As Disneyland Paris started to turn things around, Disneyland Anaheim was poised to unleash its own little disaster: Disney’s California Adventure Park. While Euro Disney’s biggest initial hurdle was a negative existing brand image, California Adventure’s biggest threat was incredibly positive existing brand image that led to towering expectations that the half-baked park had no chance of living up to – at least, not right away.

The struggling, brand-tarnishing California Adventure threw its own Hail Mary pass for its 10th anniversary with the announcement of a $1.1B expansion/relaunch that acknowledged a majority of the park’s flaws while simultaneously proposing to fix them all; a great first step in the right direction. New major rides and atmospheric developments would arrive each year for the next five years, capped off by the climactic debut of Disneyland Resort’s new bread-and-butter – Carsland: a sweeping, sensory, field-of-vision-filling, Tokyo DisneySea-caliber expansion, festooned with a canonically accurate collection of rides, restaurants, and shops, and anchored by the flawlessly executed TestTrack-style phenom, Radiator Springs Racers. Disneyland Resort finally got the next-gen, high-speed attraction that it deserved (and that Rocket Rods failed to deliver), where the protracted dark ride sequence depicting a fully-realized Radiator Springs is outshined only by the ride’s exhilarating and scenic race through Ornament Valley. If your car doesn’t win the first time? Try, try again. If your car wins? Go double or nothin’; this ride warrants a rematch regardless. 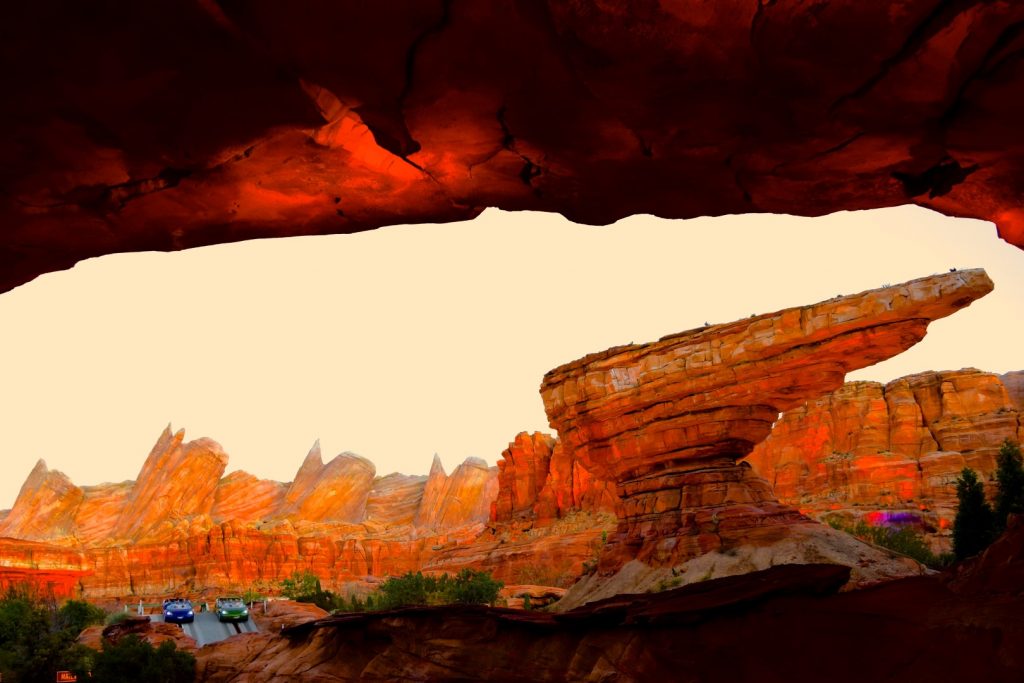 Though stemming from circumstances nowhere near as dire as California Adventure’s, Hong Kong Disneyland’s we-can-do-better care package came with some integral elements that the park had been missing, particularly: an area with an American west aesthetic and an outdoor roller coaster.

Ready to shake up the formula, Disney traded out Frontierland for Grizzly Gulch and Big Thunder Mountain Railroad for Big Grizzly Mountain Runaway Mine Cars. Made from a healthy mix of California Adventure’s Grizzly River Run and Animal Kingdom’s Expedition Everest (SPOILER ALERT: that one’s next on the countdown), the sprawling Big Grizzly Mountain Runaway Mine Cars (almost as sprawling as its name) threads riders in and out of a wide network of caves and caverns below – and occasionally above – the impressive midway configuration that composes Grizzly Gulch (and affords excellent views of the coaster). Ready for a conventional runaway-mine-train-themed roller coaster? Too bad. Things may start out like a more-naturalistic Big Thunder Mountain, but before long the traditional mine train coaster formula derails like a busted coal car (Haha. A little mine train humor there for ya) and ends up sending riders backward into the unknown (usually to the horrifying surprise of at least one passenger who wasn’t aware in advance that flying down the side of Grizzly Mountain in reverse is intentional). An even bigger surprise awaits once the mine cars seemingly come to rest inside a Grizzly-infested cave. Also, dynamite is involved (it’s worth mentioning that this ride also has a wee pinch of California Screamin’  in there). SURPRISE! The mine cars erupt from the cave geyser-style and race back into the belly of Grizzly Peak. The whole experience is almost has harrowing as finishing a bag of Hong Kong Adventureland’s signature homemade squid jerky. 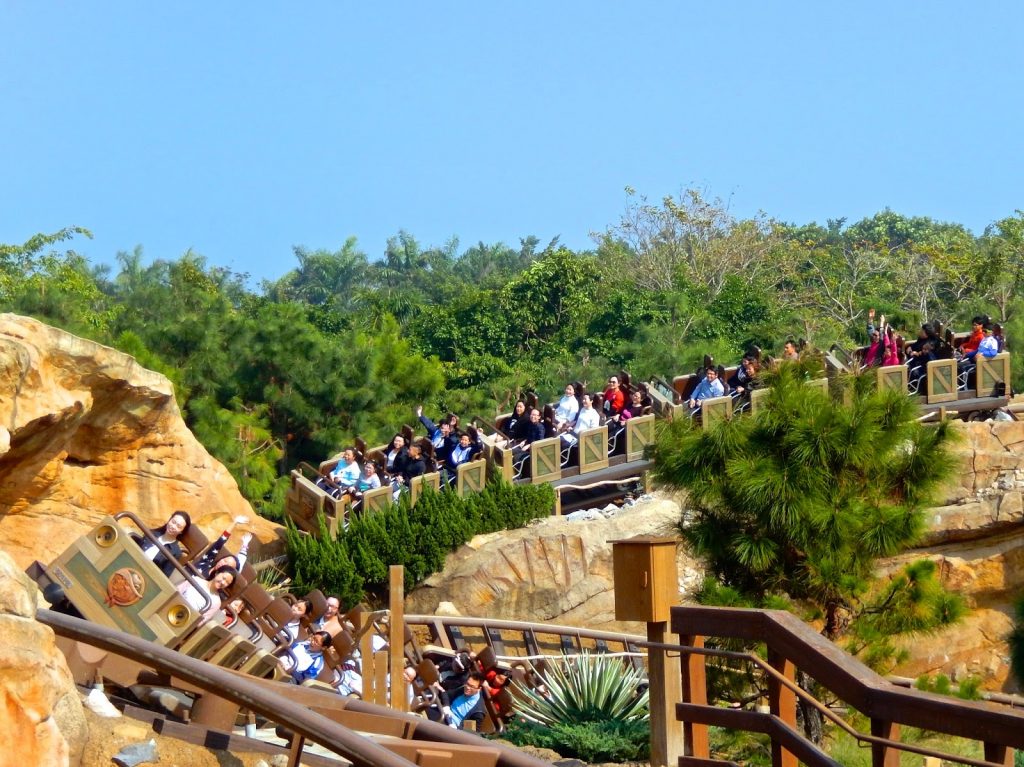