Kicking off the Worldwide Walt Disney Attractions Top 20 is our oldest honoree, and the only one to open with the original Disneyland on July 17th, 1955 (Sorry Jungle Cruise and Peter Pan’s Flight; we still love you).

Mr. Toad’s Wild Ride is perhaps the best example of an early Disney theme park tradition: small, film-based Arrow Development dark rides inside Fantasyland. Along with Alice in Wonderland, Mr. Toad’s Wild Ride is unique to Disneyland (although a pair of Toad counterpart rides did open with Walt Disney World; replaced with the very first The Many Adventures of Winnie the Pooh dark ride). Of the Fantasyland dark rides, Toad’s intellectual property is the most obscure, originating from the late WWII–era package film The Adventures of Ichabod and Mr. Toad. Despite this, Mr. Toad’s Wild Ride has a passionate cult following that grows with each passing year, due in no small part to its series of mystifying and eyebrow-raising events, including: plowing through a fire place, almost running over a police officer, visiting a bar, and culminating within the fiery pits of hell. 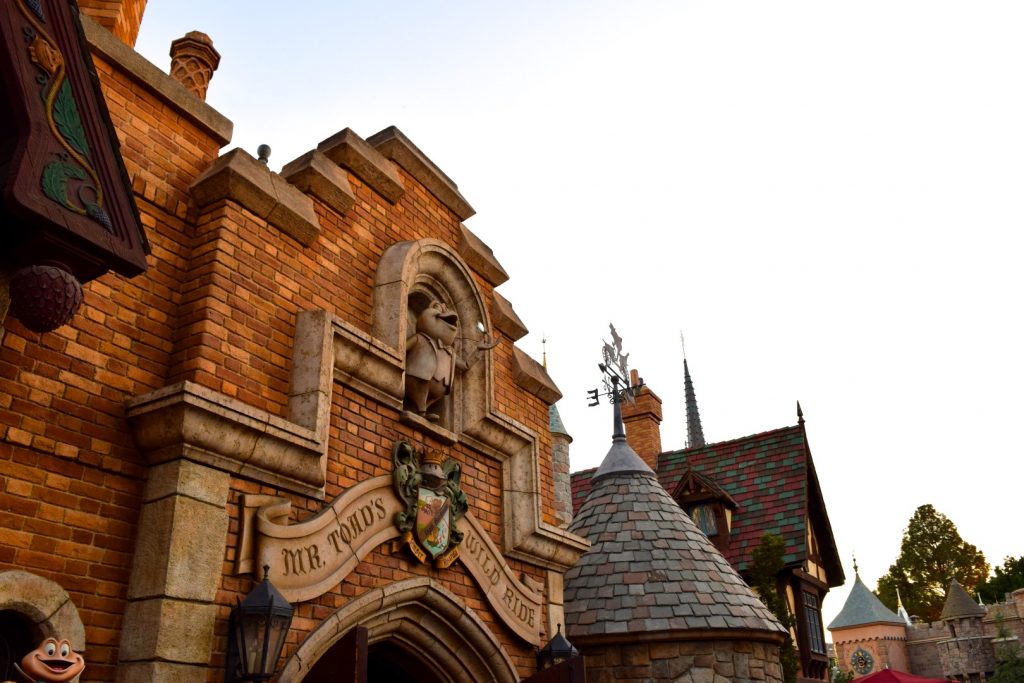 19. Frozen Ever After, EPCOT

Next is one of Disney’s latest attractions, Frozen Ever After : A mildly thrilling flume ride inside the Norway Pavilion of EPCOT’s World Showcase.

Early EPCOT fans will recall the Maelstrom flume ride from which Frozen Ever After was devised (just a few months after the globally renowned film first hit theaters), but make no mistake – this is no mere thematic overlay. Frozen fans and critics alike can agree on the sharp and thorough execution of this small-B-list-ride-turned-resort-superstar; no corners were cut in developing the sequences used to recount the story of how serial shut-in Anna and her troubled sister Elsa each embark on a wild goose chase to find themselves. Musical numbers are king on this frostbitten ferry, so earplugs may be necessary for those who wish to save themselves from having to hear “Let it Go” for the 73,856,921st time, but make a point of bearing through the music (and the battle royal brawling for FastPasses) to see some of Disney’s most impressive animatronics to date. (Side note: this was originally meant to be #20 on the list, but let’s be honest; half of you would have turned right around if Frozen was the first impression.)