1999’s The Many Adventures of Winnie the Pooh at Magic Kingdom did lots of things: it reflected the world’s undying love for A. A. Milne’s characters and stories, highlighted Walt Disney’s celebrated adaptations of Pooh and friends, led the way for 100 Acre Wood attractions at all U.S. and Asian Disney parks, and, perhaps most notoriously, killed Mr. Toad’s Wild Ride and earned itself the vehement disdain of virtually all North American Disney diehards. The delightful-ness of the first Pooh ride was lost on most Mr. Toad fans until the Anaheim version debuted in place of a far less integral attraction (The Country Bear Jamboree ship had pretty much sailed out of Anaheim anyway).

Shortly after Pooh opened in Orlando, a Pooh #2 opened in Tokyo (replacing the vacant Fantasyland Sky Ride station) to uproariously positive feedback from literally (basically) every carbon-based lifeform blessed enough to find themselves inside one of the Japanese resort’s fleet of hunny pots. The reason? This was no mere copy of the first Pooh ride (although the Anaheim, Hong Kong, and Shanghai versions more-or-less would be); Pooh’s Hunny Hunt was Disney’s new secret weapon. When word spread that Tokyo’s new Pooh ride was the greatest thing since honey on toast, people were baffled for two main reasons: “What’s so great about this new type of ride?” and the follow-up “If trackless LPS is so amazing, then why make Pooh’s Hunny Hunt? Why not something cool?” With the answer to the first question opening up the floor to countless possibilities, the answer to the bigger second question is found within the nature of the Japanese zeitgeist: Nothing is cooler than cute, and nothing is cuter than Winnie the Pooh. Ergo, the only place cool enough for the very first trackless dark ride was obviously the 100 Acre Wood. 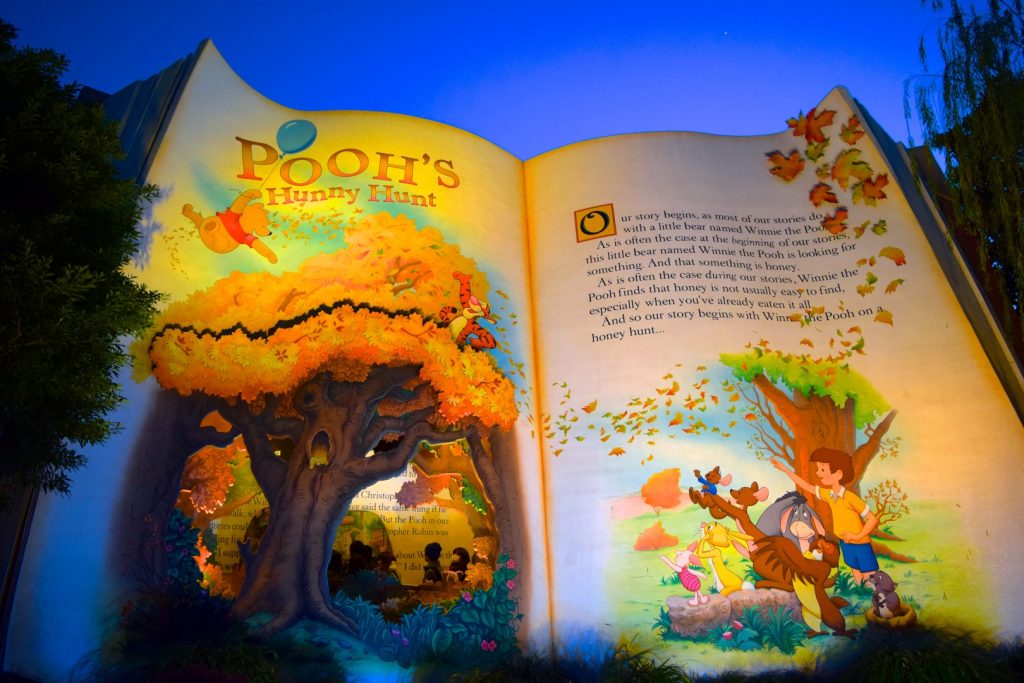 Like Phantom Manor, the 4th/final/greatest Big Thunder Mountain anchored the sensational but stifled “Euro Disney Resort” back in 1992. Each Big Thunder shares the same basic layout, but Paris’s really goes the extra half mile (literally).

It’s no secret that Disneyland Paris was the biggest budget-buster in the history of Disney, which tragically coincided with the resort’s longtime failure to perform (most notably due to a negative pre-existing brand image). Setbacks the resort faces to this day are reflected by sluggish major attraction investment in the past 20 years, but attractions built in its first 5 years reflect the jaw-dropping initial push to make “Euro Disney” a success. Nowhere is this more true than Big Thunder Mountain, whose curb appeal is boosted exponentially by its location in the center of the Rivers of the West (in place of Tom Sawyer’s Island; On the Adventureland/Frontierland border is Adventure Isle, a similar area residing where Big Thunder might’ve sat in a concept more akin to previous Disney parks).

Unlike Tom Sawyer’s Island, the Paris Big Thunder doesn’t need rafts for access en-masse; instead, the 2x-larger-than-any-other-BTM coaster simply tunnels under the river like it’s no big deal. The splash sequence found at the end of all other Big Thunders is moved to the first half of the Paris version, and the finale for Paris Thunder comes in the form of a lengthy 40mph dash amid the dark depths of the river tunnel, after which it rockets out of a small shack near the ride’s entrance. This maneuver remains one of the only instances where you’ll find consistent, uproarious applause from members of the general public on every train. The takeaway here is that there are two kinds of Big Thunder Mountain fans: fans who consider the Paris version the very best, and fans who haven’t ridden it yet. 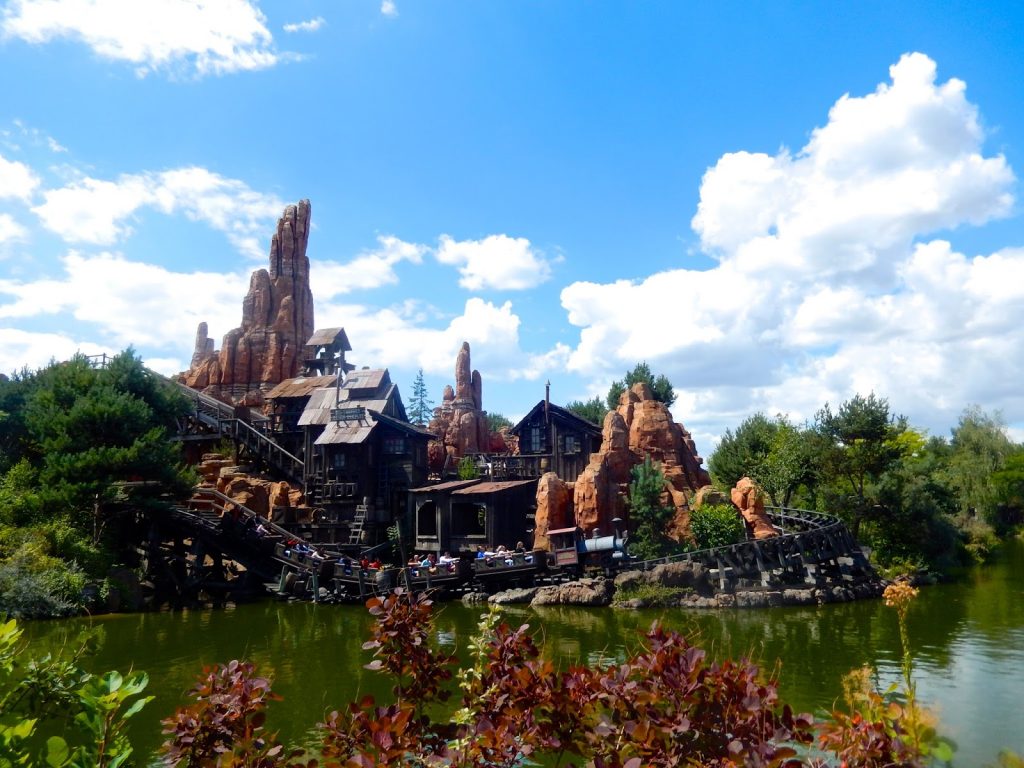