Take a wild tour through Lord Henry Mystic’s Manor-turned museum, guided by his ultra-mischievous pet monkey, Albert, and check out the archive’s newest addition: a music box that is fabled to bring inanimate objects to life with its enchanting tune. What could possibly go wrong?

Following the disaster that was Euro Disney, the Hong Kong follow-up was by far the most conservative of Disney’s new resort concepts. Even the original Disneyland had more to do on its opening day than the tiny but infrastructurally well-founded Hong Kong Disneyland Resort when it opened exactly 50 years, 1 month, and 26 days later. The fiscally safe resort was ultimately deemed underdeveloped, so together with the city of Hong Kong, Disney quickly launched a major expansion to the minuscule kingdom featuring no fewer that two E-ticket attractions that were to remain exclusive to the Hong Kong park by order of the government.

The Haunted Mansion-less Hong Kong Disneyland found a curious counterpart in the form of the forever-one-of-a-kind Mystic Manor, marking the long awaited second installation of an LPS trackless dark ride when it debuted in 2013. The ride’s high status is due in no small part to its unique intellectual property, which, as a result of an ever-growing list of marketable Disney franchises, makes it a rare counterpart of other original-character rides like EPCOT’s Journey into Imagination with Figment and Tokyo DisneySea’s Tower of Terror (which happens to take place in the same universe as Mystic Manor. Harrison Hightower was a colleague of Lord Henry Mystic and fellow member of the Society of Explorers and Adventurers before his mysterious disappearance). 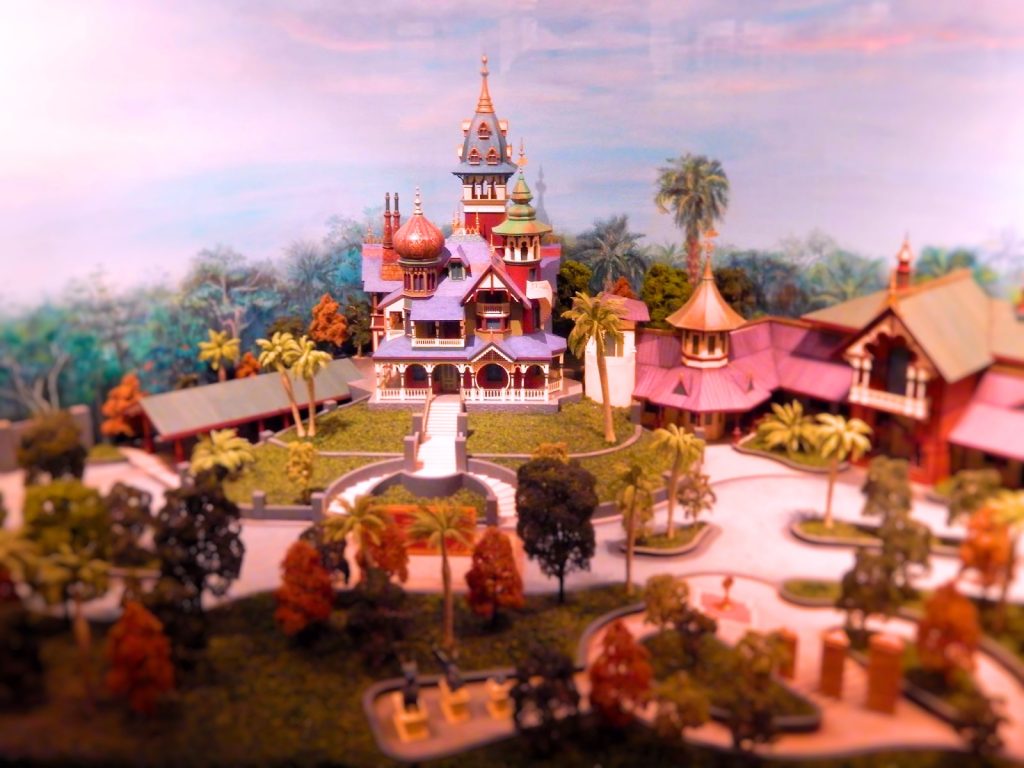 The traditional execution of Mystic Manor further elevates its status: of the 3 LPS dark rides, Mystic Manor relies the most on intricate audio-animatronics to bring Lord Mystic’s cornucopia of artifacts to life when Albert opens the music box (which is exactly what Lord Mystic told him not to do). Surprises await in every corner of Mystic Manor as you and 15 other guests glide seamlessly through its winding halls aboard Lord Mystic’s patented “Mystic Magneto electric carriages” (winner of the Paris Exposition of 1900). Subtle references to past audio-animatronic masterpieces await explorers amid the countless antiques and artifacts, but, like all great dark rides, it’ll take more than one trip through the Mystic Manor to see them all.

The development of dazzling new dark ride locomotion technology doesn’t mean the sun is setting on the traditional dark ride. On the contrary; who would have thought that the game-changing Pooh’s Hunny Hunt would later be outranked by a simpler ride just a few paces away?

Join Mike, Sully and Boo (and Randall, who was not invited) for a rousing game a “flashlight tag” through Monstropolis. The city’s newfound human tourist initiative (or something like that) has led to the development of specially-designed trams to shuttle guests armed with flashlights around the bustling city. A next generation Buzz Lightyear Blasters-style ride, Ride & Go Seek replaces targets with “Monsters, Inc.” hard hats worn by everyone participating in the game; shine your flashlight on each hat’s large letter “M” to reveal a cheeky monster hiding in the shadows! The concept is easier, smoother, and more charming than any shooting dark ride before it, though scorekeeping has been eschewed, as has a trigger/firing mechanism for the ride “weapon” (the flashlights automatically remain on for the duration of the ride). The lack of a competition element on Monster’s Inc. Ride & Go Seek hinders not the beloved ride (and was the first thing to remotely take the public’s attention off of DisneySea); its hilarious story, charming presentation, and sheer number of guest-activated animatronic gags is enough to make you want to blow an entire day’s worth of FastPasses on re-rides. 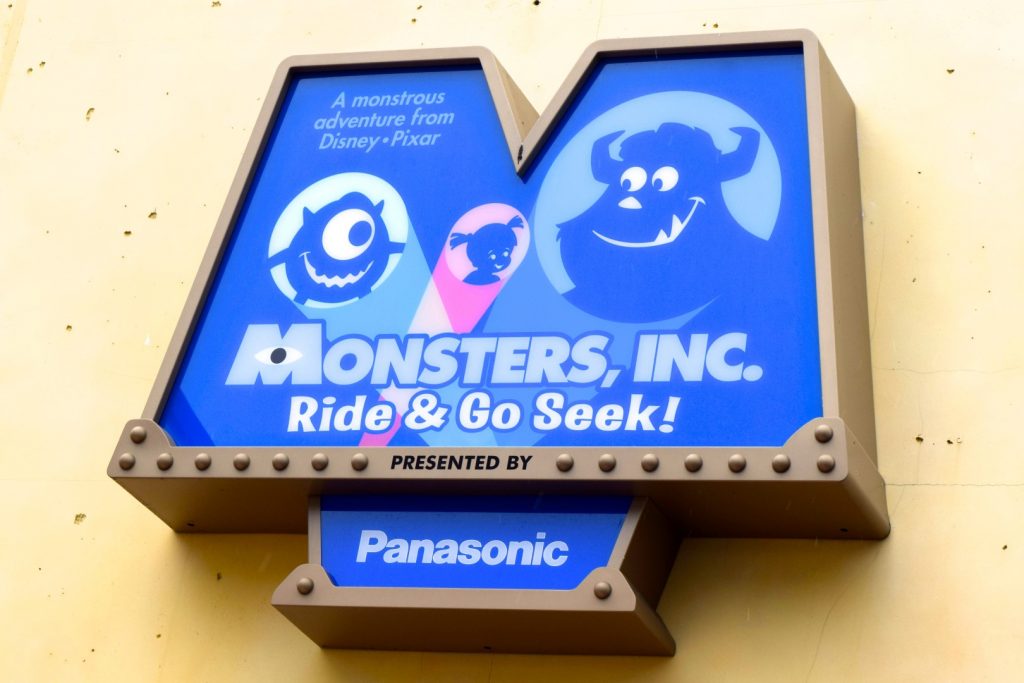