Shortly after Disneyland opened, Walt began toying around with the idea of installing a bobsled run on the small hill between Tomorrowland and Fantasyland. In 1956 came an ugly new Disneyland Skyway support tower, and with it a need for the new attraction to disguise the tower, turning the project into a rather large, lengthy, and thrilling concept (by which point Walt questioned the success of a thrill ride in his family-oriented park). It was no longer practical to employ the use of snow or actual sleds, but rather a freshly patented prototype roller coaster system comprised of tubular steel rails. Prior to Matterhorn, steel roller coasters ran on flimsy, flat rails that could only support shallow drops and modest speeds. Early steelies were also quite short in length, as lightweight, low capacity vehicles were all they could safely run. With the advent of both the tubular rail system and the segmented “block brake” system (which allows multi-vehicle operation without the threat of a collision in the event of a malfunction), the mighty Matterhorn Bobsleds single-handedly launched the steel roller coaster industry as we know it, propelling Arrow Development (and further propelling Disneyland) to international superstar status. 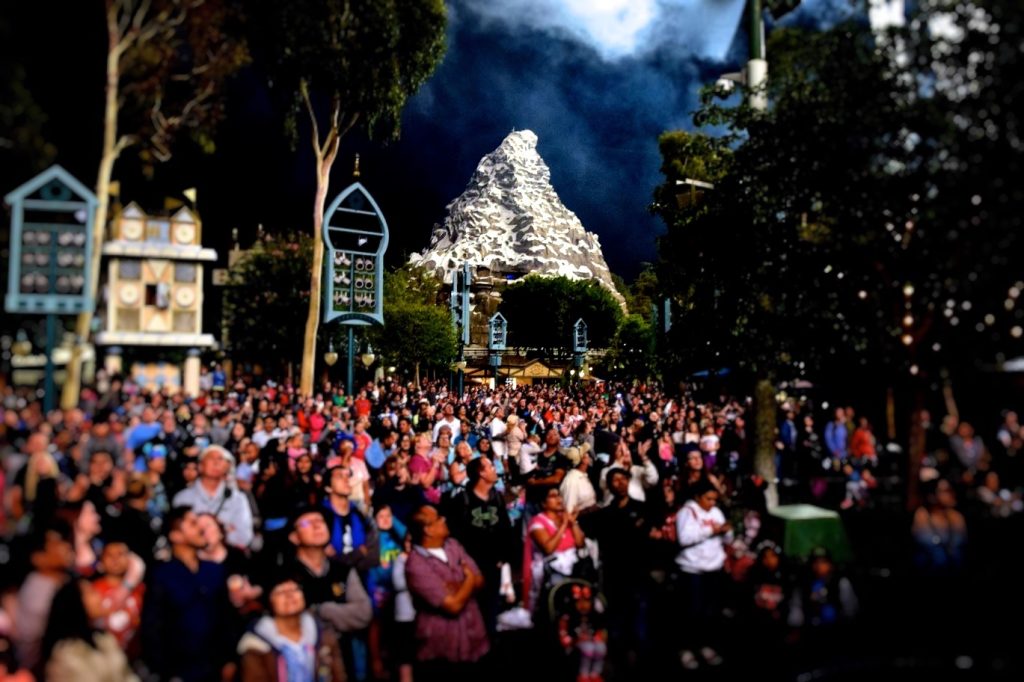 The thematically enthralling Matterhorn we know today came in 1978 with the addition of its twinkling snow cavern network inhabited by the constantly roaring abominable snowman (known by the Cast Members as “Harold”). The exposed chicken wire and rebar interior of the pre-1978 Matterhorn is hardly missed, but the same cannot be said for the pre-2012 rolling stock, which, though lower in capacity, was more spacious for larger riders and more appealing to couples and parents riding with small children. A major restoration for Disneyland’s 60th anniversary saw new effects, improved vehicle comfort, and the return of Matterhorn’s original color scheme (which is about 60/40 white and gray, as opposed to the increasing white scheme that had spread with each repaint). Ready to take a spin on SoCal’s tallest and snowiest steel peak? You’ve got two totally unique bobsled runs to choose from: the terrific “Tomorrowland Side” and the fabulous “Fantasyland Side” (the identifiers, though unofficial, are the preferred way to differentiate the two coasters. For a slightly gentler experience, start with the Fantasyland Side. For maximum thrills, follow up with the superior Tomorrowland Side).

The world’s most visited theme park finally received its highly anticipated and much needed 4th roller coaster in spring of 2014 along with the well deserved, full scale reimagining of Fantasyland.

Short in stature but big in charm (much like the dwarfs themselves), Seven Dwarfs Mine Train opened to rave reviews from families and the most overwhelming FastPass response to date (later overtaken by Frozen). The custom swinging cars work overtime by providing both an ingenious thematic touch and the world’s smoothest coaster ride, and its 2000ft of track lands the coaster in an ideal weight class between Goofy’s Barnstormer and Big Thunder Mountain Railroad. Sandwiched between two spirited coaster jaunts is a blockbuster dark ride sequence that makes the ride a fitting replacement for the retired Snow White’s Scary Adventures dark ride. The technically identical Seven Dwarfs Mine Train in Shanghai Disneyland features a single rider line (yay), but lacks interactive queue activities, 360º midway envelopment (although that could change as Fantasyland Shanghai continues to grow), and the large scene of Snow and Dopey dancing in the dwarfs’ house at the end of the ride (which was salvaged from Snow White’s Scary Adventures; The Shanghai version has a few smaller animated elements instead). 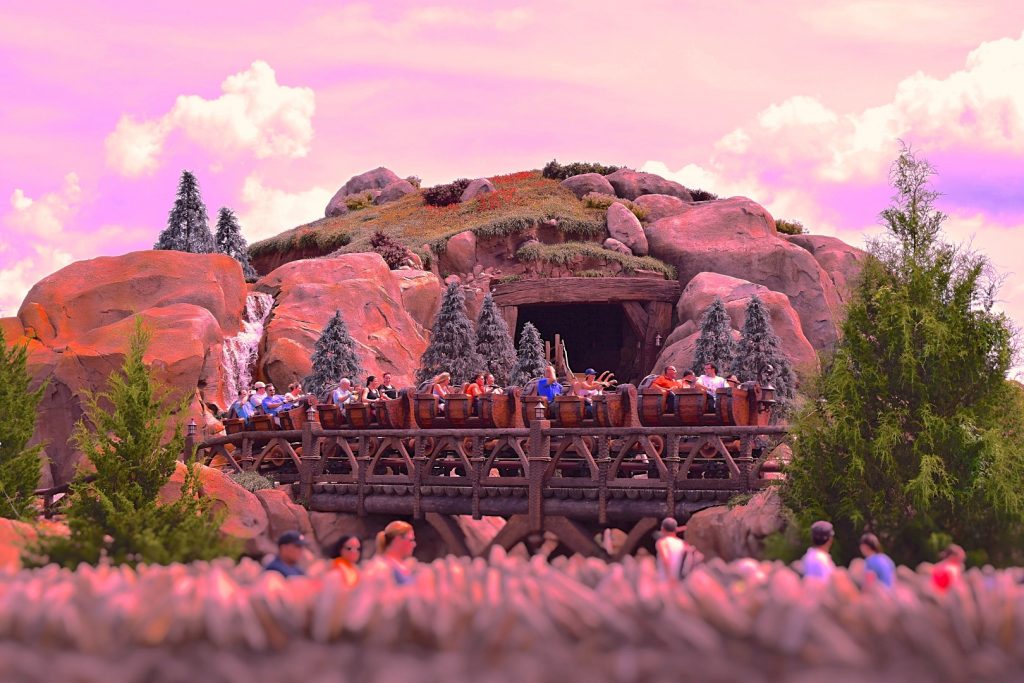