We’re fortunate enough to have ridden all traditional Giga coasters in the world (that means lift-hill followed by several additional elements). We figured we may as well create a ranking of them all! We know our opinion can be a bit shocking at times, thus we asked Instagram followers on @thecoasterkings to guide is in creating this list. Some of the poll responses we just couldn’t agree with, but thank you readers for making the ranking process fun.

Before I dive into the details of each ride, we do want to point out that there really are no bad traditional Giga coasters in our opinion. The sheer size and rush of these giant steel beasts is impressive on all 6 installments, but of course, there are ones that we like better than others. Let’s get to ranking ’em:

Once upon a time Bolliger & Mabillard stated they would never build a 300 ft+ coaster. Just a few years after that statement, Cedar Fair introduced their 3rd Giga Coaster in the chain in 2012, Canada’s Wonderland’s 306 ft. tall Leviathan. Leviathan offers a great combination of big hills and fast turns but in the end some of the ride fails to live up to the looks. Though I’d comfortably state it’s the best coaster at Canada’s Wonderland, and by no means a bad experience, it does come in last on our list. 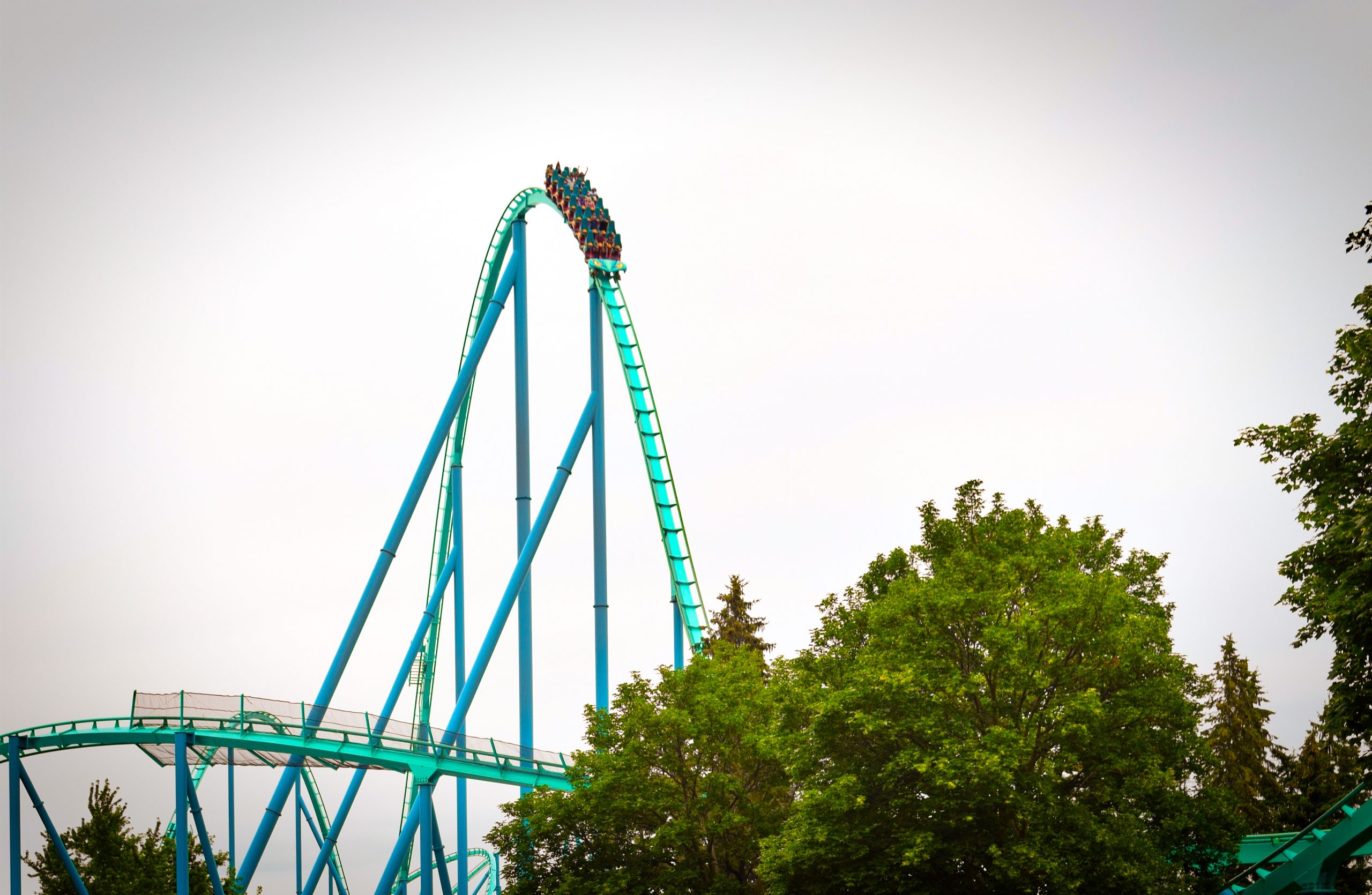 Some find Millennium Force highly overrated, and for some it is the essential Cedar Point masterpiece. We’re somewhere in the middle. Is it all that amazing? Perhaps not. But the 20 year old coaster single-handedly introduced the world to a new style of coaster and over the years has really gotten some character. Give me the Intamin rattle, scenic hills, swooping turns and that dash thru the overbanked-turn any day. 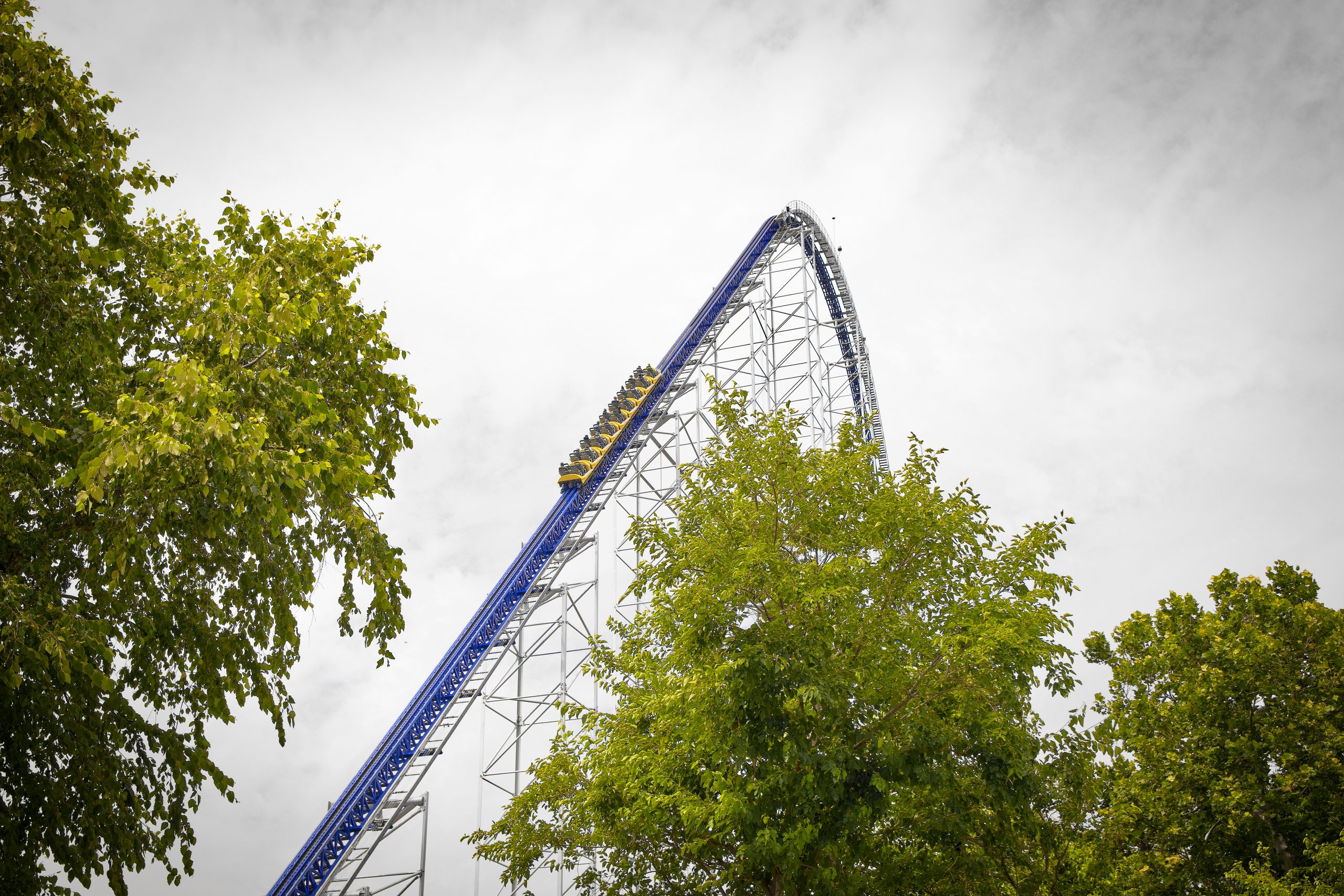 Ah, here it is. The moment our Ohio fanboys close this webpage to never look at it again. Yep, we ranked Orion higher than Millennium Force. While both stellar attractions, the coasters are quite different and if I’m being honest, Orion keeps the good times rolling a little longer. Where I find myself increasingly more bored throughout the course of Millennium Force, Orion keeps things interesting with a balanced combination of unique elements. We look at the new for 2020 Giga coaster as a combination between Leviathan and Fury 325. It cuts out some of the fluff but has a wonderful balance between lateral acrobatics and solid airtime. Your coaster does not have to be the tallest or longest to be a hit. We’d rather have every element count. 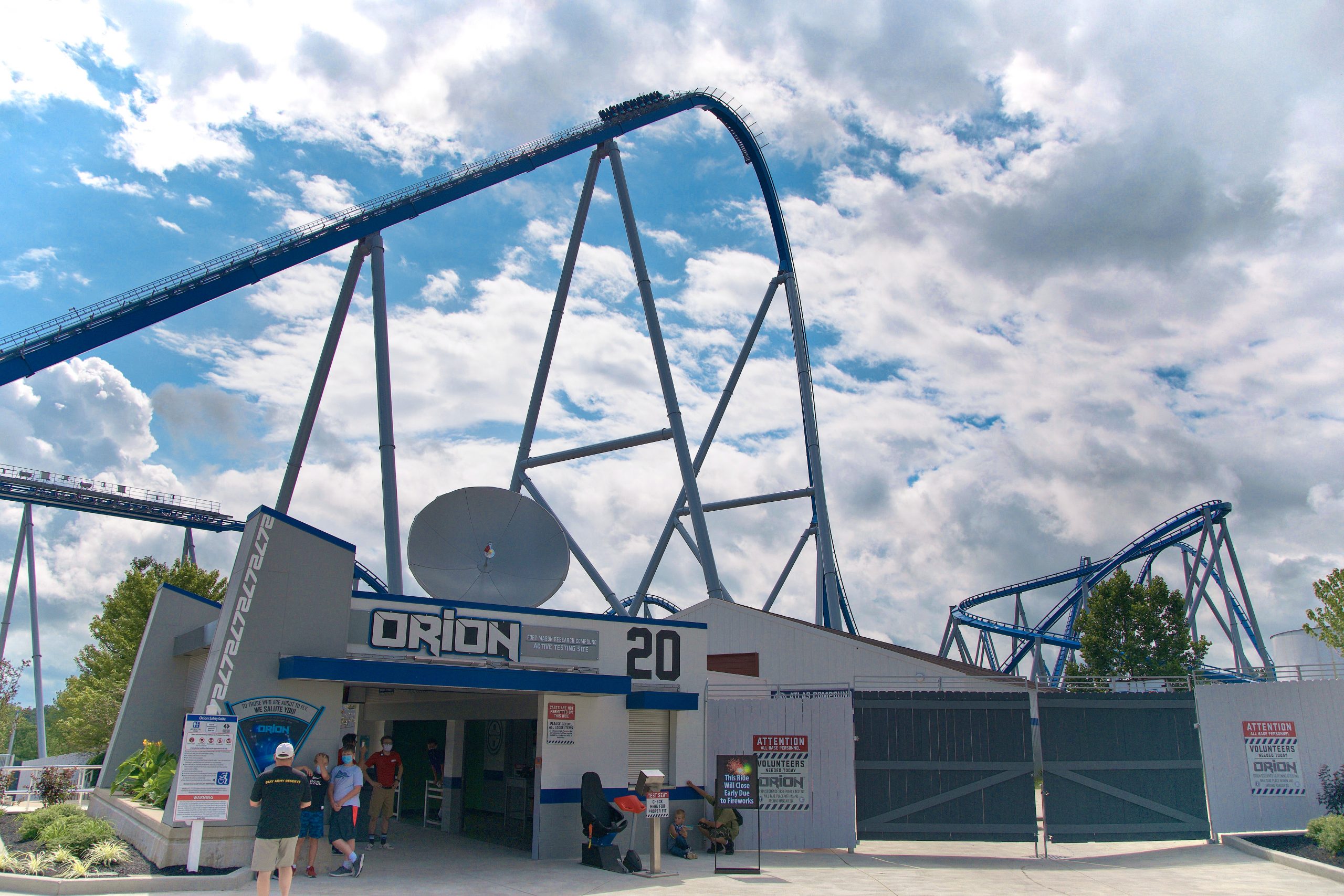 What even is this ride? This 305 ft tall Intamin coaster is so incredibly intense that the first drop received additional brakes, and the first turn was significantly elevated to reduce stress on riders, yet one will still easily grey out navigating the first turn. Intimidator 305 took a balls-to-the-wall new approach to Hyper(Giga) coasters, and sure isn’t everyone’s cup of tea. Riders better be prepared for sustained moments of positive Gs as they navigate S-turns that swing riders 180-degrees in the opposite direction. Of all the Giga Coasters out there, Intimidator 305 is by far the wildest. Perhaps too much to handle for some, but it sure leaves an impression. Airtime may take a backseat on this installment, but the experience is unlike any other. Good stuff. 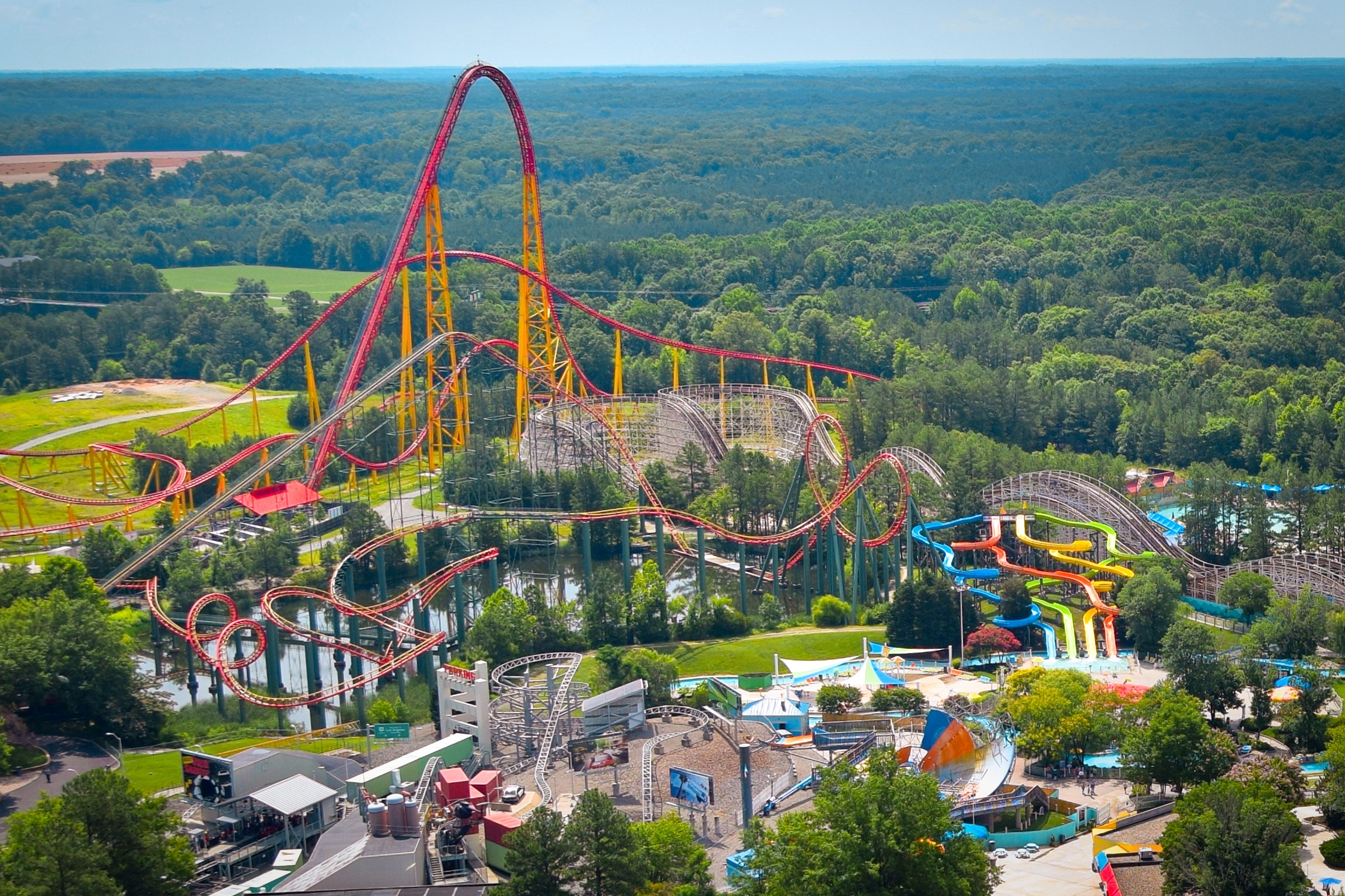 Instagram followers helped secure Fury 325 the number 2 spot! This coaster just has it all, it’s the tallest traditional Giga coaster in the world and reaches speeds of up to 95 miles per hour. Fury 325 has a fabulous layout that maintains speed all the way through while showcasing a ton of unique airtime moments. You’ll catch air in turns, over hills, in rapid transitions, etc. The ride benefits from being a complete package with a great color scheme, enough length to provide both amazing vertical and lateral elements, and overall just packs a punch. We agree with the notion that Fury 325 is one of the best coasters ever created. 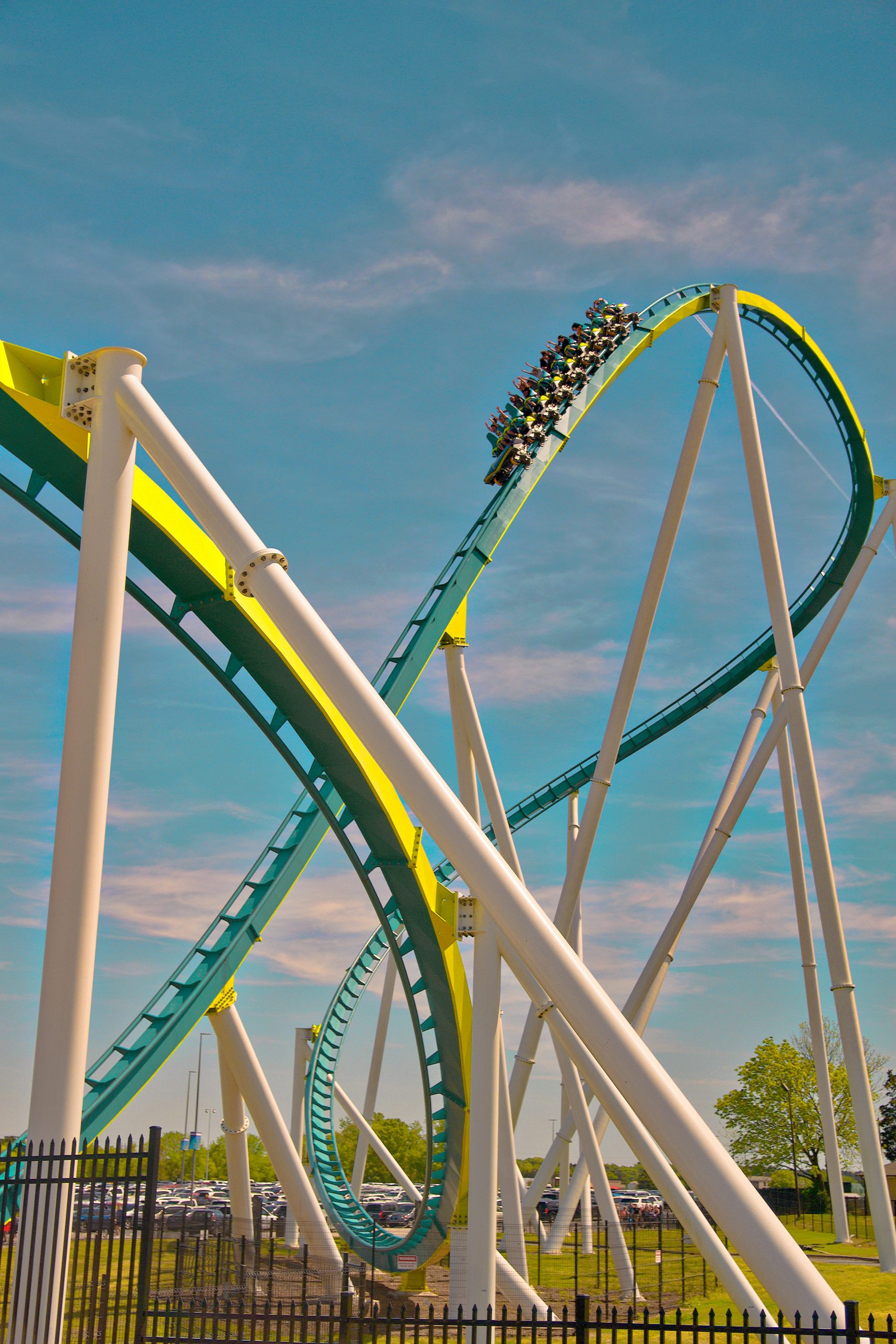 To my surprise not many voted for Steel Dragon 2000 in the polls on our social media. I do think that’s mainly due to the limited amount of followers that may have ridden this vastly-underrated beast. There is simply so much that makes Steel Dragon 2000 an outstanding experience. The ride’s superstructure is a piece of art. The sheer size and bulkiness of this 318 ft tall super structure is due to the earthquakes that frequently shake up Japan, and it adds to the impressiveness of the coaster. In addition, Steel Dragon 2000 still holds the record for longest steel coaster in the world as its track stretches 8,133.2 ft along the edge of Nagashima Spa Land. 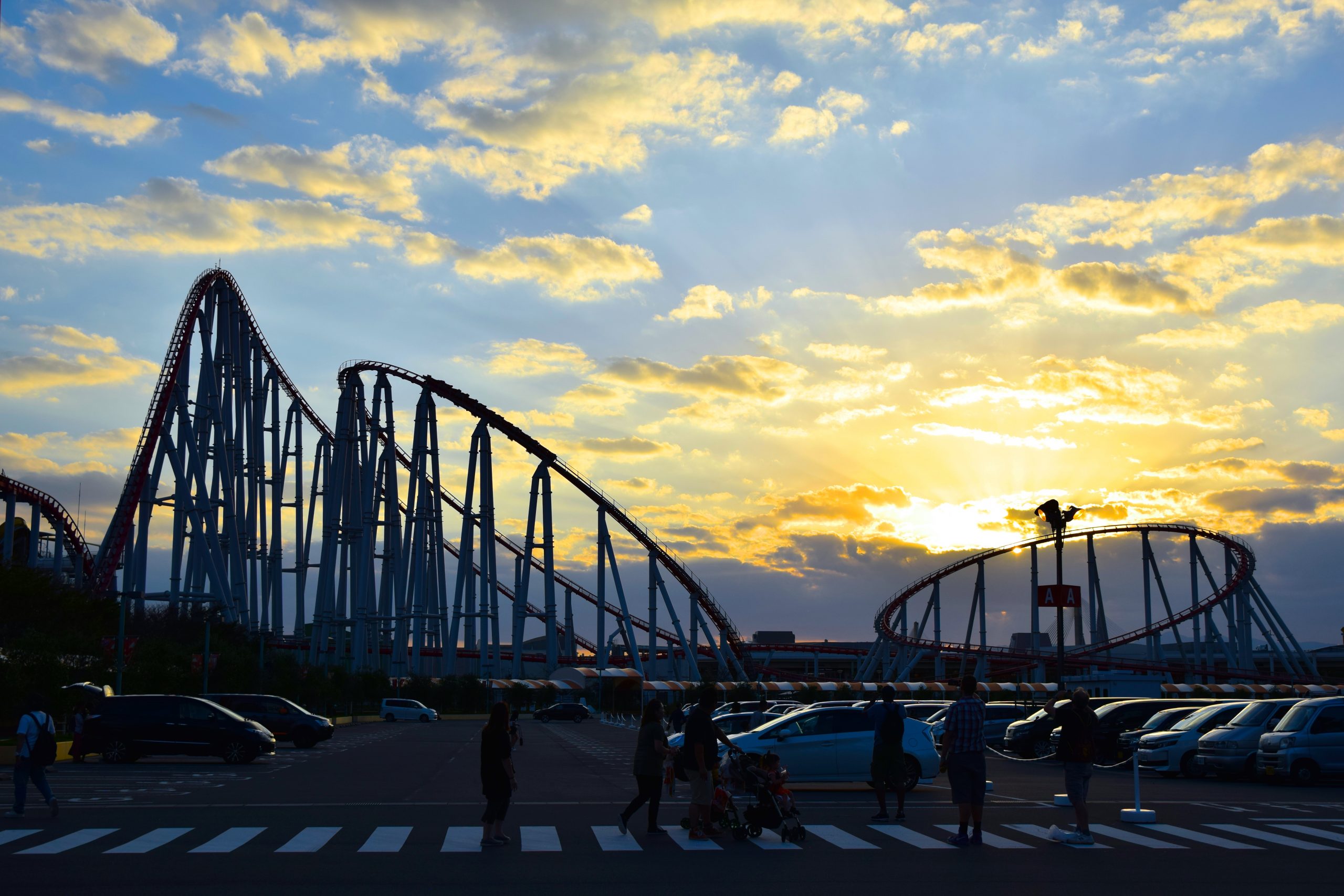 The Morgan Manufacturing coaster received new, custom B&M trains in 2013 that definitely elevated the ride experience. To ride Steel Dragon 2000 is to understand how much character and awesomeness this coaster delivers, as the ride features more airtime hills than any coaster on this list and also throws in some giant swooping turns. It’s different aspects that make this ride so wonderful (superstructure, trains, size, age, location) and thus making this coaster objectively the best Giga coaster in the world. It’s particularly wild to think that Millennium Force opened the same year. 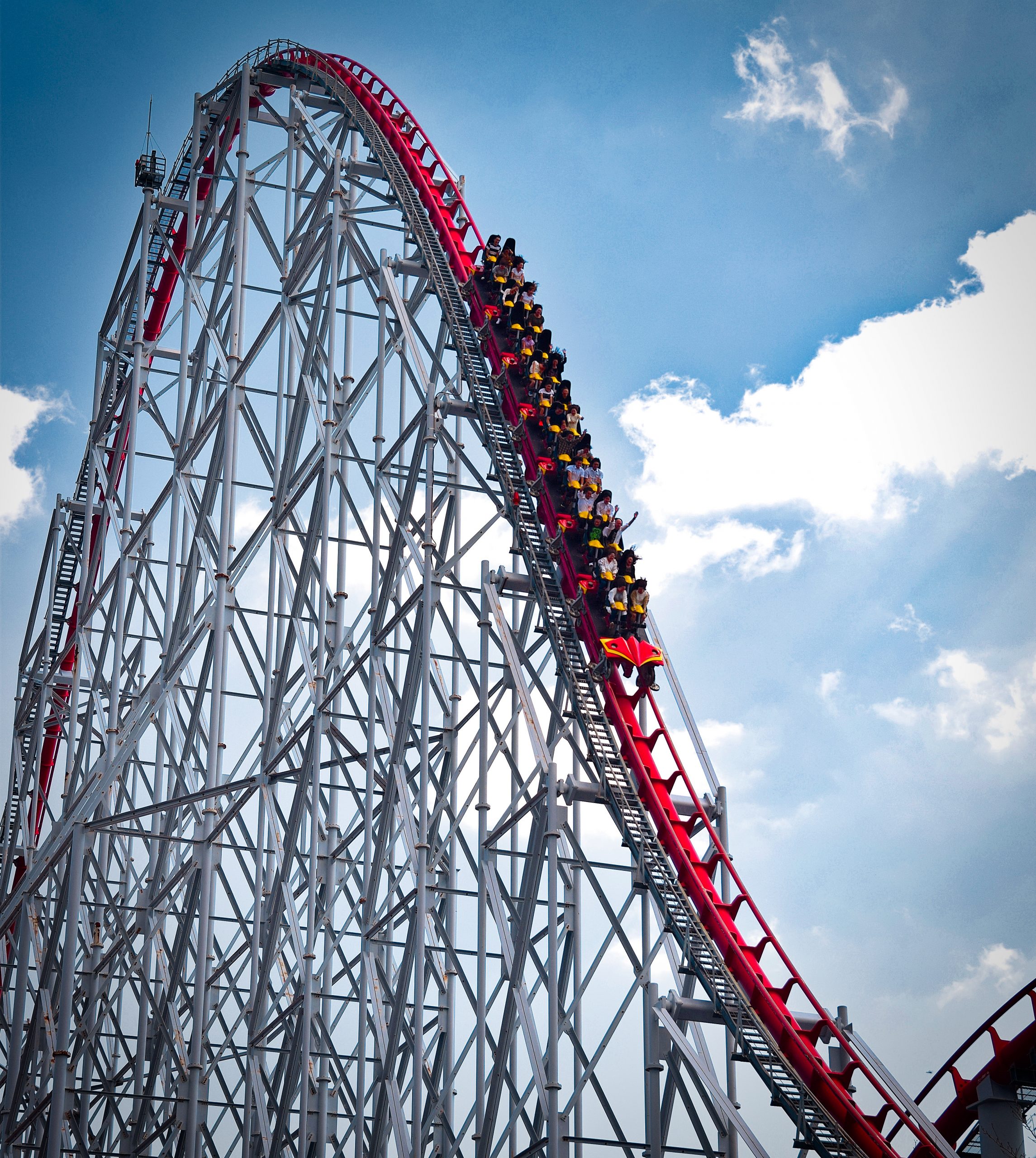 10 Replies to “All Traditional Giga Coasters in the World – RANKED”