Sven: The Belgian parks got green lit to open on July 1st. What park did we choose to visit first? Well, only Bellewaerde opened with a new coaster this year so that made it easy to choose. You might not have heard of this sister park to Walibi Belgium, Walibi Holland and Parc Astérix but well, here’s your chance to discover the mini Busch Gardens/Animal Kingdom of Belgium.

Bellewaerde Park has 6 coasters (if you count Alpine coasters), but only one with inversions. We started the day on the classic Keverbaan coaster, which is the oldest coaster in Belgium. After that, we went straight to Wakala! 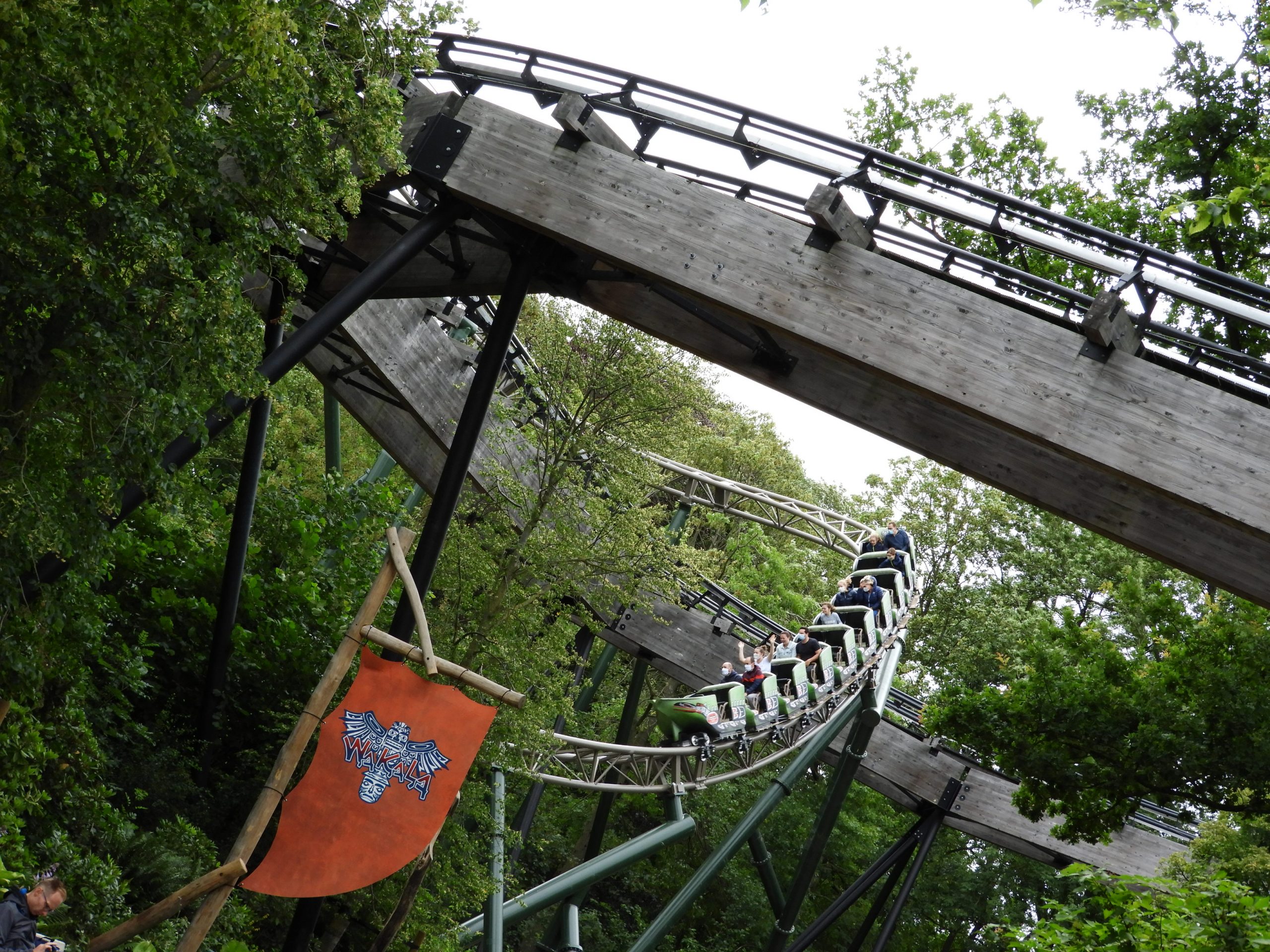 The ride is 2.165,4 feet (660 m) long, 68,9 feet (21 m) high and reaches a topspeed of 31,1 mph (50 km/h). Very much a family coaster but this Gerstlauer resembles to a light version of FireChaser Express at Dollywood and Pégase Express at Parc Astérix. Why? Cause just like those, there’s a part where the ride goes backwards! 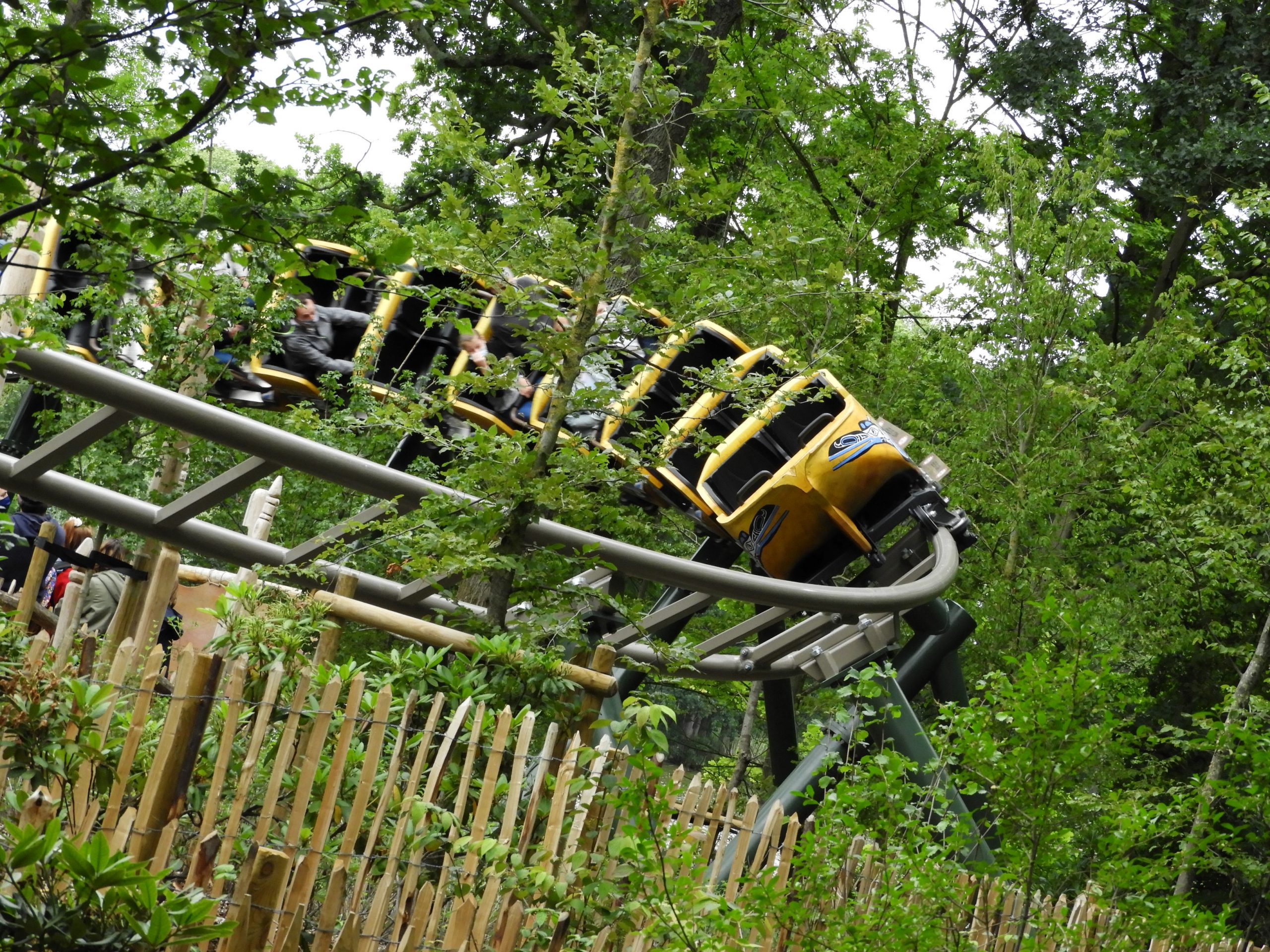 The layout starts with a lift hill after which it interacts with Dawson Duel, the double elevated Alpine coaster. Then it rushes through the green all the way to the lake with plenty of little hills. As it goes back, it runs up a tire launch section to gain extra speed for the final part of the track: the spike! 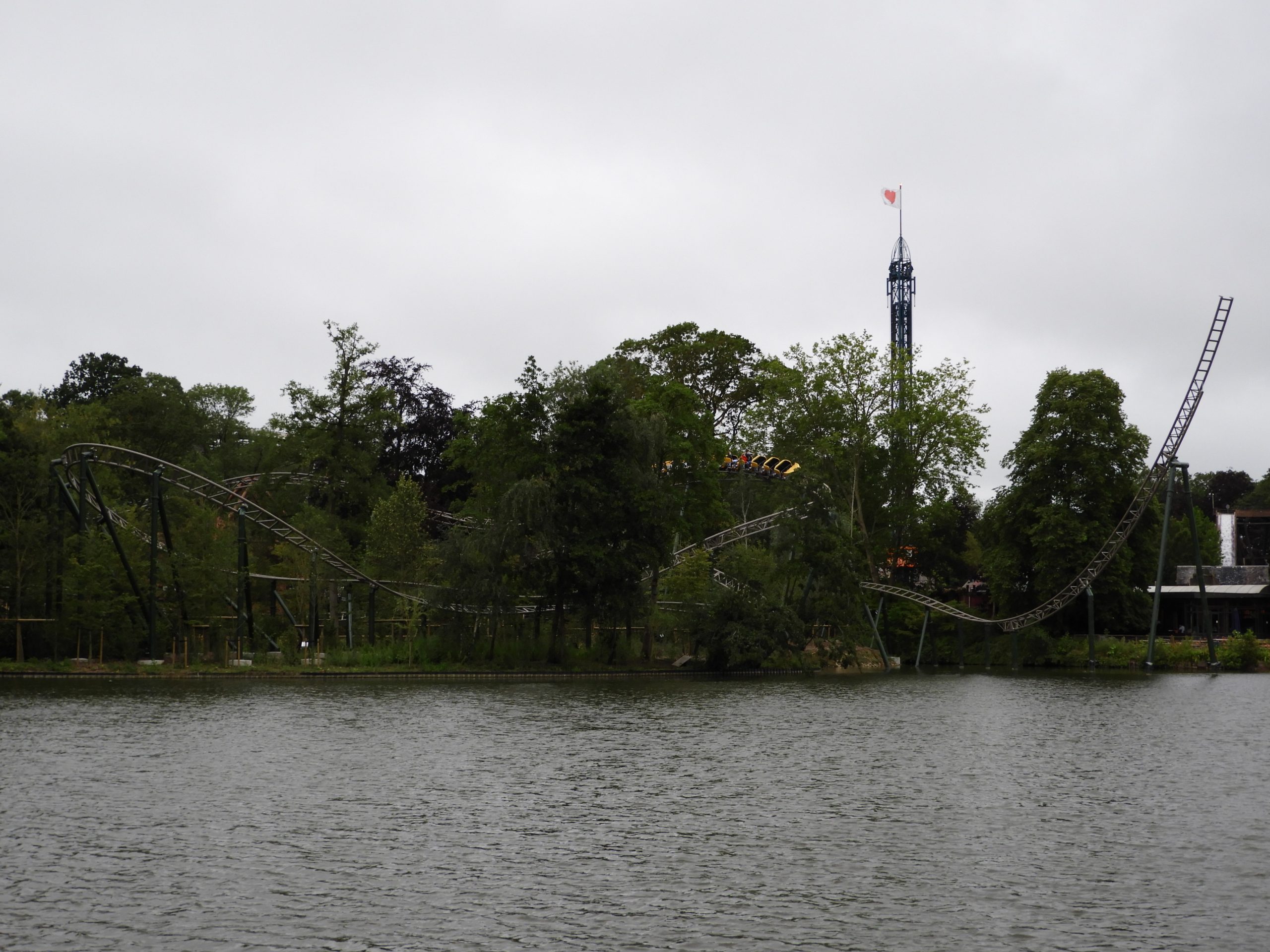 This element definitely catches the attention as the train goes up over the lake and nearly hits the end of the spike! After going backwards, it hits the brakes to return with switchtrack to the station. 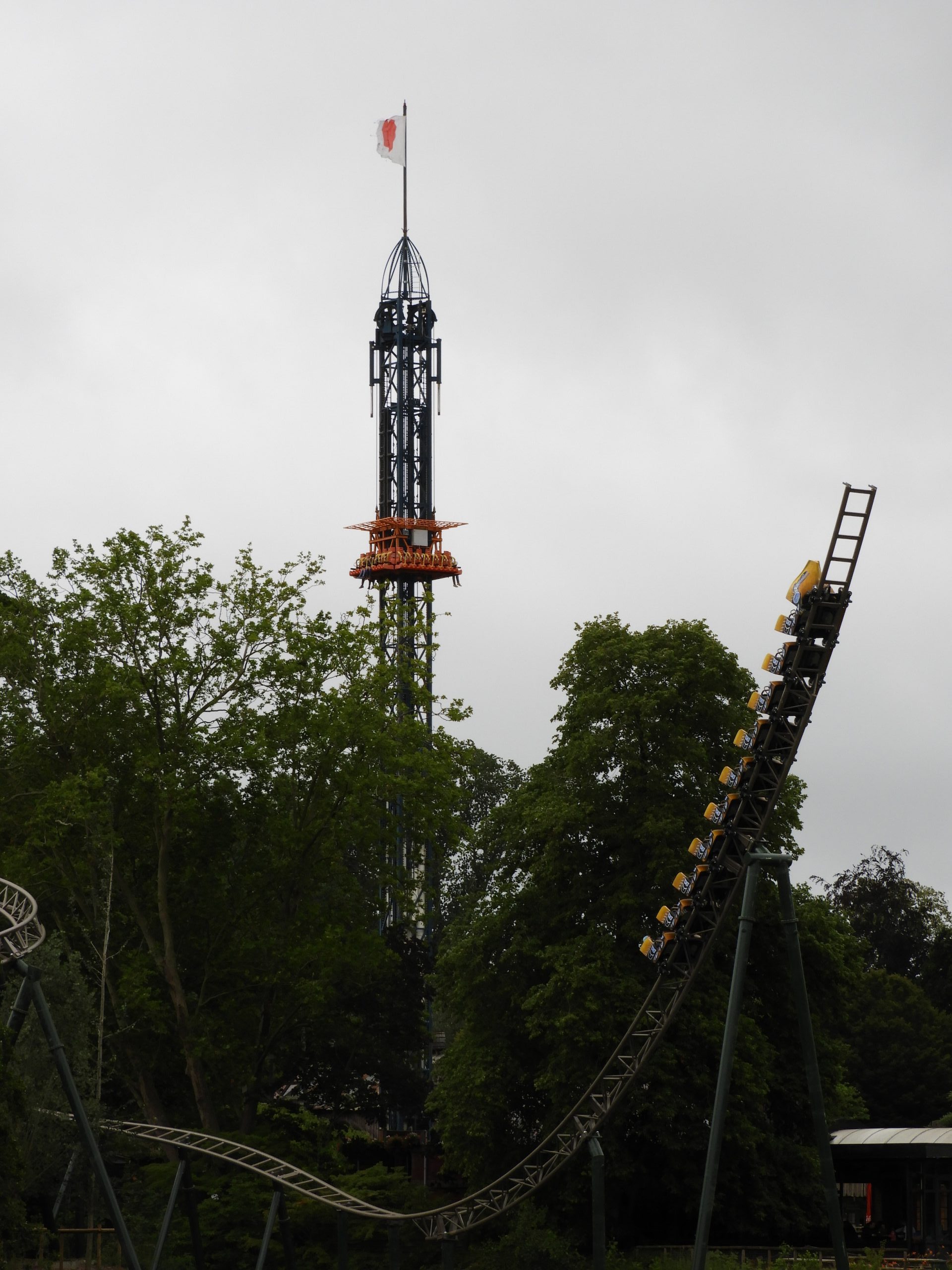 Before we head into the review of the ride (and because I have sunnier pictures from later of the day), let’s talk about the rest of the park a bit. Bellewaerde Park doesn’t only offer rides, it also has quite a few animals. One of the most iconic attractions of the park is the Bengal Express. You might think it’s just a train ride but no, it goes through the lion and tiger exhibit. However, due to a new law, they need to leave the doors open of their indoor section so that means it’s harder to spot them. All the tigers stayed inside and we didn’t see any. But, the male lion was present! 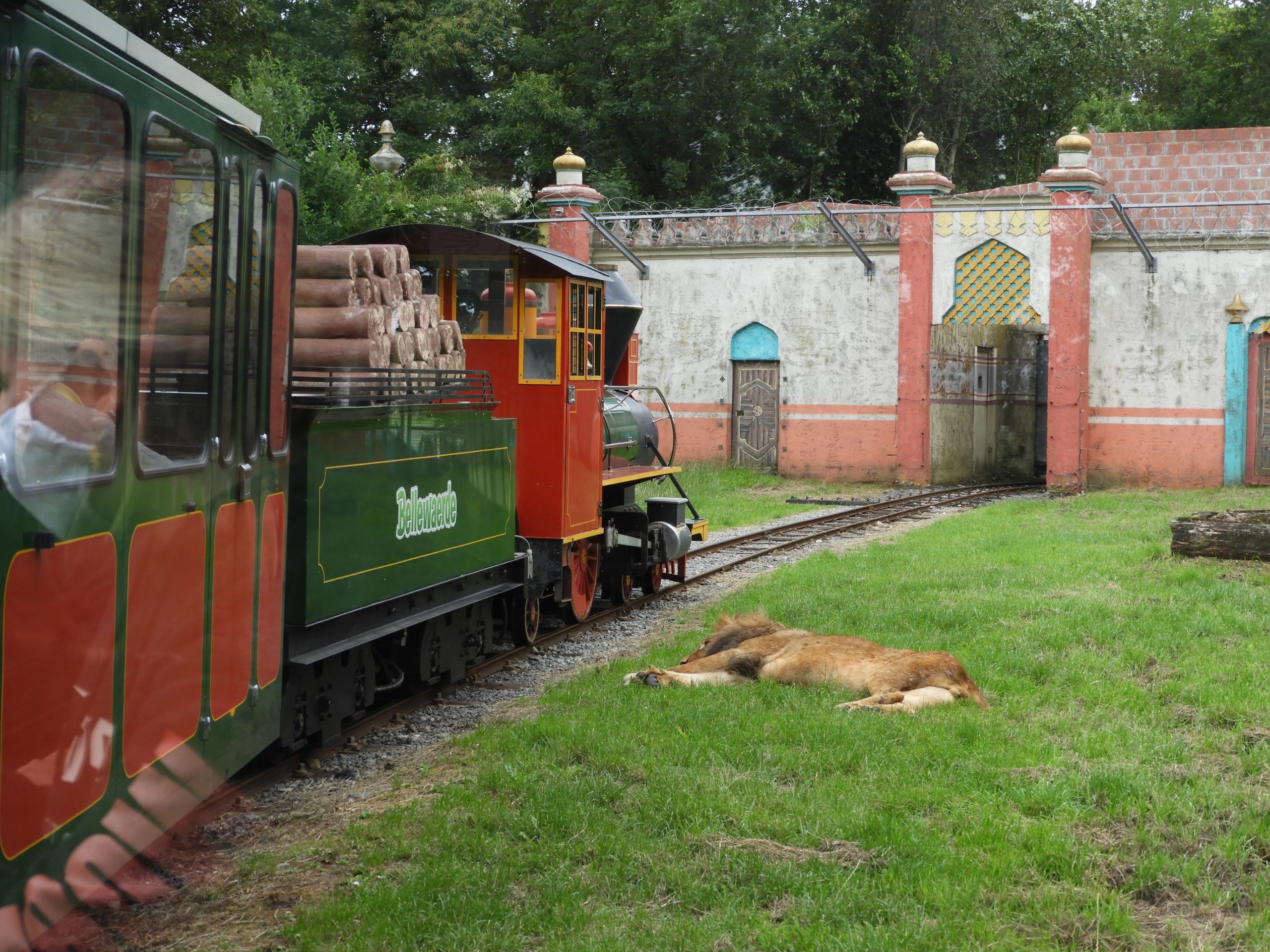 Another infamous ride: Bengal Rapid River. This Vekoma rapid has unique boats where there’s a tube in the middle that holds the four seats in place. Because of that, it gives a different sensation while going through the water. Walibi Holland used to have the same boats but they were brought here as they got Hafema boats instead. 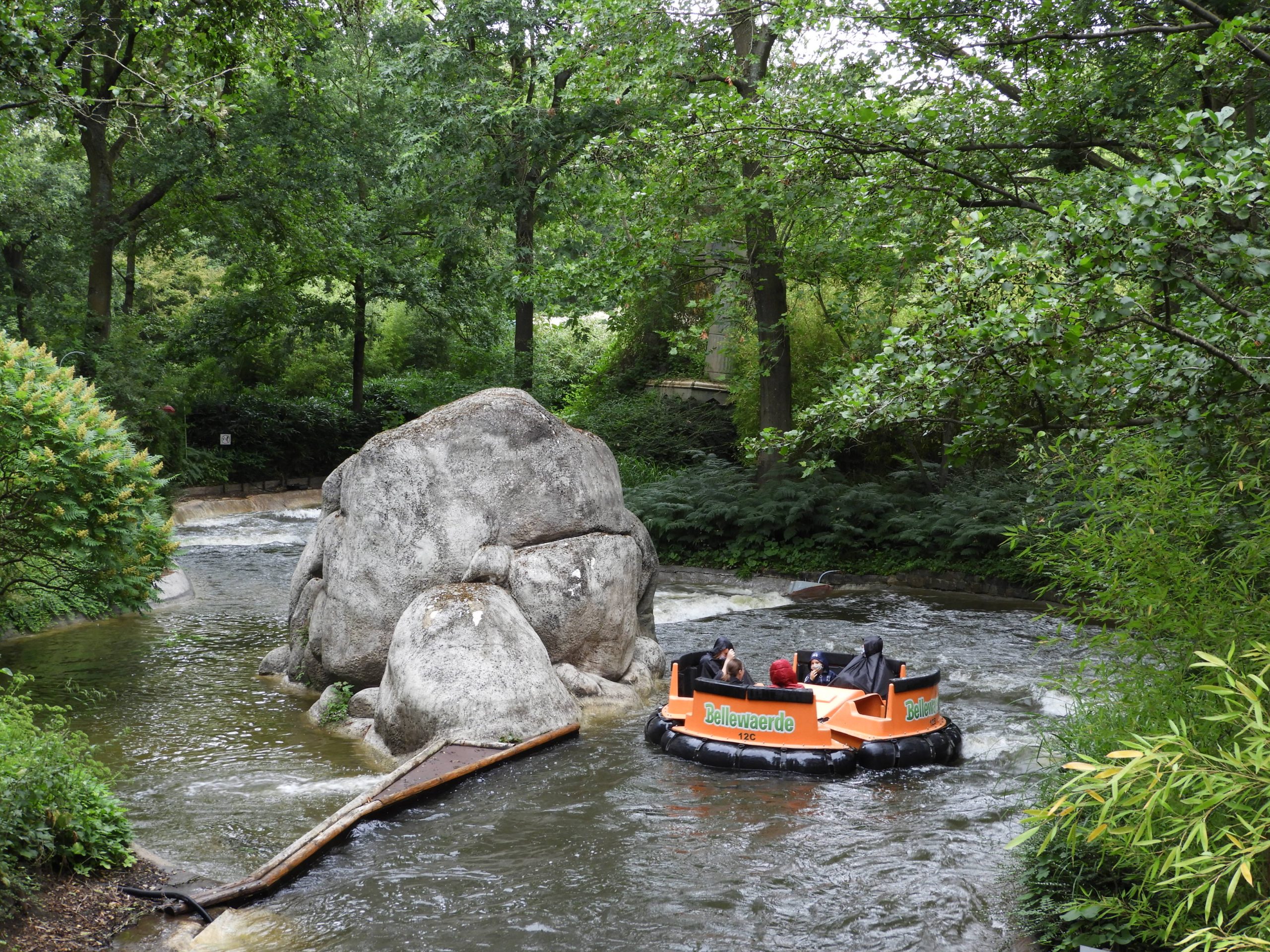 Back to the animals. They used to have elephants but unfortunately the last one got recently moved to another zoo. The area will be adapted in the future to expand the area for the giraffes. As you can see, they have a young one that didn’t hesitate to show itself! And also the zebras were out. 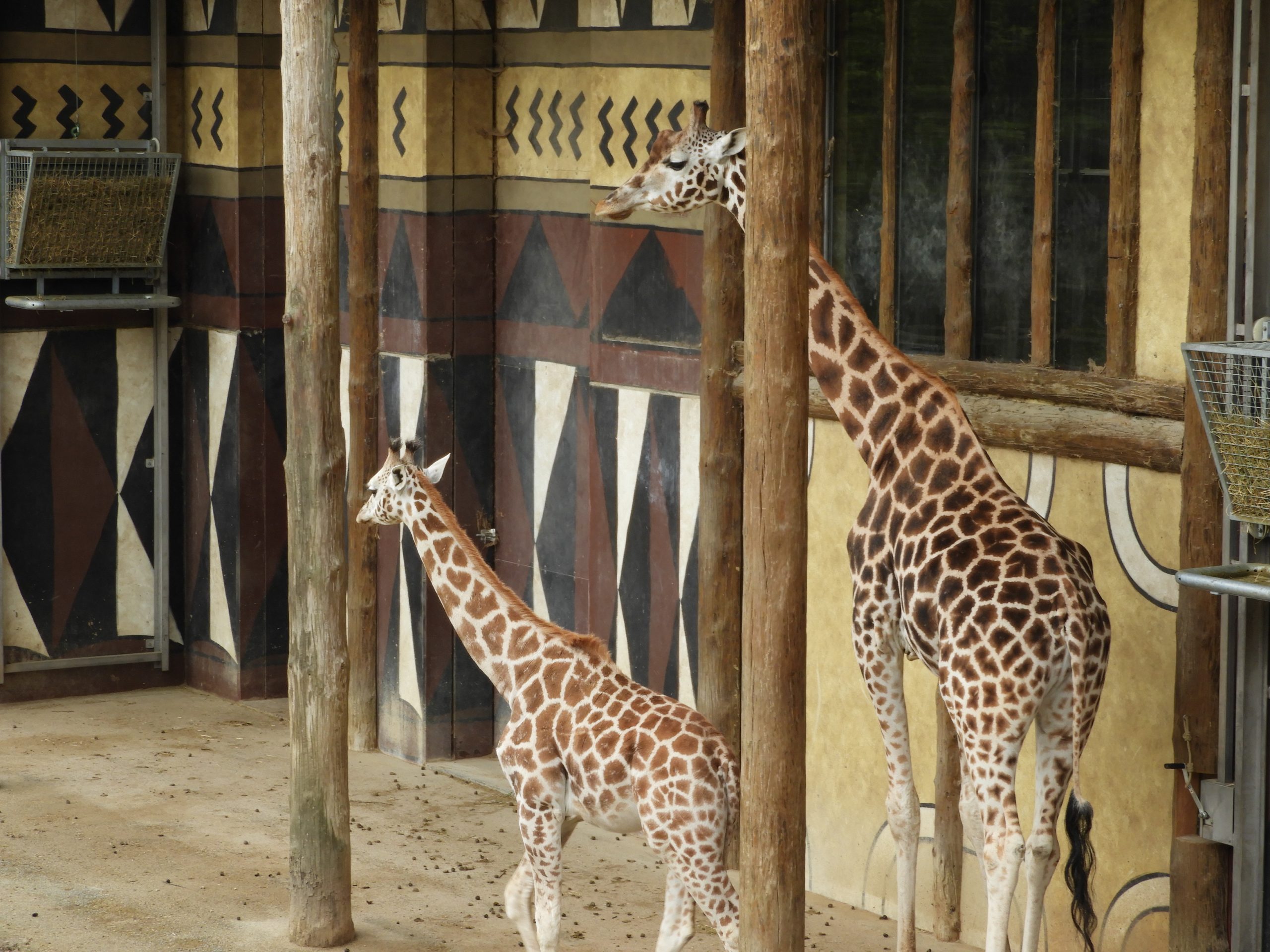 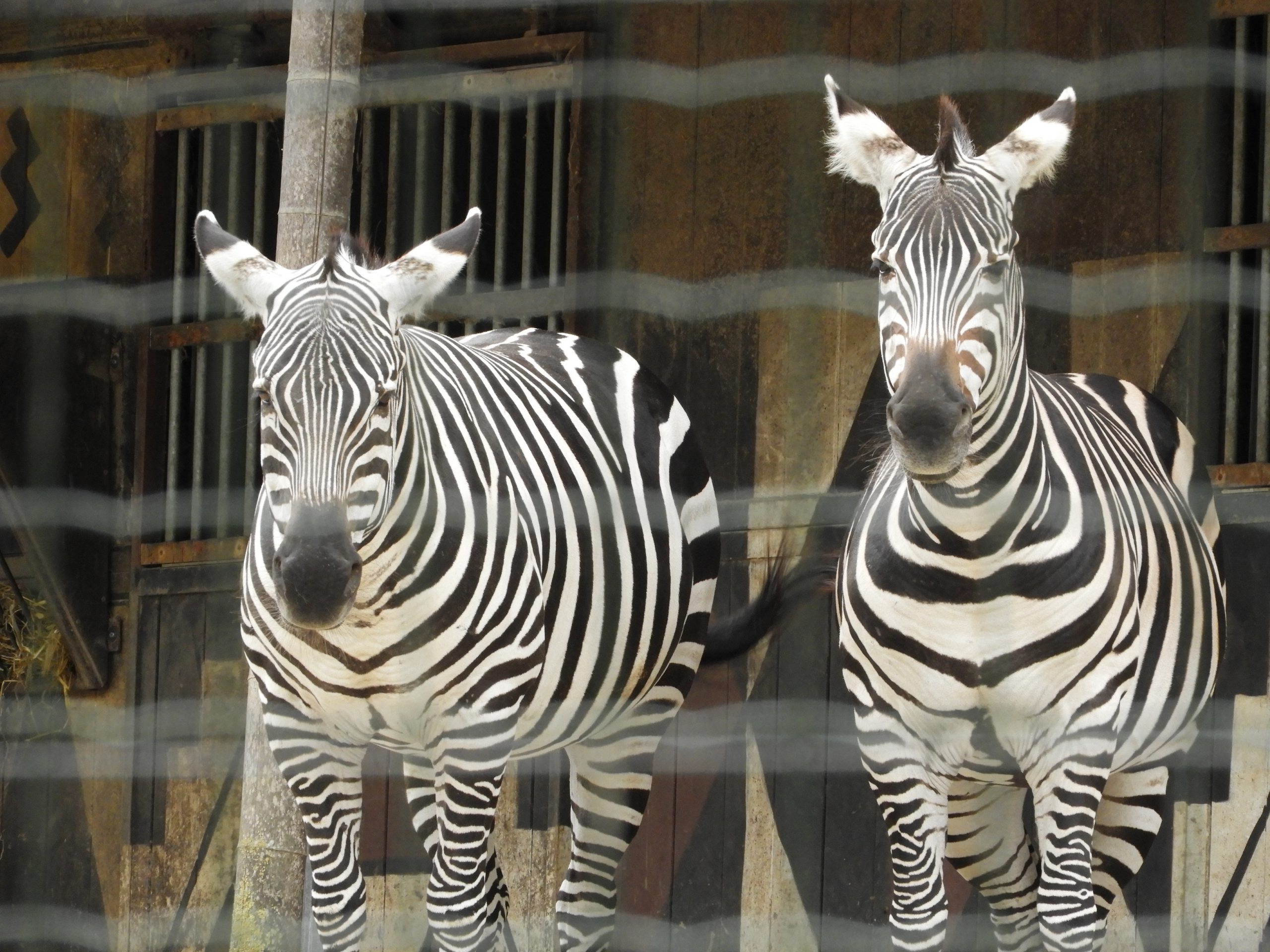 There’s also the outdoor tow boat ride: Jungle Mission. Here you can also spot animals such as flamingos and capybaras. Plus they have animatronics and special effects too. 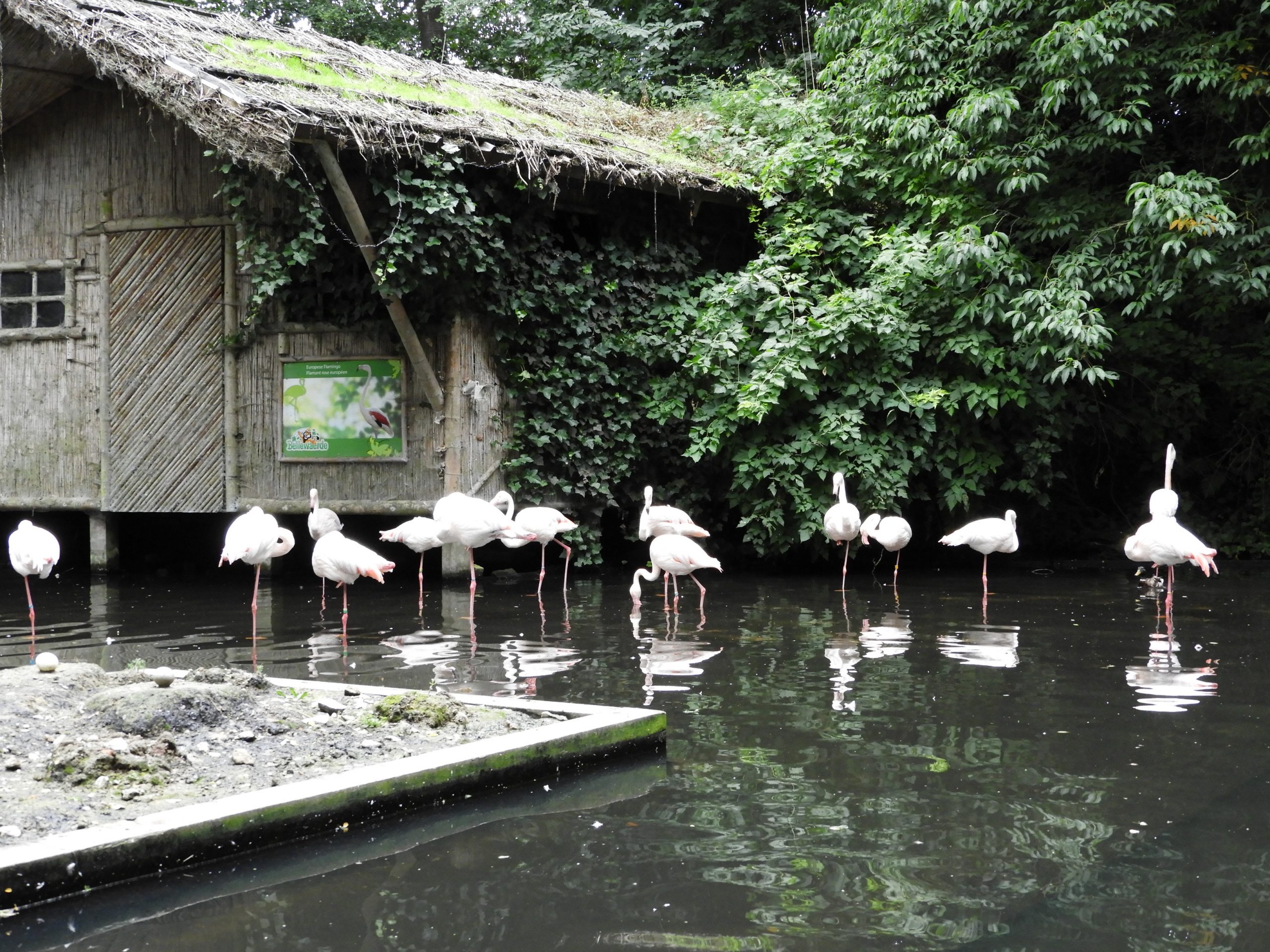 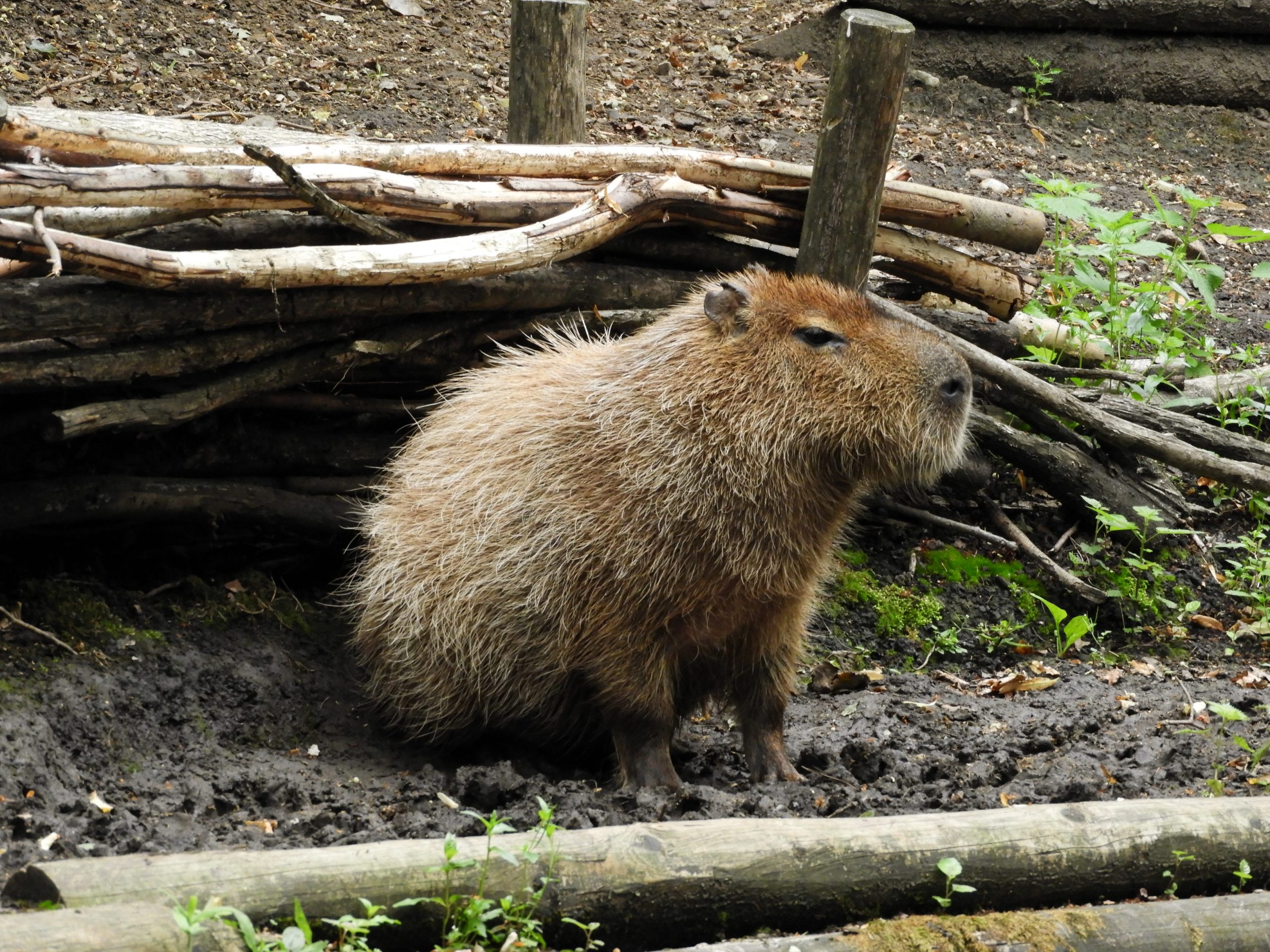 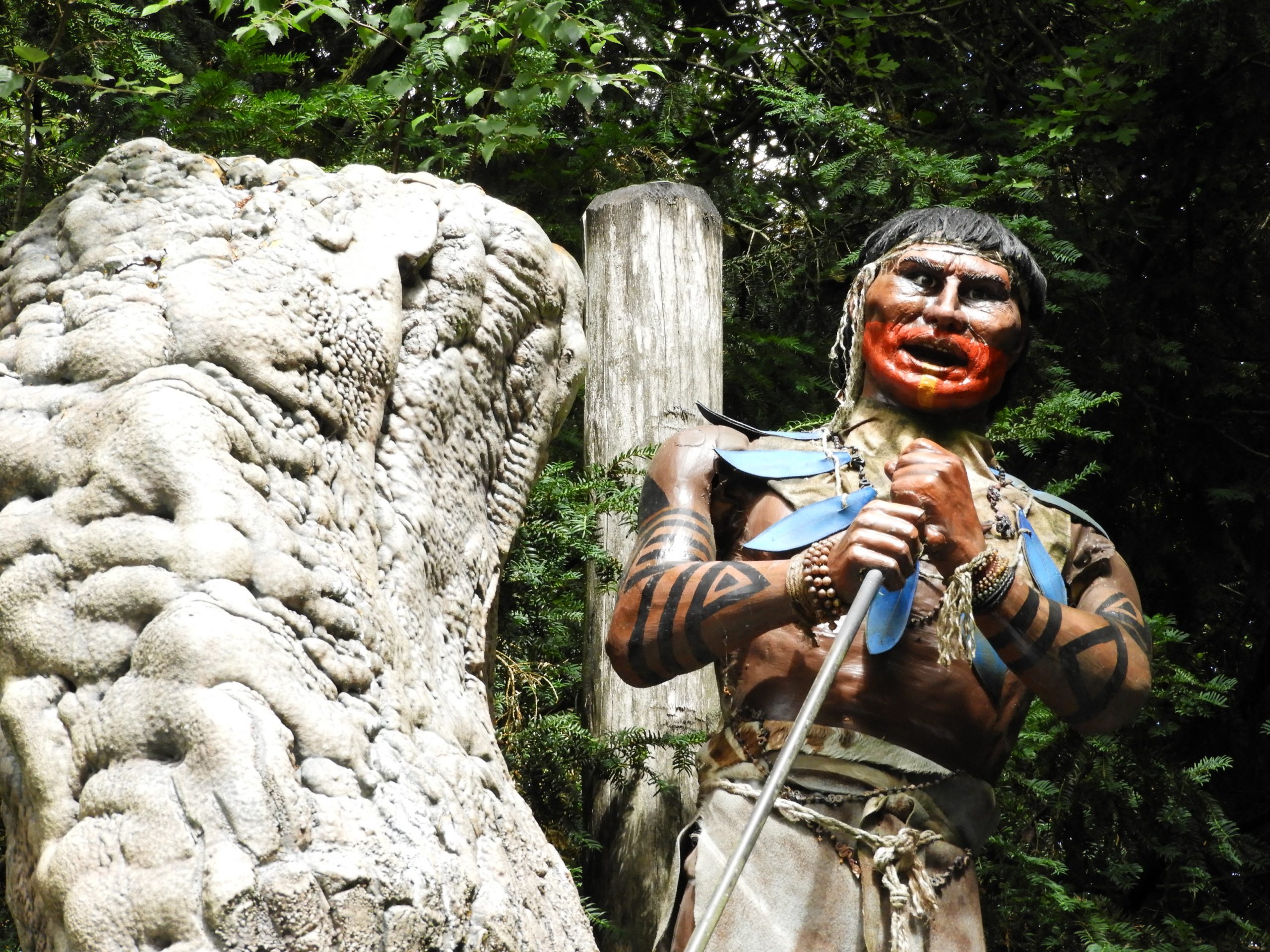 But there’s more! Let’s talk about the other coasters. First up, their other family coaster: Huracan. Mostly an indoor coaster but unfortunately a lot of the special effects such as lasers, wind effects and the onboard music weren’t working. Riding it like that made it a very weak ride… 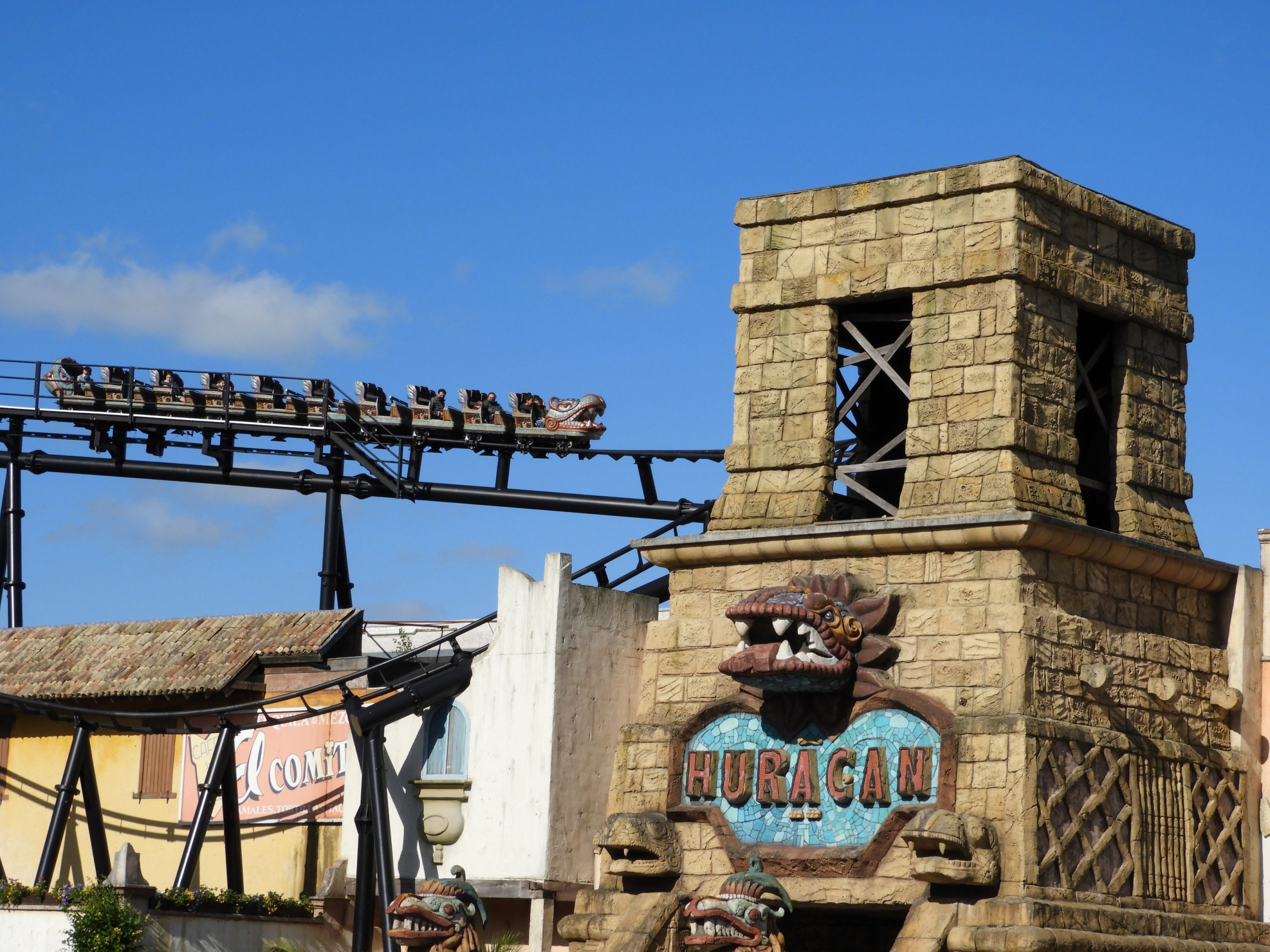 Thrillseeks can enjoy Europe’s first Vekoma Boomerang. It didn’t feel too shaky actually, even after 36 years! The station could do with a makover though. 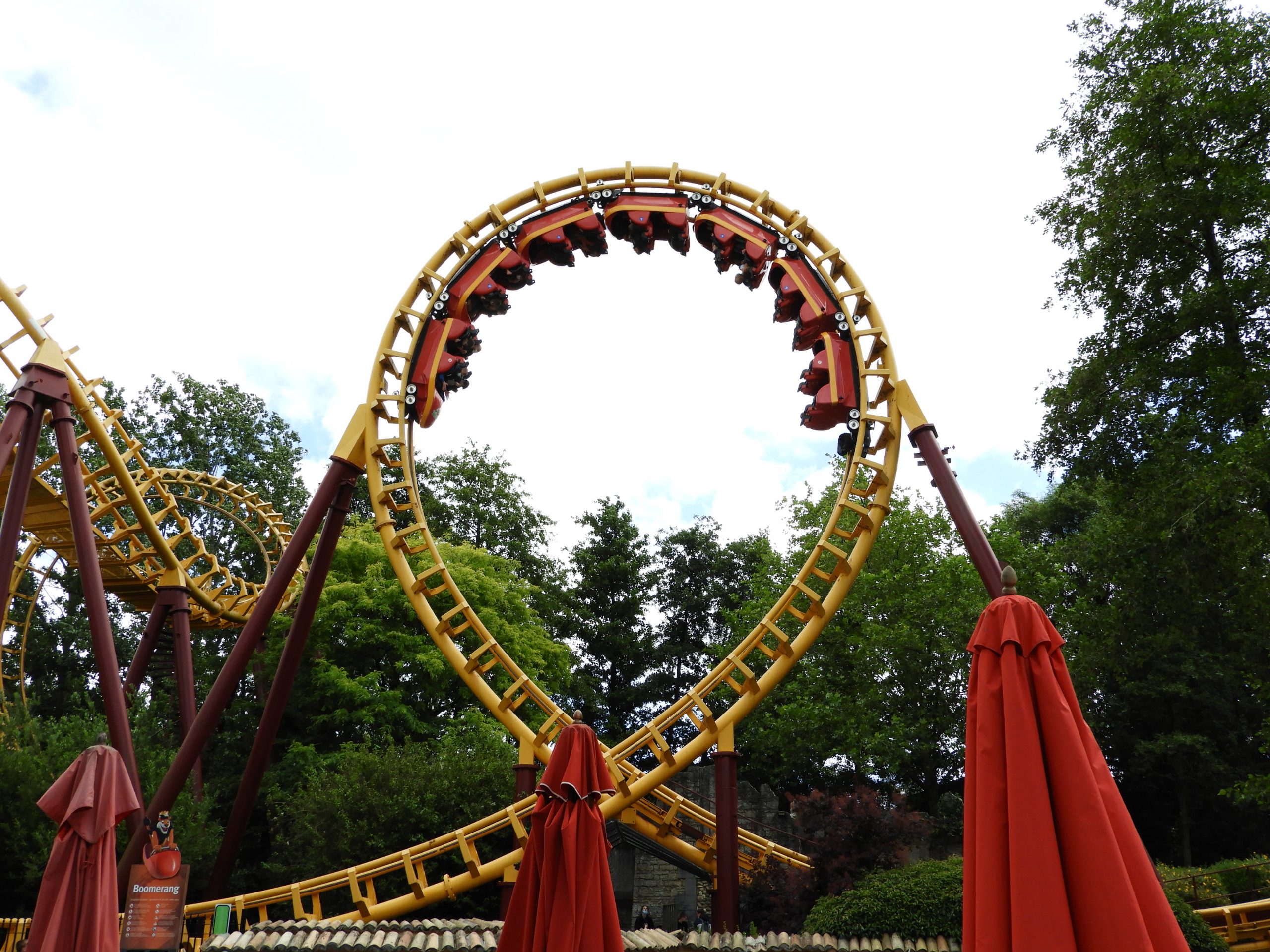 But probably still the biggest eye catcher in the Mexico themed area: El Volador. One of the first and one of the few remaining Topple Towers. And we were lucky not to get stuck! (As that often happens unfortunately). The ride got built on the side of a hill so that way, it feels a lot higher while riding. 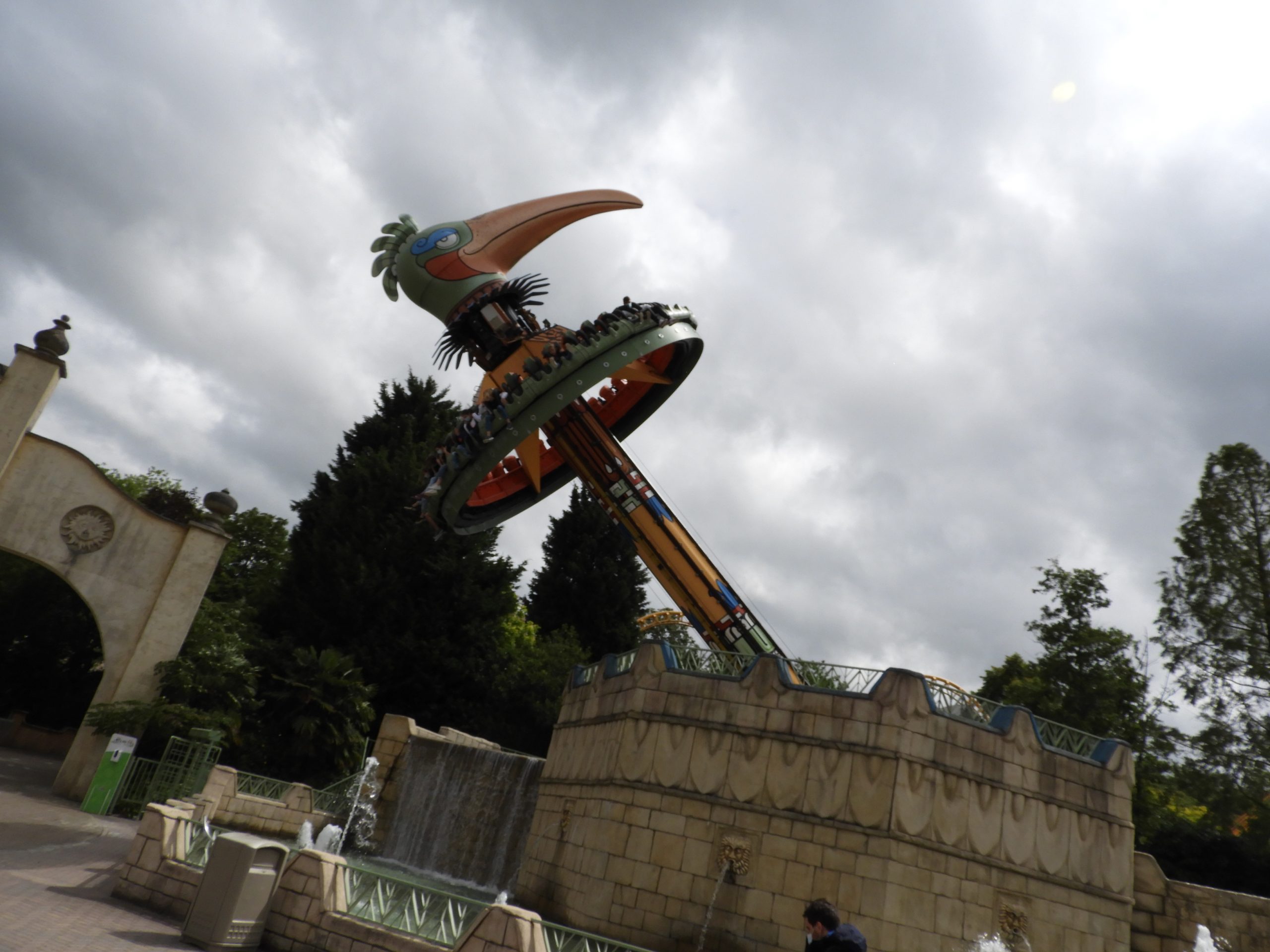 Fans of Six Flags Great Adventure and Six Flags New England will also know this ride: The House of Houdini. This Vekoma madhouse is another classic ride at the park and has bilingual narration. Next to that, it has the music of the recently deceased Ennio Morricone. Also, notice on the picture that they have roundabouts for their two way corona routes. 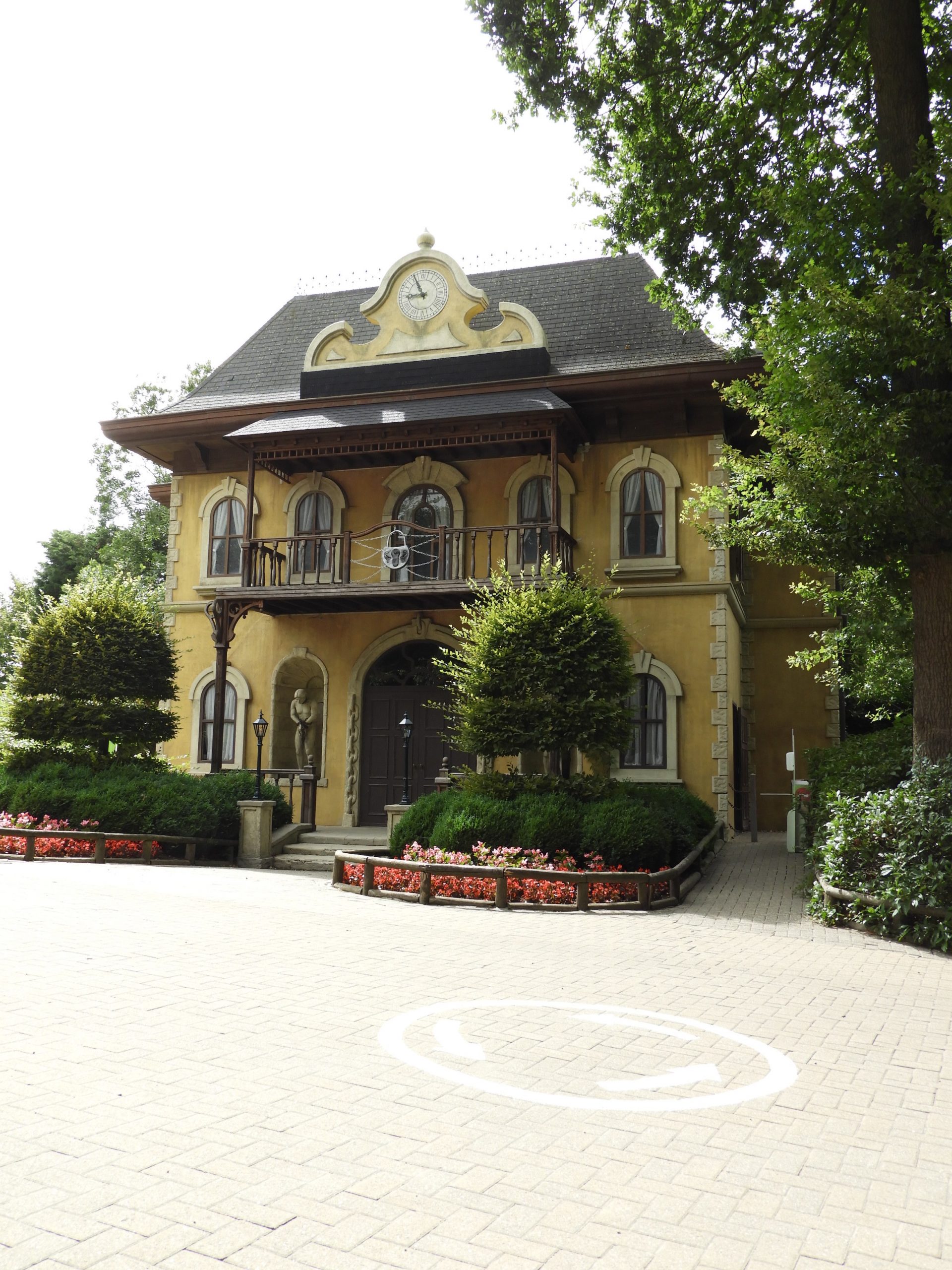 That brings us back to the Canada zone where we have Screaming Eagle as the thrill ride of the area with a special flag for those who continued working during the corona lockdown. As for corona measures, they probably have the best system I’ve seen so far. Social distancing with special indications on the floor of the queues (even though some were already gone as they used stickers instead of paint), hand sanitizer at every entrance and exit plus two way paths painted on the midways. Next to that, you need to wear a mask in queues and on rides. 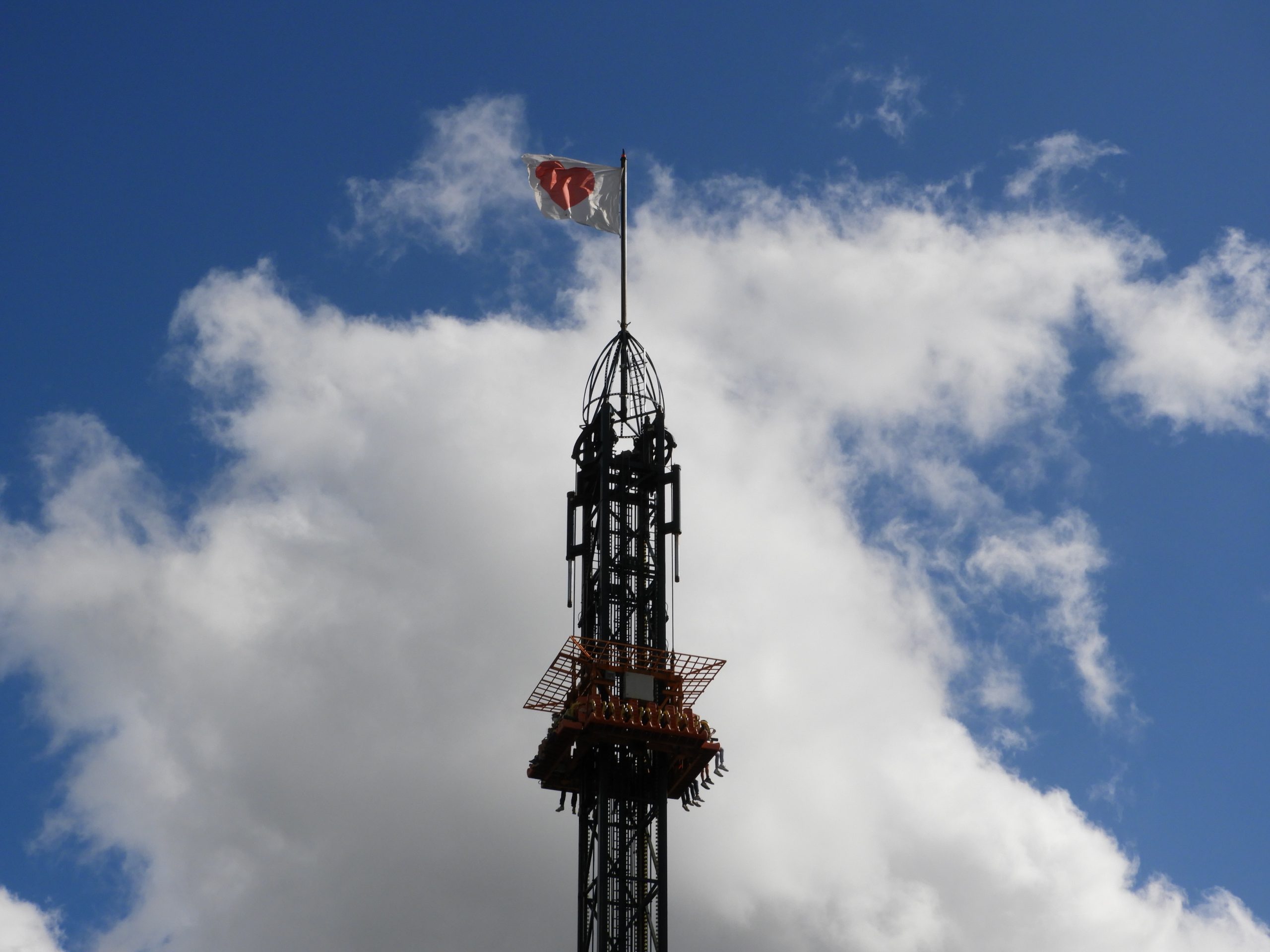 Wakala now completes the Canada area to spread out people between the different areas of the park. The new ride already attracts quite some guests and families enjoy the ride very much. 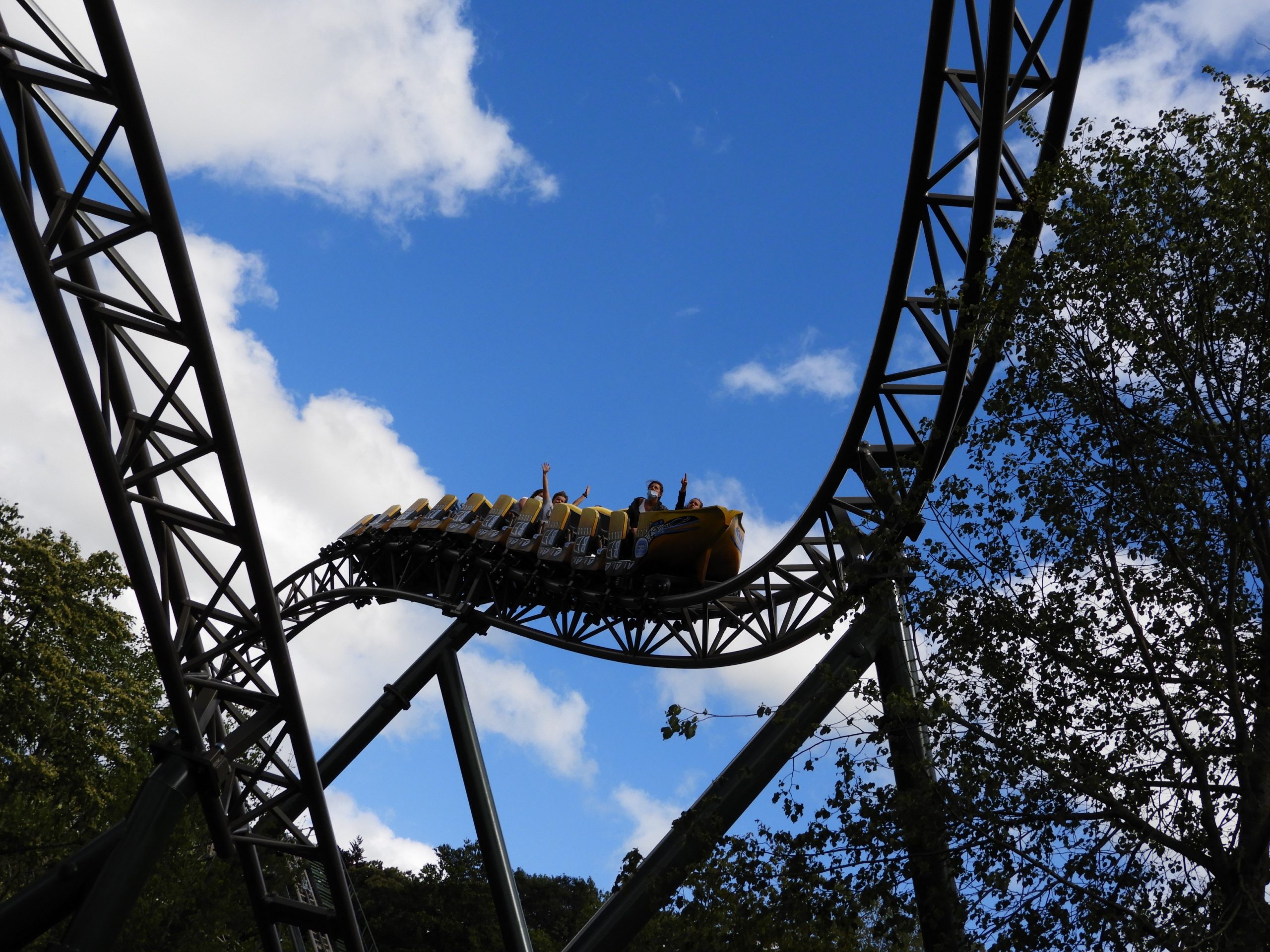 There’s also a story behind the ride. It’s themed around the old legends of the Canadian Kwakiutl tribe in British Columbia. The chief Wakala had a curious mind and wanted to see the world by exploring in his canoe. And thanks to the spirit of the Raven, he could fly with it and search for the totem that held all the wisdom of the world! 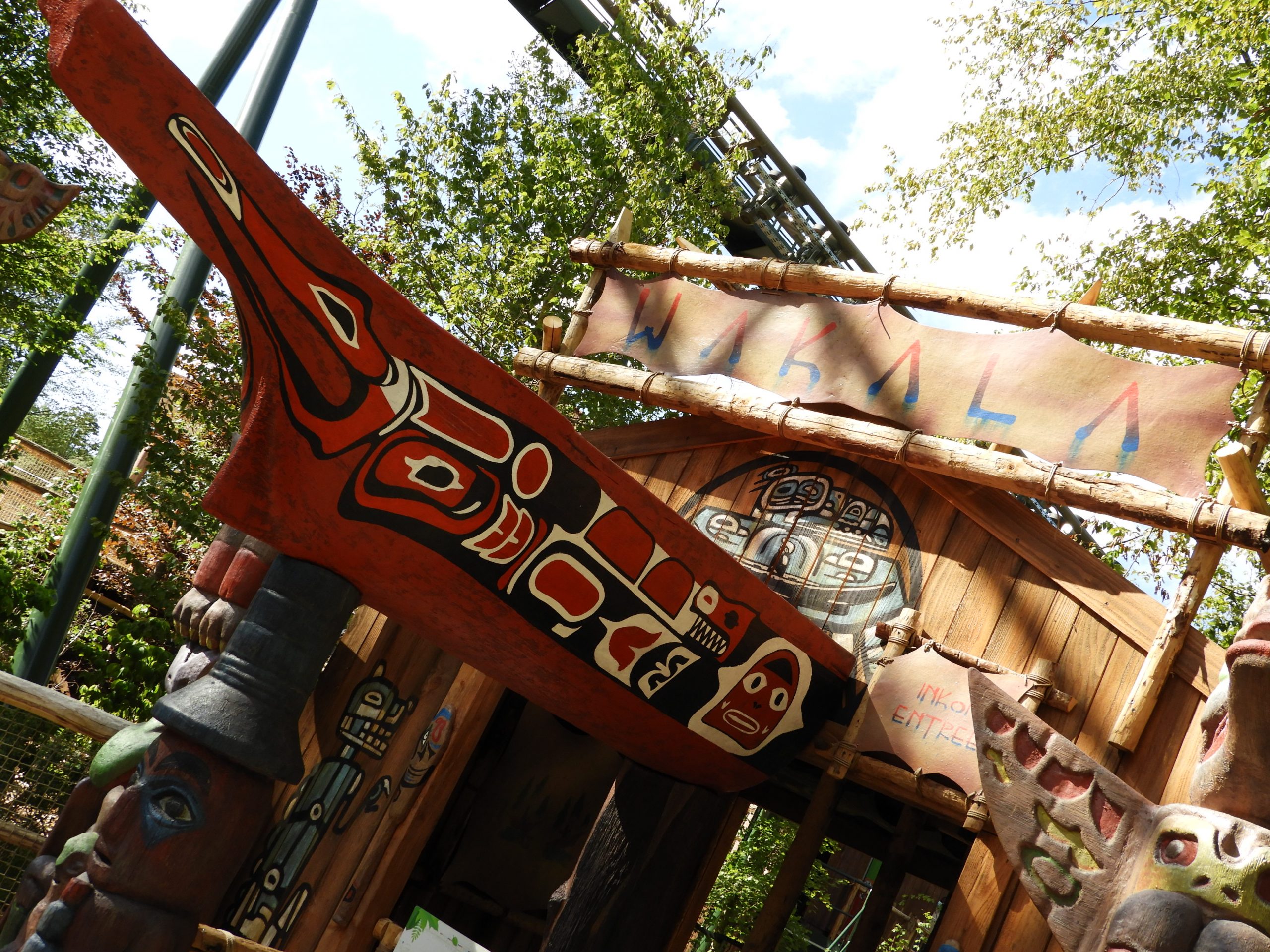 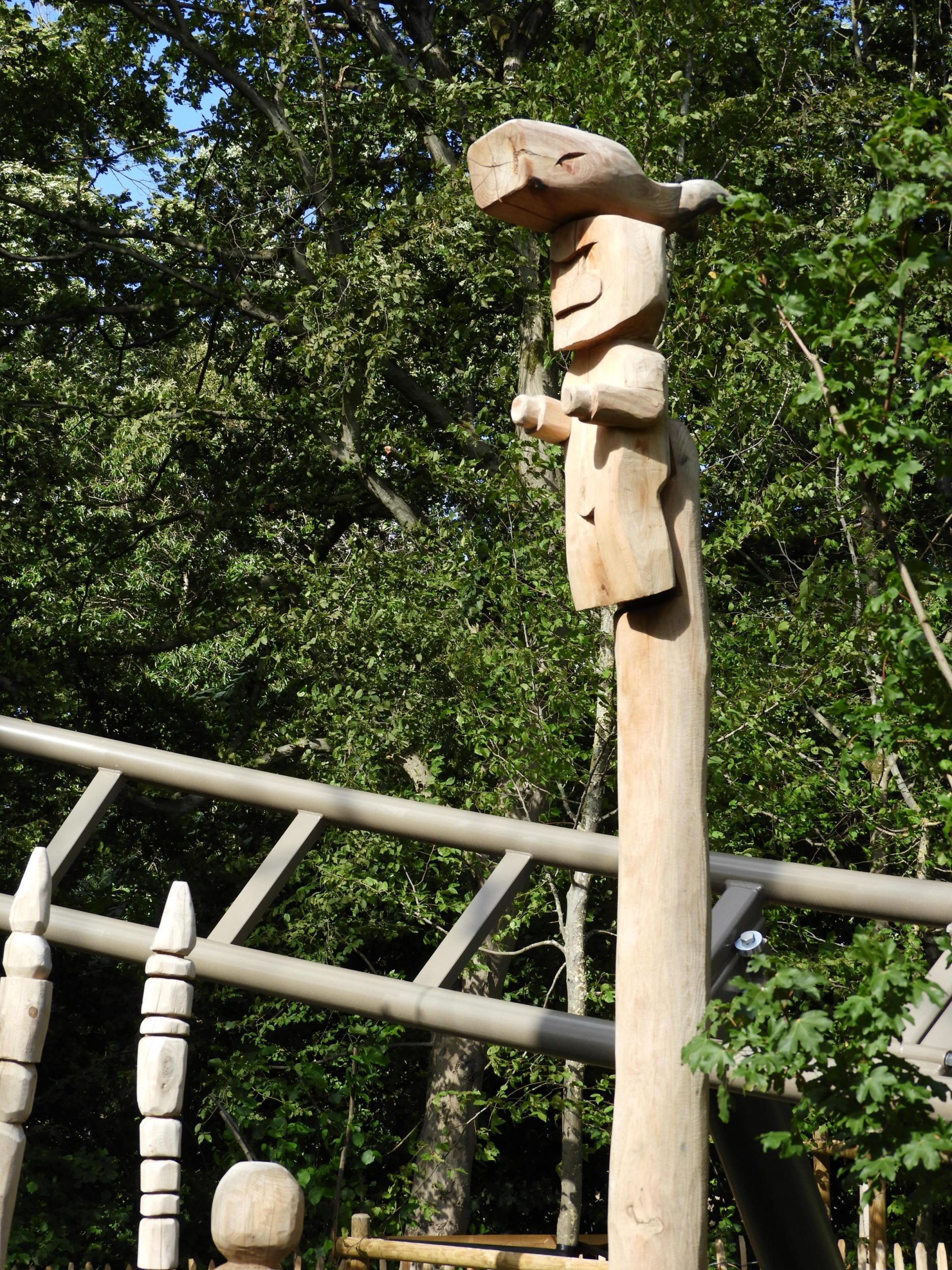 Honestly, the ride looks impressive for a family ride. They way they left quite some trees standing and built the track in between. The landscaping in general looks great and of course whats stands out is the eye-catcher of the ride: the spike. But there are some downsides to Wakala. Some parts already have rattle, especially one part in particular in the middle of the first section. Next to that, due to the average speeds, you don’t quite feel the different little hills on the track. The potential of this coaster type wasn’t used as good as they did for Pégase Express. 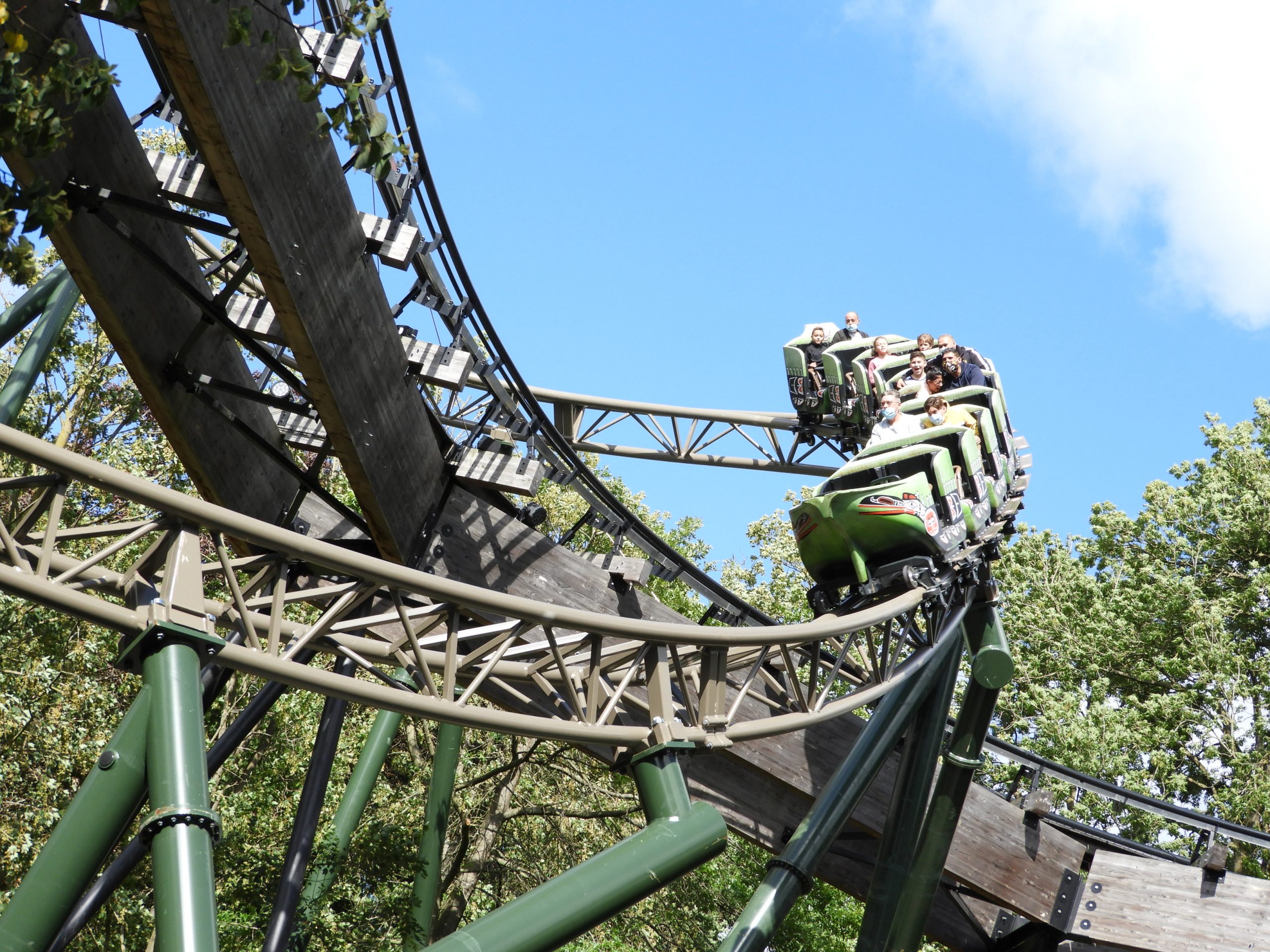 Of course the ride got built in a much smaller park and due to the family focus, it fits well. Plus the spike definitely gives that extra touch to the ride! The way you go up over the lake is pretty cool. In front seat, you reach for the sky while in backseat you can enjoy the sight of the whole train going upwards. So not the most fantastic family coaster but definitely fun and very fitting for Bellewaerde Park. 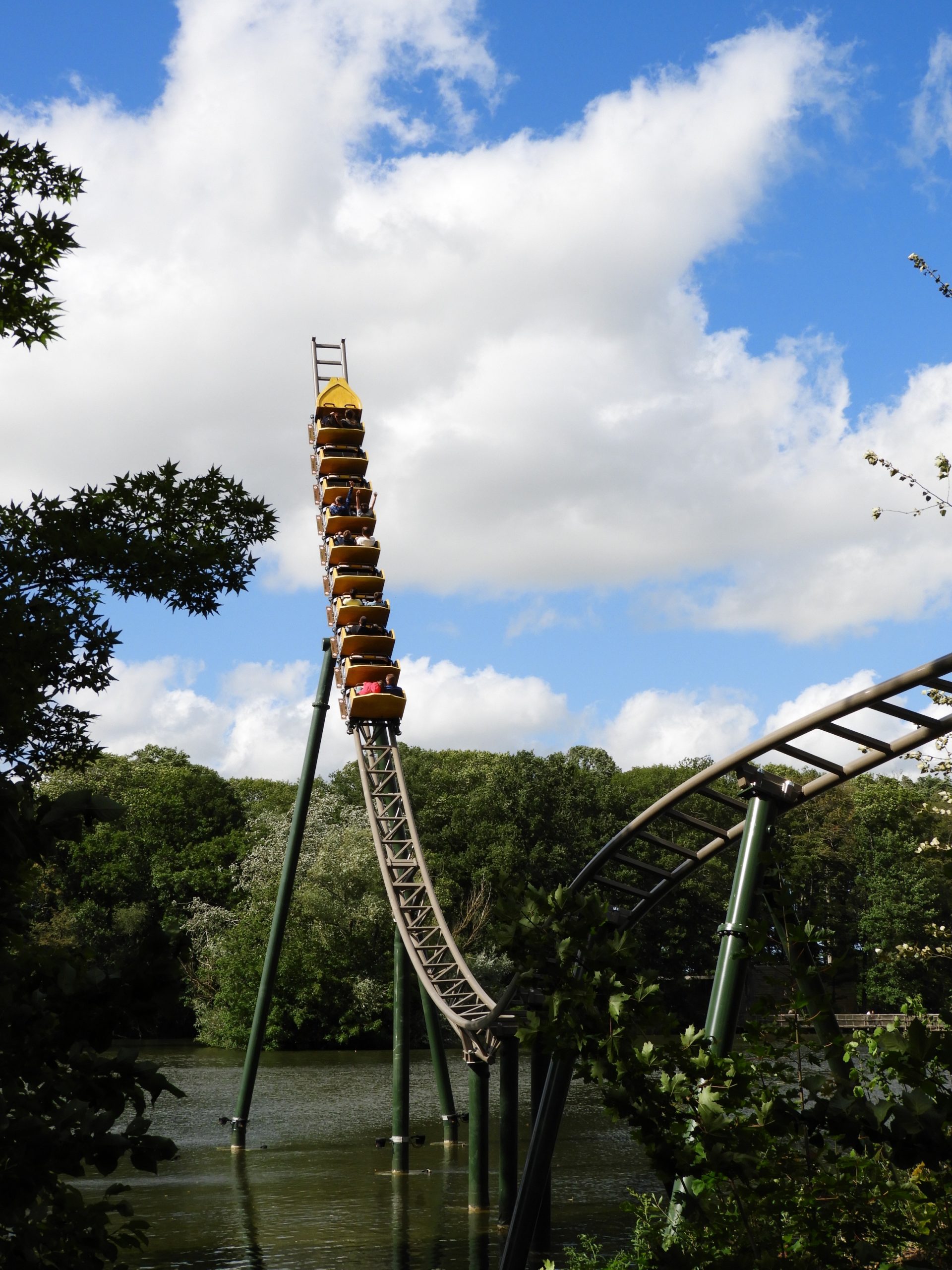 And so we left the park through their renewed entrance since last year. We had a great day and the park can be happy with their newest addition. I don’t think we’ll see a lot of new rides added soon again (due to Wakala and their indoor water park) but next time, they have to add a thrill ride again. Eventhough they aim at families, the young kids more and more enjoy more thrilling rides now. Plus Plopsaland De Panne is only a  45 minute drive and they’ll soon have three pretty major coasters. So keep it up Bellewaerde but watch out! 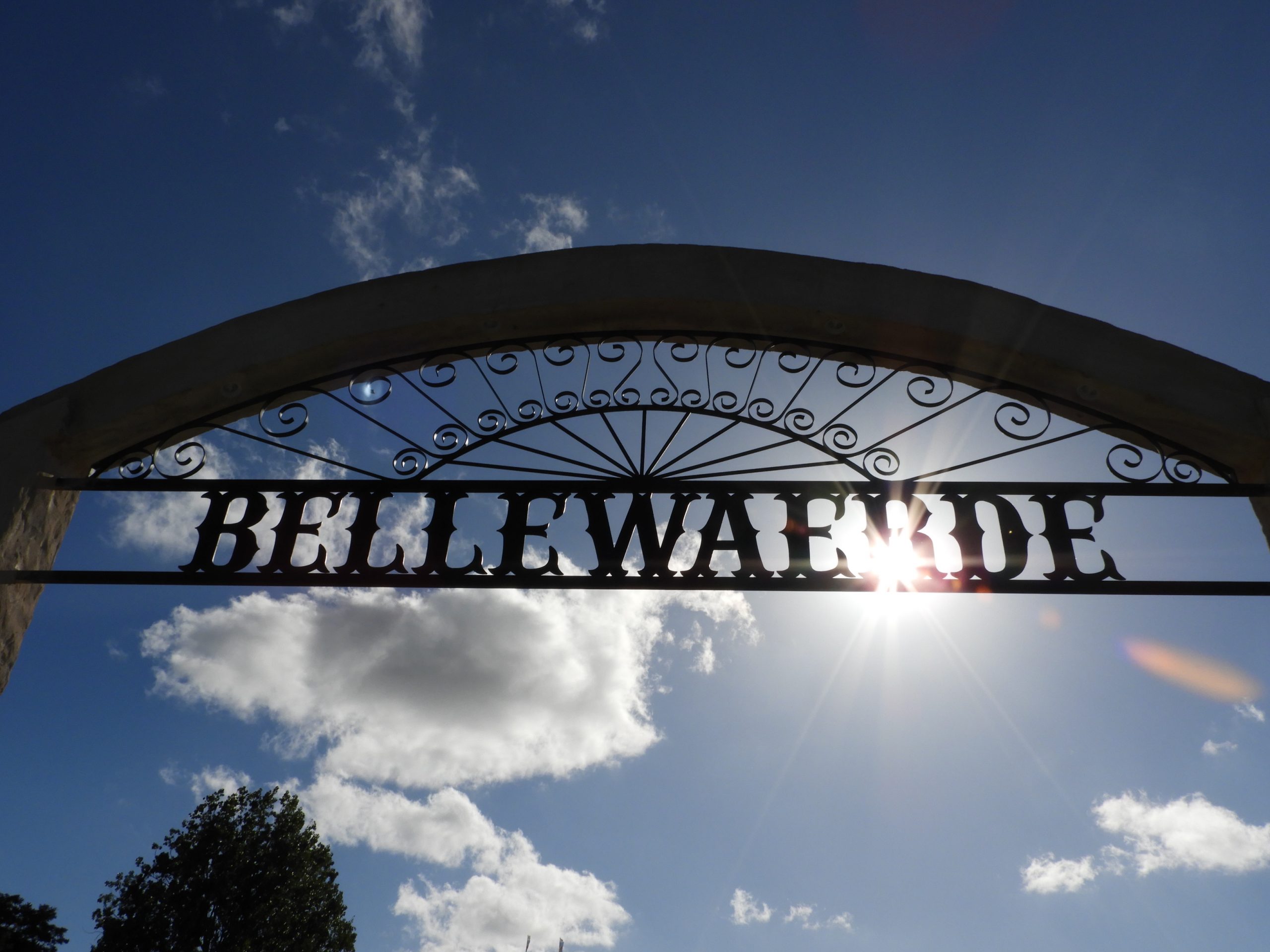 Thank you for reading our Bellewaerde Park report! Also enjoy our Parc Astérix and Walibi Holland report in Europe. If you prefer US parks, then enjoy Magic Springs and Crystal Falls or Frontier City!