Alexander: After solid days at Frontier City and Magic Springs, we rounded out our little Heart-of-America trip with a visit to one of our favorite parks in the World – Silver Dollar City.

Social distancing measures were in place, of course (though enforcement needed a little help – more on that later). 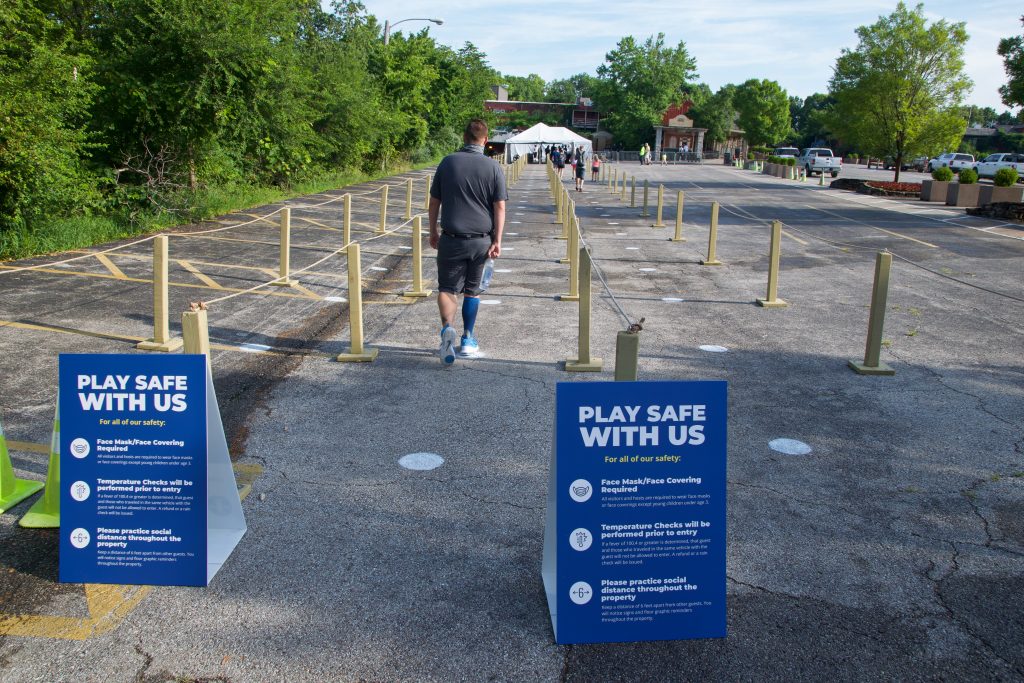 Infrastructurally, we were impressed with the park’s commitment to CDC reminders. 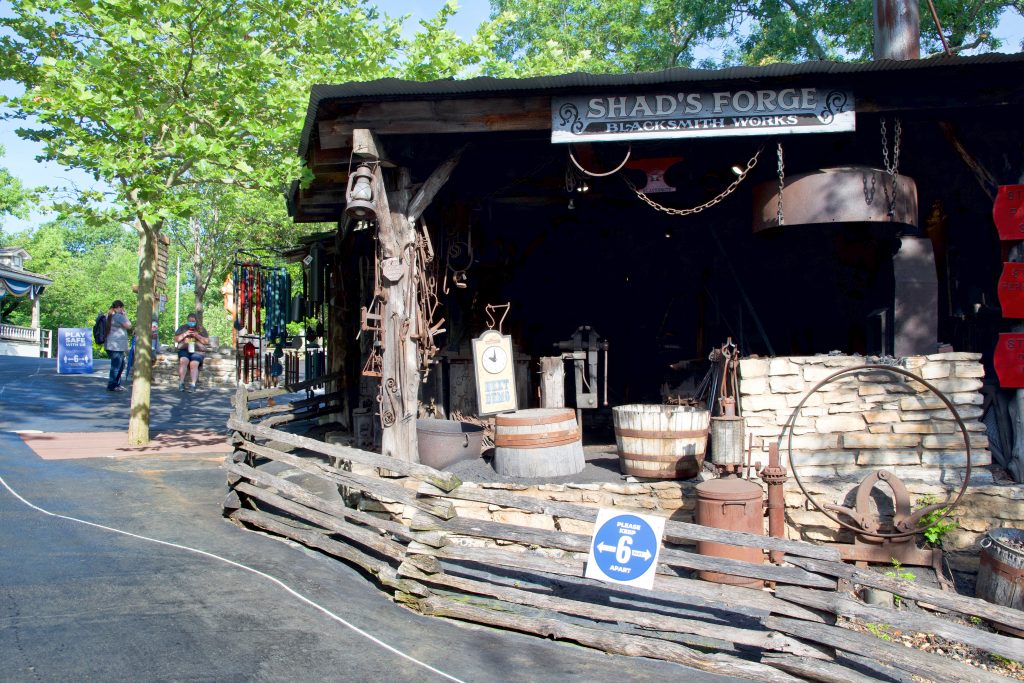 Crowds were nonexistent and operations were good! 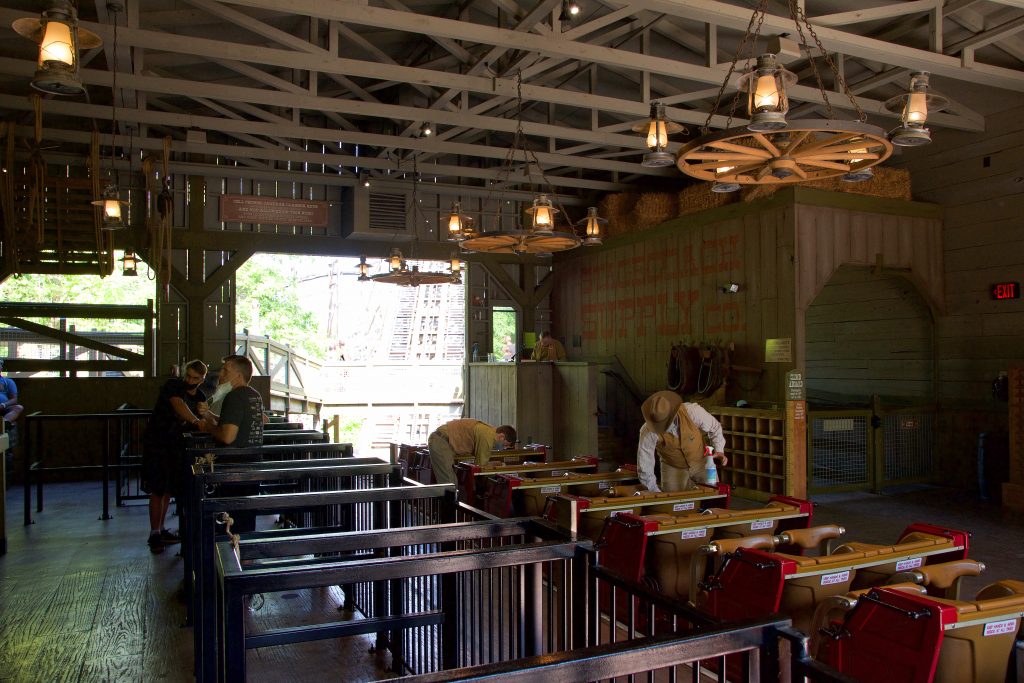 Looking at Powder Keg for a moment, we feel that the ride was waaay ahead of its time – or, at least, it would be, if the back spike was used as part of a magnetic swing launch instead of just rollback insurance for the ride’s pneumatic launch. 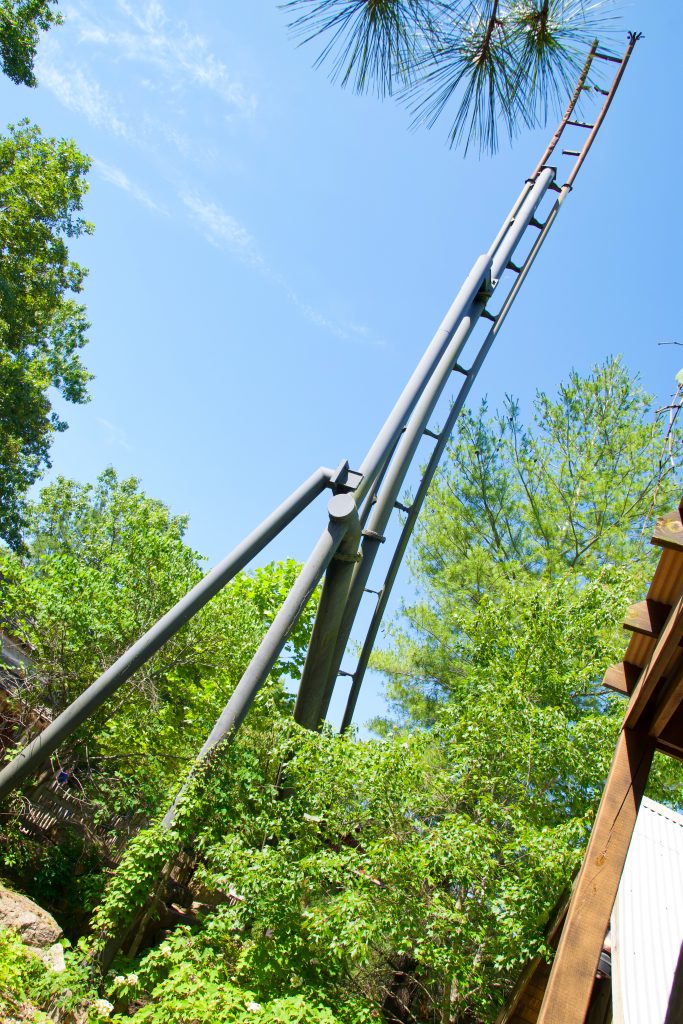 Remember when I said operations were great and crowds were nonexistent? I actually forgot; this doesn’t apply to Powder Keg and its 1-train operations. 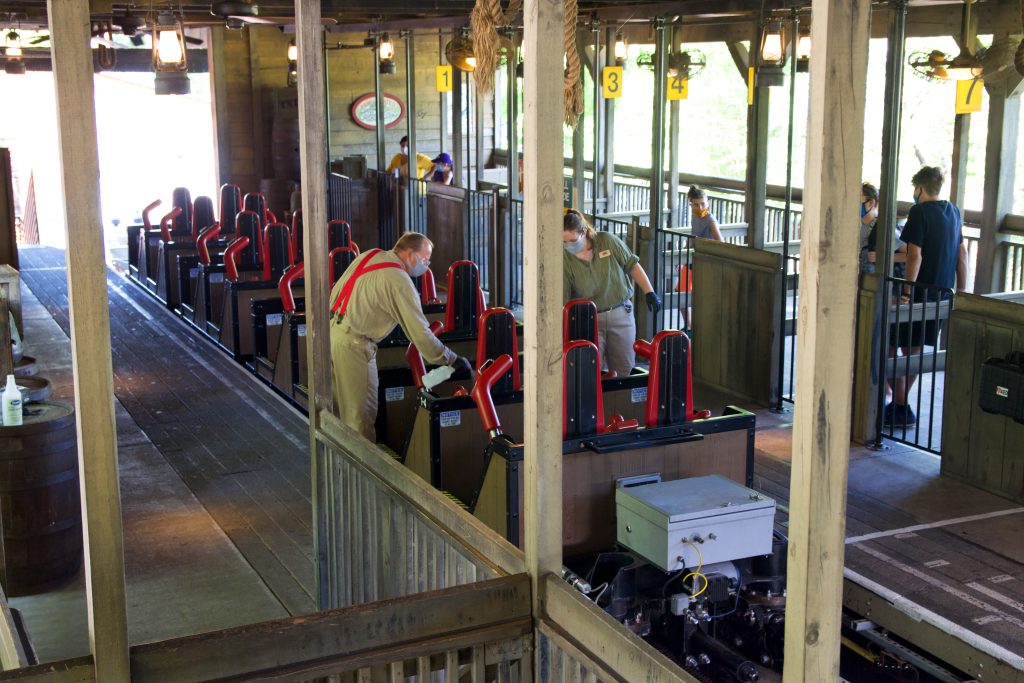 As you can see, people in the queue really struggled with the concept of social distancing. 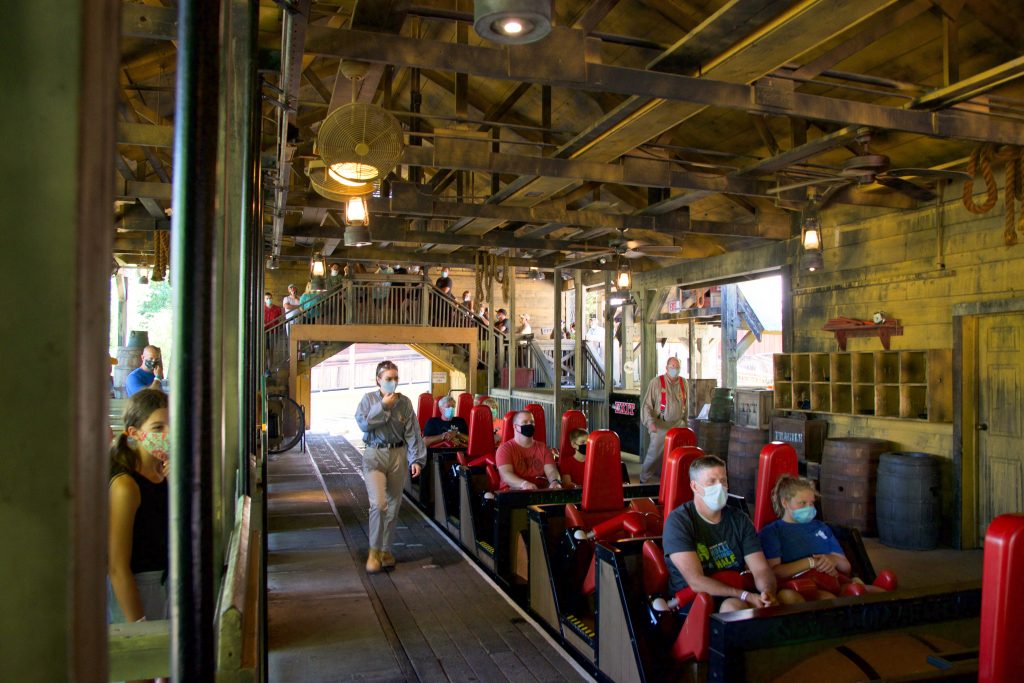 The line for Powder Keg was easily two hours at its worst (we waited about an hour, and the queue was roughly half the length shown here). At least distancing between parties was happening outside. 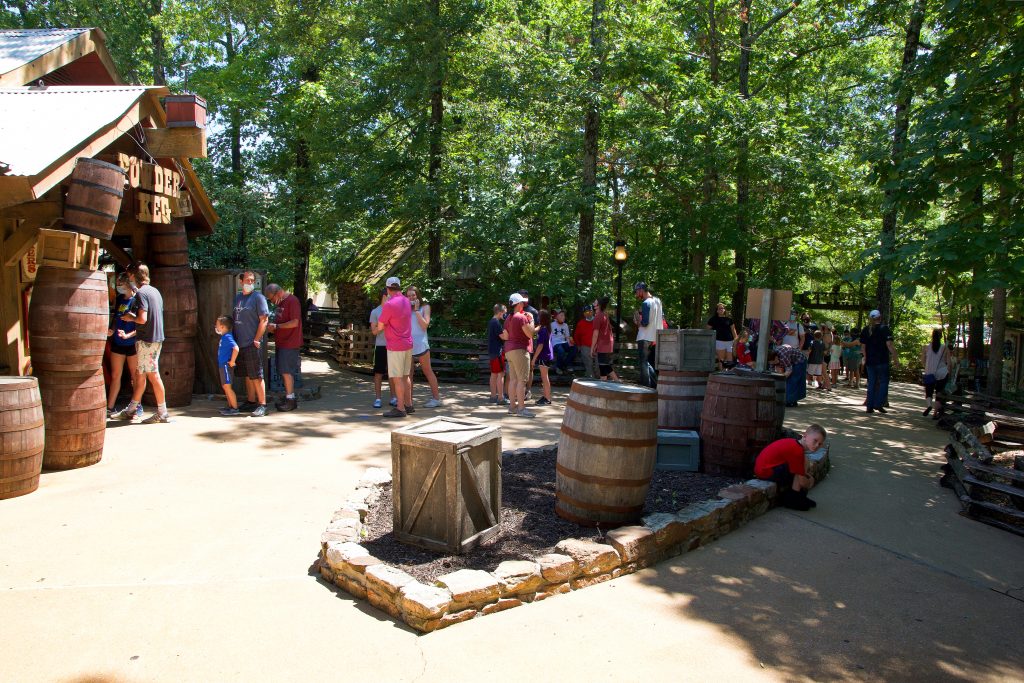 Our day actually consisted of 4 major components: Outlaw Run, Powder Keg, ThuNderaTion, and Time Traveler. With Wildfire down for maintenance and Fire in the Hole being total nightmare fuel that we’d rather overlook, it was pretty much those 4 coasters all day. No complaints, though! 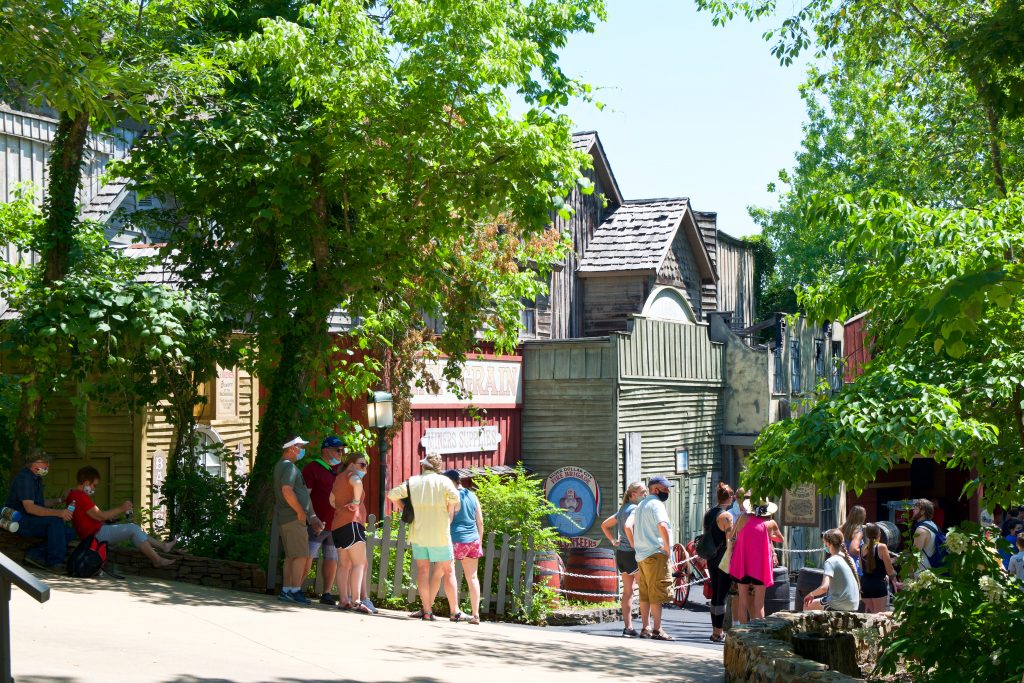 We were a few days early for Wildfire, whose lift motor was getting some TLC. 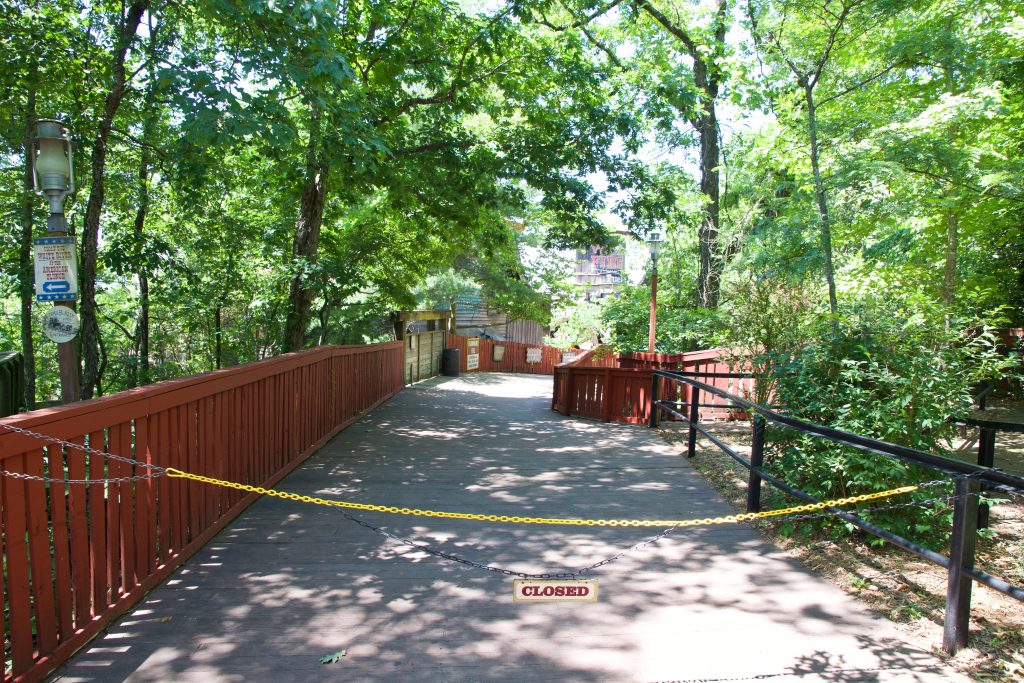 We were also about a month early for Mystic River Falls, which looks to be a superb neo-flume ride. 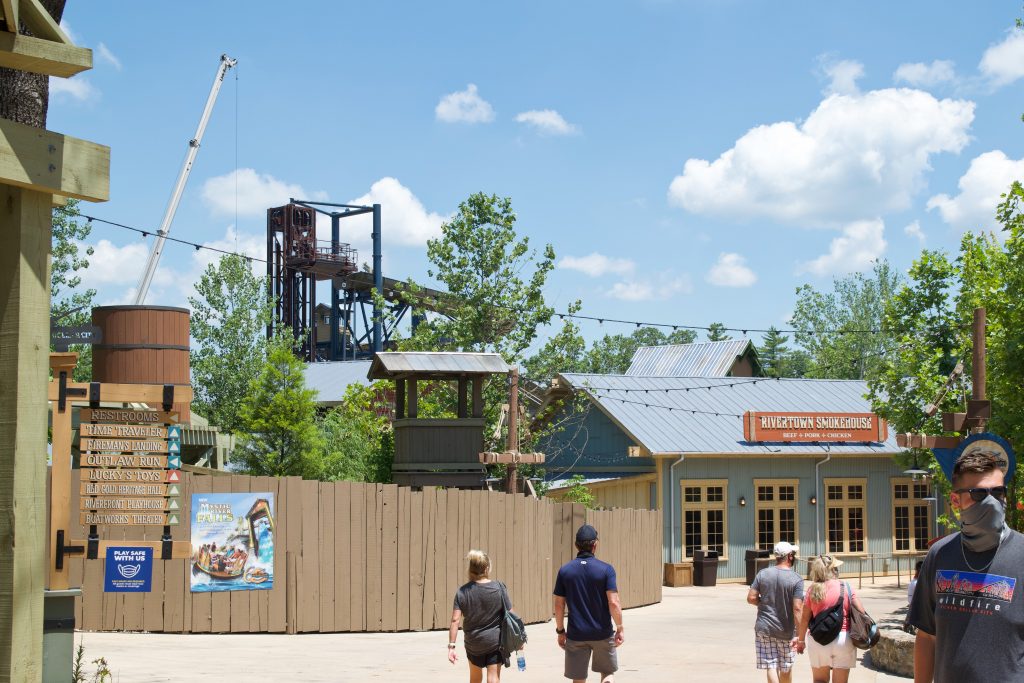 Rapids rides combined with waterslide-like ramps have been big overseas for years – we’re thrilled to see something like this materialize in such a potent-looking way at Silver Dollar City. 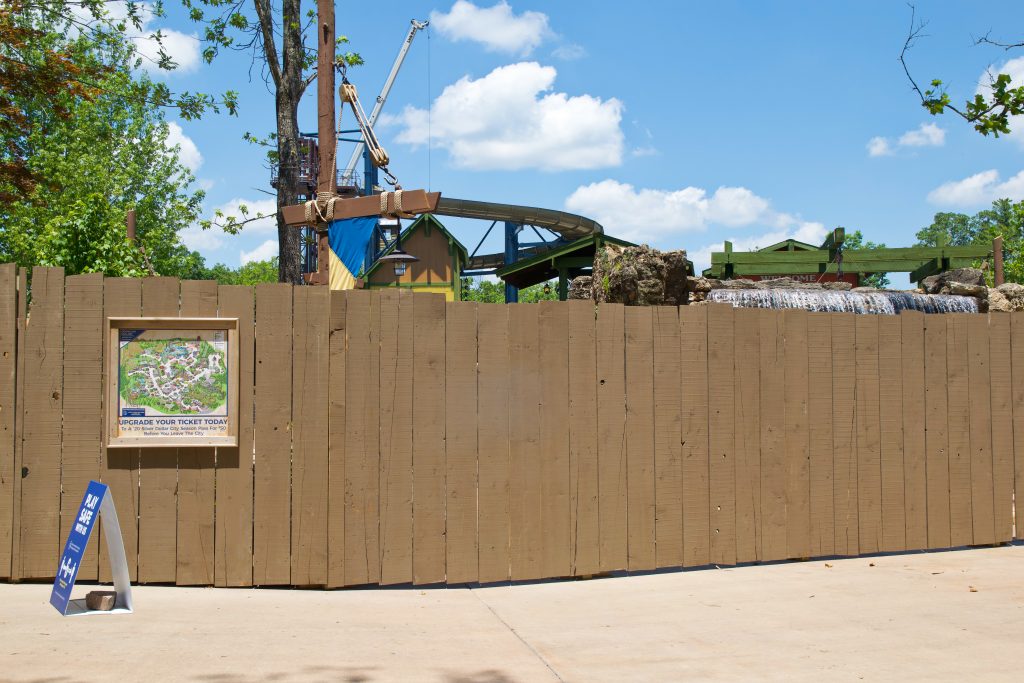 Speaking of potent, Outlaw Run was giving some career-best rides in our opinion. 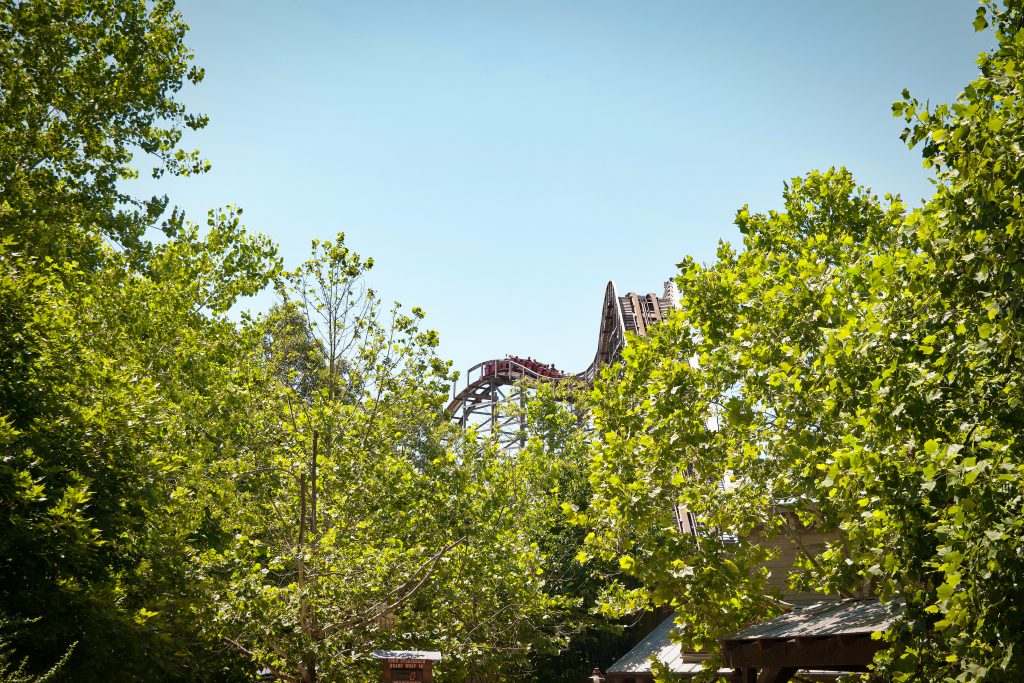 The finale is still a little rough on the legs, but the ride as a whole is a knockout. 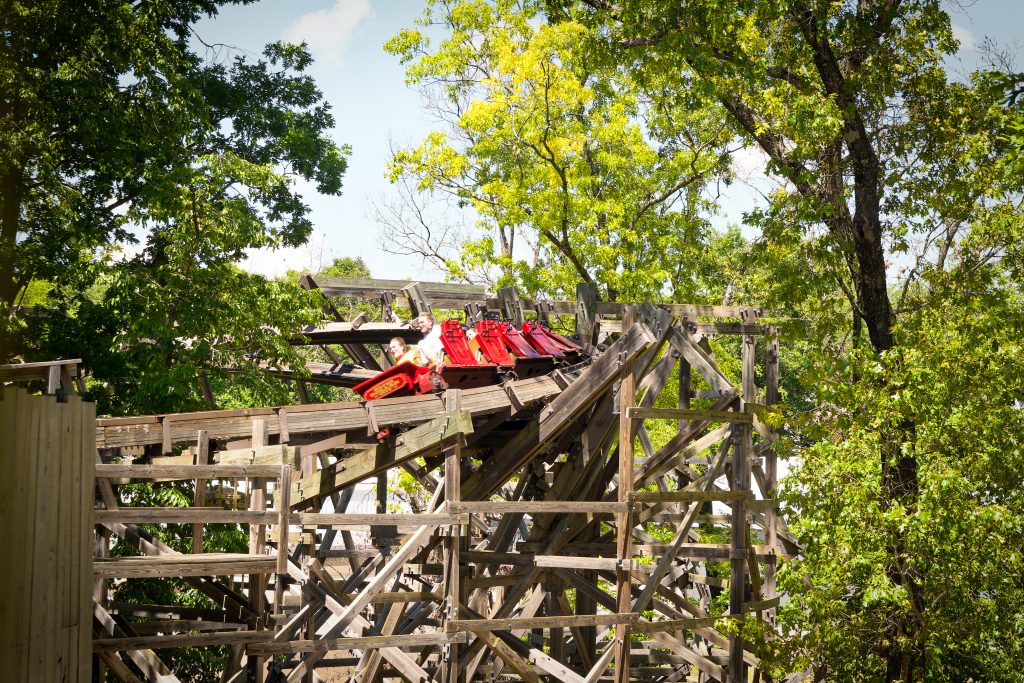 This is Sean’s #1 RMC, and my close #2 behind Lightning Rod. 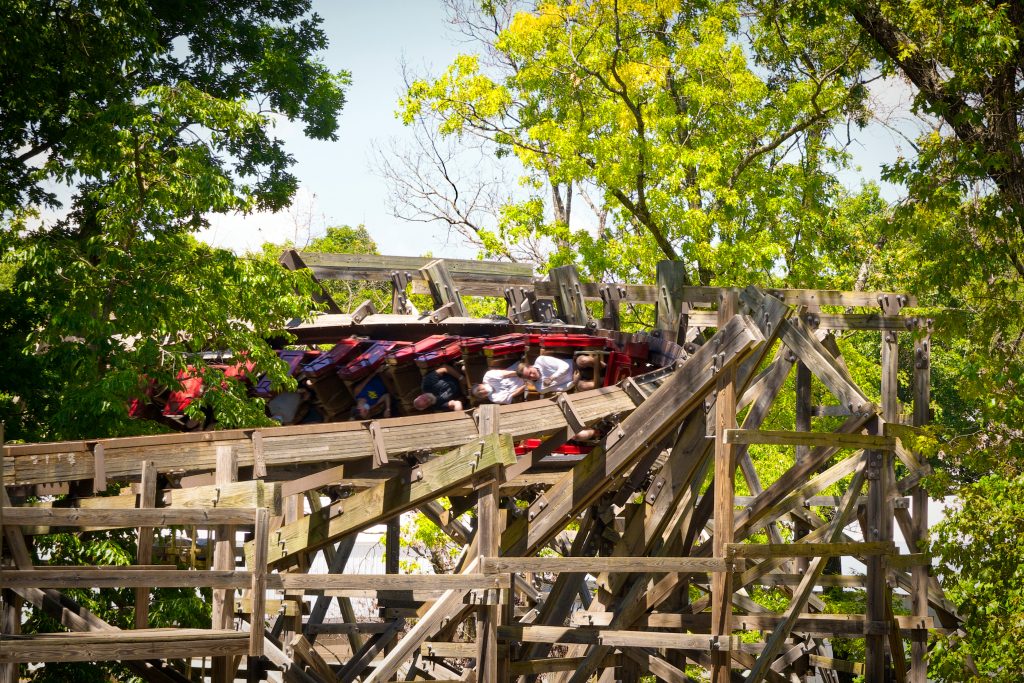 The surprise of our visit was Time Traveler. We loved it last year, but we were blown away with it this year. Thanks to social distancing measures, we had empty seats behind us on each ride, which lead to crazy spinning. 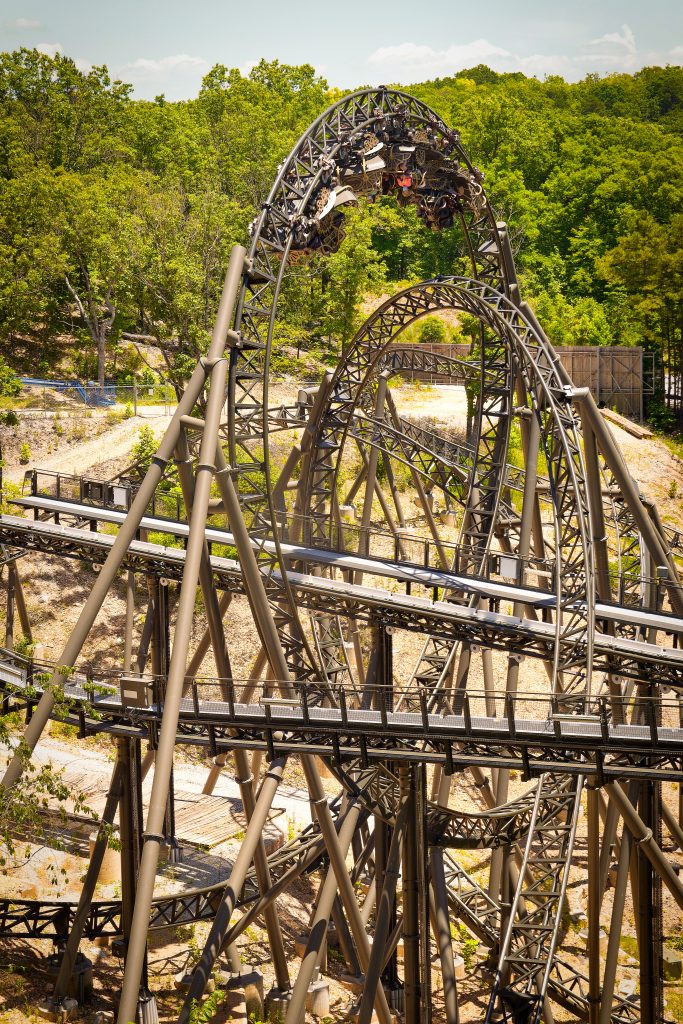 Silver Dollar City isn’t usually the best place if you enjoy photographing roller coasters, but Time Traveler changed all that. 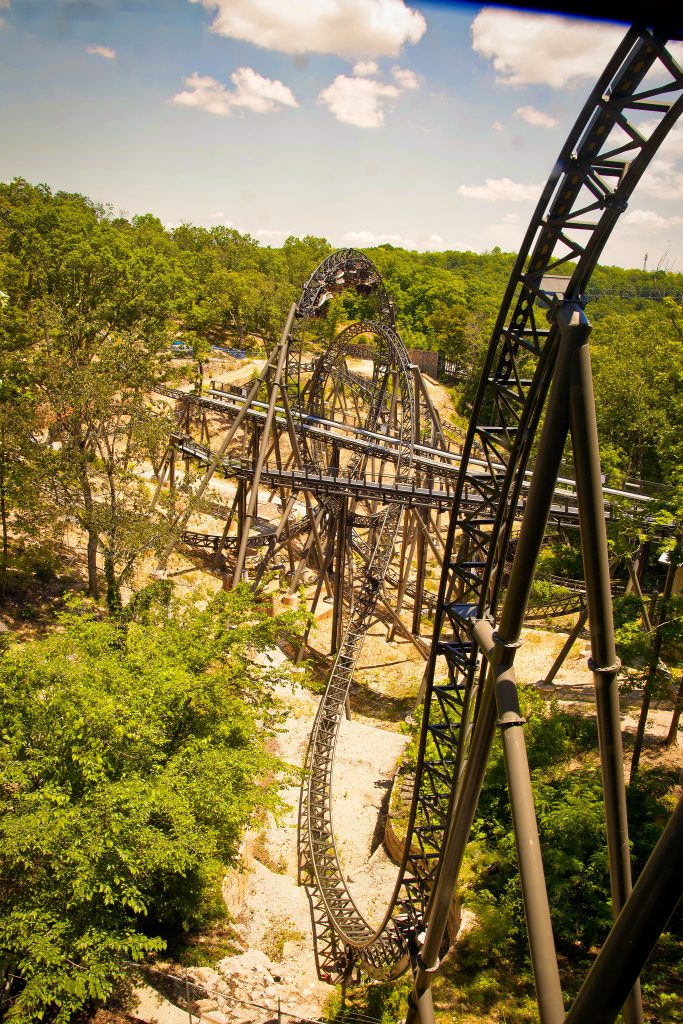 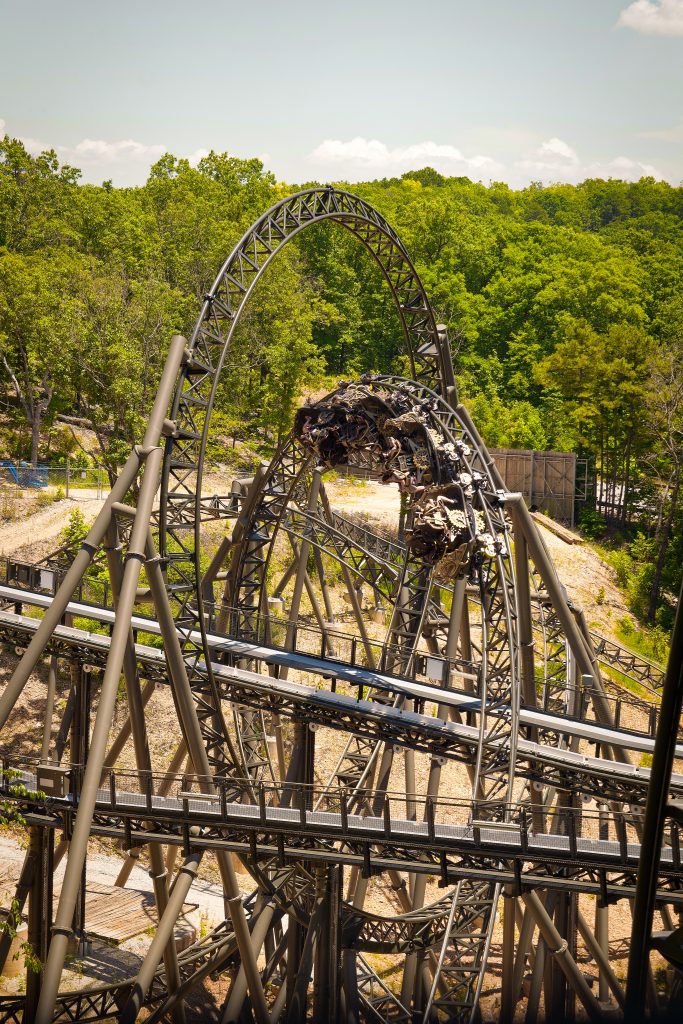 That’s it for our SDC visit! Make sure they’re on your list this season – by and large, they’re handing CDC measures better than the average park. 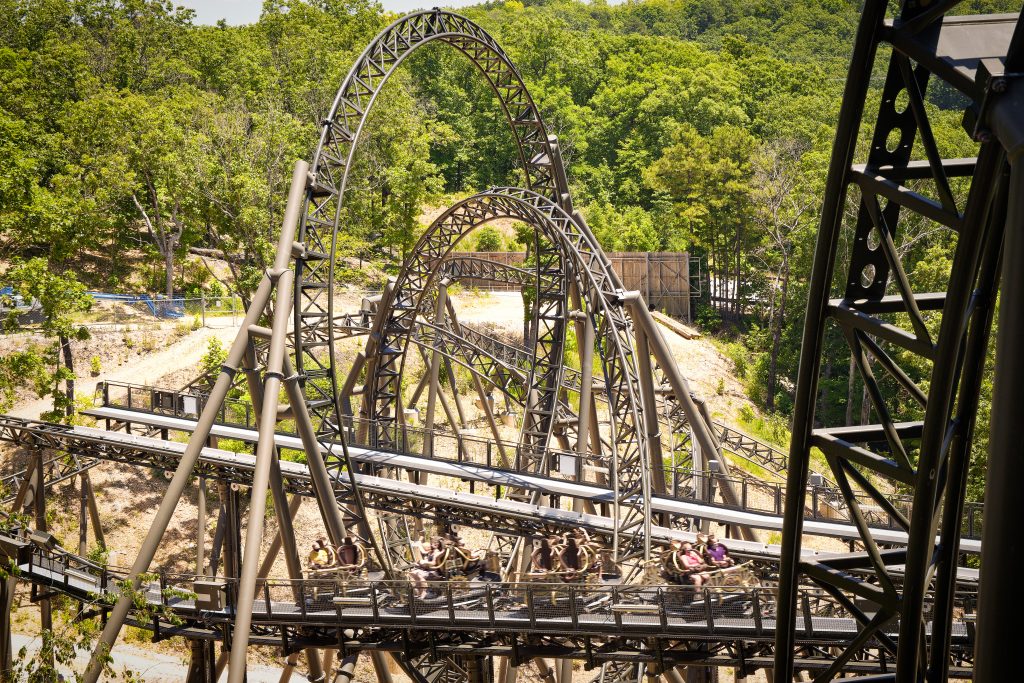