Sven: You probably know that I live in Belgium. Coasterwise, we don’t have the tallest or the most thrilling coasters out there. However, we do have some unique coasters that can only be experienced in our tiny country. Today, we put one of those in the spotlight as it is a true icon in many ways. Raise your glass to 30 years of excitement thanks to Revolution at Bobbejaanland!

– In the past, many of our images have been posted, featured, and shared on forums, social media platforms and websites around the web. We work hard to provide the coverage that we do, and we encourage our audience to share our content and use our images, BUT ONLY IF proper credit is given tothecoasterkings.com. Thank you! –

For those of you who haven’t ridden Revolution, let’s talk about what exactly an Illusion coaster is. This type of coaster has a very long train (30 or 40 coaster compartments) which goes up via a spiral lift hill up to 91.86 feet (28 m). This happens in the inner ring, the core of a 164 feet by 164 feet (50 m by 50 m) building. On top, there is a giant projection screen featuring a film including a clock. That used to be part of the Illusion concept as you had one screen on top and one on the bottom that showed synchronized images. Riders could thus experience a visual and audio experience like never seen before. Once on top, you go down via the outer ring by rapidly going down at 31.07 mph (50 km/h). At the bottom there is one final helix back in the core building before reaching the station. It is definitely a family coaster but with a twist due to its multi senses experience. 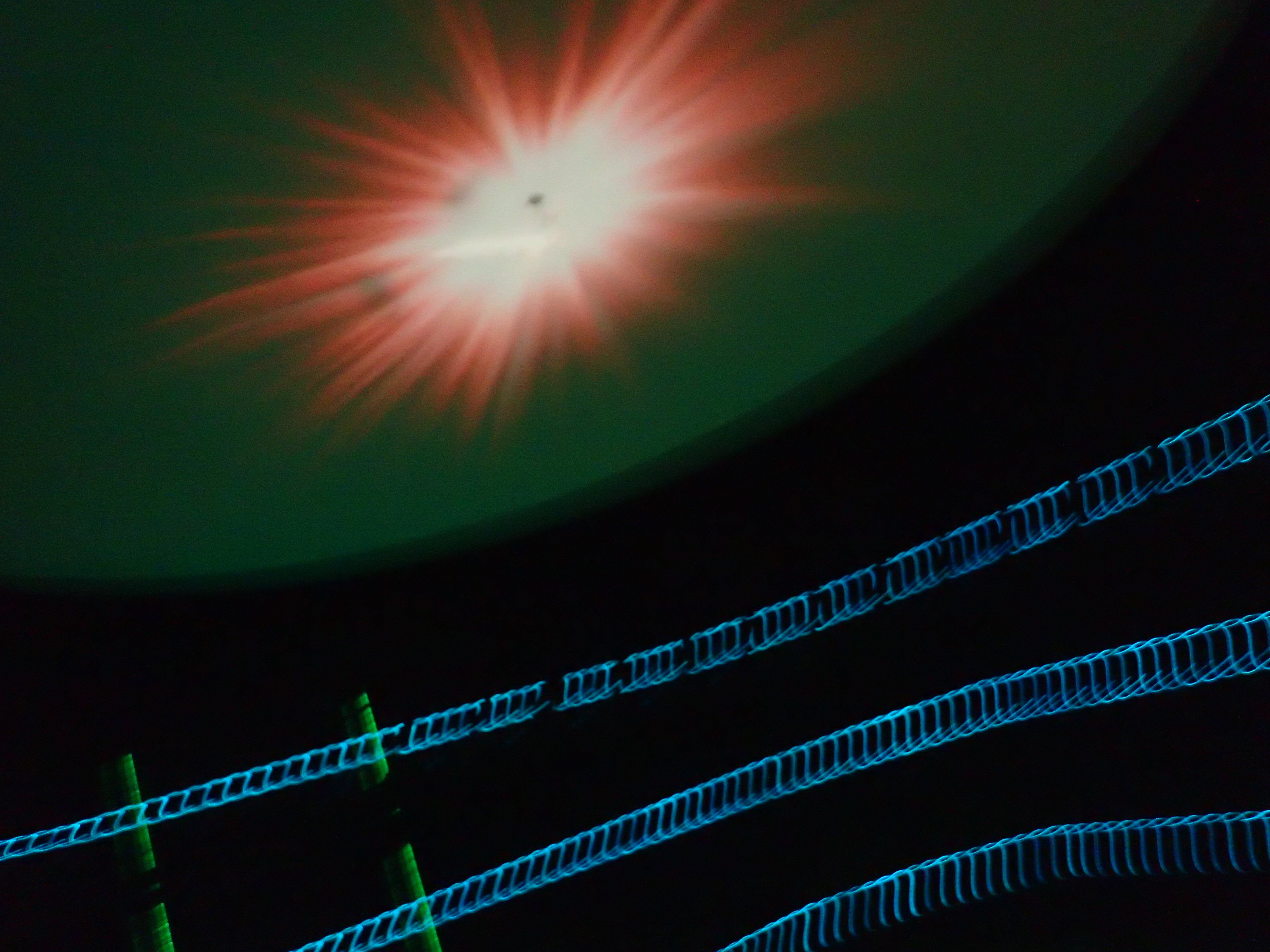 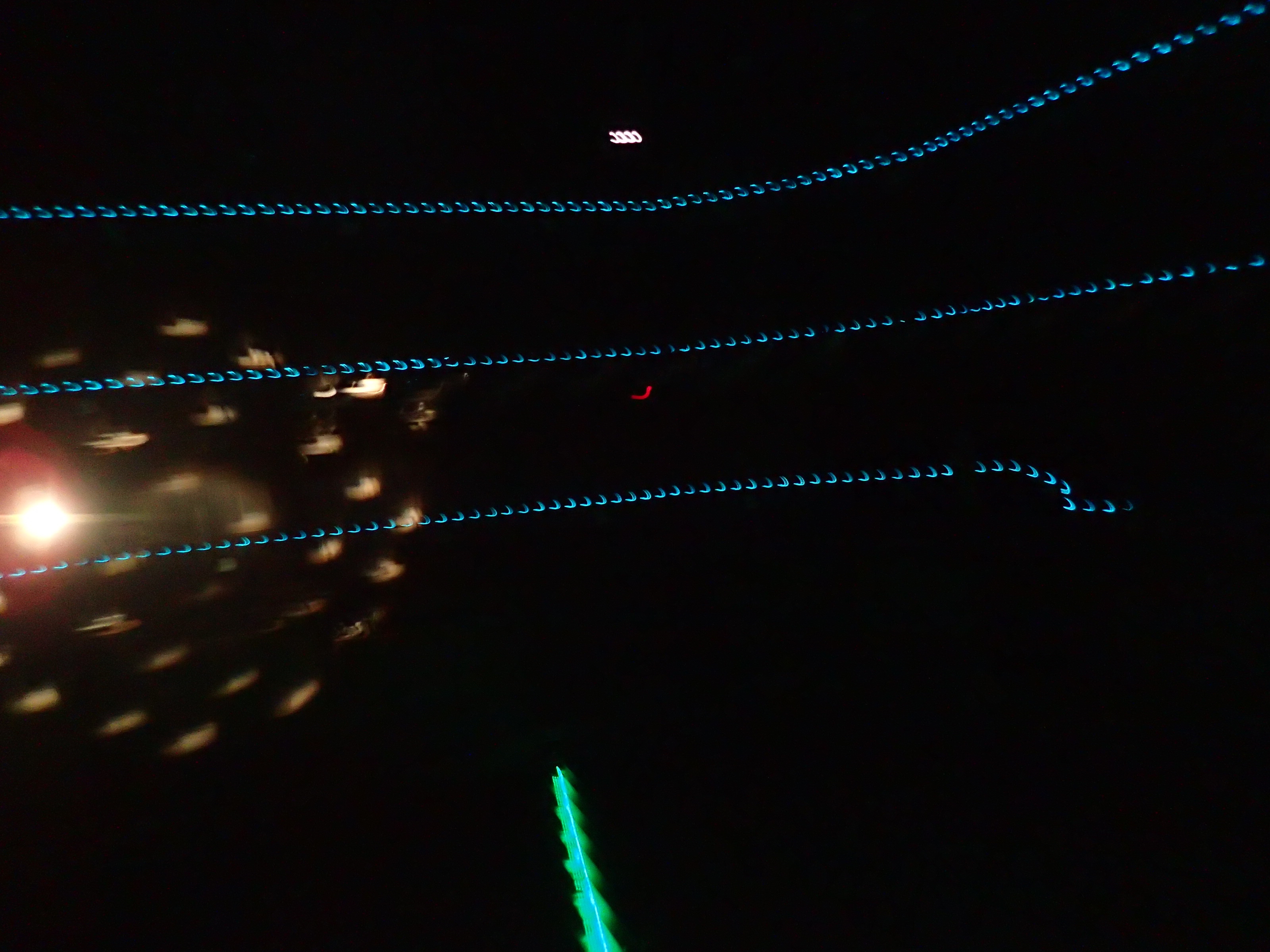 Let’s go back to 1989. That year, not one but two Illusion coasters opened in the world. One in Europe and one in the States. At Opryland USA in Nashville, Tennessee theme park fans welcomed Chaos as the first Vekoma Illusion coaster. That ride had the longest coaster train in the world with 40 coaster compartments and a total length of 242.78 feet (74 m). Through the years, it was several times rethemed including a nuclear reactor and in 1994, there was even a dragon. When the park closed in 1997, they sold the coaster to Old Indiana Fun ‘n Water Park which was then a Premier Parks project to reopen that park. Eventually, the project got cancelled as Six Flags became property of Premier Parks. And so that was the end of the story of Chaos.

In Bobbejaanland on June 15th 1989, the European Illusion coaster had its first ride. Similar to Chaos, except that it “only” has a 30 coaster compartment train. This still is the longest coaster train in the world with a decent 183.72 feet (56 meter) length. Next to the ride, they added an indoor area – Hall 2000 – with a restaurant. In it’s original concept, it had the same 78.74 feet (24 m) wide screens on both top and bottom with a projection of 2.76 inch (70 mm) images. In the outer ring, it had special effects such as breaking glass, fire, a time portal and gears. One year later, they installed Moonflowers in the inner ring and the gears in the outer ring got replaced by fire projections. 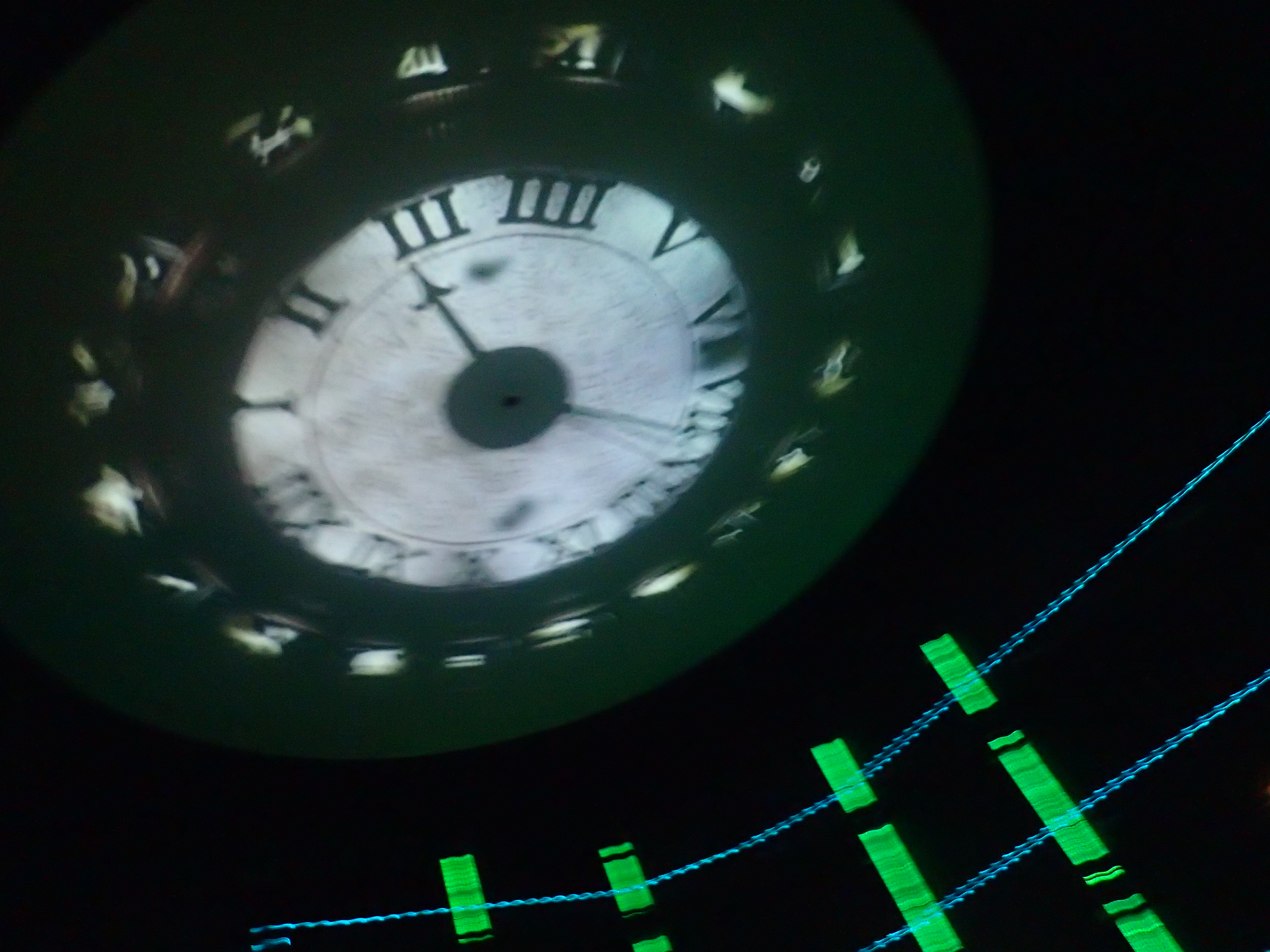 In 1997, the original music was replaced by Capricco Italian by Russian composer Tsjaikovski. Several projections retired in the outer ring because of the train vibrations. Two years later, they also removed the lower screen in the inner ring as the projector on top was done for. Too expensive to replace, they placed a projector on the bottom side in a newly created crater to project upwards. The clock projection got switched and went thus from the bottom screen to the top. In 2004 however, the projector broke down and they changed the concept to a laser show on the top screen. During that year, they played a lot with the music as well. Among them: “Stratosfear” by Tangerine Dream, “Bones on the Beach” by Michael Hoenig and during Halloween even the Halloween version of the Euro-Mir soundtrack. In 2005 however, they restored the projector, digitized the film and an adapted version of “Bones on the Beach” became permanent.

Bobbejaanland introduced a new ride in 2008:  Banana Battle. They installed the new indoor splash battle inside the former Hall 2000 and thus they rethemed the whole area. One year later, they also added King Kong, a Huss family ride. Revolution changed from a more retro space theme to a jungle theme. In the queue, they added green nets and fake animals. The movie got replaced with jungle images and different music. Also the name became Evolution instead. Fans were not pleased at all with all these changes and pleaded to bring back the original ride version for years. 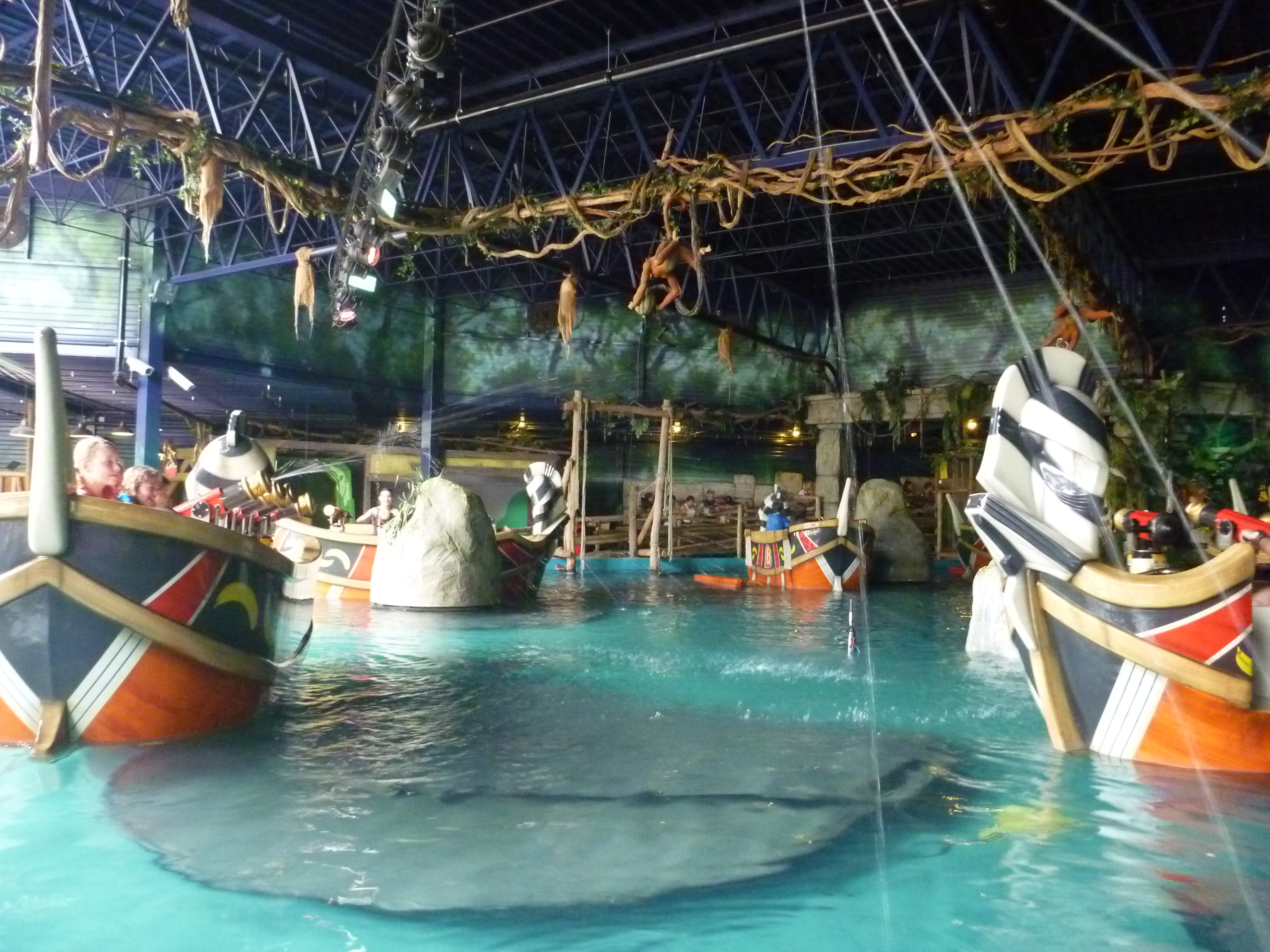 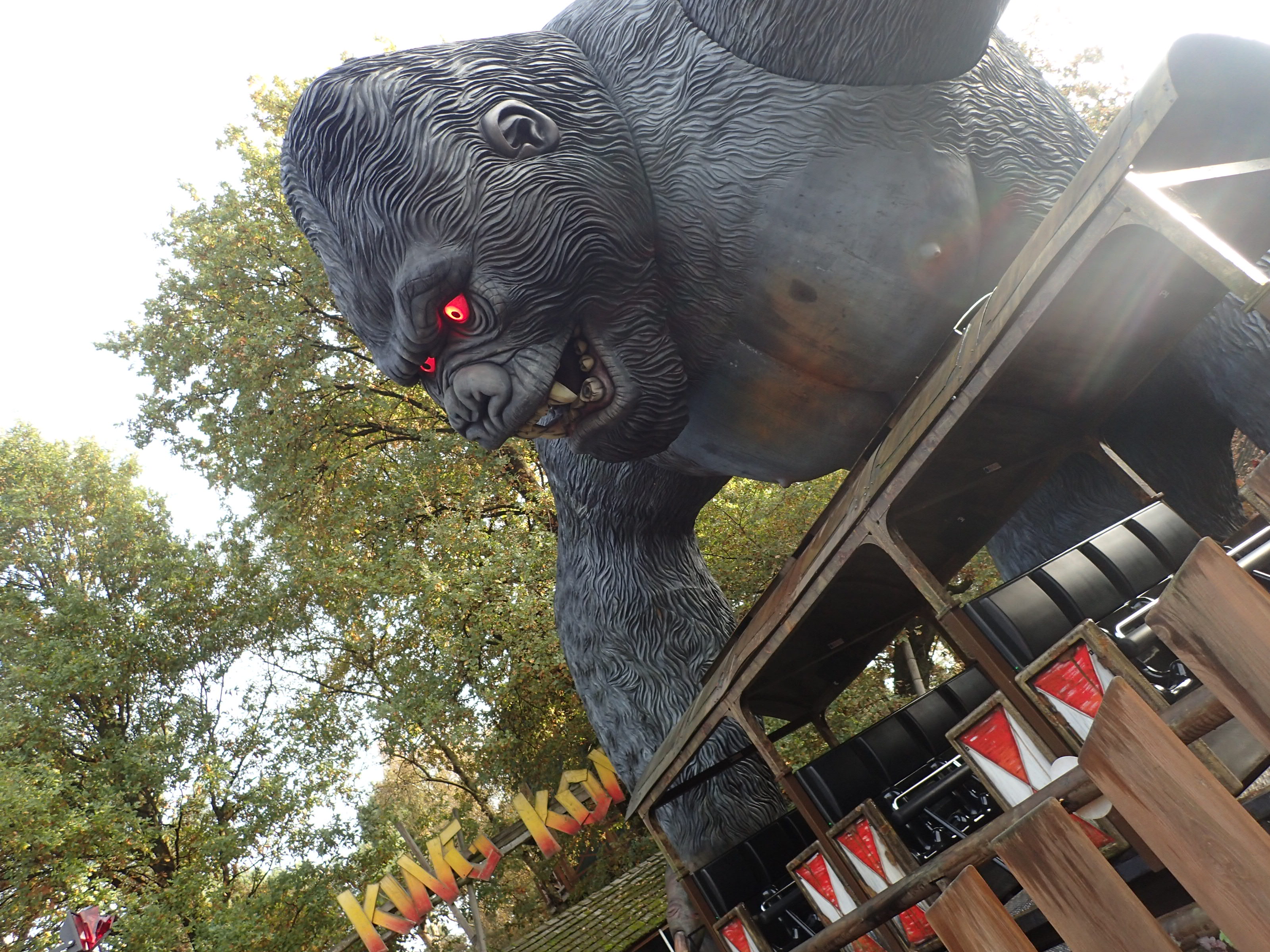 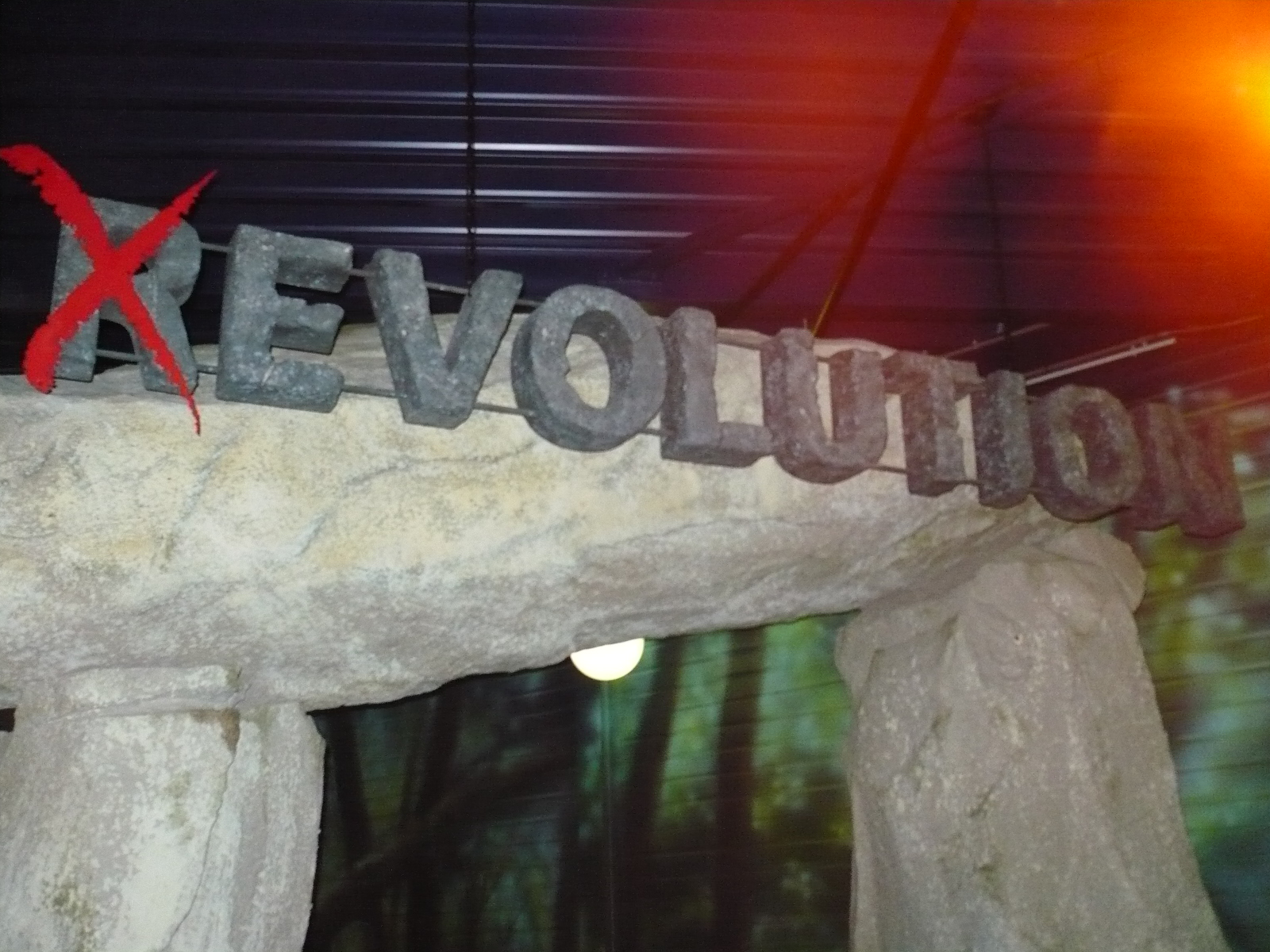 On June 20th 2009, they celebrated 20 years of (R)evolution in a unique way. There was a Belgian music group, 2 Fabiola, who performed a concert in the inner core while the ride was in operation. Definitely a one of a kind experience. Fans were finally heard in 2011 when they brought back the original Revolution film for the golden celebration of the park. It was intended only for the celebration day, but they kept it nevertheless. In 2014, they celebrated the 25th birthday by removing all the jungle theming and bringing back as much of the old theming as possible. Revolution was back like never before. 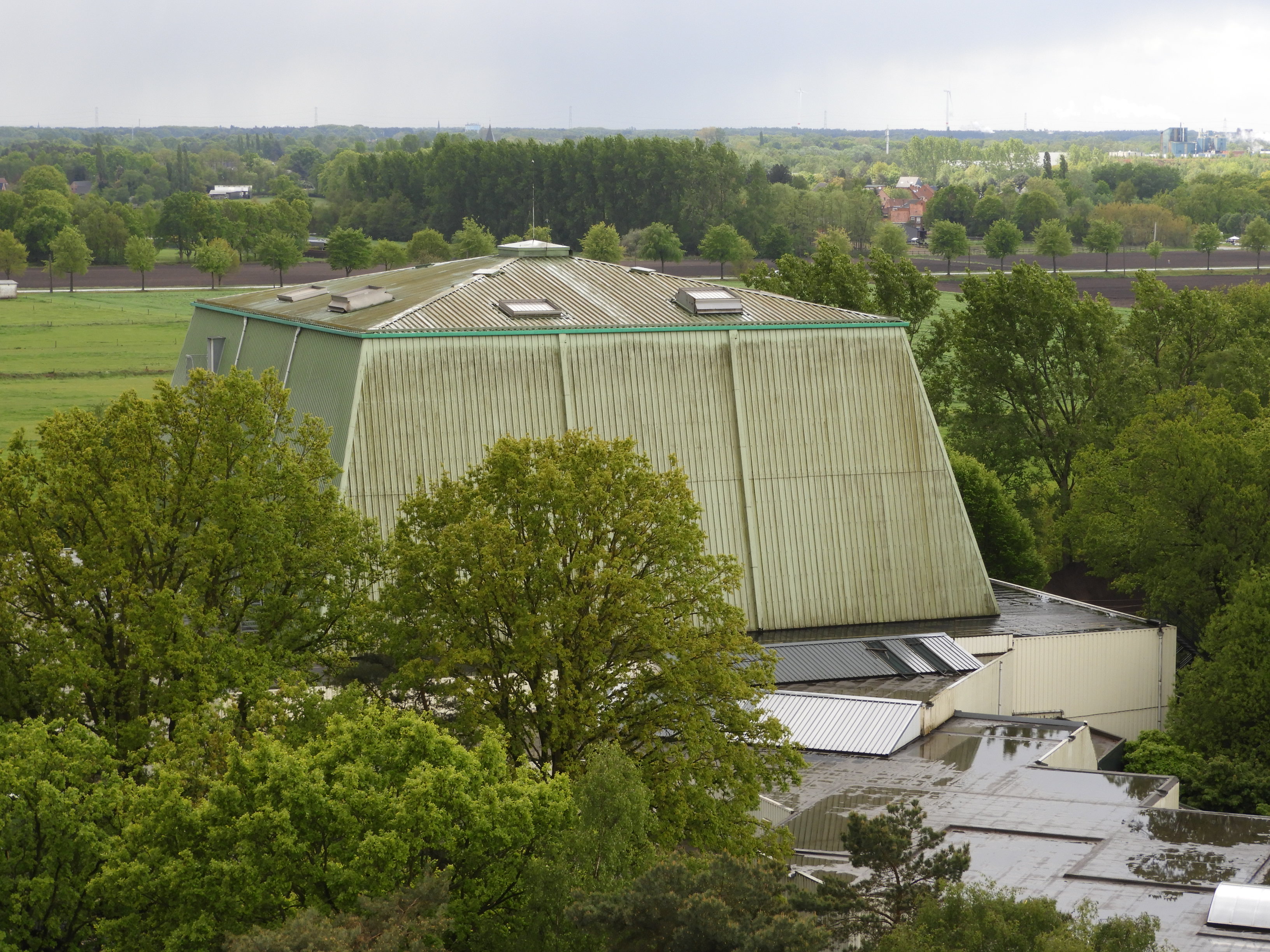 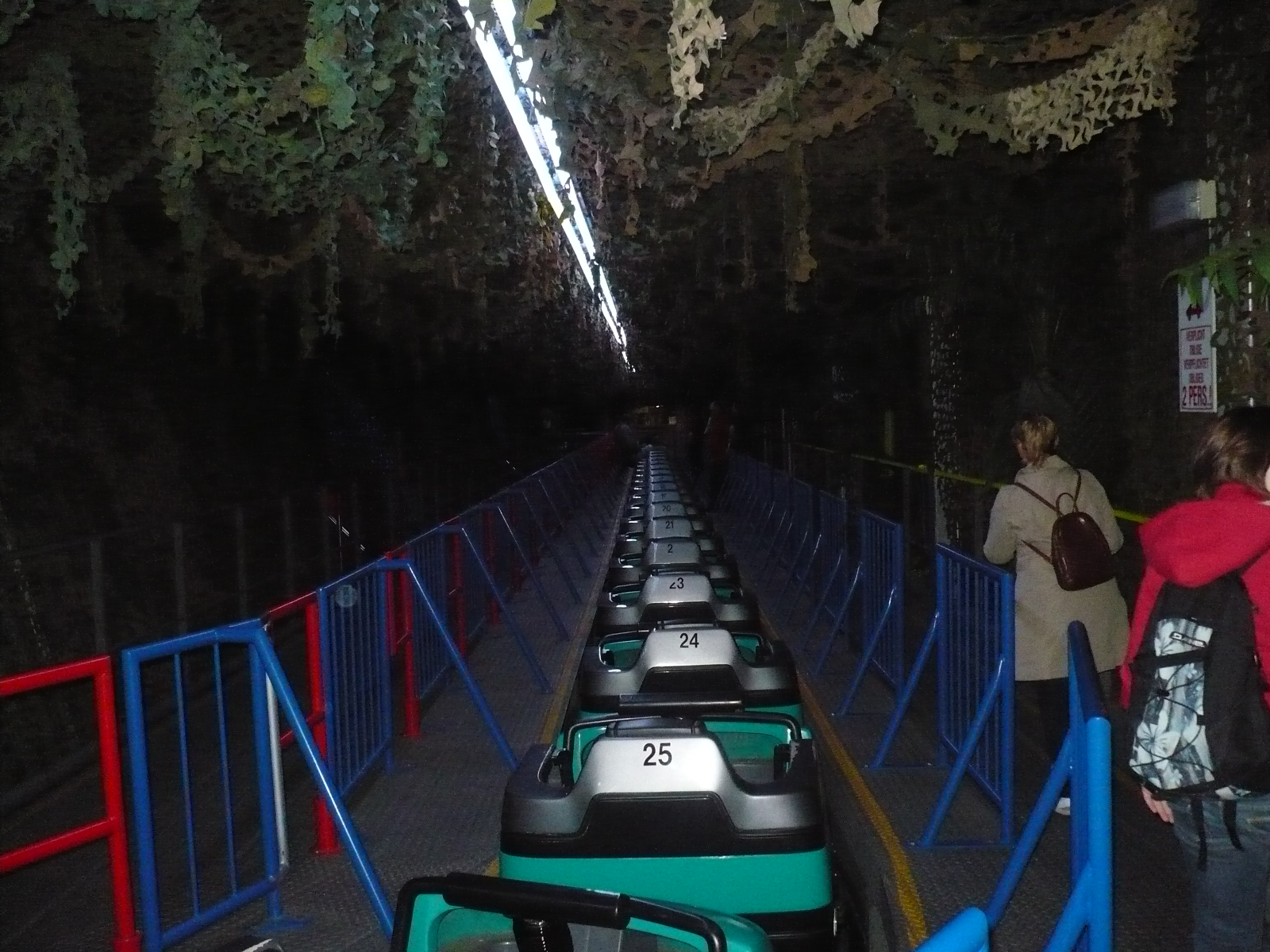 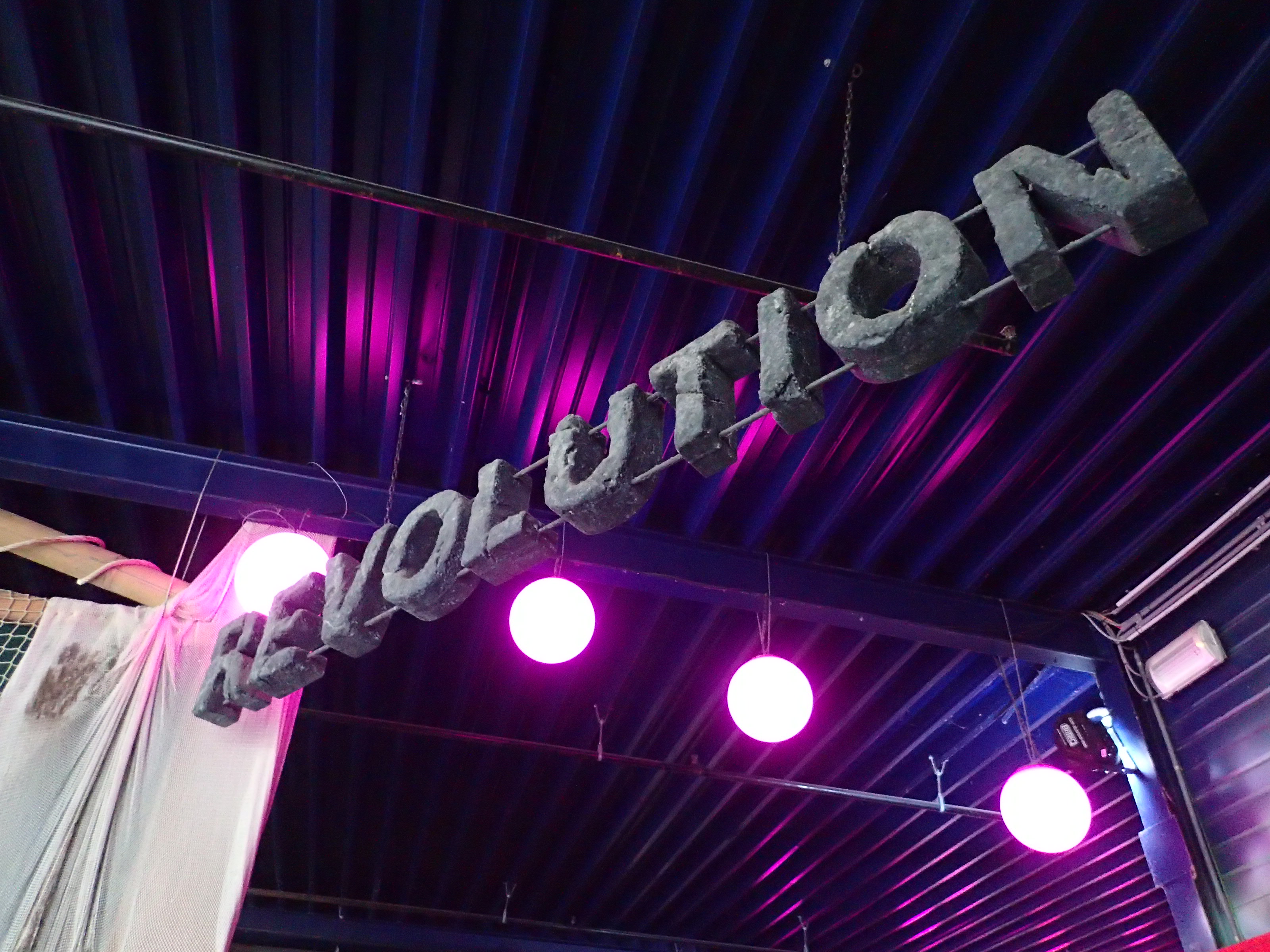 In 2016 however, we got a new change to the ride. It became Belgian’s first VR coaster which renamed the ride Mount Mara. To ensure that the old version was still possible (to avoid angry fans), they offered the two versions during different times of the day. For example, in the morning you could ride Revolution, while in the afternoon it became Mount Mara. The VR experience was definitely impressive as they installed this together with Samsung on the longest train in the world. During the movie, you go upwards on a volcano with a quad. Once on top, the volcano bursts and you need to get down as quickly as you can. In the outer ring, the experience is a bit more shaky due to the vibration of the train. 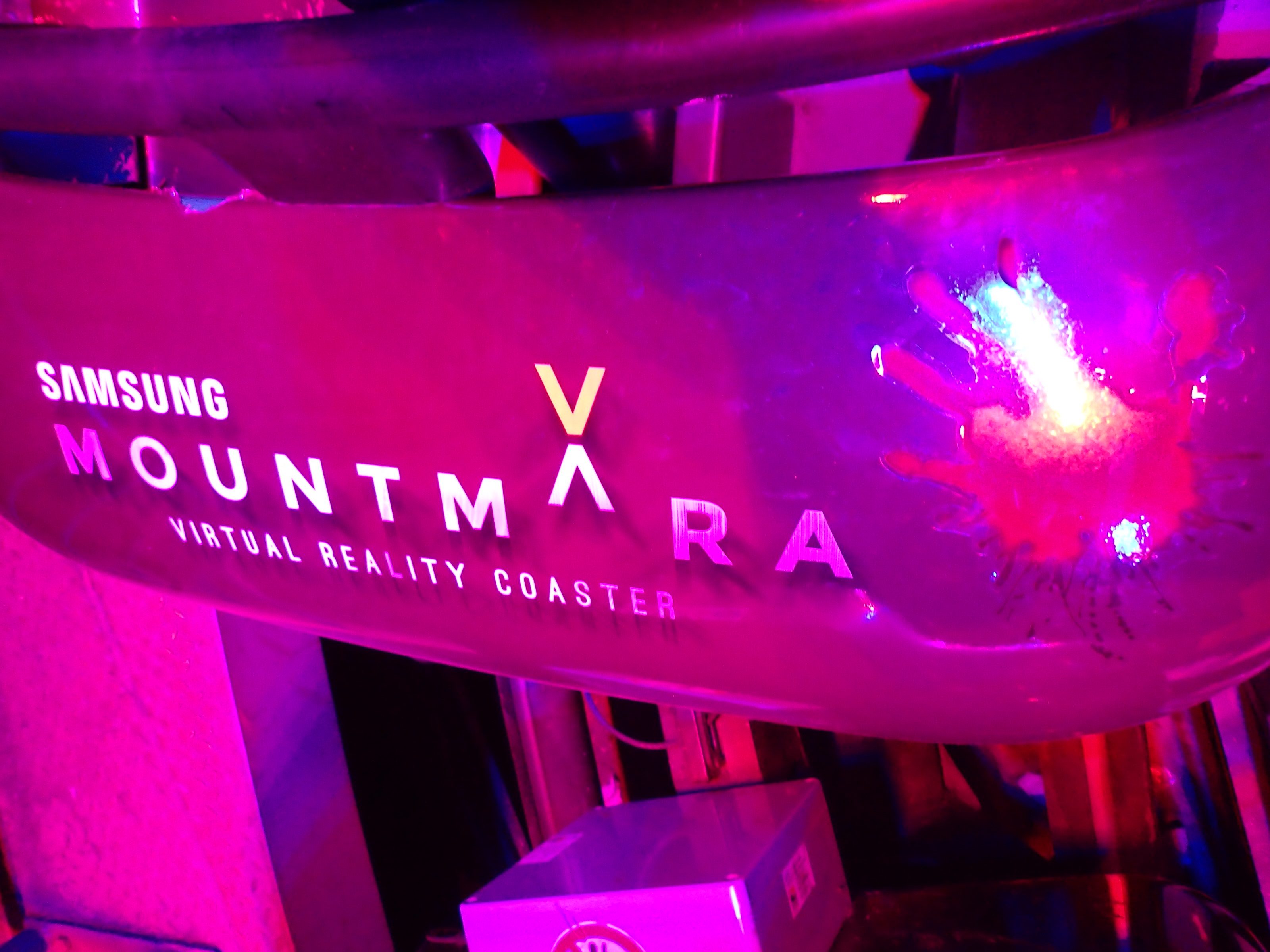 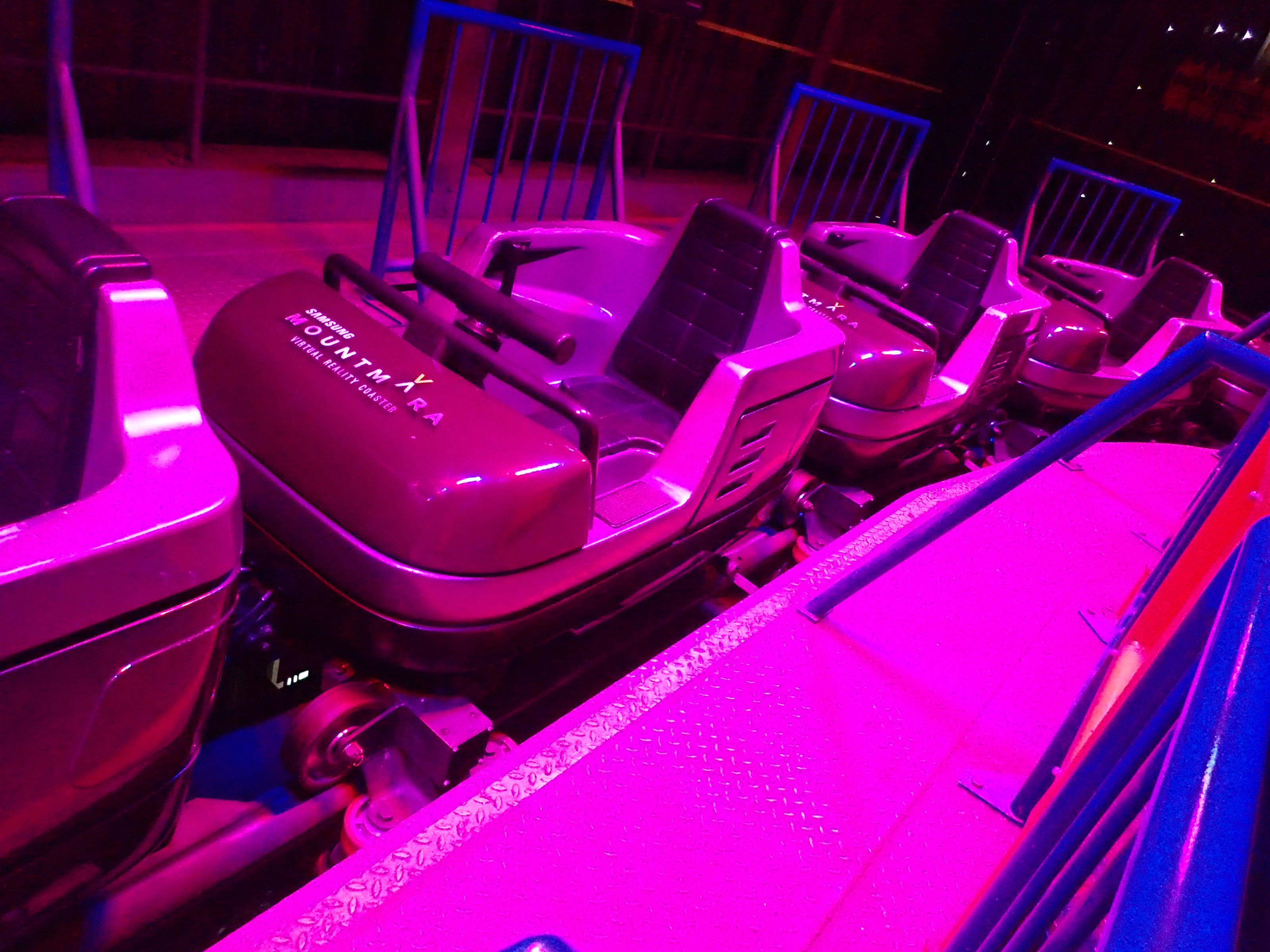 One big problem occurred during Mount Mara time: the queue. Waiting times usually tend to be pretty low at Bobbejaanland but all of a sudden, this high capacity ride’s waiting time got doubled and more. The train capacity got cut in half as there is only one VR set per seat, while you can usually sit with two people per compartment. That’s why they changed the system that year to the front 15 seats to VR (Mount Mara) and the back 15 seats without VR (Revolution). This improved the times slightly, but it still works that way (and is one of the longest queues in the park).

So yeah, congrats Revolution! We hope that you’ll keep on going for a while and preferably with a space team instead of a jungle one. I’m afraid there’s no big celebration this year as the park prepares to open the newest themed area of the park: Land of Legends with Triple Launch coaster: Fury! But loyal fans will definitely raise their glass for this Vekoma classic! Cheers! 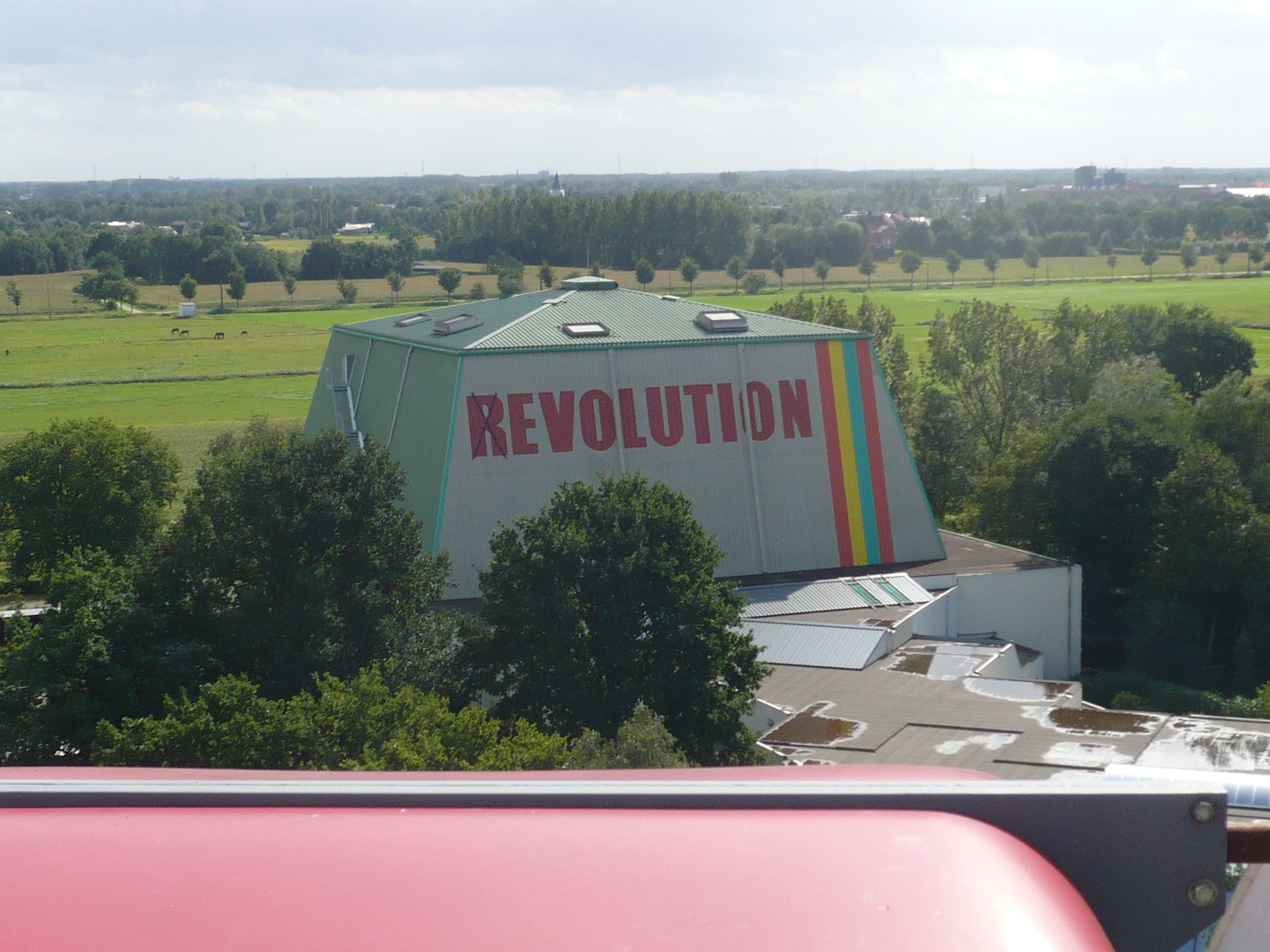 Thank you for reading this special article! We’ve got a ton of new coverage coming your way from around the world! Here’s some of our new content: