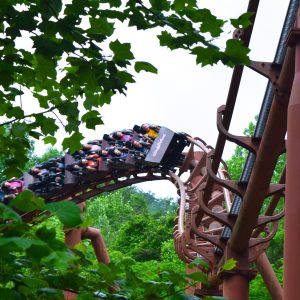 Alexander: It’s always a good day when you’re at Dollywood, even when Lightning Rod is closed or threatens to be closed.

The event may be “Lightning Rod Run”, but whether Lighting Rod runs or not, this is one of the most beloved ACE regional events of the year. 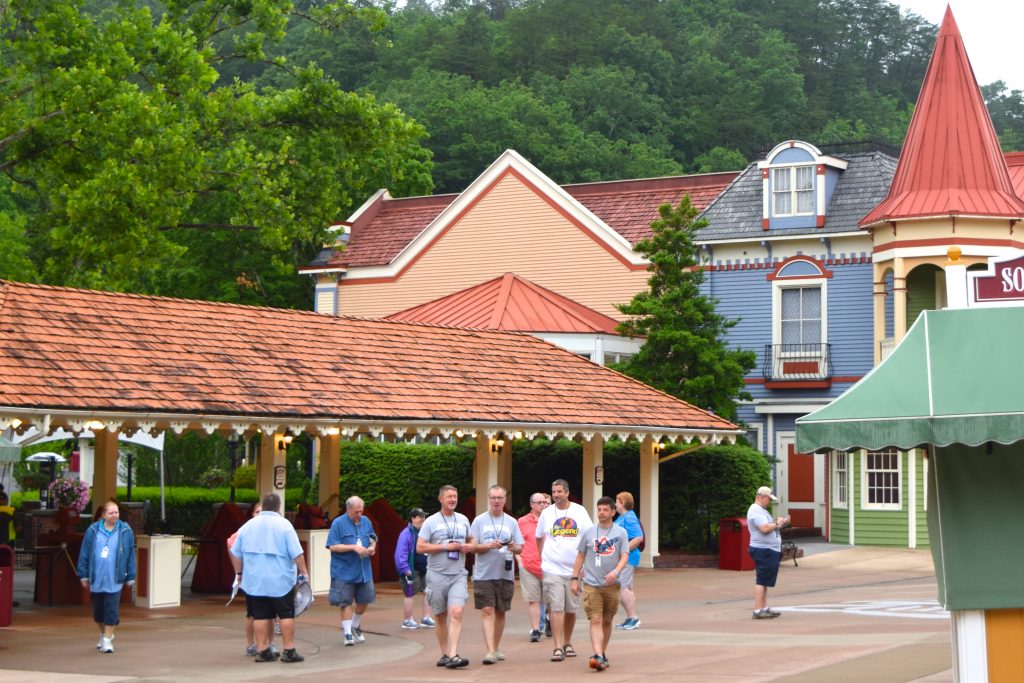 The weather is a bit cloudy in the AM, but Dollywood is still bright and lovely. 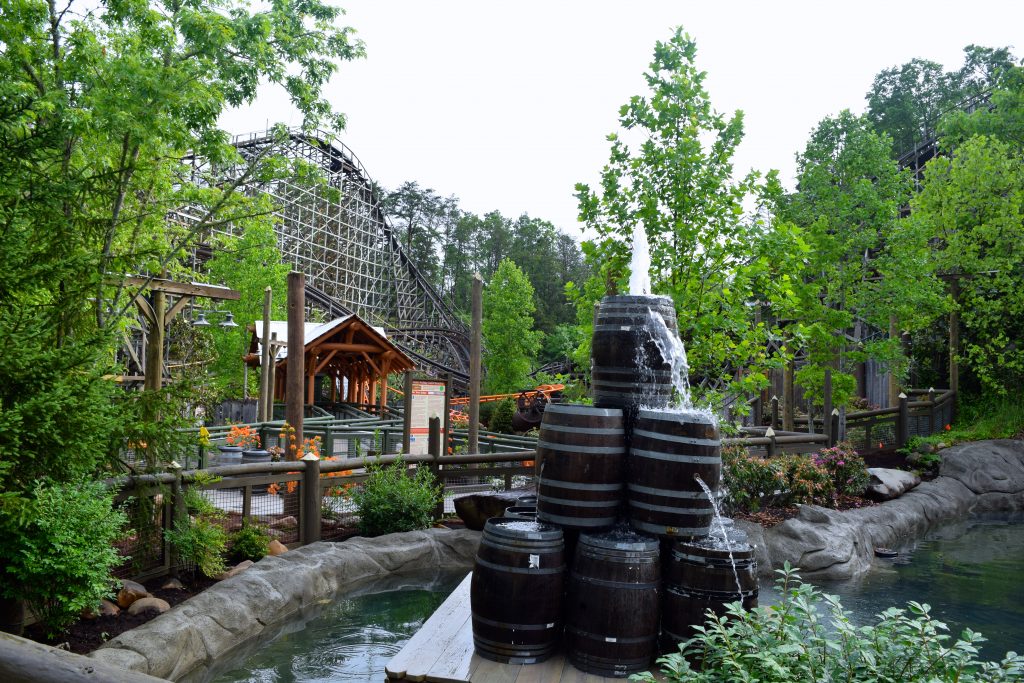 As we walked to our Wild Eagle ERT, we noticed lots of new touches all over the Timber Canyon area of the park to help accentuate the park’s two new-for-2017 attractions! (more on those later) 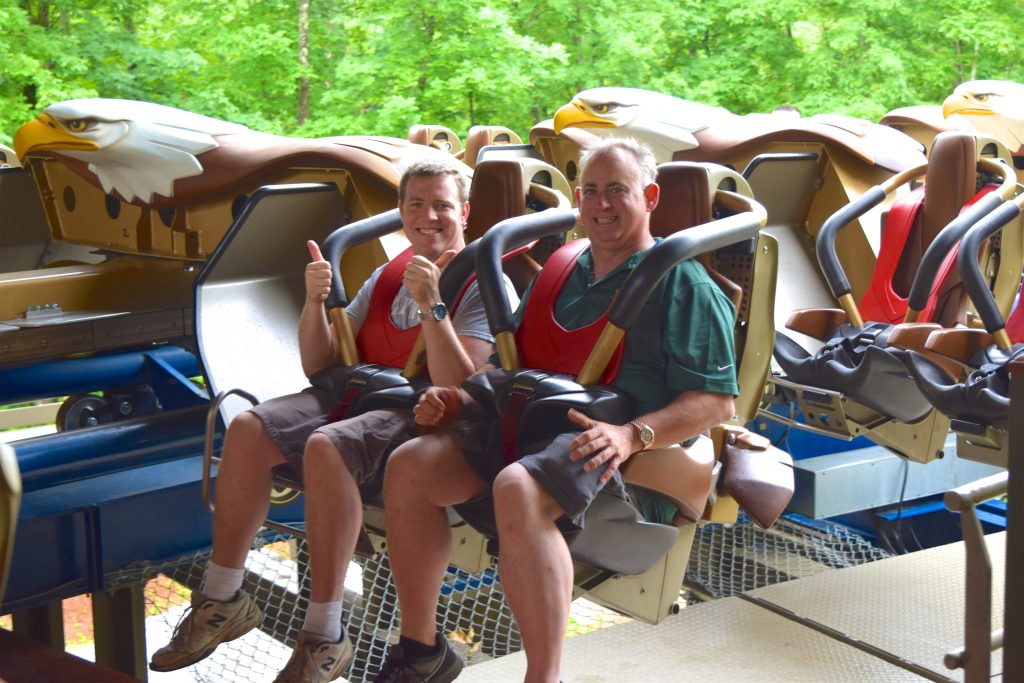 Everyone is excited to get some quality Eagle time in, even if it is because Lightning Rod wasn’t open for its morning ERT. 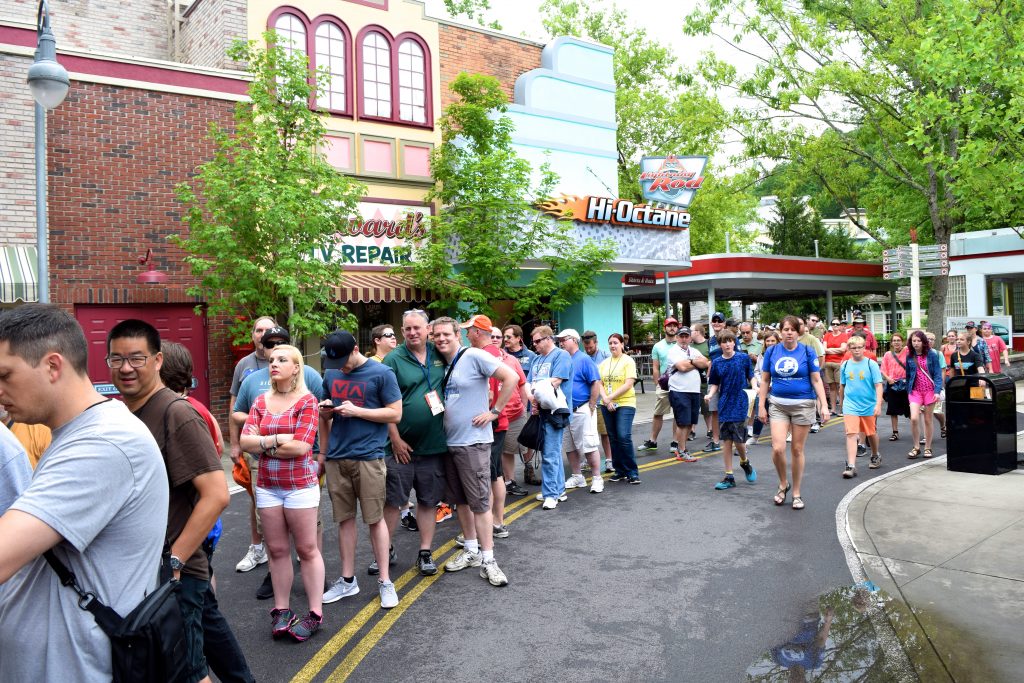 Lightning Rod did begin testing at around park open, however, so soon the guests flocked to Jukebox Junction in hopes of snagging a ride on the elusive contraption. 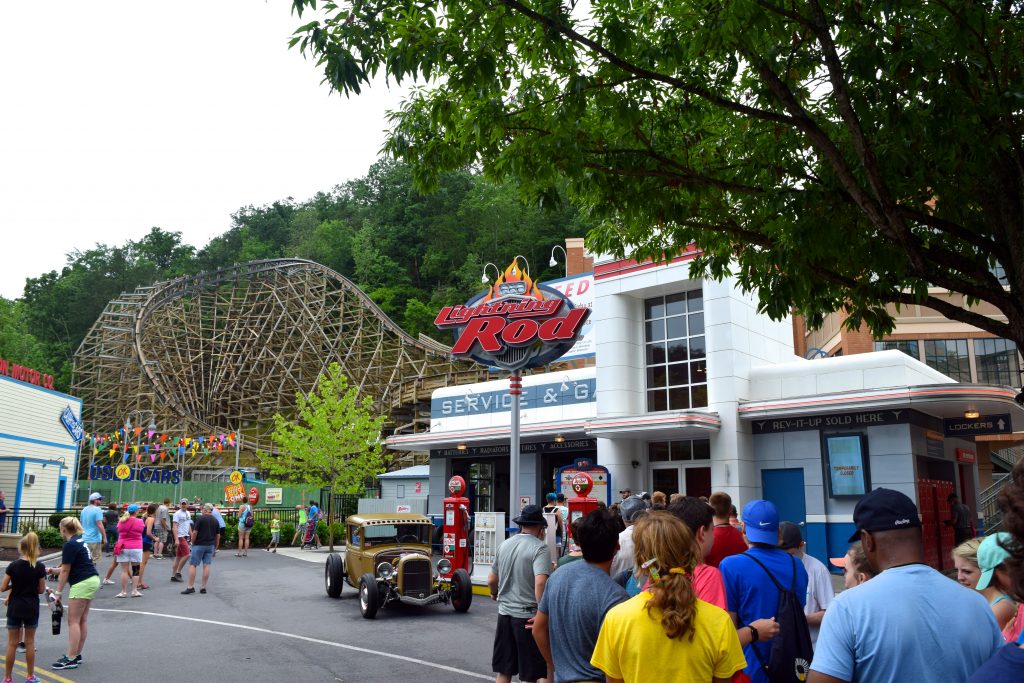 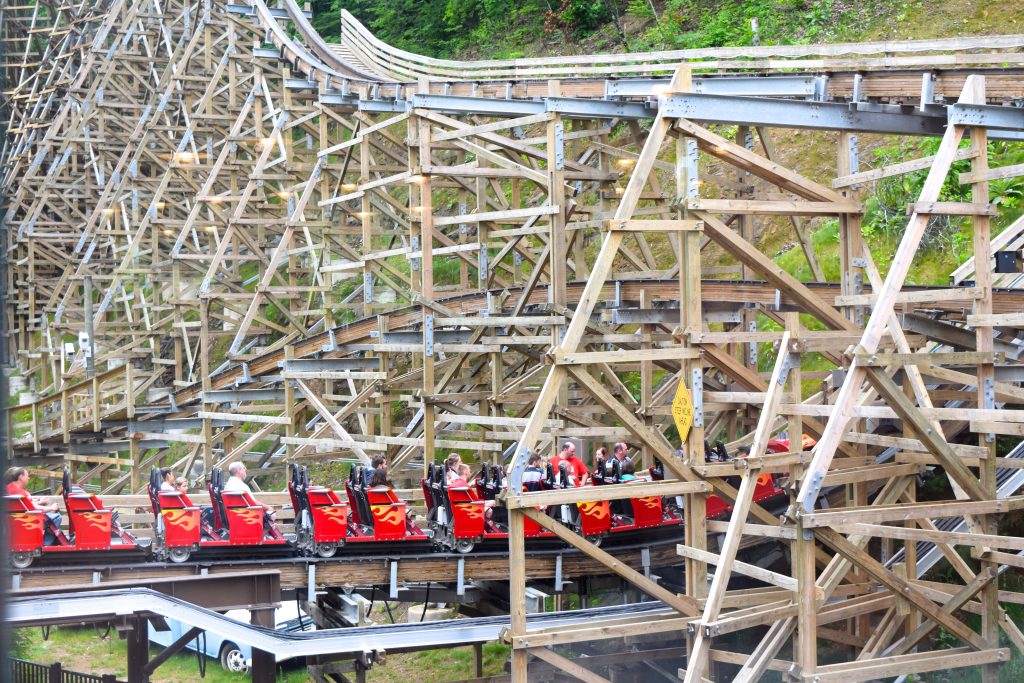 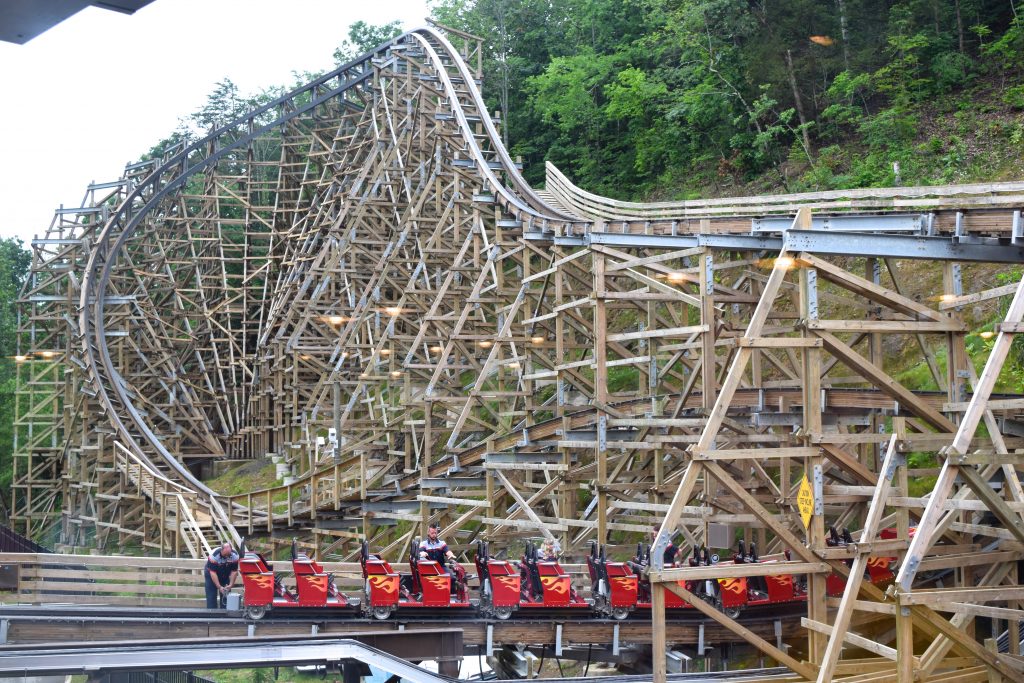 The first passenger dispatch of Lightning Rod lead to a valley right at the base of the launch, at which point riders were evacuated into the station. Apparently the LIMs are having trouble synchronizing. 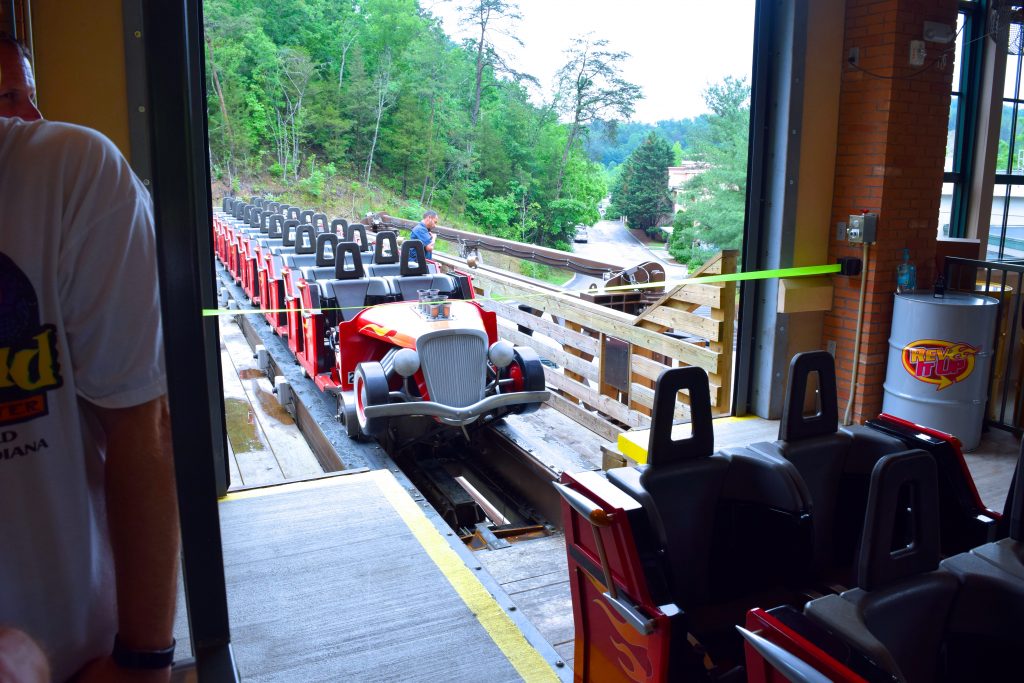 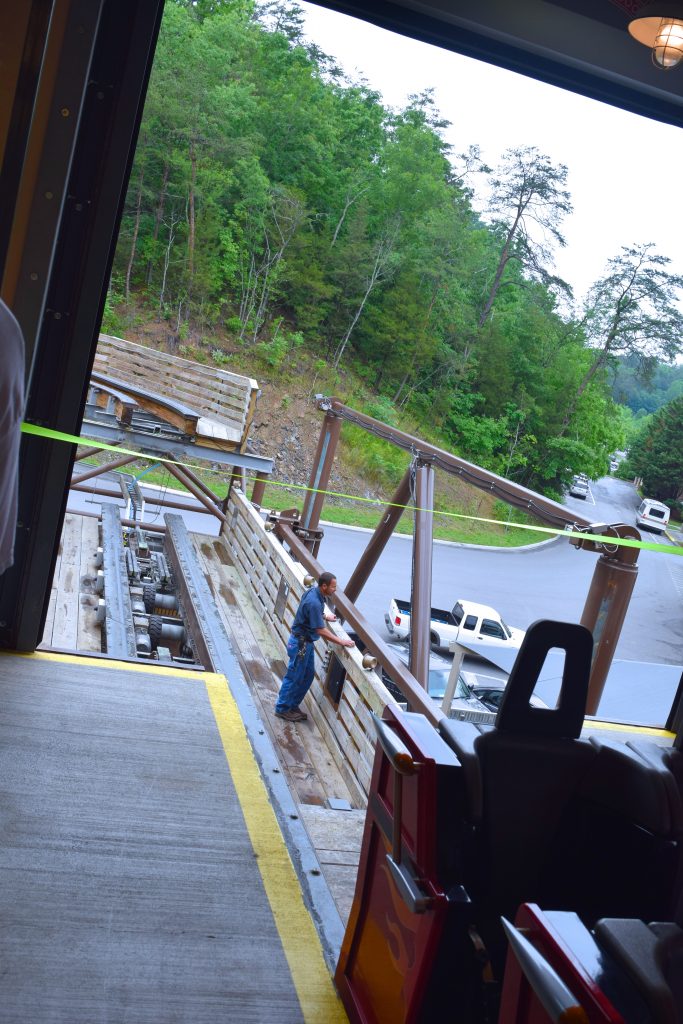 At this point they called it quits on 2-train operation. Passenger dispatches 2 and 3 (the train I was on) were eventually a success, but as my train disembarked from the station, the ride broke down once again. Shortly thereafter, one last push and one final train of riders were dispatched before another breakdown lead to an all-day closure of the ride.

I really feel bad for Dollywood. They’ve got the best roller coaster in the world, but it’s a glass cannon. The longer this keeps up, the more inclined Dollywood will be to take some kind of drastic measure to get the ride running with some consistency. As of this composition, the ride is dormant with no news on its status. 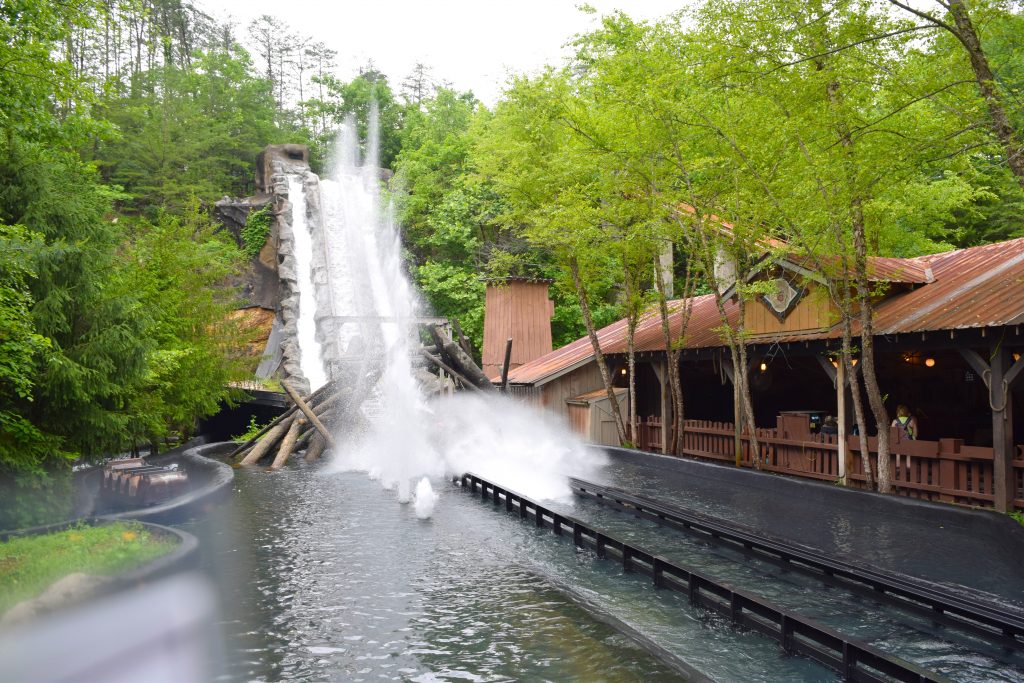 I can’t stress enough, however, that even with Lightning Rod closed you still have one of Western Hemisphere’s best theme parks. 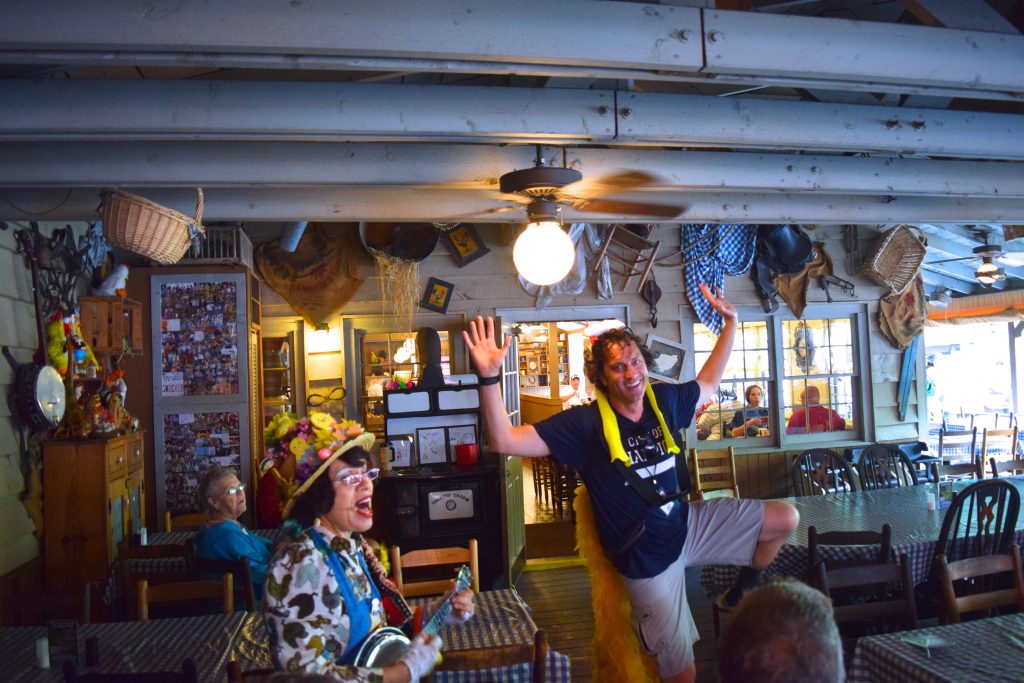 Even with a ride snagged on Lightning Rod, I’m pretty sure the highlight of the day was Darin doing the chicken dance with Miss Lillian. 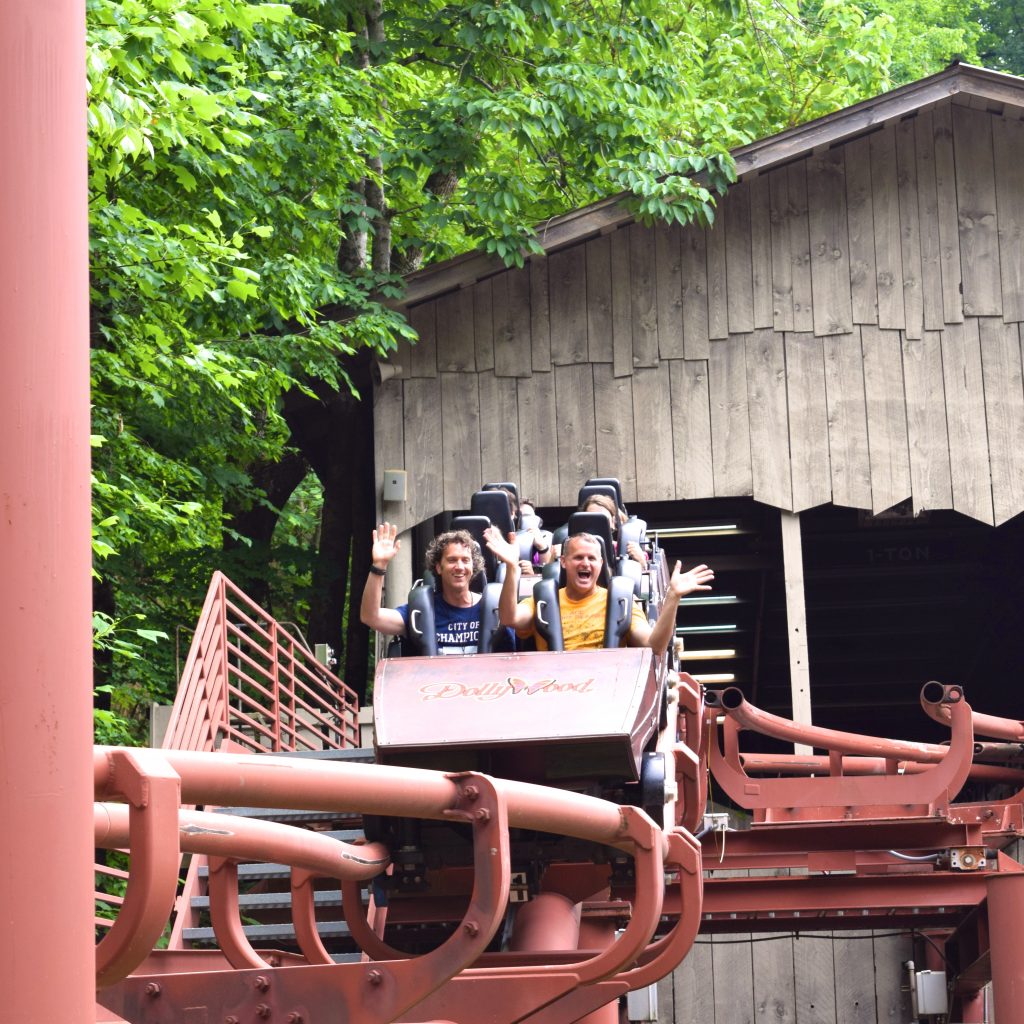 In the wake of the Lightning Rod staff shoo-ing everyone from the queue, Tennessee Tornado briefly had a 30 minute wait; almost unheard of for the 18-year-old Arrow looper. 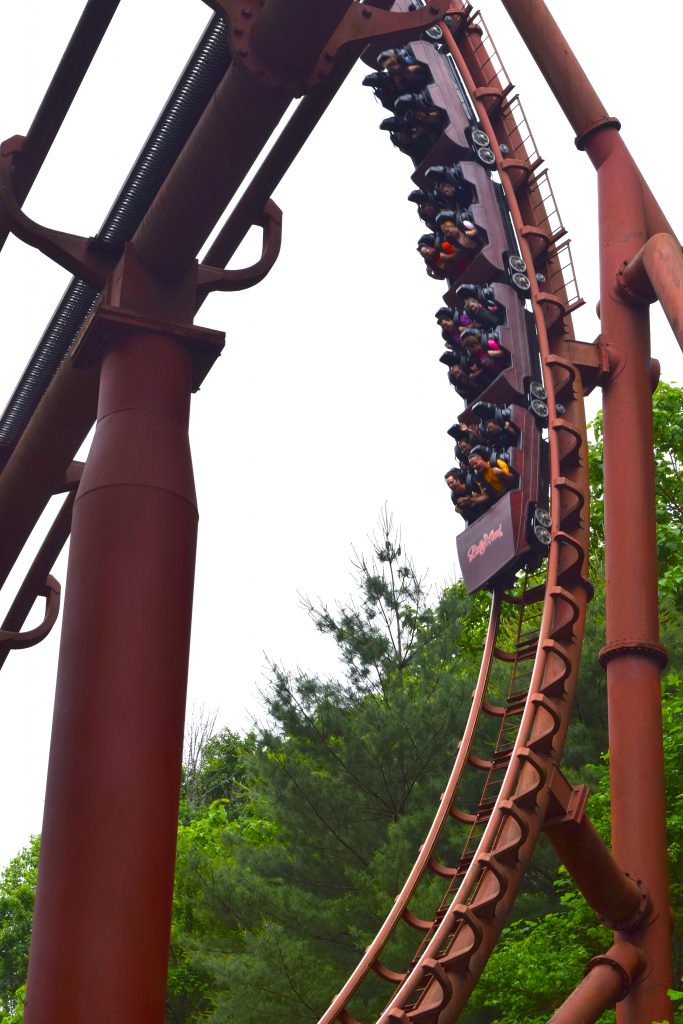 First-time riders on Tennessee Tornado are always quick to admit that they never knew an Arrow looper “could be this awesome”. 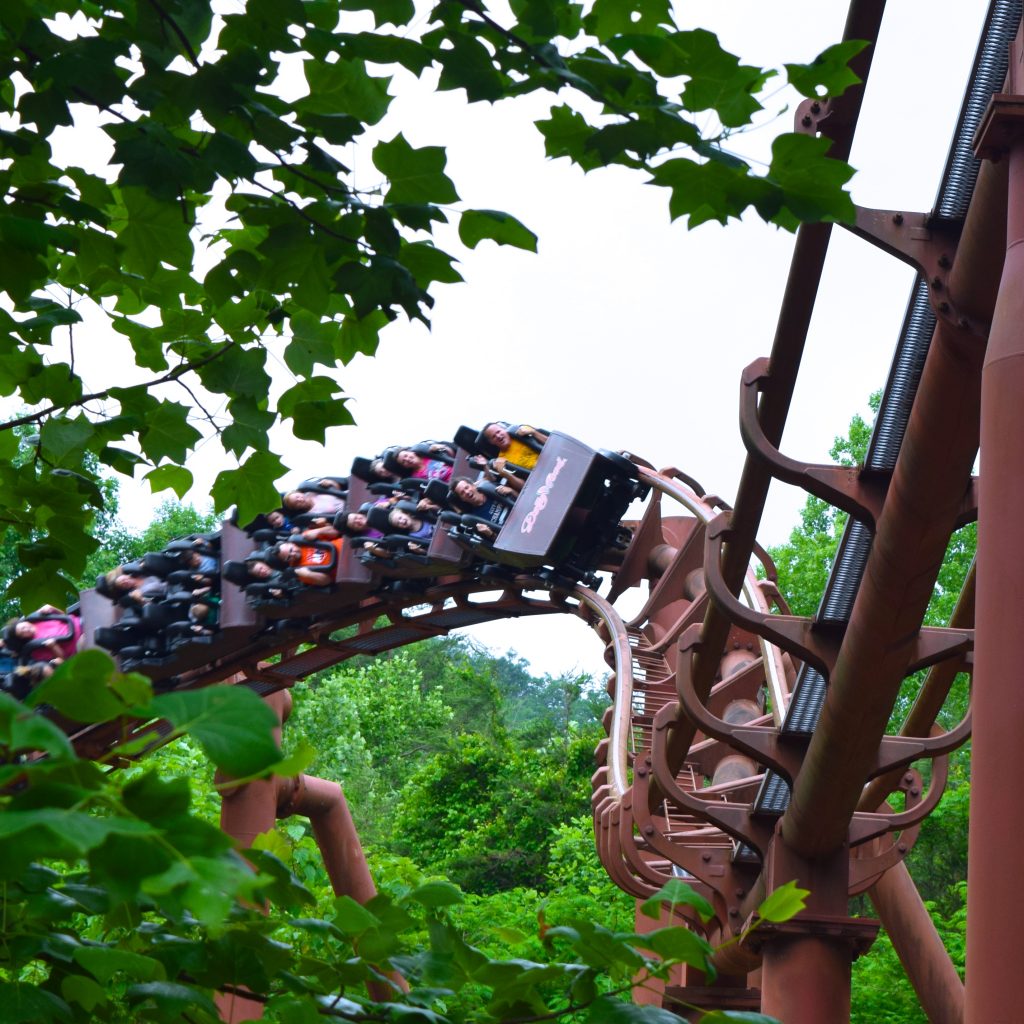 We here at CCCK are huge fans of all Arrow loopers, but we think Tennessee Tornado may be the biggest crowd-pleaser of the breed. 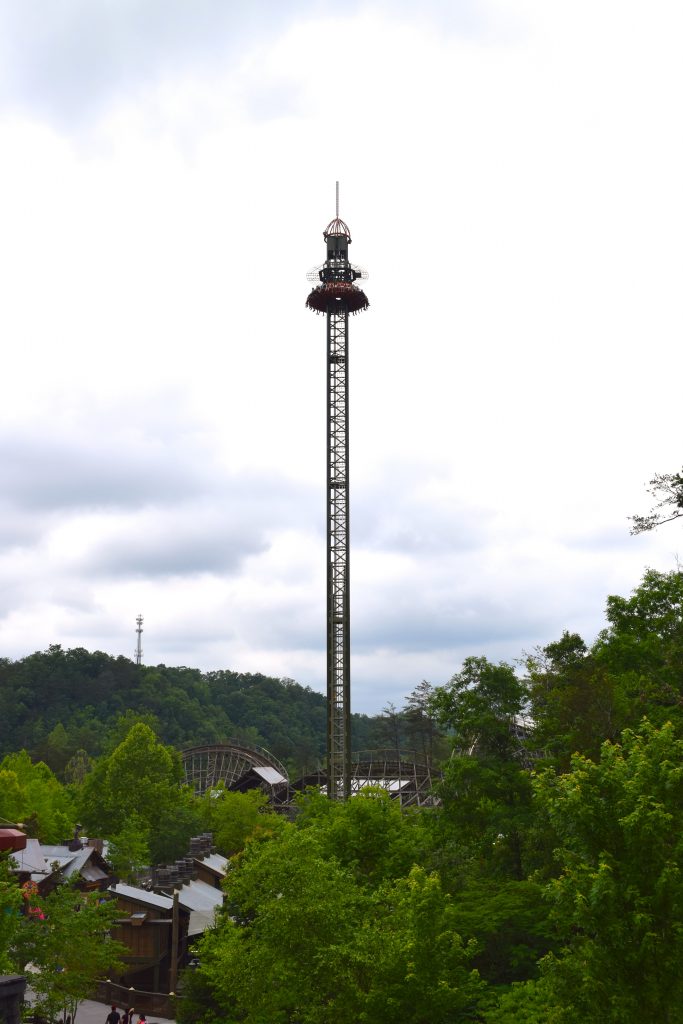 2017 may have brought some Lightning Rod troubles, but with it is also some good – like the amazing new Drop Line drop tower from Funtime (the company most famous for their Starflyer rides). 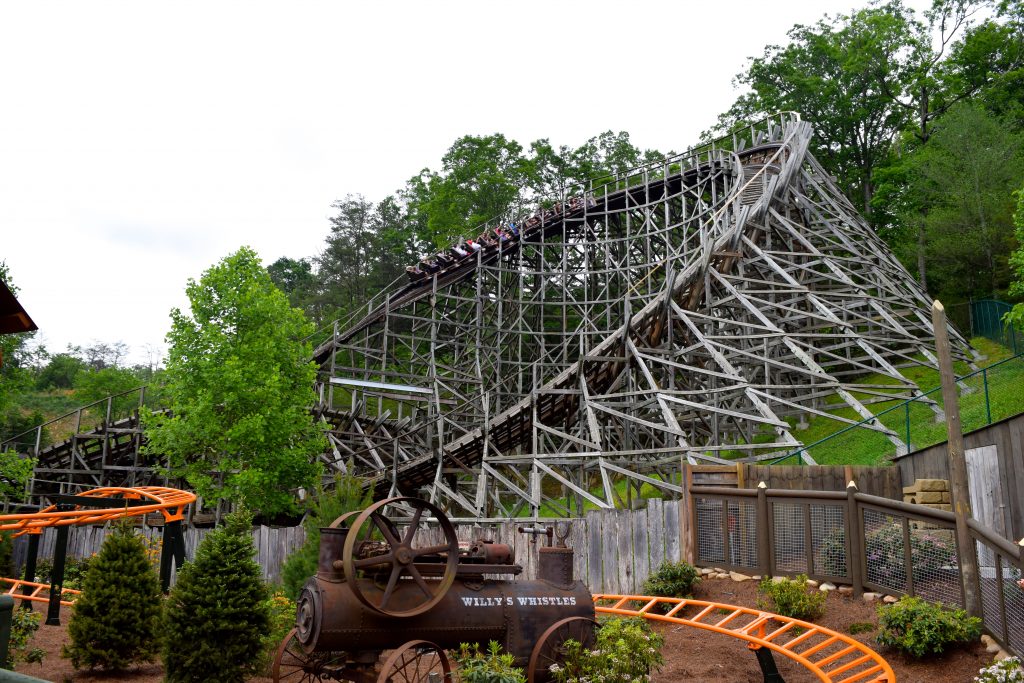 2017 has also brought a new kiddie coaster (and a particularly rough Thunderhead unfortunately). 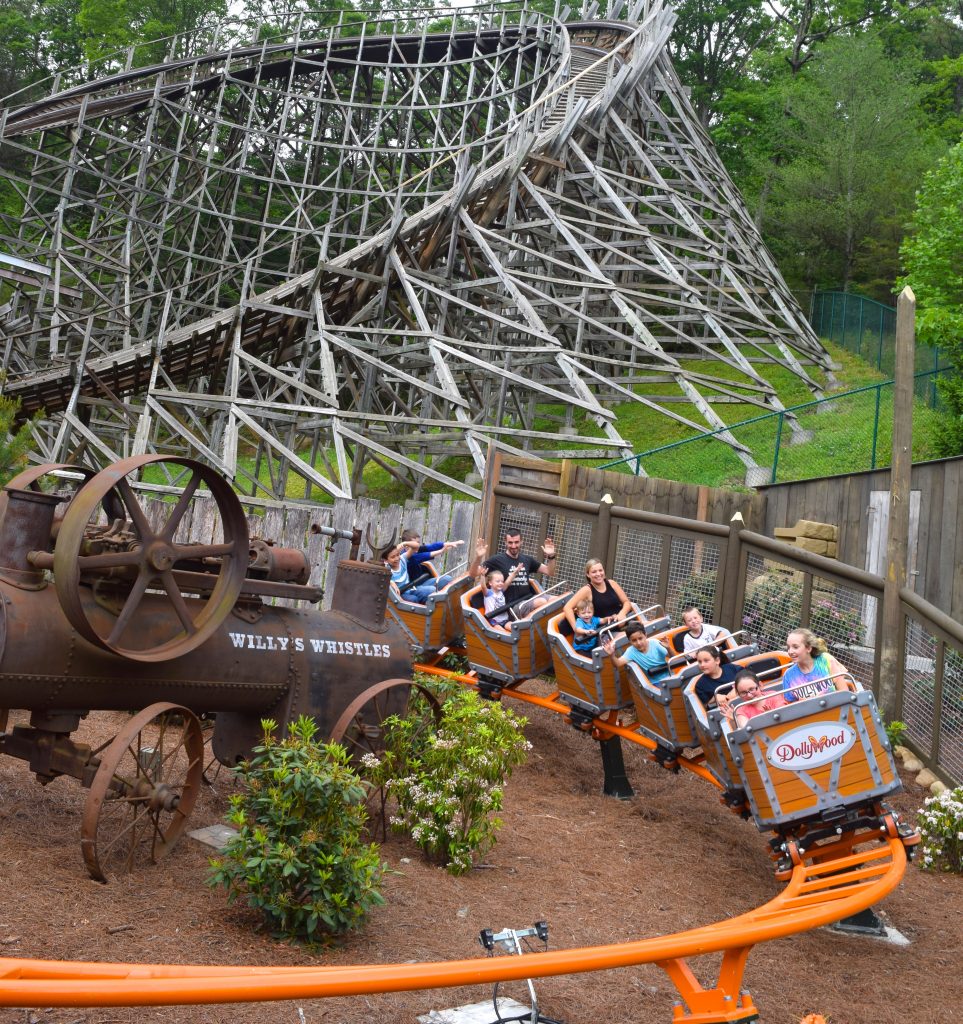 Back on our March visit, WhistlePunk Chaser was still only surrounded by dirt and Thunderhead was running pretty well. Amazing how things change in 2 months! 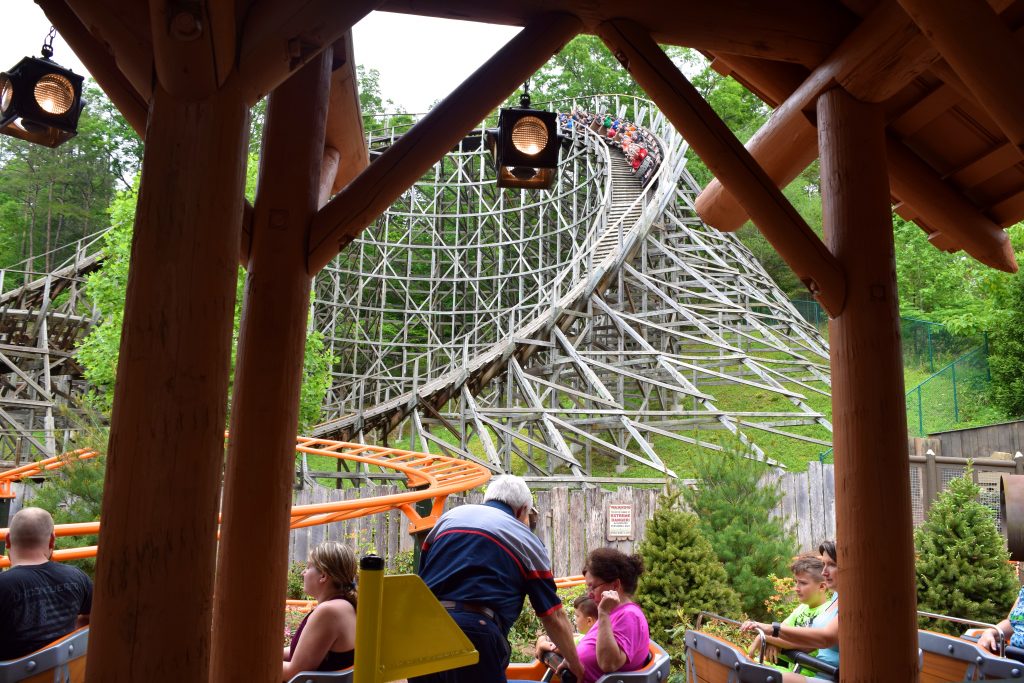 WhistlePunk Chaser is a standard Zamperla kiddie coaster, but its dressed up in typical Dollywood fashion. 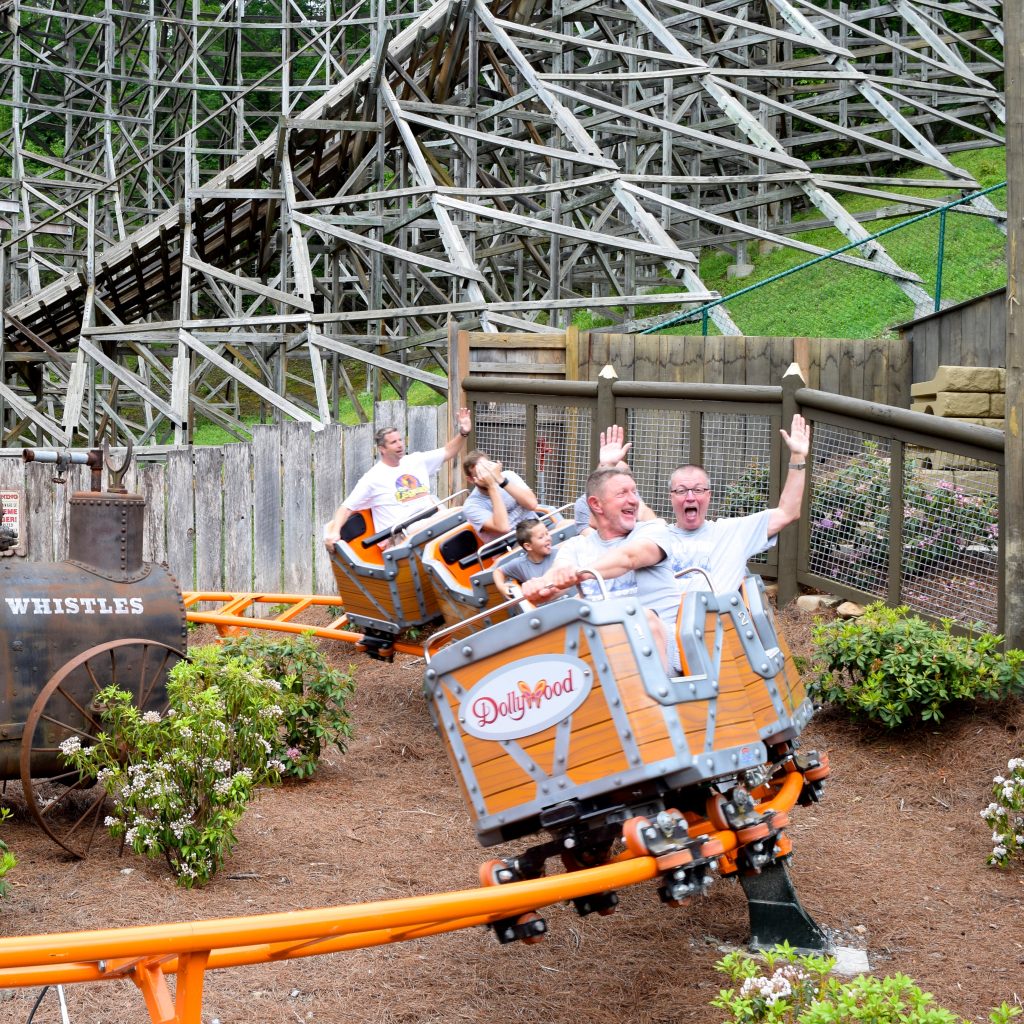 Everyone in ACE is so excited to nab the brand new credit! 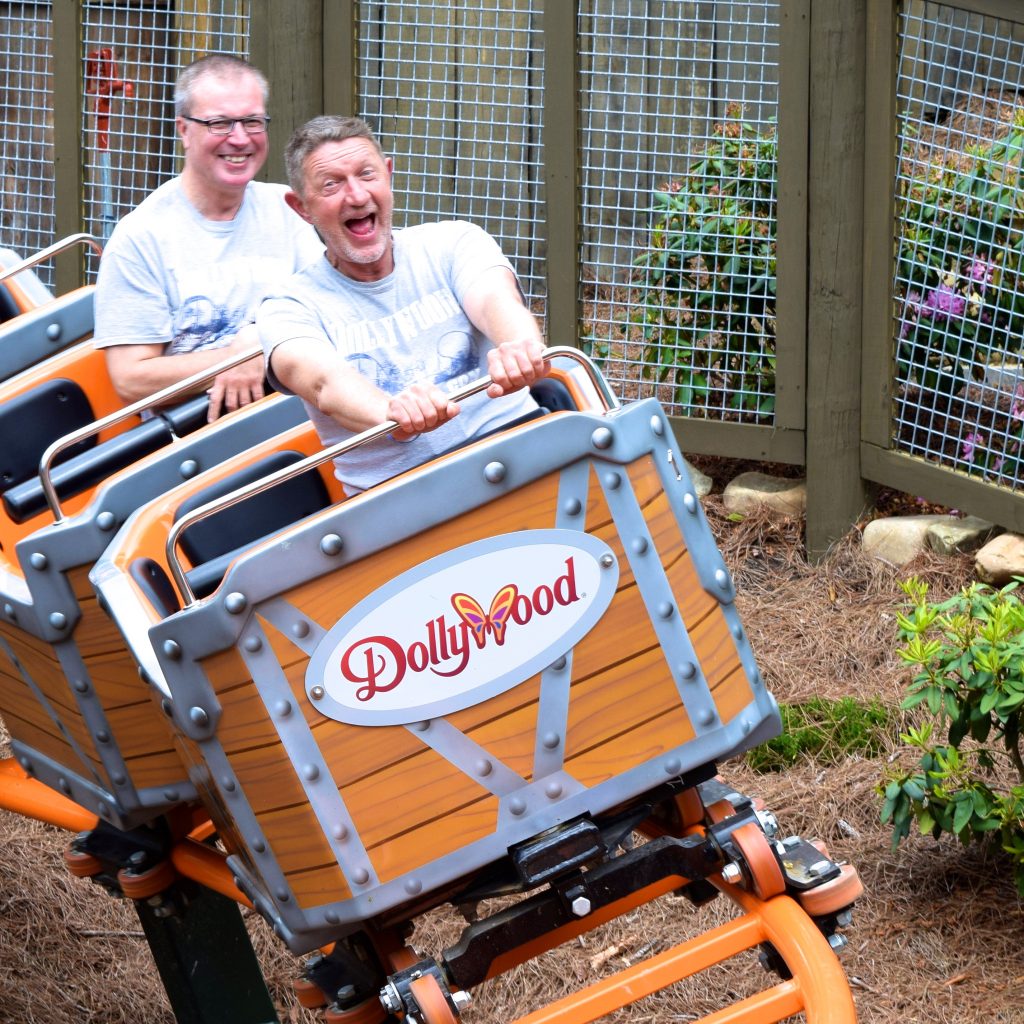 The area where WhistlePunk Chaser is located was once home to a large playground. Ever-quick to strive for maximum space optimization, the often neglected playground was swapped for something a little more interesting. 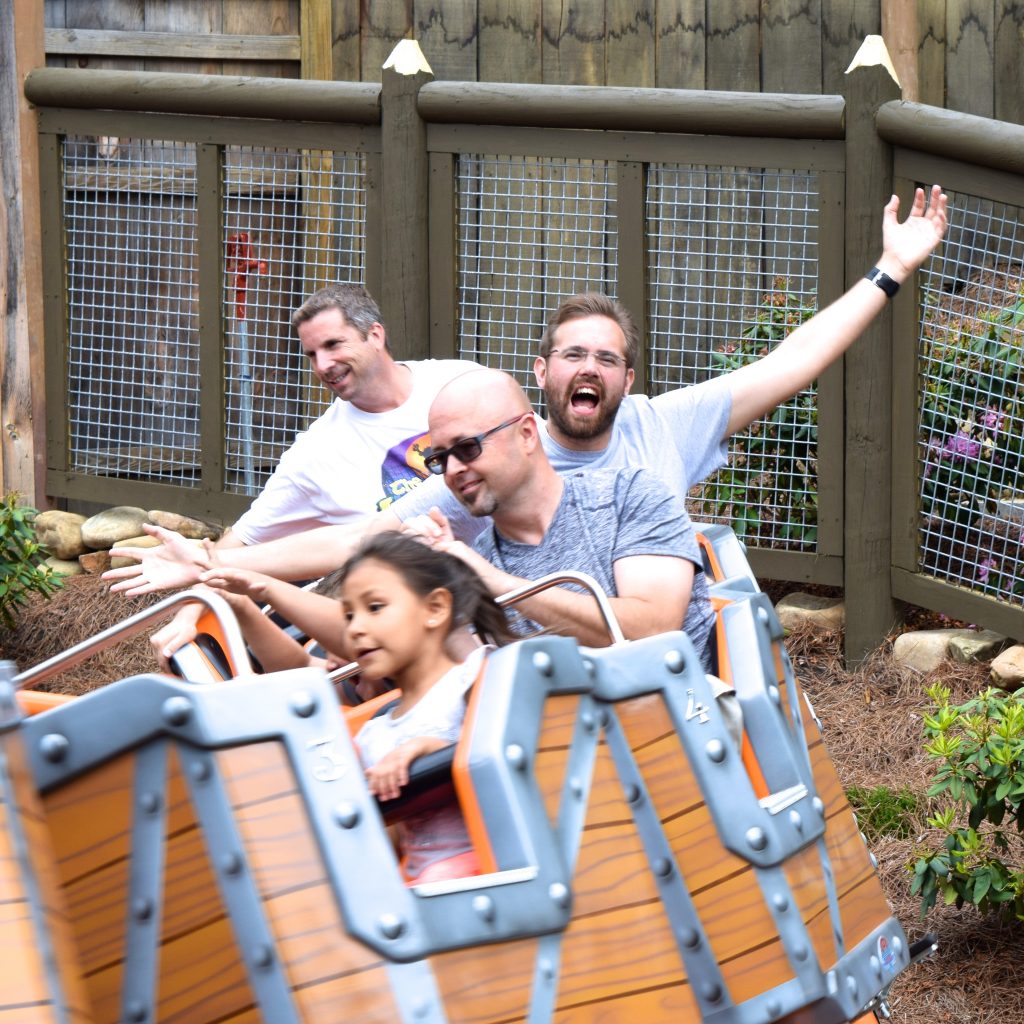 WhistlePunk Chaser takes the place of Sideshow Spin, an even smaller Zamperla kiddie coaster that ran in Dollwood’s Country Fair area. The ride was removed and replaced with benches, trees, and astroturf to help cut down on crowd congestion. 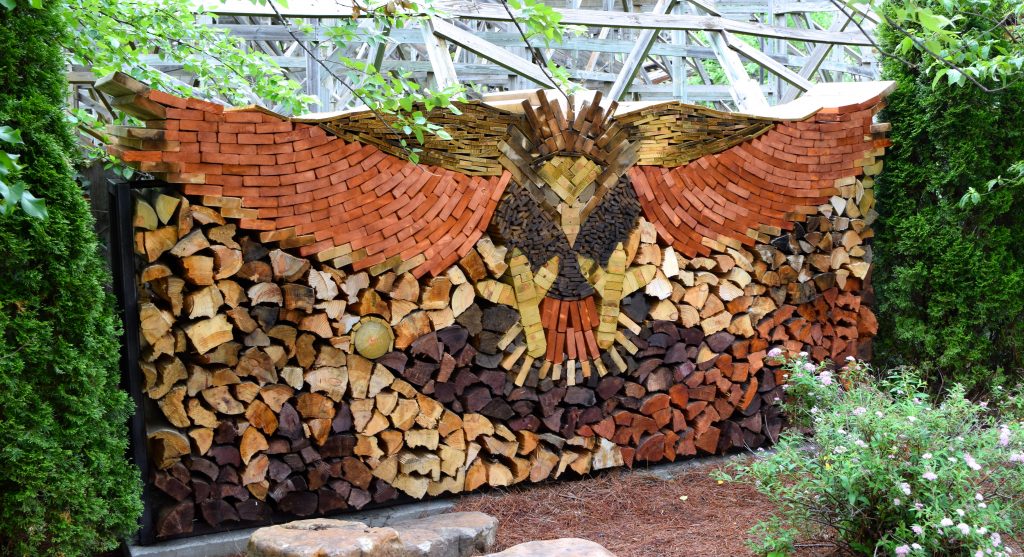 Lots of little atmospheric touches have taken the already-very-nice Timber Canyon area and elevated even further. 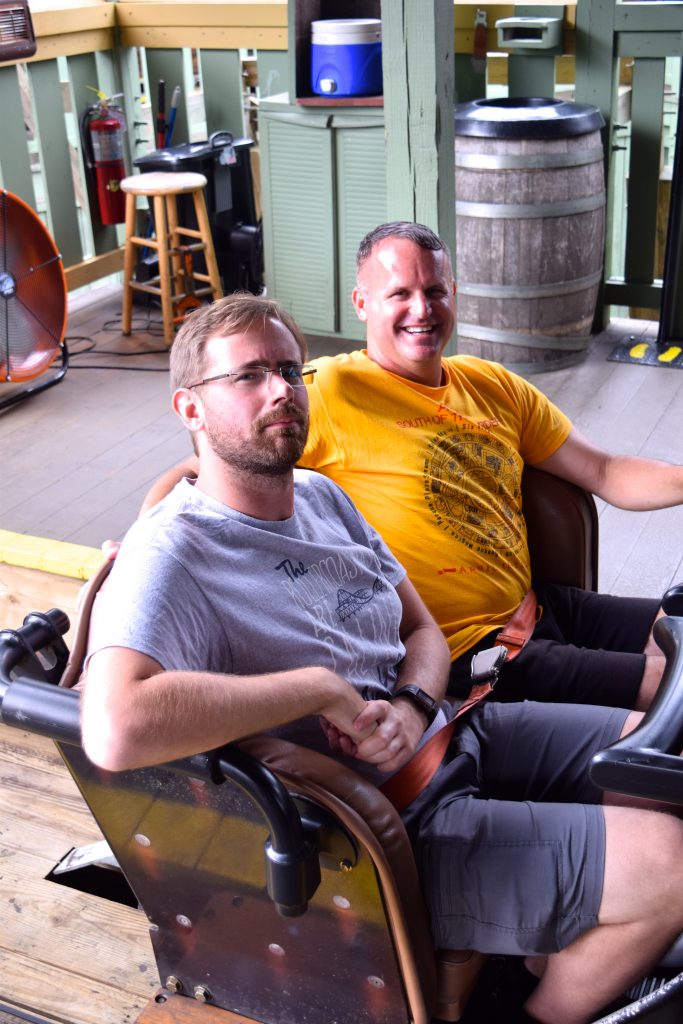 Some guests are critical of Thunderhead’s current roughness; others are just happy its open, unlike the other wood coaster here. 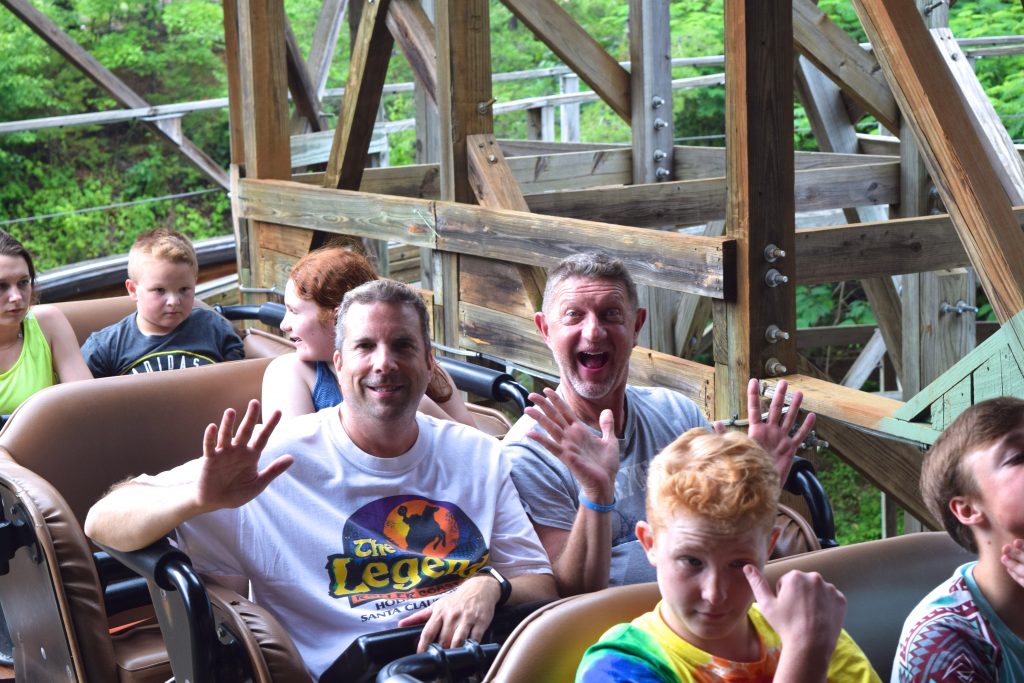 The good news is the roughness on our visit was noticed by management and we  were assured it was going to be addressed swiftly. Dollywood’s keen self awareness is one of the many reasons we love it here!

And that’s a wrap of our Lightning Rod Run update! Thank you to ACE and Dollywood for hosting such a great event!

For a more detailed look at Dollywood (including Lightning Rod during normal operation), check out CCK’s visit to the park from last March.

Also check out some of our recent CCK and CCCK posts that I know you’ll LOVE: