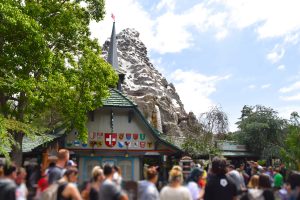 Alexander: Time for a quick update from the Happiest Place on Earth, staring our favorite Disneyland roller coaster, Matterhorn Bobsleds!

After a few months of annual rehab, we’re so excited to have Matterhorn back online! And this time it’s got some new tricks! We were greeted by Matterhorn‘s new queue configuration as we rode into the park on the Monorail, which we’re happy to report is back to two-train operation. 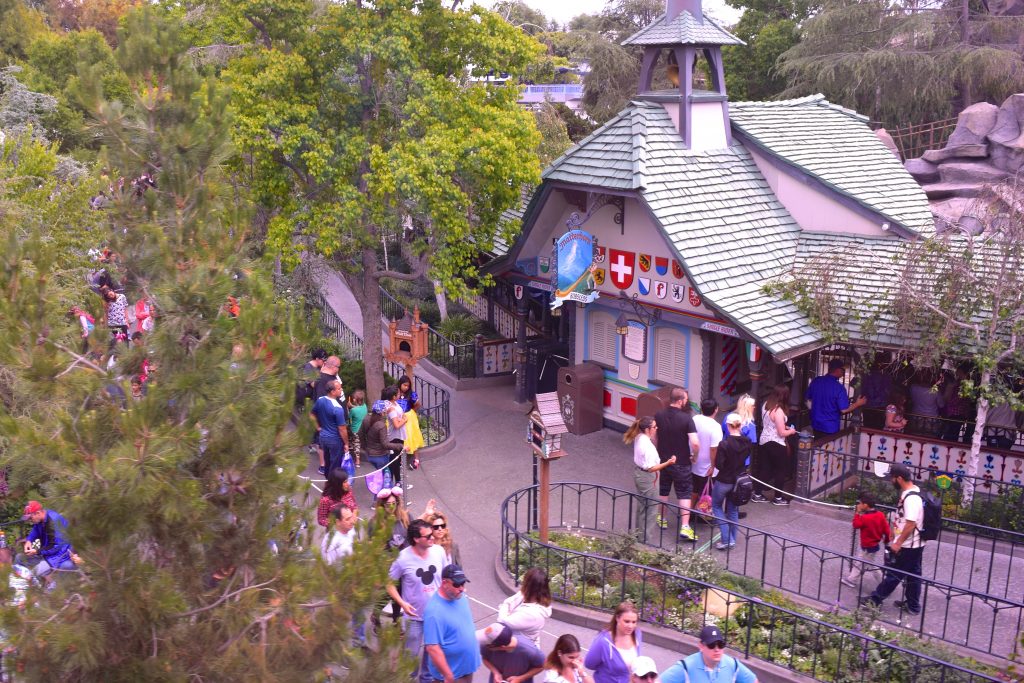 Matterhorn is festooned with lots of new signage advertising / explaining the addition of FastPass and the subsequent reconfigured queue. We’re a big fan of the color palate they chose. 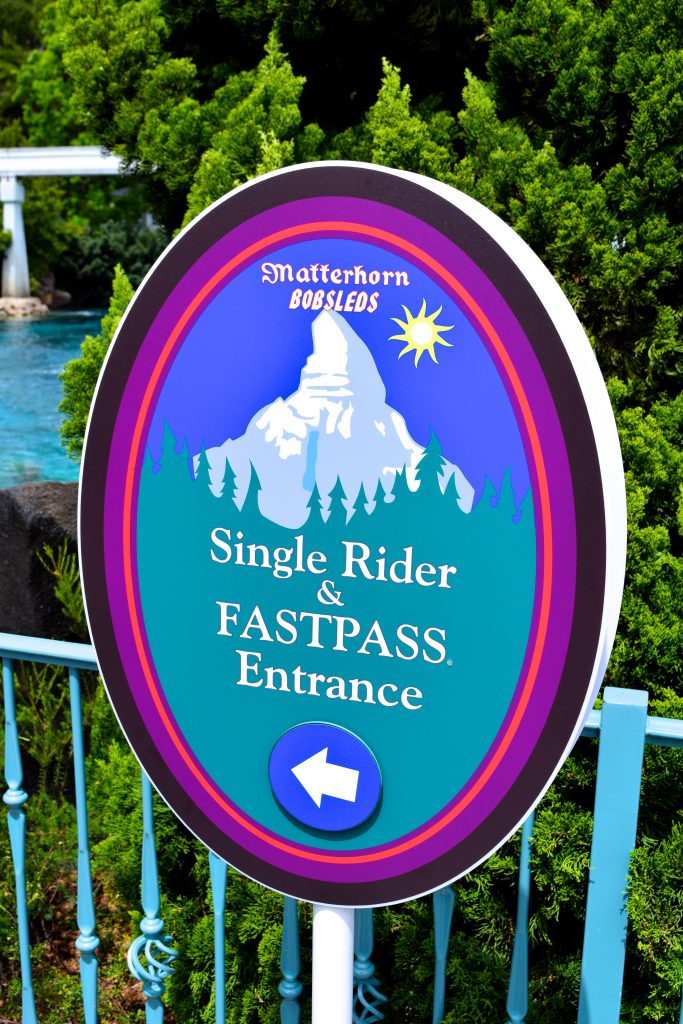 As it stands, FastPass distribution for Matterhorn is composed of two mobile FastPass vending machines. They look very nice even though they’re temporary; it’s a great way to test FastPass on new rides, and could even allow for seasonal/high traffic FastPass options for certain rides without the need for a long-term infrastructural redevelopment. 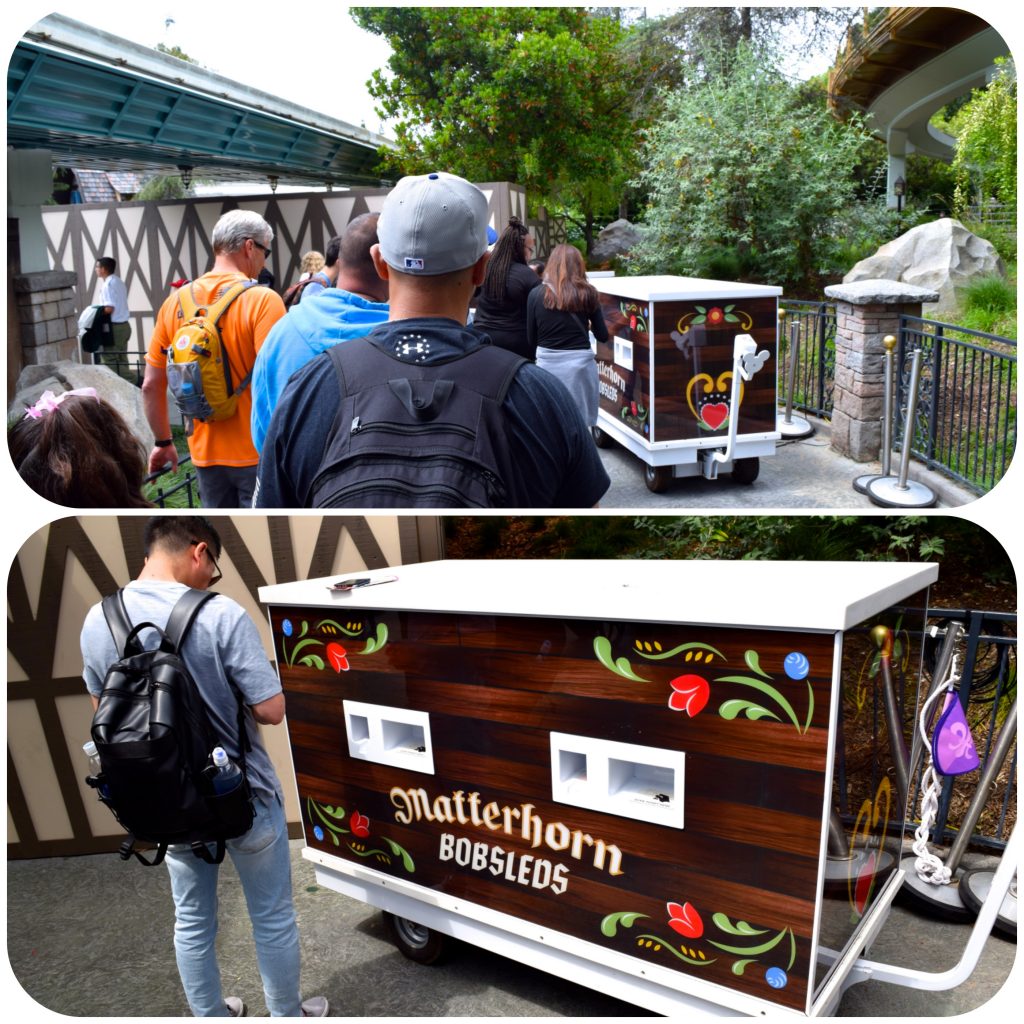 Matterhorn has always been a fan favorite, but in the wake of its re-opening (with FastPass) it’s drawing tremendous crowds. While FastPass return times were around an hour during the day, standby was frequently over an hour and a half! 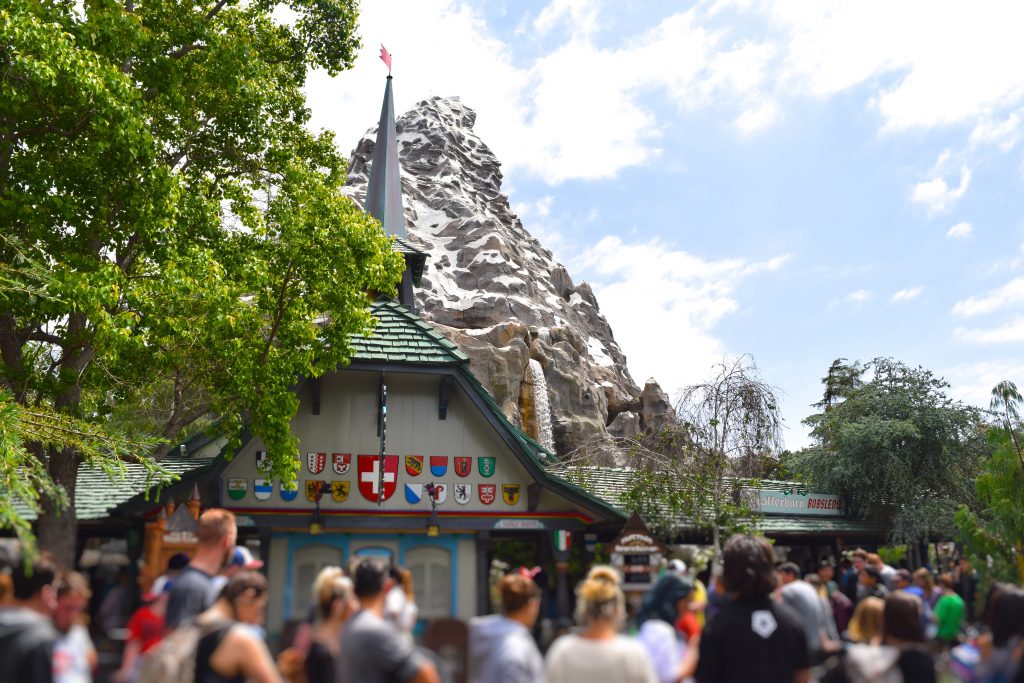 All of Matterhorn’s existing fixtures got some nice touch-ups. 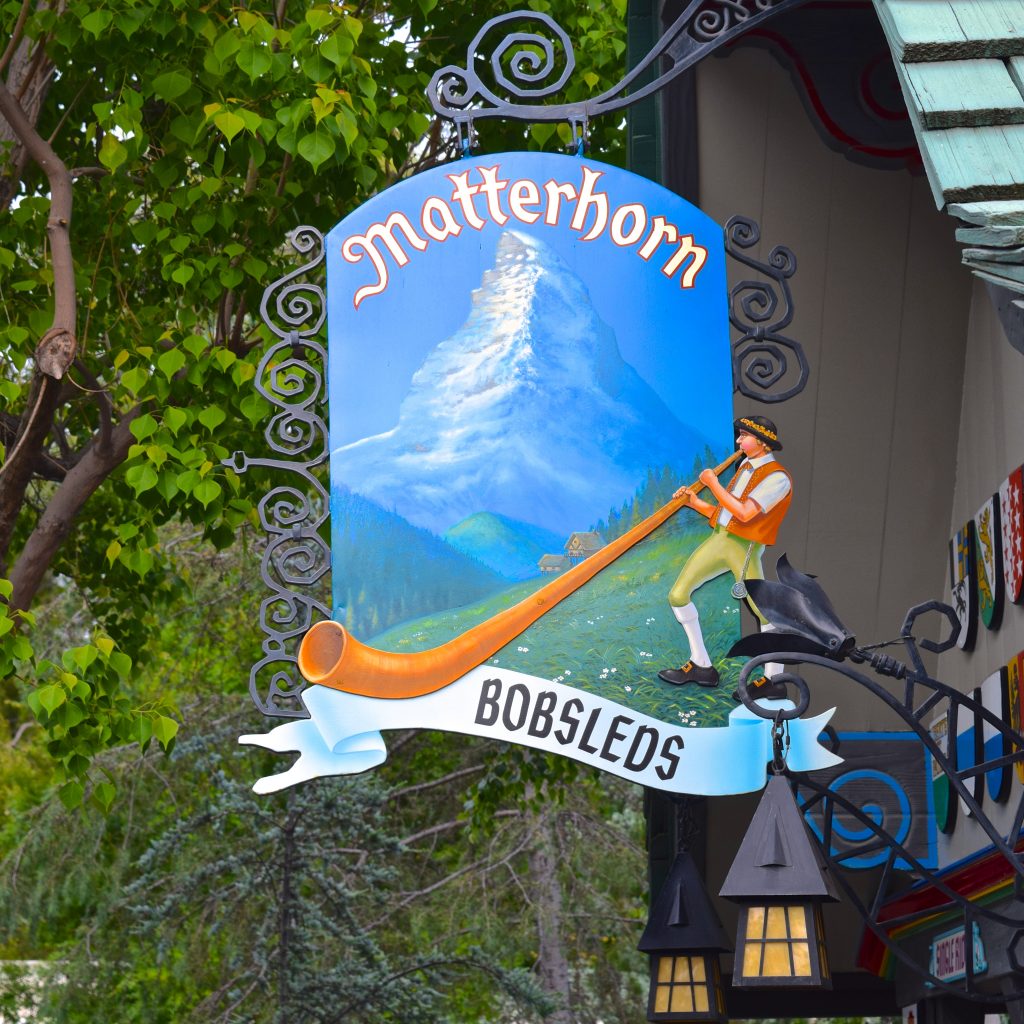 Debuting along with FastPass is this beautiful standby queue timer, 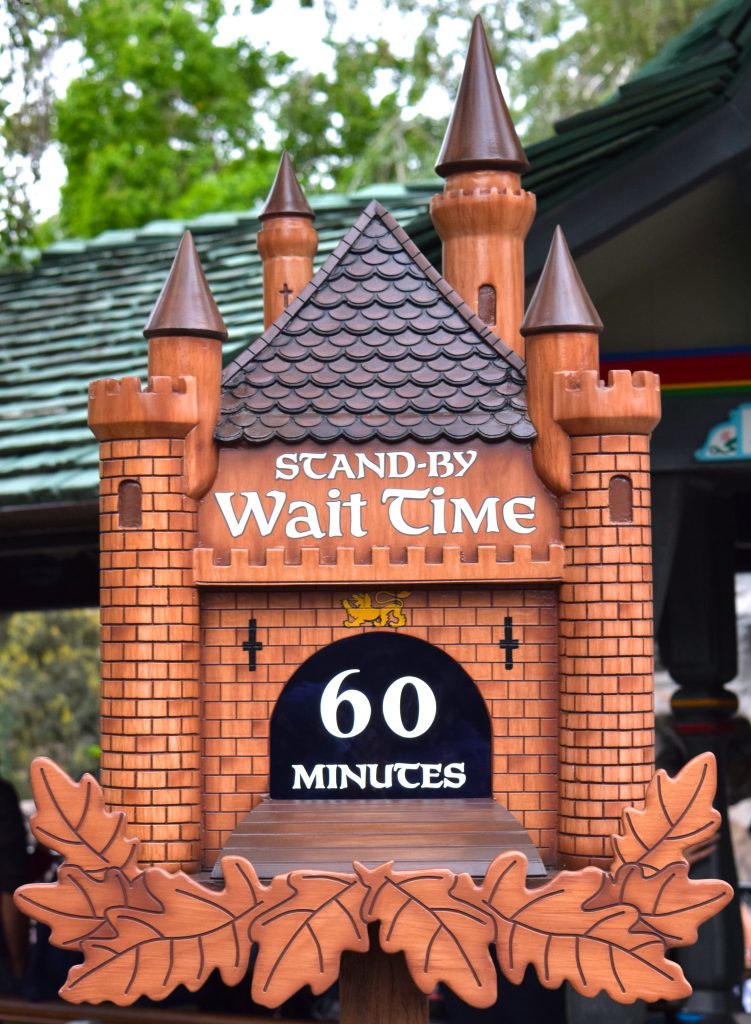 and this adorable FastPass return clock! 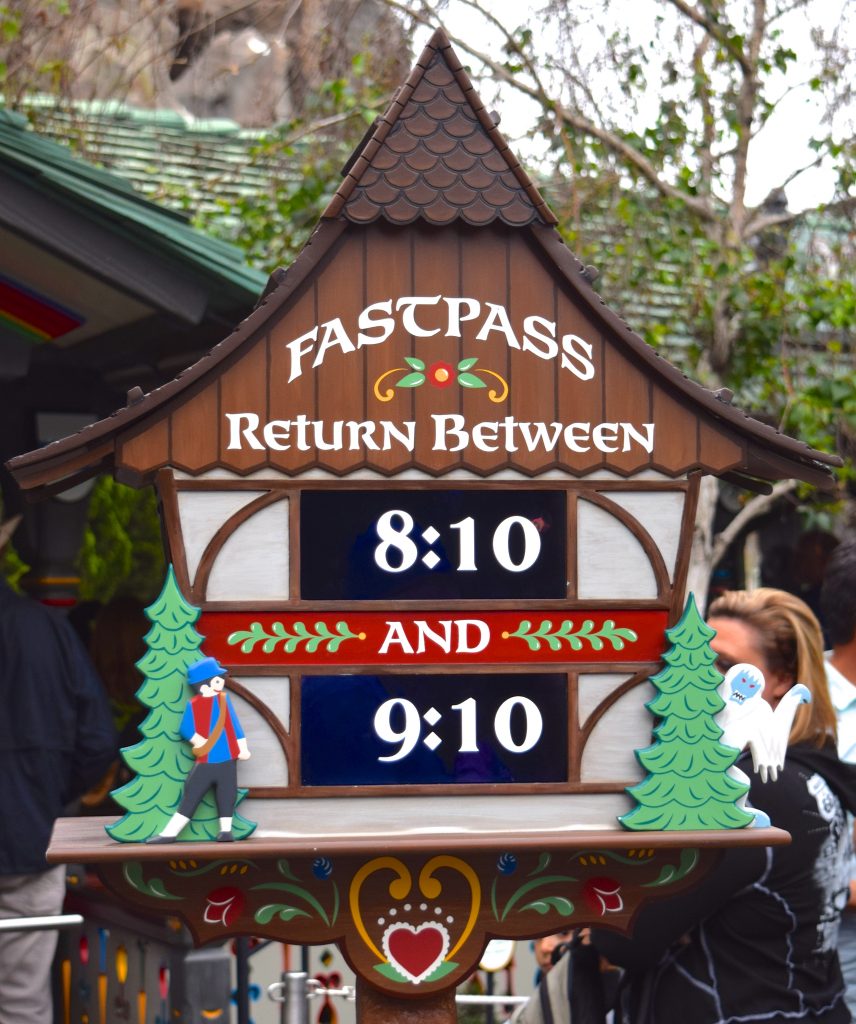 Elsewhere in the park, everyone’s getting their last rides on Hyperspace Mountain before classic Space Mountain returns this June. 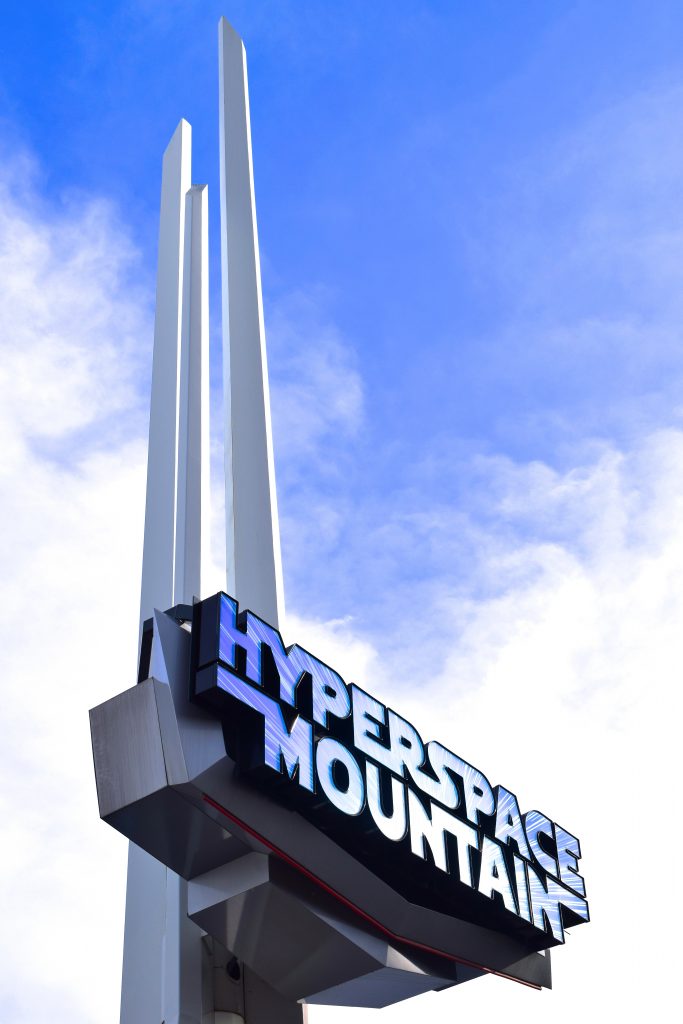 Late Spring is in the air! The flowers of Disneyland Resort are all abloom! 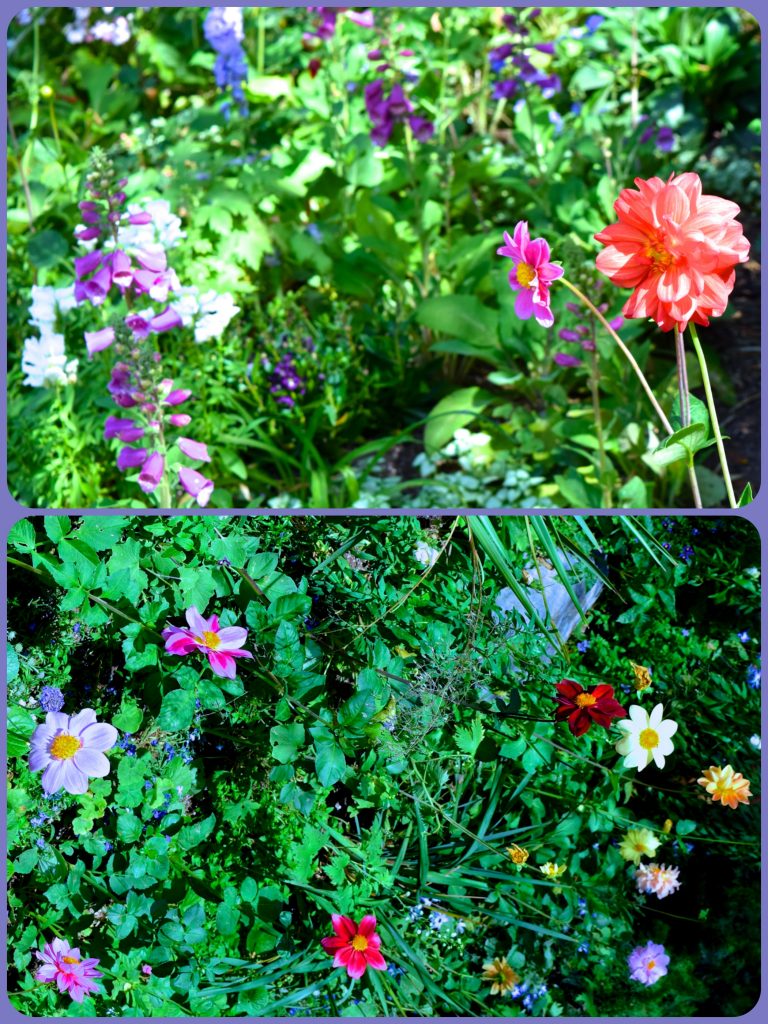 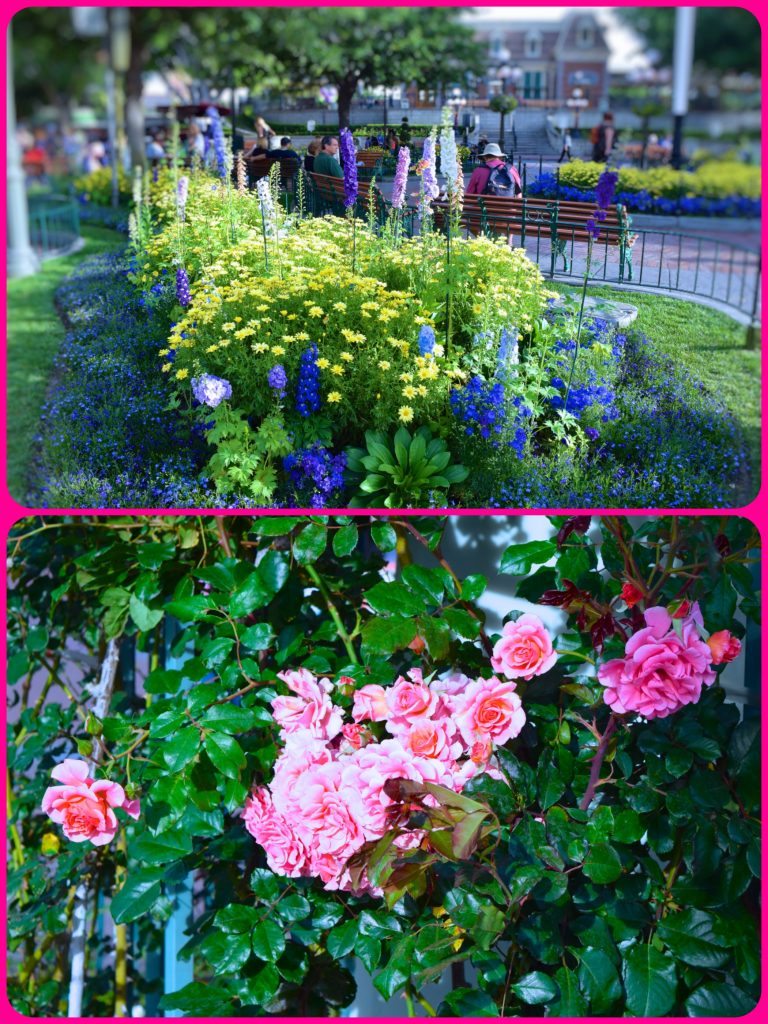 Over at California Adventure, the cats are in season as well! 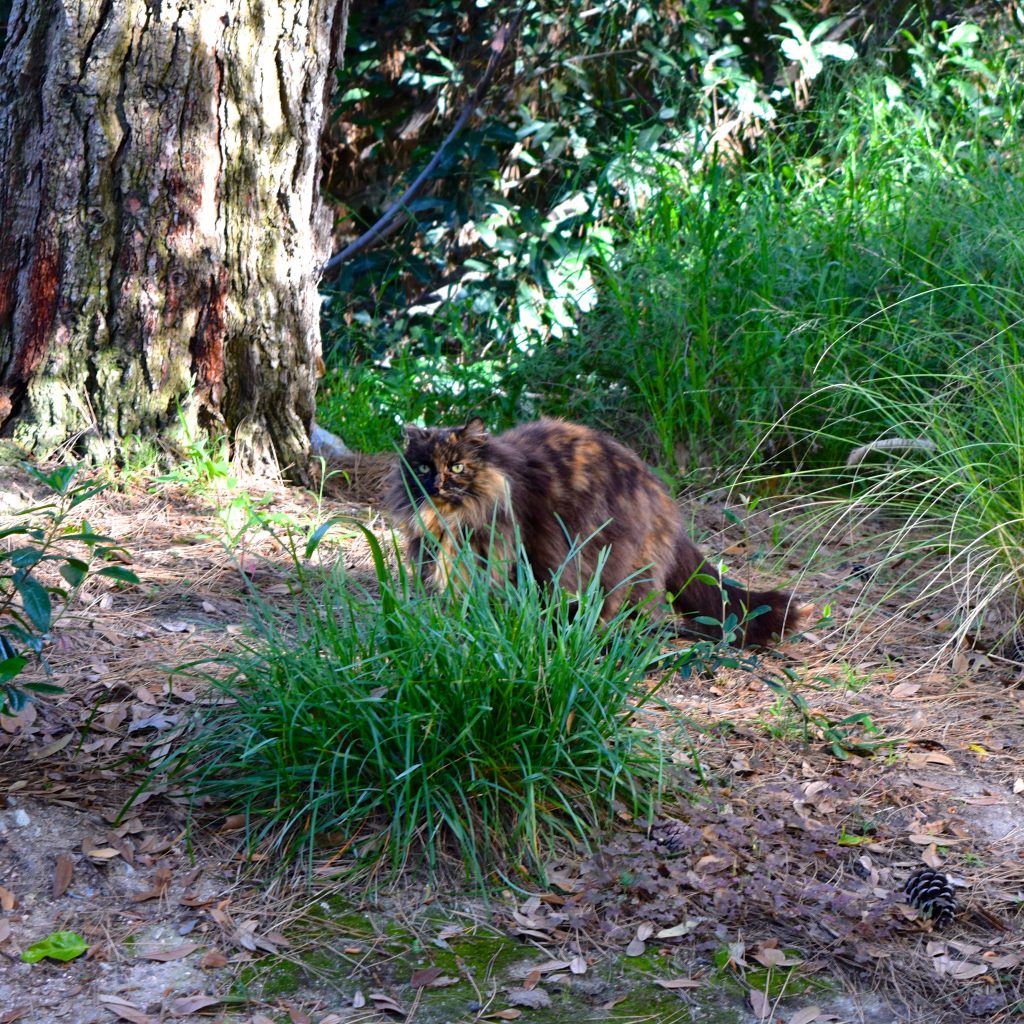 Grizzly River Rampage is also back from its annular rehab, ready to soak riders during Anaheim’s warm summer months. 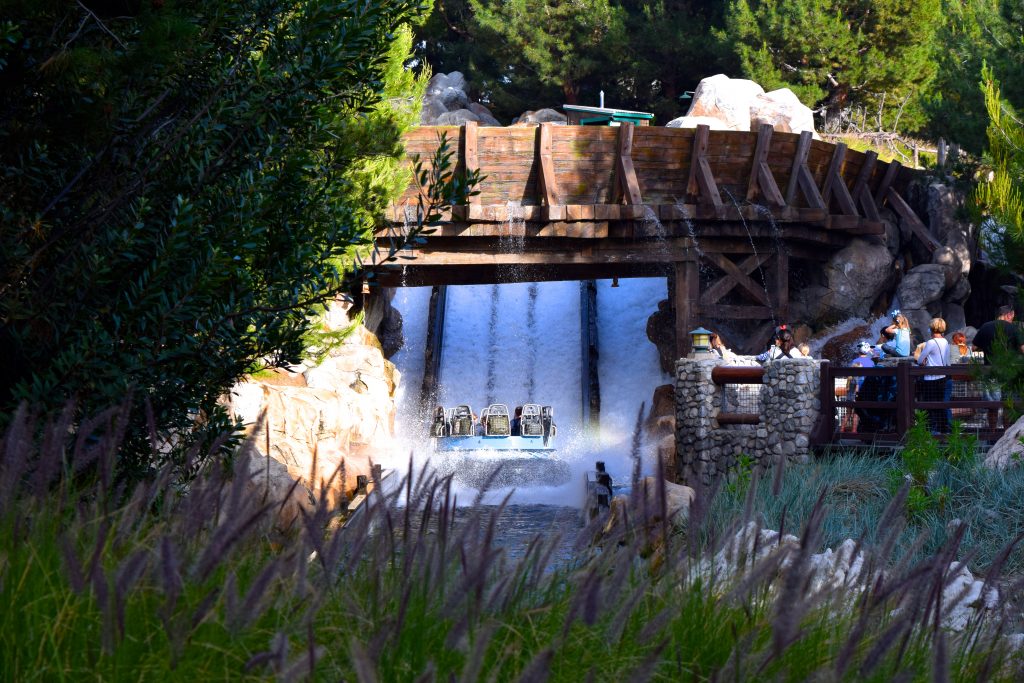 California Screamin’ is our DCA must-ride along with Grizzly River. We love this mile-long Intamin launched looper more and more with each ride. 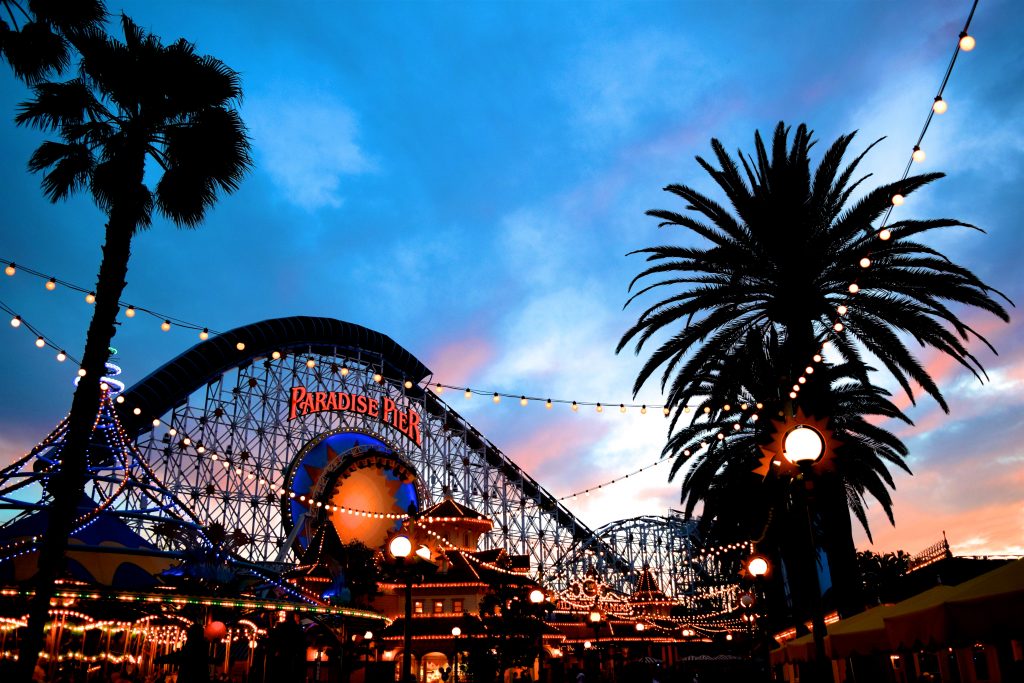 Definitely excited about Guardians of the Galaxy: Mission – Breakout! Opening May 27th! Not much longer now! 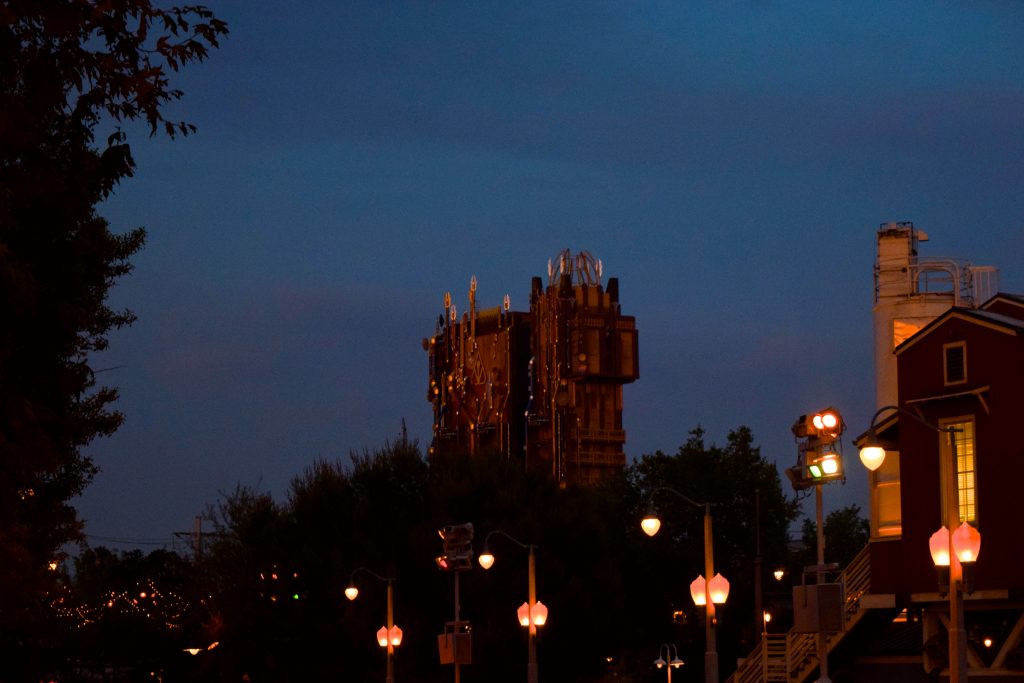 Twilight has fallen over the Magic Kingdom. Time for some night lighting shots! 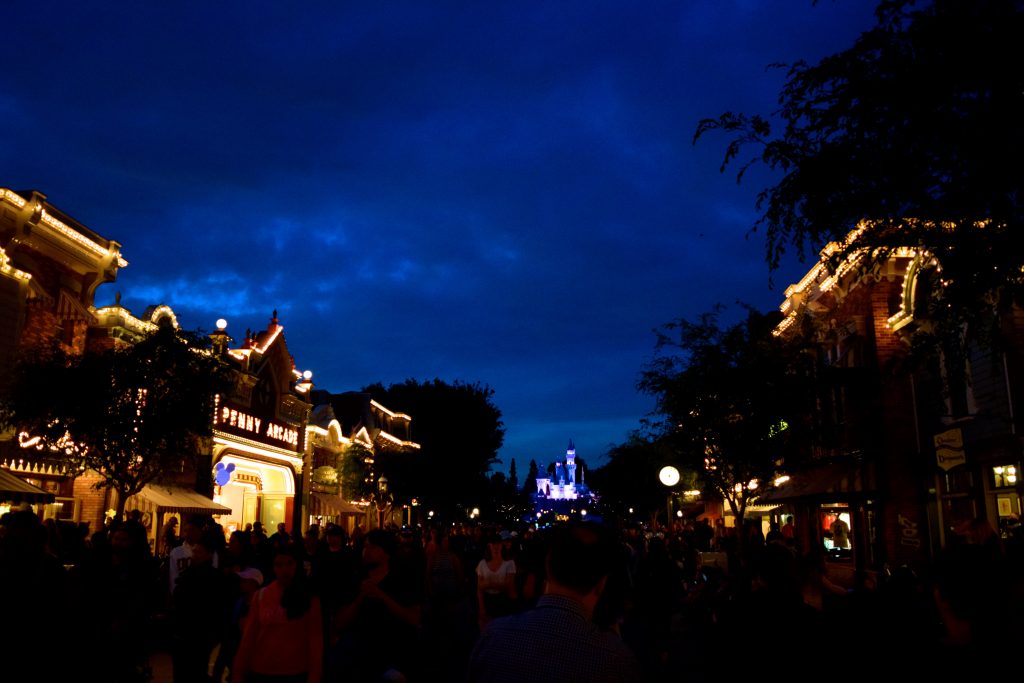 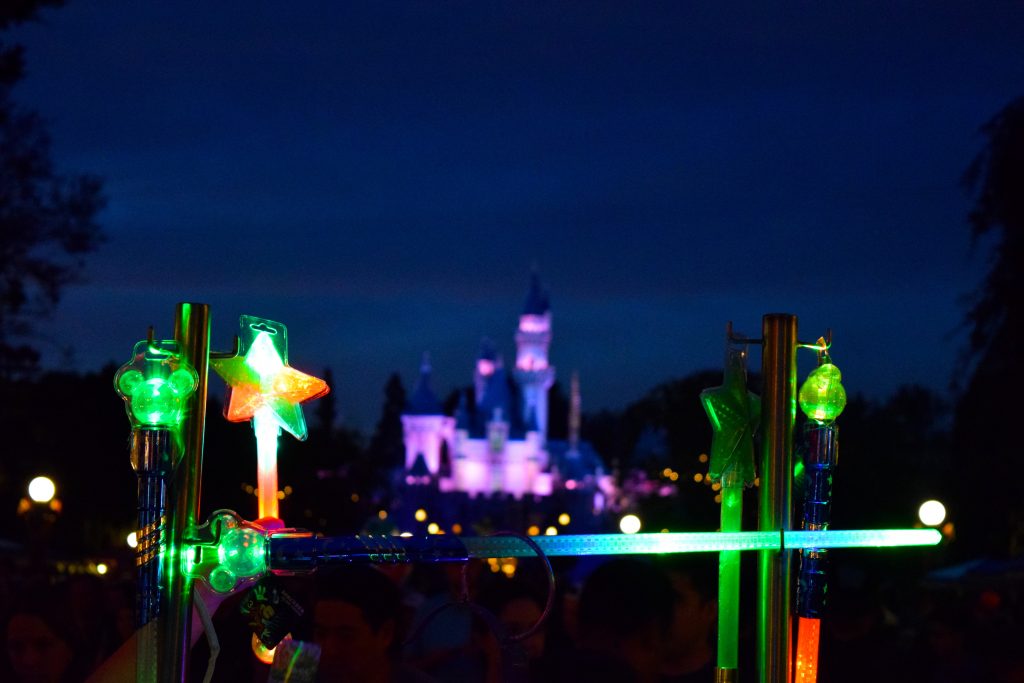 Time for a night ride on Splash Mountain! 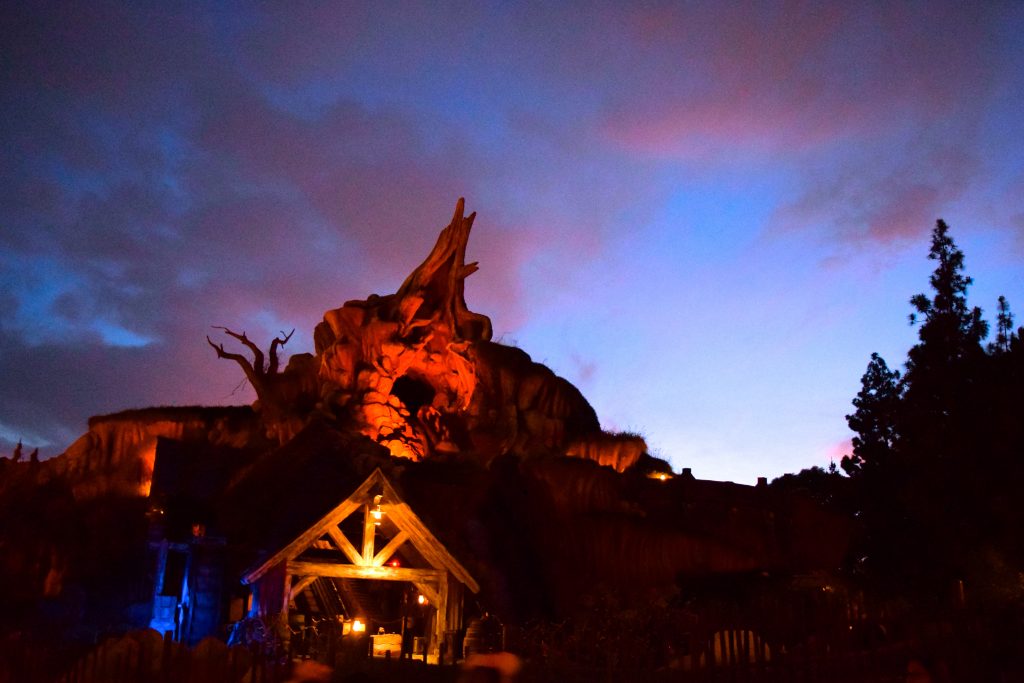 SURPRISE! Right after the big Zip-A-Dee-Doo-Dah scene, we got stuck in a major log jam that lead to an evacuation! 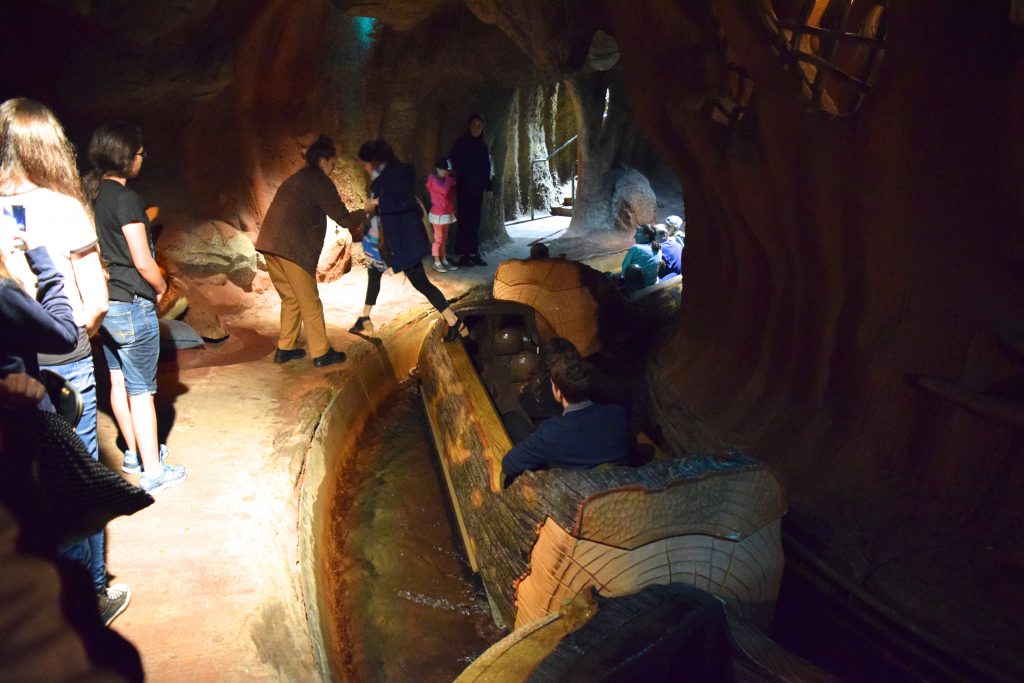 We were lead out of our logs and through a door behind the last Br’er Rabbit scene. 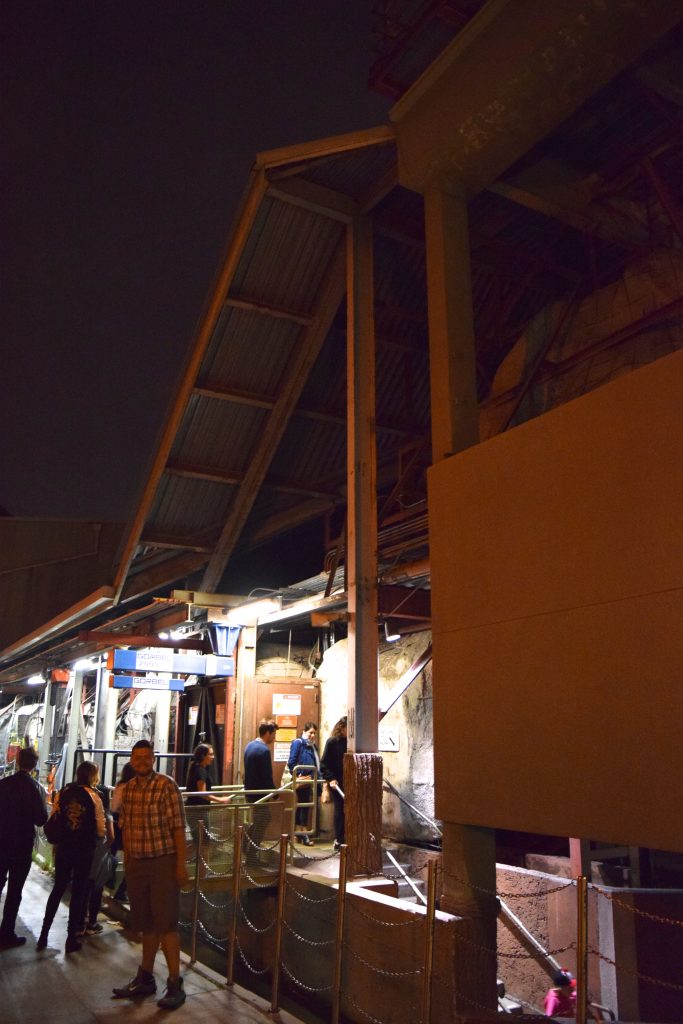 THE BACKSIDE OF SPLASH MOUNTAIN! Lots of people were documenting this unqiue experience. The Cast Members were unbothered by the cameras and phones. 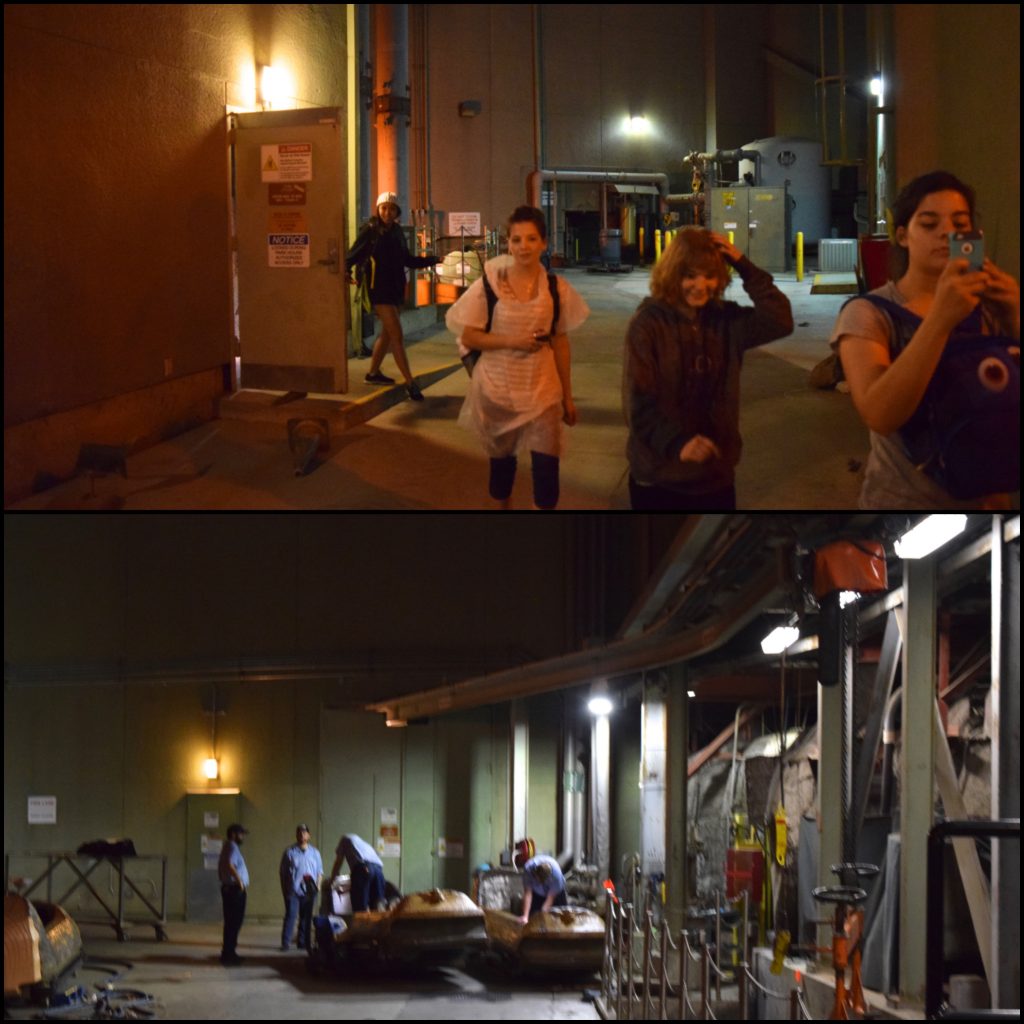 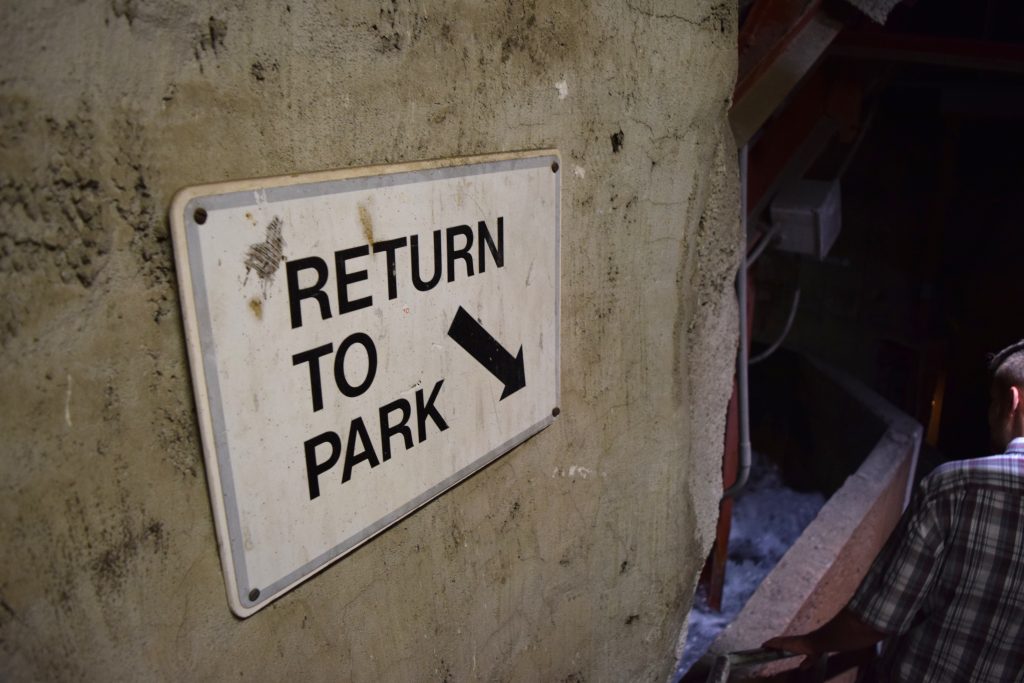 That concludes our  quick Disneyland update!

Thank you for checking out this quick Disneyland Resort report! We’ll be back with lots more coverage this week! For now check out these new CCK and CCCK reports you don’t want to miss: