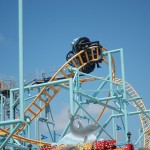 It was great to be back at the Santa Cruz Beach Boardwalk and such a nice and sunny day. I know everyone is very excited about Twisted Colossus, we are too, but the Boardwalk deserves coverage too, so stick around. It was a pretty crowded day today as expected, and there has actually been quite a lot going on at the park since our last visit, so let’s get started!

Skyglider was closed due to high winds today, and we must say, this was justified. The empty cars were swinging around a lot due to the weather. 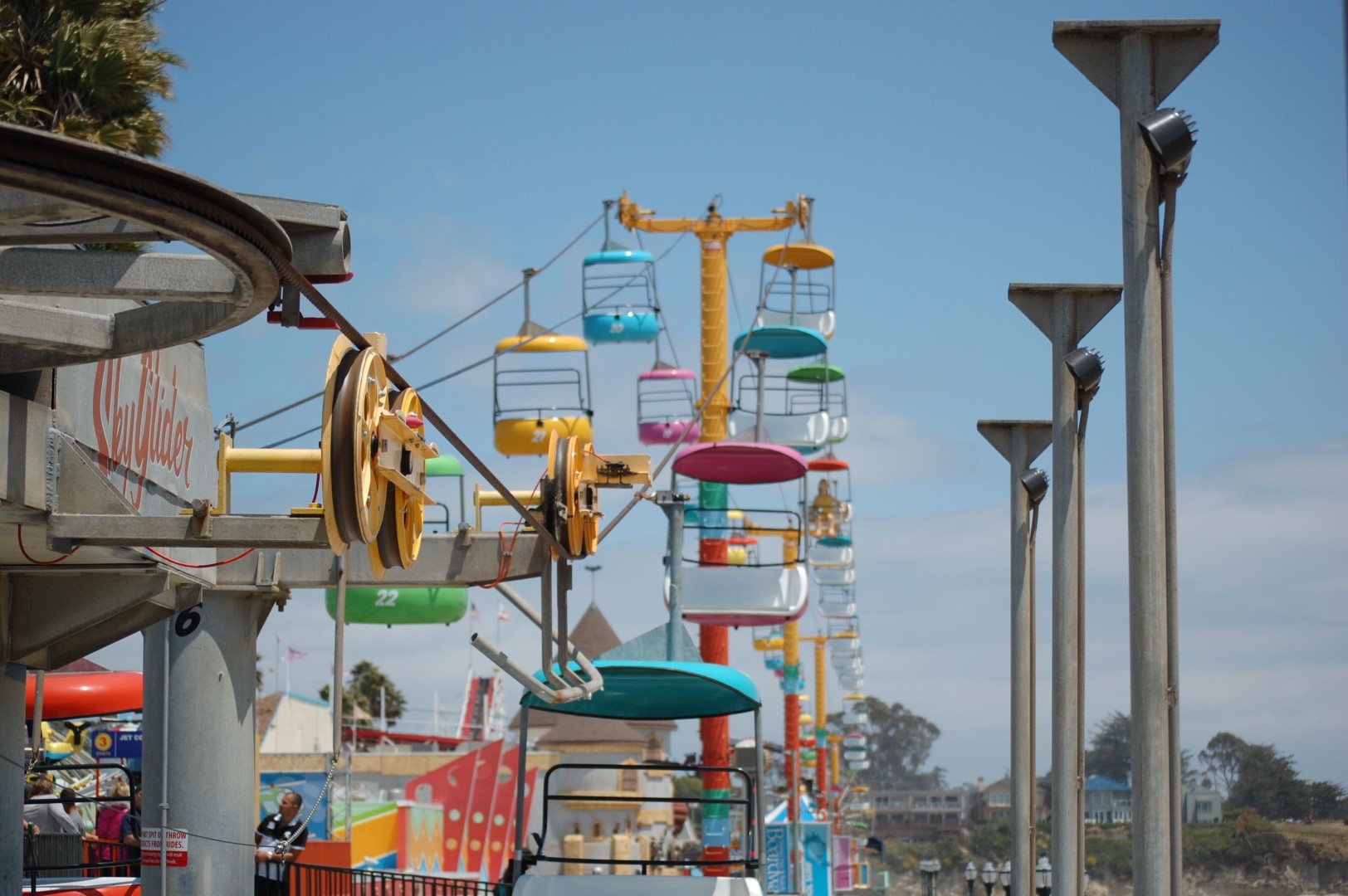 On the flip side, Logger’s Revenge has finally reopened! It has been closed ever since we started coverage of this park, but no longer! 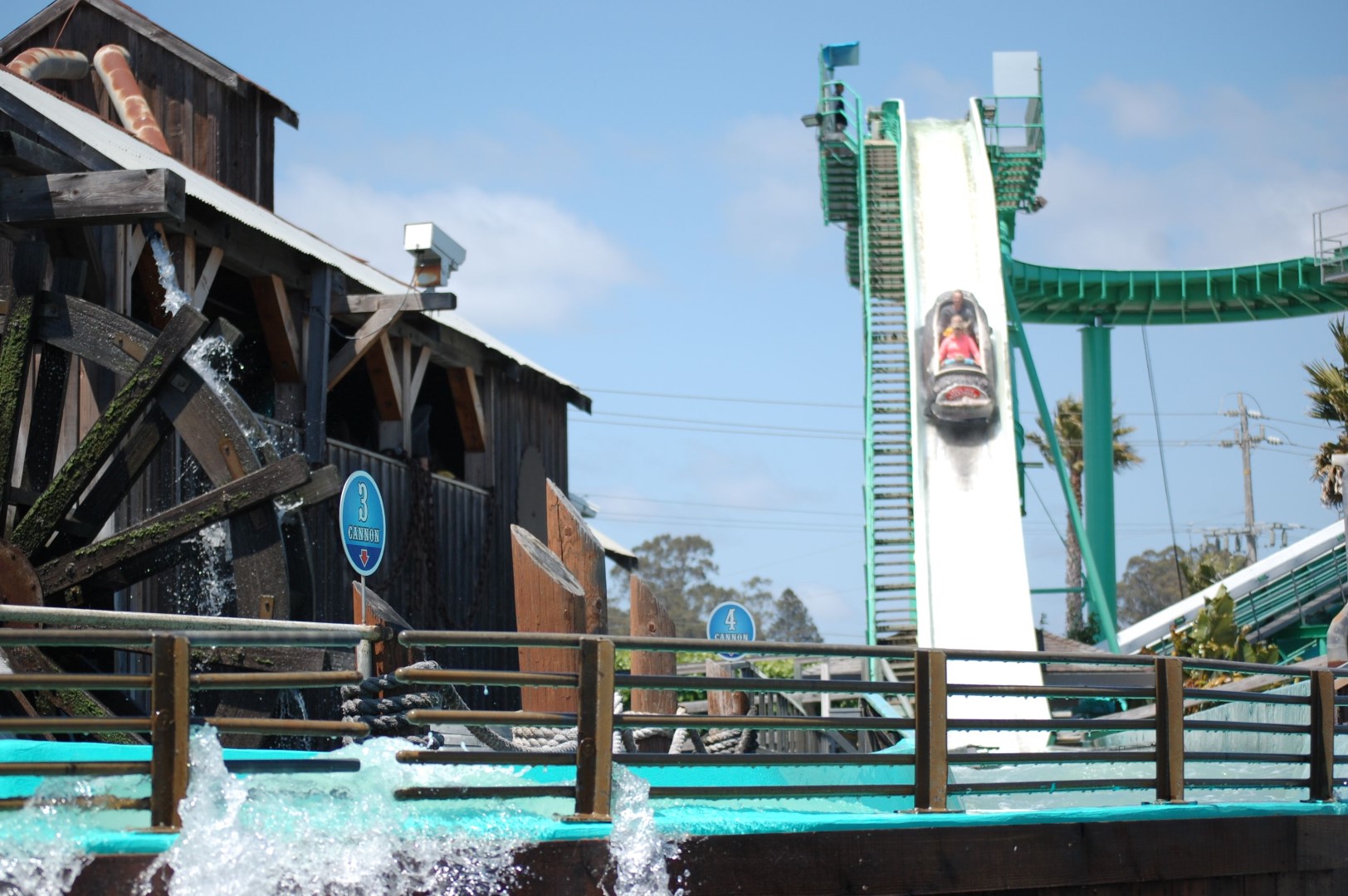 During its closure, interactive water canons were added to the section just after the final drop. Guests can pay to use them using cards, and soak their friends even further! 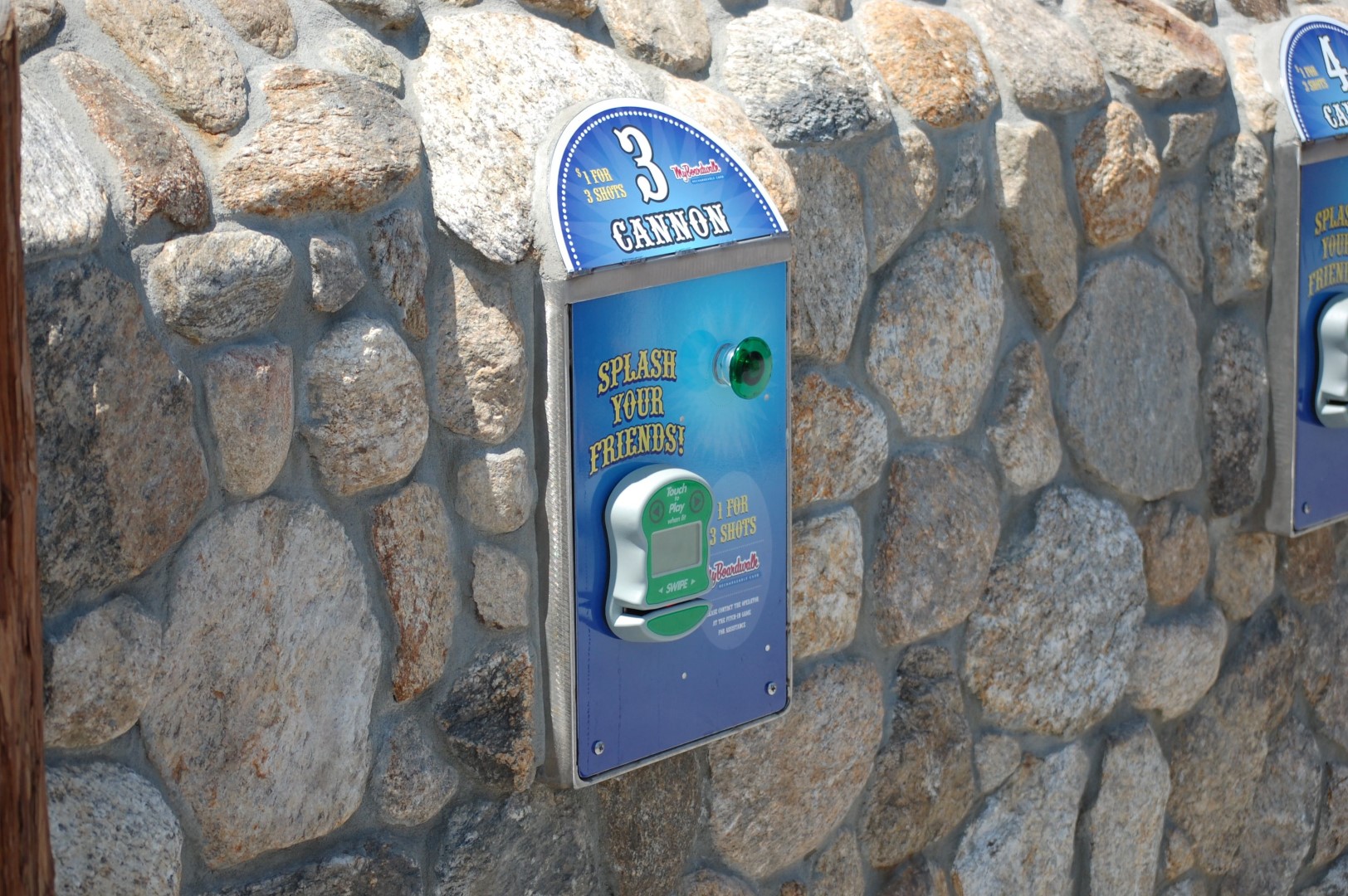 Speaking of soaking, the bathroom area nearest to Logger’s Revenge is exactly that. Due to its location directly under the drop, it is constantly being sprayed with water, and the whole floor is soaking. I hope something can be done about this, it’d be a shame if someone were to trip and fall. 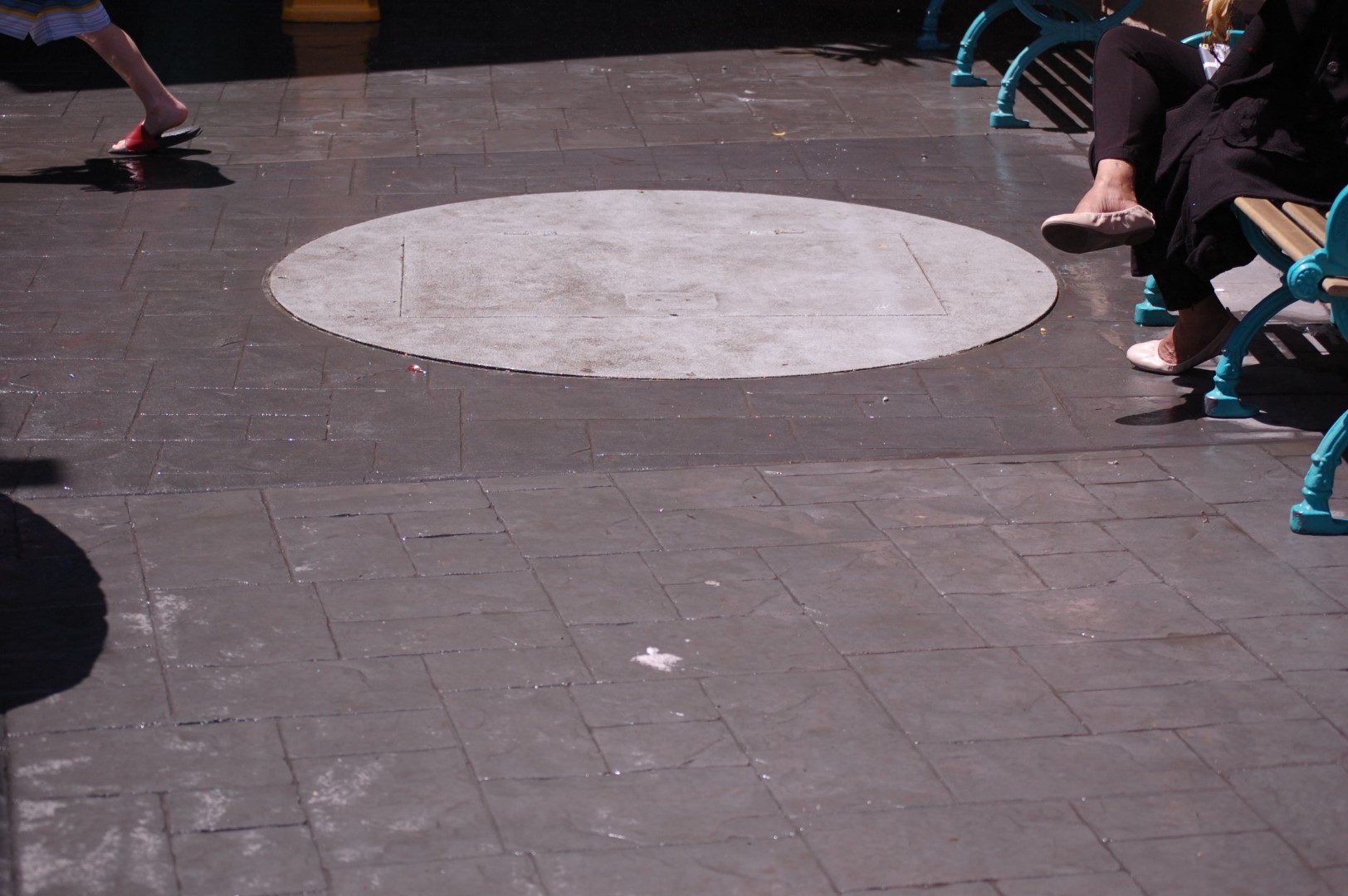 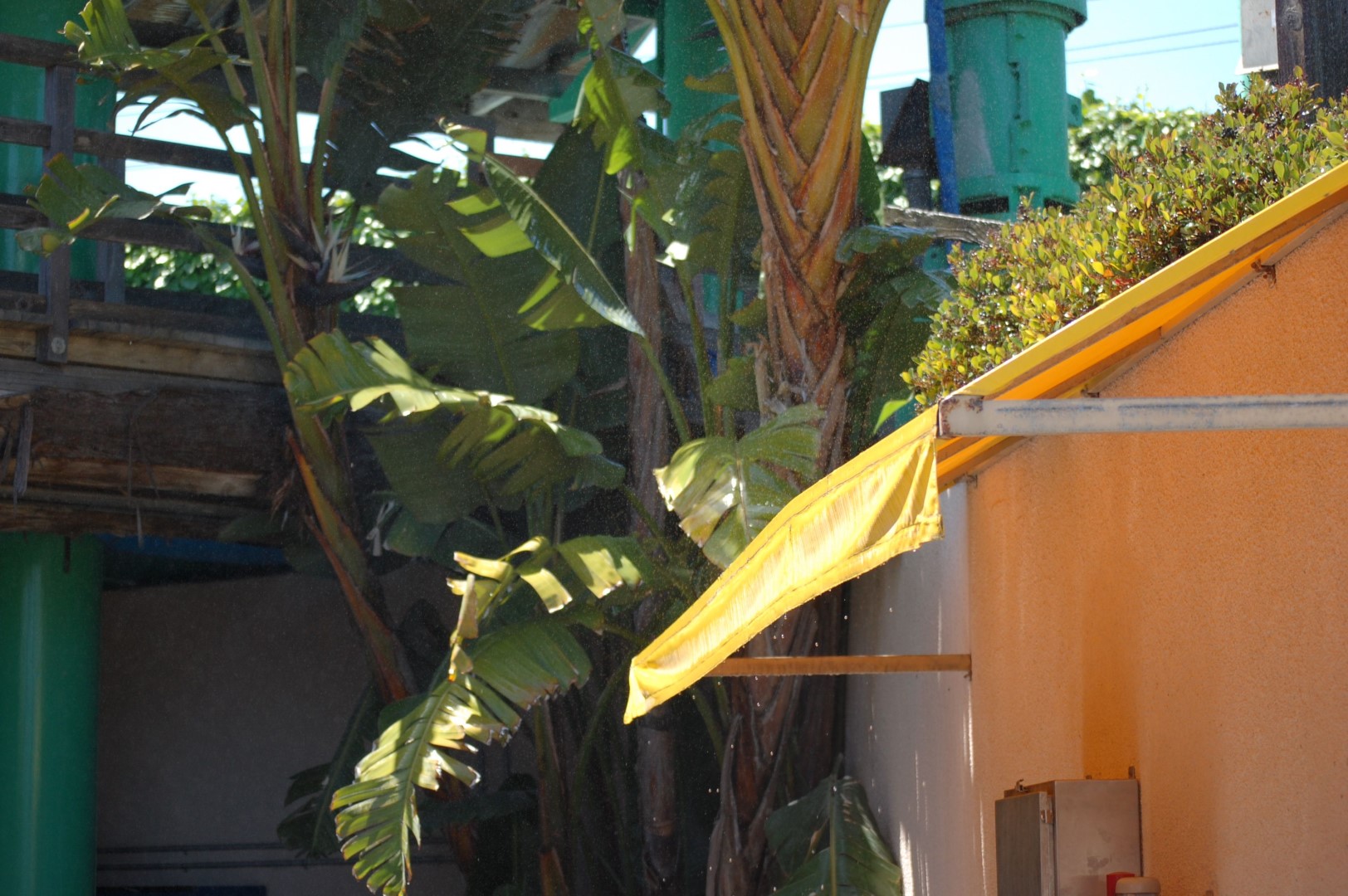 Rock O’ Planes has also reopened with all of its nauseating glory. 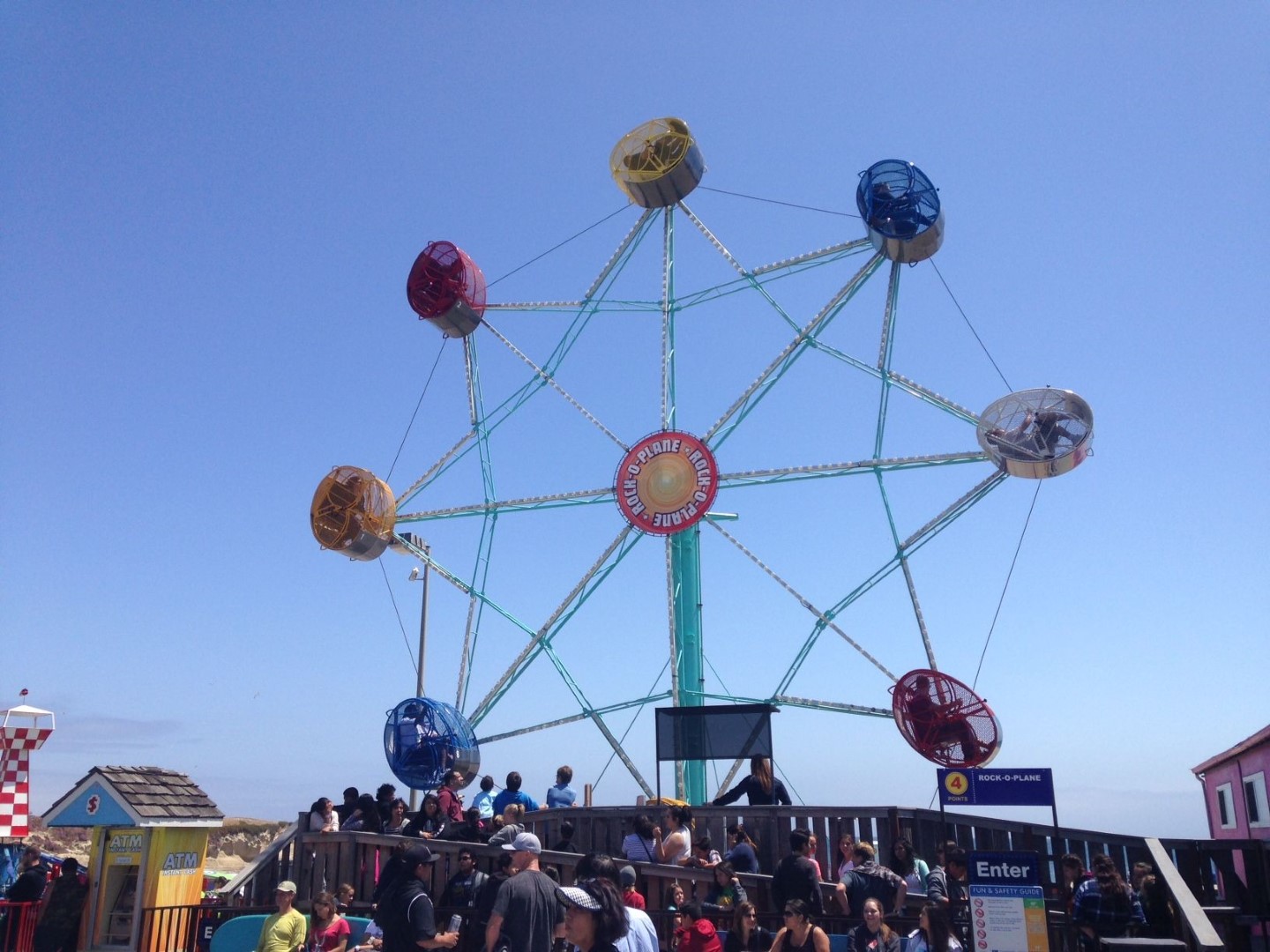 Due to the large Saturday crowds, many rides had to start using extra queue ropes. Double Shot had almost a 40 minute wait by the end of the day while utilizing the extra queue. That’s almost unheard of. 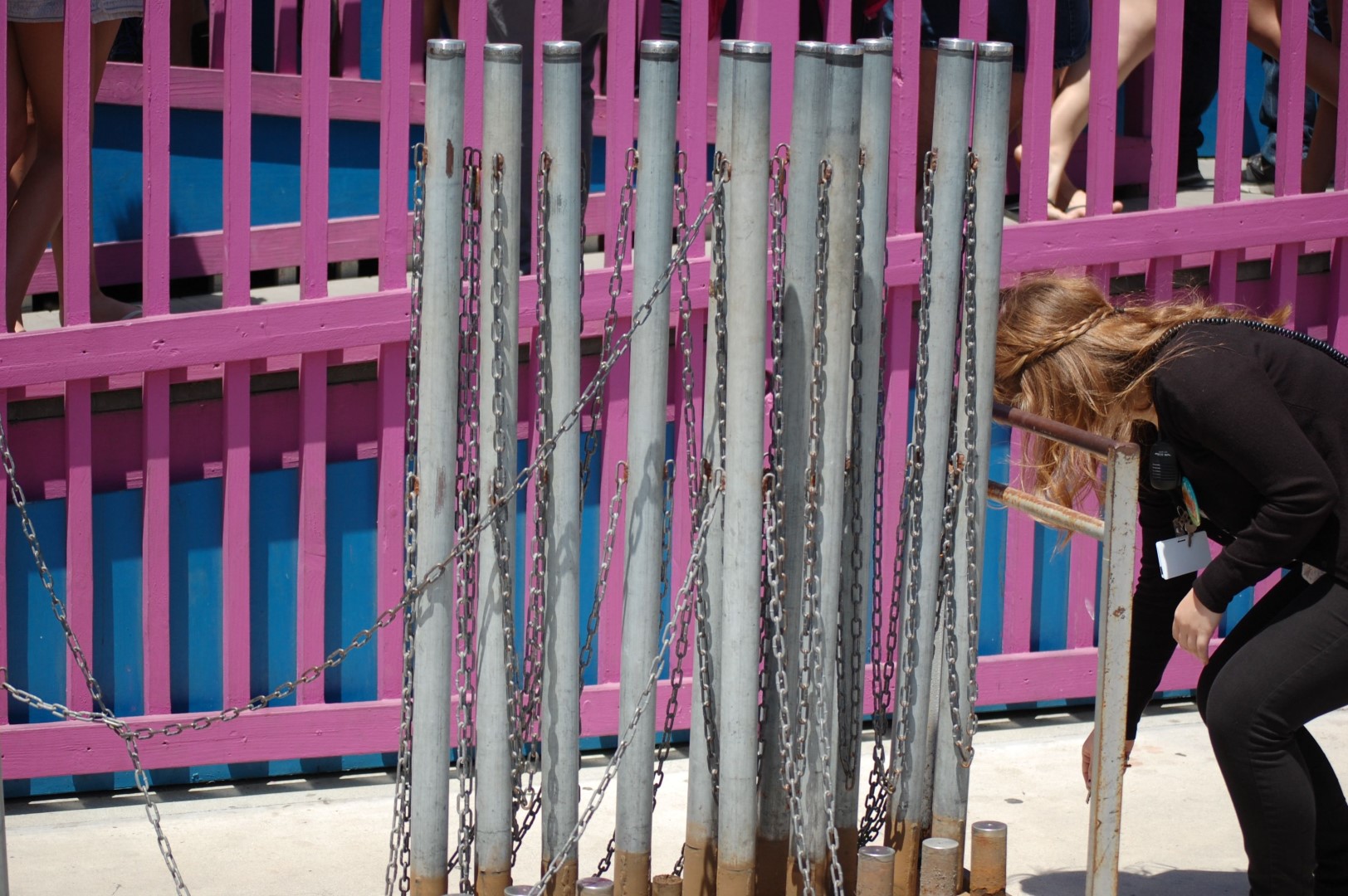 Speaking of Double Shot, look at this artsy Double “Shot”. 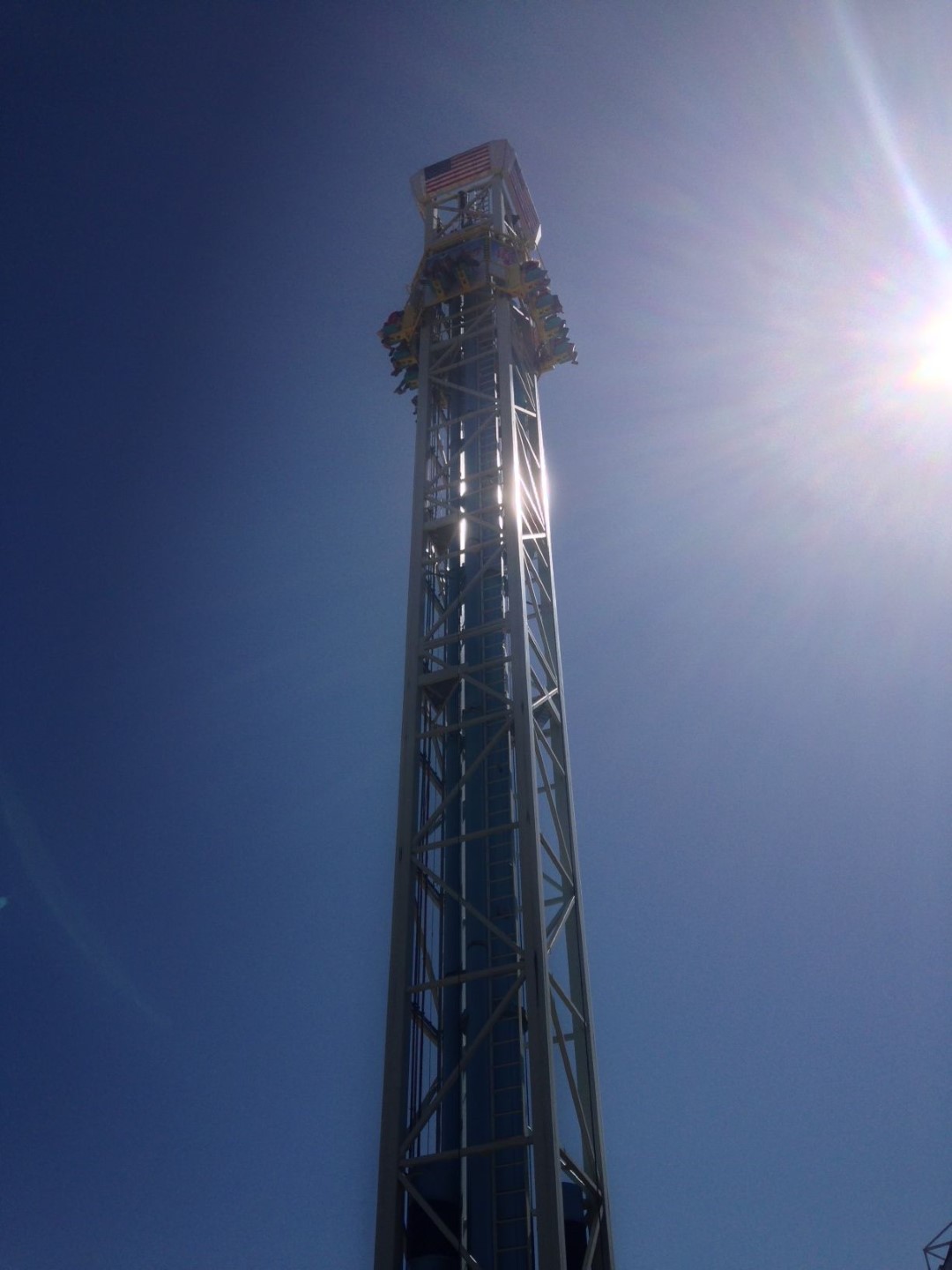 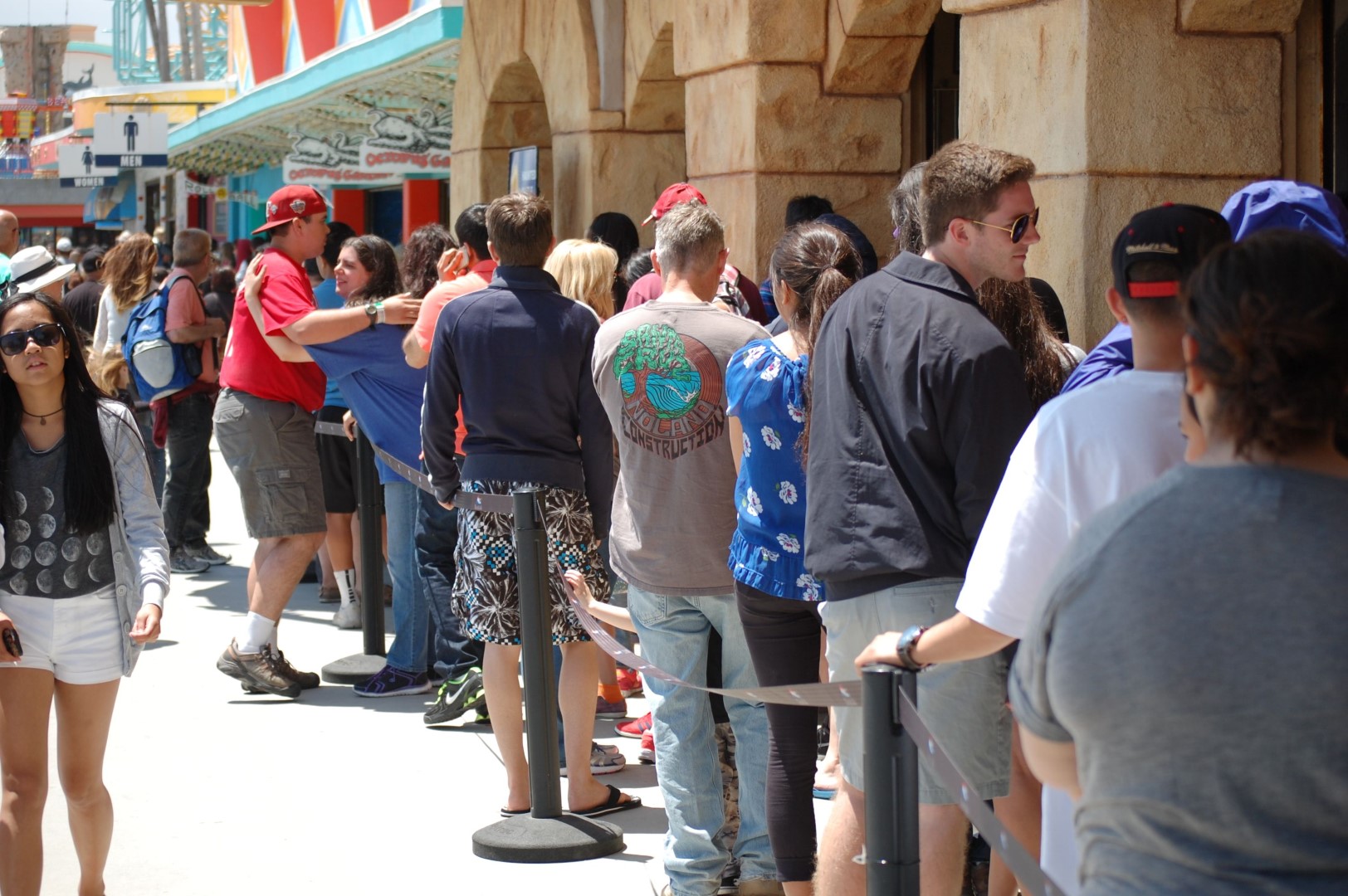 Fireball seemed to be running a slightly different cycle today, with a lot less spinning, but more air time focused. 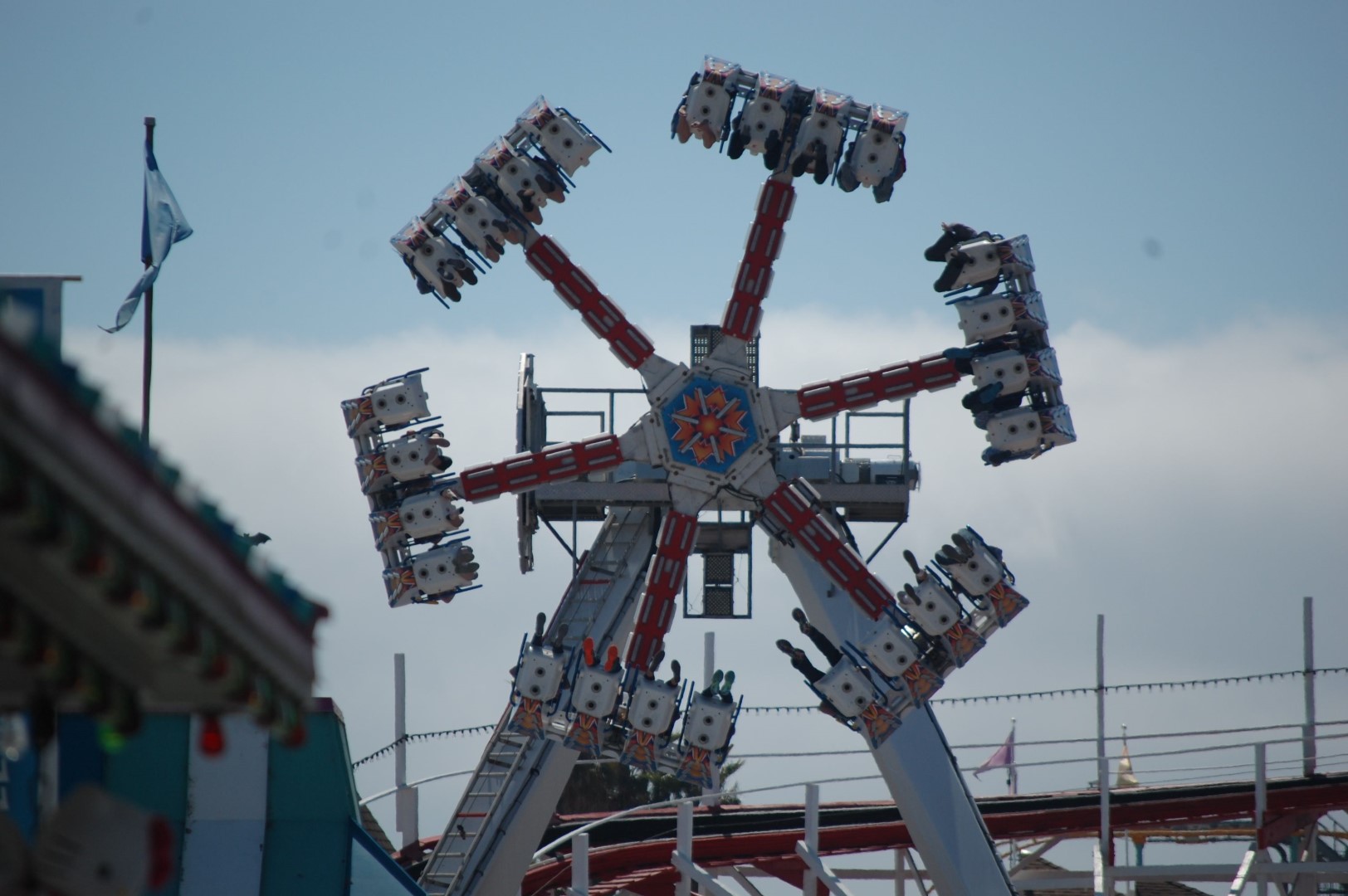 Giant Dipper was running two trains, but they were no match for the crowds. The line actually backed up to the outdoor switchbacks, which is again, almost unheard of. 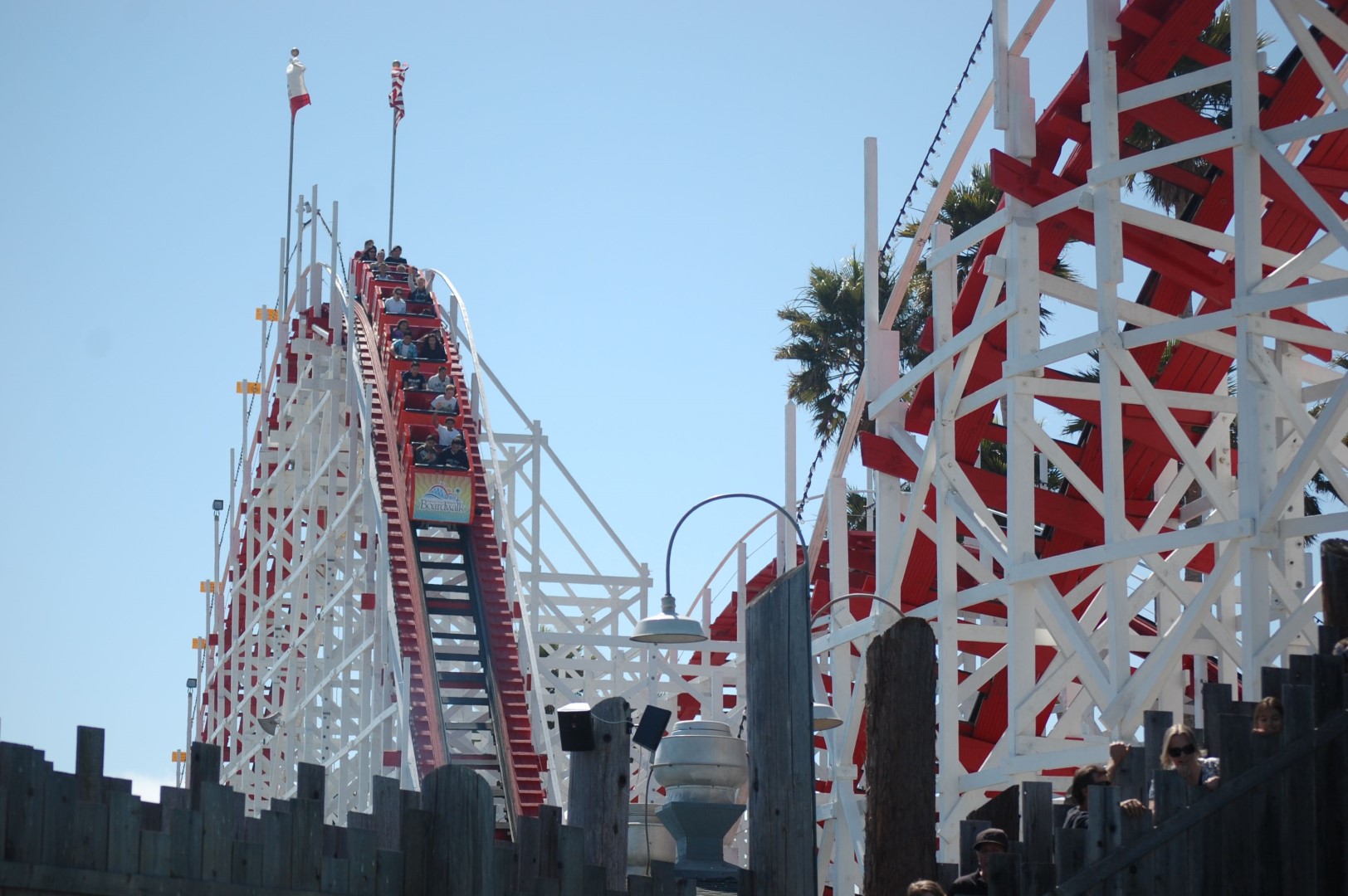 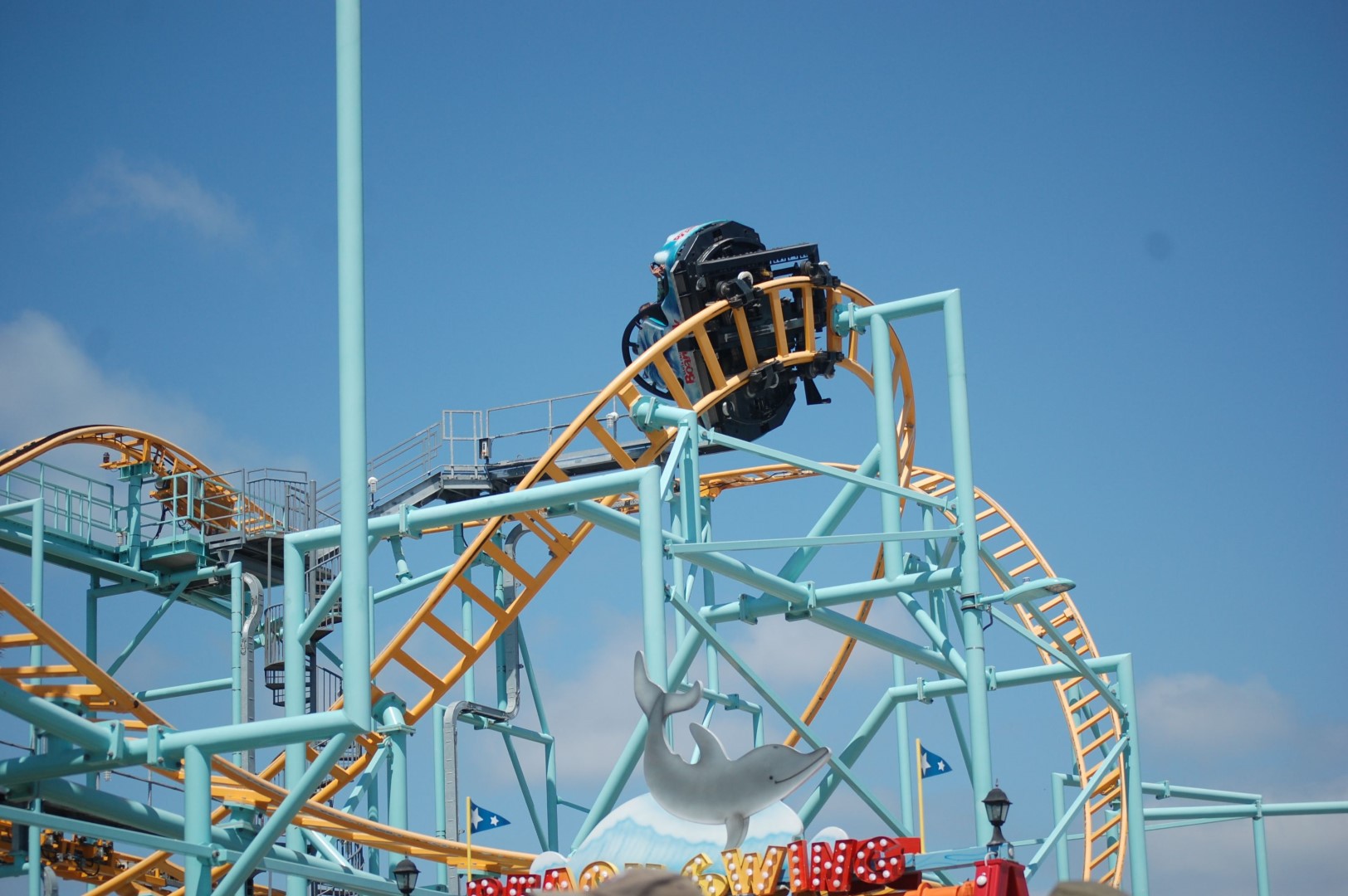 A new Plink-O midway game has been added next to Undertow. 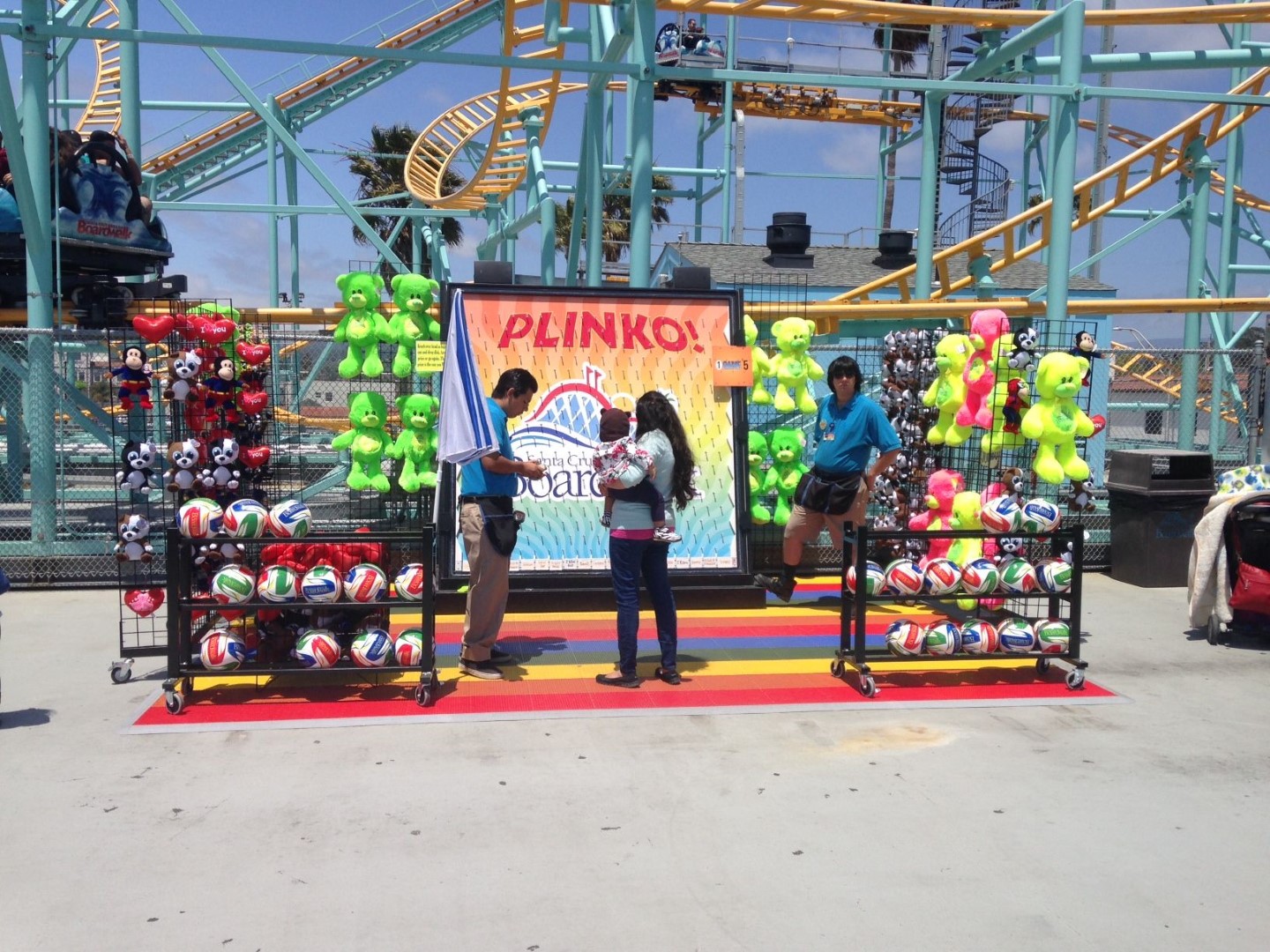 As a side note, the lockers now have an attendant by them to help assist guests with the credit card only lockers. Still, many bags are left outside by guests with no credit cards, and are at the risk of being stolen.

Not to brag, but we totally got the ring in the clowns mouth on the carousel. You know, no big deal. 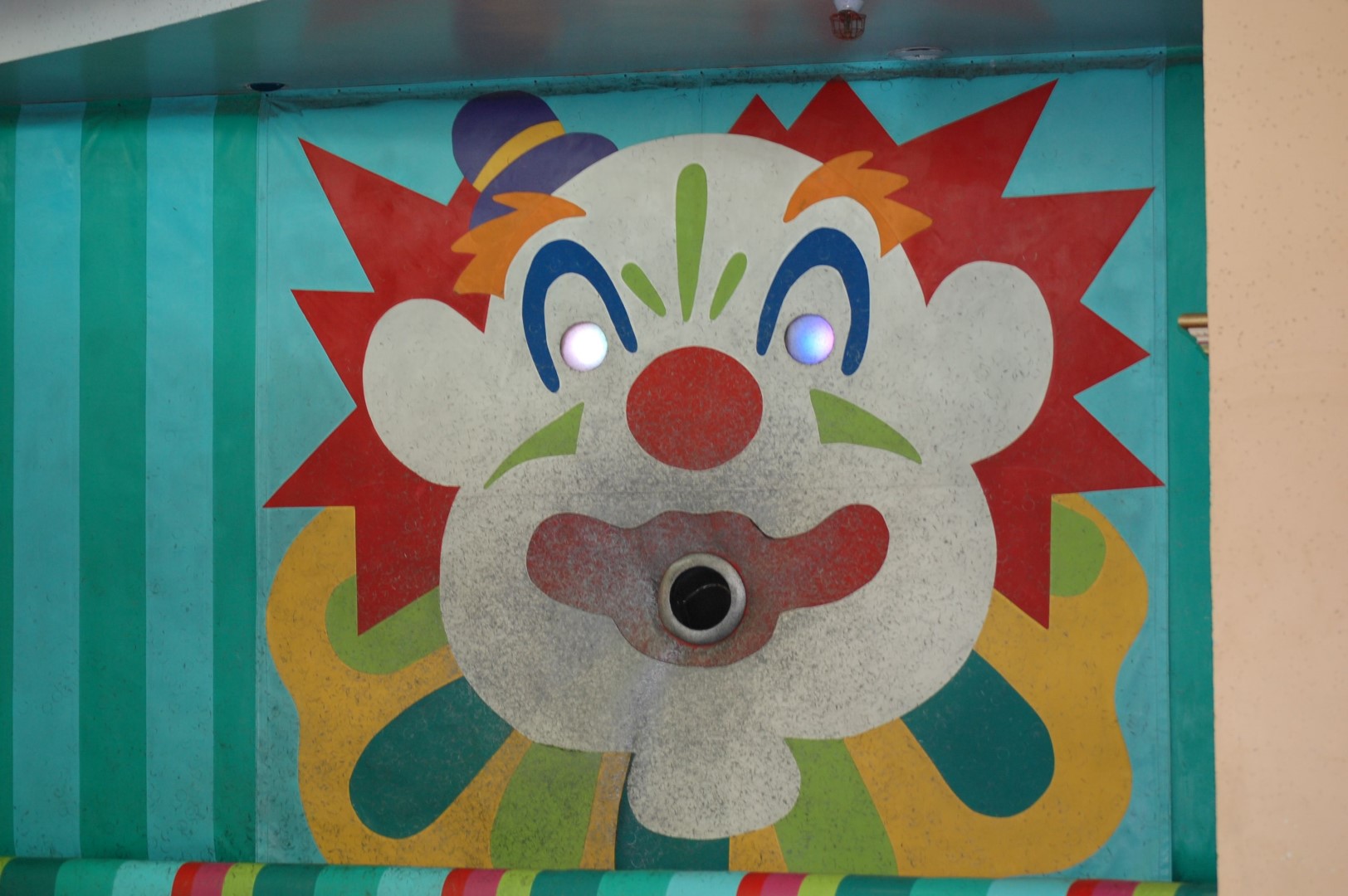 The stage on the beach has been set up, along with the path leading up to it. This summer it will be home to two awesome shows, both of which are free! 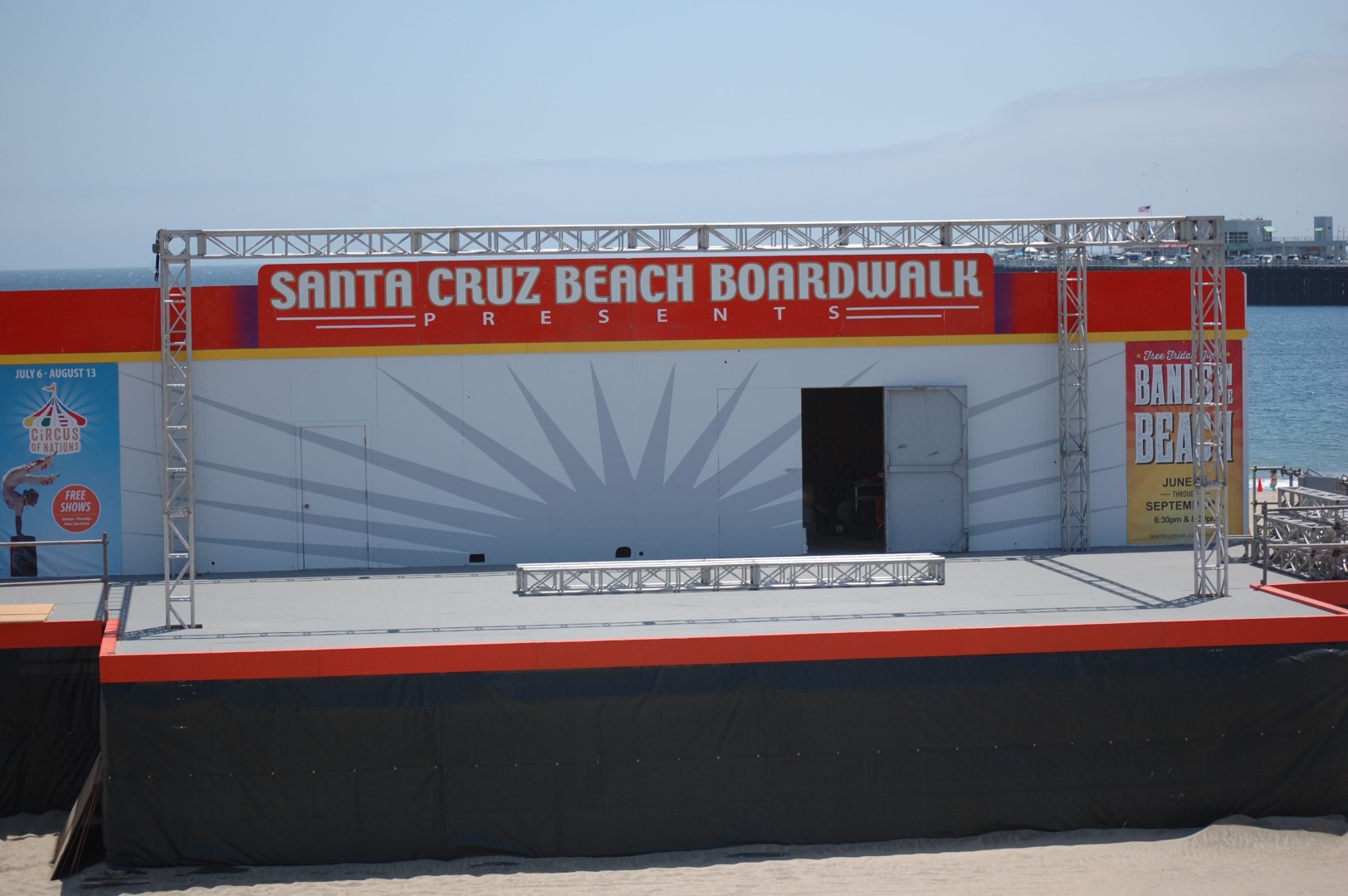 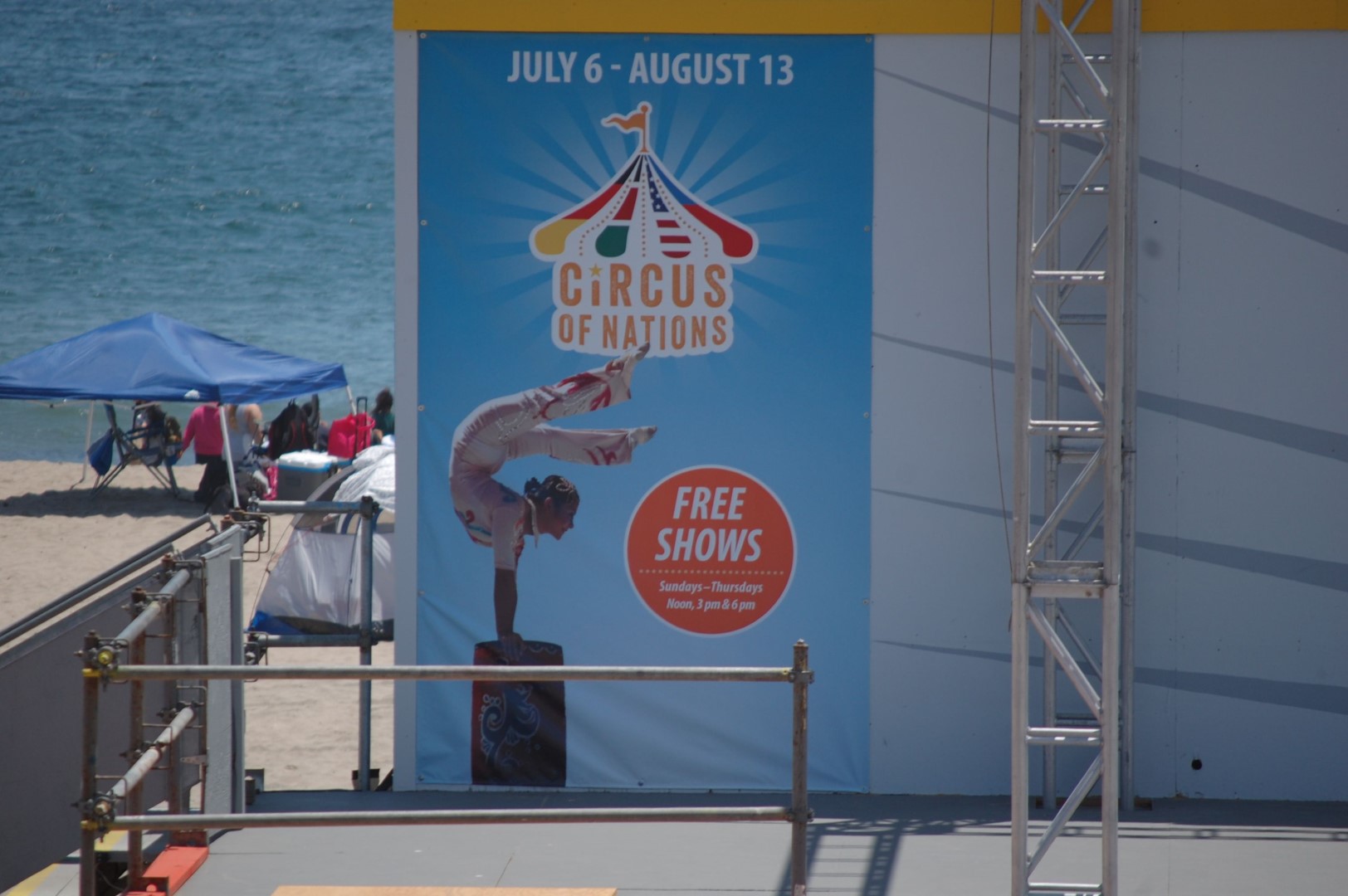 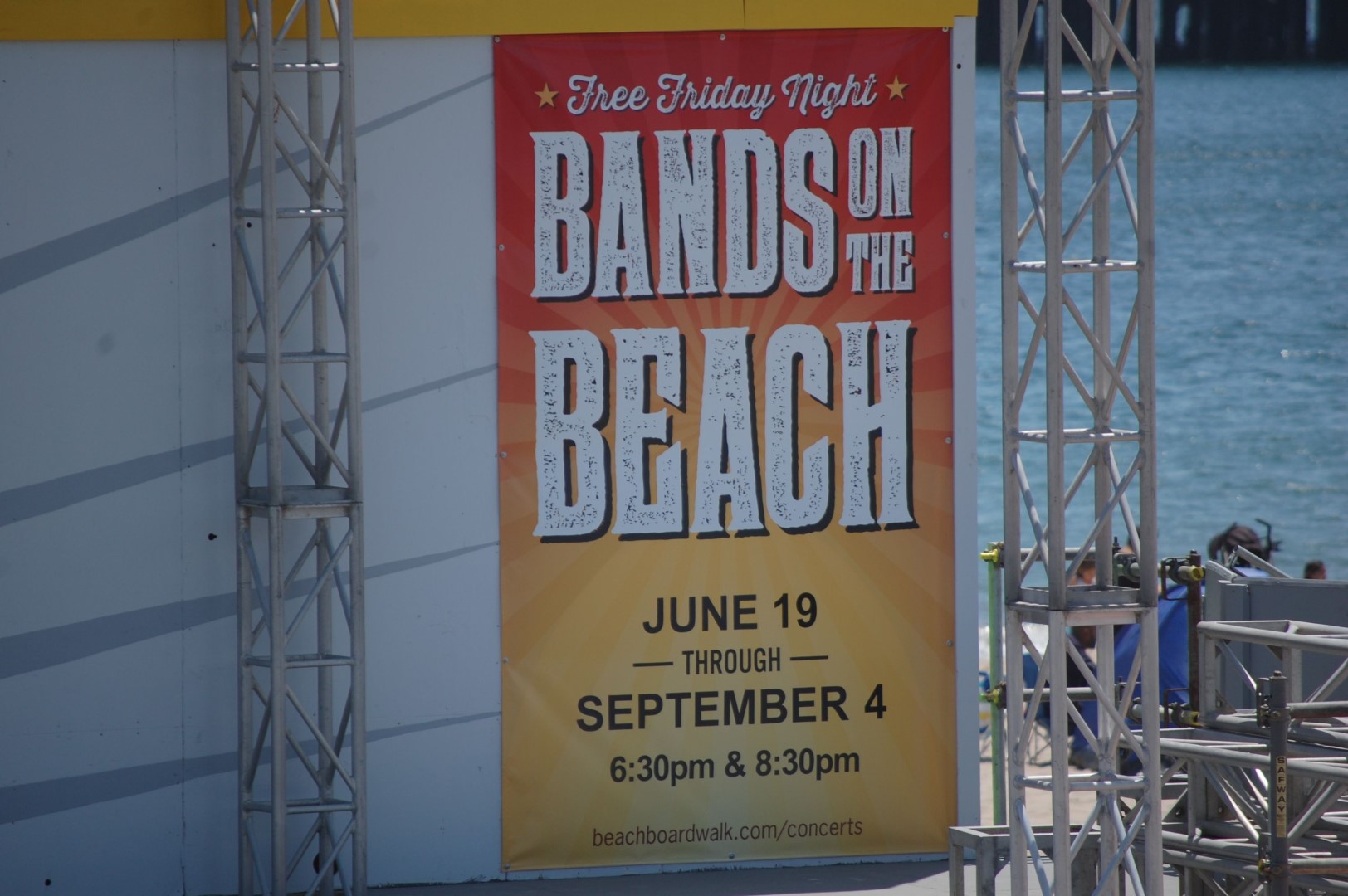 We’ll end this update with another great Boardwalk thing, food! Garlic Fries now has up soda cup displays of how much the drink will cost including tax, nice touch! 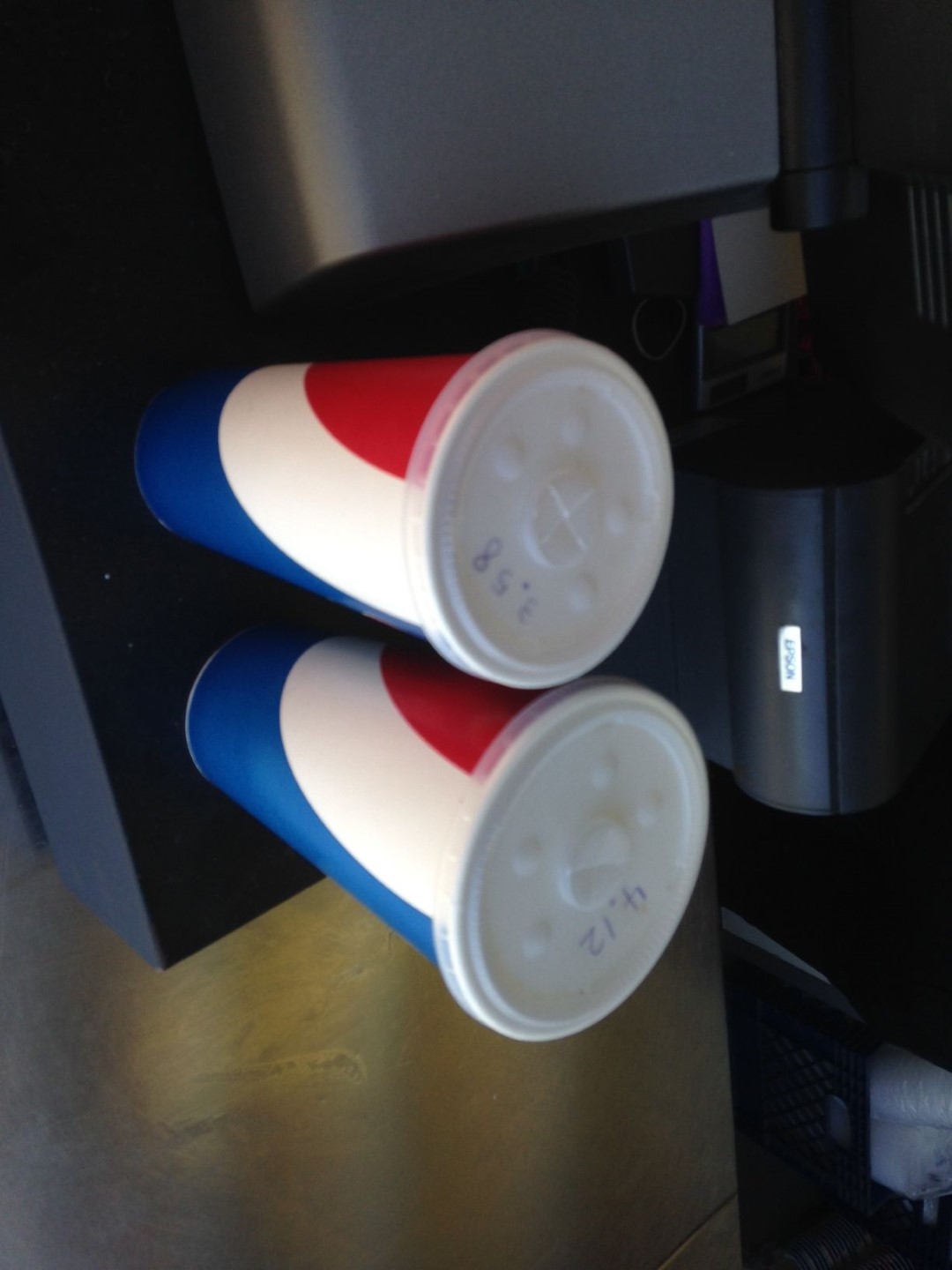 And finally, how could we not get some delicious deep fried Oreo’s? 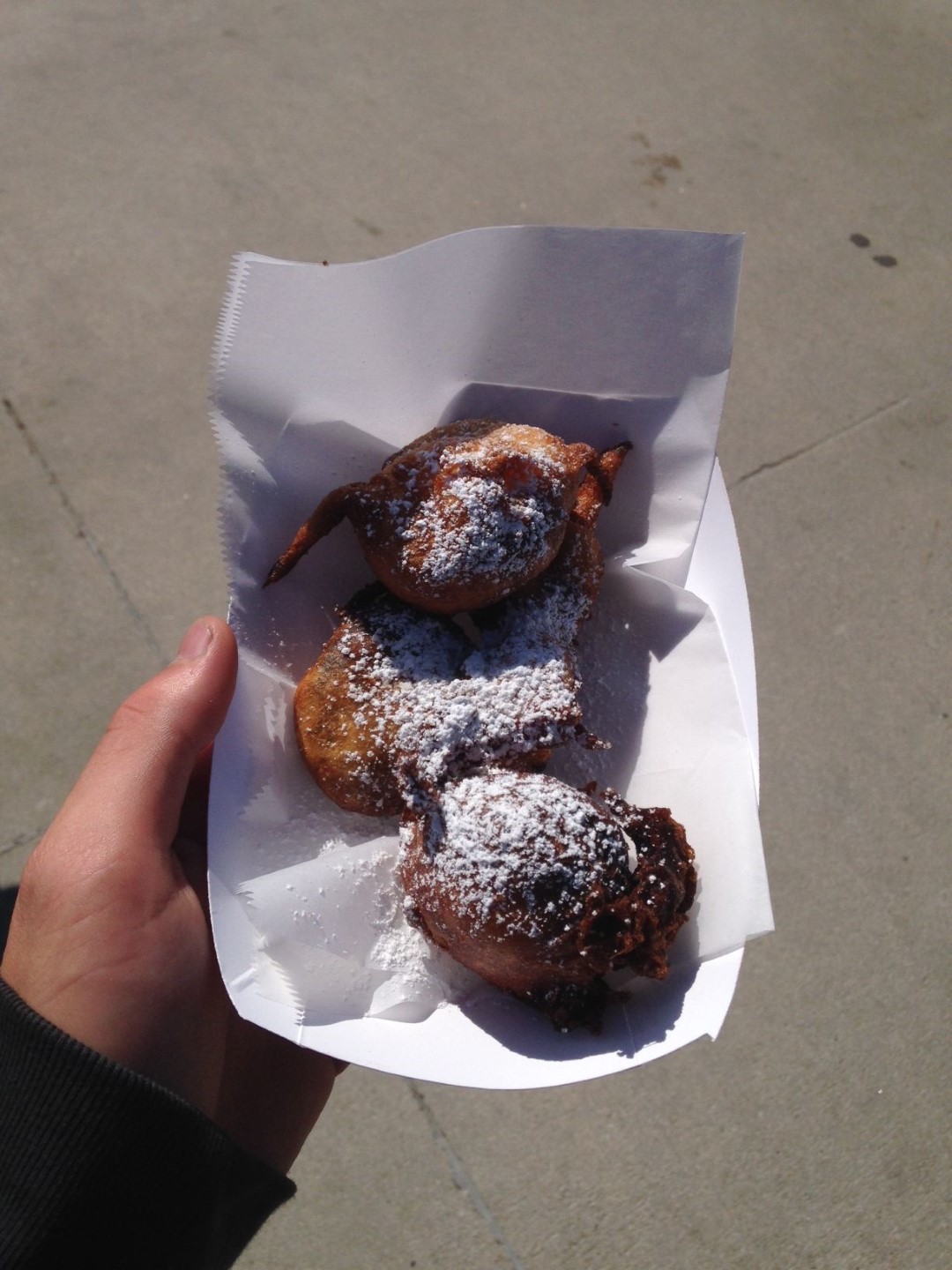 We may not agree with The Golden Ticket Awards on everything, but they sure got this one right. You know it’s a great park when despite massive crowds, you manage to have a great day. 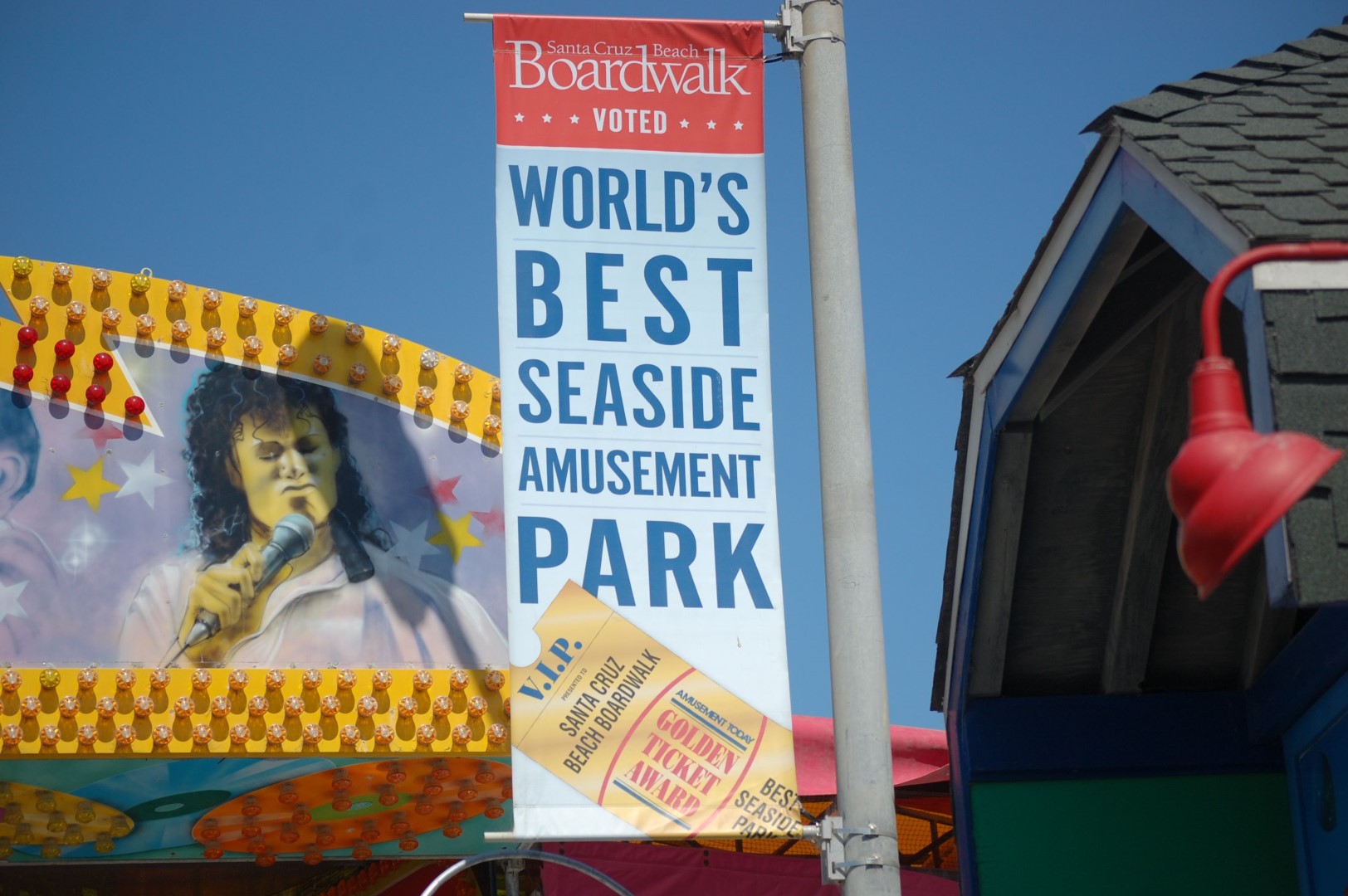 That’s about it! Thanks for checking out this update and be on the lookout for even more Nor-Cal coverage in the near future. What is your favorite aspect of the Boardwalk? Comment below and let us know!

We’ve got a lot of updates, reviews, and reports coming in the near future, so keep coming back! For now these are some VERY recent posts related to the new rides in California, you may want to check out: