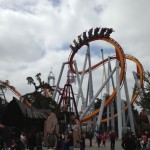 Well folks, it’s officially ‘Roller Coaster Season’. Theme Parks across America have opened their doors to the public and people are pouring in from miles away. Knott’s Berry Farm felt the force of the Memorial Day weekend, with crowds as large as Halloween Haunt! Knotts Berry Farm was very gracious to give out free admission to our Veterans and Military personnel all Memorial Day weekend. As you’ll see, a lot of people took them up on the offer. 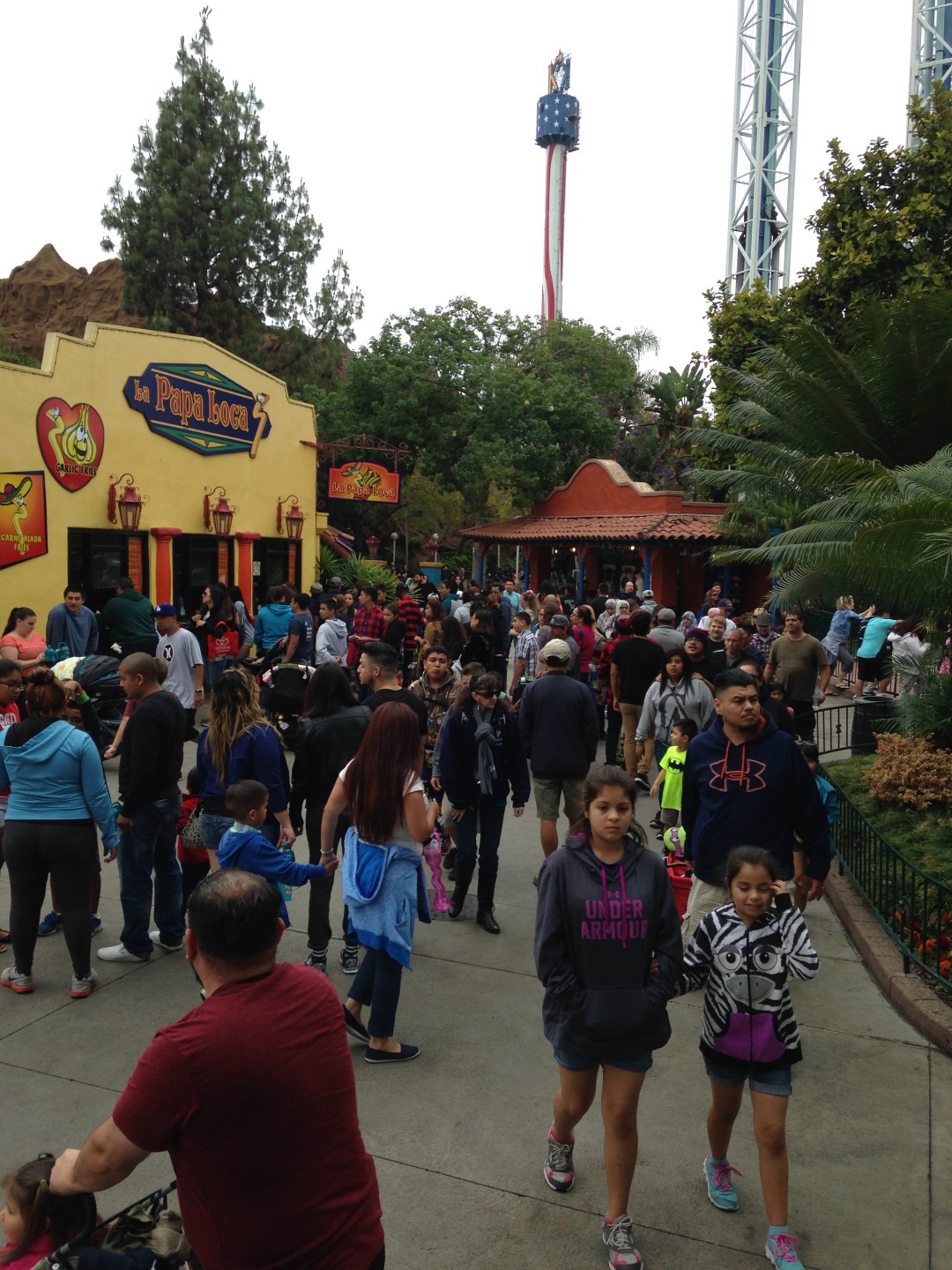 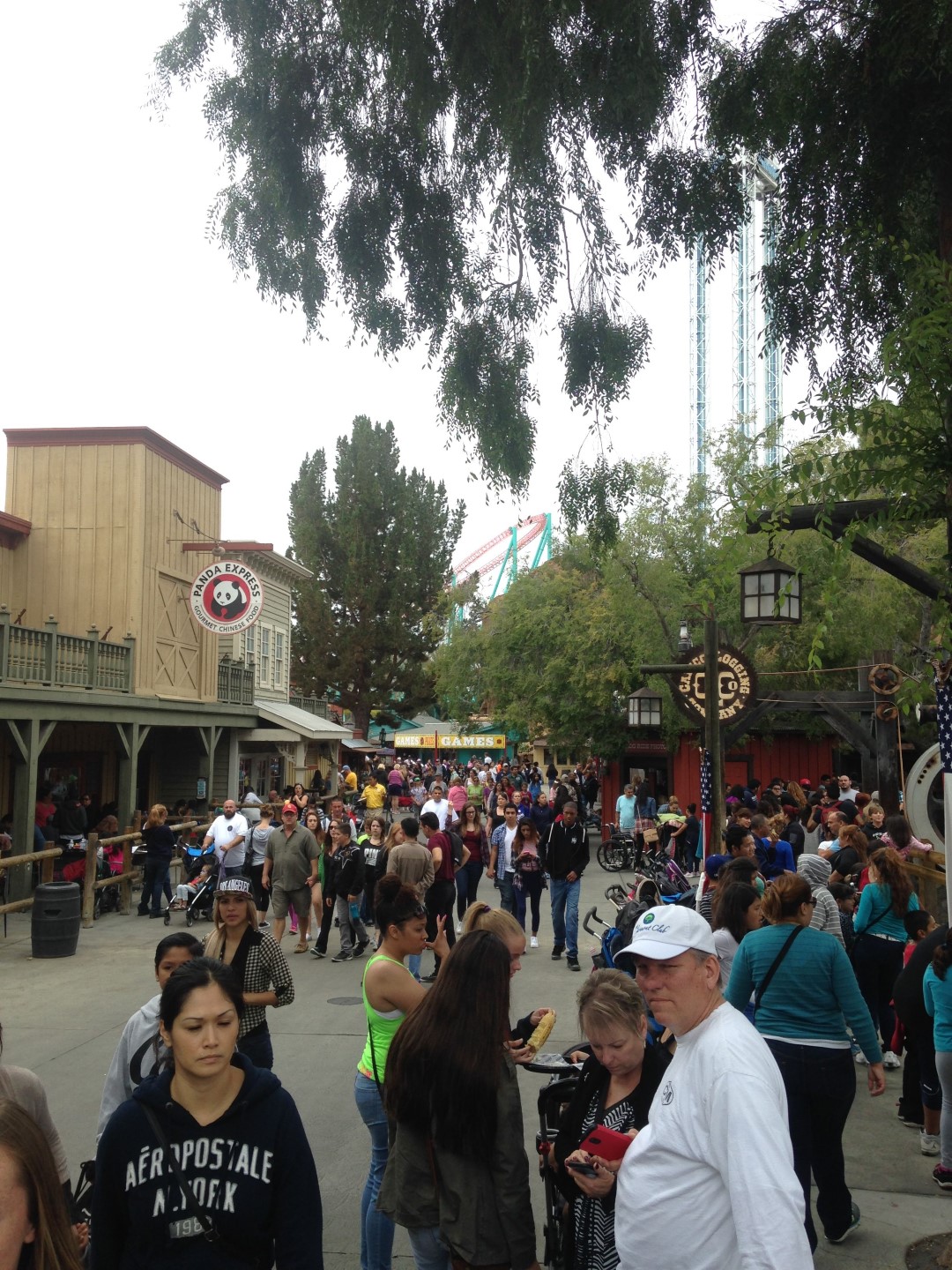 And of course, everyone wanted to get on Voyage to the Iron Reef. The line was at least 2 hours long all day. 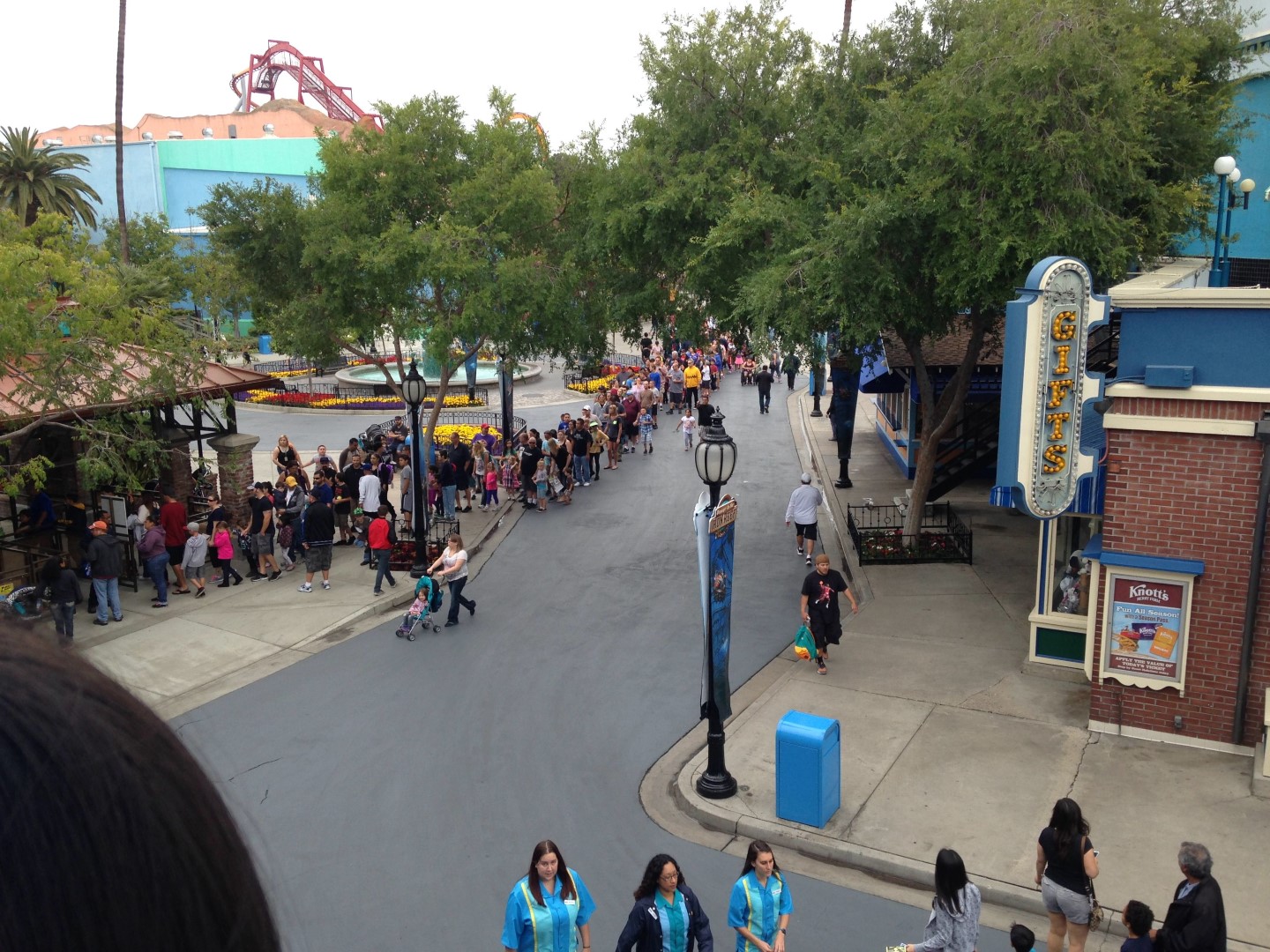 GhostRider has reopened after its 3 week spring rehab. I would love to say that it worked miracles and made the ride quality a lot better, but it’s just not true. It still tries to shake the fillings out of your head on every dip and turn. Everyone sure was excited though. The line was well over 2 hours at its peak. 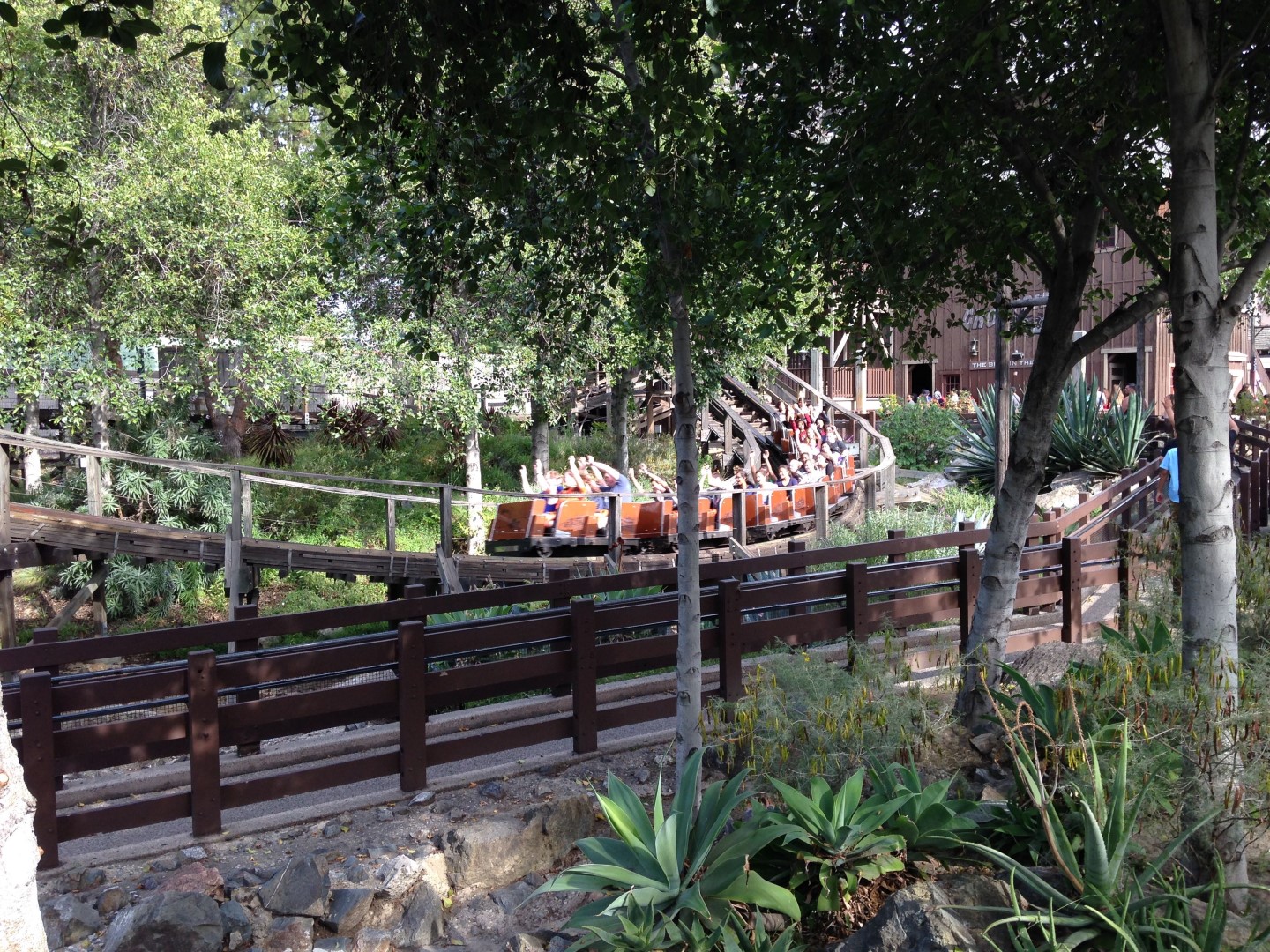 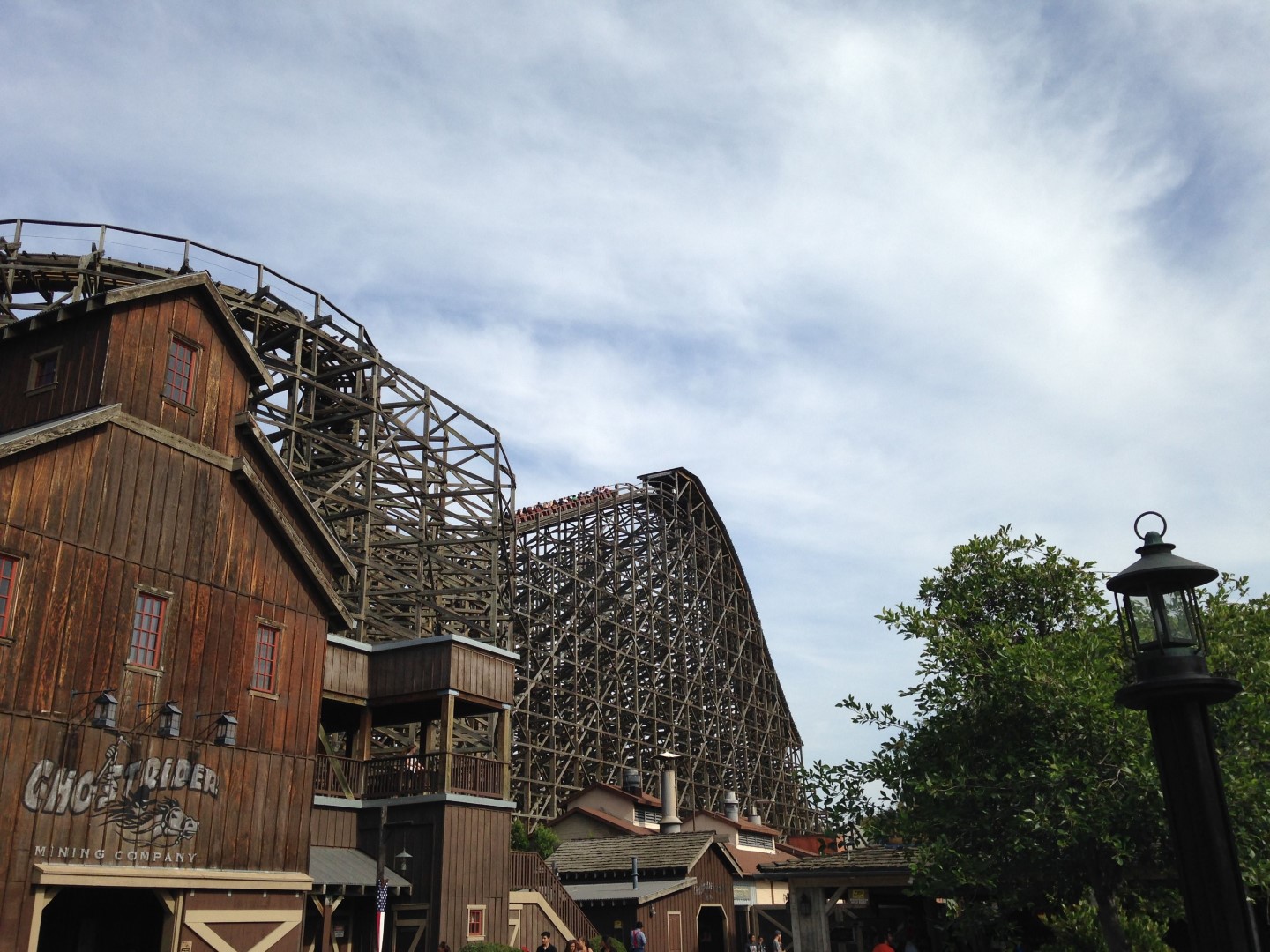 As you can see, a lot of new wood has been added to the structure. 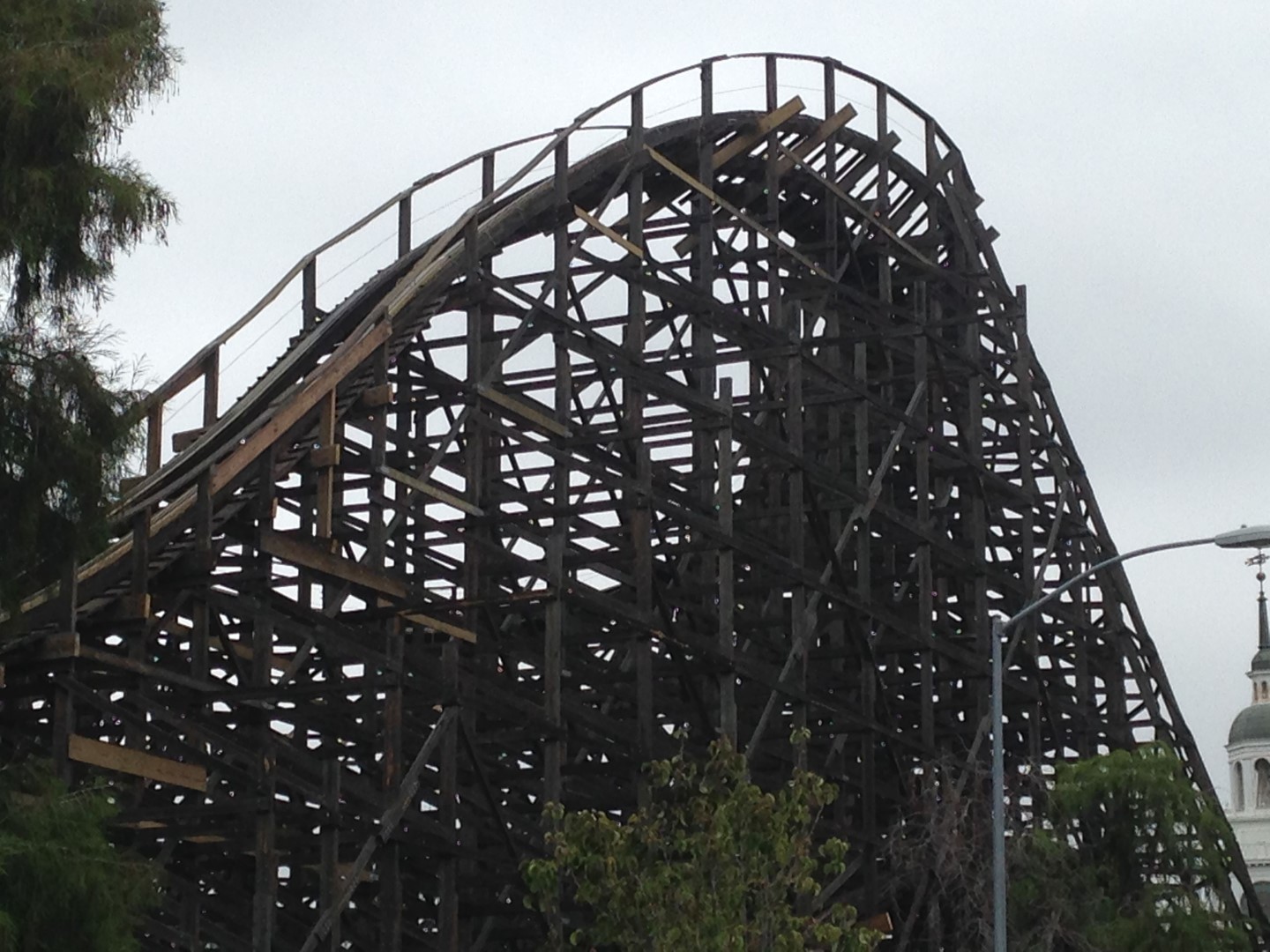 Ghost Town overall hasn’t really changed much. Deadwood Dick is still dead, The geode shop still has its $20,000 Geode, and the Blacksmith is still hammering away. 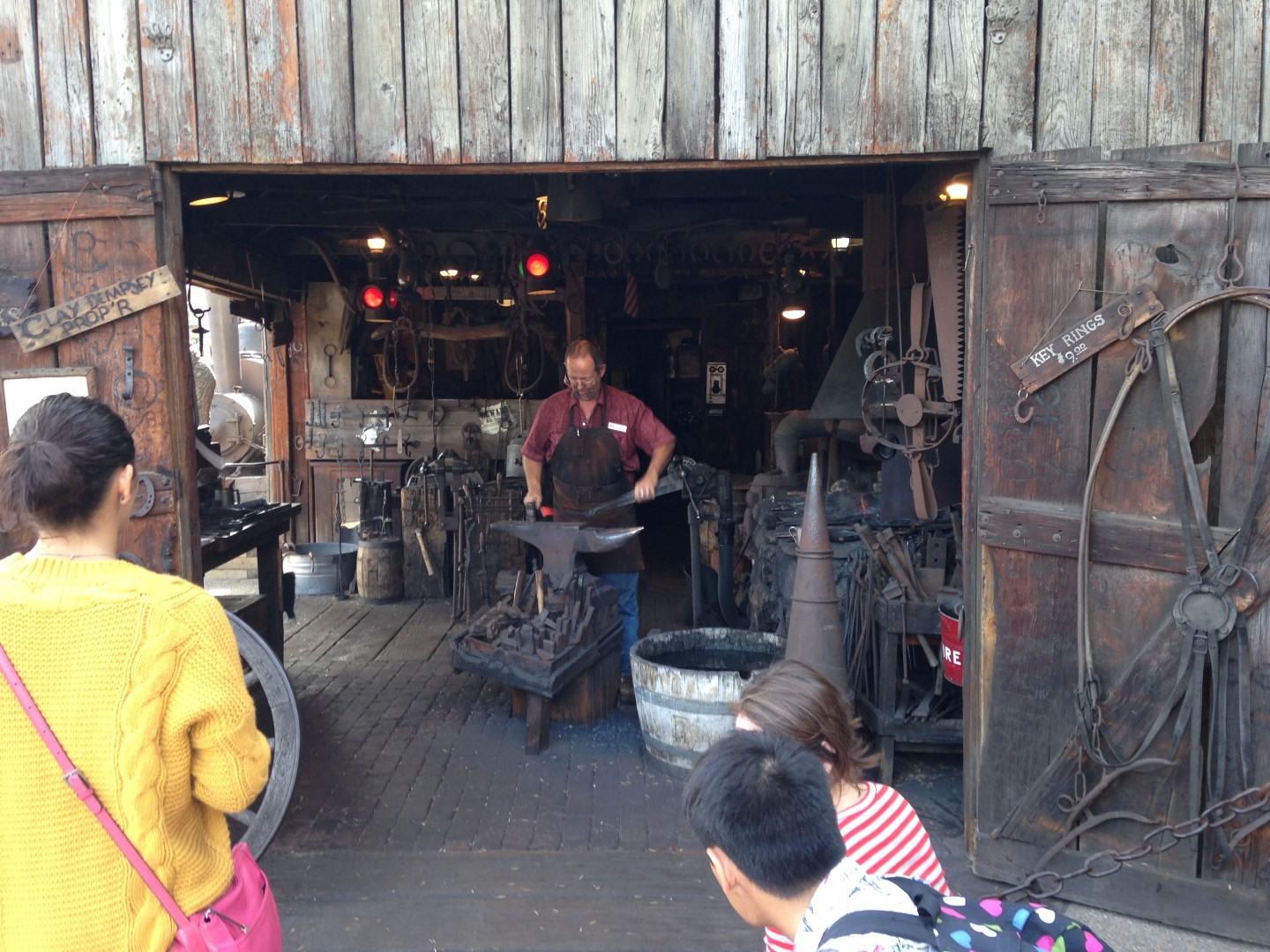 The Wild West Stunt Show is running 3 shows now. They were also doing a small show out in the courtyard called Cowboy Antics. Lots of gunshots and corny jokes. These varmints were really getting into it. 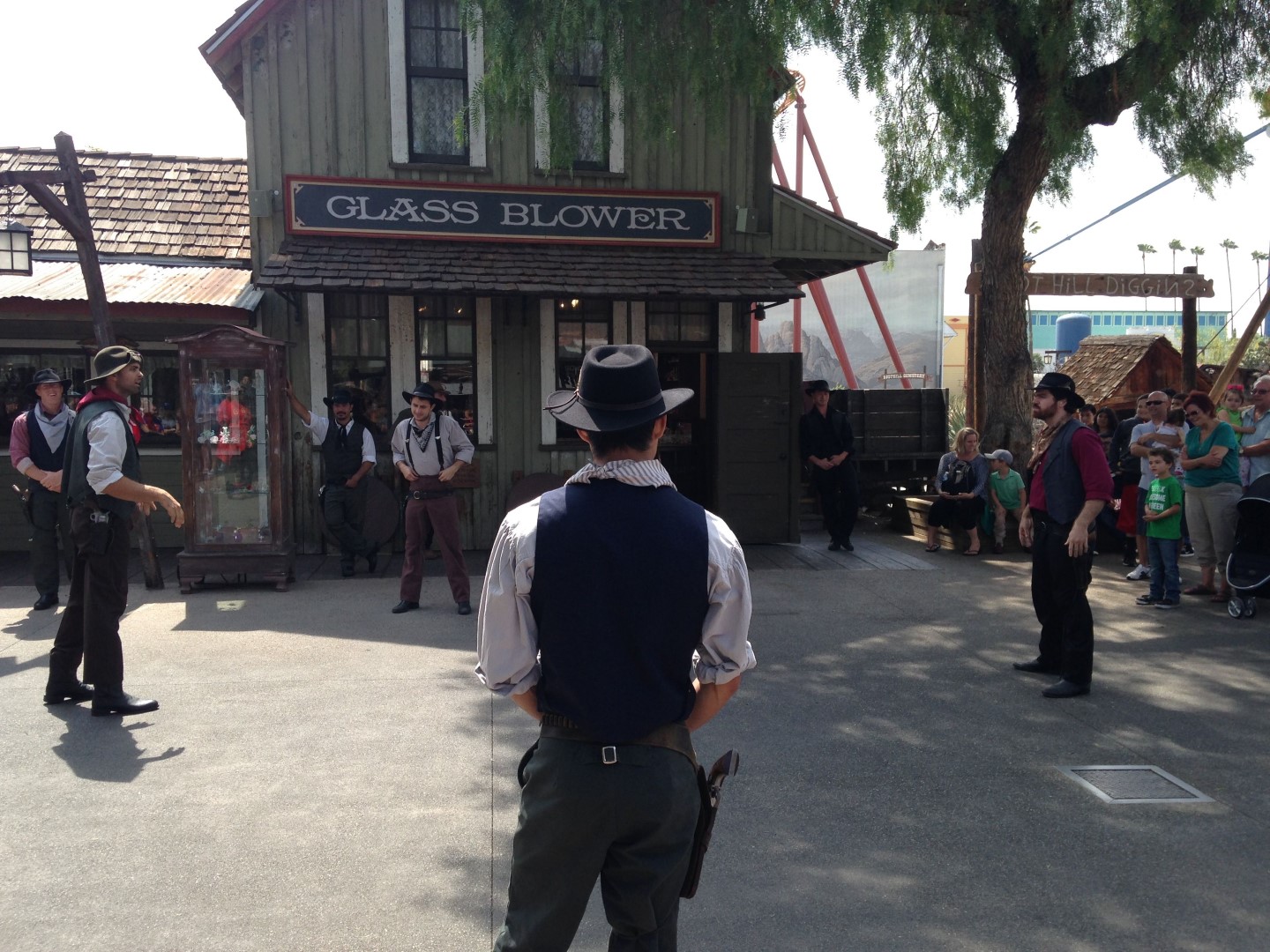 Although one thing that has really has changed is the flowers. All of the flowers are in bloom. 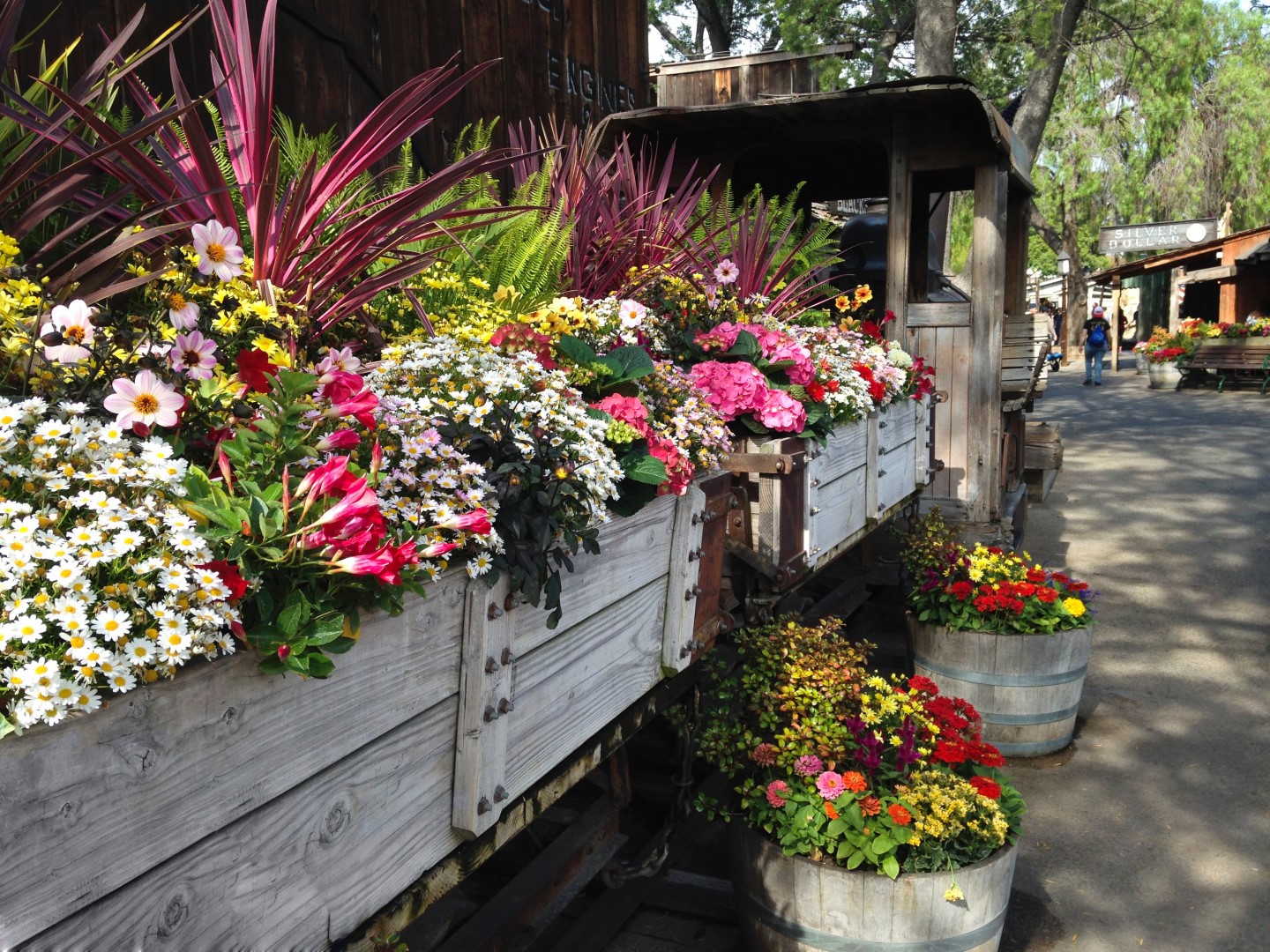 Of course Knott’s did the place up for the holiday weekend. These American Flag banners were all over the park. 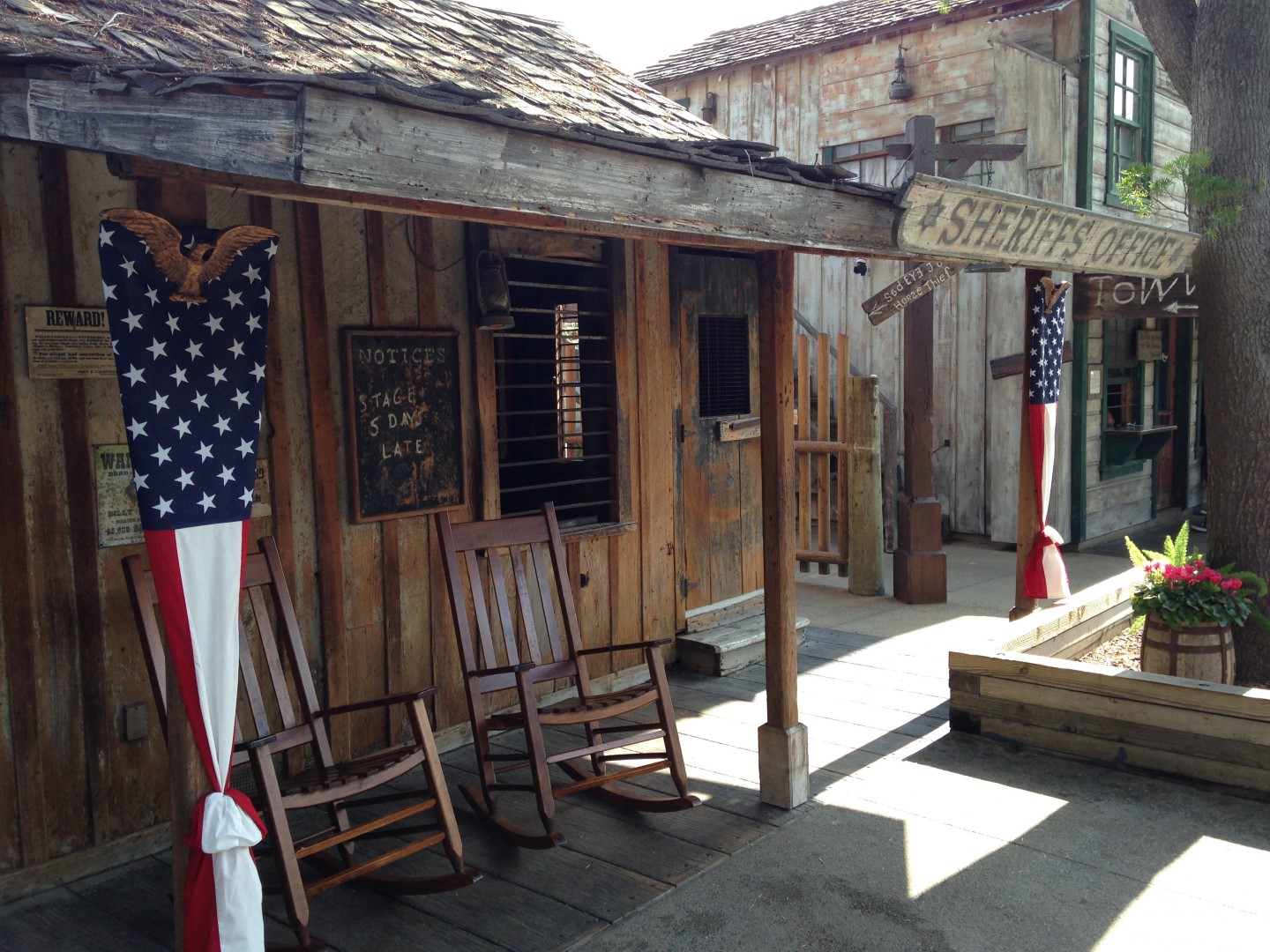 The biggest change going on right now is the setup of the Calico Square Stage. 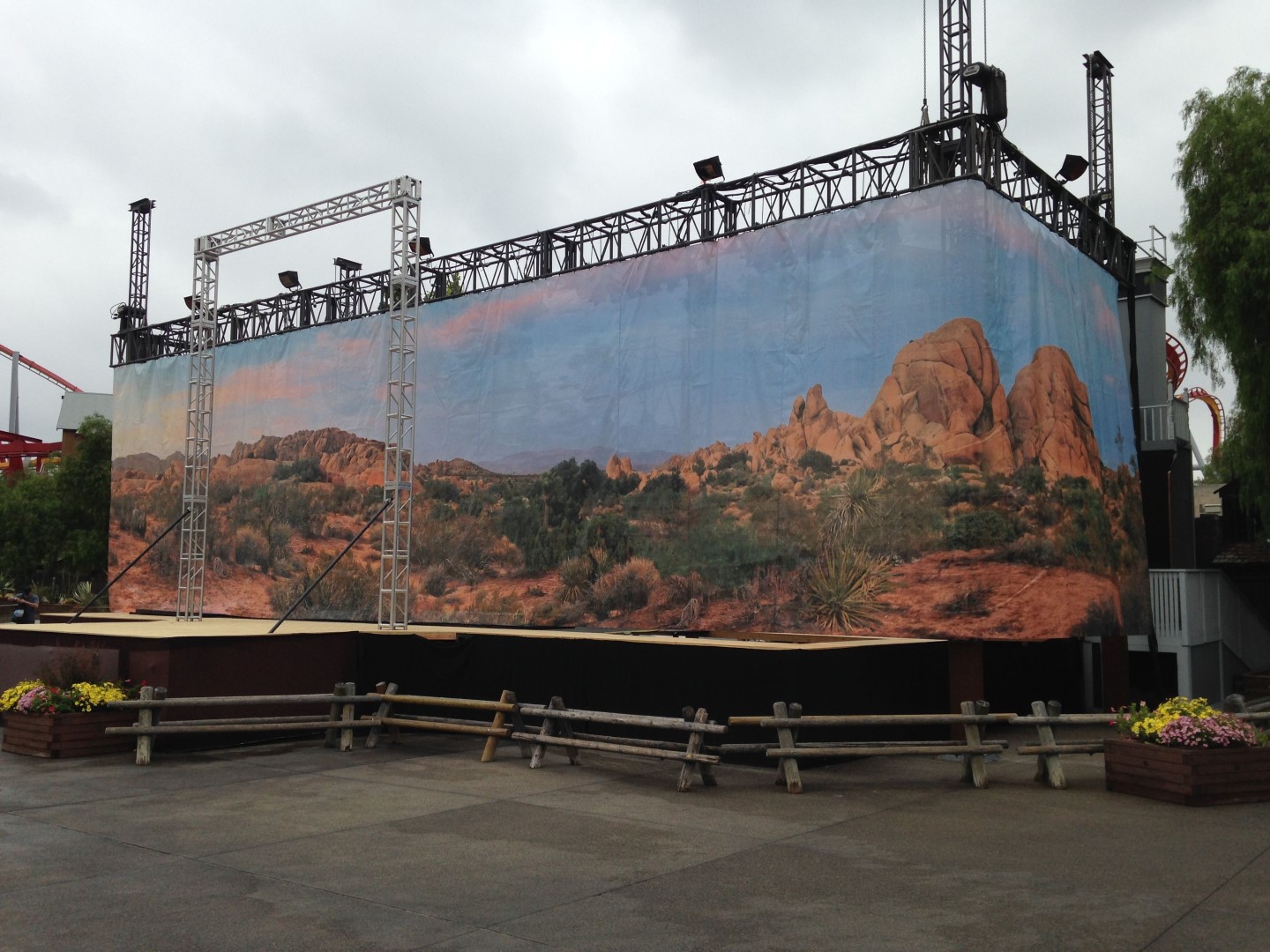 In the past there have been stunt shows by the All Wheels Sport Productions company. Those shows included acrobatics, skateboarding, rollerblading, and trampolines. Looks like they are bringing it back. You can see the 2 half pipes here. 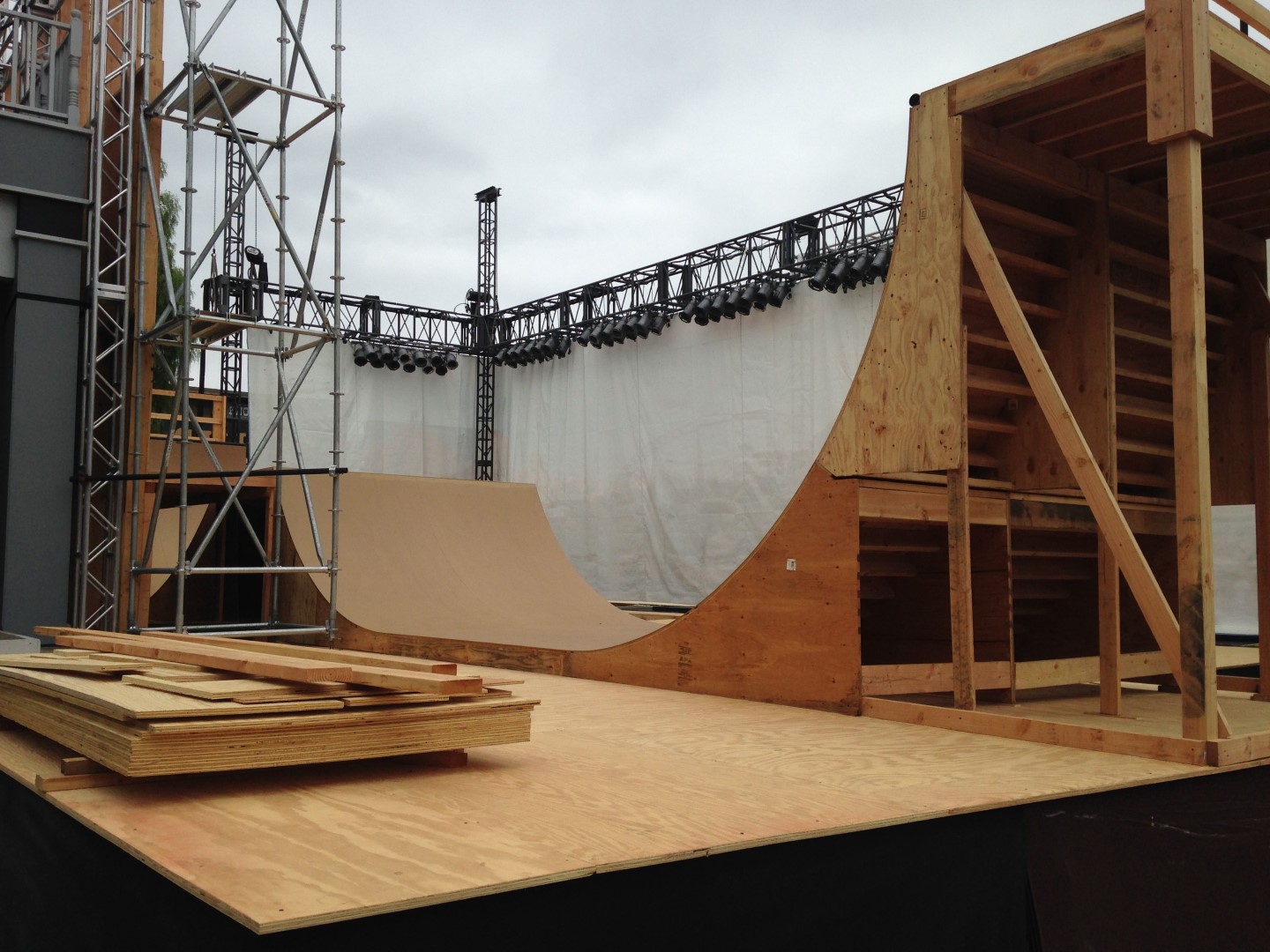 There are three trampolines, two smaller rectangular ones, and long one that stretches the length of the stage. 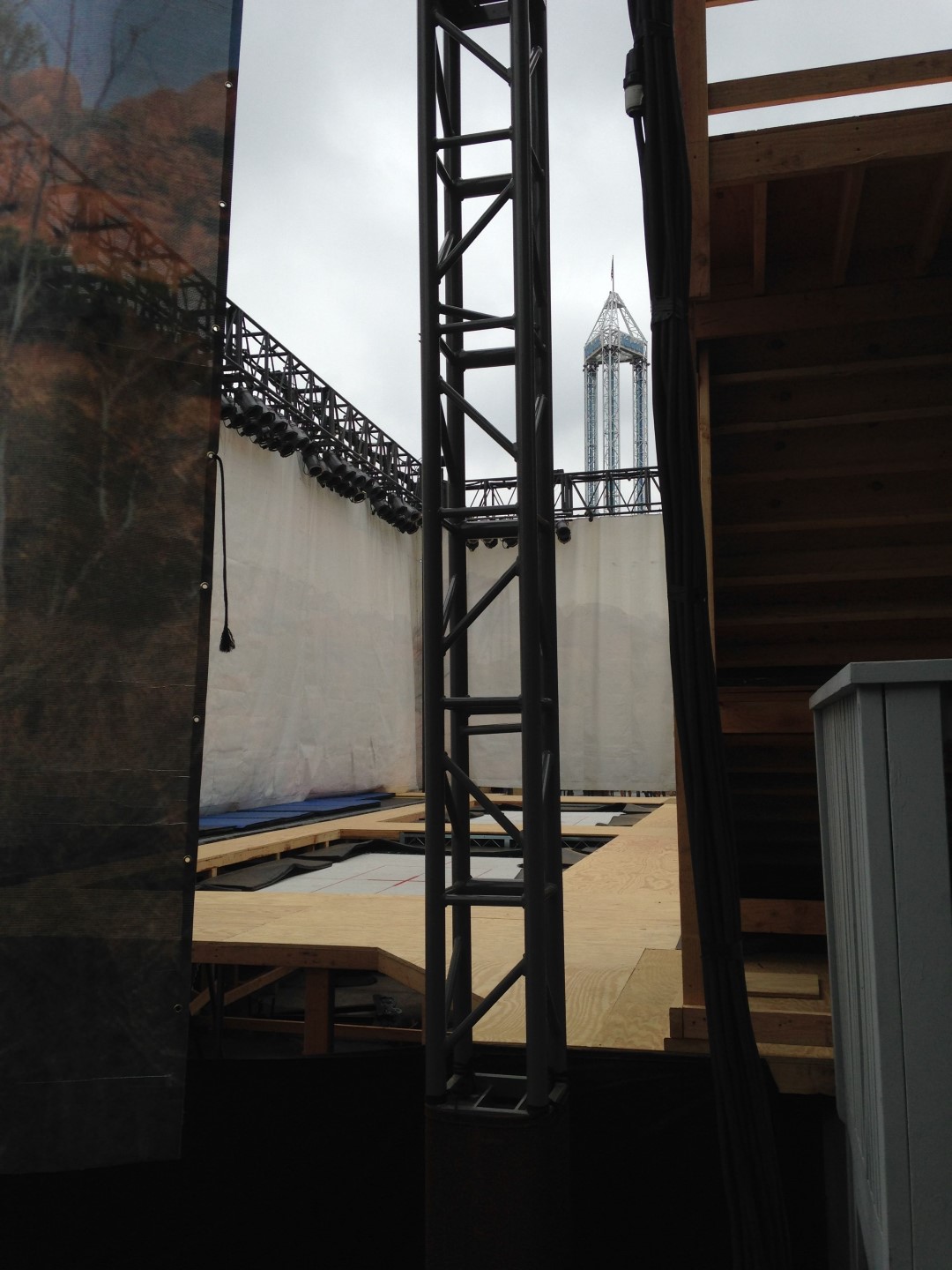 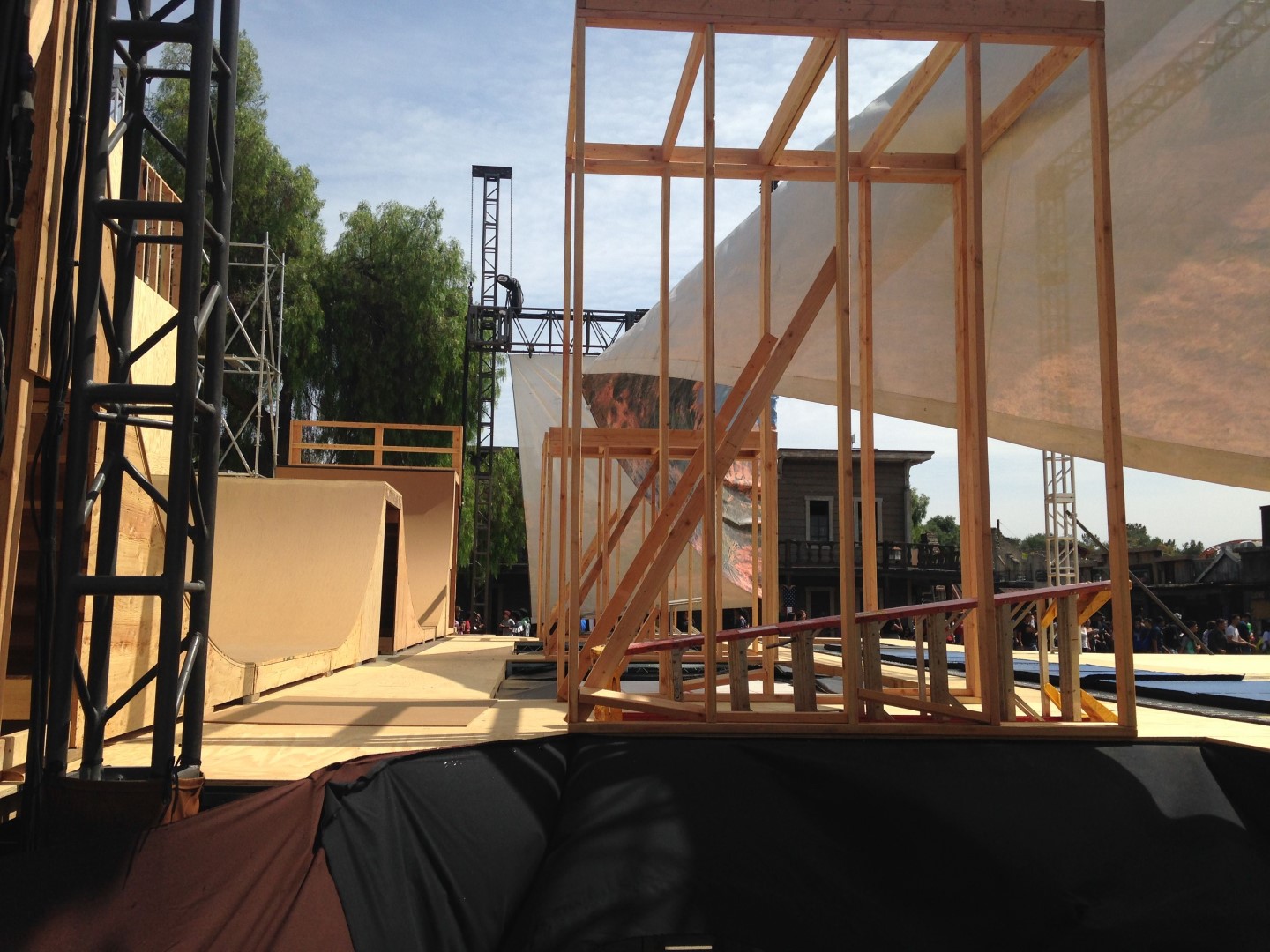 The wind reveals all! A better shot of the long trampoline. I’m sure they will be doing some crazy tumbles down this thing. 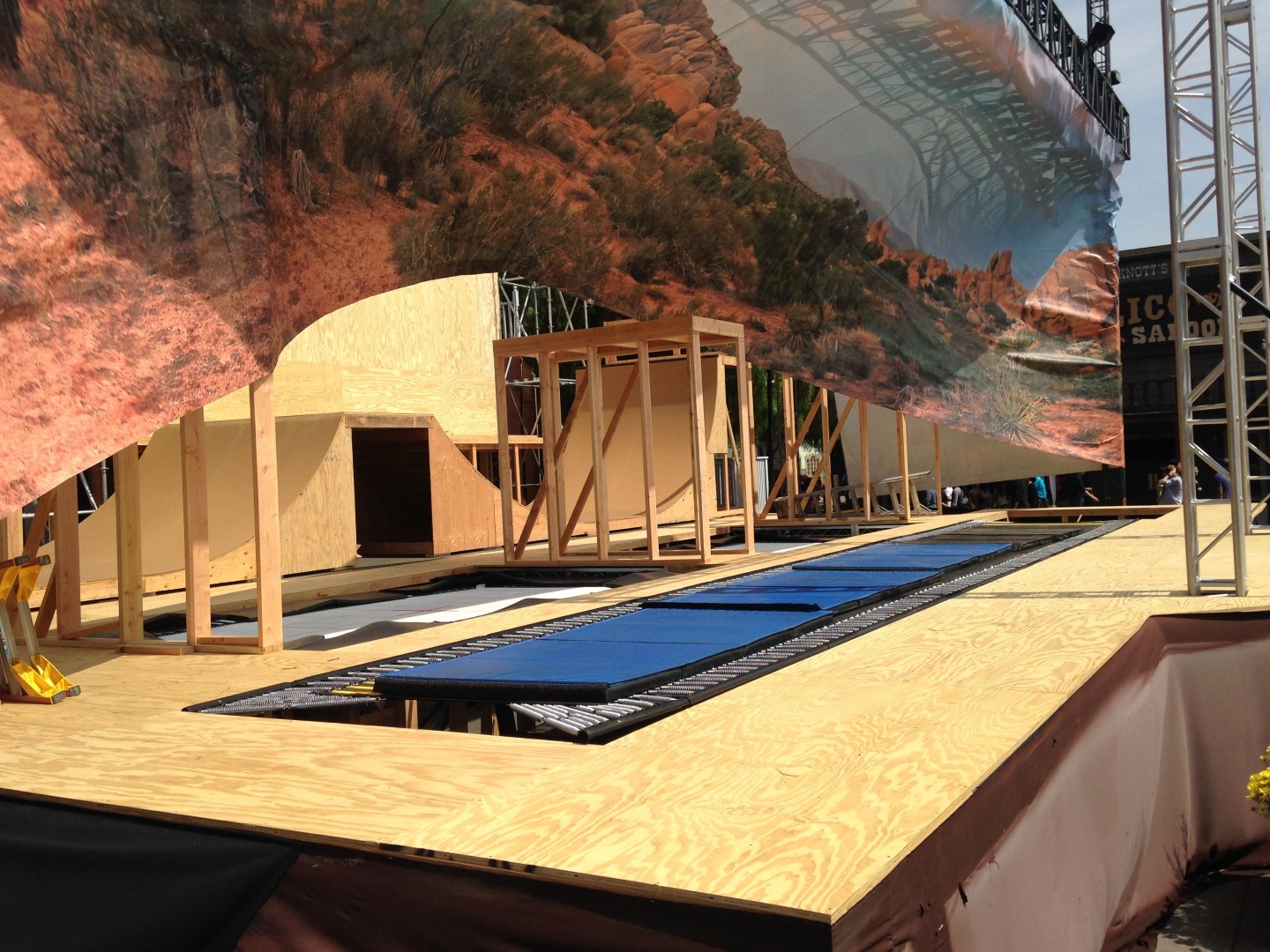 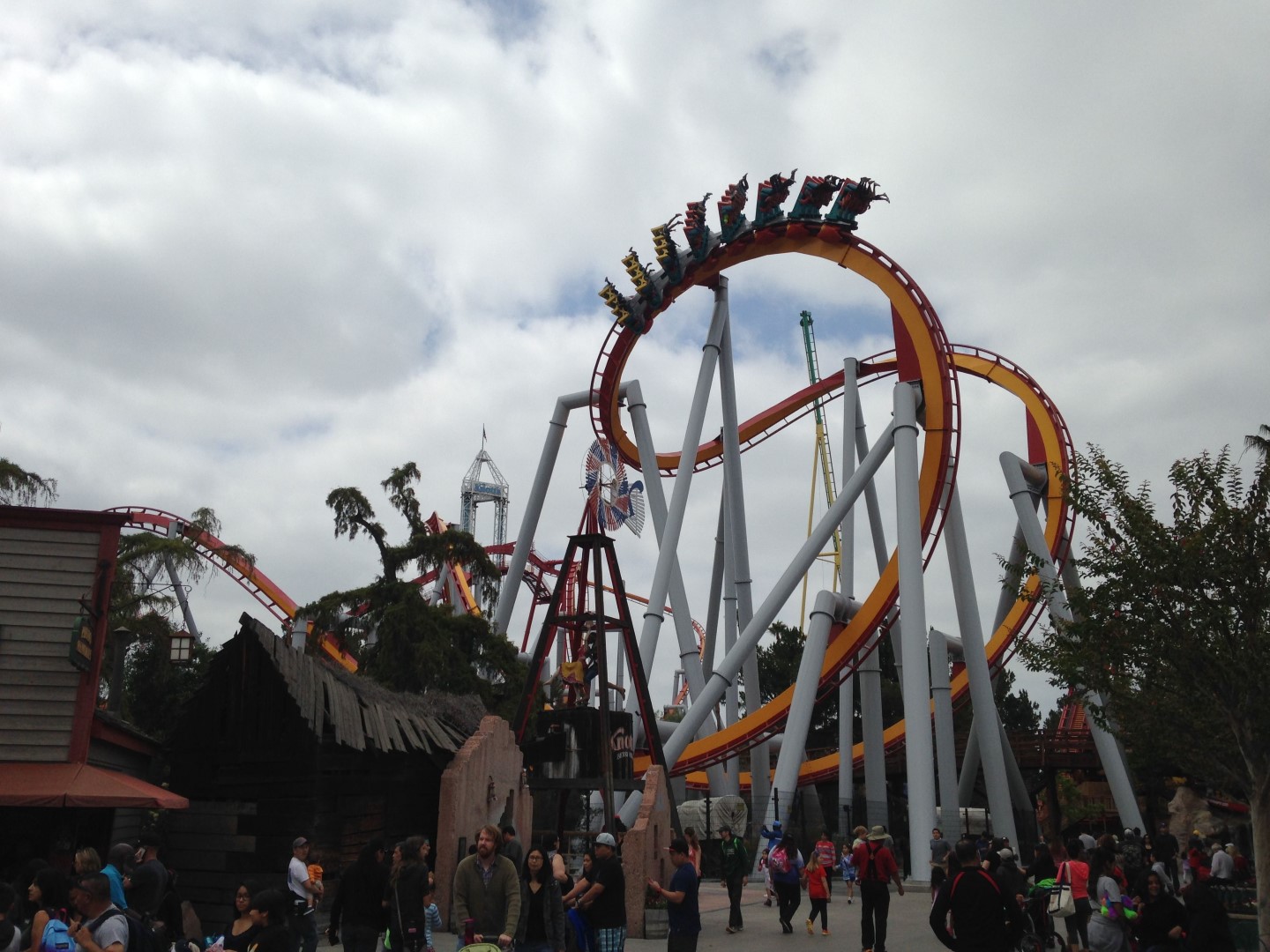 Rumors say that things are going to be changing around here. No matter what, Knotts will always retain its small park charm. Check back soon for summer show reviews, ride updates, and other Knott’s related news. Peanuts on Ice, and the all new skate and stunt show at Calico Square Stage should be here soon! 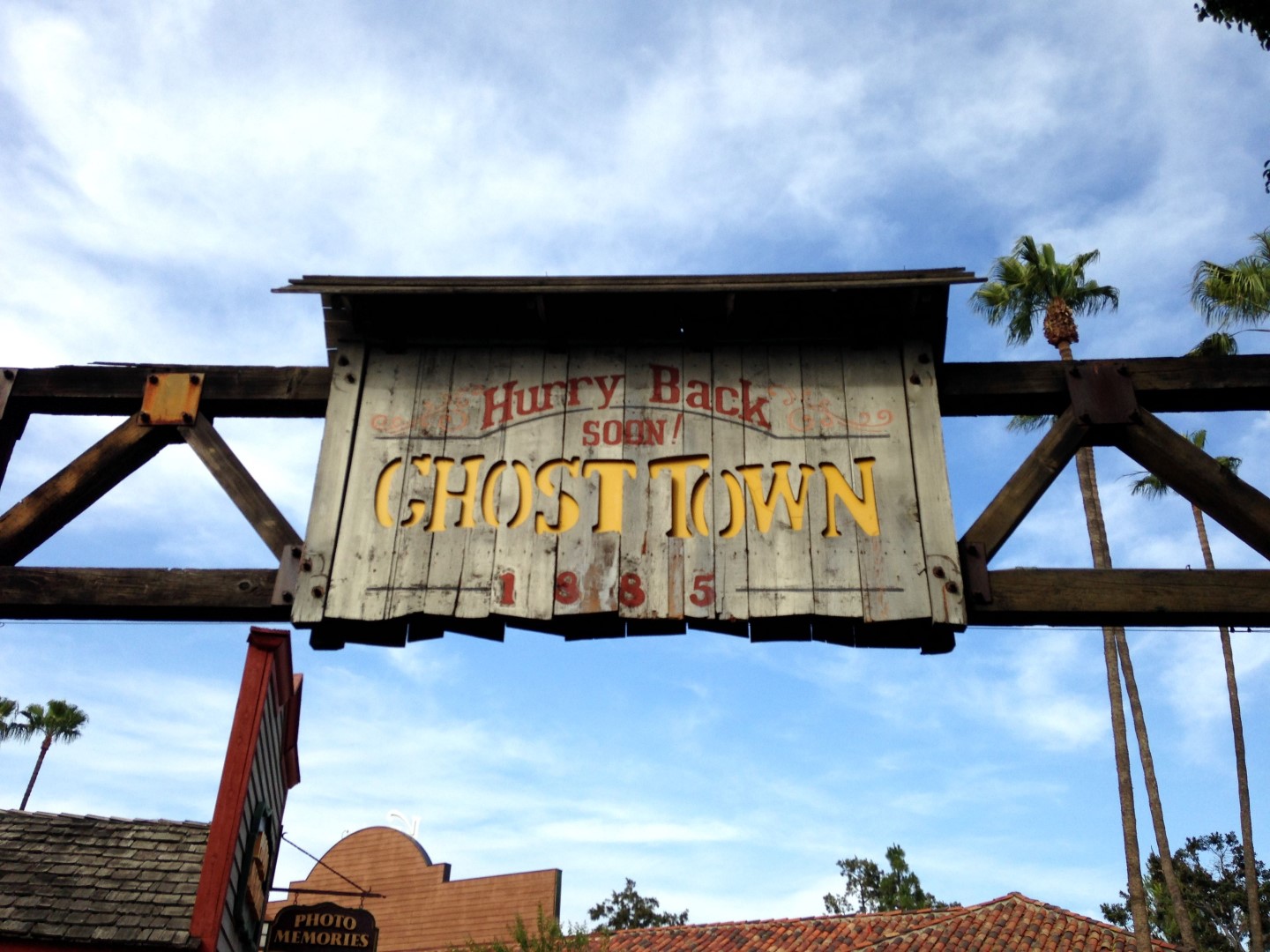 Here’s our new Santa Cruz Beach Boardwalk Update! We’ve got a lot of updates, reviews, and reports coming in the near future, so keep coming back! For now these are some VERY recent posts related to the new rides in California, you may want to check out: