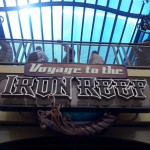 Voyage to the Iron Reef has opened and seems to be a hit with the guests. We personally are a big fan of the ride, for many different reasons. The unique theme of the ride, and the fact that it’s perfect for the line-up of rides at Knott’s, really add to the list of reasons we are a fan of the new addition. Find out why Voyage to the Iron Reef is a great new addition!

Voyage to the Iron Reef is an interactive dark ride at Knott’s Berry Farm manufactured by TrioTech. I features a total of 44 projectors, and eleven High Definition 3D screens, as well as quite a few practical sets.The premise begins with one Captain McAllister, who was fishing one day before his boat was attacked by a monster machine hybrid that fed on the metal of his ship and he was forced to swim to shore, and washed up at the Knott’s boardwalk. It’s riders’ job to go back to the spot where the Captain was attacked and defeat these monsters with your handy freeze ray! ‘Fight the Kraken! Save the park!’ 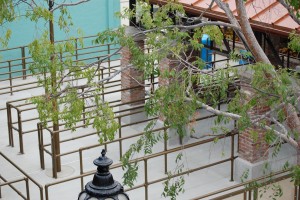 Riders enter the queue on the ground floor where there are a good number of switchbacks. Once climbing the stairs, they will enter the indoor portion of the line on the second floor which is nicely air conditioned. The switchbacks upstairs are significantly wider than those found outside, and the line seemed to be moving a lot quicker because of that. The theming in here is solid such as the pipes all throughout the ceiling that cast shadows onto the walls.This is also when riders are first told Captain McAllister’s tragic tale via multiple screens throughout the room. 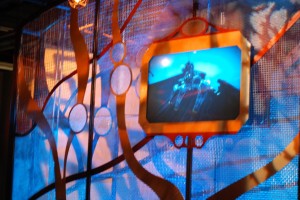 Riders then exit back outside where they approach the loading platform. After being handed a pair of 3D glasses, they are assigned a row in one of the ride vehicles. Once entered, the vehicle’s front half is pushed back into position to secure riders, as they begin their epic voyage. With glasses on, and freeze rays drawn, you are ready for your adventure to come. 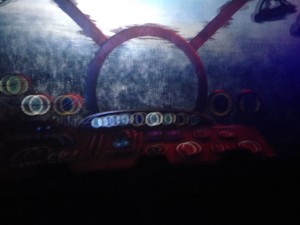 The first scene contains a large gear, and a voice over from the captain explaining that this is where his ship was taken. You then pass through a door and face a screen that shows your submarine descending into the depths, with another practical set of some gear-work behind you. After passing through some projection mist, riders find their first interactive screen in which many of the lower tier monsters appear only to be met by your freeze ray. More screens are passed through with a few more practical sets scattered throughout, as well as some hidden ‘Easter eggs’, such as the Roaring’ Twenties sign. 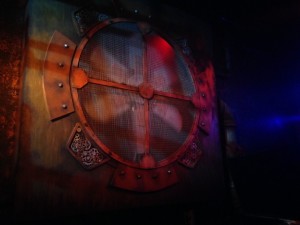 The practical sets are actually really cool. They aren’t themed to a degree that you would see on traditional dark rides, and they definitely aren’t the highest quality sets. BUT, they’re small and offer good quick transitions between the screens. Which is all there’s really need for anyways, since the screens are the main aspect of the ride. Halfway through the ride, riders have a quick encounter with the Kraken before coming up to a break in the action, a straight tunnel of glowing arches. This is about 25 seconds of no screens. This is the only area where we wished to have seen a bit more theming.

After passing a practical ship wreck set, the Kraken appears once again, before it is thwarted off once more and you begin to sink through the shipwreck, narrowly avoiding nearby chomping doors. At the end of this sequence, you reach the layer of the Kraken Queen! The final fight takes place on a much more curved screen making for an even more immersive experience. Once you have bombarded her with your freeze rays, she is defeated and you return to the surface where your score and photo is displayed. 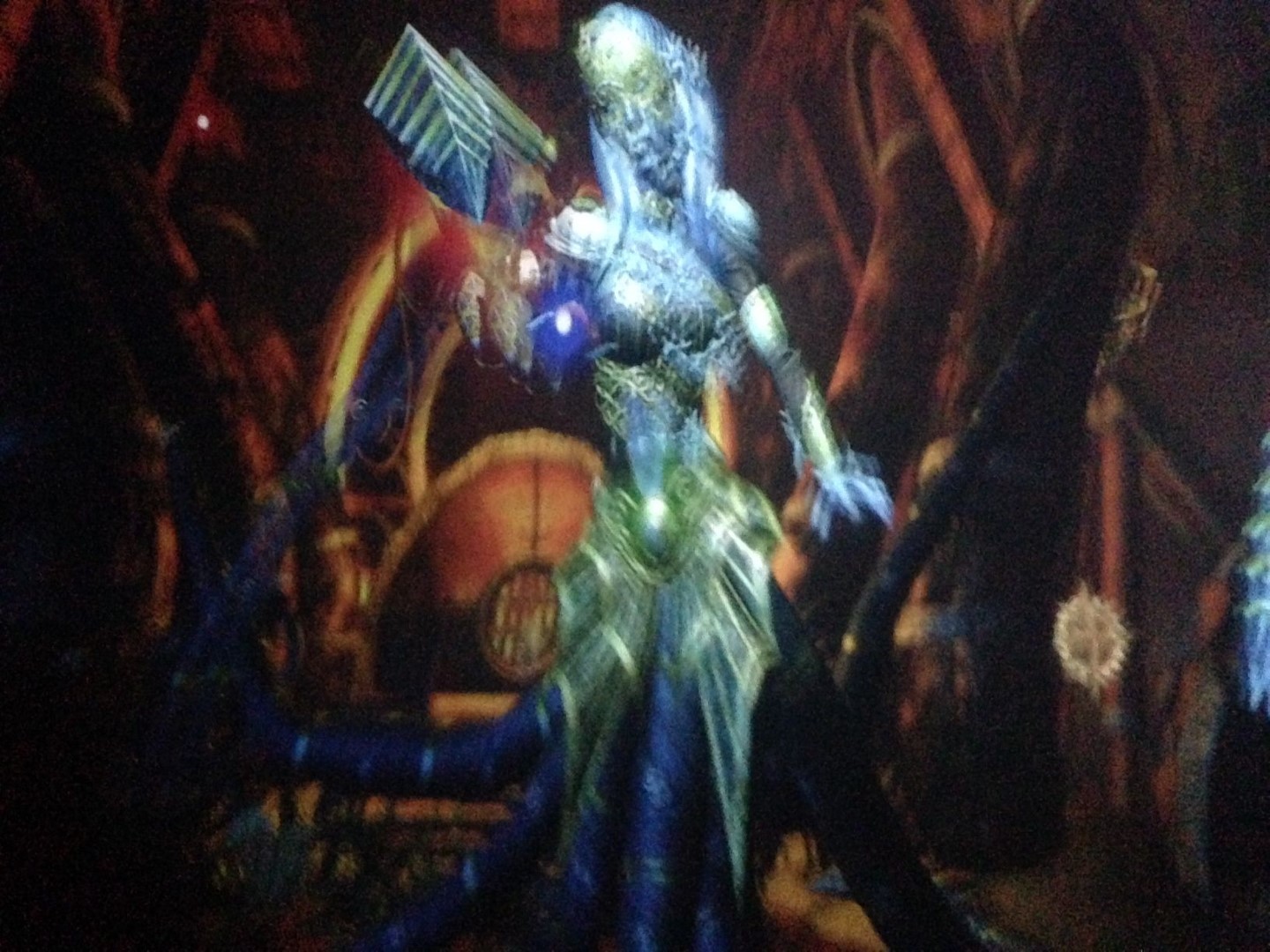 Now you kind of have a sense of what the ride is like, let’s discuss the quality of the screen displays on the ride. The 3D quality blew us away. I can’t believe we’re stating this, but the quality and resolution were so high, and worked out with the 3D glasses so well, we think it was similar (if not better) quality as Transformers The Ride 3D at Universal Studios Hollywood. In addition, the shooting aspect worked out very well, though it gets a bit tiring (physically), it was action filled. At one point we didn’t know where to shoot, the experience is very immersive and has that ‘in your face’ effect. 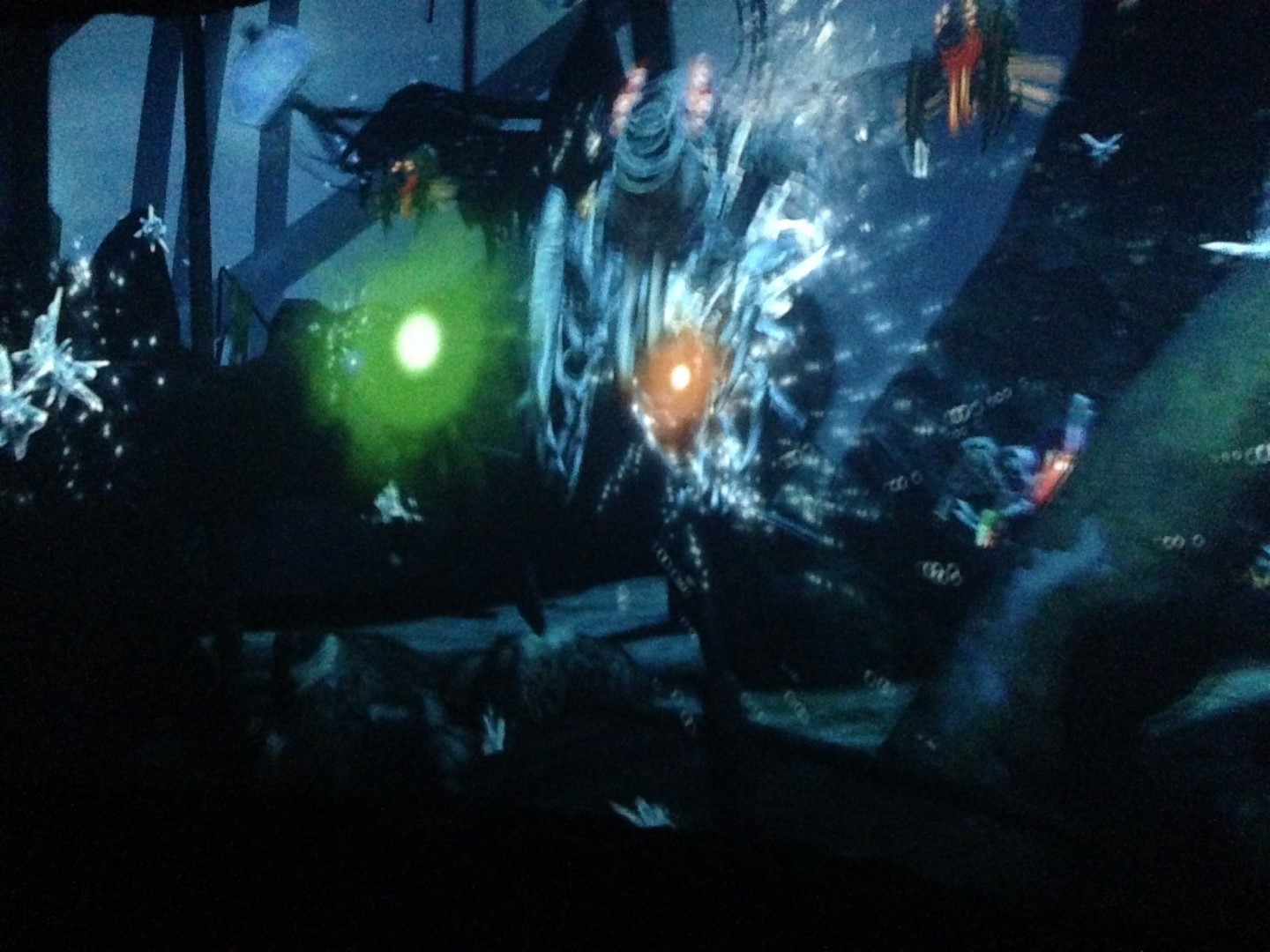 There are similar rides out there, look at nearby Disneyland Resort for example, where the Disney California Adventure Park has a similar ride themed to boardwalk games, called Toy Story Midway Mania. But, that theme they use there is very common. The steampunk theme Knott’s Berry Farm went with is very unique. In addition, they created an original plot line that applies to the park and its history. Thus creating an experience riders can’t find elsewhere. 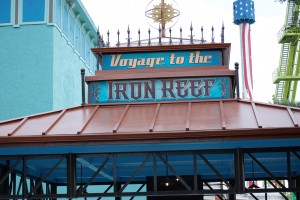 We really enjoyed this ride all around. Although many expectations were not very high due to a less than resounding hooray to Wonder Mountain’s Guardian at Canada’s Wonderland which was built by the same company, this ride is great. The high definition 3D screens and the respective interactive shooting blend well with the practical sets scattered throughout the ride to provide a very fun, balanced, and immersive ride. The story is simple yet gripping, and it’s originality is also evident in the design of the steampunky monsters that are fought during the ride, which is very unique and cool. Minors flaws such as the visibility of some projectors are in the end irrelevant and more than made up for in the rest of the ride. Overall, this ride will be a blast (No pun intended) for those of all ages, and is a great addition to a great park!

For you’re enjoyment be aware of the following:

Have you experienced it yet? What do you think? Comment below and let us know!

Make sure to check out our Media Day Report here! And our most recent Knott’s Berry Farm Update can be found here!