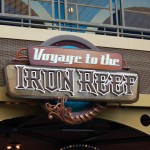 We were very thankful to be invited to the official media day event for Knott’s Berry Farm’s newest attraction, Voyage to the Iron Reef. Voyage to the Iron Reef is an interactive 4D dark ride manufactured by the TrioTech, and we honestly really enjoyed it! The event was spectacular and the ride itself far exceeded our expectations as well. The ride officially opened today, on May 15th, but annual pass holders were able to ride during parks hours on the same day as the event, the 13th.

Immediately upon entering the park at 8:00 am (Two hours before the park opens), the Iron Reef vibe was apparent. Banners are hung all over the light-posts in the area, promoting the ride with some pretty cool art on them. The nearby theater also had up an Iron Reef display. 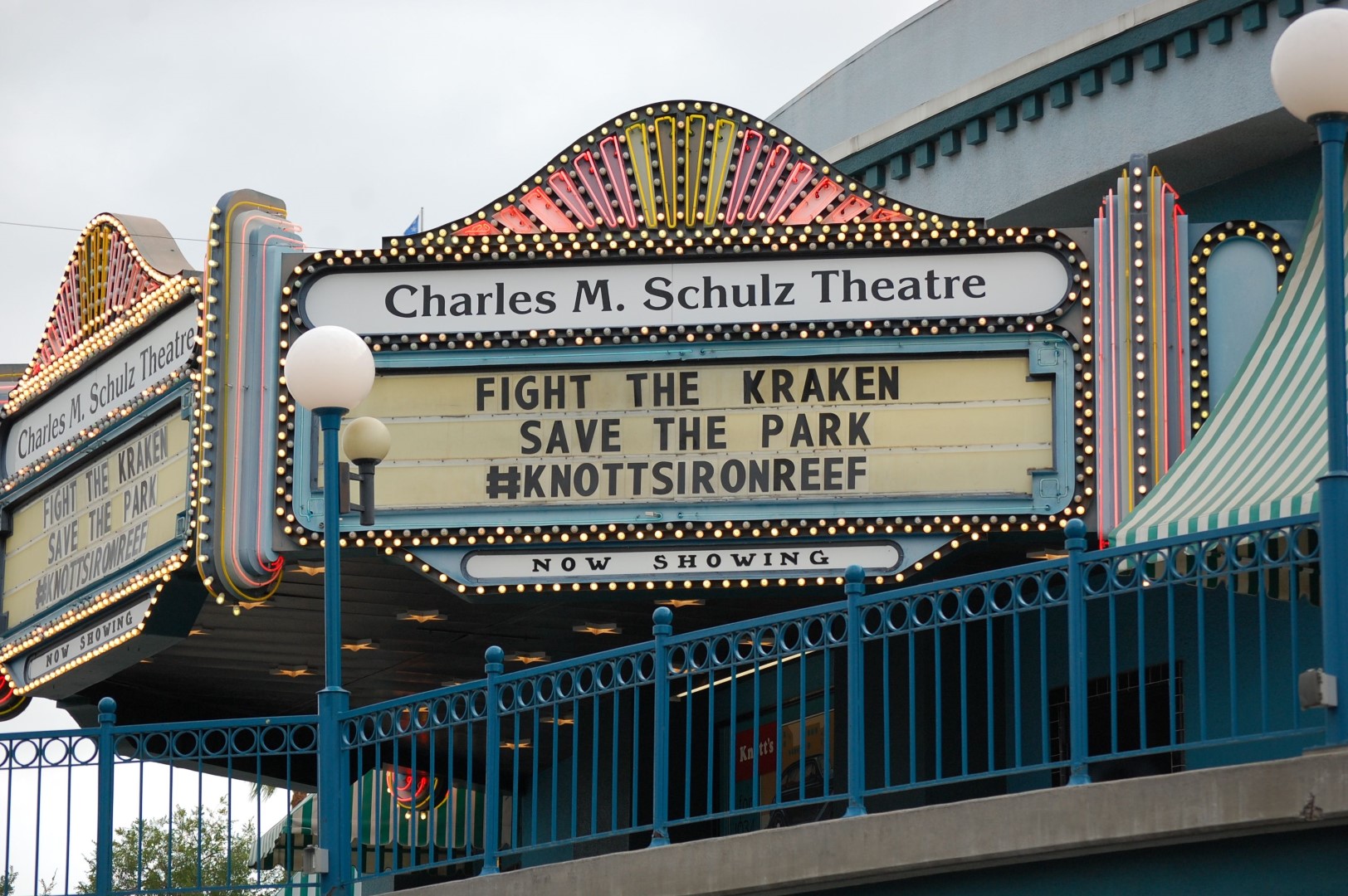 Prior to the grand opening of the ride, we were treated to a delicious continental breakfast as well as complimentary drinks. 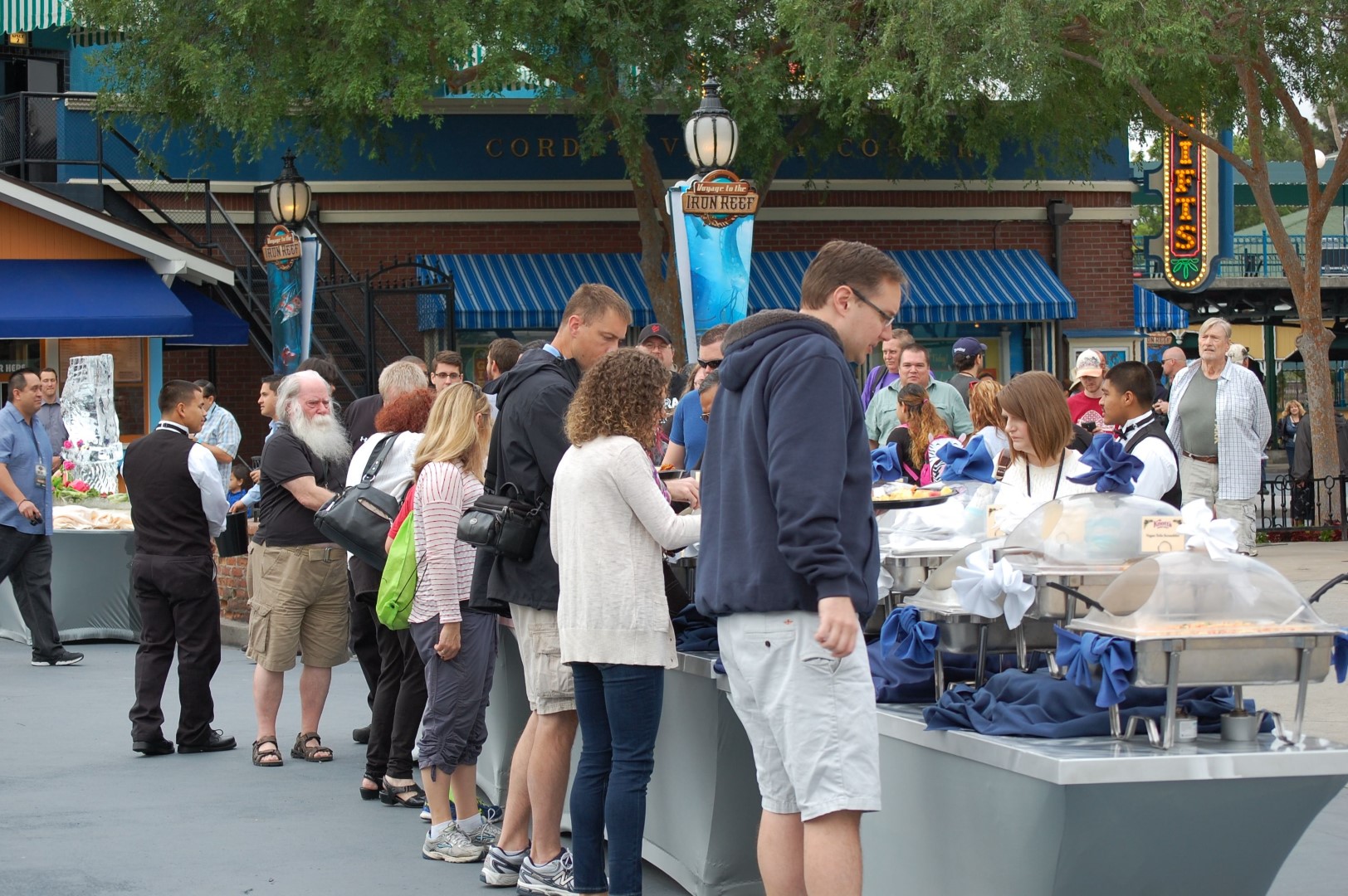 You know it’s a great event when there’s an Ice Sculpture! 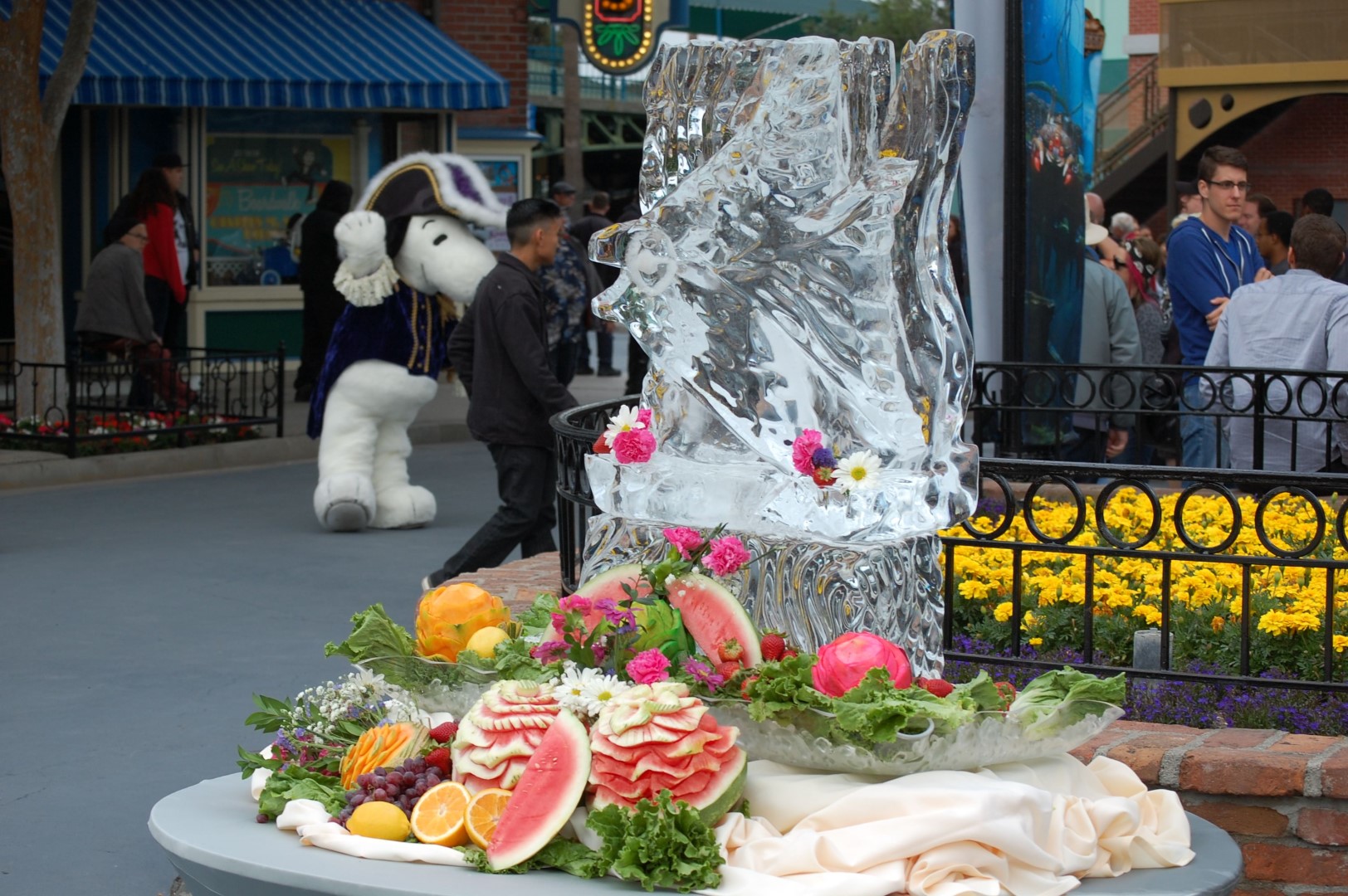 At 8:30, the event officially began and we were welcomed by Jason Soyster, Knott’s Director of Communications. 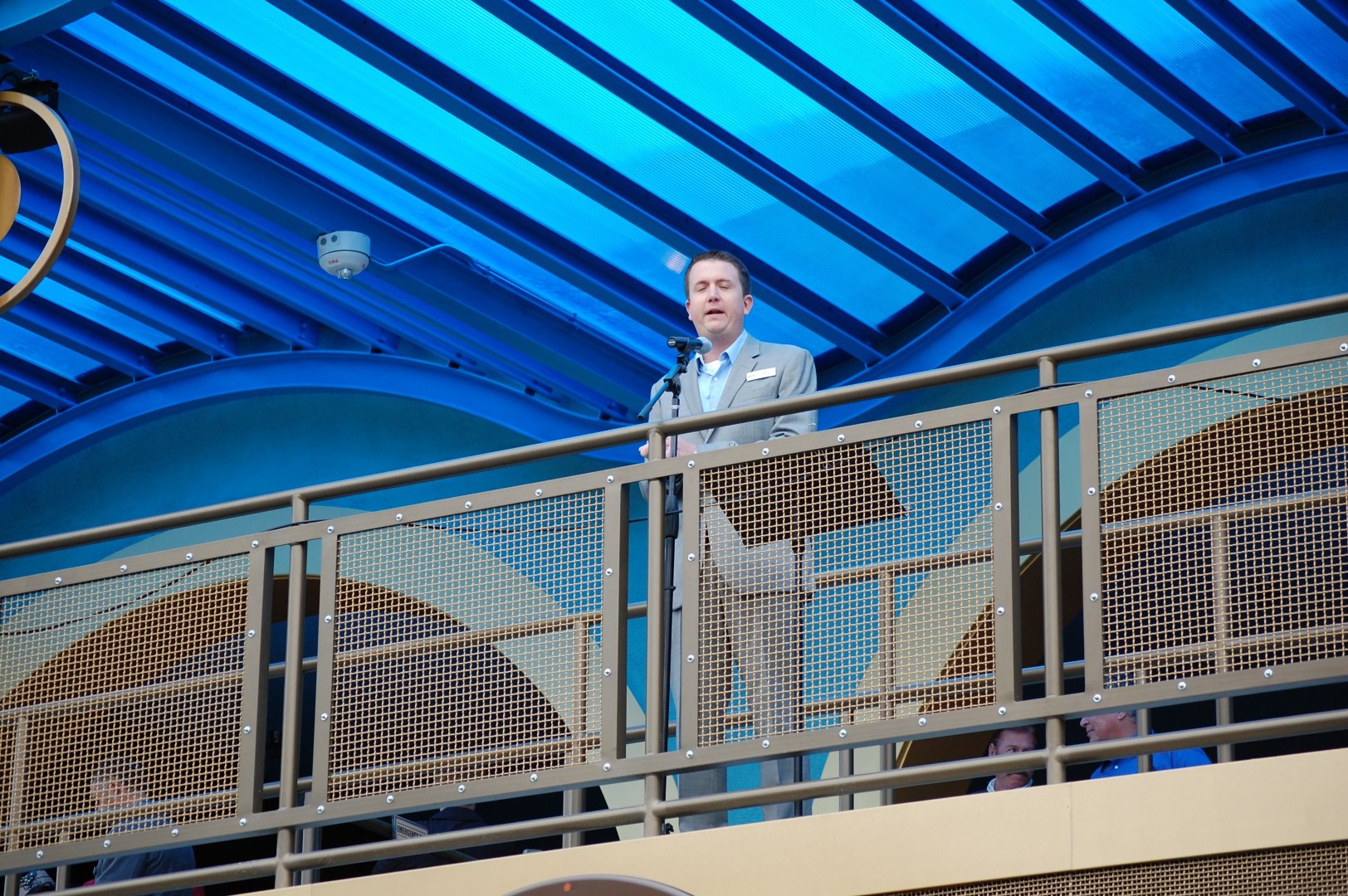 We were then greeted by the park’s Vice President and General manager, Raffi Kapreylan. Bob Gurr, a legend and former Imagineer at Disney was next up. We were all very happily surprised by his appearance, which made it all the more exciting. 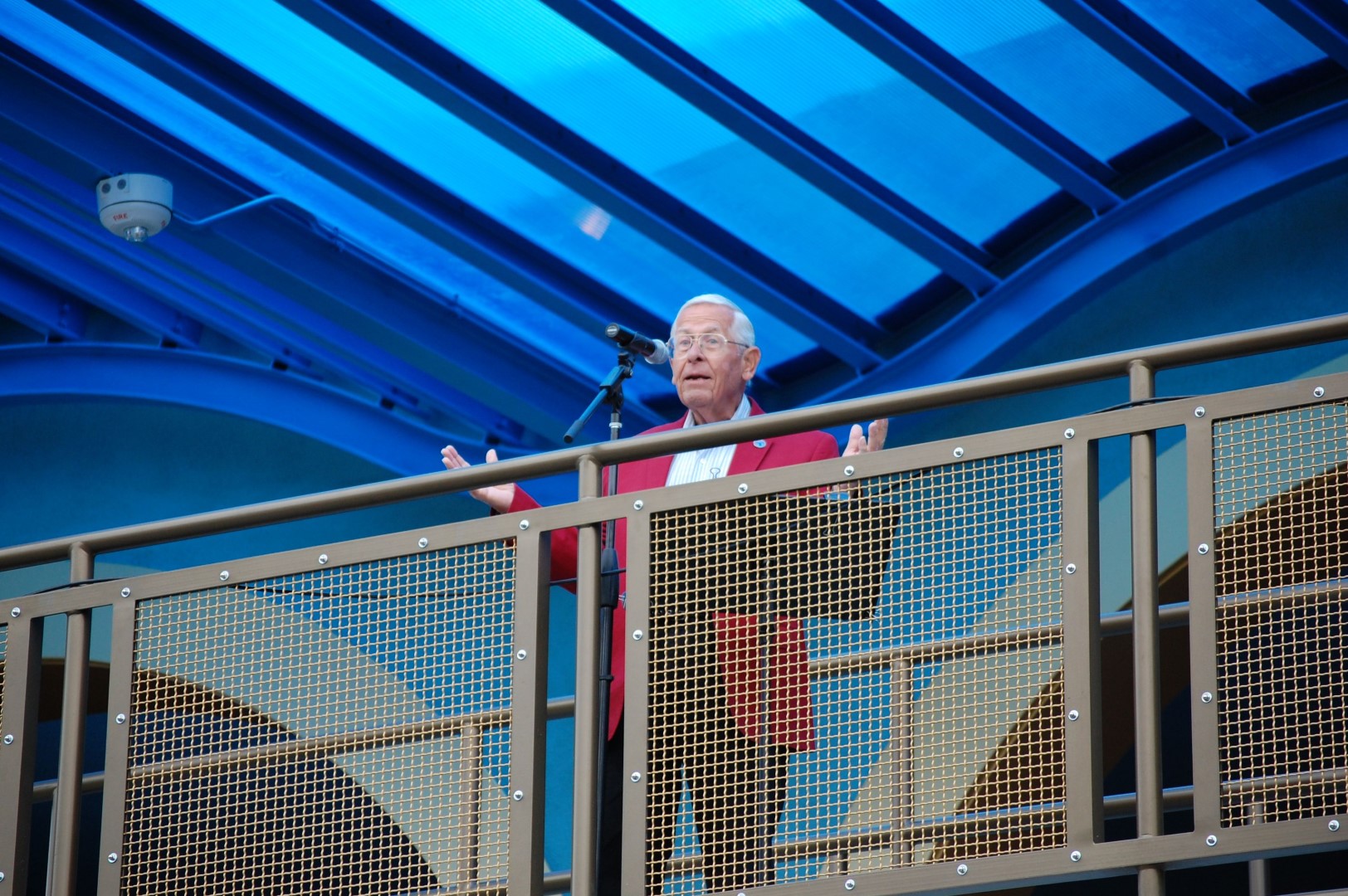 Lastly, Captain Mcallister gave an excellent pump up speech, and invited us to come save the park from the malevolent Kraken Queen! 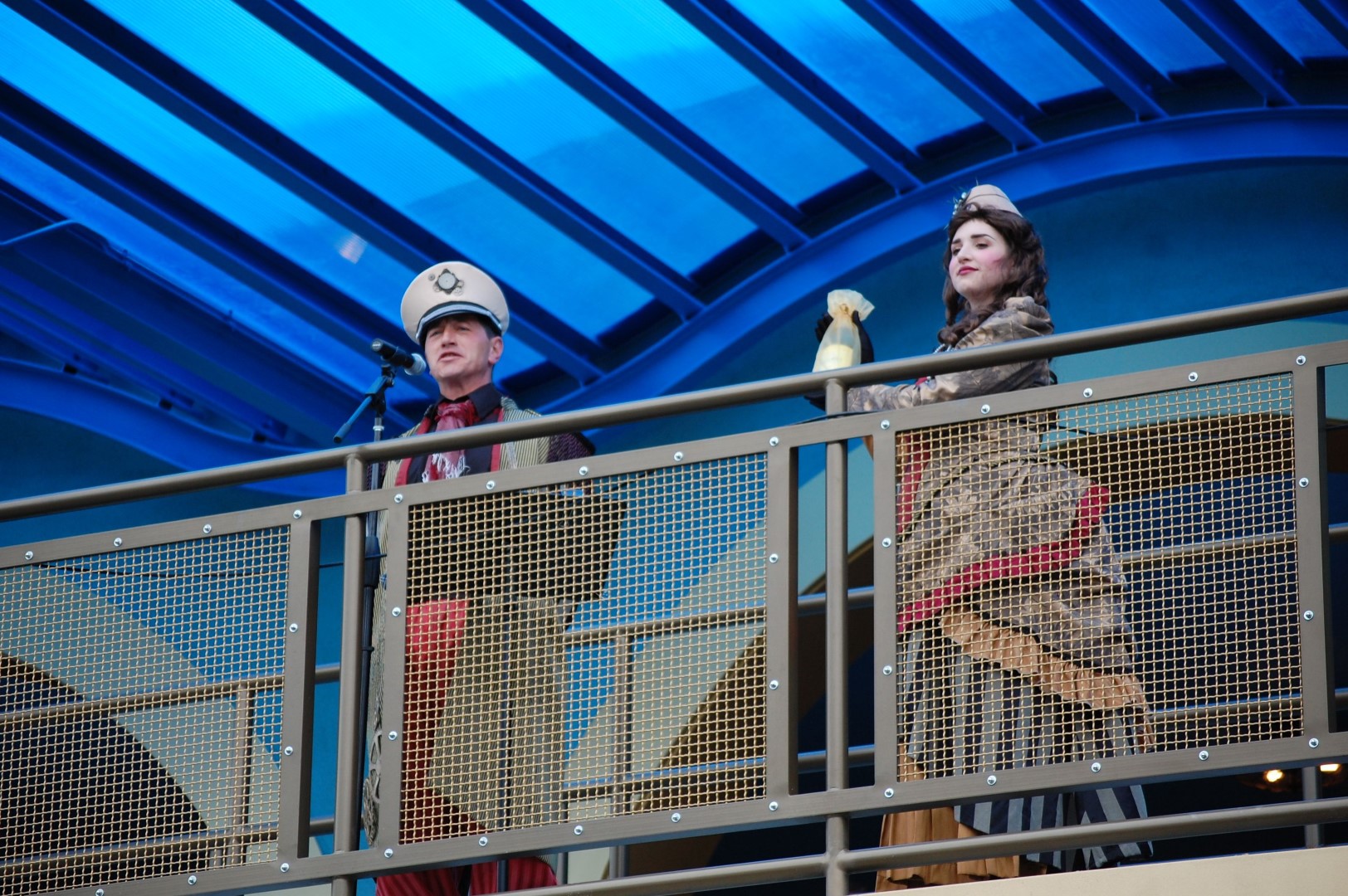 A champagne bottle was broken, a huge burst of confetti and streamers went off,  and we followed him and his steampunky crew to enter the ride! 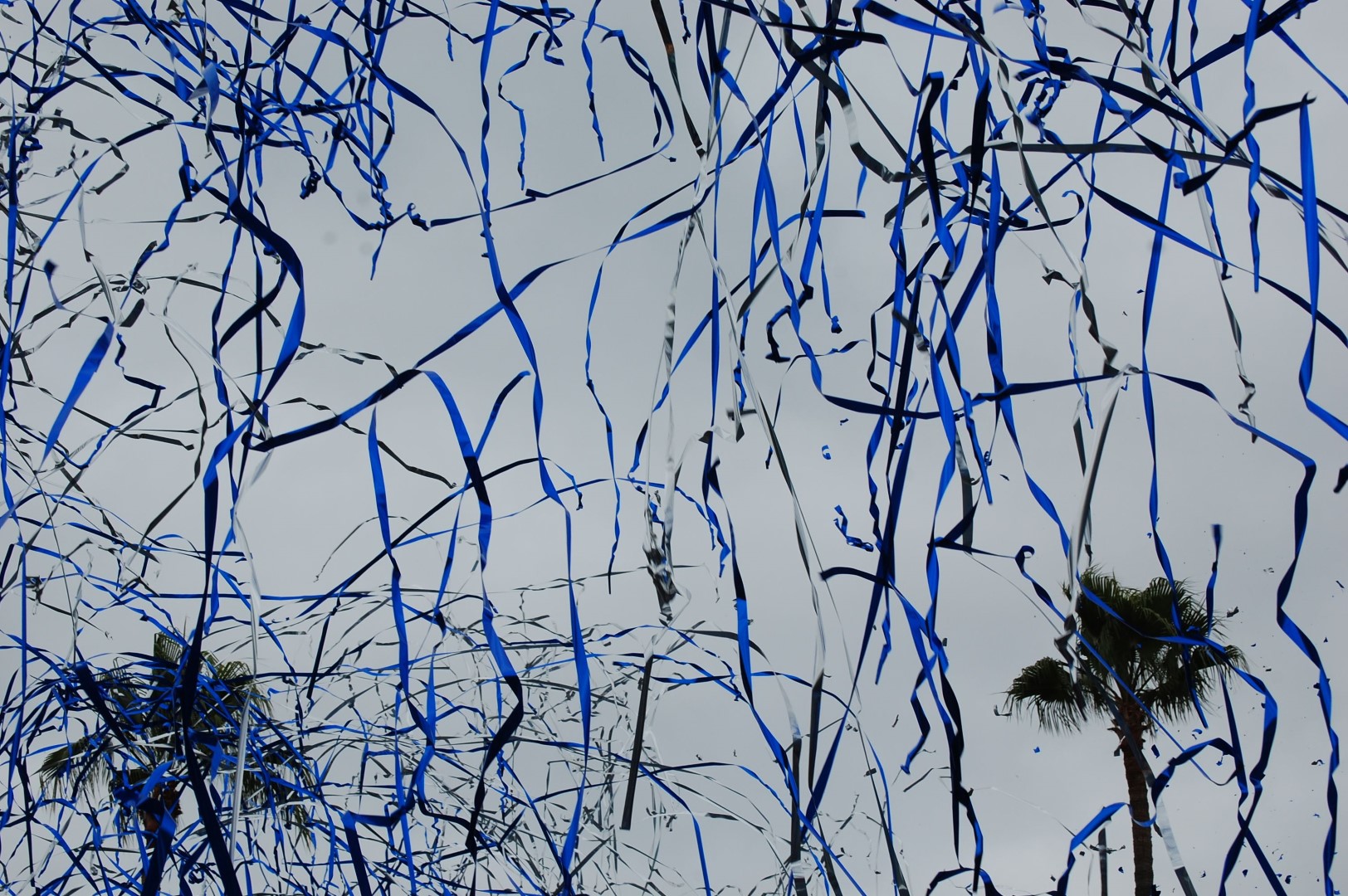 Just as a quick side note, the Captain and his crew looked fantastic. The steam-punk costumes were very well done. 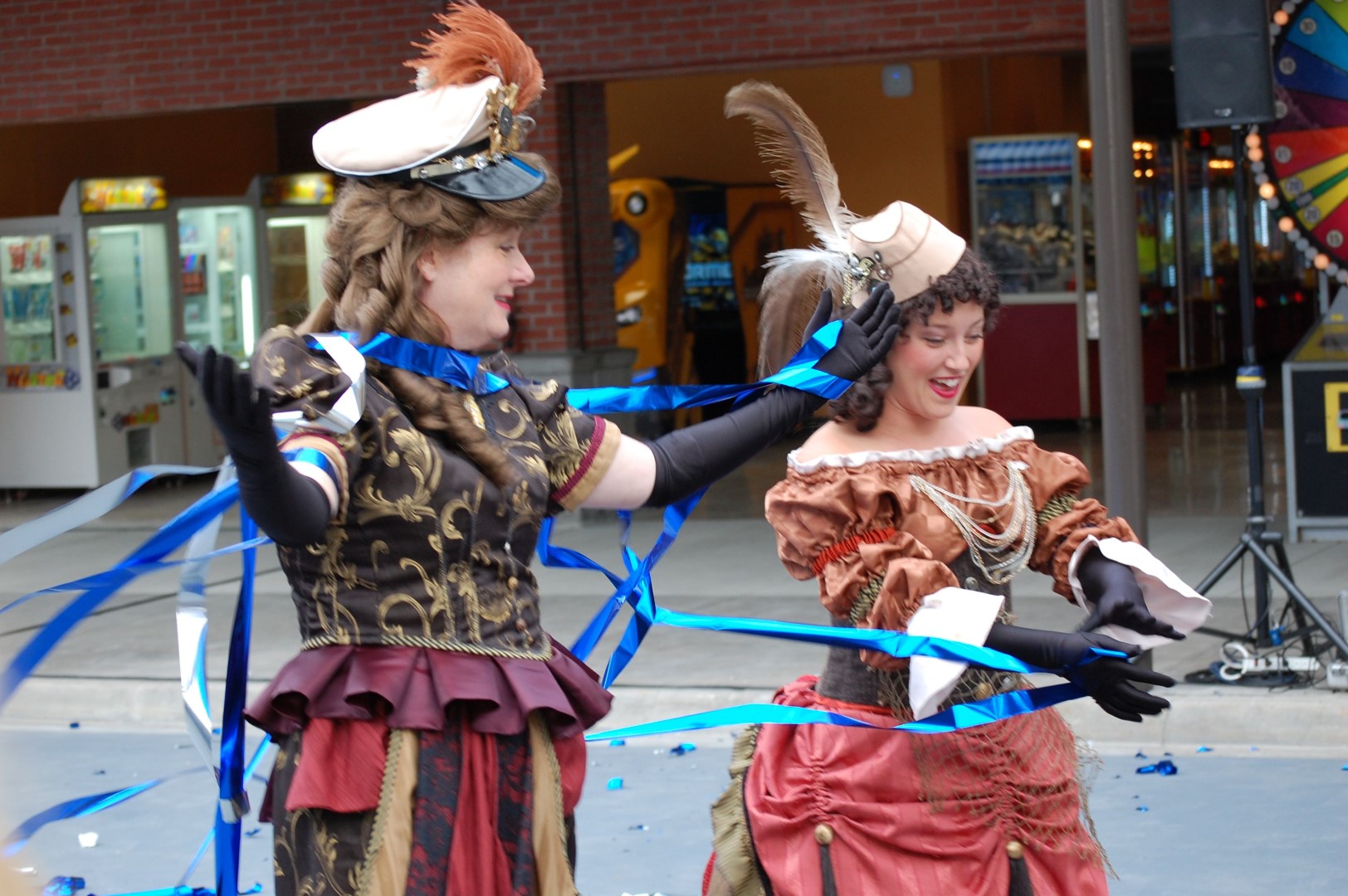 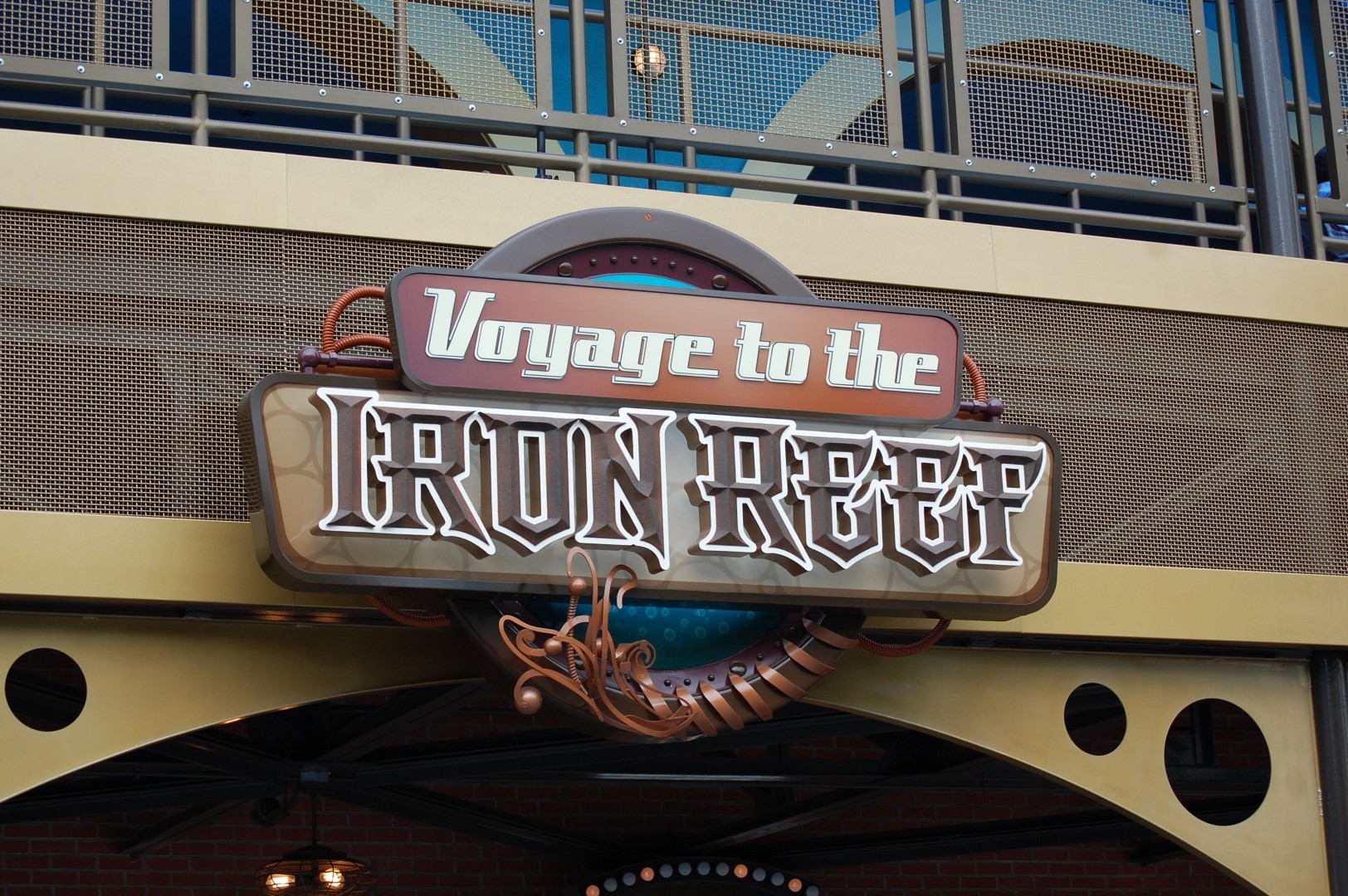 The queue consists of a large set of switchbacks outside on the ground floor. 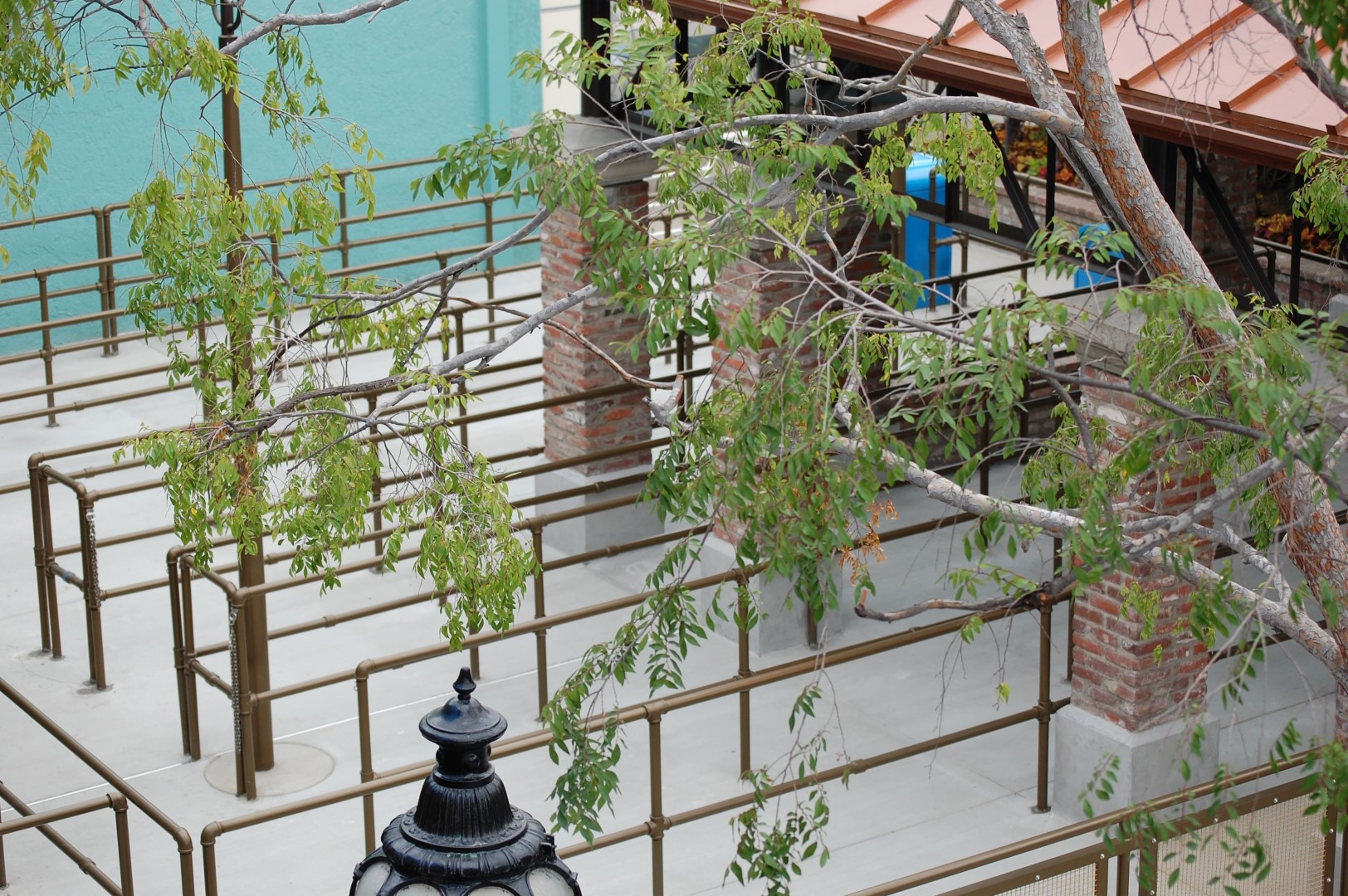 After some stairs, there are more switchbacks inside the building upstairs. 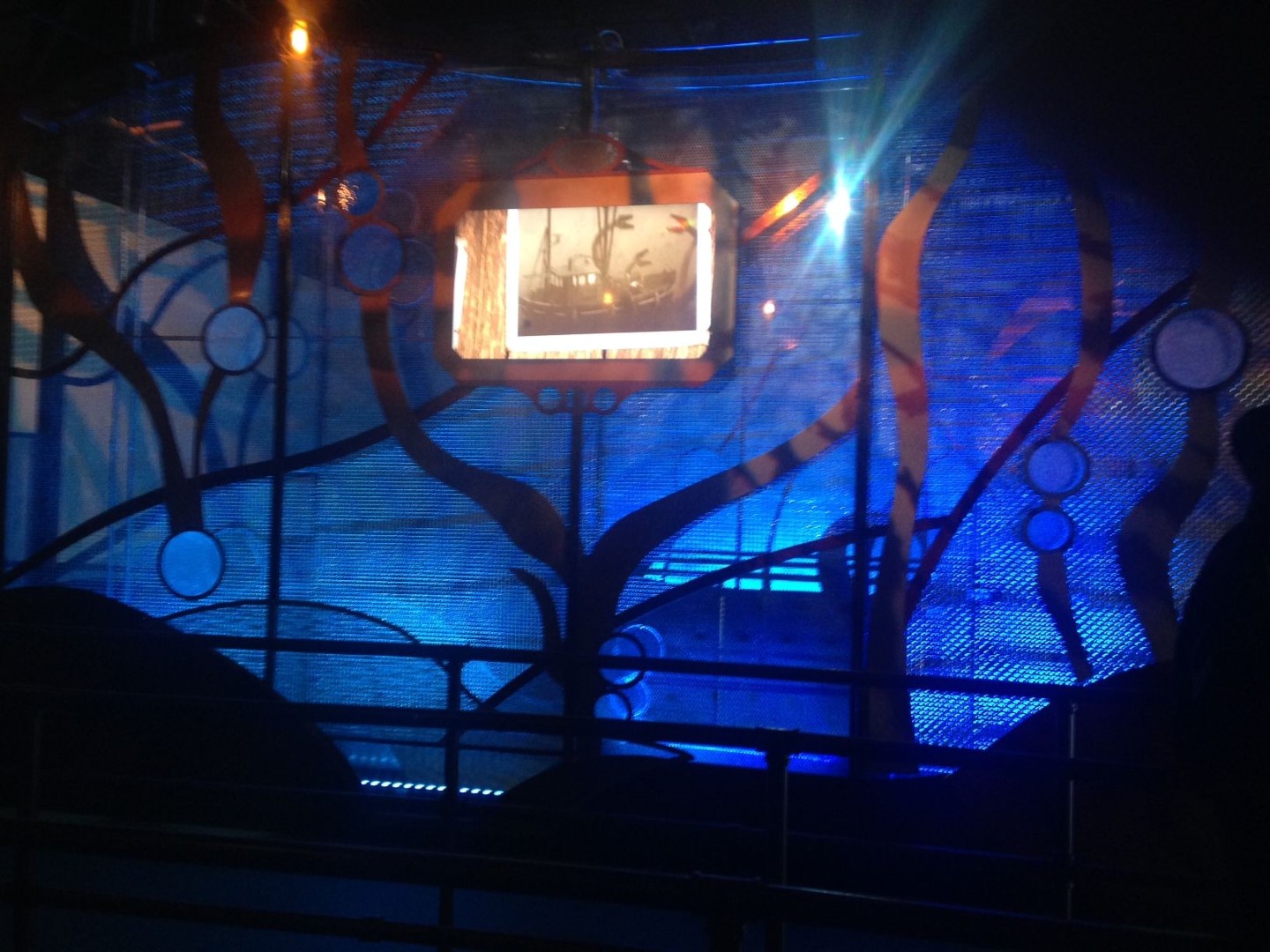 The indoor section is air conditioned, and very well themed. There are lots of cool displays as well as pipes. The pipes cast a very cool shadow on the walls, which only adds to the steam-punk theme. 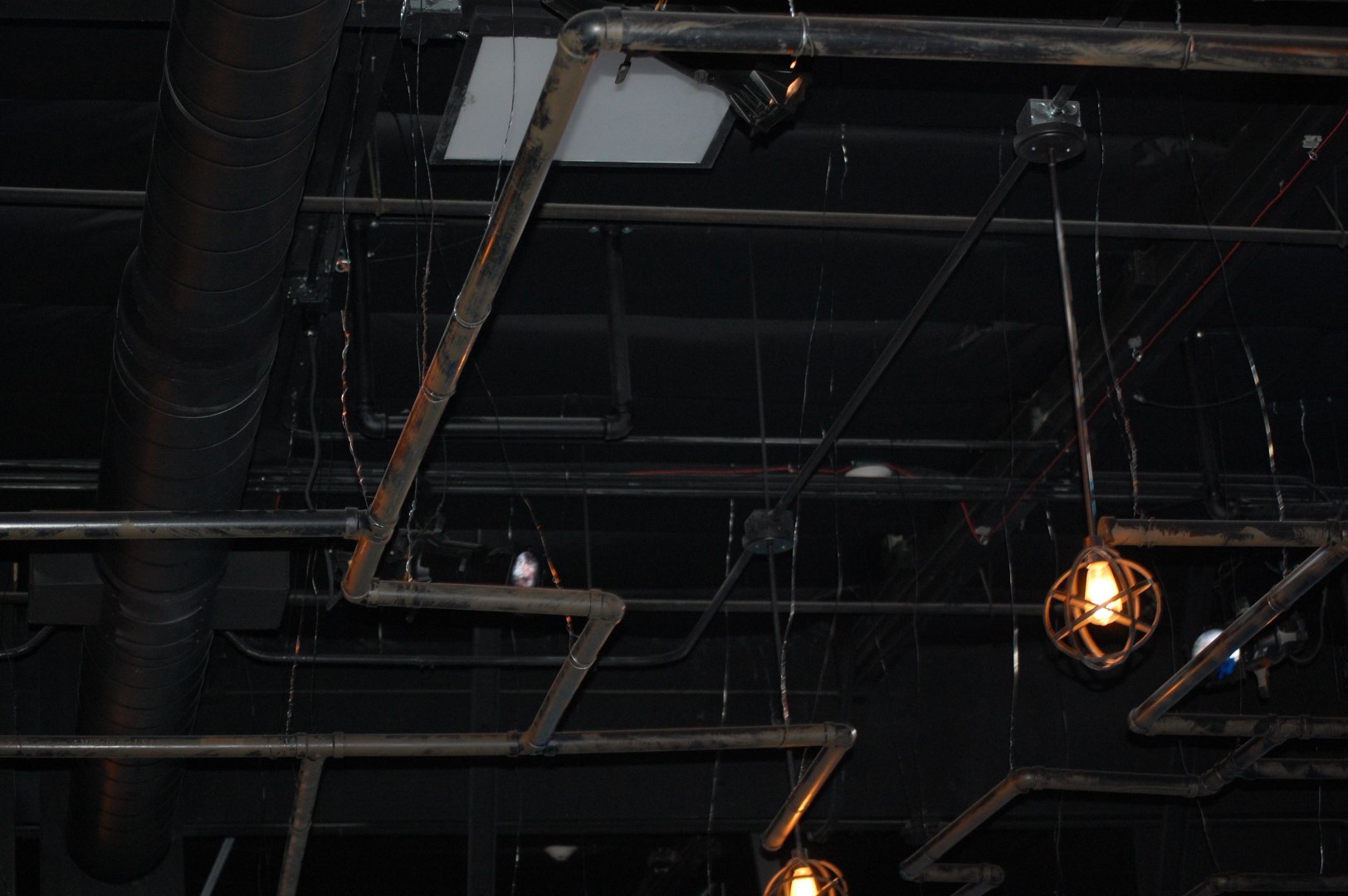 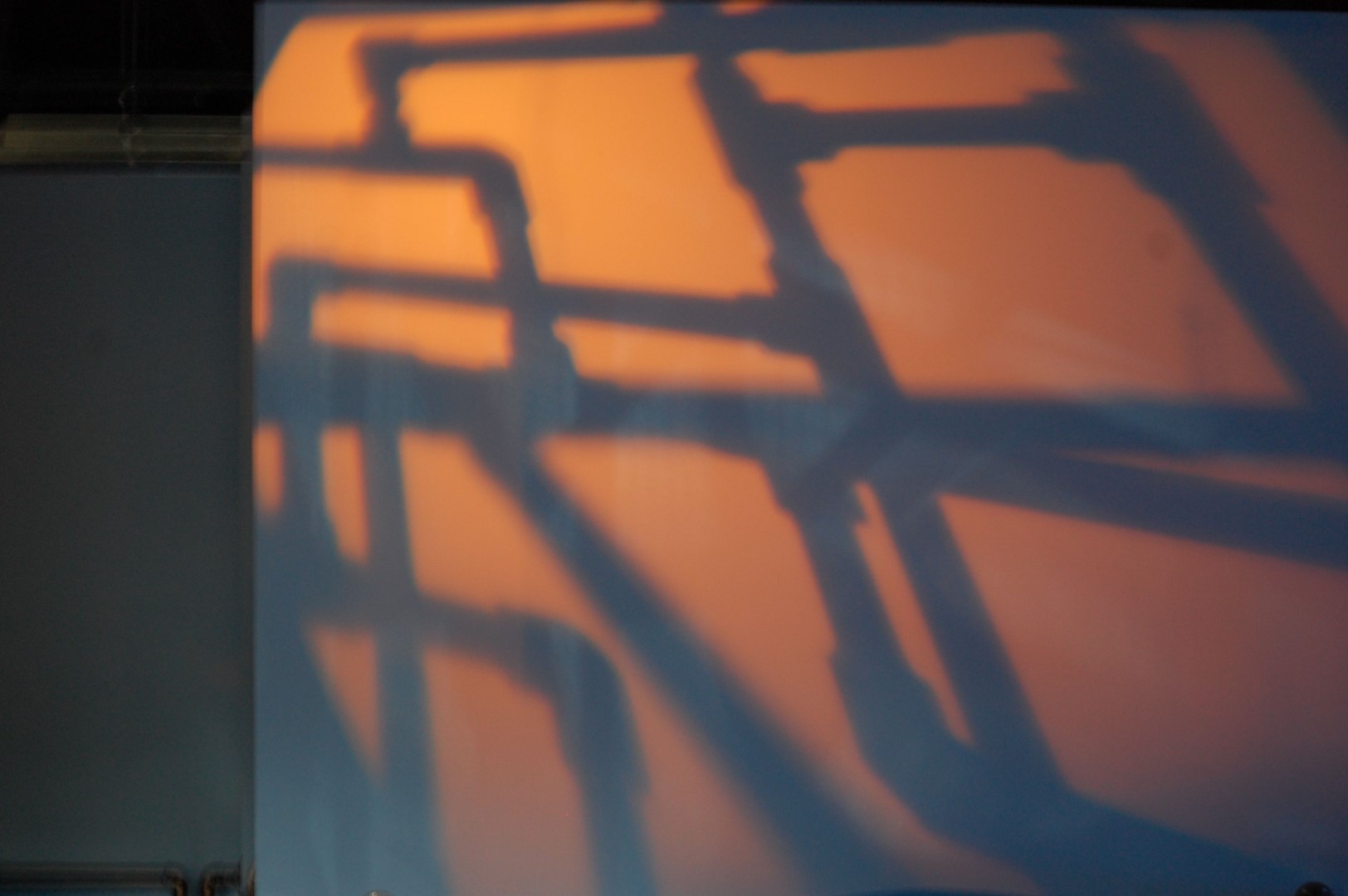 There are also quite a few monitors throughout the room where the pre-show is displayed that help gives context to the ride and its plot. 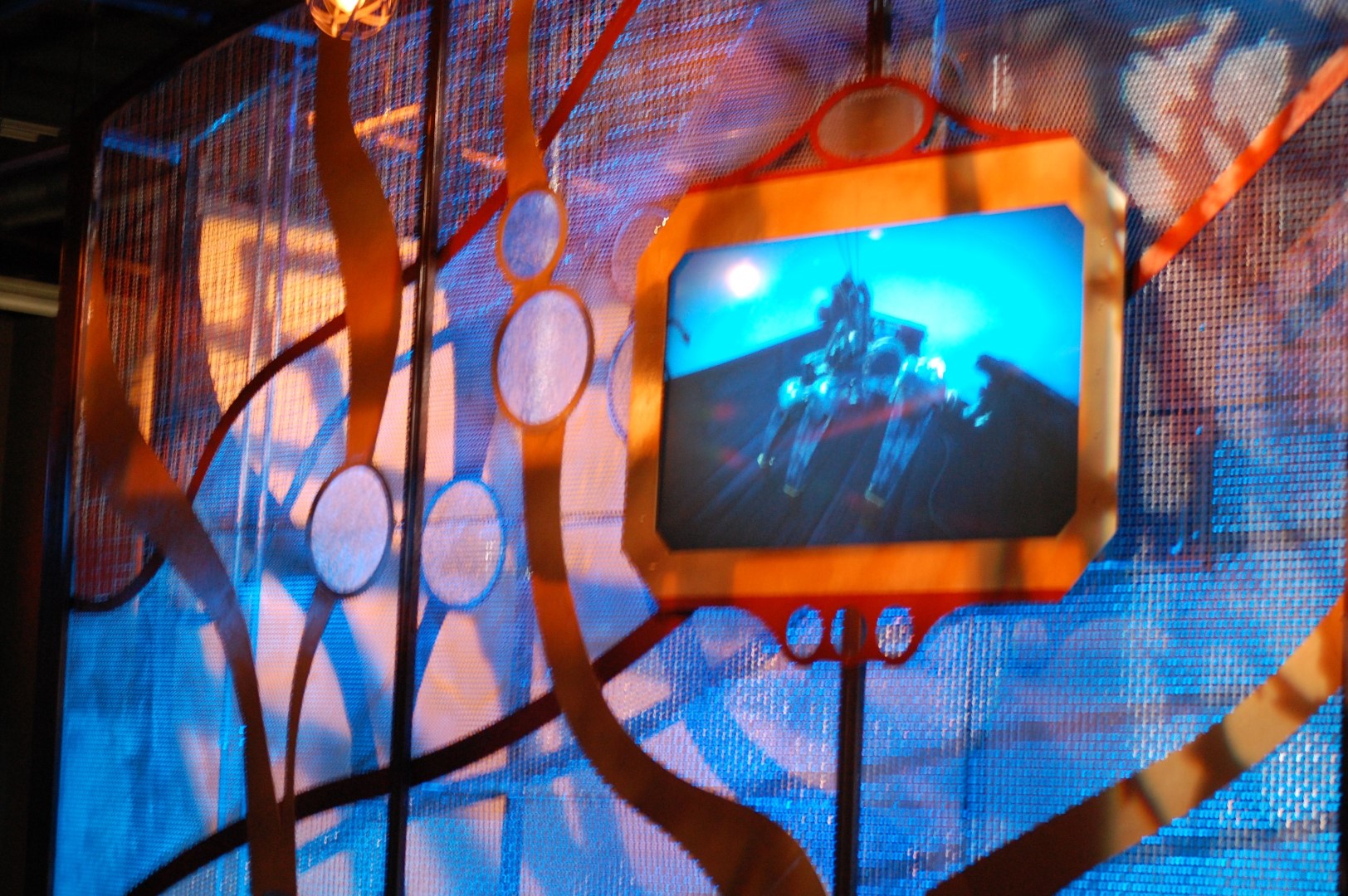 You then enter a quick outdoor section where you will receive your 3D glasses before boarding the ride vehicles. 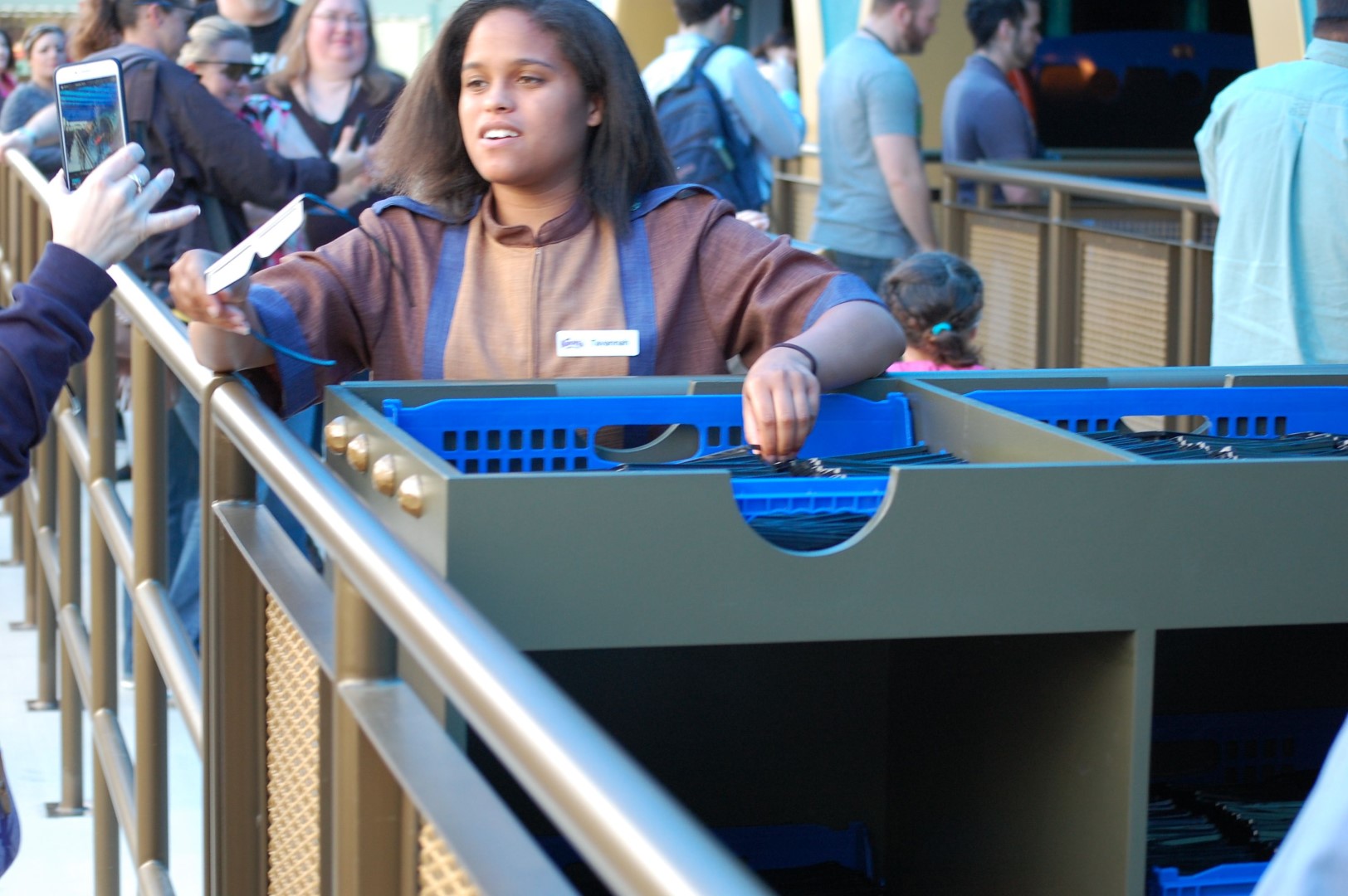 As far as the ride is concerned, many people with ourselves included didn’t really know what to expect. It’s older cousin, Wonder Mountain’s Guardian at Canada’s Wonderland received generally poor reviews. It is however, a very good ride. The addition of the practical sets in between screens really help it feel more fluid and immersive. The screens themselves (total of eleven) have solid graphics as well and the 3D gimmicks are enjoyable. The interactive element with the shooting is of course fun, and adds a competitive element to it to keep you interested. There are also quite a few Easter eggs hidden throughout, that are fun to look out for and will be sure to entertain hard-core fans of the park. 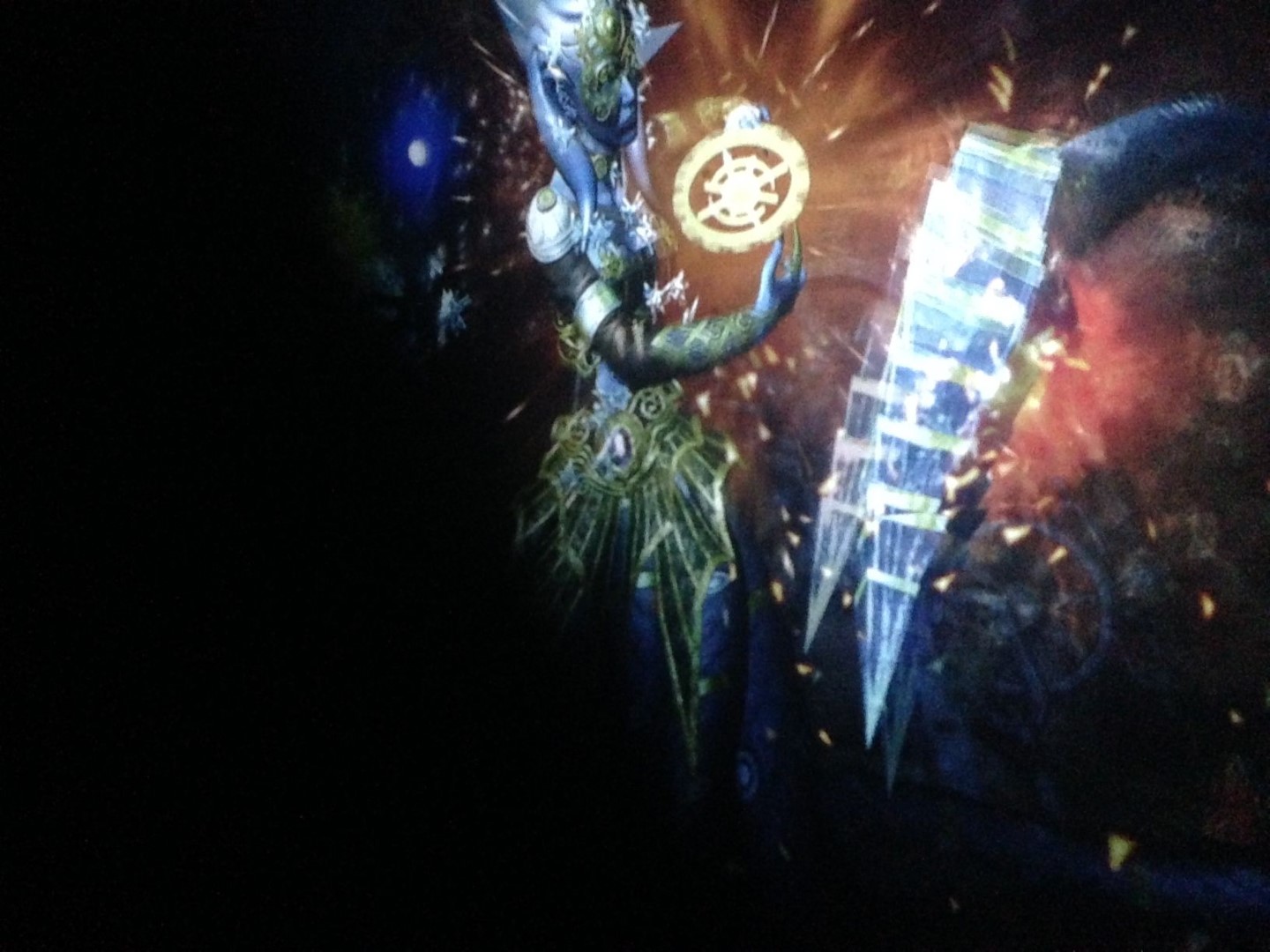 At the end of the ride, guests’ on ride photo is displayed along with their score and the total number of medallions they collected. 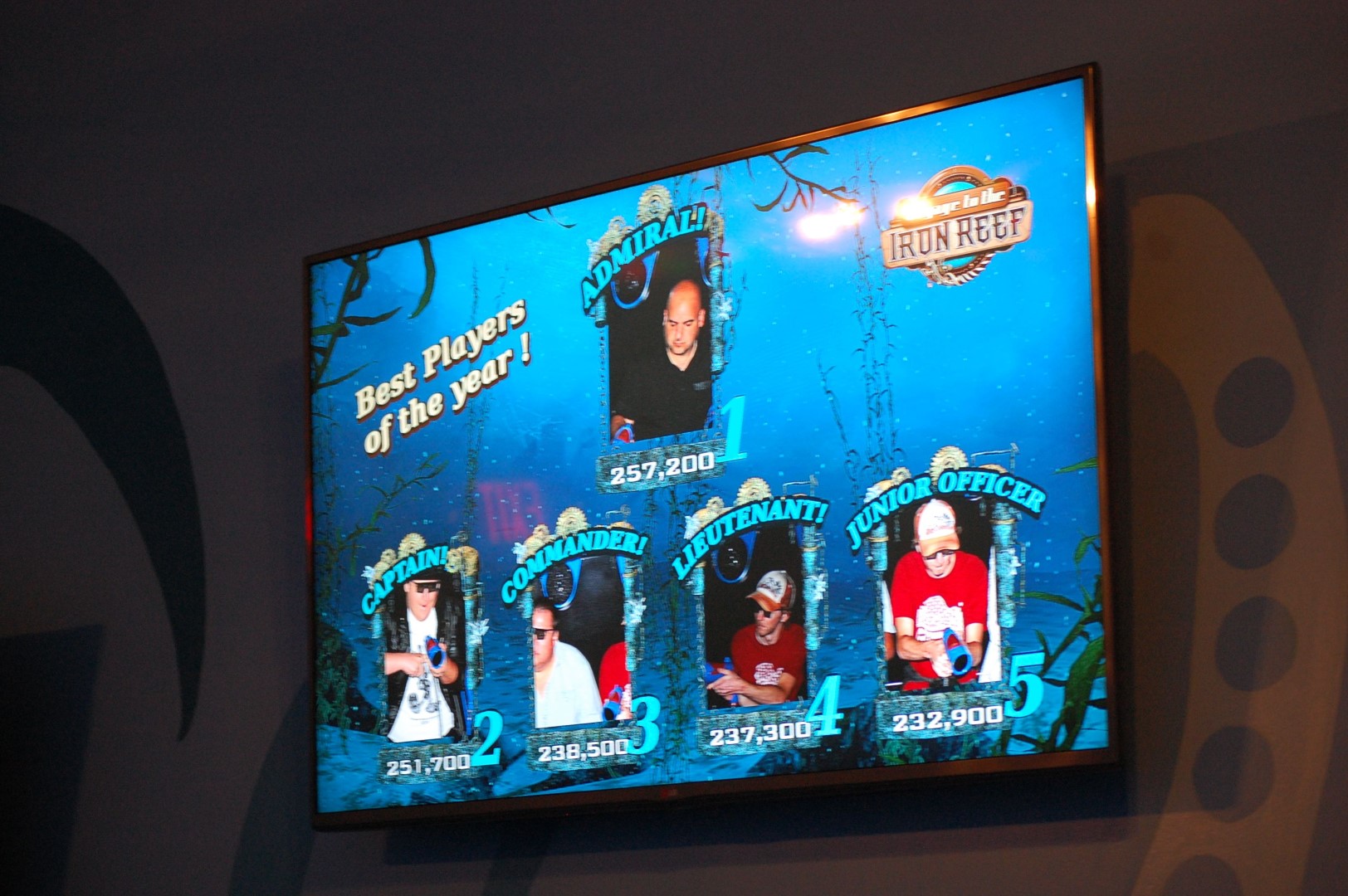 Of course, on any good ride you must exit through the gift shop and iron Reef is no exception. Nautilus, has a lot of very cool and of course steampunky merchandise. 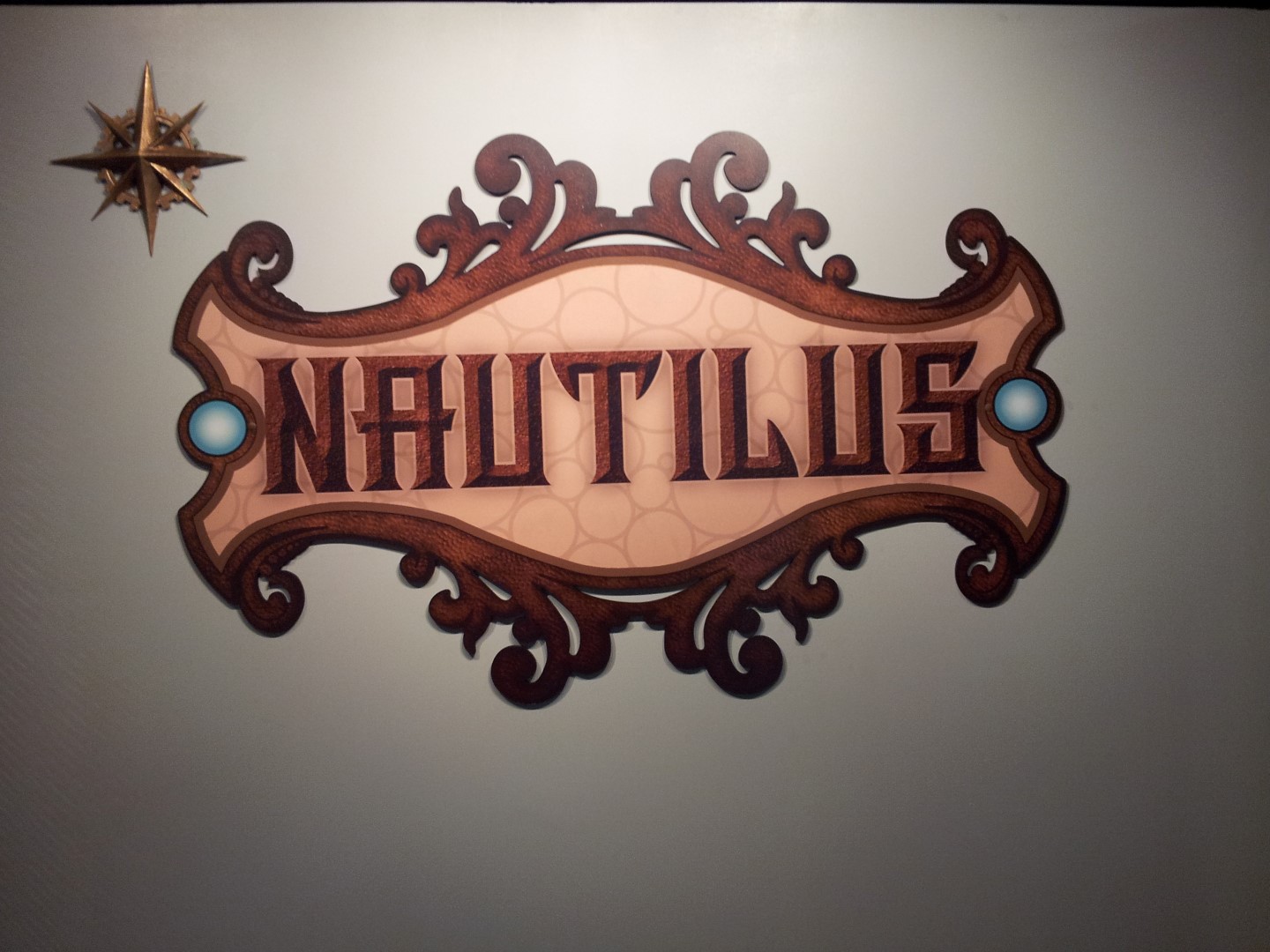 Most impressive, there is a large Iron Reef display in the middle of the shop that is quite cool and detailed, which features some of the mechanical beasts from the ride. Speaking of, as a quick side note, the design of said creatures is great. 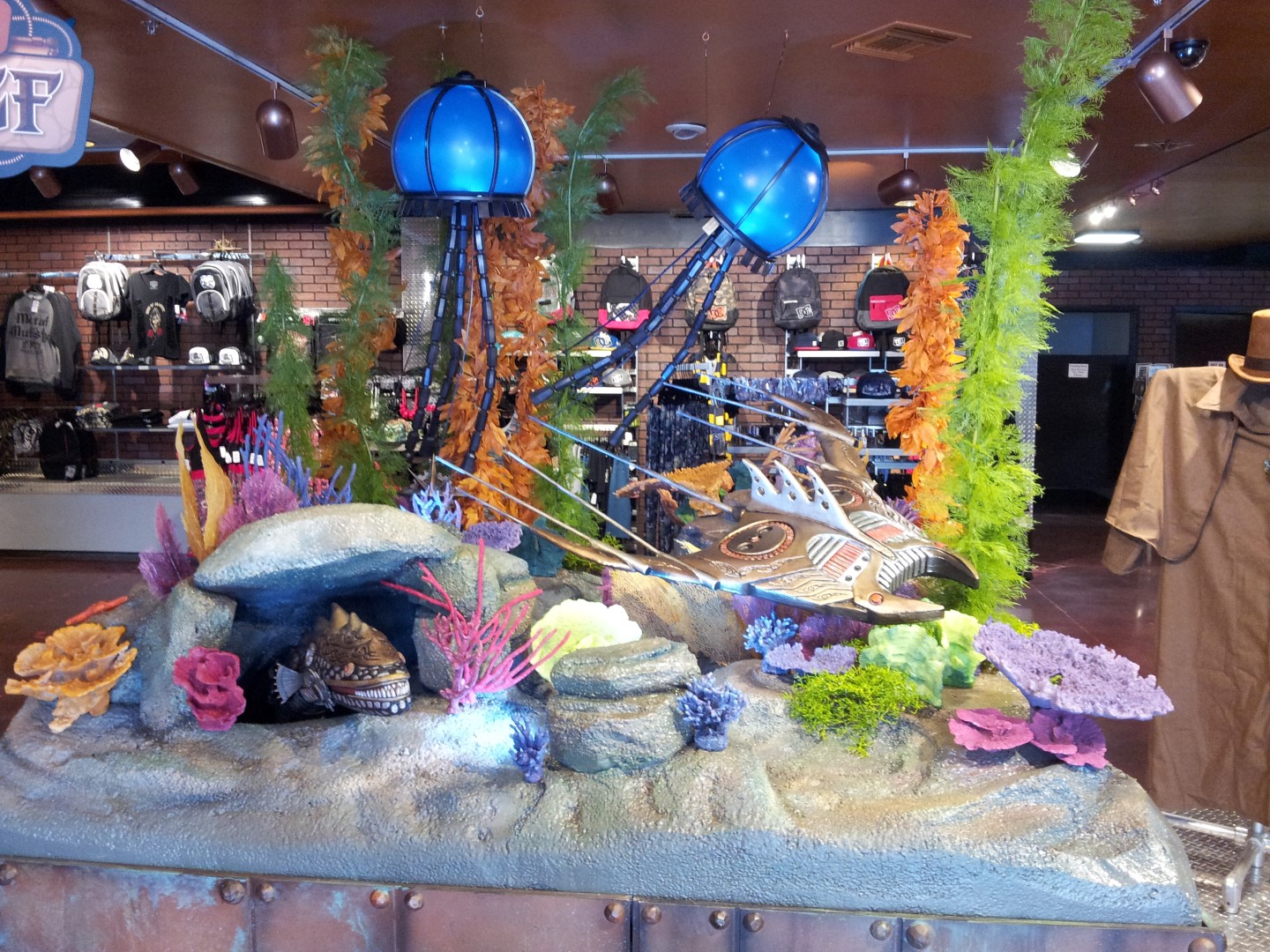 We also had exclusive ride time on all of the boardwalk attractions which we thoroughly enjoyed, Xcelerator with no line results in us marathoning it. :p 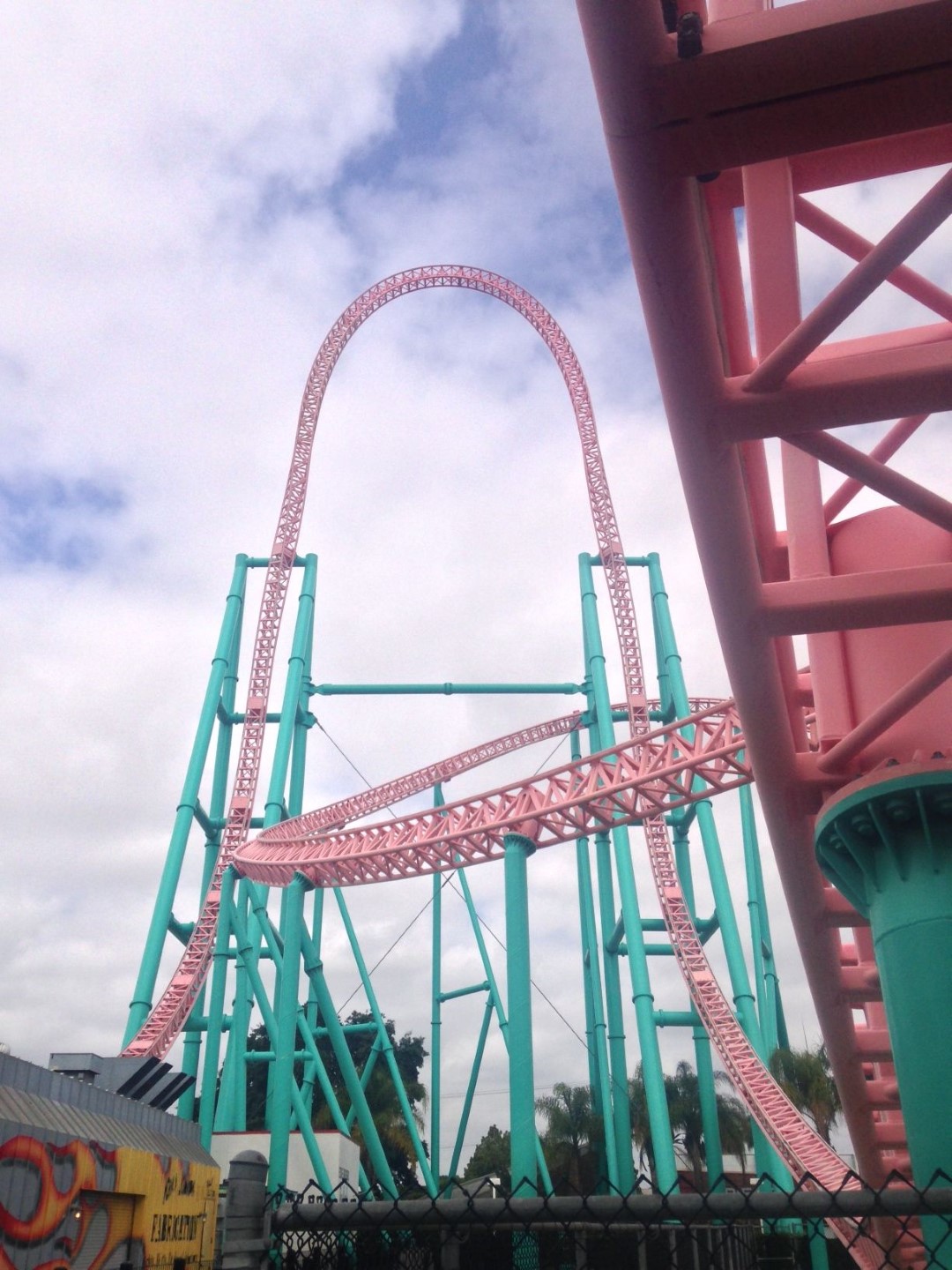 Throughout the rest of the day, we were also allowed to return to the ride through the Fast Lane entrance, rather than waiting in the normal queue as the pass-holders did. 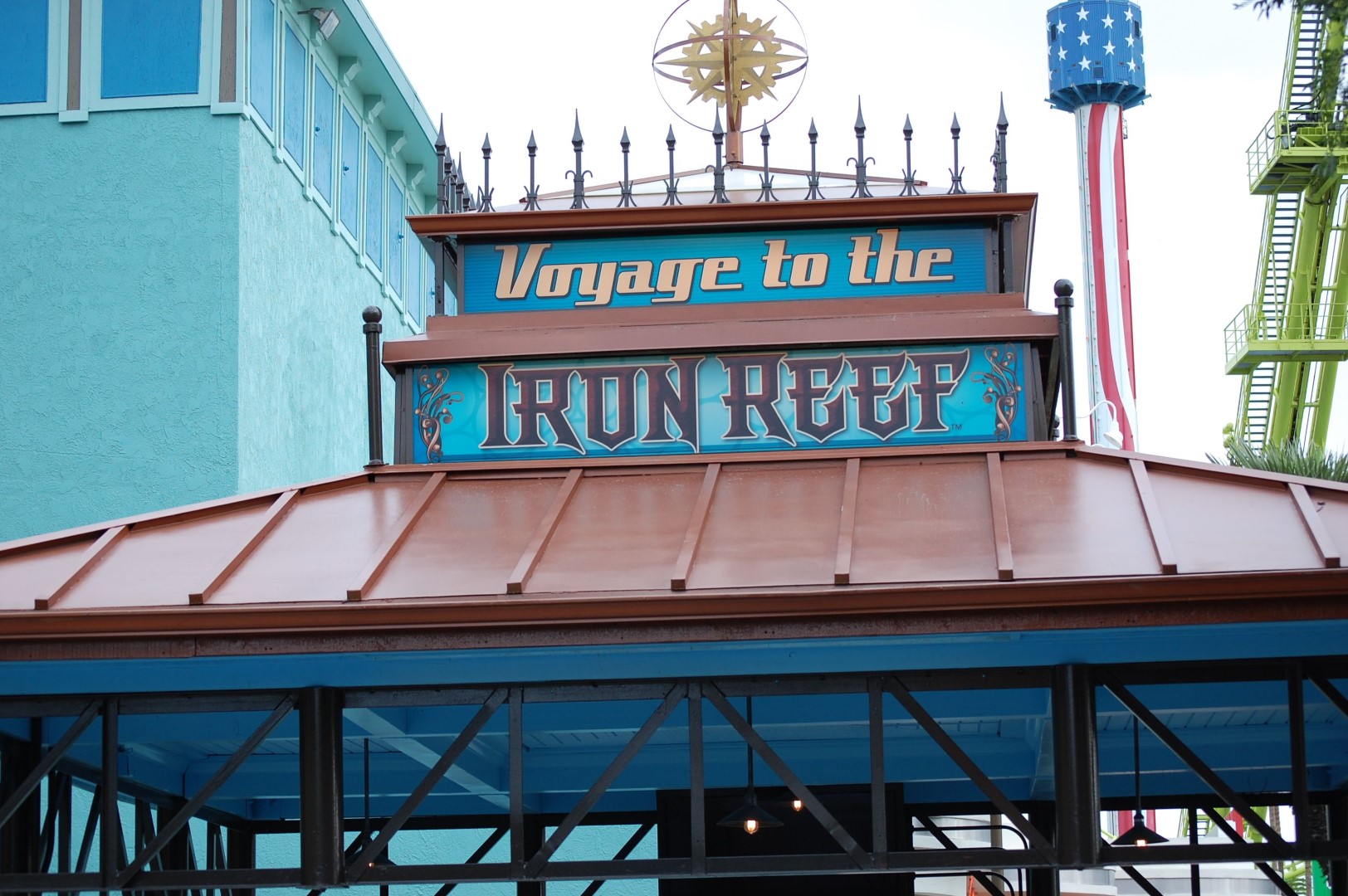 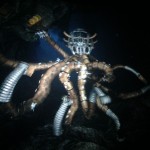 We’d like to once again say thank you to Knott’s Berry Farm for the invitation and for putting on such a great event. Be sure to look out for our full ride review in the very near future. Have you ridden Iron Reef? If not, are you excited to? Comment below and let us know! -Our other correspondents will be at Knott’s this weekend for Iron Reef, there’s more coverage following in the near future!-

One Reply to “Voyage to the Iron Reef opens at Knott’s Berry Farm!”