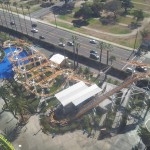 It was quite an empty day at the Farm. We got all rides in, multiple times. Almost all rides were running, and there’s quite some preparation for the summer shows going on. Our update includes GhostRider, Xcelerator news, some new stores, shows, and more.

Let’s start off with GhostRider. I just realized that it really needs more than some re-tracking to be enjoyable again. The ride recently reopened from Spring refurb, and there’s a ton of new wood around the structure and, especially, track. Nonetheless, the ride’s almost rougher than I ever remember it be. 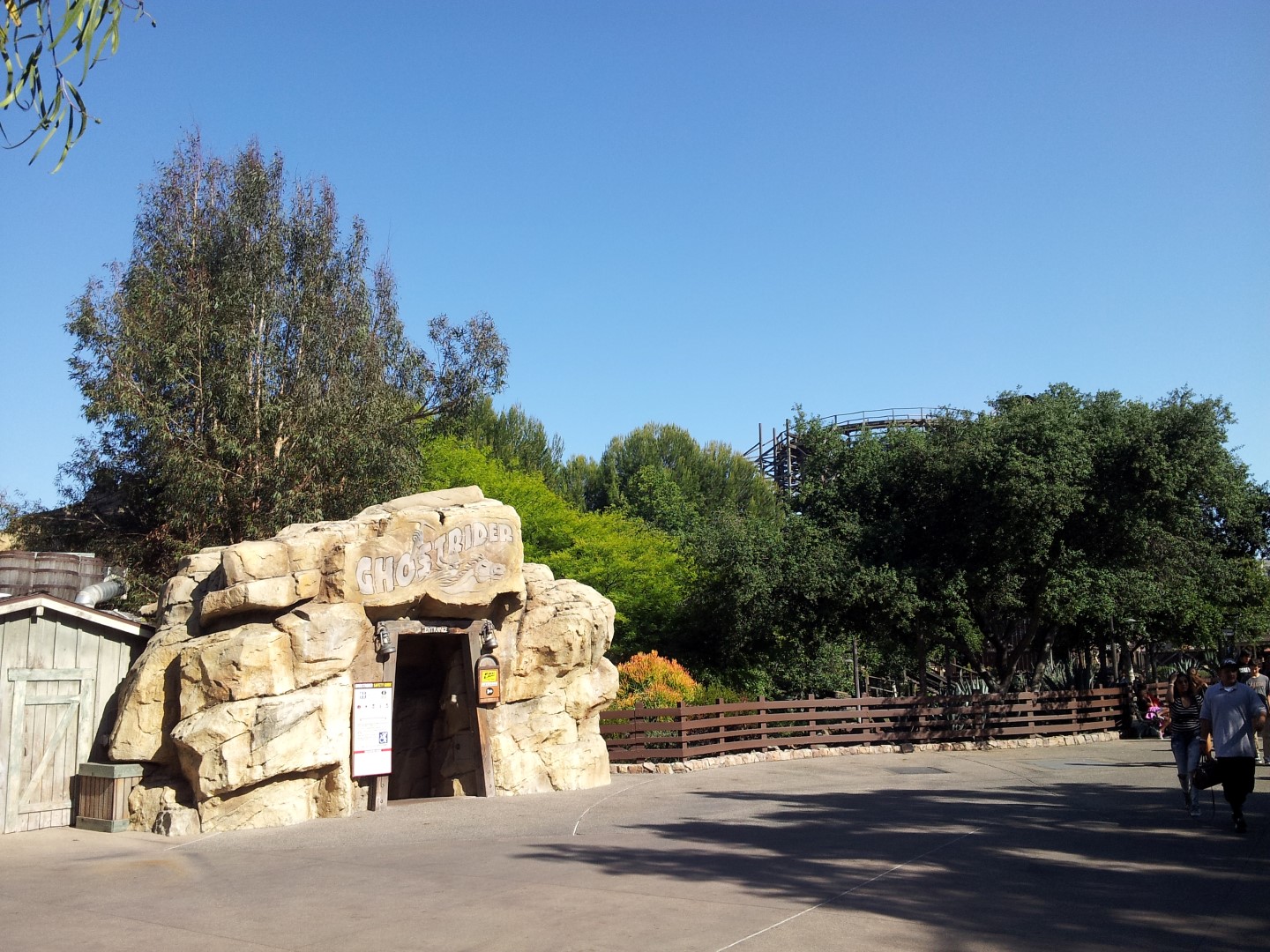 It still has a kick-ass entrance and looks pretty great. How deceiving. 😛 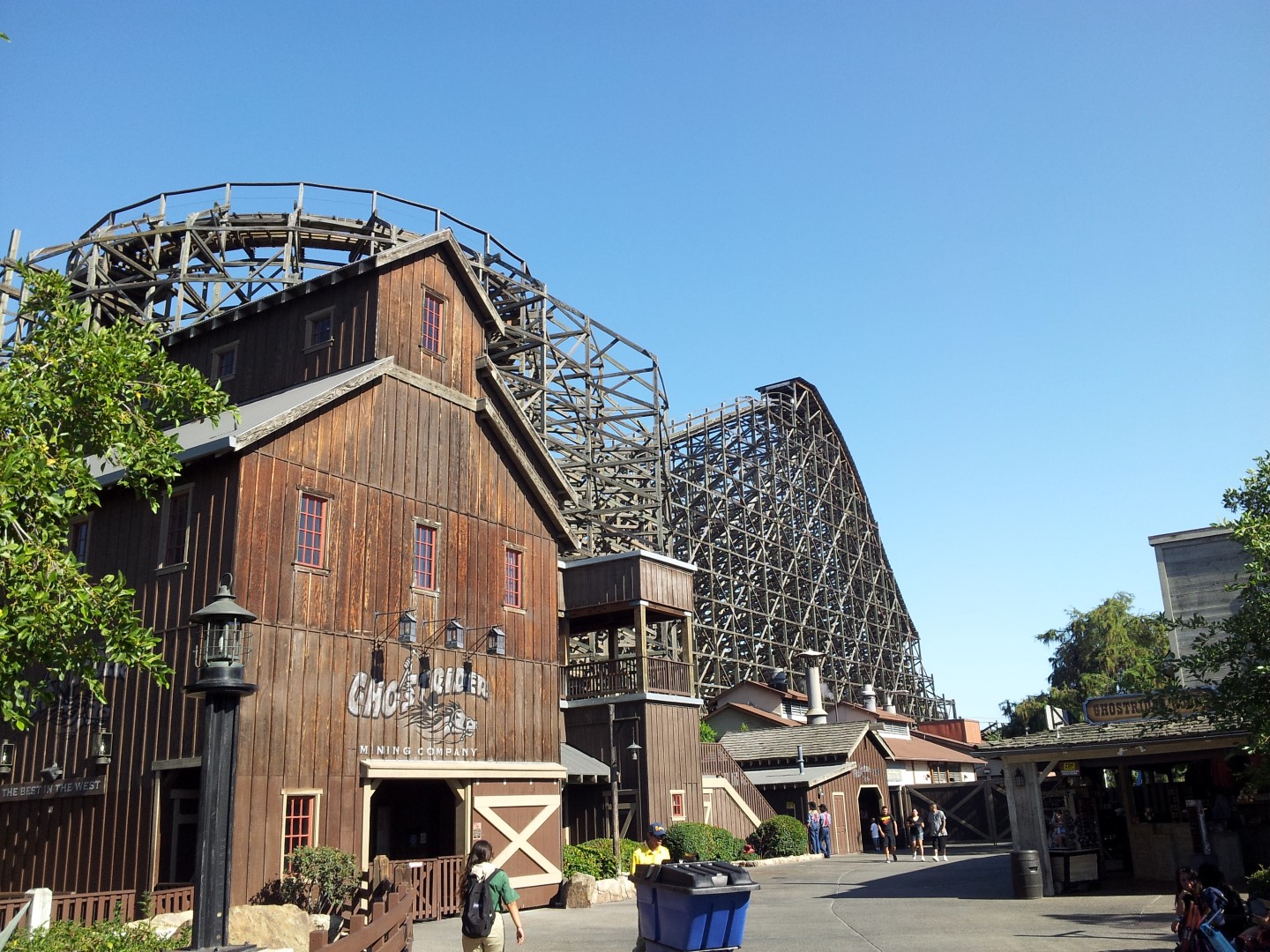 Inside Ghost Town, the Haunt Museum was closed, likely undergoing some changes. 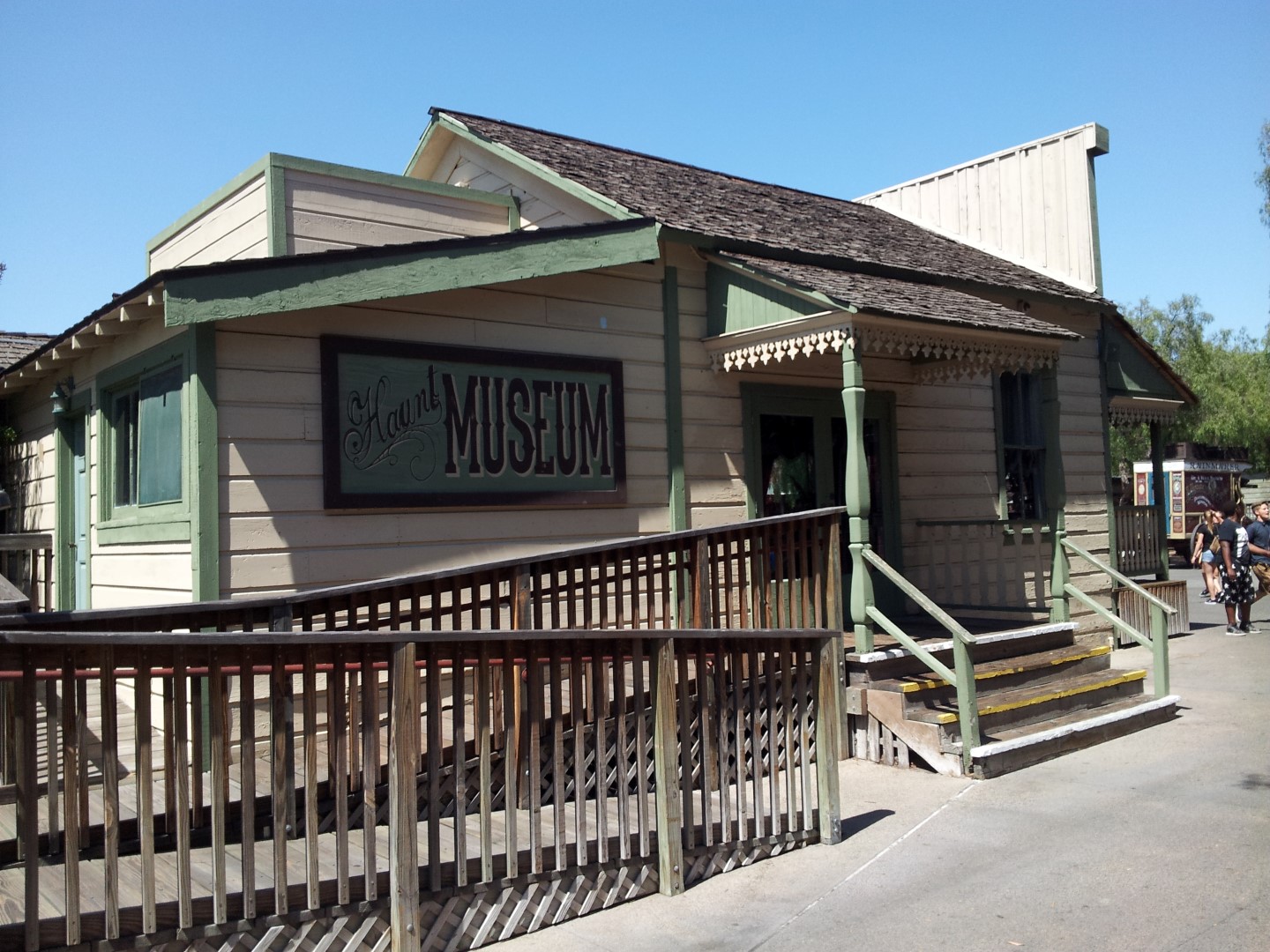 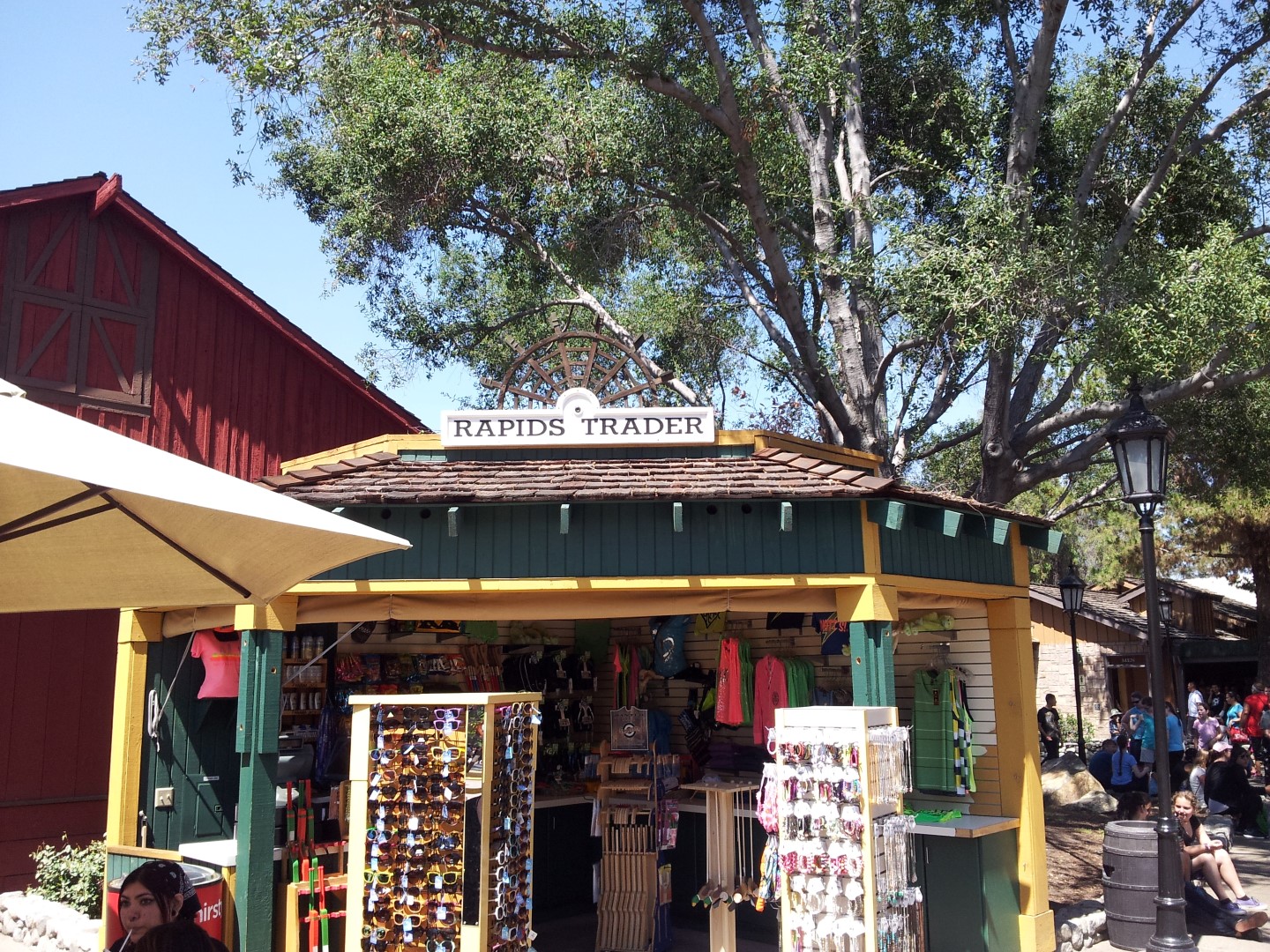 Right next door, Pony Express’ second train has returned from rehab. It’s stored on the storage track. And the longest line all day… must’ve been Pony Express. 😀 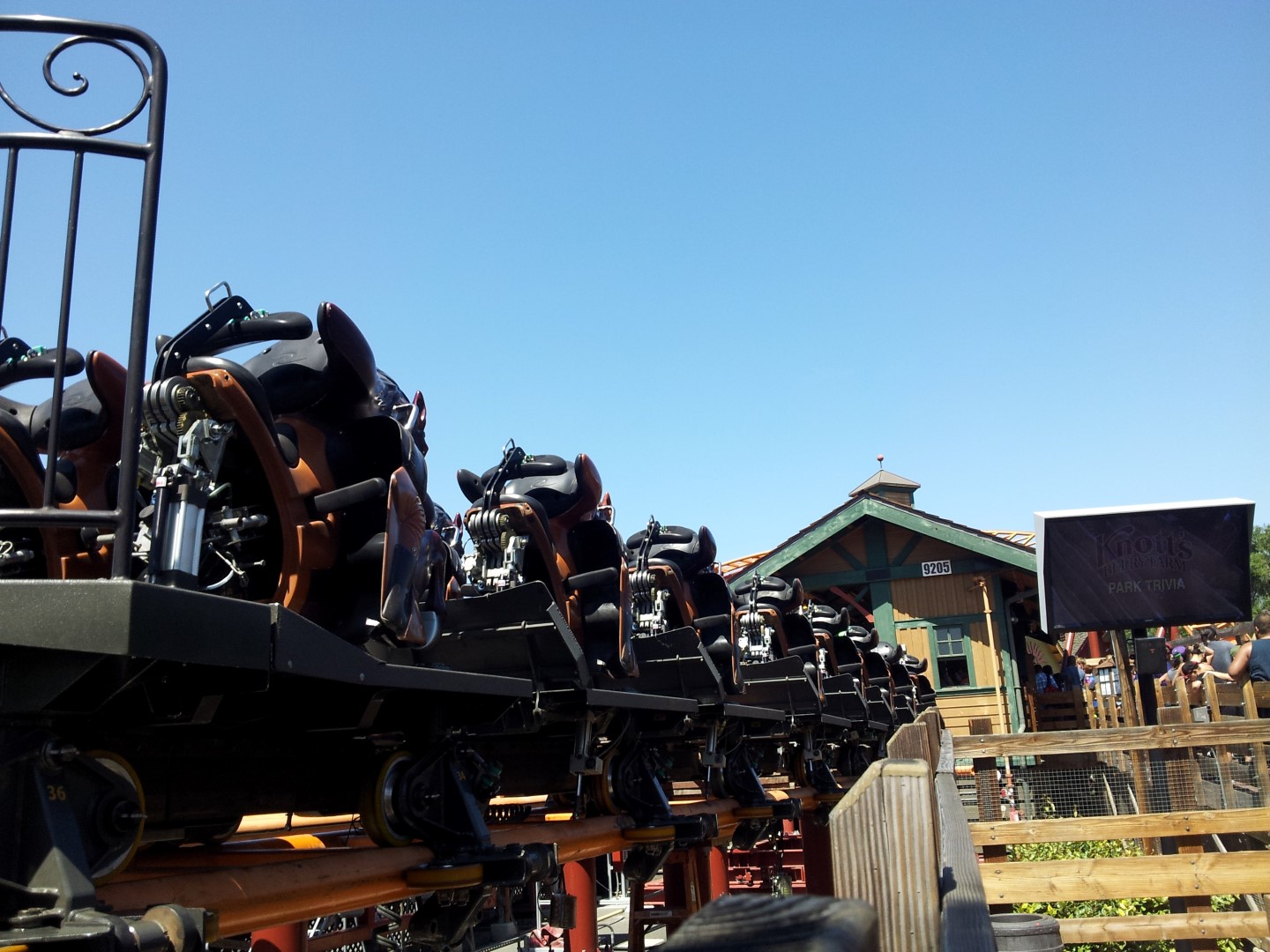 Knott’s is considerate during the drought, several waterfalls outside and inside the Calico Mine Ride are turned off, same goes for the Timber Mountain Log Ride! 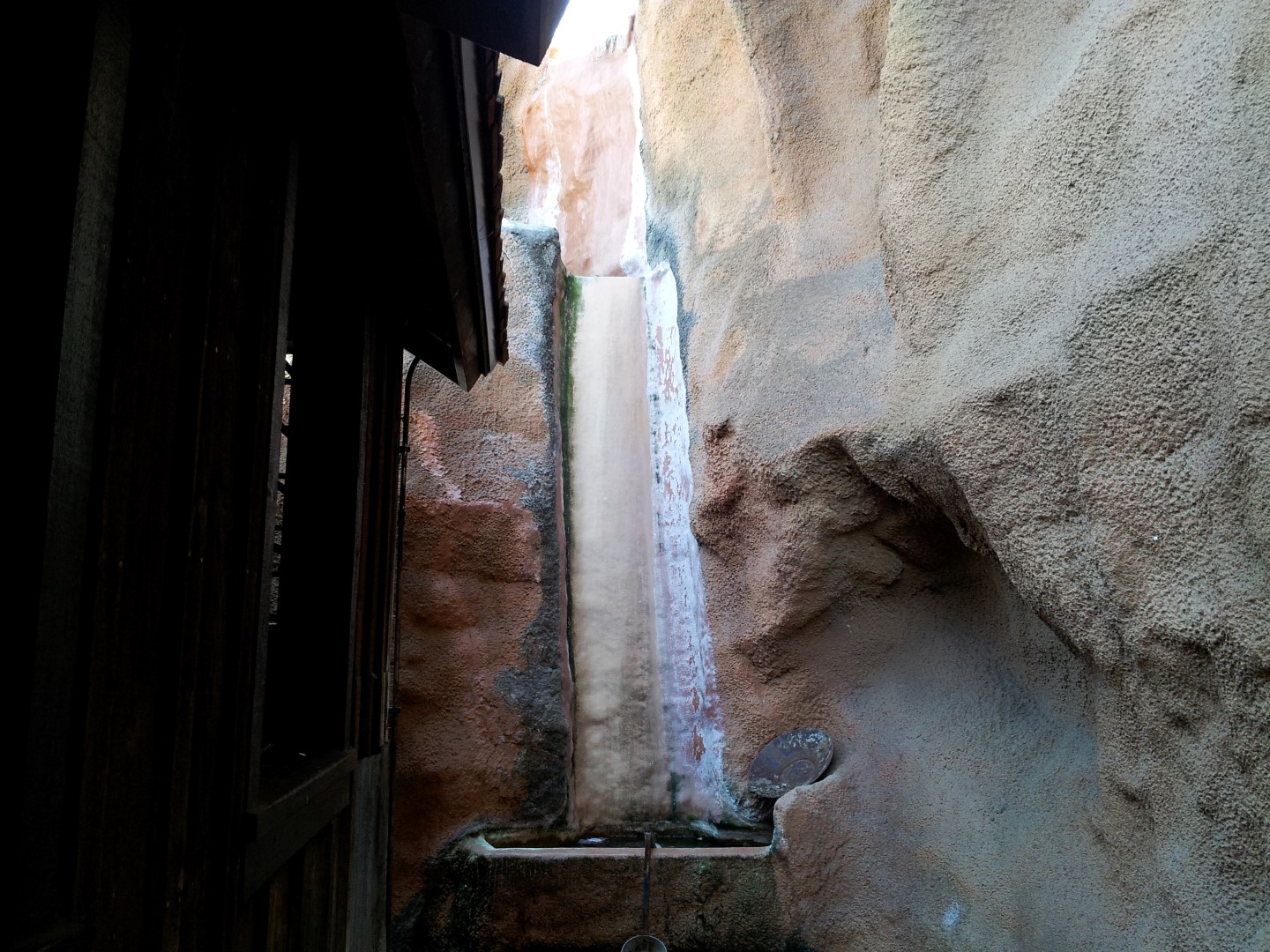 Voyage to the Iron Reef is still battling several beginner-issues. Though the lines were non-existent today. Got some good rides in! 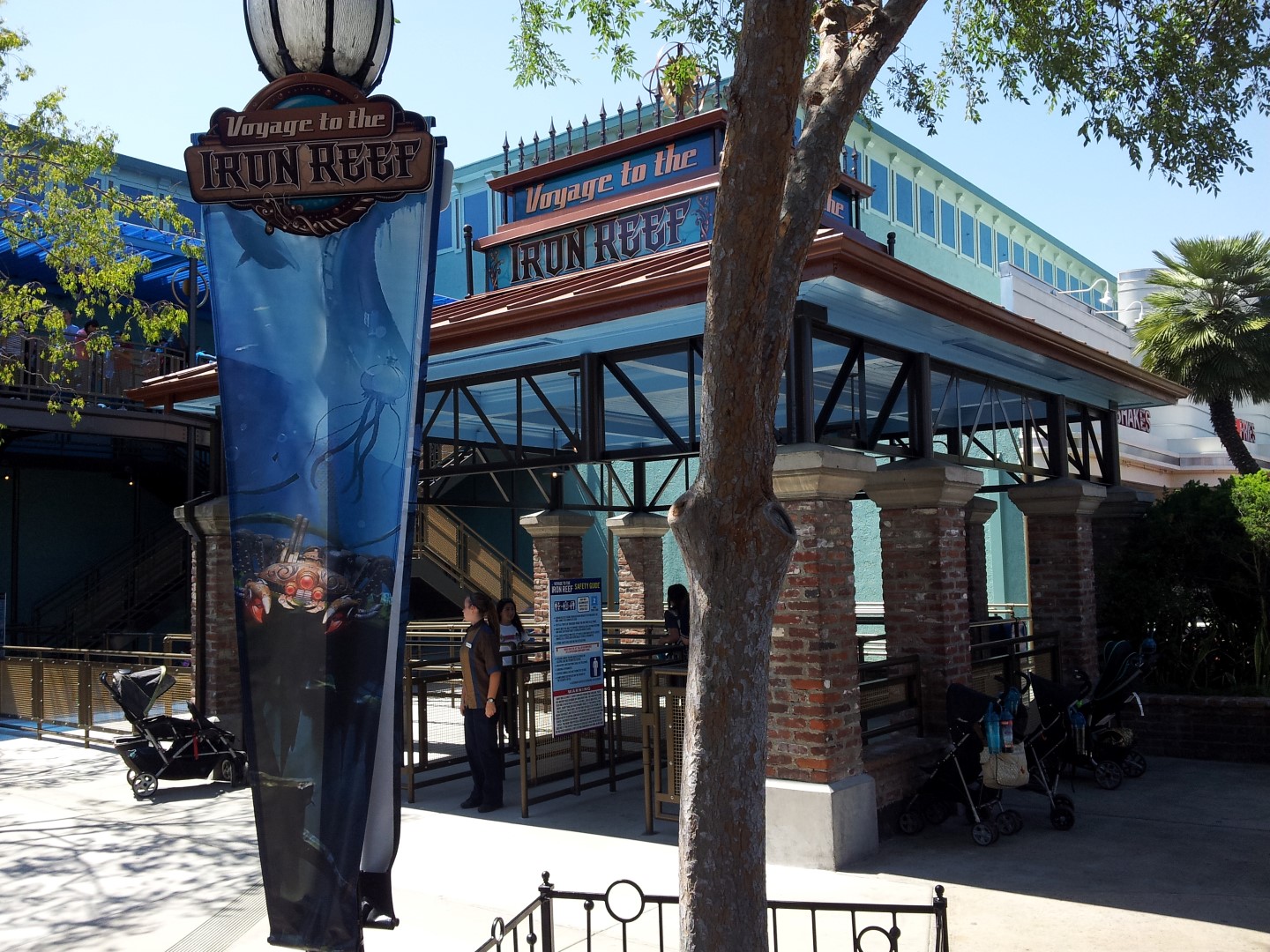 Across from Voyage to the Iron Reef, a new ‘Classic Candy’ store is soon opening up. 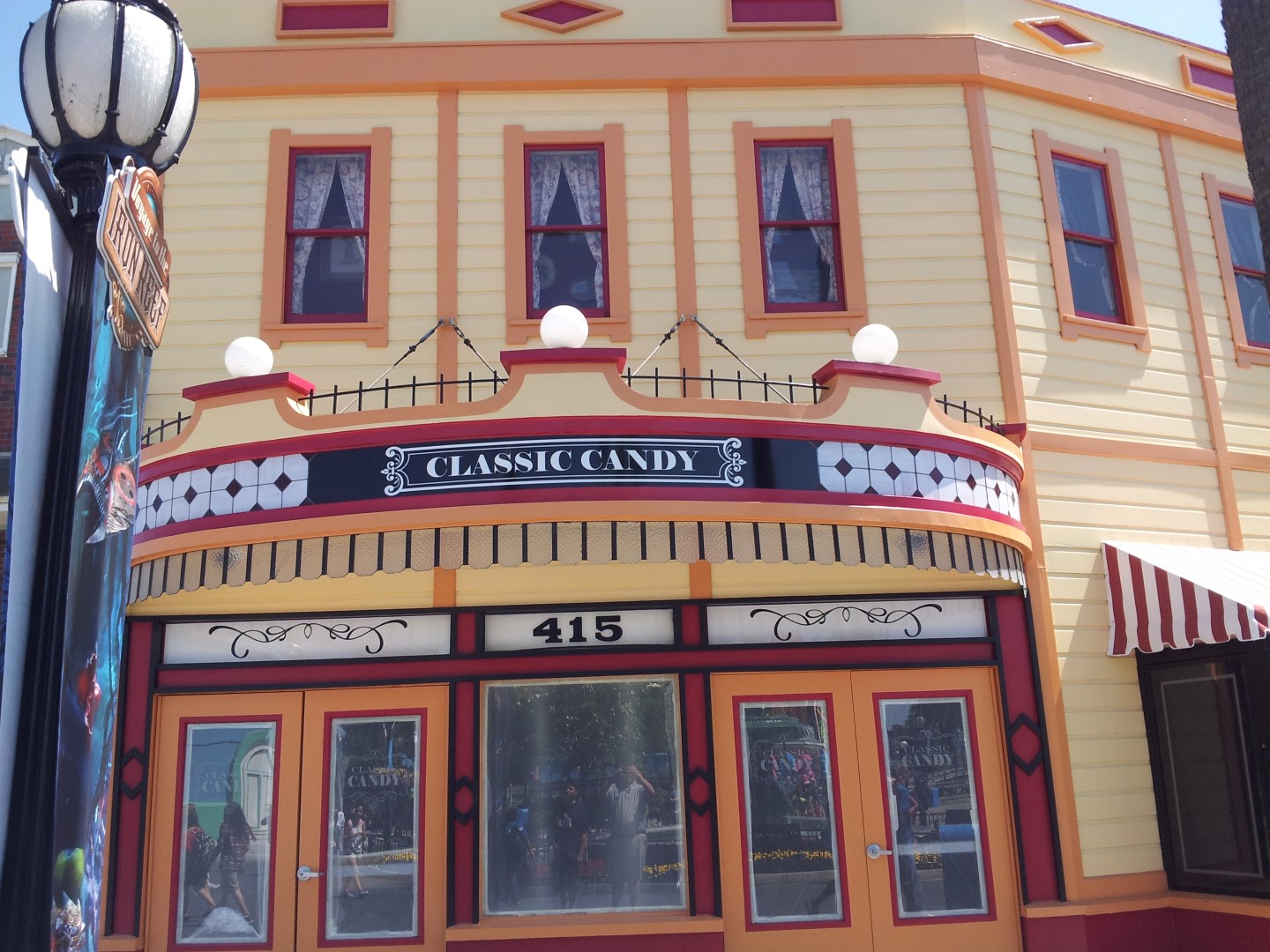 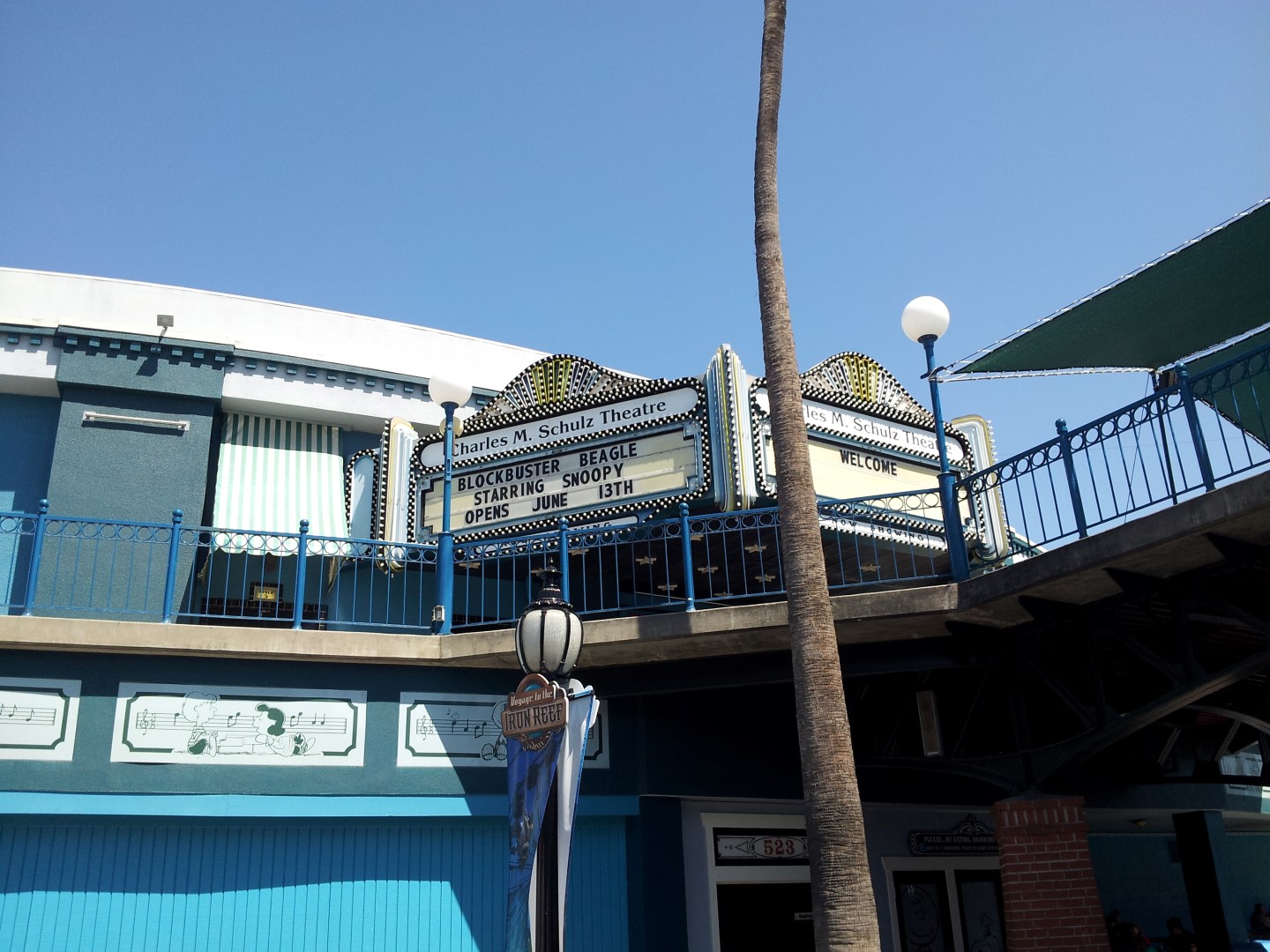 The other new show, named Vertical Impact is premiering the same day at the Calico Square. Here’s the current stage creation. (Yet to be finalized, of course!). 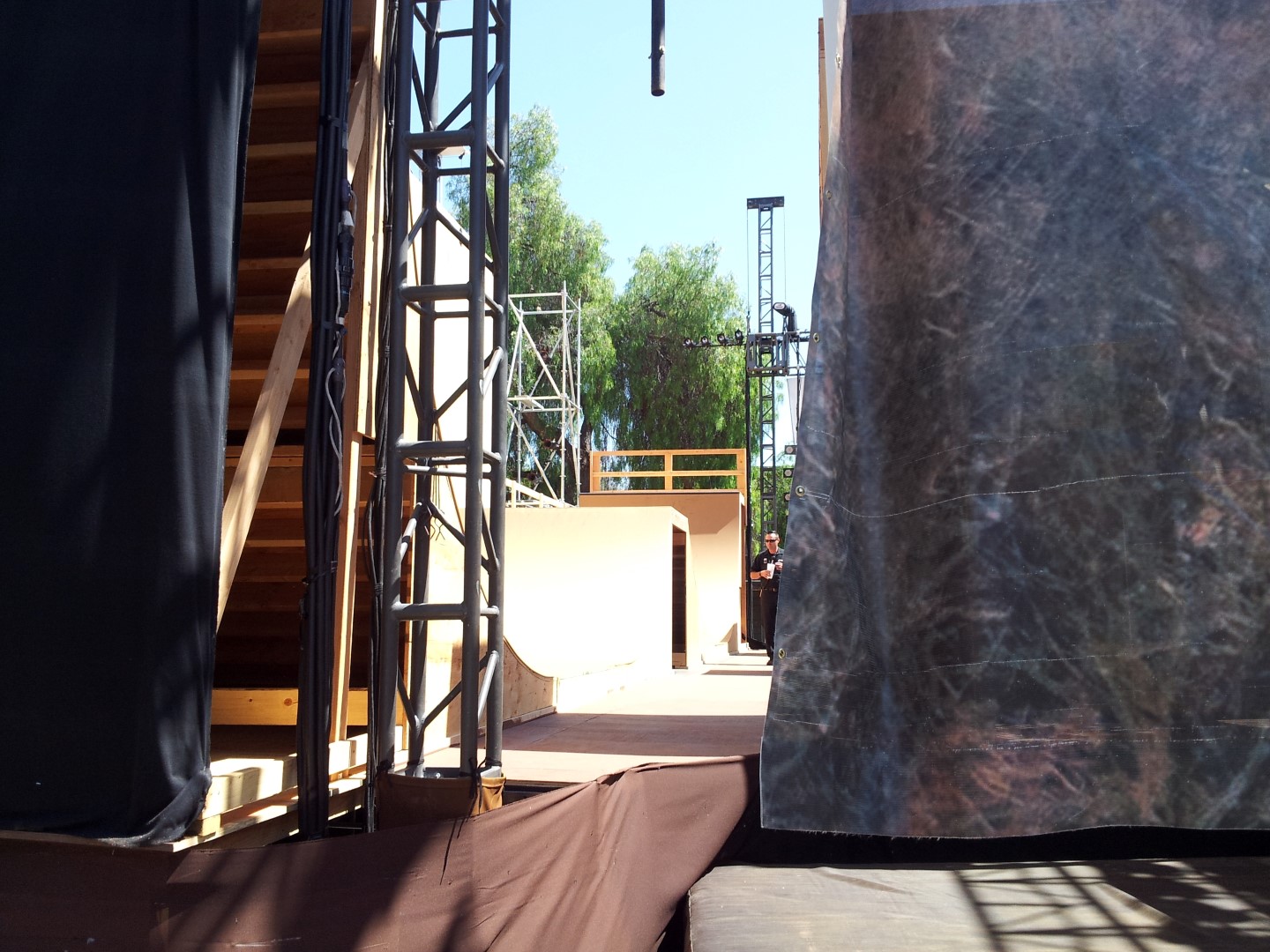 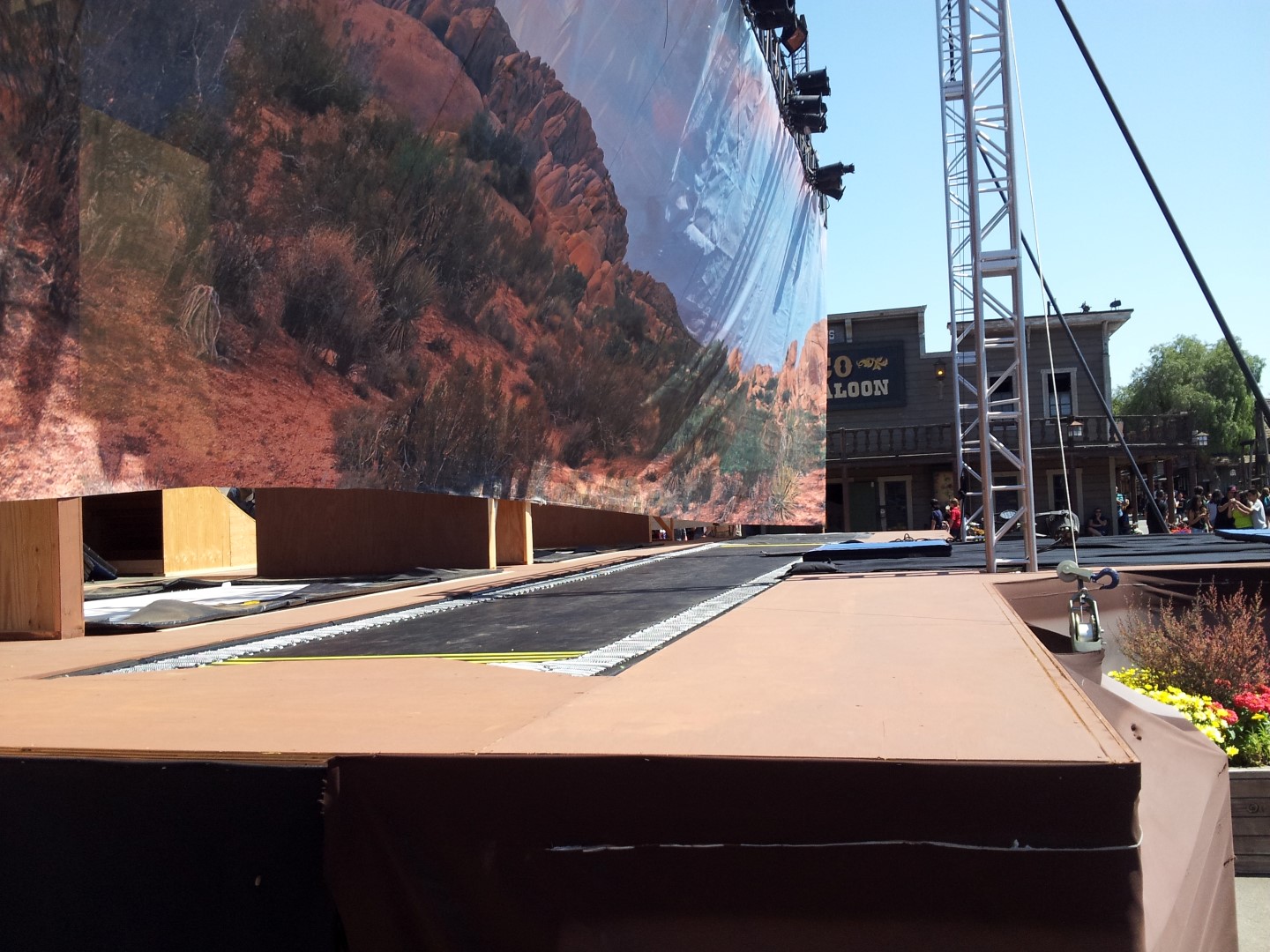 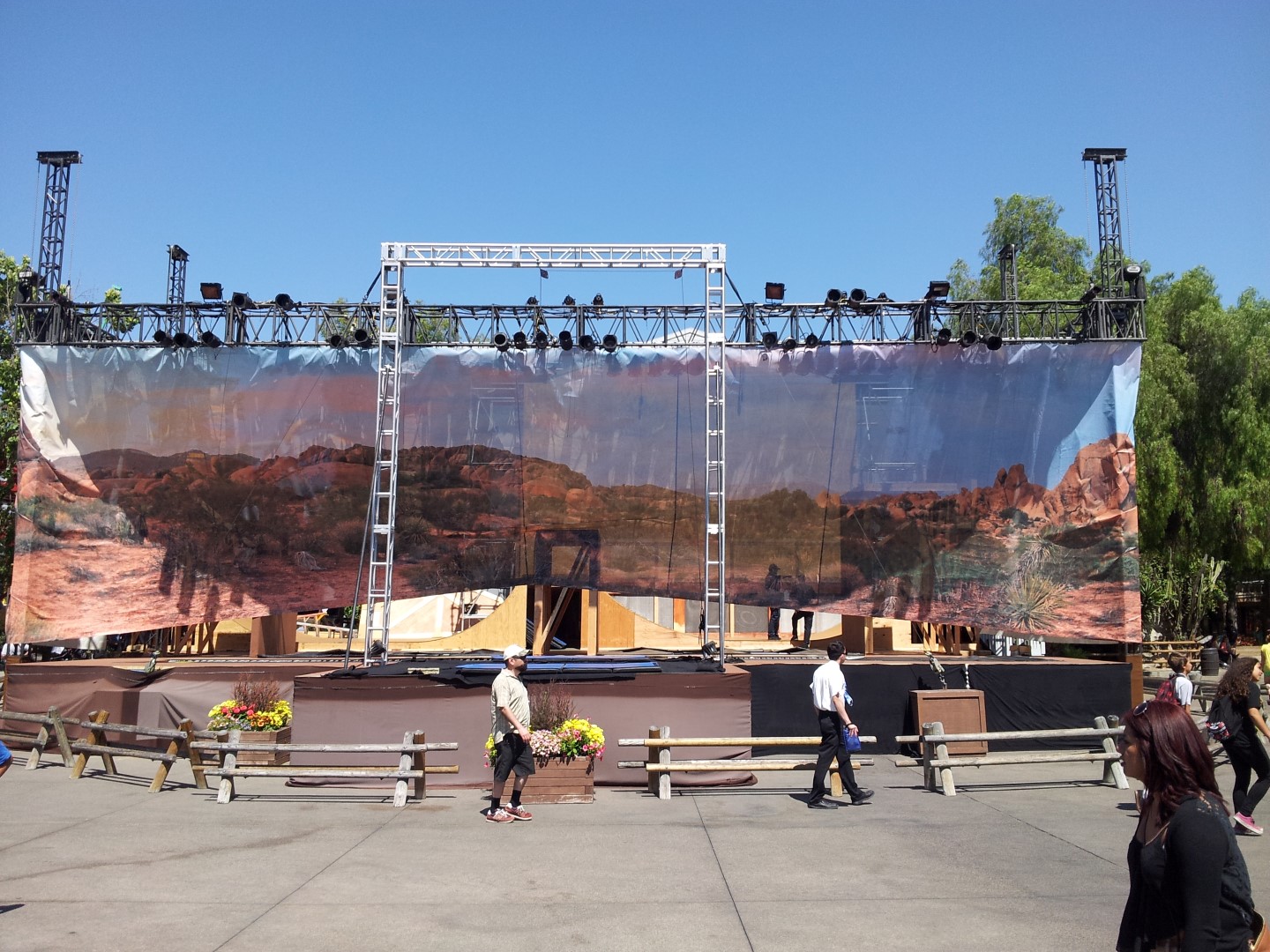 There will be two shows on the stage: Vertical Impact – Calico Square Stage: The show presents the ultimate blend of extreme stunts with high flying acrobats performing a one of a kind performance perfect for the entire family! This high energy show is set to the most popular songs of today, combining everything from trampoline stunts, BMX riders, skaters, dancers, and aerialists. Every show ends with an informal meet & greet for the guests with the entire cast on stage. June 13 – August 23. No shows on Mondays & Tuesdays

Vertical Impact: Geared Up! – Calico Square Stage: The fun continues after dark as the cast pumps up the volume with the latest hits, the biggest tricks and awesome special effects. The pace is intensified, the stunts are electrified, and the cast is breaking down the walls, defying gravity, and taking it all to the next level. “DJ Nytemadness” keeps the party going mixing all the best of current EDM, dance & pop hits after each show while the gleeful cast invites guests become a part of the fun. June 13 – August 23; no shows on Mondays & Tuesdays

They were rehearsing for a couple of hours today, this show is high-action for sure. Some amazing acrobatics. Very entertaining. 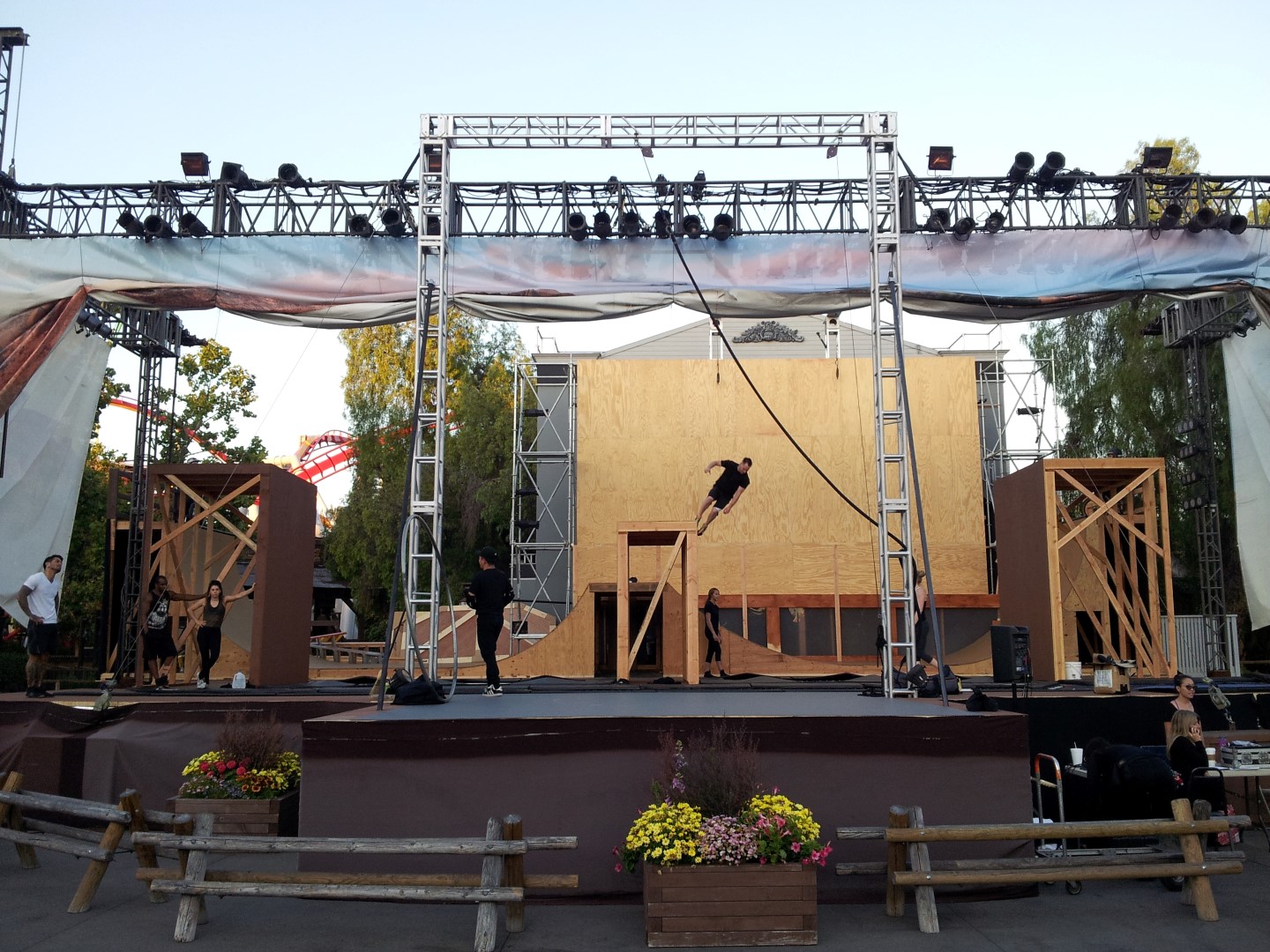 Coast Rider was closed all day, I saw some maintenance personnel working on the lift-hill in the morning. 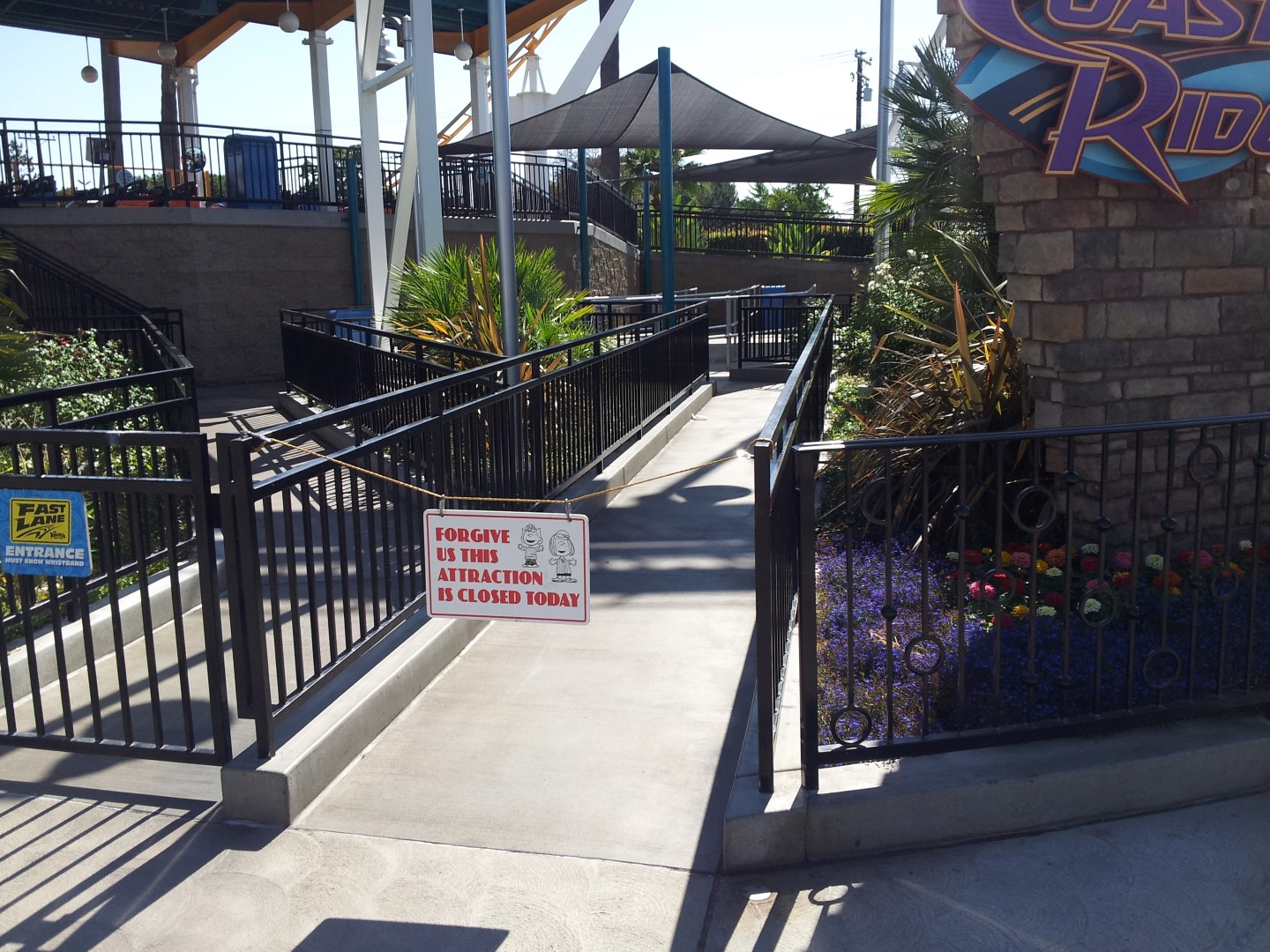 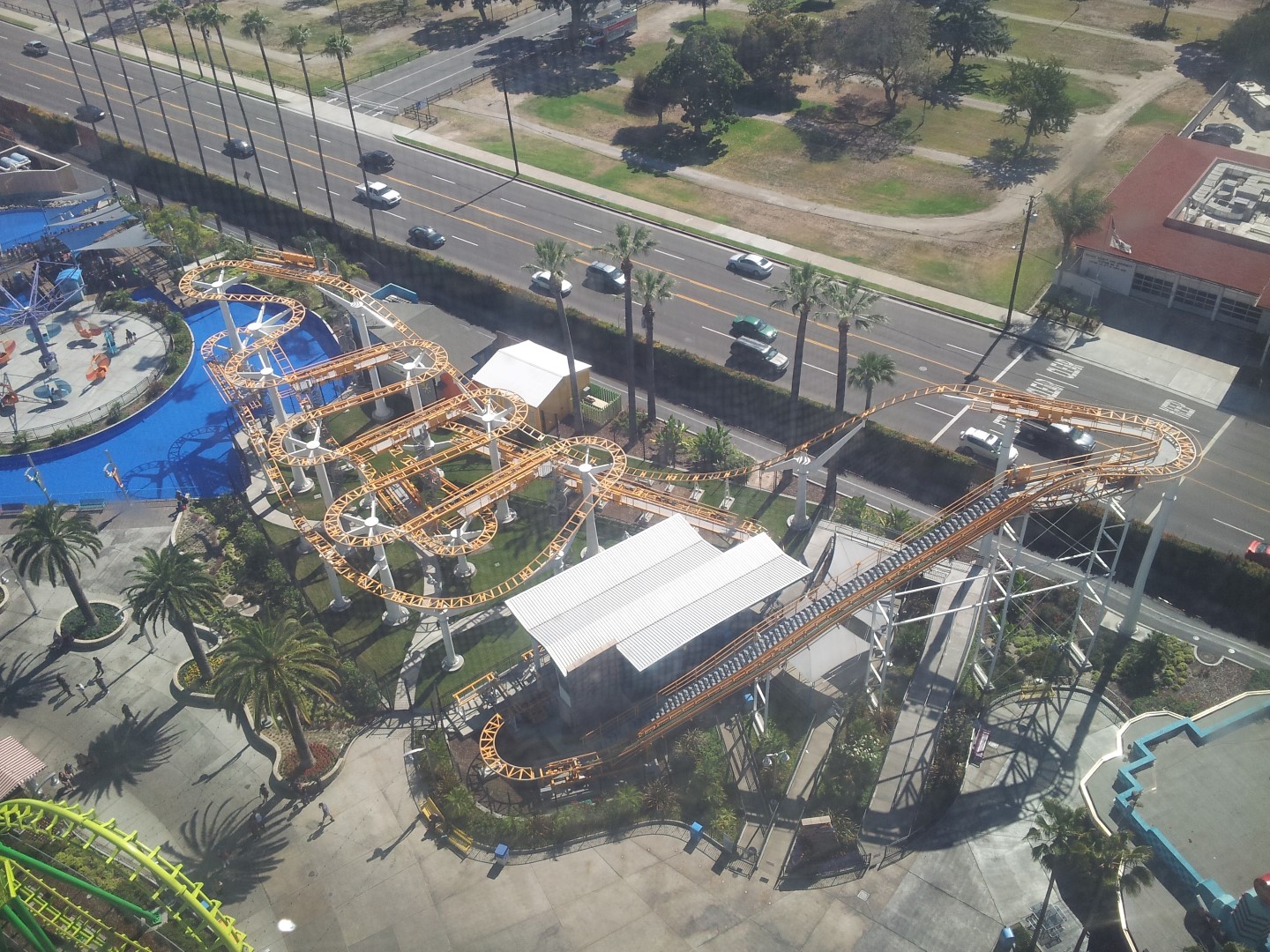 Xcelerator’s purple train has been back for a couple of weeks now. Yet the cars are still stored the same way. Not much has changed yet. As soon as purple is back on the track, we can expect the red train to go out for extensive refurbishment. Especially considering the fact that it’s been running non-stop for a long time. 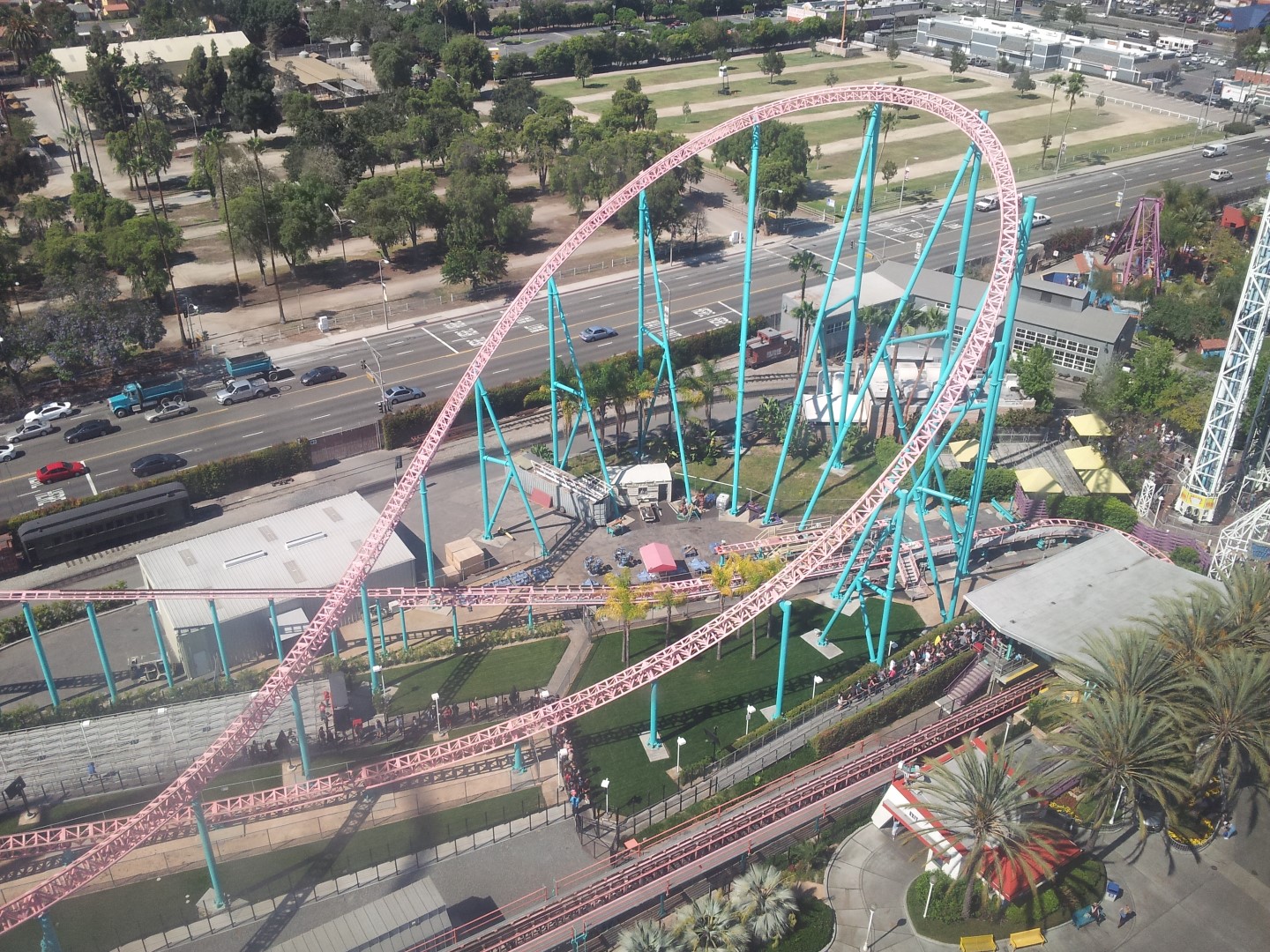