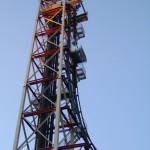 As previously mentioned, The Edge was an Intamin first generation freefall tower, exactly like Freefall at Six Flags Magic Mountain. The ride experience for all of these attractions was the same an consisted of the following: Riders would board a four passenger across car before being transported backward to the vertical section of the 100 ft tower. The cars would then be lifted up to the top of the tower via an elevator shaft-esque space in the tower. Once it reached the top, the car would be moved forward onto the drop track and pause there briefly. Riders would then be dropped 60 feet in about two seconds before the track curved in a high-g maneuver and leveled out leaving riders on their backs. The car then went through a switching mechanism returning riders the the station in an upright position to unload.

This picture of Six Flags Over Georgia’s old first generation freefall tower gives a good look at the mechanism. The elevator shaft, and then the drop track. 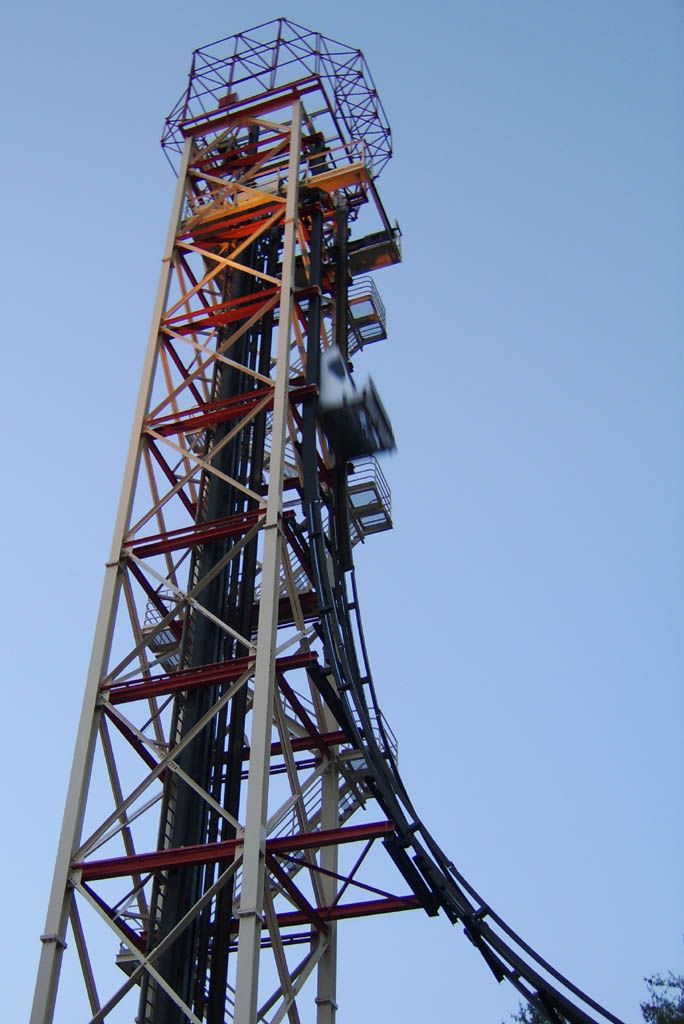 The Edge was located in the County Fair section of the park, where the parks go karts are today. It opened in 1983 just like its sibling in Gurnee. However, The Edge in Gurnee suffered a malfunction resulting in the injury and hospitalizing all four teens aboard a car that fell back down the lift shaft, and was subsequently not halted by the anti-rollback measures that were in place. As a response, Intamin added extra anti-rollback systems and a new design so that a car did not enter the elevator shaft until the previous car has completed its drop from the tower to all their first generation towers to rectify the problem. This slightly lowered capacity, however that would not be a problem. Due to a lack of ridership after the incident, The Edge in Gurnee was closed in 1986, a short few years after its opening.

The Edge here in Santa Clara continued to operate with the new systems in place for many years,, however the rough ride experienced that many guests became familiar with combined with high maintenance costs made it a less and less practical attraction for the park. Its ridership also waned with complaints of roughness and it was eventually removed as well. A year later, in 1996, a Intamin Giant Drop was built, which still resides there today under the name Drop Tower. 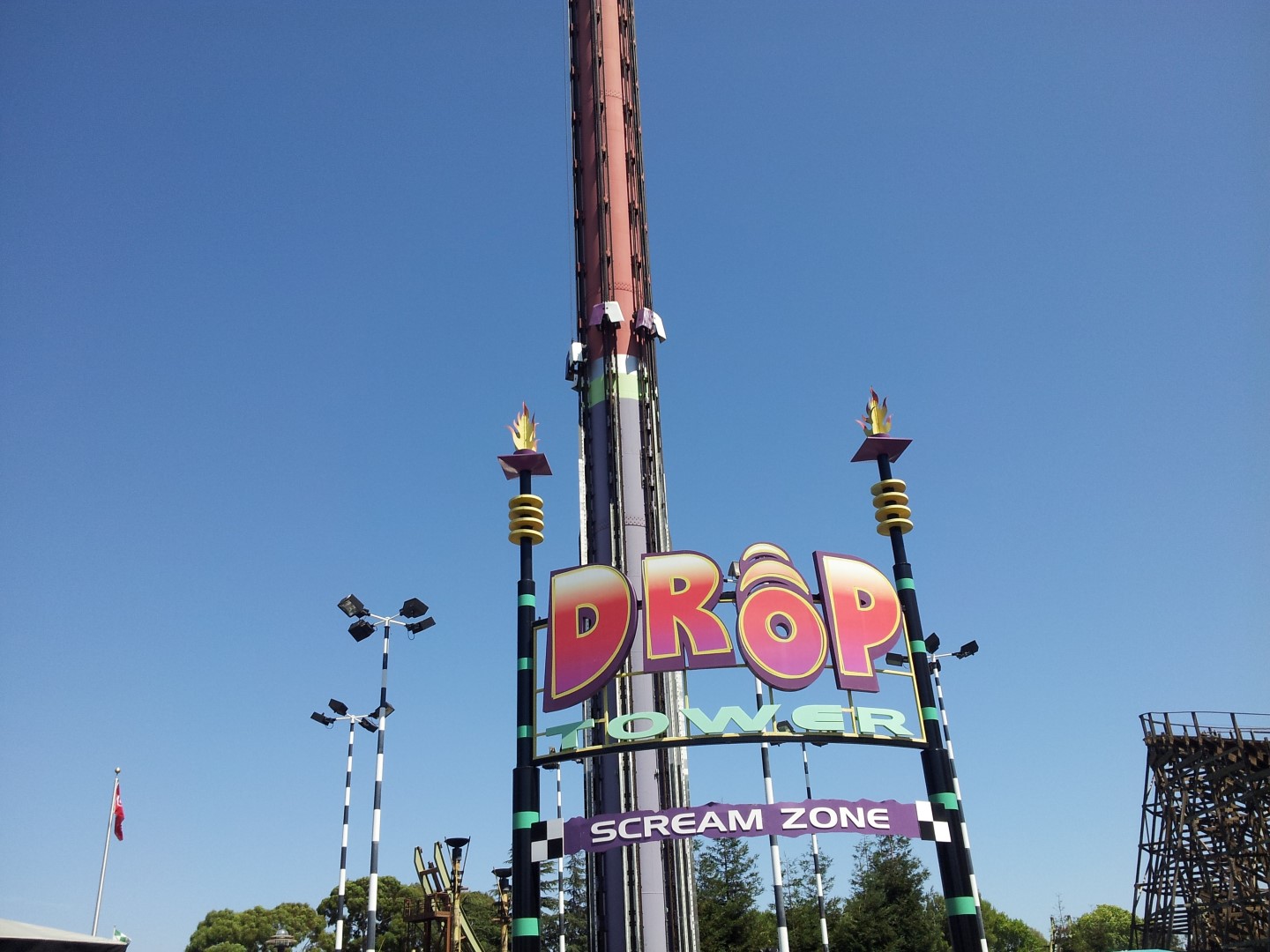 There aren’t many of these Intamin towers left, let alone popular ones. Though Movieland in Italy has one of the most popular ones, with some scenery and special effects. 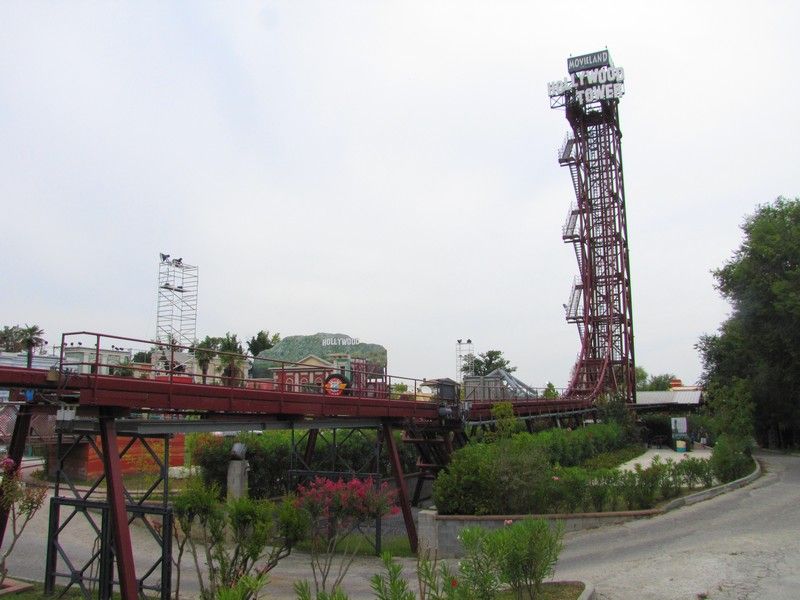 Thanks for checking out this Throwback Thursday article, check out our four new updates;