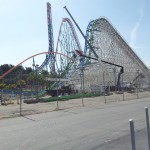 Now the Scream! repaint is pretty much finished, we’ll be back to focusing on Twisted Colossus itself. They are currently busy installing all sorts of things, including the green track for the Top Gun stall!

– Recently our images have popped up on other sites and forums, awesome that our coverage spreads, not so awesome that no one mentioned where they got the images from. We are totally fine with our audience using our images, BUT ONLY IF credit is given tocaliforniacoasterkings.com. Thank you! – 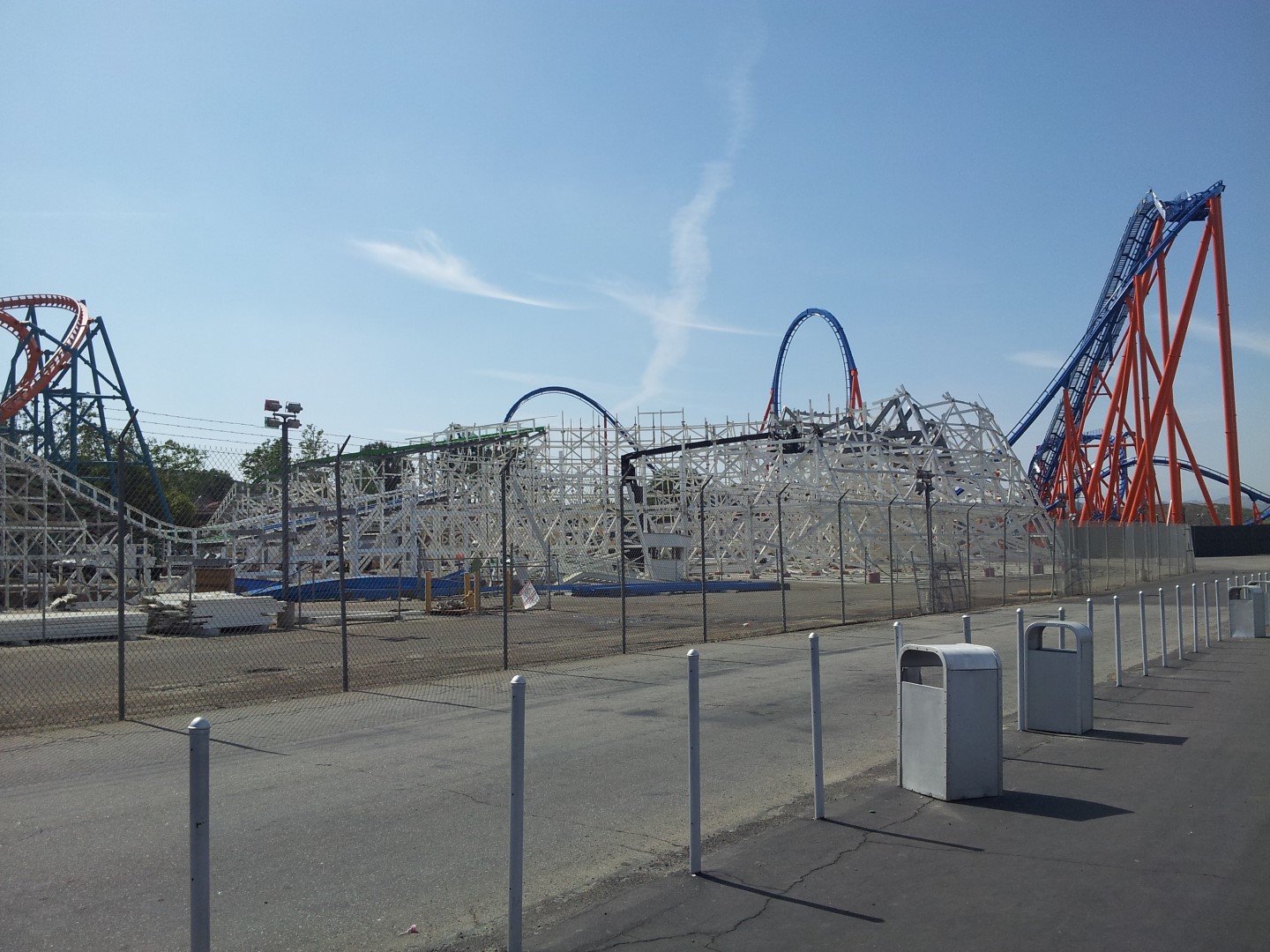 The old second turn-around is currently being modified with steel beams to add the track in the future. 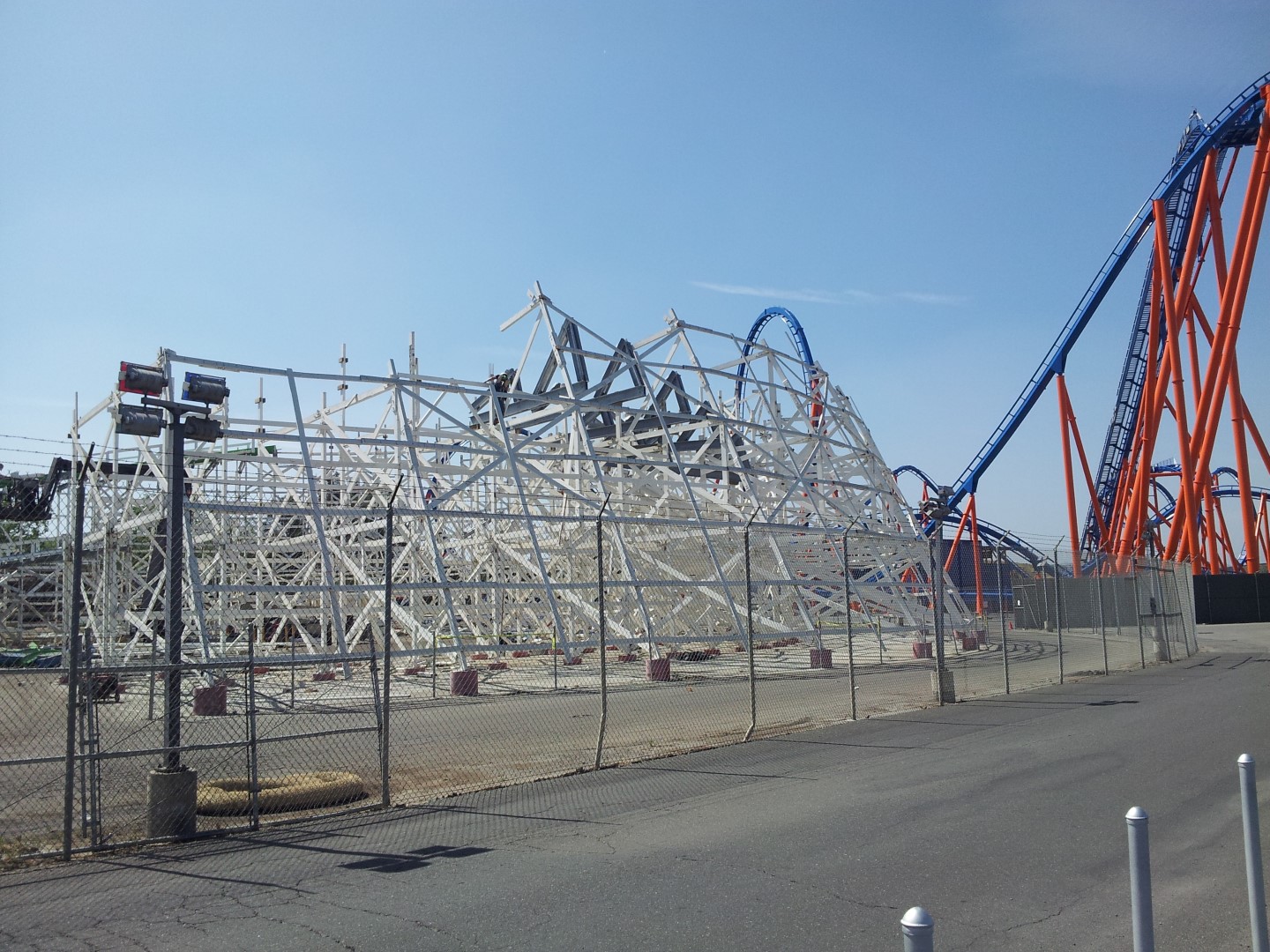 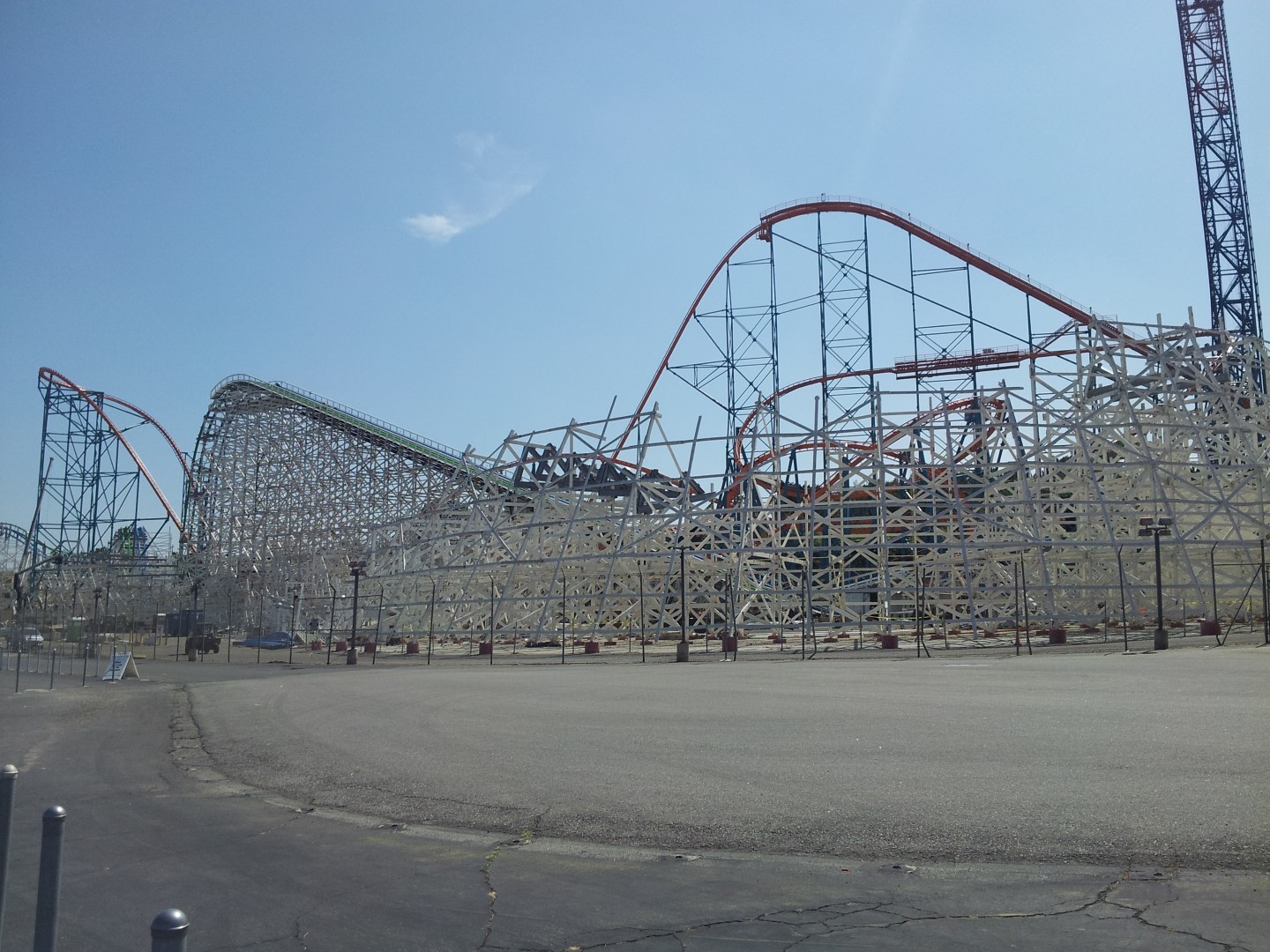 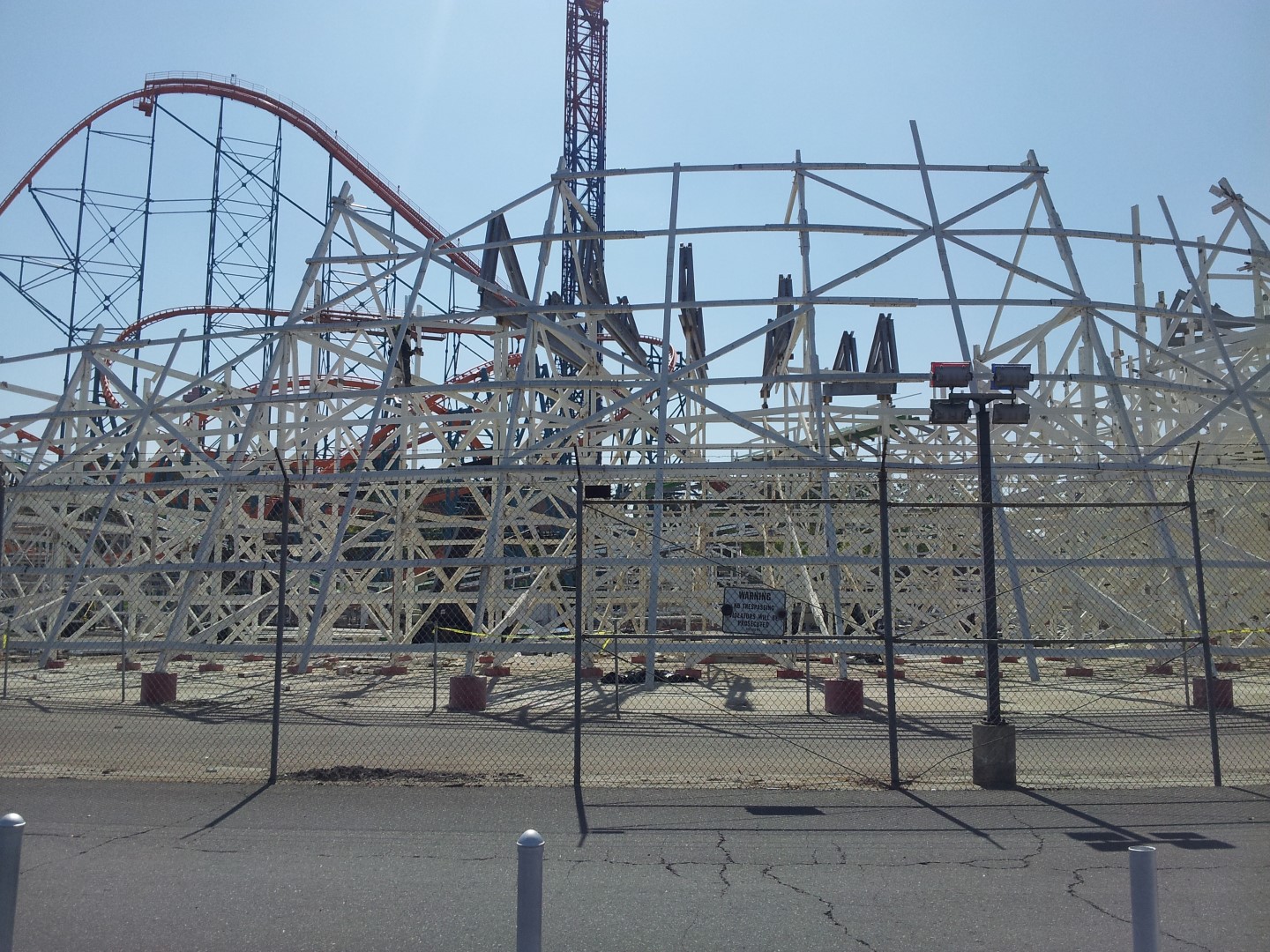 There’s some blue track laying around next to it. Assuming that, since the blue track will be partially inside the structure, it will go up first. 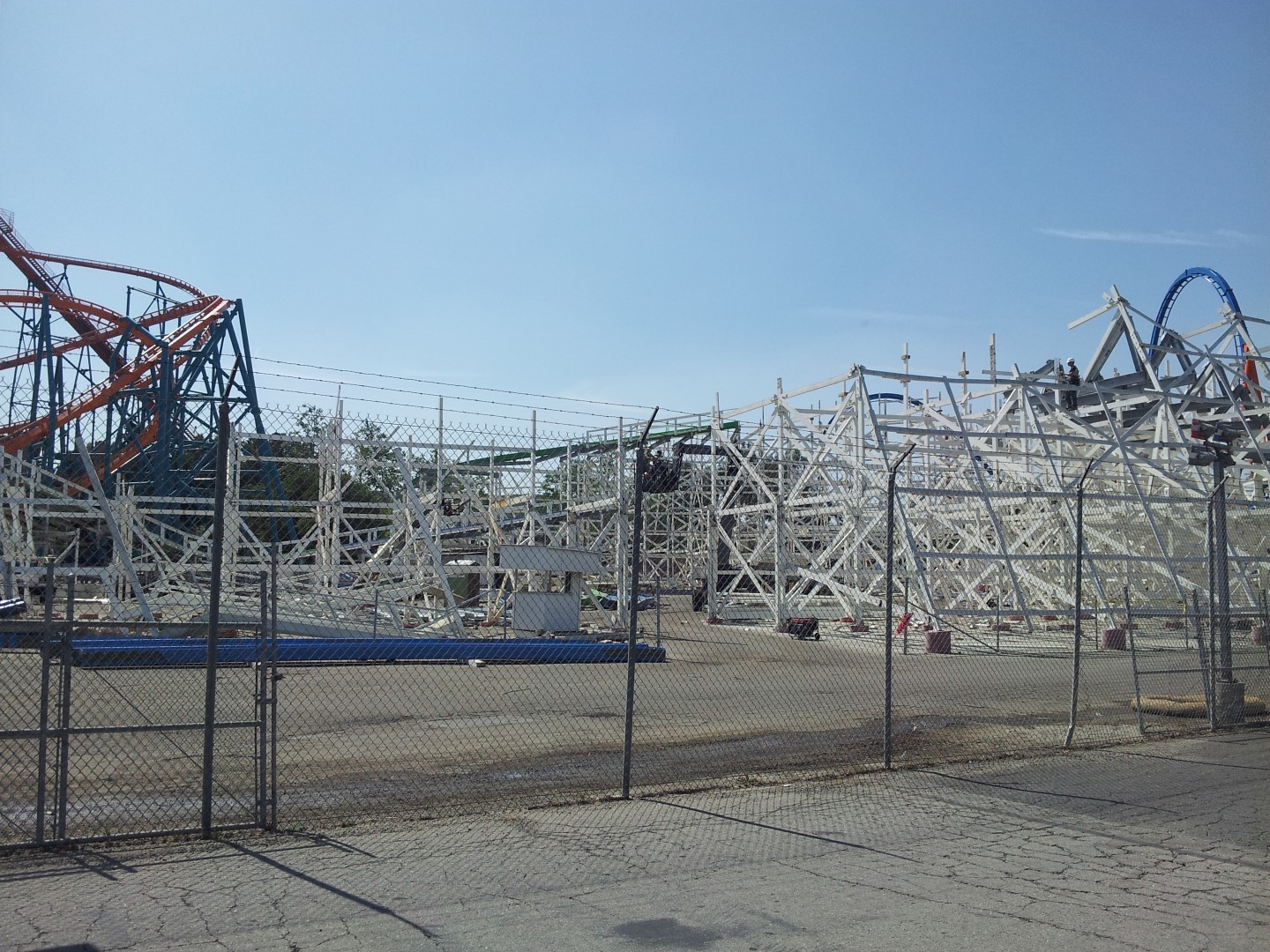 Notice that behind the blue track the new Zero-G-Roll structure is starting to get in shape. 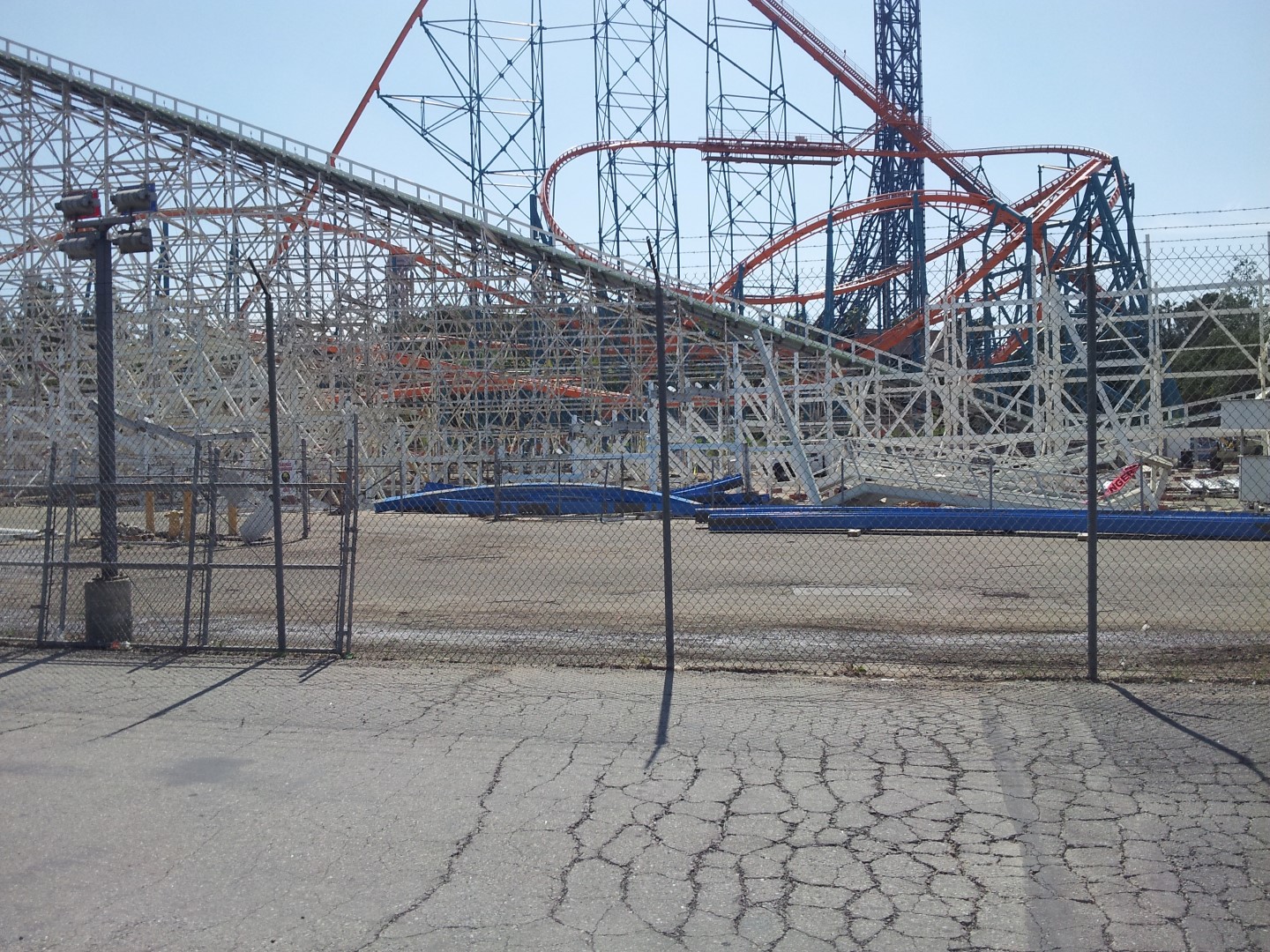 Many steel beams, and track-connectors indicate that we may see green track going up (the bottom part of the Zero-G-Roll) soon. 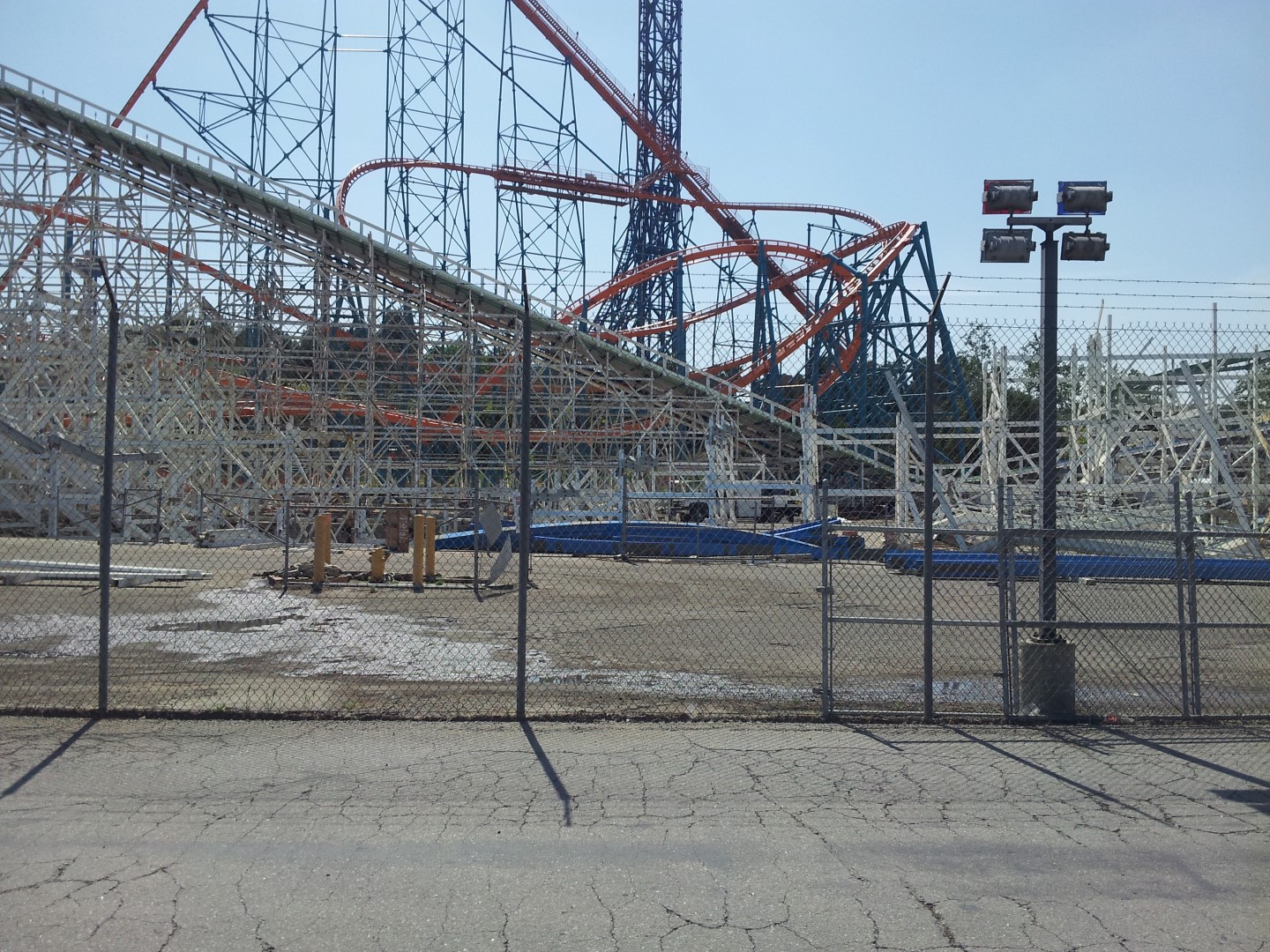 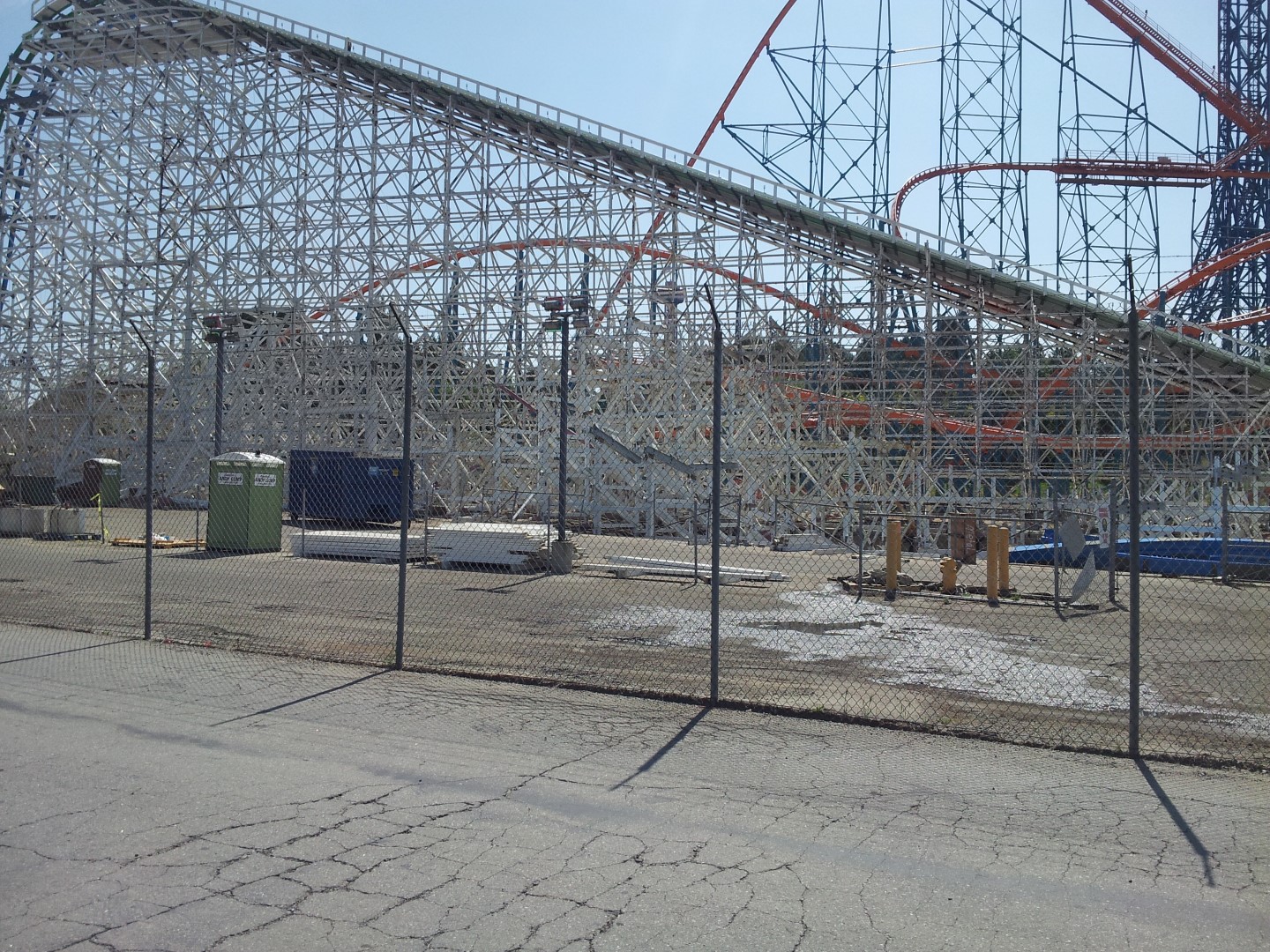 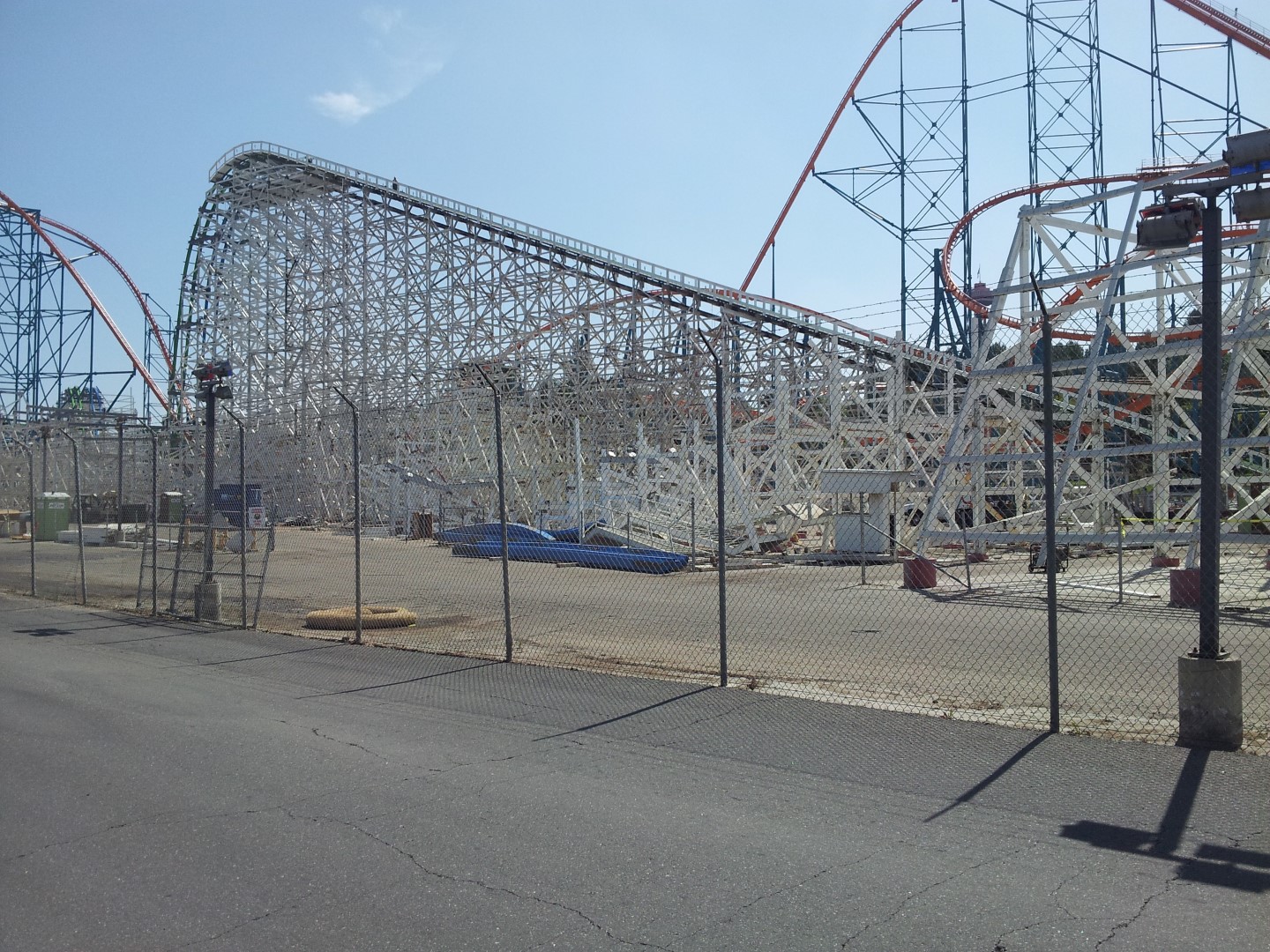 The lift-hill, in fact both lift-hills, have received their catwalk lights! 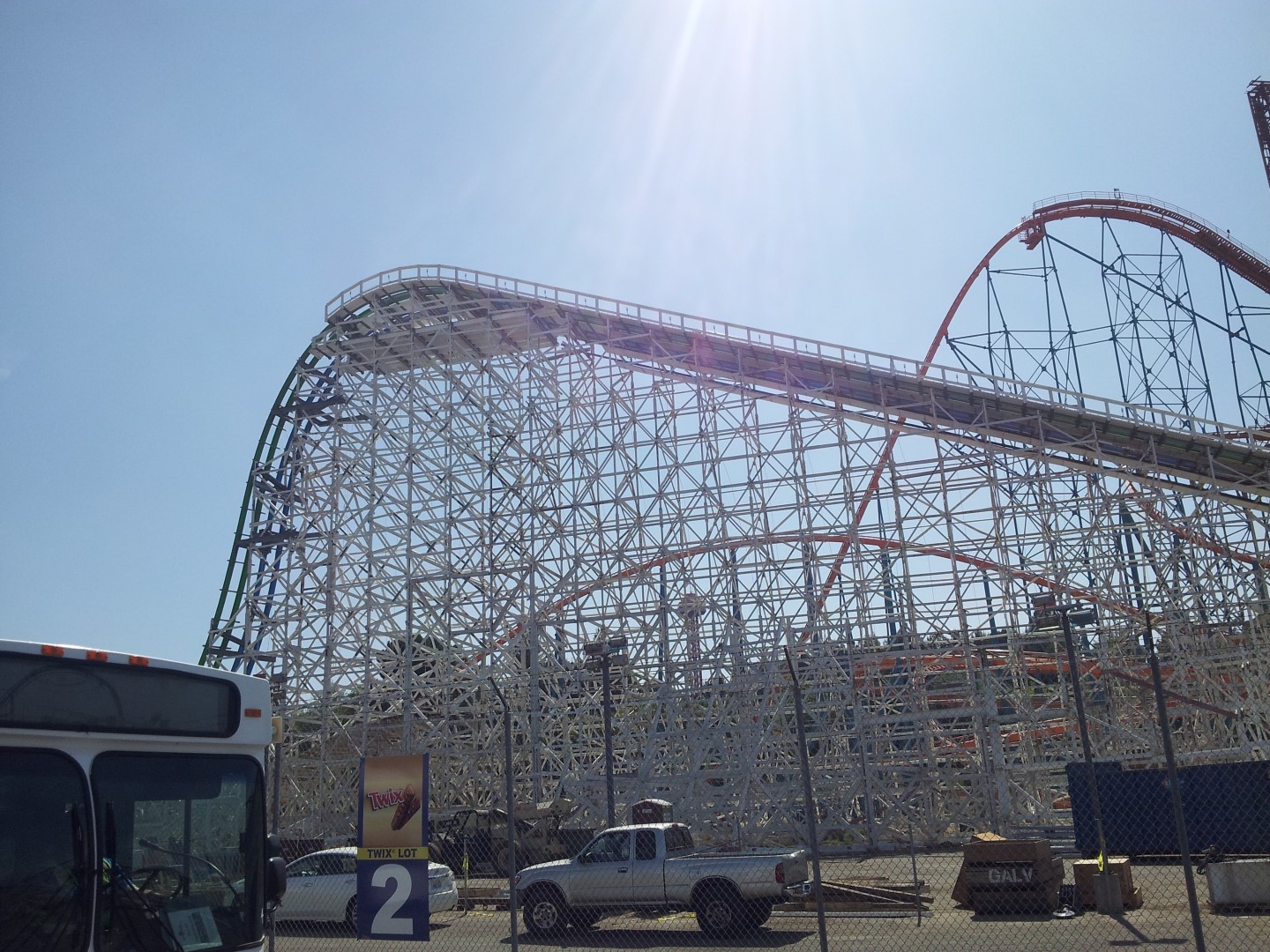 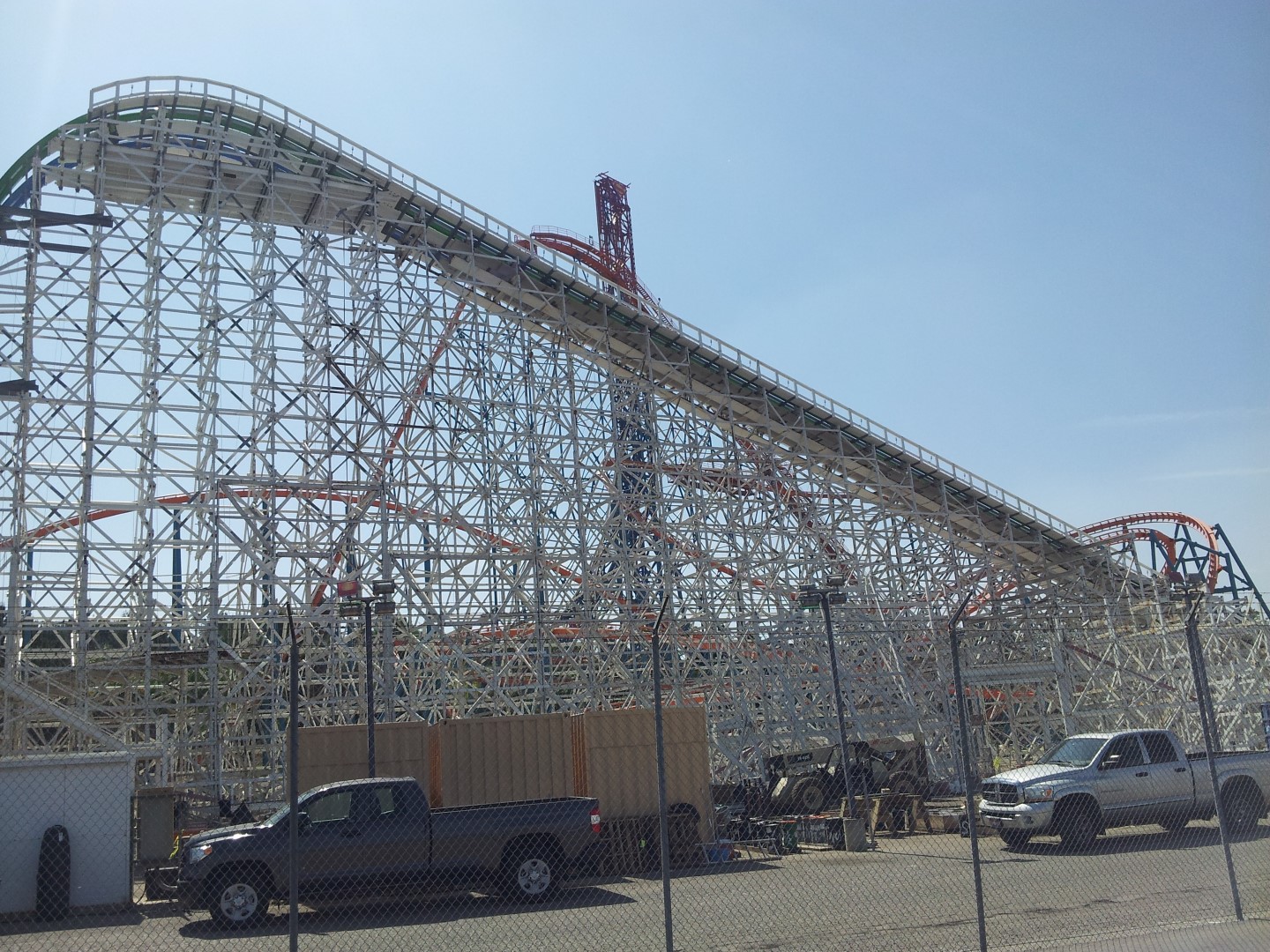 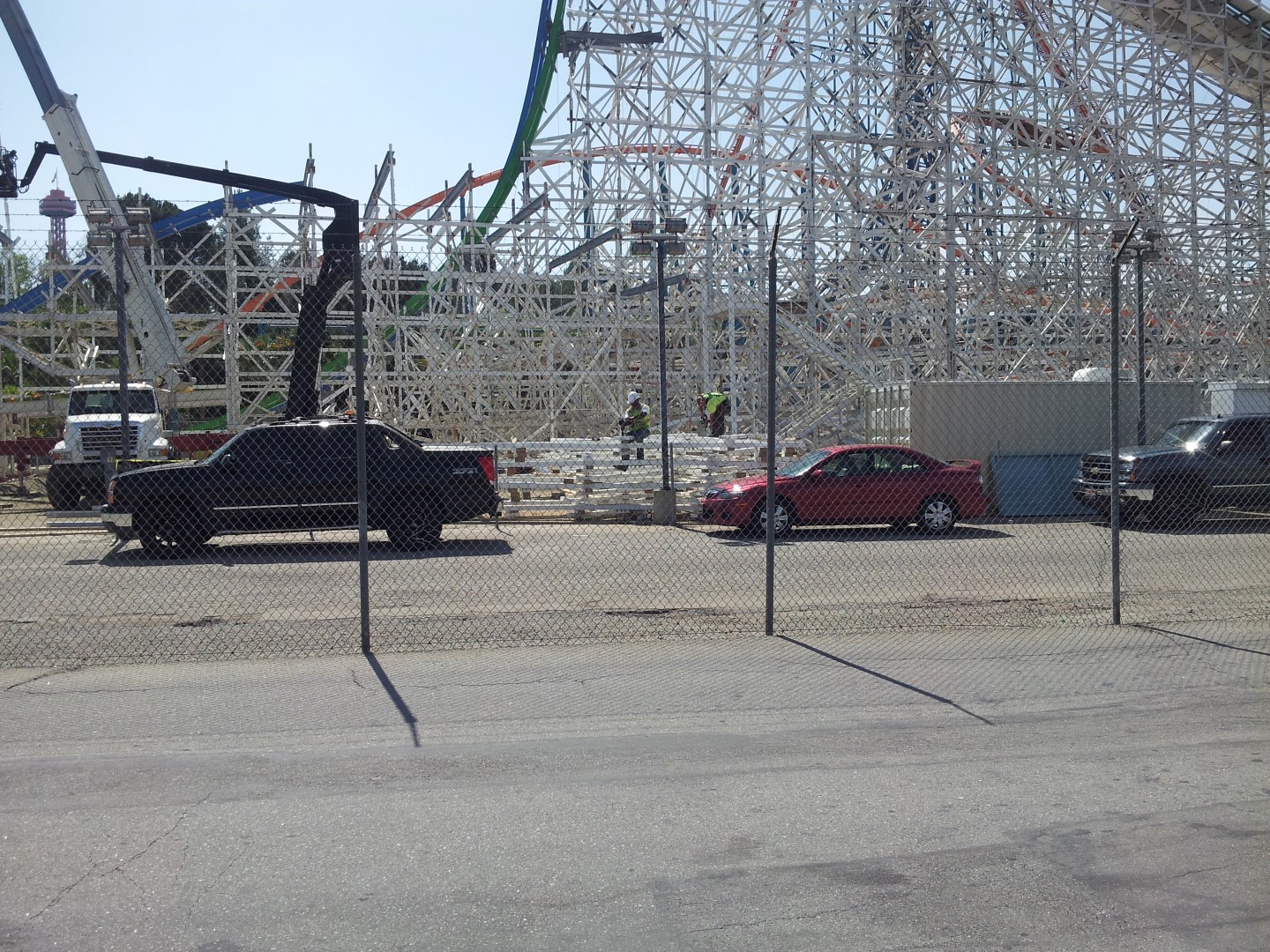 Talking about wooden structures, the double-down is receiving more steel and wooden beams to support the rather complex two-track element. 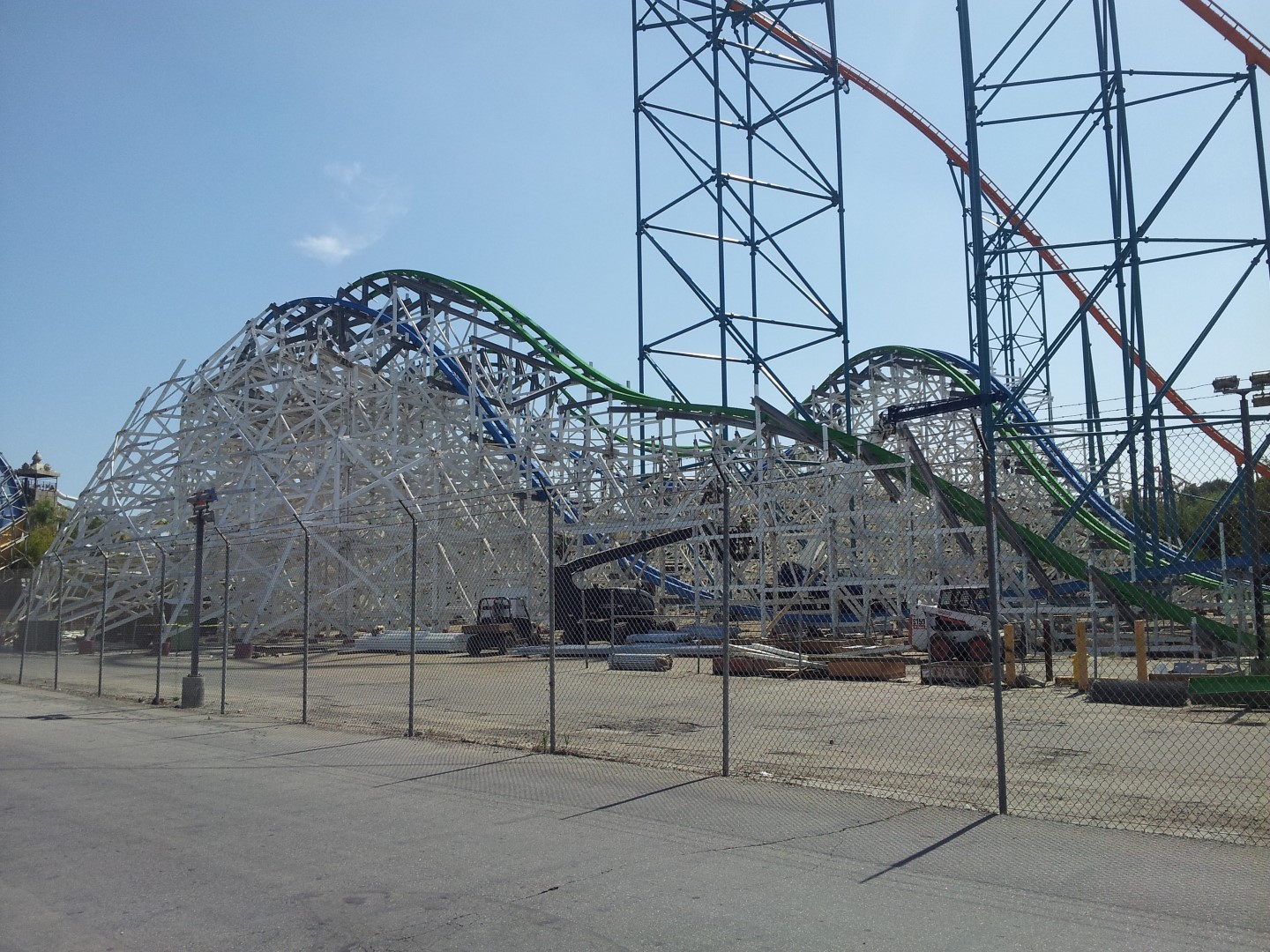 And the element I’ve been waiting for! The Top Gun Stall is being installed! 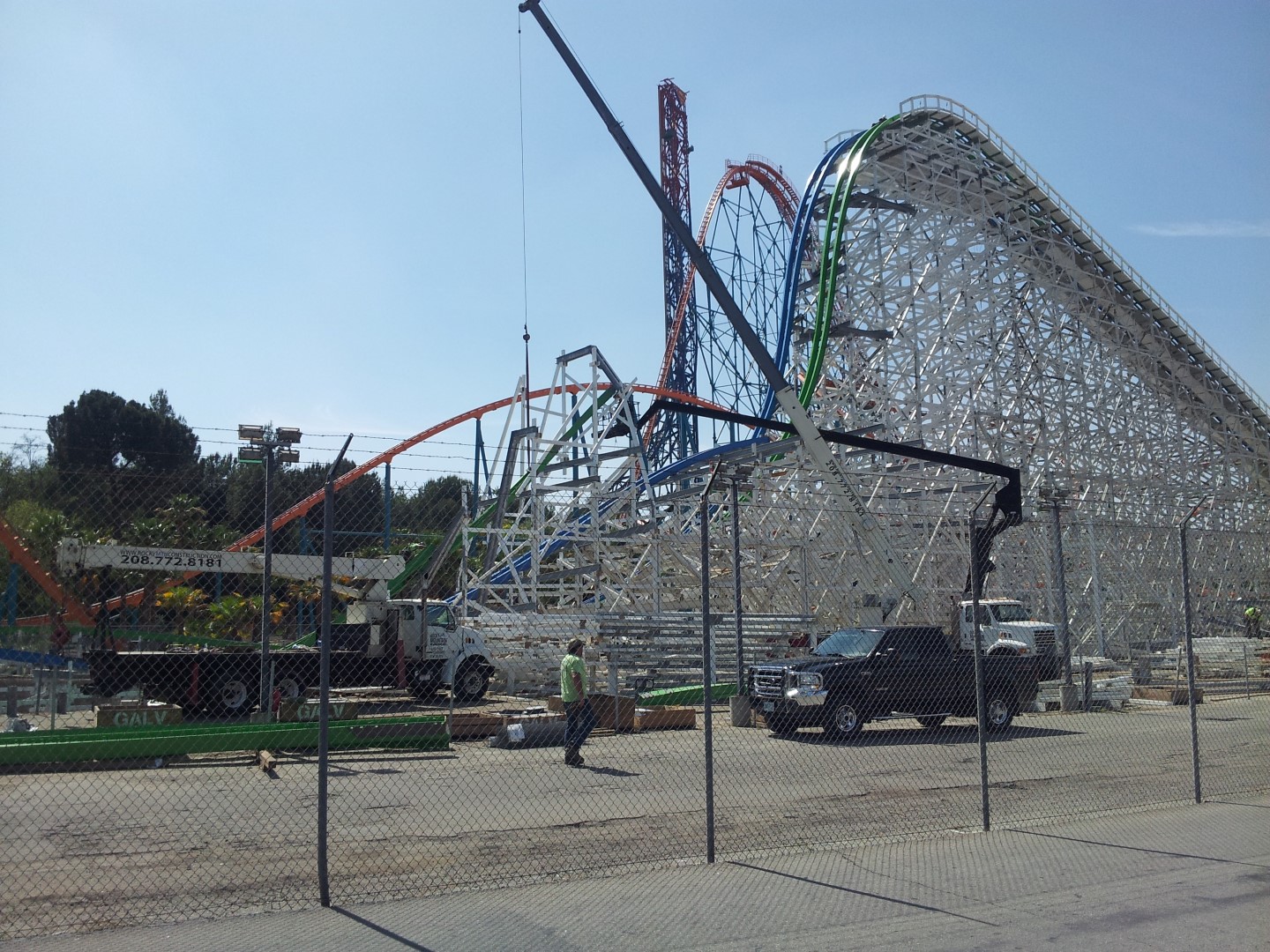 And I’m talking about the green inverting track! The first inversion to go up! 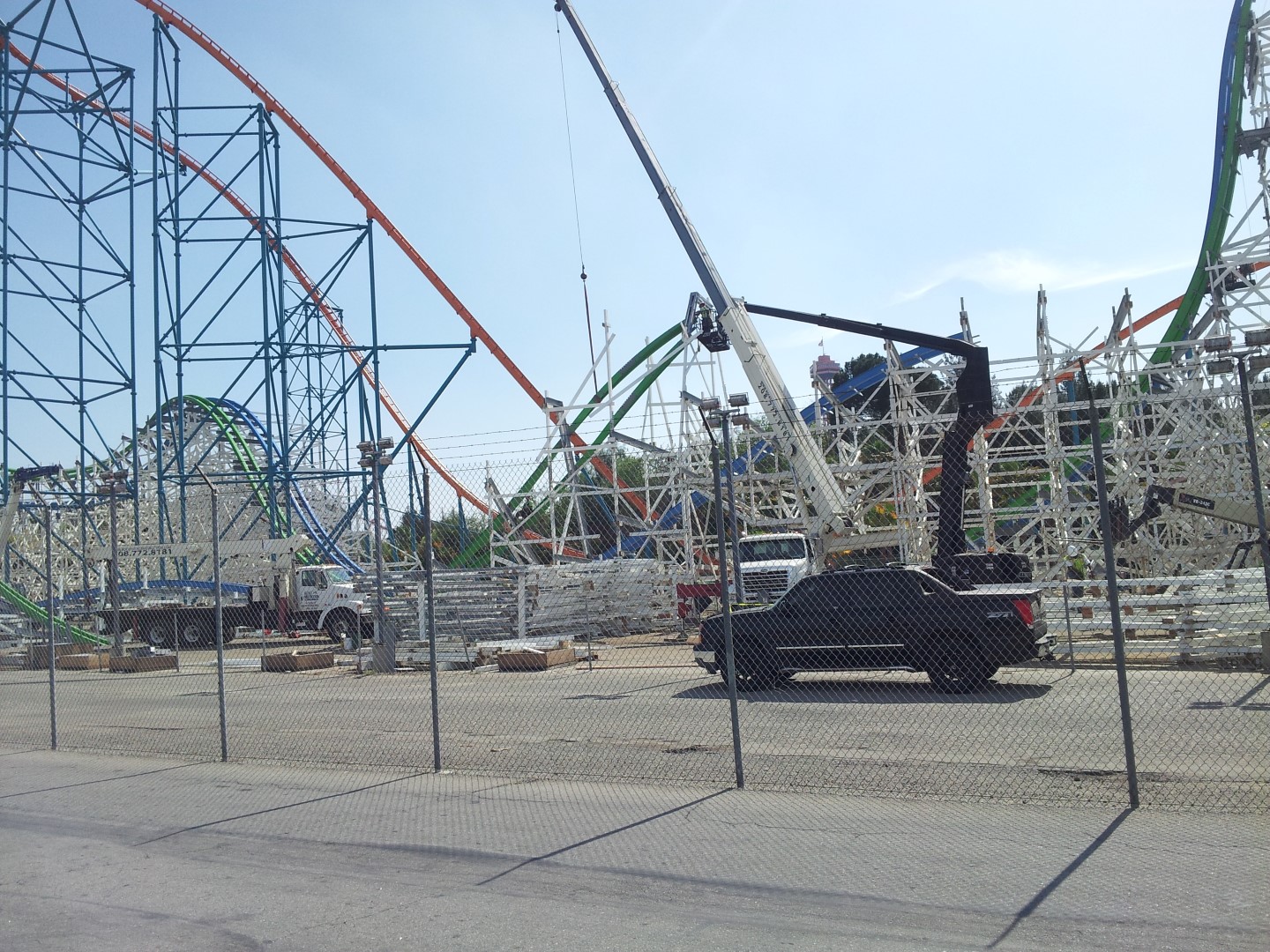 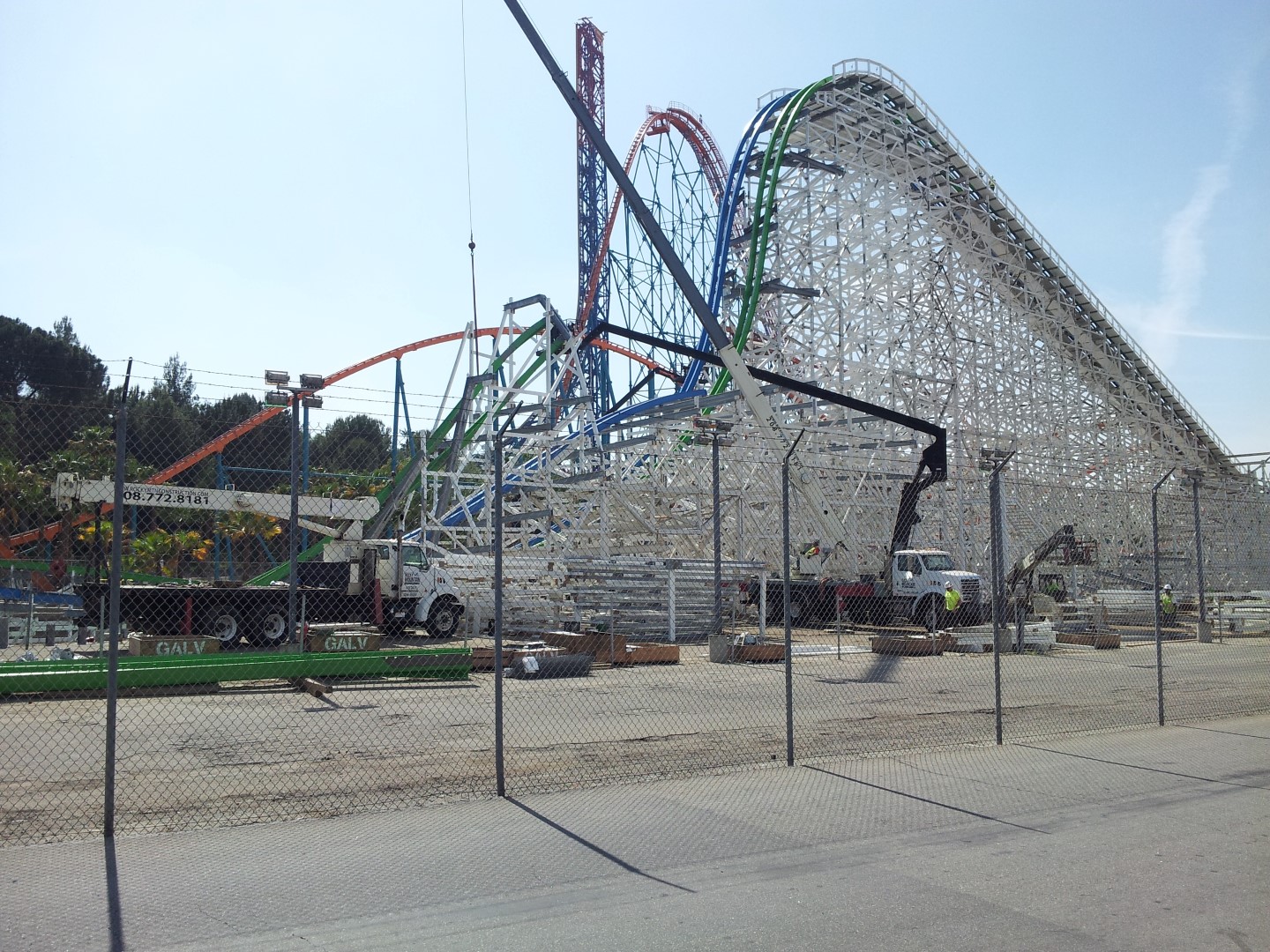 That was it for today’s Twisted Colossus Update! There’s a lot more Screampunk District to talk about. Which I’m discussing in the HUGE new regular Six Flags Magic Mountain Update, which is now LIVE HERE!