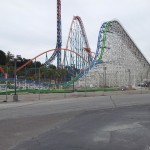 There definitely isn’t as much progress made as the last couple of weeks before. But sure enough important changes to report on Twisted Colossus. There’s a lot of prep going on for perhaps the most complex element of the ride, the Top Gun! For Scream!, interestingly enough the repaint hasn’t been completed yet.

It seems as if Scream!’s repaint has not entirely been completed yet! The support with the mechanism to lift trains onto the track, is still in primer. 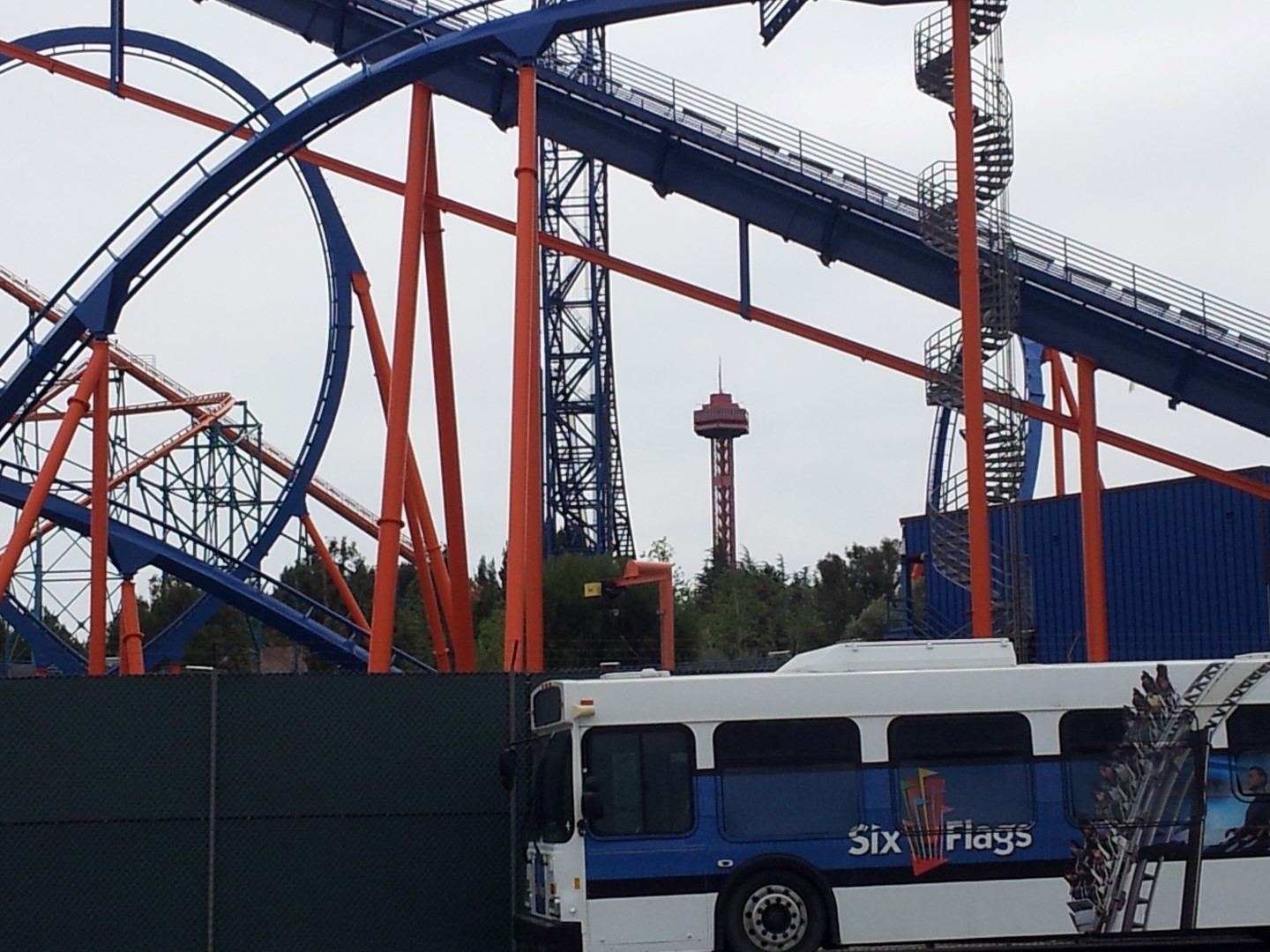 So is the tri-support under the MCBR, 2/3rds of it remains in primer only. I’m sure they’ll finish it sometime soon. It just looked a little off, since I haven’t seen them paint for a while. Having said that, I assume the station will receive some paint, same goes for the plaza and line. 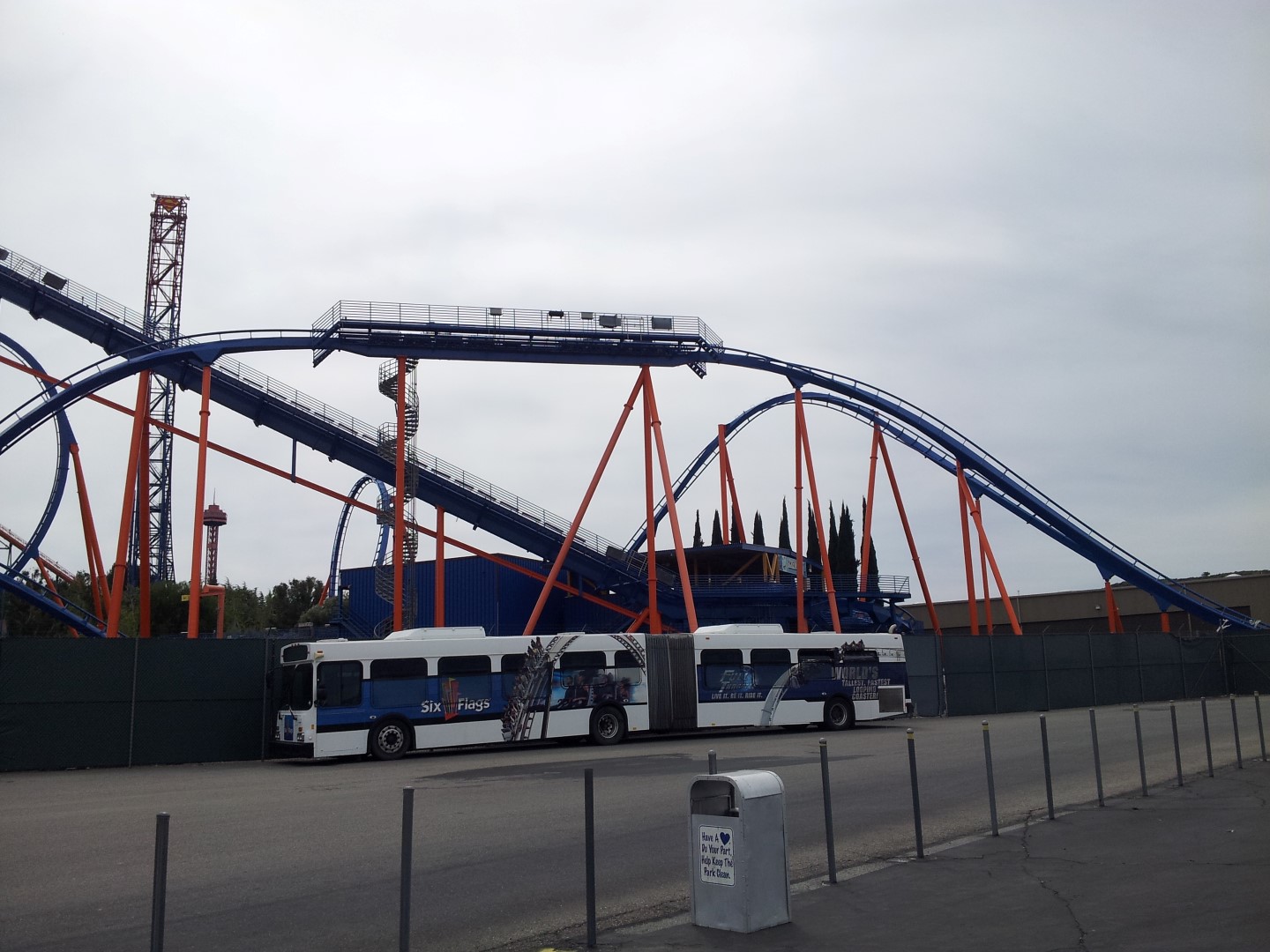 Let’s move on to the construction of the World’s longest Hybrid Coaster! Twisted Colossus! There’s lots of track stored in the old second turn-around structure, which is most likely for the Top Gun stall! 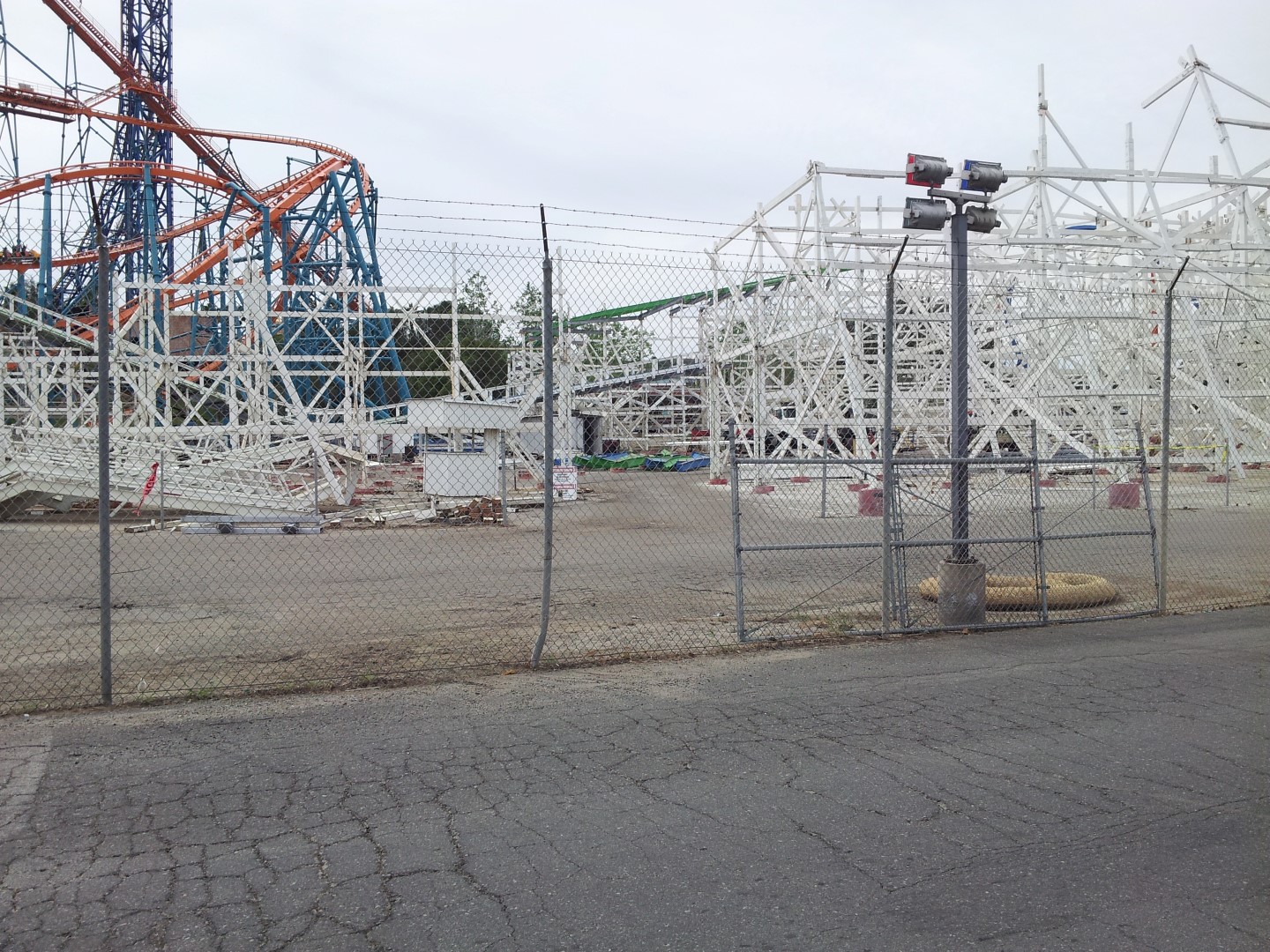 Rocky Mountain Construction has started to put up the structure for the Zero-G-Roll! Some new wood and steel beams have been placed already! 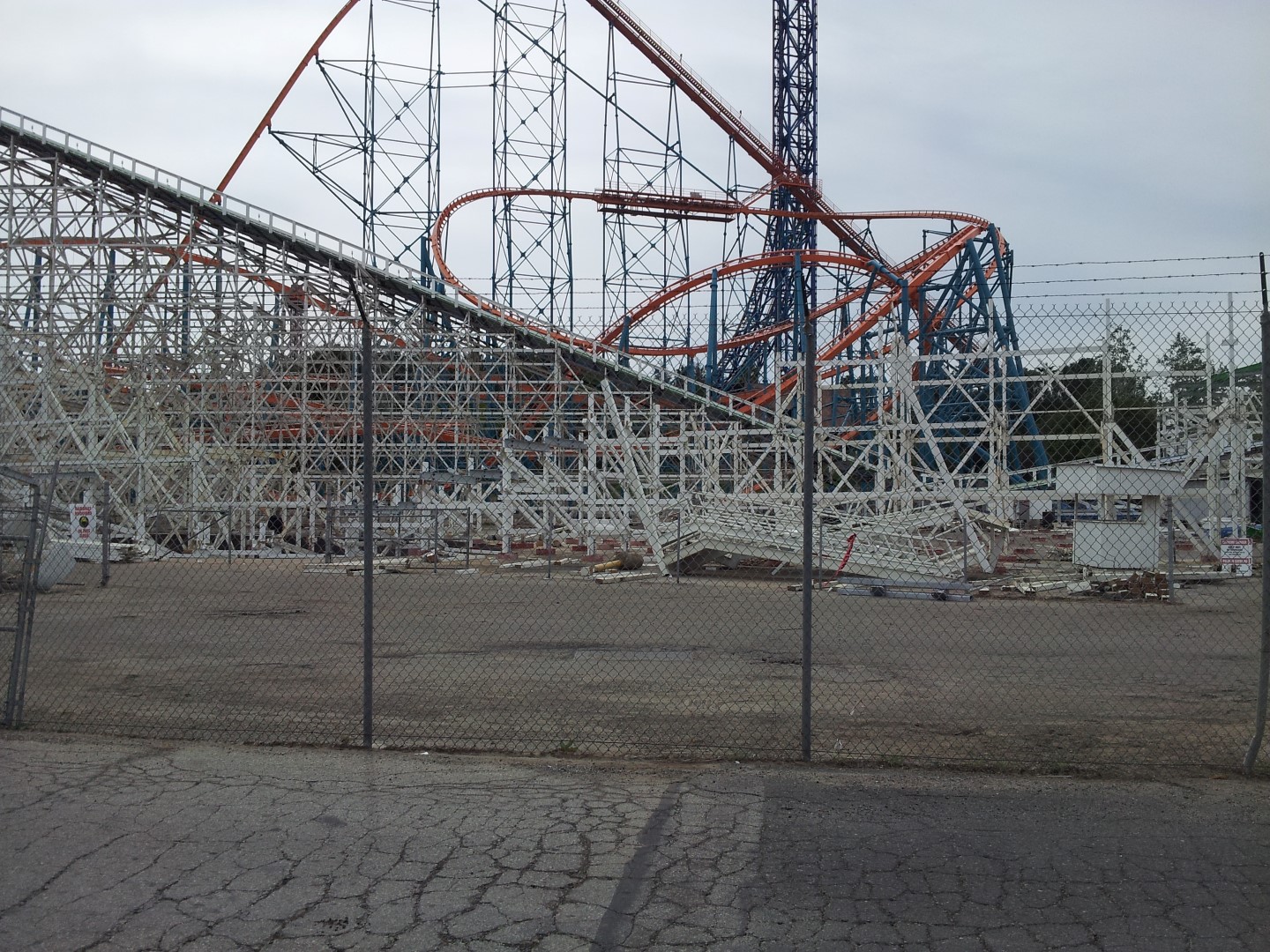 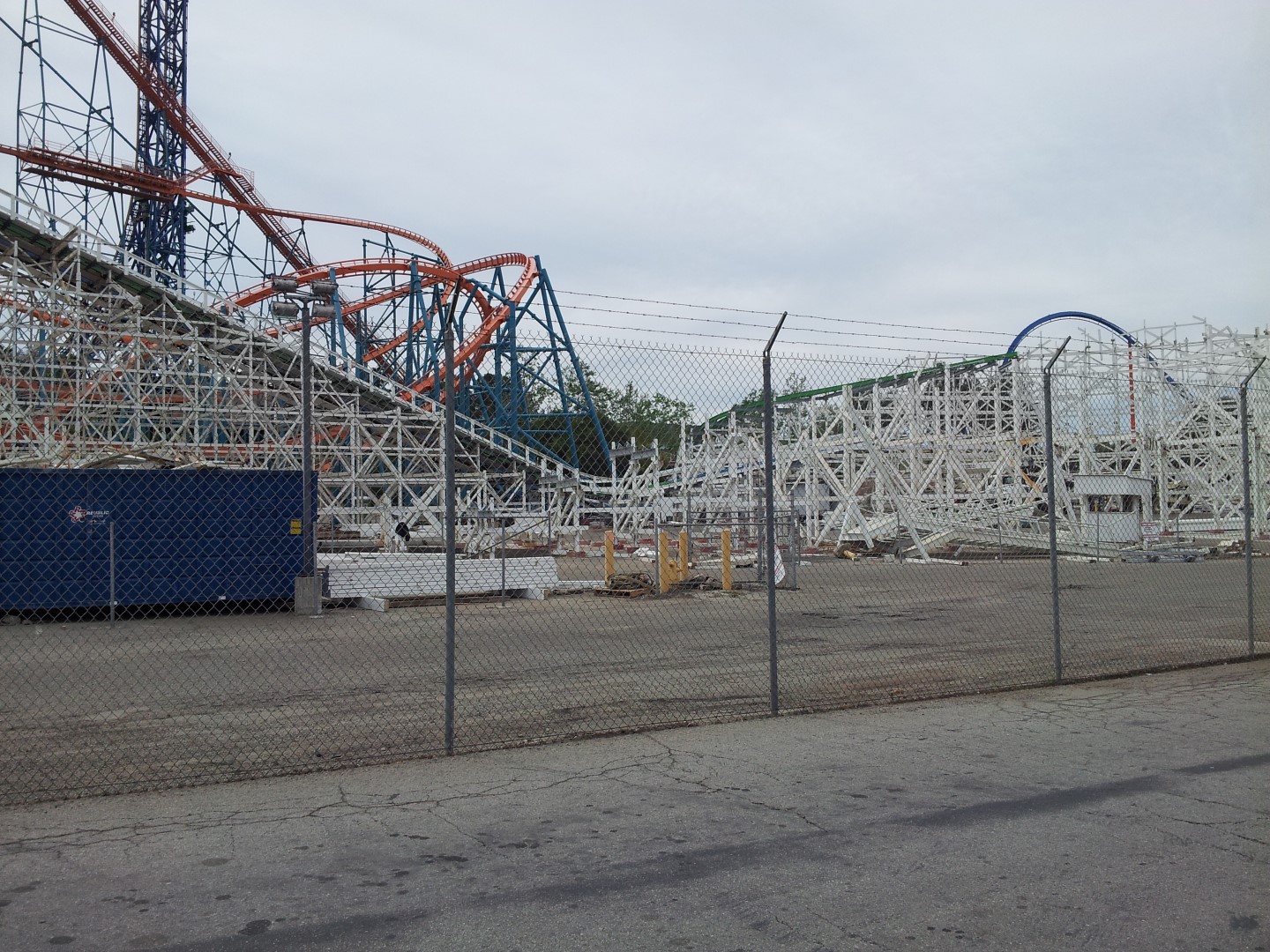 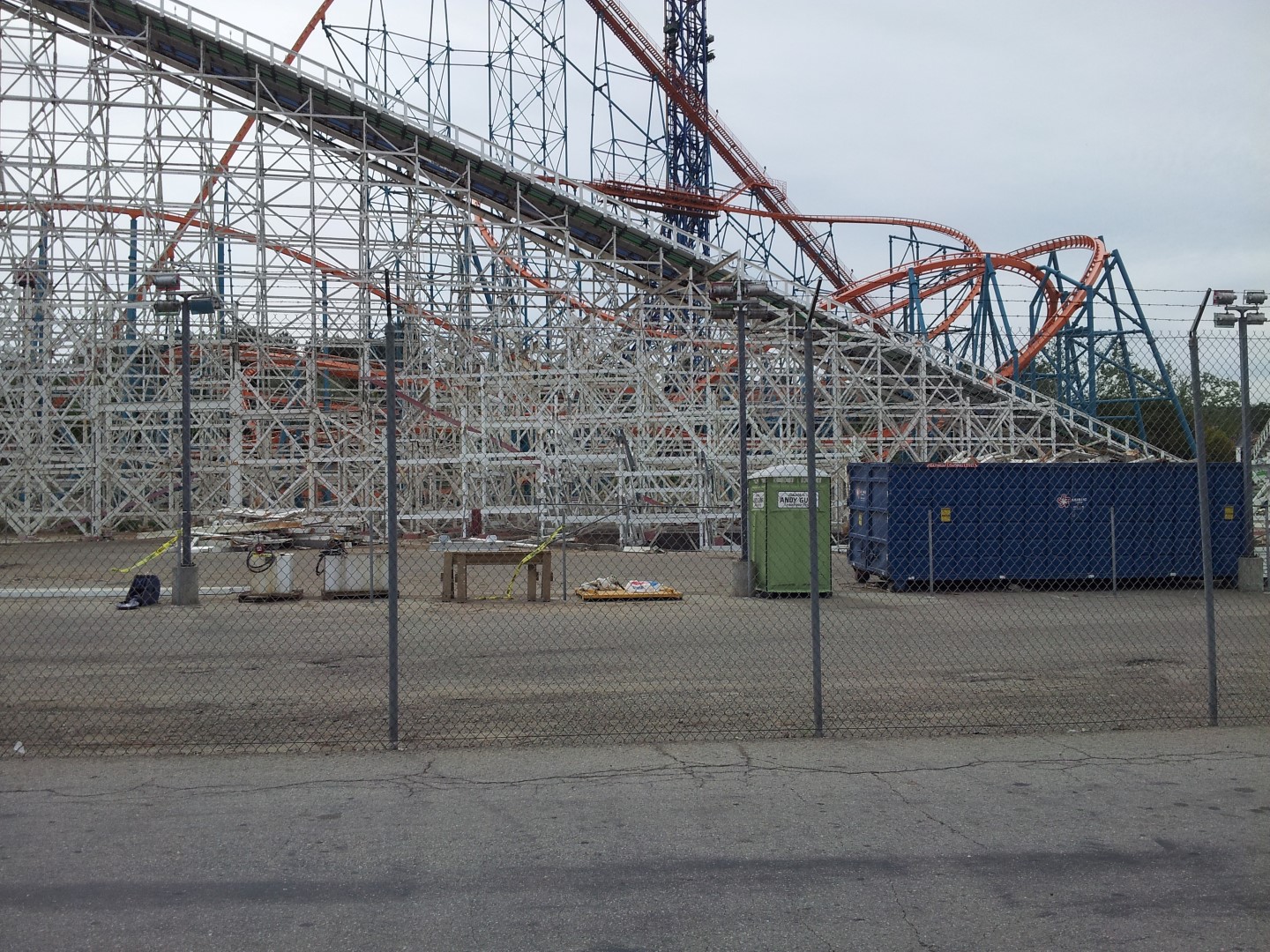 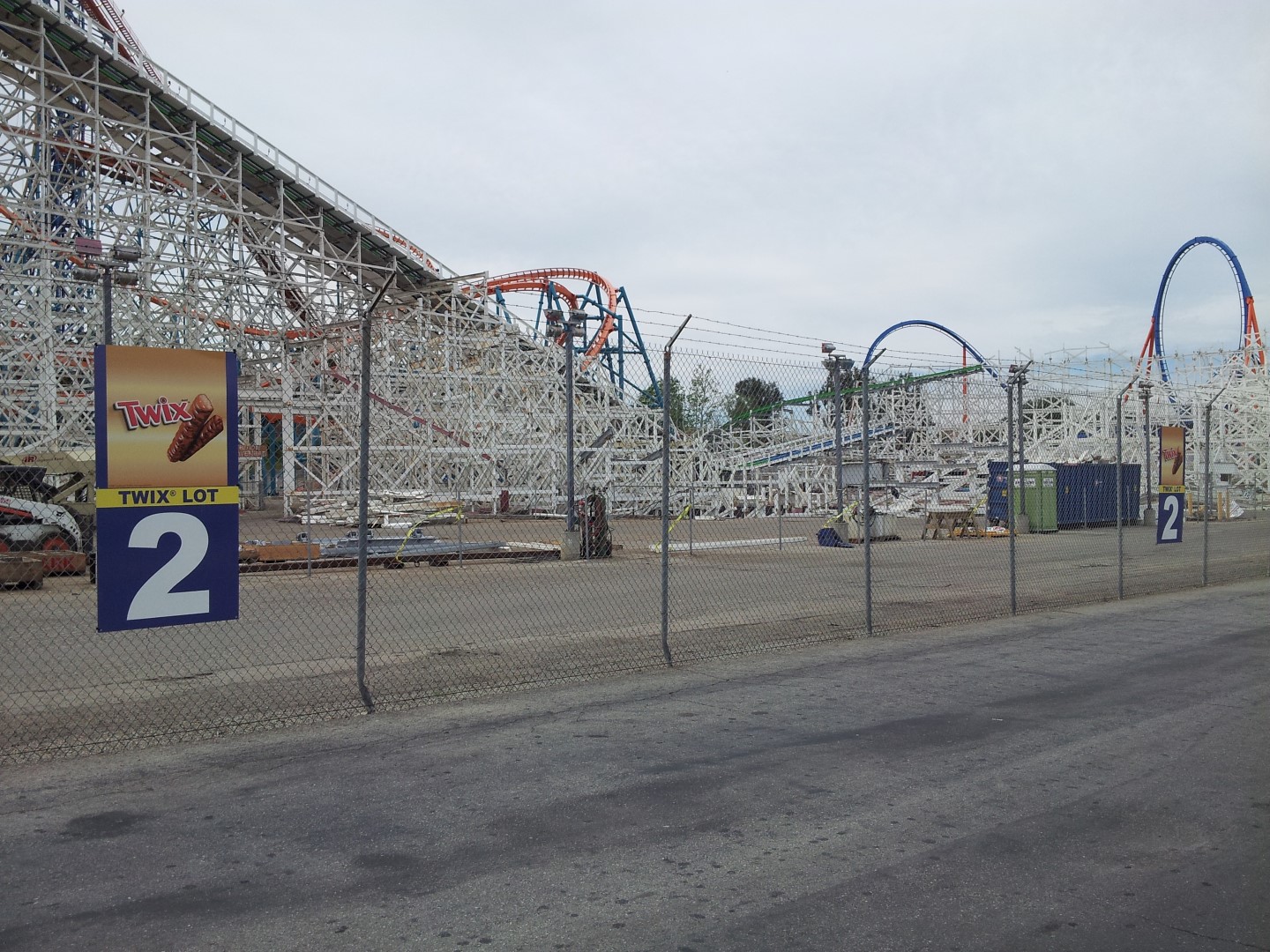 But here’s where most current work is happening. The Top Gun stall, the element that I’m personally most excited for. The blue track has been placed about half-way through the element. 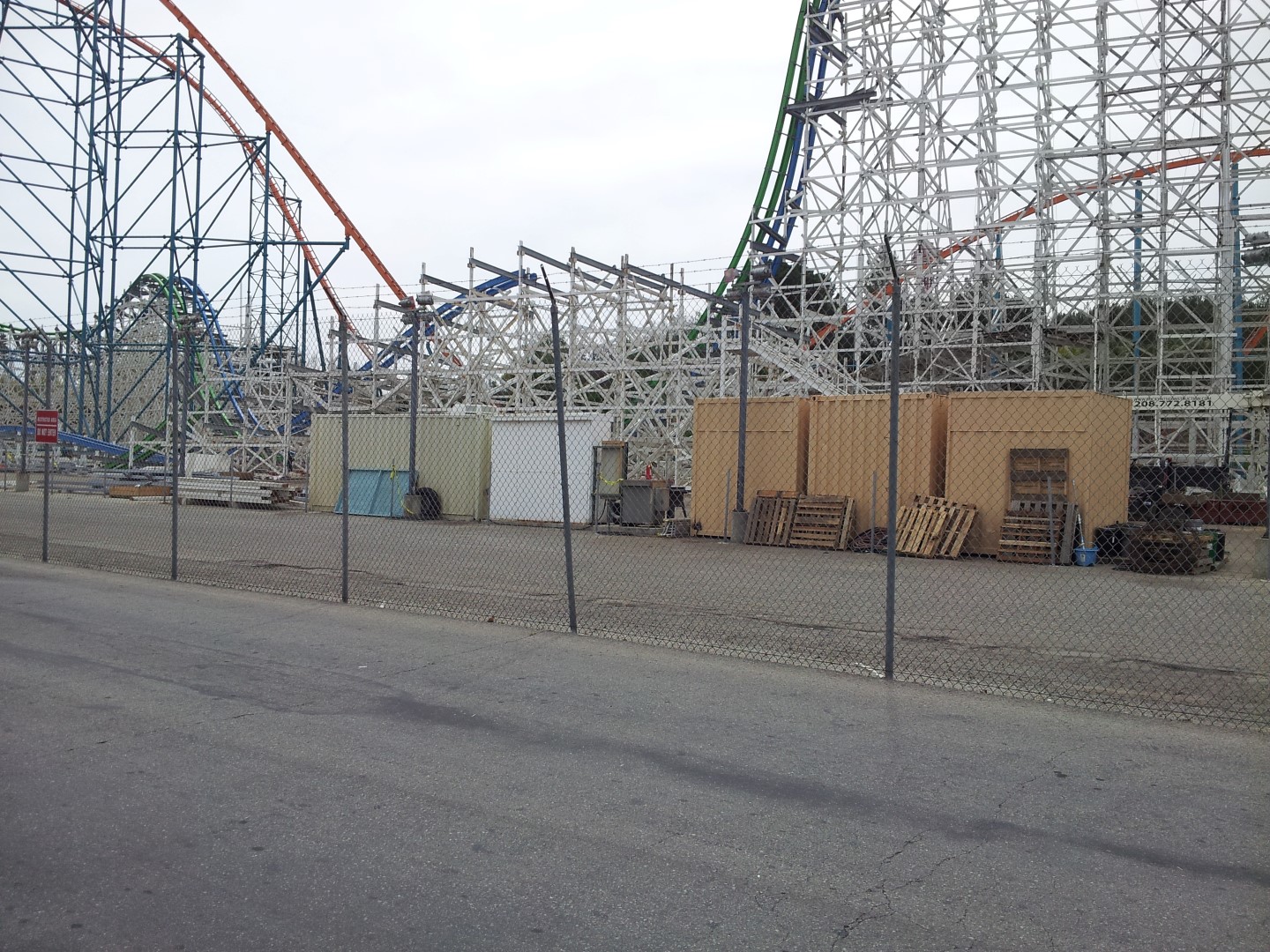 Here’s a whole lot of green track that will have to be built over it, with a new wooden structure. Which is probably why this element will take quite a while to construct. I therefore do not expect this element to be finished very soon, but you never know with the huge RMC crew that works on the ride six days a week! 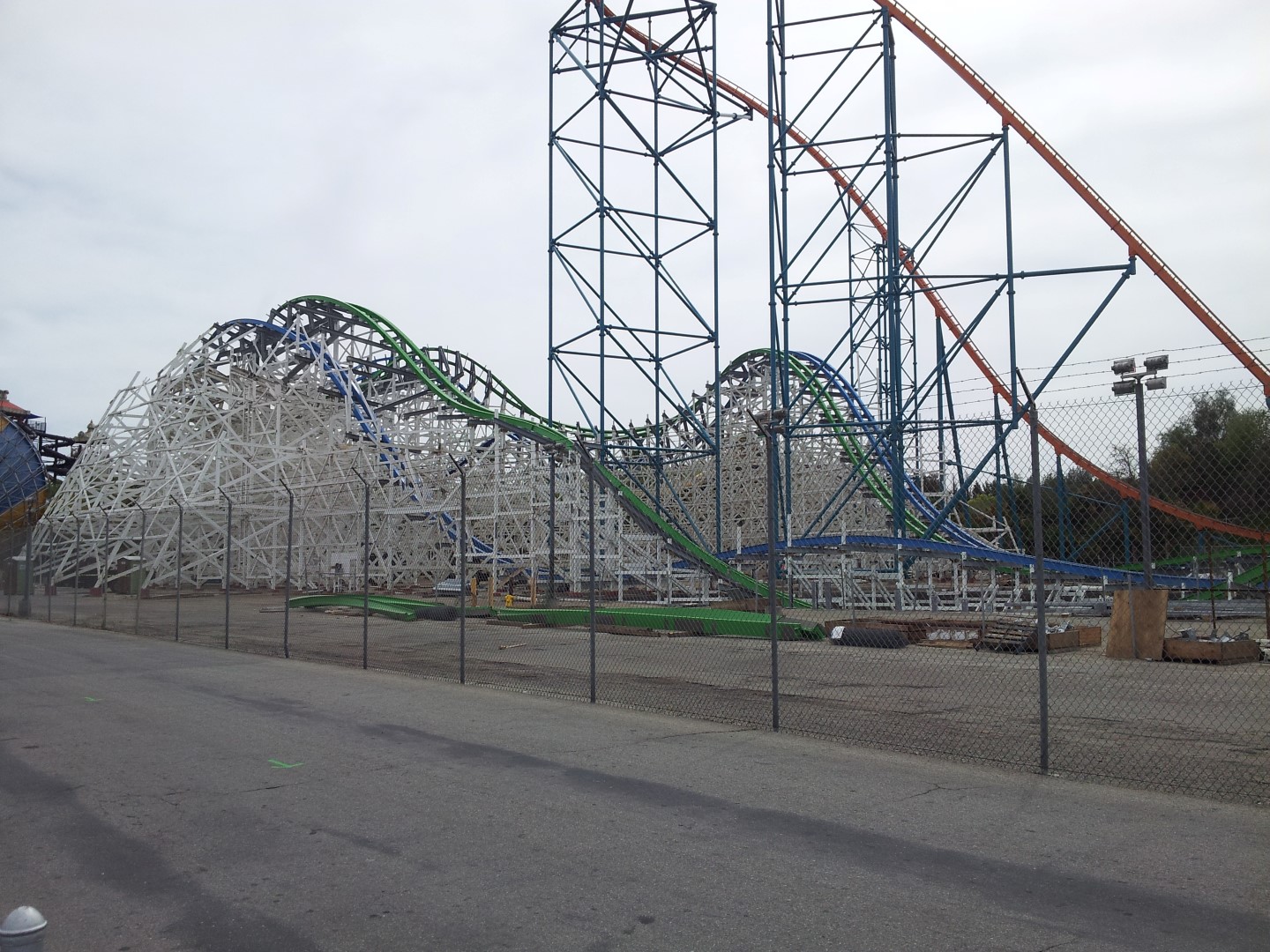 The beginning of the green track for the element has been placed. 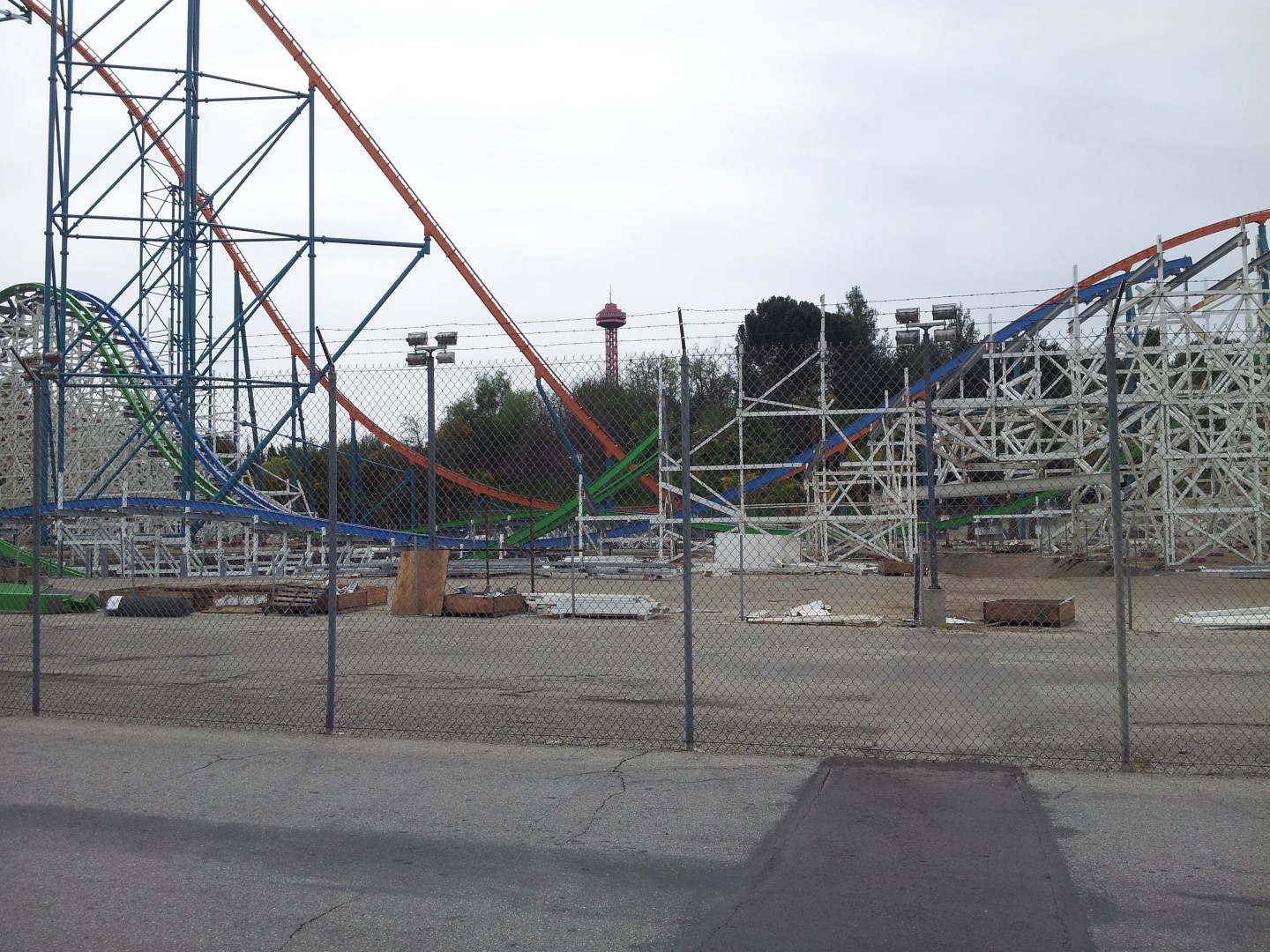 Looking at the track that’s already been placed, and realizing that the green track will be towering over the blue with quite some feet in between, I realized that the Top Gun will be quite tall and massive! Can’t wait! 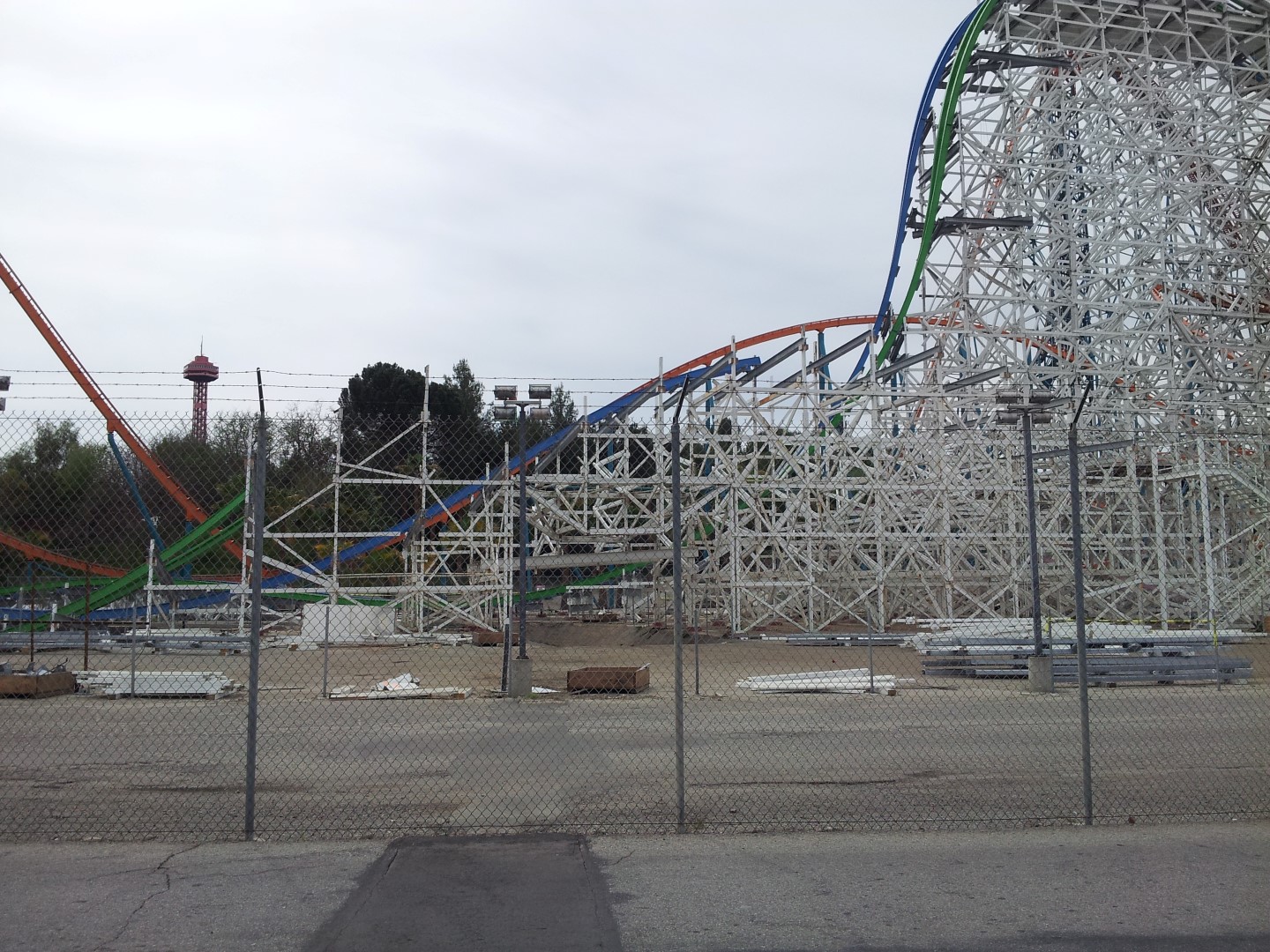 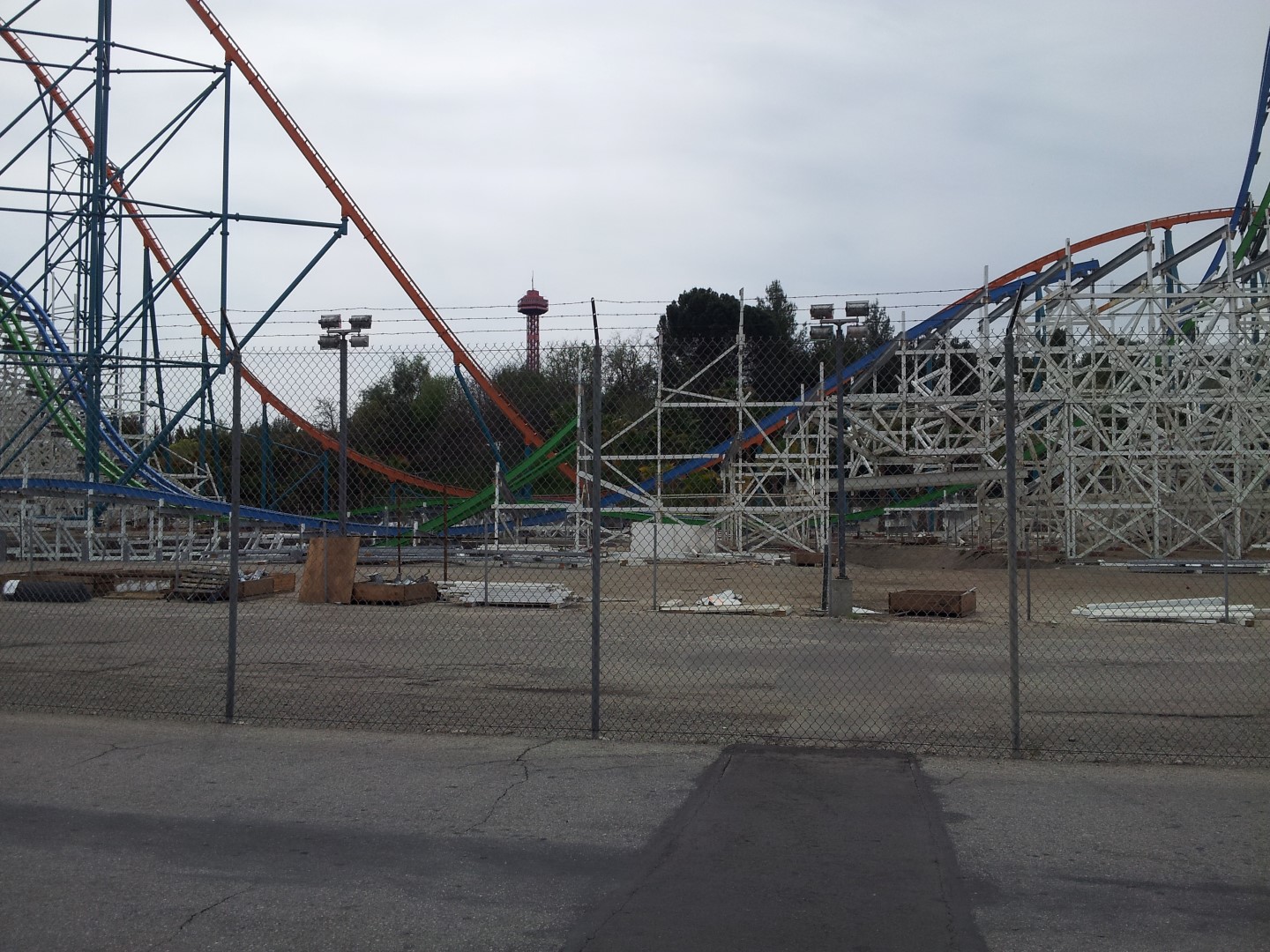 Here’s a better look at the track, and for those who just started checking out my weekly Twisted Colossus Updates, here’t the amazing Double-Down, that will be filled with twisted ejector-time! 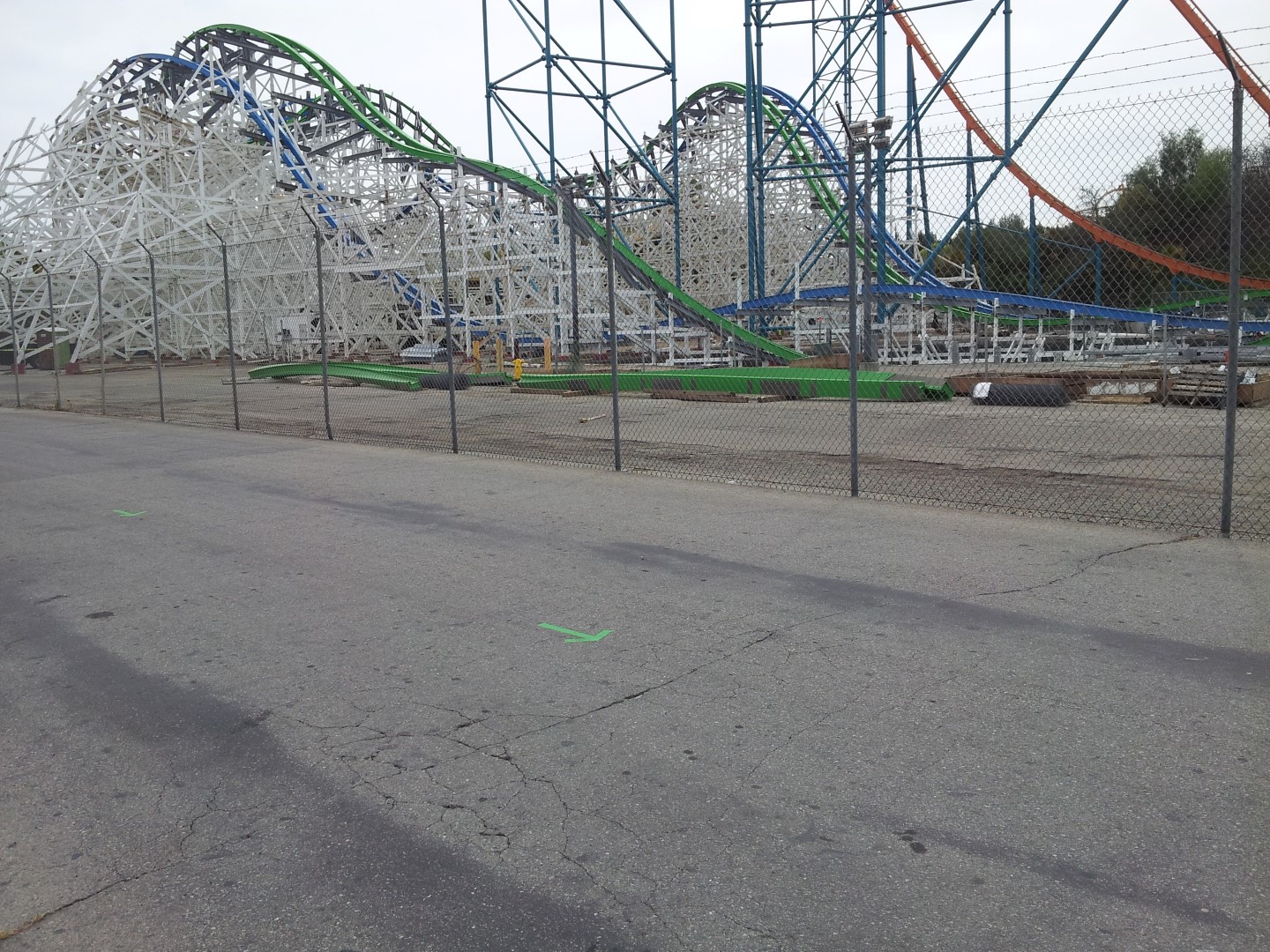 Here’s a good shot showing how the full Twisted Colossus Image is slowly becoming reality! With the drops and the current construction of the first ever Top Gun! 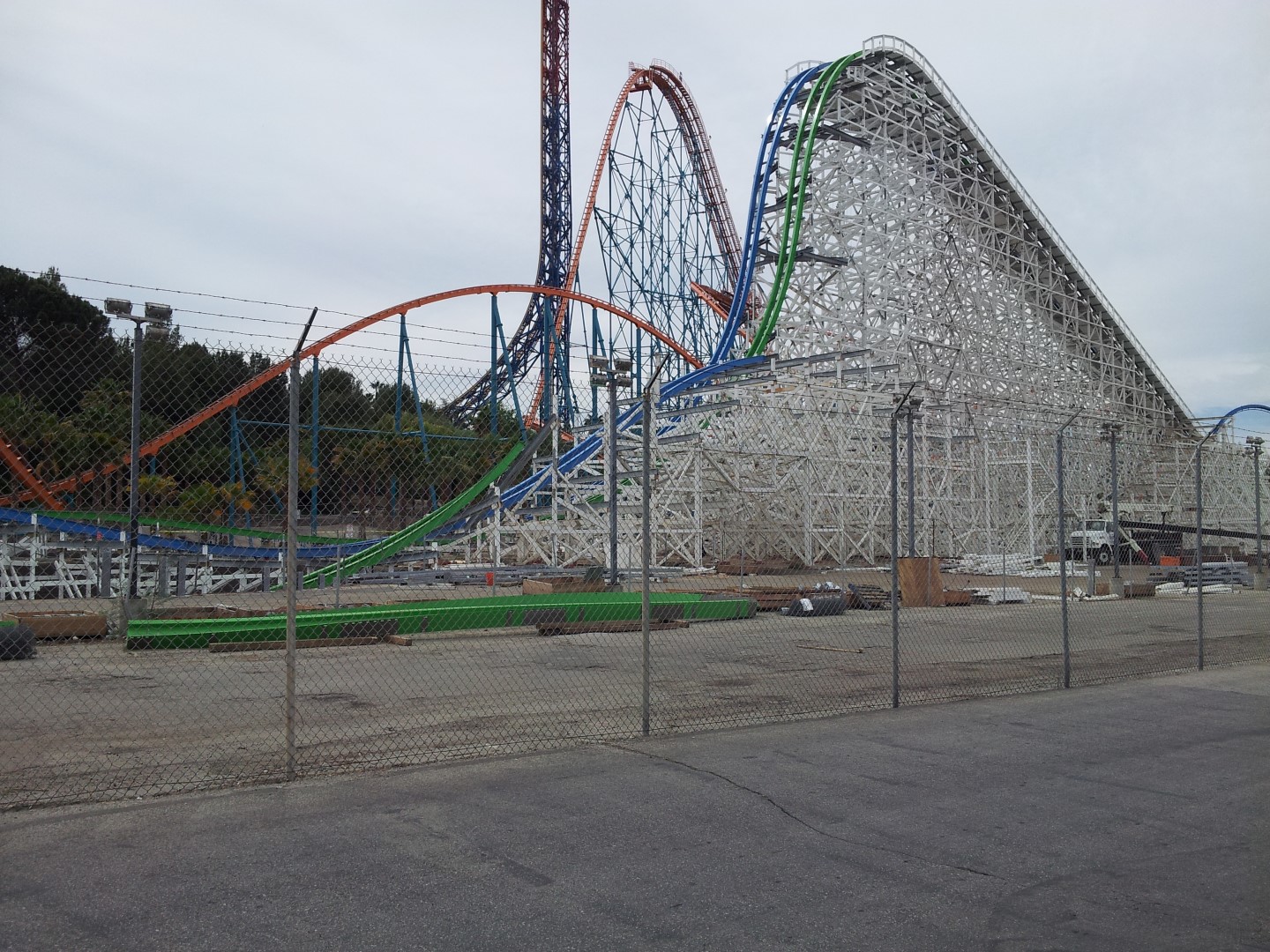 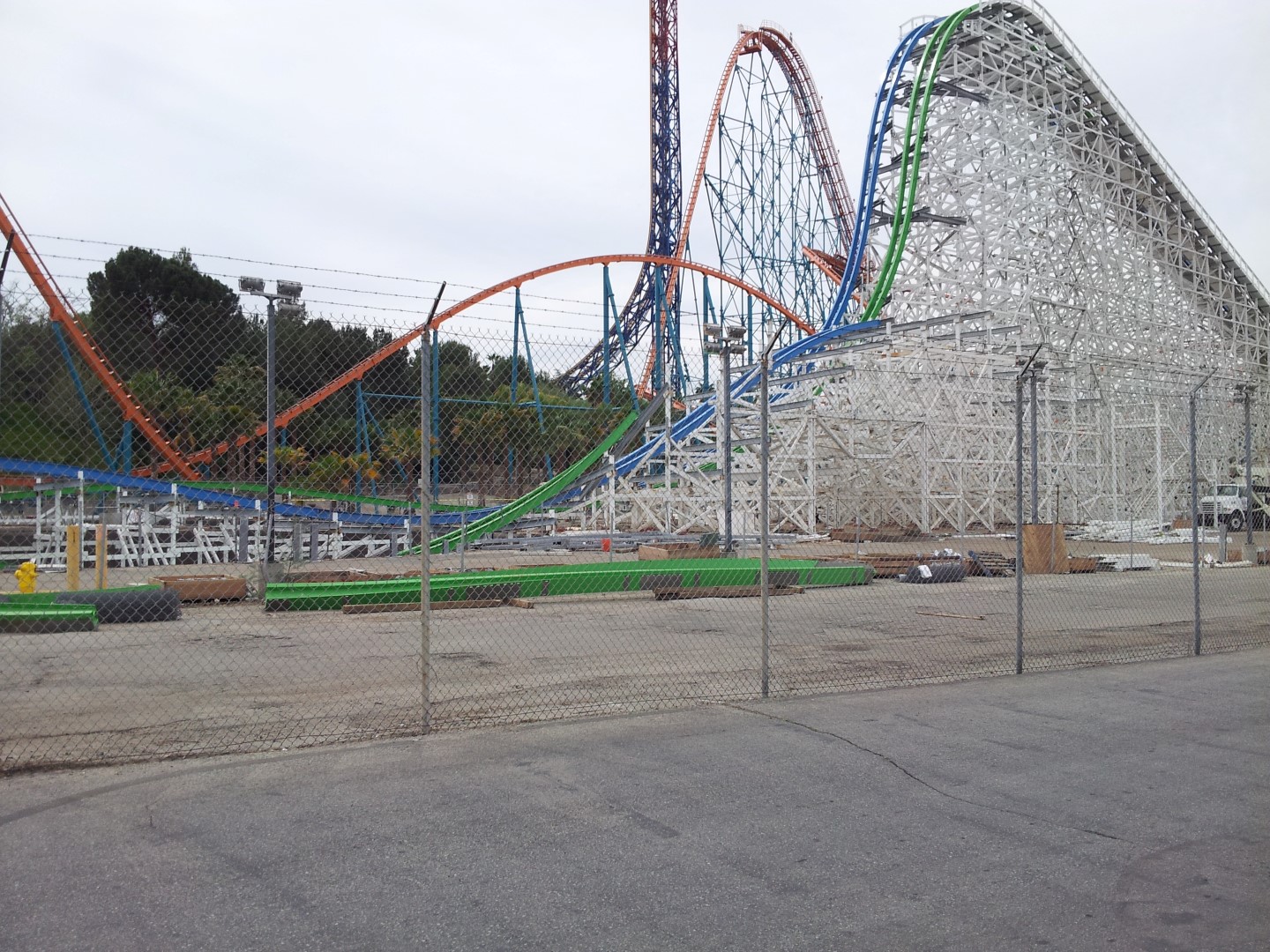 Seeing the twisty-ness of the green track piece below, I have a feeling this is the next green piece to go up, as the Top Gun quickly inverts to have a stalled inverted track over the blue track below. 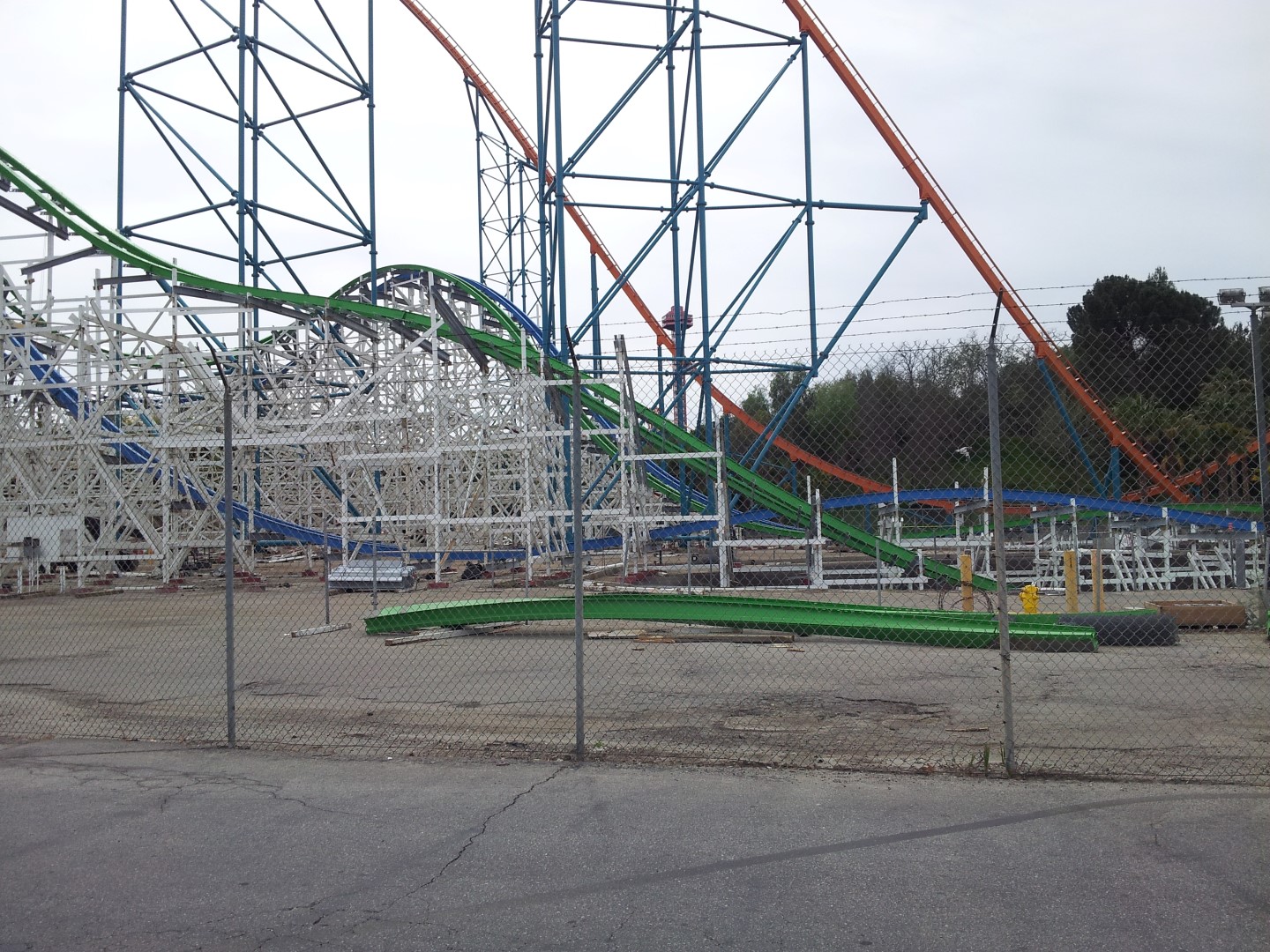 One last shot of Twisted Colossus, World’s longest hybrid coaster, and perhaps the most spectacular looking one, as well! 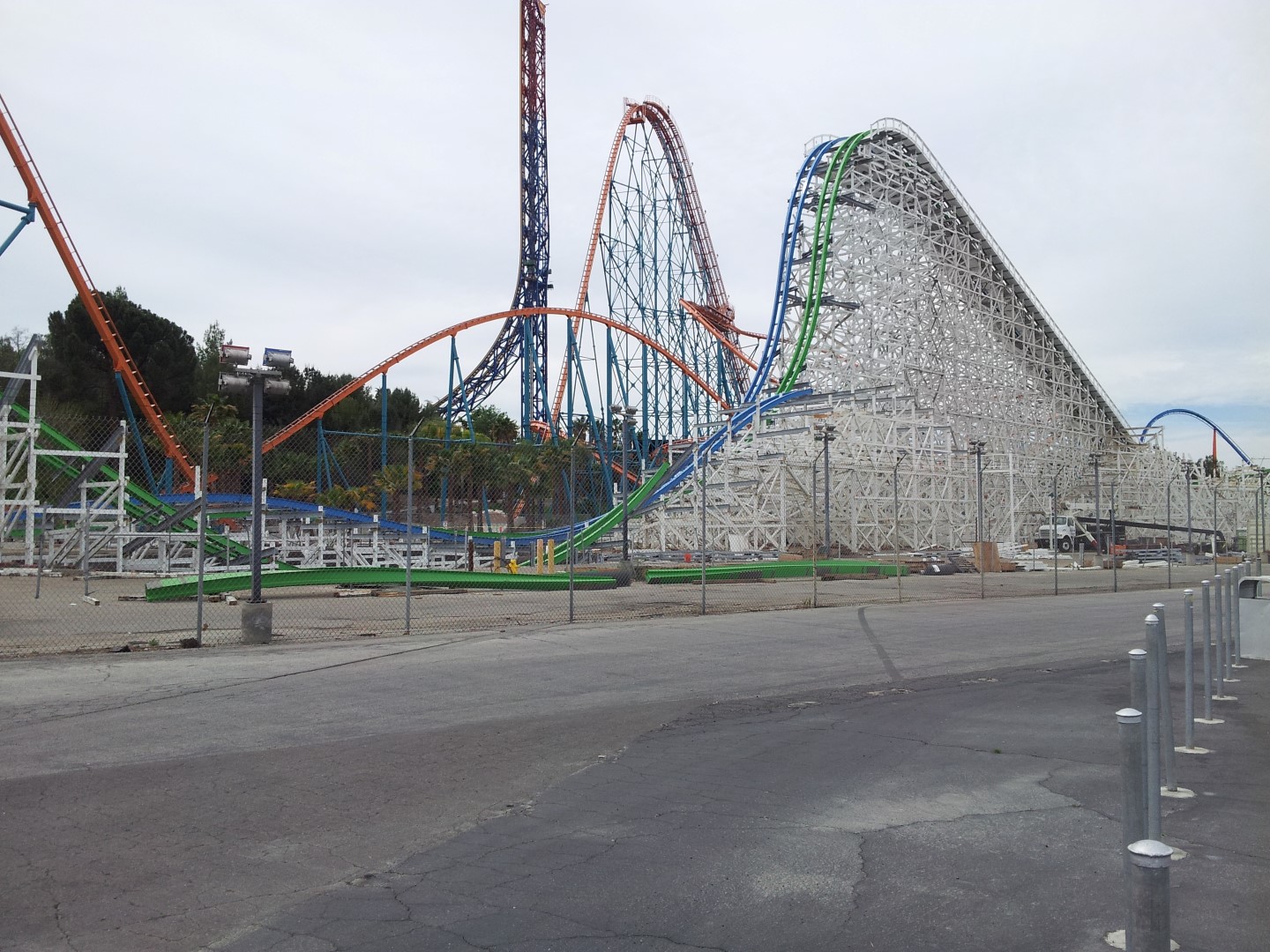 Thanks for checking out this week’s Twisted Colossus Update! Comment your thoughts!

I was at Universal Studios Hollywood yesterday, and got a pretty interesting update, which you can check out by clicking here! The actual Six Flags Magic Mountain Update from today is now live as well! Check it out, here! And for the most recent backstage tour of Twisted Colossus and Scream!, click here!