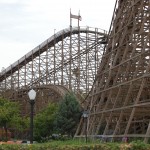 We were very happy to be back at California’s Great America for another update, and good thing we were as there is a lot going on. Huge numbers of school trips were at the park, major construction is being done, new theming has been added, and an old ride is getting a new look! So, I could fill this intro with so more nonsense, but I think we’d both much rather get started with this update, so let’s do it!

As mentioned above, huge numbers of school trips were at the park, with about 50 (No exaggeration) buses in the parking lot to show for it. Now most of them were on their way out when we arrived at the park a little past three, so crowds were actually quite light, and the crowds there were were mostly the remainder of the school trips. 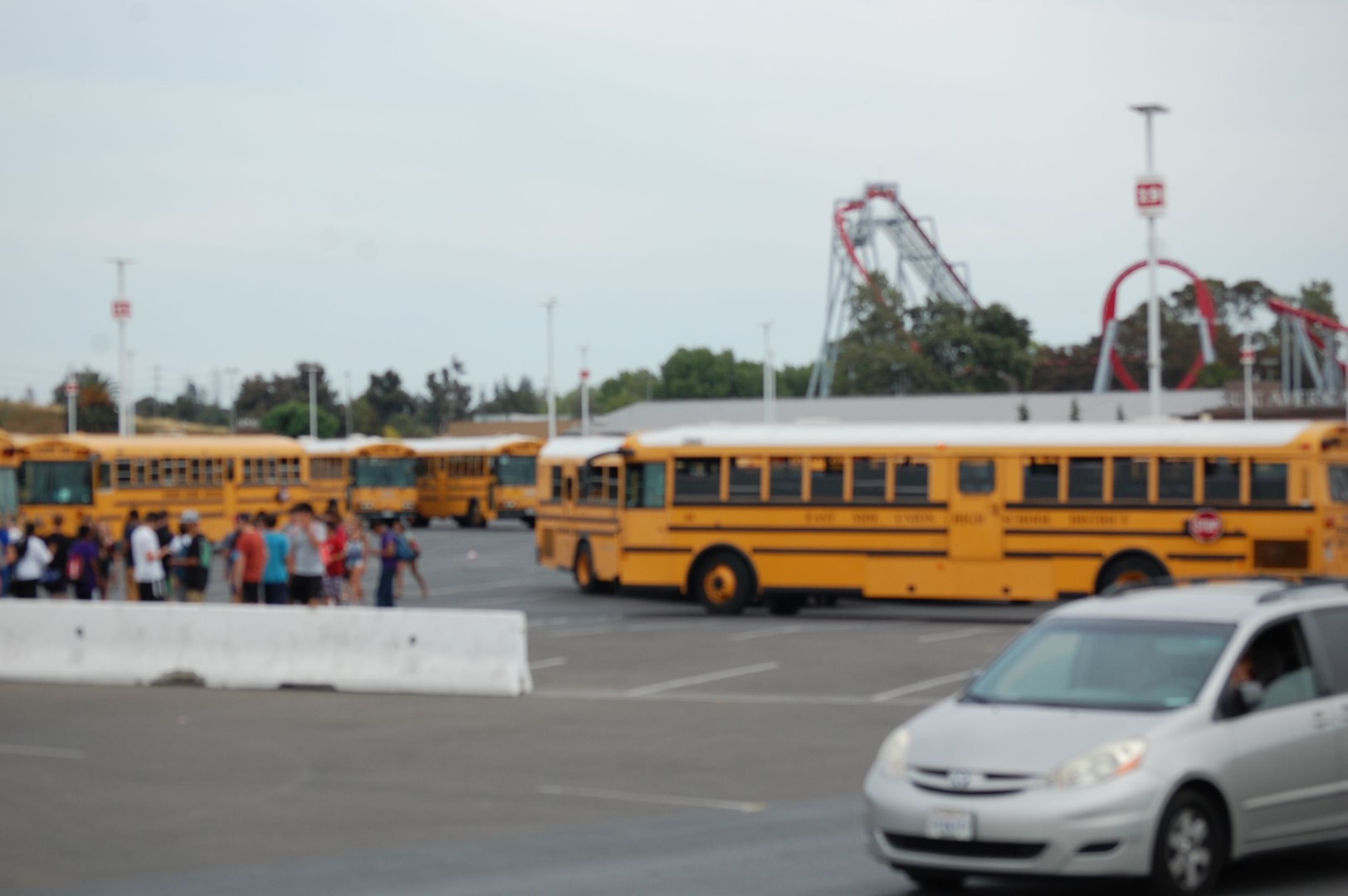 Another reason for the lighter crowds when we arrived may have been the fact that our local basketball team the Golden State Warriors are in the NBA finals and had a game at 6:00. Unfortunately they lost (Didn’t know you could slide tackle in basketball Lebron…). 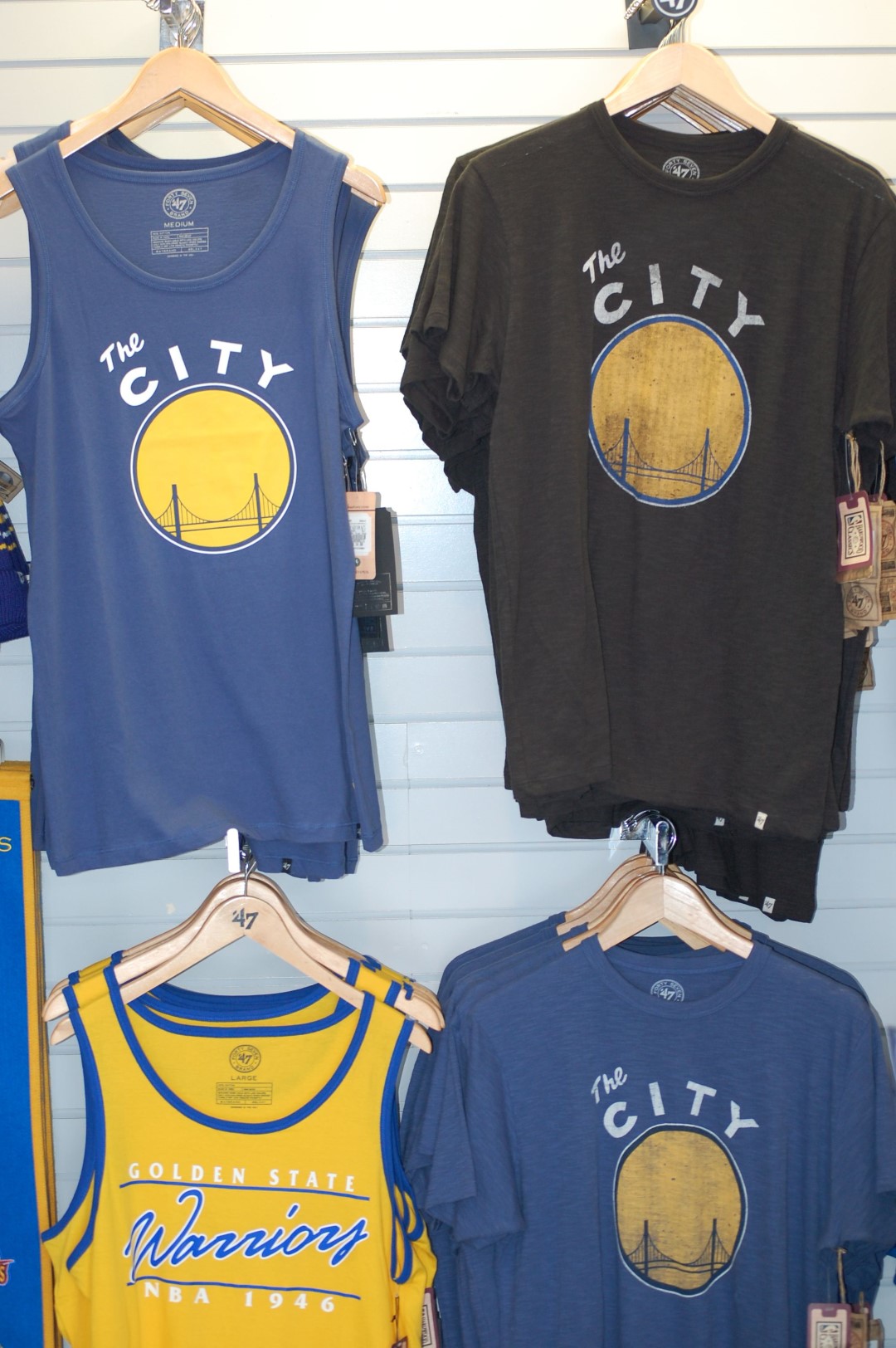 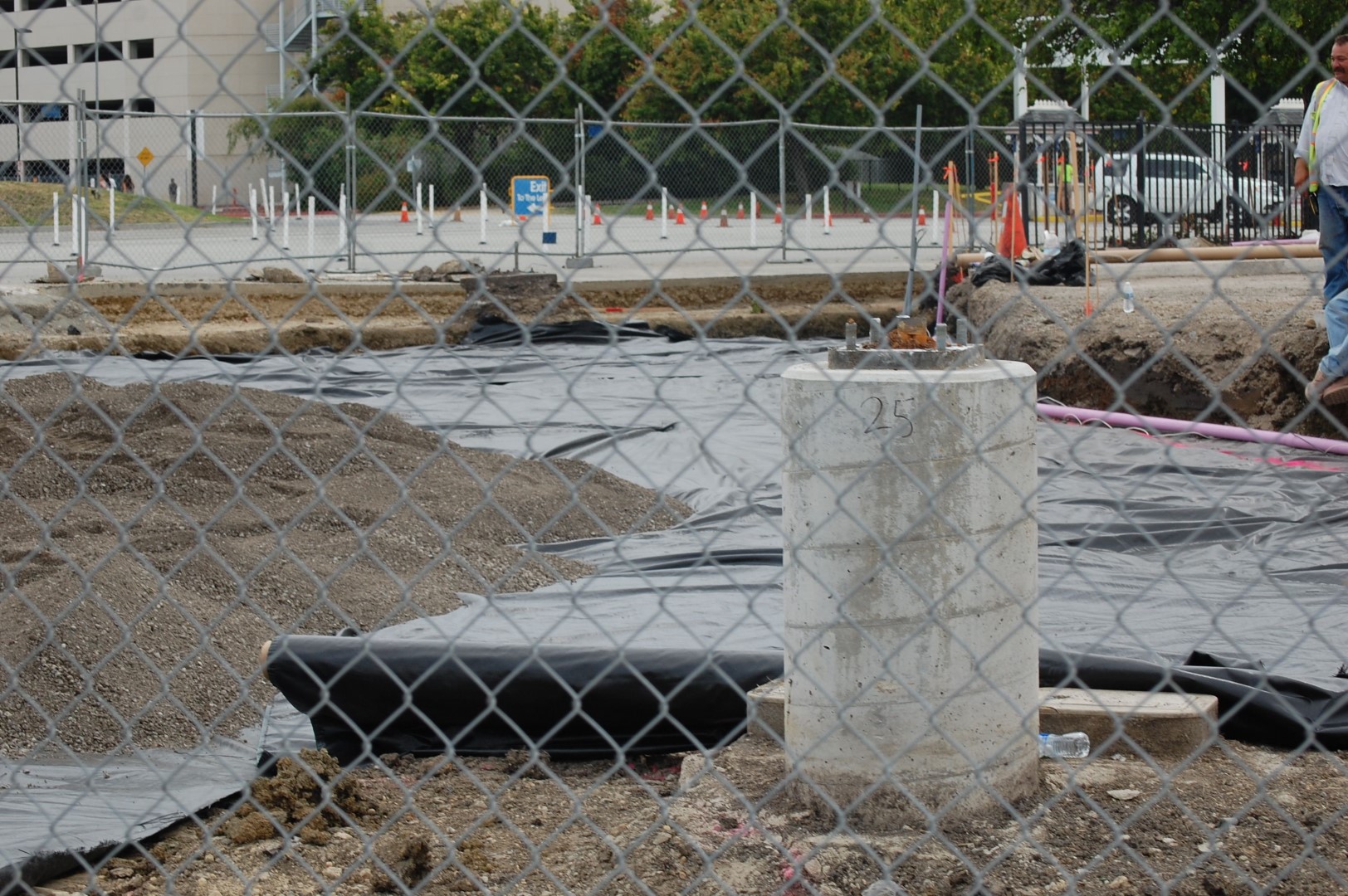 The path is almost entirely torn up with huge mounds of dirt all over the place. They were working on it further when we were walking by. We’re not sure exactly what they are doing, but a refurbished path and parking lot can’t be a bad thing. We will investigate, more on it in our next update. 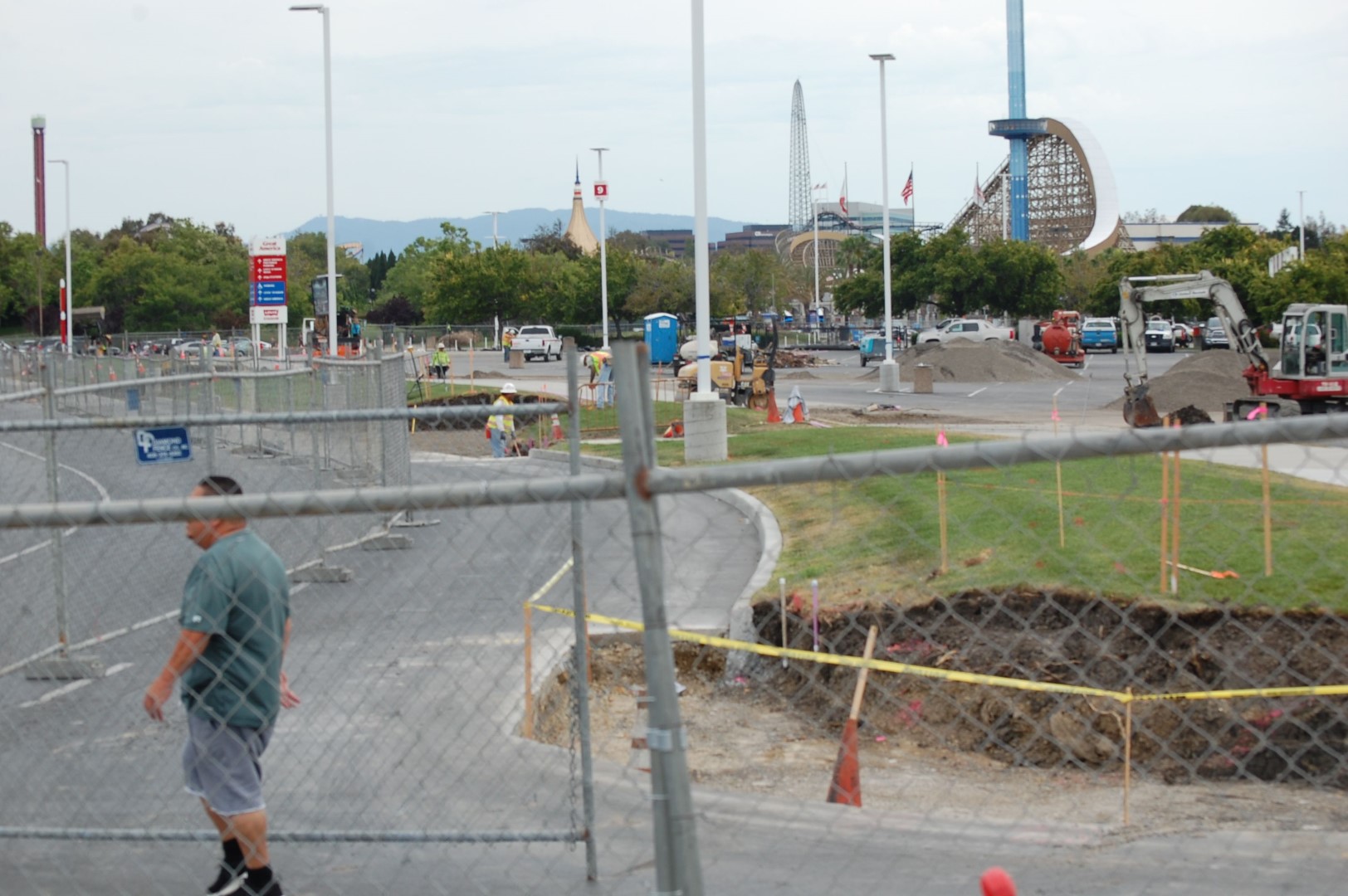 Let’s start in Boomerang Bay! Lines were pretty short by the time we got there, but crowds throughout the midways and in the wave pool were still pretty dense.

The main slide complex and the twin body slides were essentially walk-ons (or should we say walk ins?). 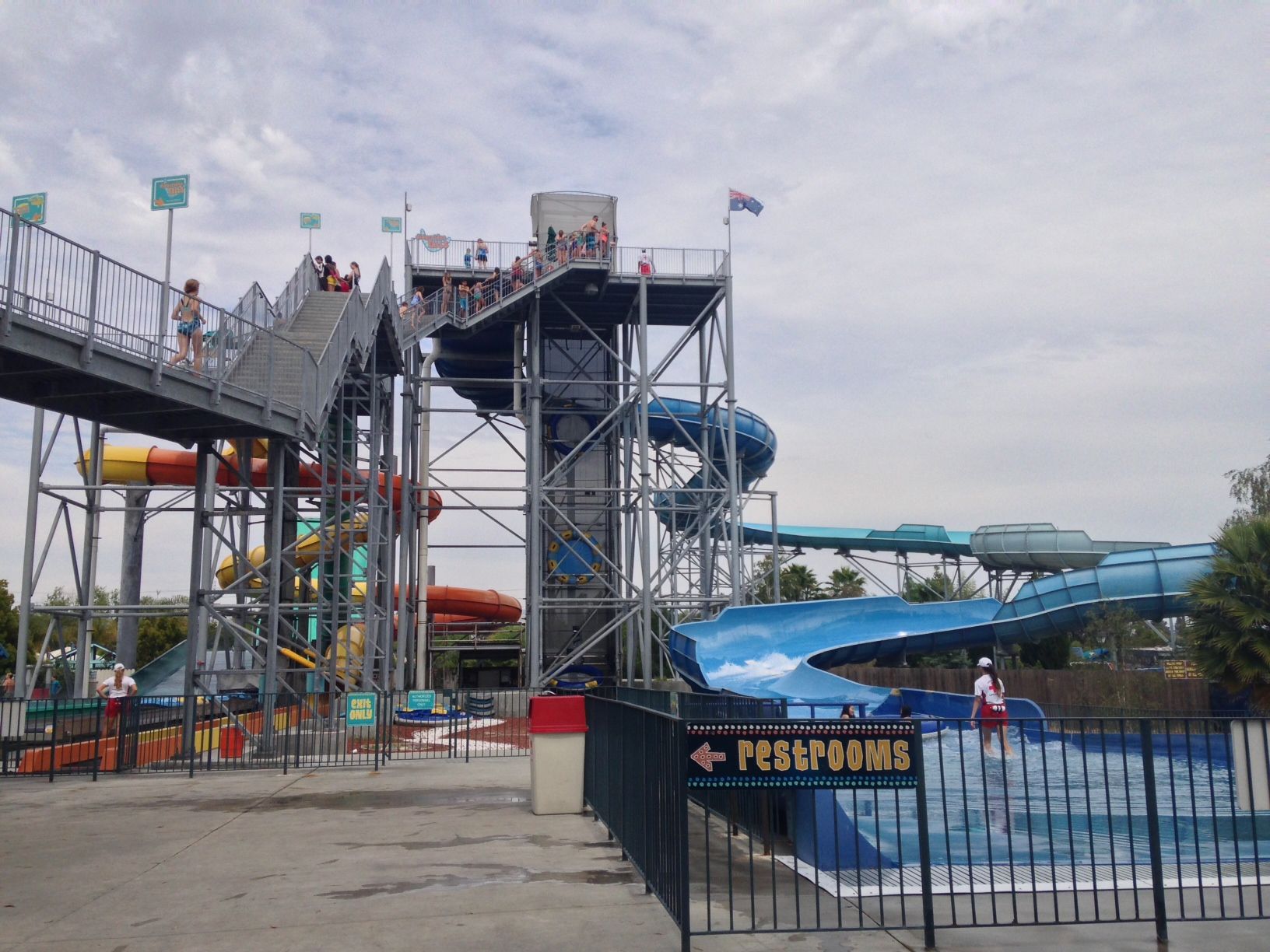 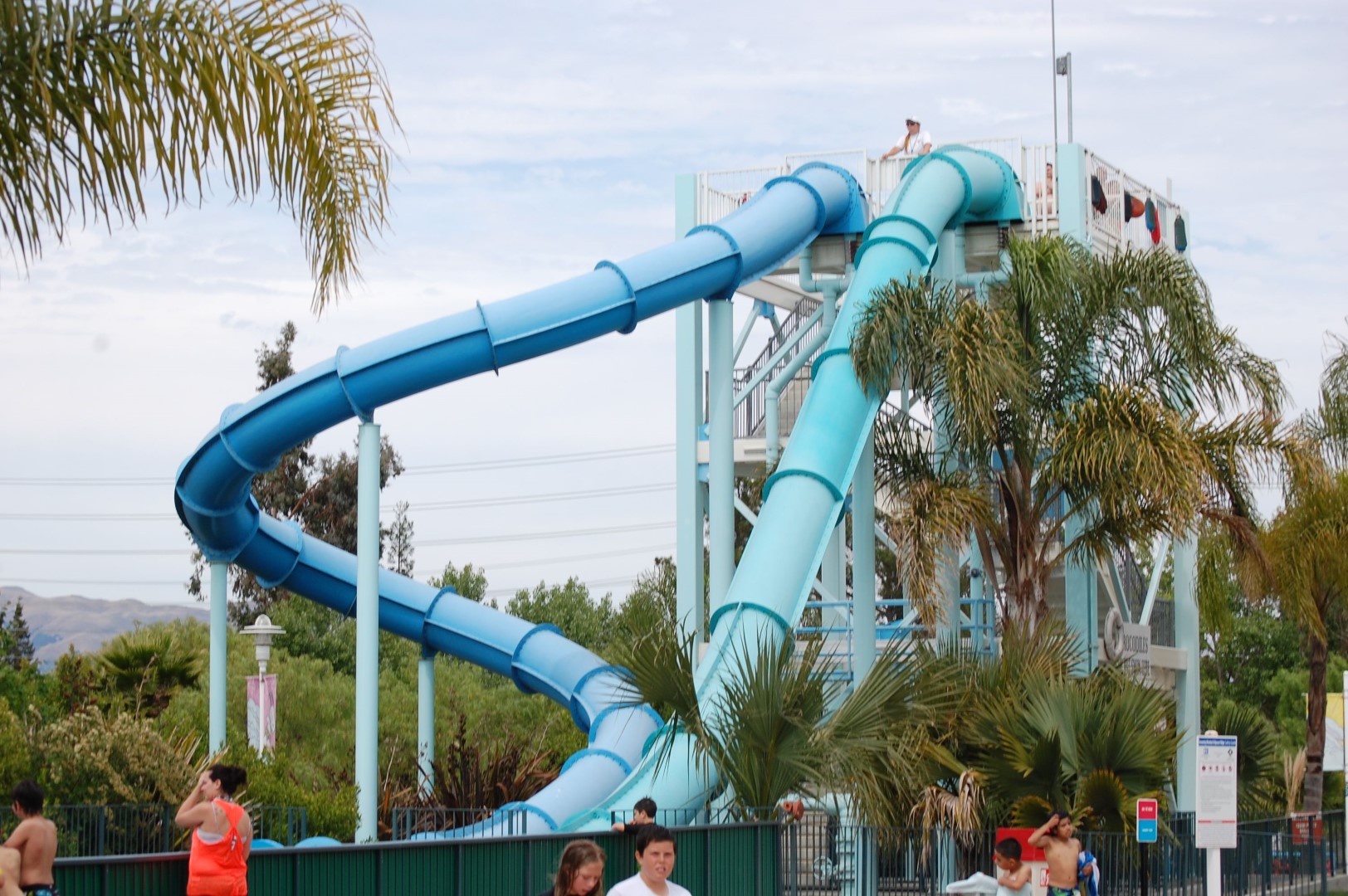 The kids play area was still getting a lot of use however. 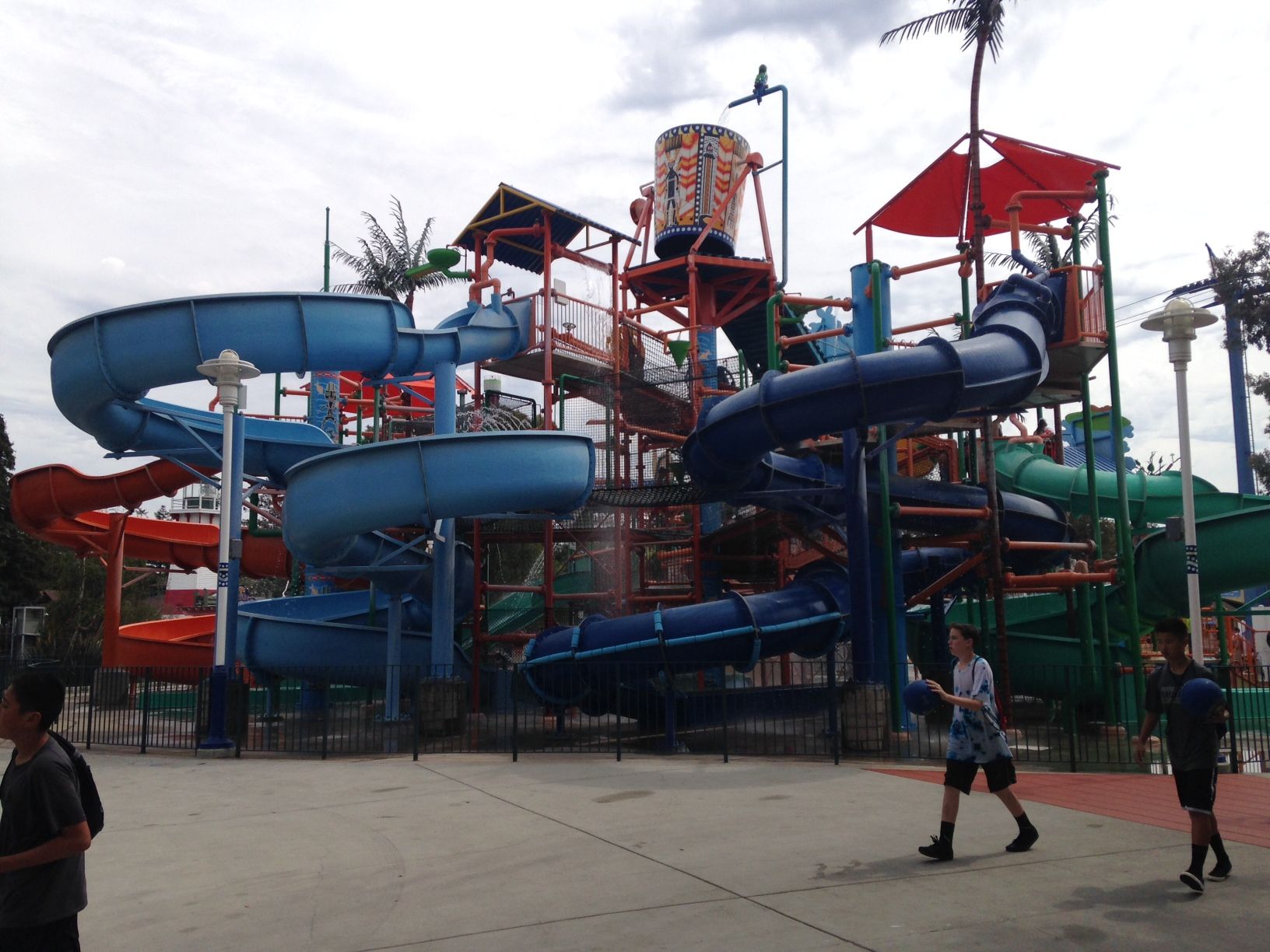 Moving on to dryer topics, Goldstriker had the longest line in the park by the time we got there, and that was only about 20 minutes. Not bad. 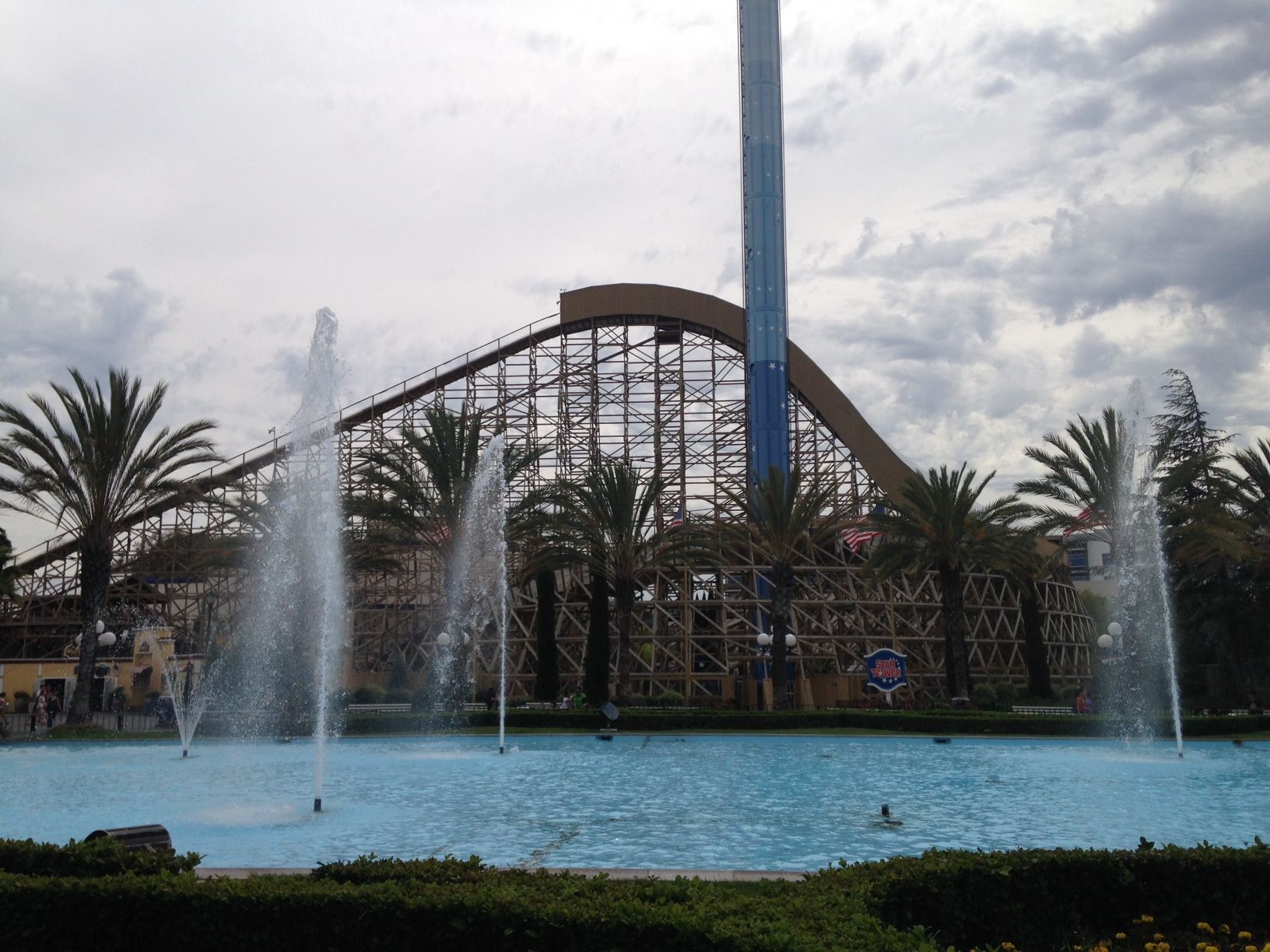 Demon was a walk-on! We got a front row ride in and it was running pretty well and the roughness was minimal. 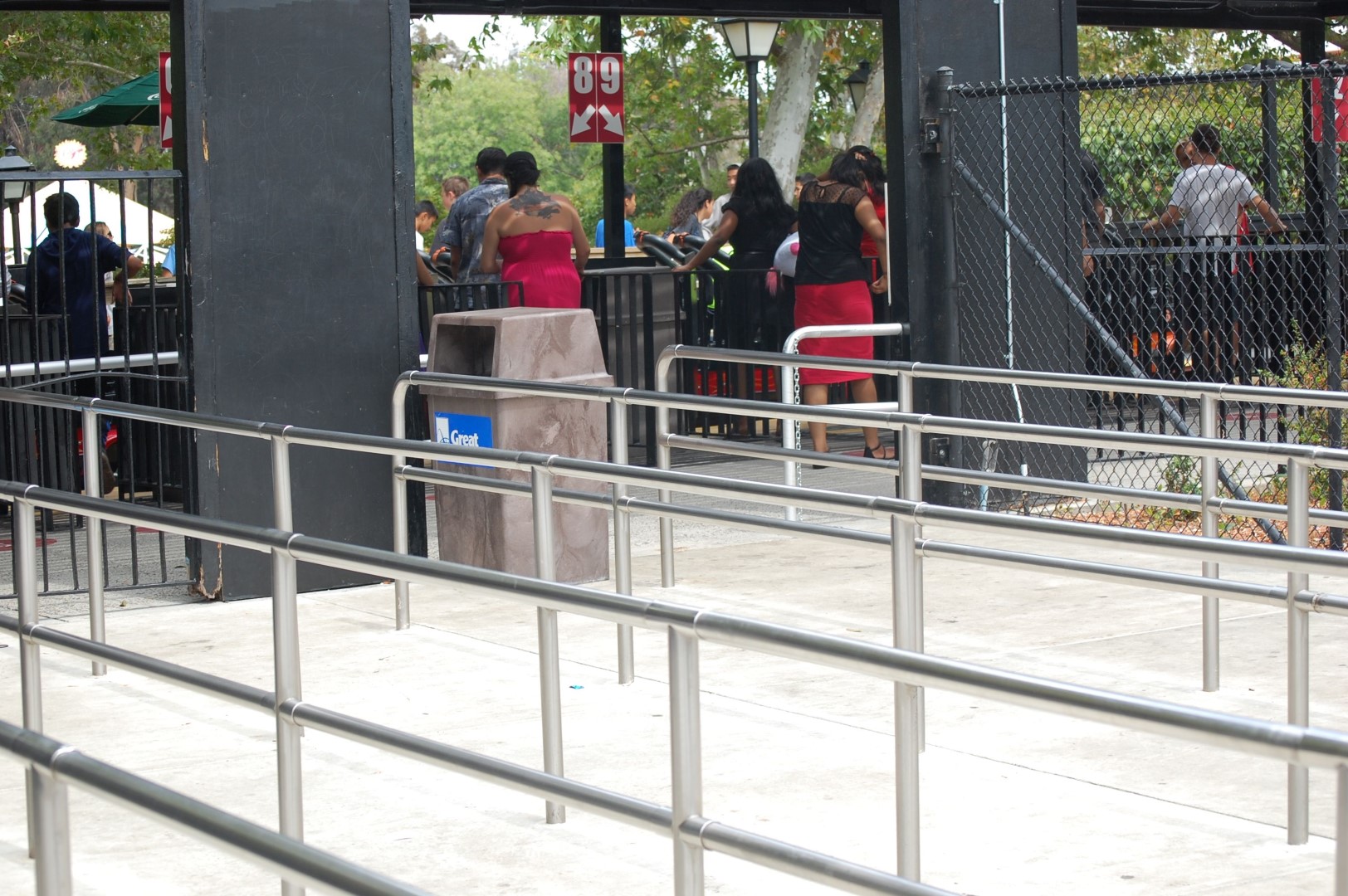 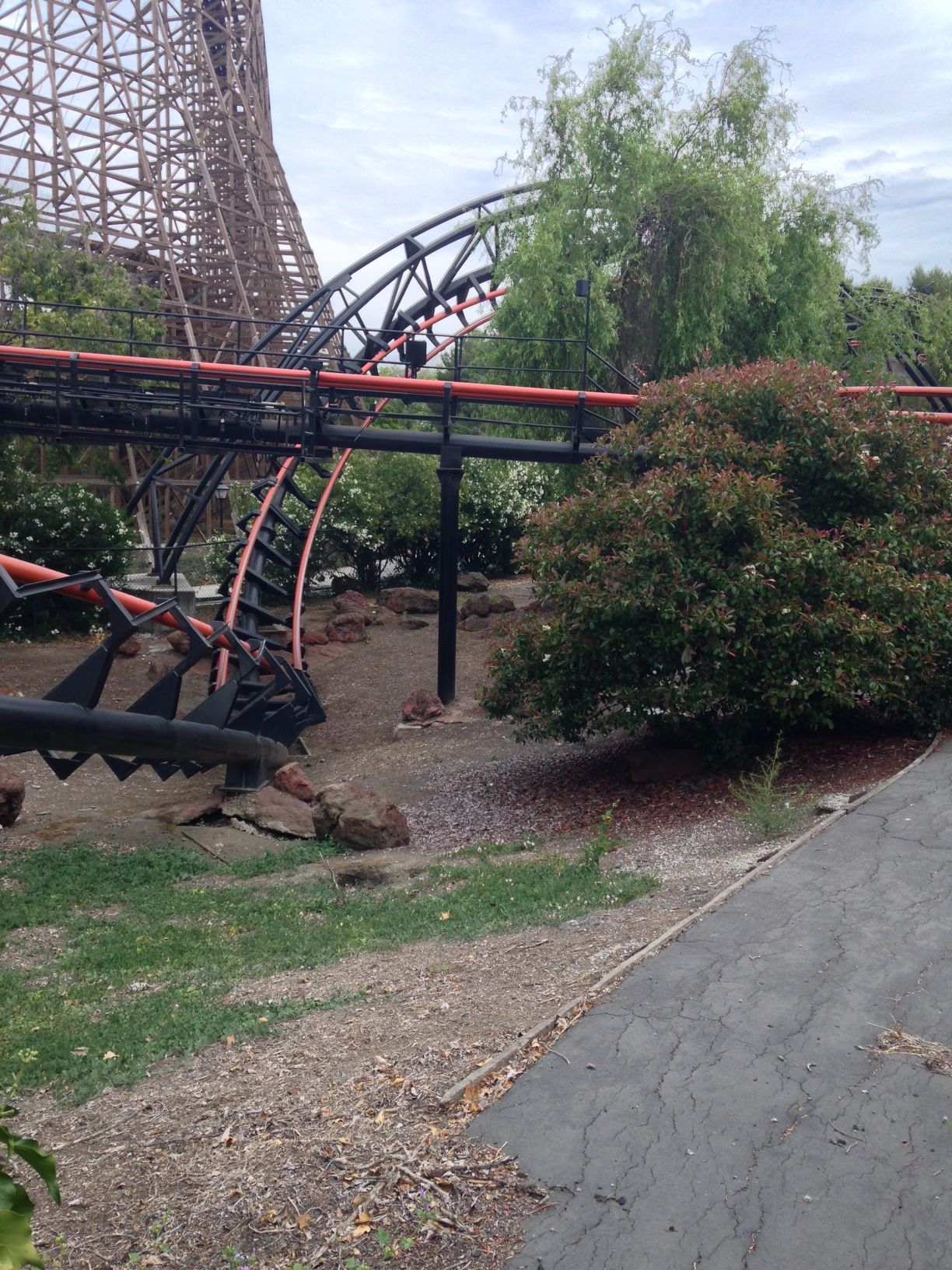 Grizzly also had a very short wait which wasn’t more than one to two trains. This is pretty rare considering its sub par operations so we took a ride which was pretty smooth. Boring, but smooth. 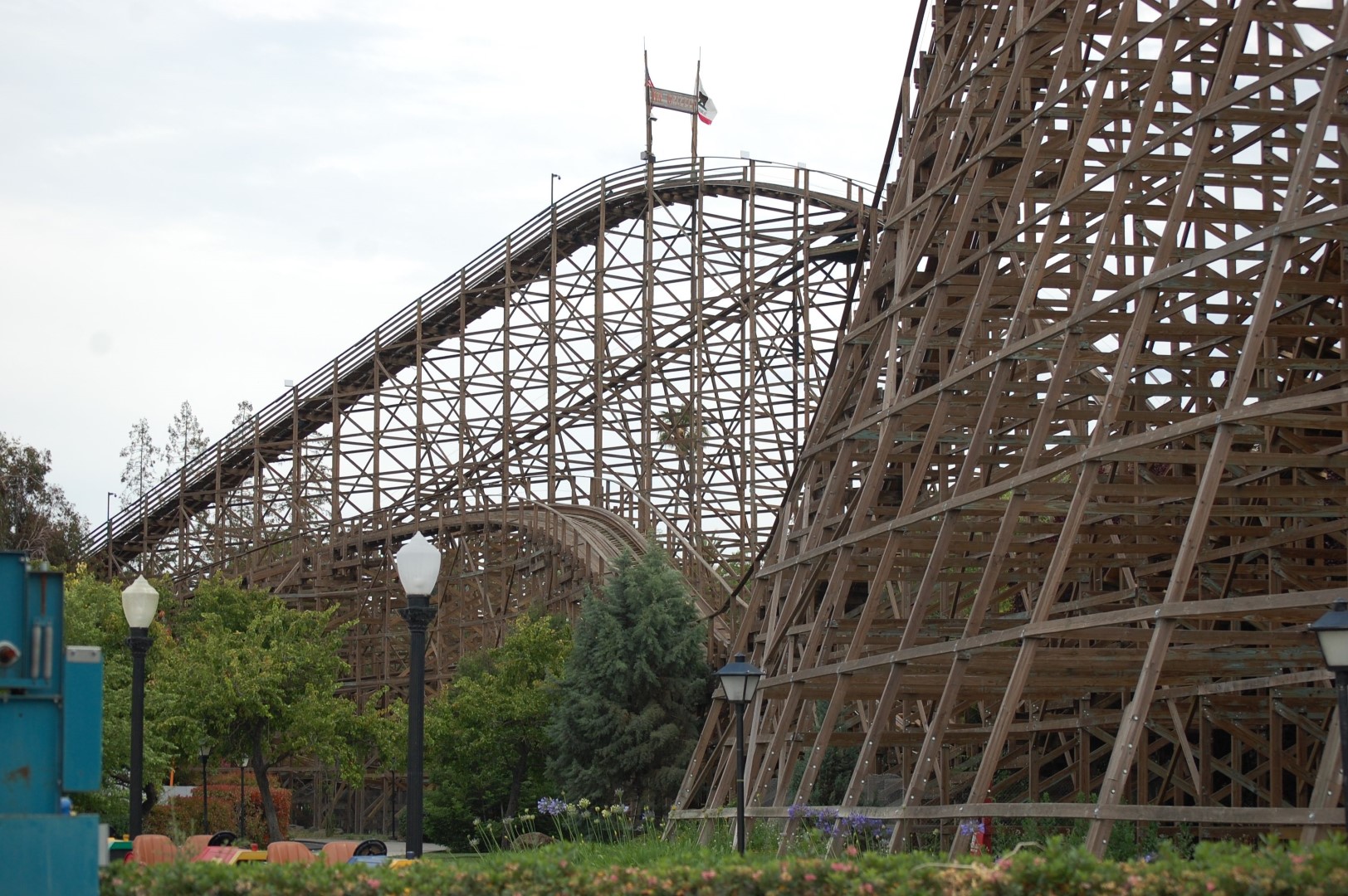 Drop Tower STILL has one car out of operation. Its respective catch car is no where to be seen and at this point we don’t expect it to return to operation anytime soon. Still, only a five minute wait however. 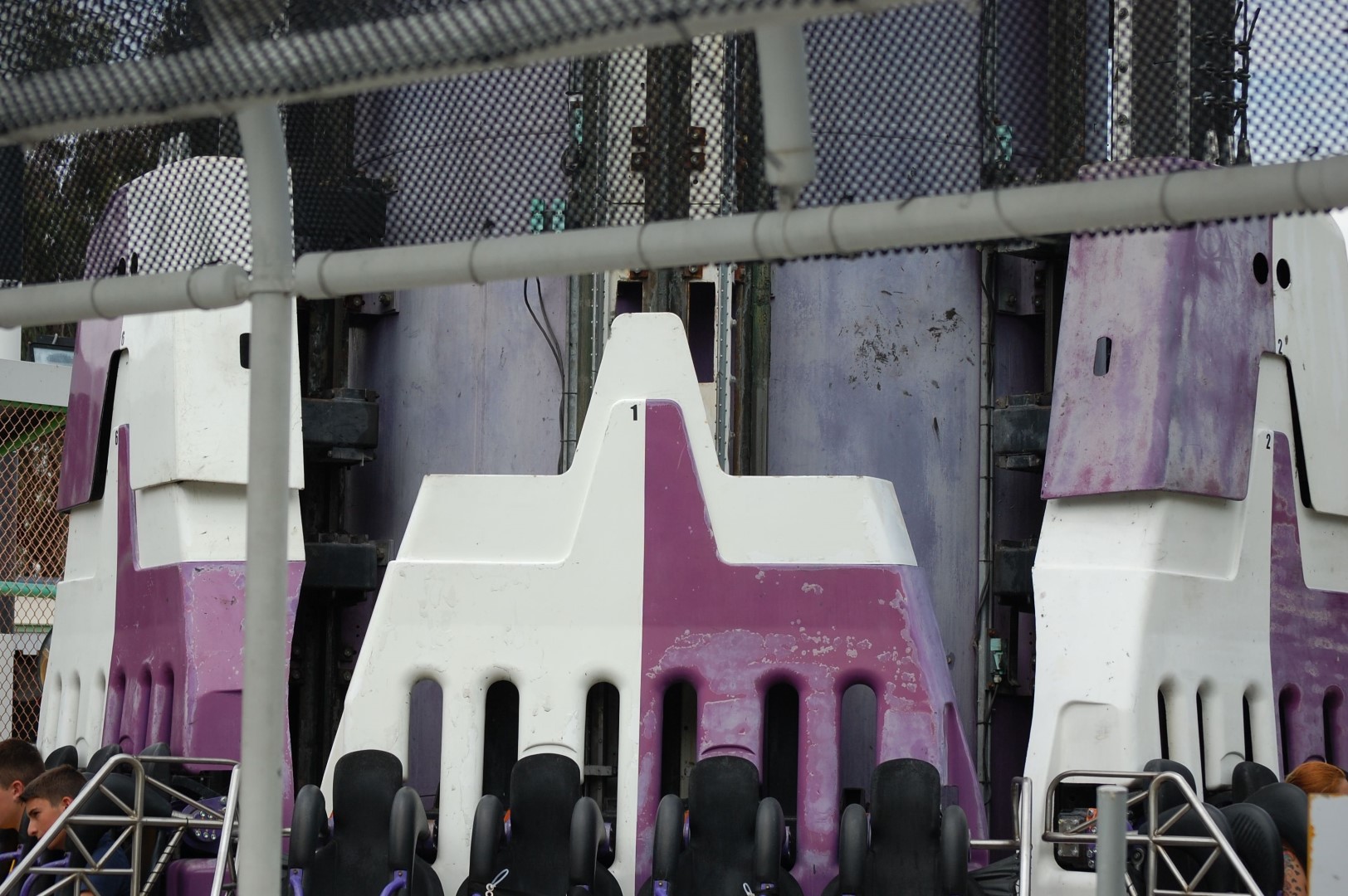 Of course Psycho Mouse could never be a walk on, but at ten minutes, we haven’t seen it get much shorter. 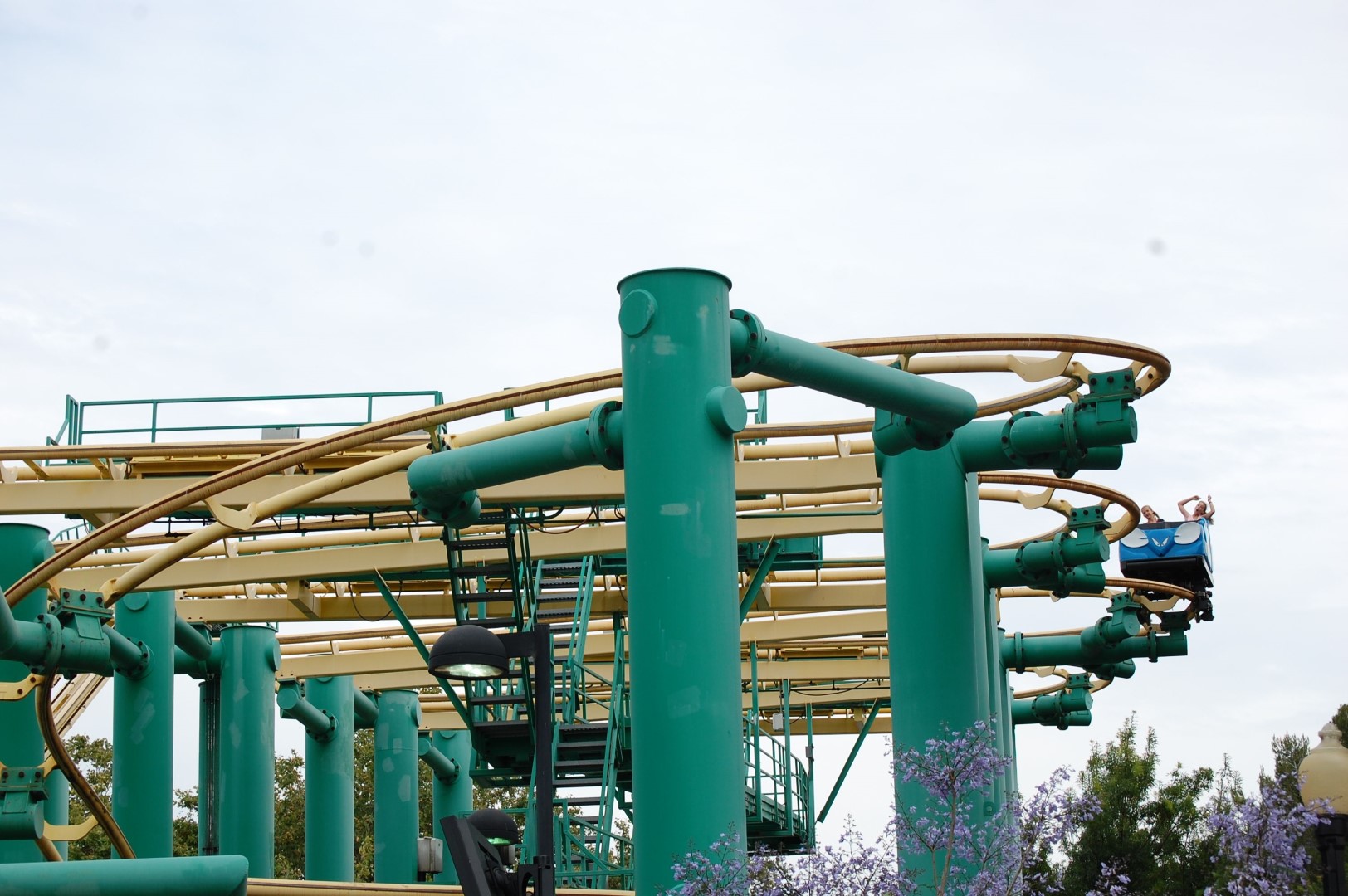 Flight Deck was running well as always and despite a little incident we had, we really enjoyed it. To add to our enjoyment, a new aircraft banner can be found in the station! 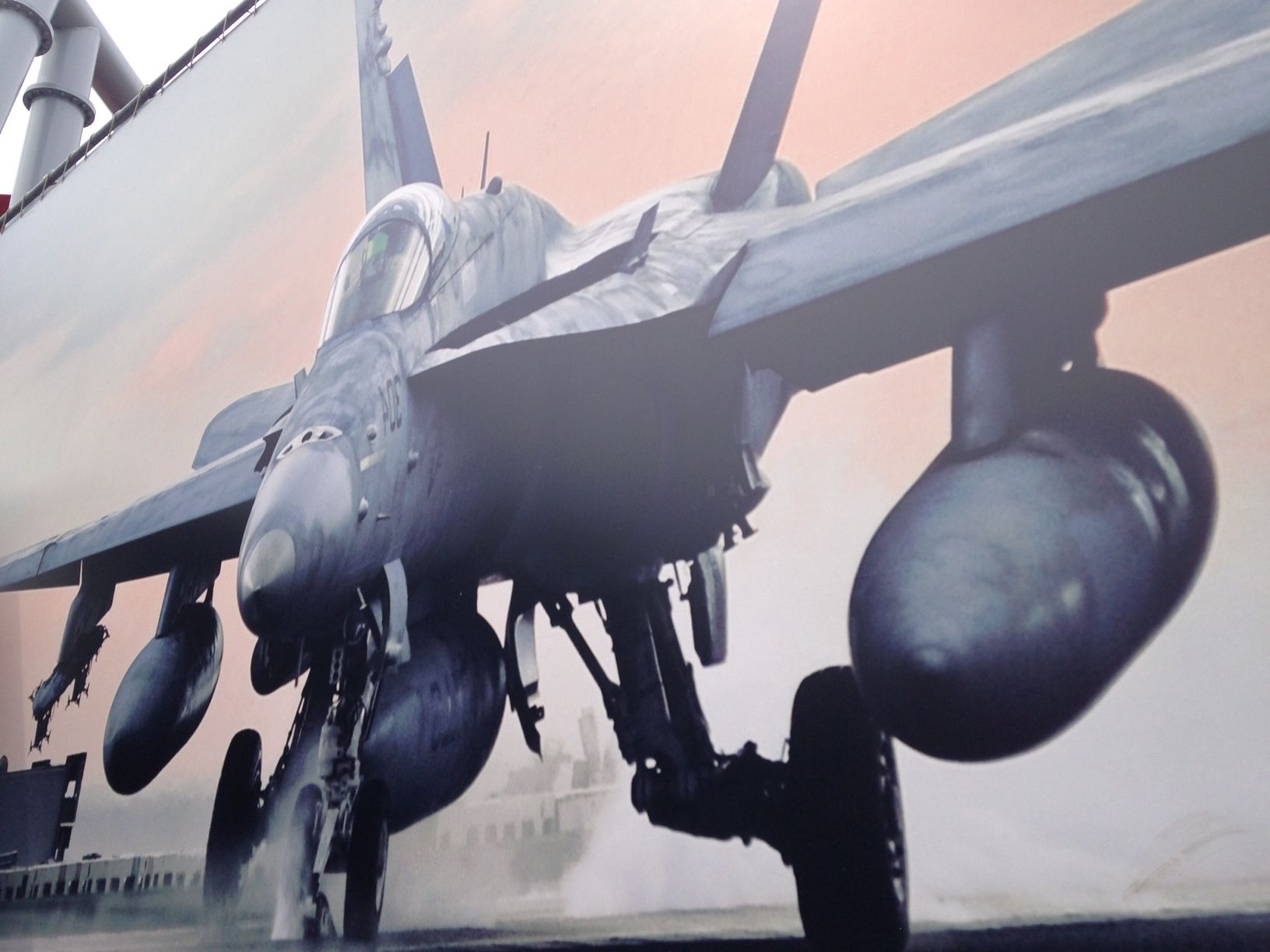 As a side note about the barrels, people throw coins in them, and they actually get collected! Not sure what the park does with them, but we imagine it works kind of like a fountain. 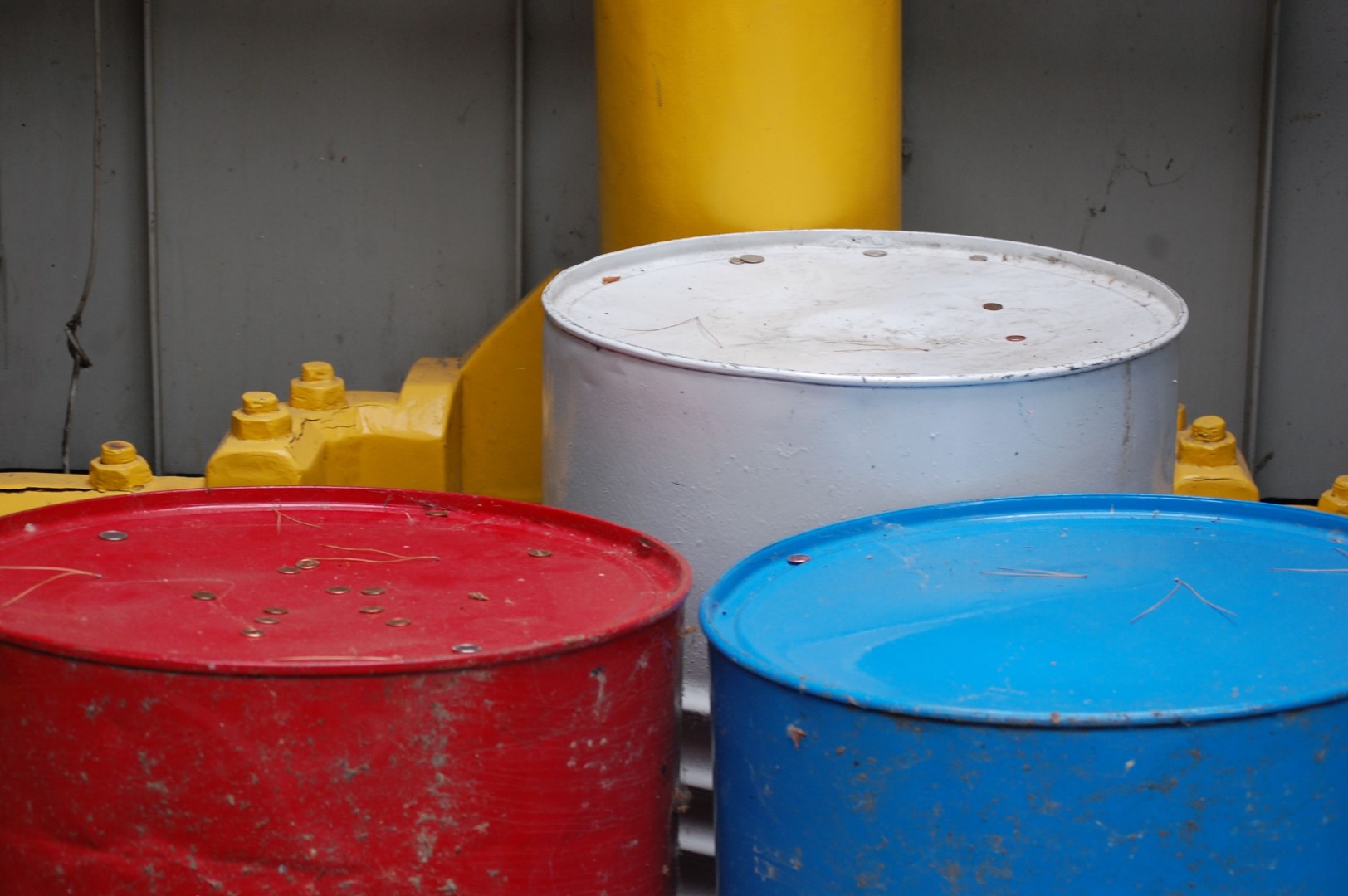 Now, as there were many teenage kids at the park today, we understand that what we are about to complain about is more likely to happen in a situation like this, but if we’re being honest, this is an ongoing problem. Line jumping. All throughout the day guests around us were being cut by kids trying to ride with their friends. Even worse, in one case in line for Flight Deck, A group of two kids simply blew by everyone in the line and proceed past the boarding row next to us and get on the train… BY THEMSELVES. Conduct like this is really frustrating not because we’re so eager to ride these things ourselves, but for other guests who may be visiting the park for their first time. An experience like that leaves those guest with a bad taste in their mouth and a bad reputation on the park’s behalf. If the ride operators could even help eliminate the line jumping going on right in front of them, a lot of progress could be made. We really hope the park attempts to fix this in the future, although we do recognize it’s not really their fault at all. 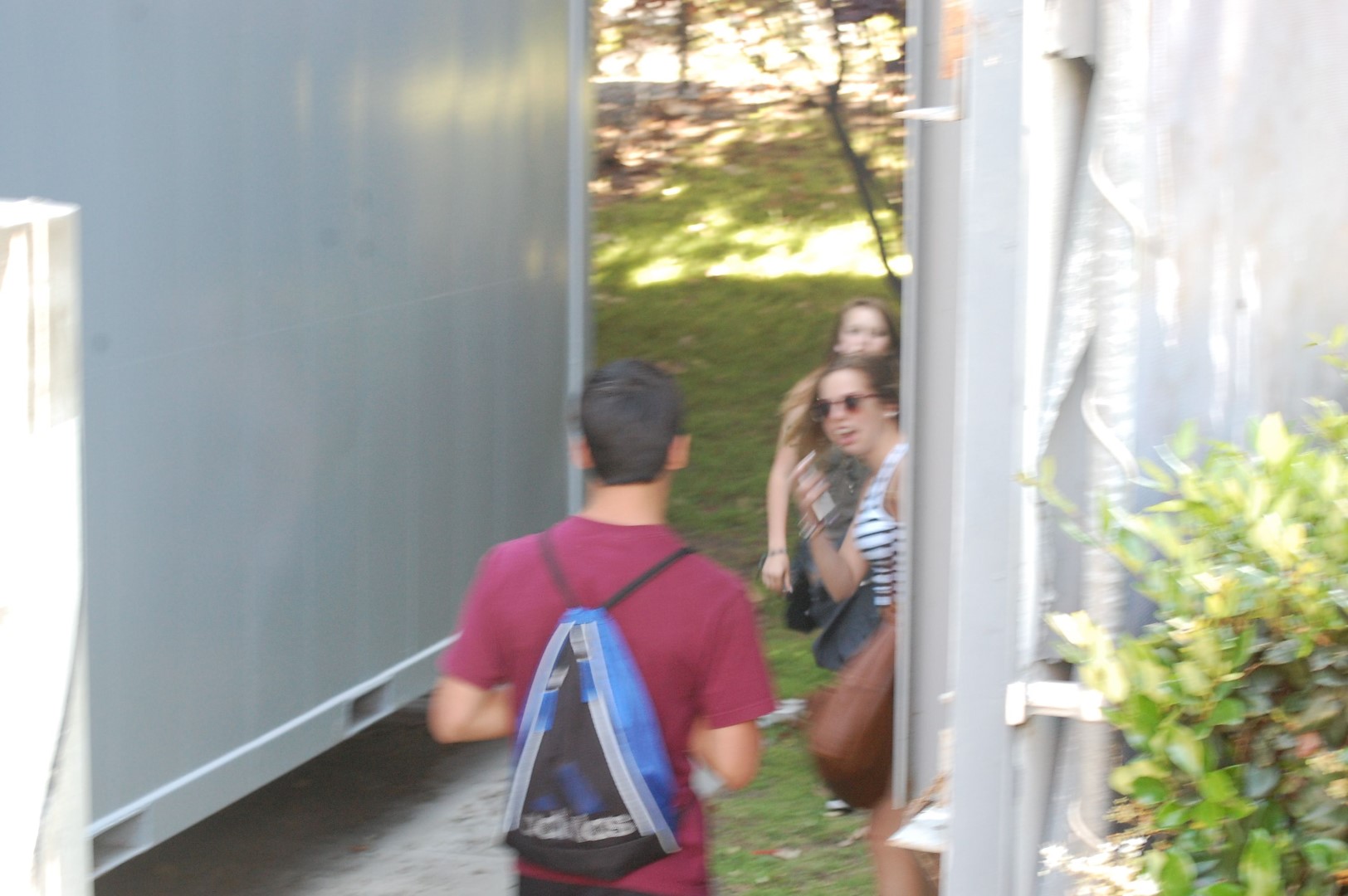 There is also a large amount of what appears to be rope organized in rows behind Flight Deck. Not quite sure what that’s for. 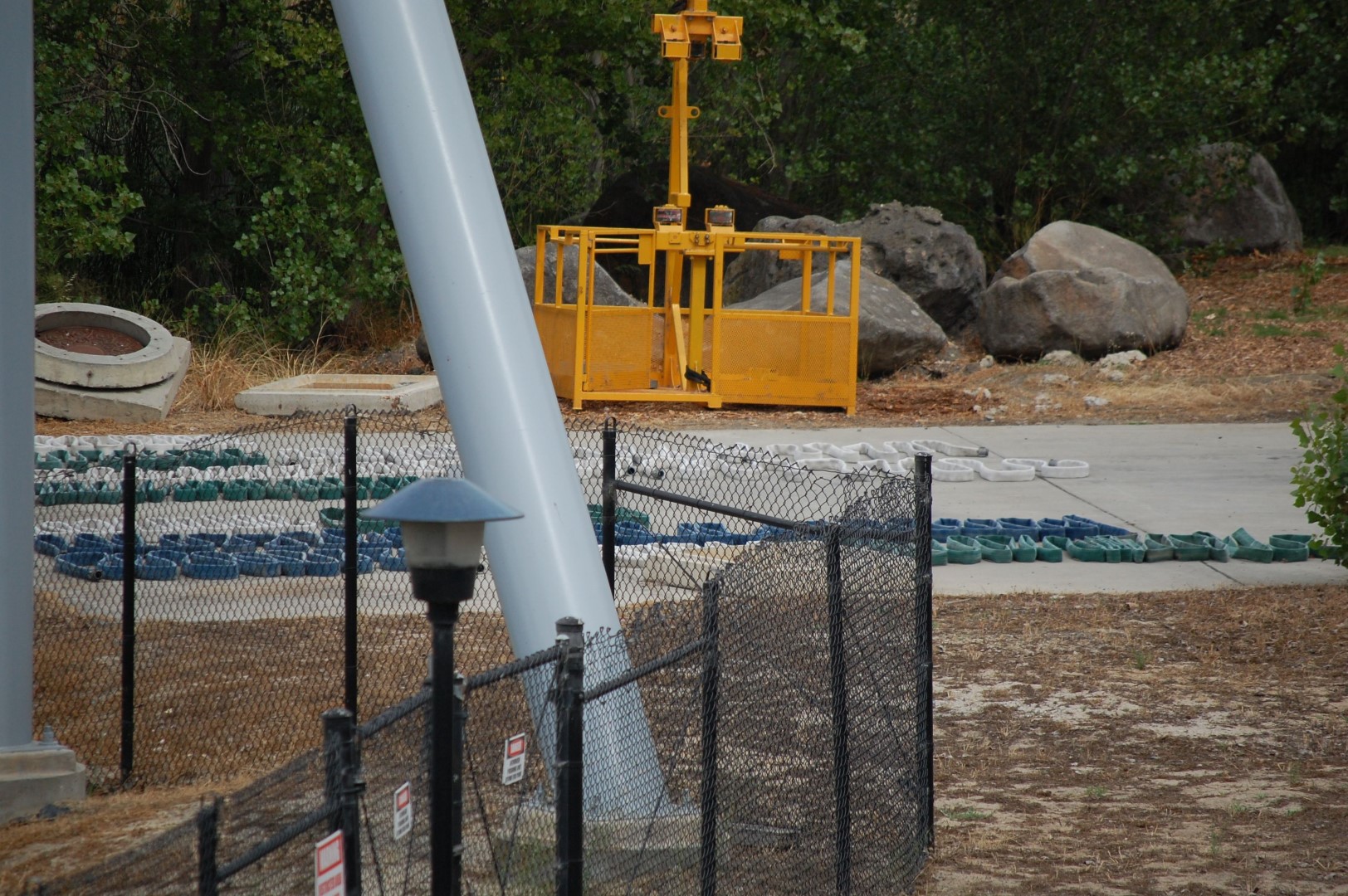 Moving on to some great news, Vortex is receiving new paint! If you look closely at the supports you can see the fresh grey paint on top of the old stuff. 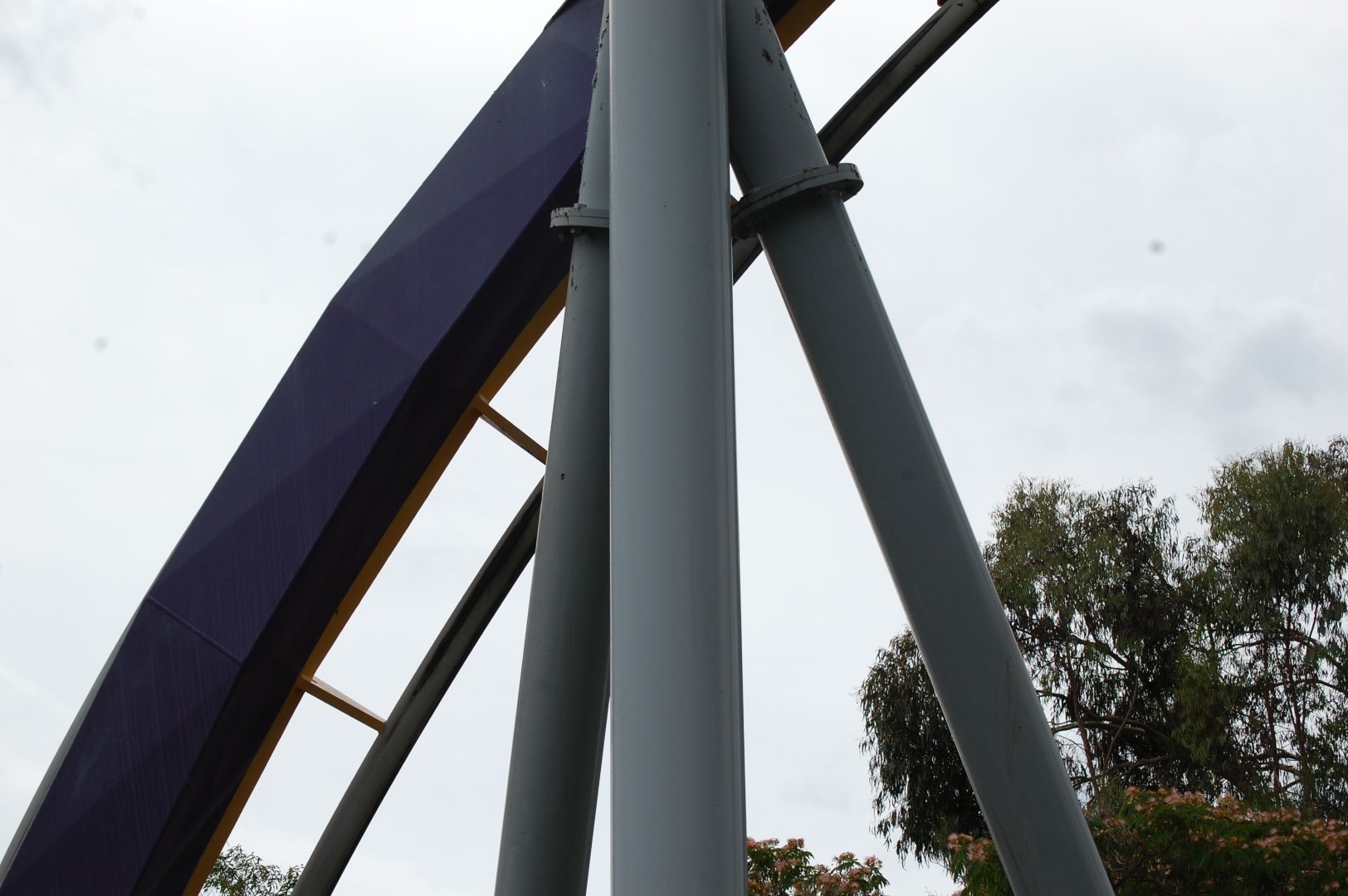 For contrast, here is a shot of the old paint on the supports. 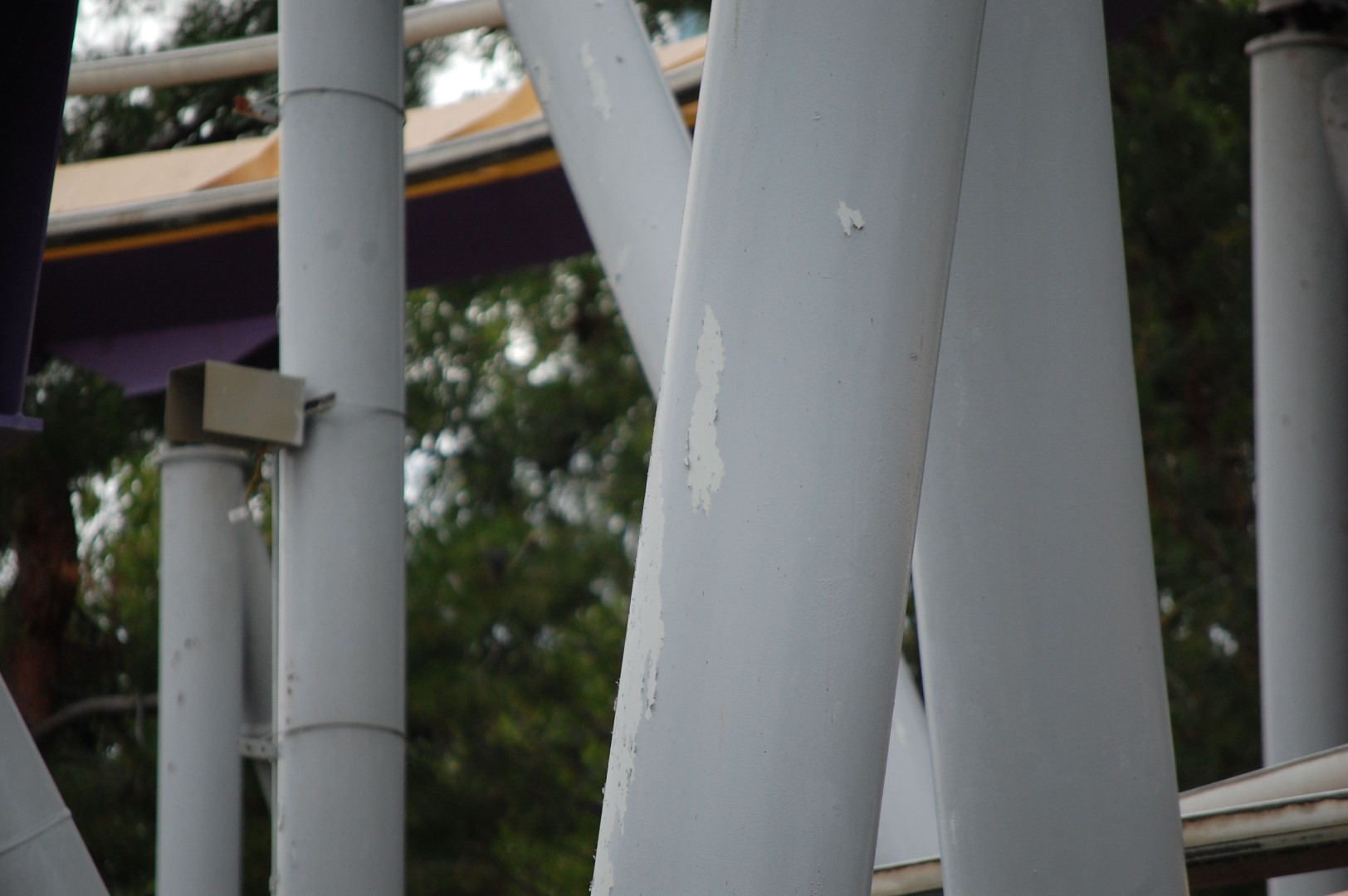 We really hope that the whole coaster gets repainted as part of the process, we all know it could really use it. It would help make it stand out a lot more, and maybe people would start hating on it a little less. In any case, we’re glad Vortex is getting some love!
That’s about it for this time. Thanks for checking out the update and make sure to look out for more coming your way soon. So, how do you react when your jumped in line? Comment below and let us know!

Make sure to check out the following recent coverage!