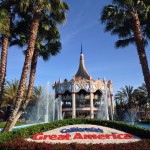 We were ecstatic to start our coverage of this park on opening day, and we are even more excited to continue so expect more coverage in the near future! Today was a great day to be at the park! Crowds were light, the sun was out, and we couldn’t have enjoyed ourselves more. This however, doesn’t mean there hasn’t been a lot going on, there has been. We saw everything from ride closures and openings, to new food menus, and even potential future attractions, so let’s get started!

As we approached Gold Striker, we saw many people walking out of line with disappointed looks, many of which complaining the line was too long. When we actually made our way in, it was hardly down onto the staircase! That should adequately demonstrate the lack of crowds. We waited five minutes for a ride operating two trains, and never that long again for any ride the rest of the day. 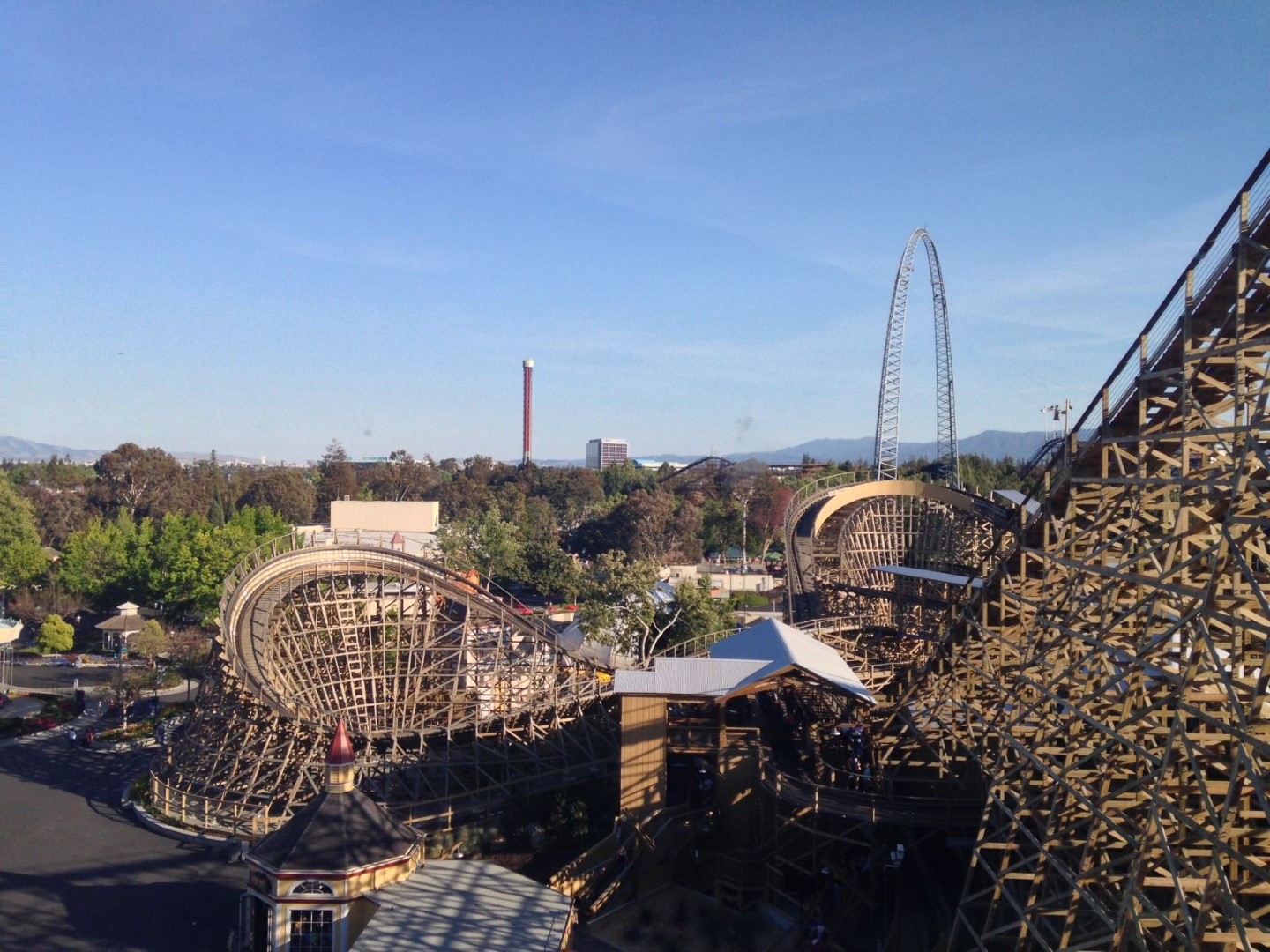 After the opening day crowds we experienced last visit, Vortex is back to its normal walk-on status with both trains operating. Boy, a repaint and a refurbished station could go a long way for Vortex. 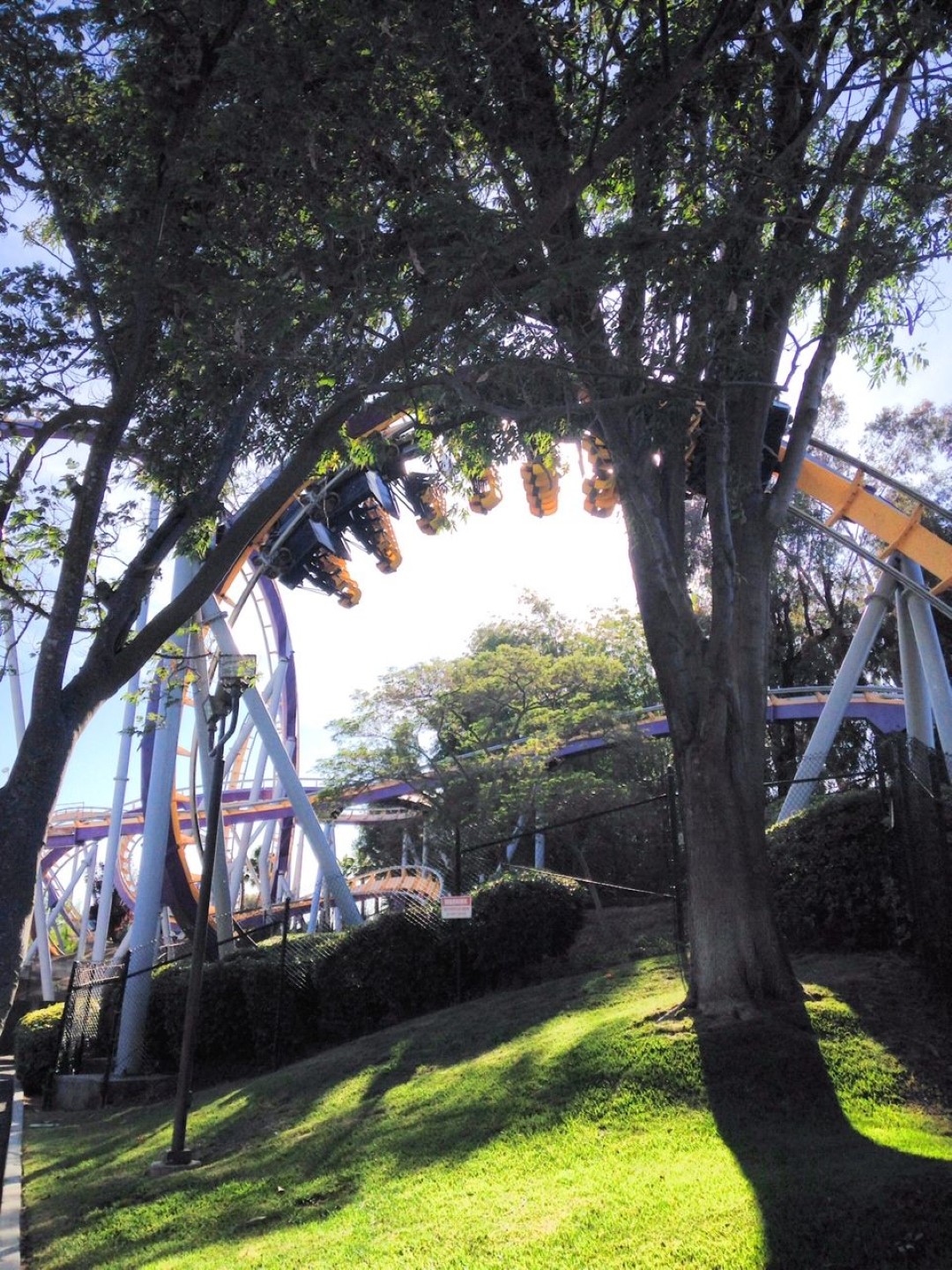 In case you need to be reminded, this year is the park’s 40th season celebration, so don’t be too surprised when you see awesome landscaping like this. This however is not to be confused with the park’s 40th anniversary which will take place next year. 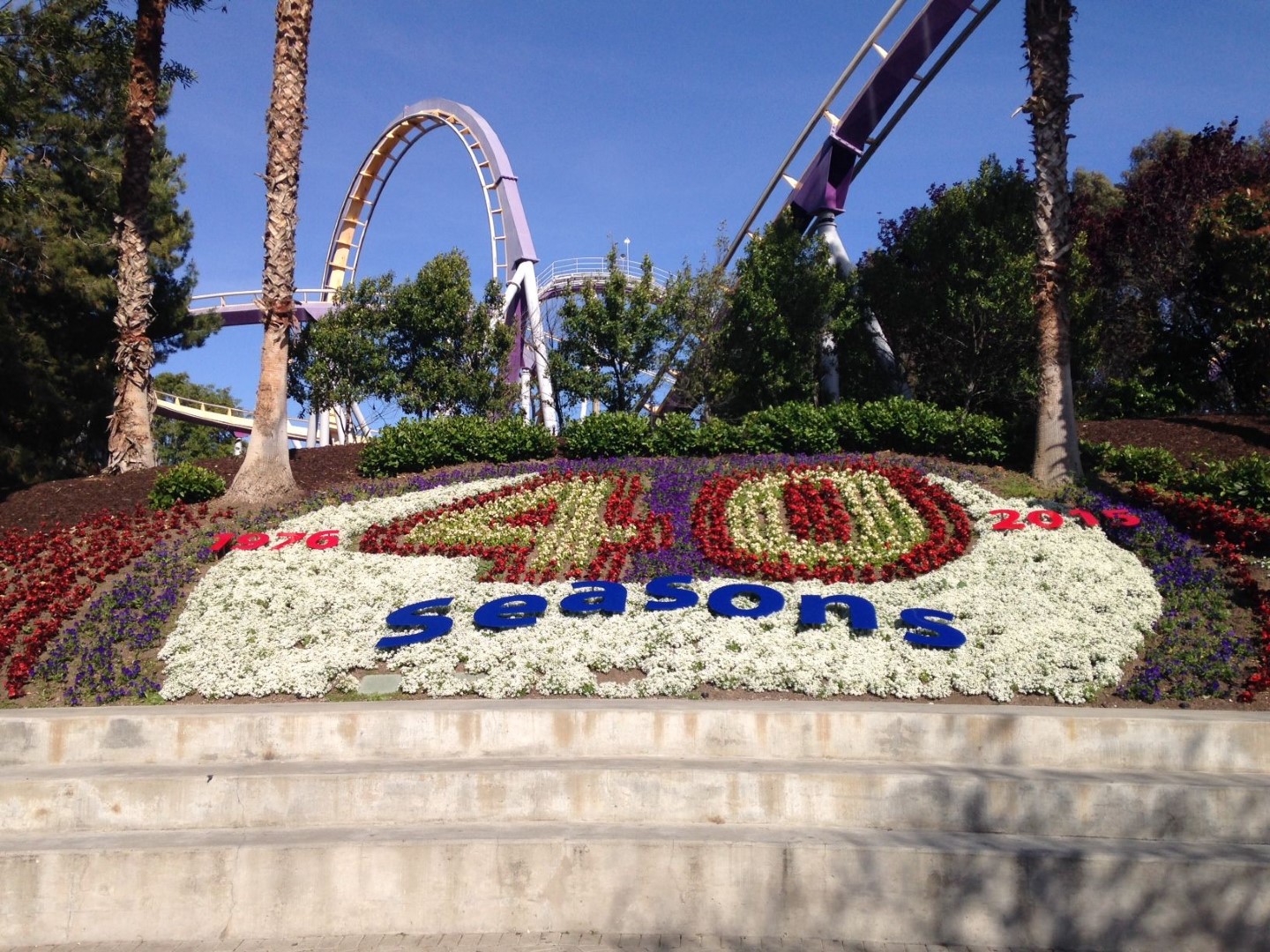 Flight Deck was a walk on, which was great. We rode it in the back row and wow, it sure can pull some G’s. We were whipped through just about every element. 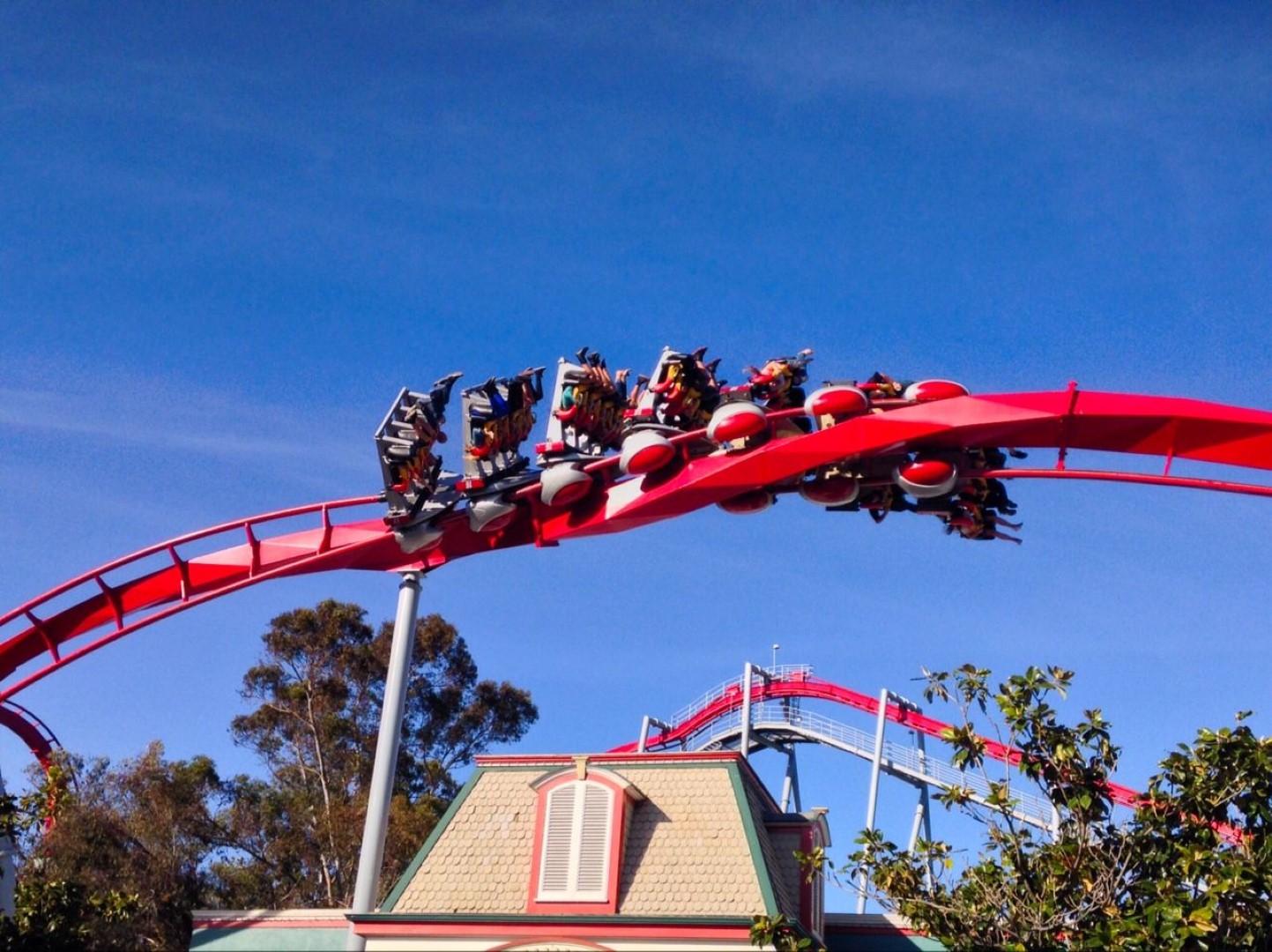 The nearby Theatre Royale is still being worked on, but any sign of construction outside the theater has been removed. 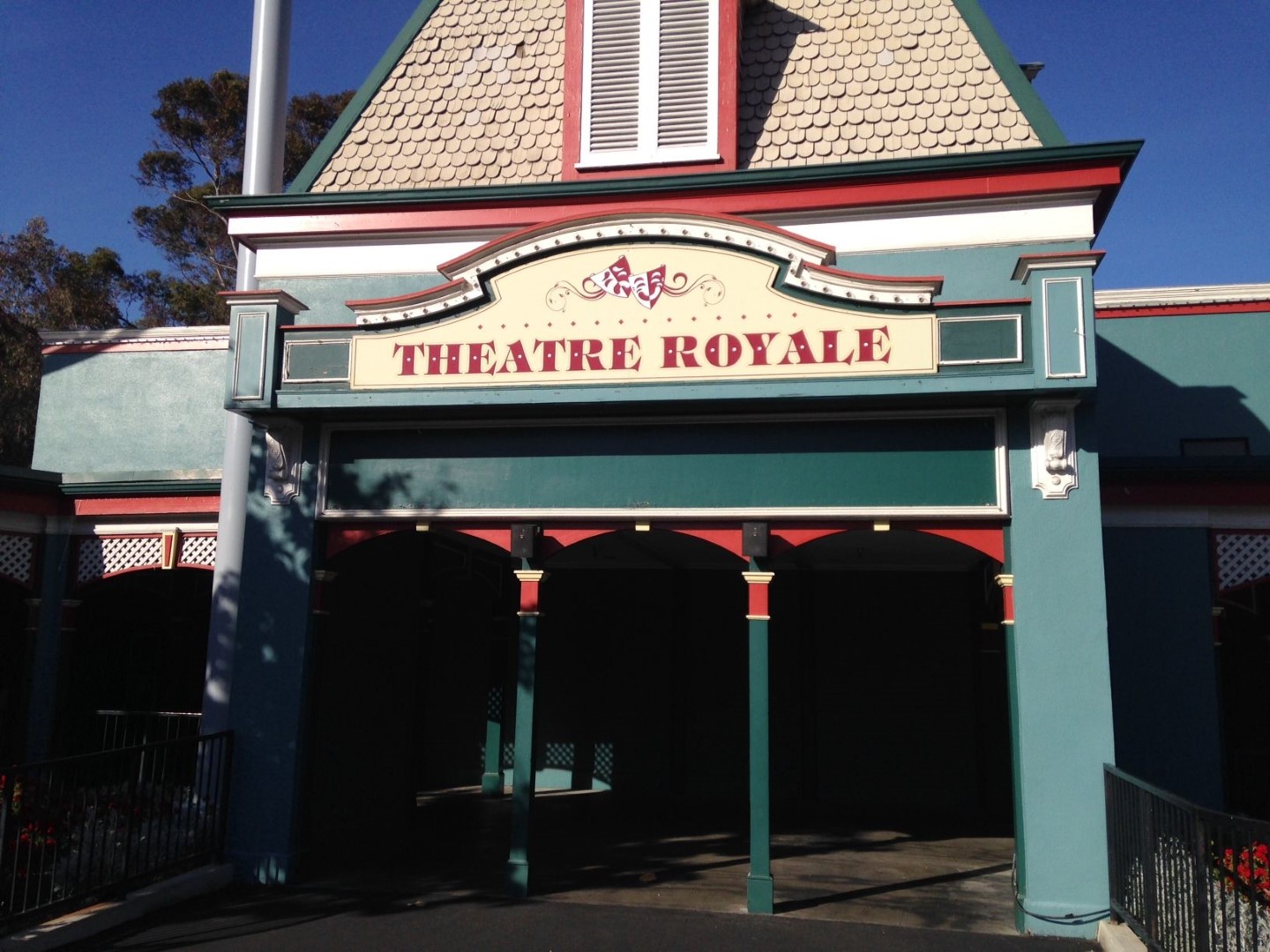 Rip Roarin’ Rapids was closed all day, as was Delta Flyer. 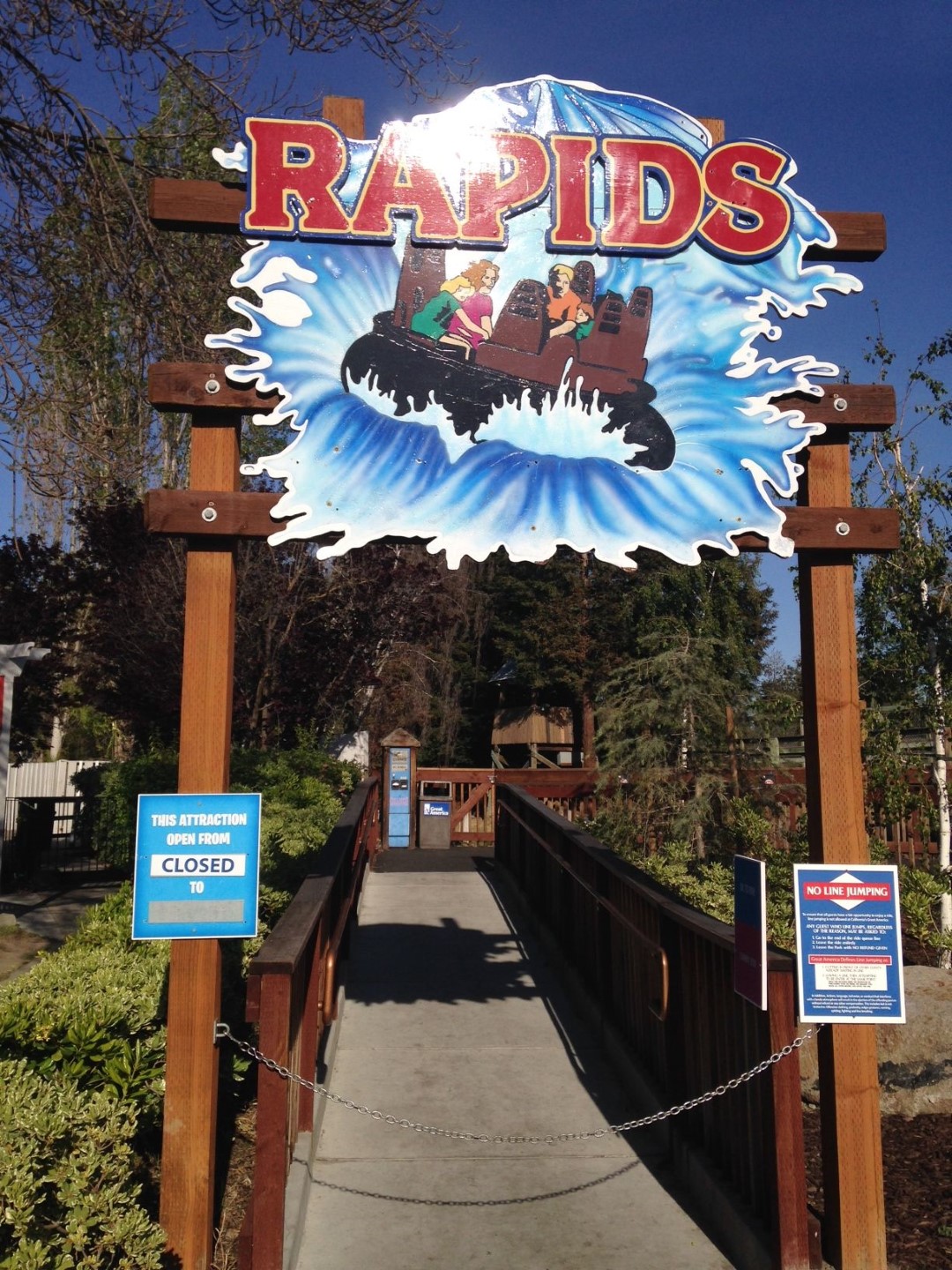 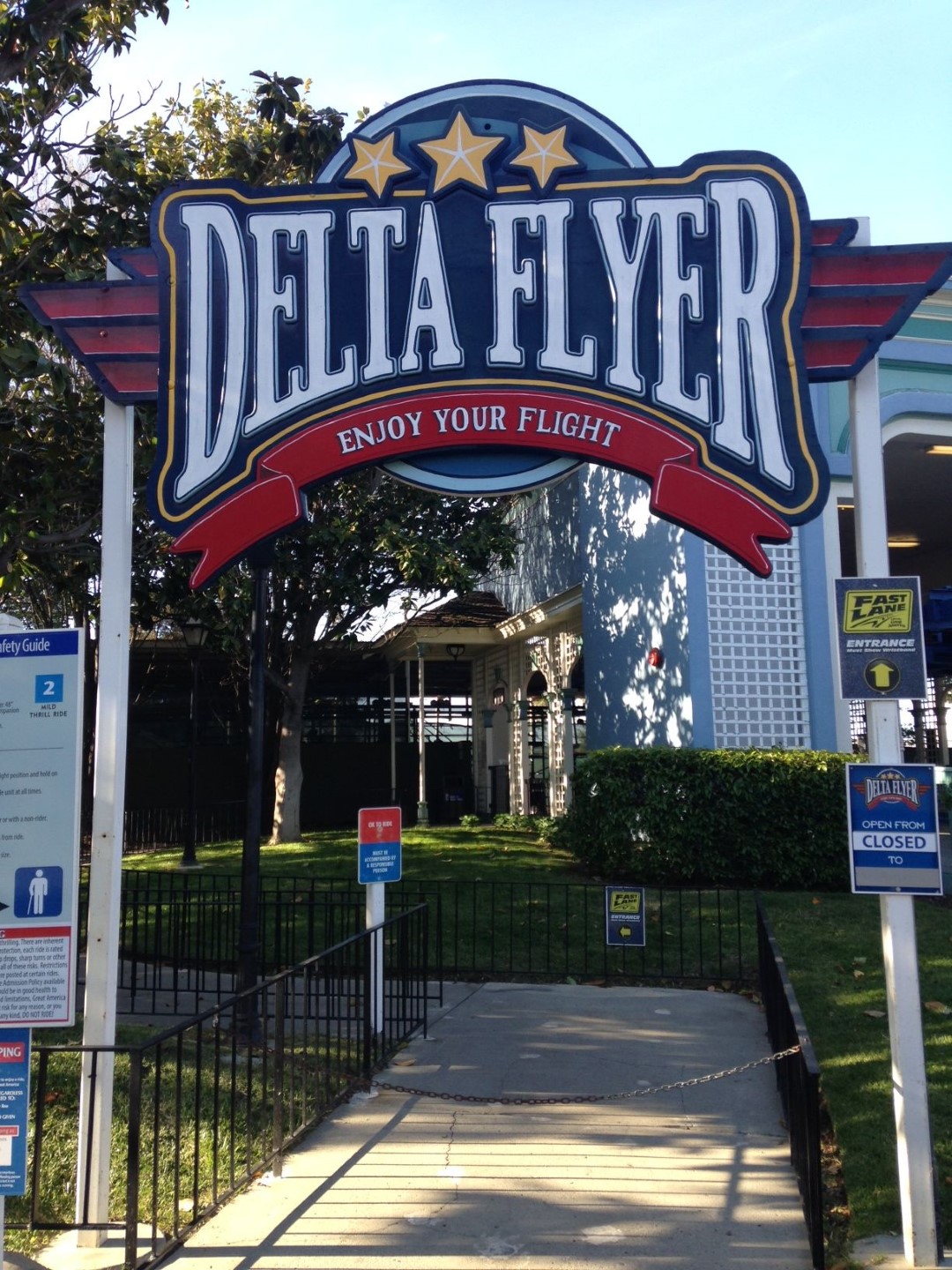 The Action Theater closed at around 5:00PM and did not reopen 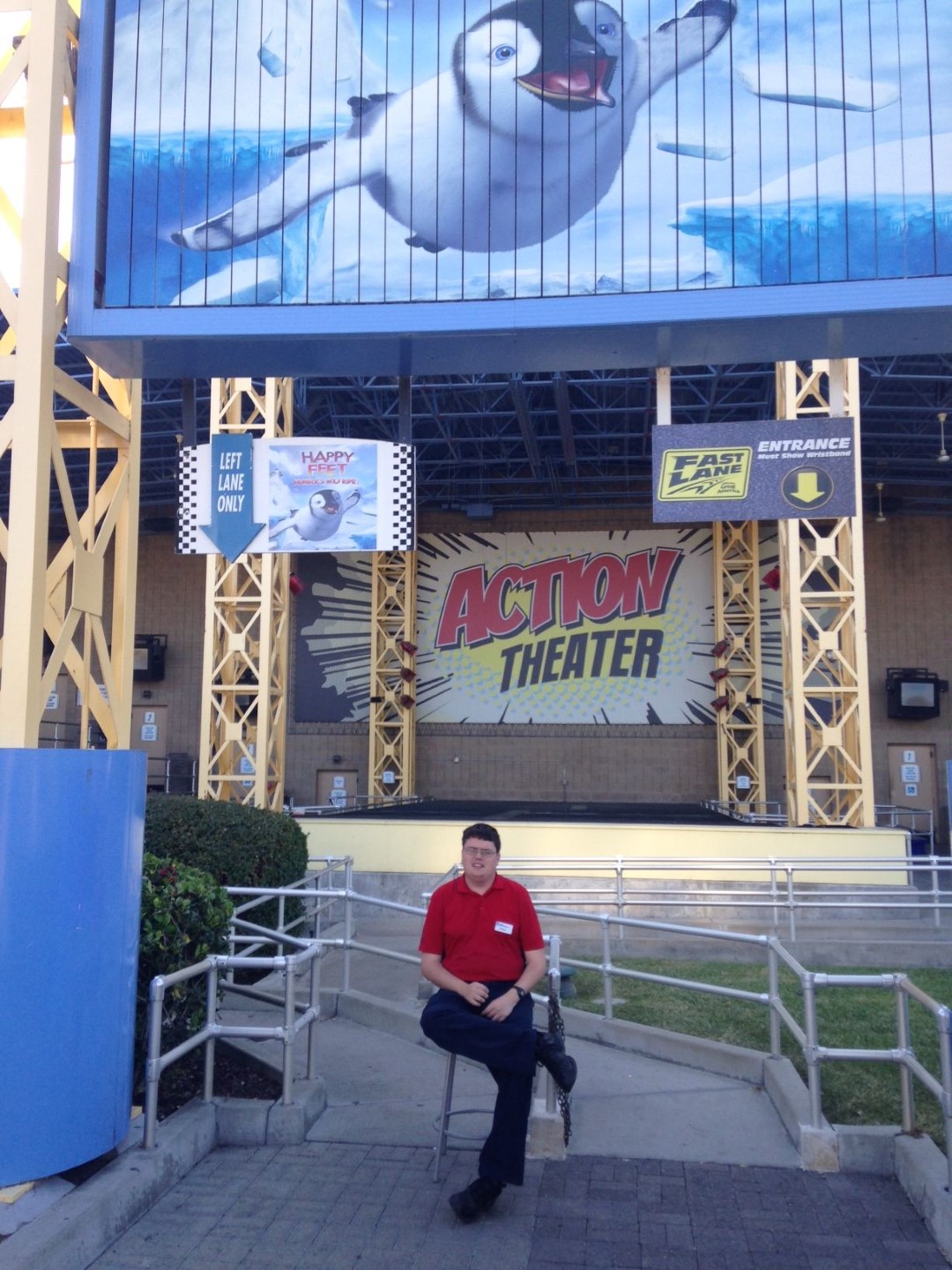 The sports bar nearby has been worked on over the off season, and is looking very fresh, although not a lot of people were around to enjoy it. 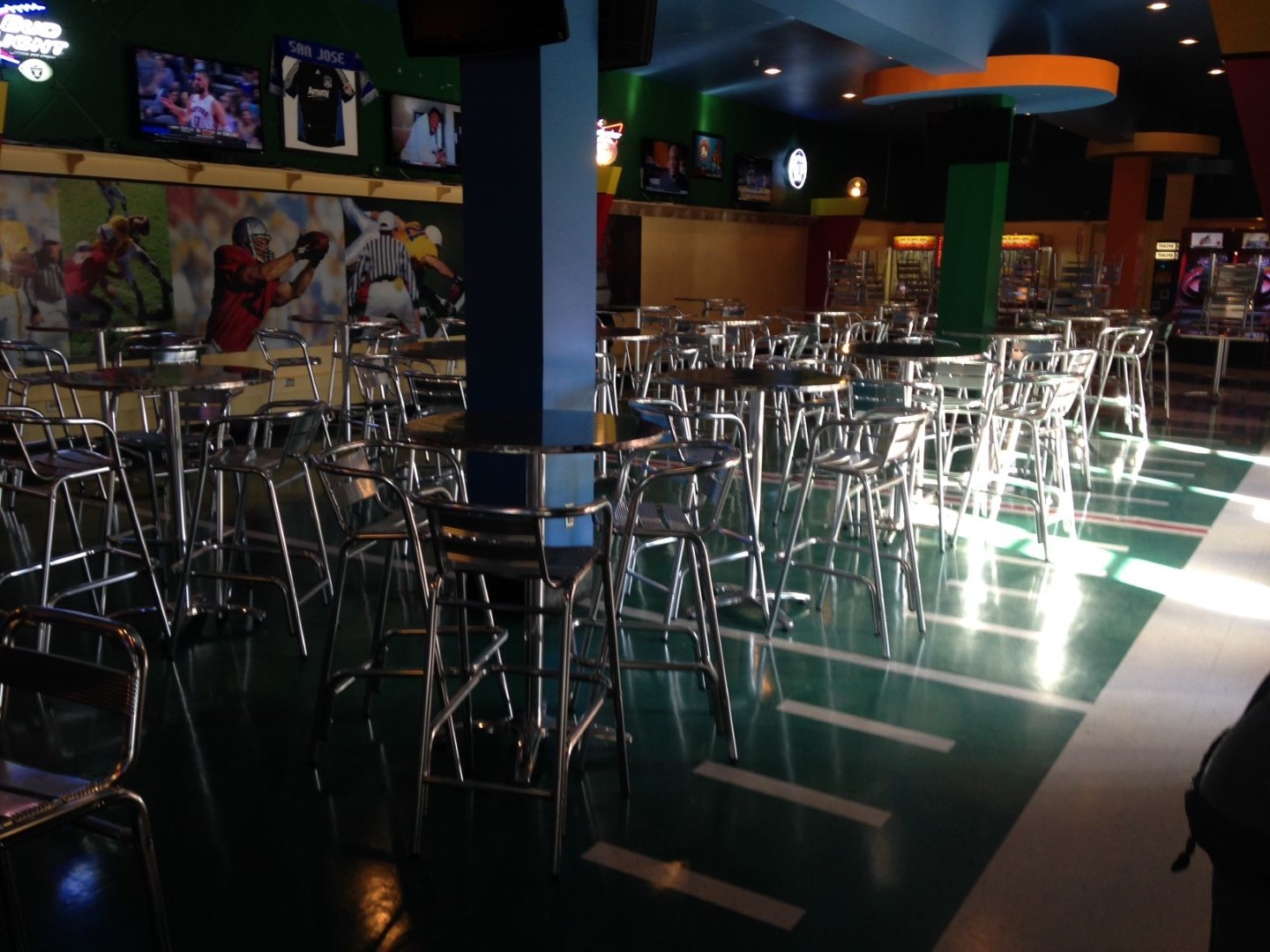 FireFall was running, but is still missing the fire effects as it has been since opening day. We really hope that this is not a permanent change. 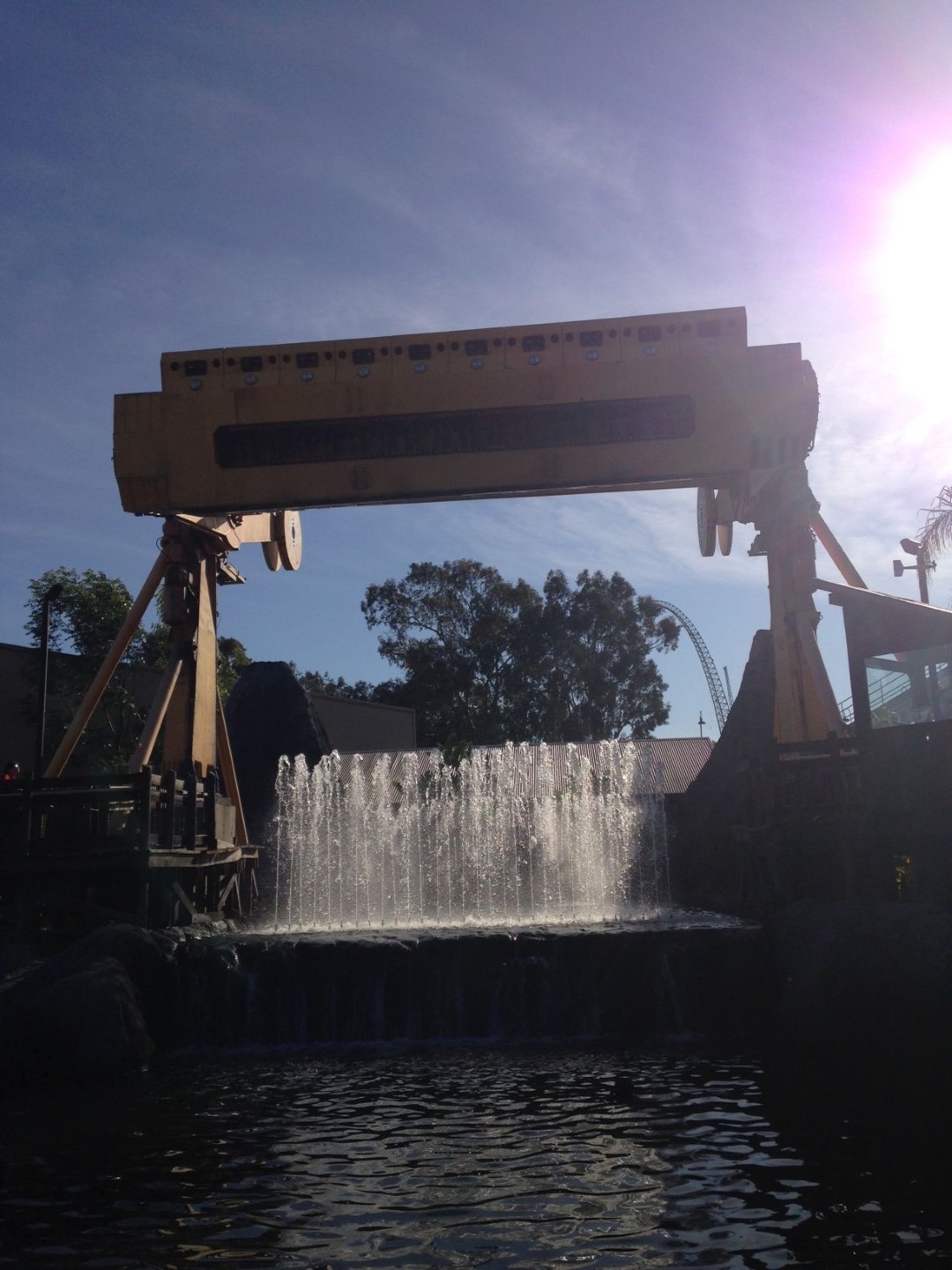 Delirium however, was not running at all. Although this is just word on the street, apparently it has been having trouble with its retractable floor. 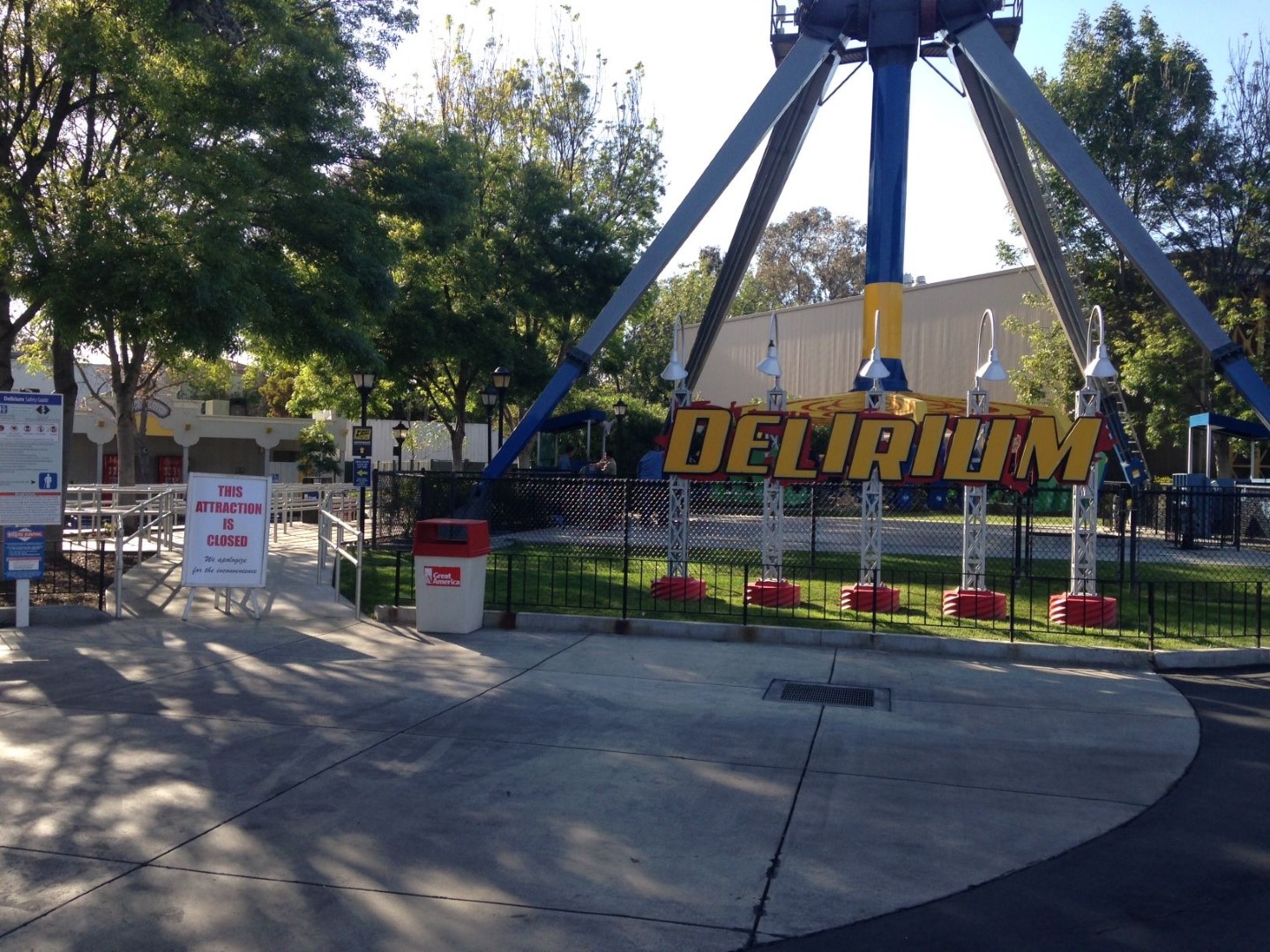 You’ve got to love Psycho Mouse and its awesome entrance! This ride is forceful for a mouse. As a side note, the on ride photo was not available today. 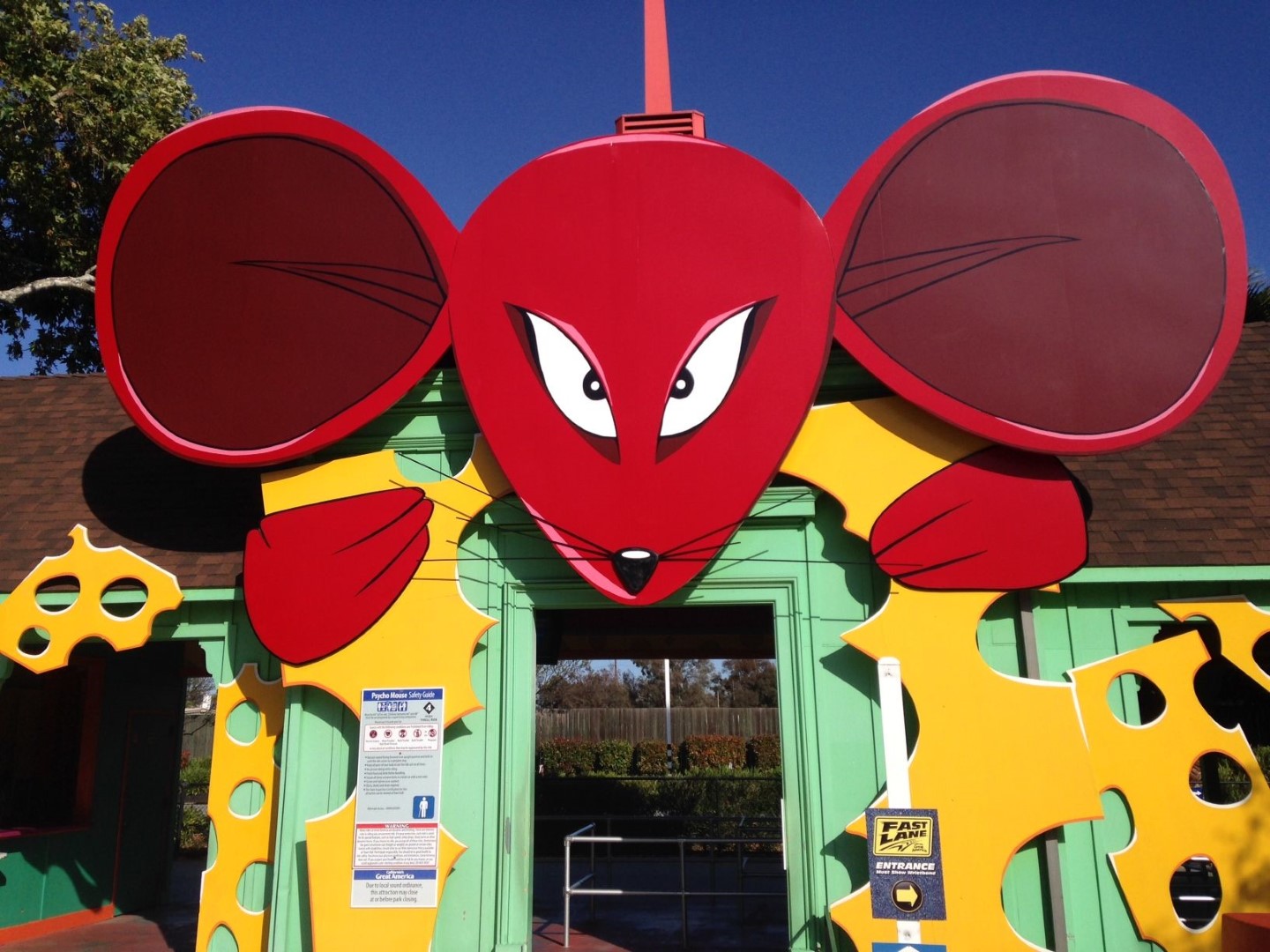 Tiki Twirl’s fire effects are also not functioning, just like they weren’t on opening day. To reiterate, it would be a shame if this was permanent. The small touches like that are what can make a ride. 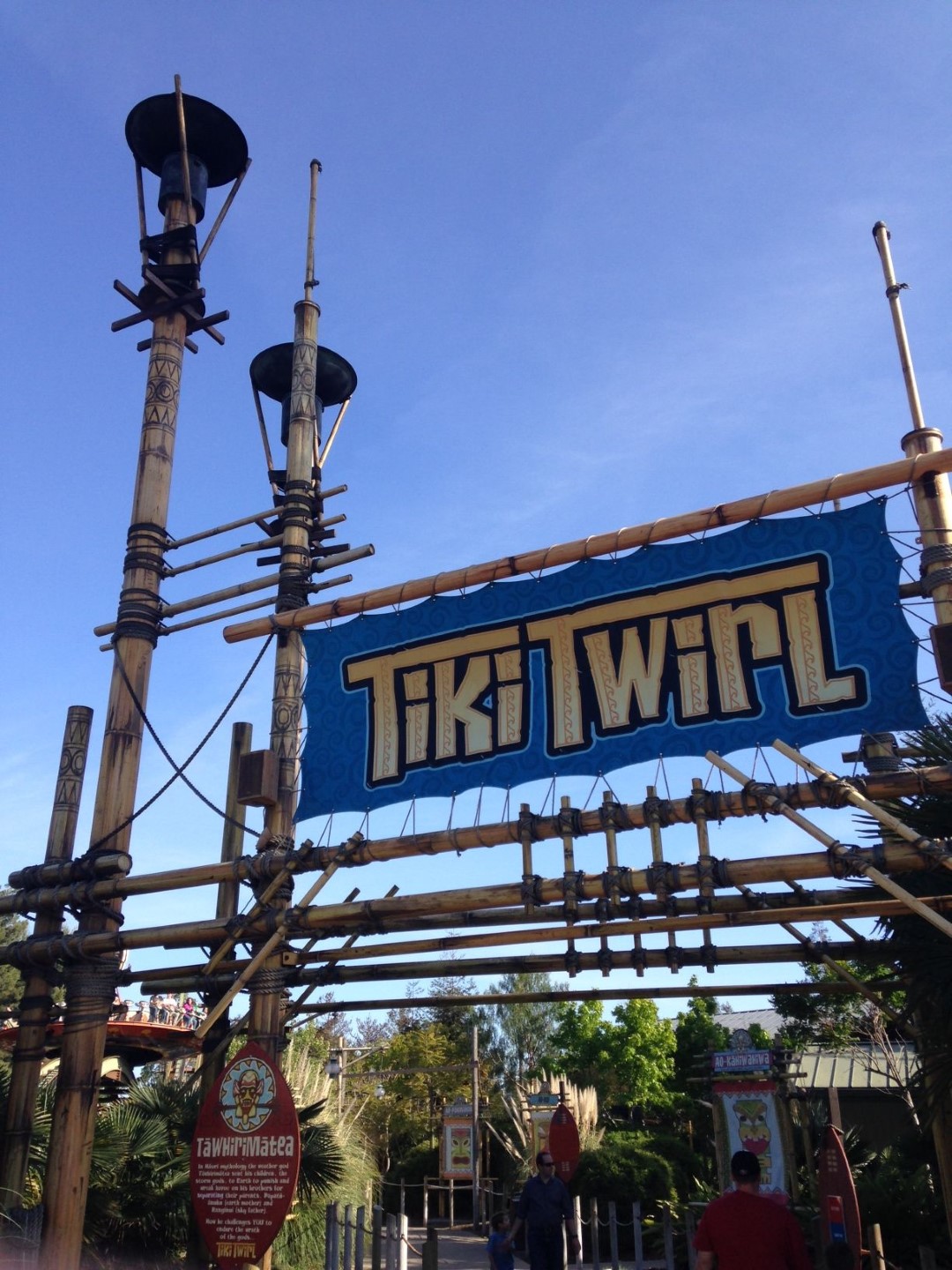 Speaking of small touches, Grizzly was re-tracked over the off-season and is running noticeably better. It overall is definitely smoother and a bit faster, and the third turnaround has been banked a bit more, but it still suffers from a general lack of excitement. With Gold Striker in the same park, it hardly seems worth the time. 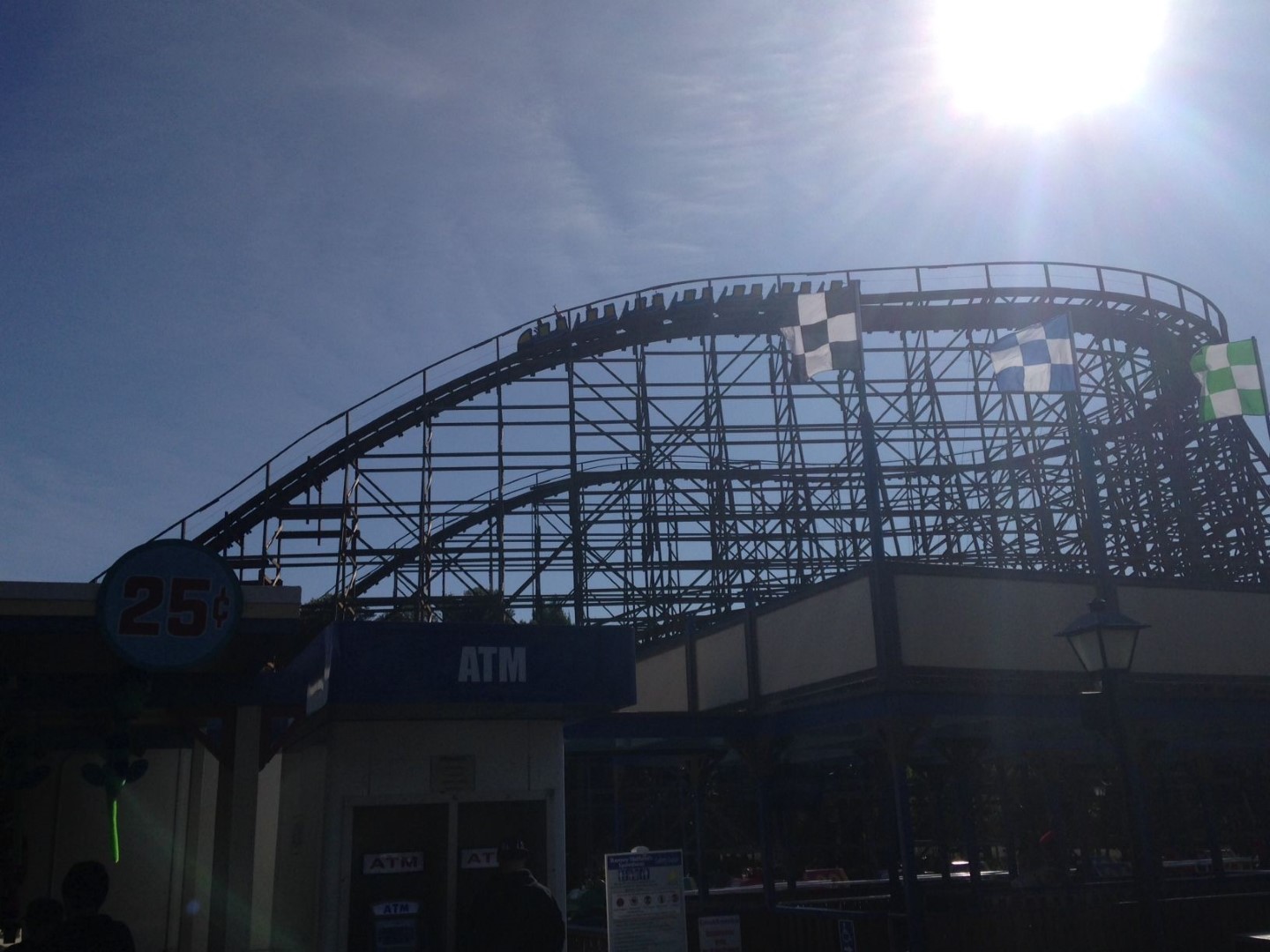 As a side note, Grizzly did not open until 11:00AM, an hour after the parks opening. 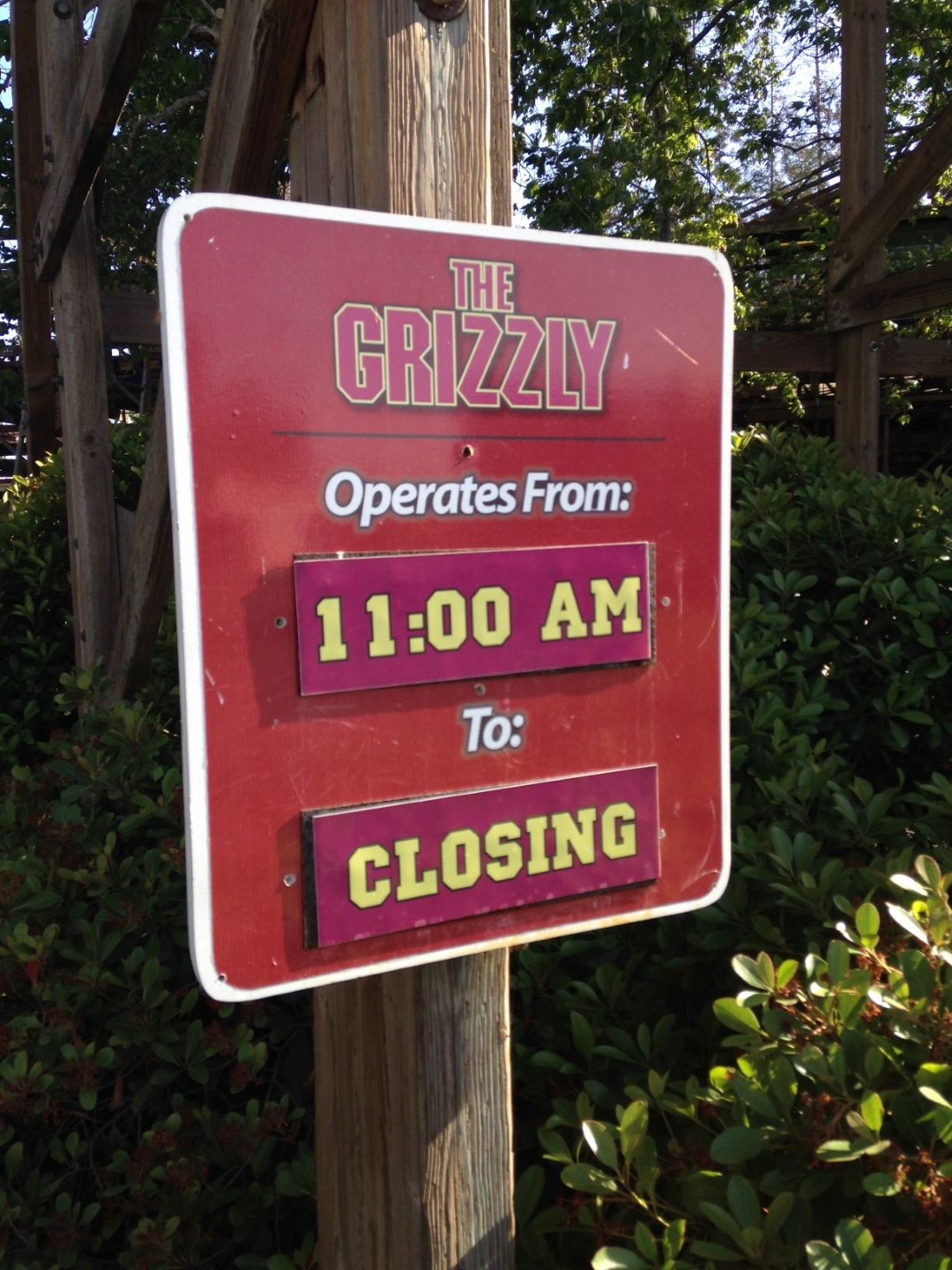 Drop Tower still has one car not operating. We rode multiple times today, and we were actually allowed to ride multiple times in a row as long as no one was waiting for our seat, a trend which applied to all other attractions for the rest of the day. 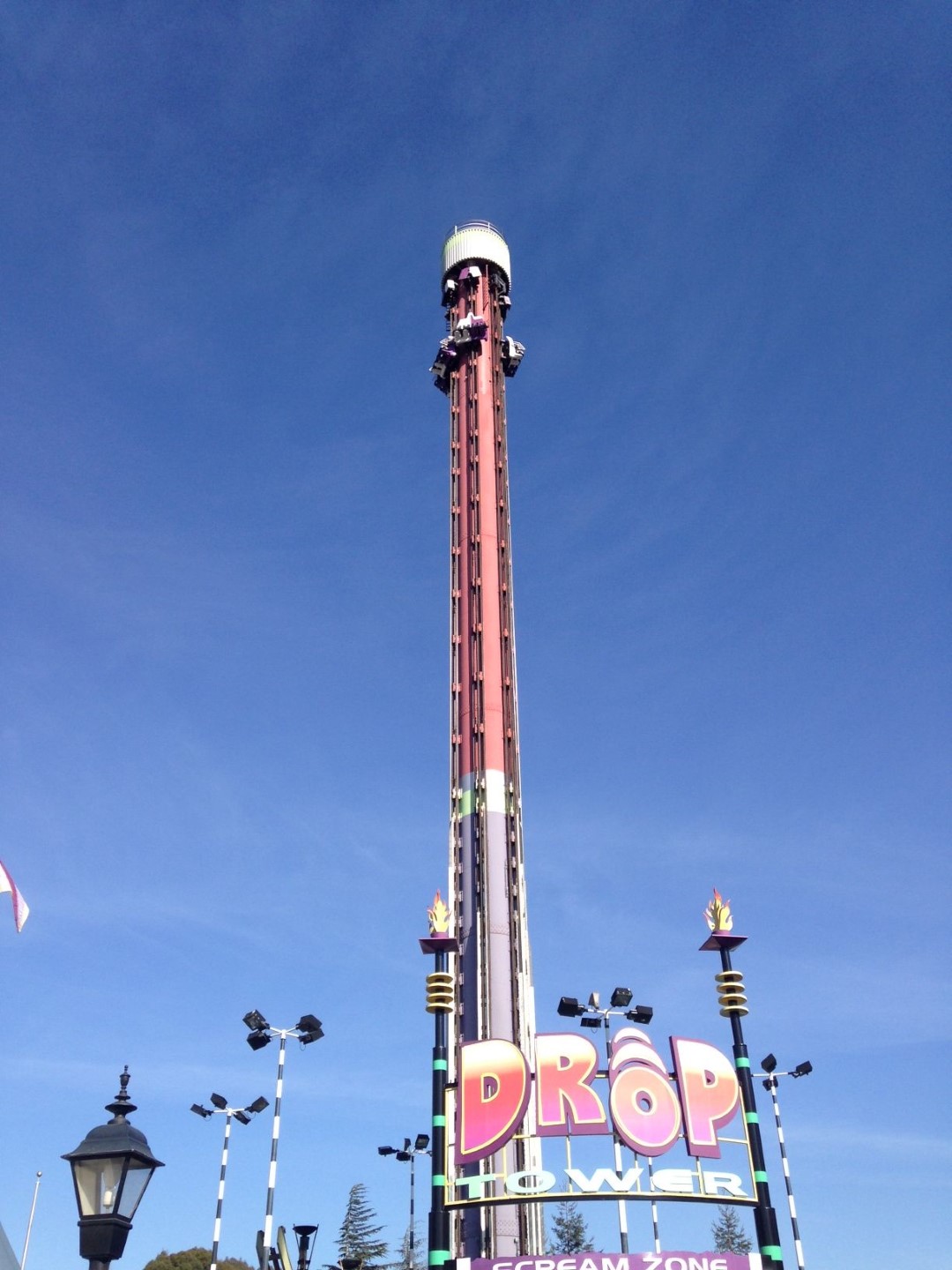 Many of the nearby mid-way games were closed due to the lack of crowds. 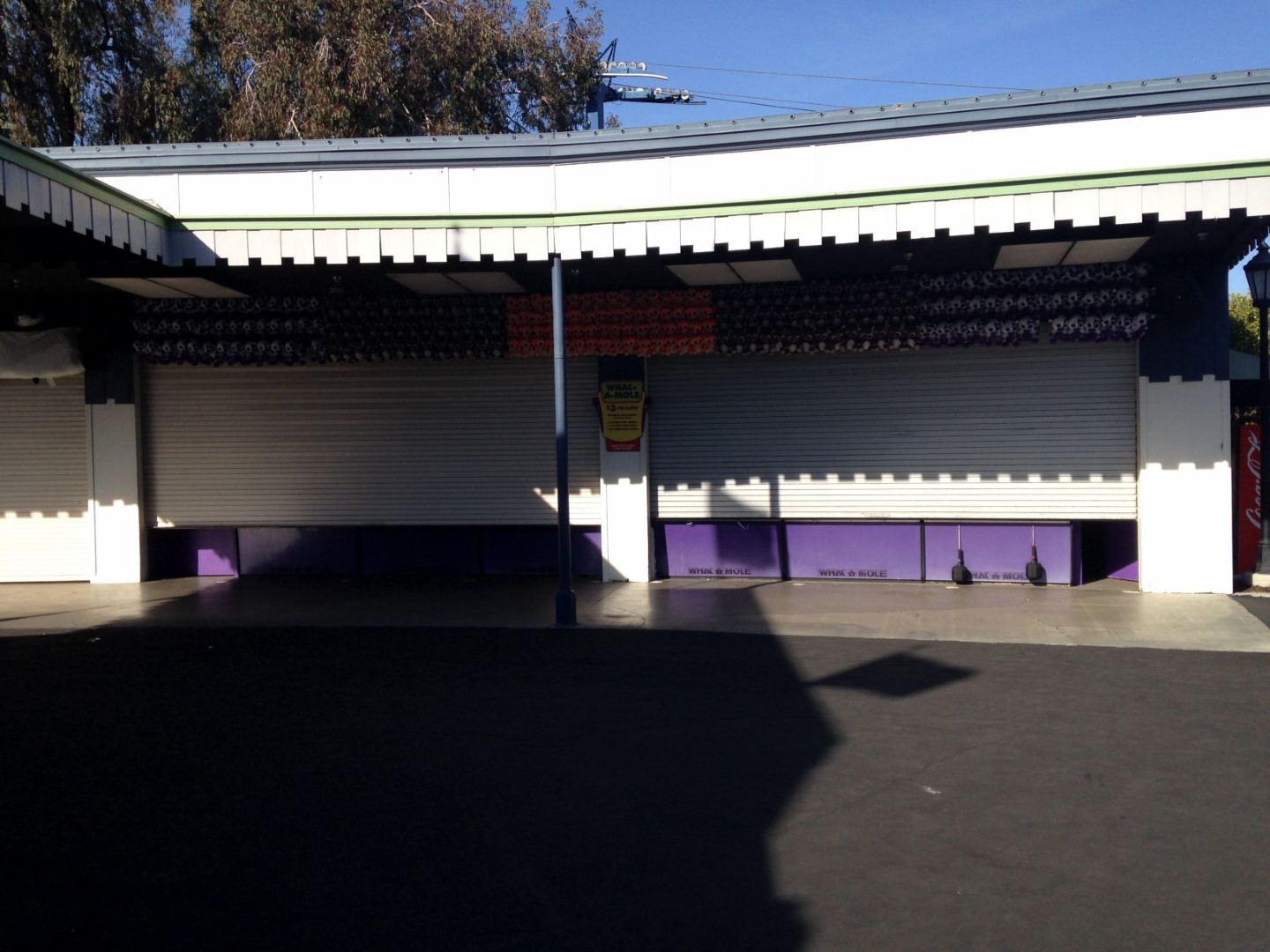 Over at the food court, both Burger Barn and The Chicken Basket received new menus during the off-season, which was nice to see. 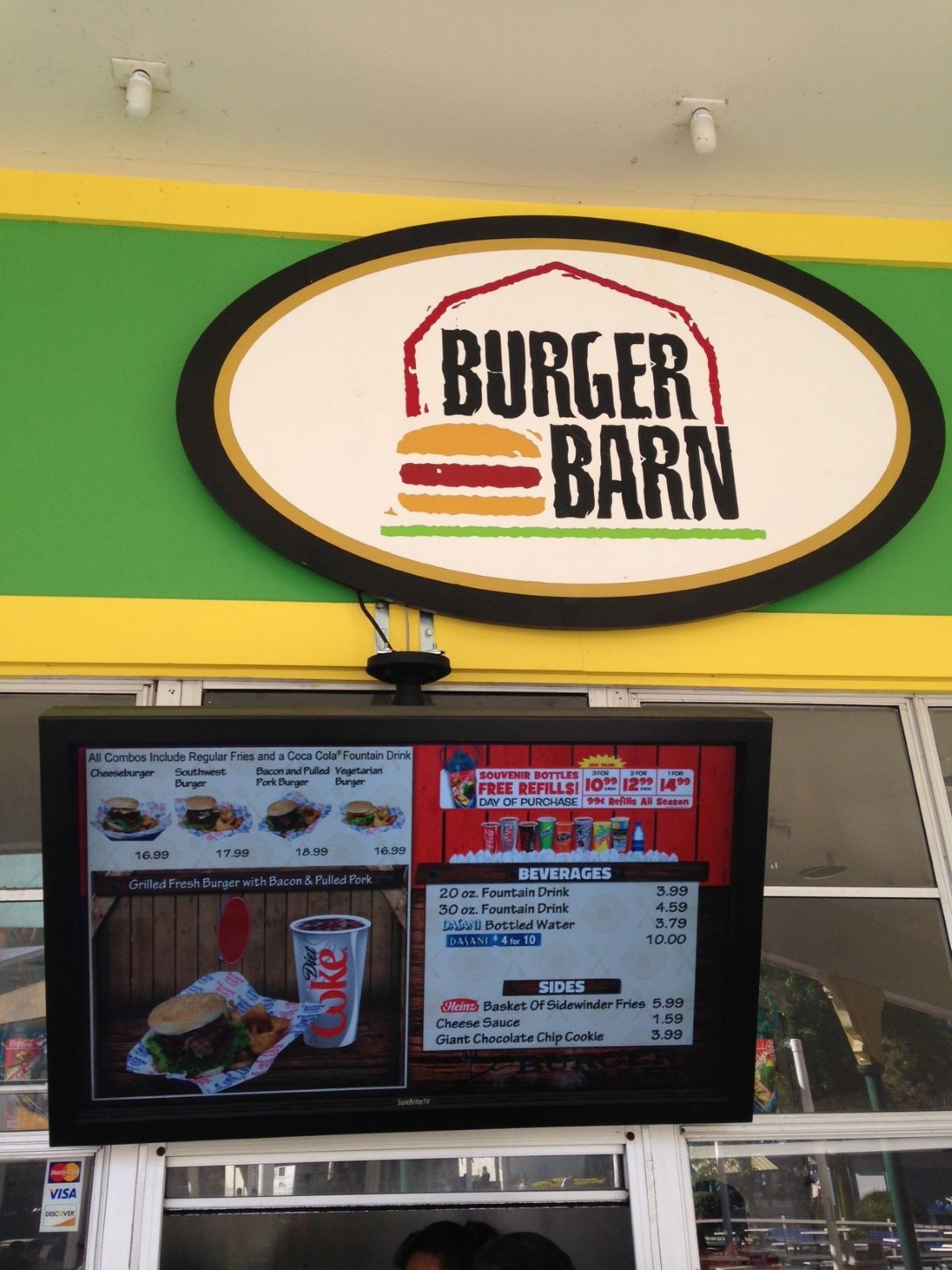 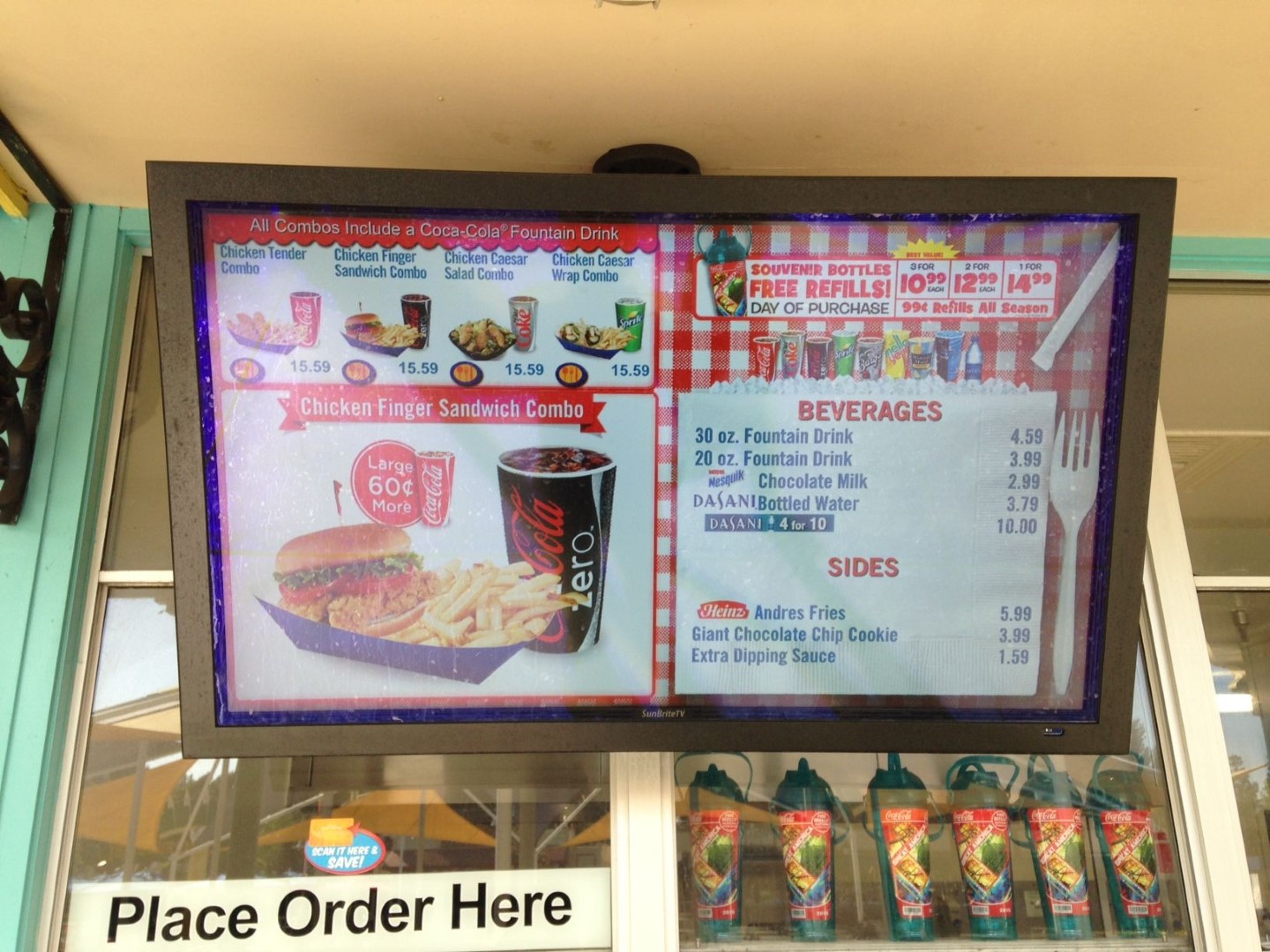 Demon closed around 5:00PM before we got a chance to ride it and remained closed for the rest of the day. 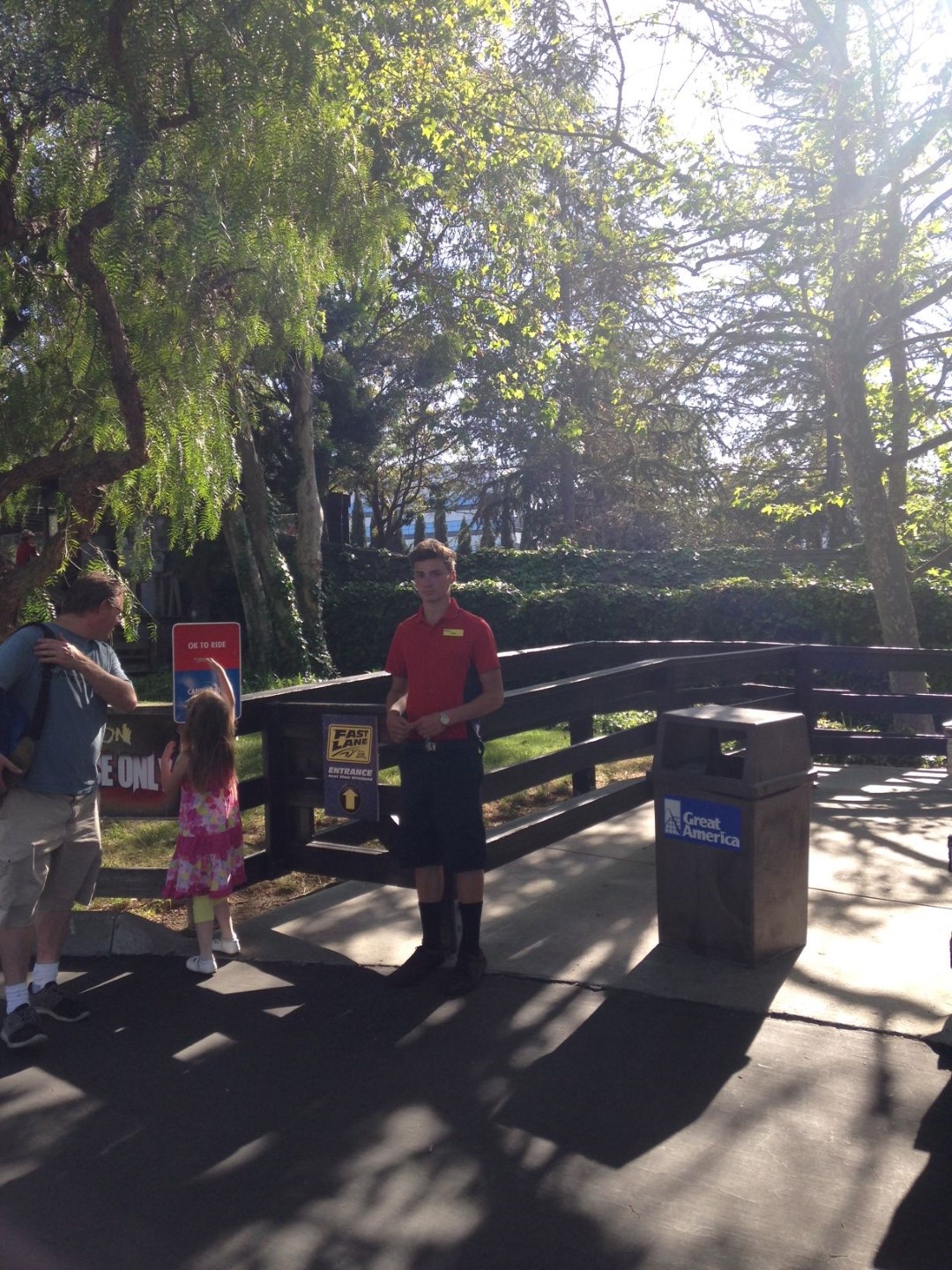 Look, Invertigo! I mean… a lawn. 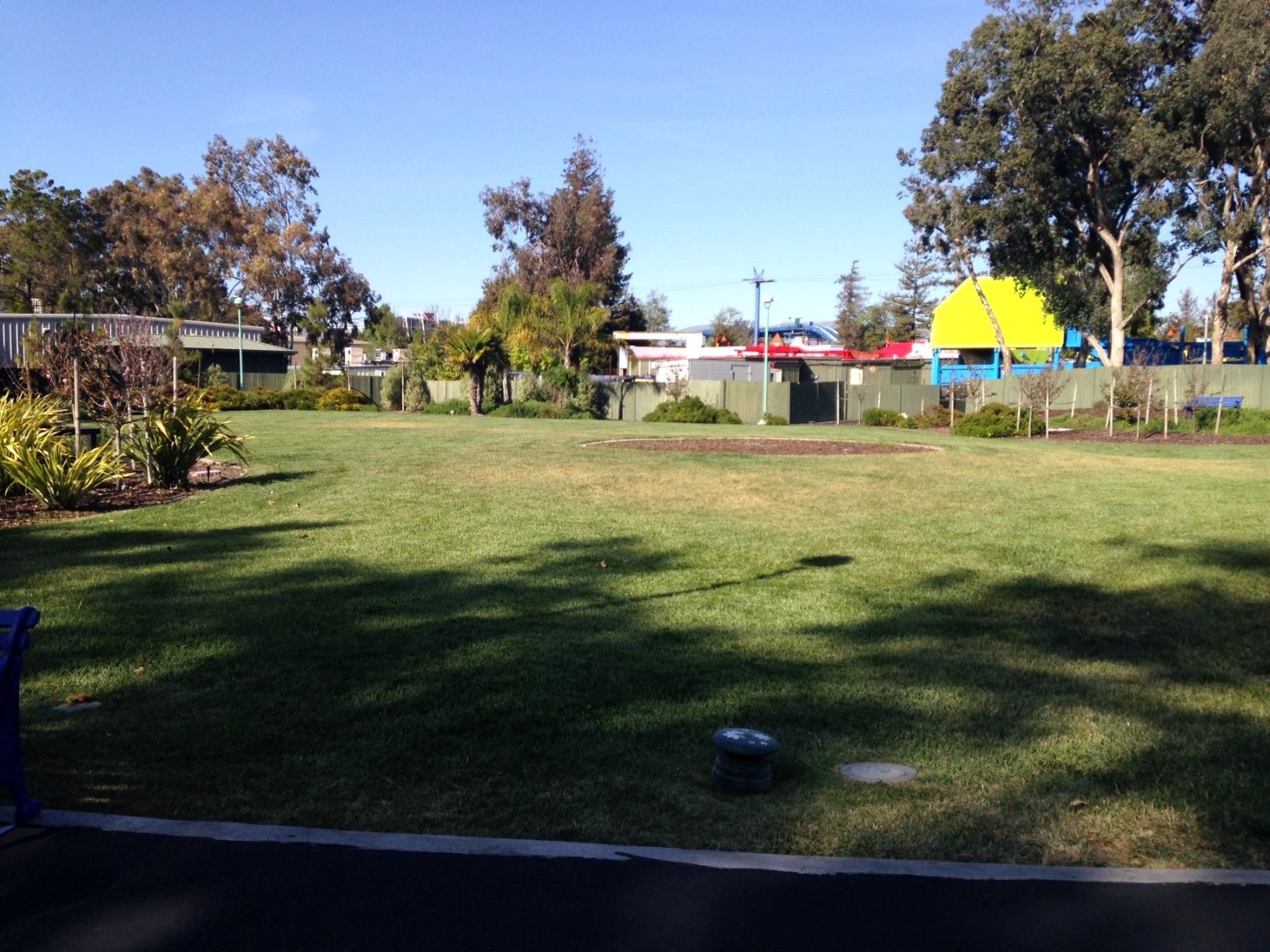 Berserker has opened after being closed for opening day. 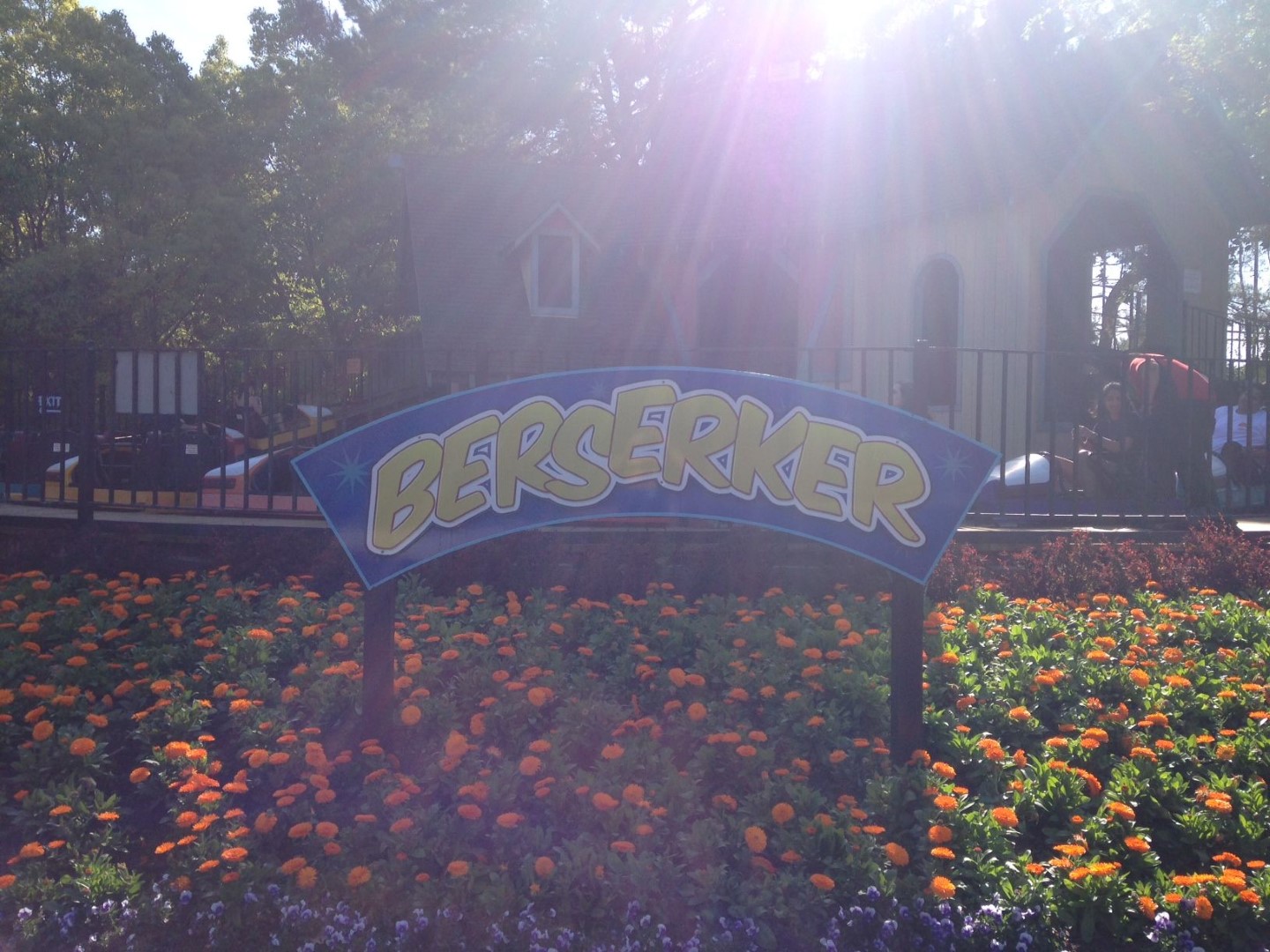 The area nearby Berserker has been fenced off, and has a sign stating they are working on a new attraction. It looks like some sort of soccer related mid-way game. 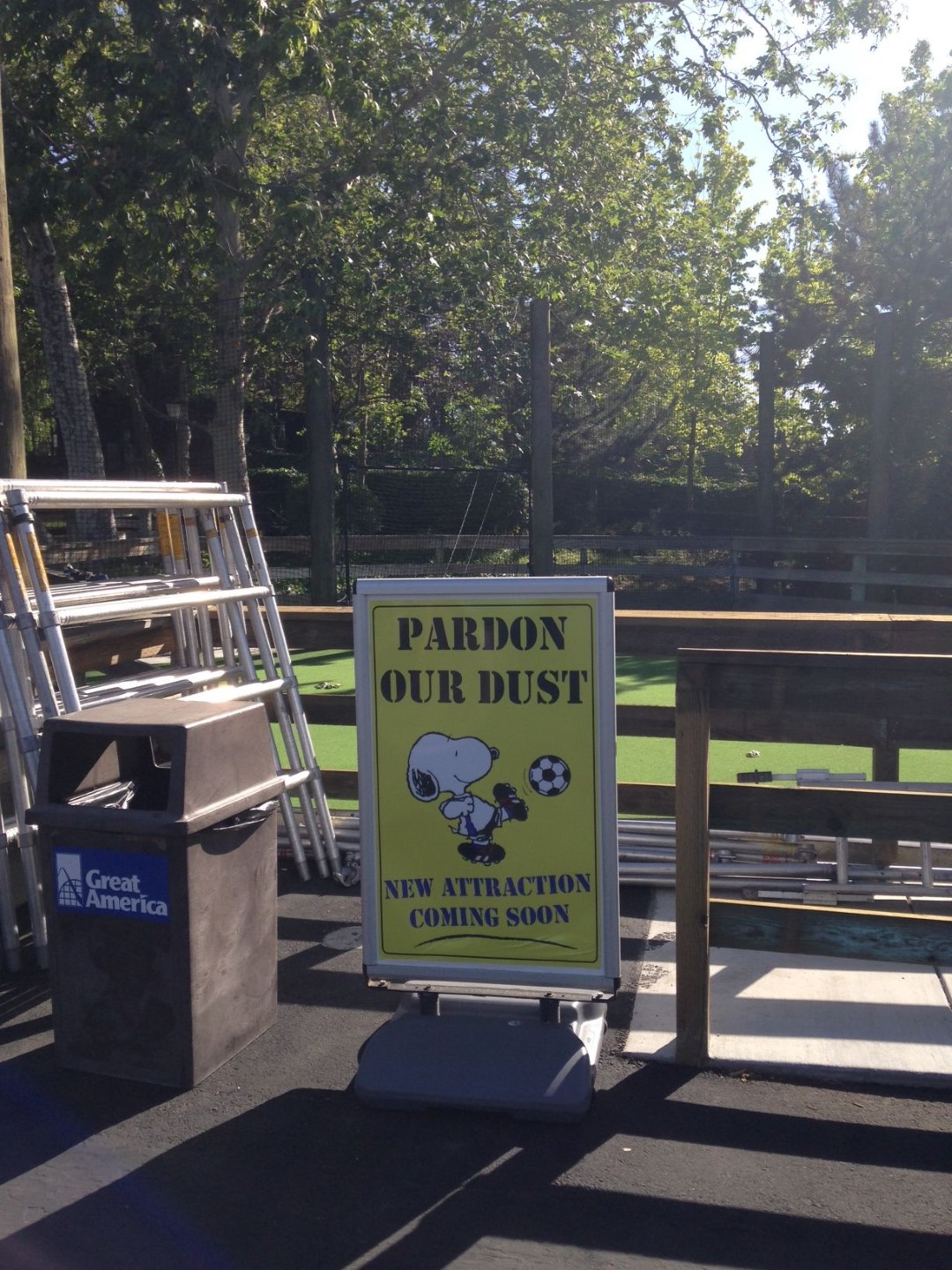 We had an entire Star Tower ride to ourselves, which was quite interesting. Shout out to Nathaniel, for being an outstanding employee and keeping us entertained. 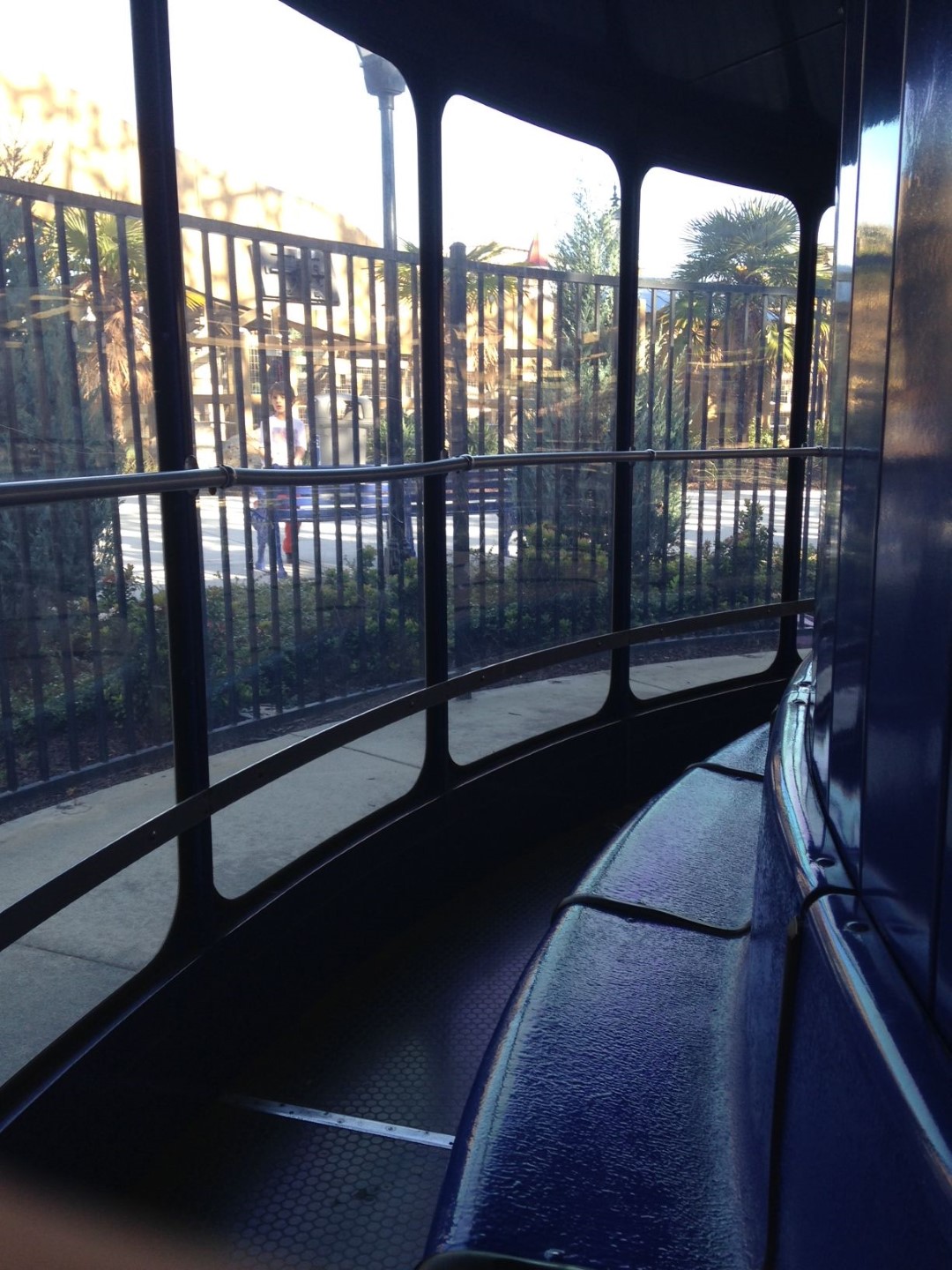 The park is advertising just about everything you could think of, from upcoming shows, to season passes, to Haunt. 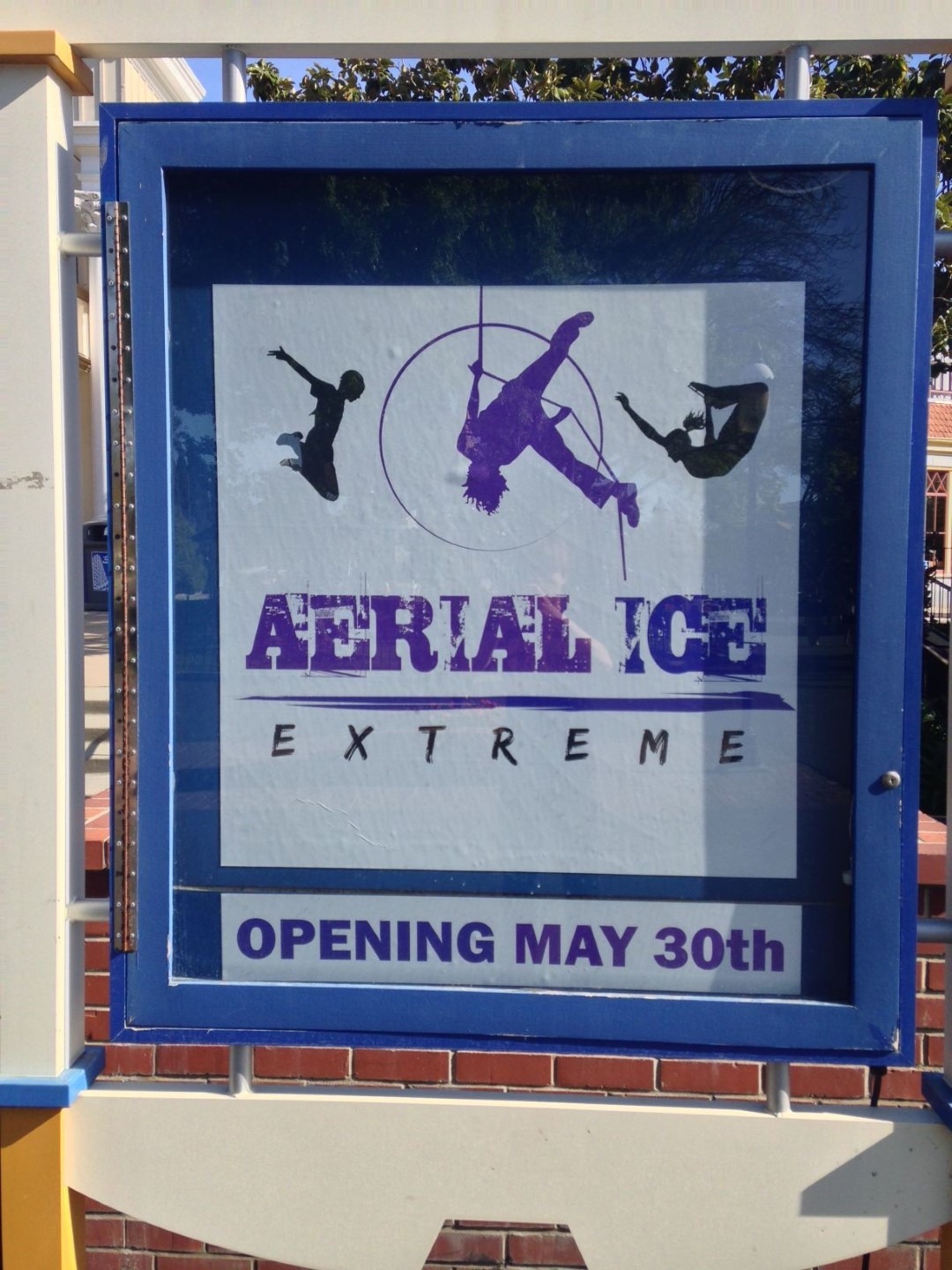 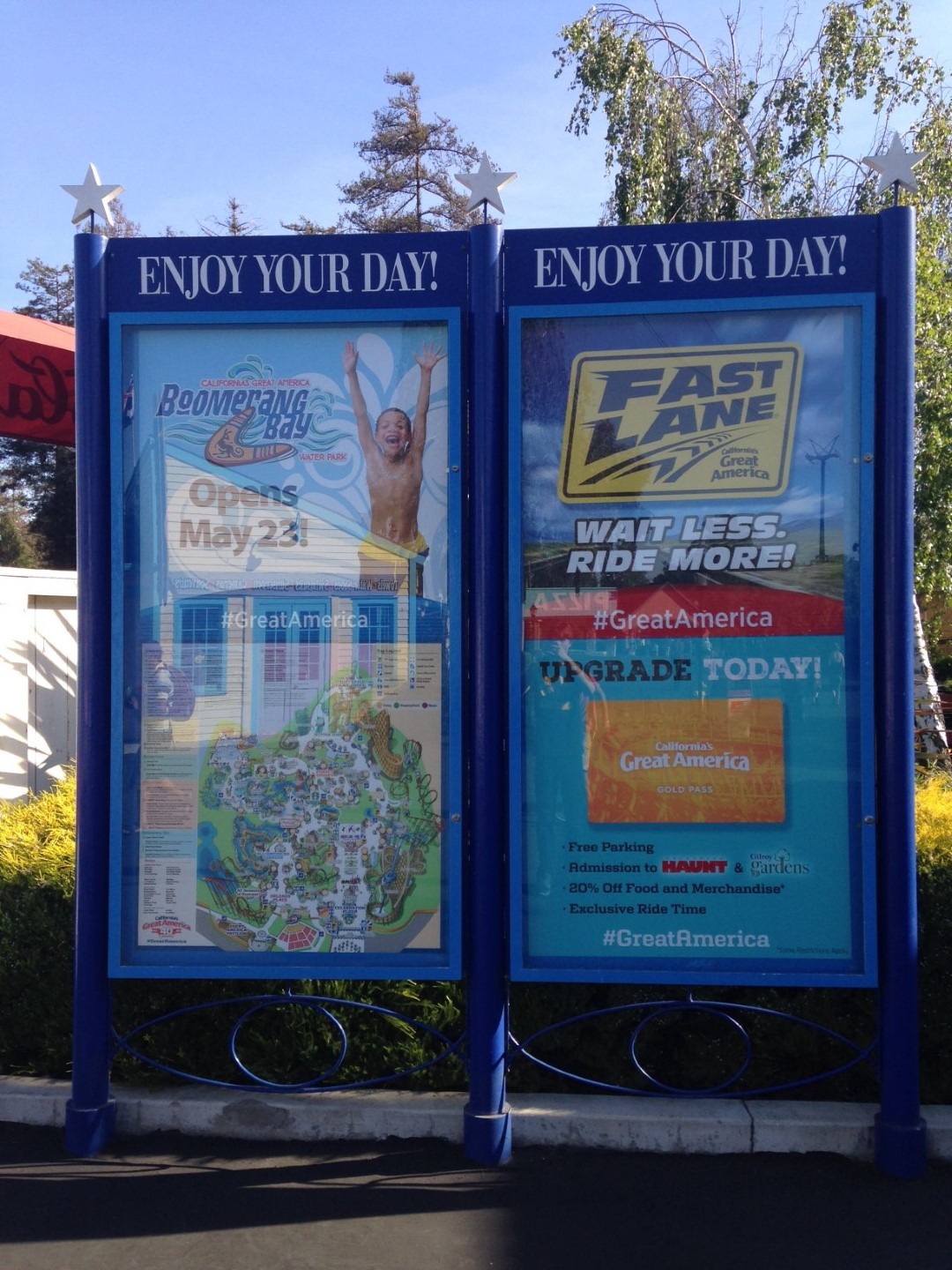 Lastly, the park was holding an event for In and Out employees, as we were constantly asked by CGA employees if that was our reason for visiting.
Thanks for checking out this update, make sure to stay tuned for more CGA coverage in the near future, as we have many things planned for this great park. Make sure to leave your comments below, and have a great day! 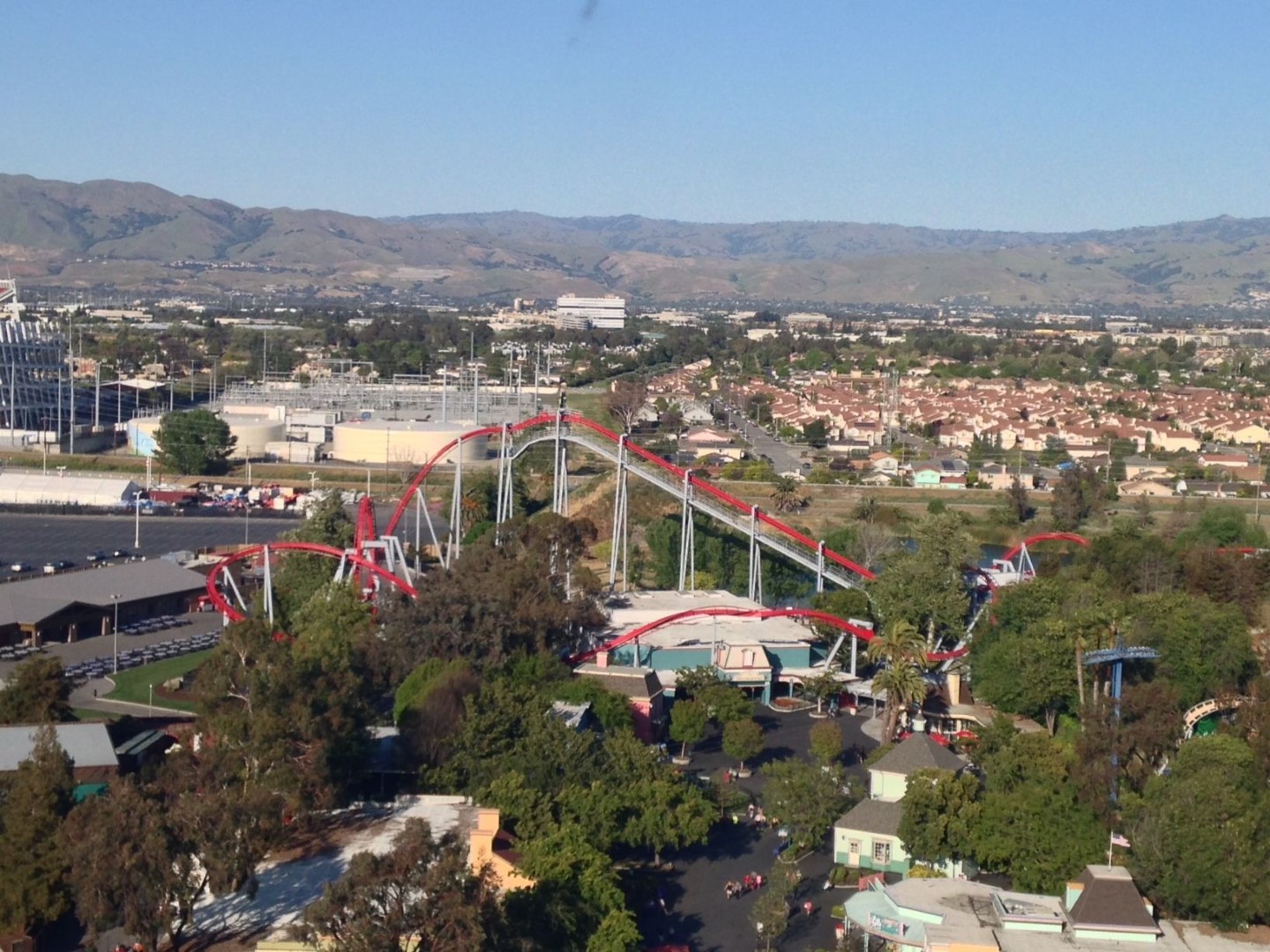 Two of California’s Great America’s coasters were ranked in the top 5 coasters of Nothern California, here!

Check out the newest updates;