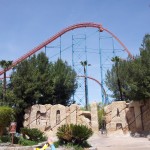 With all the crazy amounts of updates from all around the state recently, we can’t forget about Six Flags Magic Mountain of course. Twisted Colossus is looking amazing, the Screampunk District construction continues, Goliath is closed for quite a while, Grad Nite stages are popping around the park, and there’s a whole lot more to discuss, check it out!

Goliath remains closed for an unknown time, since its lift-hill chain broke last week. The train has been taken off the lift. Perhaps we’ll magically see a 3 train operation this summer now the park has time to refurbish all trains at once! (Don’t expect it). They moved the ERT for April 18th from Goliath to Full Throttle, so flash your pass on Saturday April 18th at 10:00AM for Full Throttle ERT! 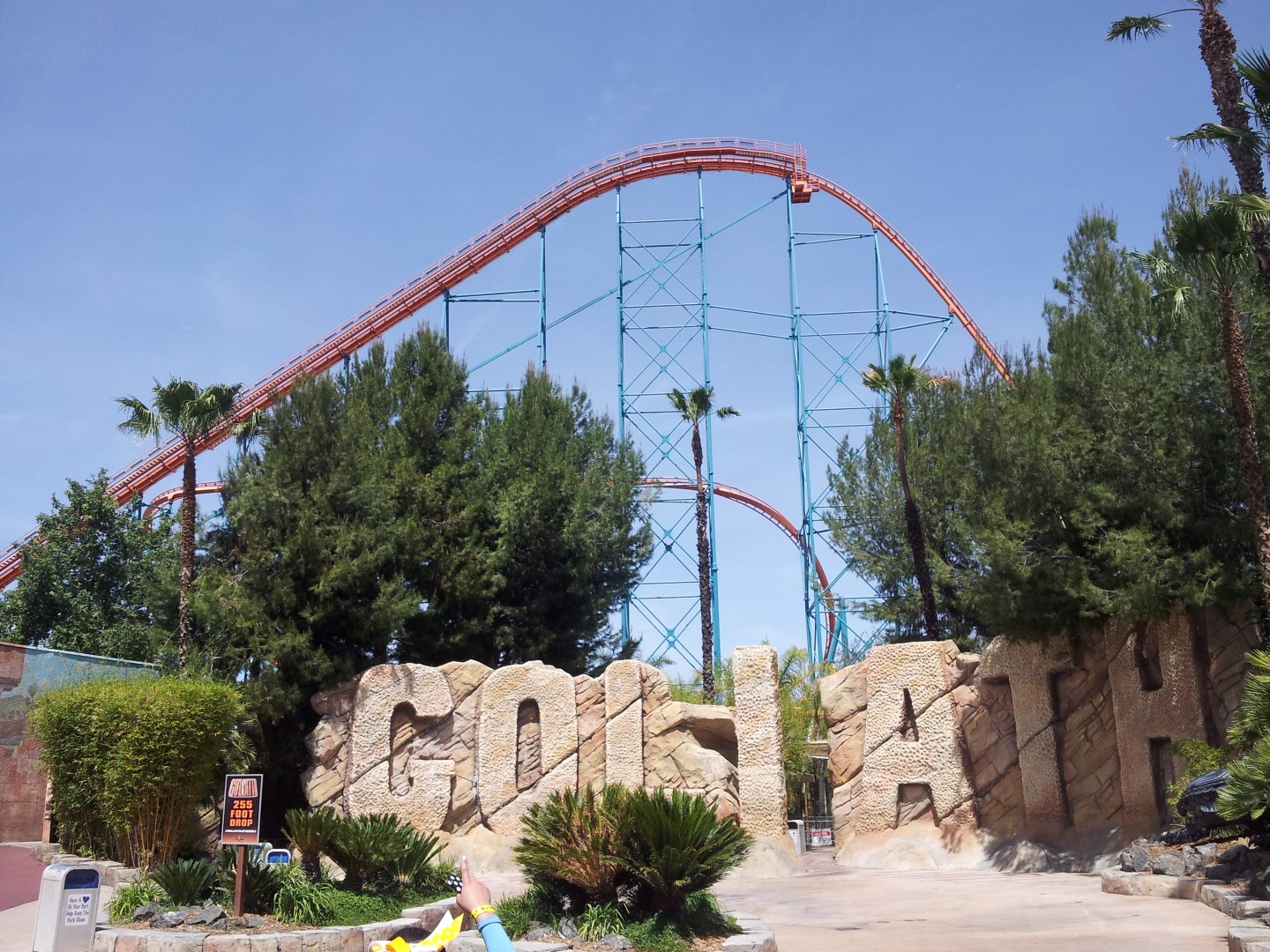 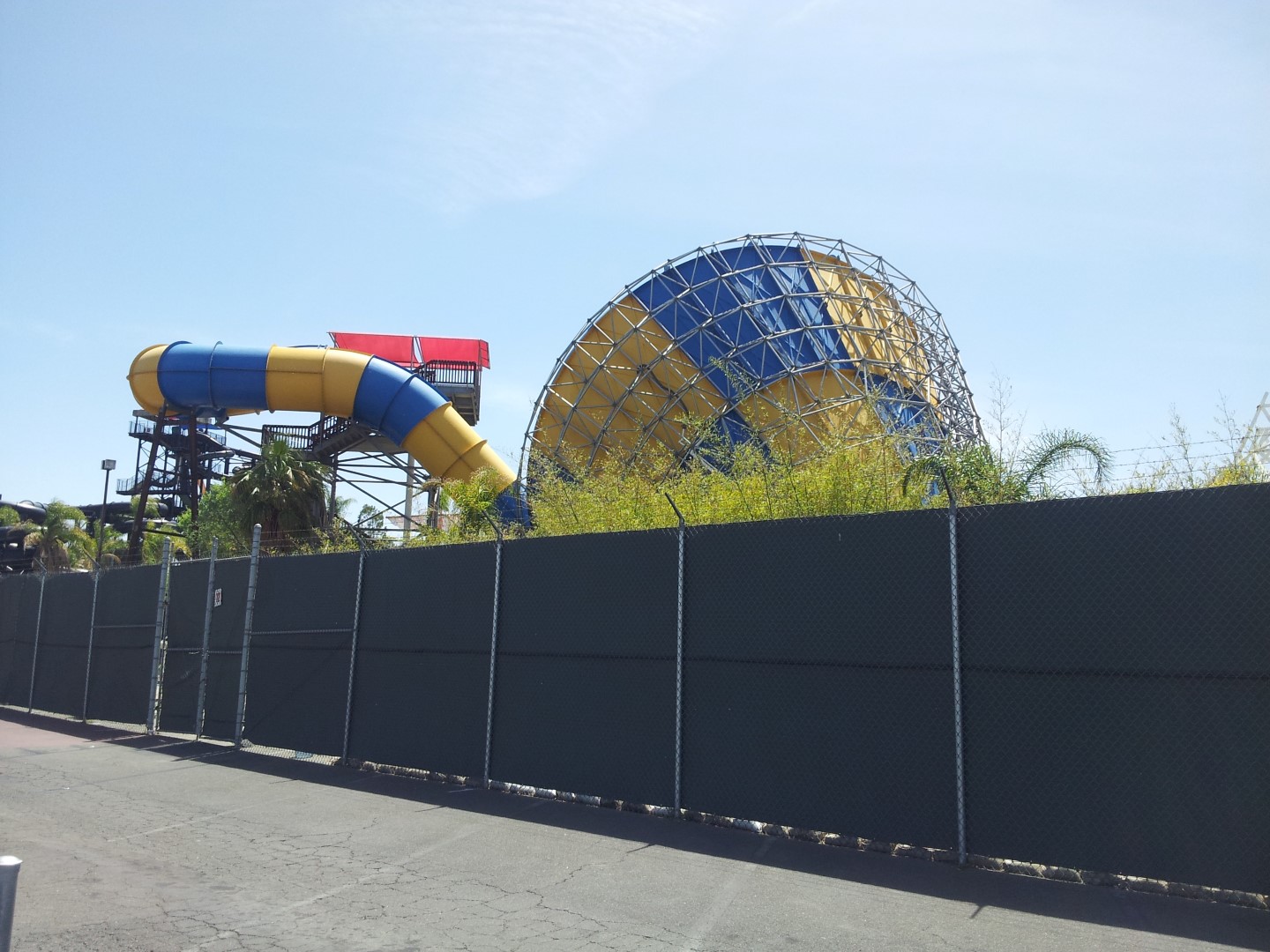 Grad Nite’s coming up soon, so the park is setting up the dance areas and stages around the park. This is at the main entrance; 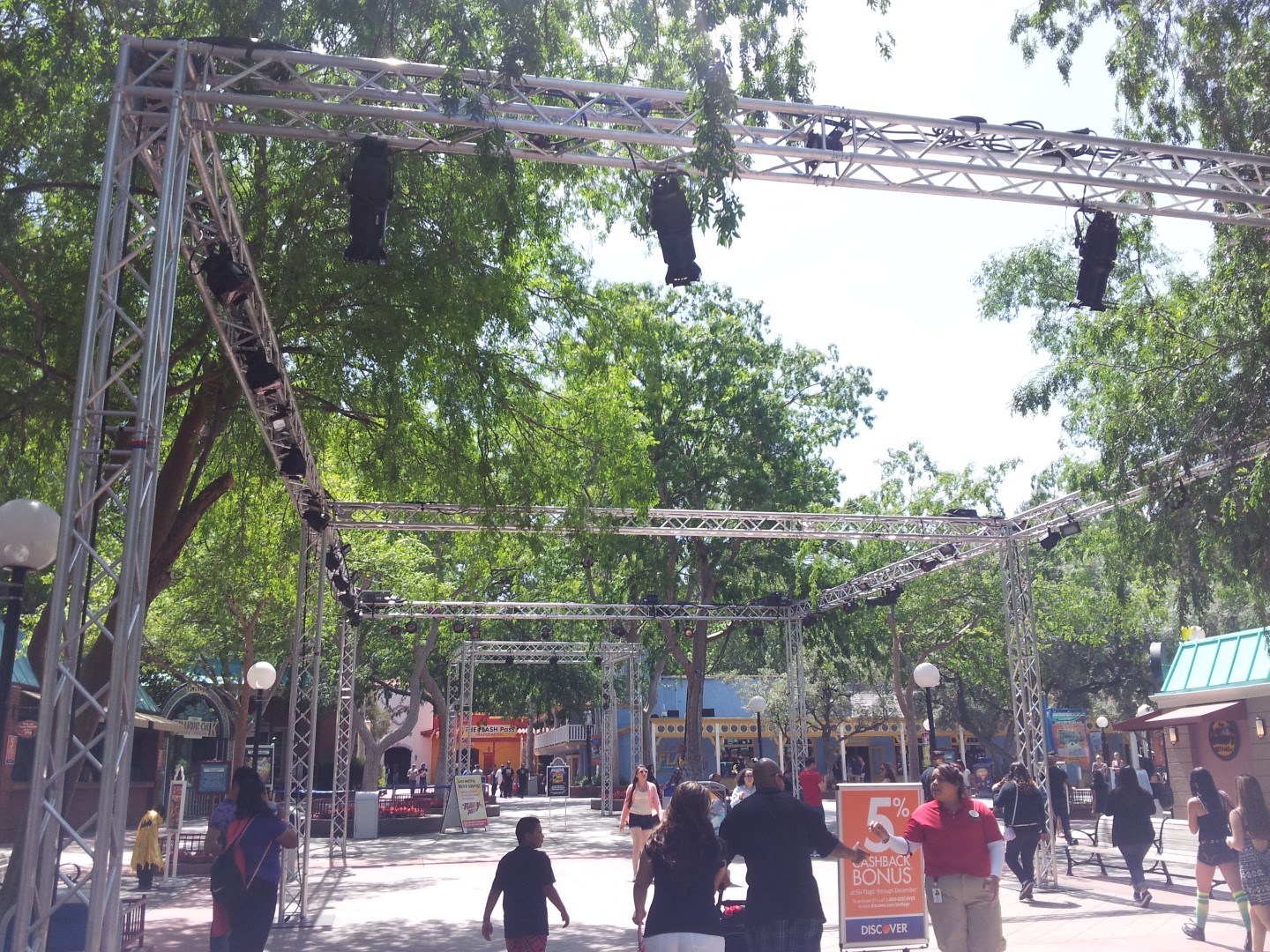 In front of DC Universe; 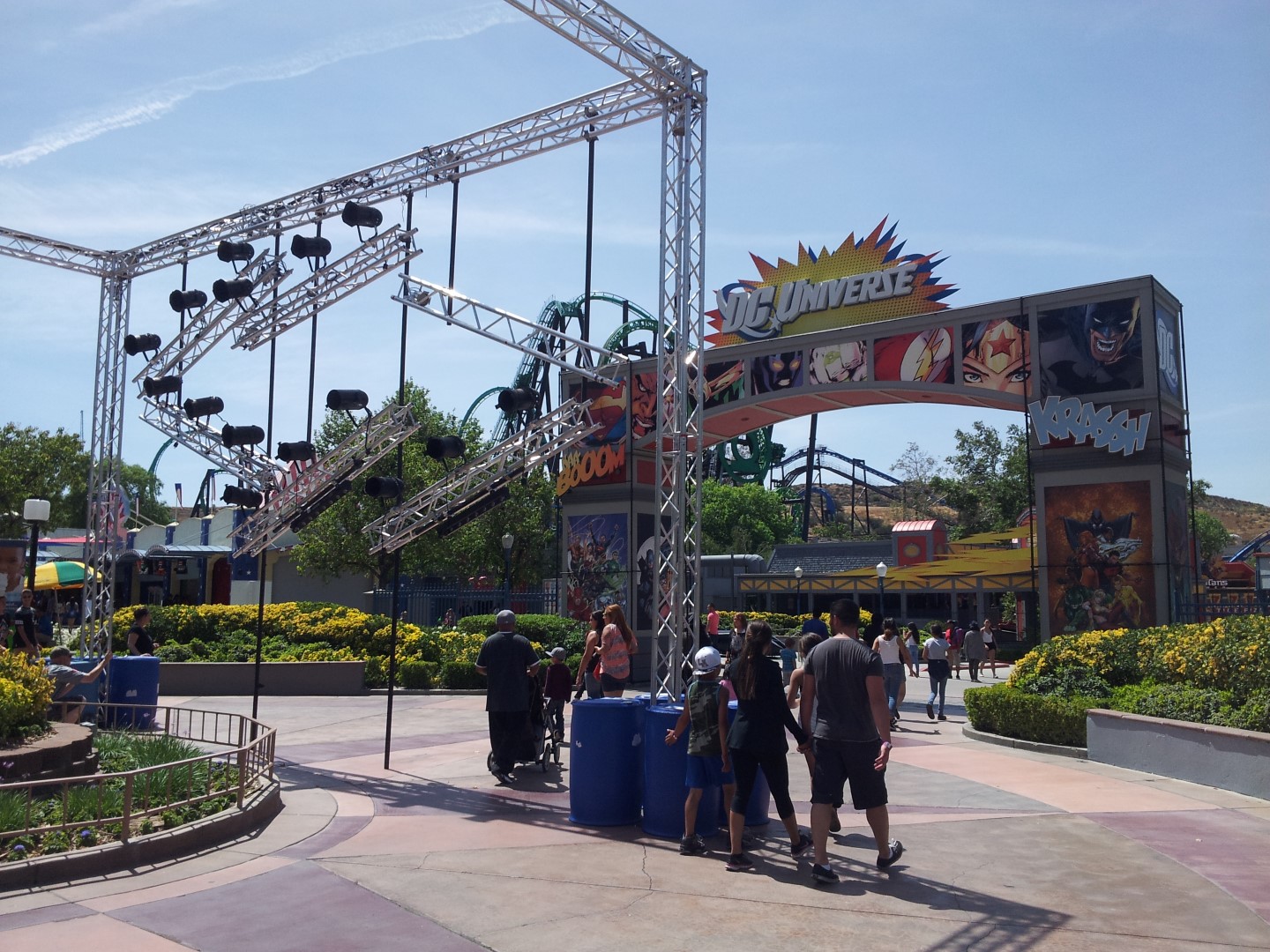 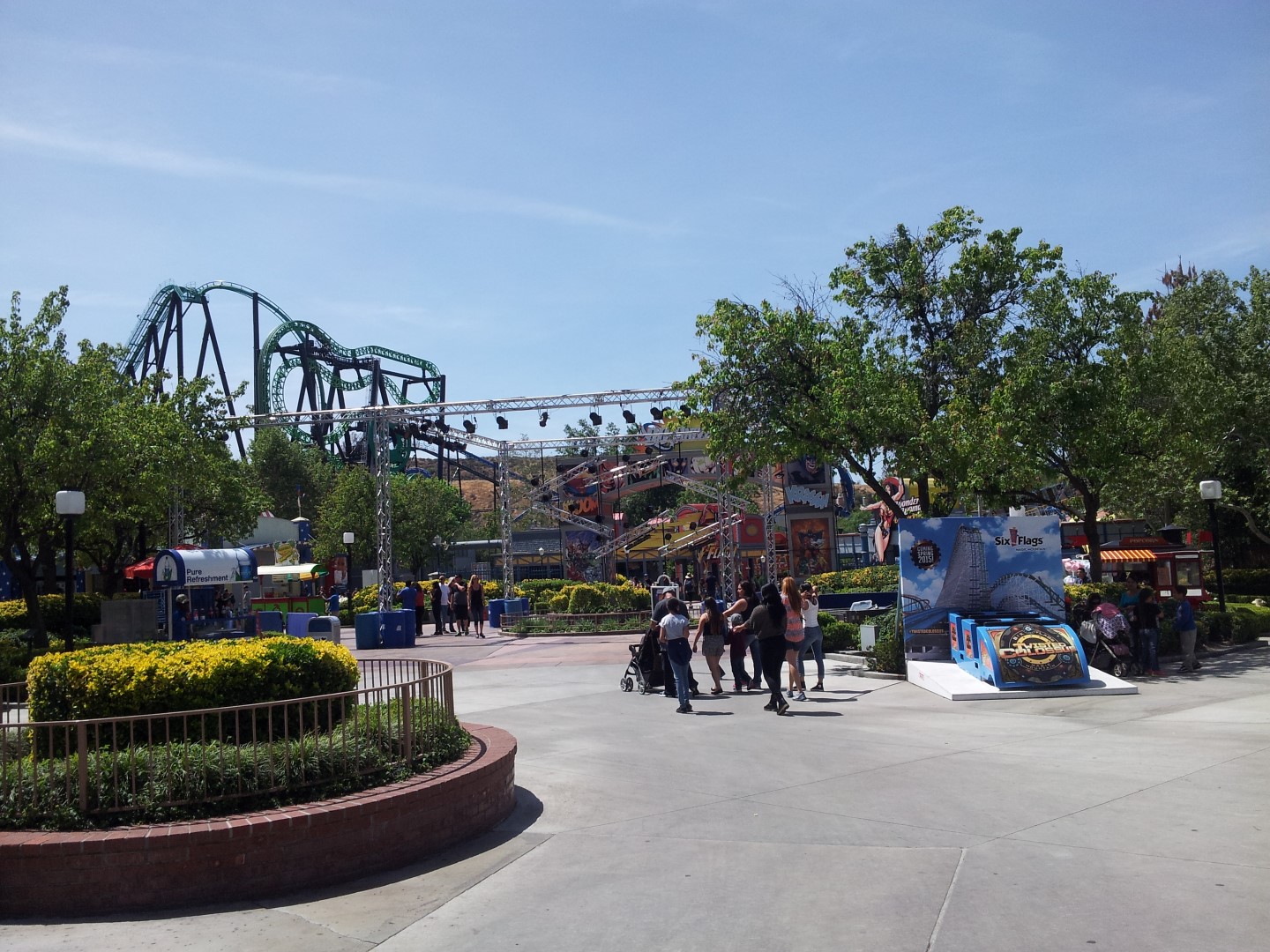 At the Movie District in front of Riddler’s Revenge. 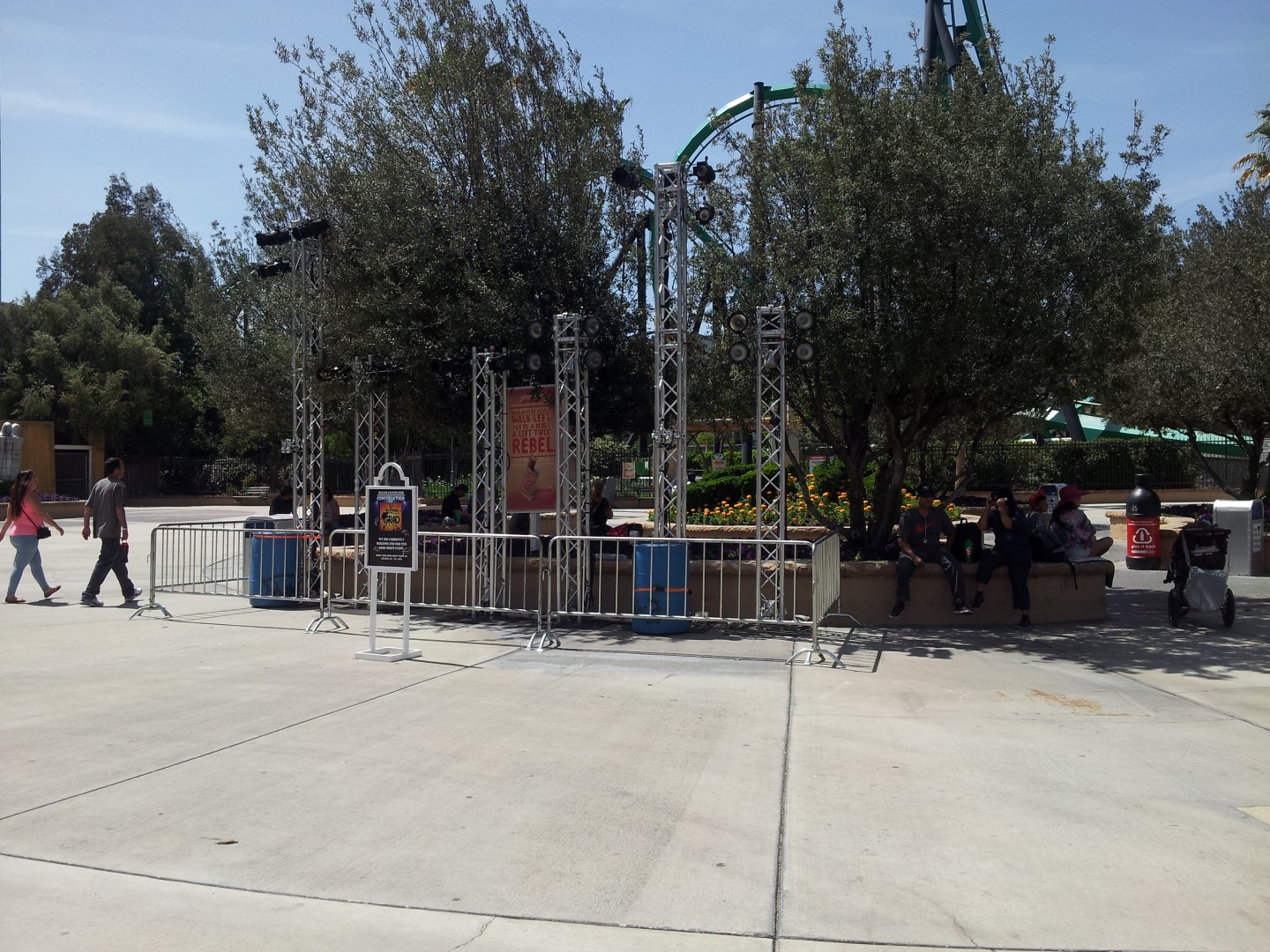 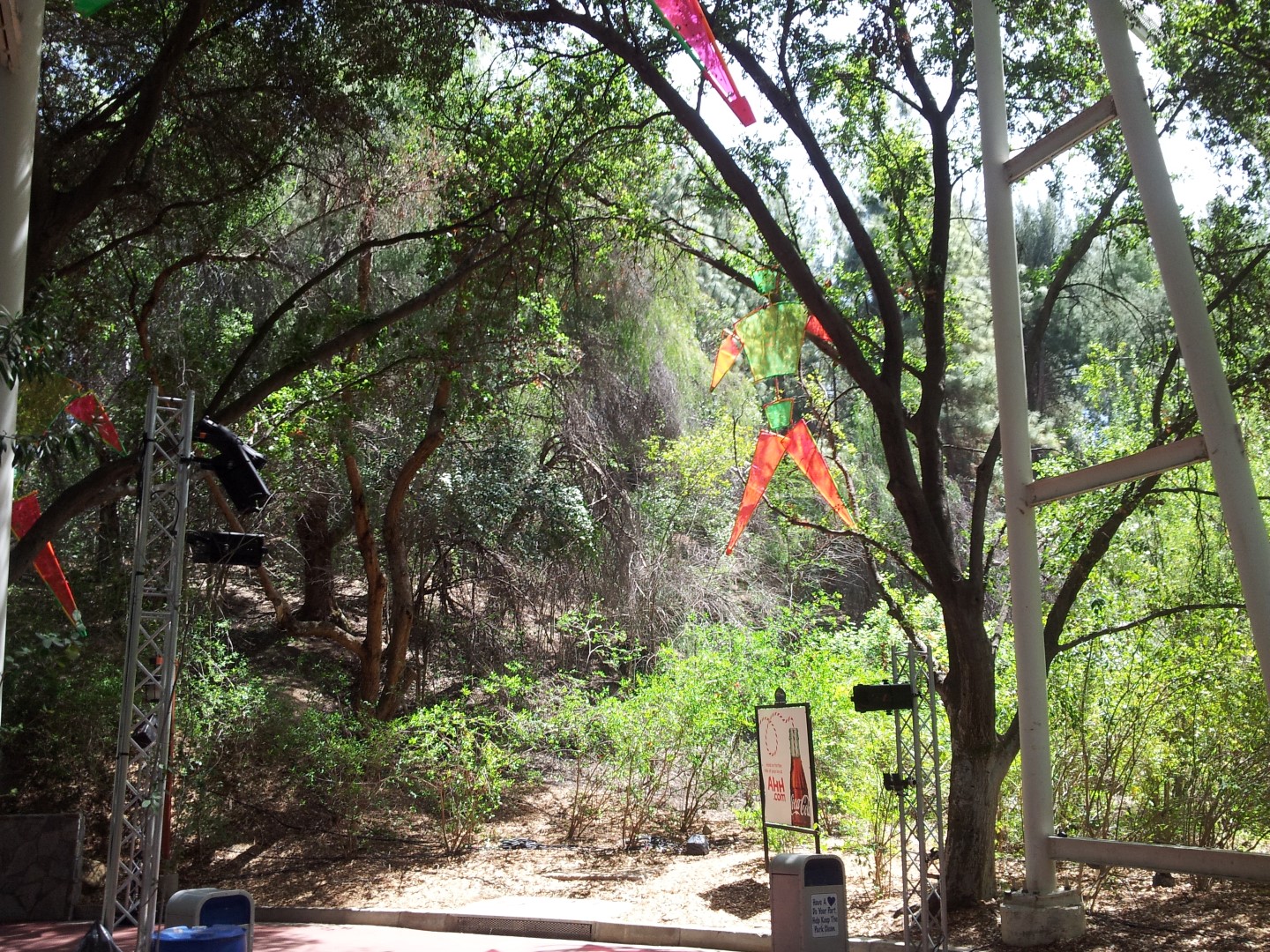 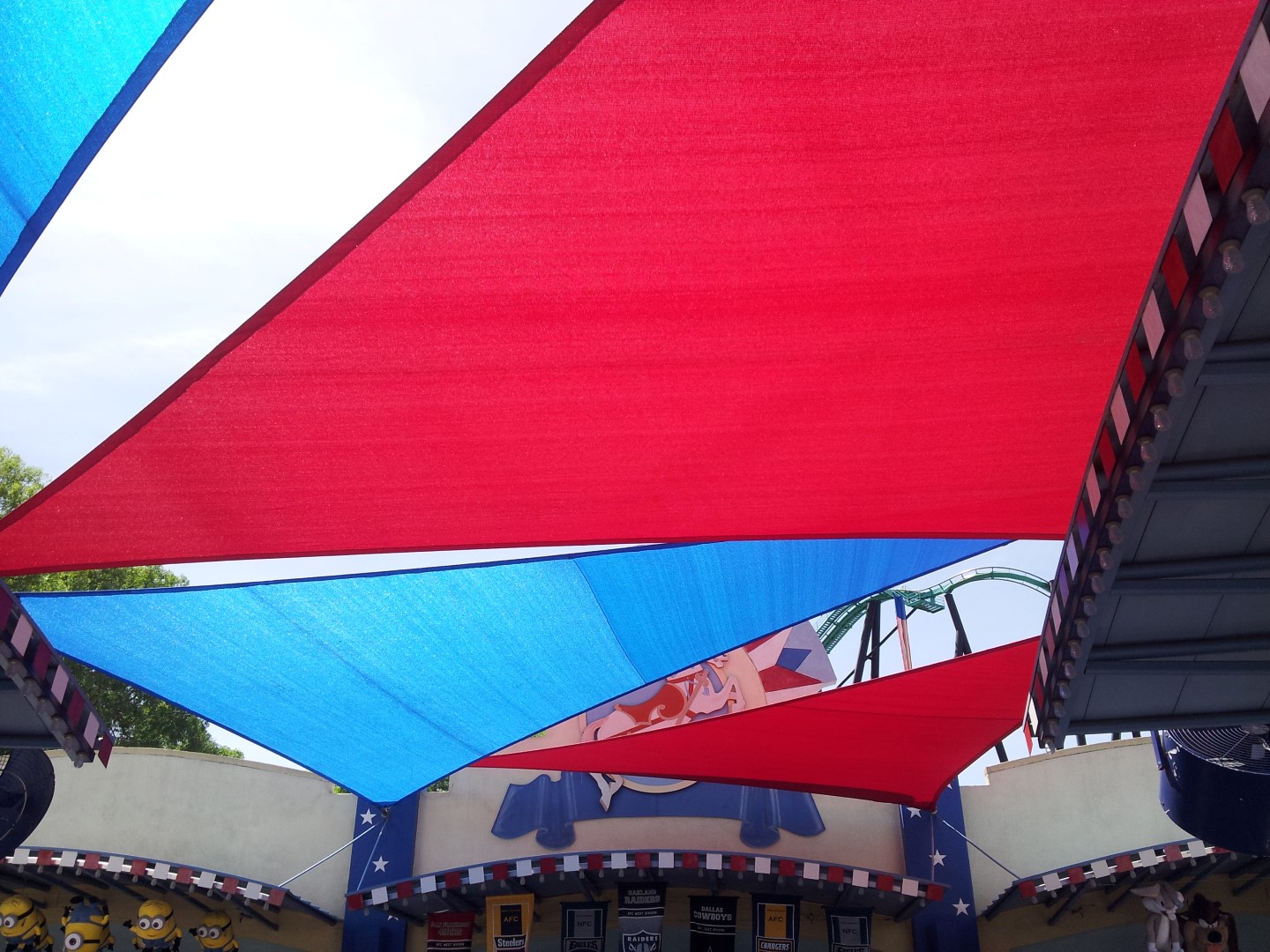 I’m not sure if the waterfront pool was filled because of the rain earlier this week, or if the park decided to fill it up. The water is quite shallow, and with the drought I highly doubt the park did this. 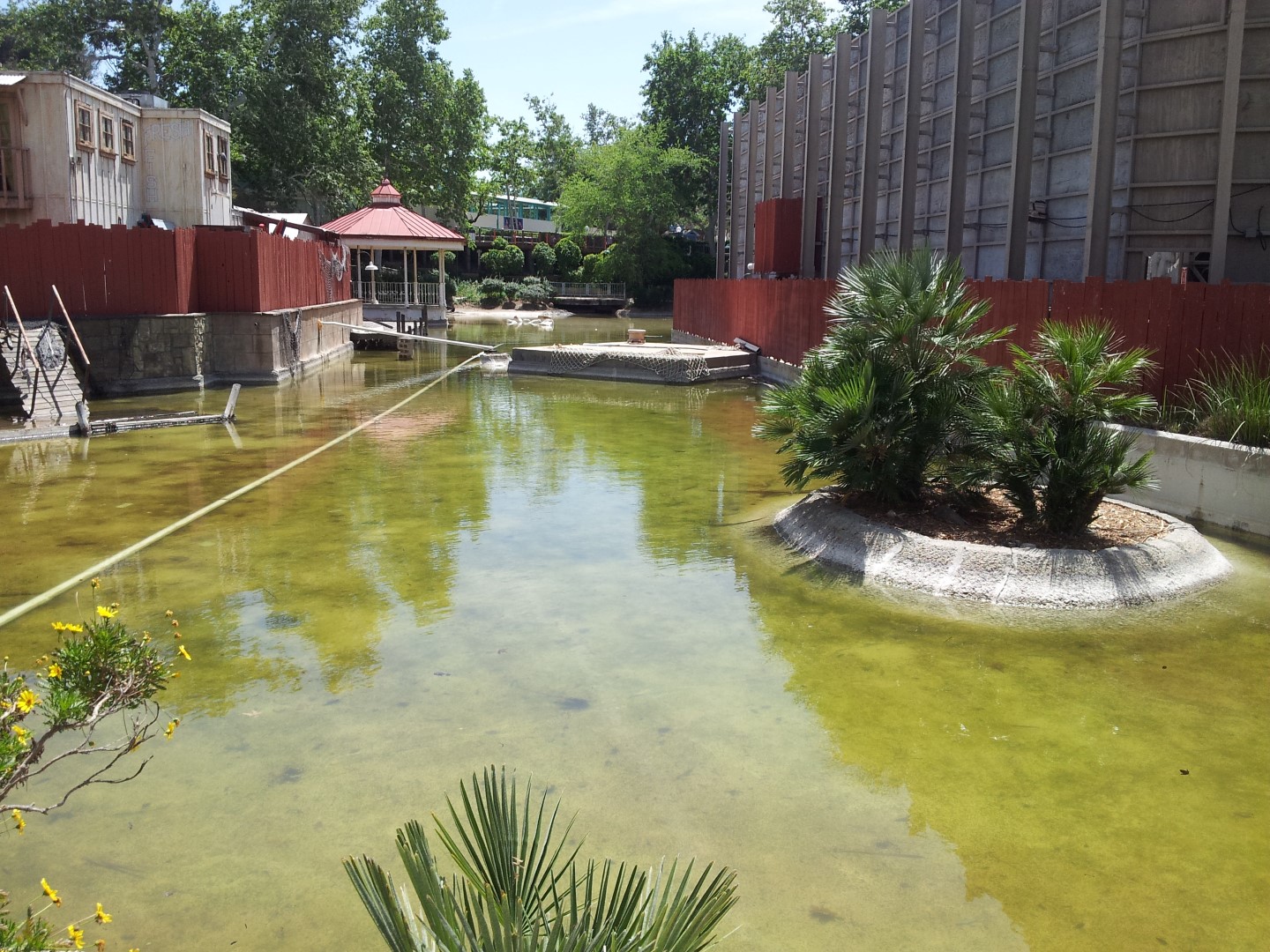 That goose is enjoying it, just sayin’. 😛 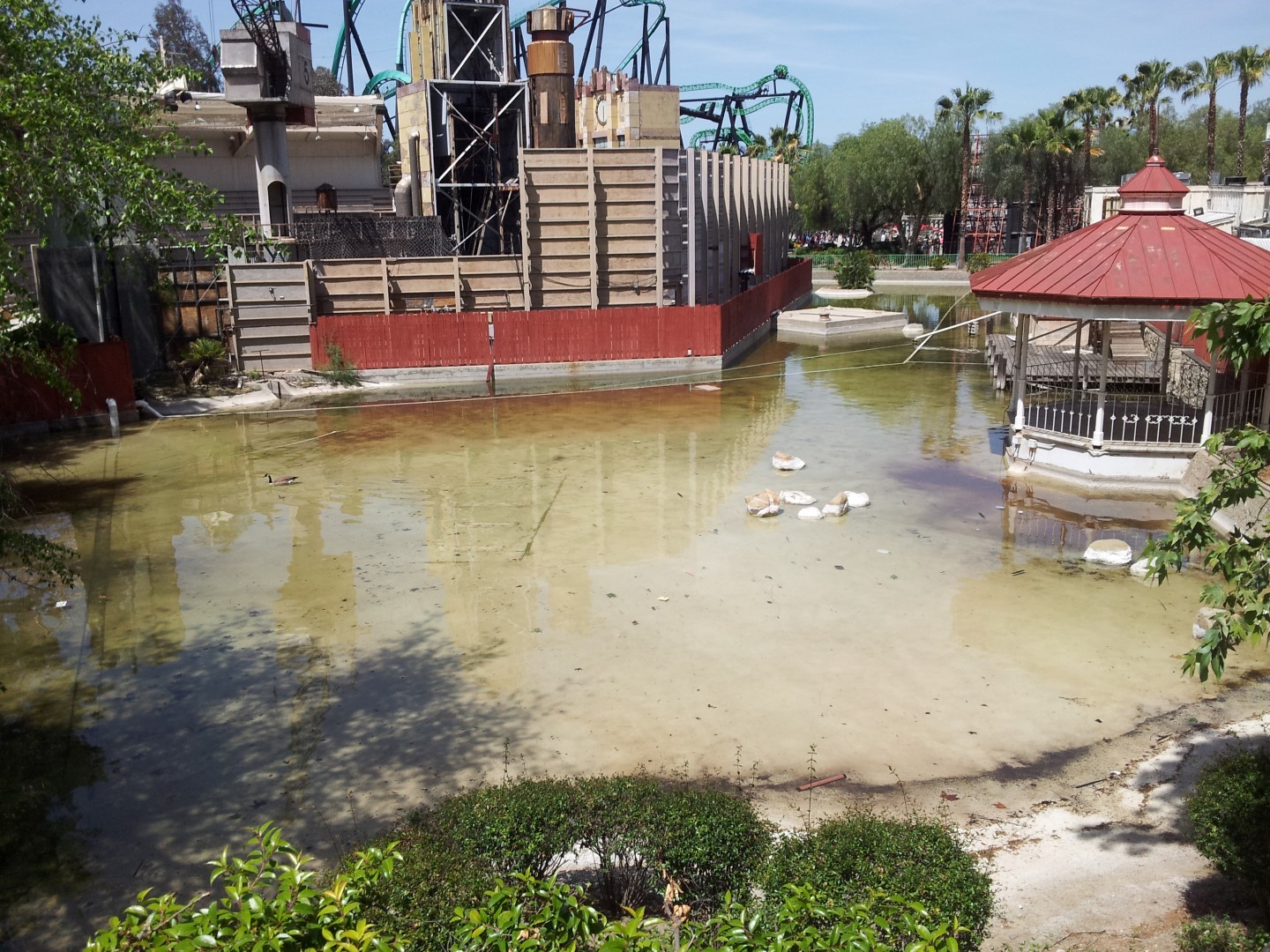 Ninja’s down to one train. One’s on the storage track for refurbishment, and the other’s of course running. 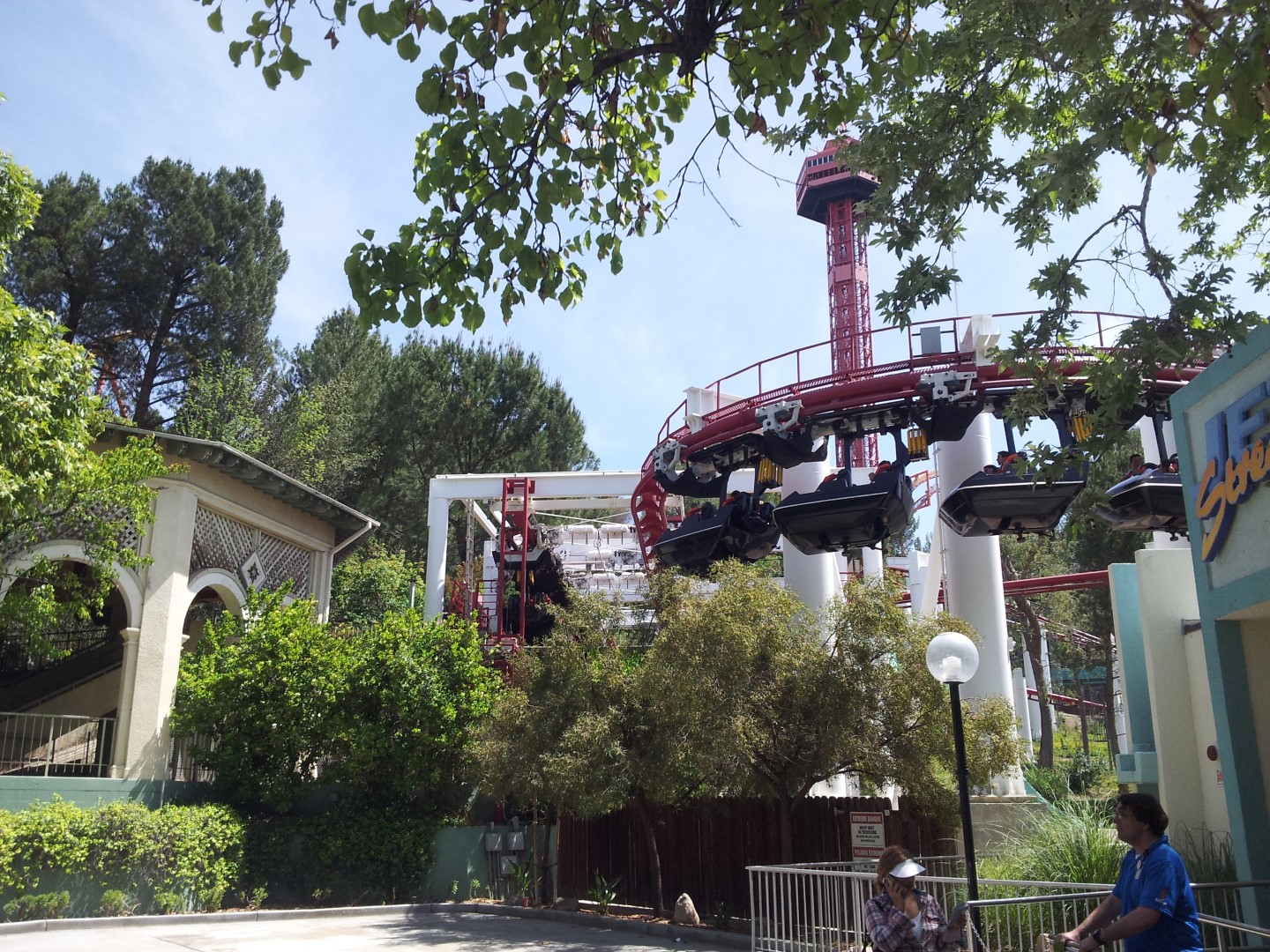 Apocalypse is still down to one train. And yes, for those of you who already read our new Discovery Kingdom Update, ROAR is indeed running a lot better than Apocalypse is. 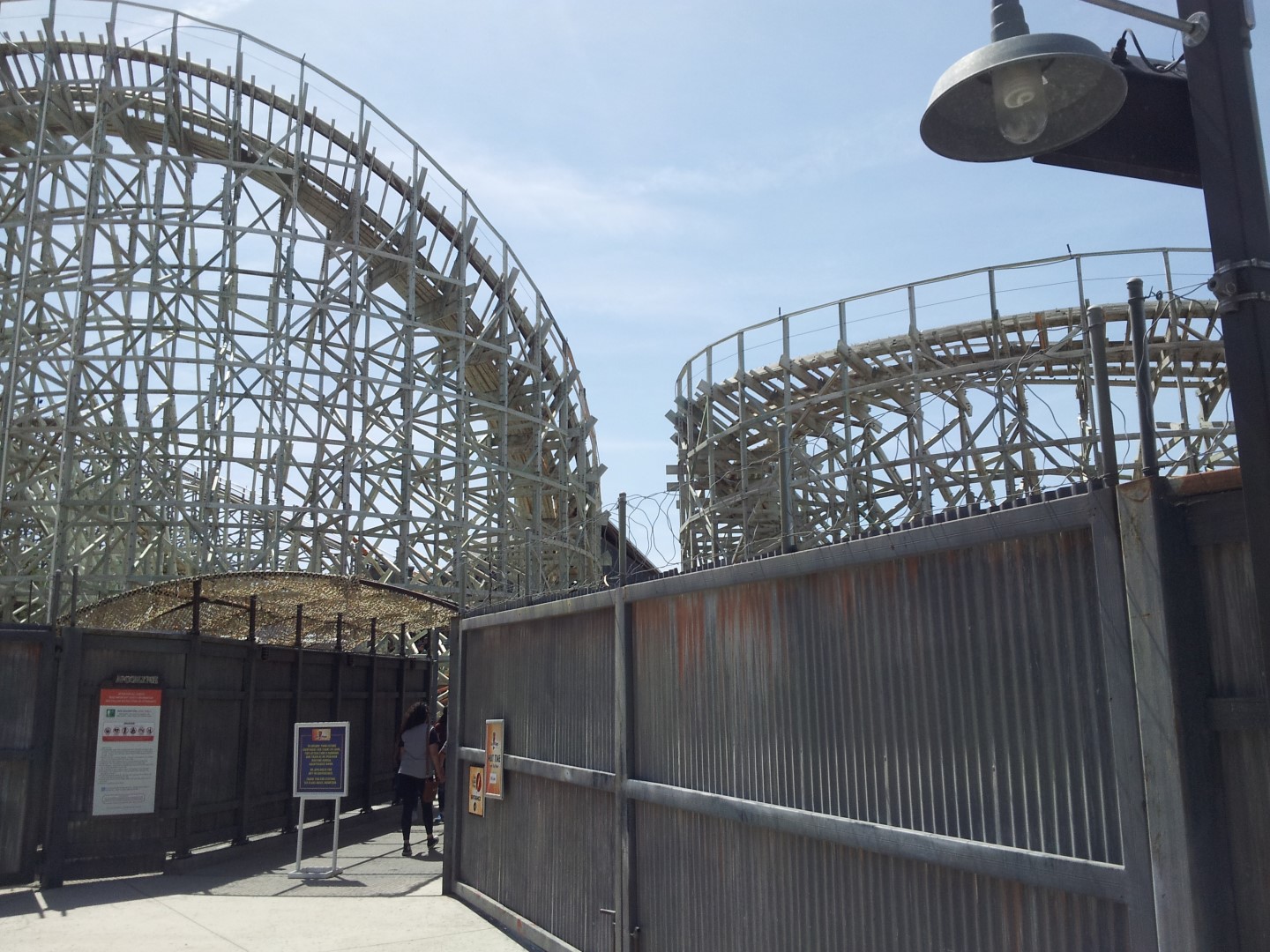 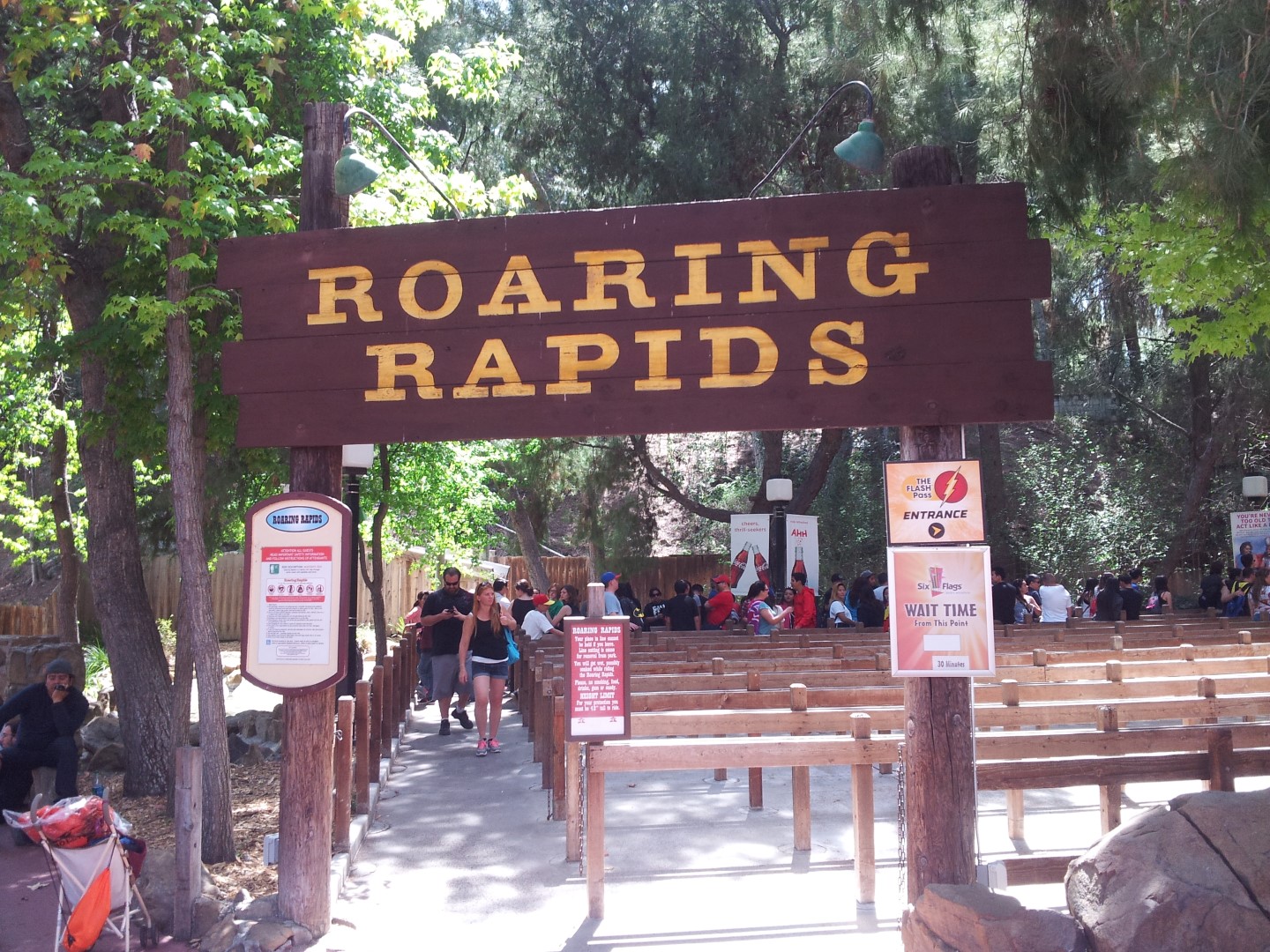 Viper was quite popular, running two trains, 45 minute wait, all switchbacks being used. 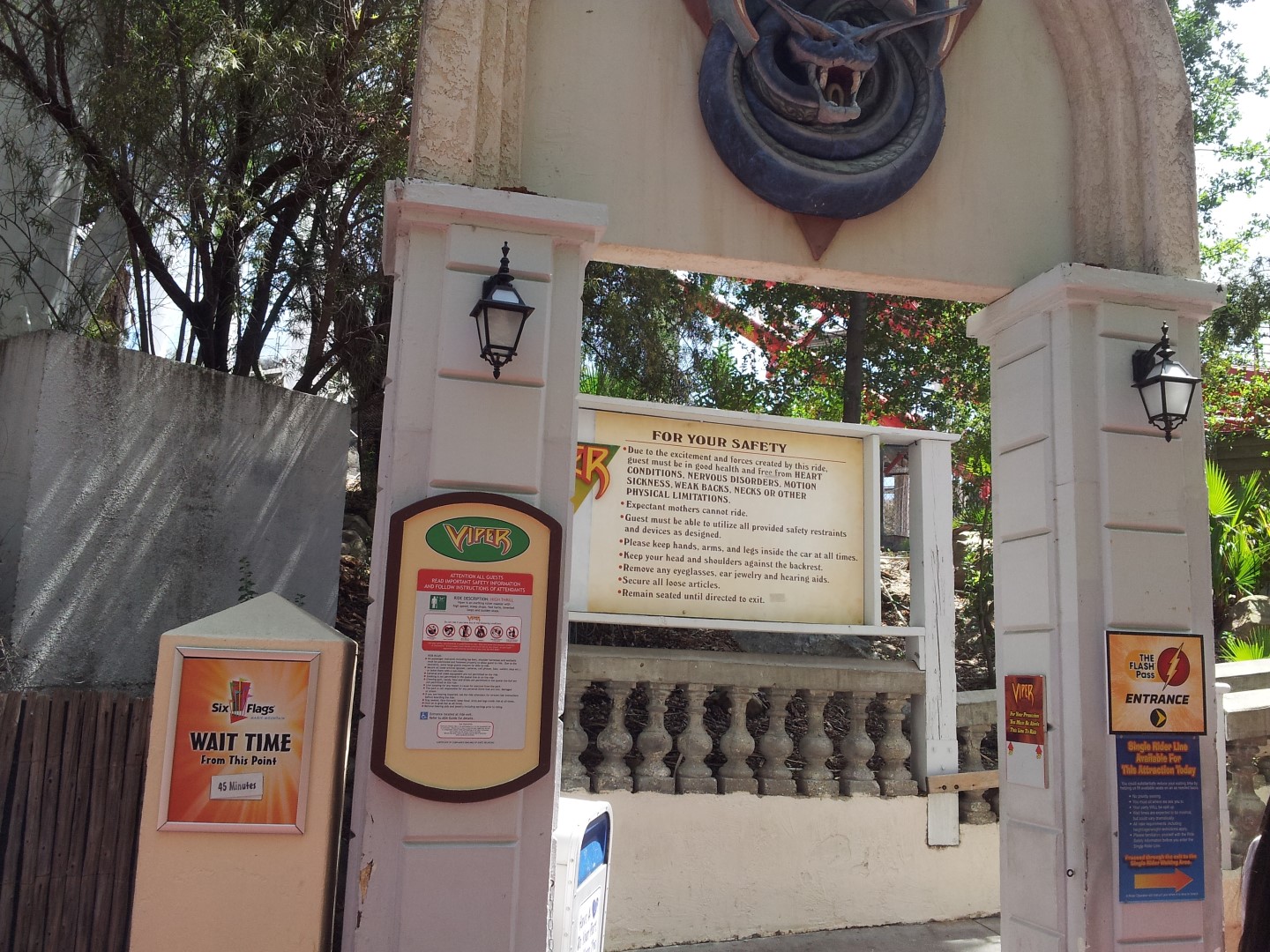 Something that slightly bothered me, the Six Flags Magic Mountain Pass Holder e-mail told guests that Studio 6F is the place to hang out, because you can play Wii games there, get coffee, enjoy the lounge seats, etc. Well, the lounge seats are gone, and a Wii, nowhere inside the building, nor outside of it, is there a single Wii. I was hoping they added it, after reading the email, but nope. False advertising. 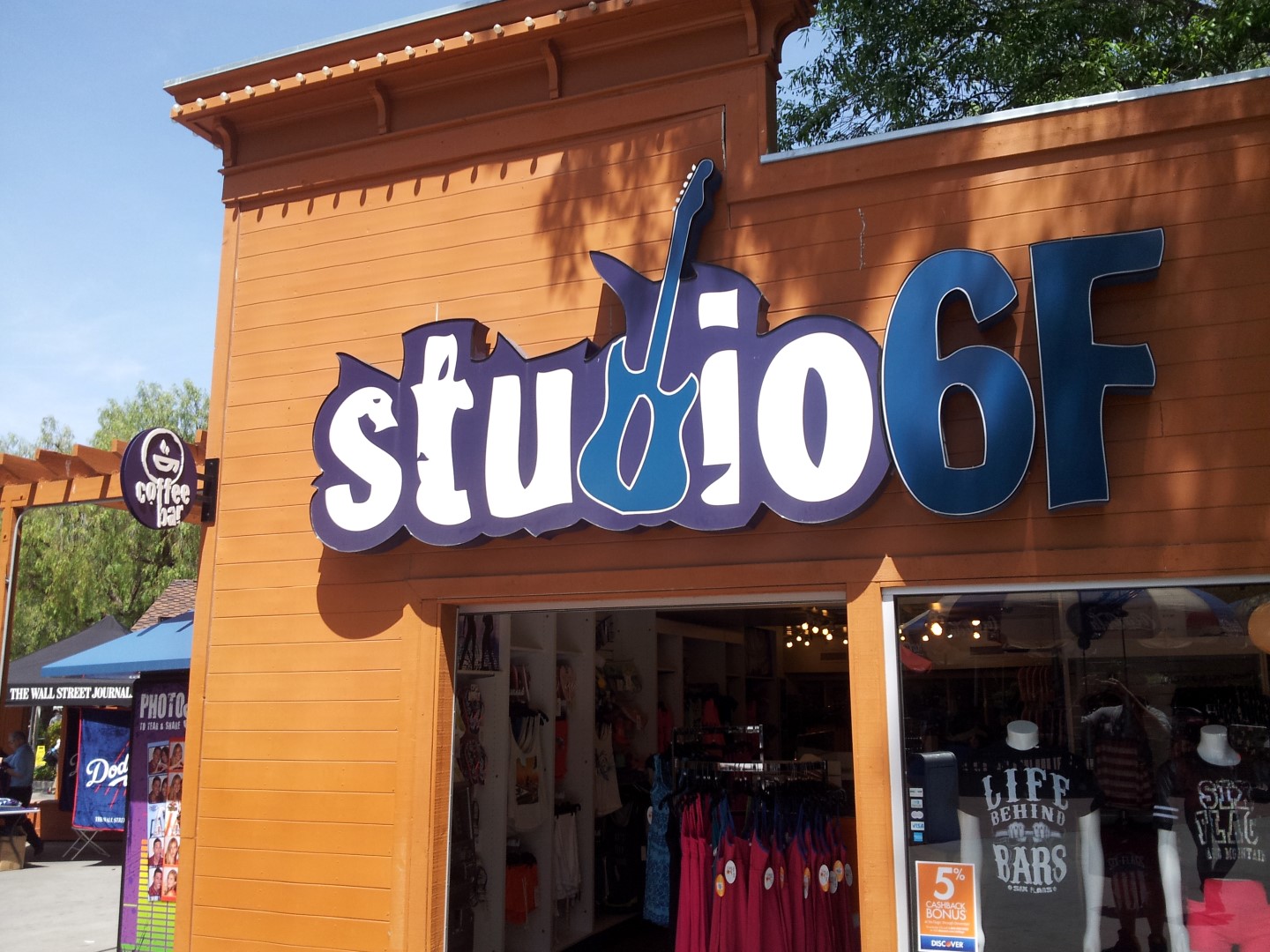 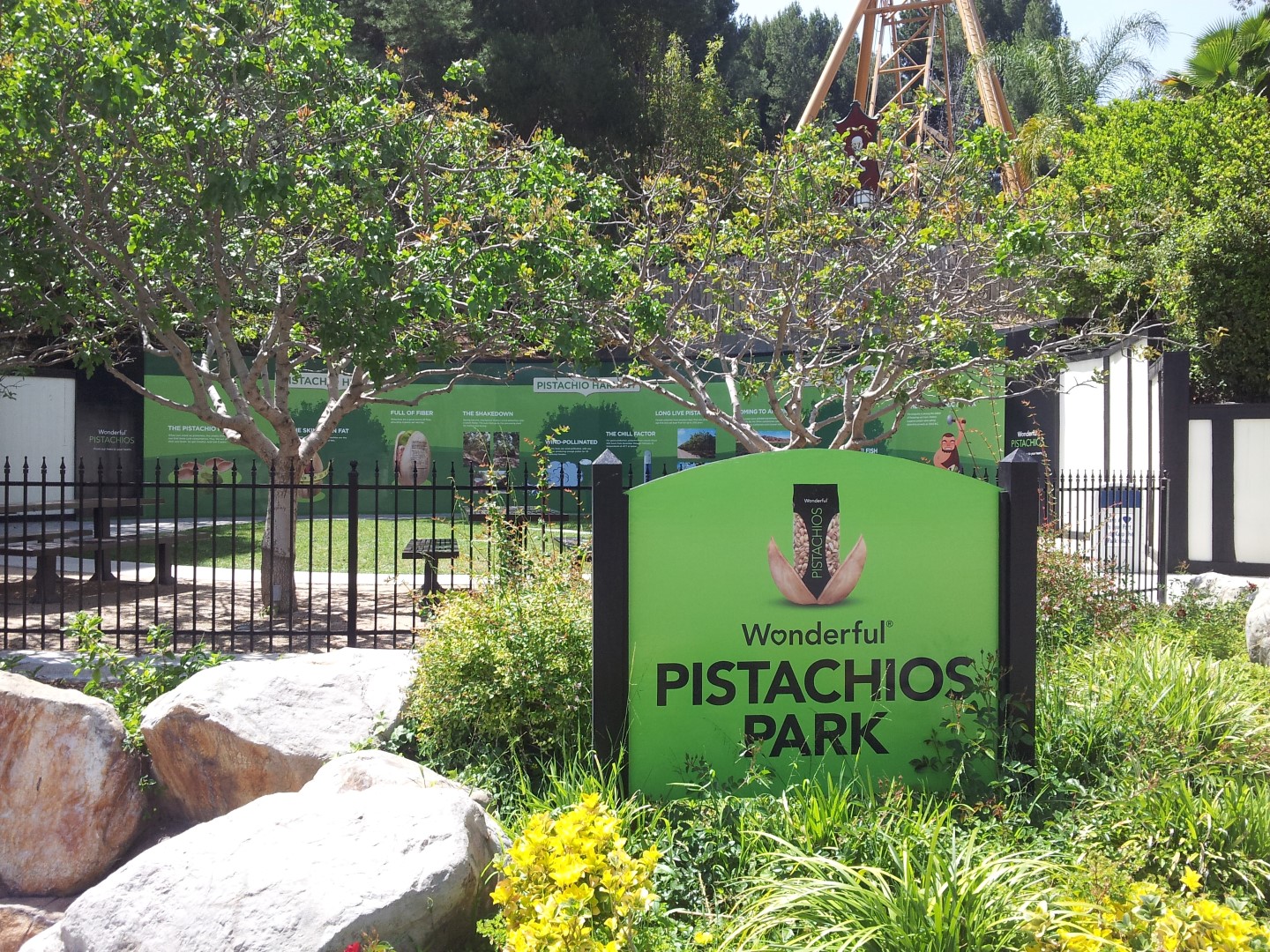 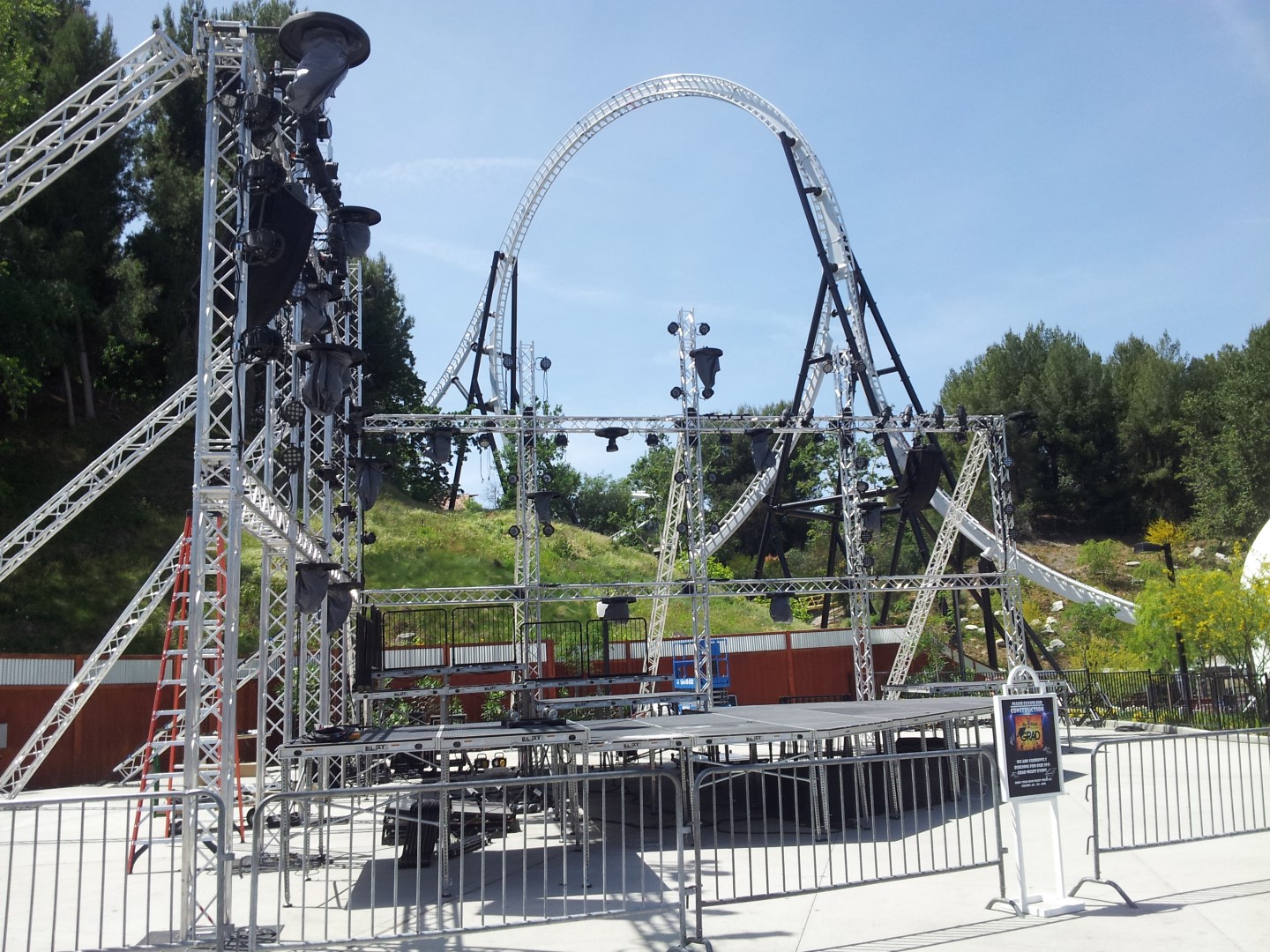 And then there’s Screampunk District, where Scream!’s repaint has been completed and another train went into refurbishment. 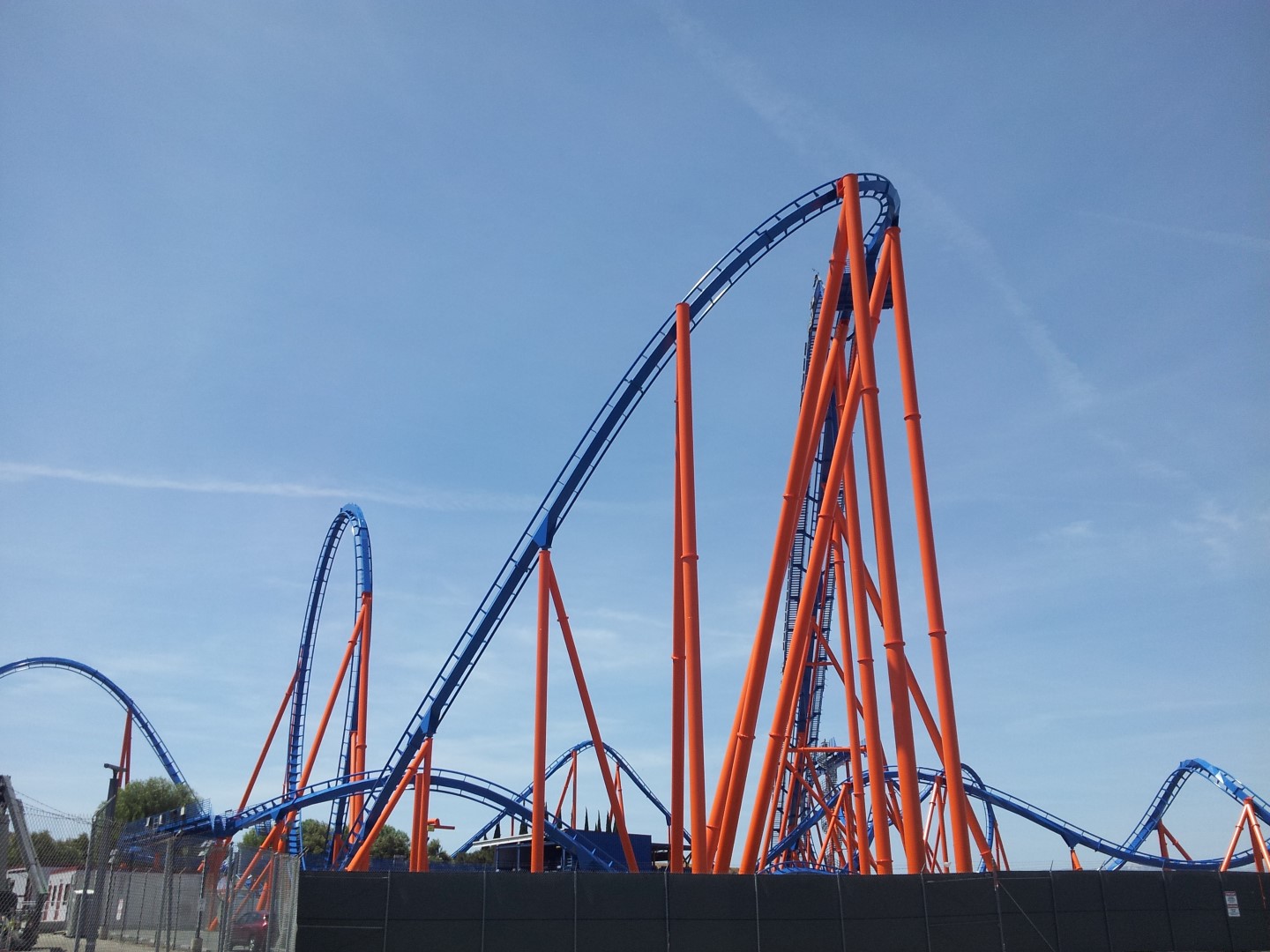 The GearWorks Theater is still undergoing its repaint and refurbishment. 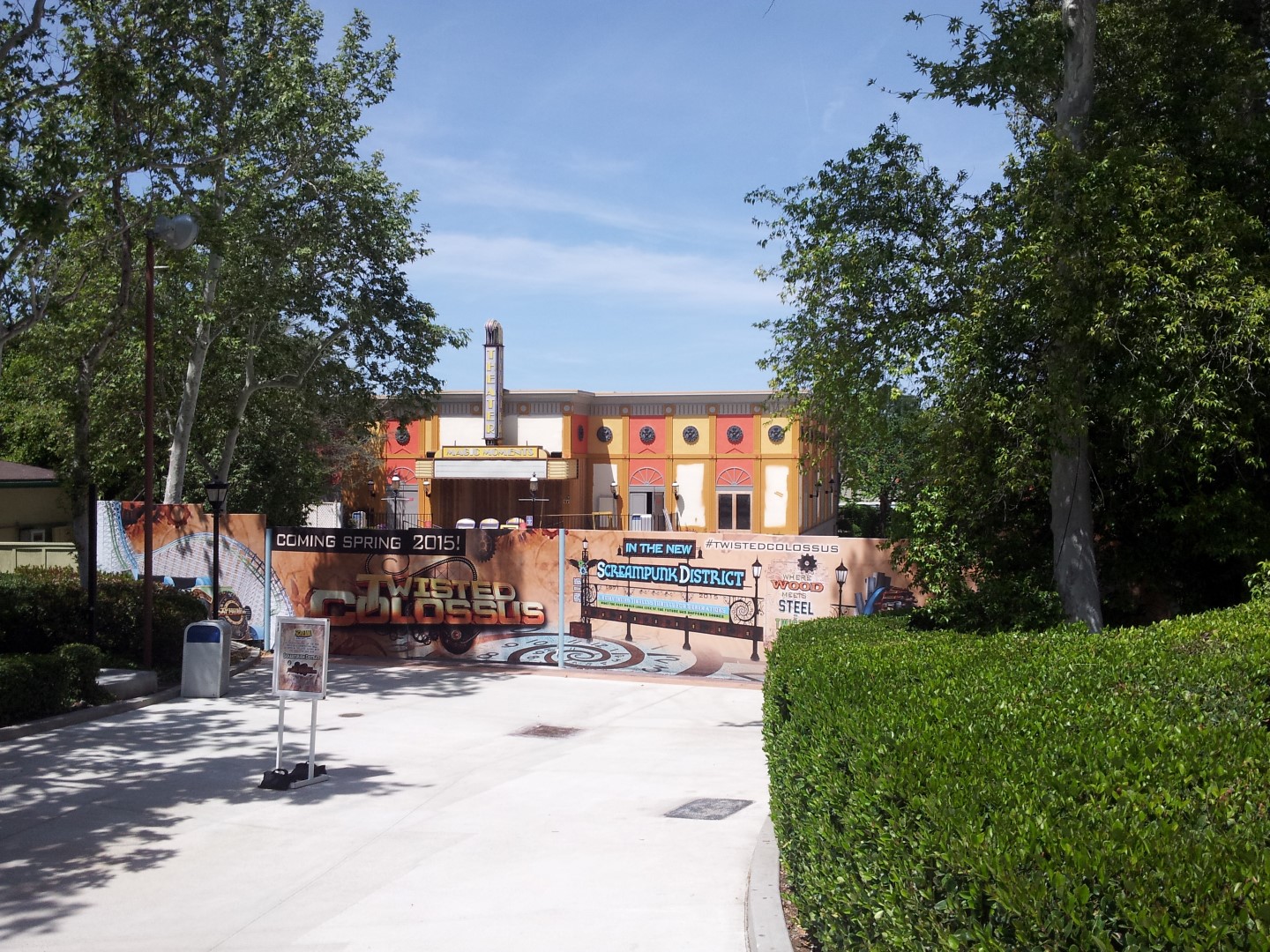 And then there’s Twisted Colossus, the beauty, that got even prettier. They’re constructing the outward-banked turn currently, and the Top Gun Stall has been completed, with some exciting news about it, coming to our Twisted Colossus Update, which we’ll be publishing soon too! 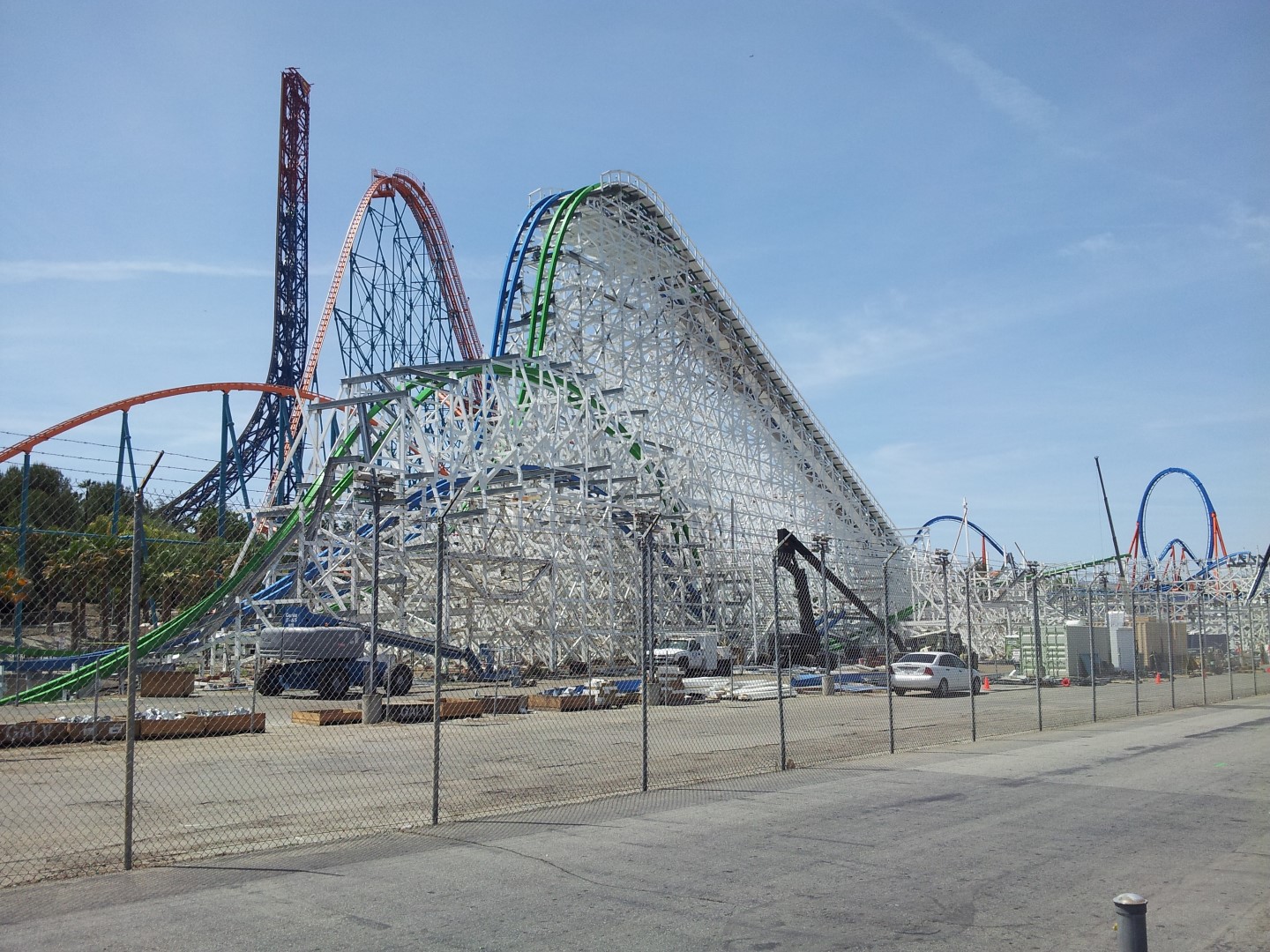 That was it for today’s update. We have a Twisted Colossus Update from the same trip too, click here to check it out! We HIGHLY recommend you check out our brand new Six Flags Discovery Kingdom Update, here!