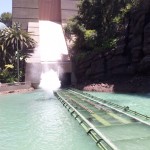 Wow, another crazy summer day! There aren’t many park updates that include significant changes in the summer period, but Universal Studios Hollywood begs to differ. There’s a Wizarding World update included, of course. In addition, we’ve got some Studio Tour things, some Jurassic World/Jurassic Park additions to the lower lot, and a new Halloween Horror Nights maze announcement!

Welcome to Summertime Universal Studios Hollywood. The place where you, the local, may not want to be. It’s crazy busy around here now. When they use the season-pass help center, and about 10 extra ticket stands, and there’s still mad lines to get in at 12, then it’s busy. Summer tourist busy. 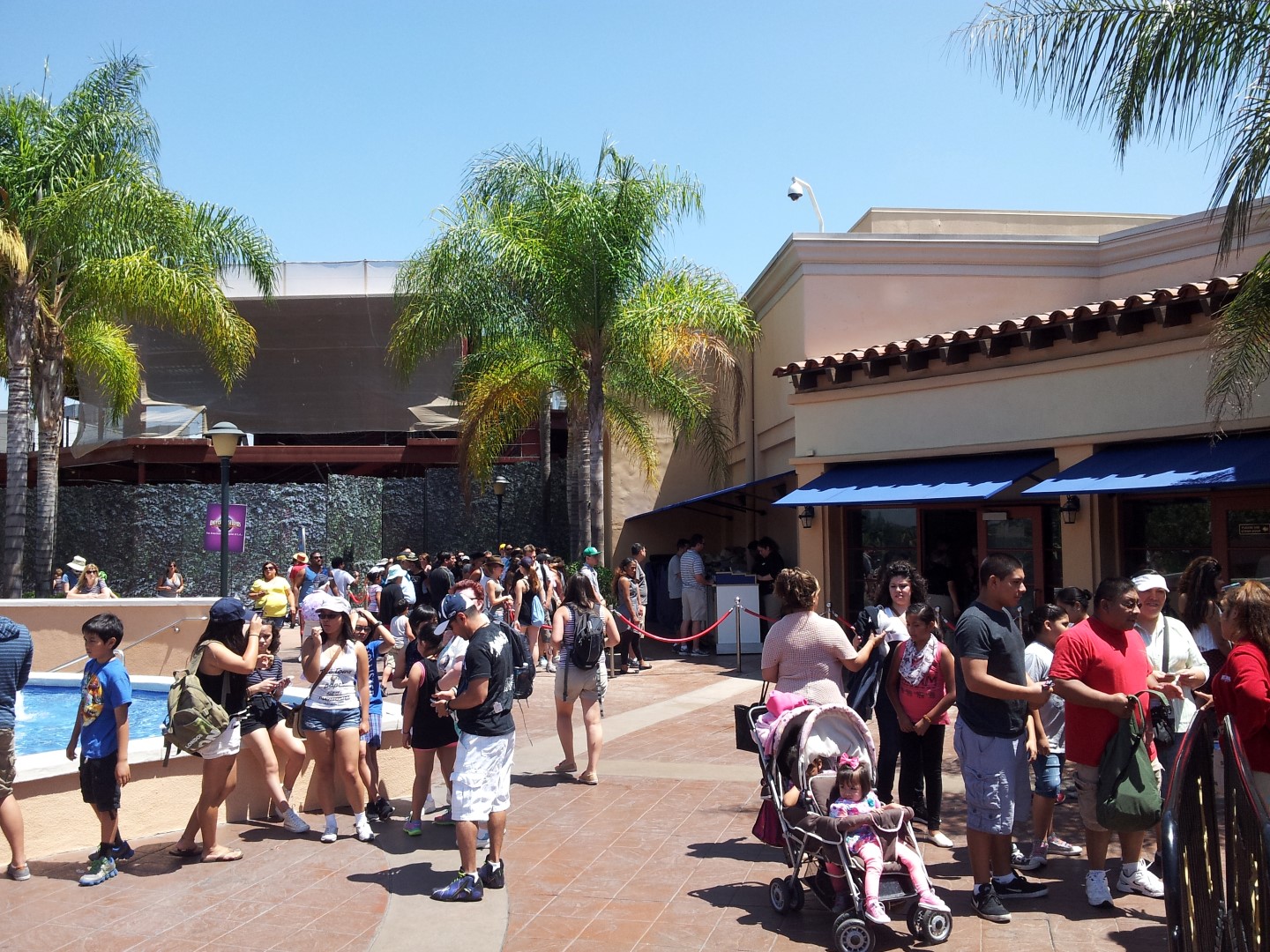 Once inside, the construction on the new store continues. I would have rather had a huge new high capacity ride. But… oh well. 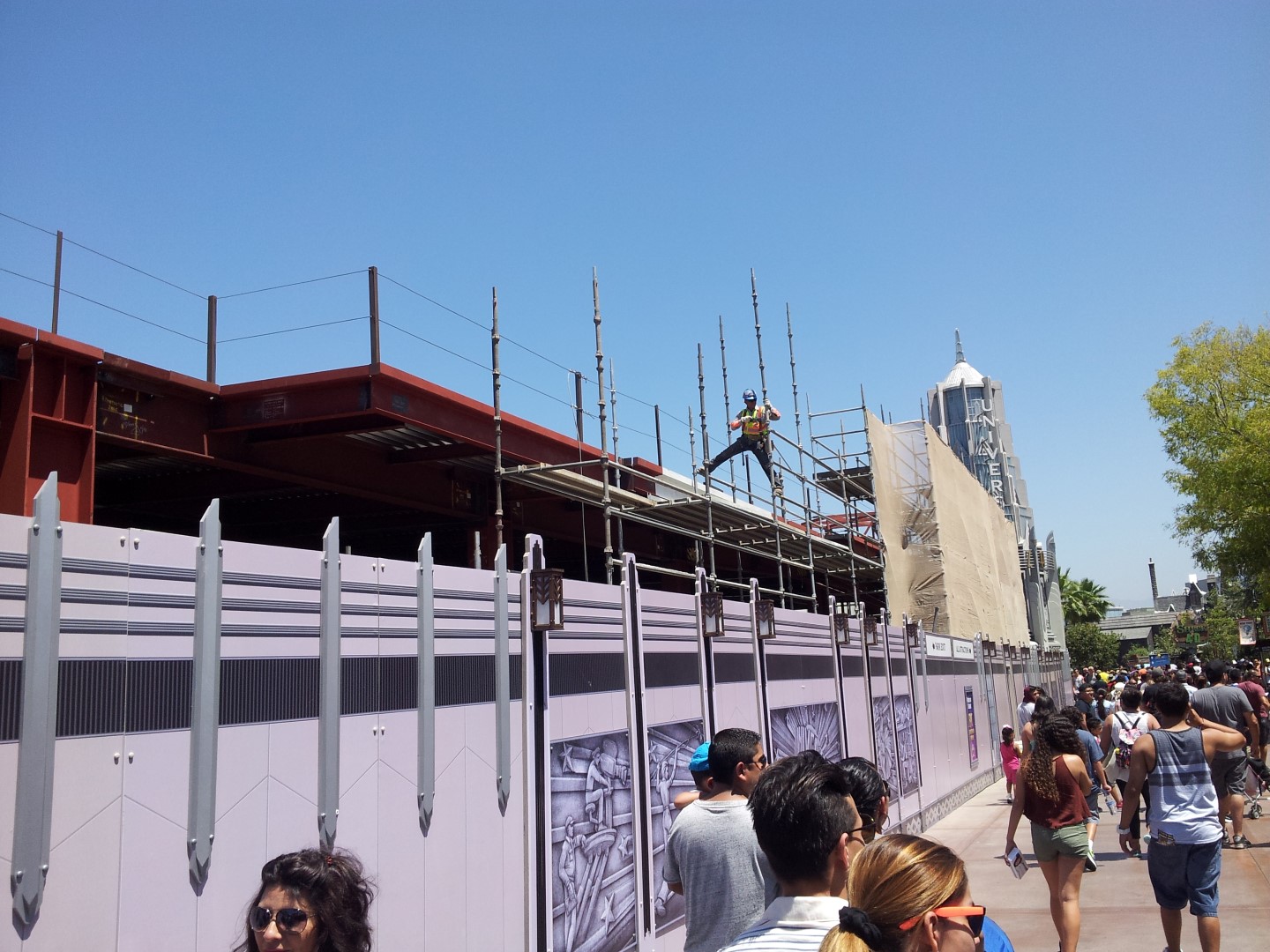 Instead of always waiting ’til the end of the update, let’s take a look at the Wizarding World of Harry Potter construction now! 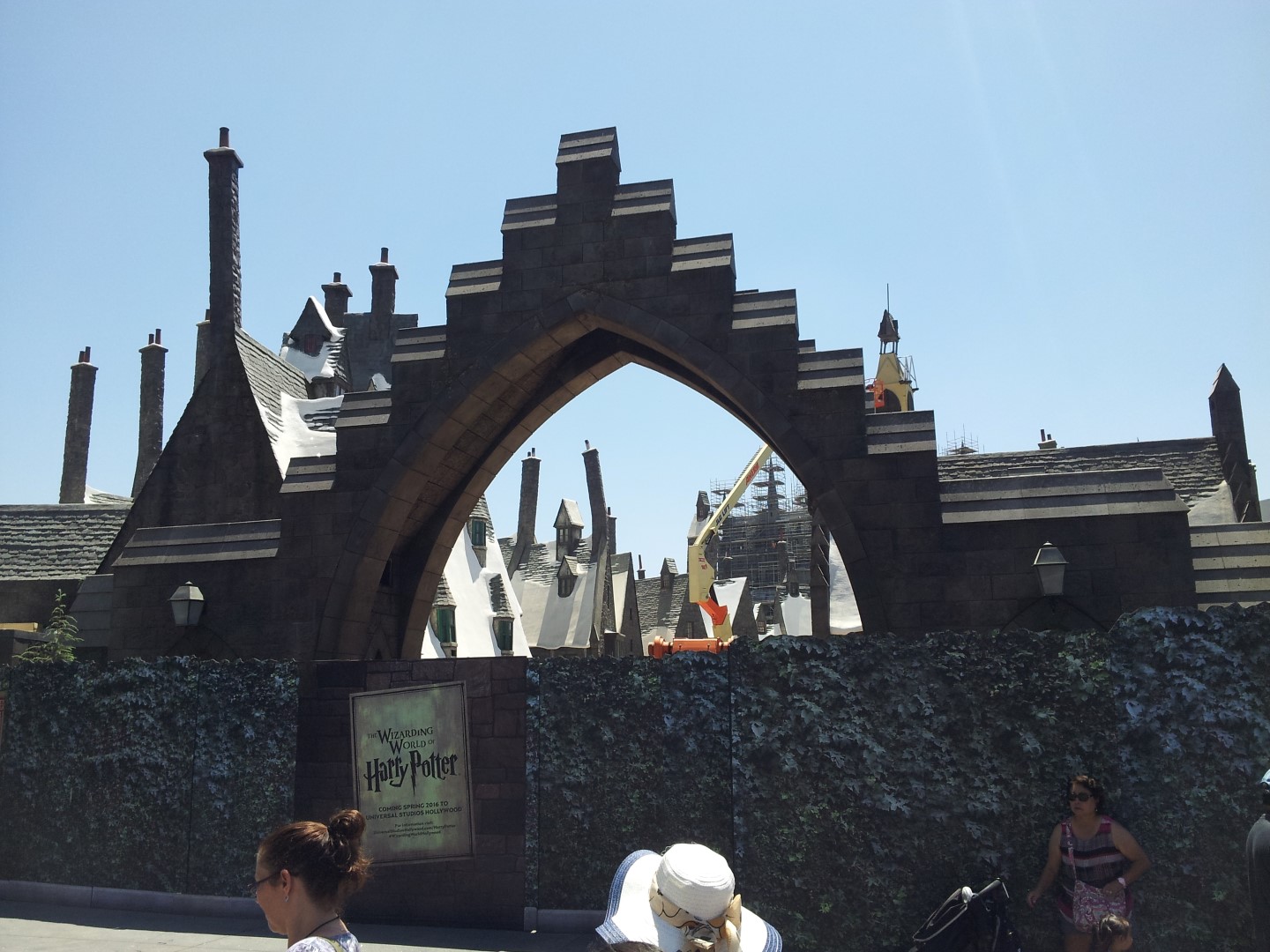 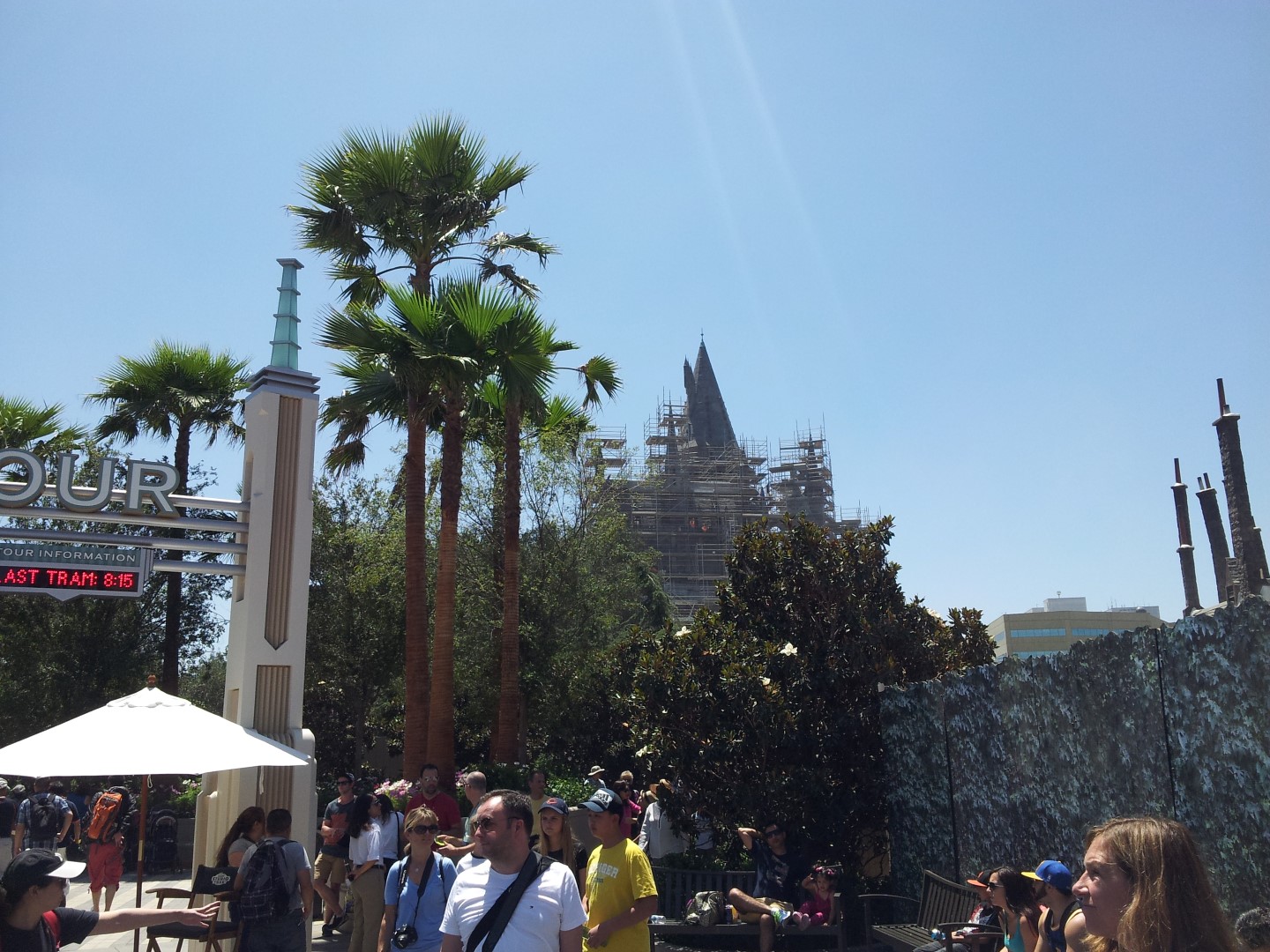 But really, it truly does. Now a lot more of the rock-work is completed, and the roofing for the castle’s tallest tower is completed, it’s quite a sight. 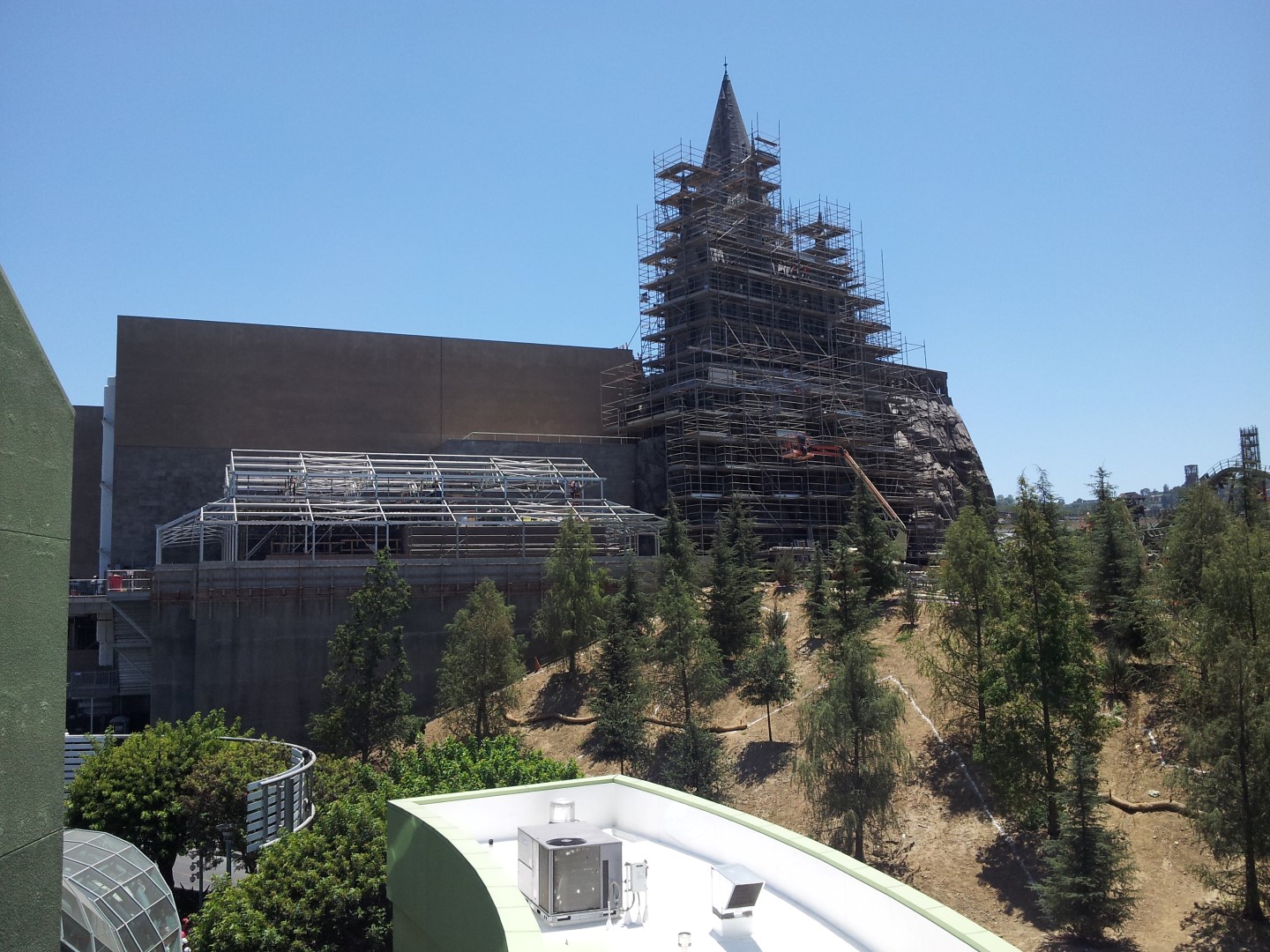 Now let’s do that again: HOLY CR*P! It looks even better when the setting sun is shining on the new masterpiece! 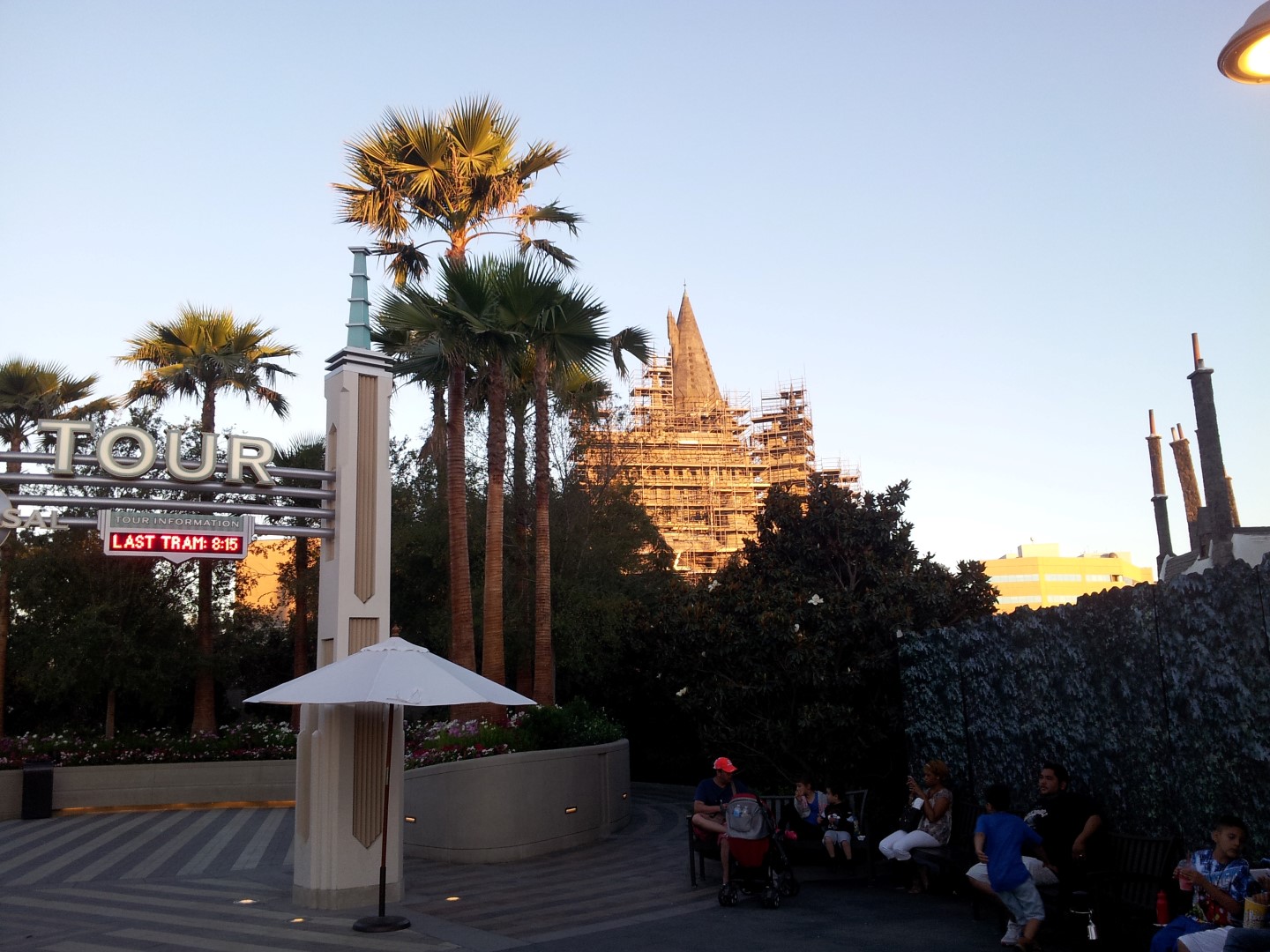 This beauty is opening Spring, so close! 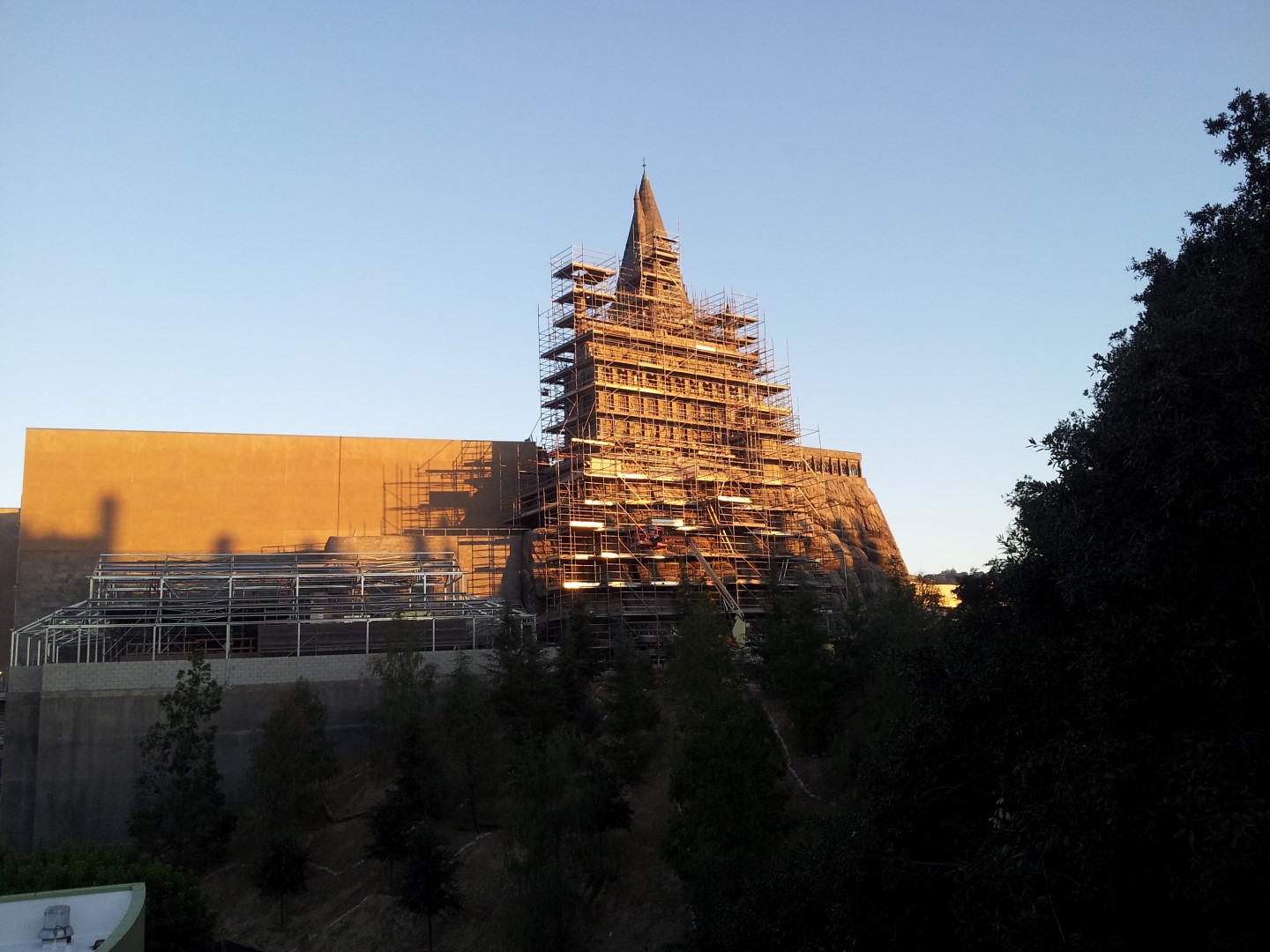 I think it’s quite hilarious that the English maps don’t advertise Fast and Furious: Supercharged, but the Spanish, German, Japanese, French, and Mandarin ones do. Which, now I think about it, makes sense, they advertise the heck out of it locally. Everywhere I go, every time I watch TV, there’s some sort of Supercharged advertising going on. 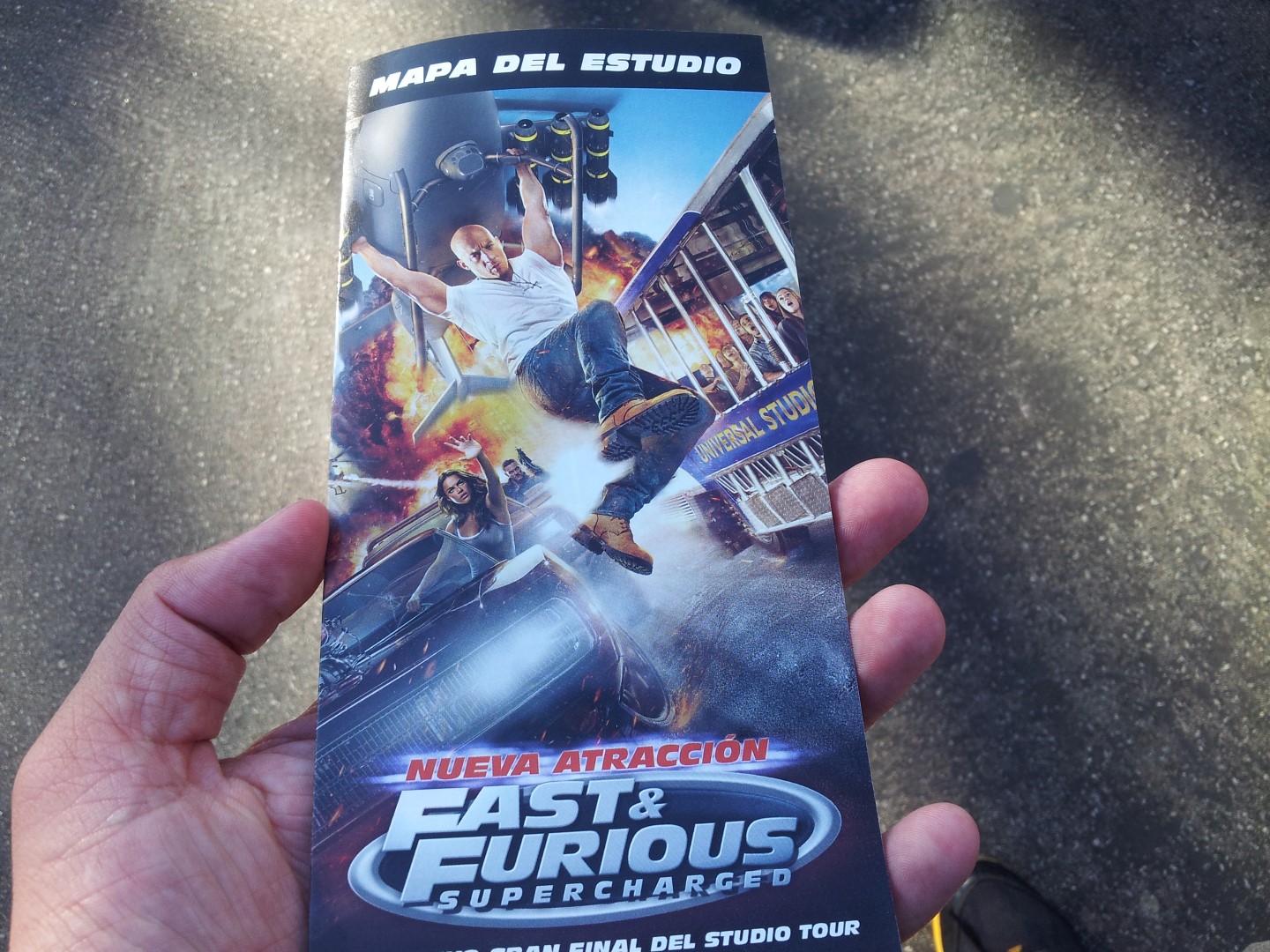 Look at that Insidious Chapter 3 poster! Speaking of Insidious, the Insidious Maze for Halloween Horror Night has been announced! “The twisted minds behind Halloween Horror Nights at Universal Orlando Resort and Universal Studios Hollywood are teaming up with Focus Features and Sony Pictures Home Entertainment to create all-new mazes based on the chilling Insidious film franchise. The announcement comes after the third installment of the film,Insidious: Chapter 3, hit theaters to terrify moviegoers.

At both Universal Studios Hollywood and Universal Orlando, event goers will be transported into some of the most sinister scenes from all three films in the Insidious franchise. Guests will investigate unexplained phenomena in the Lambert family’s eerie Victorian home and find themselves at the ghastly séance that unleashes chaos and horror. They’ll journey into “The Further” – a supernatural realm that houses tormented spirits – and face deadly ghosts and demons like the Woman in Black and Red-Faced Demon who will stop at nothing to infiltrate the world of the living.” 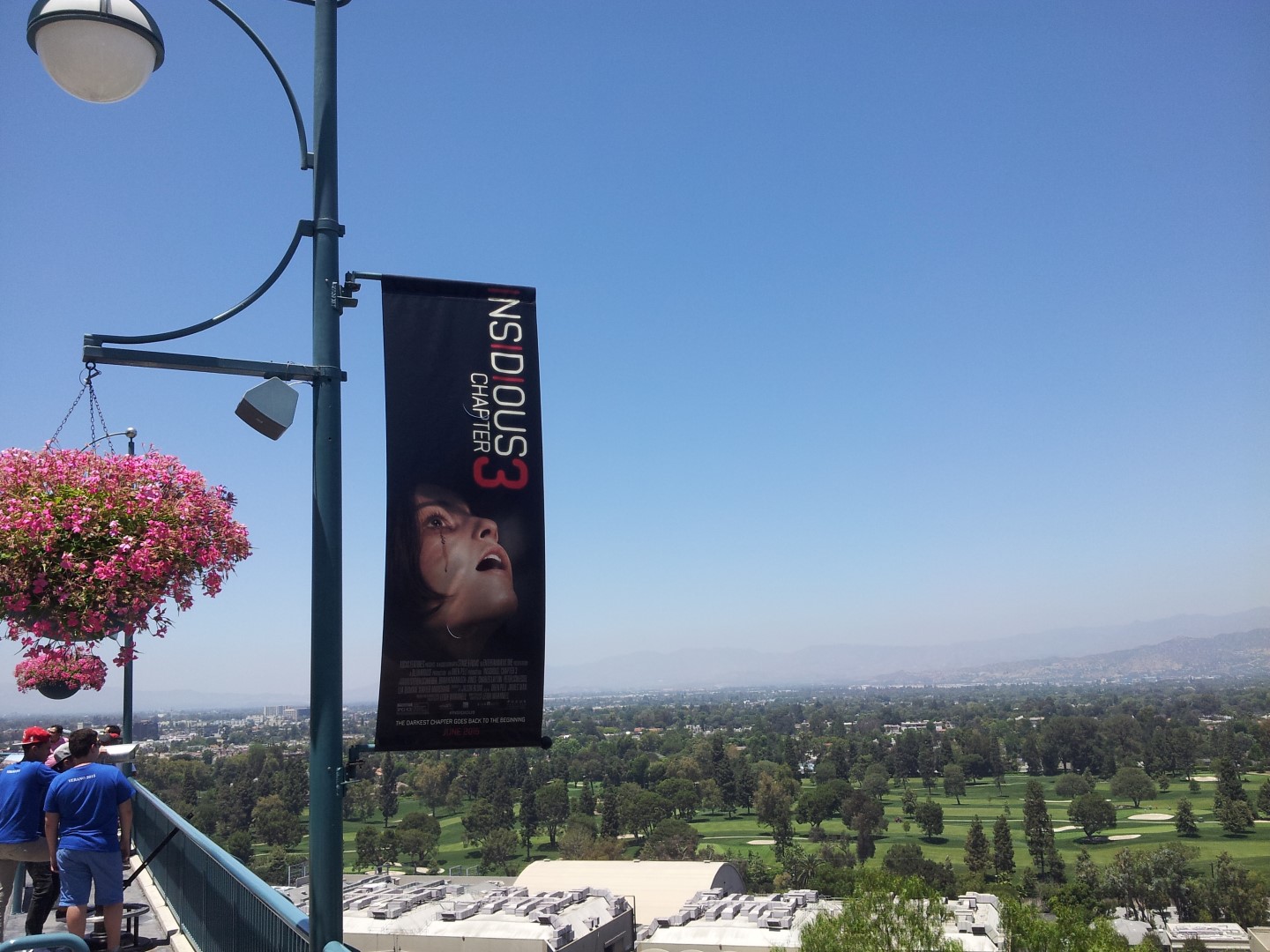 Let’s head to the Lower Lot, where there’s enough to report. Starting with a moment today when Jurassic Park the Ride was closed for more than an hour, and they were occasionally cycling boats, after which employees dried each and every seat, which took FOREVER. After which, they just cycled all of them again… waste of time… perhaps. 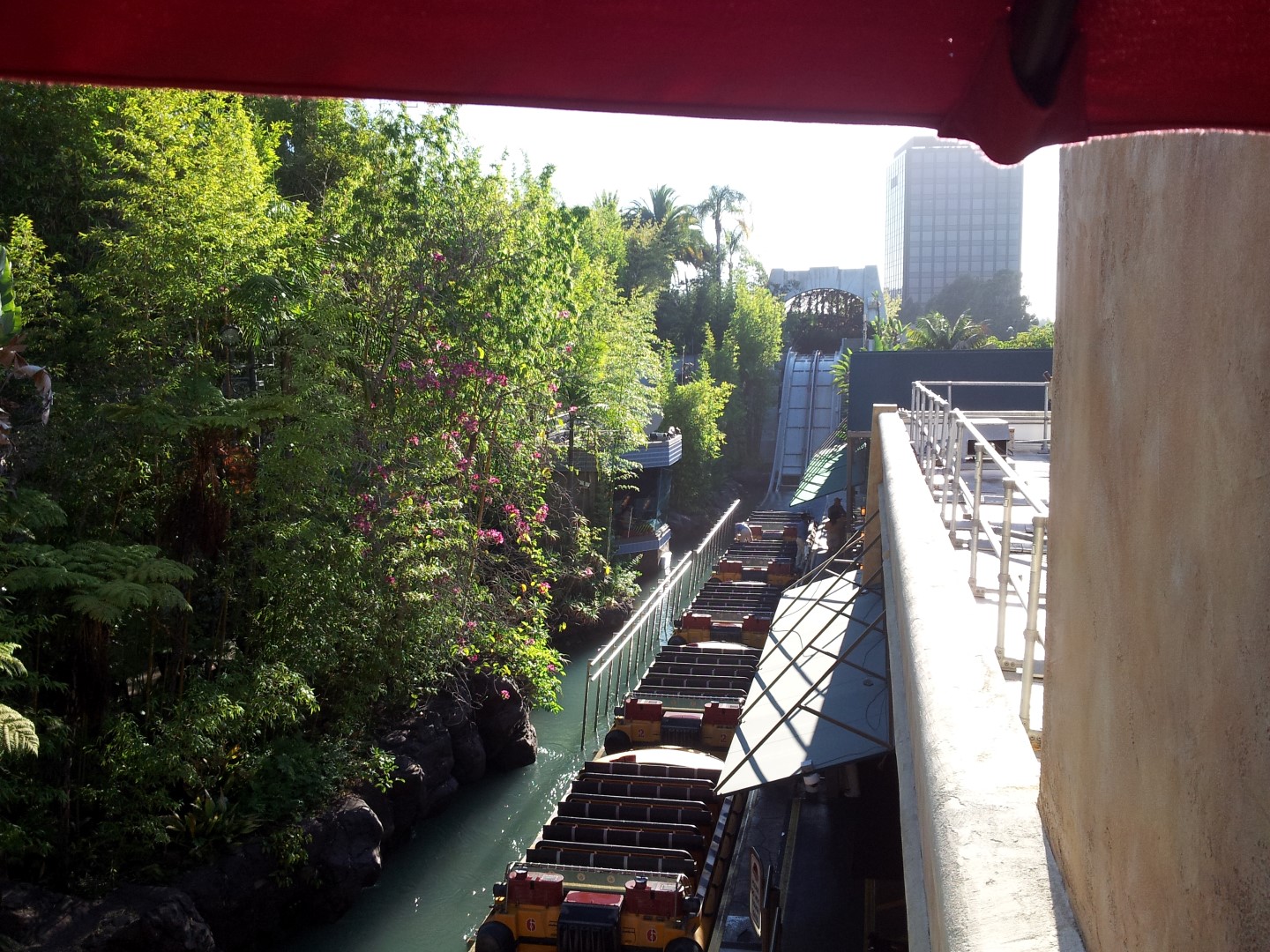 Moving on to some cool, literally cool, summer-time Jurassic Park news. They have done literally everything possible to soak guests. Besides the summer-time guns in the lagoon, the first lagoon on the ride has 3 random water-shooting tubes hidden in the vegetation, they trigger the big gun (before the dino comes up from the water) to go off when the boat is way closer, soaking riders as well. In addition, the tubes running over the track near the big lift-hill ‘leak’ like a few summers ago. Now when it comes to more advanced technology on the ride, the first velociraptor on the lift hill was already quite messed up, it’s even more messed up. The head is a big deformed mess. Haha. And then the second velociraptor has had issues lately, not working at all today. Good news for the falling-car fans, the car has been removed and is stored behind the ride. Hopefully getting replaced soon. 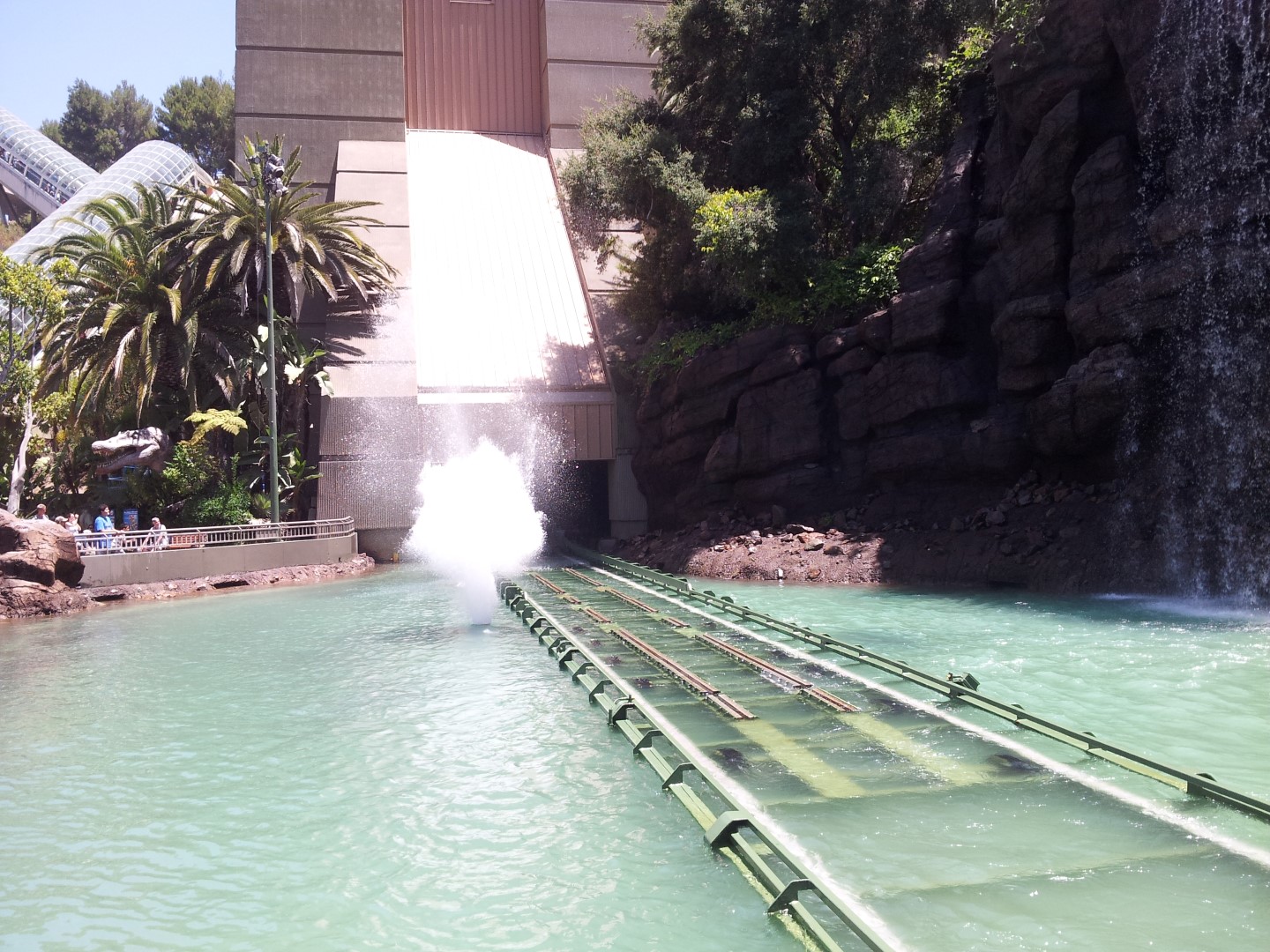 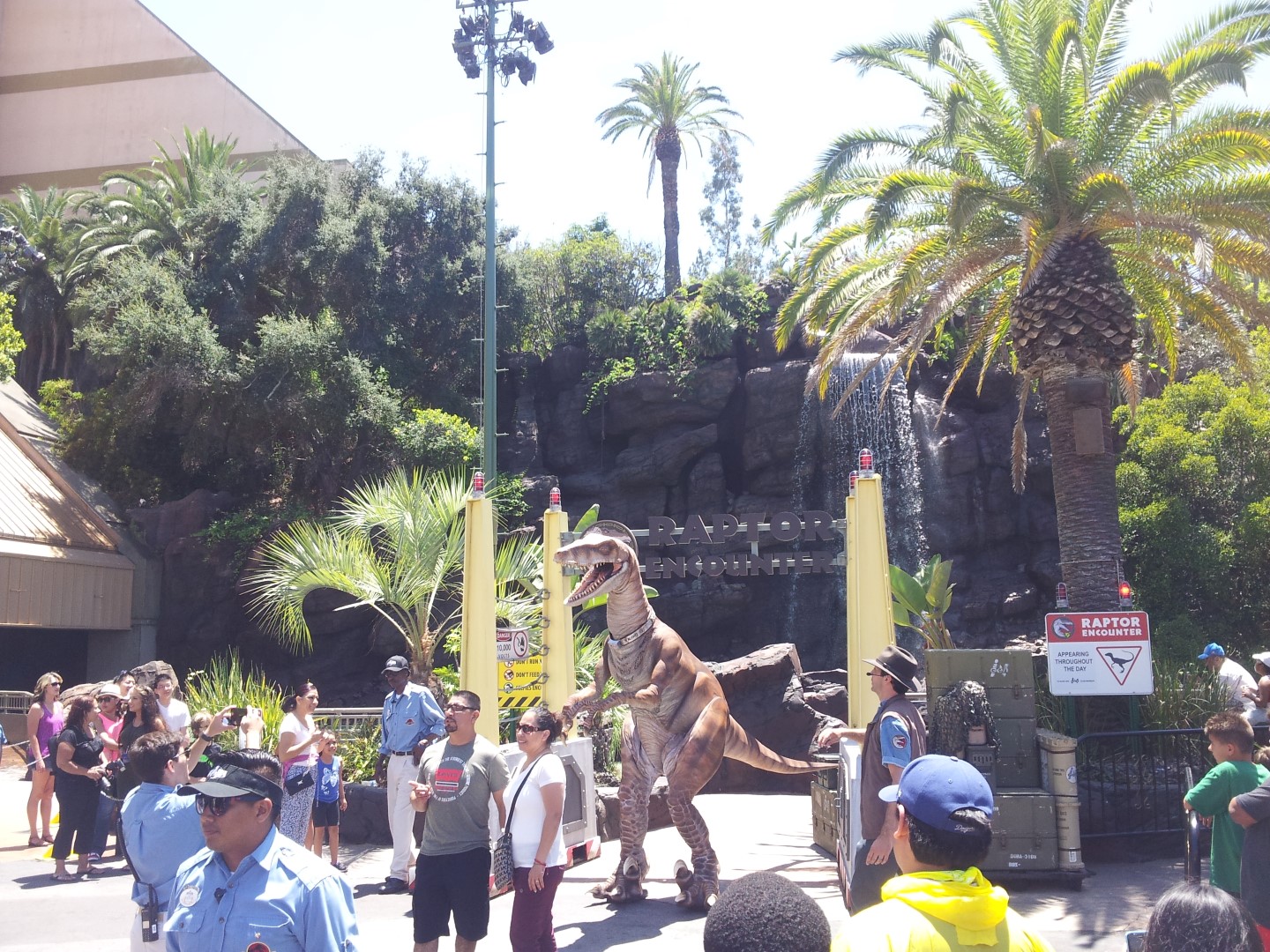 The technologically advanced suit, with the audio, and the great actors, create an amazing bit of entertainment for guests. Highly advise you check it out. (Just like those people in that long line!) 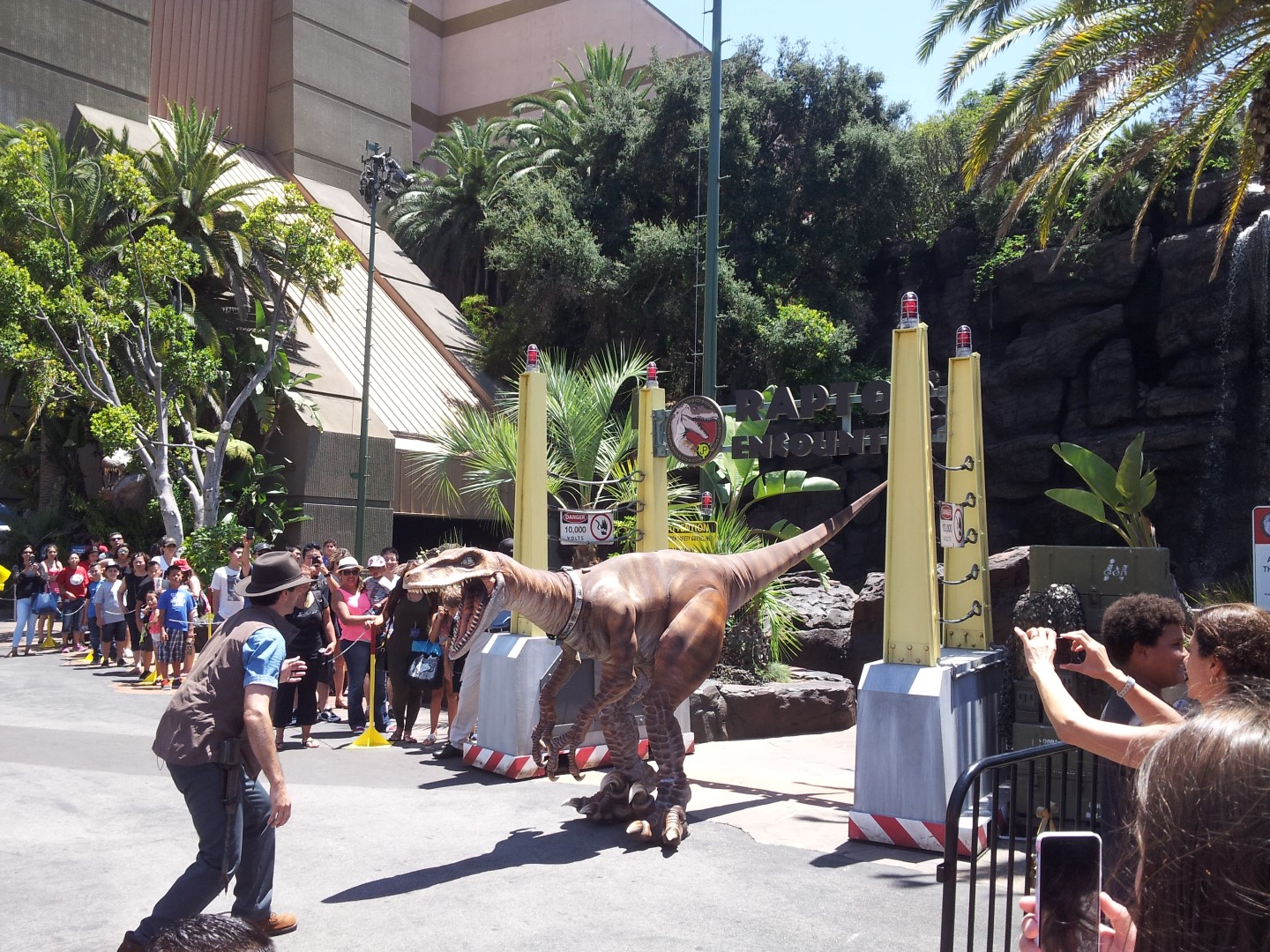 Studio Tour time! The clock has been mounted back to the city hall building on the back lot, so that many of the tourists will recognize it quicker. 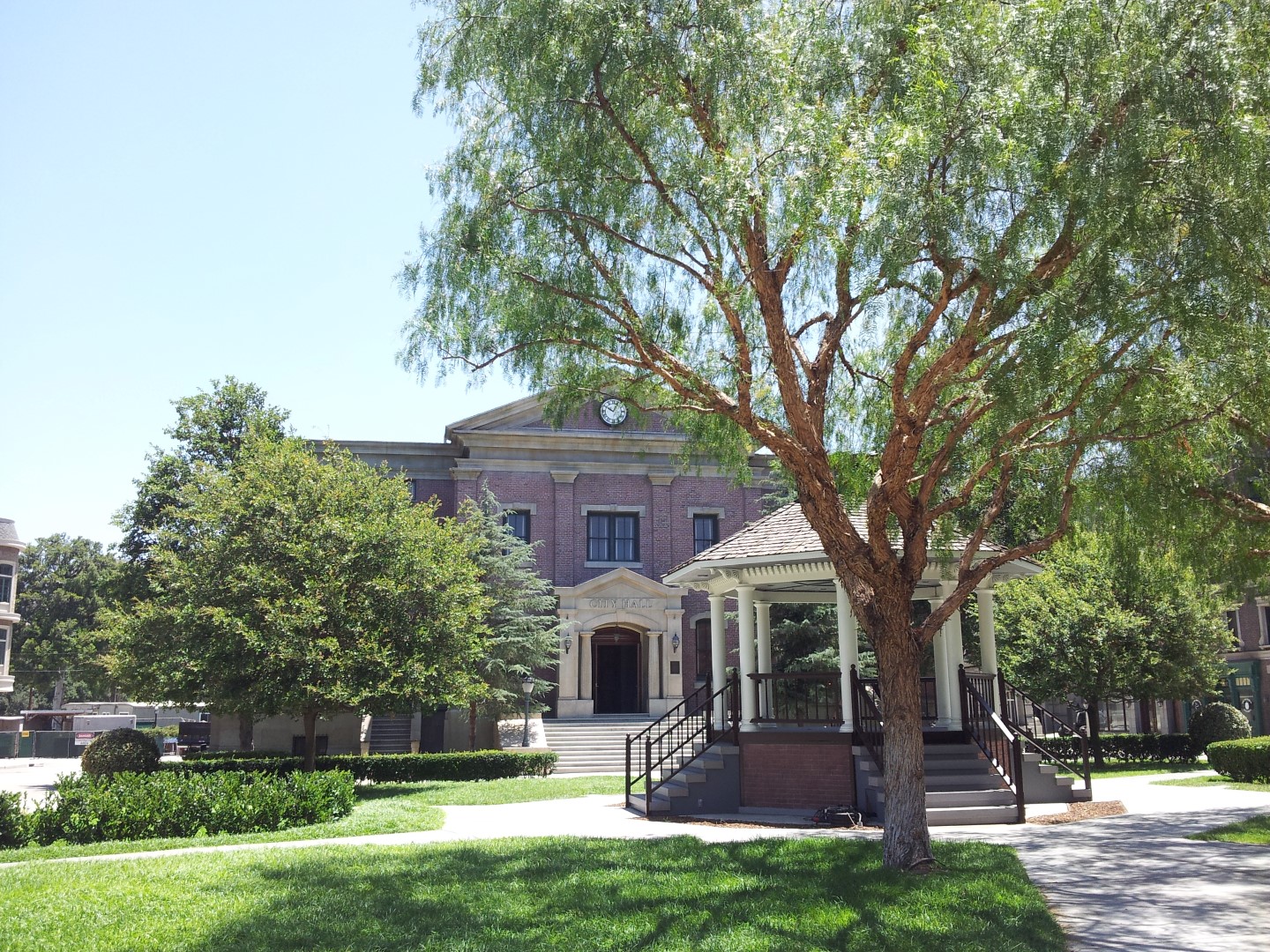 The park was doing some serious work inside the Stage 55 ex-Fast and Furious Tokyo Drift attraction. Hopefully we’ll see this space used for a great new Studio Tour attraction soon! 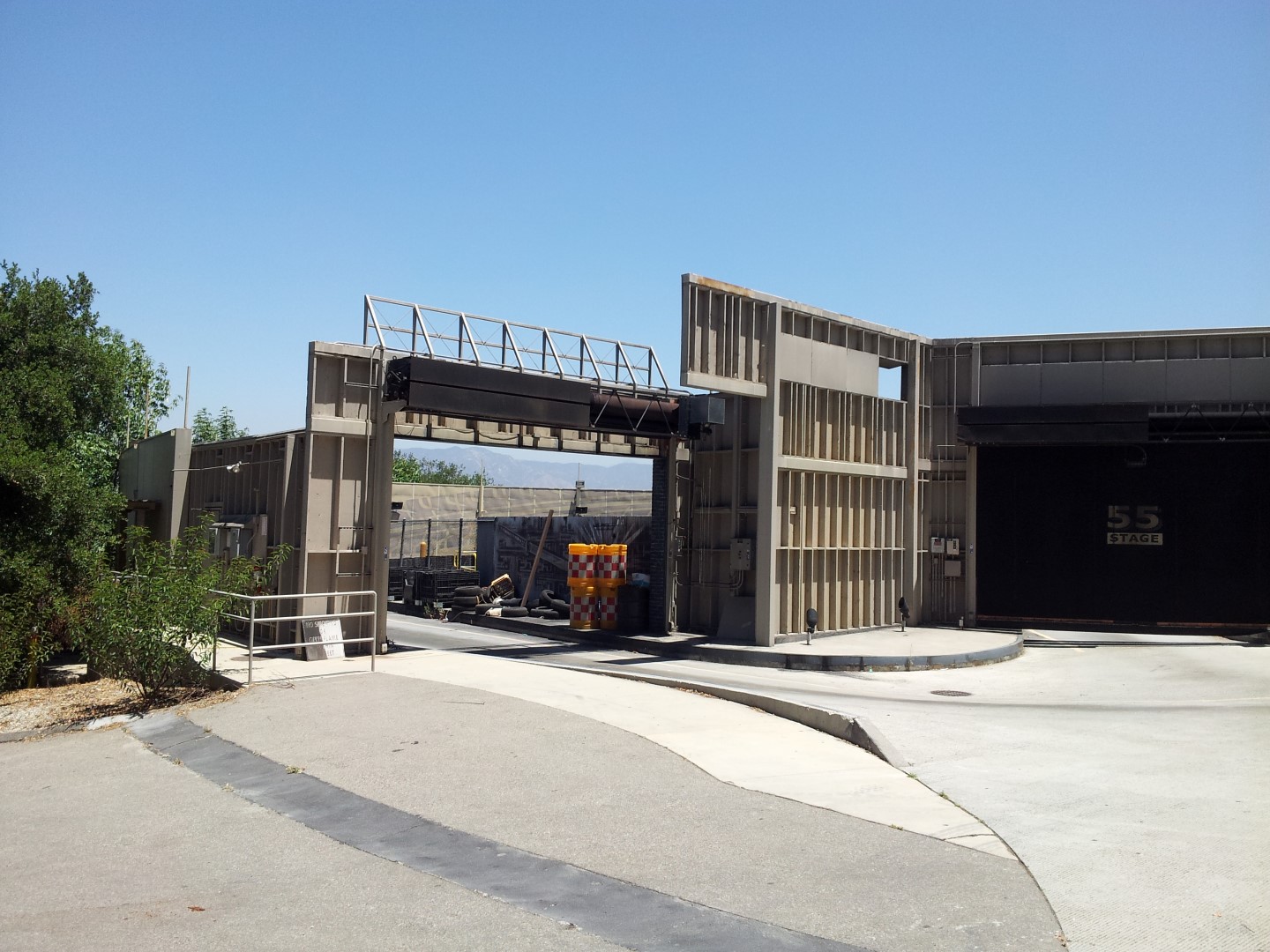 The old crushed Studio Tour tram car from back over at War of the Worlds has been placed next to the Collapsing Bridge as a set piece for King Kong 360 3D, supposedly the 5th car guests see on the attraction. 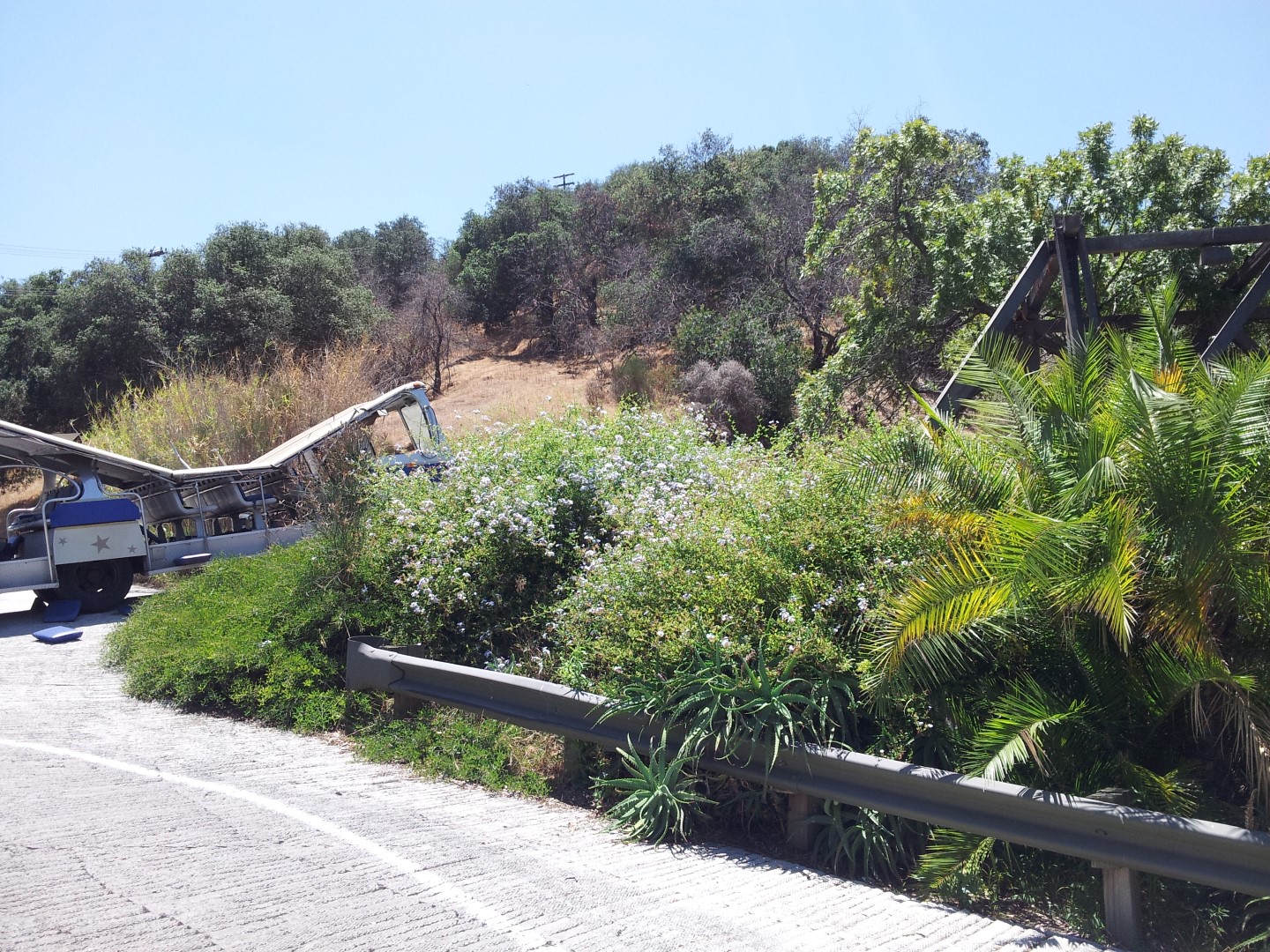 But, for the Night Time Studio Tours, they make great use of it! With large amounts of fog! 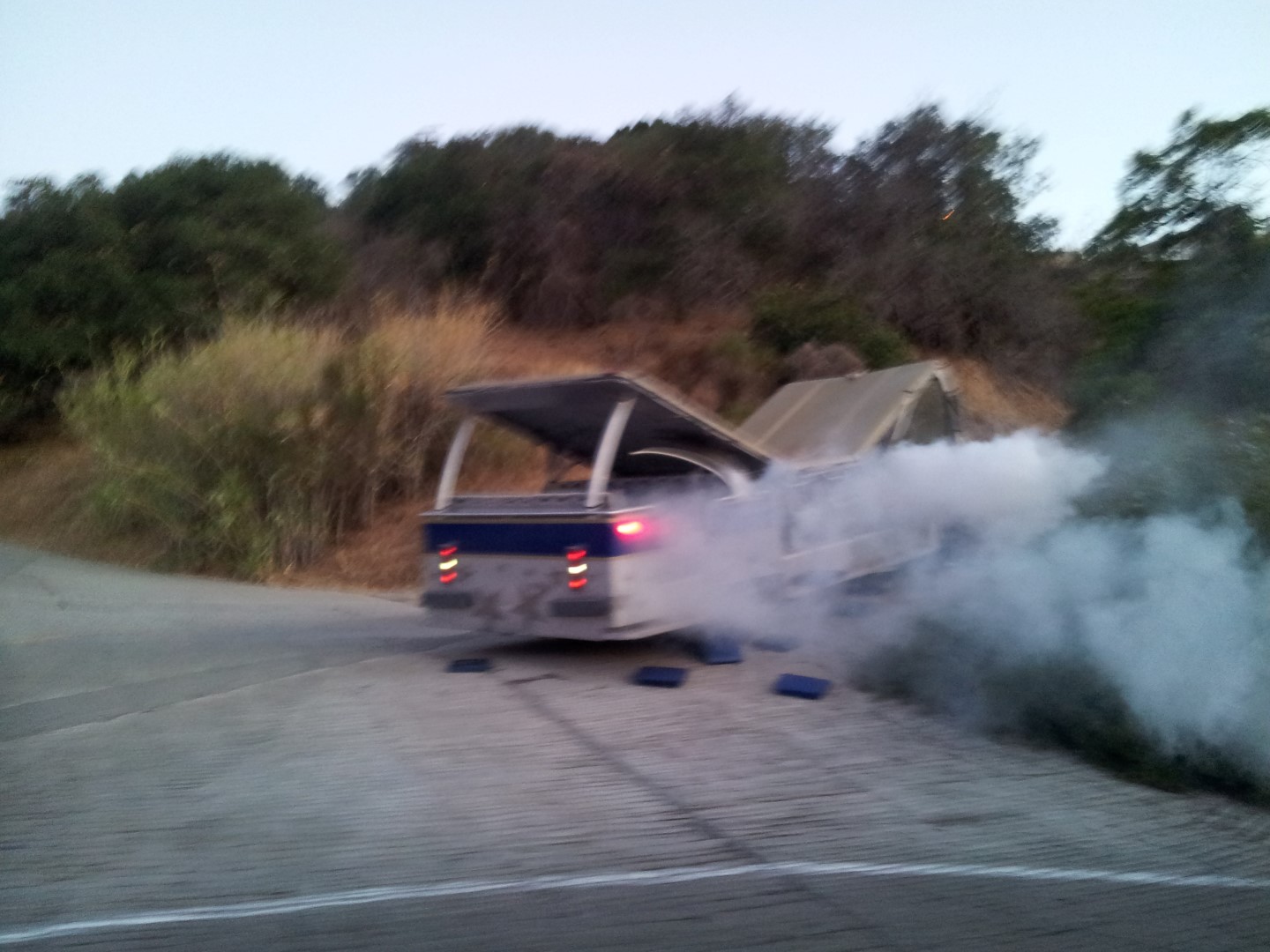 Now I was on the second to last Studio Tour tram of the night, and Fast and Furious Supercharged was absolutely not a fan of our tram, we had technical difficulties in the second and third sections of the ride. We had to exit and try again THREE Times, I liked seeing the ‘behind the scenes’ kind of thing, in addition, after three tries, the attraction was working, and the fog effects were finally working again in the actual simulator! 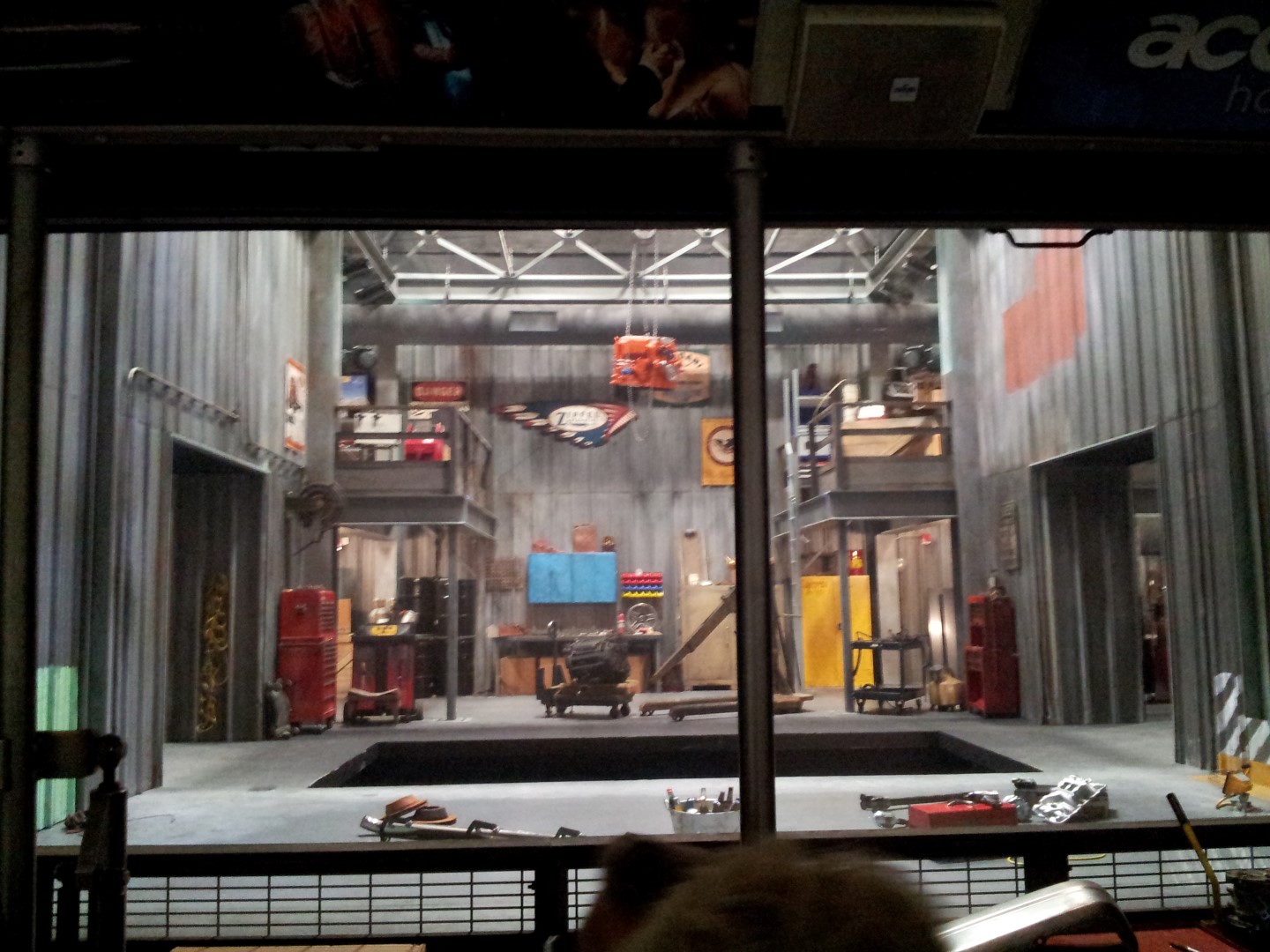 Thanks for checking out this new Universal Studios Hollywood Update! We’re very excited about the announcement of Roar’s closing at Six Flags Discovery Kingdom, we’re ready for another RMC masterpiece in the state, we’ll soon have a great article about it… very soon. The following new articles will definitely interest you, so check them out: