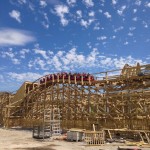 The Cú Chulainn Coaster is Ireland’s first major roller coaster and Europe’s largest Wooden coaster, located at Tayto Park on the outskirts of Dublin. The park has been expanding immensely over the past year with millions of dollars of investments, none more prominent than this Gravity Group coaster, and it is worth every penny.

It’s fast, aggressive yet smooth, lengthy, and airtime packed, which really is just about all you can ask for. Unfortunately, it’s in a bit of a coaster desert and thus may not have received the attention that it deserves. So, since it certainly deserves, let’s give it some attention. 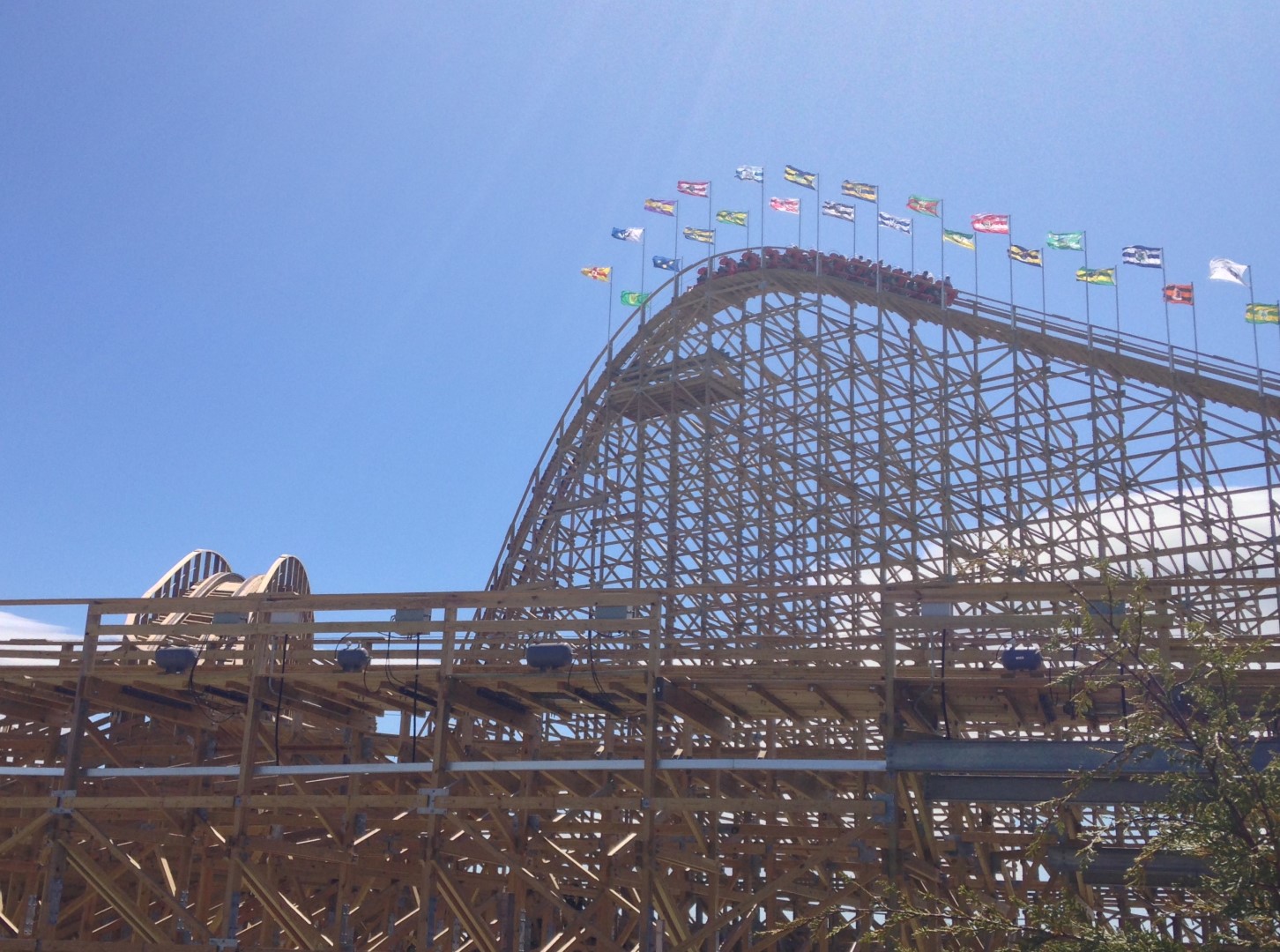 When riders approach the queue, they are greeted by giant statues of Cú Chulainn, an Irish sudo-mythological warrior, and his hound. 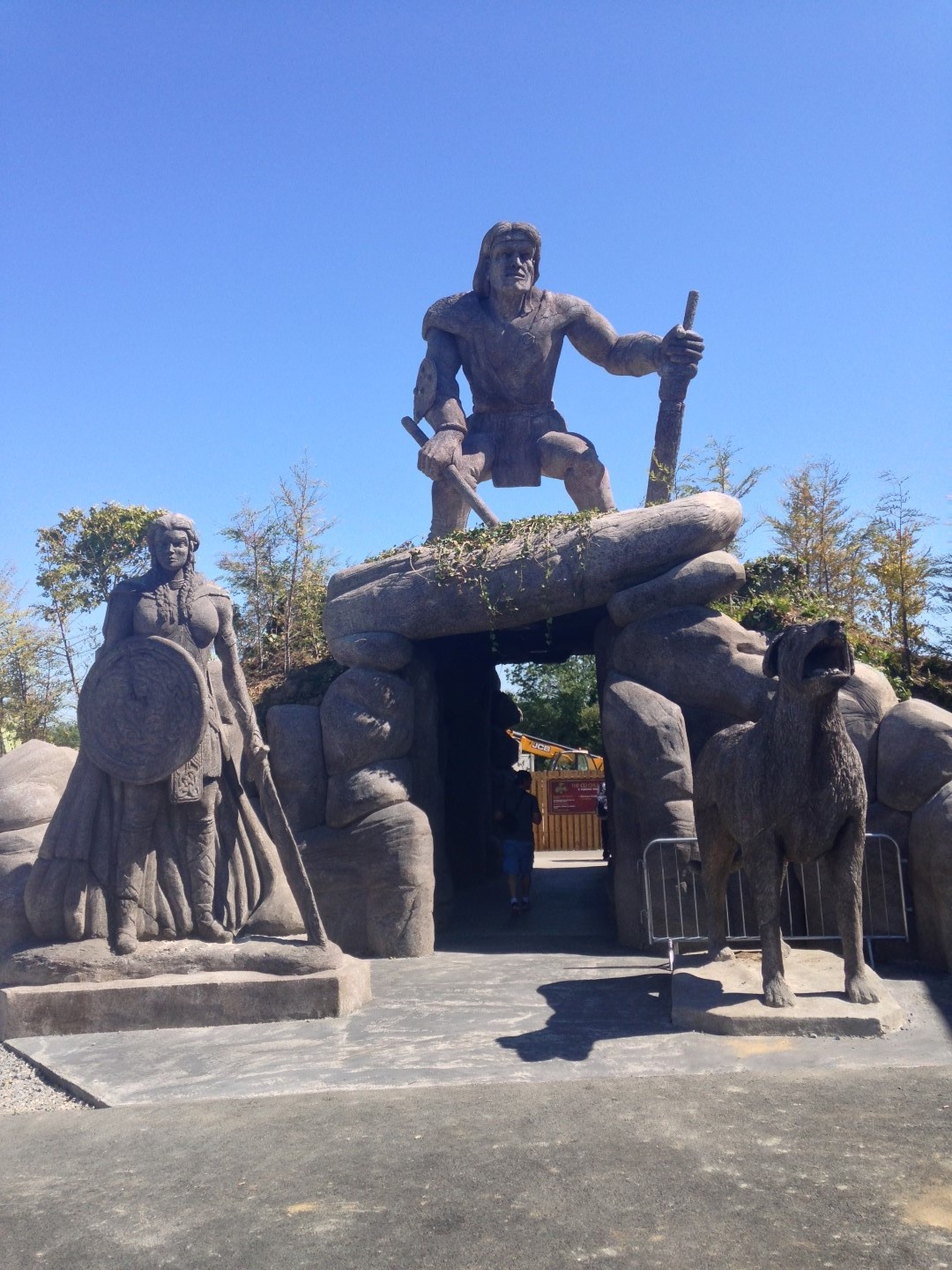 Guests will then pass by a few small sets to enhance the warrior theming of the rider before passing through a rather large (and generally empty) set of switchbacks. 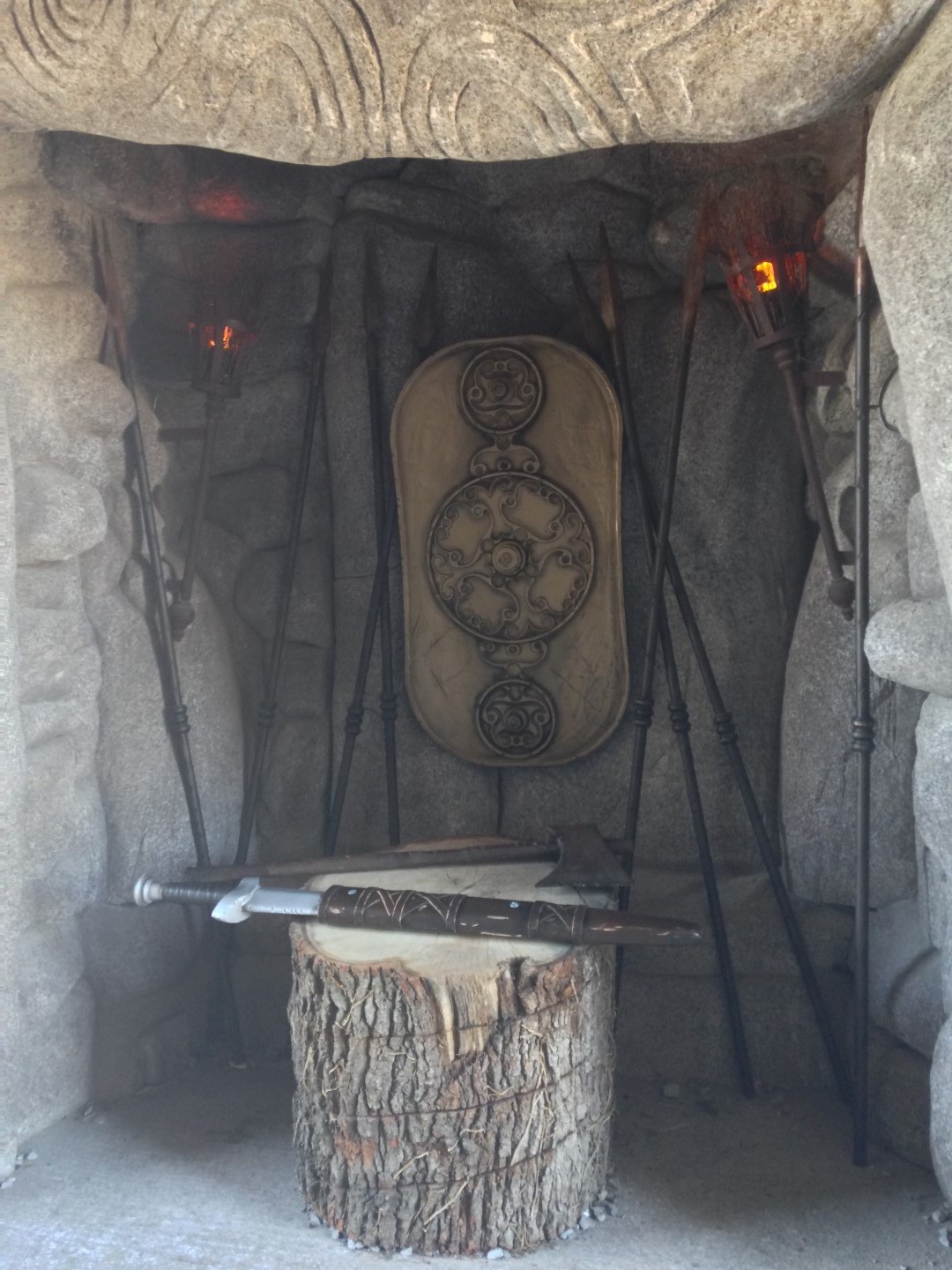 They then approach the station in which riders are assigned a row and take their seats in the uber-comfortable Timberliner trains courtesy of Gravity Group. The train is dispatched and coaster enthusiasts and amateurs alike are in for a sweet surprise. 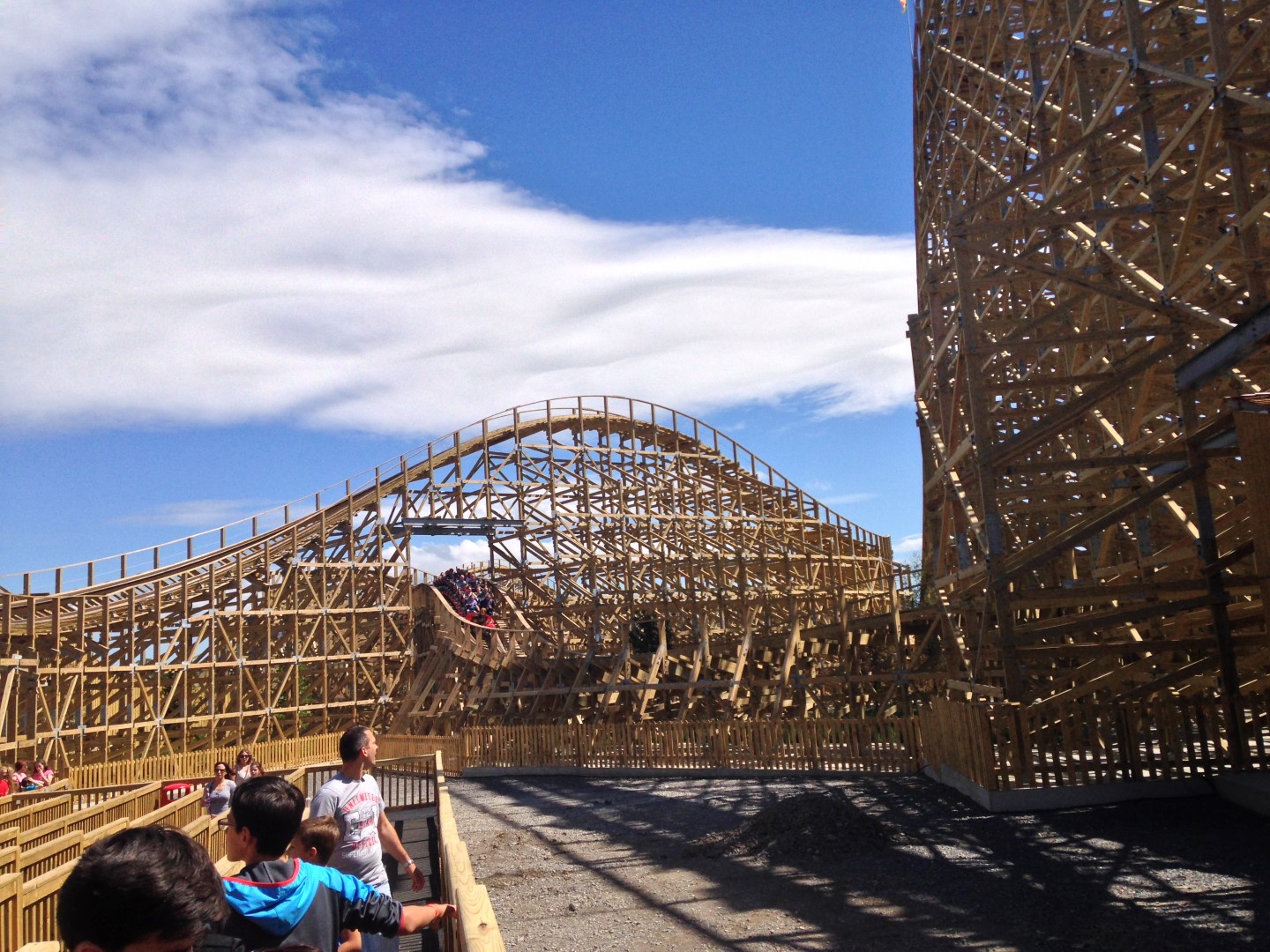 After cresting the flag garnished lift hill rather swiftly the train speeds down the 103′ drop which provides some good ejector, especially towards the back of the train. Riders then speed through a tunnel over a quick bunny hop up into a floater hill. 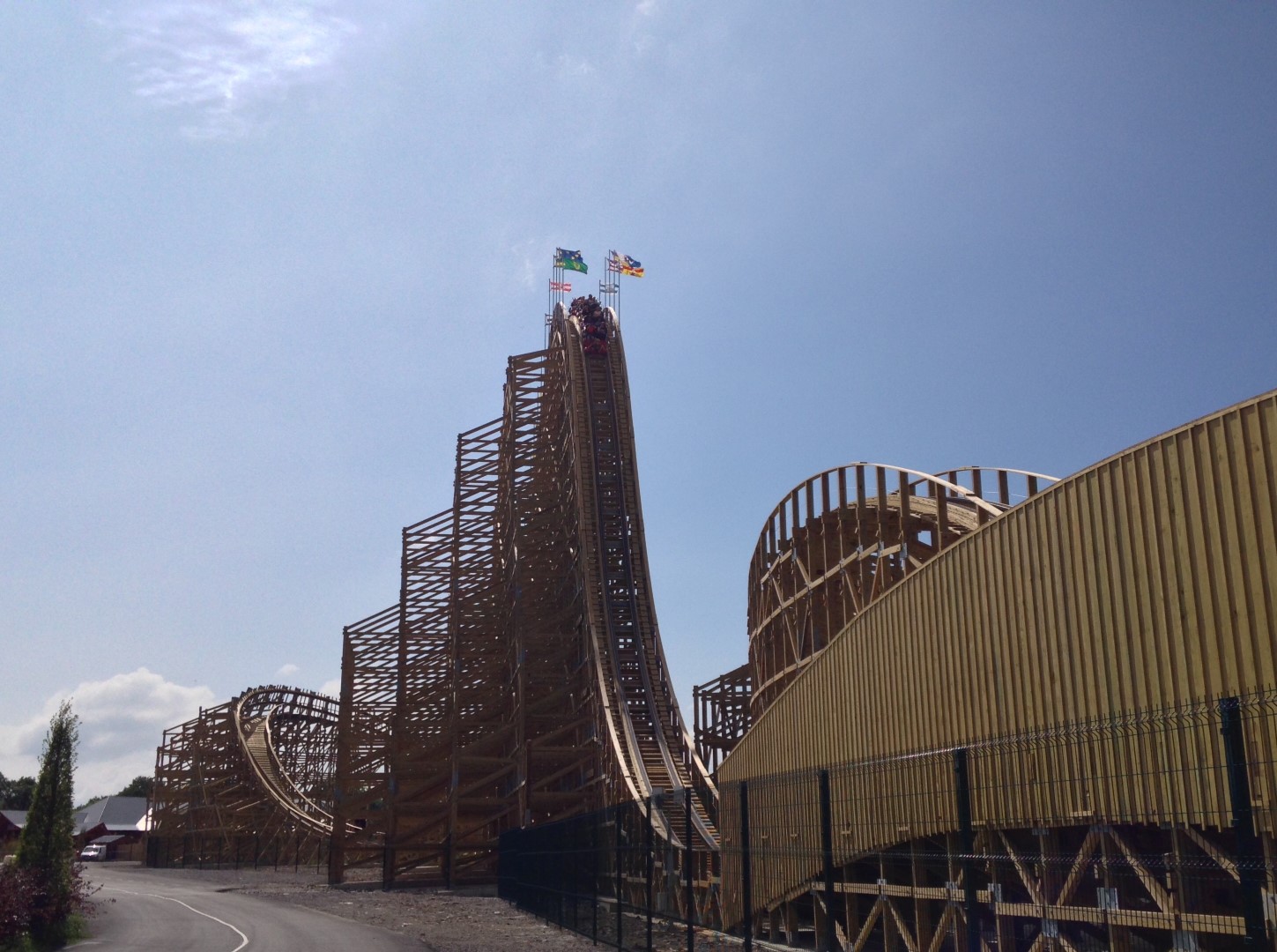 After a lightly banked elevated the turn, the train hops down for a rather long drop, filled with some sustained but gentle ejector airtime. One of the most interesting elements of the ride is next, a reverse banking double down, quite similar to that on Twisted Colossus. The second half’s sharp transition is home to some feisty laterals, as well as ejector air making it almost a bit painful. In any case, Cú Chuliann’s signature move is yet to come, the 115 degree over bank turn (not an inversion). In the left side of the train riders will experience some decent positive g’s, whereas in the left half it feels as though you are being dumped out of the train which is very thrilling and much more fun. 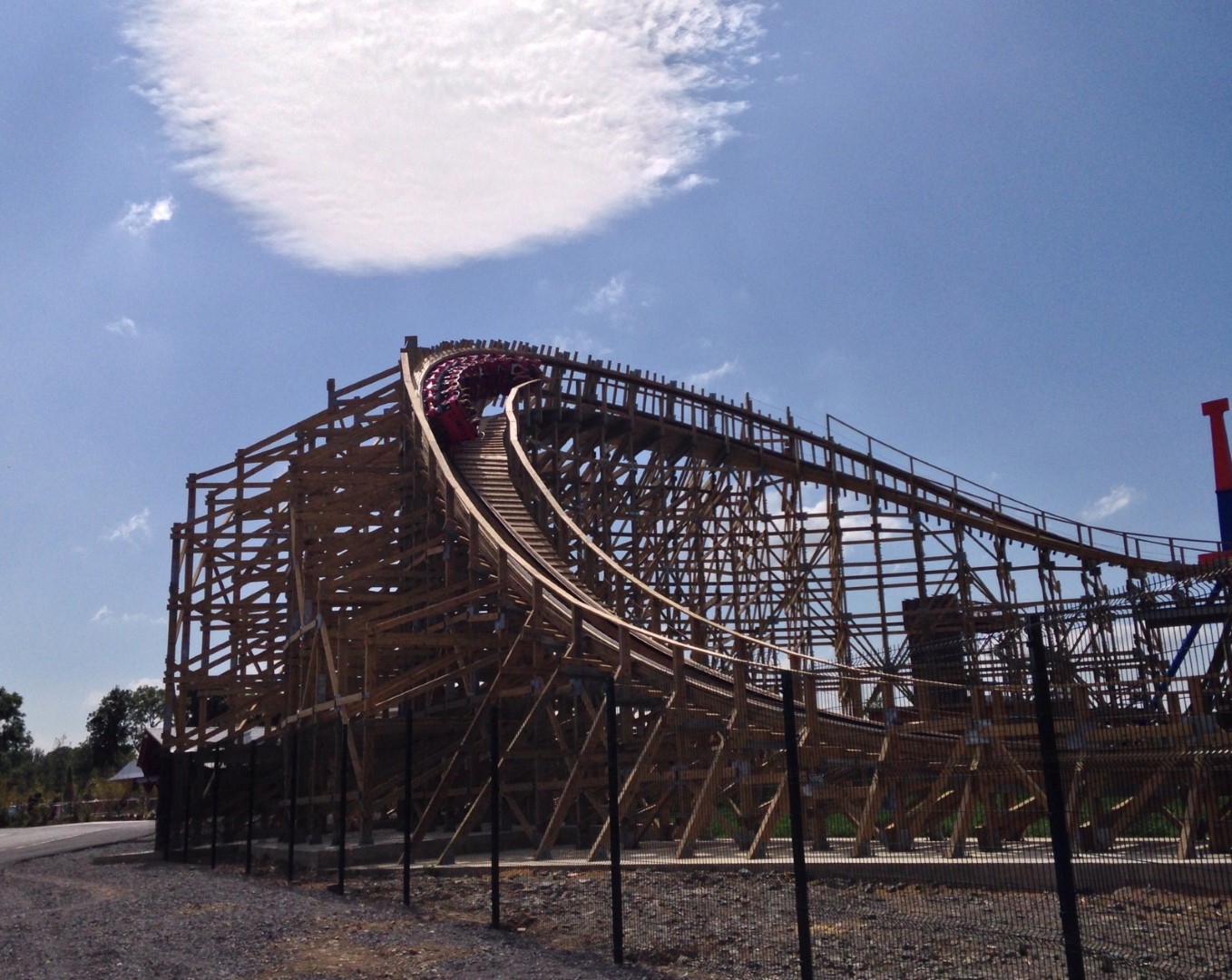 After a small hop down, the train travels up to a Double-up, and then immediately into a Double-down, a very rare element that is better known for being featured on White Lightning at Fun Spot America. All three hills providing some good floater. 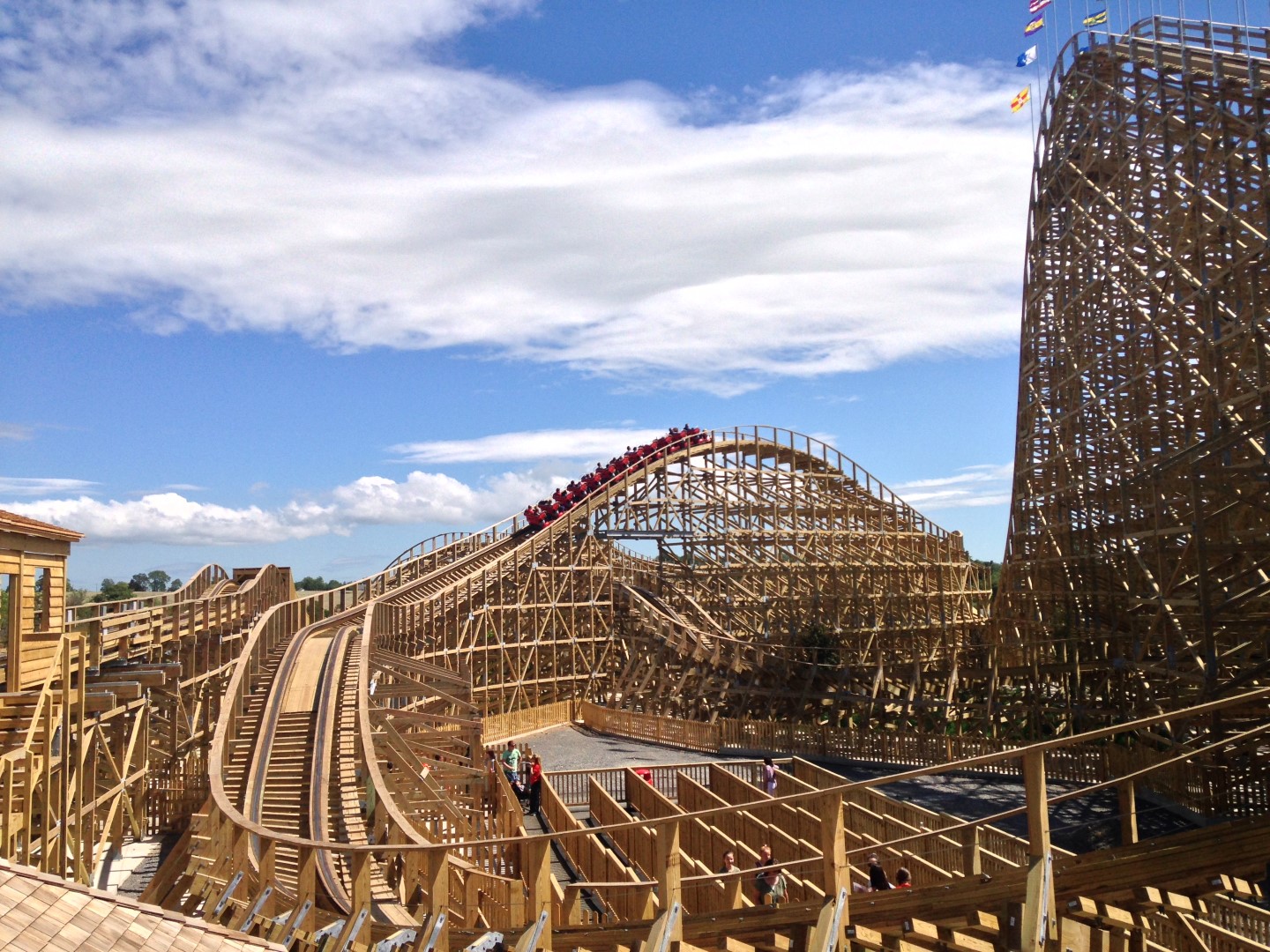 Another Double-up follows into a similar lightly banked turn featured prior, before the train Doubles-down once again. Yes, the double theme on this coaster is a bit thick in the best possible way. After a sustained floater hill with some good head choppers the ride takes a small hop up, before dropping steeply and suddenly into a tunnel, providing excellent ejector airtime and superb head-choppers. After one more small hop (like there wasn’t enough airtime already) the train skids into the break run, with riders left breathless after having returned from their lengthy journey satisfied. 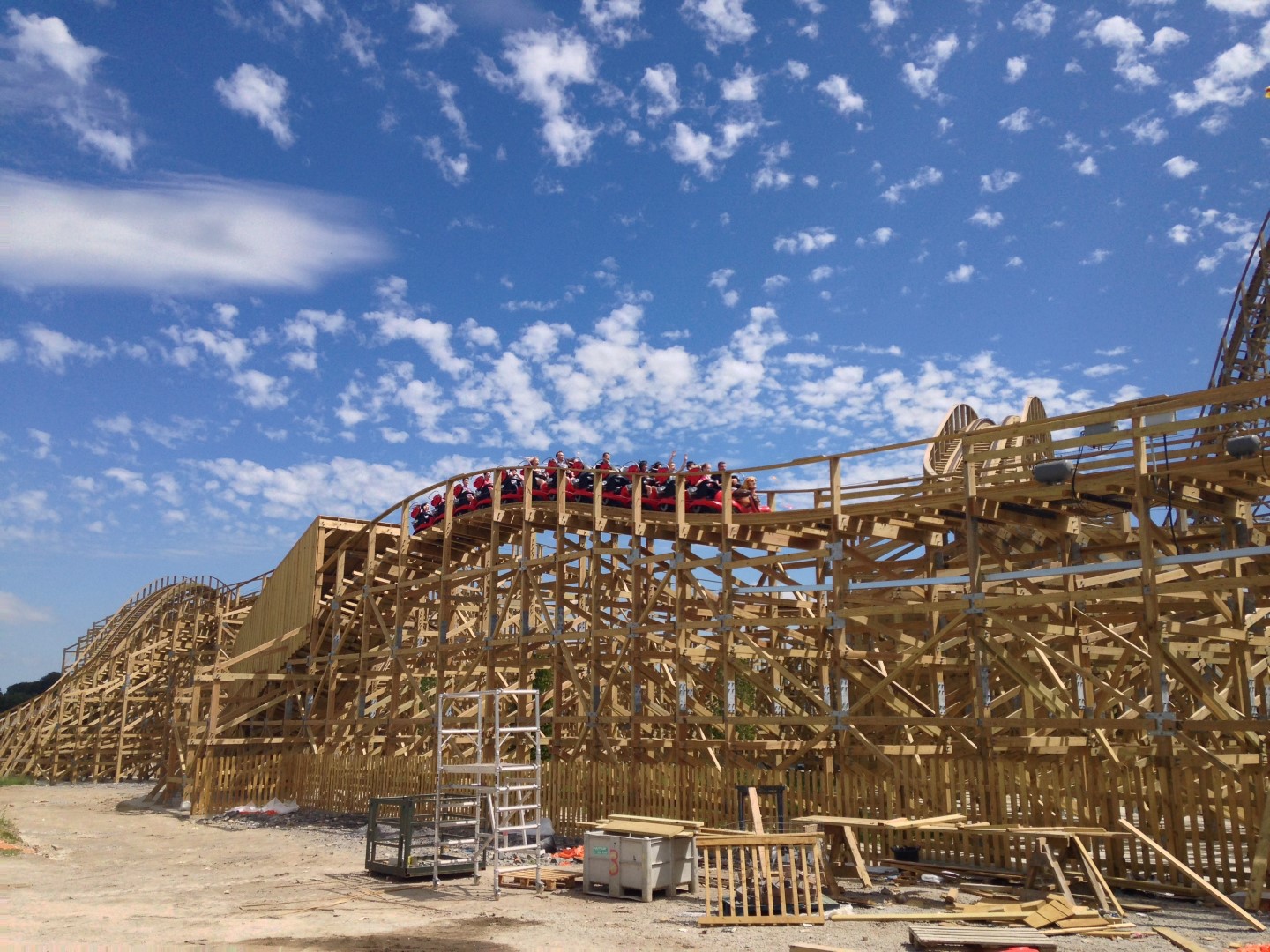 Cú Chulainn is overall just a fantastic coaster. The sheer amount of airtime as well as the variety it comes in is refreshing for a native Californian. The jolts of laterals throughout are placed well giving this aggressive ride a very nice and non-redundant pace. It’s lengthy, yet never seems to lose its speed and has some stand out elements including the overbank, especially on the right side of the train. 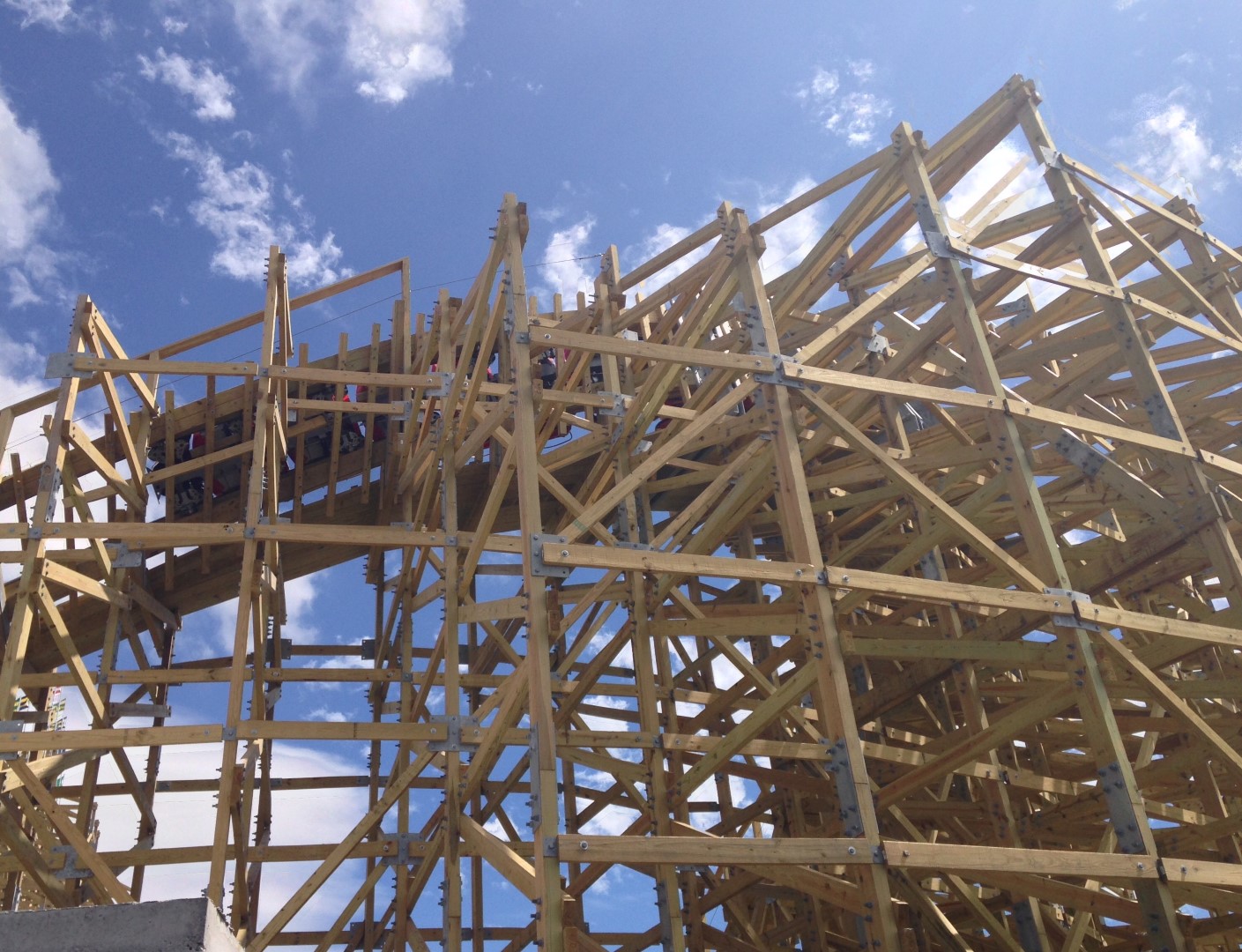 It’s aggressive yet smooth, for the time being. Gravity Group has a poor track record in that regard and the fast pace of this ride leaves it vulnerable to deterioration, so in coming years it may get a lot rougher. So get out and ride it now if you have the chance, because this coaster is world-class. I hope this can shed a little light on a coaster that may be forgotten due to its location, as this ride is truly great. As one of our personal favorite wooden coasters, it is with no doubt in my mind that I say that Cú Chulainn is a complete success. 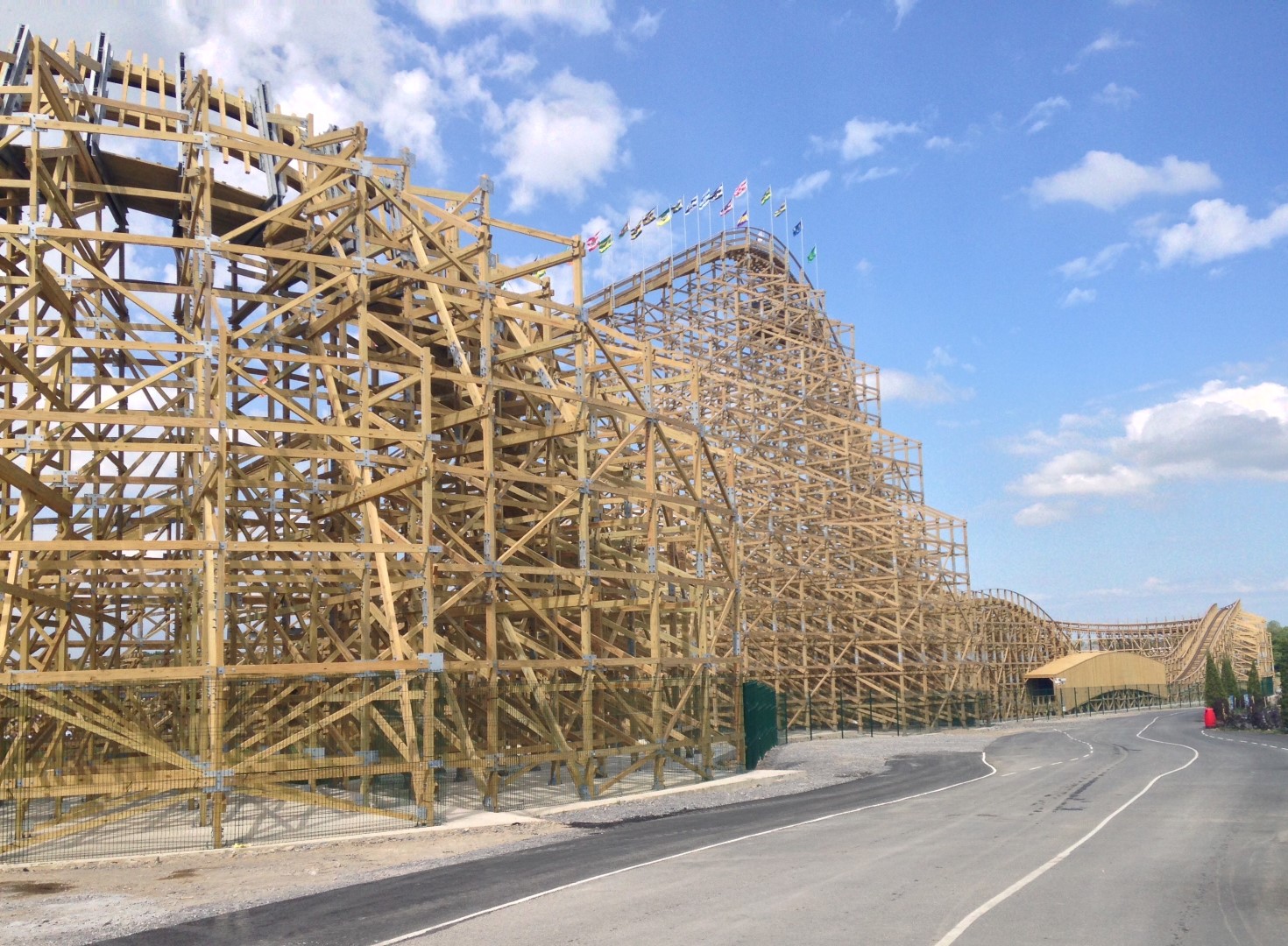 We hope you enjoyed this look at the brand new Irish woodie. It’s one of those coasters that’d better be maintained well, or the crazy forces can become painful. We’ll have more articles regarding this great Irish park in the near future! Thanks for checking out this out-of-state Special! Make sure to check out our full SeaWorld San Diego walk-through Trip Report here!