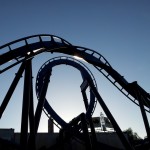 It was time for another ride on Twisted Colossus, and there was enough around the park to report on! It was crazy hot out, and the crowds were minimal. We’ve got some Revolution… Riddler’s Revenge, Batman The Ride, Ninja, Apocalypse and more!

Let’s start right next to Tatsu, where a new game has been placed. It’s likely a soccer kind of game, hence the fence and the grass-like floor. 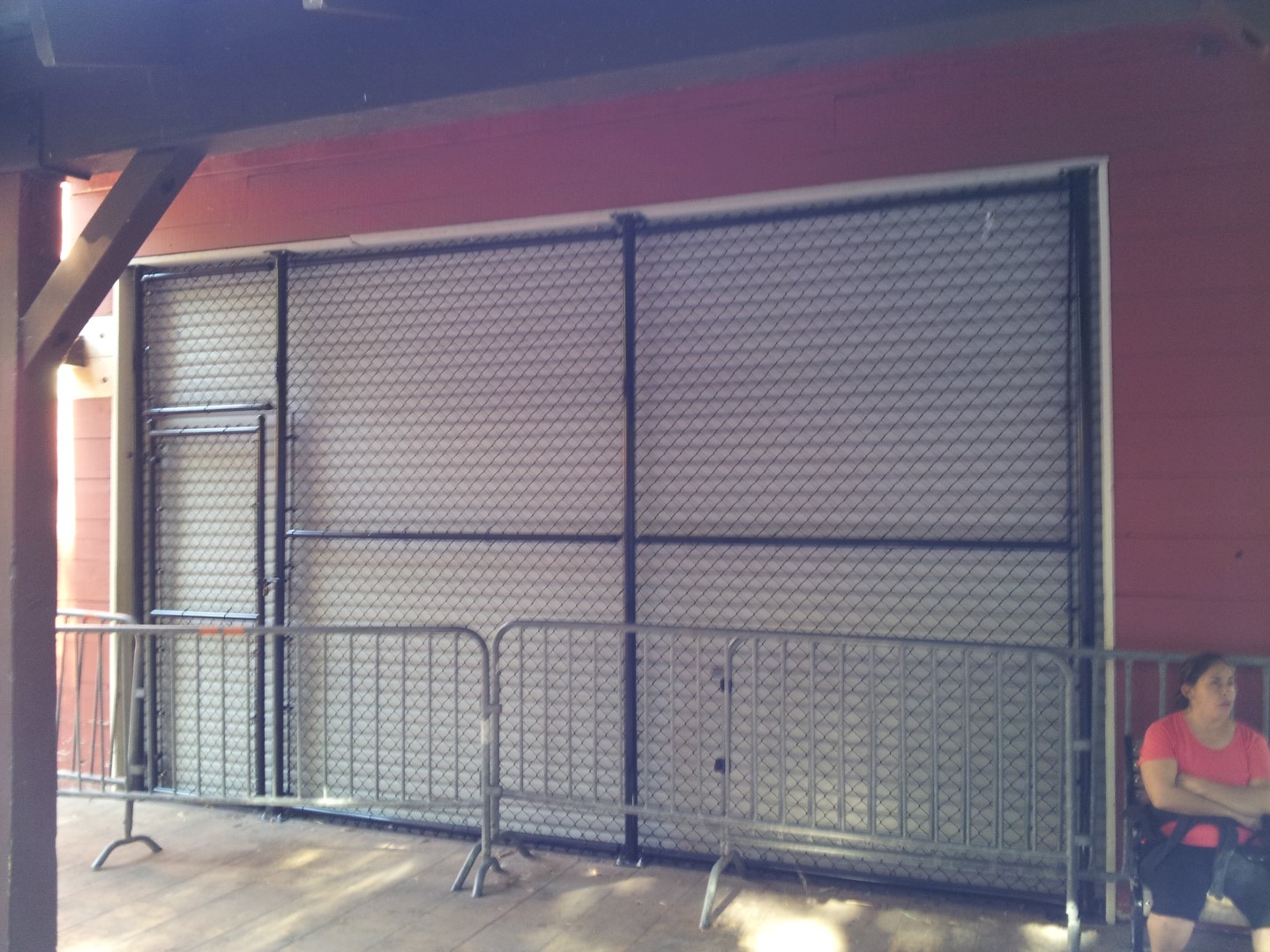 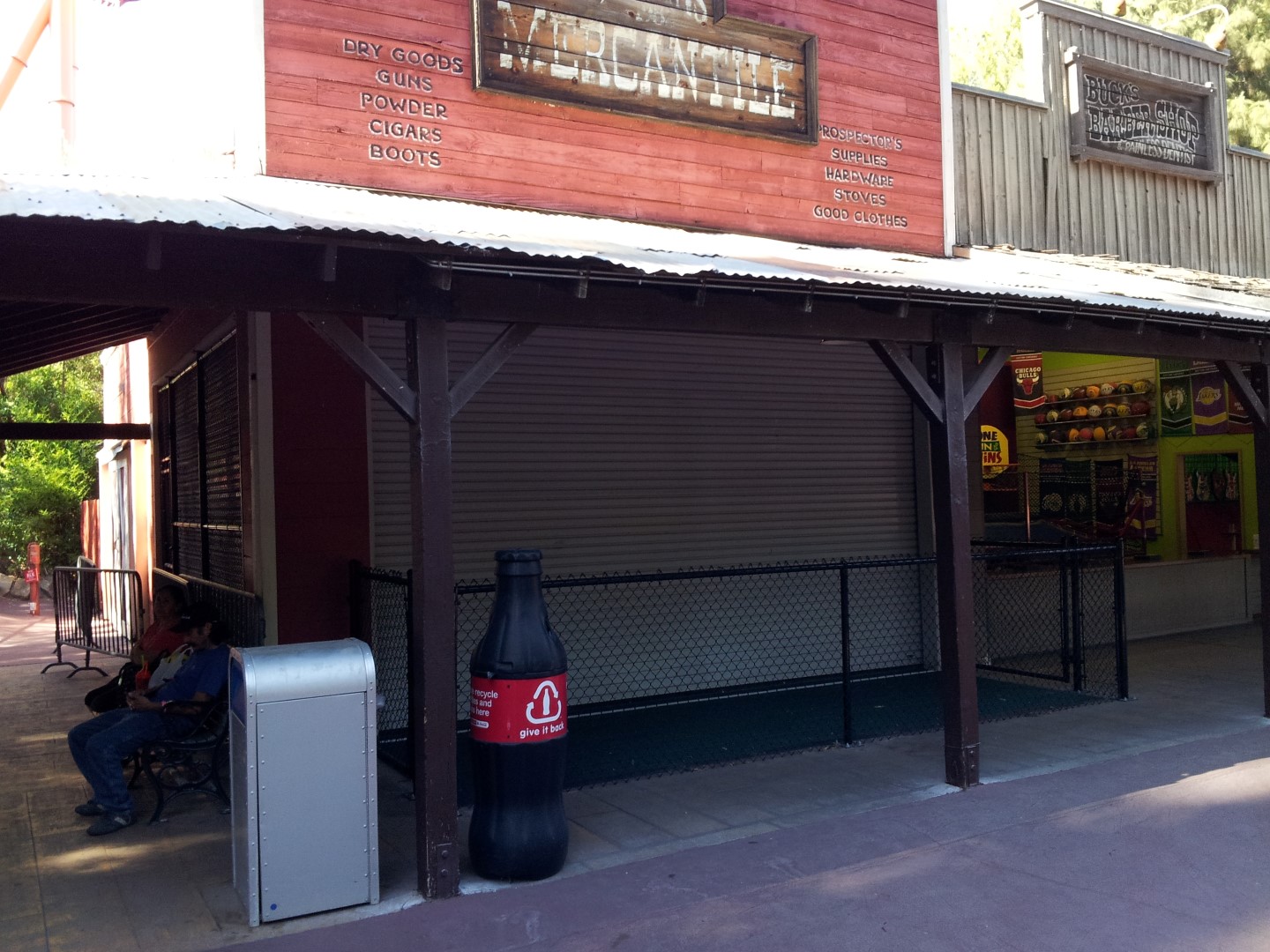 Over at several rides, like Scream! and Gold Rusher, a new ‘Got Milk’ advertisement can be found in a height-measuring straw coming out of a glass of… well, milk… 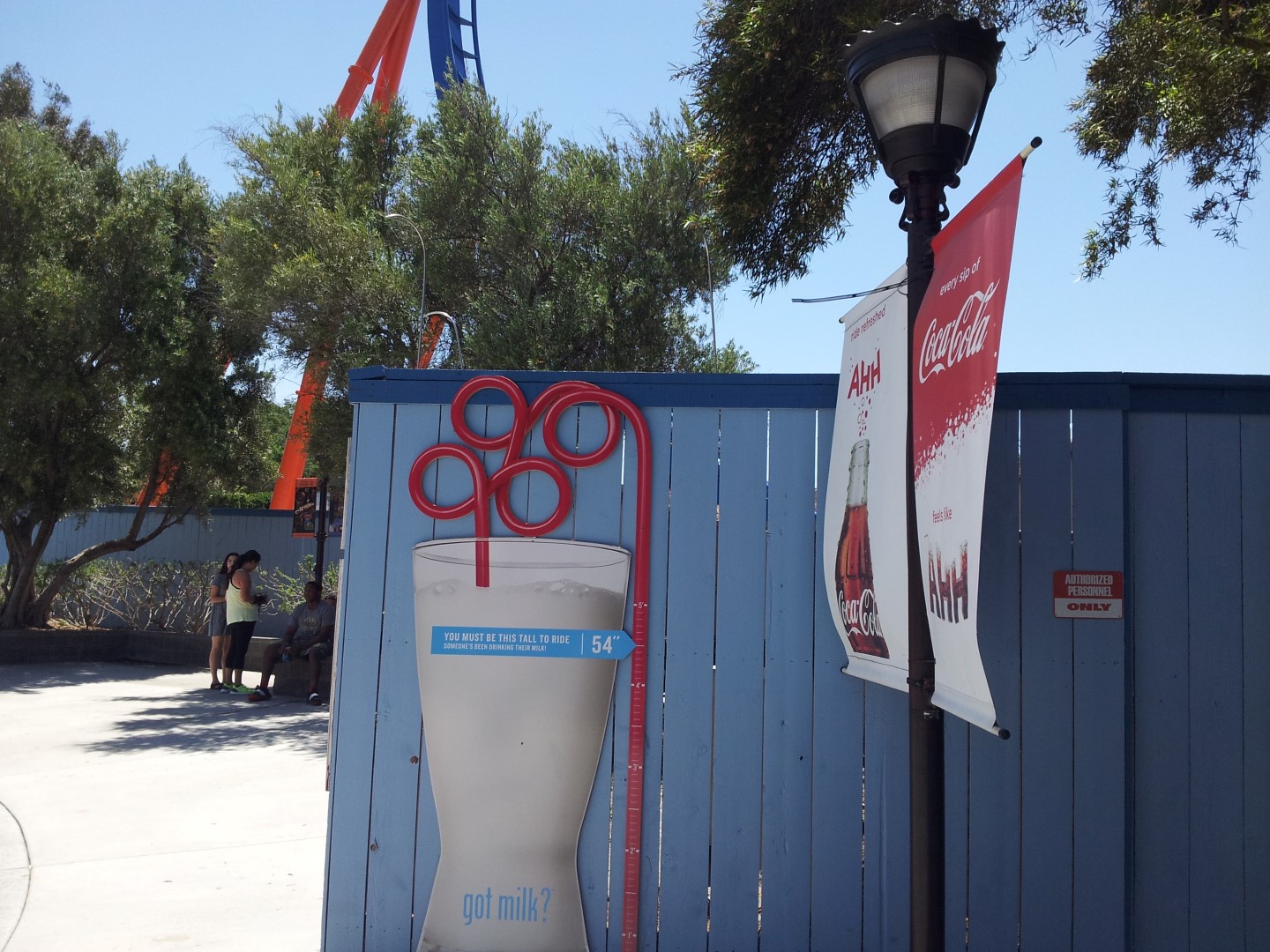 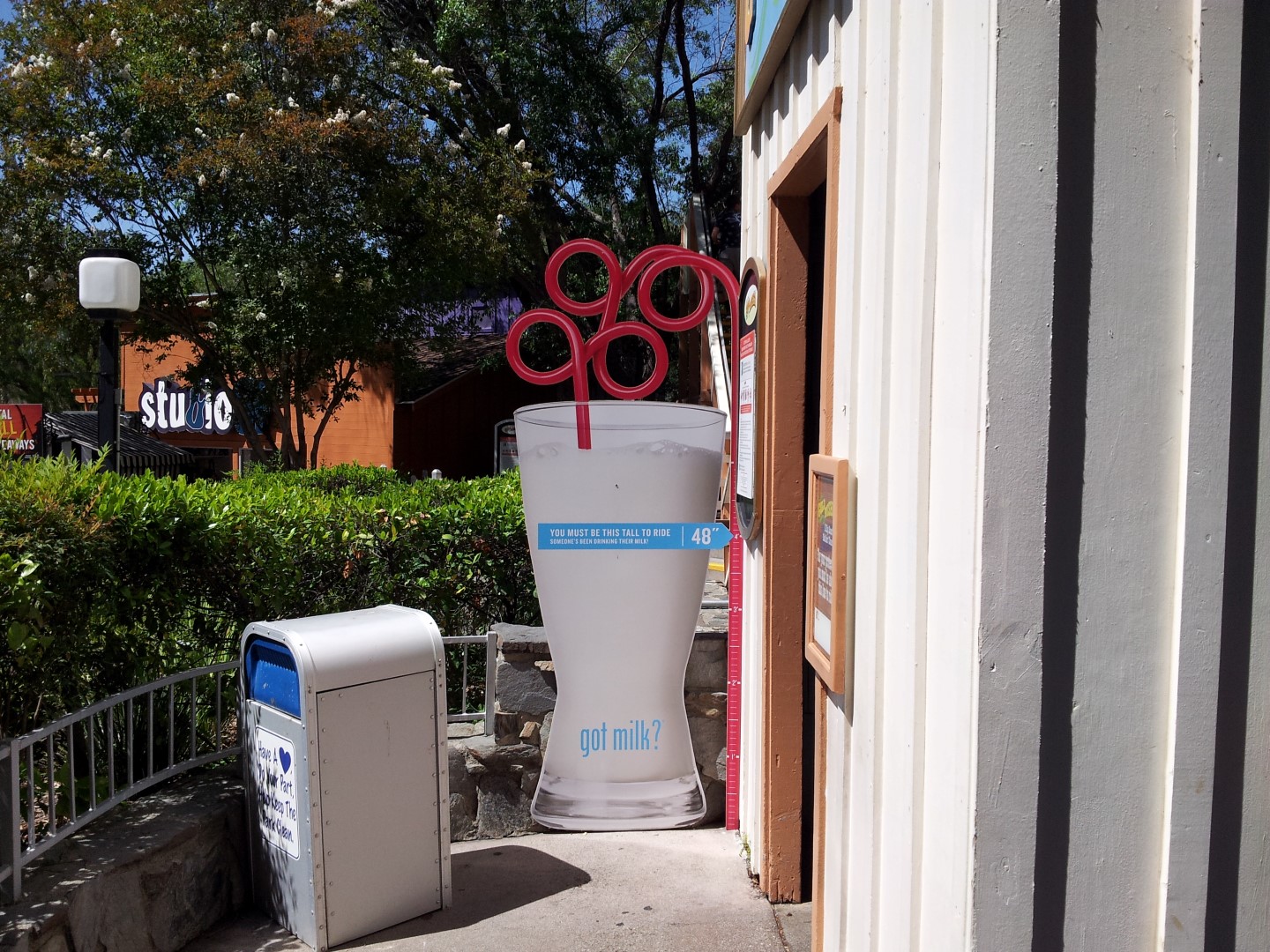 Since Saturday, the shows in the park now run daily. Looney Tunes kids club and Full Throttle Nights that is… because Kwerk’s originally announced show-times are to be totally disregarded, another week of no weekday shows, it’ll run again on Saturday… – Kwerk will start its Thursday- Monday 2:00, 3:30, 5:30, 7:00 shows next week! (June 25th). 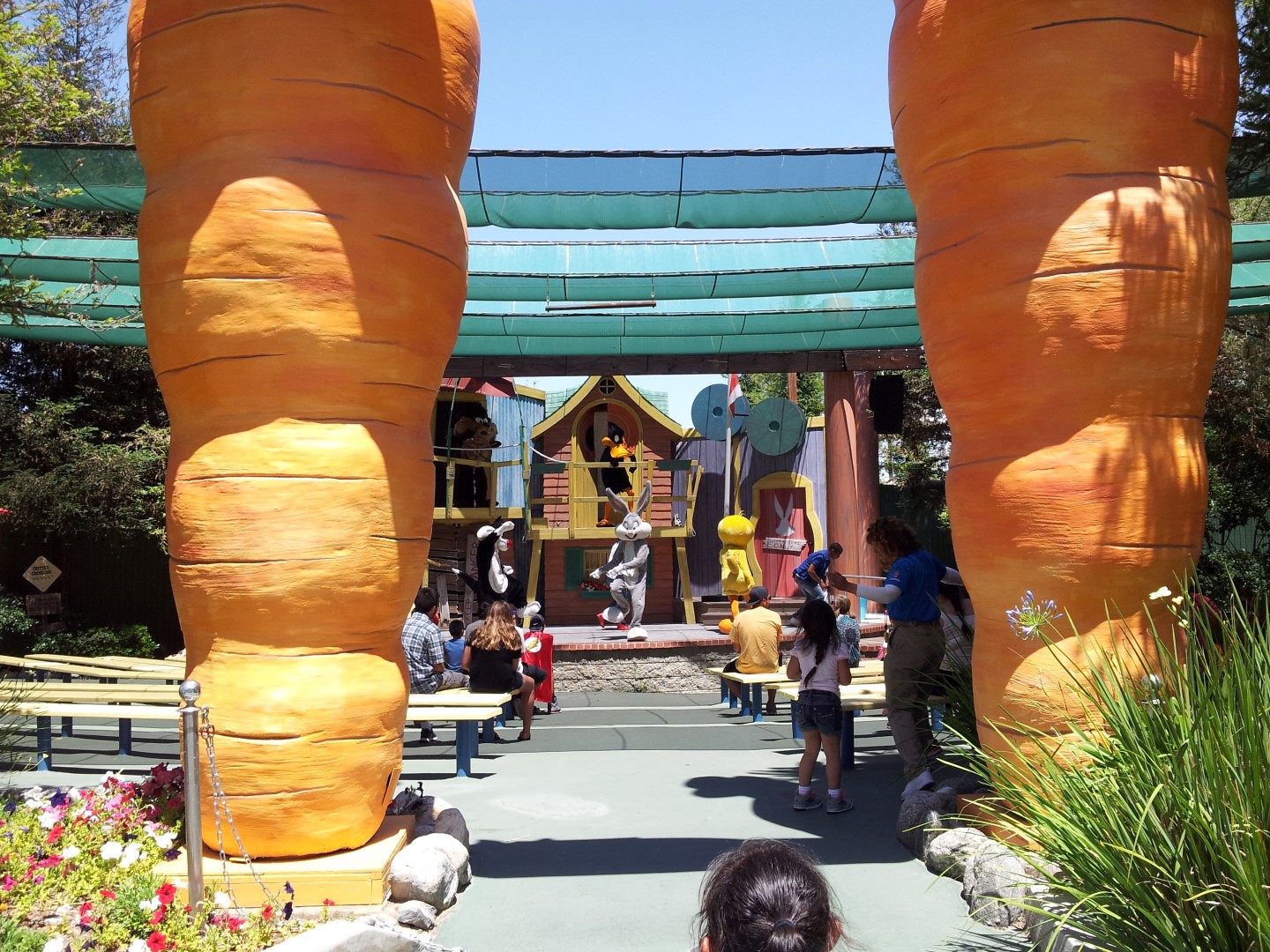 Lex Luthor was running great, Superman: Escape From Krypton of course ran one train. Kind of weird how it ran two trains for a day a few weeks back, and now we’re back to just the green train. 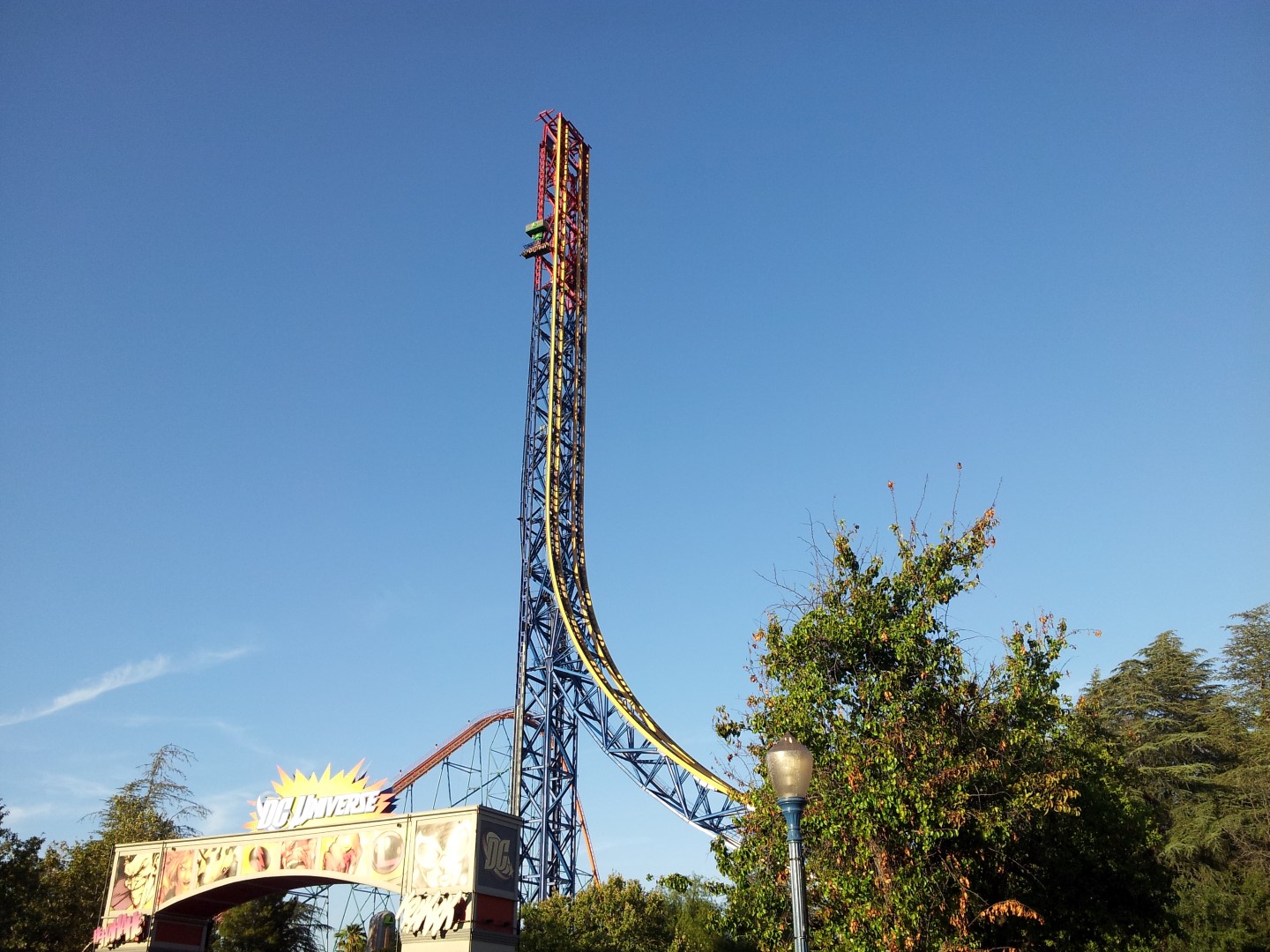 It was made impossible to get to the Tidal Wave station, the entire line was flooded, and badly. My feet were seriously underwater in this never ending river. Fun preshow for Tidal Wave, where you get more wet making your way through the line, than you do on the ride… 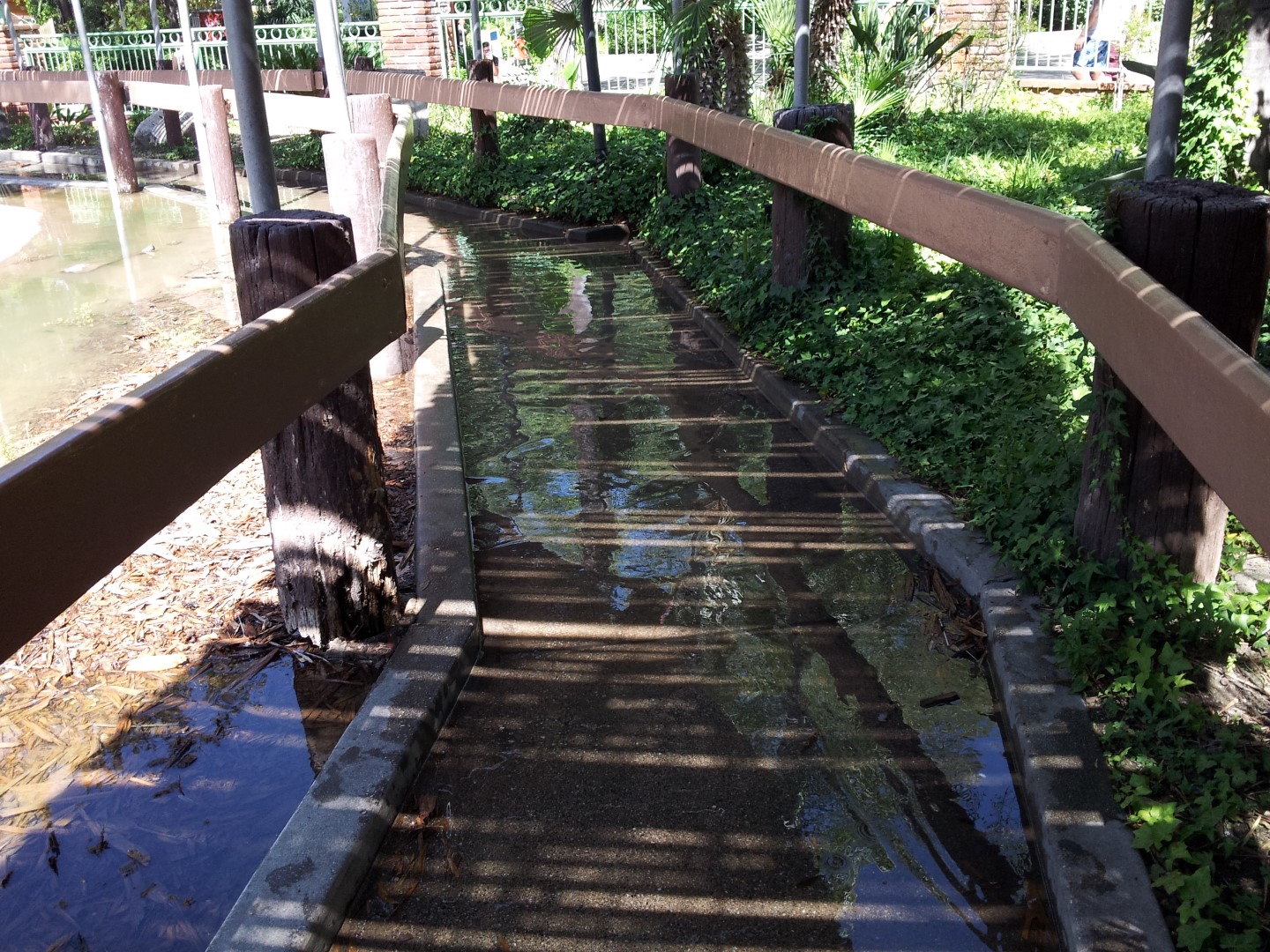 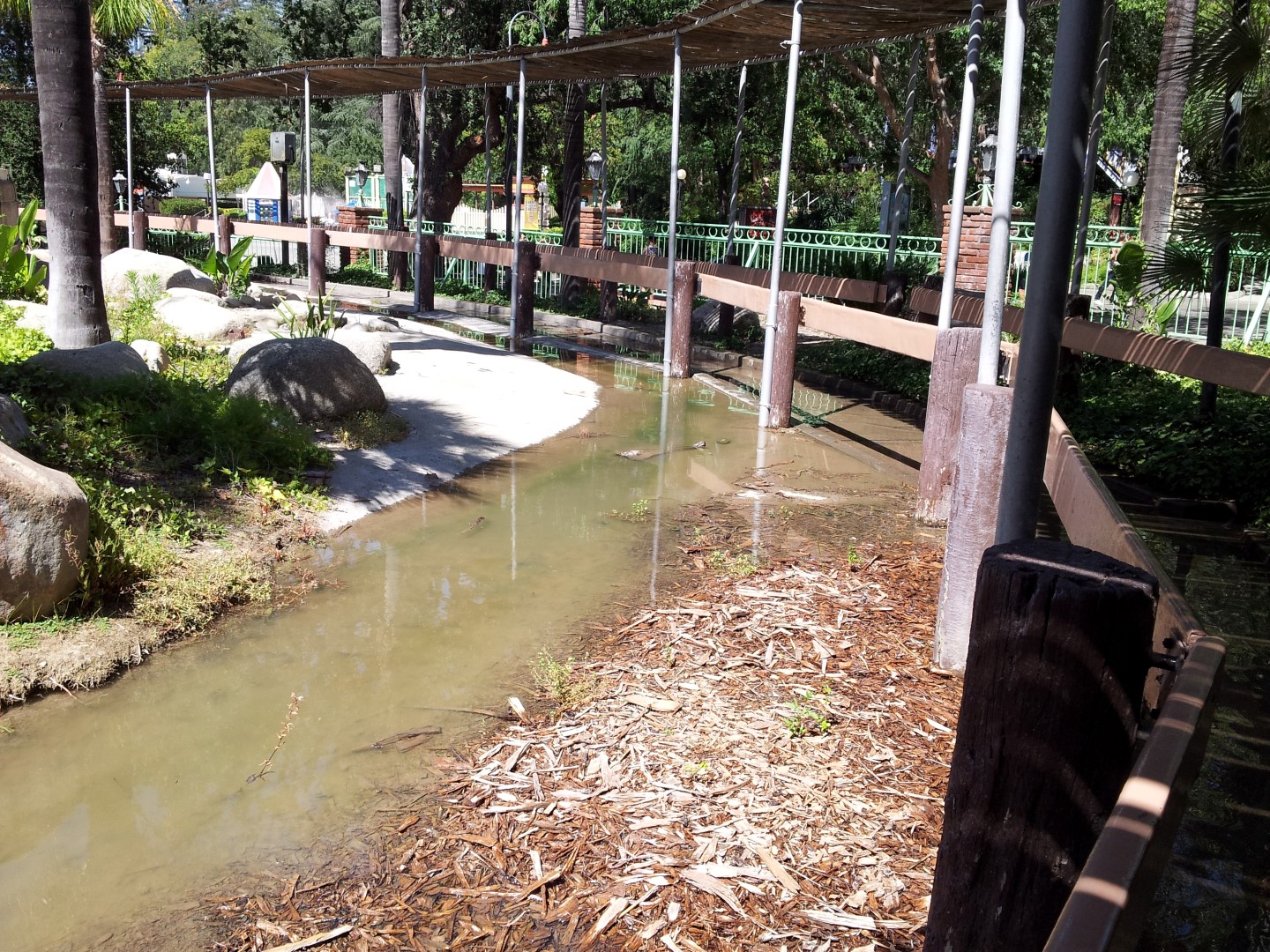 Ninja is still down to one train, of course. Nonetheless, it was also dispatching very slowly. The top of the Mountain, Samurai Summit, is NOT The place to be with long Ninja and Superman lines, and a non-operating Sky Tower. I do truly advise you stay away from Samurai Summit, an check out all other rides first. 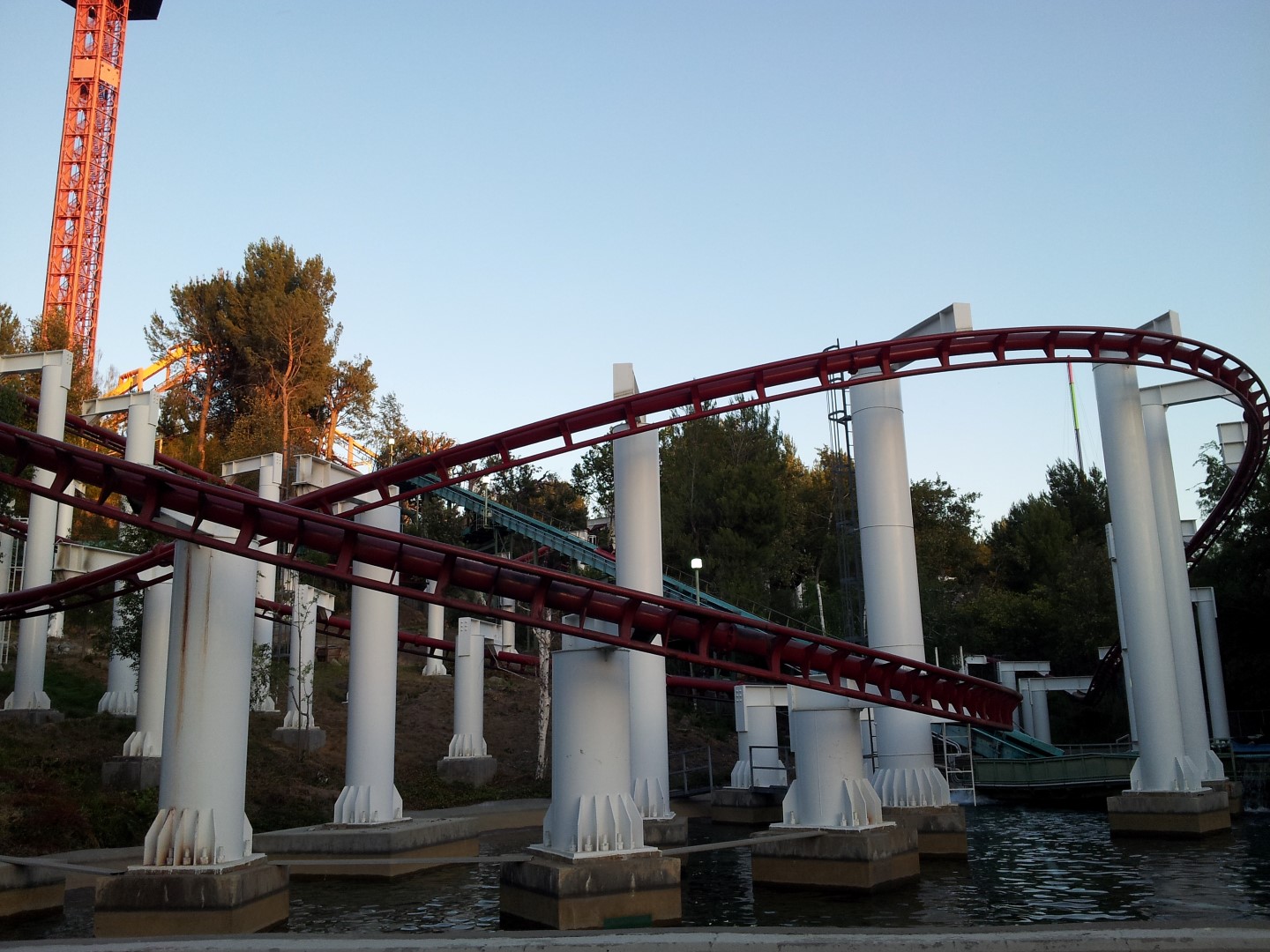 Except for Riddler’s Revenge, because it’s running one train, and the lines are pretty long. I was hoping that it’d be back to two trains now the summer really kicked off. But, oh well… 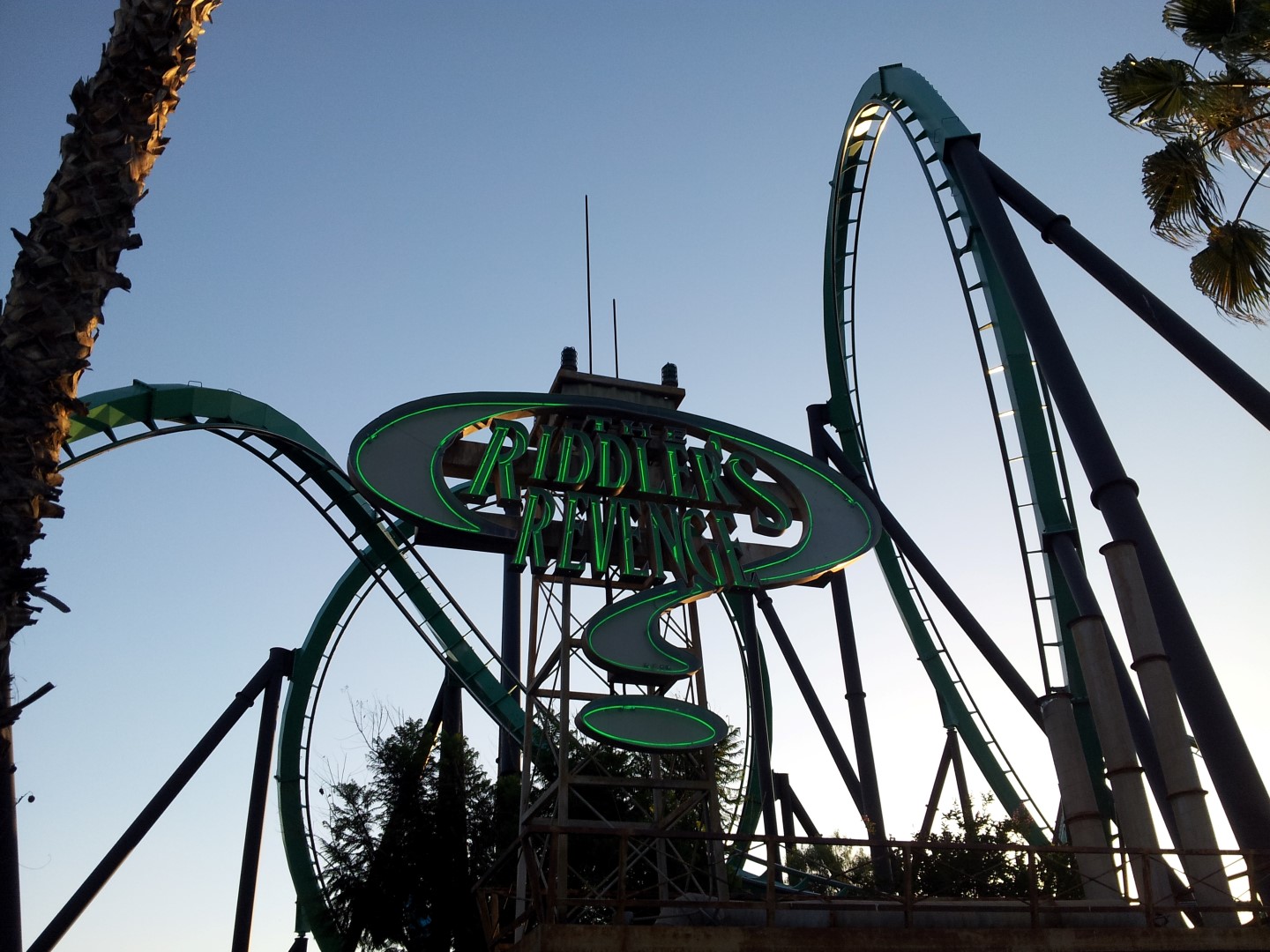 Same for Batman The Ride, surprisingly. It was running one train today, and the line was over an hour at one point. Sad, as Twisted Colossus’ line was about 30-45 minutes (or even less) all day. 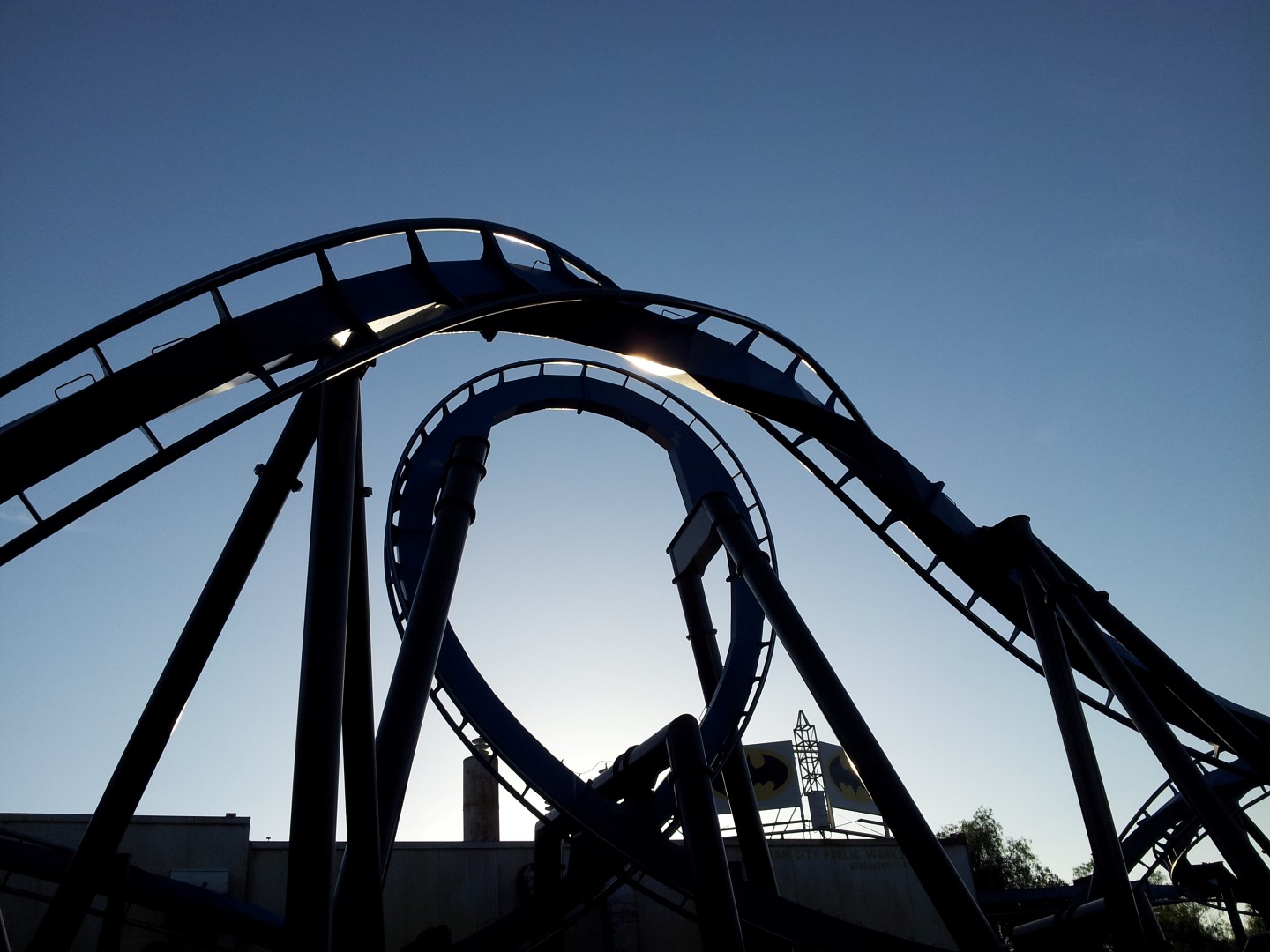 But thank Six Flags Magic Mountain for FINALLY returning to two-train operations on Apocalypse! Making the line only 20 minutes long! The second train that has returned has brand new restraints, that have the new GCI lapbars (the round ones fitting around the waist) with some sort of foot-guard, or ankle-guard. It’s a bit strange as it doesn’t seem to make that much of a difference for guests’ safety. 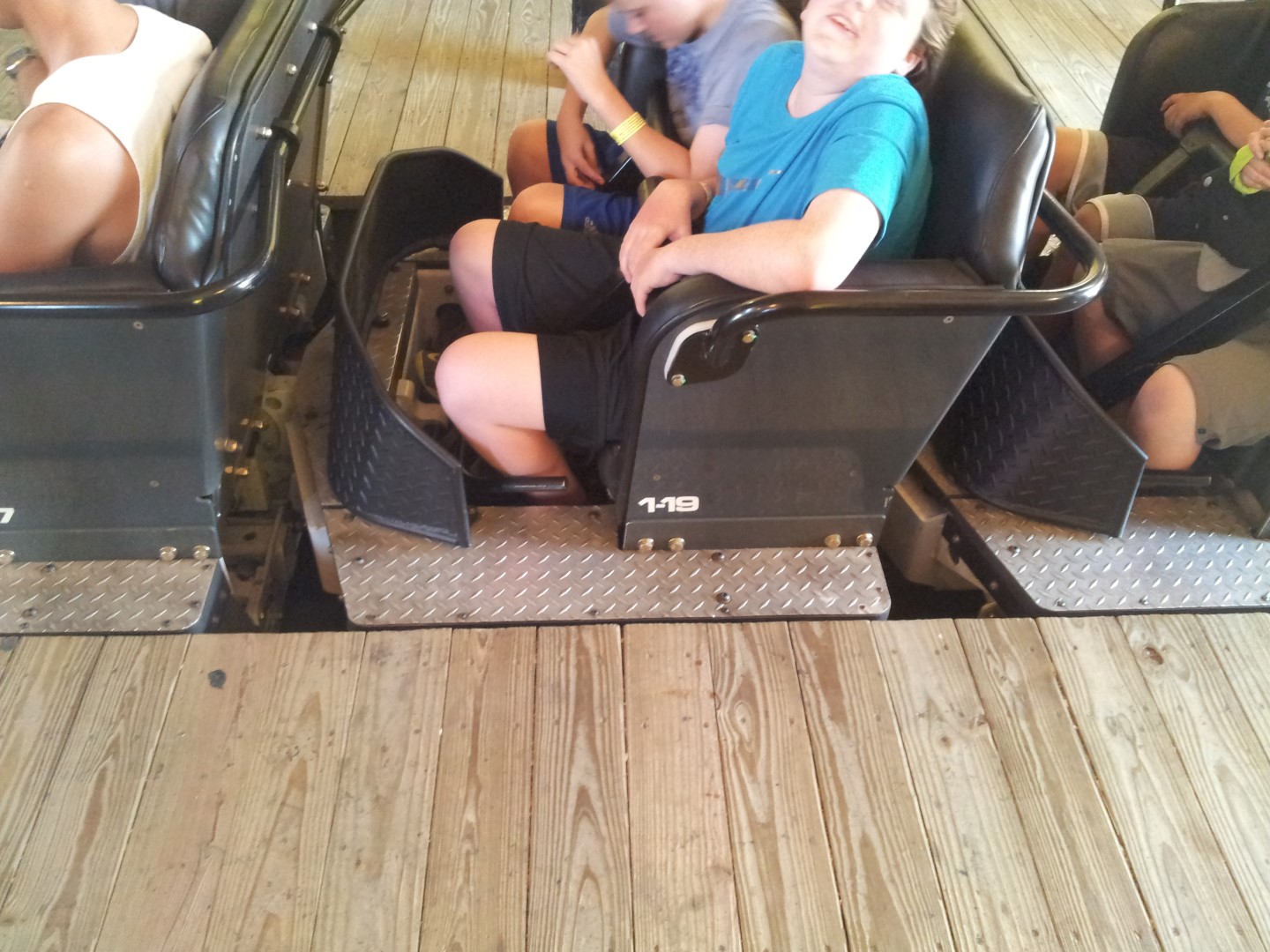 A lot of wood is being replaced lately as well, there’s tons of wood stored behind the ride. The ride is rougher than rough in the non-refurbished train. The newly refurbished train reduces that to a shaky experience. Literally, pretty much, everything has been replaced on the refurbished train over the last 4-5 months. It feels BRAND new. Nonetheless, Roar at Discovery Kingdom still feels smoother currently, and perhaps even smoother in the near future 😛 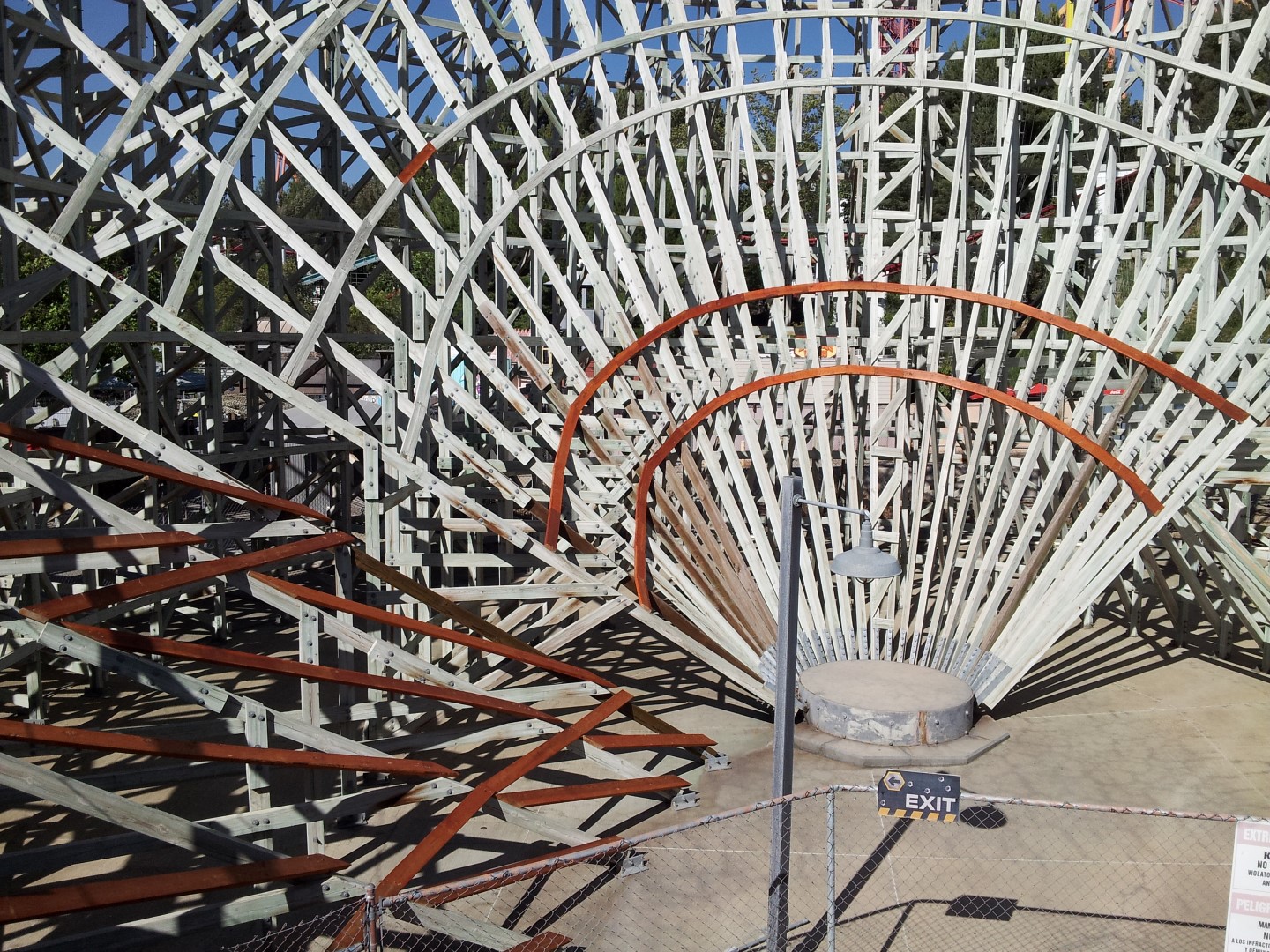 There’s a cool light package on Swashbuckler, that will soon reopen! And across the road, Goliath’s chain is being placed, the last reopen date for Goliath I’ve heard was June 25th, in any way, it’s expected to reopen before July hits. 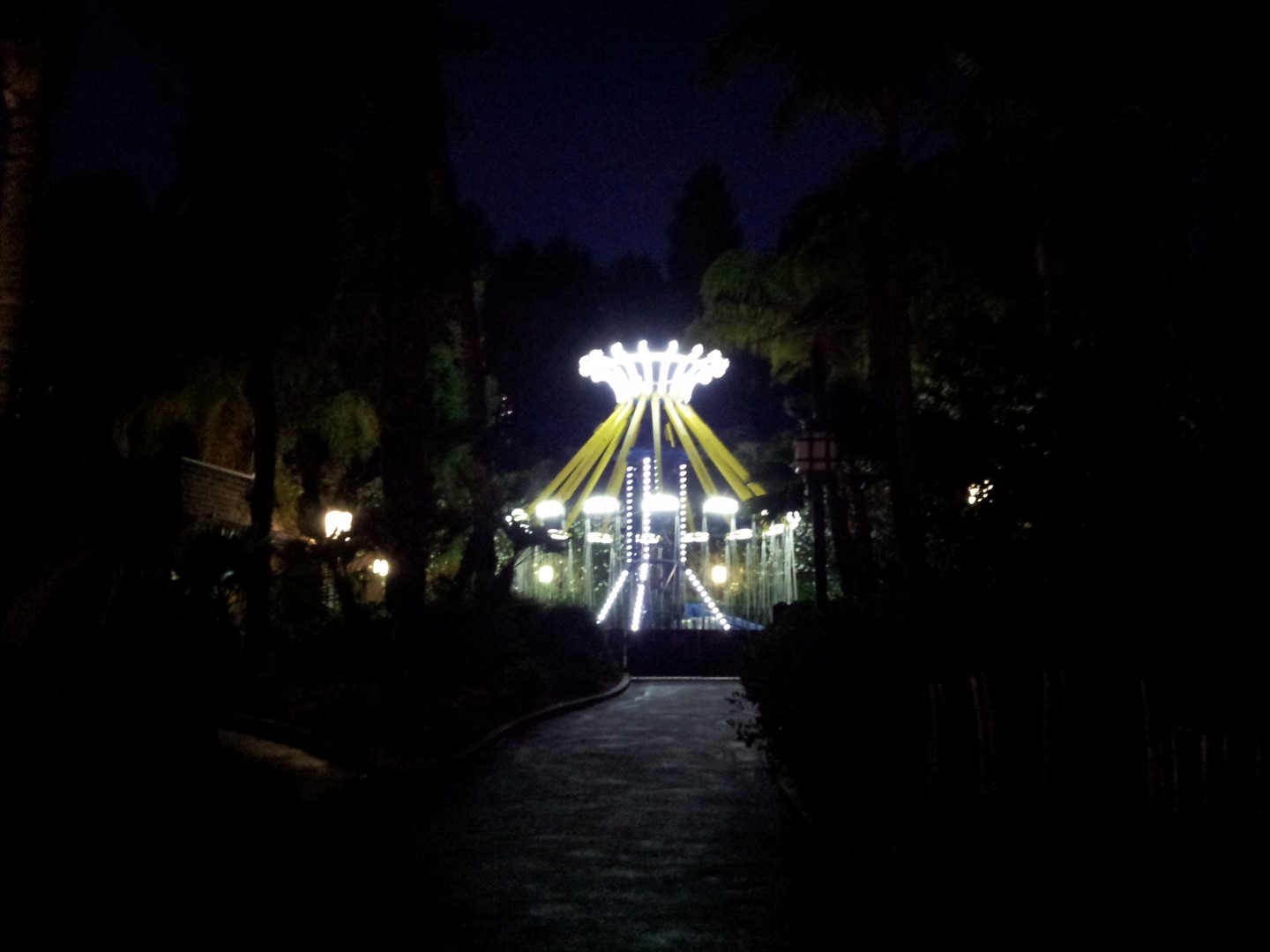 And then there was Revolution… On Friday a 10 year old girl returned to the station unconscious, she was airlifted to a near-by hospital. She was then transferred to Cedars-Sinai, where she passed away. The death seemed to be unrelated to Revolution in the end. And though the park temporarily closed Revolution right after the news of her death, it has now reopened. And the brakes, they seemed to have been adjusted as the train comes to a near-complete stop on several of its brakes. Our thoughts nonetheless, are with the family of the 10 year-old girl Jasmine Martinez’ family. 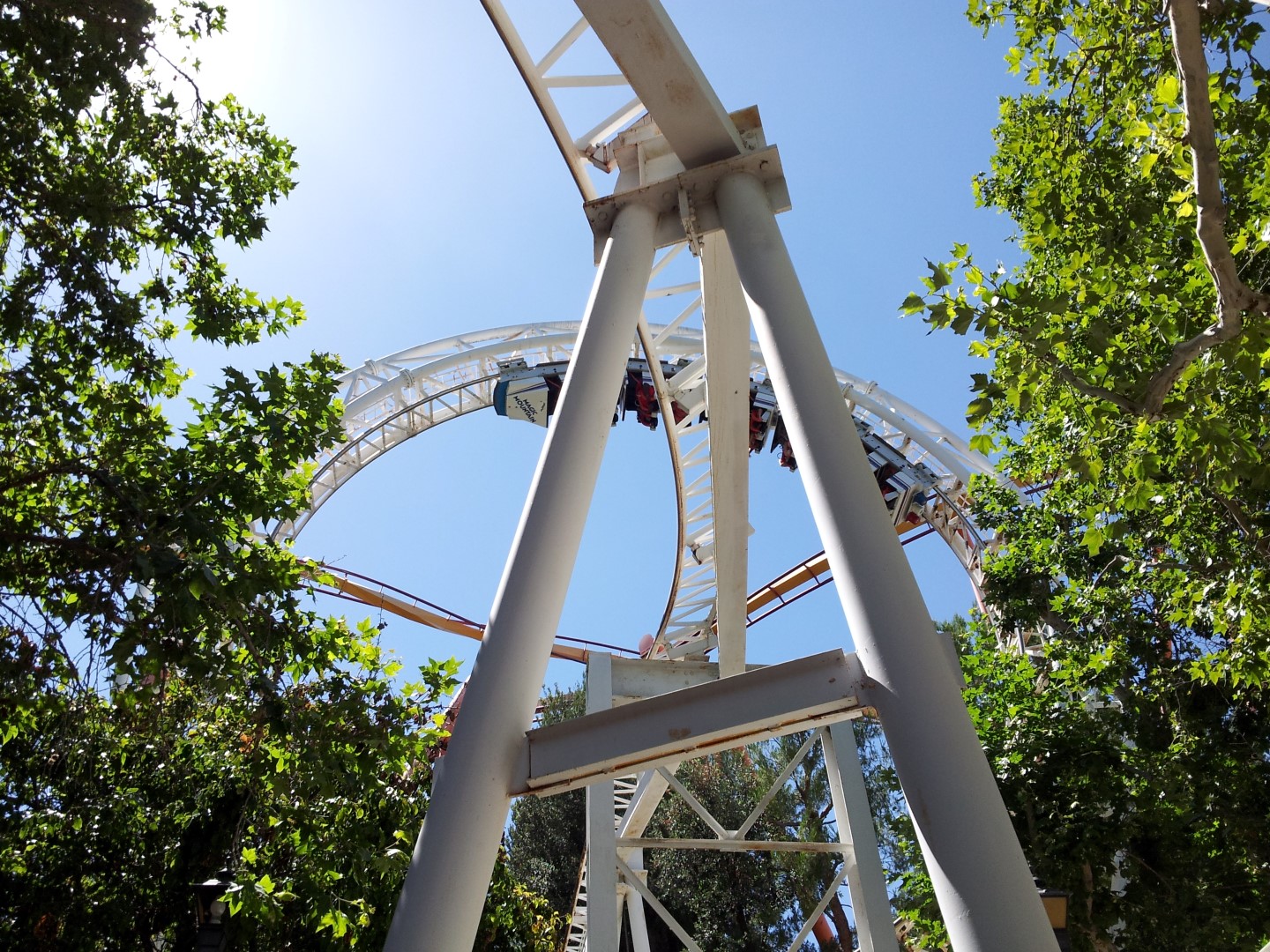 Thanks for checking out this Six Flags Magic Mountain Update!