Derek: Holiday in the Park kicked off the season at Six Flags Magic Mountain and runs daily until January 5th. Many returning favorites are featured around the park along with some tweaks and new additions. A large Christmas tree now stands tall next to Santa’s Cottage and Coca-cola polar bear photo ops are positioned in a few locations including across from Food Etc. and next to Studio 6F. 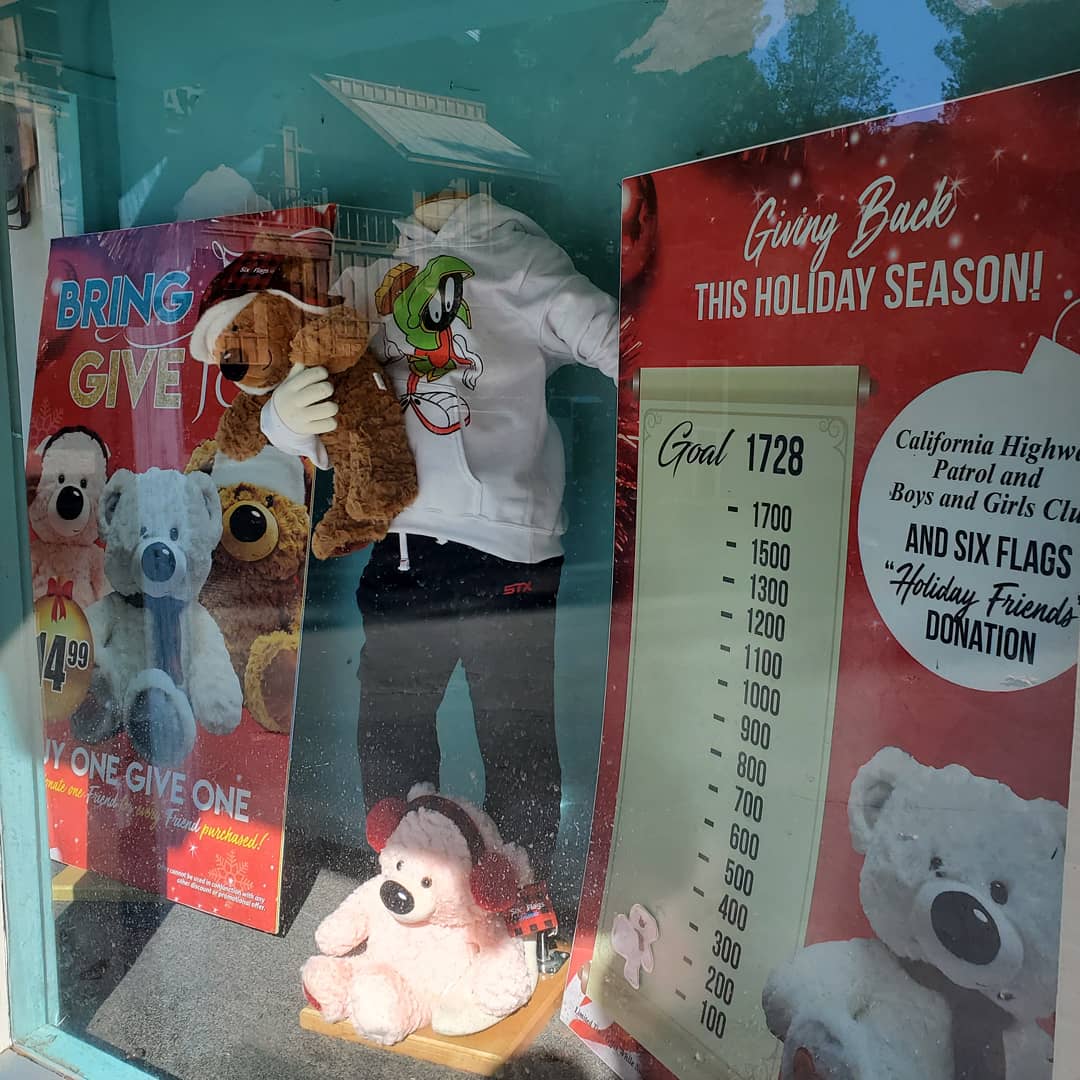 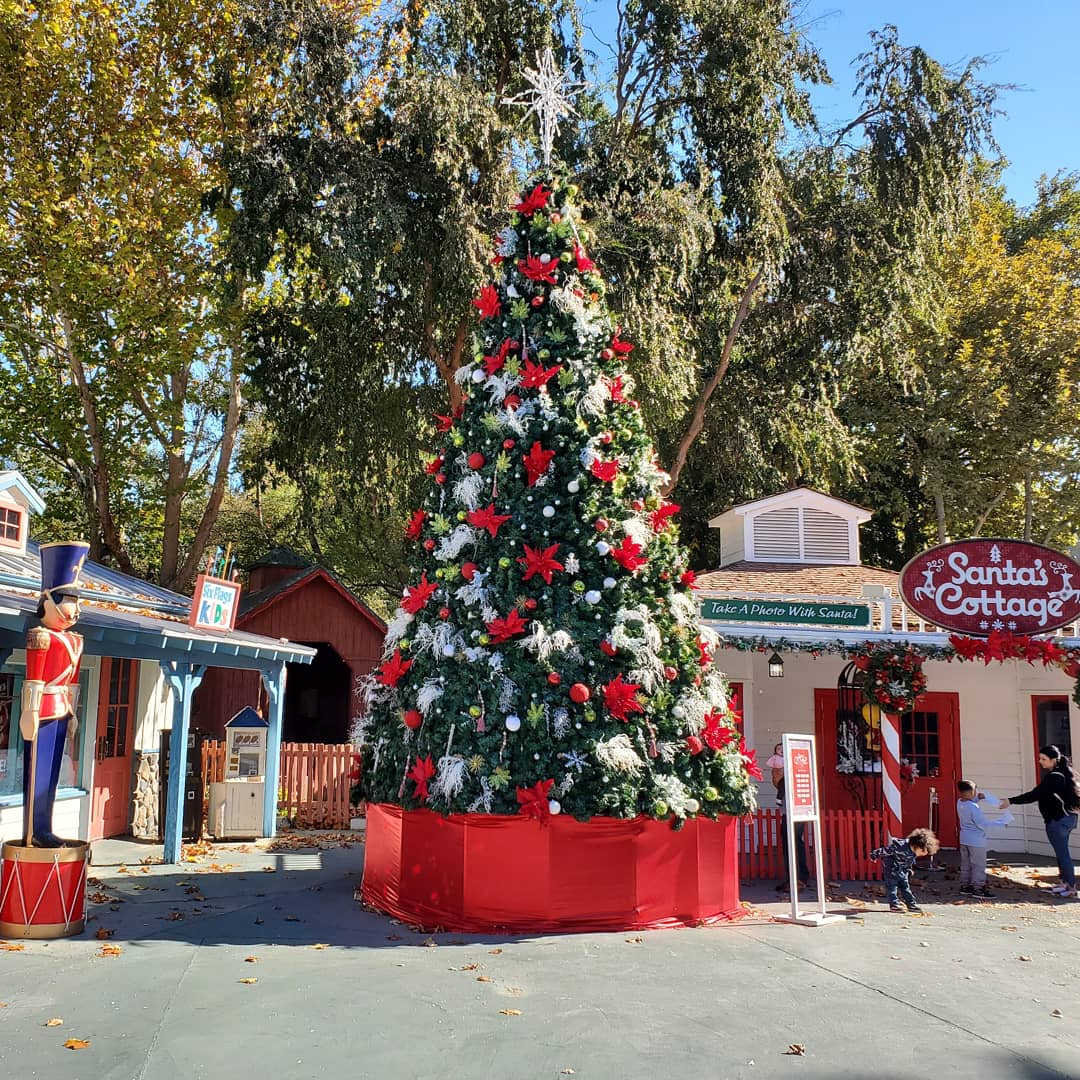 Each night at 5pm, the holiday light displays are illuminated and the snow starts to fall. The main entrance’s Holiday Square along with The Gleampunk District by Twisted Colossus and Winter Wonderland underneath Revolution feature scenic holiday props and snowfall approximately every 20 minutes. 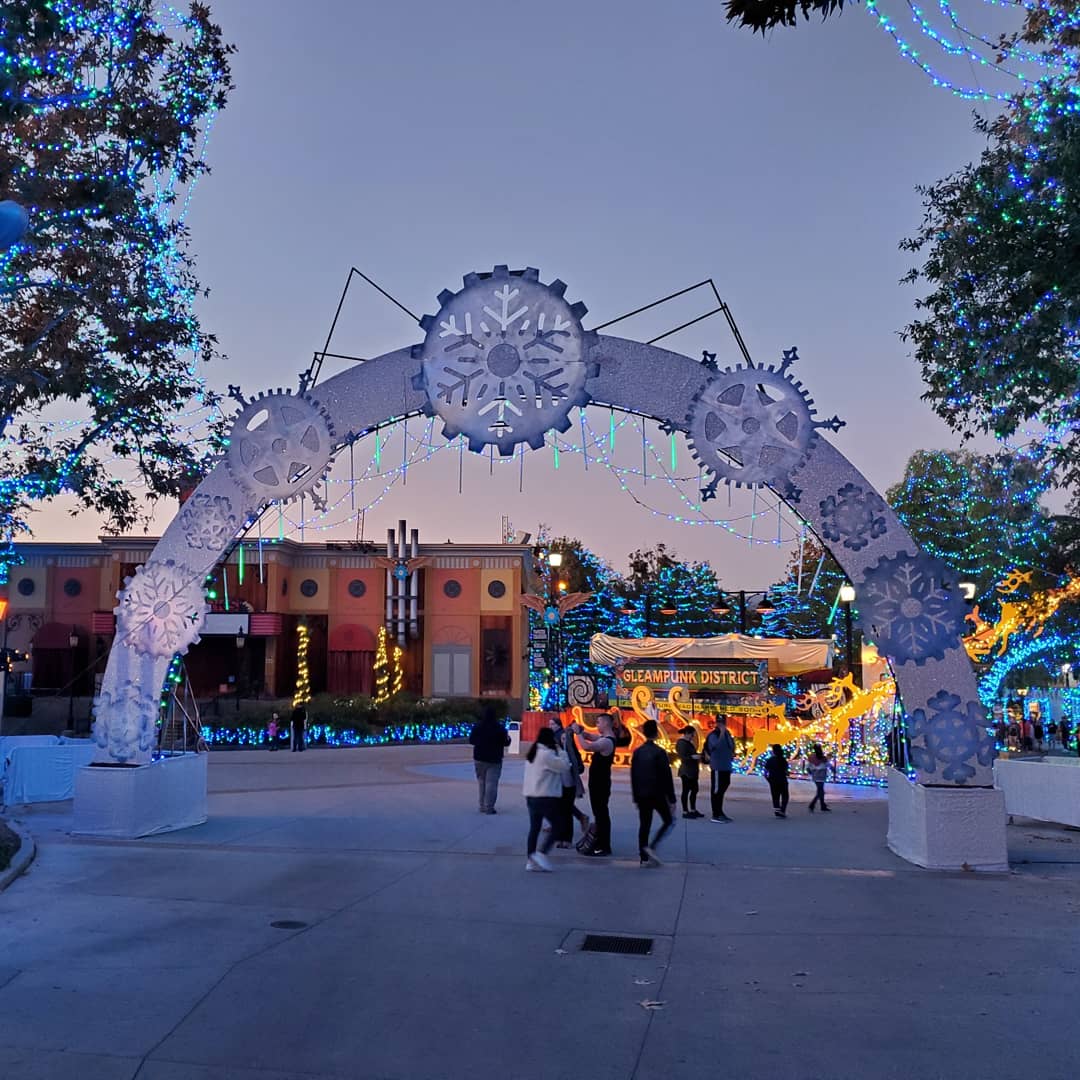 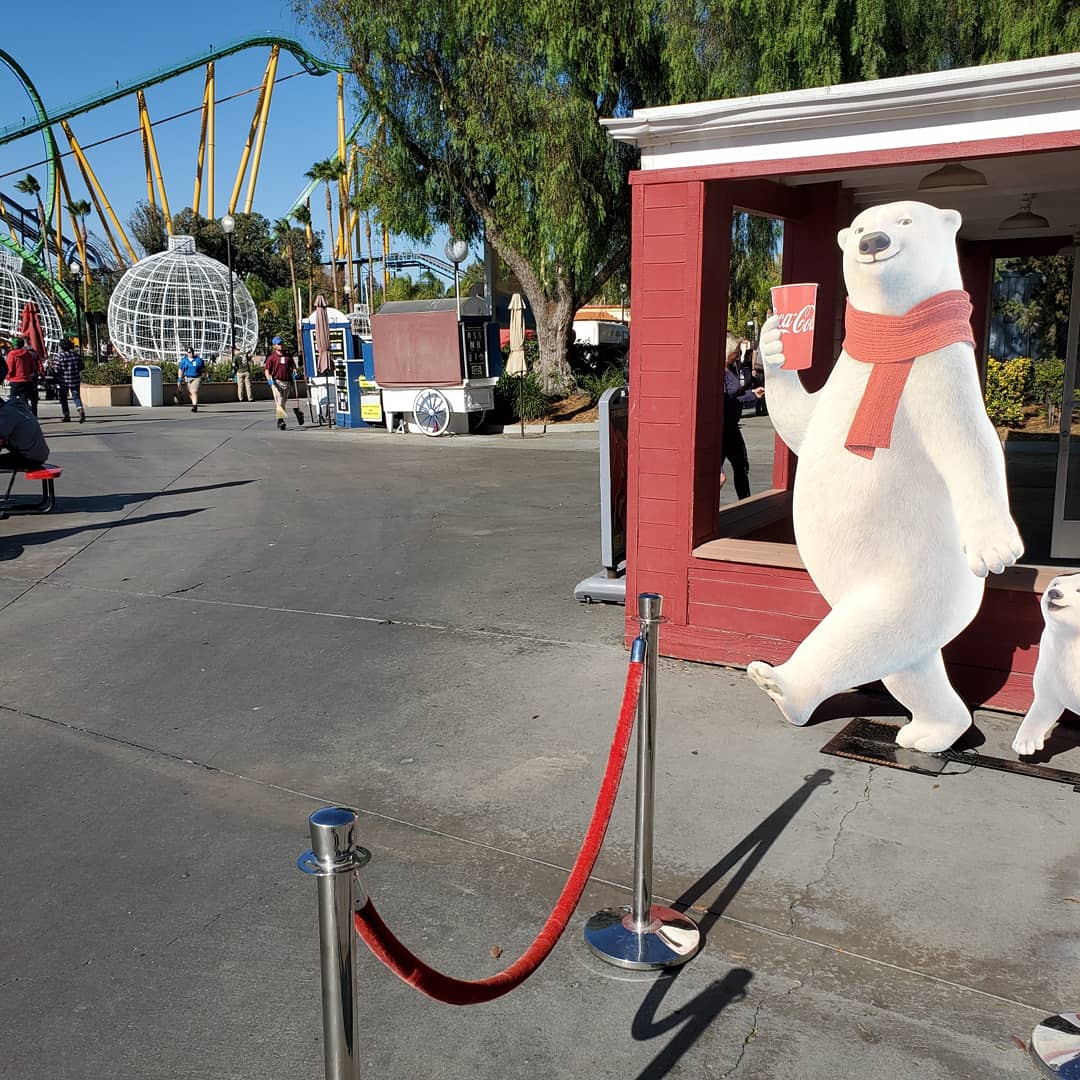 DC Universe’s Rockin’ Universe explodes every 15 minutes with 3 different shows choreographed to holiday music in one of the largest programmed light shows on the west coast. 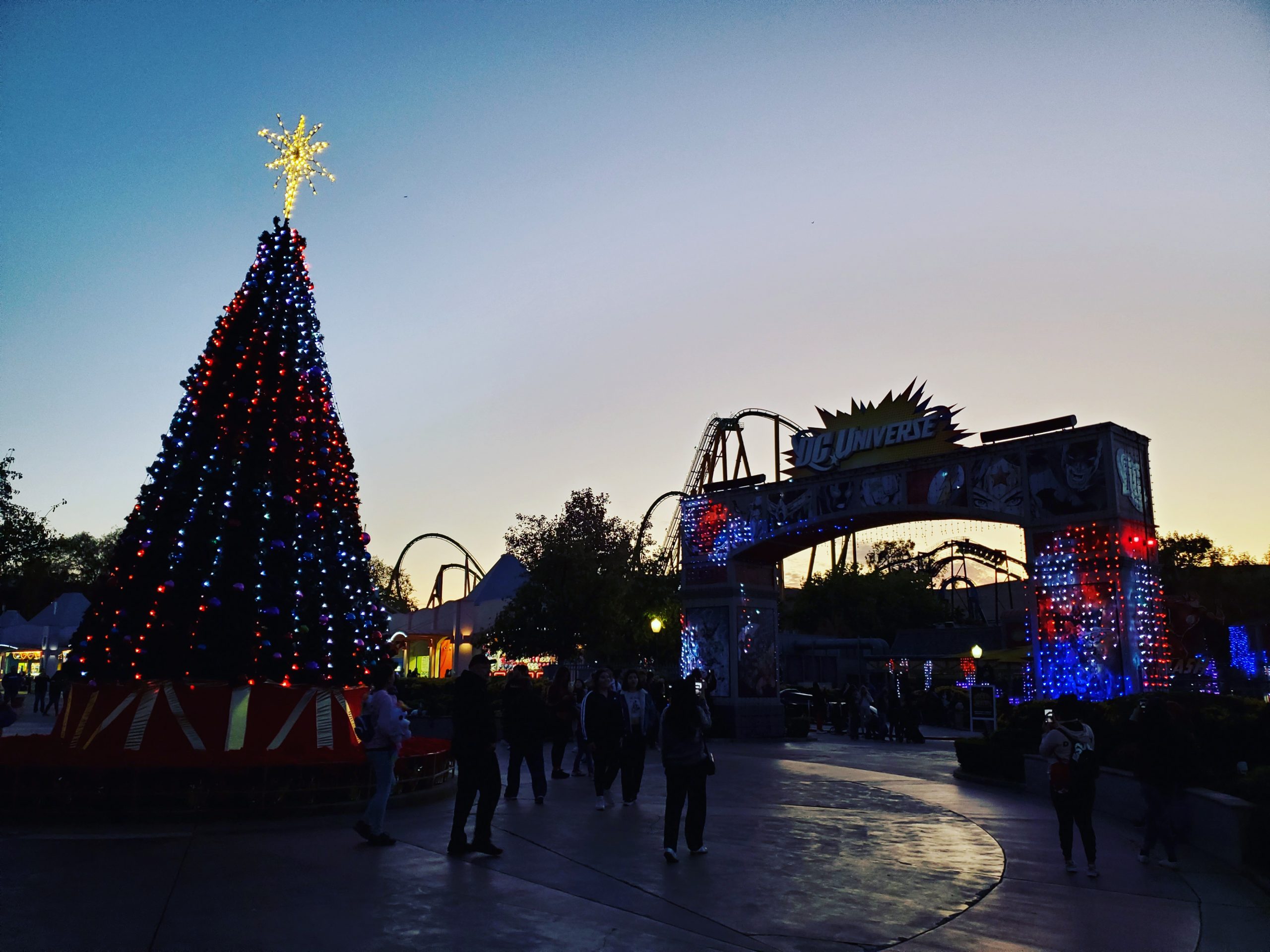 Full Throttle Plaza features live music by The Mistletones, Tinsel Toy Dancers, DJs and more during Snowy Nights. Kwerkmas is not being performed this year, but the cast of roaming holiday characters are around to entertain and take photos with. The Toy Soldier stiltwalker troupe now hosts a dance party in Six Flags Plaza.

On opening day of Holiday in the Park, Superman wasn’t flying and Lex Luthor: Drop of Doom has still not reopened but was testing during the day. On the 2019 Holiday Guide, one of the S’mores Festive Fire Pits locations is in The Underground by West Coast Racers and says it’s open select days. Since West Coast Racers will begin testing soon, these select days should be here before we know it. 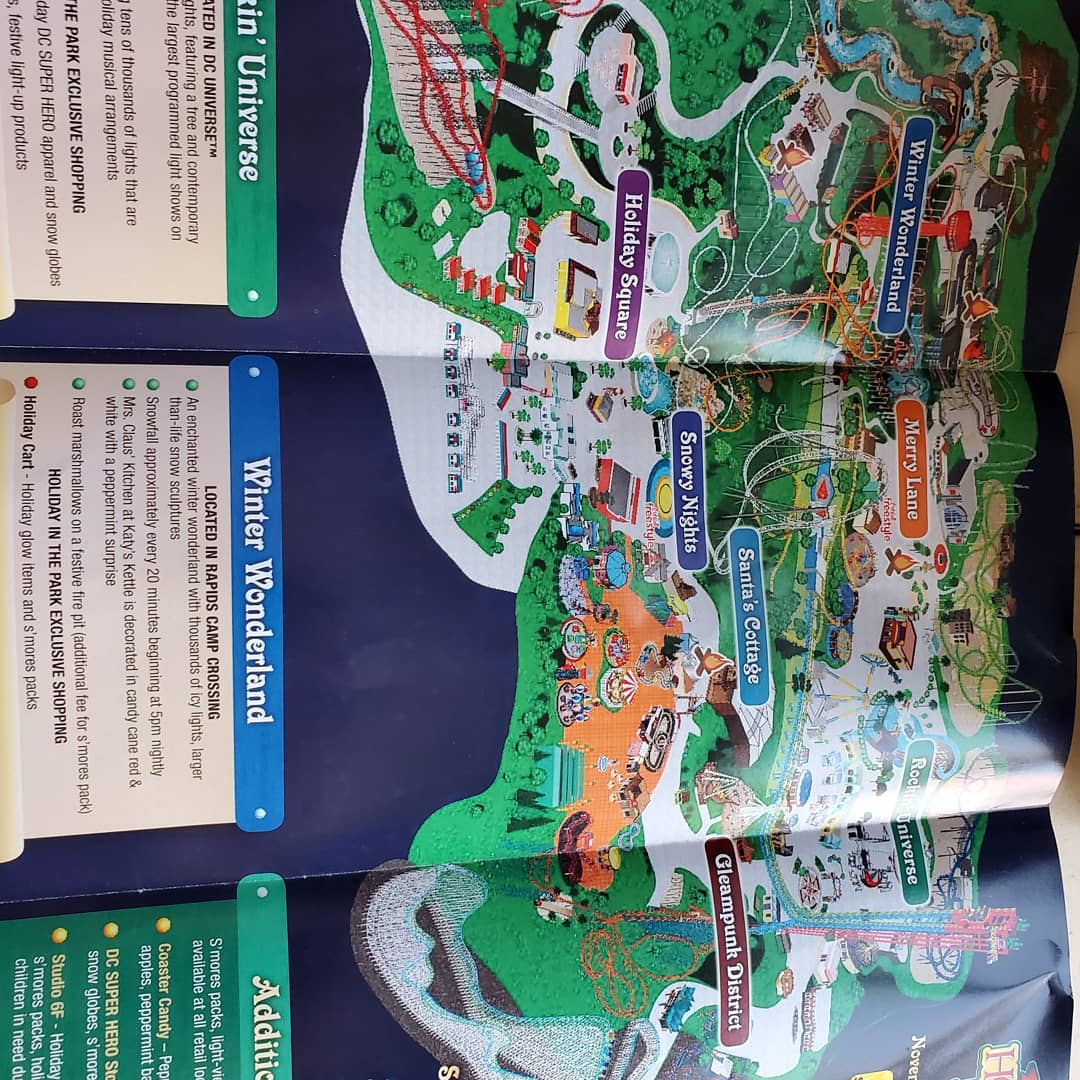 Speaking of The Underground, look for the holiday festivities to take over this area in 2020 along with new holiday decorations throughout the park!  Be sure to check the park’s web site, app, and social media for park hours that vary slightly throughout the holiday season and for any changes in the schedule due to weather. Also, be on the lookout for a couple more surprises coming to Six Flags Magic Mountain before Santa Claus makes his magical journey on Christmas Eve. 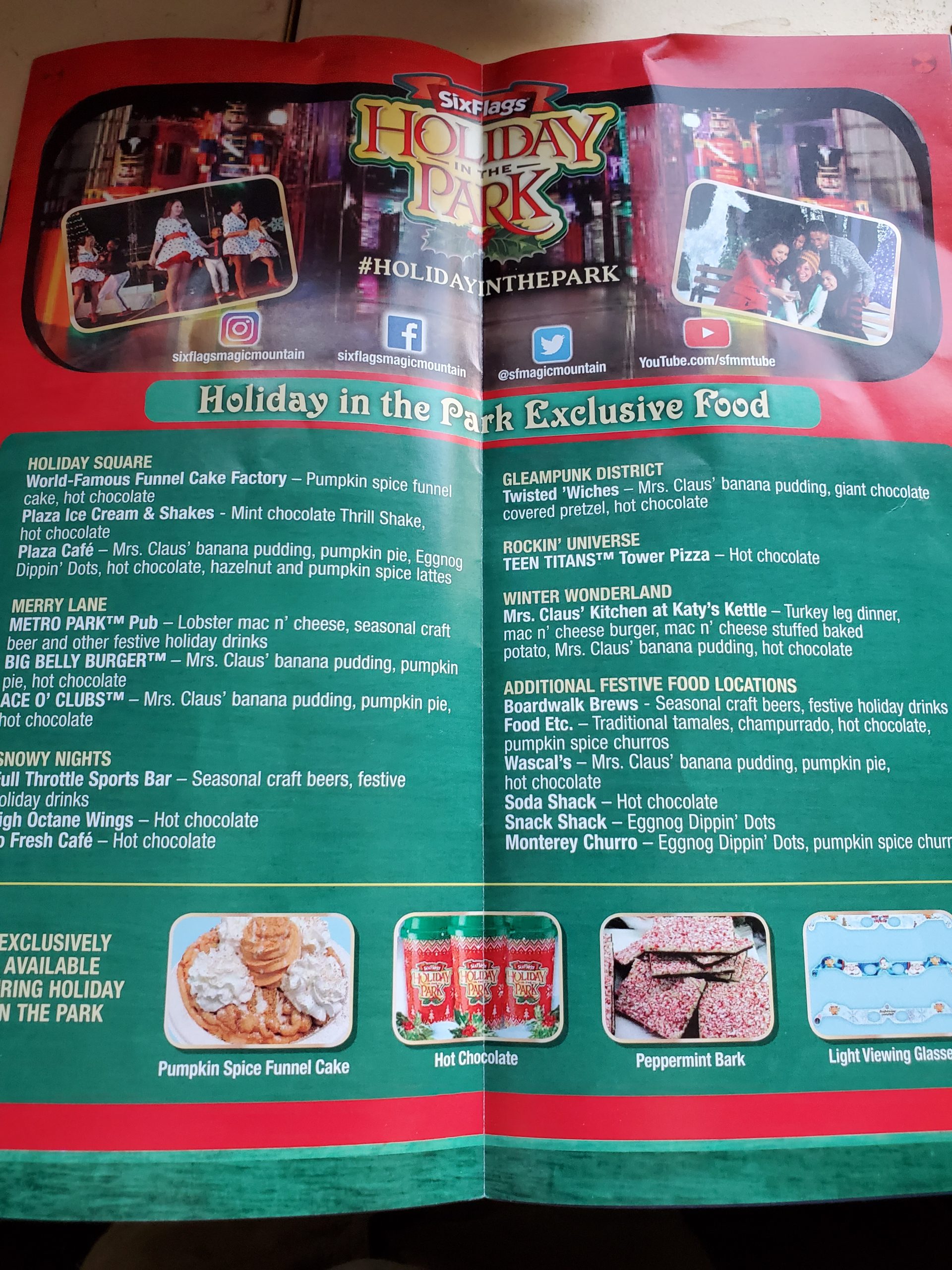 Thank you for checking out this Six Flags Magic Mountain Update! We’ll be back with more soon! 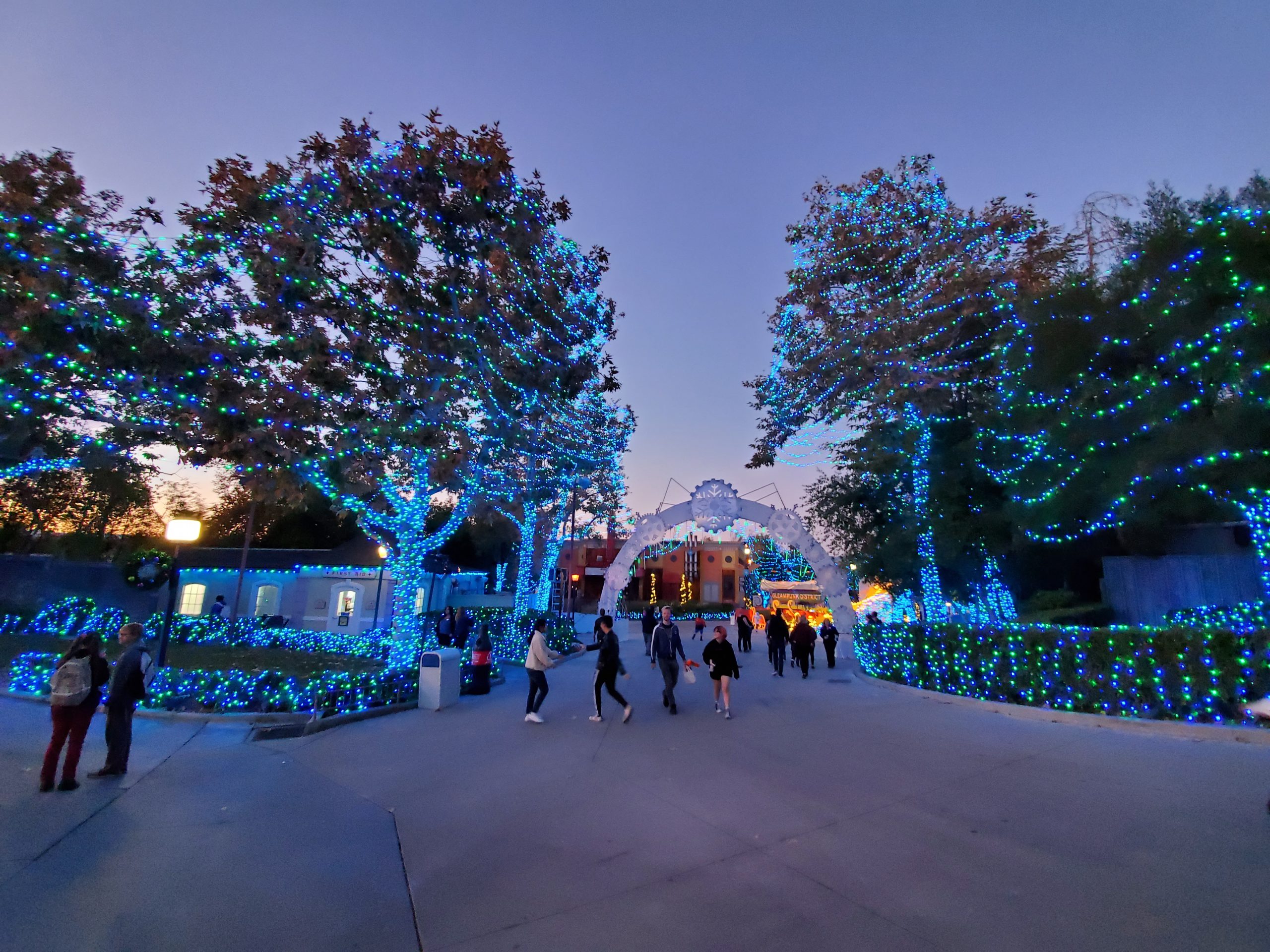 For now check out all of our recent posts and coverage: