Alexnder: Now for something a little different! After a successful day at Chimelong Paradise with some bonus time at Chuanlord Holiday Manor, we spent the evening at the day’s 3rd major attraction: The incredible Canton Tower!

Here’s kind of a bad picture to get us started – I was a little excited so I wasn’t exactly focused (figuratively or literally). At 604m (1982ft), Canton Tower is the 4th tallest building in the World, and held the record for World’s Tallest from August 2009 to March 2011. 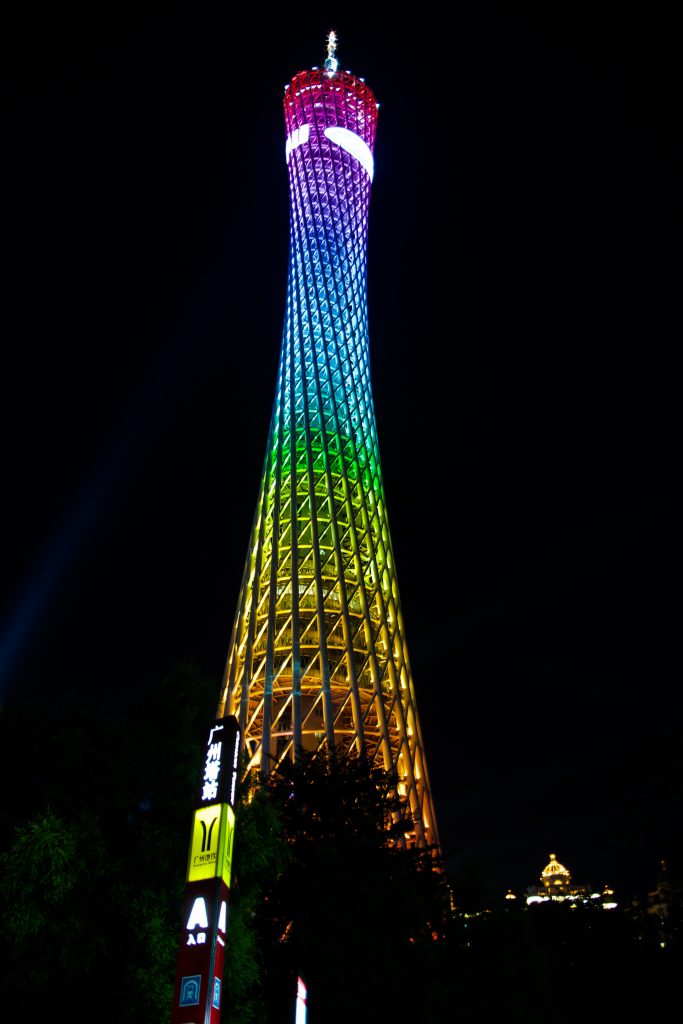 There’s some interesting sponsors in the main lobby, including LG and their LED screen tunnel. 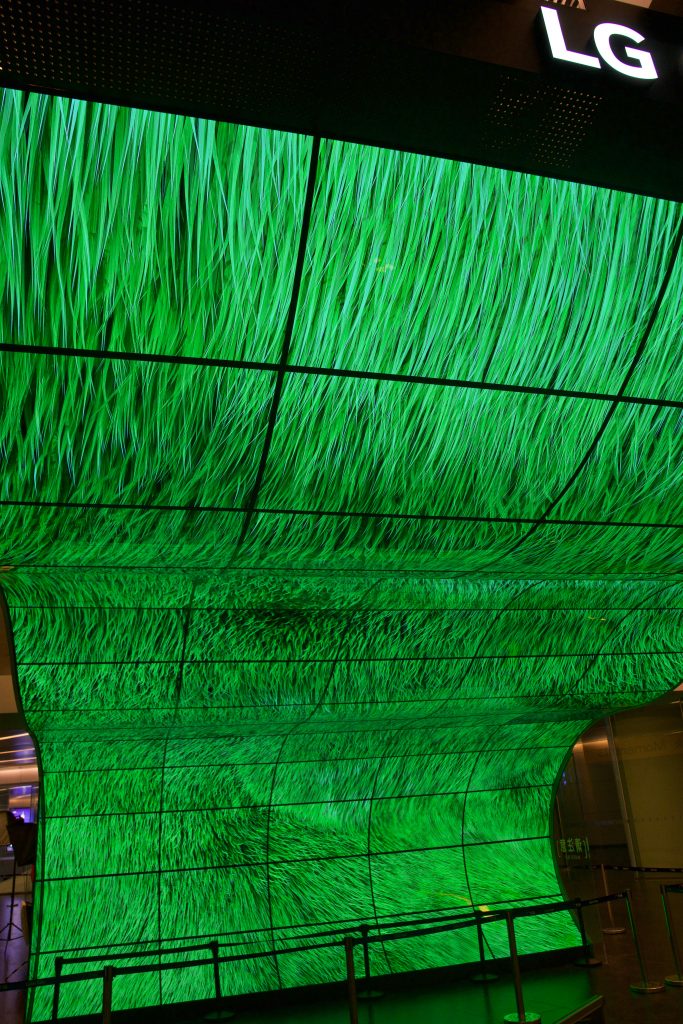 Right away the experience reminded us of the Oriental Pearl Tower in Shanghai, only much more modern. 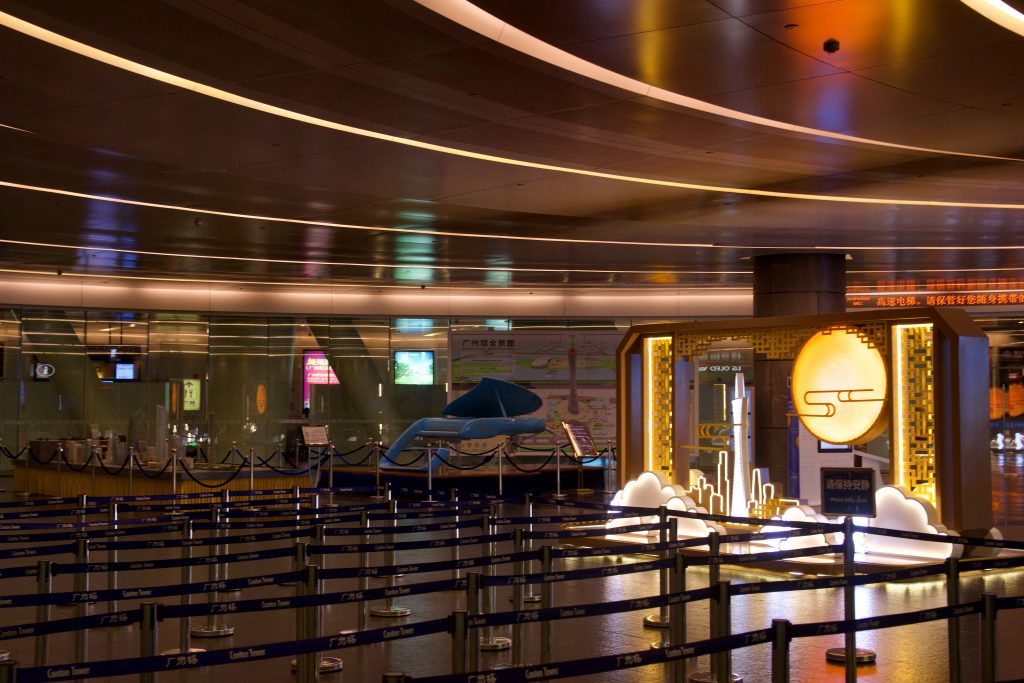 Pricing for entry and the various activities! Activities can also be purchased once inside – I bet you can guess which one we’re doing! 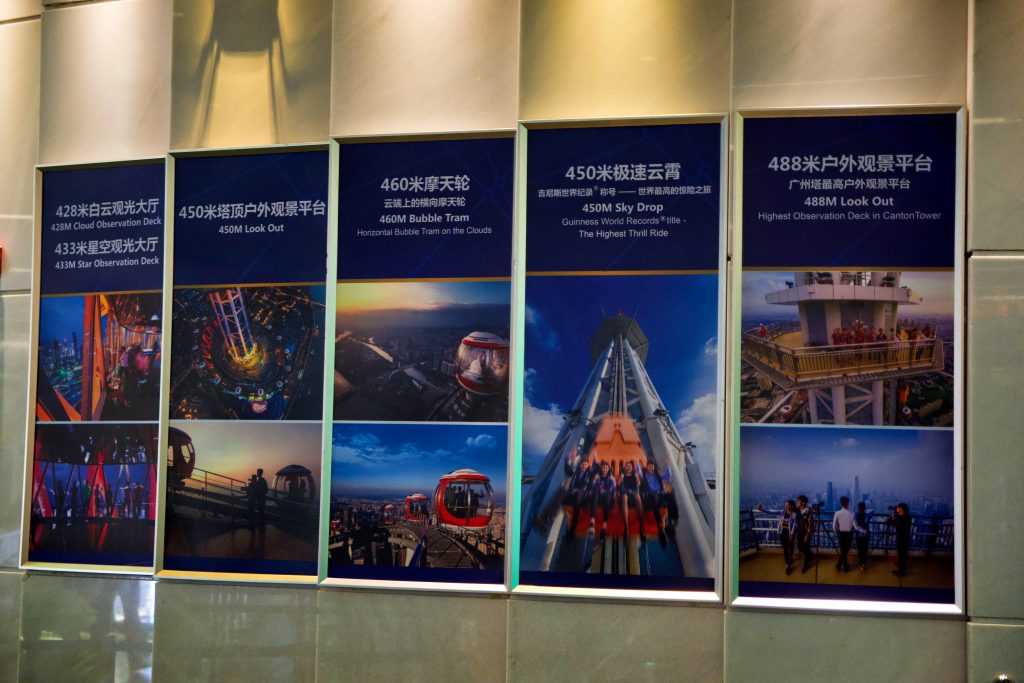 The first two stops are beautiful indoor observation areas, one with a well-lit, chrome-white aesthetic, and one that’s almost completely black with very little lighting (so that guests can take photos through the windows with minimal glare). 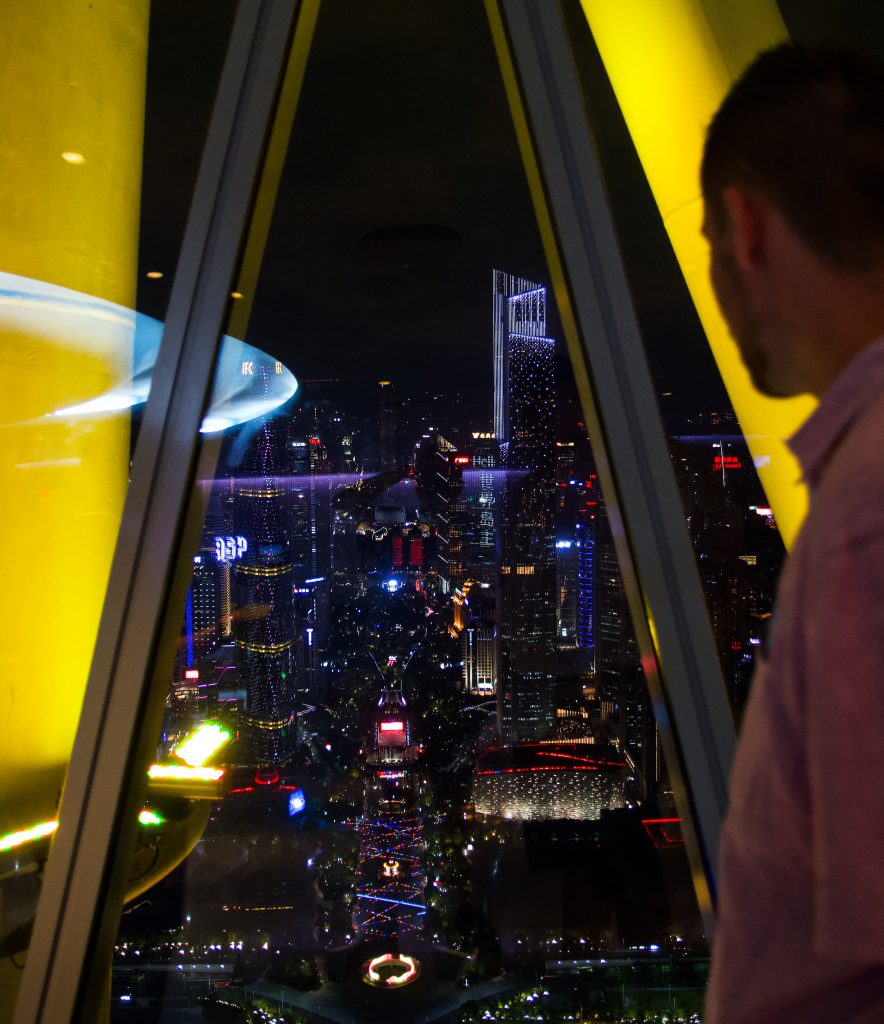 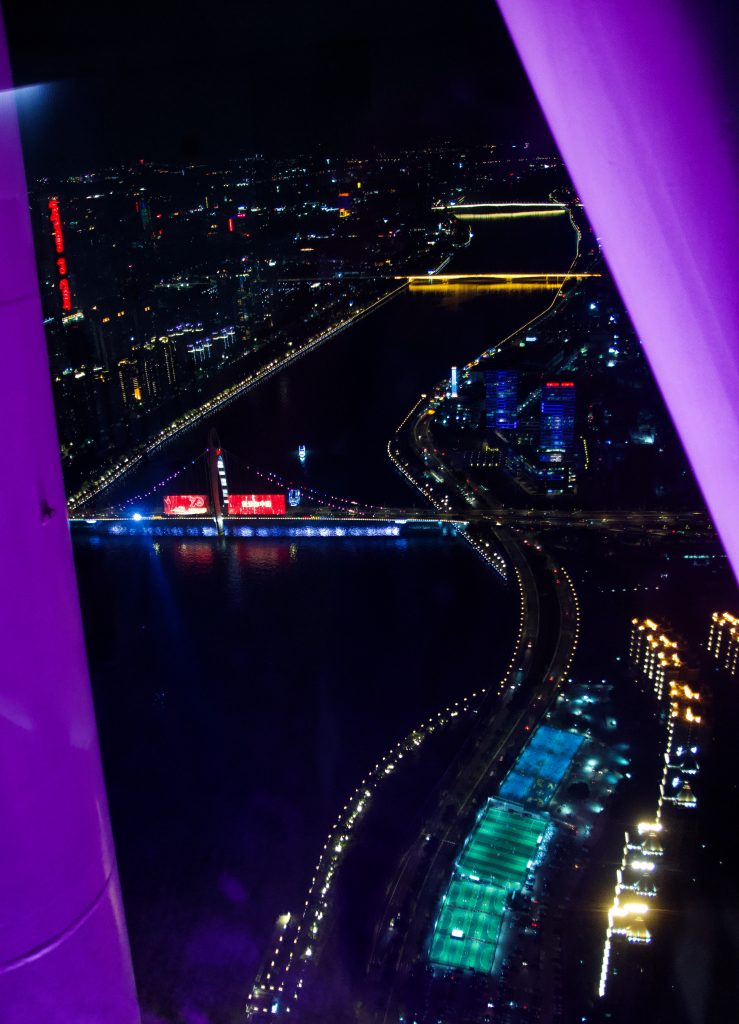 And the souvenirs for the tower are top notch! 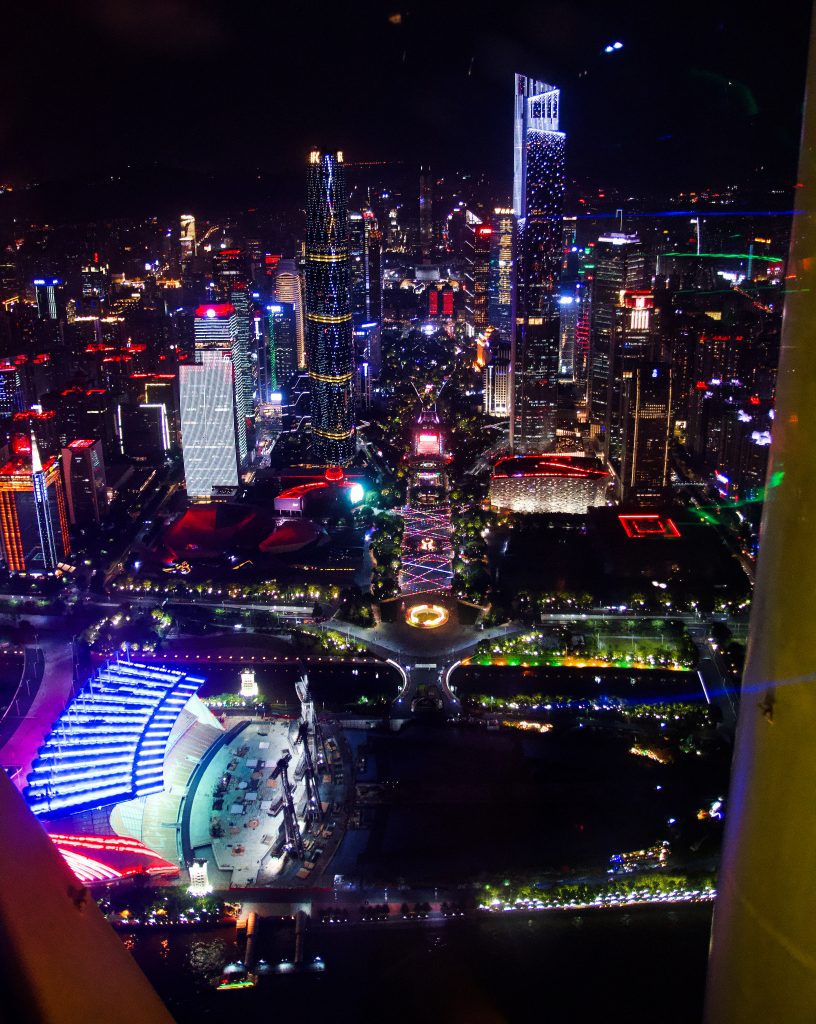 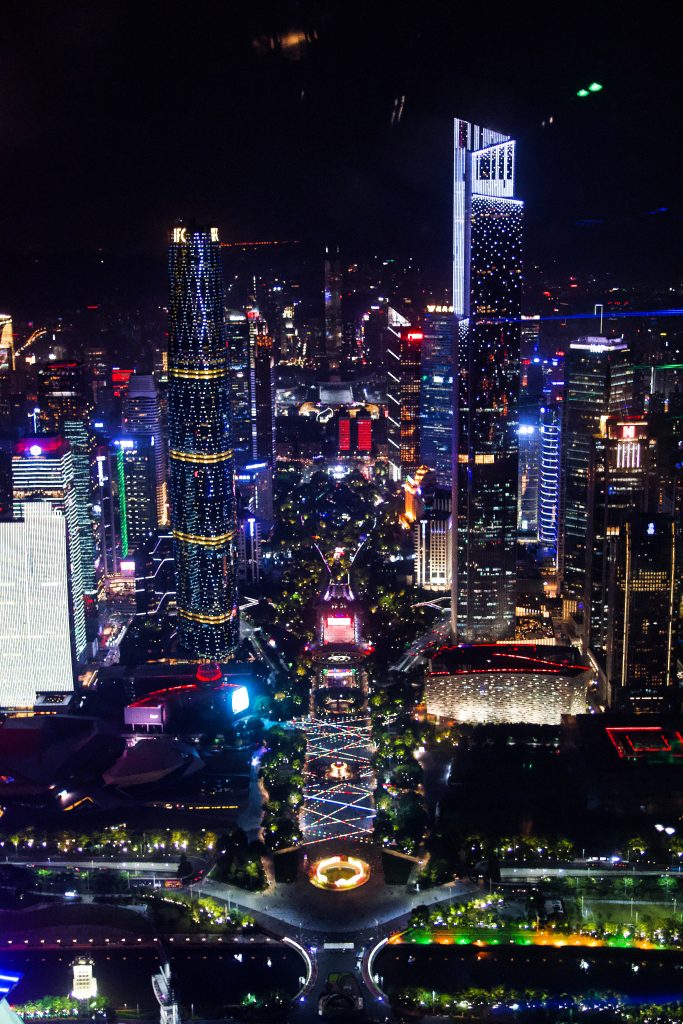 Next we made our way to the roof, which features additional levels of outdoor observation and some very cool rides! 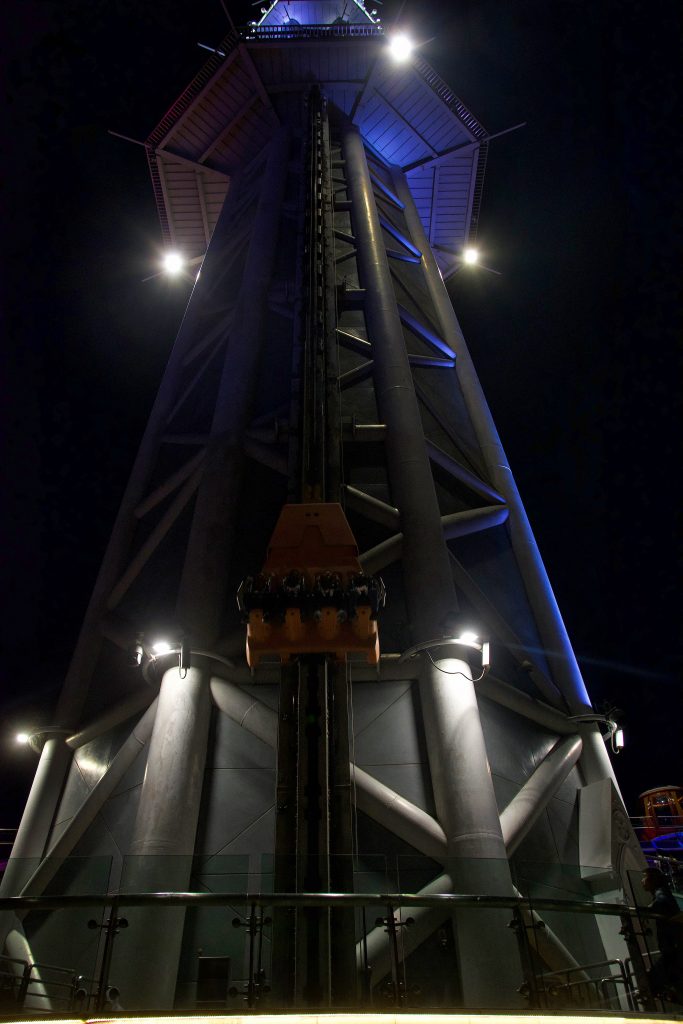 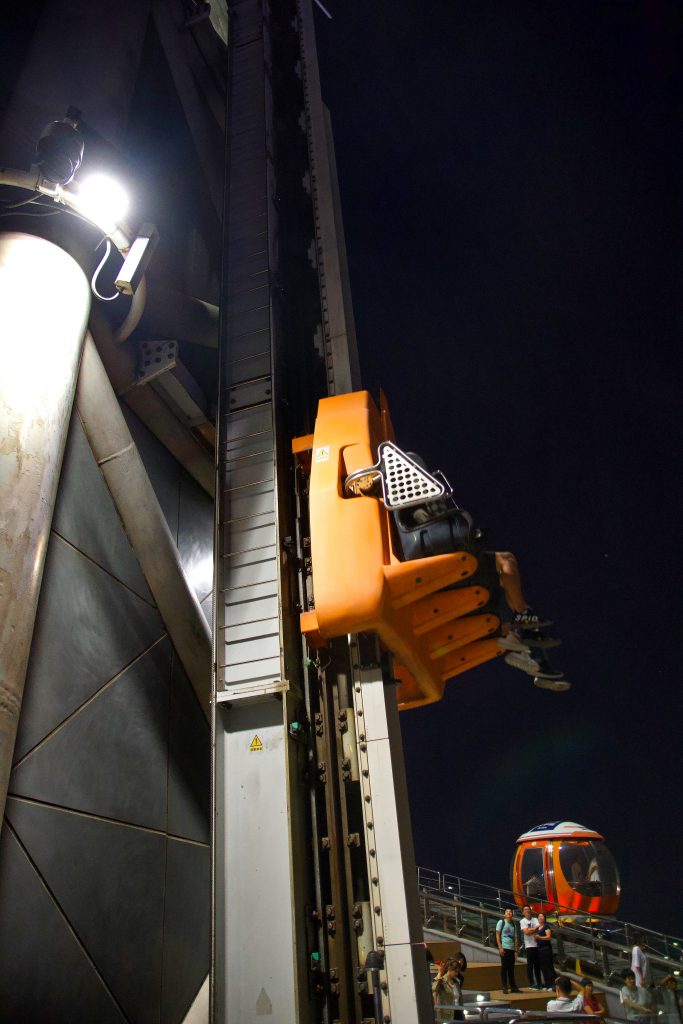 On top of the drop tower is another additional outdoor viewing area (which cost extra, so we didn’t do it), and around the perimeter of the lower deck is the Bubble Tram, which can be best described as a hubless Ferris Wheel on its side. 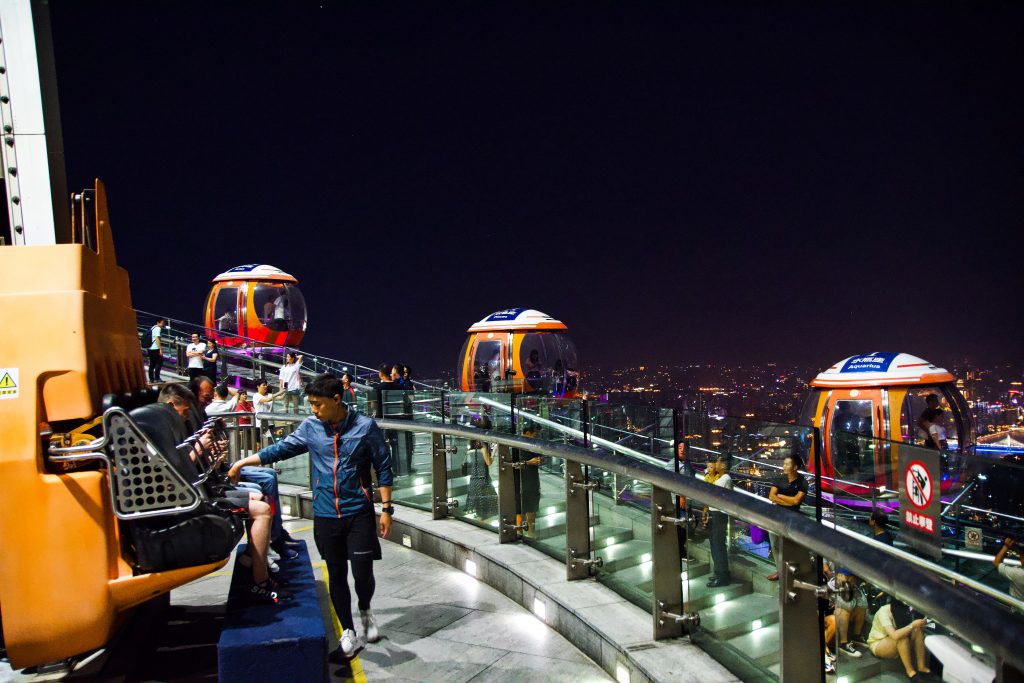 We also skipped the Bubble Tram, but we did do the drop tower twice because it is SO GOOD! Also it had no line! 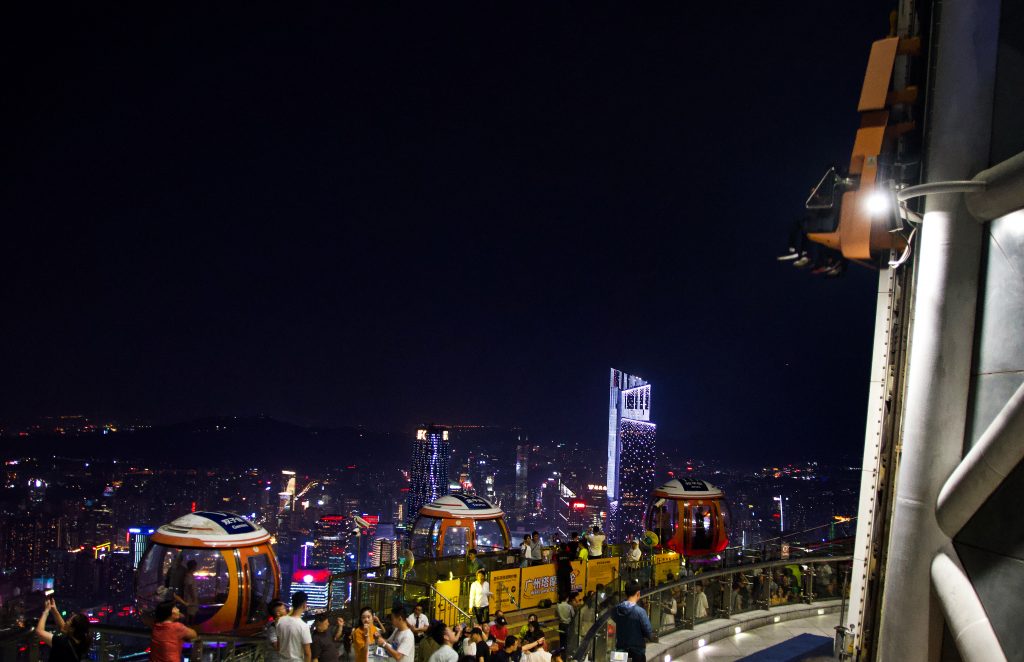 The sitdown side of the Giant Drop has the best view – on the opposite side there was a floorless car that wasn’t operational on our visit. 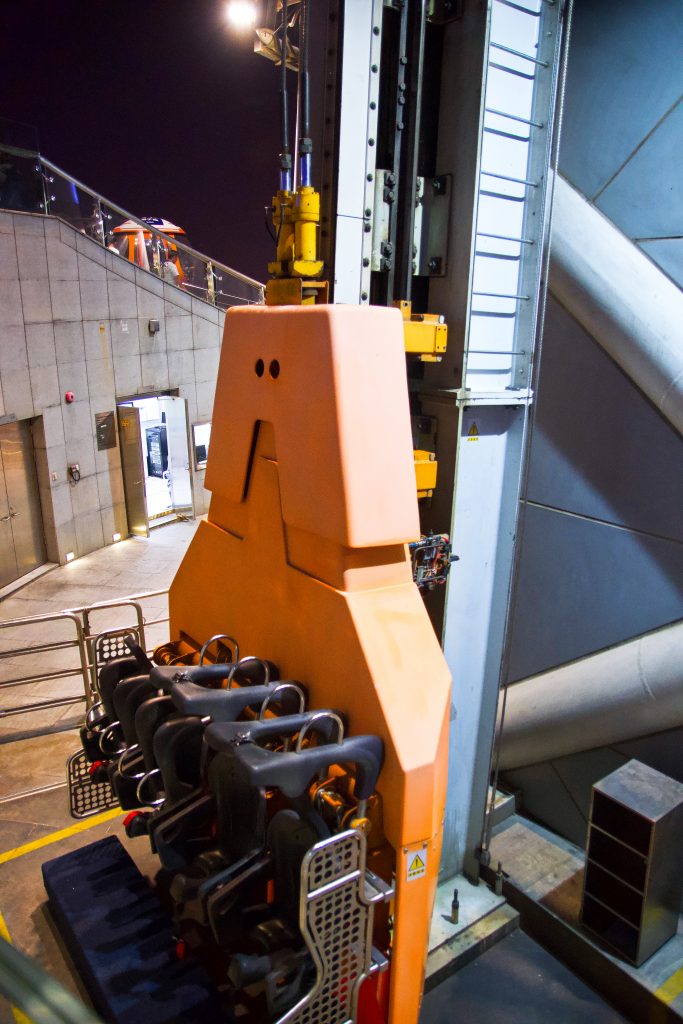 What’s interesting about this Intamin 2nd Gen is that it’s installed on a very slight slope – because of the tapering of the Canton Tower’s “antenna,” the drop isn’t actually vertical.

It’s harder to tell in photos, but riders on the Giant Drop actually fall at an angle closer to 89 or 88 degrees. Totally odd, but makes the ride no less amazing! The drop itself has a nice rip to it despite being only about 100ft, and of course the views are breathtaking.

Back on the ground, we got some better shots of the tower itself! Here’s Sean for a size comparison: 2 meters vs 604 meters! 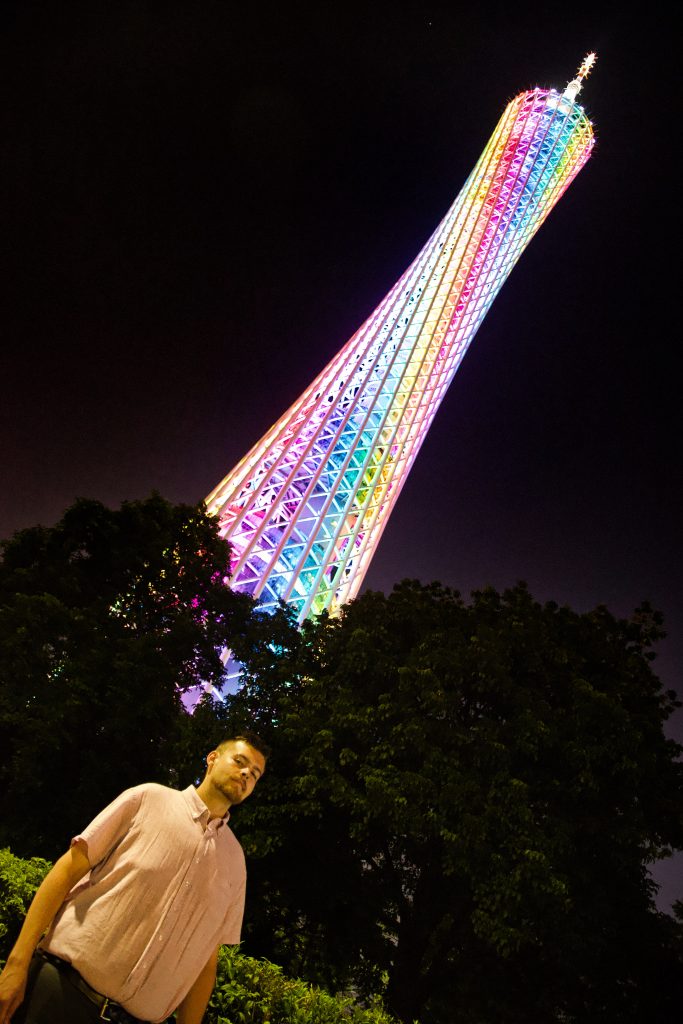 After some trial and error with various shutter speeds, I found the sweet spot for photographing the tower’s beautiful lights! 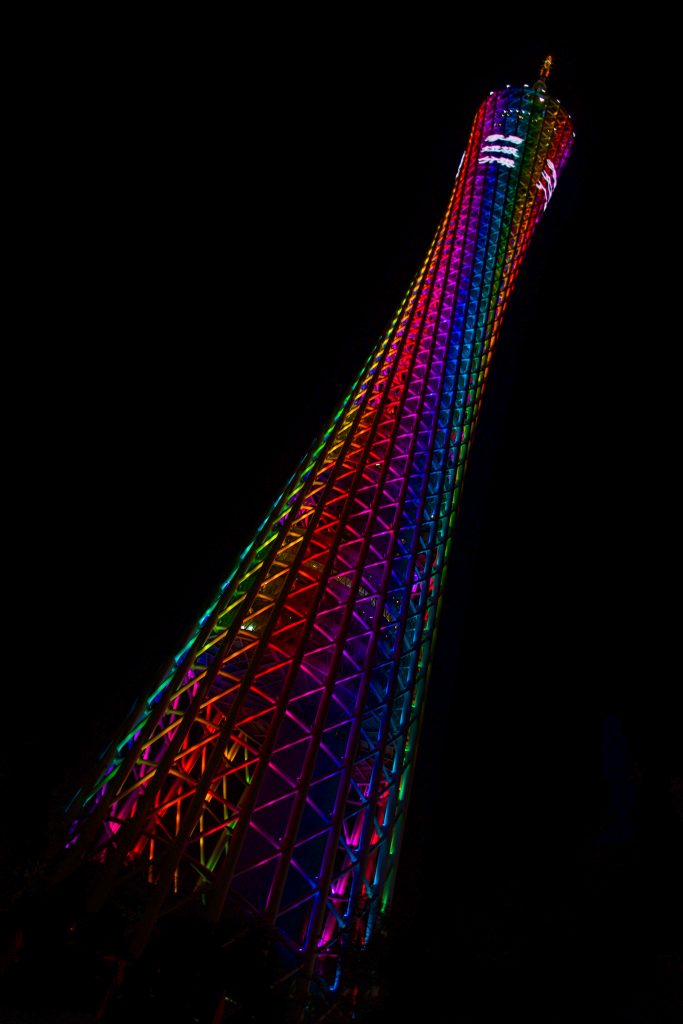 Of course, I forgot to adjust the shutter speed for this photo of our dinner, so enjoy this grainy-but-still-cute shot of Sean! McDonalds in China is amazing, by the way; waffle fries and ice cream boba floats!! 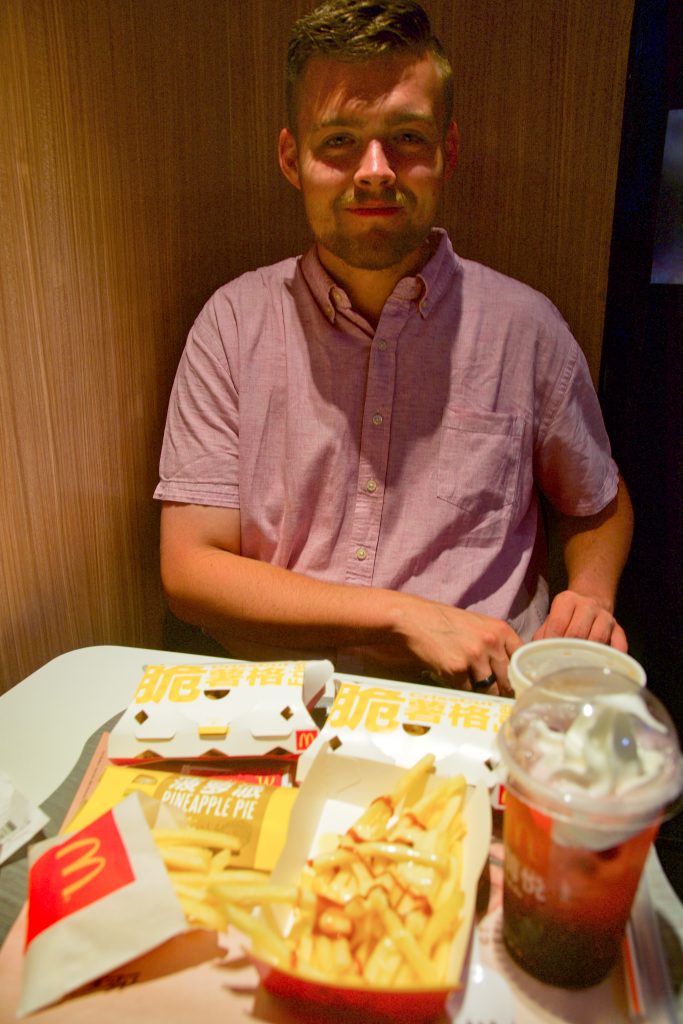 That concludes our first day in Guangzhou! Tomorrow we visit THE ONE, THE ONLY: CHIMELONG OCEAN KINGDOM!!! Are you ready???

China’s got so much more to offer! Check out these recent China reports and podcasts: