Sean: I don’t think I was ready. Ready to be in awe around every corner. Ready to be flabbergasted by record breaking attractions and truly amazing shows. Ready to give a park such high praise upon the first visit. Our visit to Chimelong Ocean Kingdom was eye-opening. Chimelong created a product no other company has even gotten close to – join us at our new favorite theme park on Earth.

Chimelong Ocean Kingdom is the 10th most visited theme park in the world, and the highest performing park that isn’t Disney or Universal. To put the ranking in perspective, both of Universal Orlando Resort’s theme parks have lower attendance than Chimelong Ocean Kingdom. The numbers seemed outrageous to me – 5 years old and already an attendance of roughly 11 Million visitors a year. What do they do so well?

The park, located about two hours south of China’s third largest city, Guangzhou, has a world-class collection of entertainment, coasters, animal exhibits and is located in a lush bay to make one of the country’s largest entertainment resorts. The park is part of the Chimelong International Ocean Resort complex, which is also home to several large hotels and is a short 30 minute drive from nearby city center of Zuhai. As of right now, the resort is home to one theme park that holds several impressive records. In 2020, the world’s largest indoor theme park will open right alongside that will break the records already set by Chimelong Ocean Kingdom.

This report will be an absolute beast, we’ll have details and pictures for days! The report took a while to compose, and is laid out a bit differently than usual. We’ll go by each area of the park and finish with the award winning Ocean Resistance nighttime spectacular that sealed the deal: Chimelong Ocean Kingdom is our favorite theme park. This park has impressed us in ways unimaginable, and there are no excuses for any other major destination theme park to ever cut corners again.

The entrance to the park features a unique kind of “main street” that is actually a giant manta ray. The bottom of the ray (ceiling) is a giant LED screen that simulates entering the ocean with a multitude of different artistic videos. The entrance is also home to the park’s gift stores, some restaurants, guest services, etc. 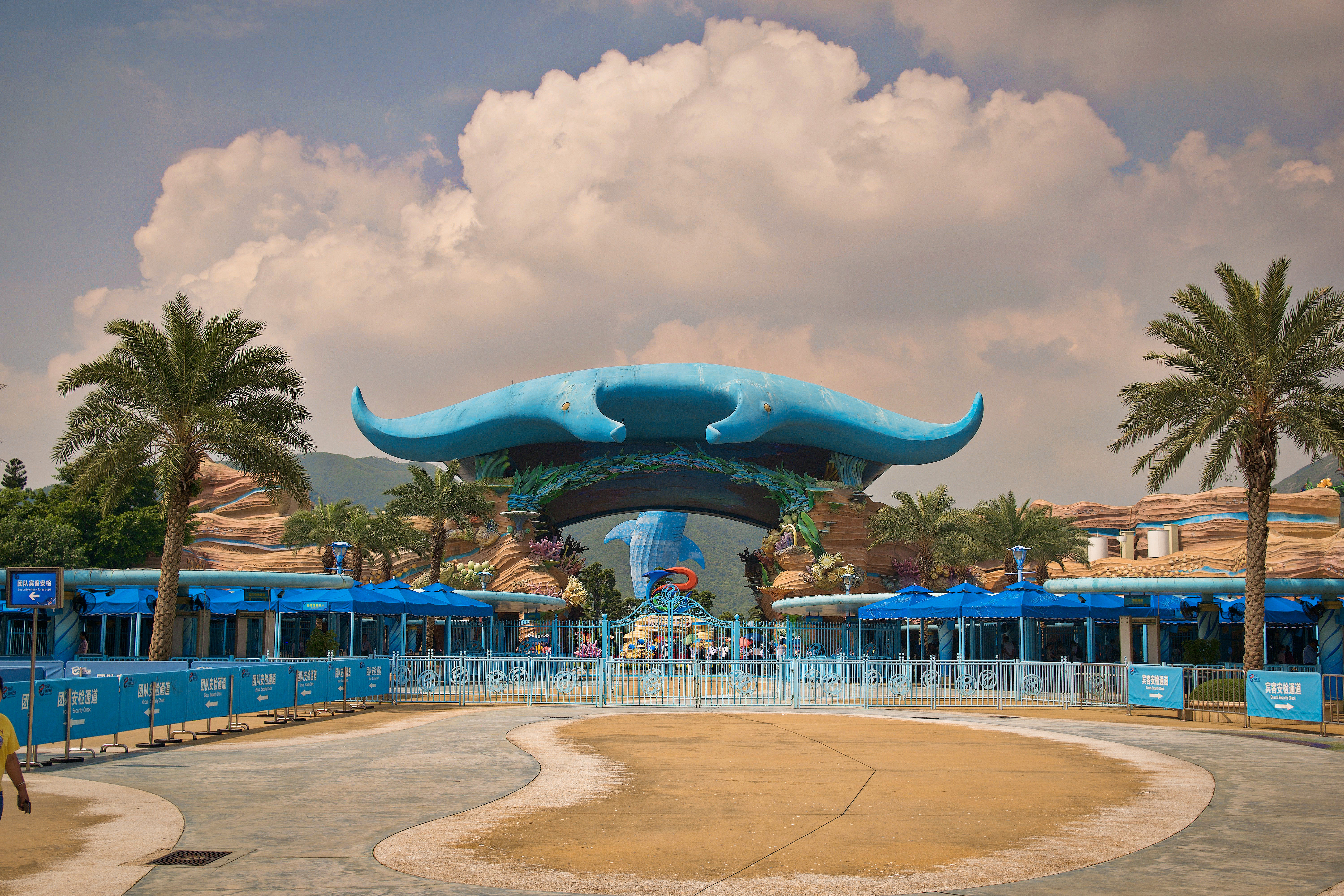 The entrance also features a beautifully landscaped coral display with the park’s logo in statue form. I was excited for the photo-op, but at this point I was unbeknownst of the amazing park behind me. 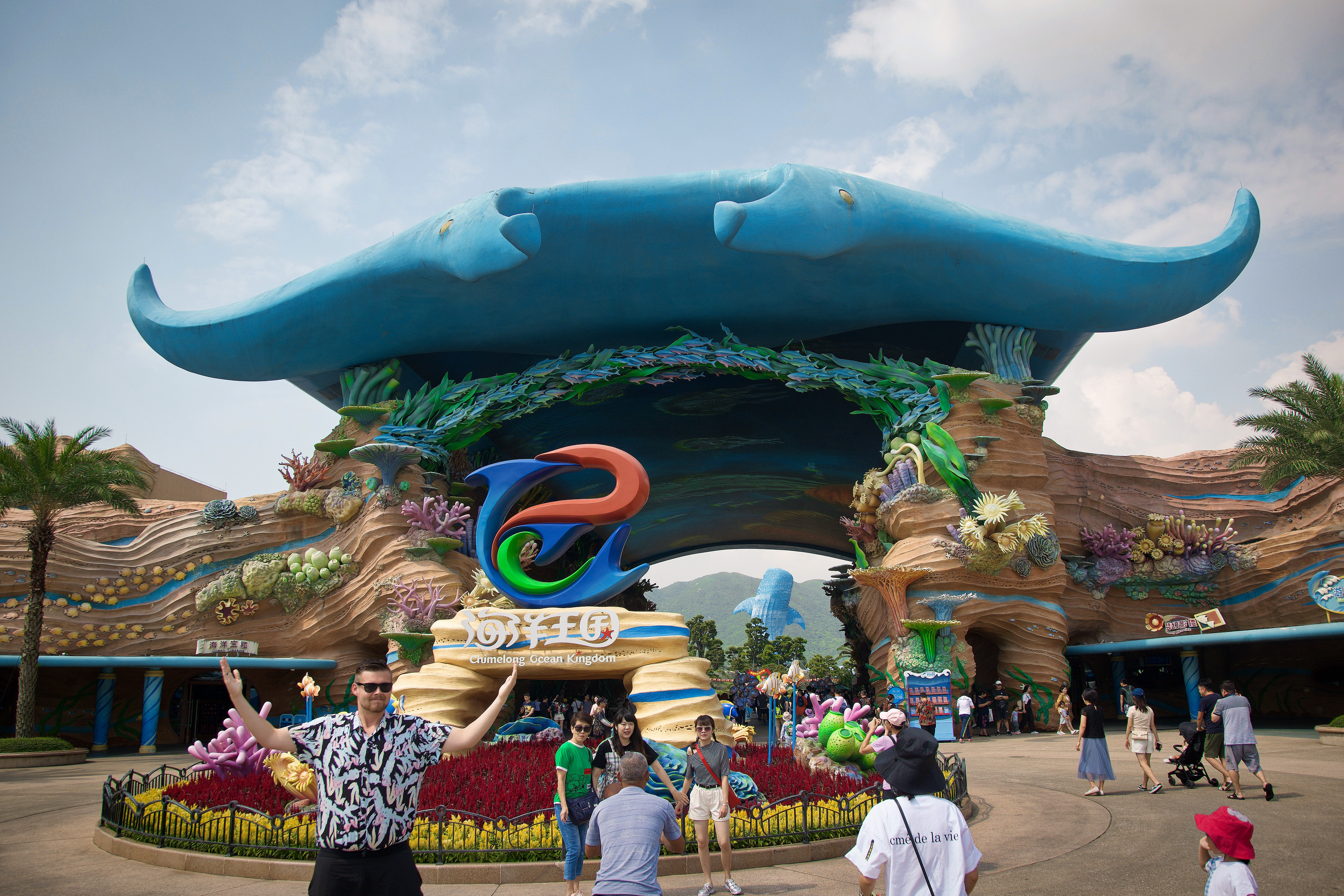 The park prides itself with many dining, snacks, and drink options. All over the park, special drinks and delicacies can be enjoyed. We spent our lunch at the park’s Ocean Avenue restaurant with great service, awesome view of the park, and many options including several vegetarian options. 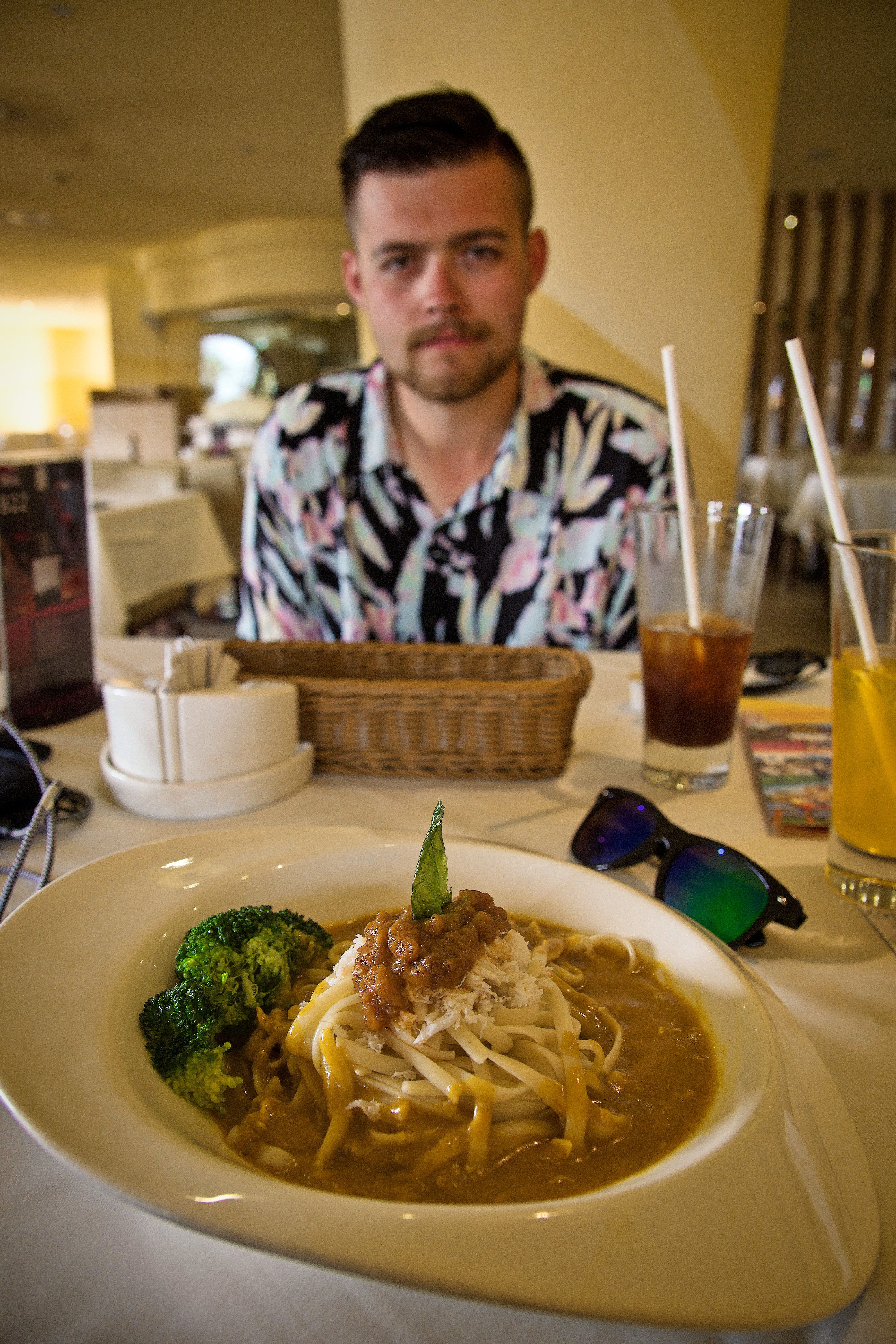 Ocean Avenue leads up to the park’s Hengqin Ocean lagoon, around which the park’s parade route can be found. We got a great view from the detailed and long parade right from the restaurants. 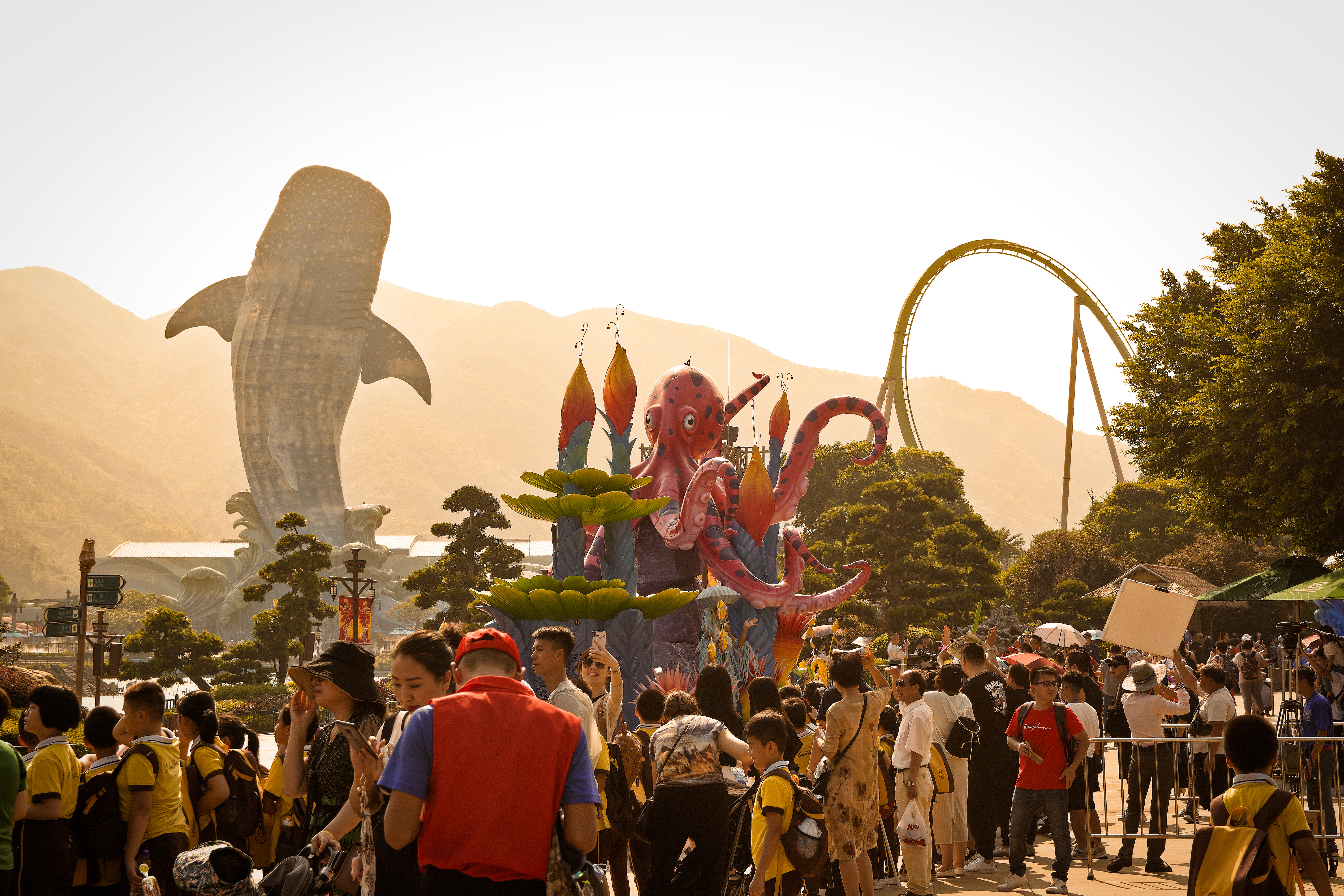 Of course the themes for the parades are ocean-related, many directly referencing areas, attractions and rides at the park. 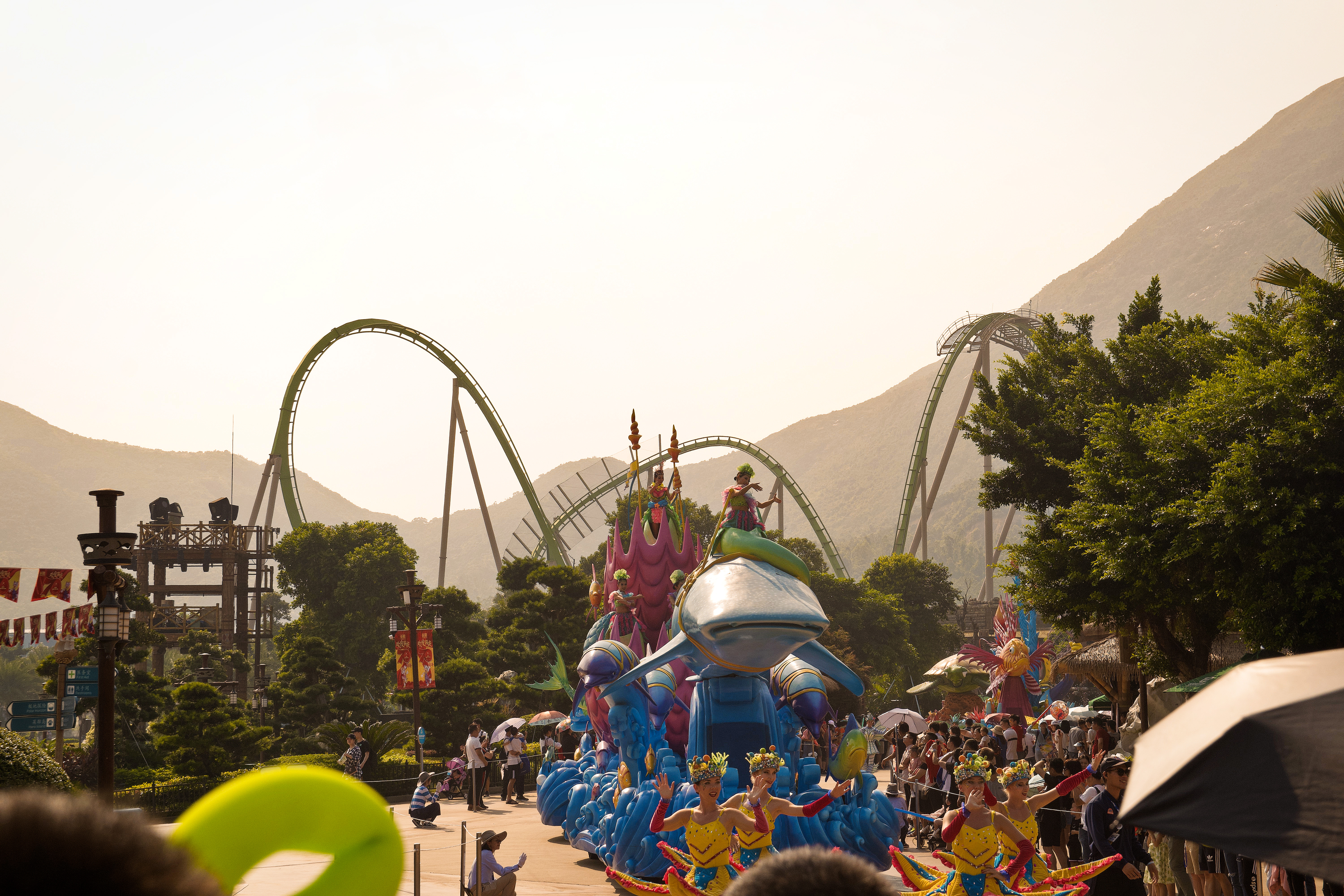 After venturing through Ocean Avenue, we’re taking a right to Dolphin Cove. A unique area that Chimelong Ocean Kingdom created to display all types of different dolphins. The area is home to several flat rides, animal exhibits, restaurants and shows, including the park’s sandcastle-themed 5D show as the entry to the area.

Unique to Chimelong Ocean Kingdom is their Chinese White Dolphin exhibit. Two of these rare species call the exhibit their home. The exhibit has an above water section and a below water section that offers a beyond 180′ degree surround view. The exhibit is a great start to the area. 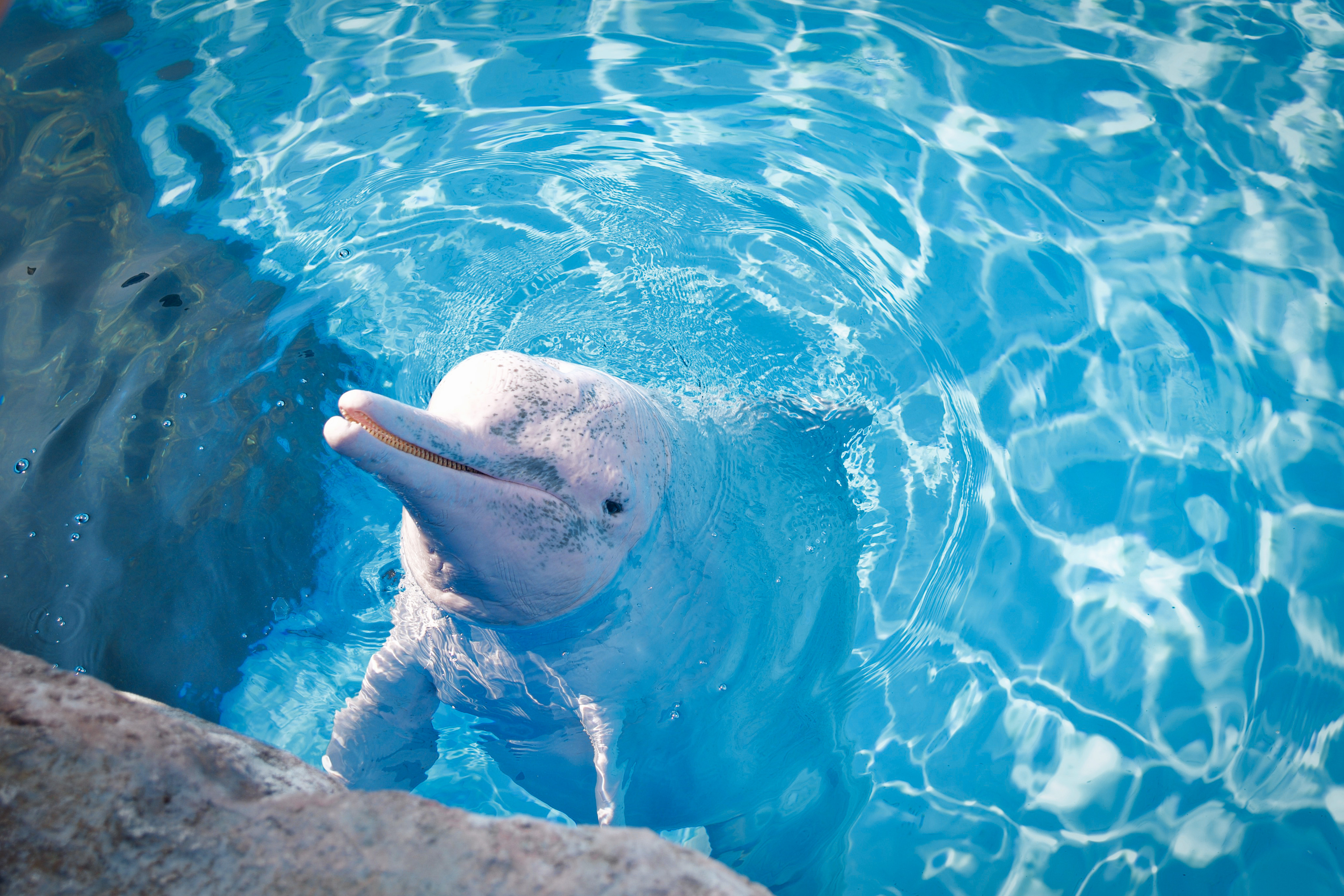 An educator can be found both above and below the surface that can answer all your questions and will interact with the animals as well. 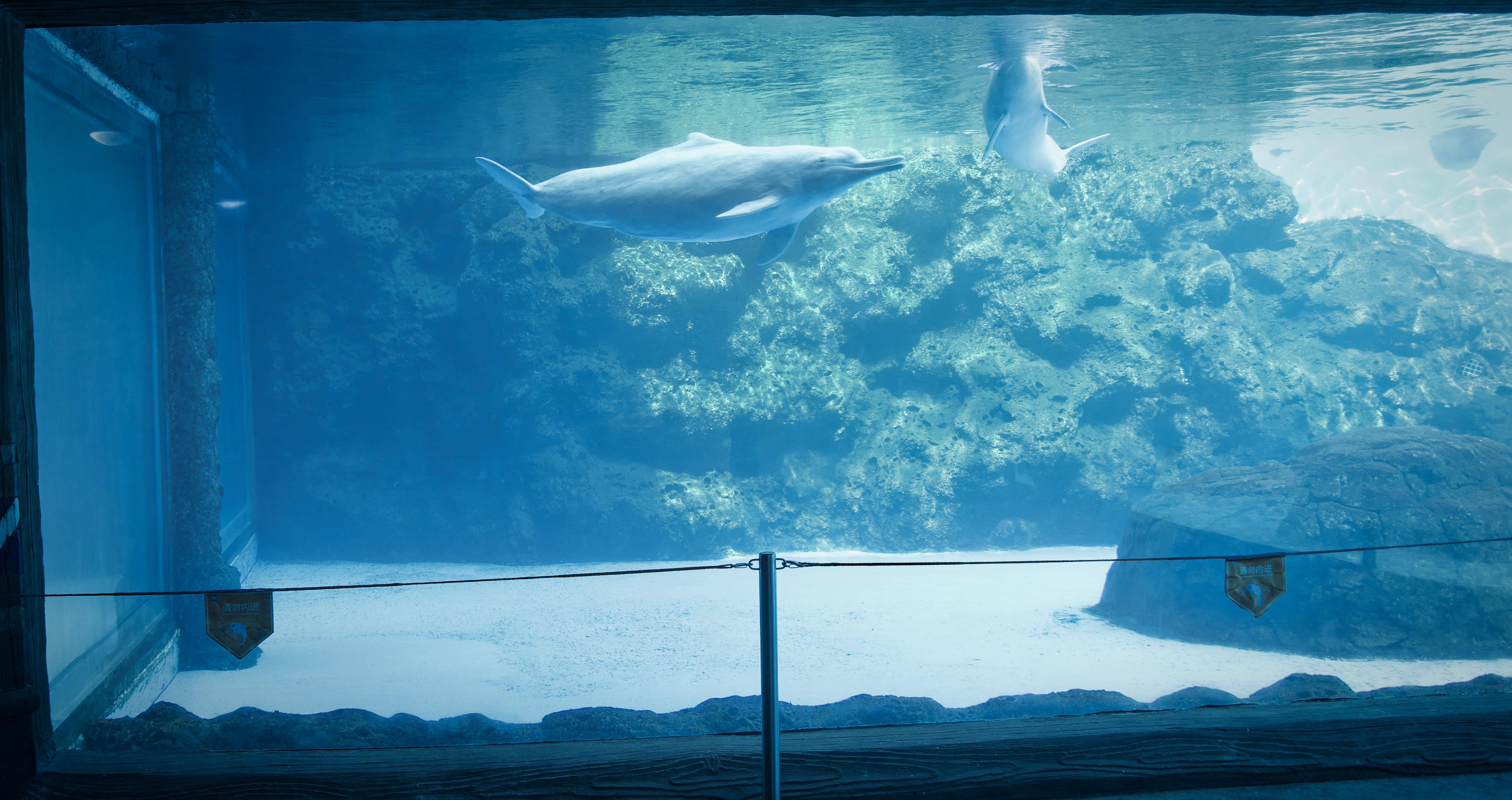 Beyond the area’s two dolphin themed flat rides, the next exhibit on our list is the Pacific White-Sided Dolphin Exhibit, home to a nicely-sized pod of dolphins that are just as much fun to see moving around rapidly from above as below the surface. 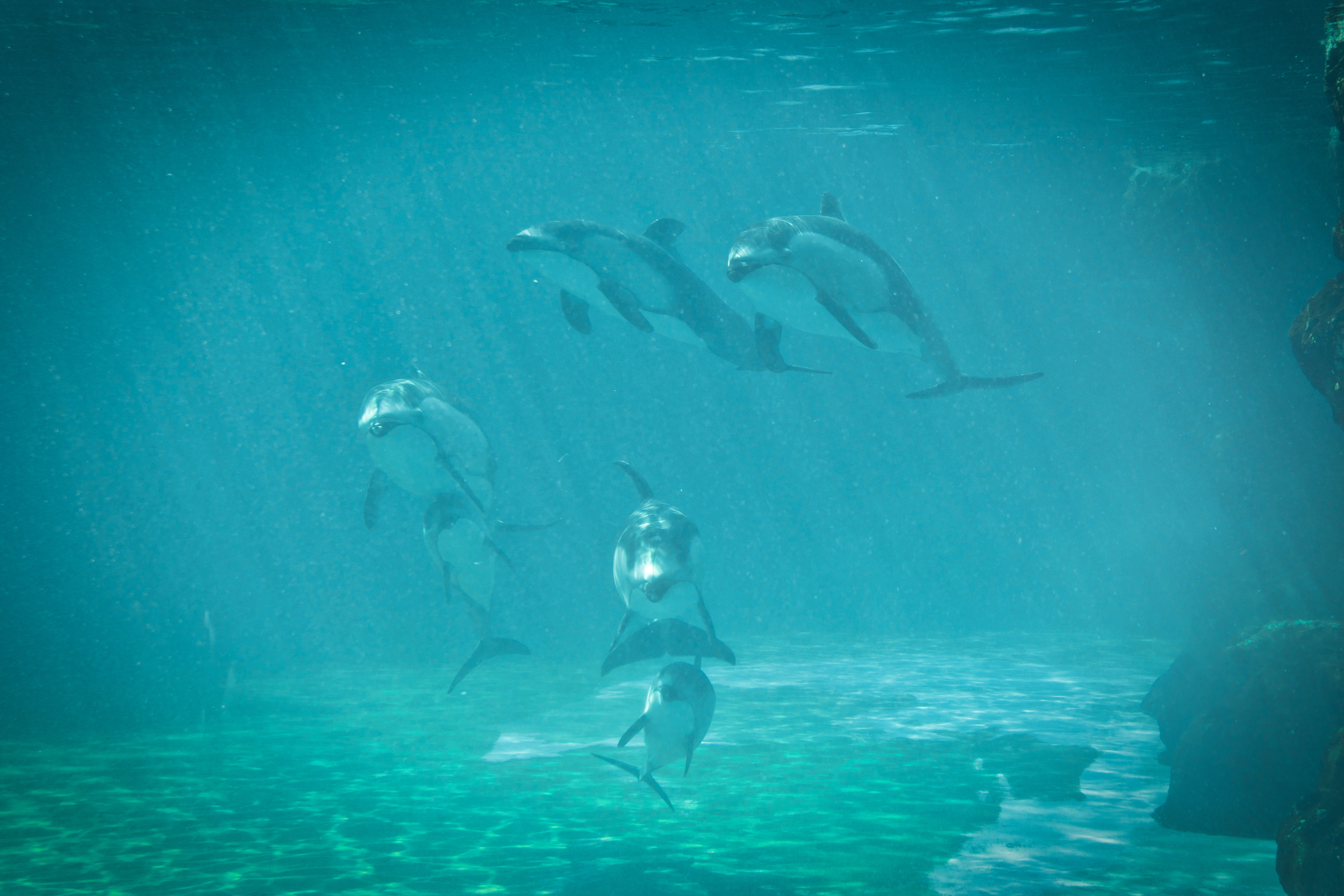 We were just in time for the park’s Bottlenose Dolphin show, located at the giant stadium that’s hidden behind the gorgeous foliage and landscaping that can be found in the area. The park’s Parrot Coaster wing coaster actually flies close to the stadium and the landscaping from Dolphin Cove seamlessly blends with that of the Amazing Amazon. 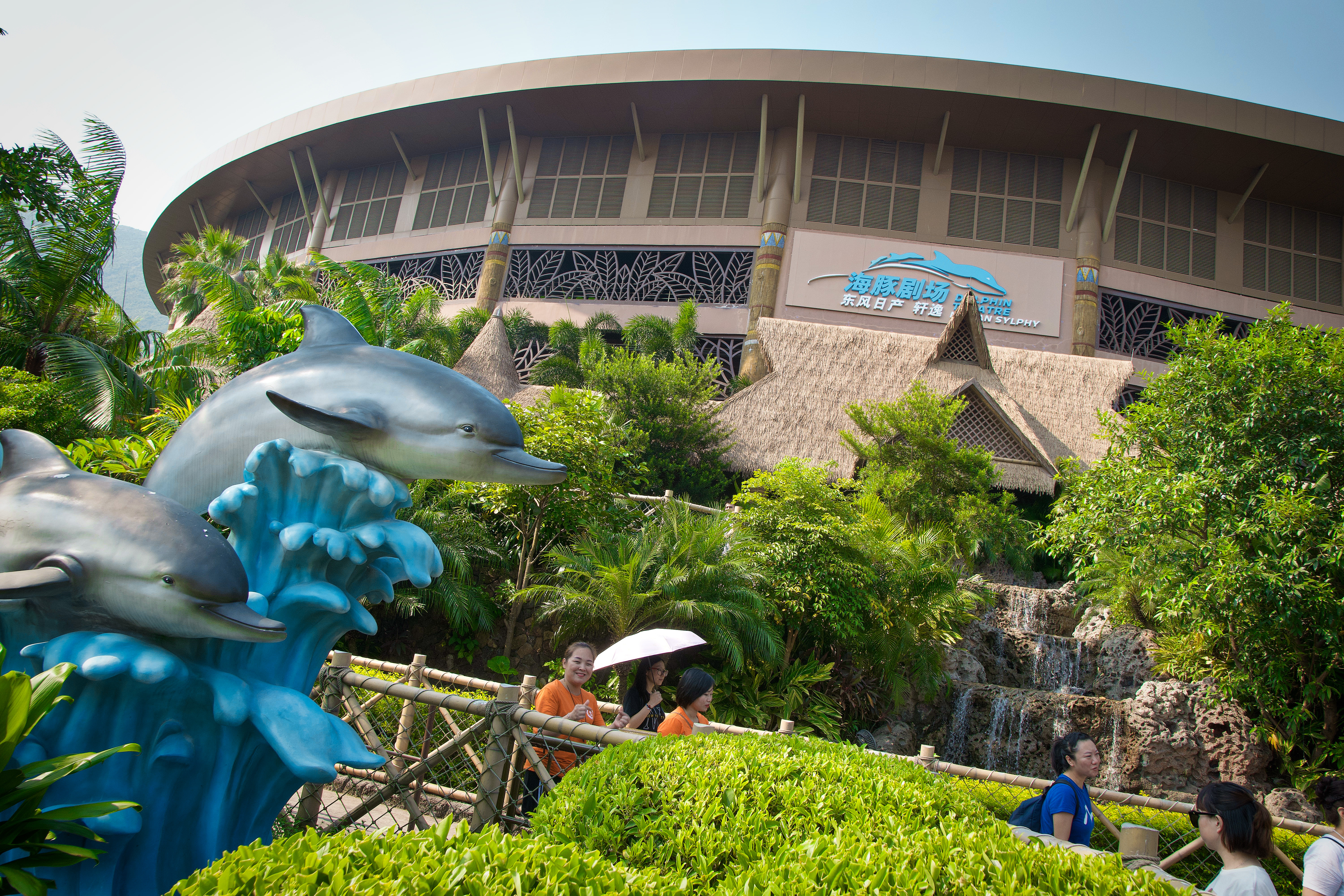 The park’s educational pre-show was then met with a very fun and well-paced show. The show explains the natural cycle of weather in the tropics. With the use of dolphins, of course. 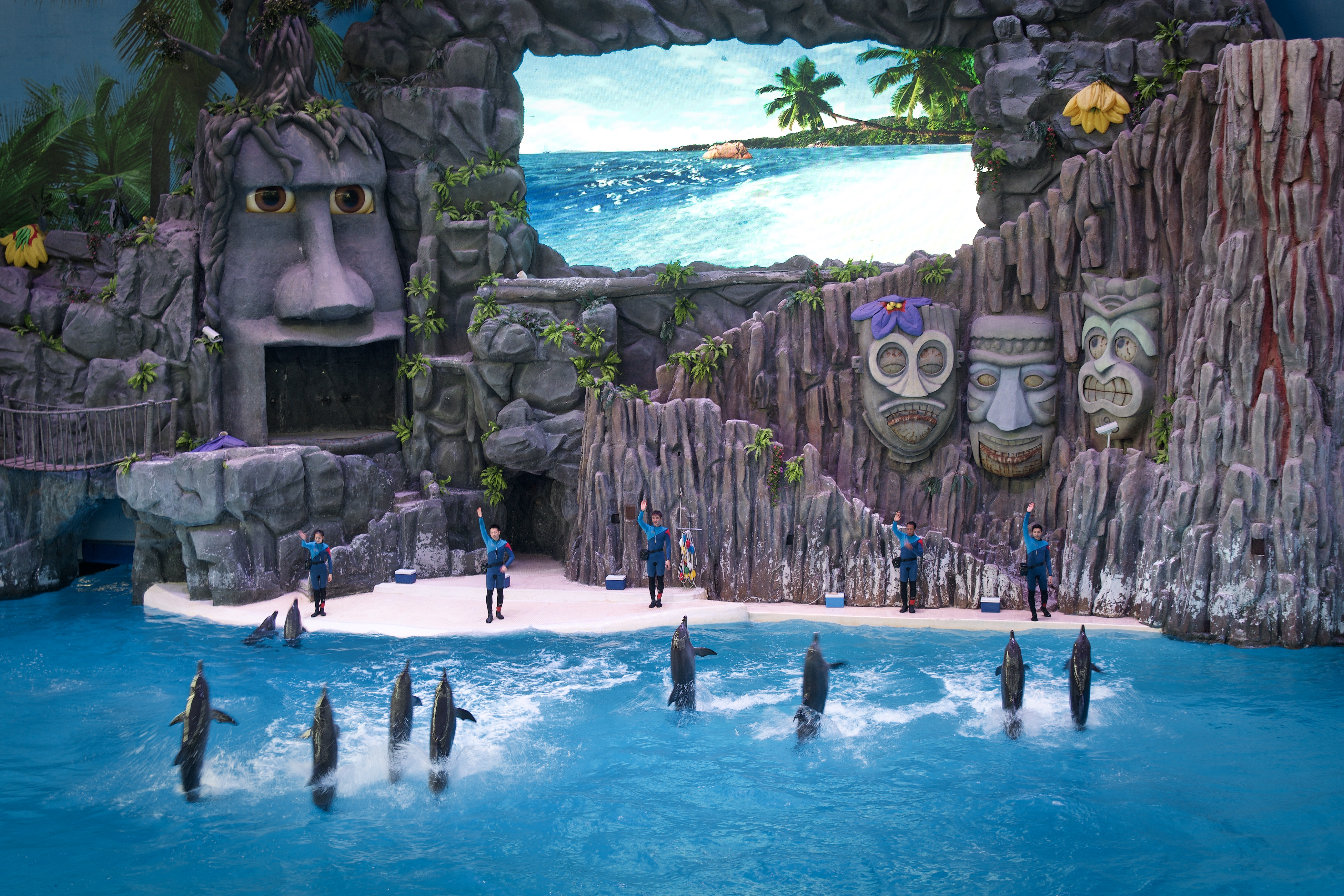 Much like SeaWorld Orlando’s Dolphin Days, the show also features live birds that circle the theater. 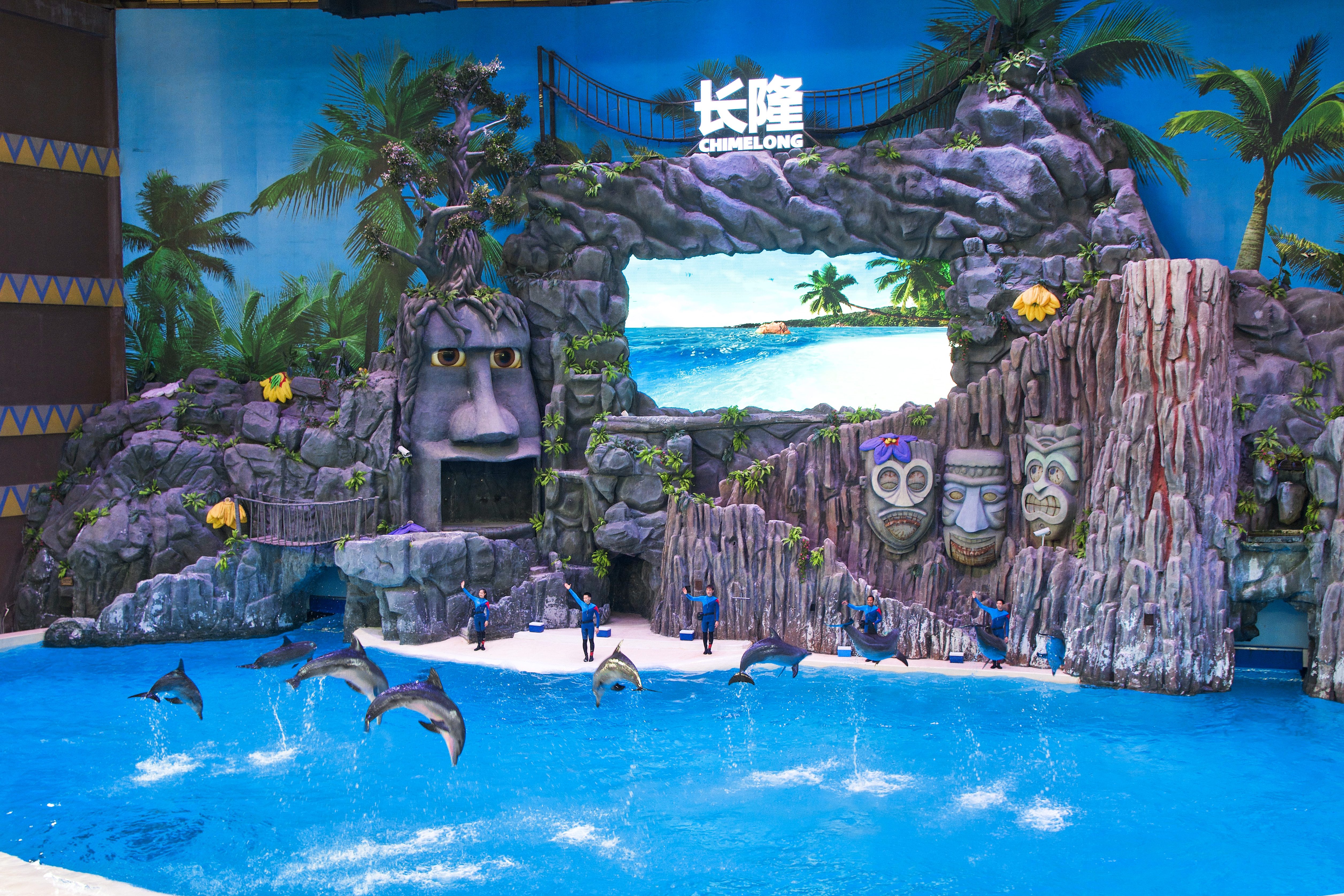 One thing that we won’t really see in the United States is the spectacular moment at which a lucky volunteer boy was sat in a little boat and towed around the stadium by dolphins while other dolphins jump around to the music of Titanic. 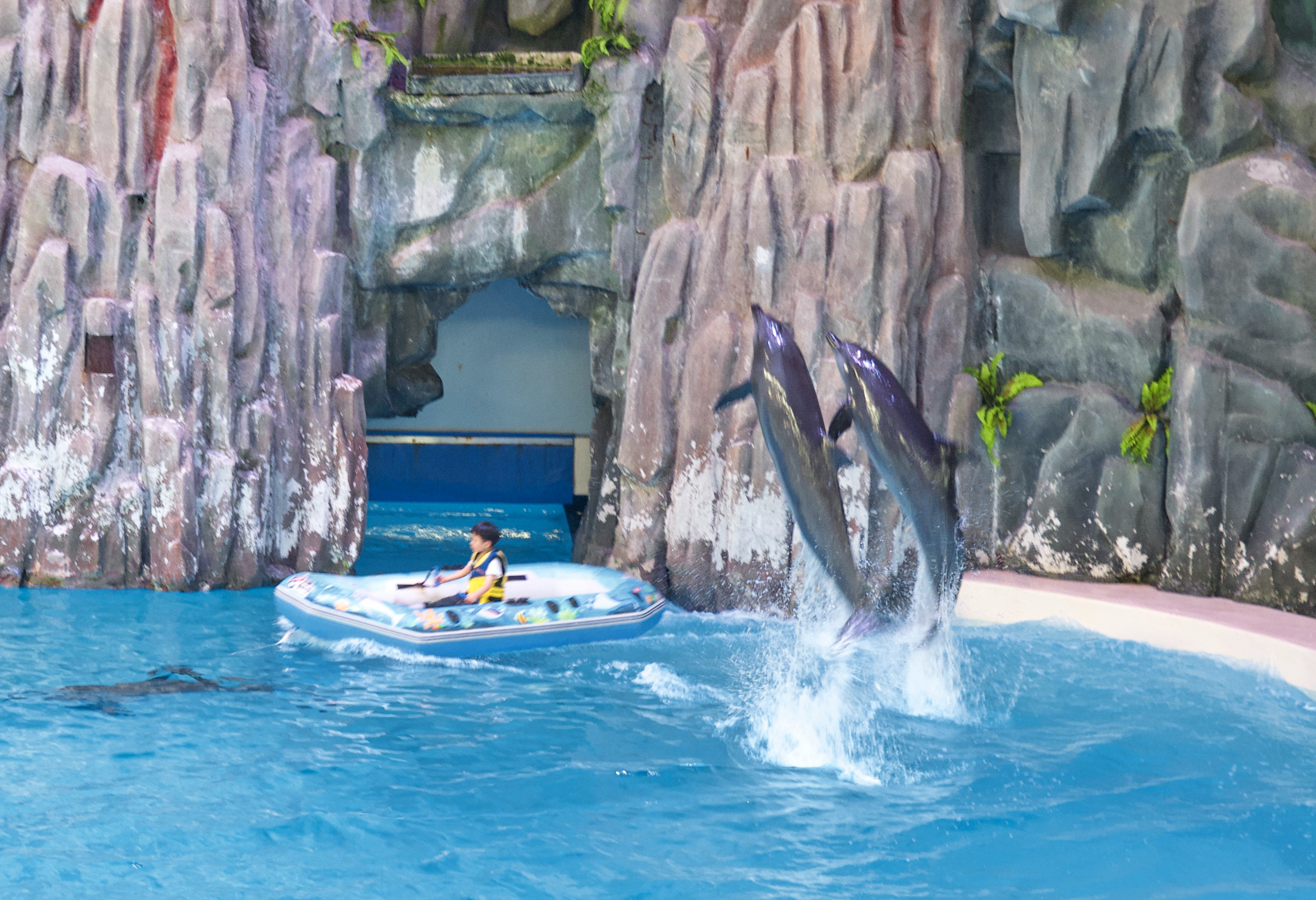 Another memorable moment was the point at which a high diver made an appearance and jumped off the highest part of the stadium’s display. 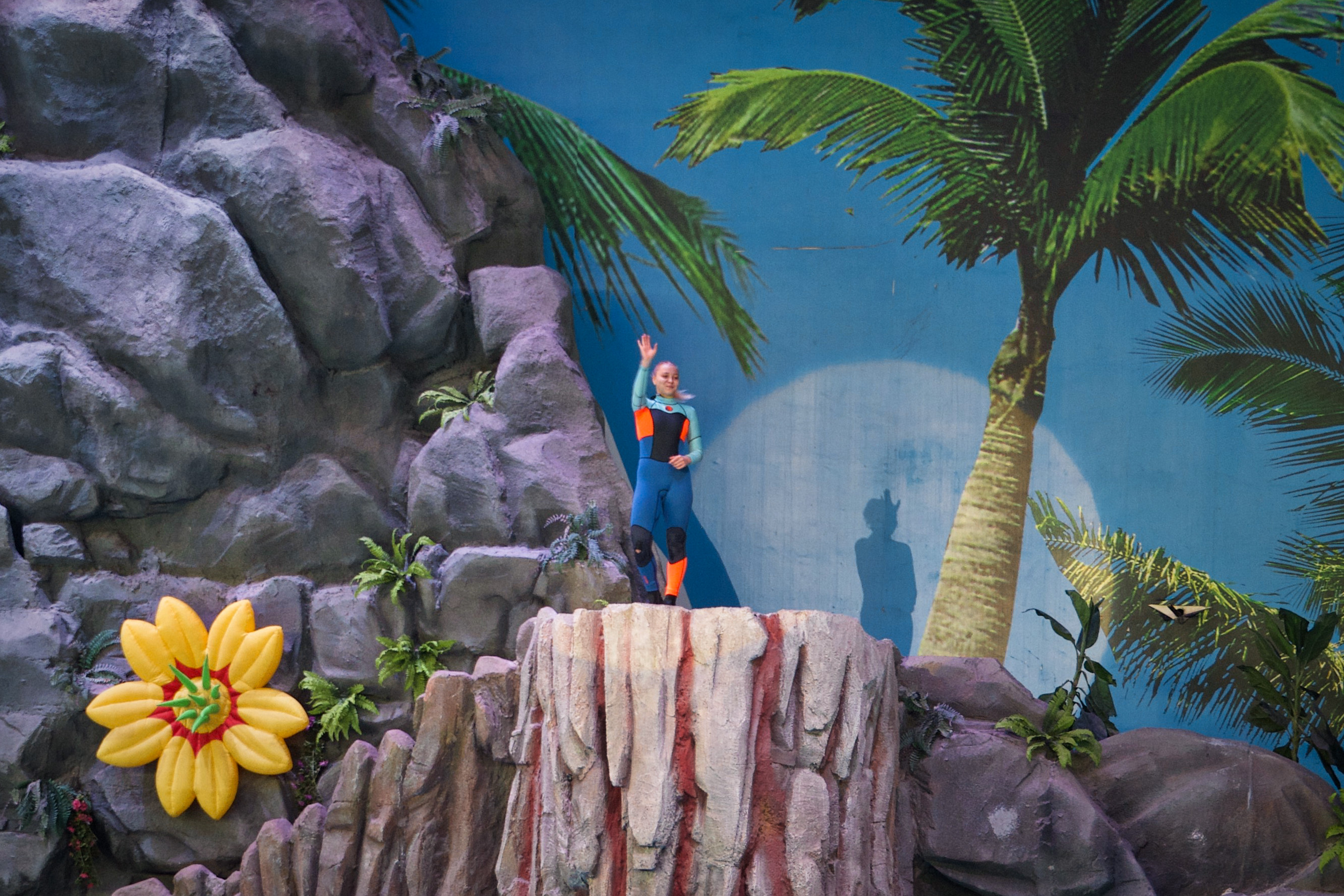 The show closure was spectacular as well, which took place after the simulated thunderstorm and blooming of the inflatable flowers, of course. Overall, the entertainment value of this park’s shows is spectacularly high and we were very impressed. The show was theatrical, educational, featured a lot more than just the dolphins and was definitely a show I will revisit on our next visit. 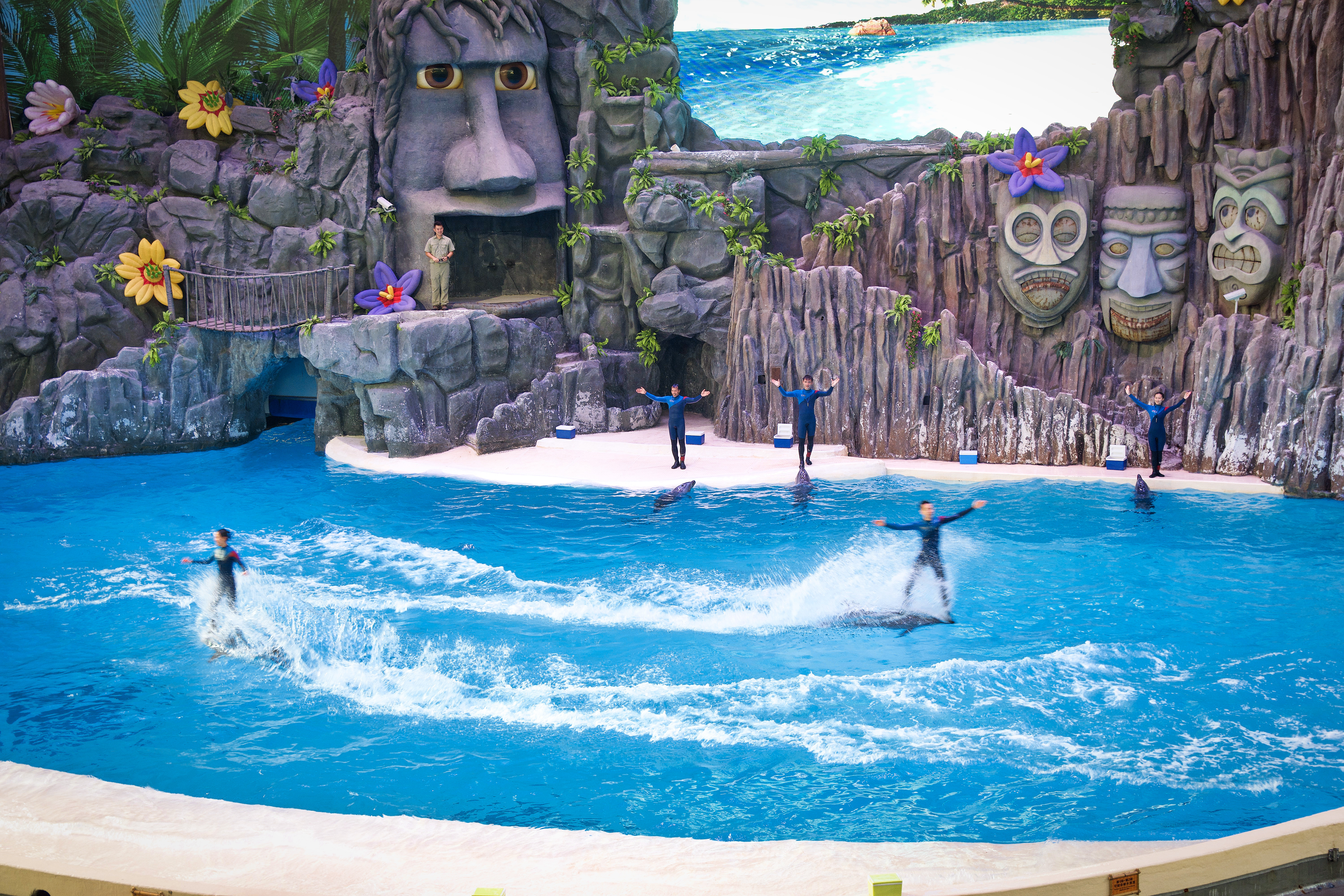 Continue to the Amazing Amazon on page 2, time for Parrot Coaster!