Sven: Last Sunday we did our final Halloween park this season: Disneyland Paris. No spooky mazes but lots of entertainment by Disney. The big star this year was Ursula, who sang beautifully to all the unfortunate souls. Next to that, we had a look at what’s new in the Studios including Spider-Man construction! Are you brave enough to read?

Disneyland Paris got us all pumped for Halloween thanks to a very nice campaign featuring Ursula and the Tower of Terror. But we also know what to expect during this season. As usual, Main Street was dressed up in orange colors. 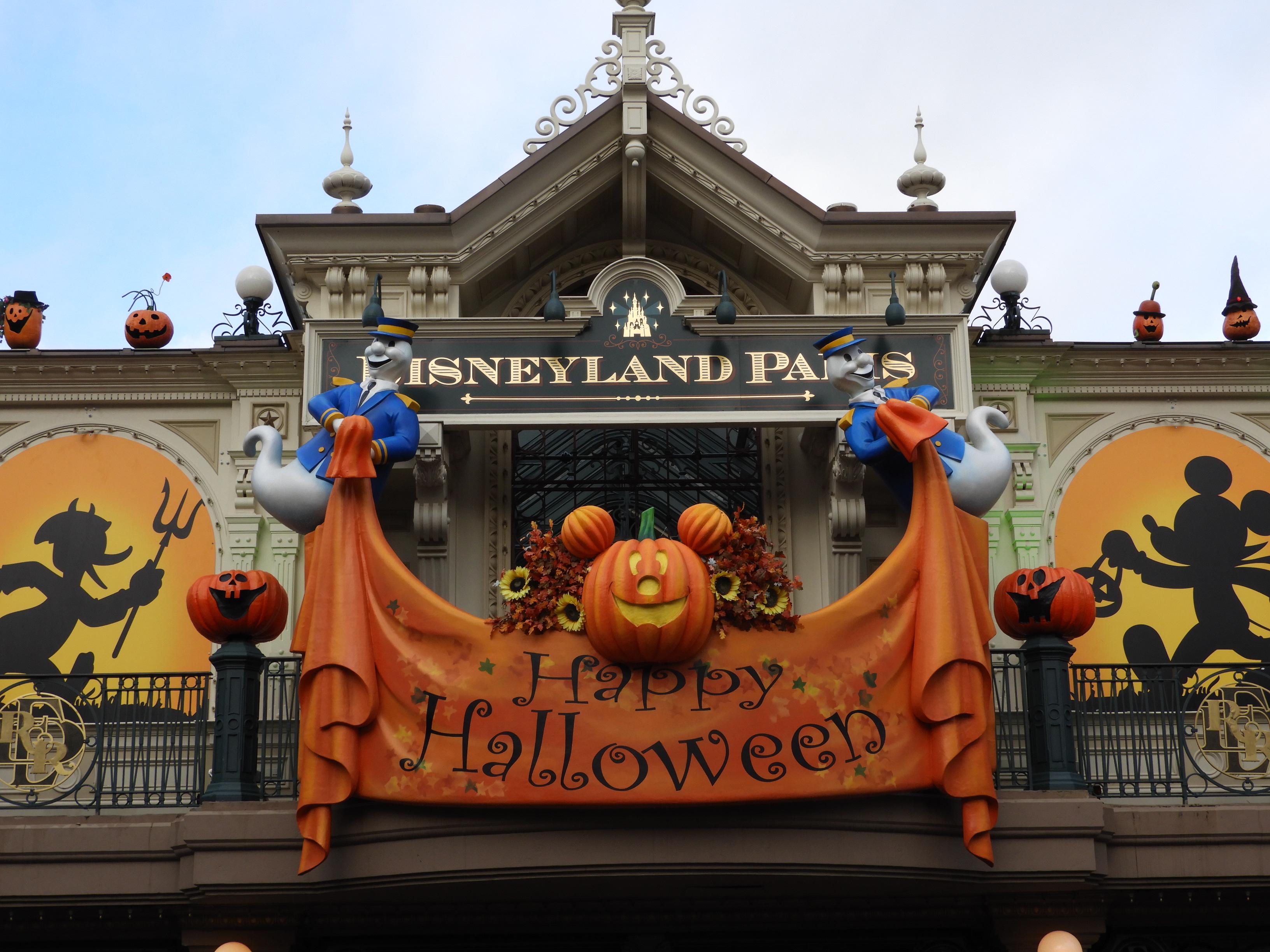 When we arrived, there was even a band playing! No budget cuts here surprisingly! 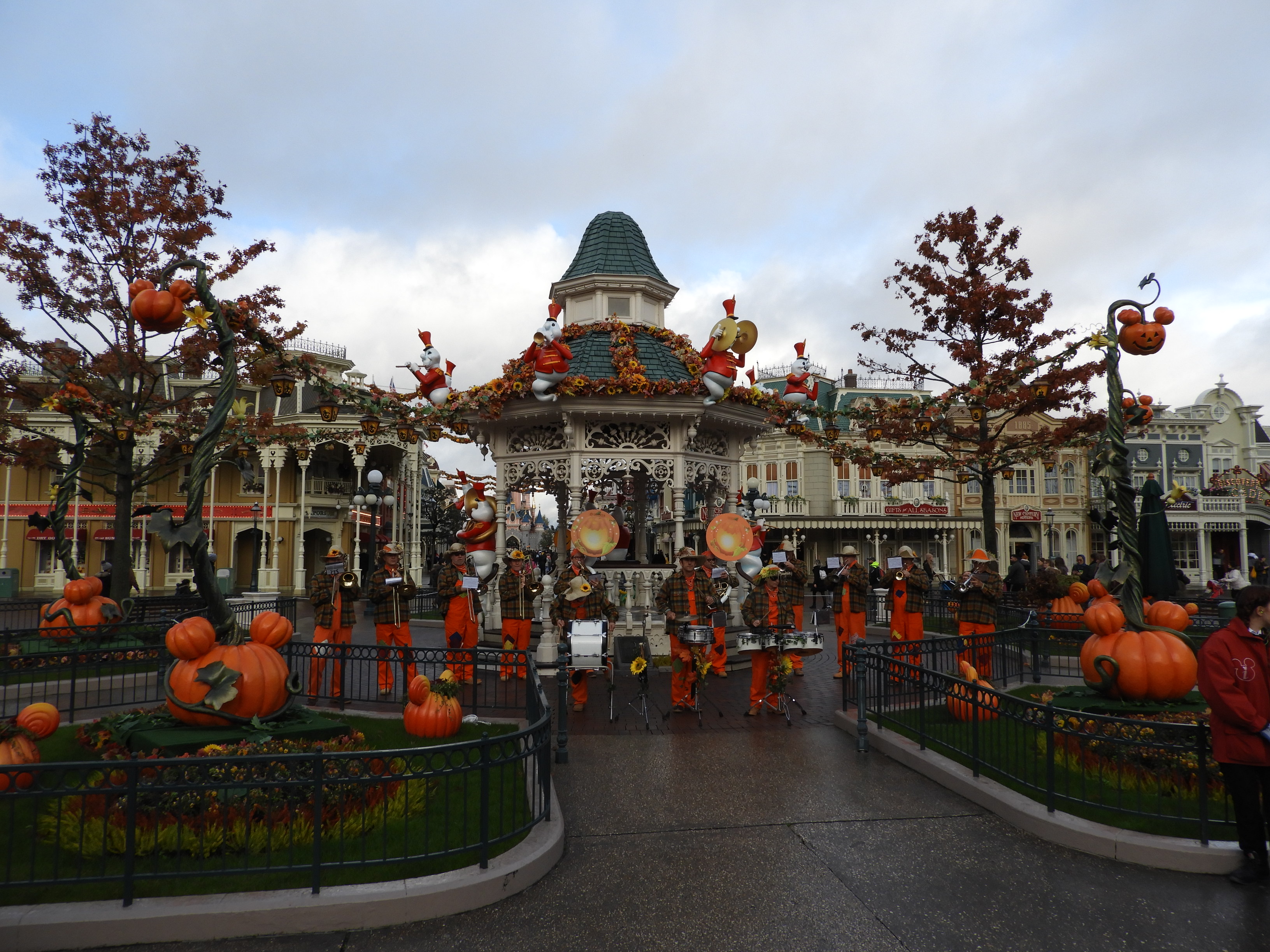 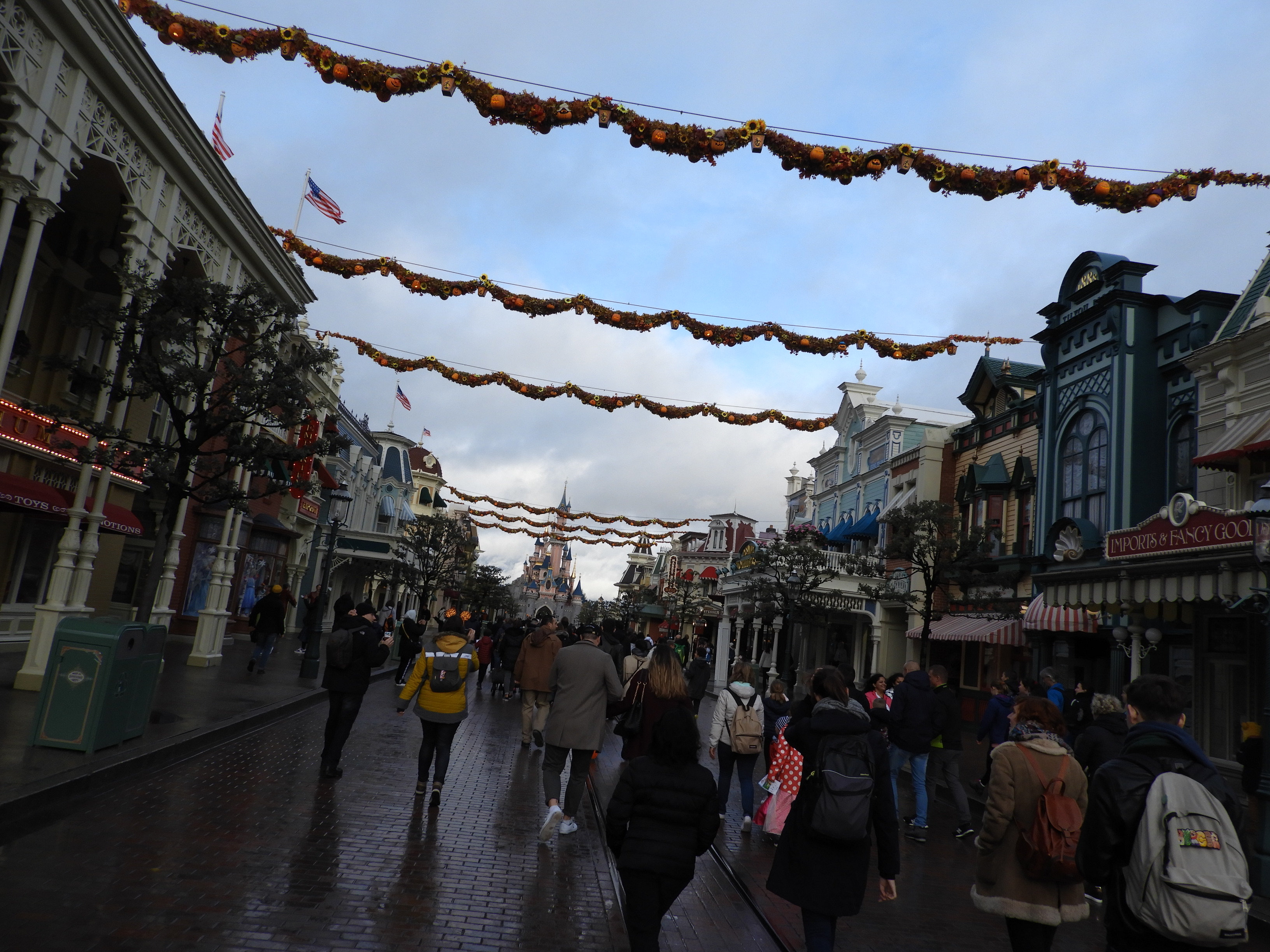 Another area that’s traditionally dressed up is Frontierland! The pumpkin men and women can be found all over. 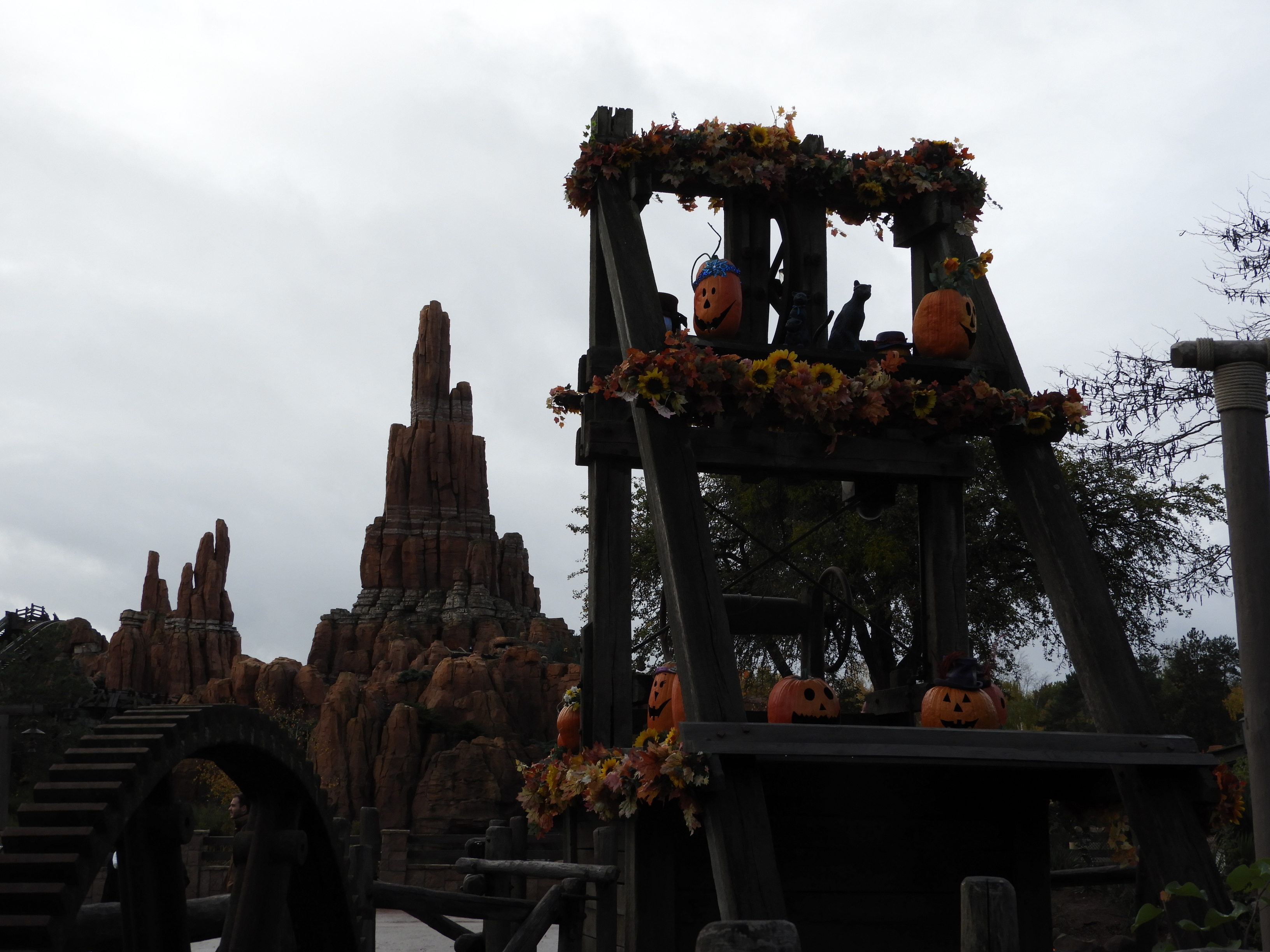 But near Big Thunder Mountain, it’s all about Coco! Unfortunately we didn’t see Miguel this time. Yet, the decorations keep getting better. 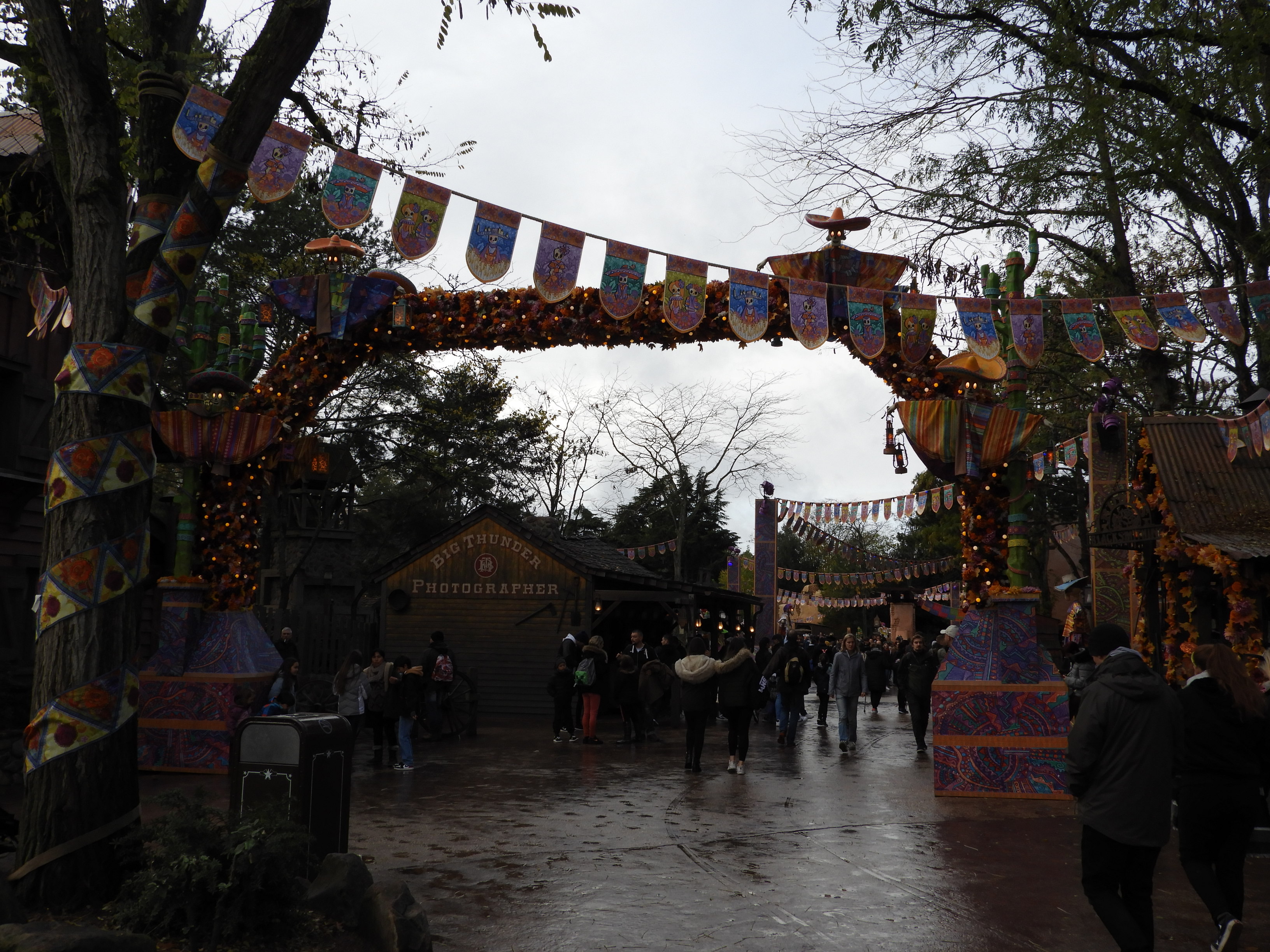 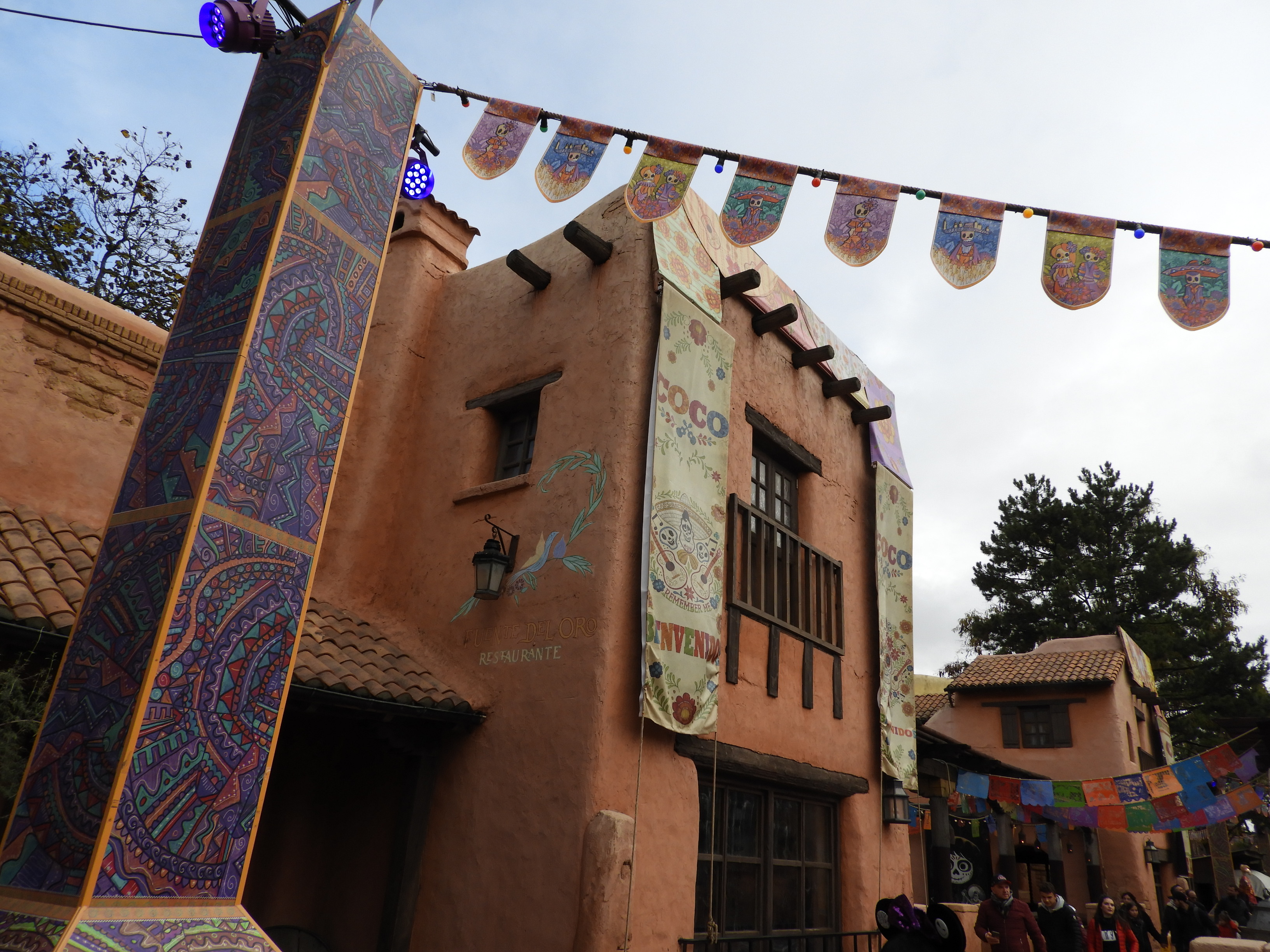 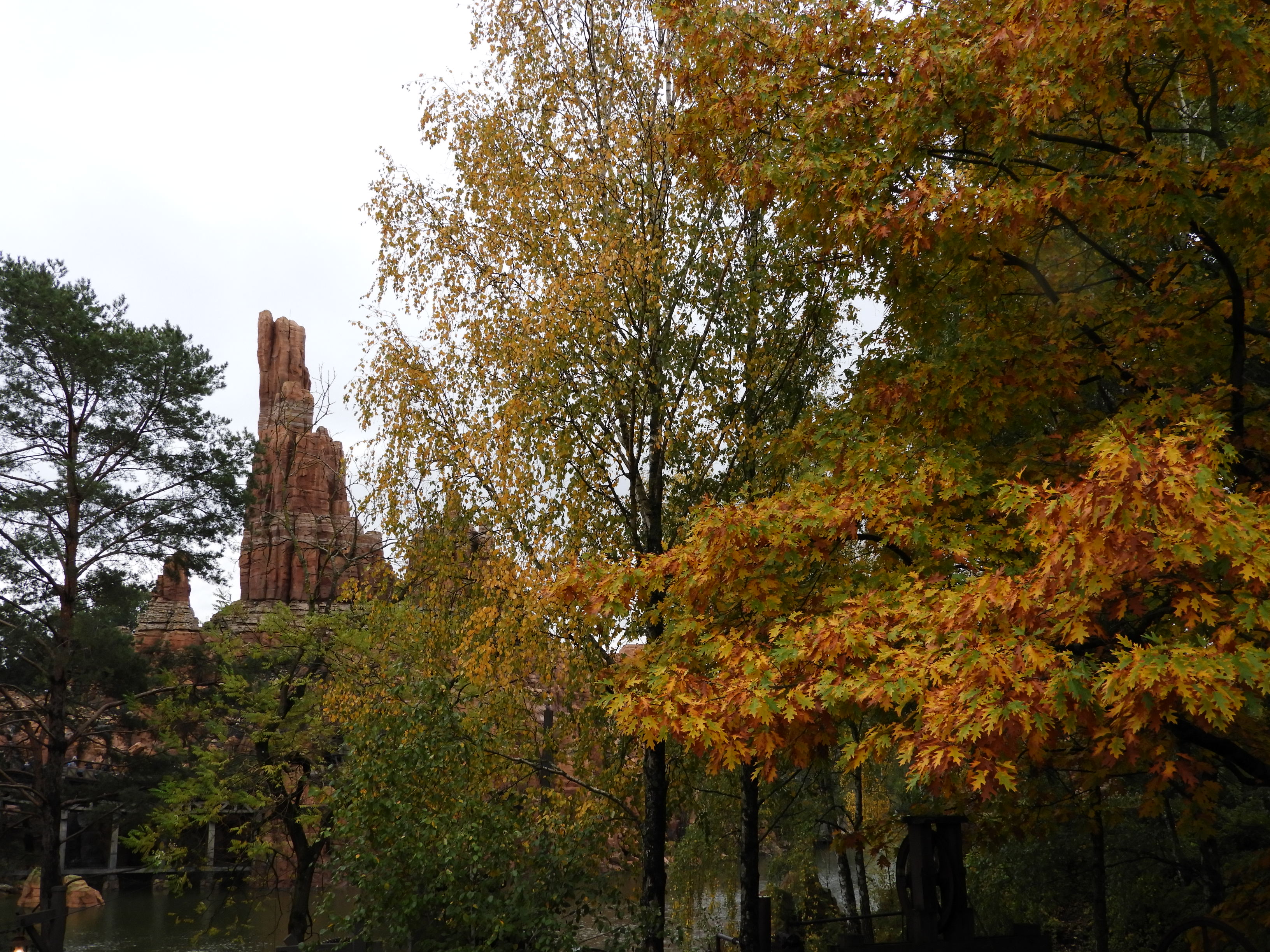 Halloween at Disney is all about extra entertainment. New this year, as mentioned, was a character that’s rarely seen: Ursula. And what a sea witch! She sang amazing plus we couldn’t stop taking pictures of her. 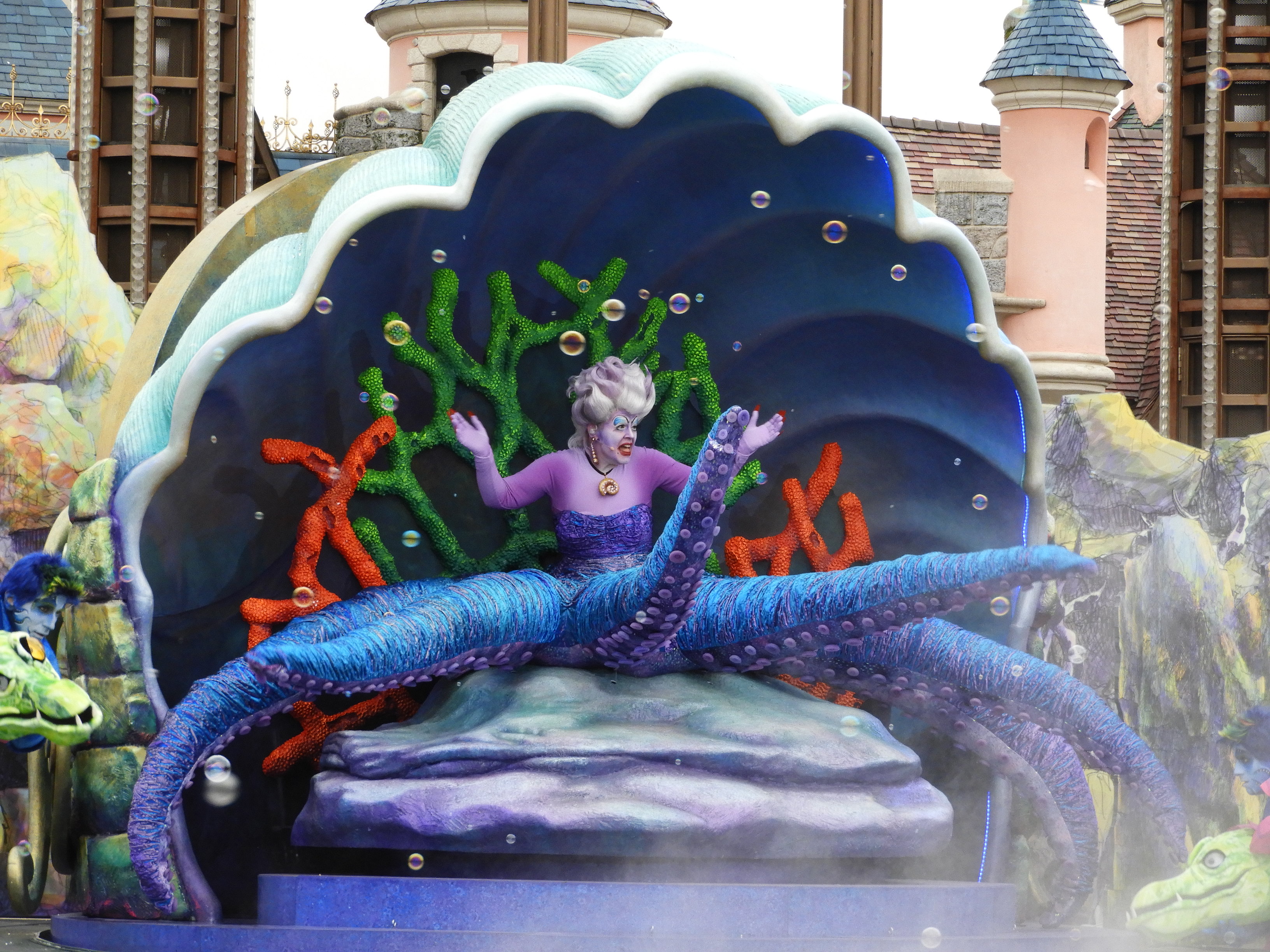 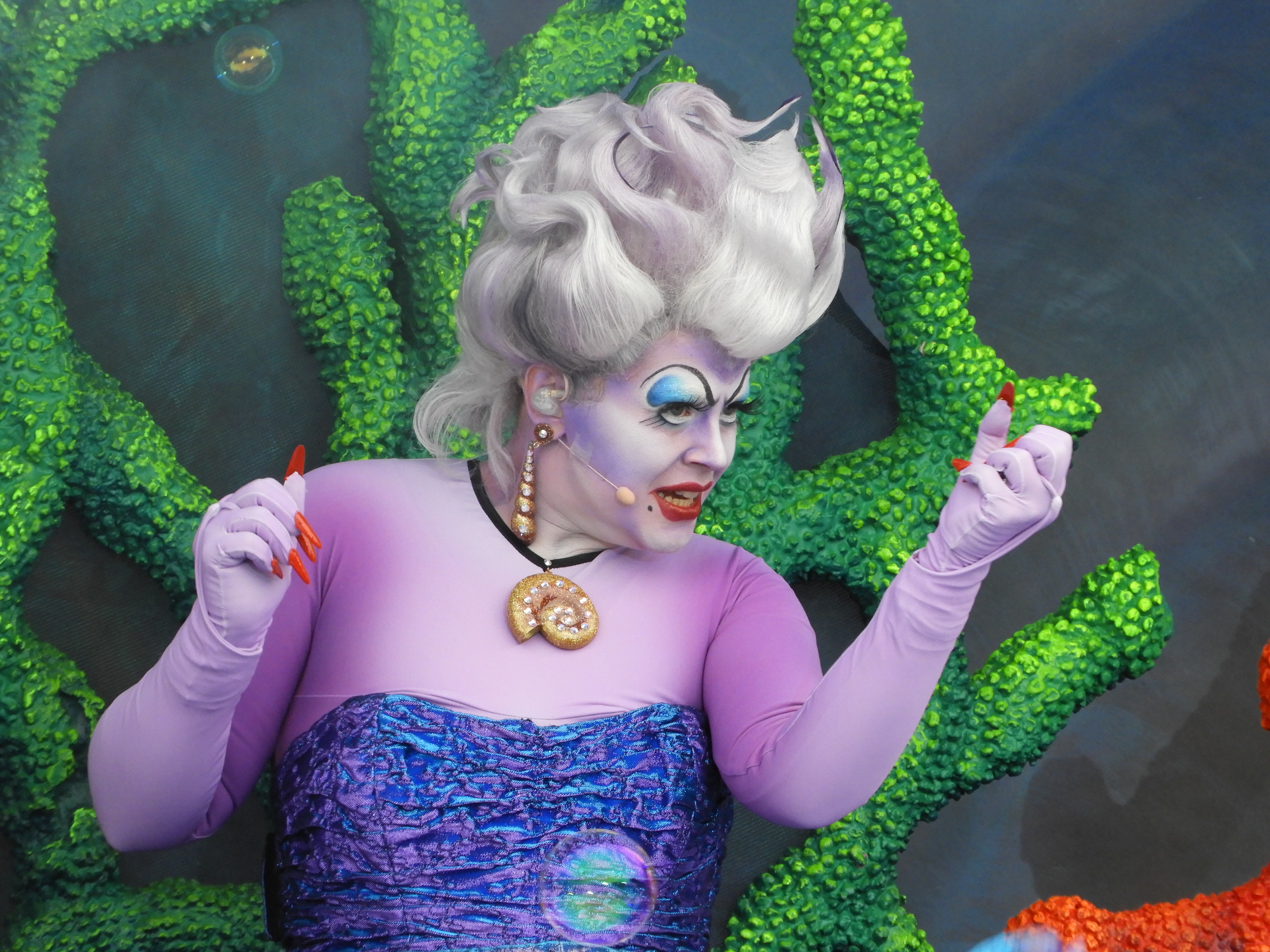 She was joined by Flotsam and Jetsam! 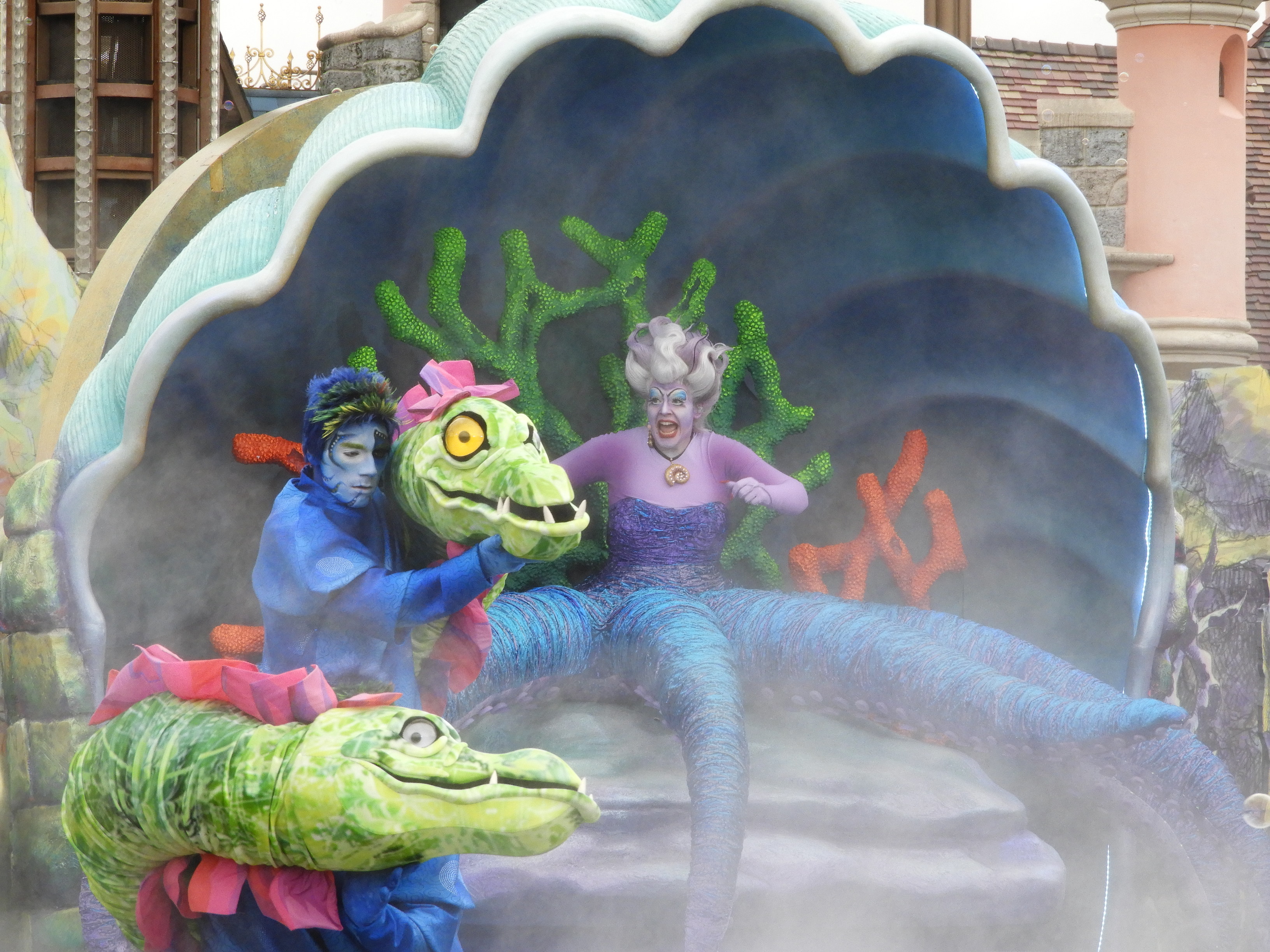 And then also by the other villains! 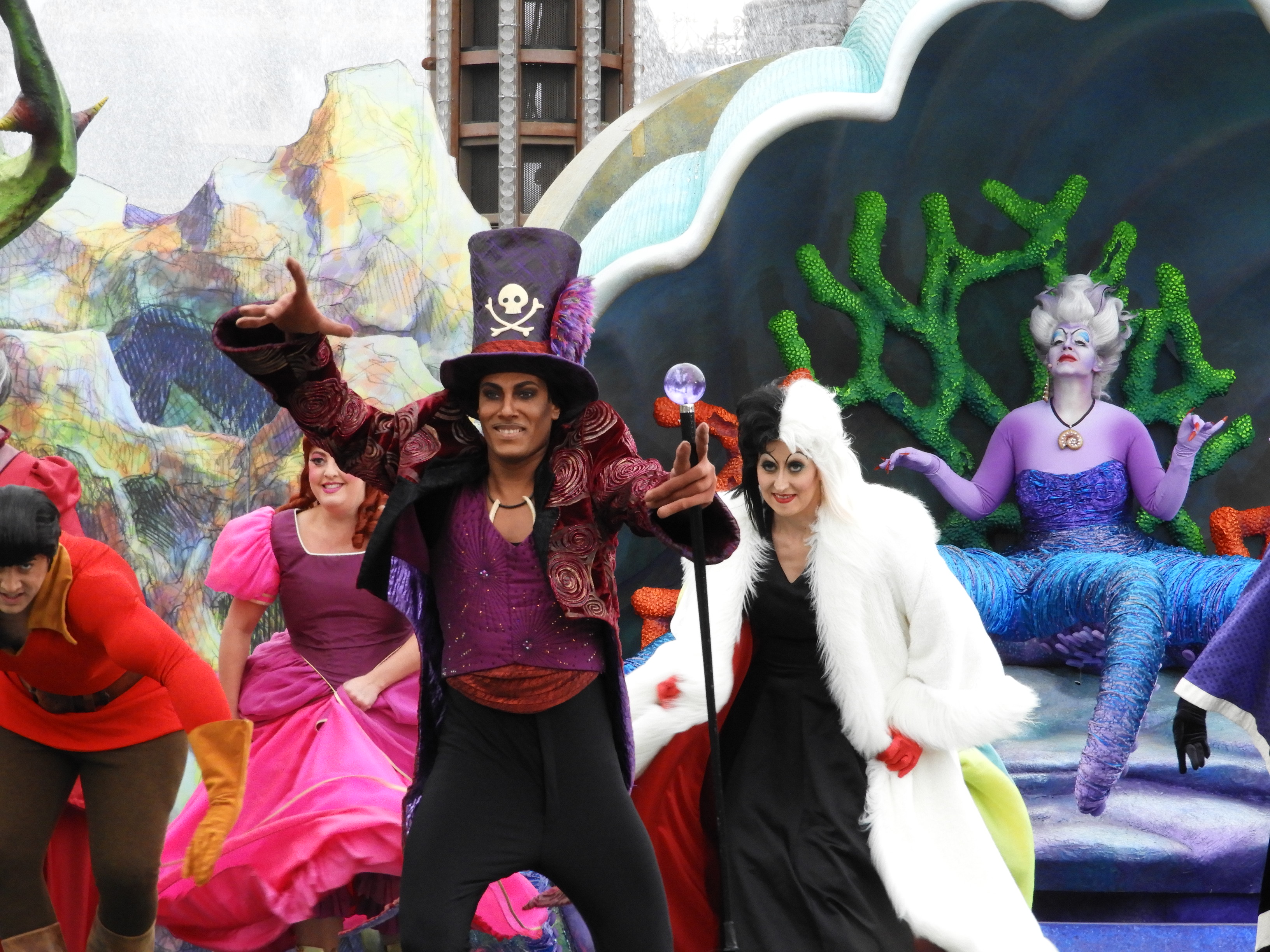 Plus more Ursula! I’m sure Derrion would love her too! 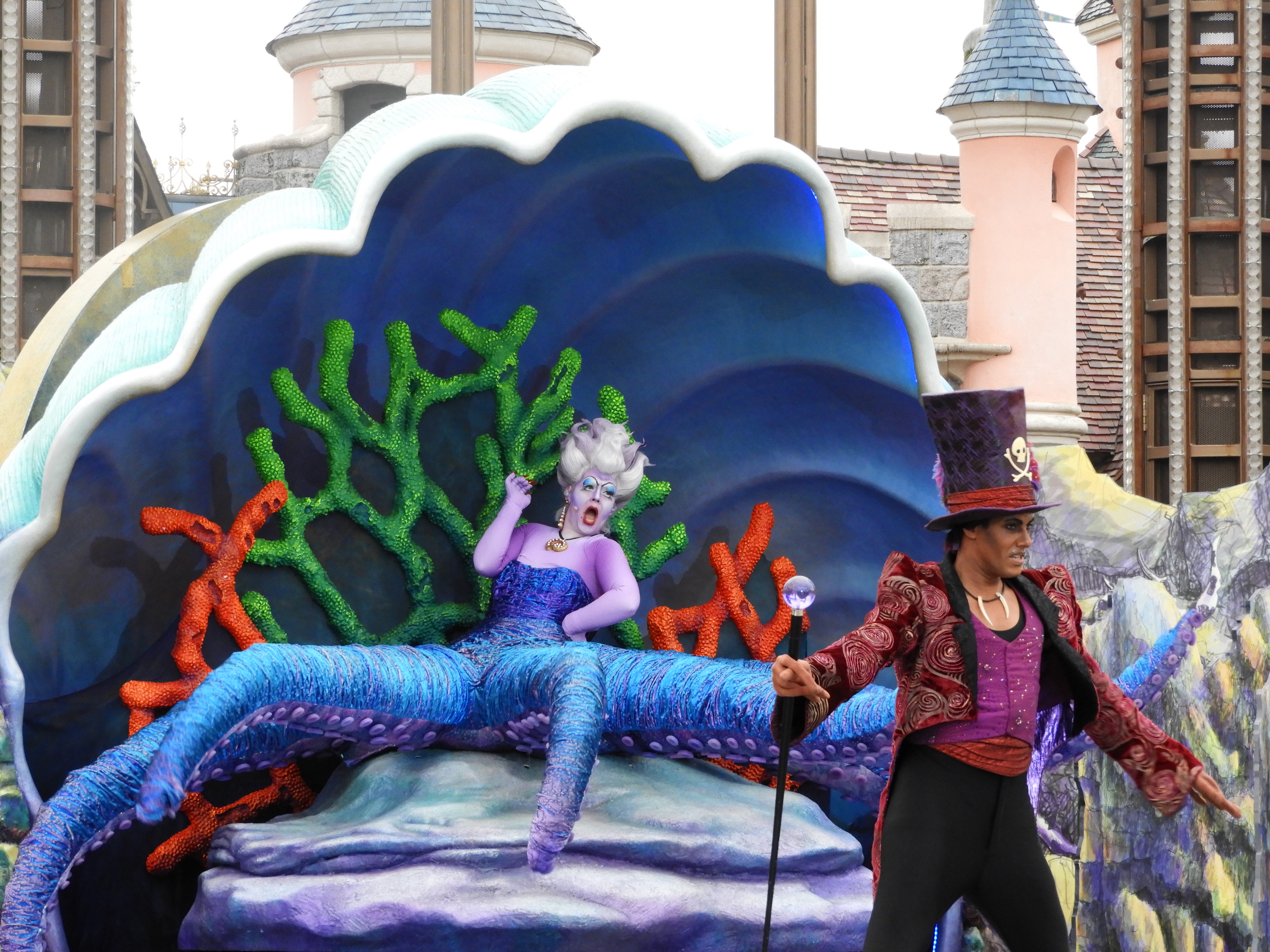 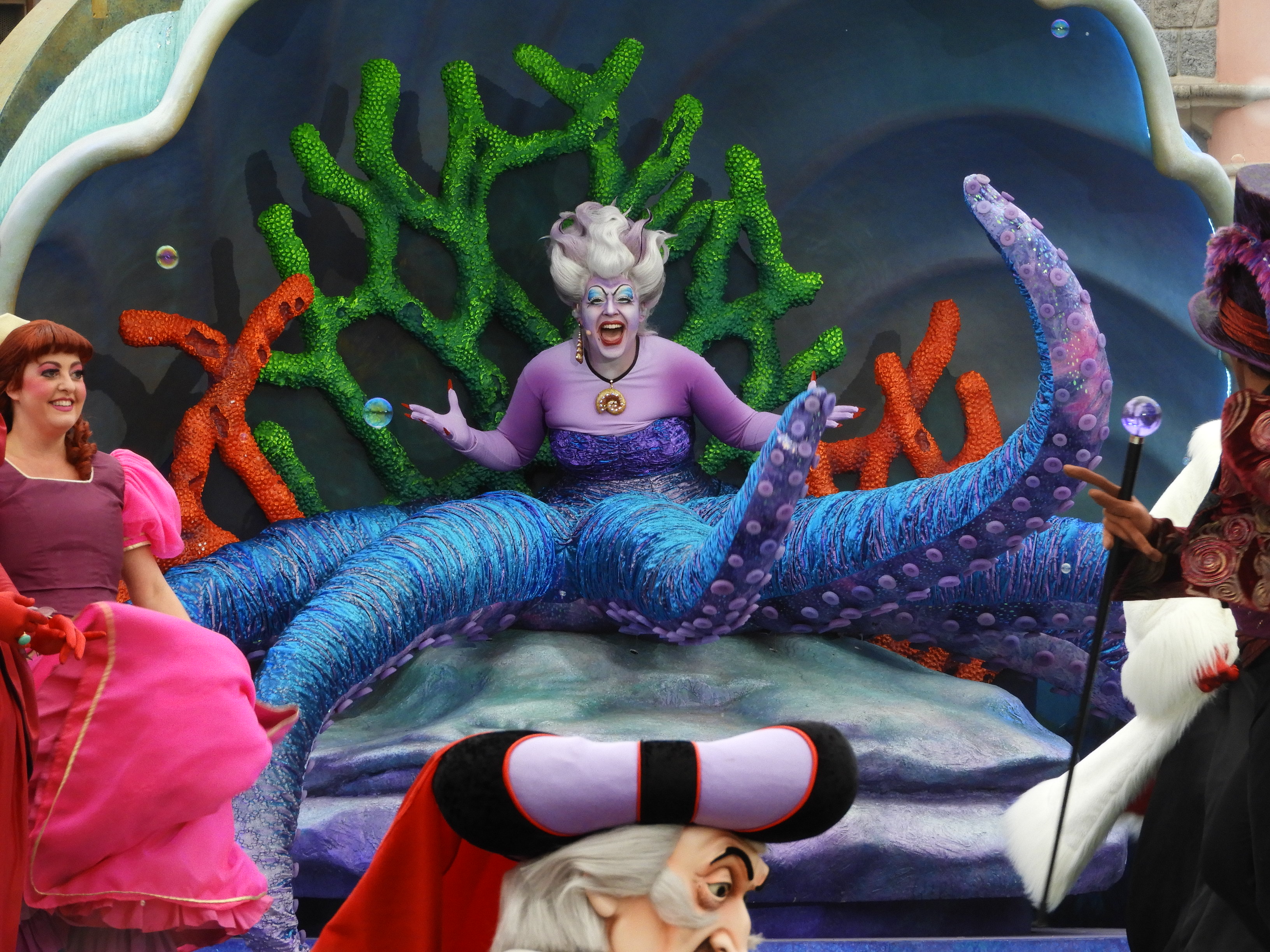 Halloween is also one of the rare seasons where there are two parades! The Halloween Cavalcade was once again on board! 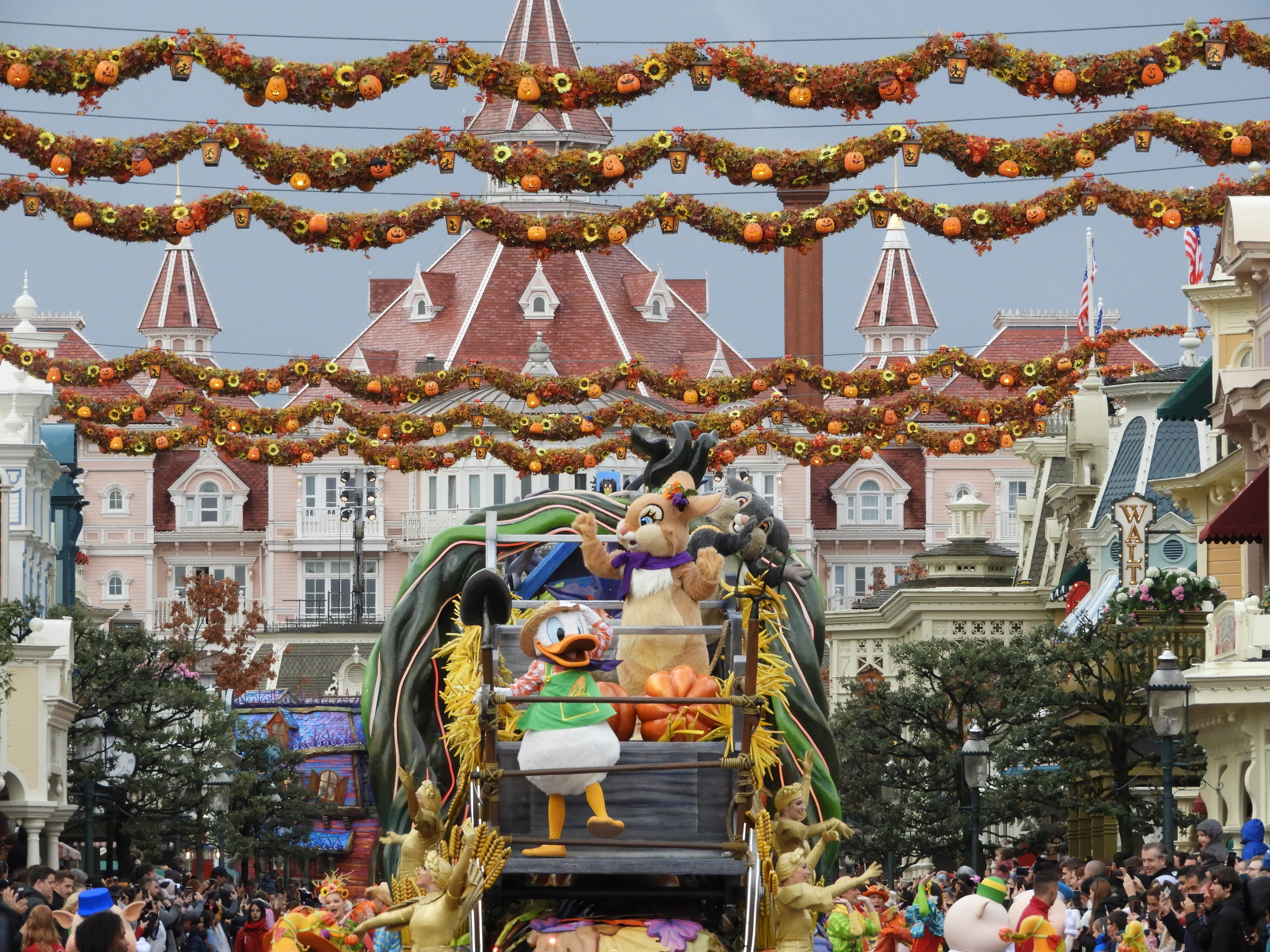 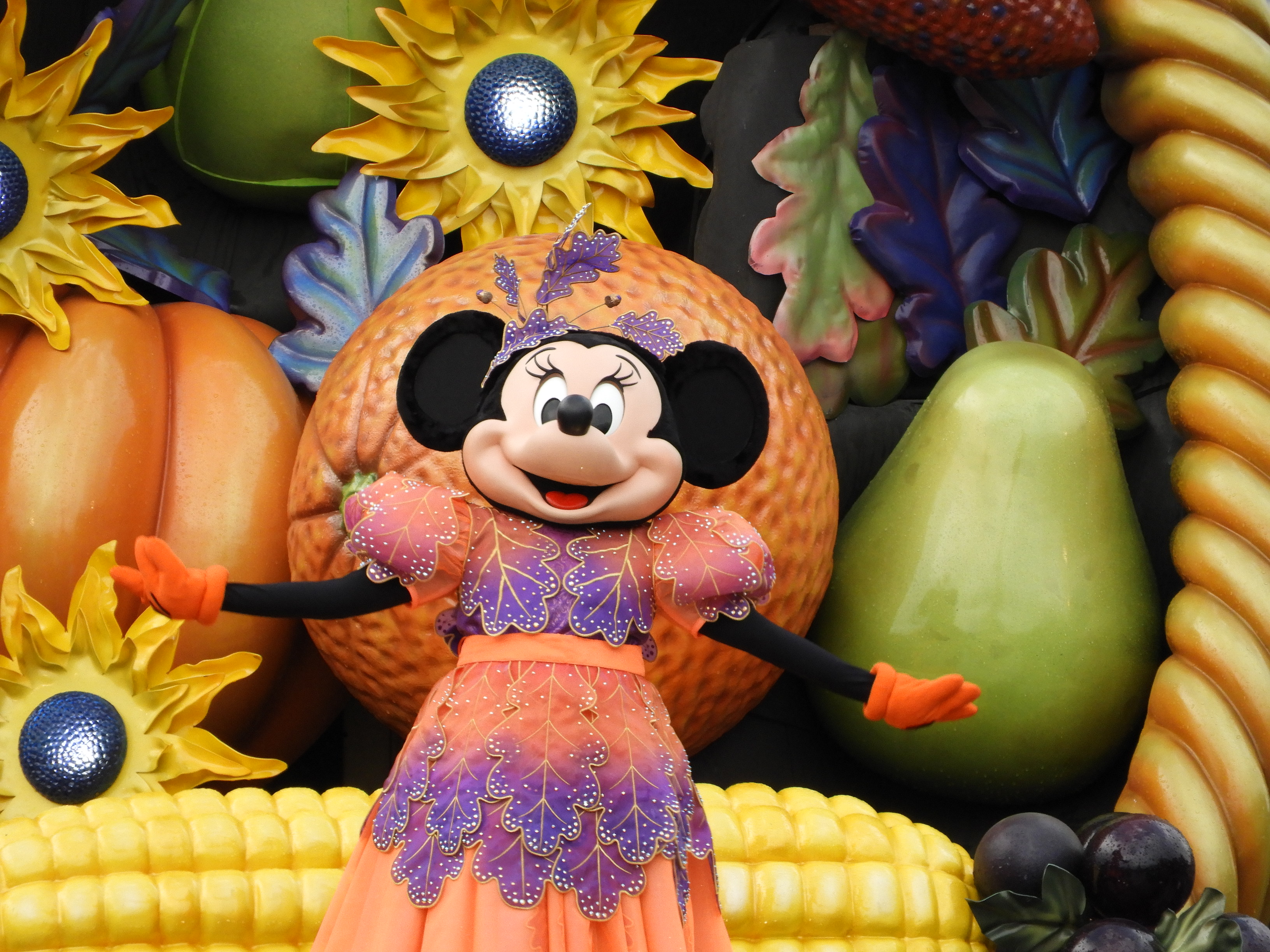 What’s unique about this mini parade is that the Mickey float is truly magical! On it, Mickey can change into three different costumes! Here’s the first one! 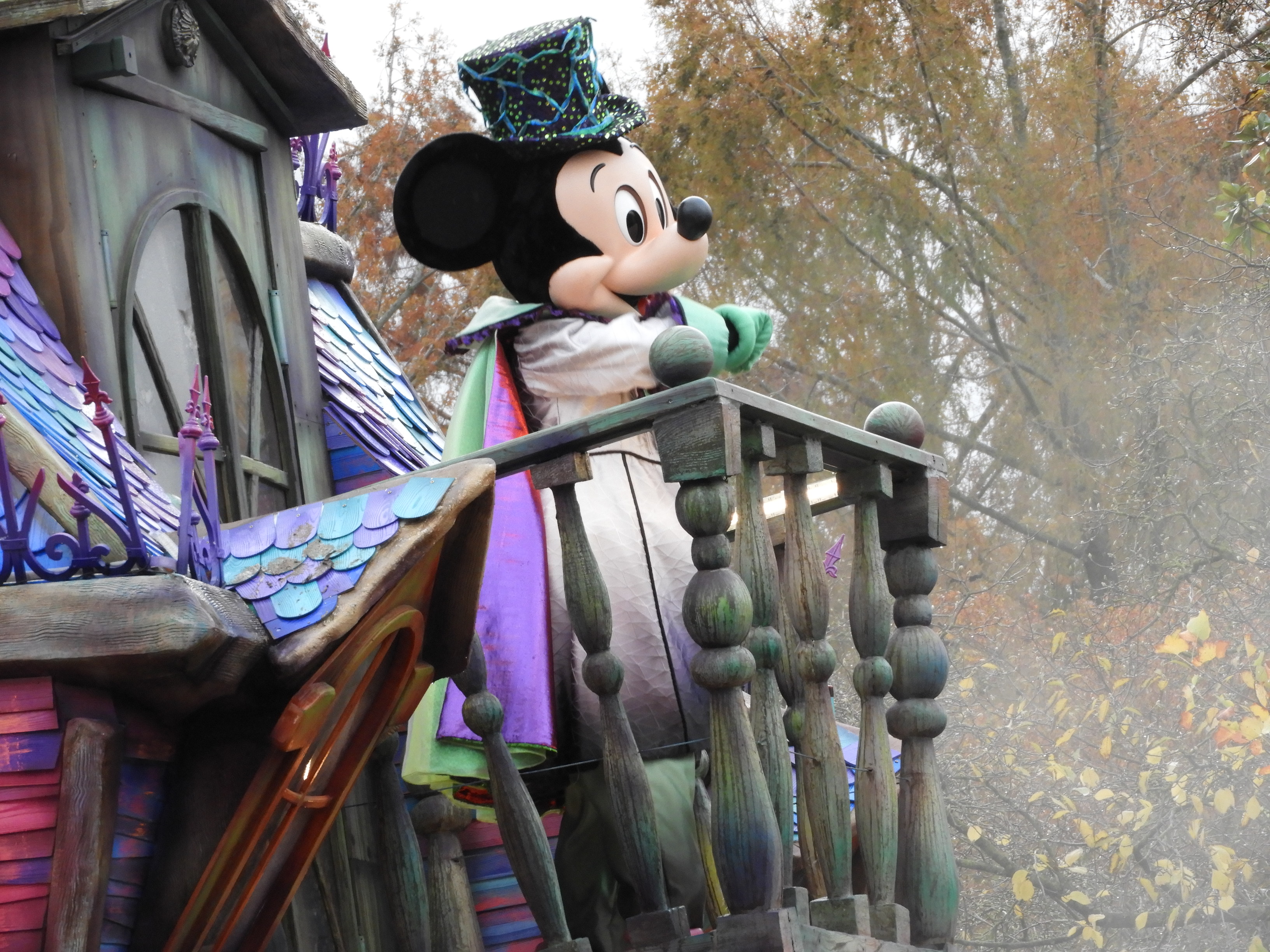 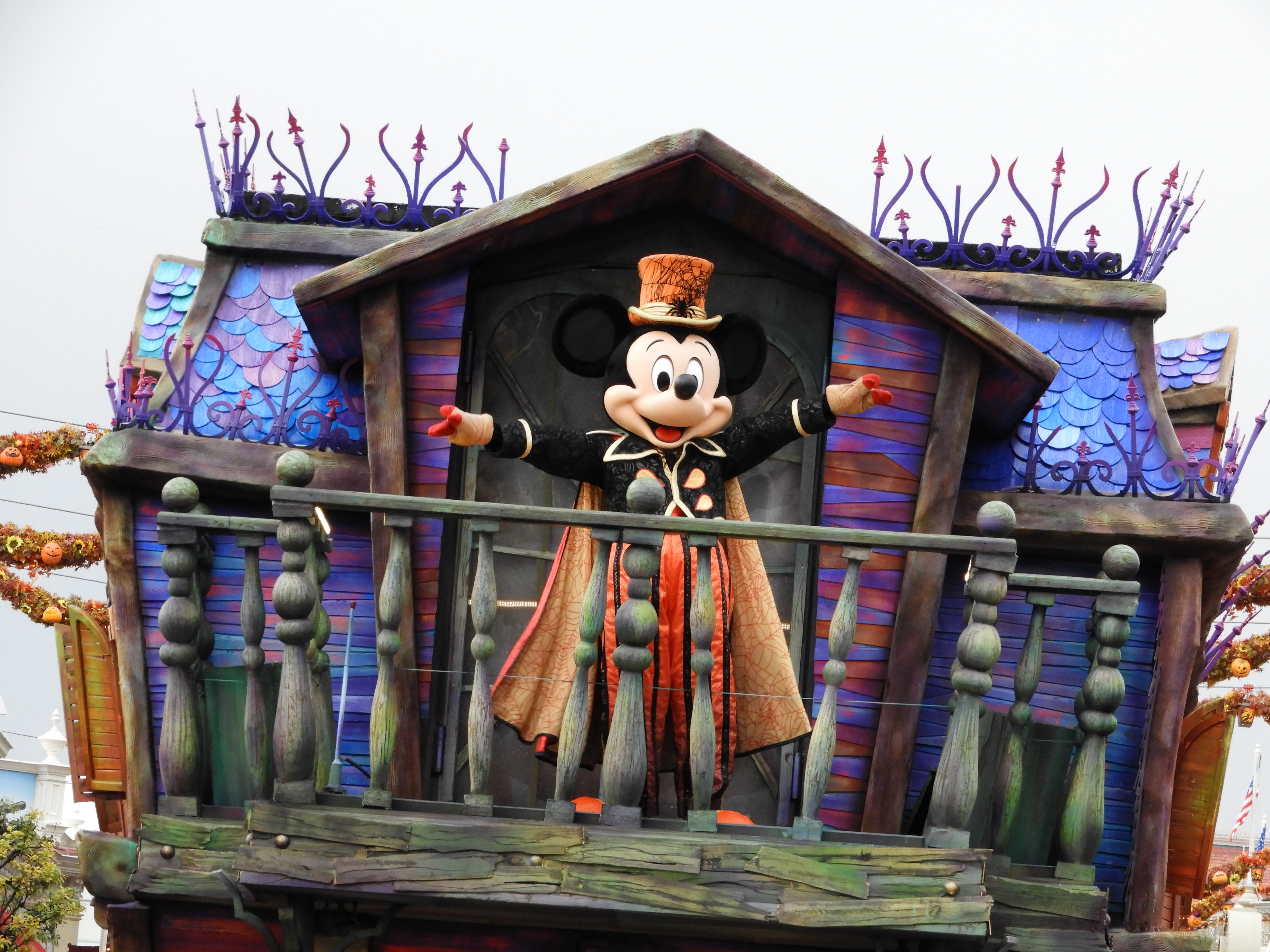 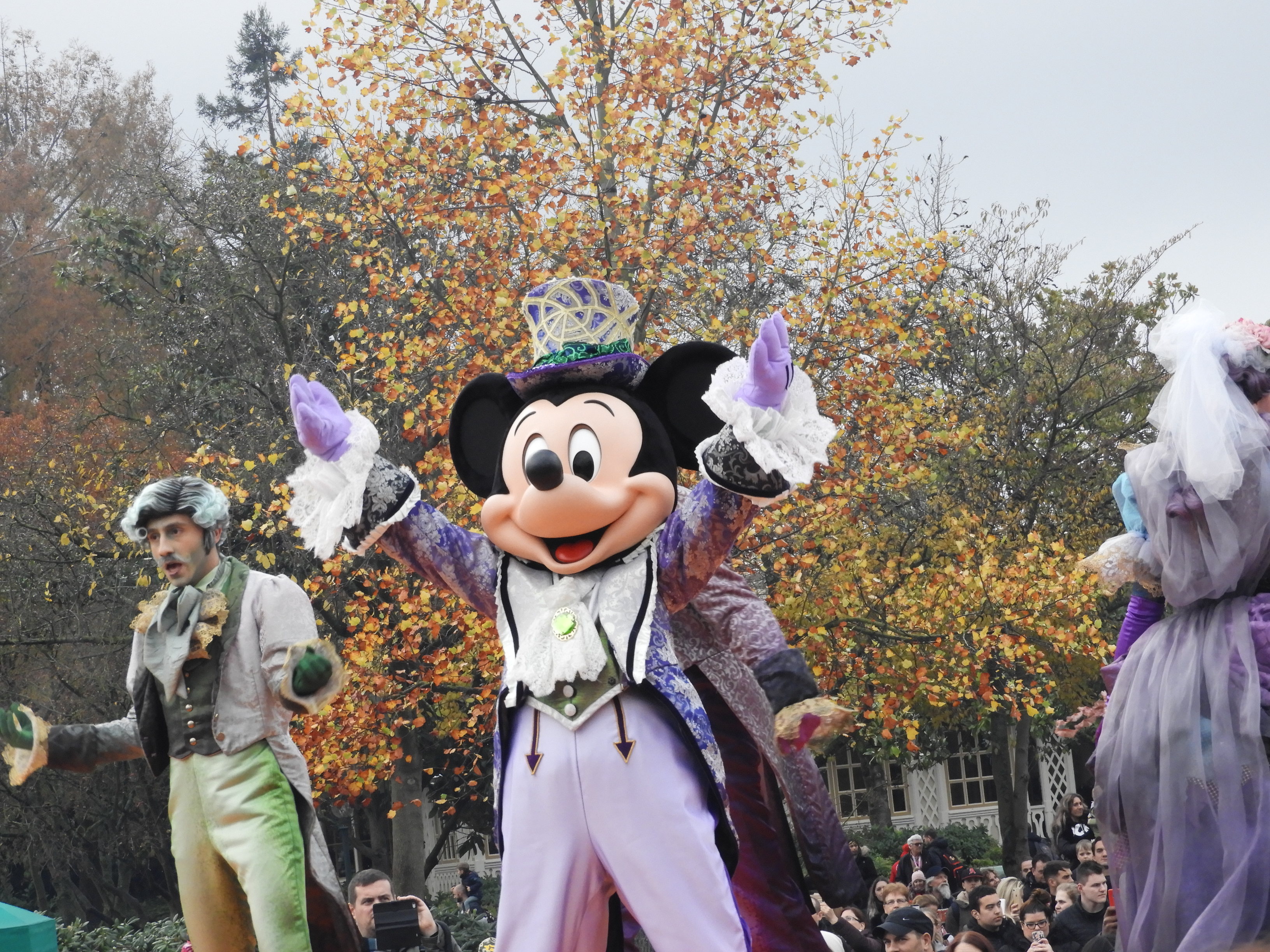 There’s also a parade stop at Central Plaza where the characters come out to dance. Also on the Phantom Manor like float are Henry and Melanie Ravenswood! 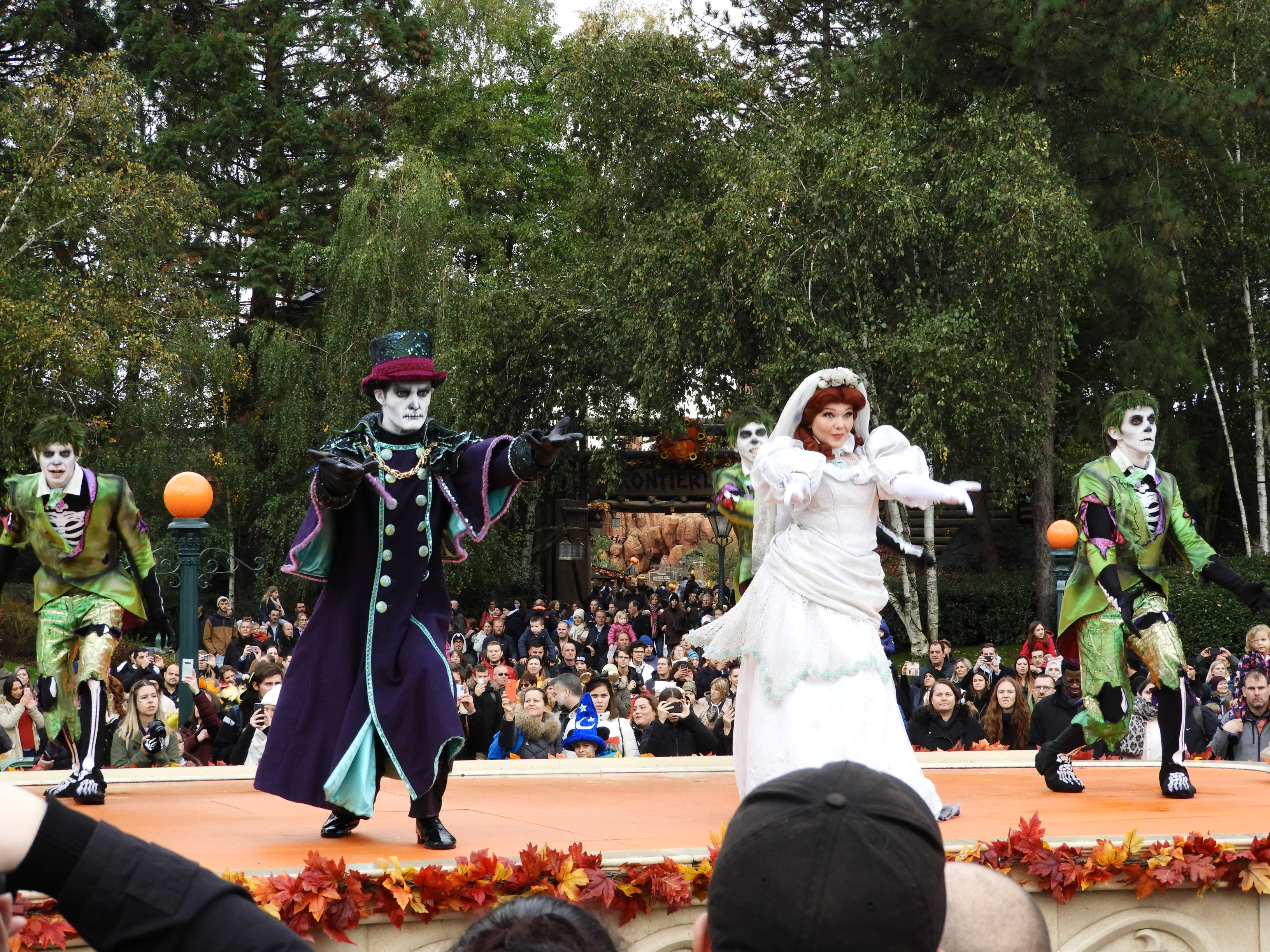 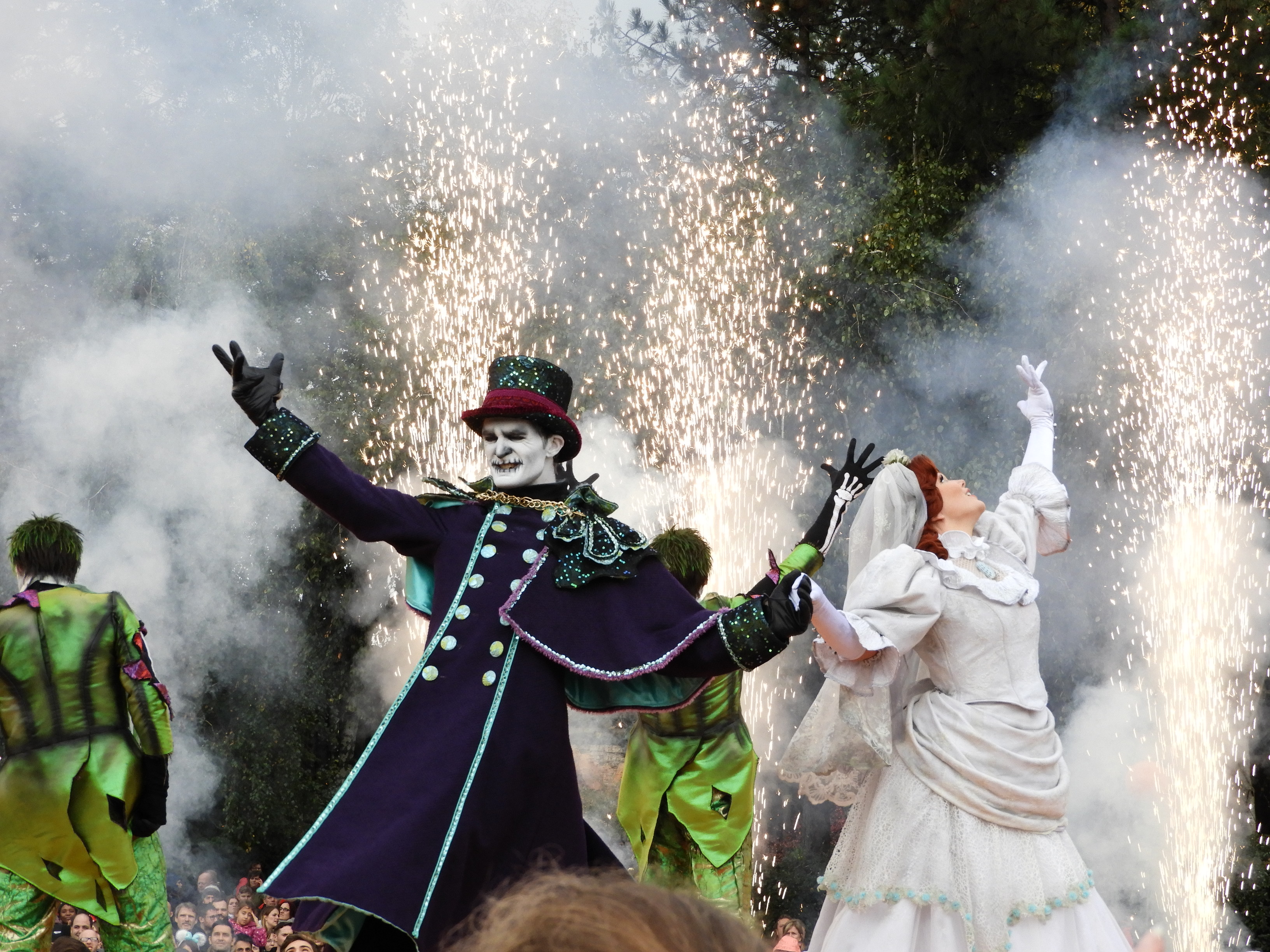 Plus on the other floats, lots of rare characters! 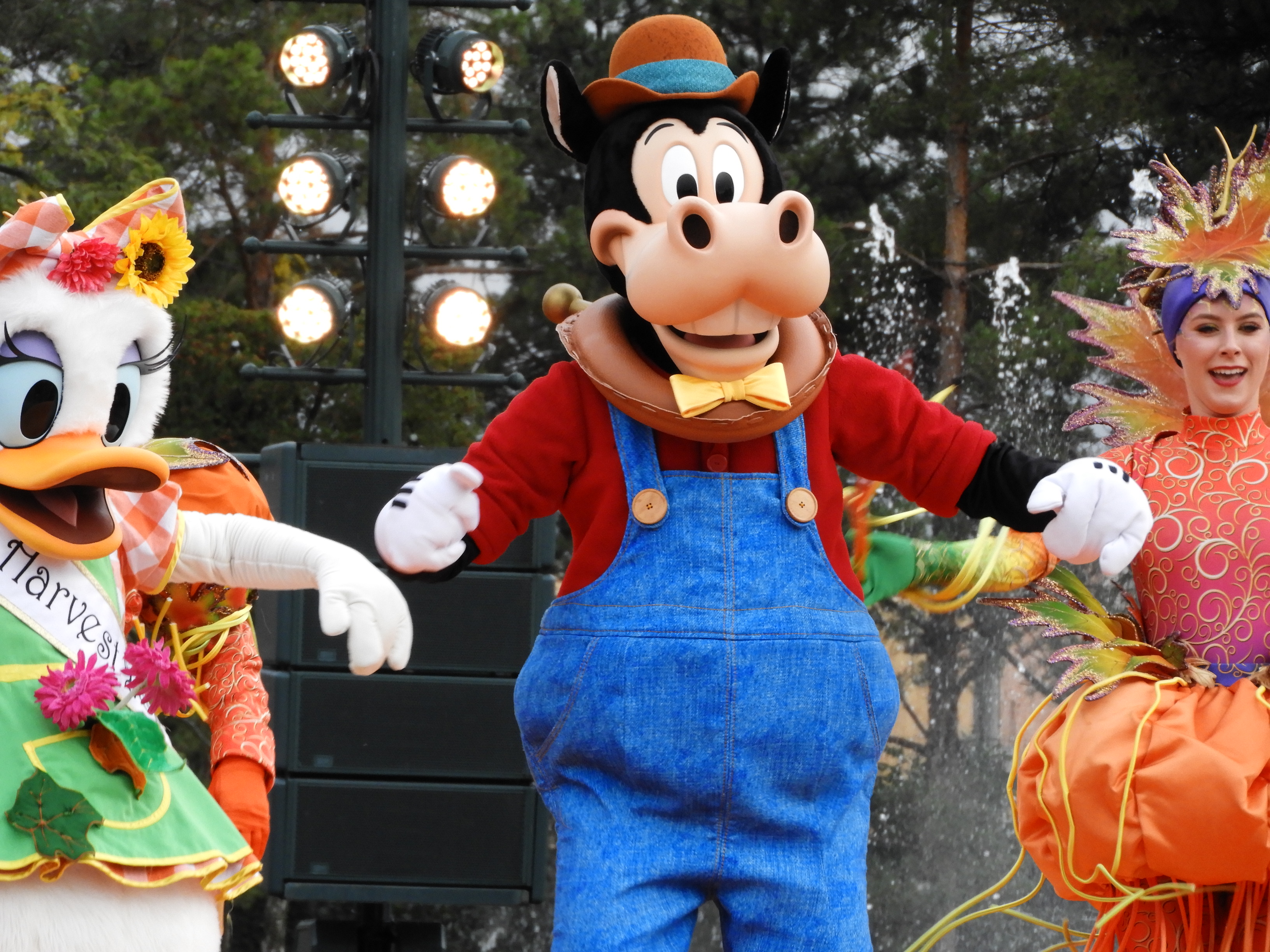 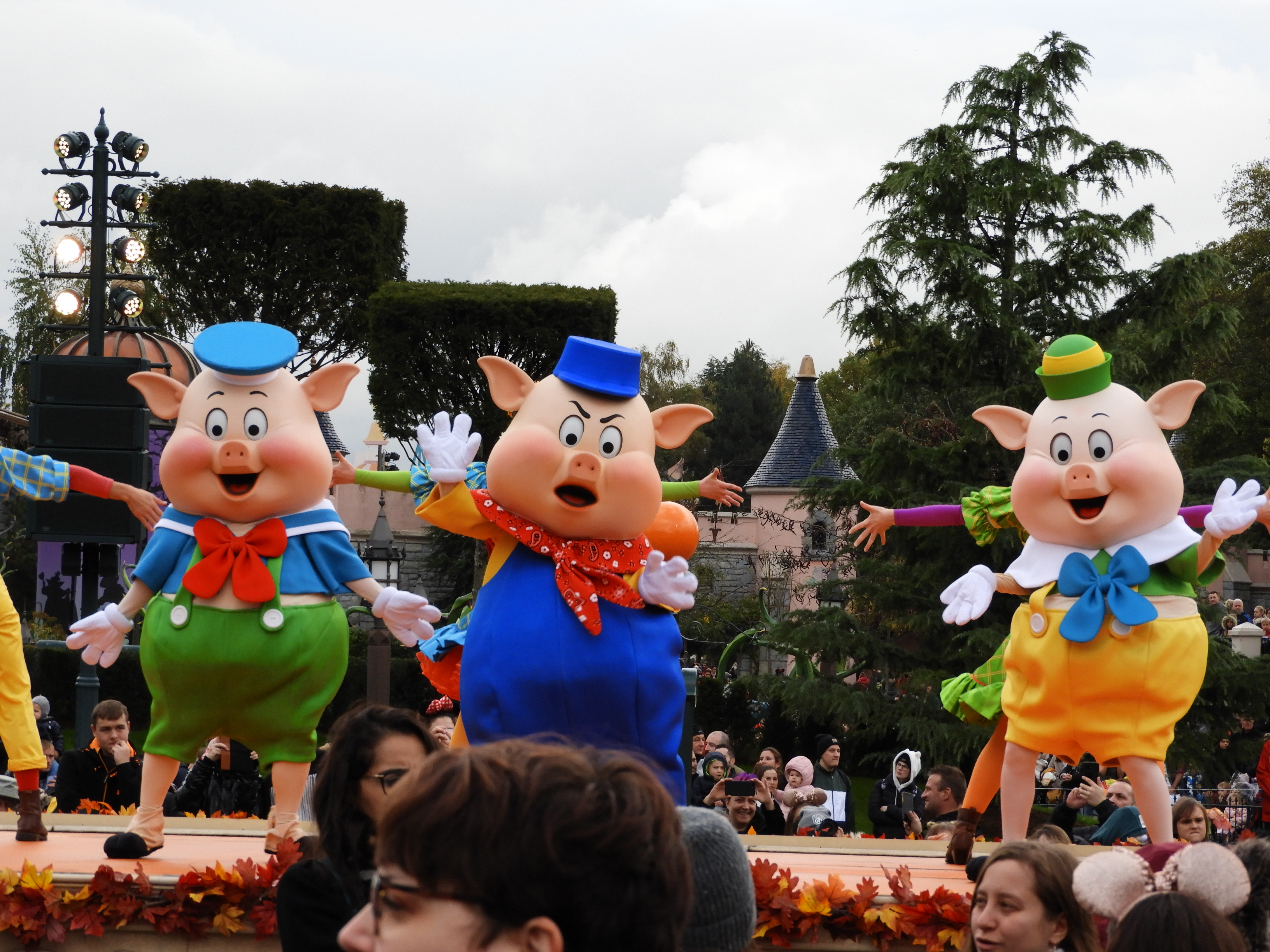 What a show! Alright, let’s jump to the studios! The newest ride there will soon open in the renewed Animation Celebration theater. A new Frozen experience will take you into the world of Anna, Elsa, Kristof, Olaf and Sven! 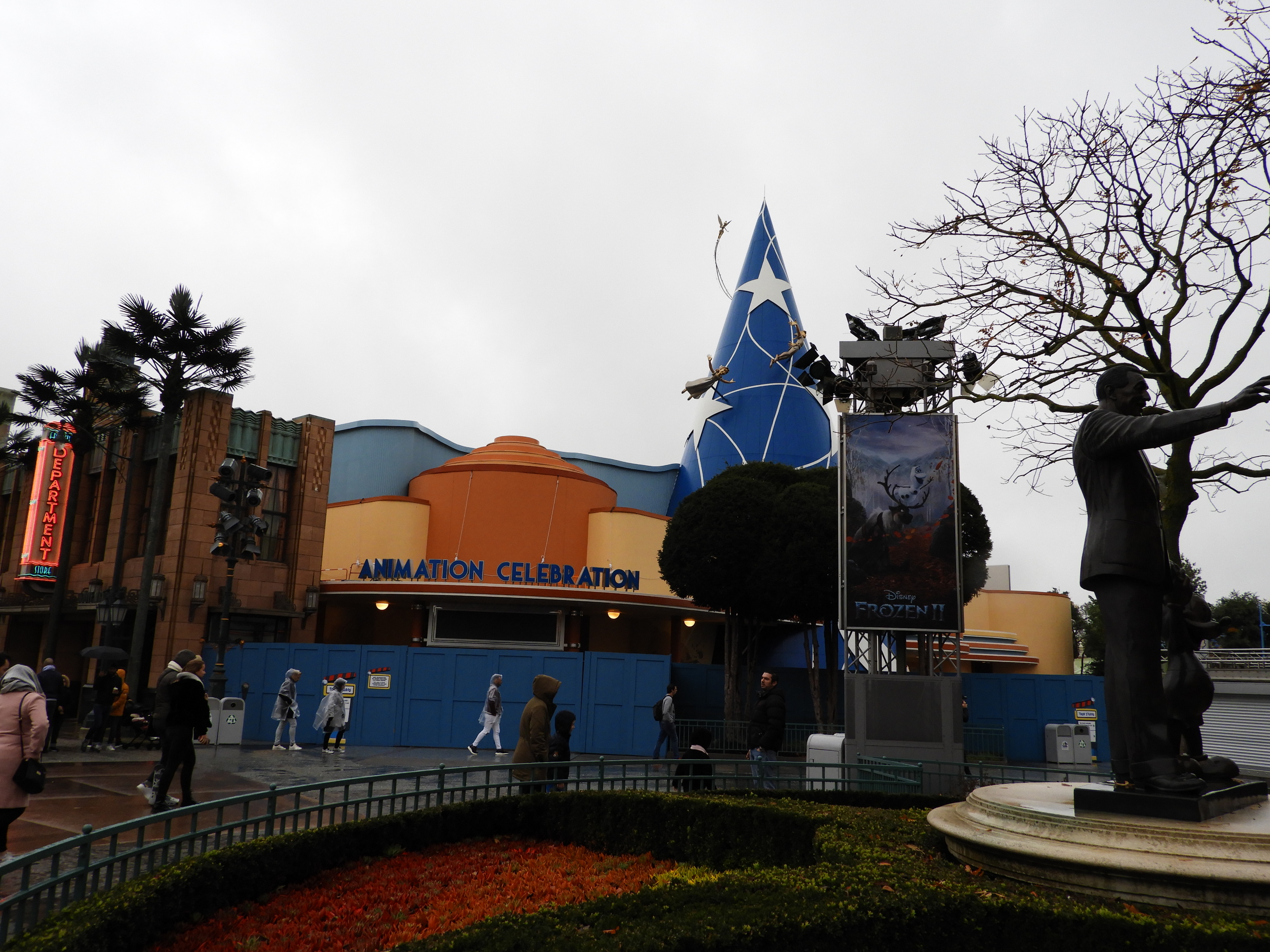 Honestly, the Studios isn’t worth visiting this time around when you don’t have a lot of time or budget. Half of the park is closed for the Marvel transformation. Speaking of it, things are really going up for the new Spider-Man ride! 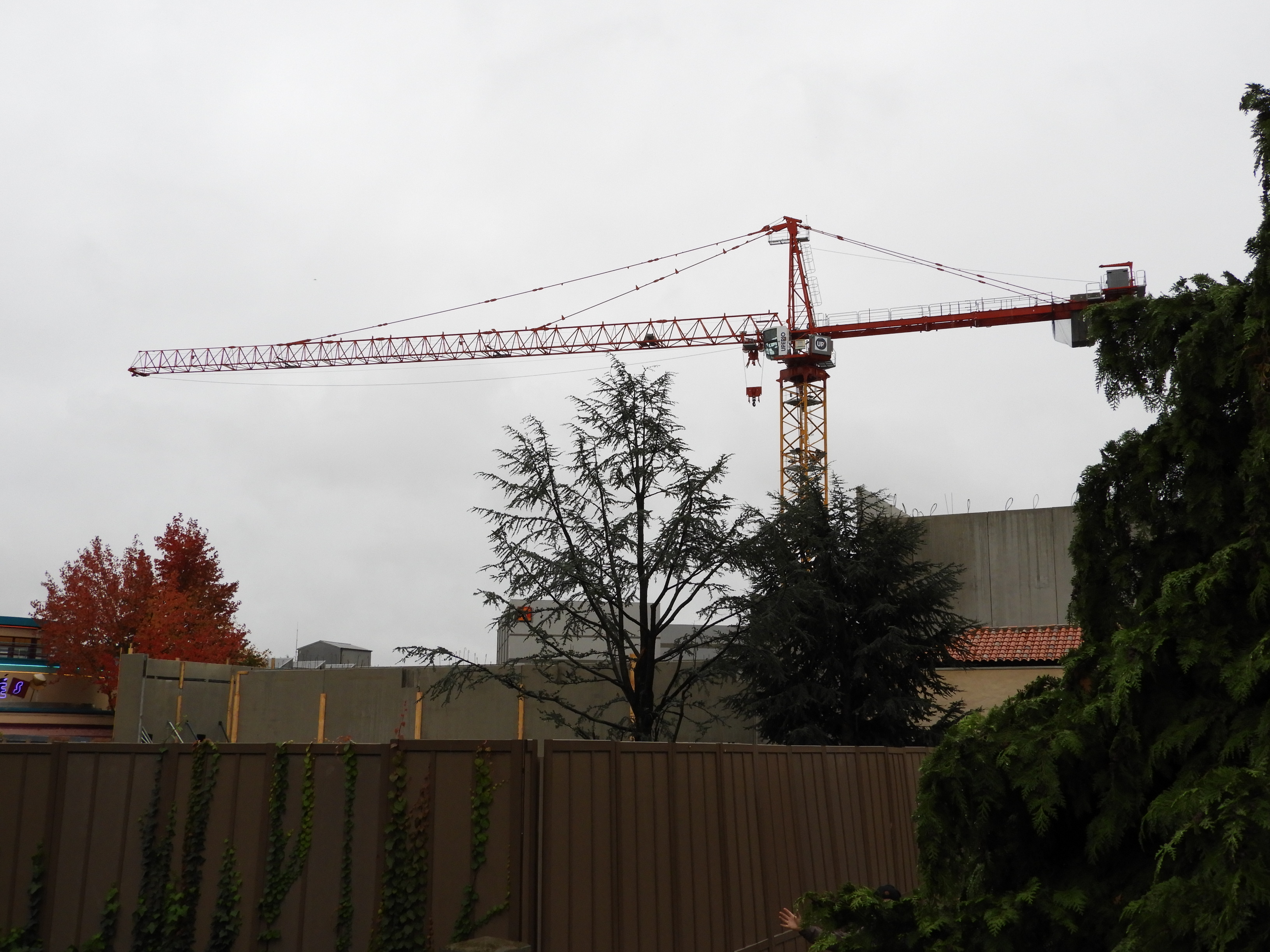 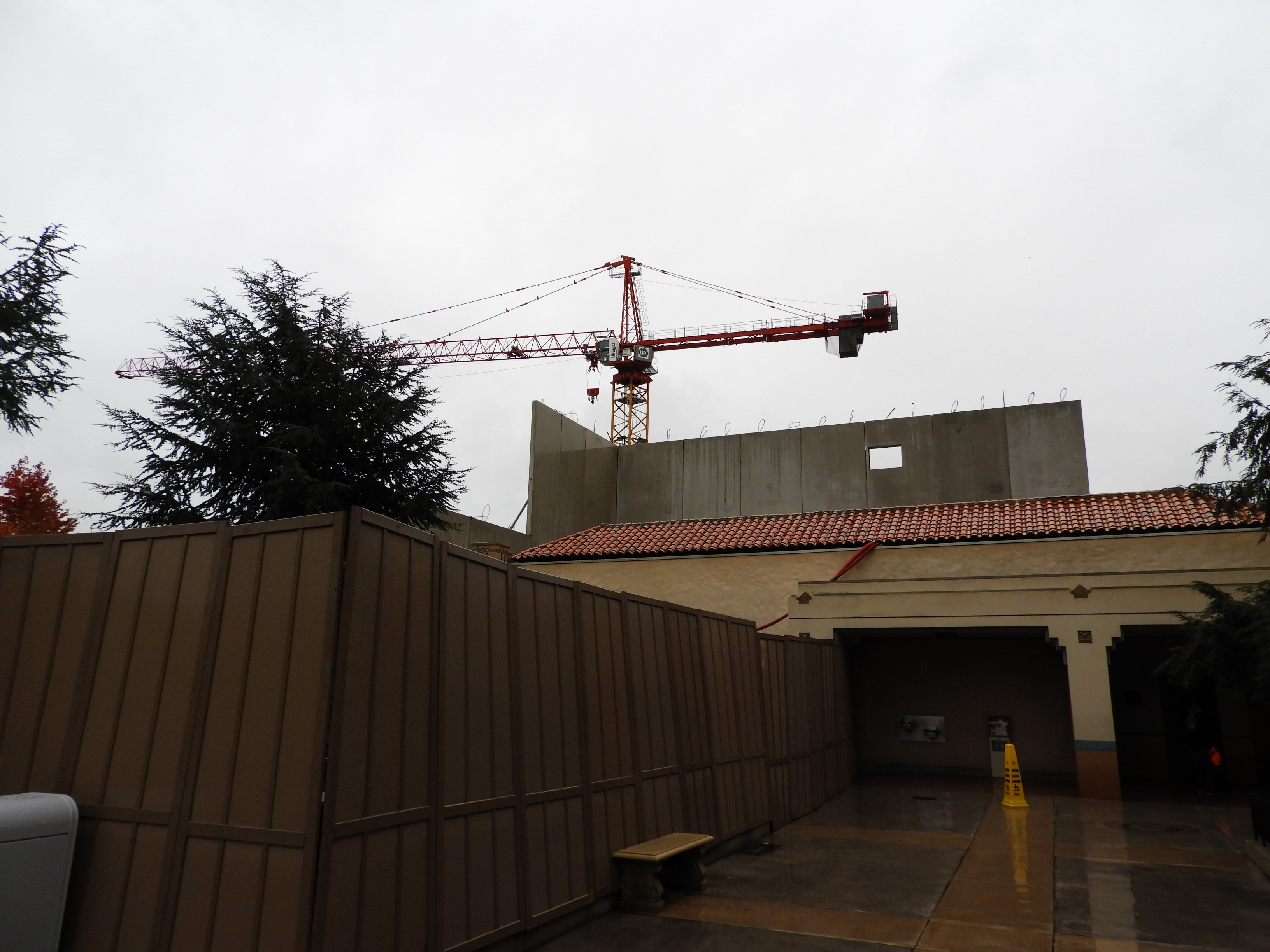 Luckily, there’s another building still towering above all: the Tower of Terror. And the new and improved I must say! Since the Halloween scenes, each elevator shaft has a new story. We had the most left one (when standing in front of it) which was the “The Malevolent Machine” where a little girl follows you along your journey. It’s a lot more creepy than before and the new program is definitely more thrilling. Unfortunately, we didn’t have the time to experience the other two stories: “The Shaft Creatures” and “The 5thDimension”. Overall, it does give at least one reason to visit the Studios Park. 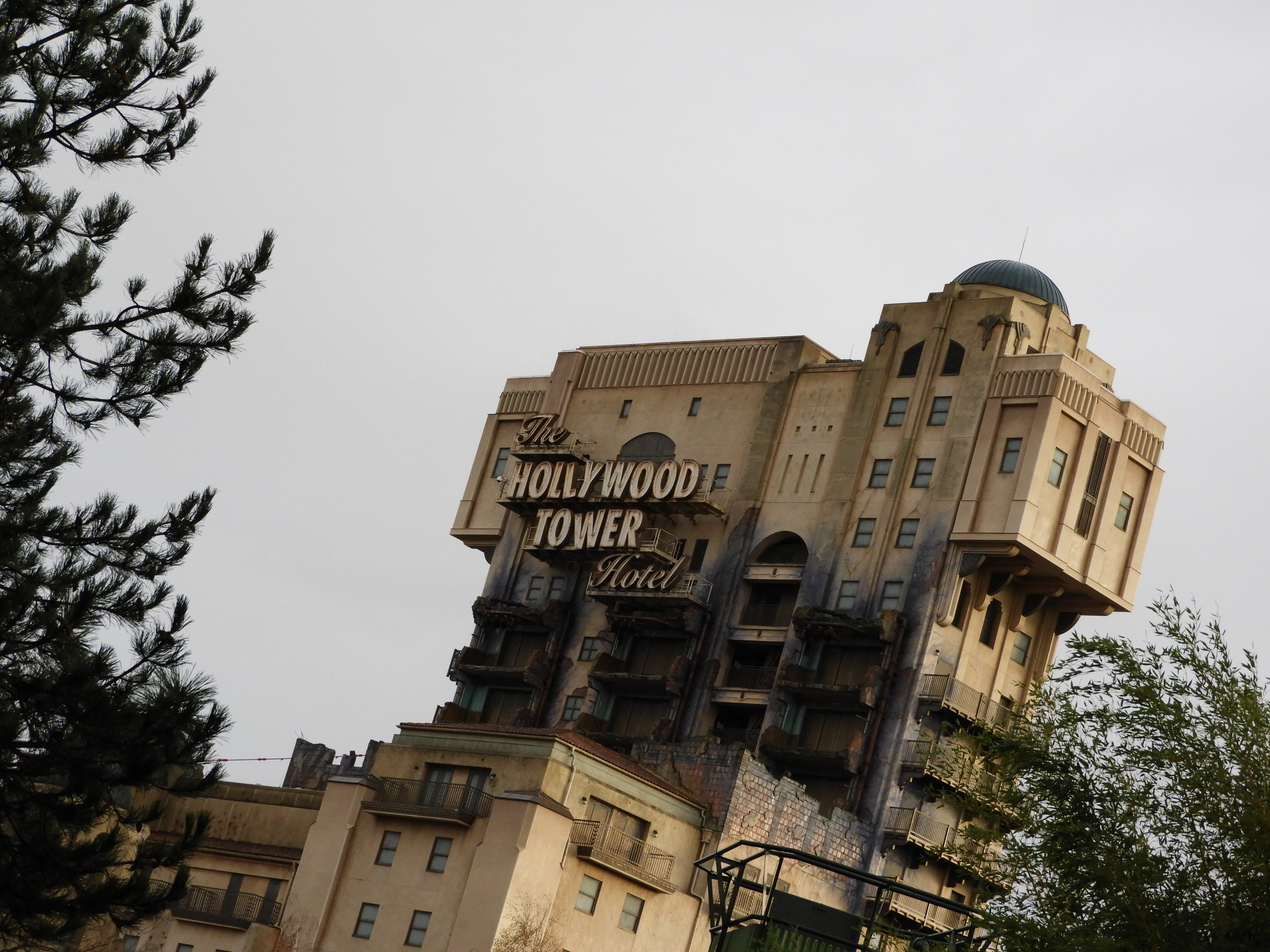 New out of refurbishment since long is the Cars attraction! Looking pretty good and for those of you who don’t know, next year we’re getting another Cars attraction. 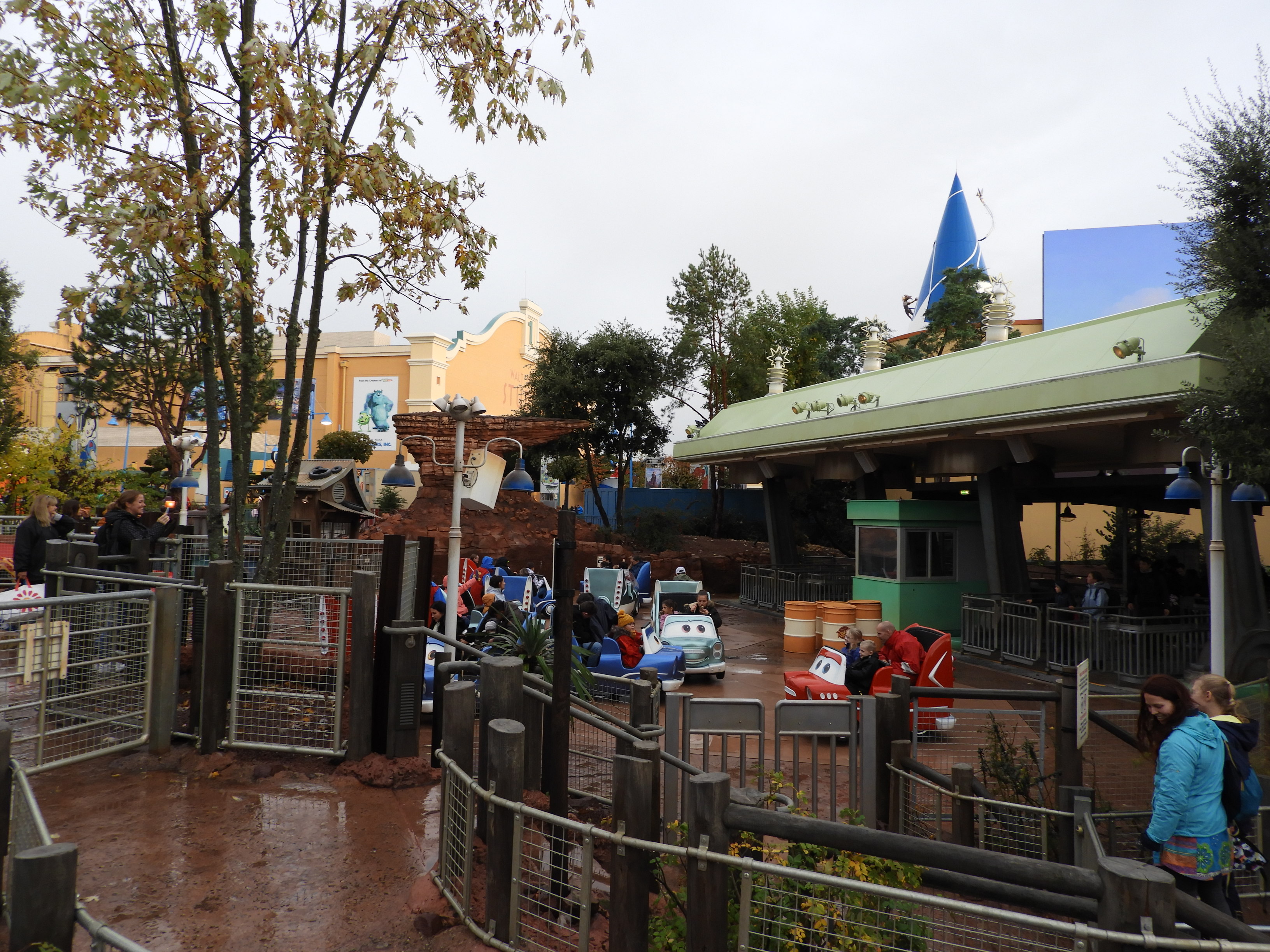 That’s right, the view you see right here will be gone soon. The Studio Tram Tour will finally be removed and be reduced to Cars Route 66. Basically the Catastrophe Canyon scene will be kept and the rest is still a surprise. It also means that the construction of the new midway going towards the brand new lake will soon be there! 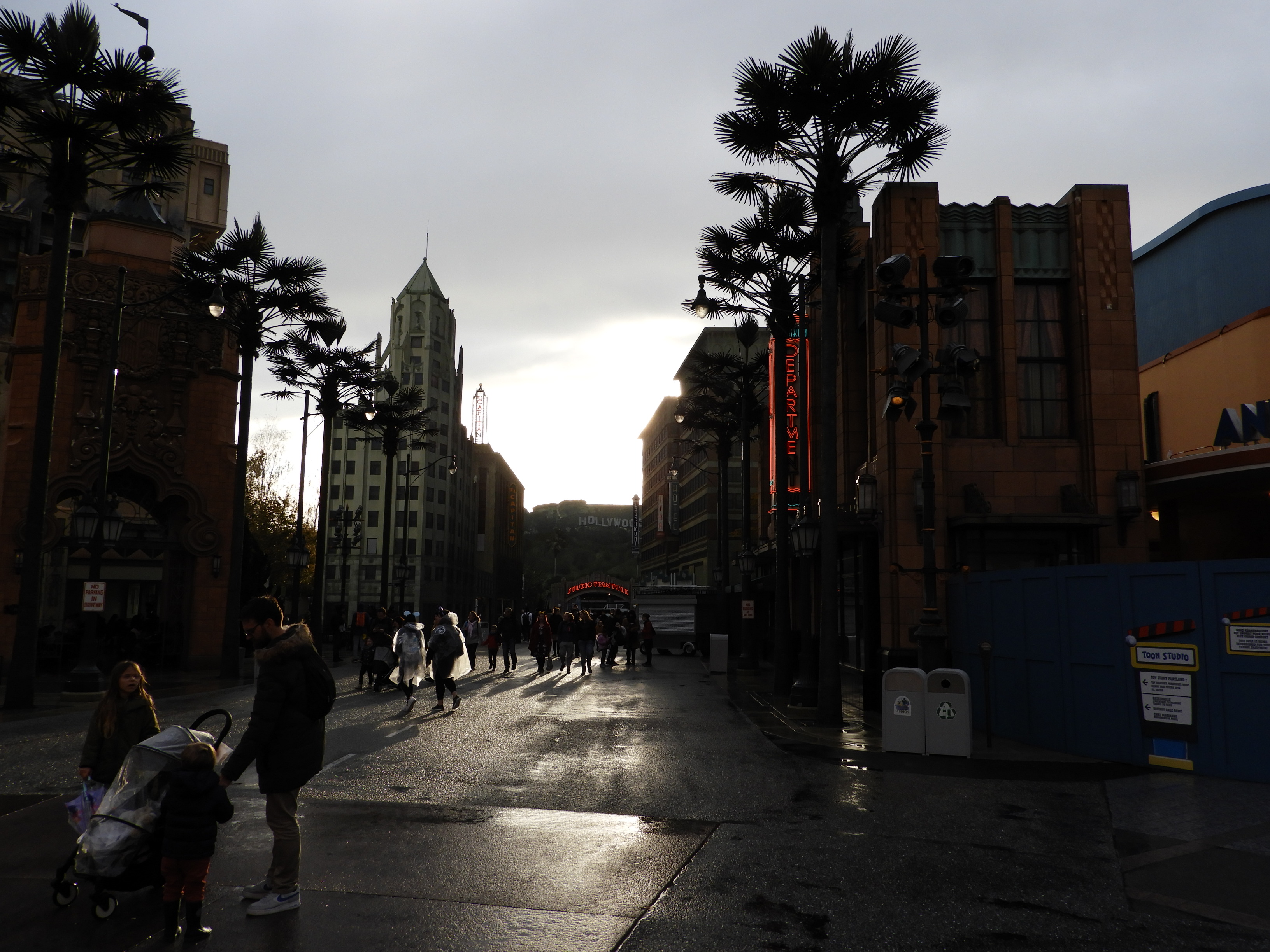 But before all that happens, we had to enjoy the rest of our day at the parks. We returned for the daily parade where the Maleficent dragon almost set fire to Main Street! Obviously we’re joking, because that would never happen at a Disney park right? 😉 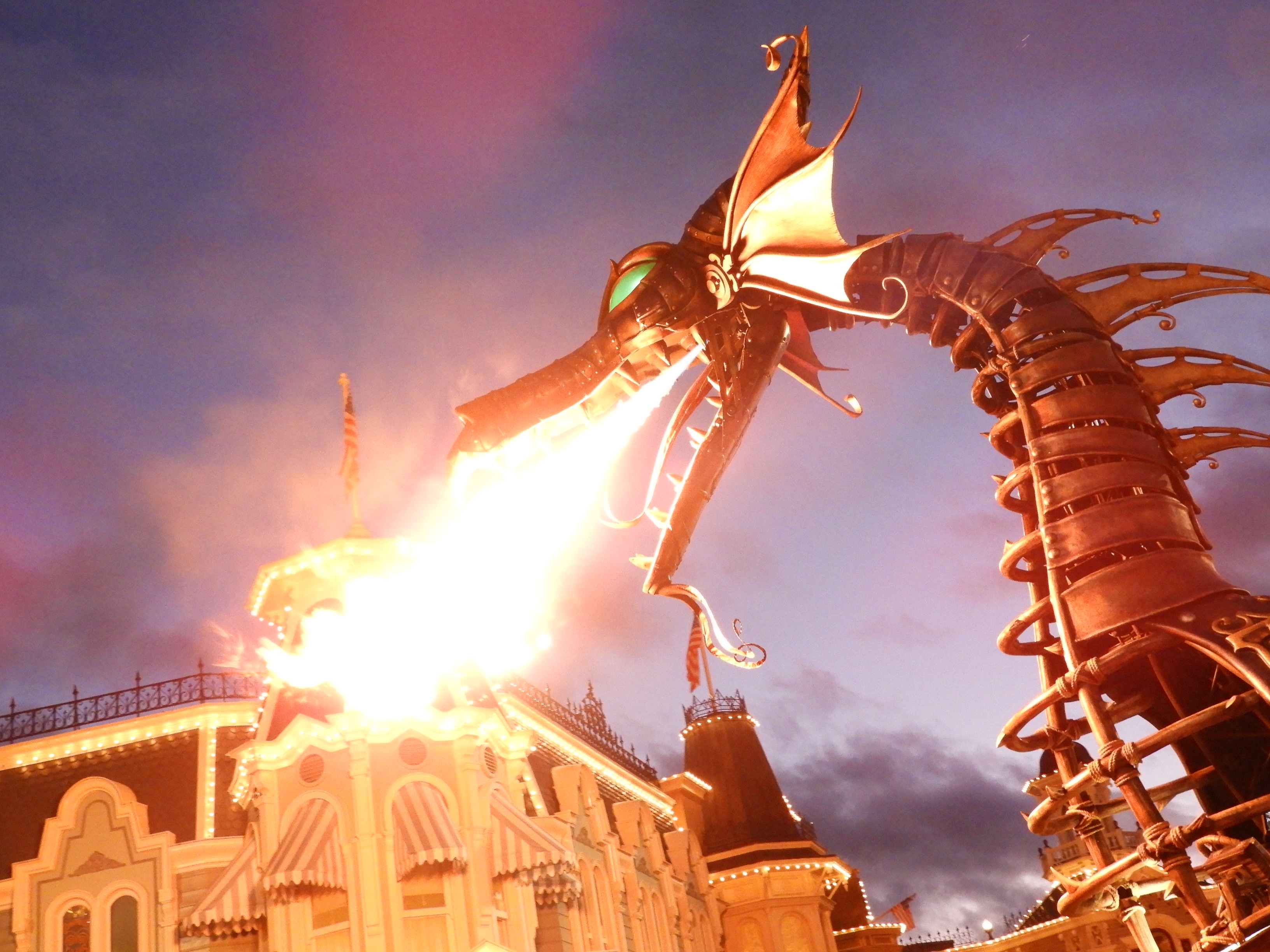 We ended our day with Hyperspace Mountain and that was it! Halloween at Disneyland Paris has become interesting again if you like Disney characters and entertainment. If you’re looking for all the thrills, wait just a bit longer as both Indiana Jones and the former Rock ‘n’ Rollercoaster were closed. Still, we had a perfect fall day and had a nice ending of the Halloween season! 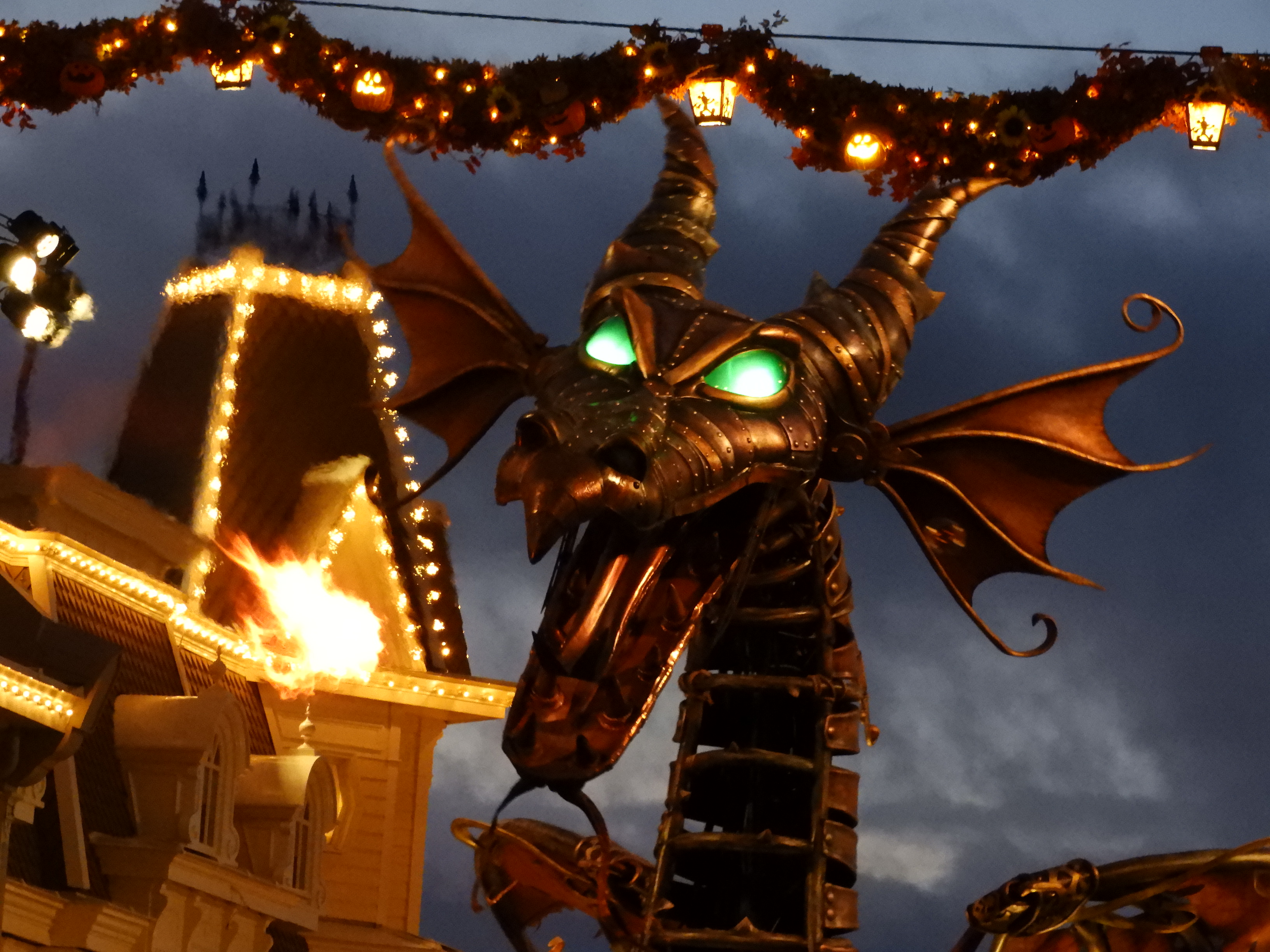 We have lots of amazing new content on the site, check out all these new reports: