Sven: Like other parts of the world, the Halloween spirit arrived at many of Europe’s theme parks. One of those park celebrates it for the 21st time: Movie Park Germany! As it is known to be one of the better events, we went to Bottrop for the first time to see the event’s mazes and enjoy the atmosphere!

Movie Park Germany also opened a novelty this year that we haven’t reviewed yet. Area 51 – Top Secret, the old spillwater, got an update since it’s opening in 1996. The retro vibe is still there, but lots of the old effects got restored or replaced. 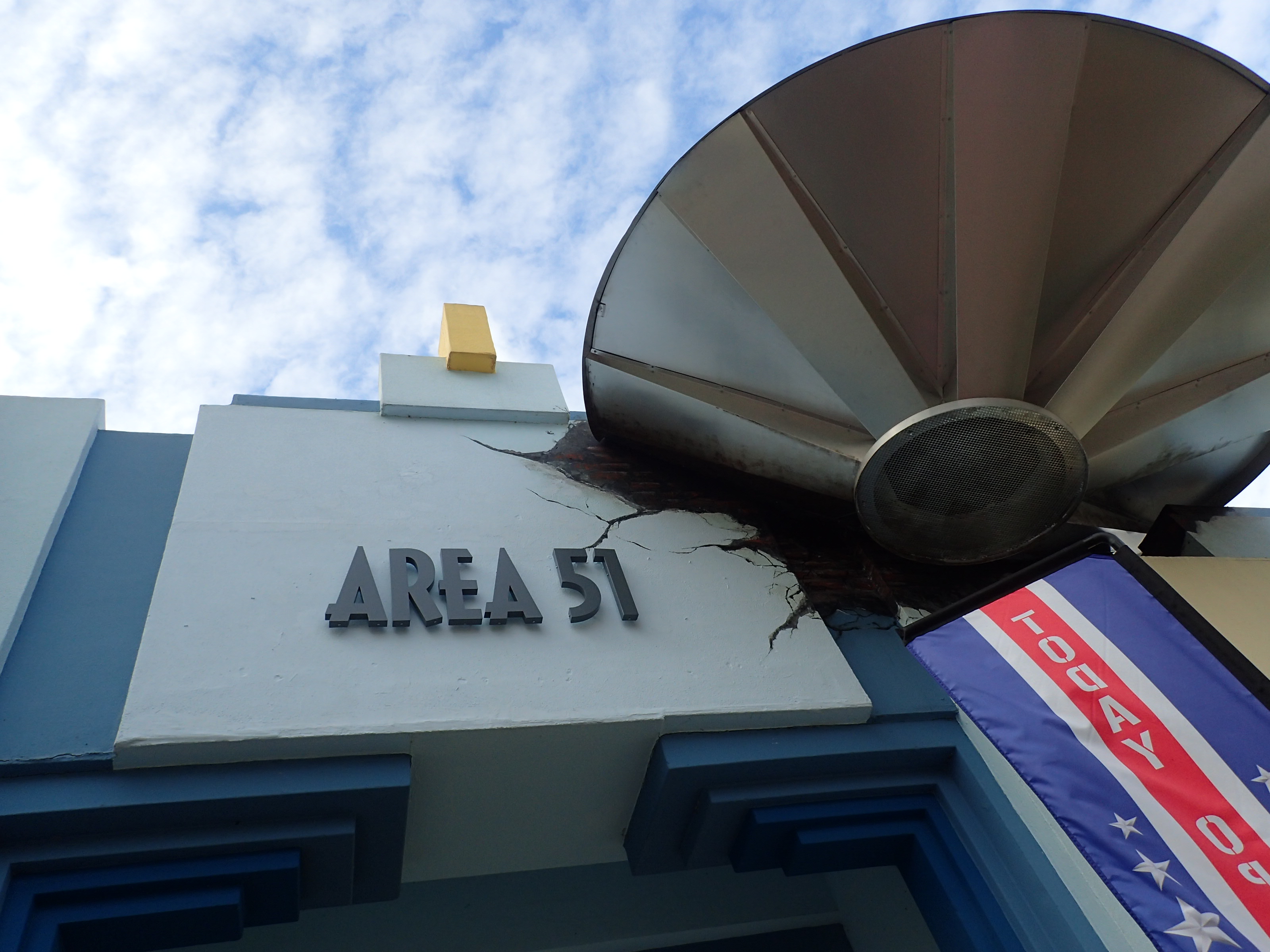 It might not have been the greatest idea to do it on a cold October day as it can get pretty wet. I haven’t done the ride in its prime years right after park opening but I expect it to be similar to its state today. Personally, I quite like the retro vibe even though it has some flaws here and there. For example digital screen where nothing happens… why even bother then? Oh and what’s definitely different compared to before is the antenna on top of the largest volcano. Don’t expect any eruptions anymore…

That said, it is still a fun ride and the queues also give nice views on Star Trek: Operation Enterprise! Still the star of the park! 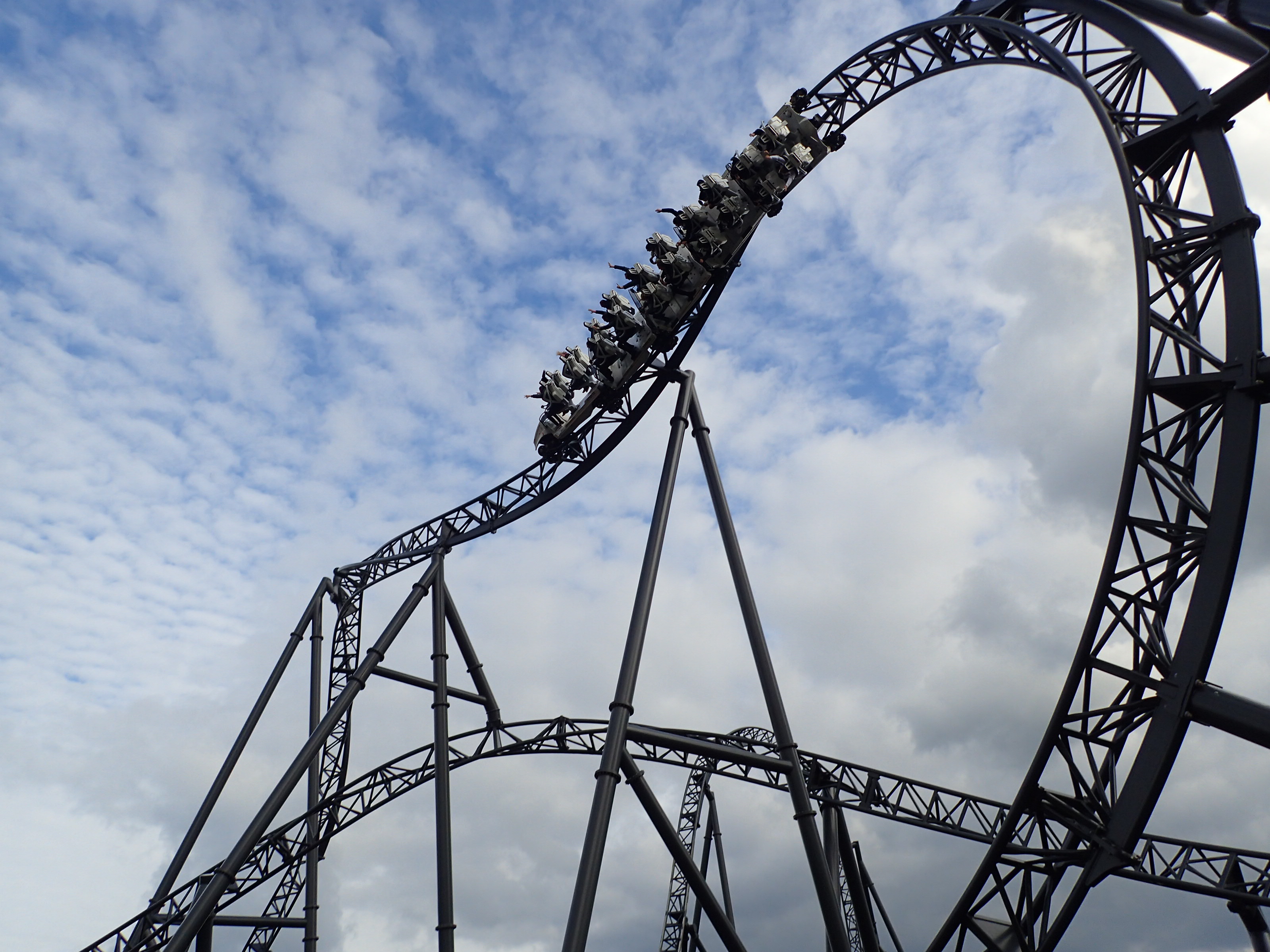 Now it’s time to get in the Halloween spirit. We only arrived at 3 pm in the afternoon as during the day, it can get pretty crowded as the houses aren’t open yet. By 4 pm, the first mazes open so that’s perfect to start. During the Halloween Fest, the park is divided in 4 areas: Horrorwood Studios, Acid Rain, The Dead West and Fear Pier. Basically you can count Nickland as a 5th area where kids can enjoy a monster free area. Instead, they can enjoy activities such as pumpkin carving, face painting… The other areas however, get spooky actors but only when it turns dark. 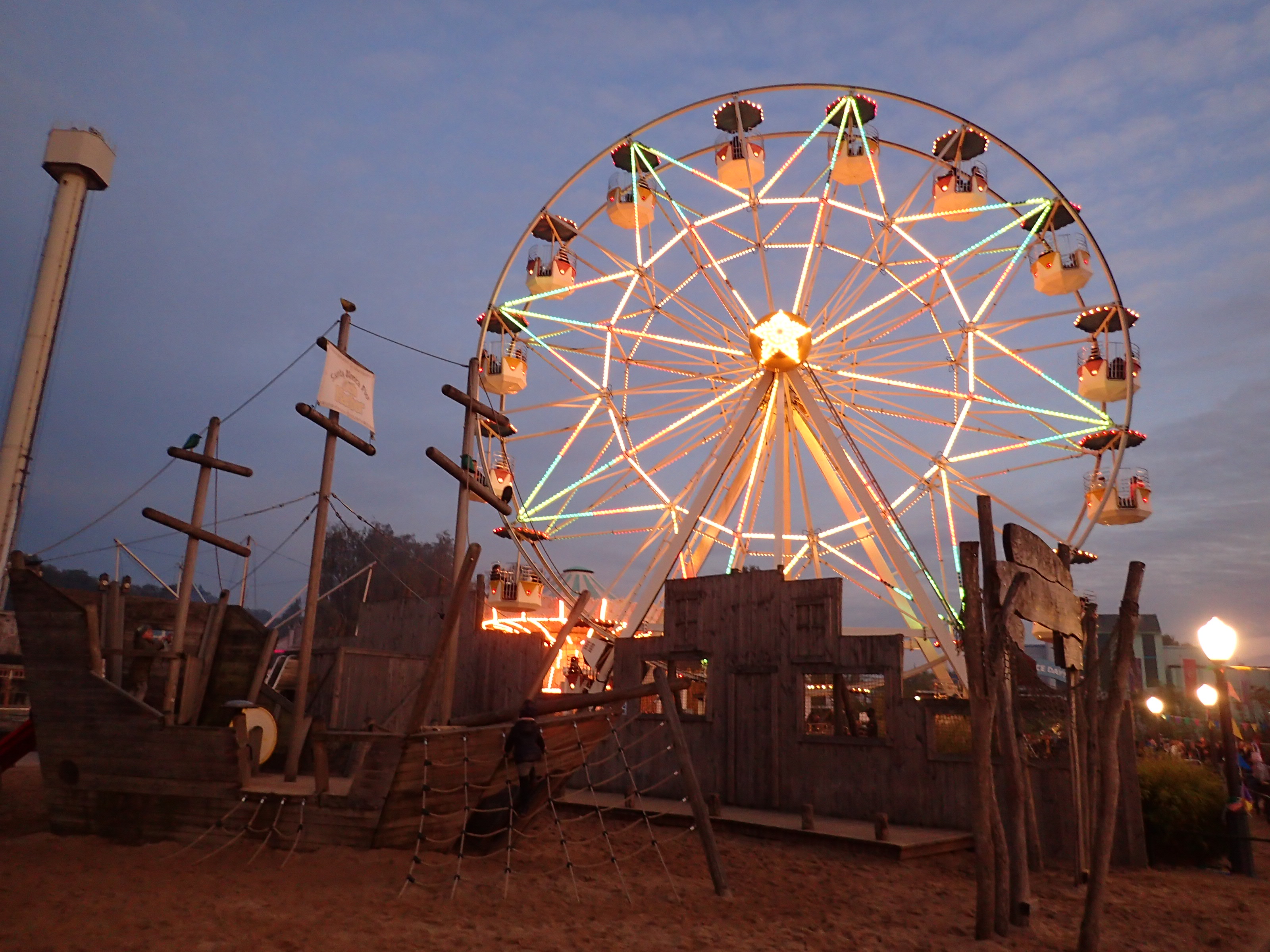 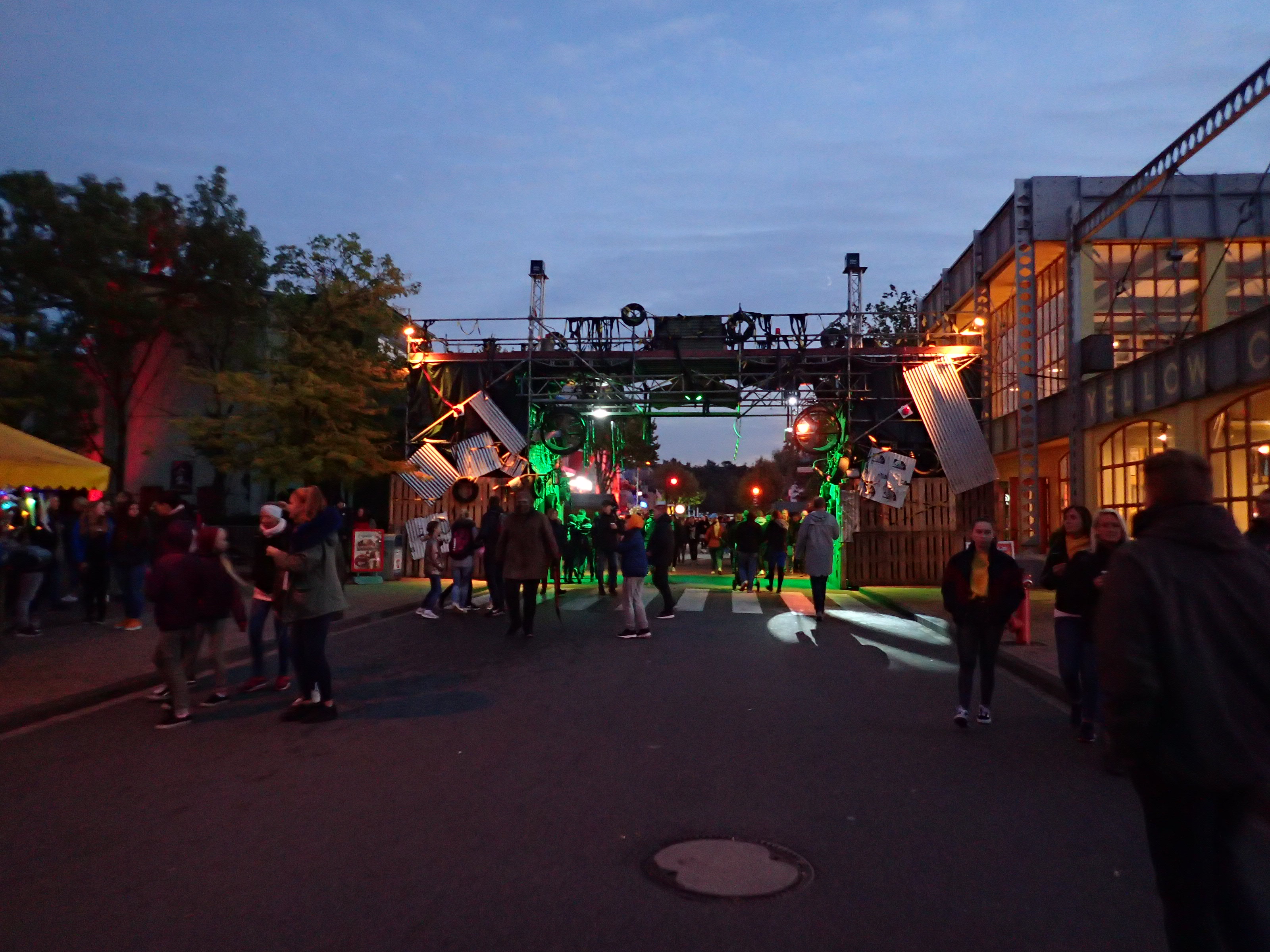 We’ll review the several mazes as we did for our other reviews, so before we do that, there’s more to tell about the event itself. Besides the extra theming, you can enjoy extra food and drinks. For example, treat yourself to some “BlutSpritzer”. 15% of alcohol with a medical taste. 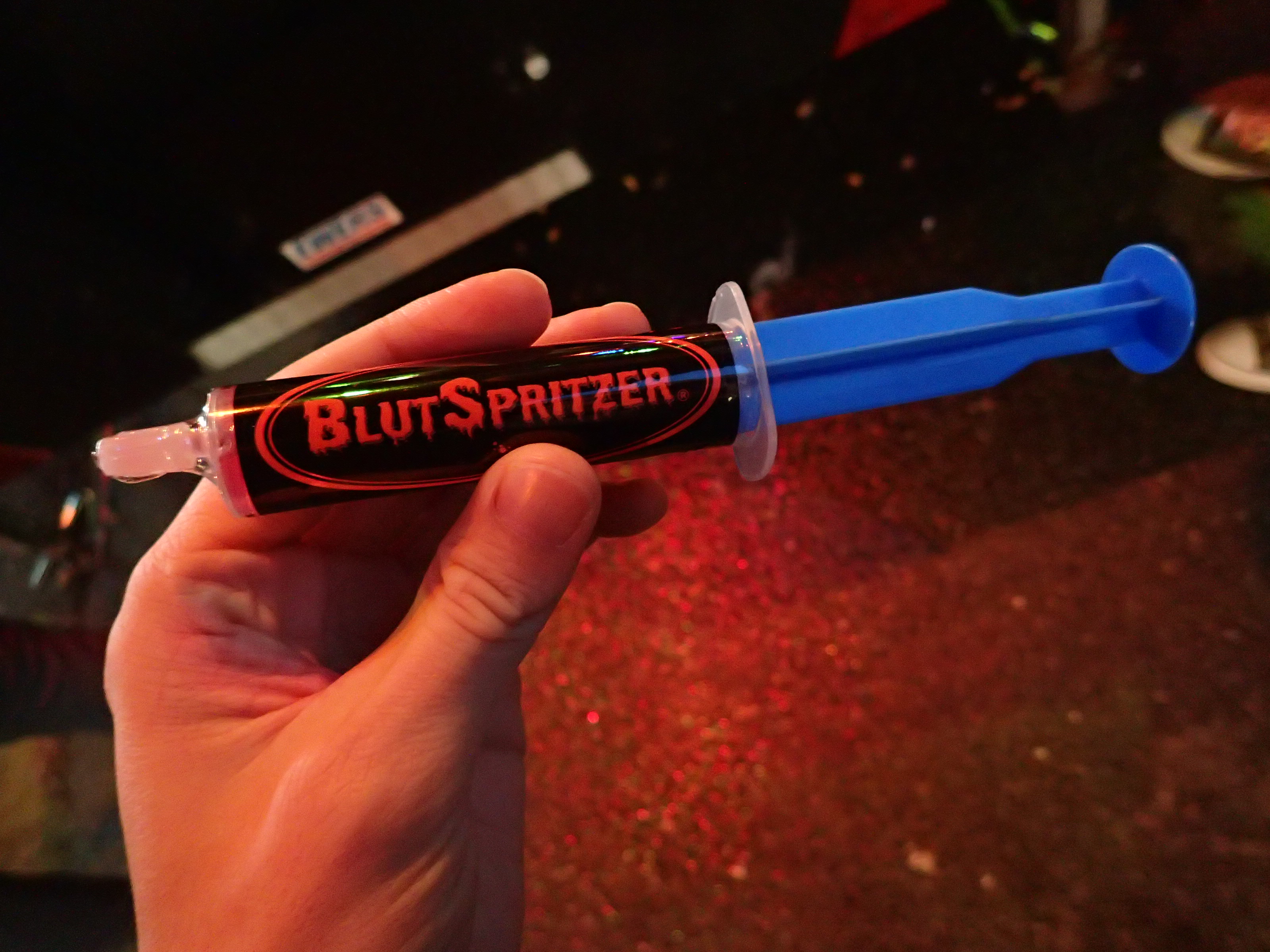 One ride also gets a make-over during the Halloween Season: High Fall becomes Terror Tower. Also best experienced in the dark as the drop becomes even more thrilling! 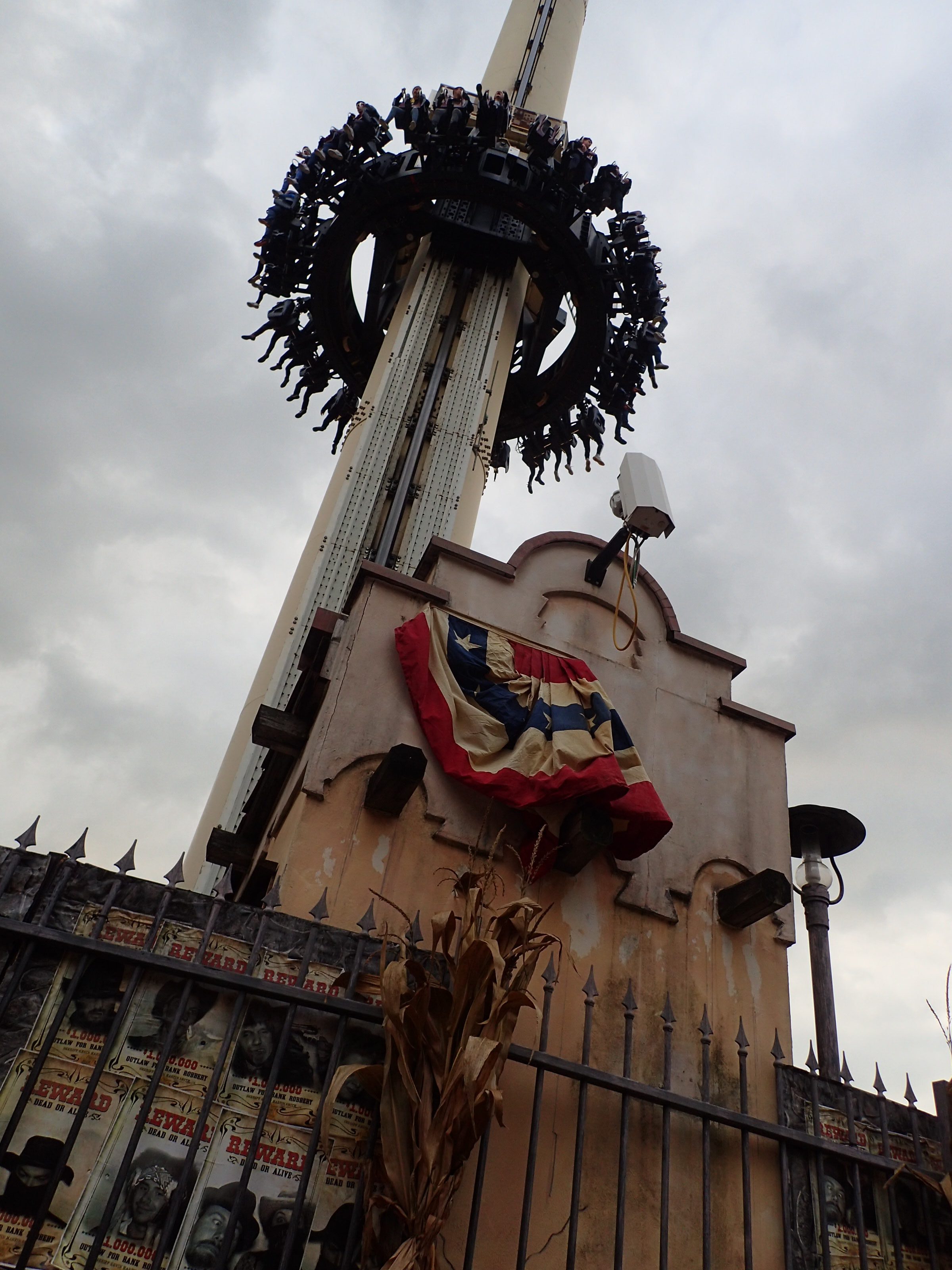 Another plus side about the mazes: different views from the coasters. For example MP Express and Bandit! The two true horrors of the park! #RMCIT 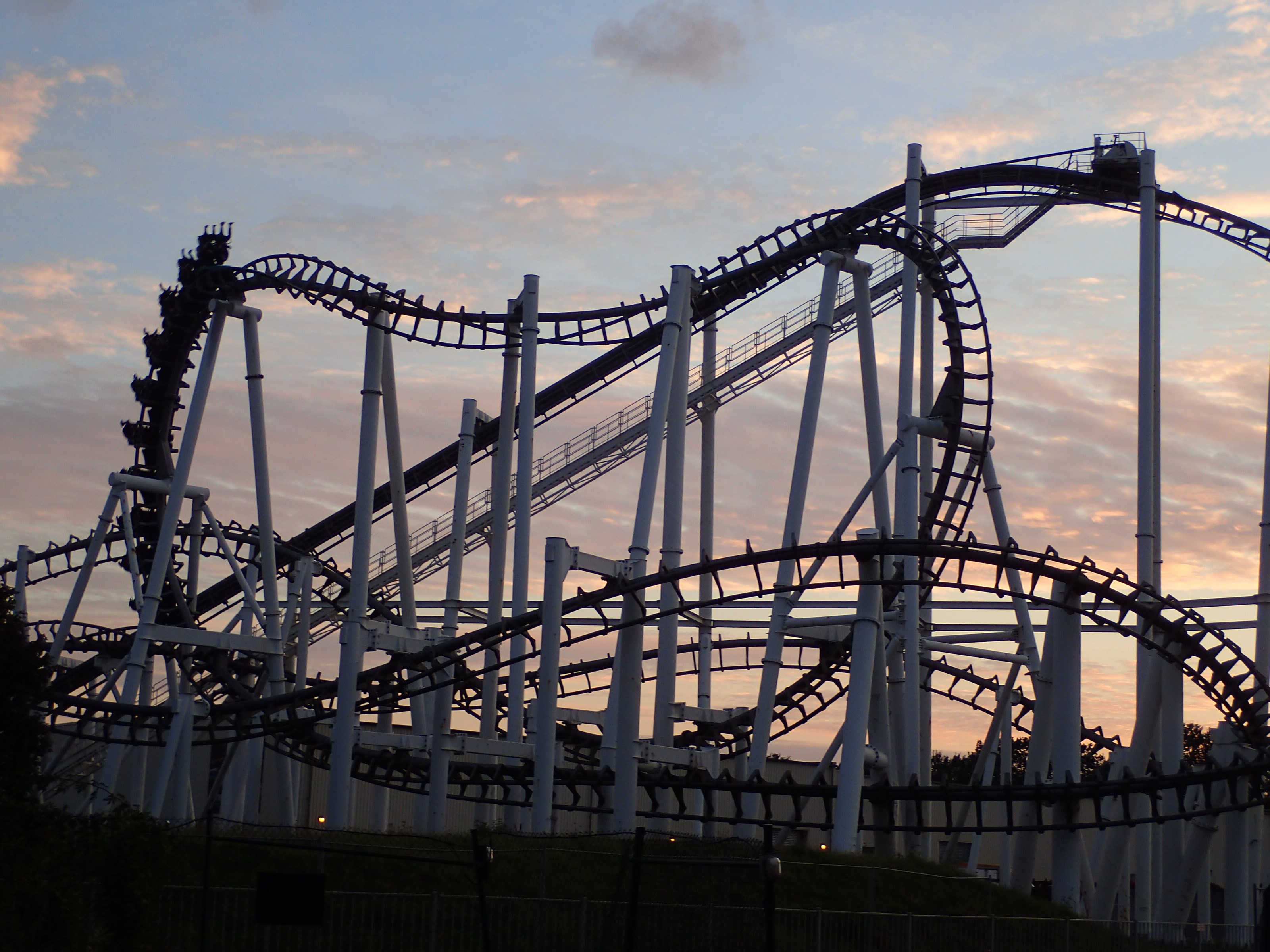 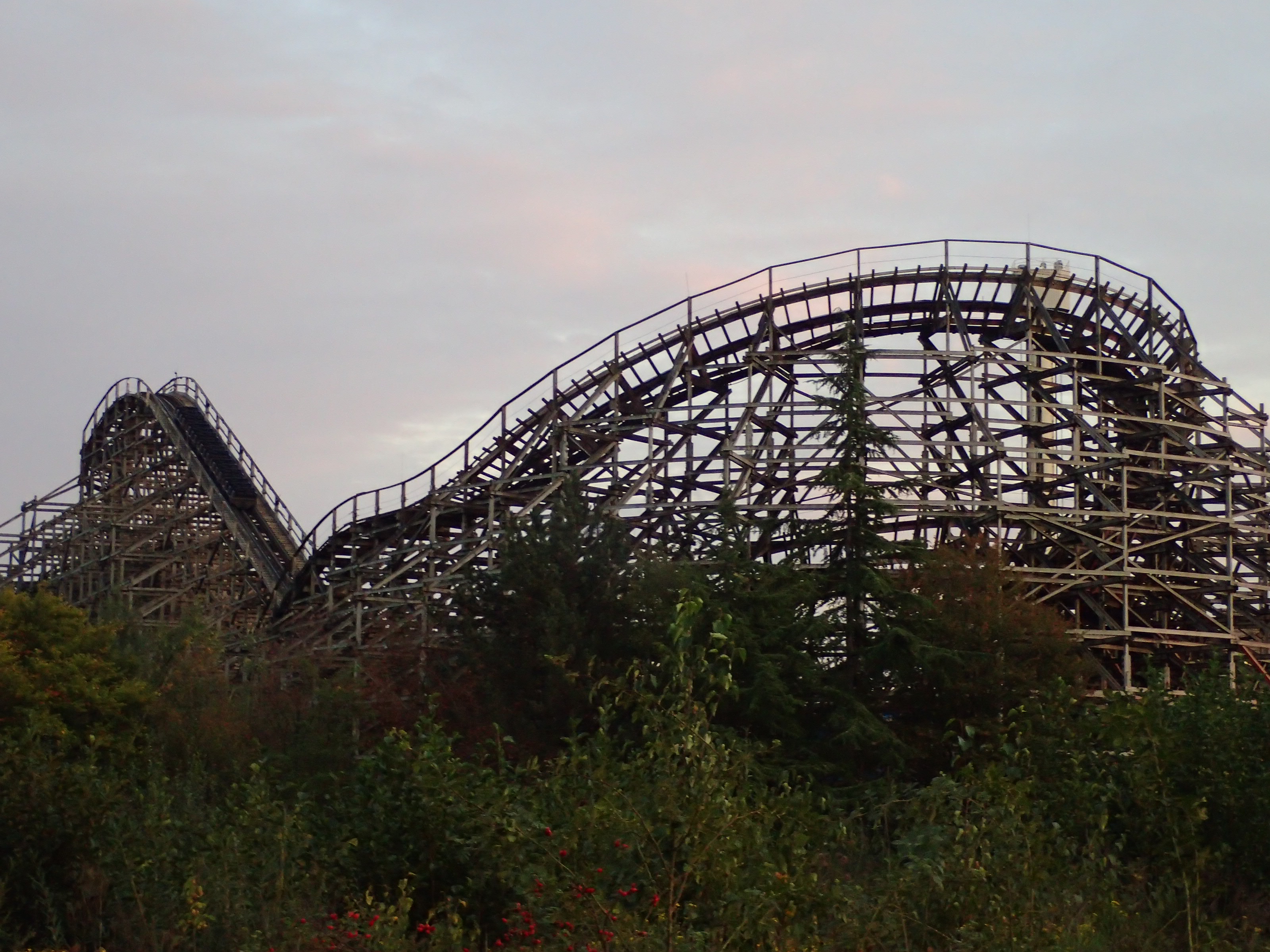 Once it turns dark, the atmosphere can be experienced as it should during the Halloween season! 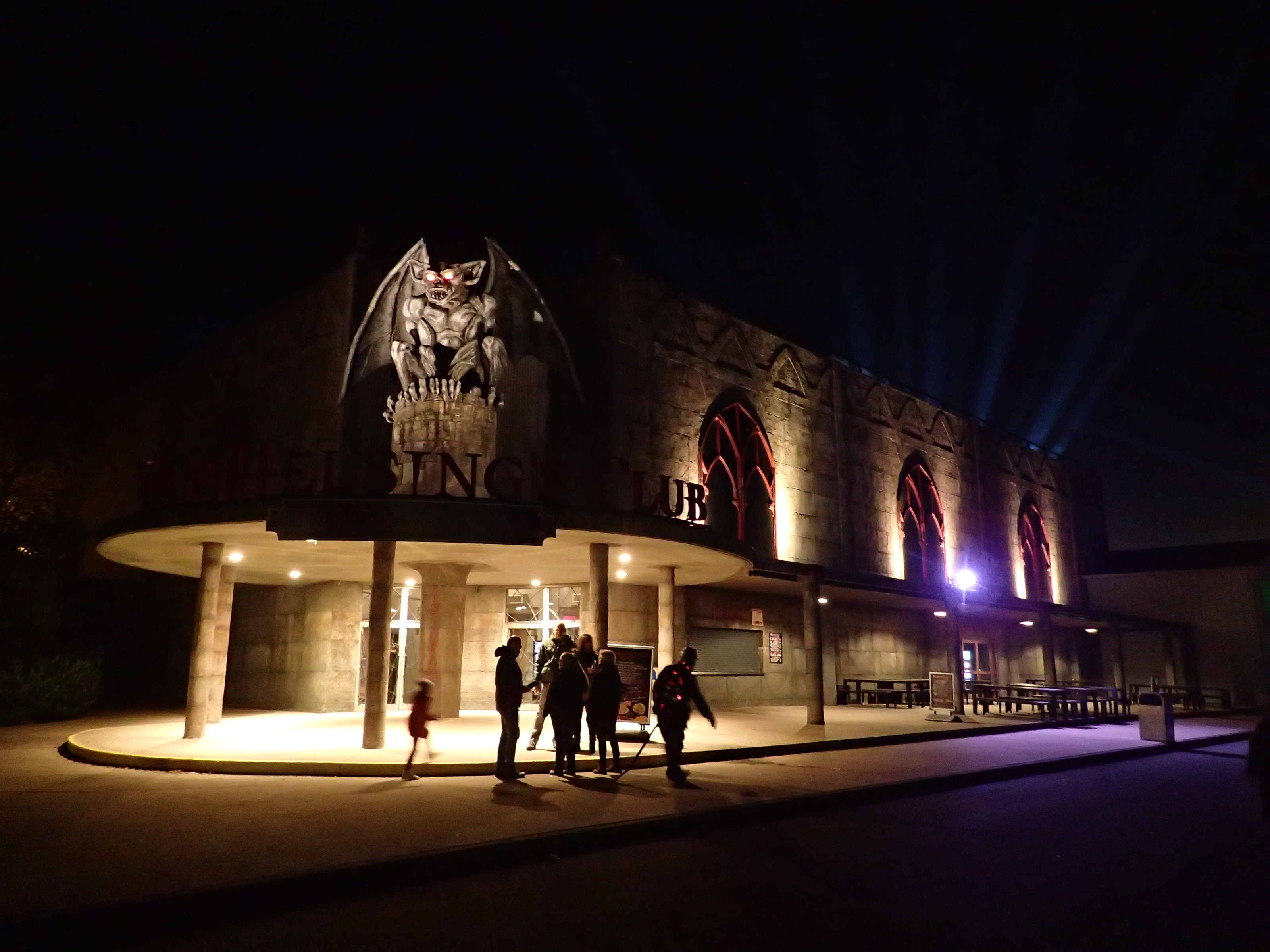 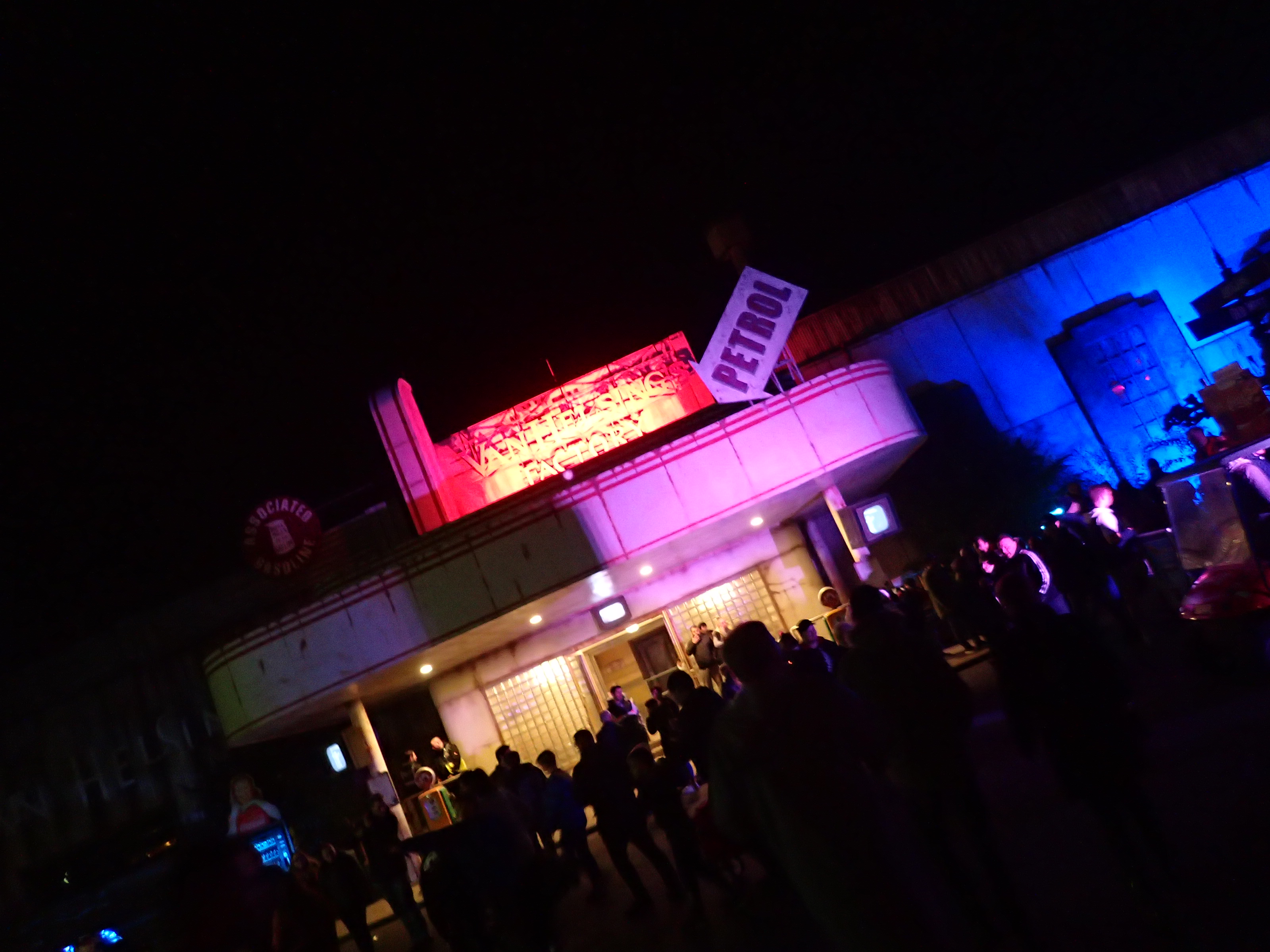 New this year: a 4D Film about “Es” or better known in English: “It”. We didn’t see it ourselves as we don’t have a need for a German “It” and also we didn’t have the time. 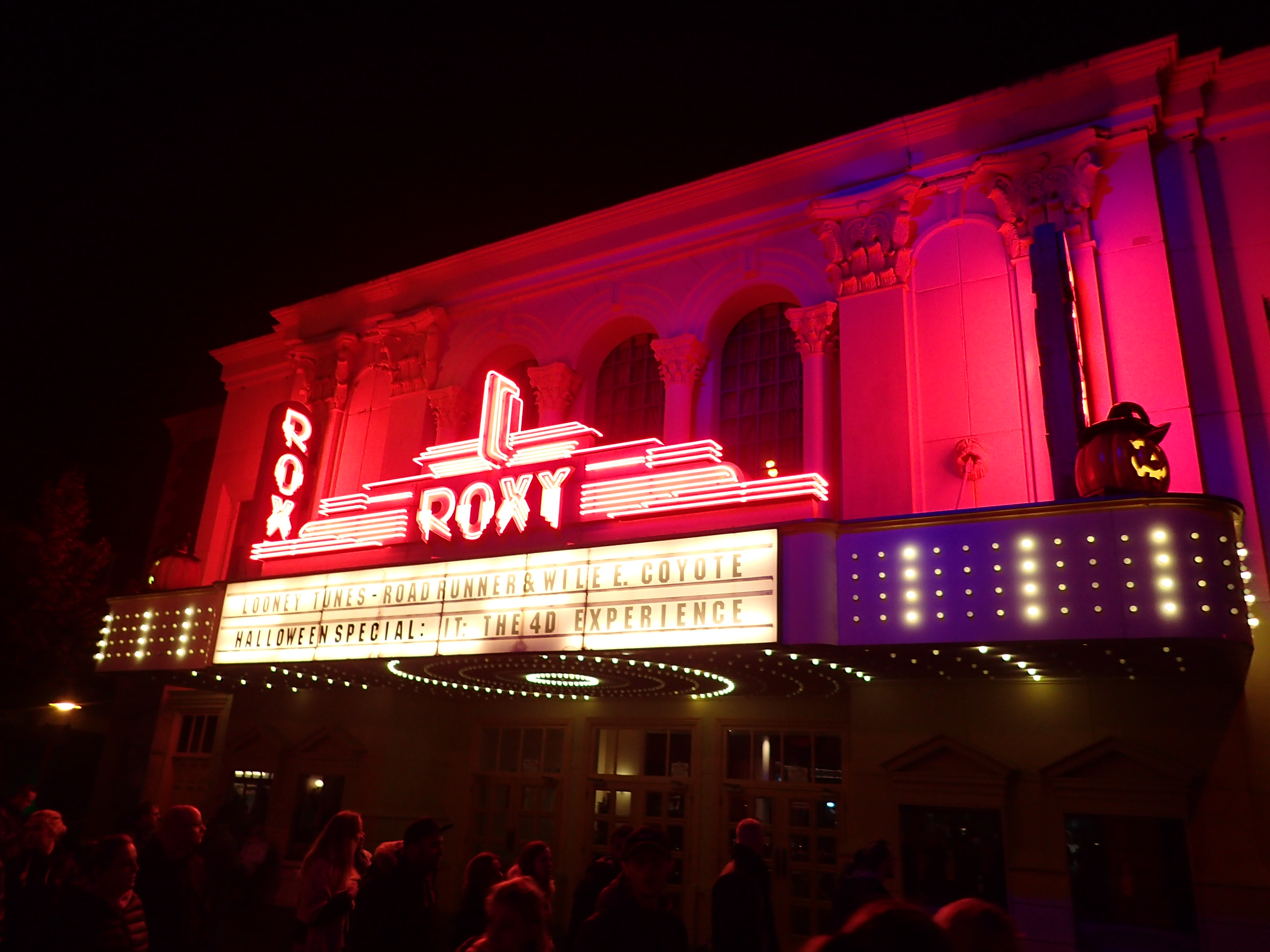 At the end of the day, there’s a fireworks spectacular called: ?. Here, you end the day with a bang as you can really see lasers and fireworks up close! And with Star Trek as wonderful background! However, due to complaints, they will replace the fireworks by something different as the neighbors complained too much apparently… It’s already a cheesy show and the fireworks were what made it better though. 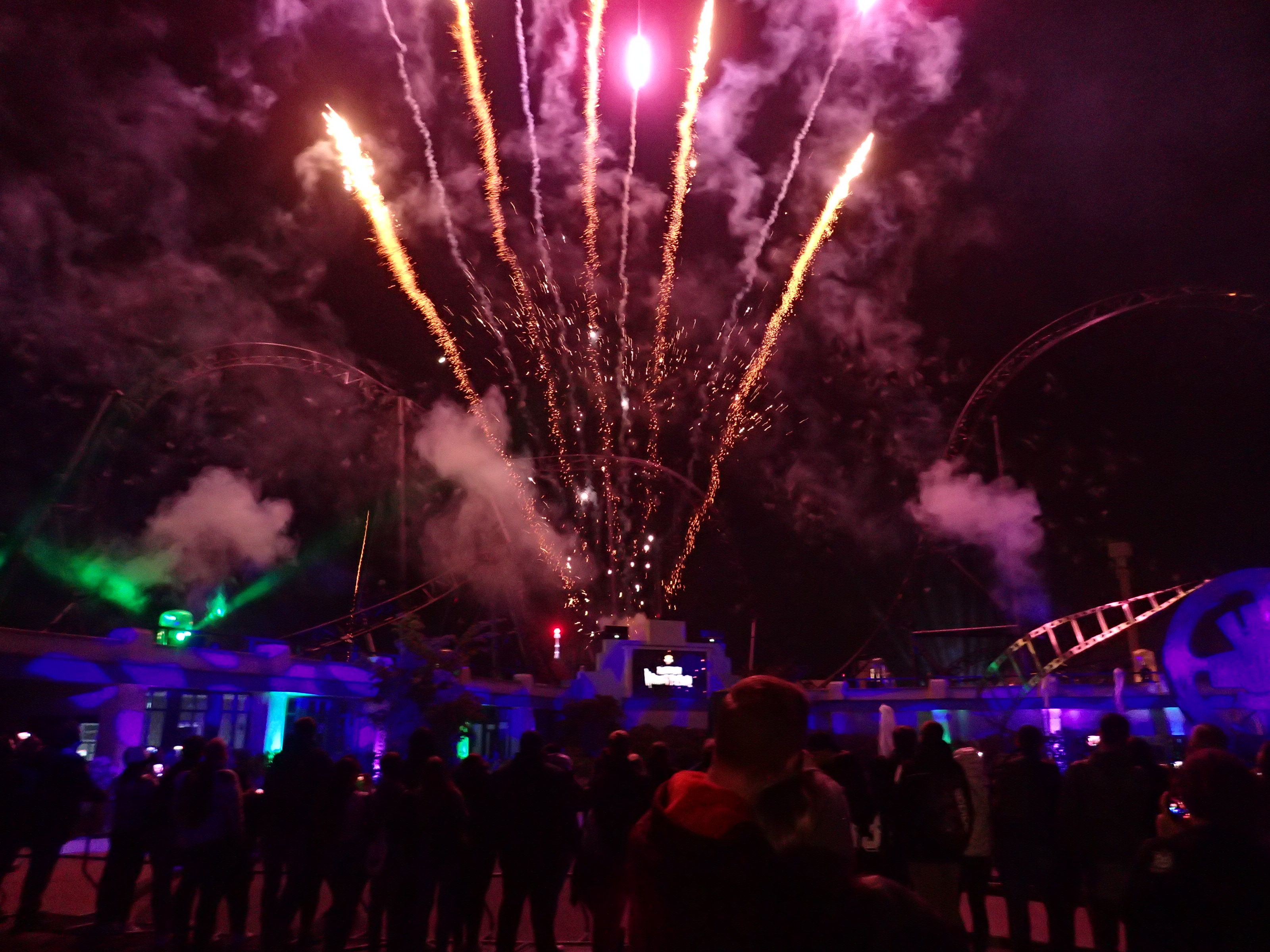 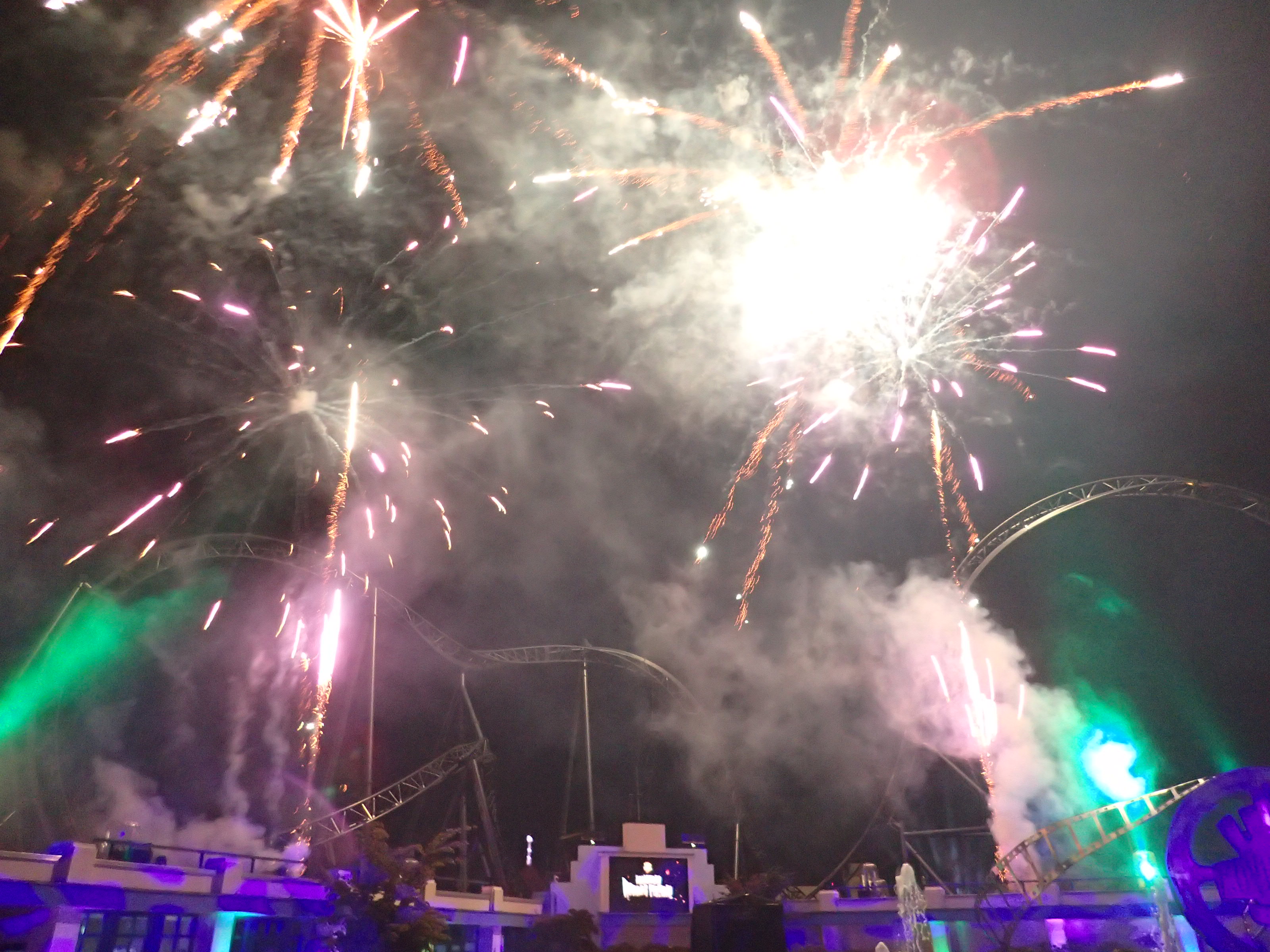 But it’s not the ending for you just yet! We still have to discuss the mazes. There are 8 in total, but we’ll only review 2. Why? Well one of the major advantages of this event is that all mazes are free! Except two, so we didn’t bother paying for them. That still leaves us with six mazes to rank so let’s get to it!

Read all about the mazes on page 2!