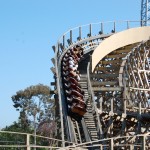 We told you we’d be returning soon, and we kept that promise. It was hectic, to say the least. The combination of the Super-Cross event taking place at the nearby Levi’s Stadium, and the concert being held at the park by local radio station 99.7, things were pretty insane. There is also lots going at the park such as the reopening of quite a few rides, so let’s continue shall we?

As previously mentioned there was a Super-Cross event taking place at Levi’s Stadium next door, which in combination with CGA guests came very close to filling the parking lot. Thanks to our good friend Hannah for this sweet photo of the event. 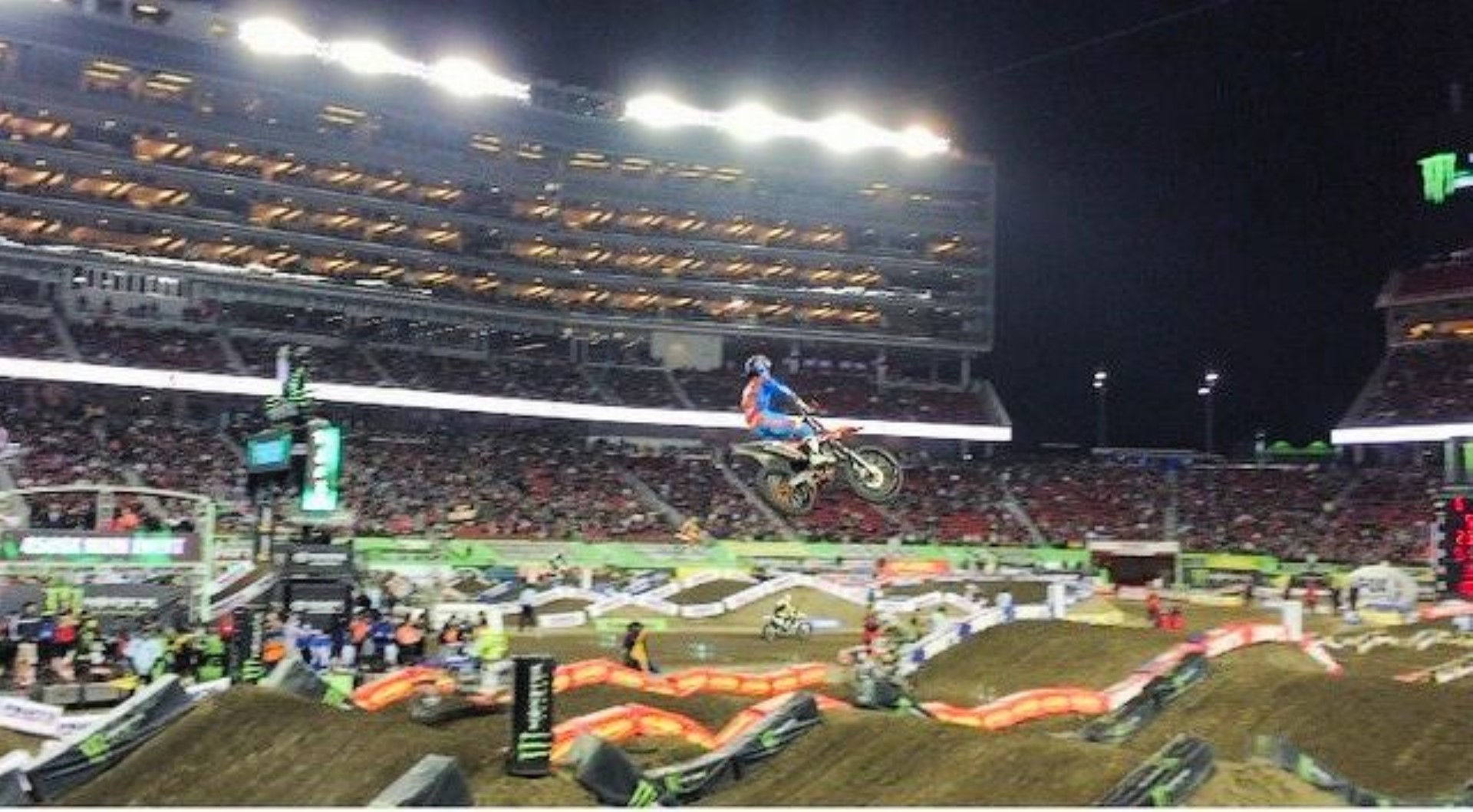 There was tons of advertising for the concert even before we entered the park, such as this truck and tent just outside the ticket booths. 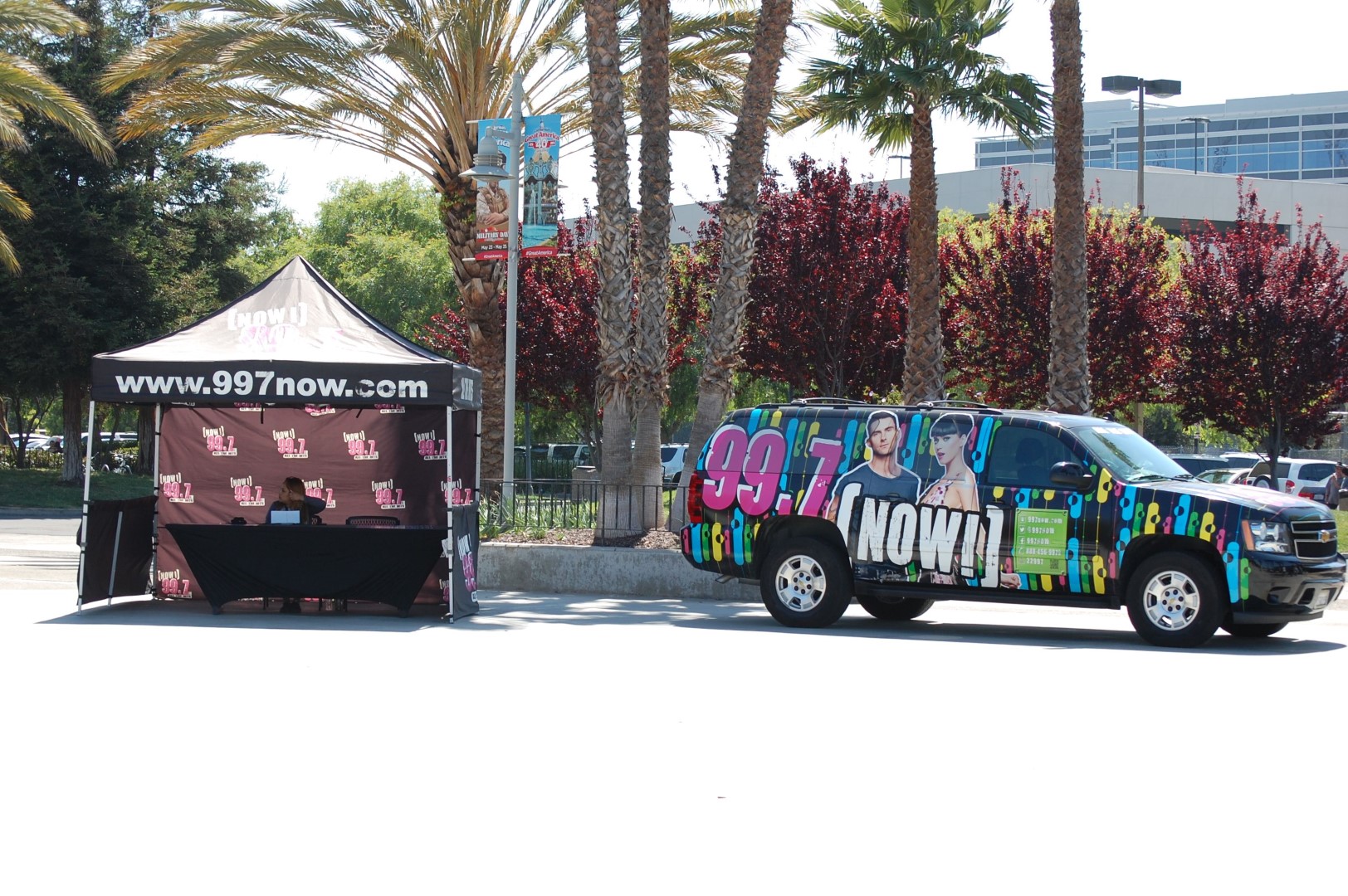 There was plenty of promotion inside the park as well, many signs were posted everywhere throughout the park. 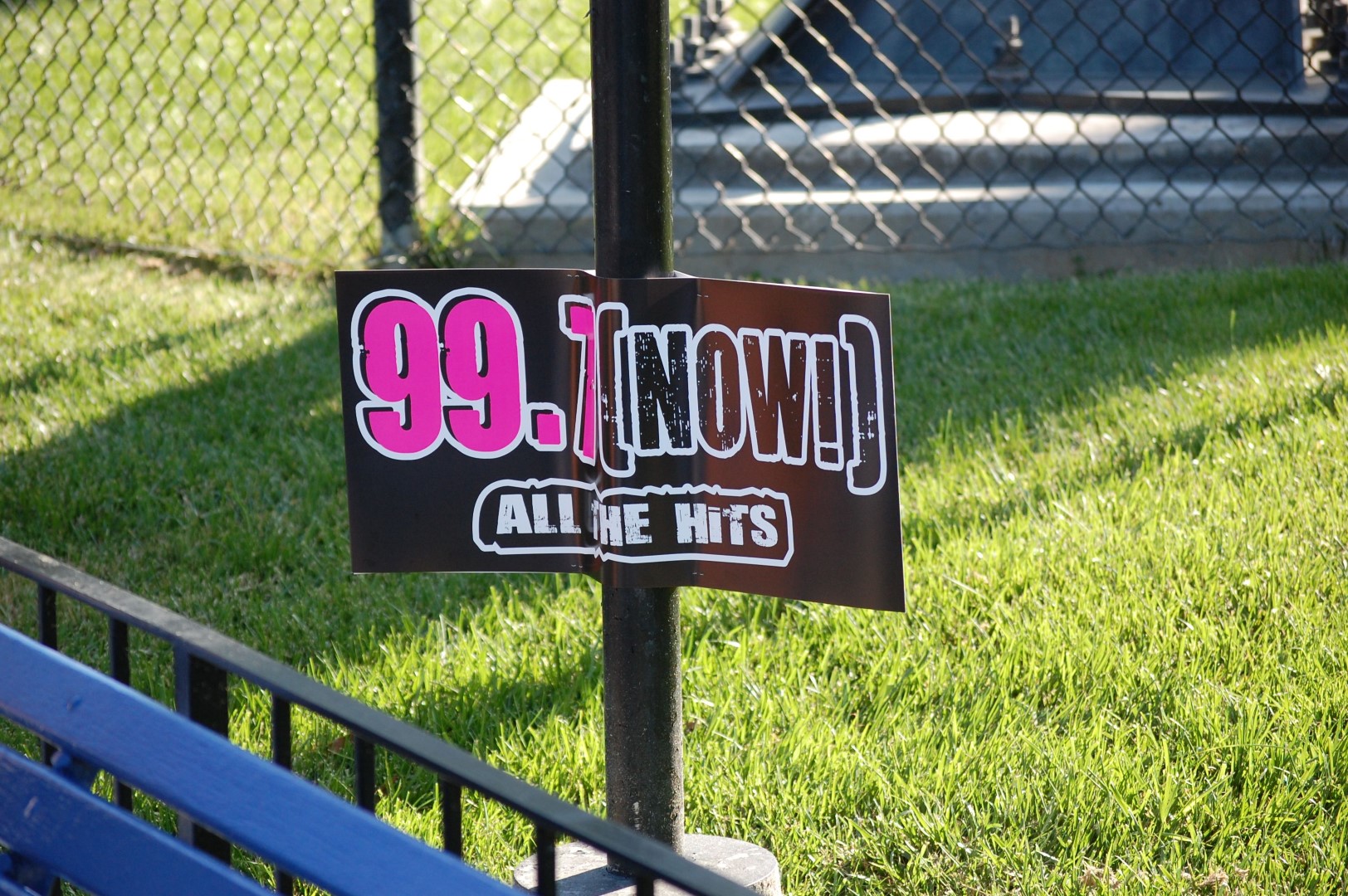 The stage itself was set up before the park’s opening. It had a very cool background that was just begging for some artists to be put in front of it at 6:00 pm. But more on that later.

Goldstriker was running just as amazingly as always. The front and back row rides we had were thoroughly enjoyed. Operations were also decent, as the second train was usually only stacked for about 15-20 seconds and kept lines down to around 40 minutes despite significant crowds. 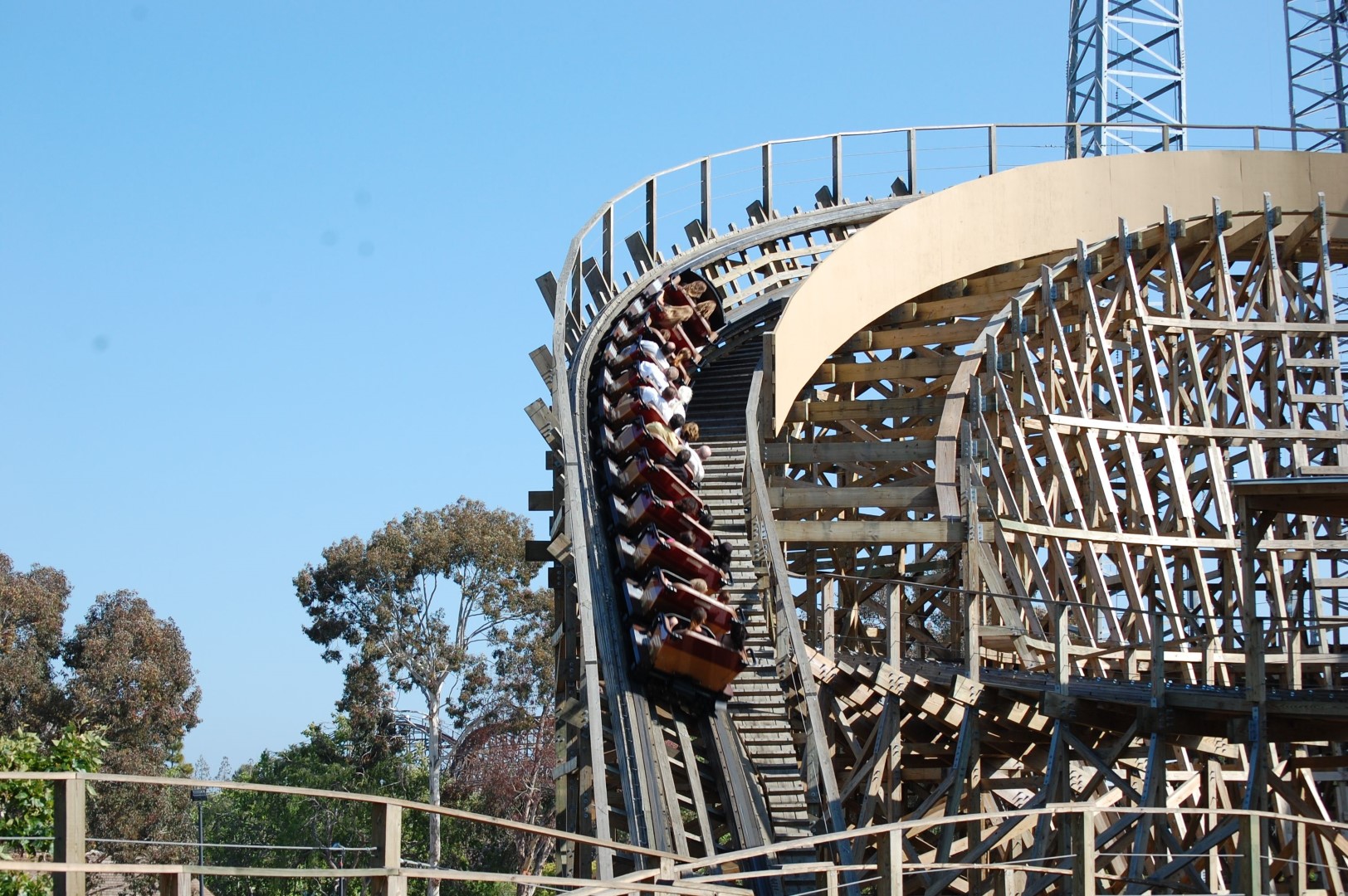 Despite some huge crowds, Star Tower was a walk on. Poor Star Tower, we like you even if no one else does. 🙁 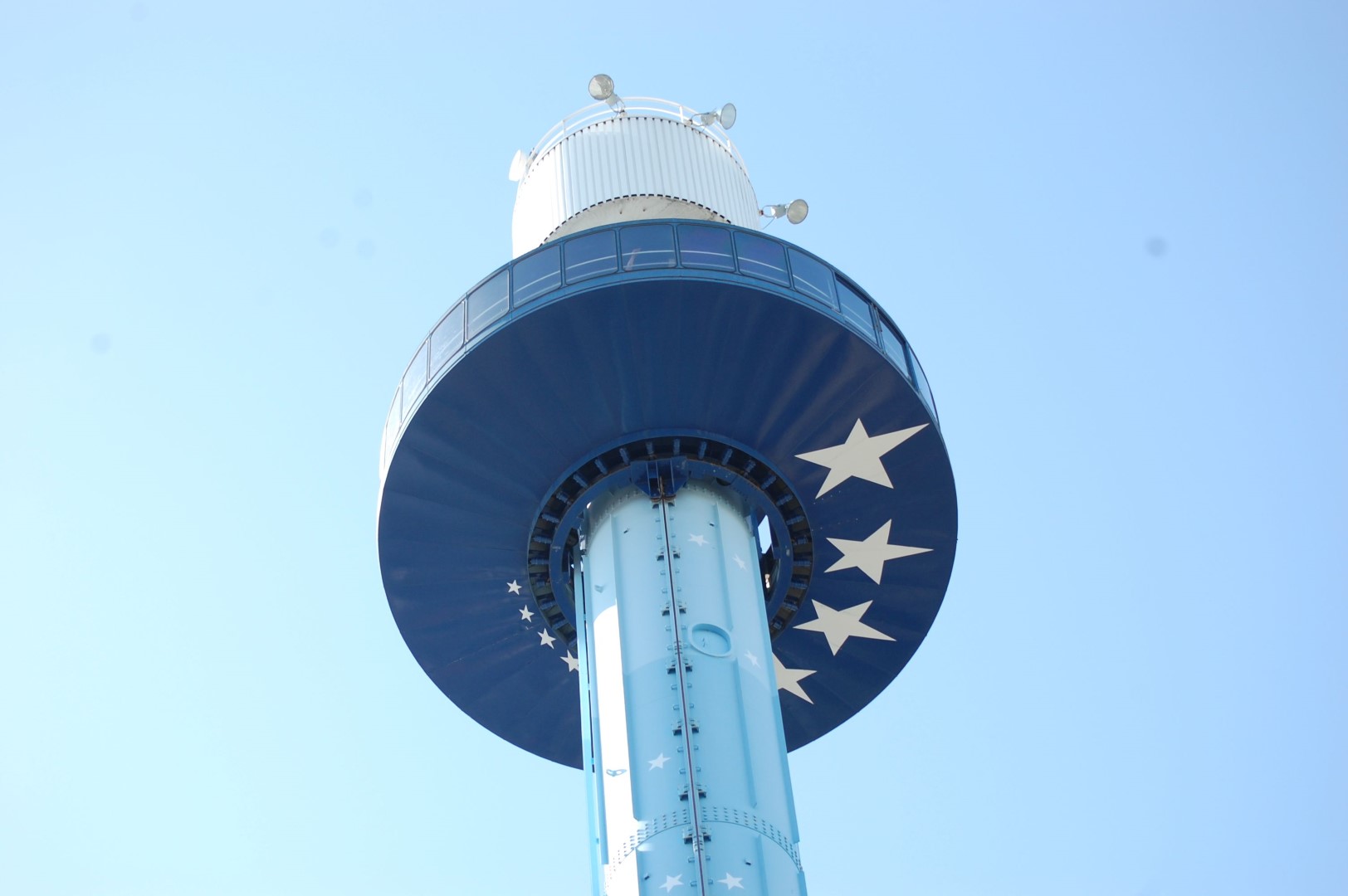 Speaking of towers, Drop Tower still has one car down for maintenance. On top of this, the station has been getting progressively worse over the years and it would really benefit from some work. 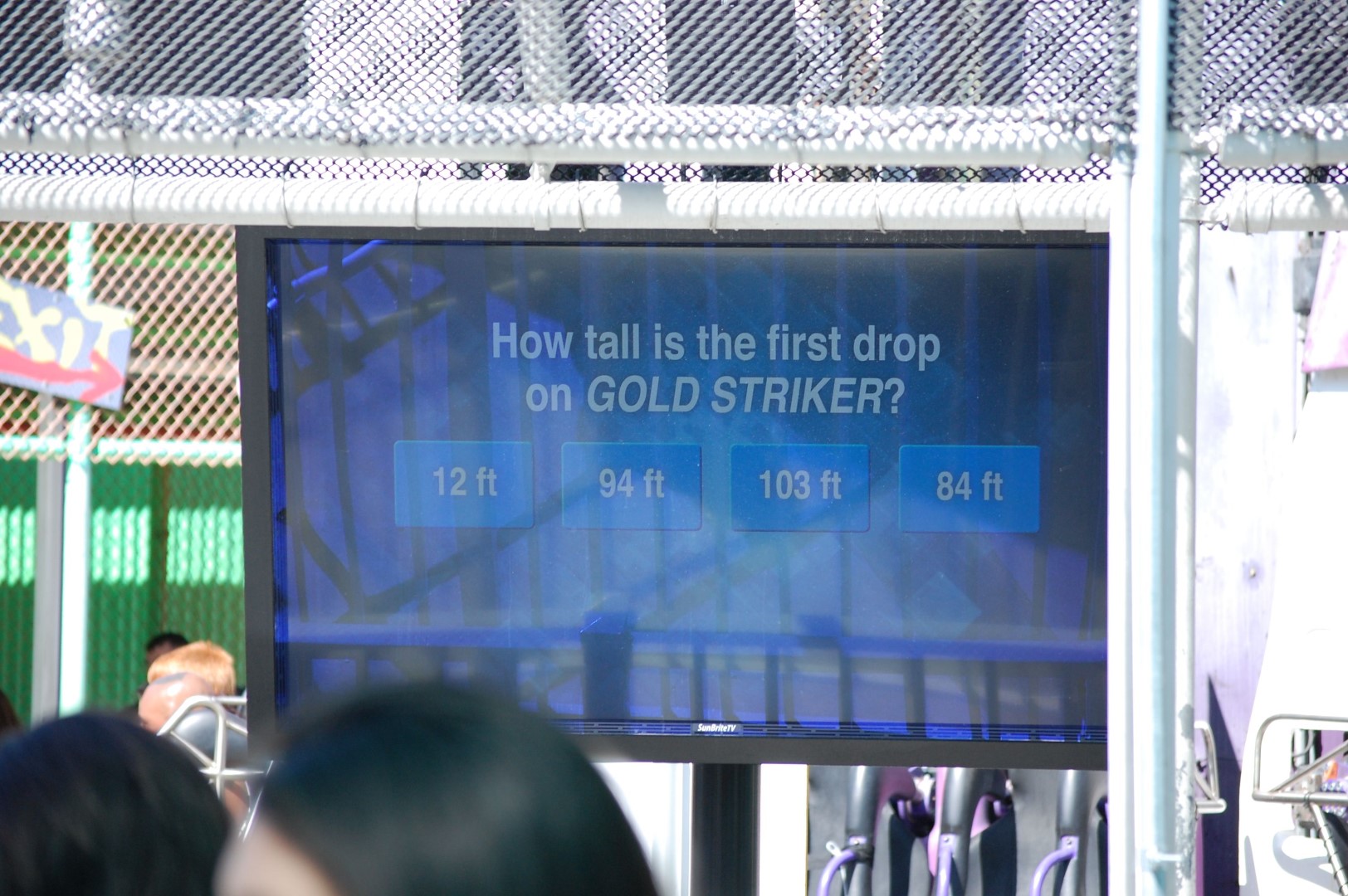 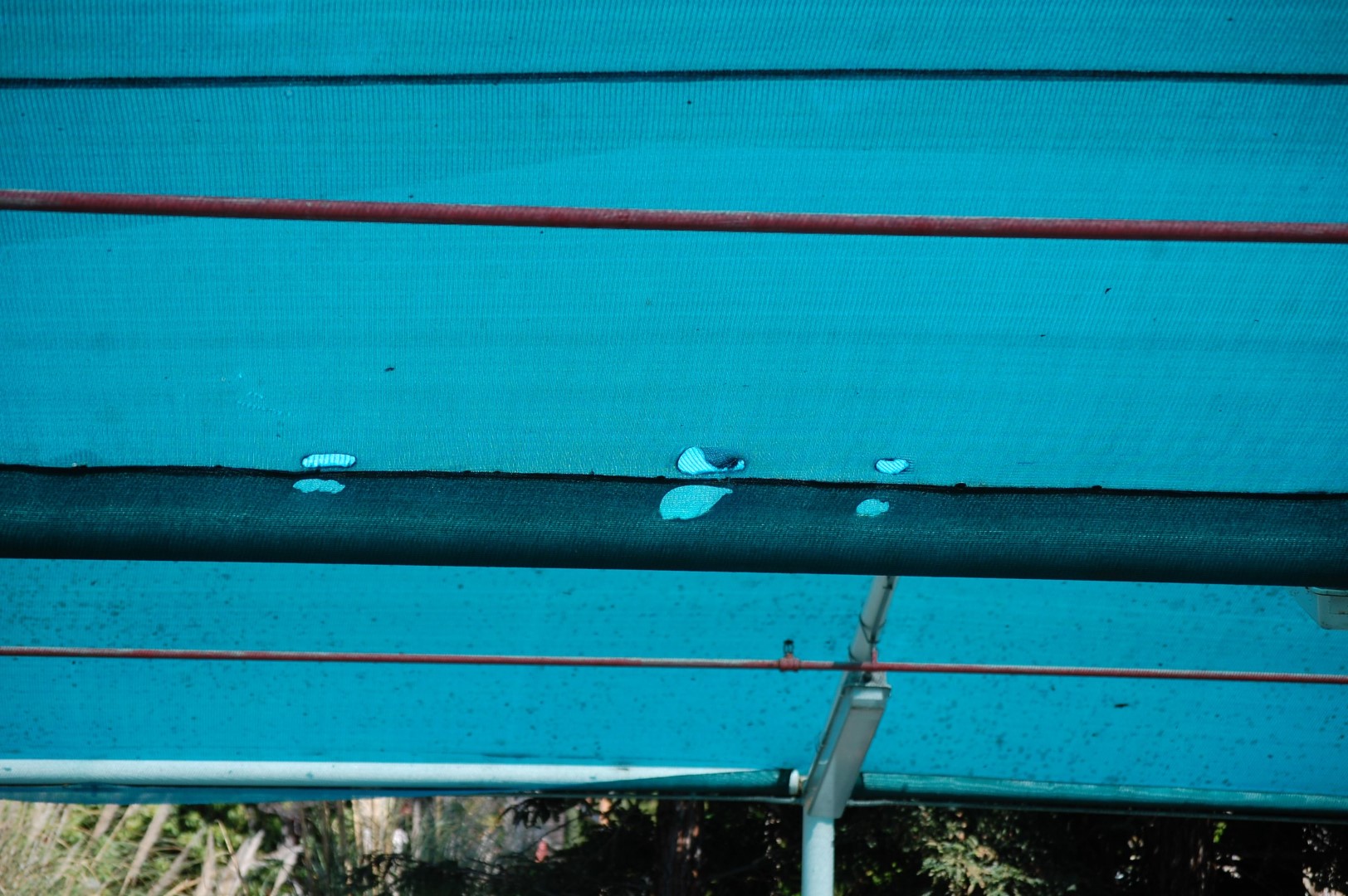 Lastly, we’ve noticed the cars are rarely full with four people. This in combination with slow operations and one car being inoperational, makes for pretty bad capacity. Drop Tower could greatly benefit from a single rider line similar to that on Lex Luthor: Drop of Doom at Six Flags Magic Mountain and greatly increase capacity.

Grizzly opened at 11:00 am once again, an hour after the opening of the park. 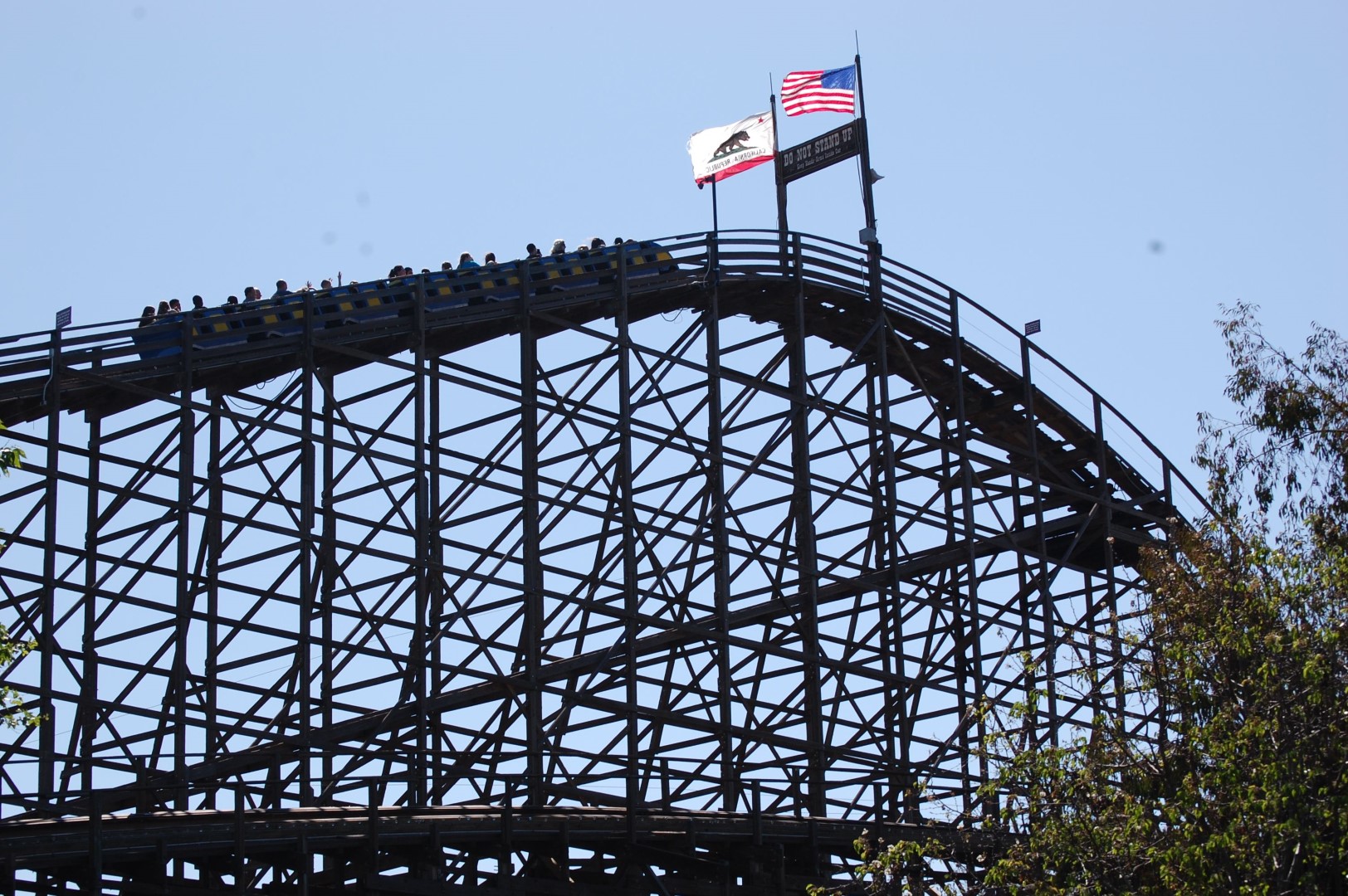 Psycho Mouse of course had a line as it always does. Ah, what’s better than waiting in switchbacks to ride some ‘switchbacks’. On a little side note, Psycho Mouse is a really good wild mouse, we’re surprised it’s one of the least talked about wild mice in the state. We would have loved to see more of these Arrow mice. 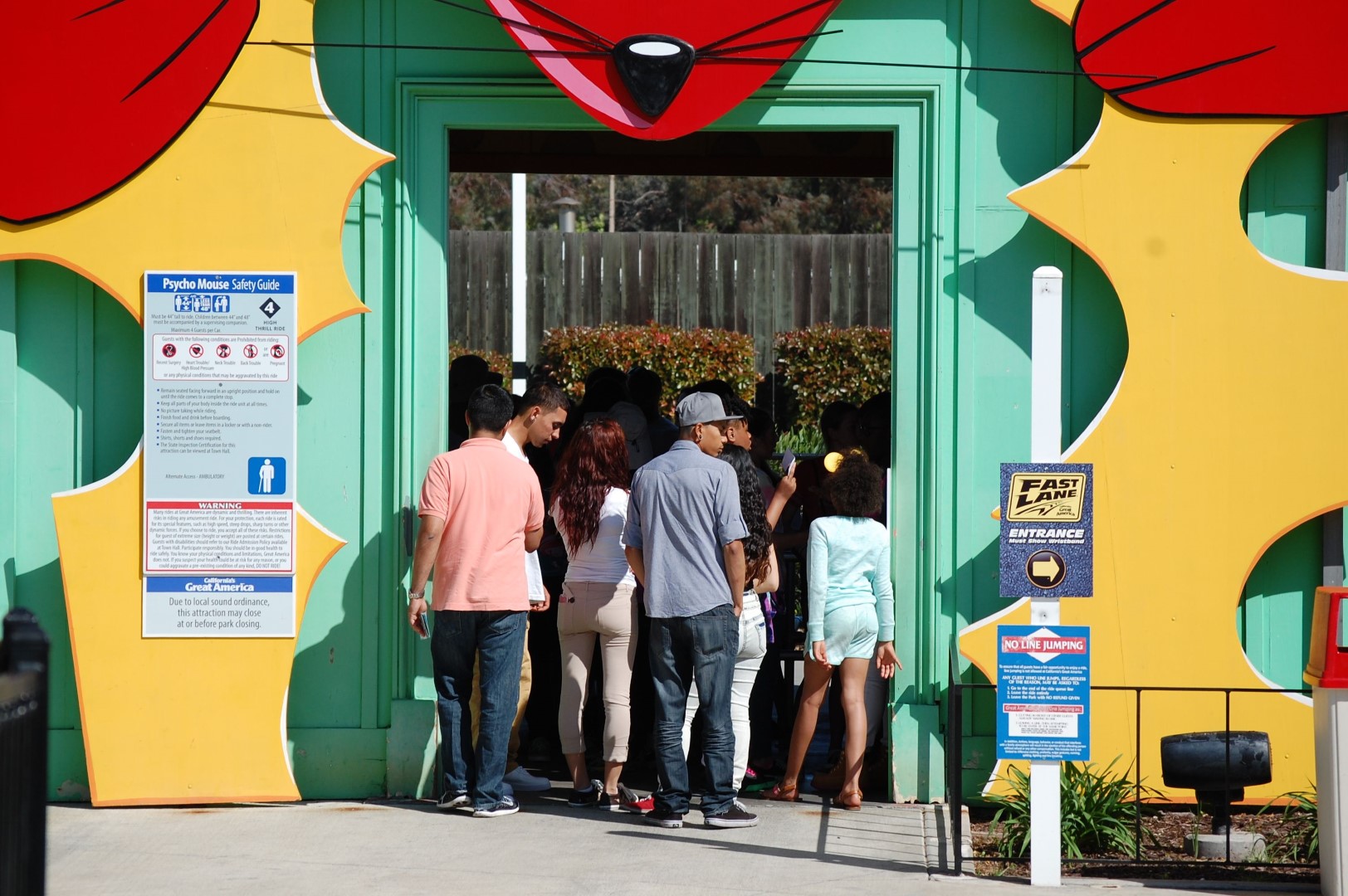 Delta Flyer has reopened but unfortunately broke down at around 5:00 before we got a chance to ride it. 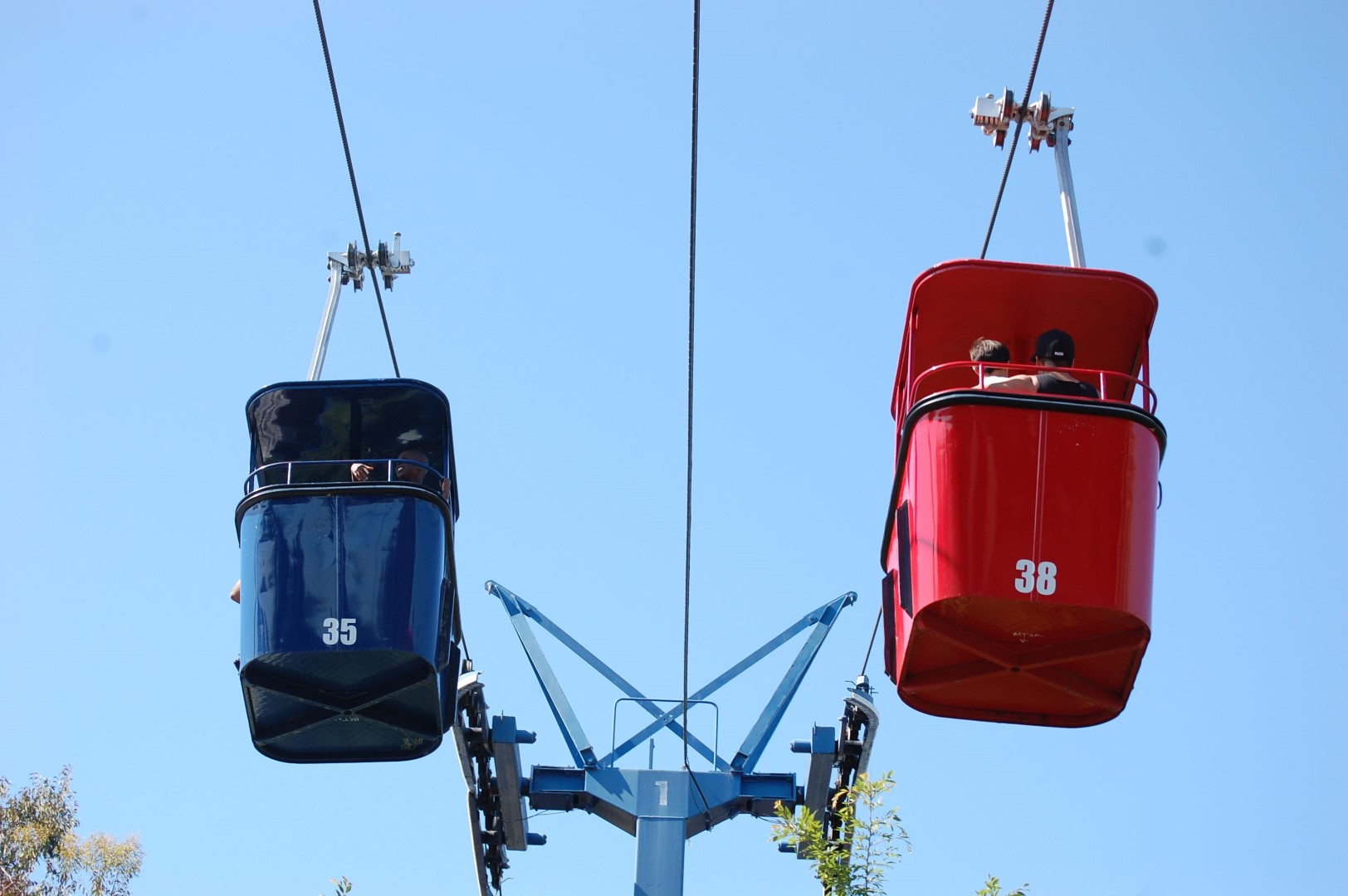 Delirium has also reopened! Thank goodness, have we ever mentioned how much we like frisbees? 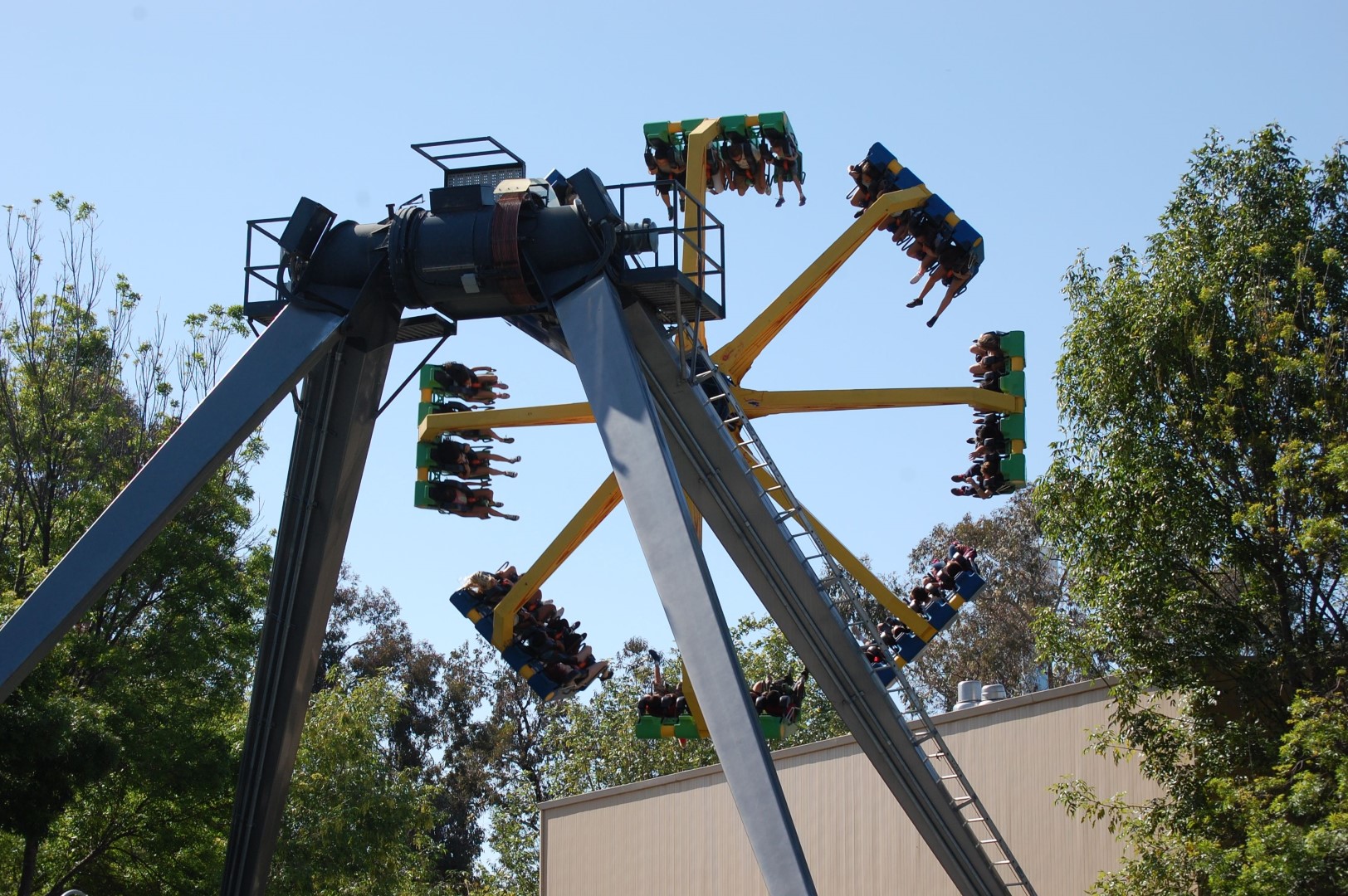 Rip Roarin’ Rapids was drawing quite some crowds during the warmer parts of the day, after being closed during our last visit. 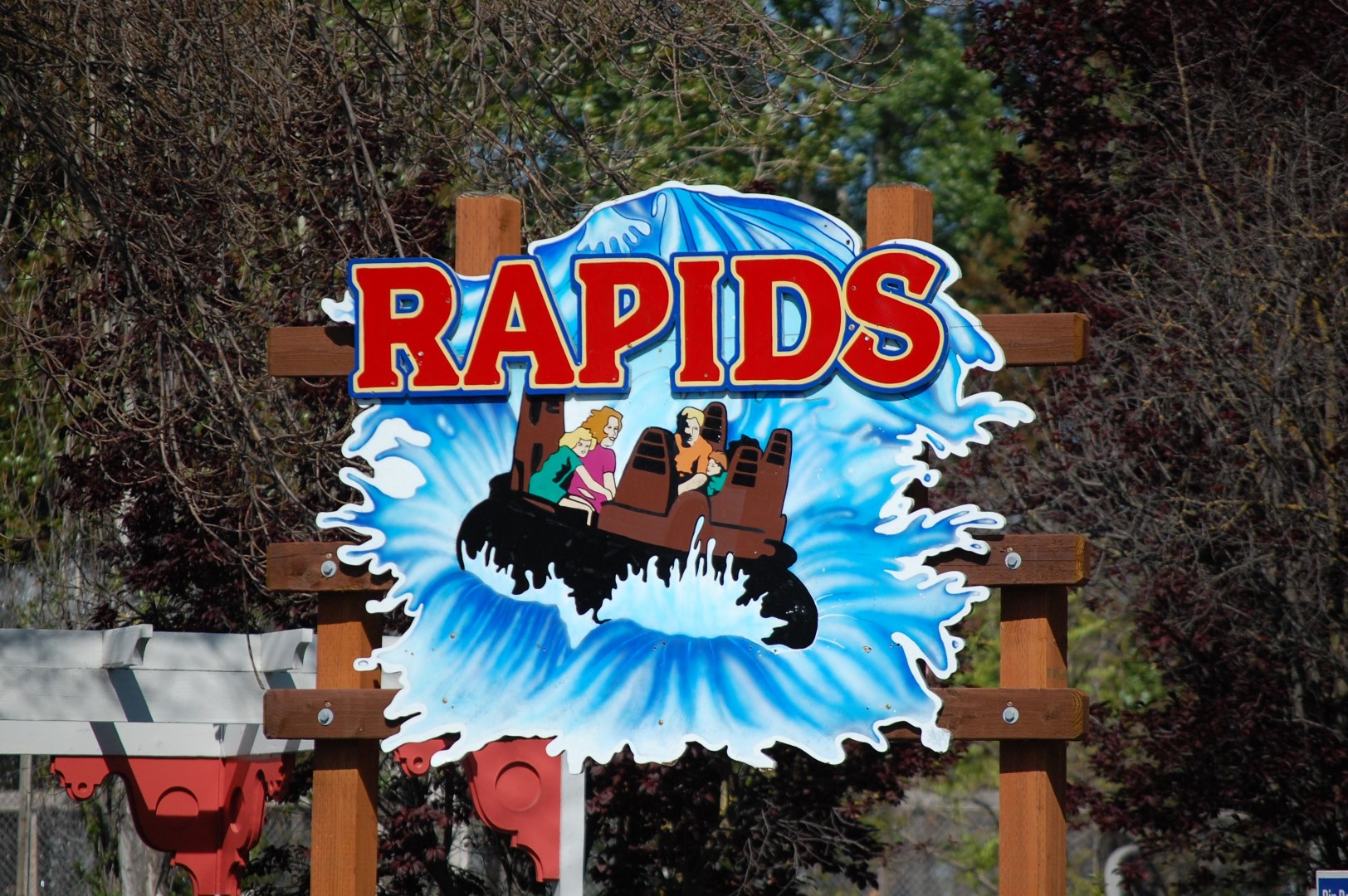 Firefall still has no fire… should we just call it “Fall”? 😛 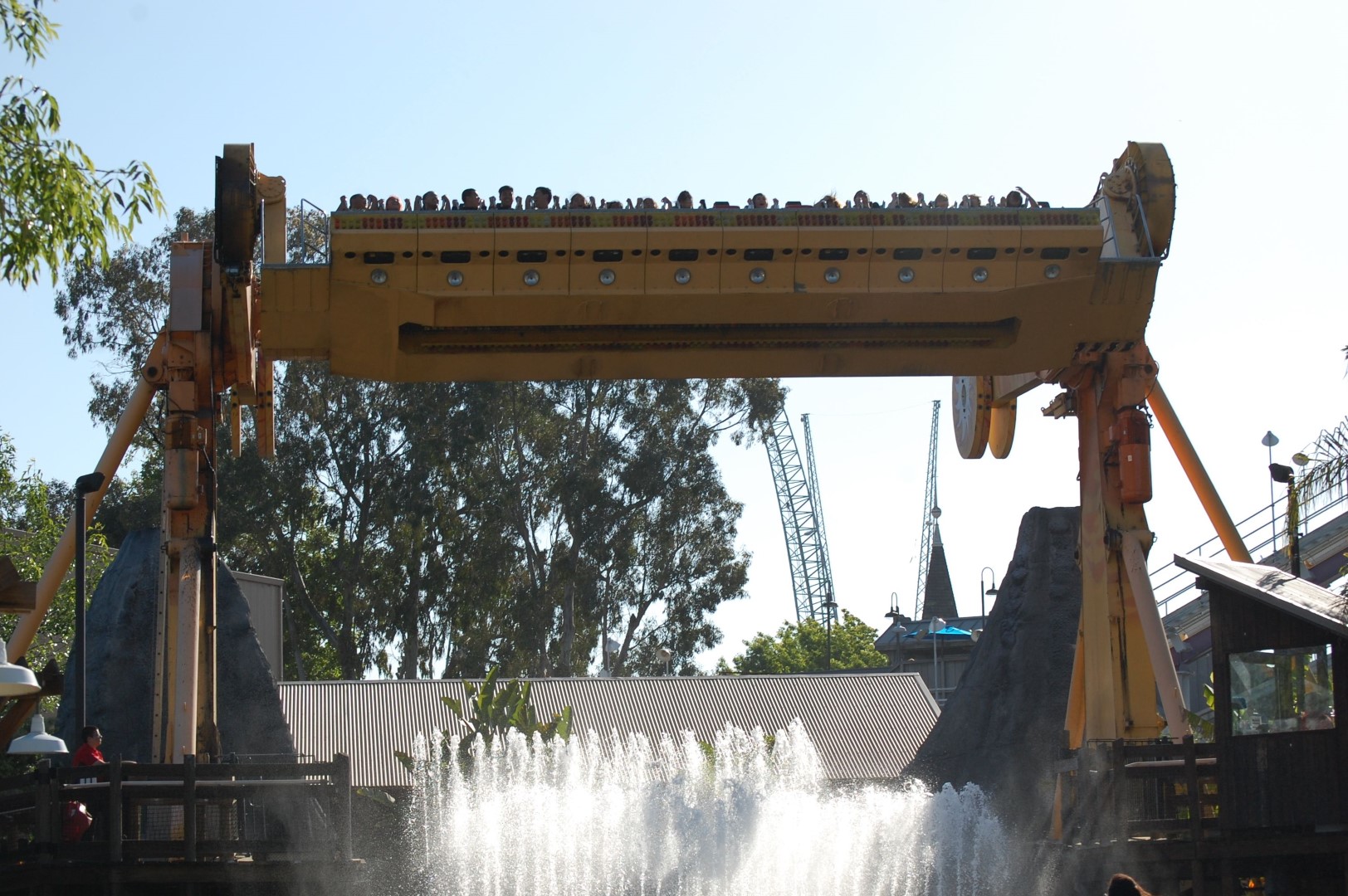 Flight Deck was of course running two trains with about a 15 minute wait. 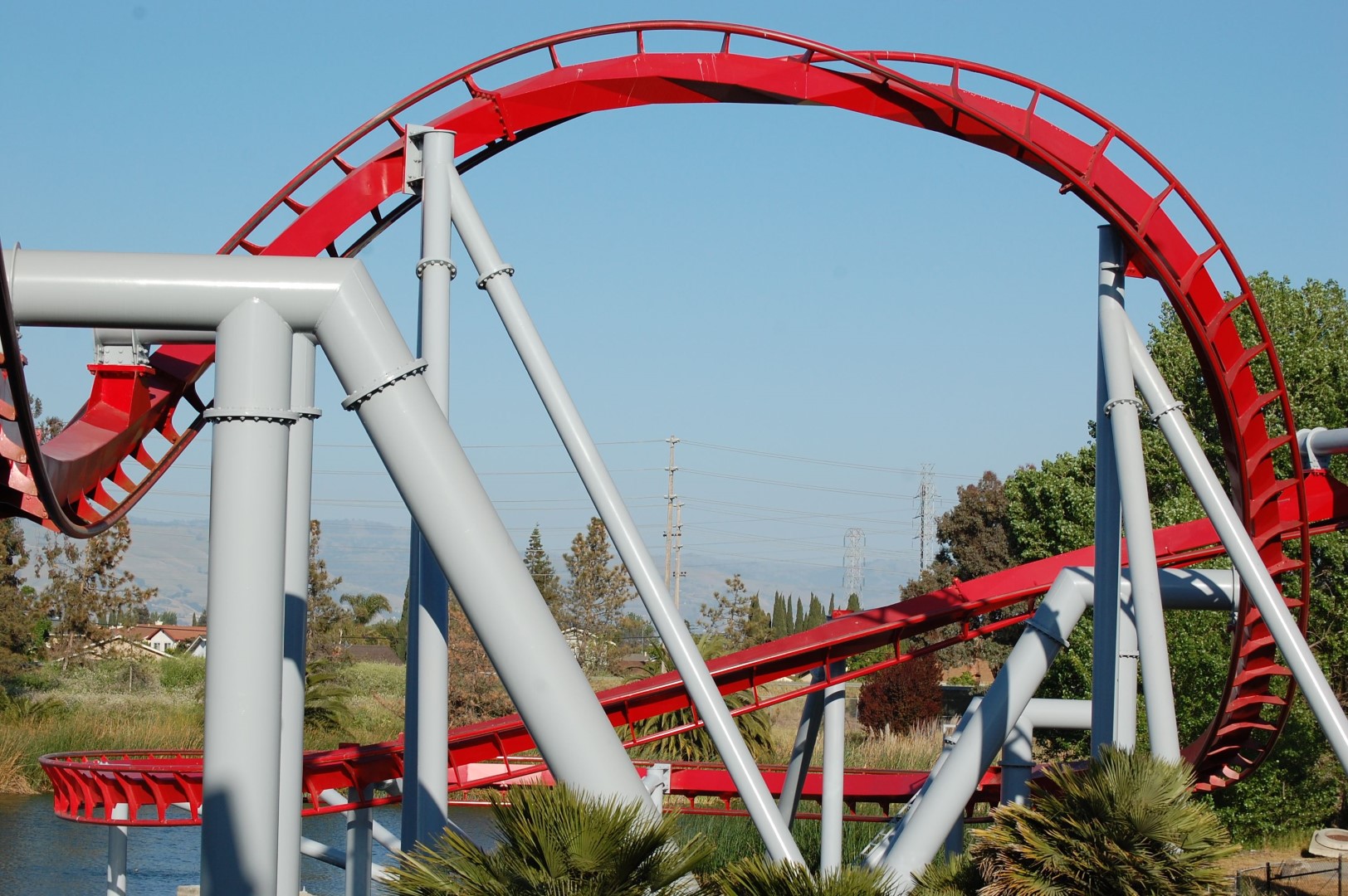 The on ride camera has been reactivated as is evident by this couple checking out their photos. 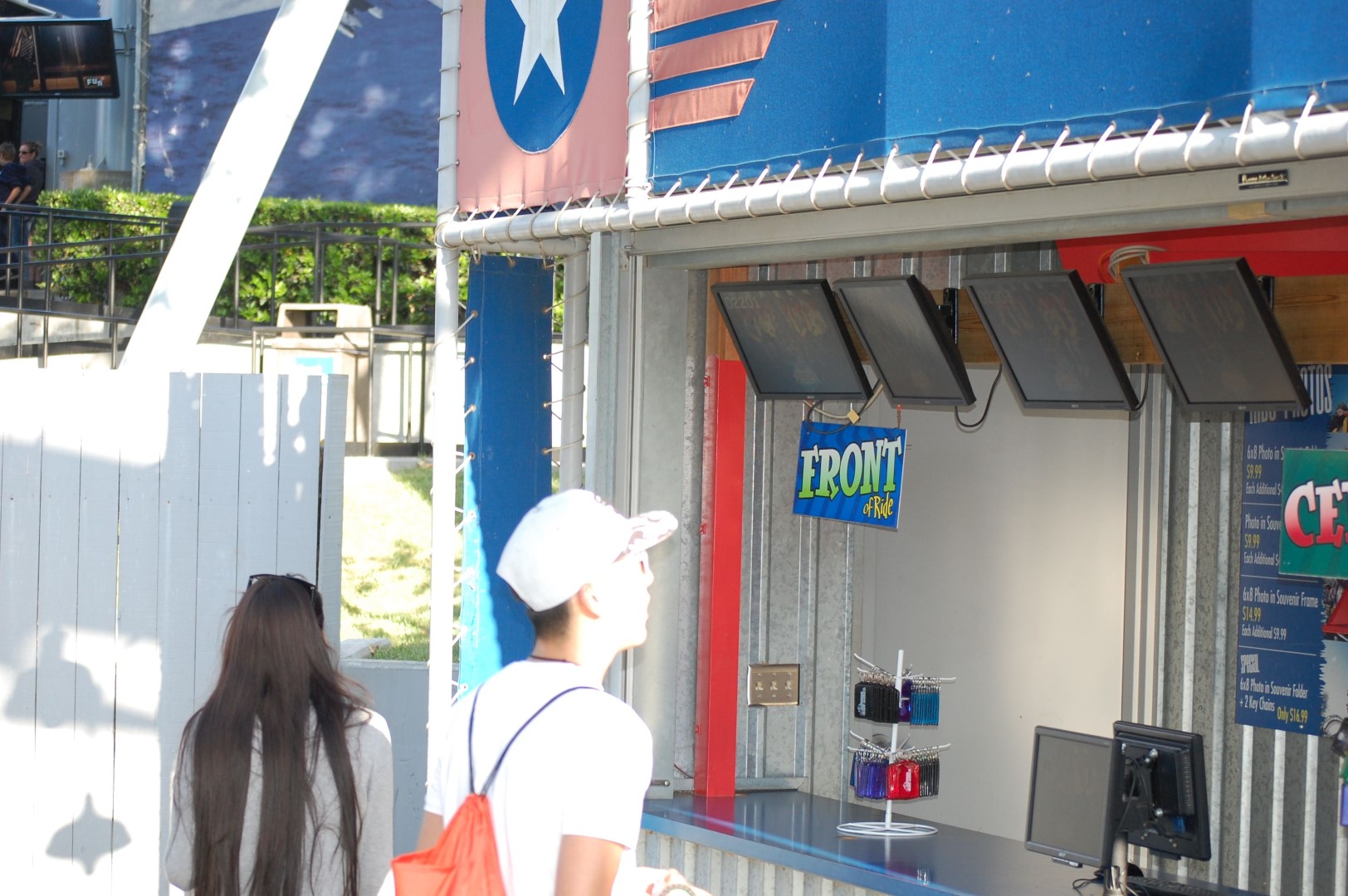 Heritage Music awards? That sounds familiar. That’s because a similar event just occurred at Disneyland which you can check out here. In any case, the many music groups definitely contributed to the crowds. 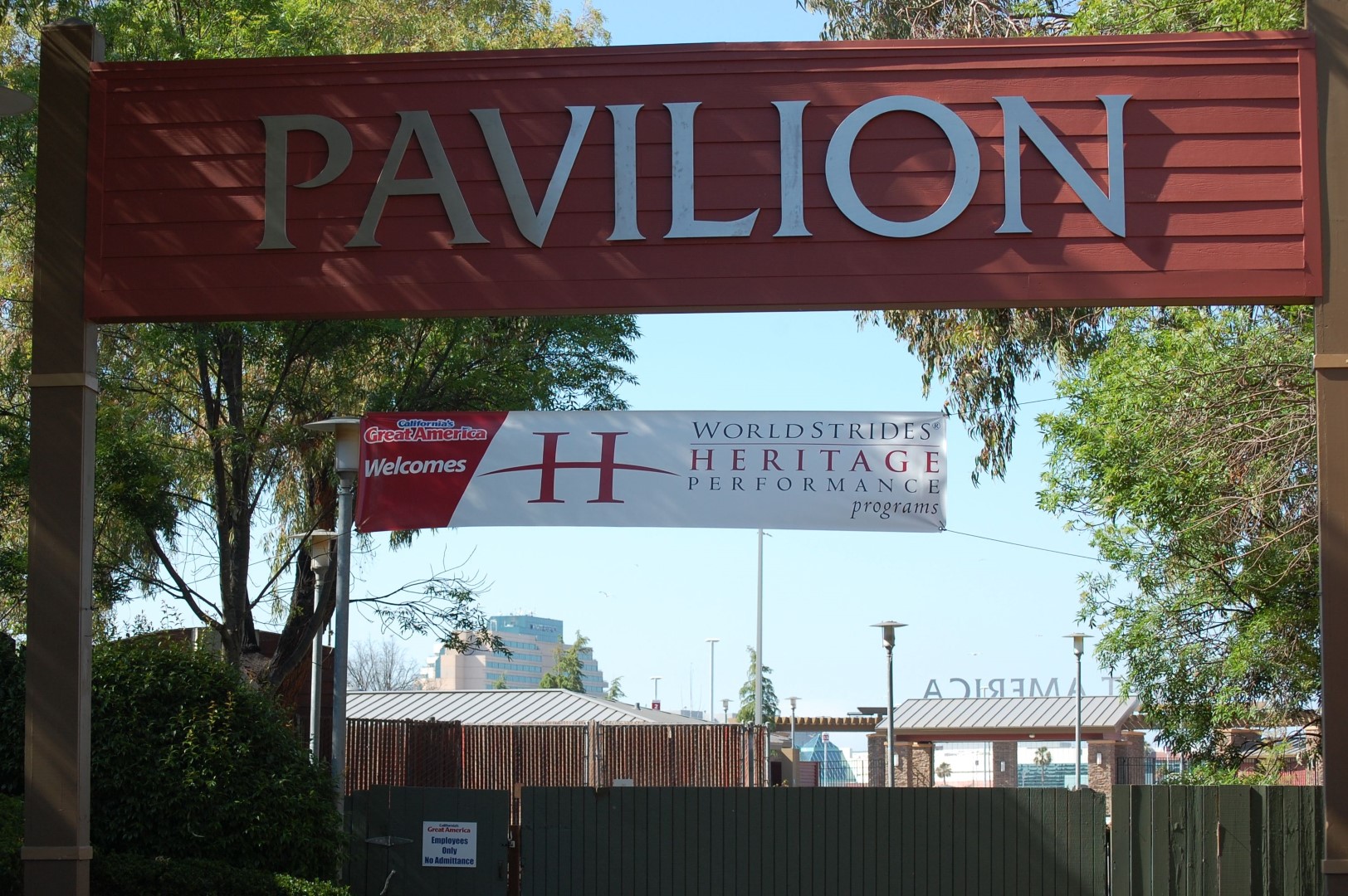 Vortex was only running one train, but the line was still only down the stairs of the station. Man, if Vortex had a fresh coat of paint, this shot would look a whole lot better. 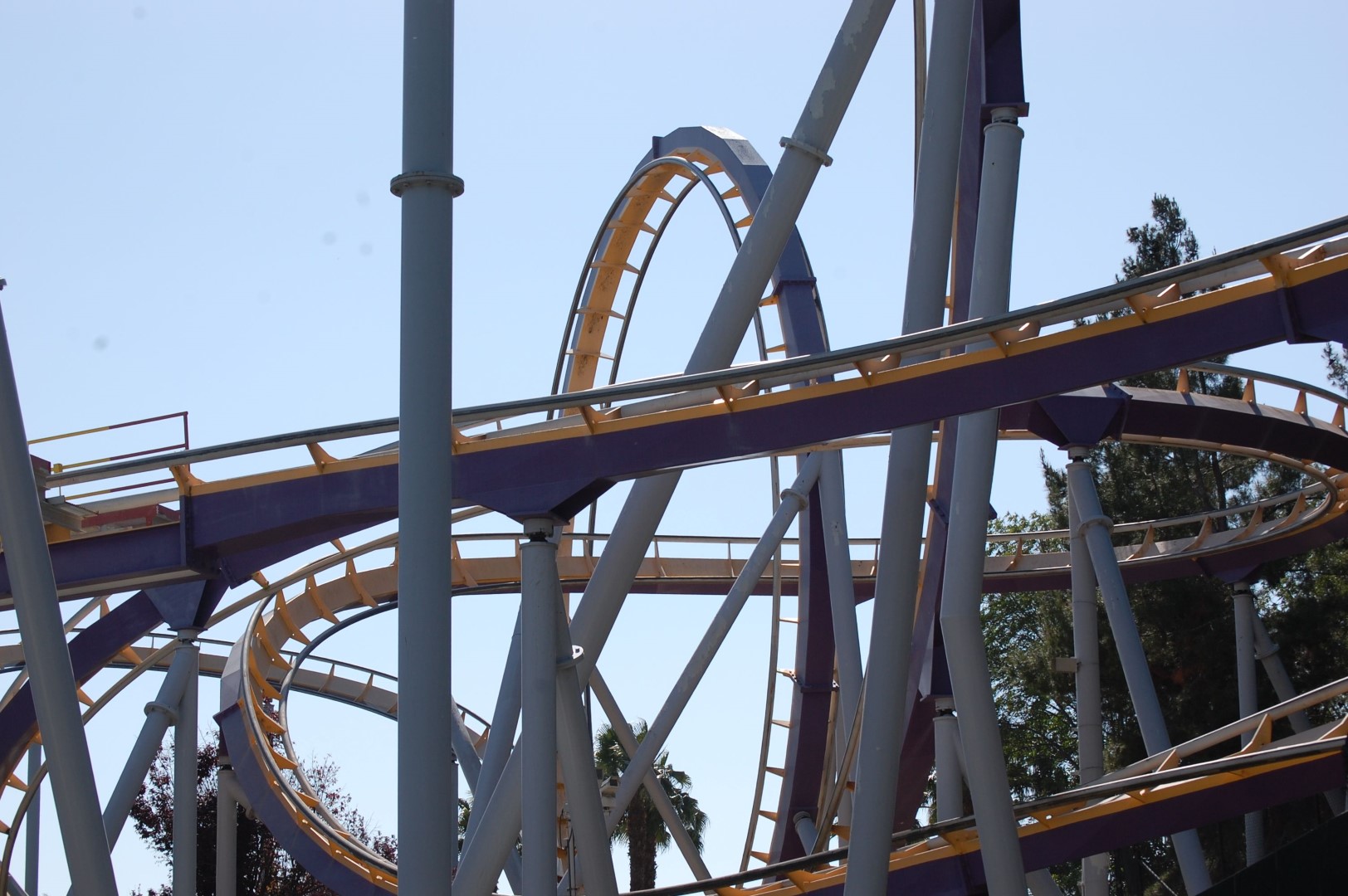 About 30 minutes prior to the start of the concert, the DJs from the radio station came on to keep a sizable crowd entertained for a while. First up in the concert was the bay area native, Adriel Diaz! He really got the crowd hyped and was a great start to the show. 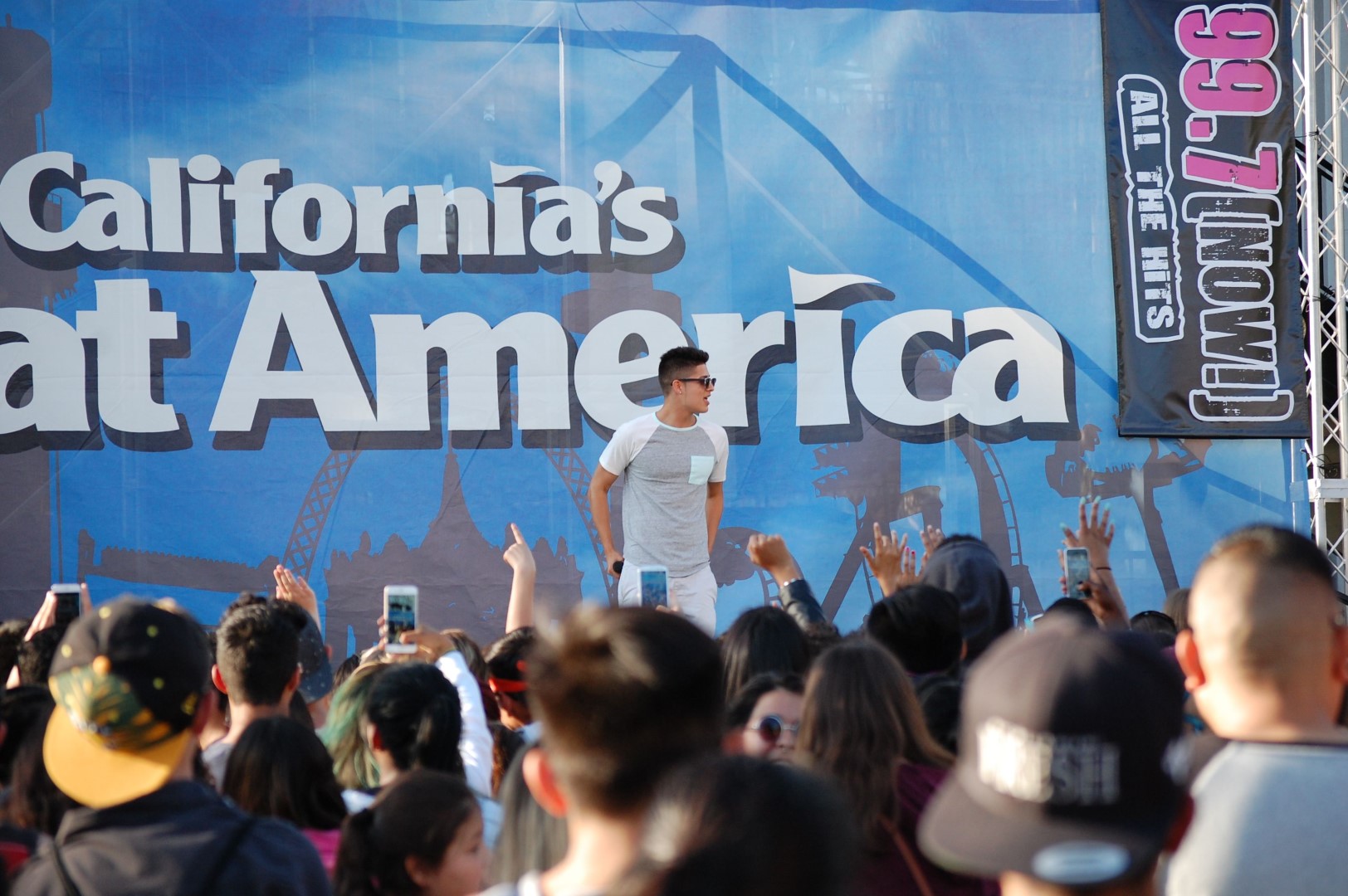 Next up was Johnny Maxwell who also did a great job, and helped add to the already energetic atmosphere! Finally, the one and only, Natalie La Rose! At this point, it really did feel like a concert, and natalie did a great job with her performance! Shout out to The Netherlands, her home country! (Our pic became blurry, the credit for following picture goes to California’s Great America). 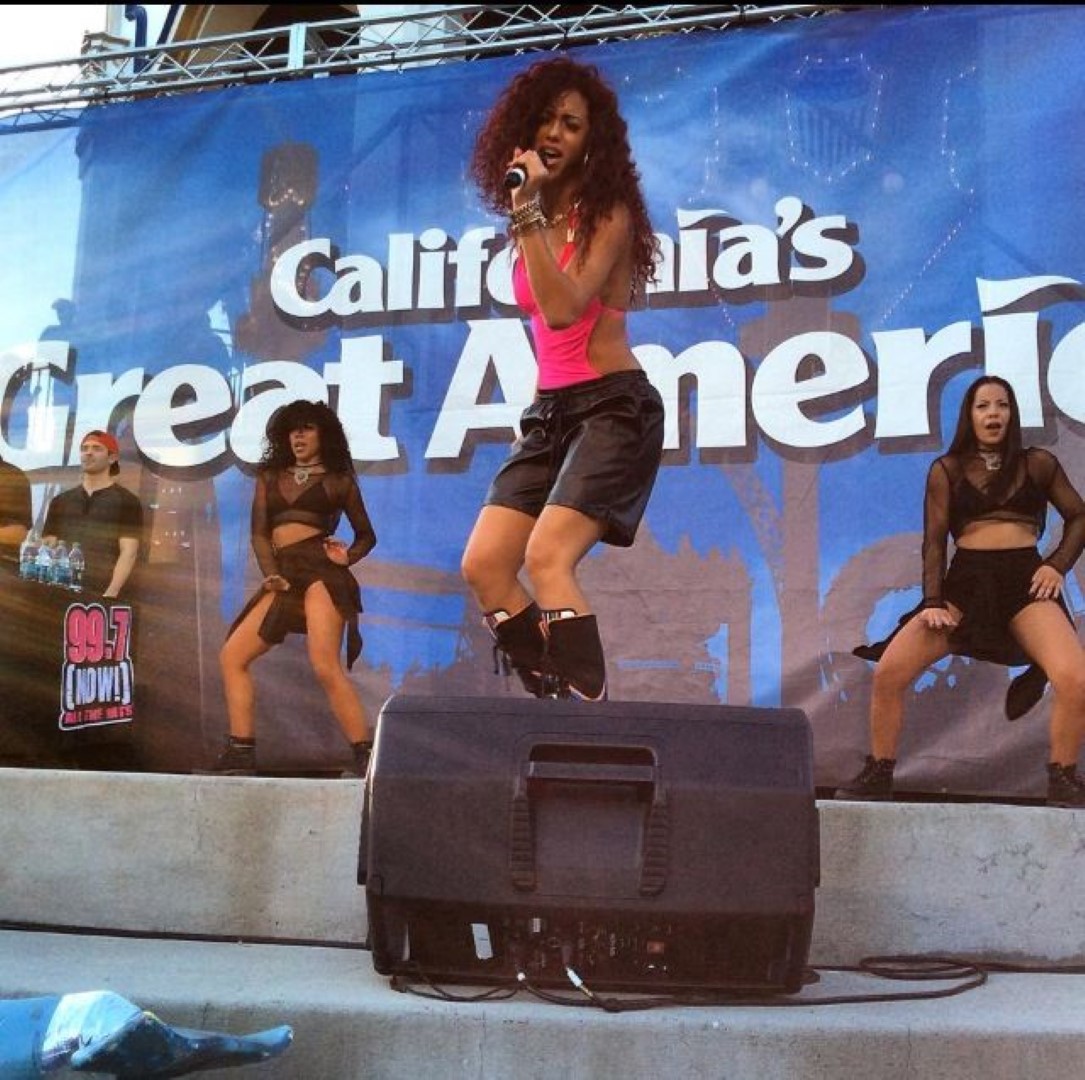 Overall it was a great event that developed a great atmosphere, and we couldn’t be happier CGA is organizing things like this! Thanks for checking out this update, and make you sure to look out for more Nor Cal coverage coming your way. Just for fun, which do you prefer front row on Goldstriker for speed, or back row for forces? Make you sure to comment below and let us know, and as always have a good one. 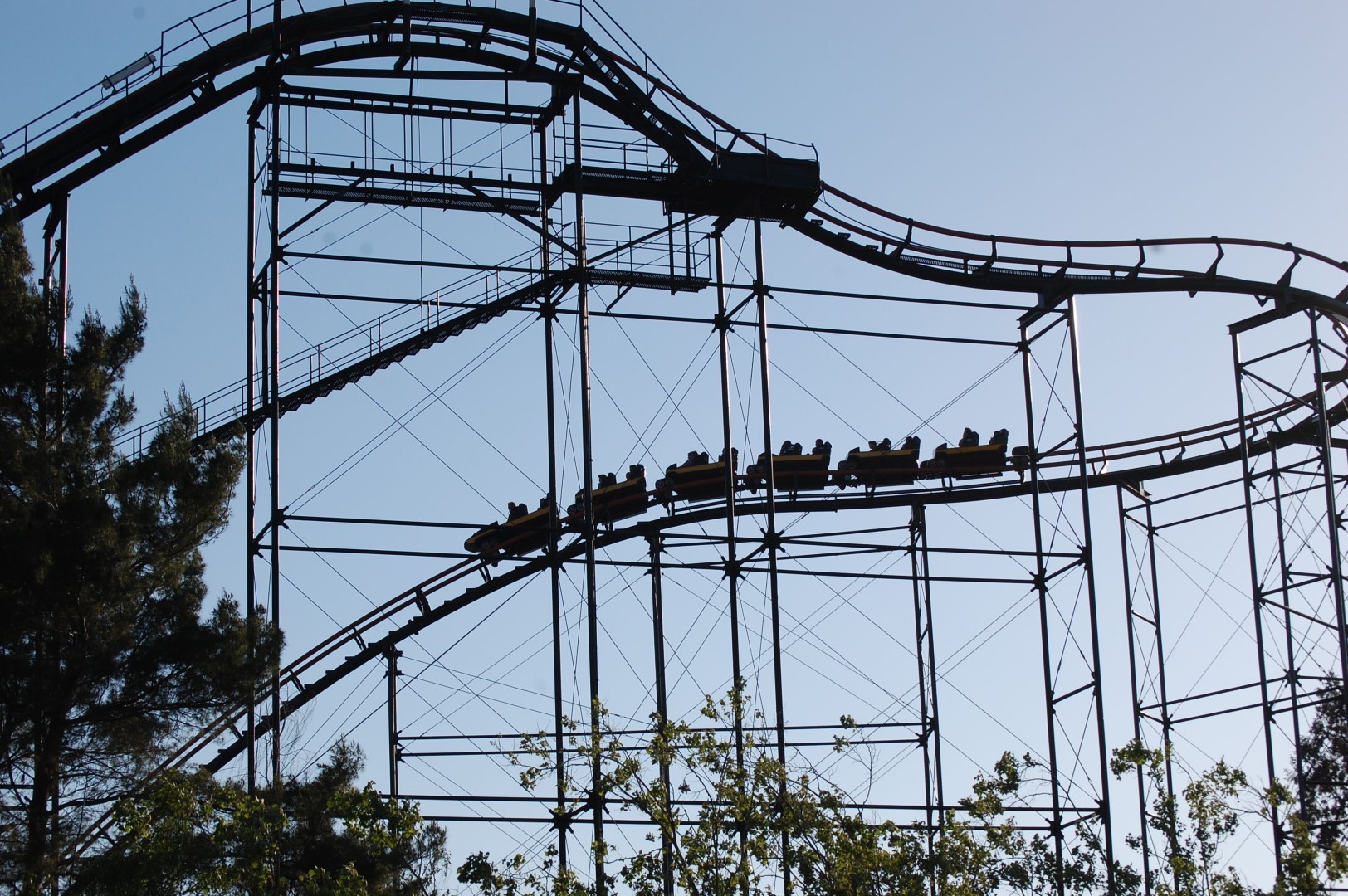 Before you leave, we just published our brand new Universal Studios Update here. Make sure to check out our very popular new Twisted Colossus Update here. For the Six Flags Magic Mountain and Hurricane Harbor Update from the same day, you may want to click here.