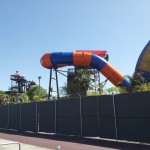 After the crazy excitement of our brand new Twisted Colossus Update that we just posted earlier tonight, here’s the corresponding Six Flags Magic Mountain Update. With a little ‘Hurricane’ passing through, as we take a look at some Hurricane Harbor changes and prep for it’s opening later next month. We have also included the update on the GearWorks Theater in here, and a whole lot more.

Let’s start at the front of the park, where the fountains have been returned to their old state with multiple jets rather than one big jet. The Valencia Falls waterfalls in the background have finally turned on again, those haven’t been on for quite some time. Glad to see the water run again! 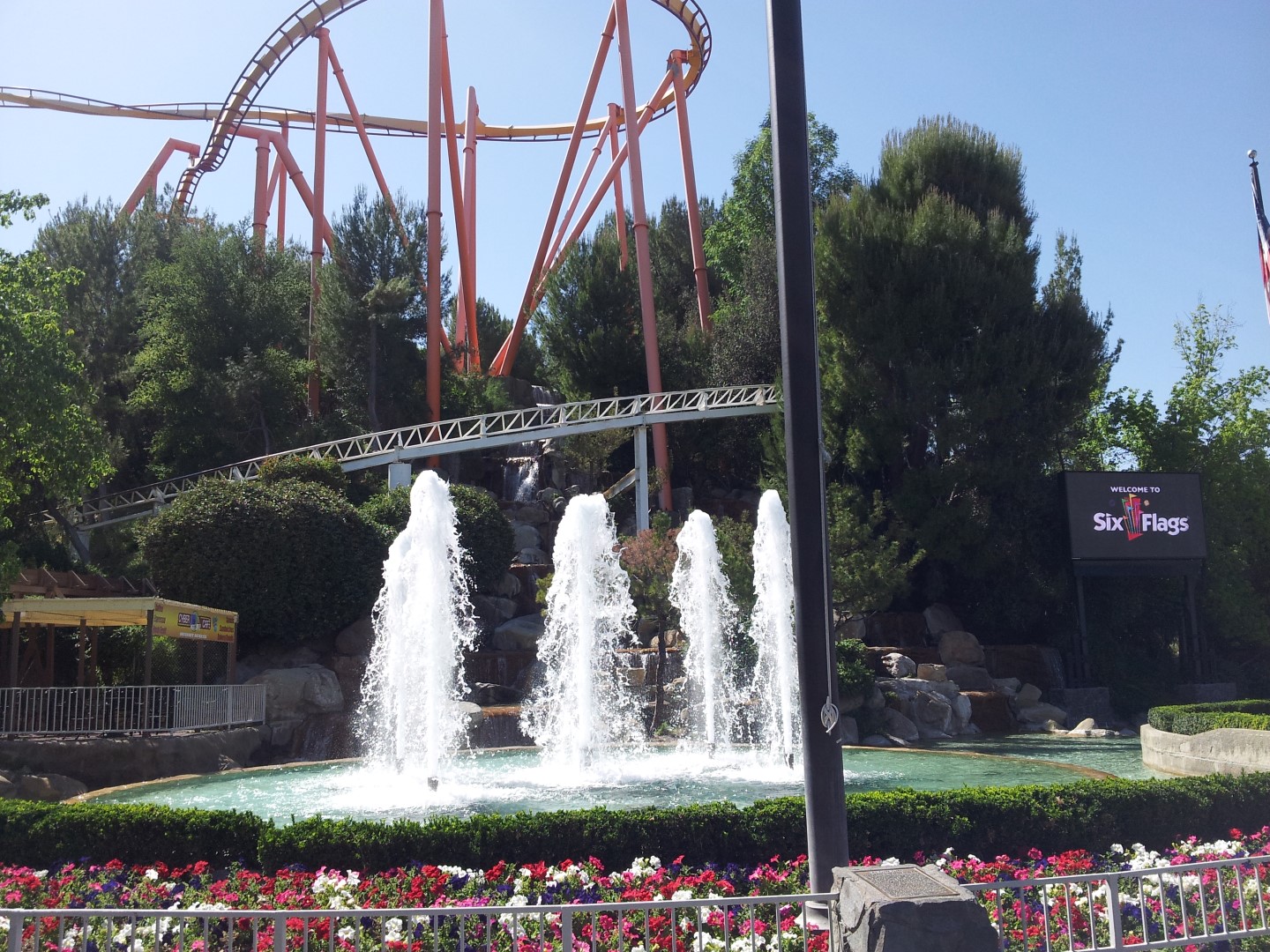 All large park map displays around the park have been updated to the 2015 map. 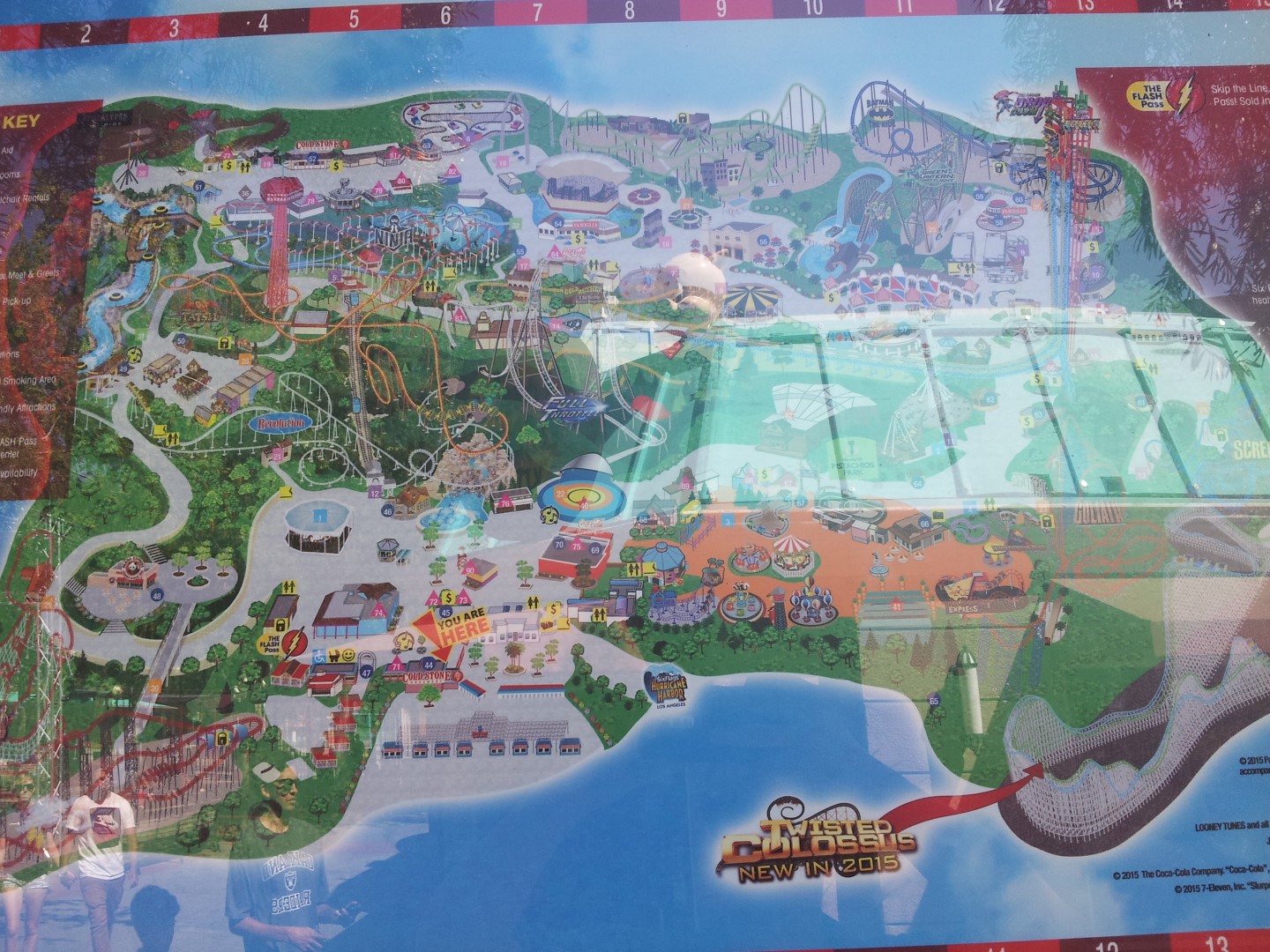 AND! Scream!’s accurately colored on them. 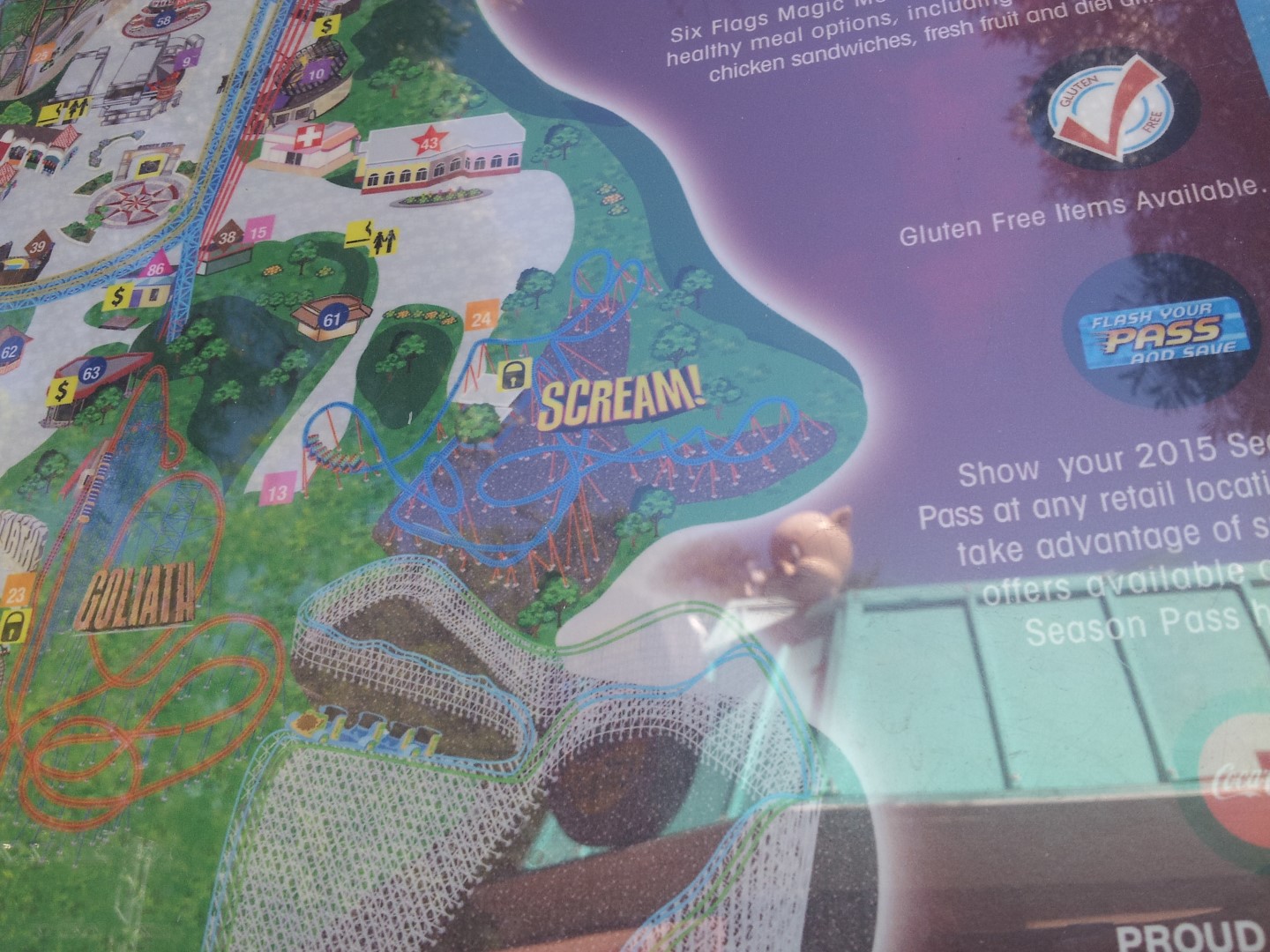 Having said that, I went to the nearest spot to pick up maps, and the park is still distributing the maps that show Scream!’s old colors. I expect new paper maps once Screampunk District opens, then they’ll correct the Scream! colors and will add the ‘Kwirk’ name to the entertainment section. (Kwirk’s the new cirque-esque show in GearWorks Theater). 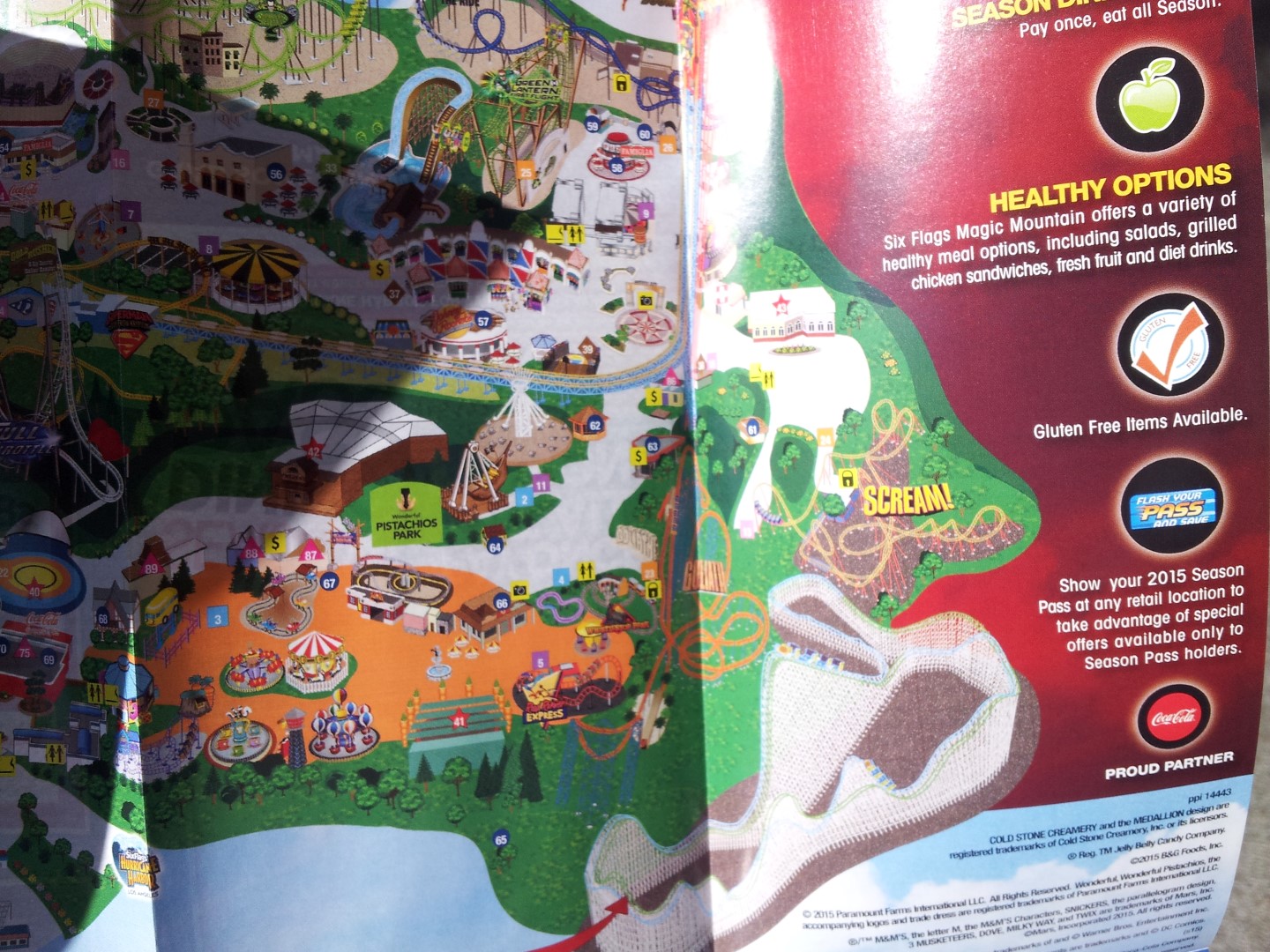 And then in April of this year, the big display in the Movie District in between Gold Rusher and Jet Stream has been totally updated with the 2015 information. 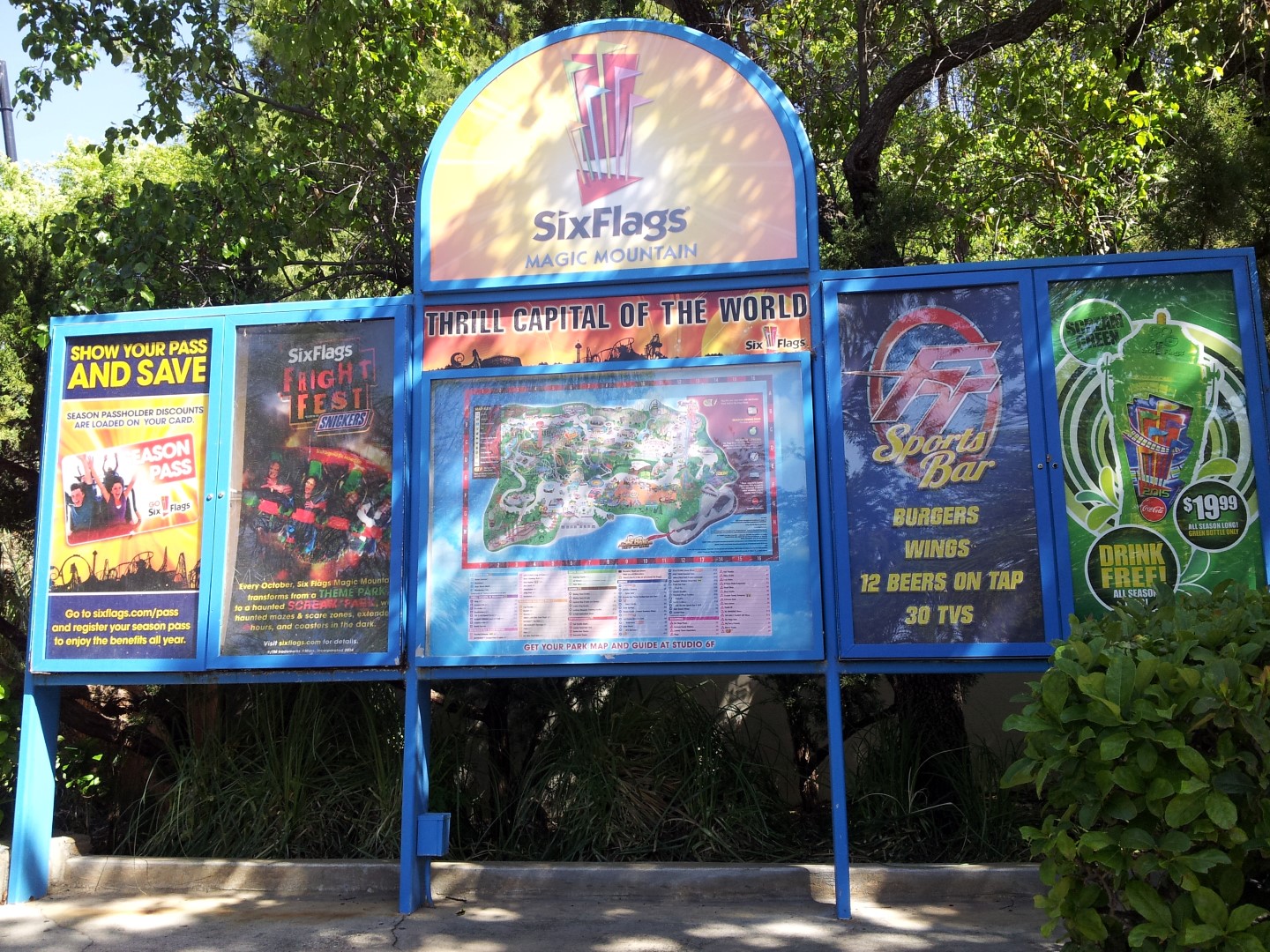 I must say, this disappointed me. The Cali sun burns on your face, and it’s already 90 degrees out in April, but yet no shade’s offered. They really need to have some set up, no matter how large the crowds are, I believe. 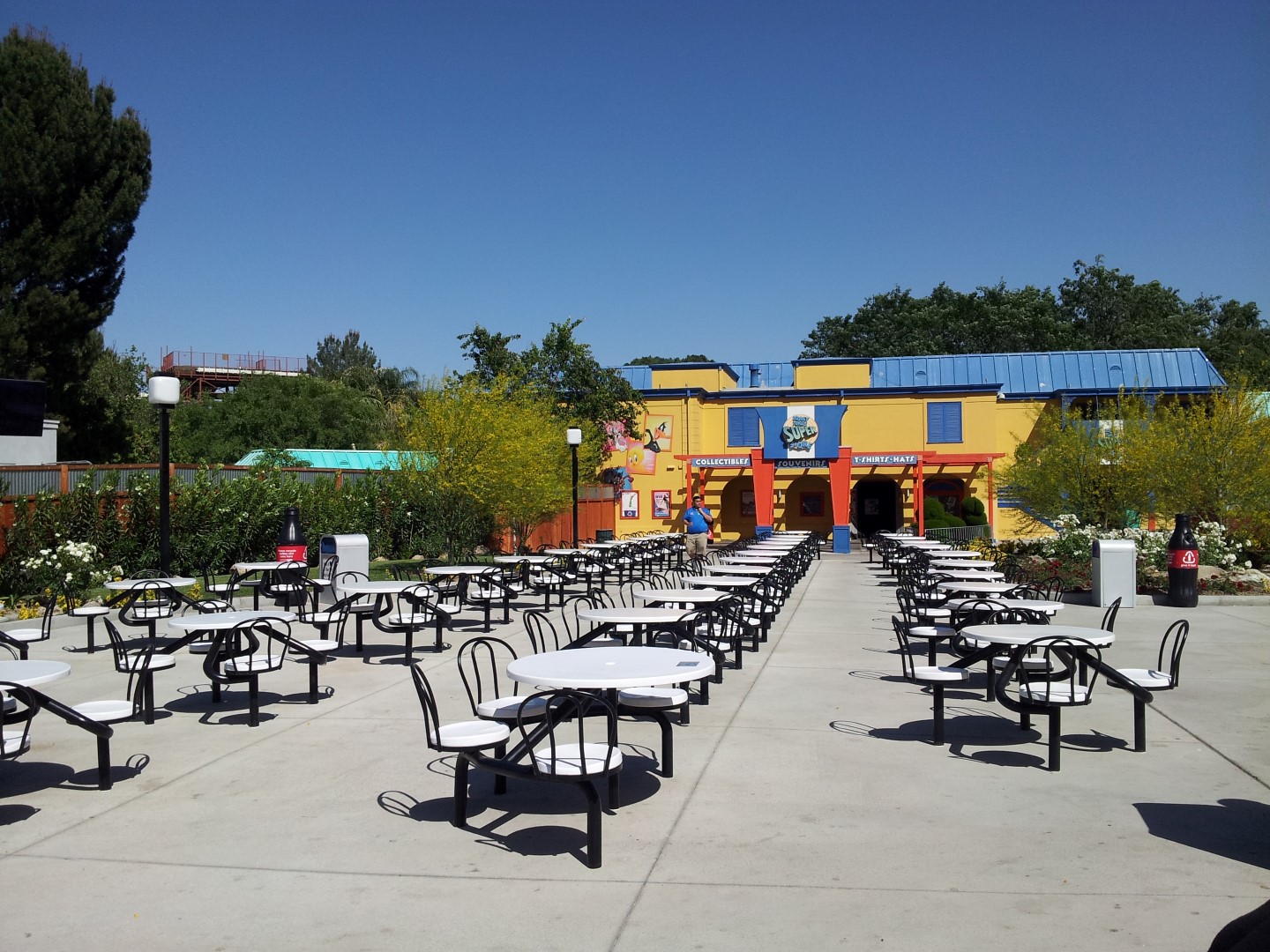 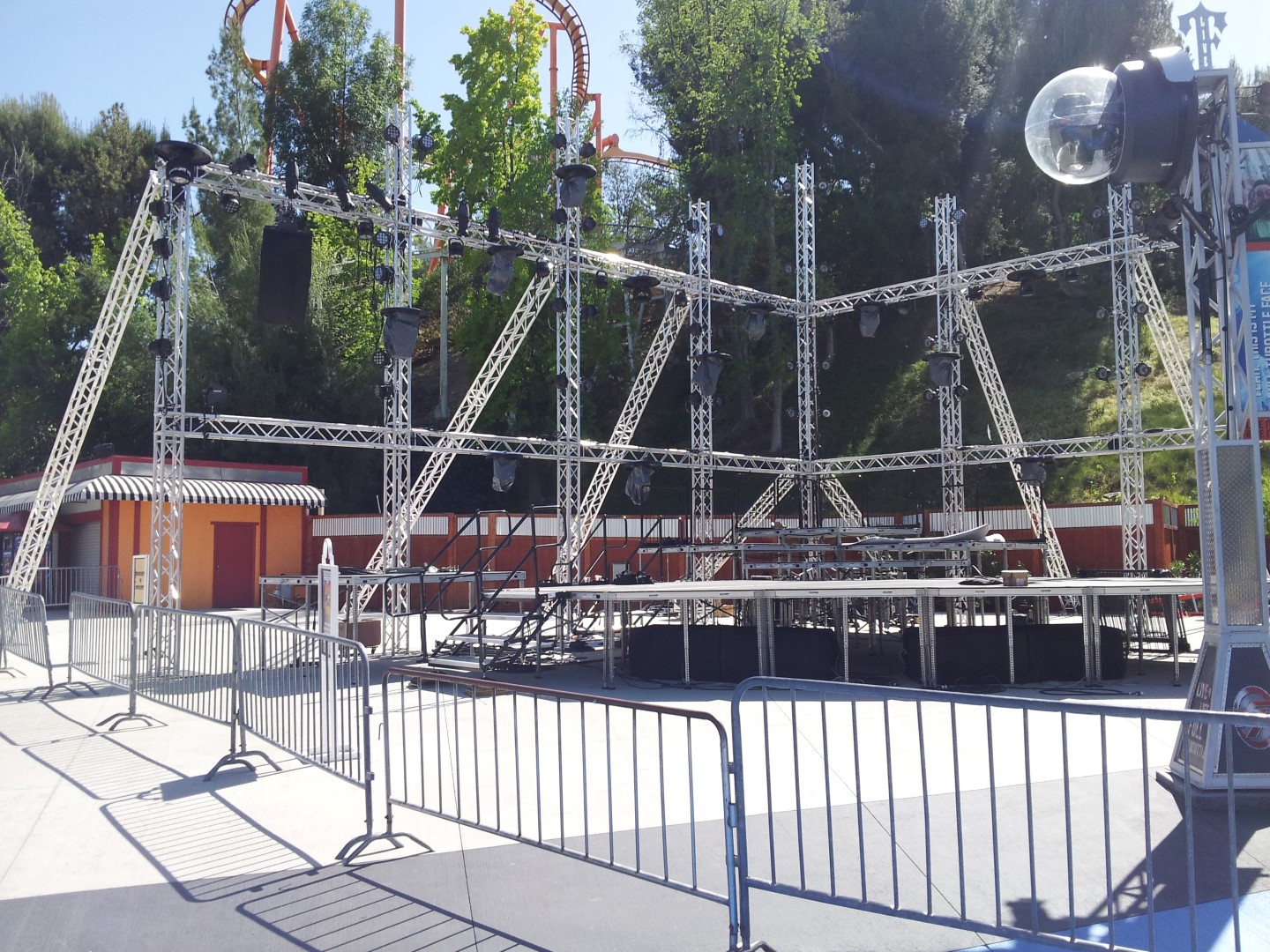 Goliath remains closed, we’re still unsure when we can expect a reopening. Stay tuned. (For those tuning into this update only, Goliath’s lift-hill chain broke two weeks ago, the chain needs to be replaced). 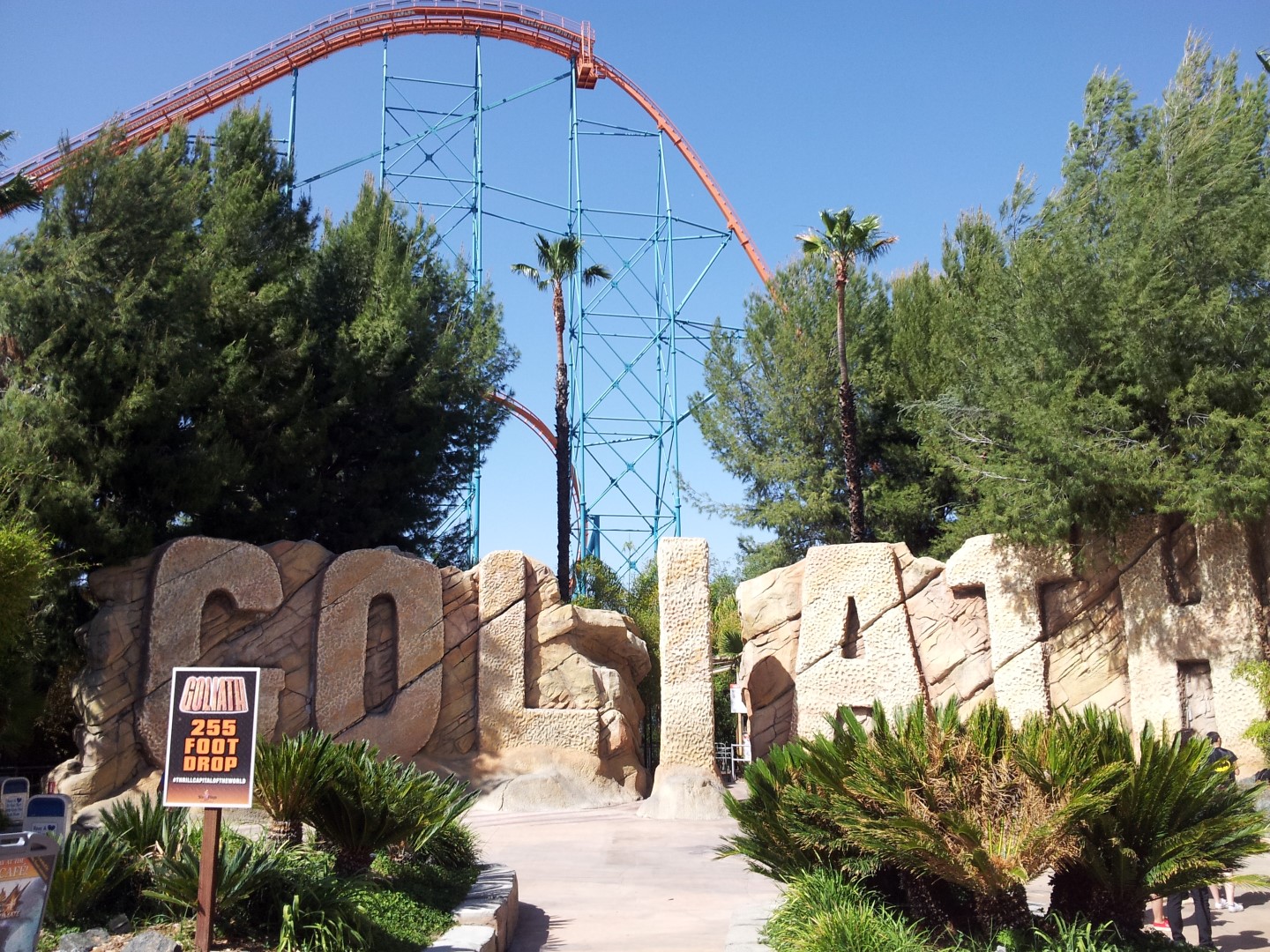 A little Screampunk District for you all. The GearWorks Theater, that will house Kwirk, is still undergoing its refurbishment. Currently the painting seems to have been completed, but the building’s outside will receive more new elements. In addition, the inside is being prepared for the new show. 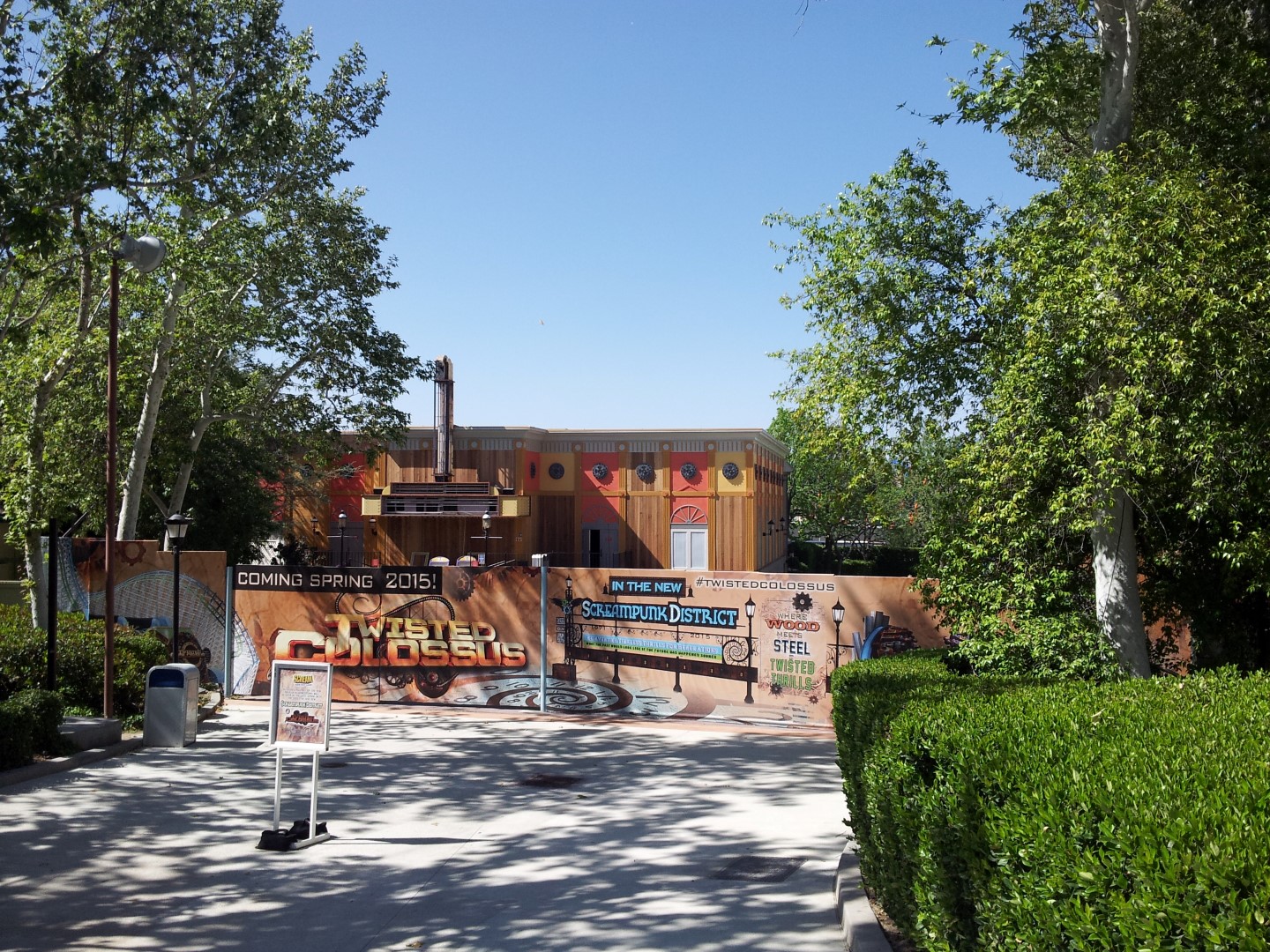 Let’s hop over the fence to the next park, Six Flags Hurricane Harbor. Where… Scream!’s left-over paint is being applied to Tornado! Yes, it may sound cheap, but tornado really needed a repaint, and considering that the majority of these slides have yellow-blue color schemes already, it’s cool to see the orange-blue scheme, which isn’t a common color for a slide of this kind. 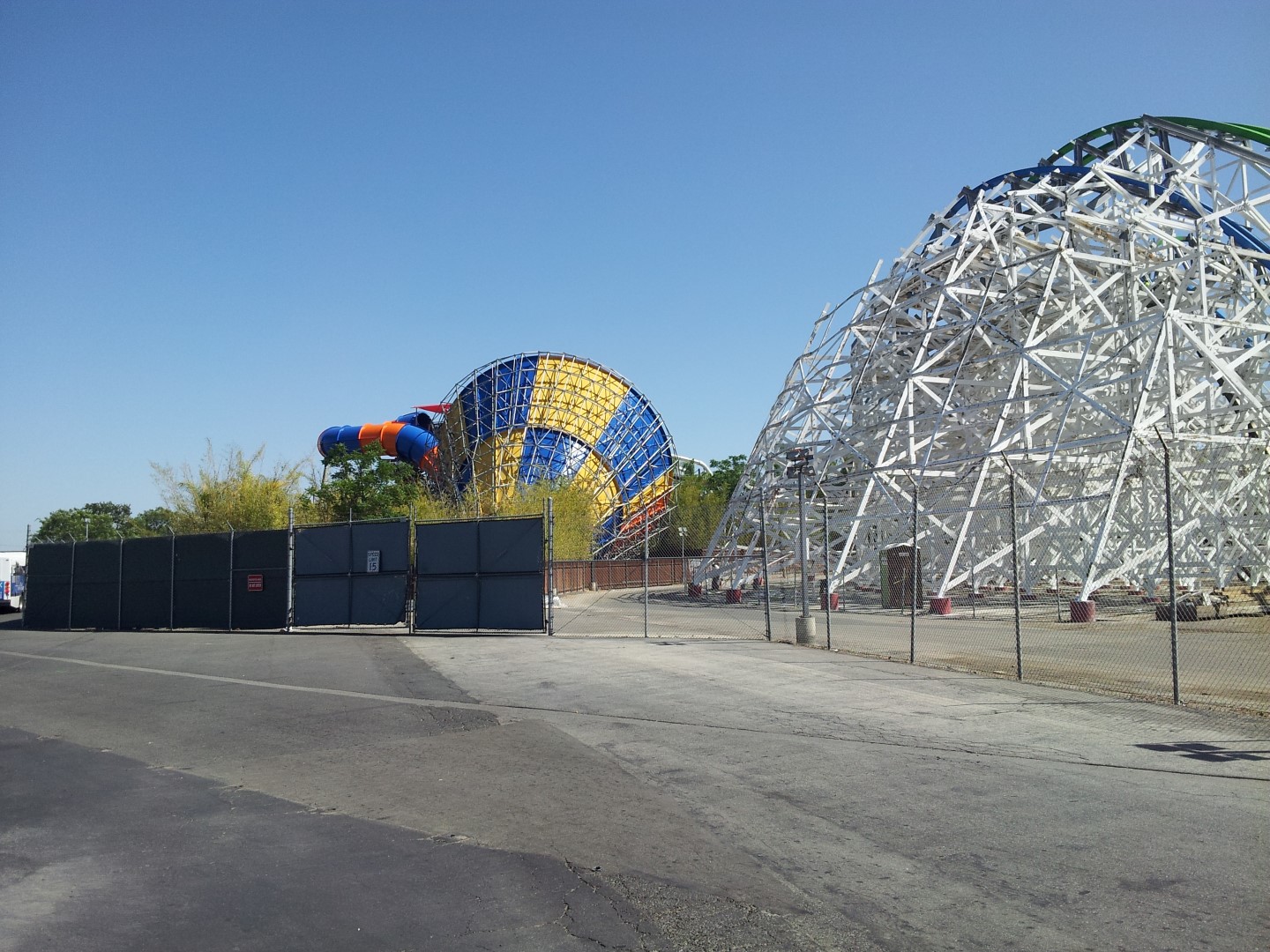 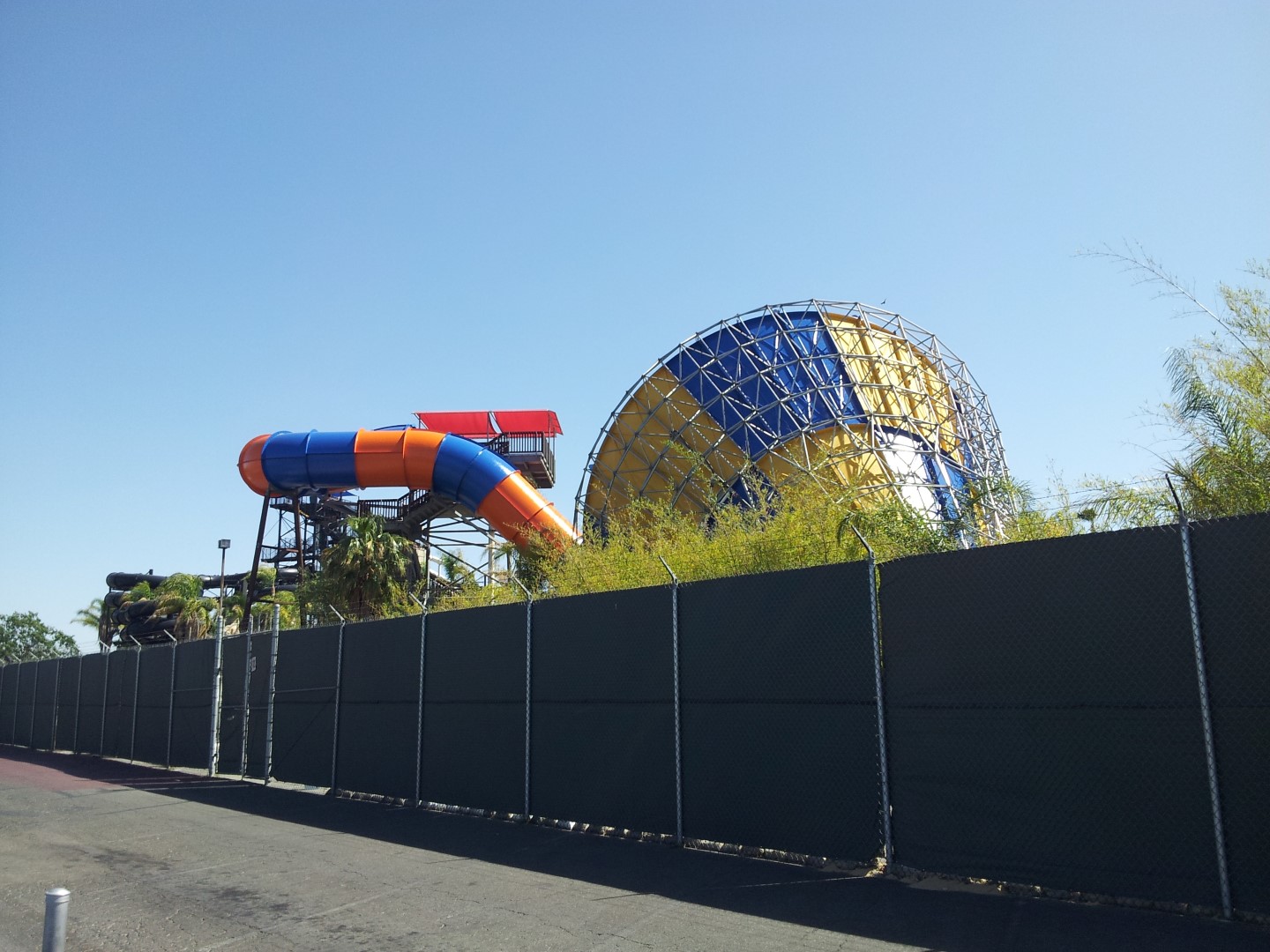 Now… I’m still investigating… but since the headquarters of the soda brand Sunkist has recently been located next to park, I’m wondering if the colors have anything to do with it. I must say the colors look great on Scream! and Tornado, so it doesn’t have to be related to Sunkist in any way, but I just made the observation, since the colors of the brand and the repainted rides are… well… the same. 🙂 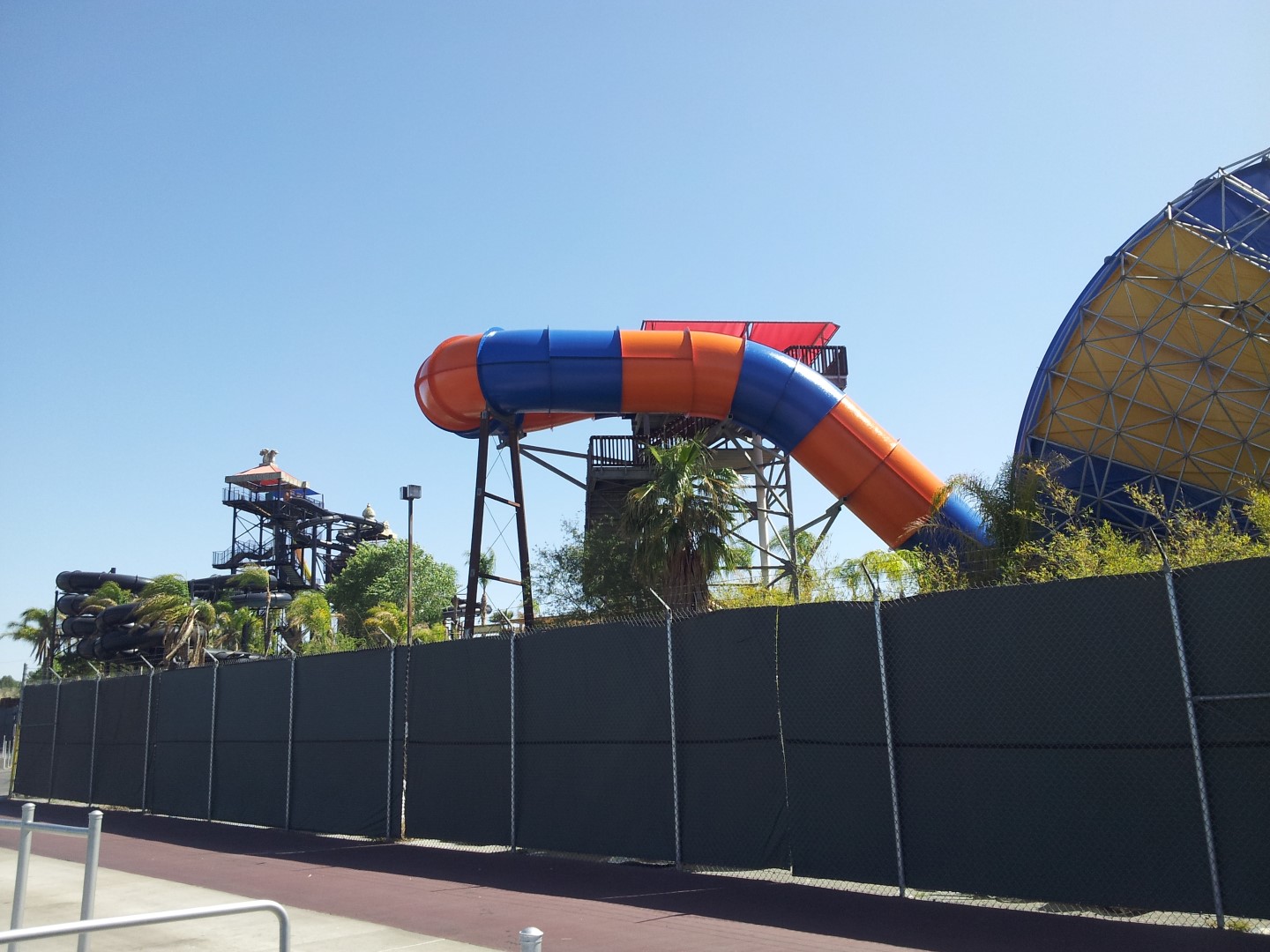 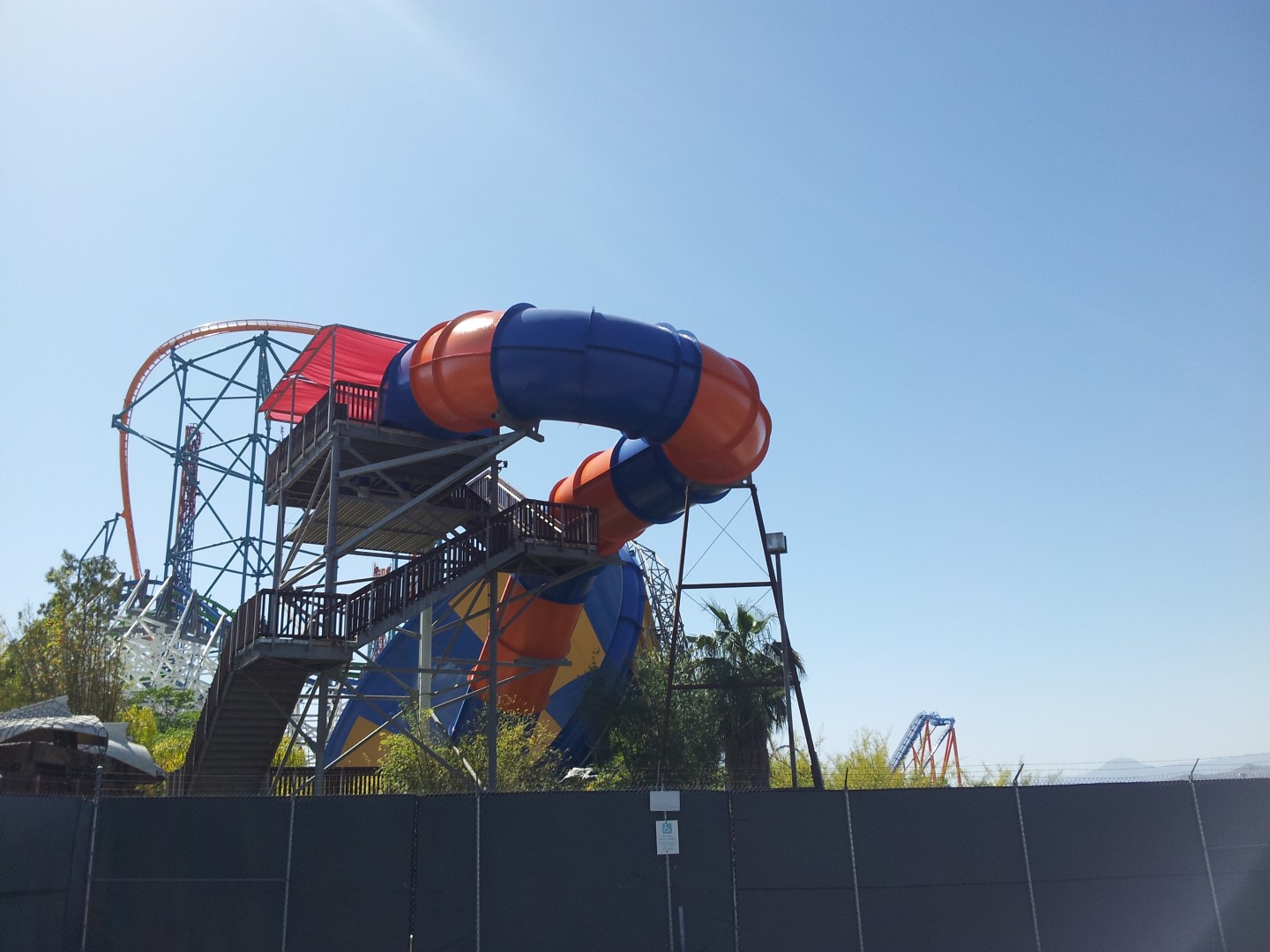 More Hurricane Harbor news, besides the pools being filled for the Forgotten Sea Wave Pool, and the recreational pools in the front of the water park, there’s some more prep going on. There have been several employee training sessions already. And today, as I walked by in fact, the maintenance crew was working on the trap doors of Bonzai Pipelines. No water was running through the slides, but the trap doors were opening and closing. 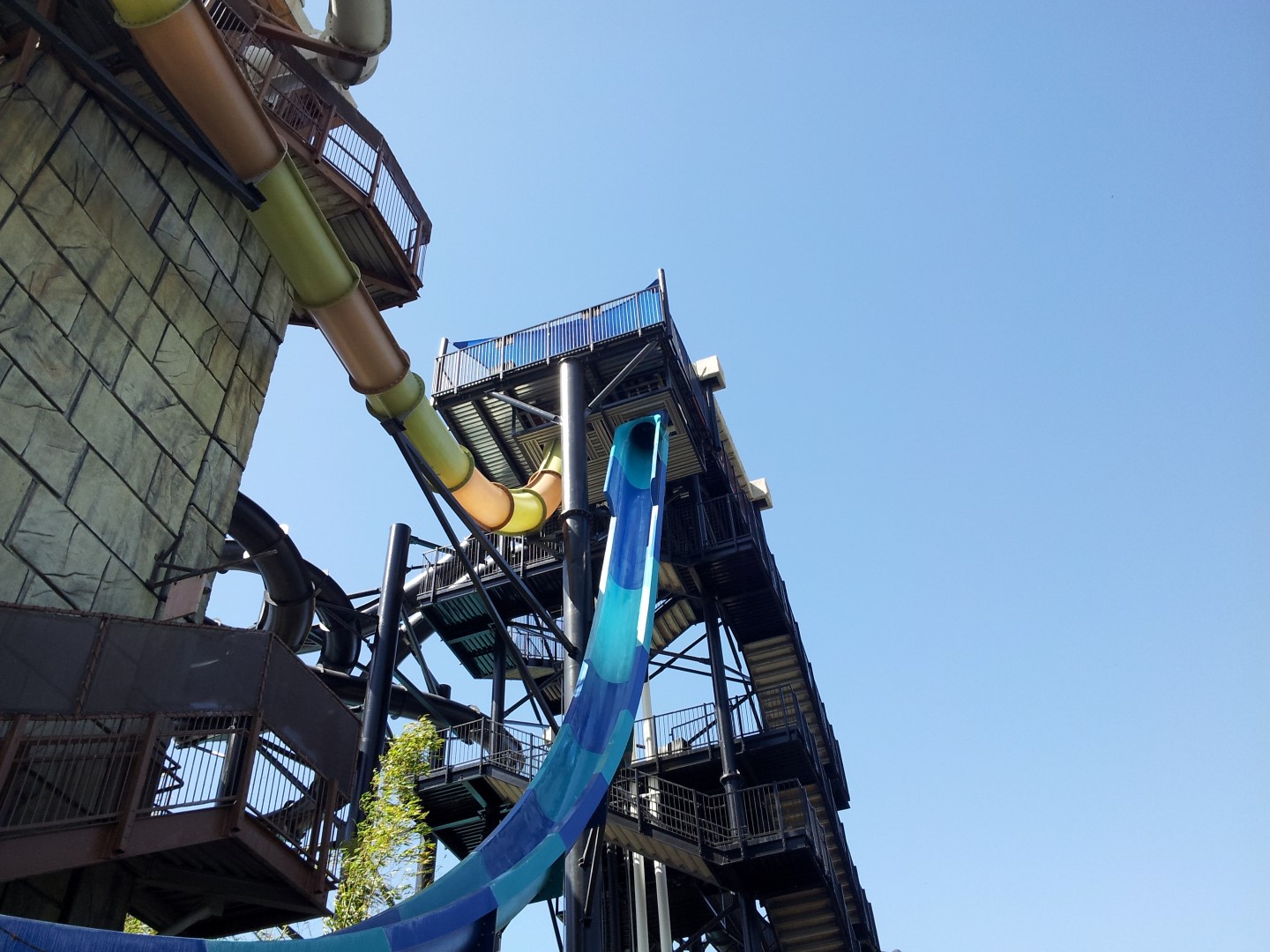 Last, but not least, the Lost Temple Rapids station pool is still being refurbished. The structure seems to be cleared from any other equipment, so perhaps we’ll soon see the re-installment of it. 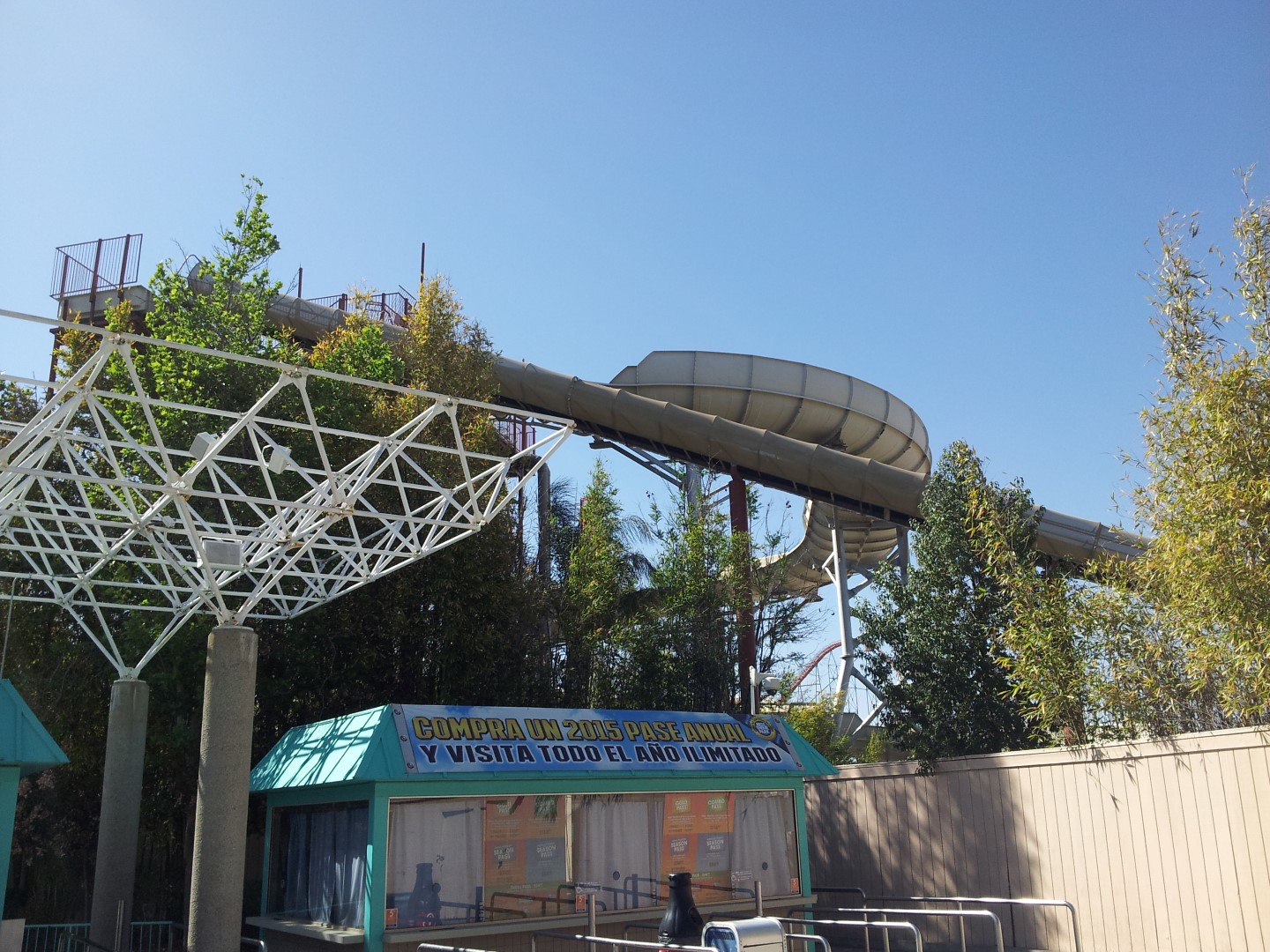 That was it for this update, remember Six Flags Magic Mountain is open daily! AND DON’T FORGET: FULL THROTTLE ERT TOMORROW (Saturday April 18th) 10AM. 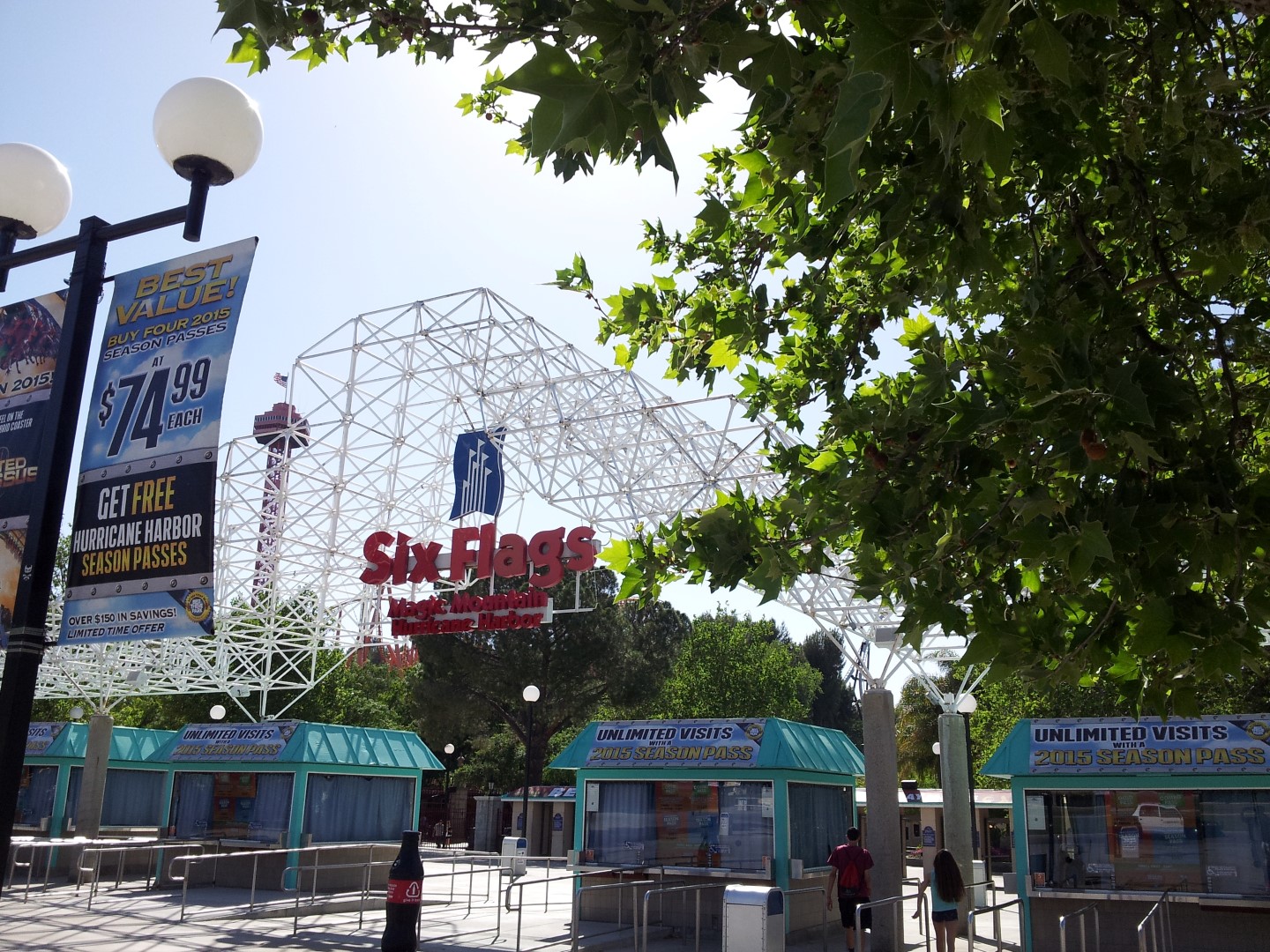 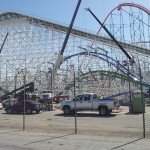 Thanks for checking out this new Twisted Colossus Update! We also just went LIVE with our Show Guide, which we recommend you check out!