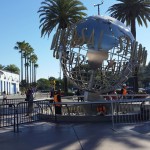 Since it was one of the last empty days before a crowded winter-season hits, a few repairs were being made on the famous Universal Studios globe over at the entrance to the park. 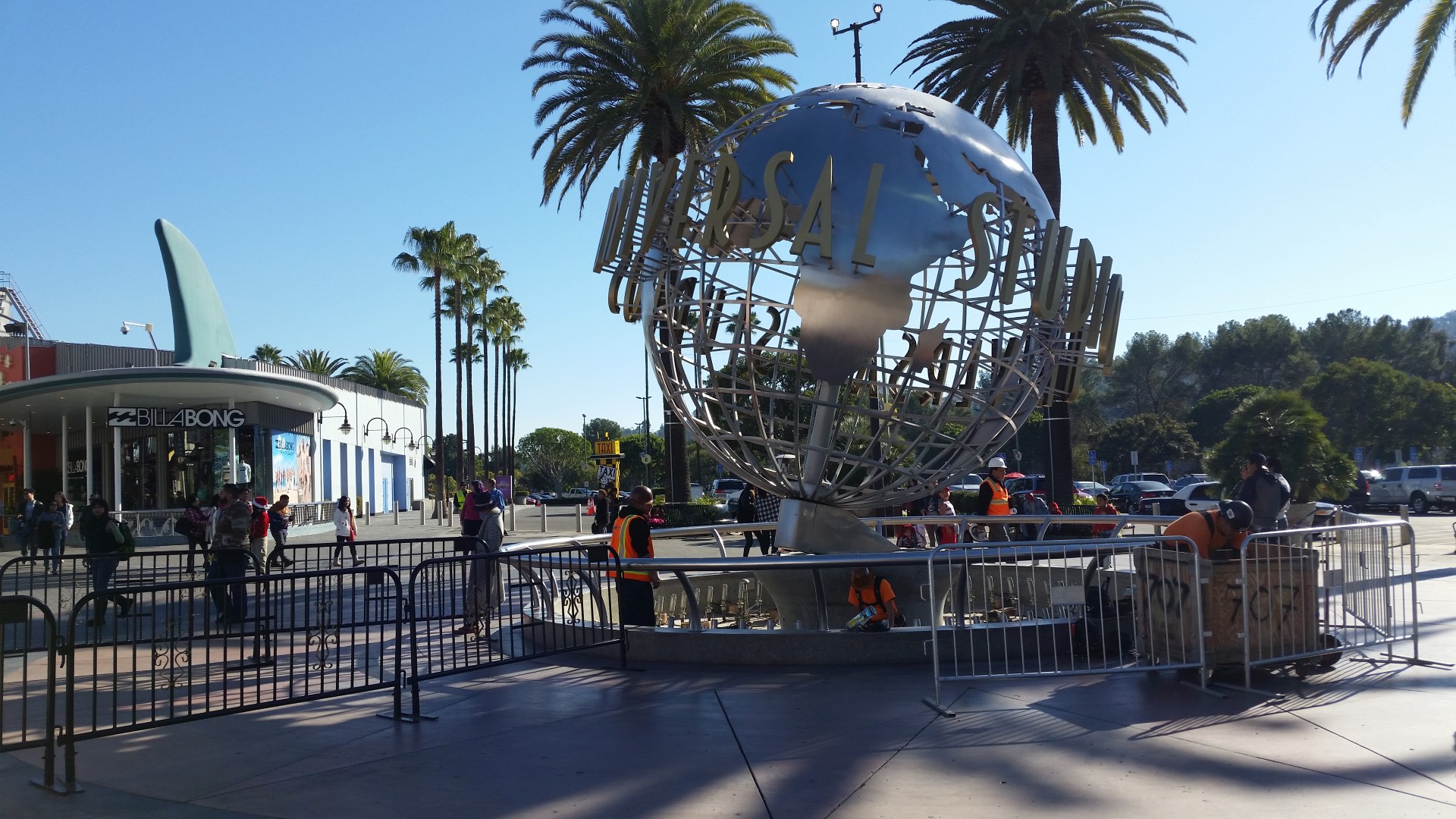 The security set up looks different than before, and will soon change again as SeaWorld, Disneyland Resort and Universal Studios Hollywood are sharpening their security after all the recent security threats around the world. 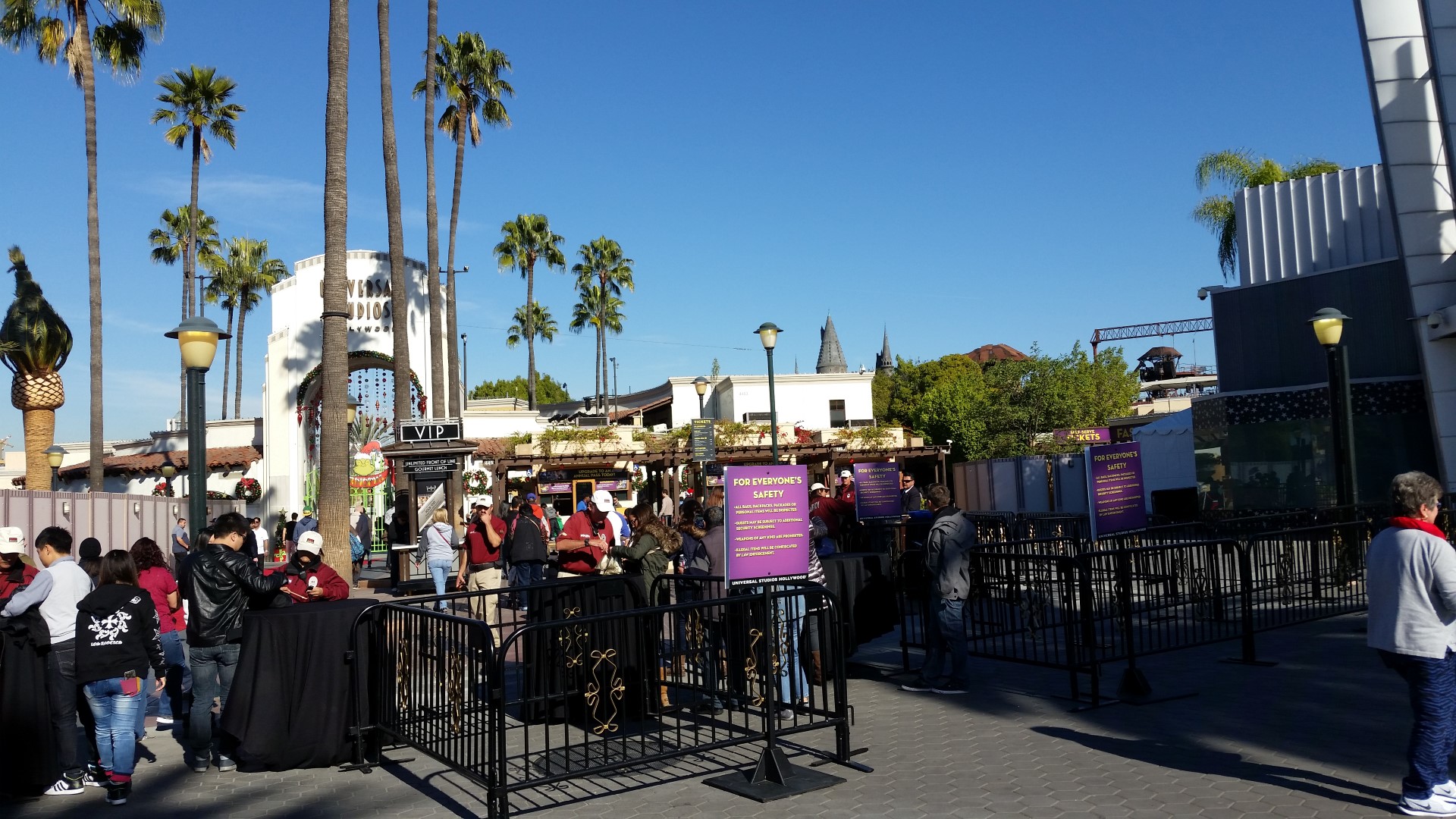 In addition, the left side of the entrance and ticket booth plaza is still under construction, recently new palm trees have been placed. 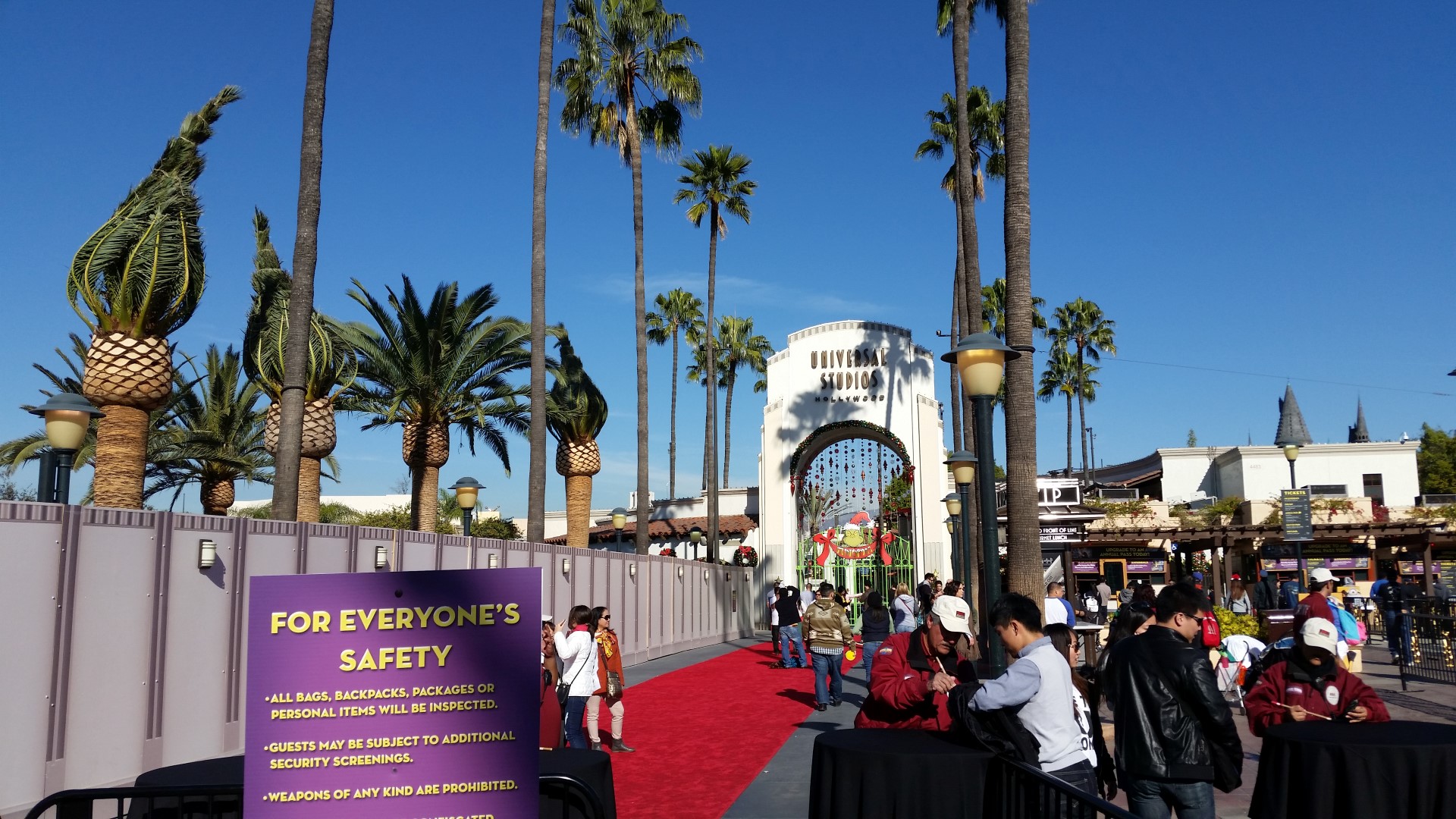 Once inside the park the midway is also a construction zone. Not for long I expect, as there’s no way weekend/winter crowds can fit through the narrow passage ways on the sides. 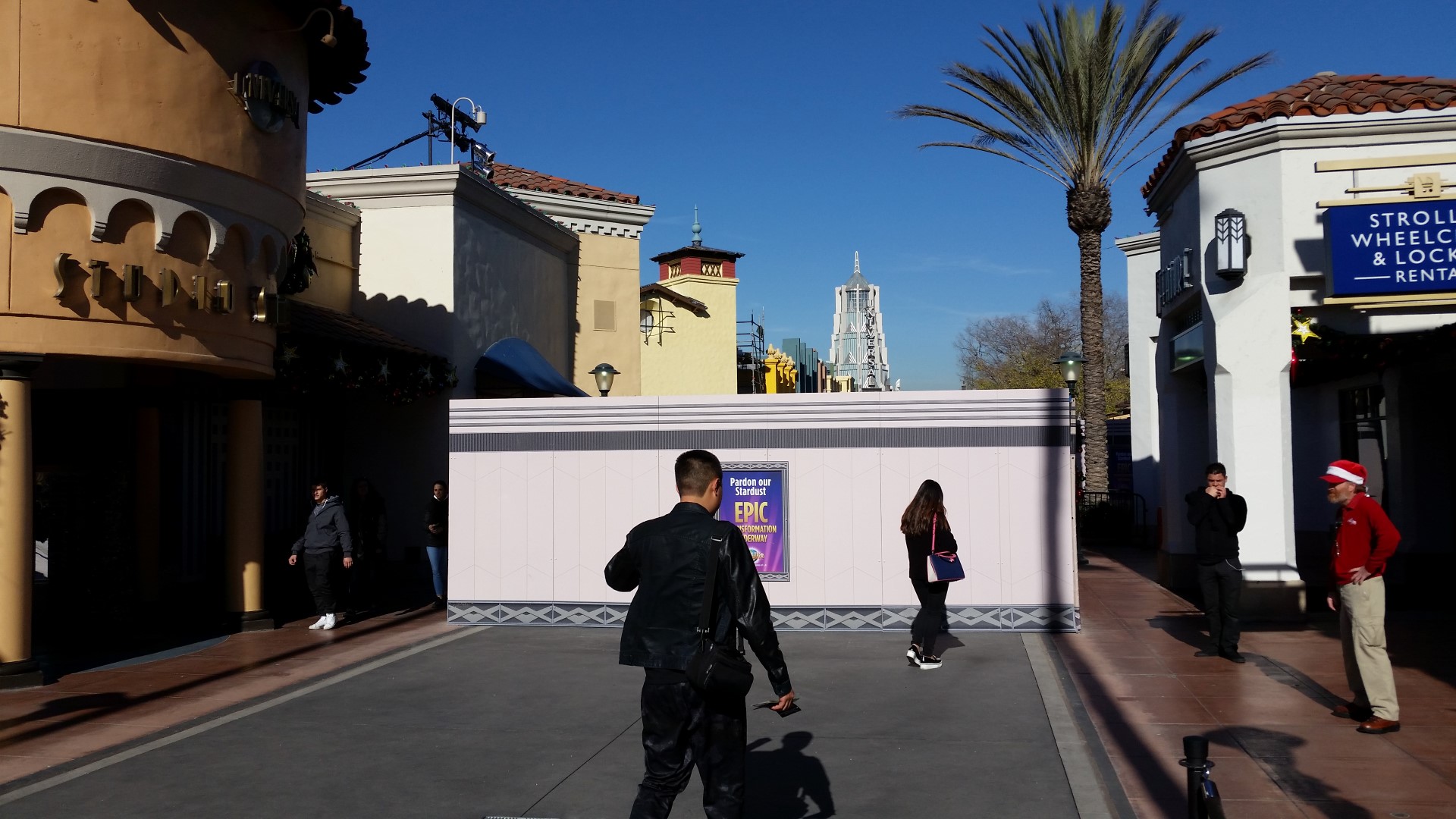 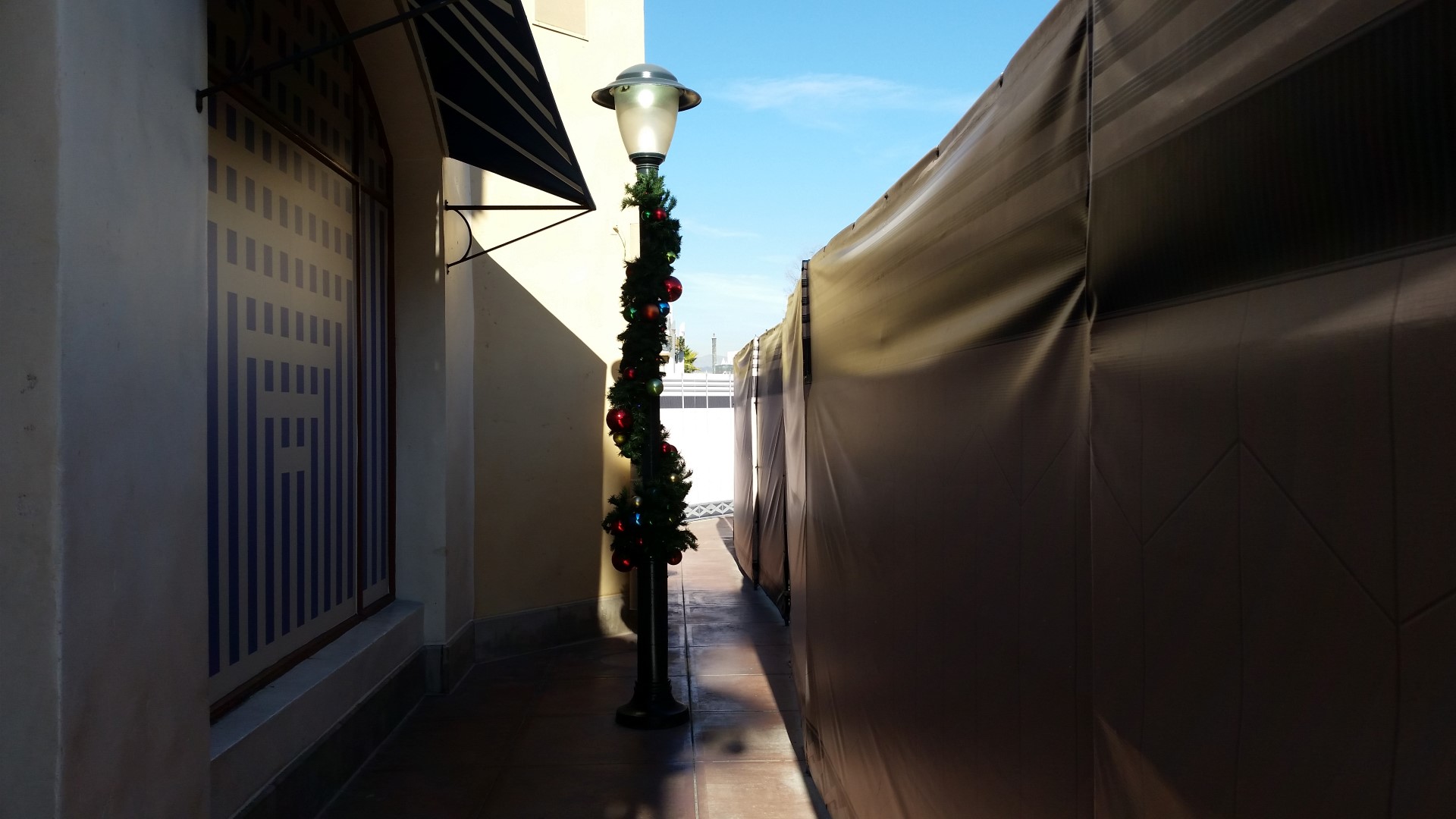 But once on the other side, everyone gets a wonderful look at the new retail/dining center. Which actually looks very nice. 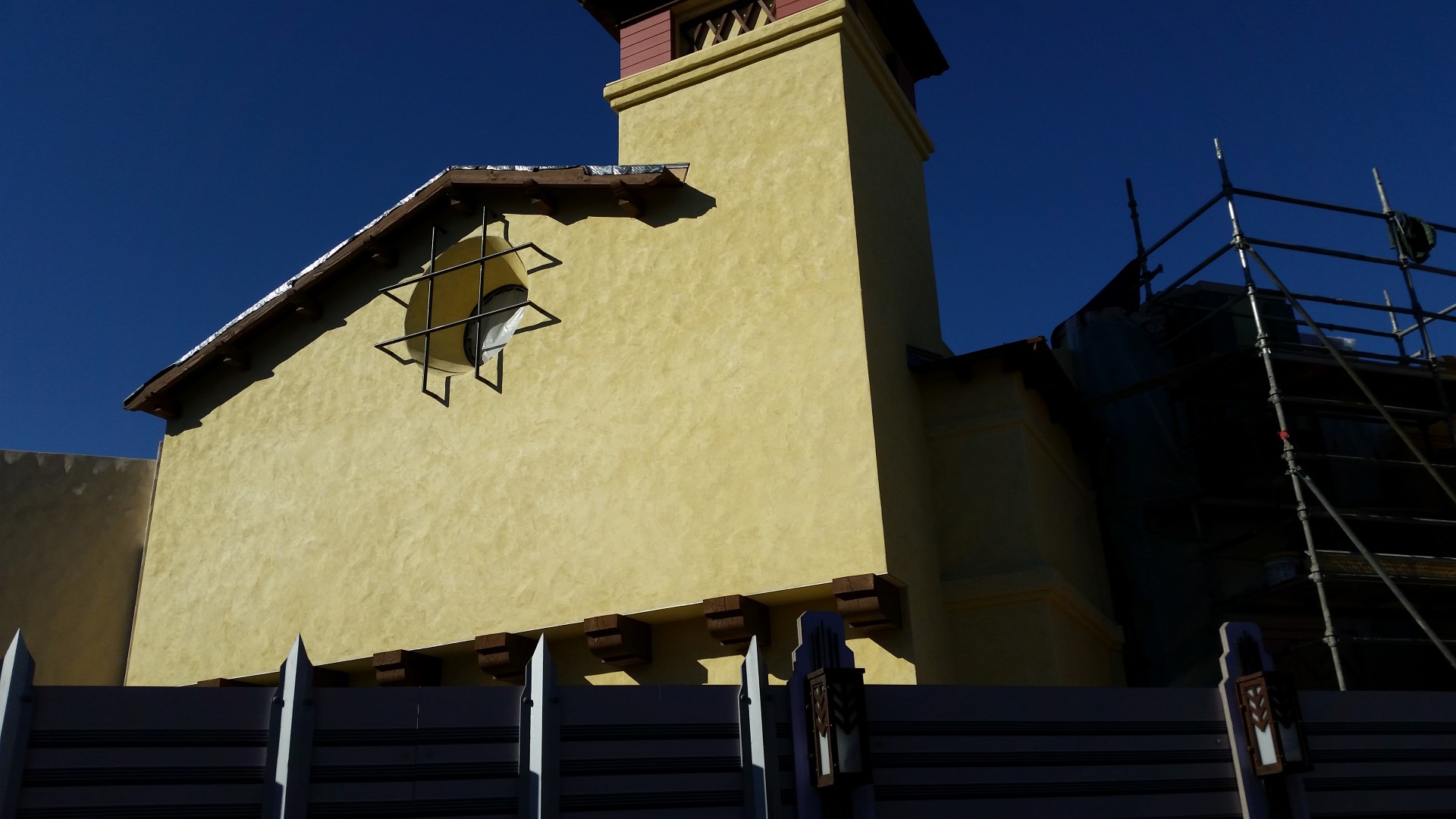 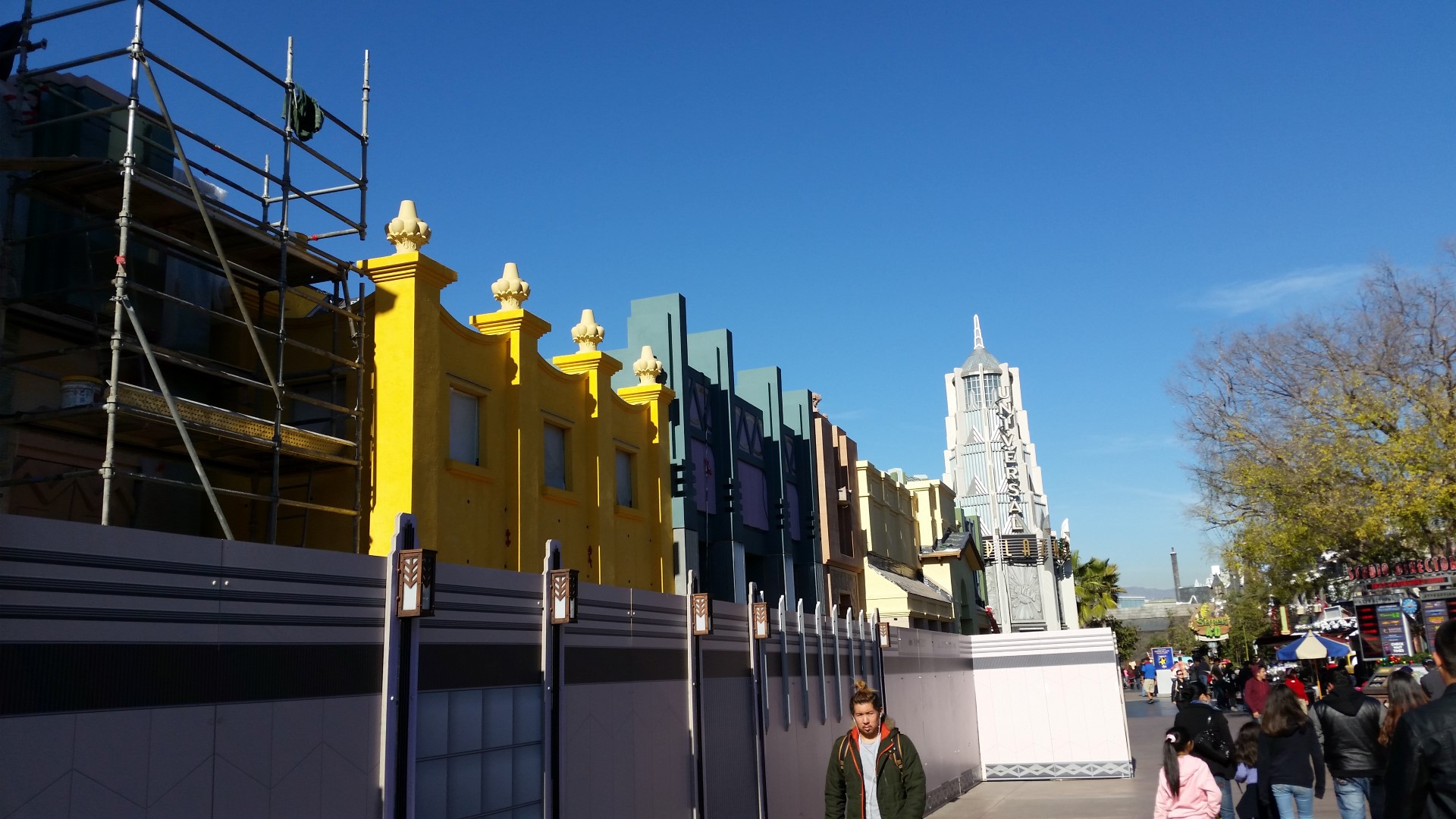 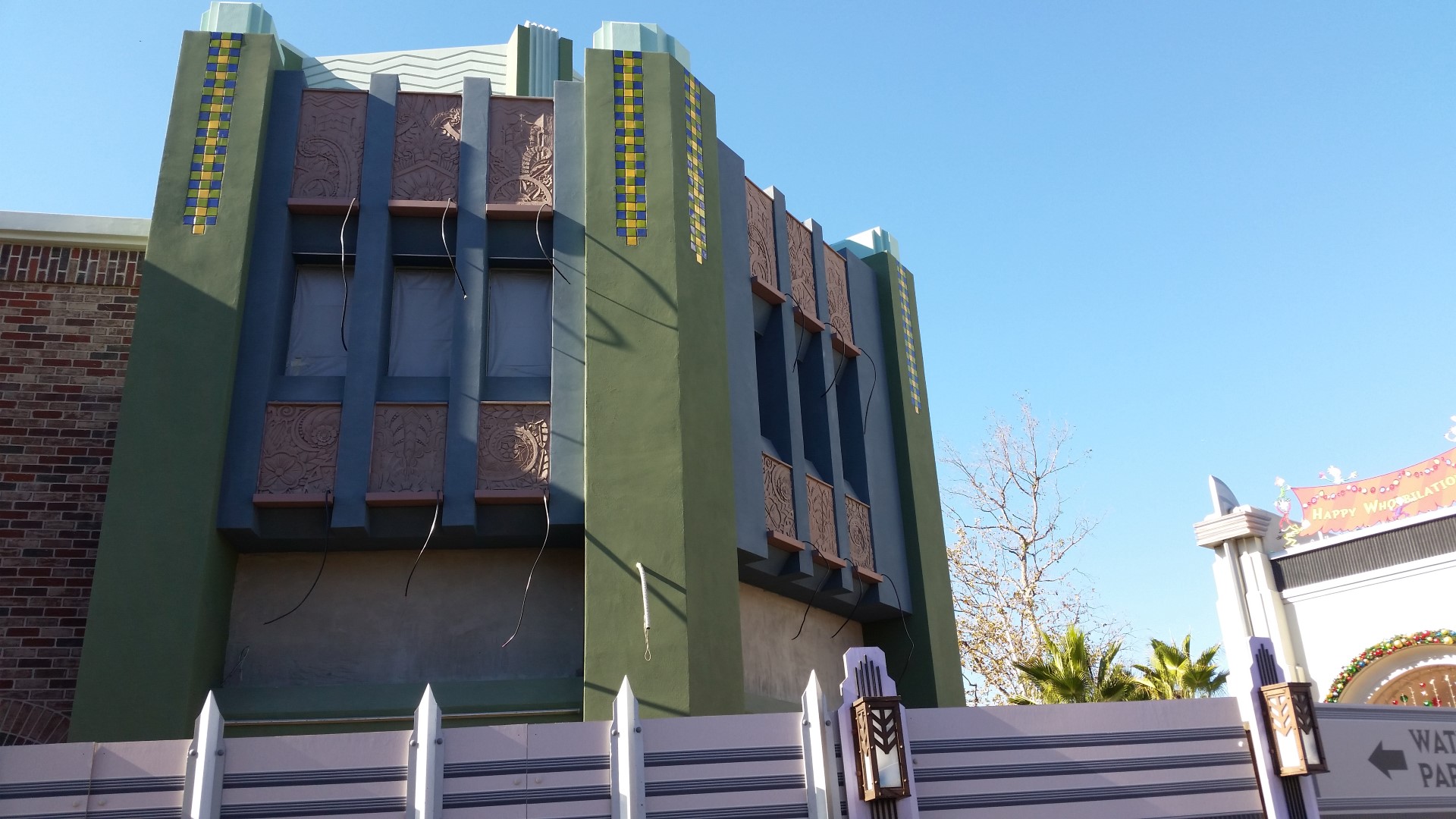 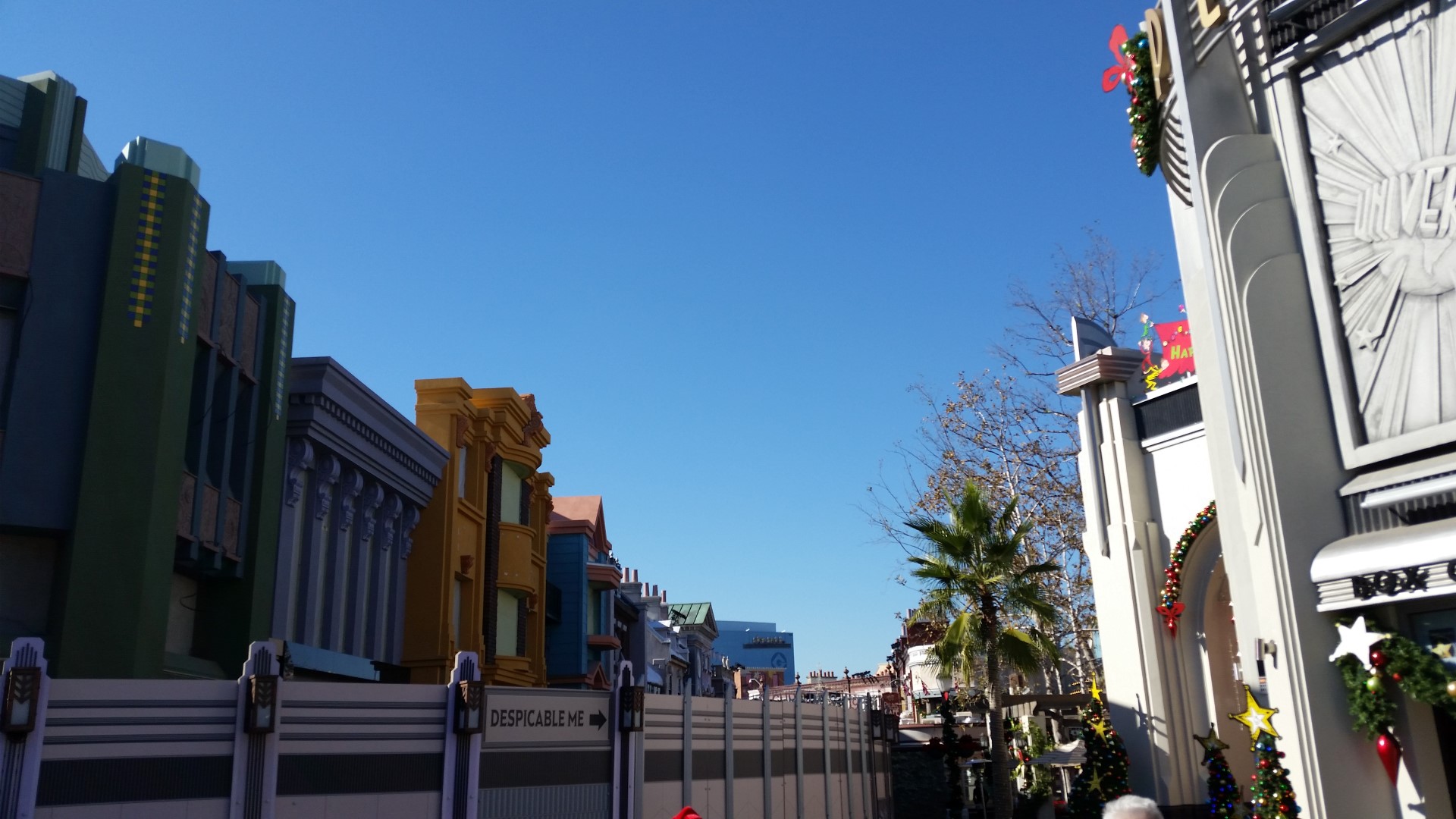 I’m not the biggest fan of even more food and shopping places at the park, personally. Since they’ve got soooo many already. But I do believe it looks wonderful. I just wish a high-capacity ride would’ve been in the spot. The park can be empty but lines can still be long due to the limited amount of attractions at the park. 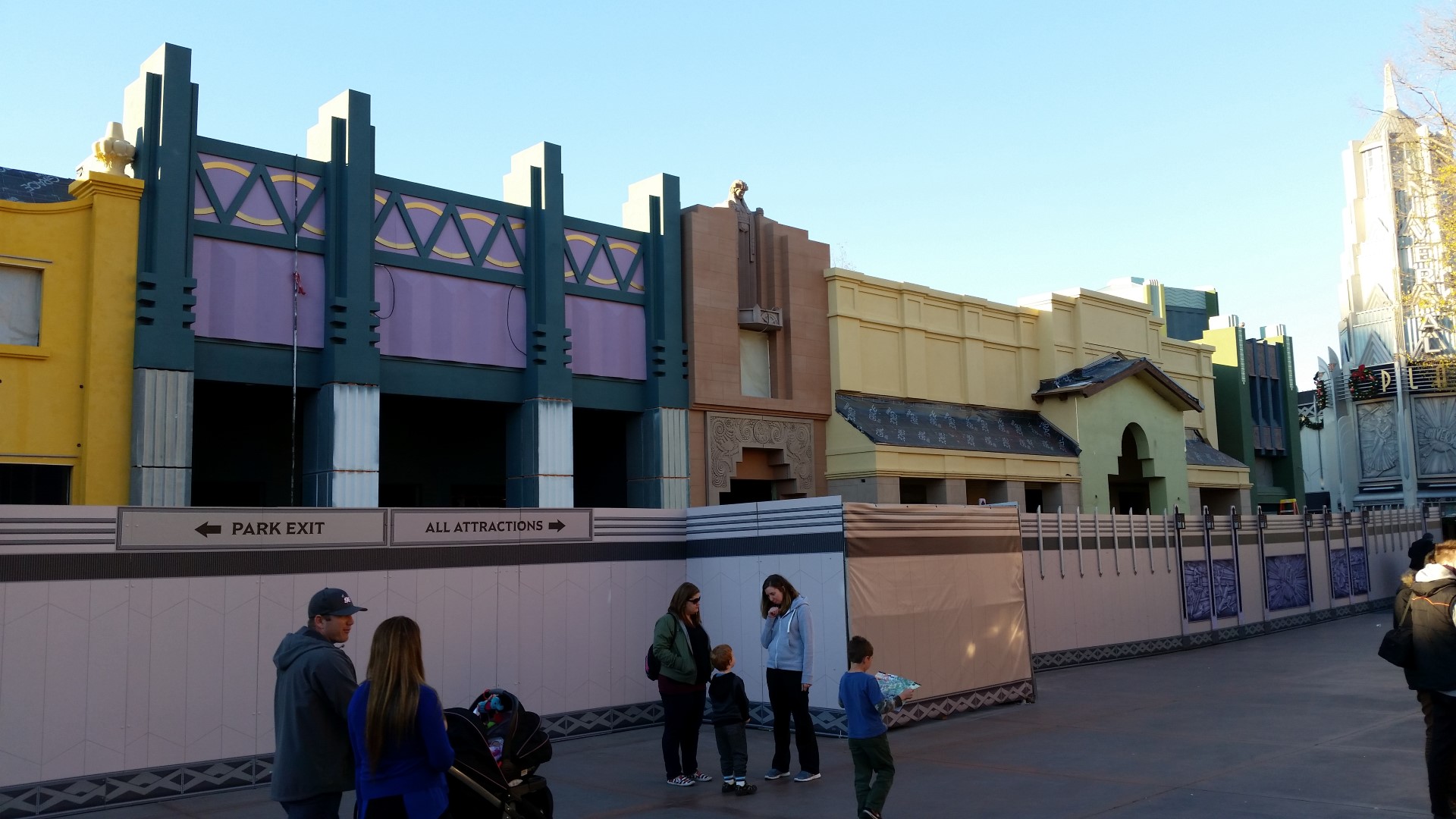 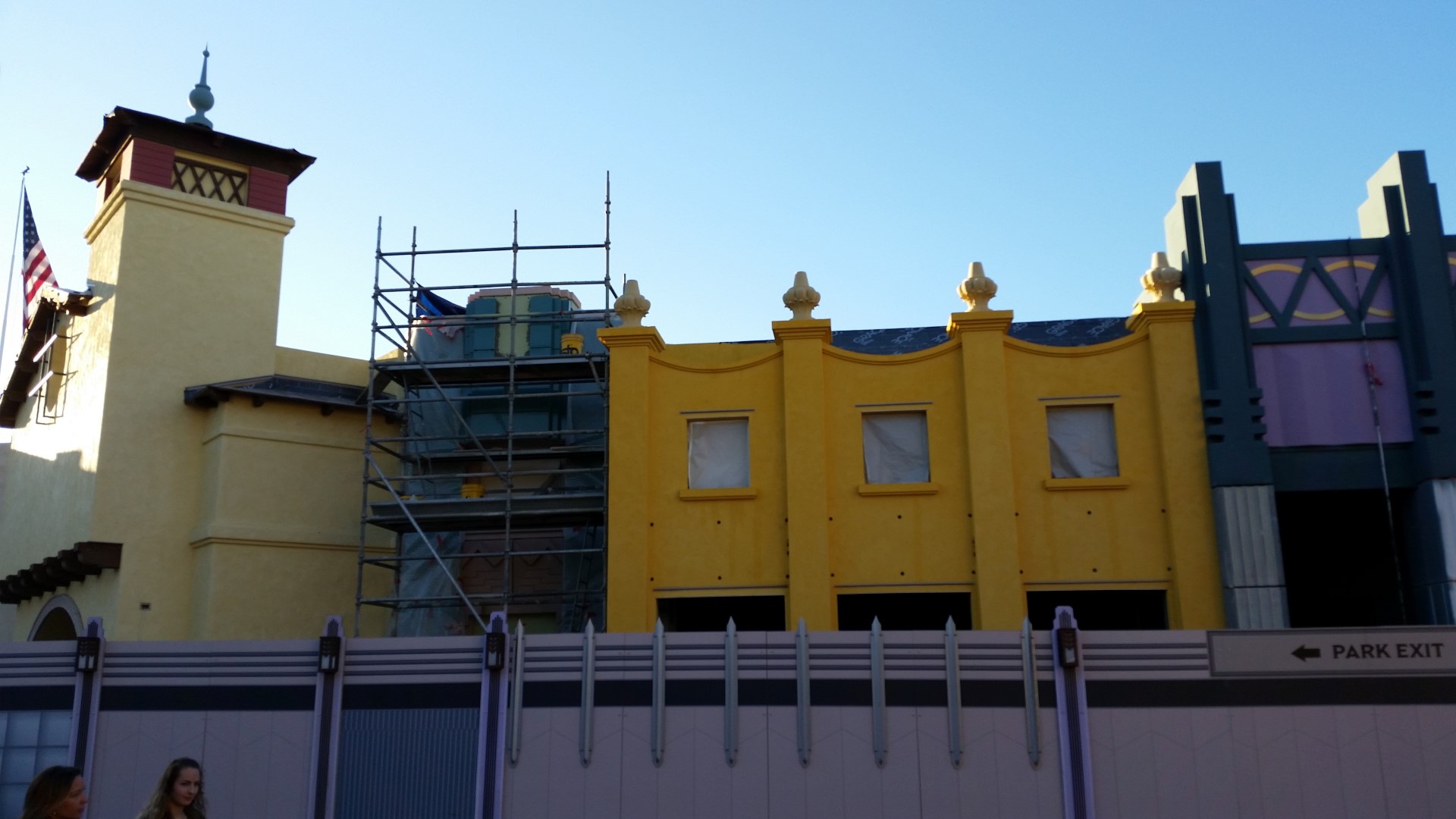 The Special Effects Show is reopening this weekend, if I’m correct. There’s a pass-holder preview tomorrow, which I can’t make it to. I’ll be back next week and will let you know if it’s any better than the old one. (IT BETTER) 😛 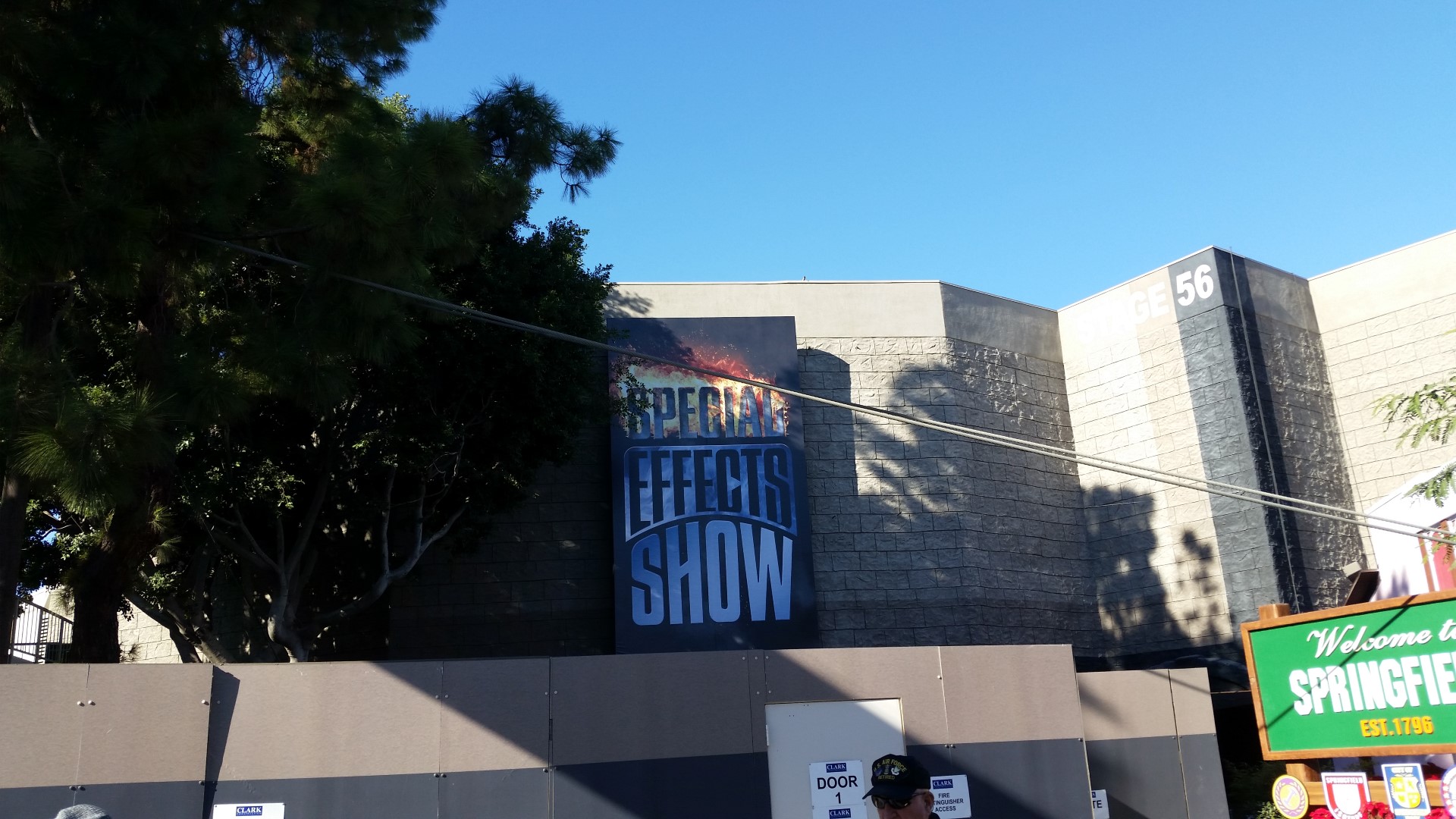 Moving to the beloved Studio Tour. It’s very much the time for Universal Studios Hollywood to replace the TV screens in line, the majority look like the ones below. Totally messed up. 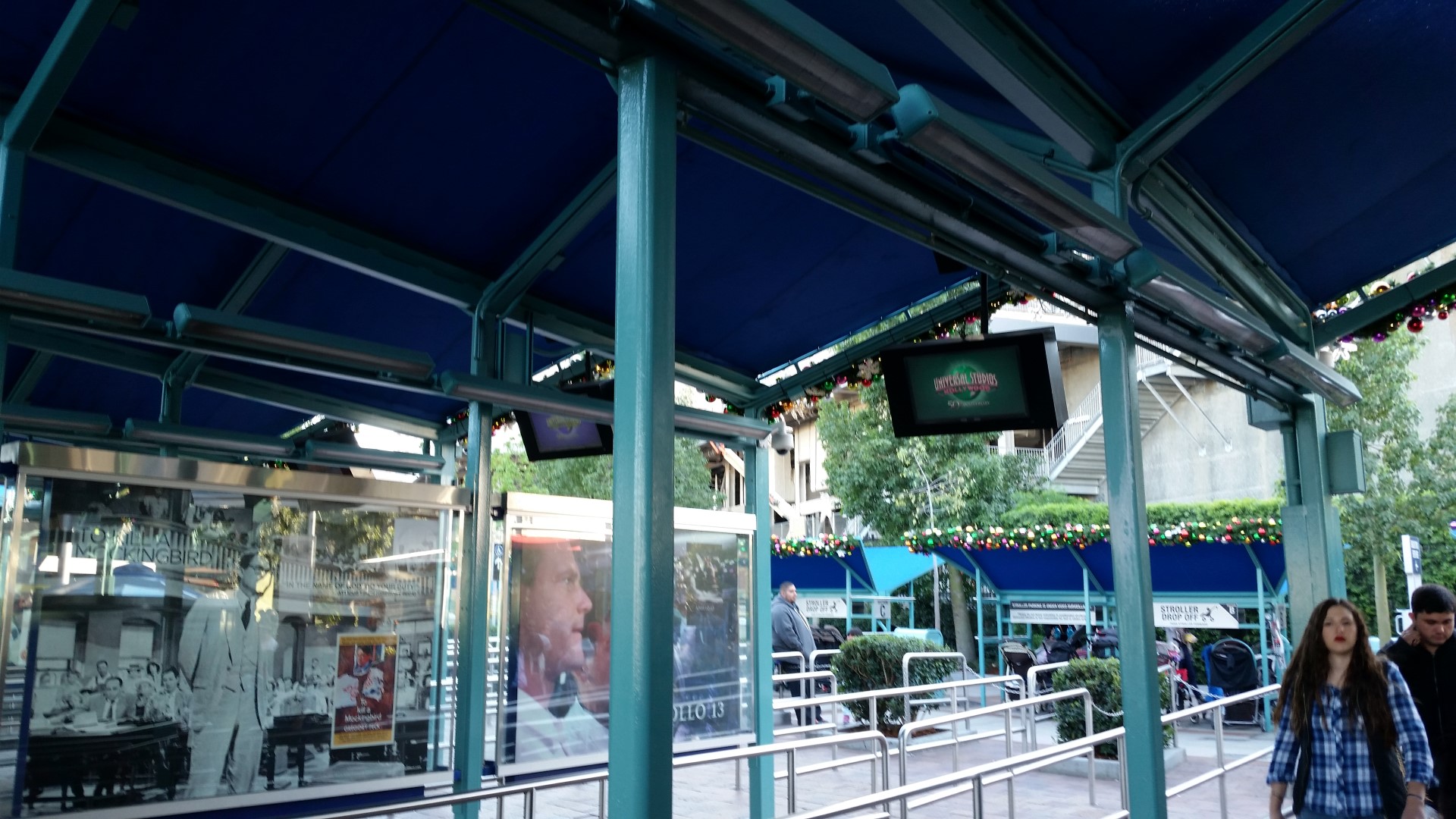 The park did replace the line-covers near the front of the line last week. 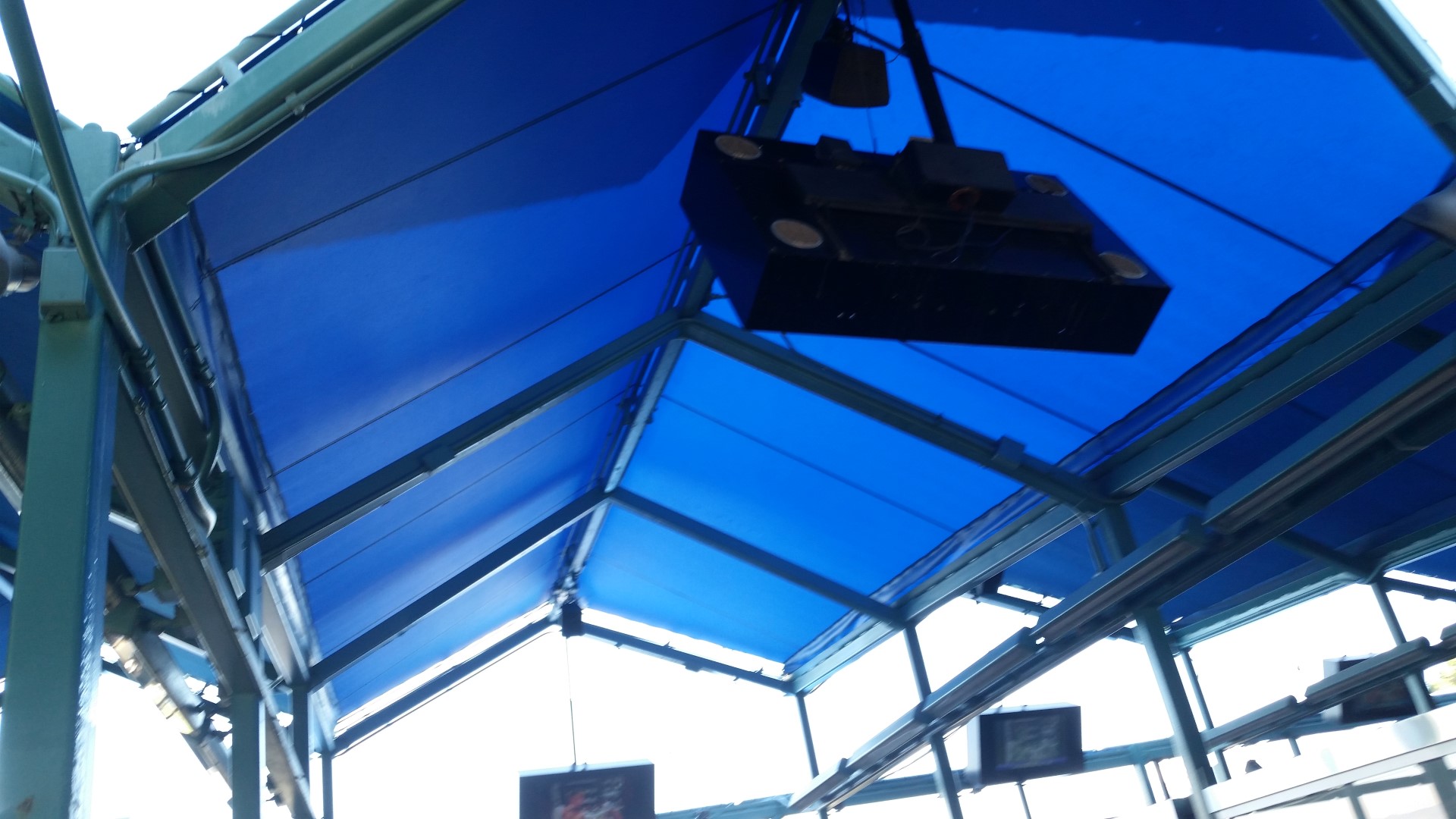 It seems as if Earthquake is back full-time on the Studio Tour. After two months of off and on usage of the attraction, it seems to be updated and back in use full-time. 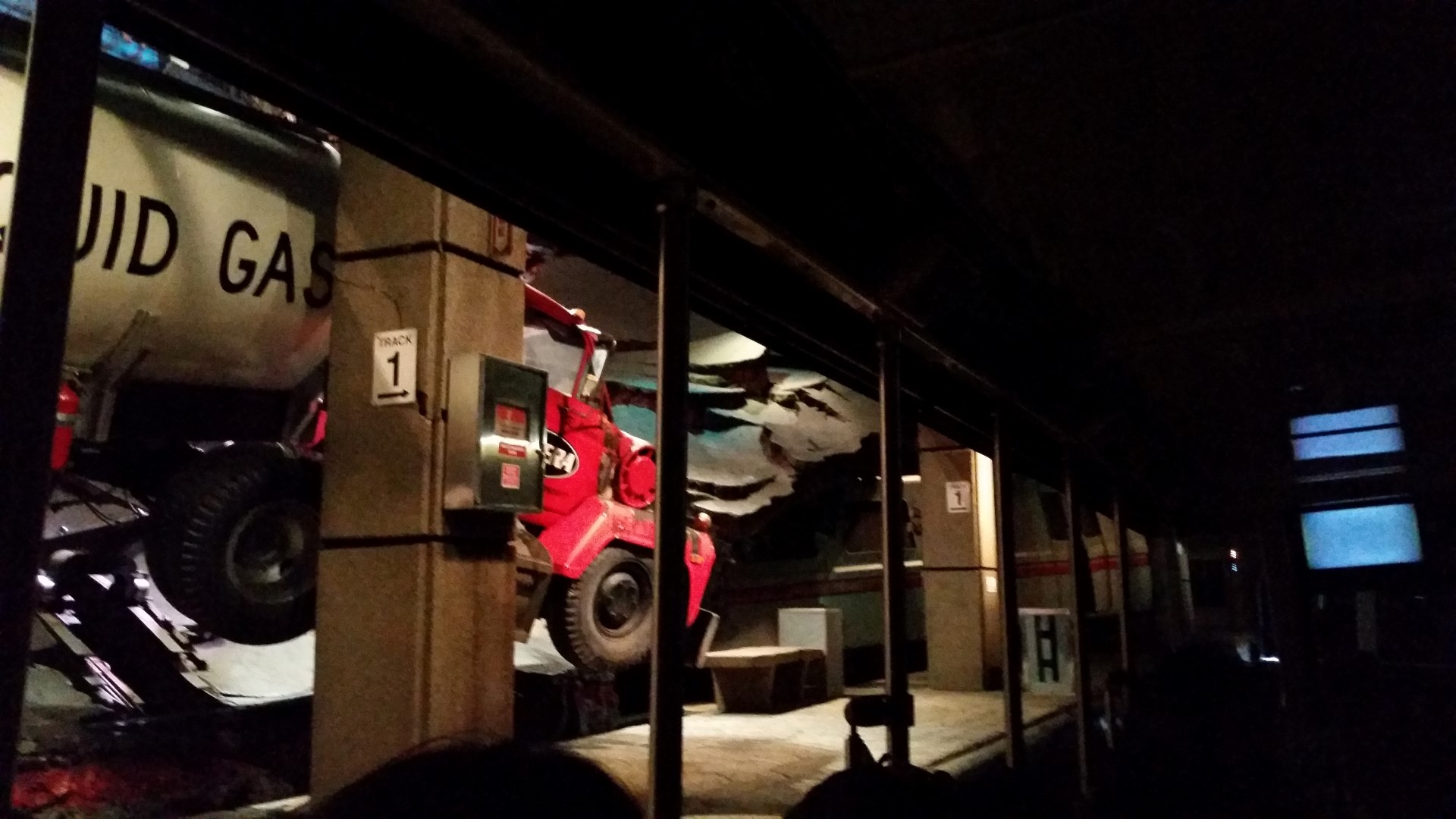 Fast & Furious: Supercharged was having some pretty bad technical difficulties today, trams kept reentering, eventually our tram ended up waiting almost 20 minutes to enter the attraction to then be told it was down for an extended period. It did reopen later in the afternoon, when we rode again. 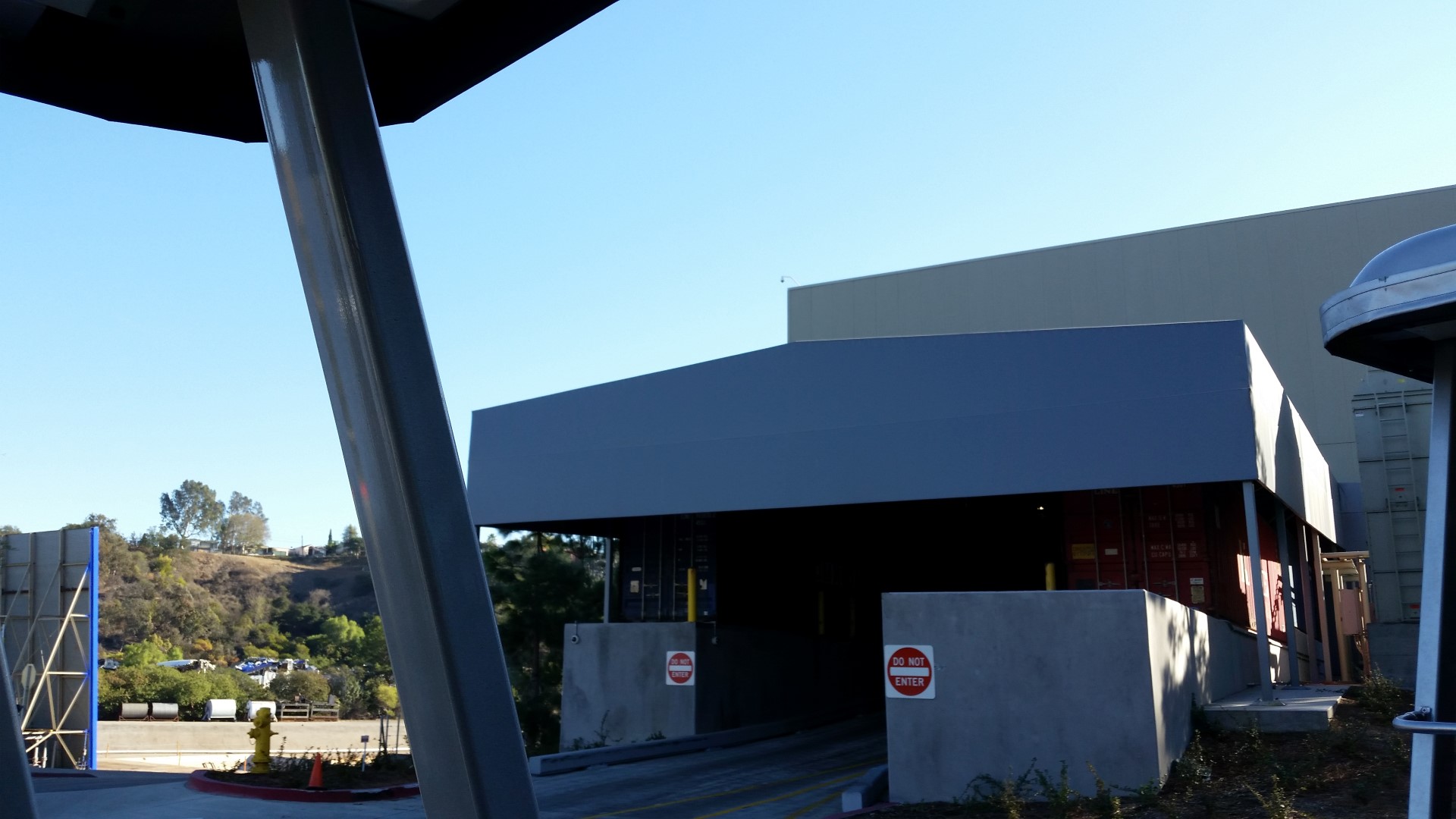 They did neatly give each party a front of the line pass to any ride. 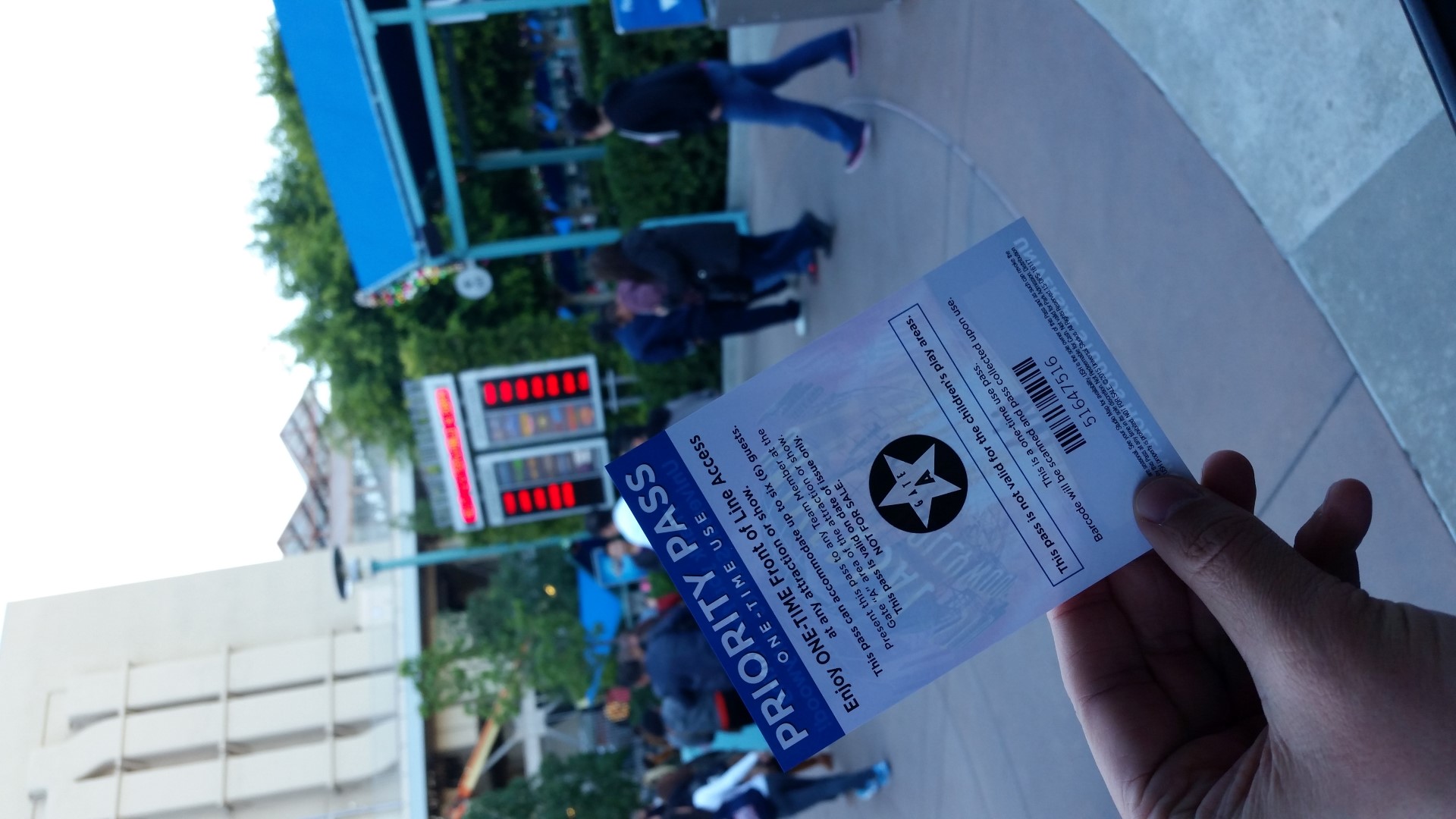 Talking Studio Tour… something cool is going on inside Stage 55 (old Fast & Furious Tokyo Drift attraction), when we passed by it sounded like mechanical effects were being tested, or something mechanical was happening within the attraction. 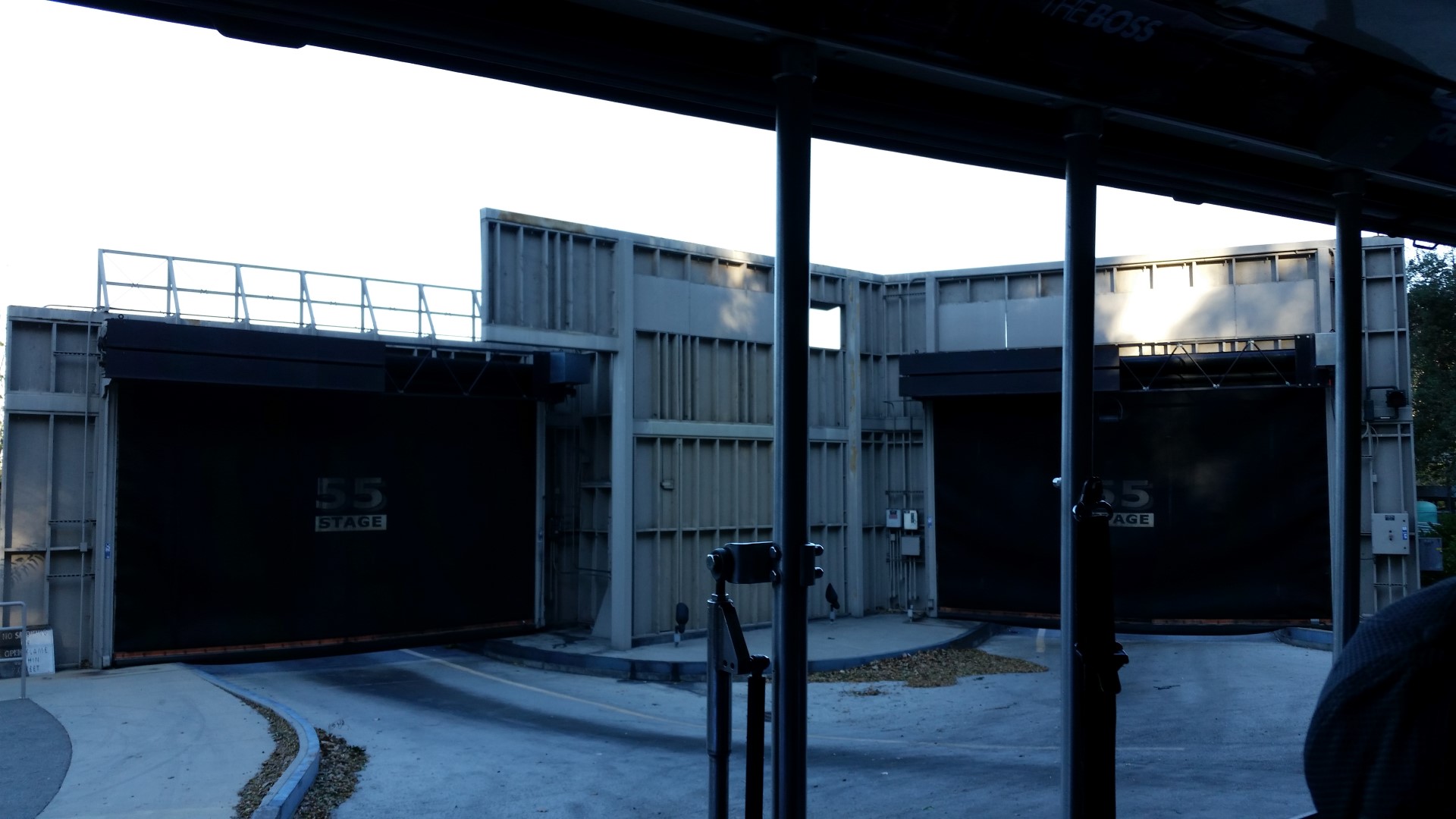 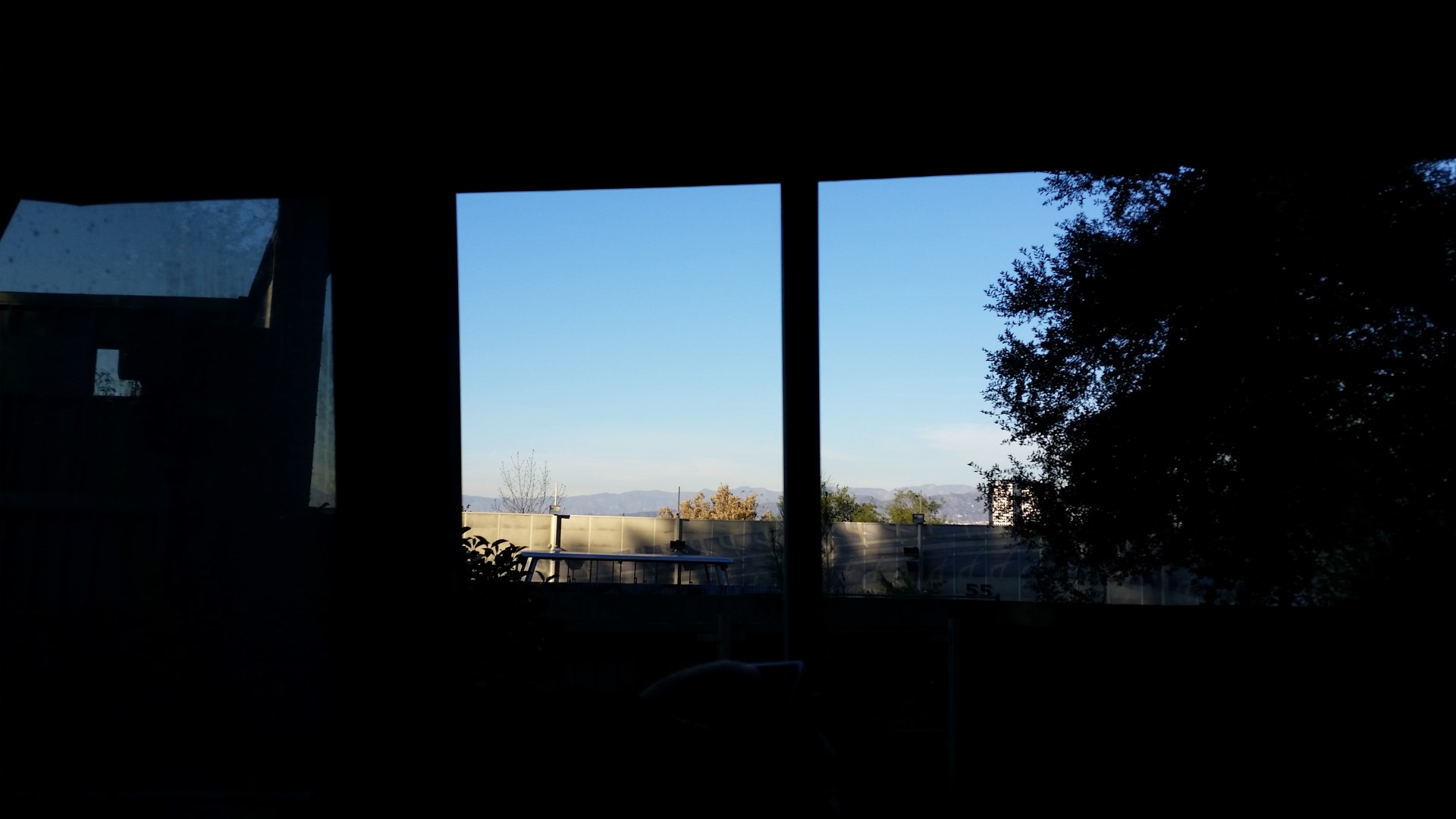 The French Bistro has opened up again, the diner in front of it though, Mel’s diner, remains closed. 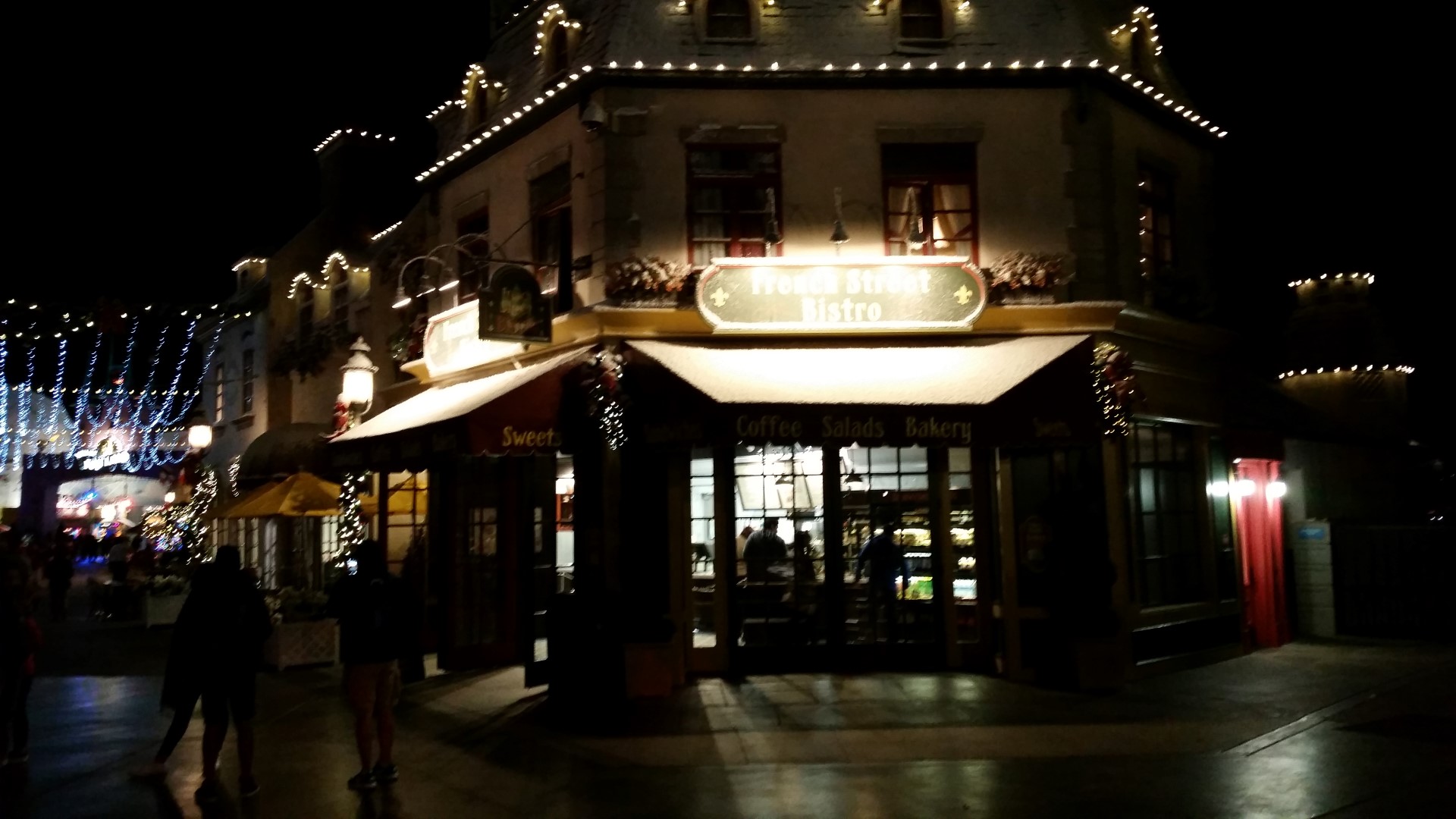 The temporary structure over at Panda Express on the Lower Lot remains. I’m unsure when it’ll leave, and if a new shade structure is in the works. 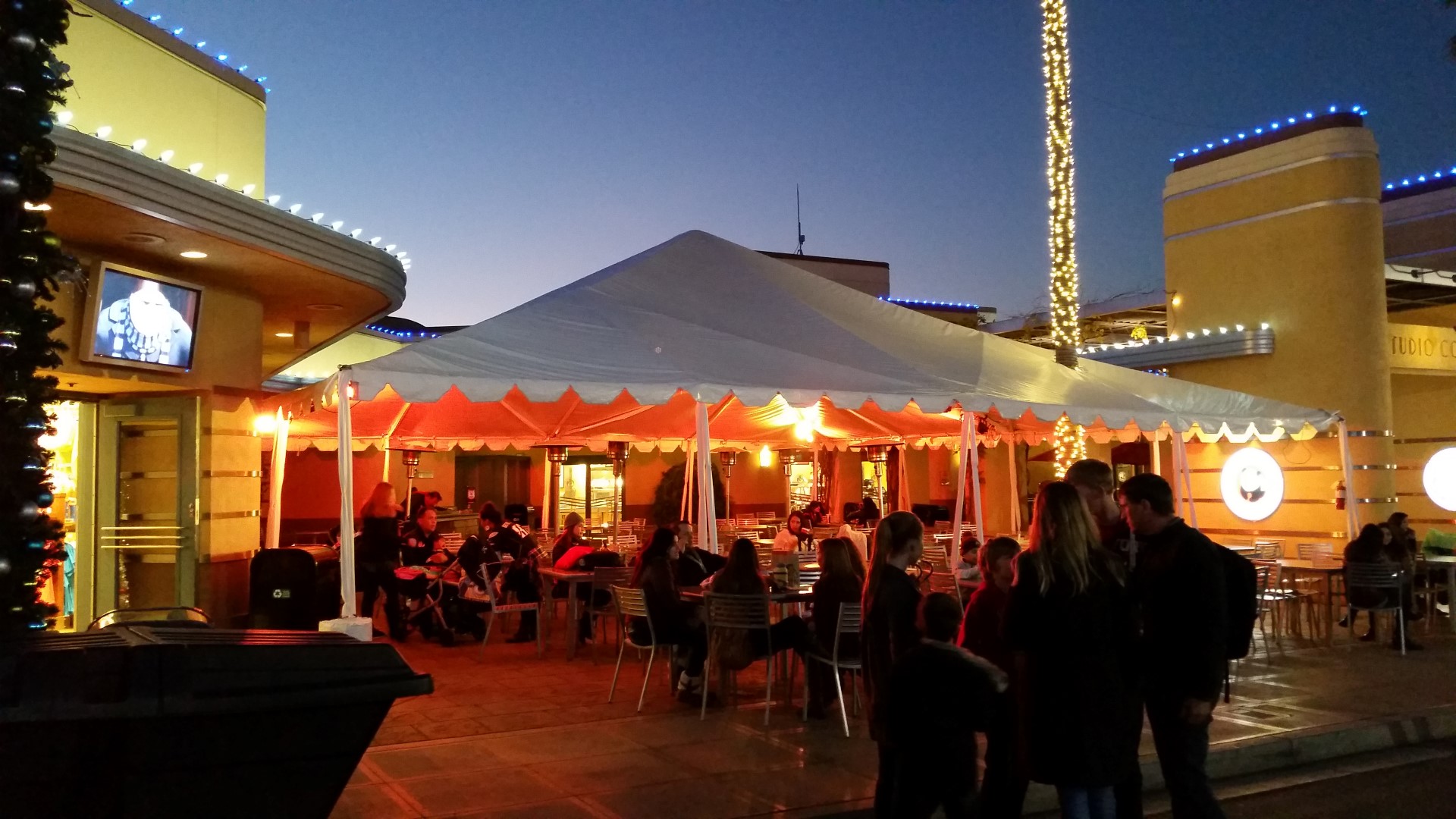 Let’s potter it up! Wizarding World of Harry Potter is opening April 7th! But all rides are being tested! Another day of seeing the Flight of the Hippogriff family coaster make test runs. 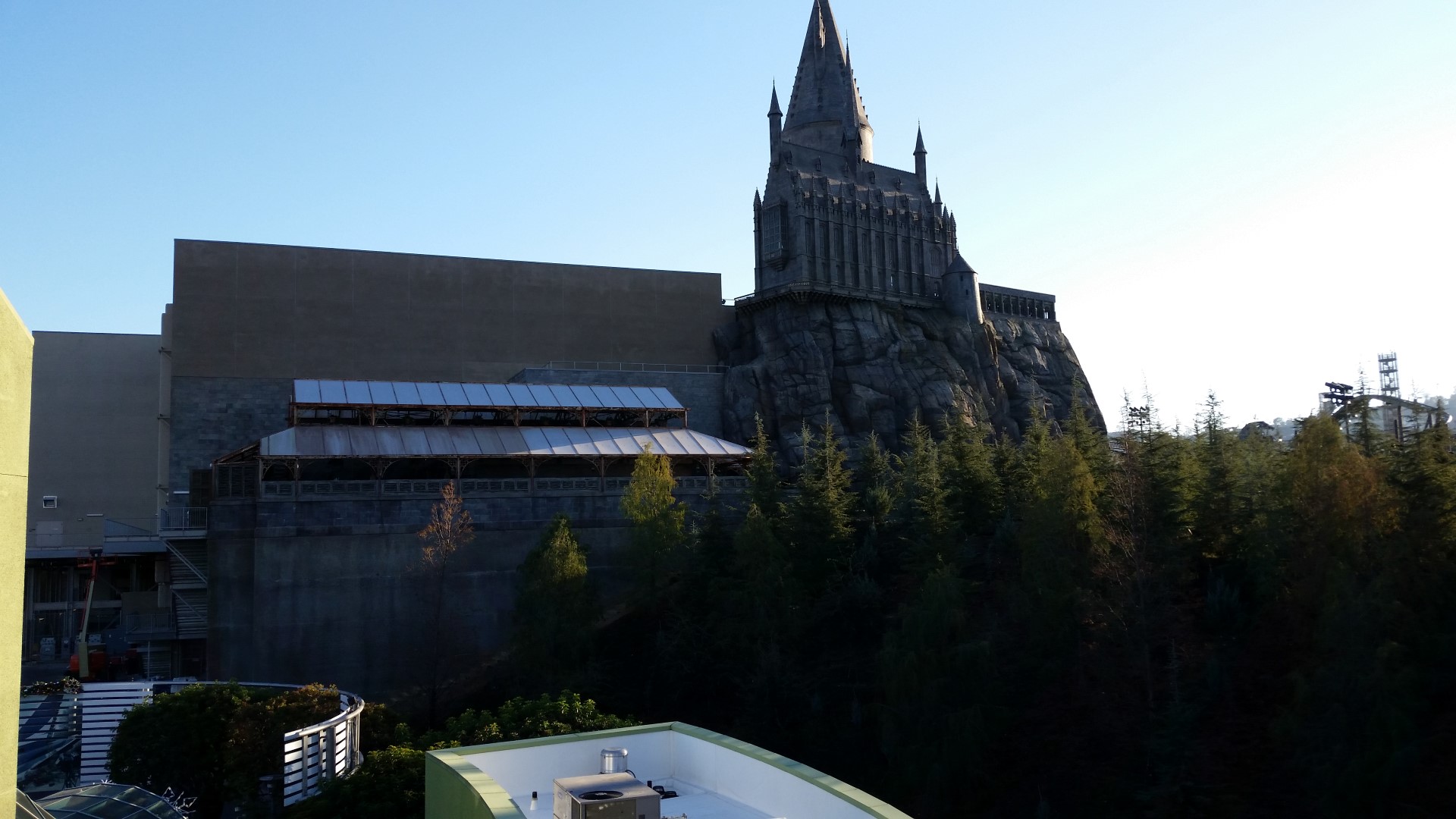 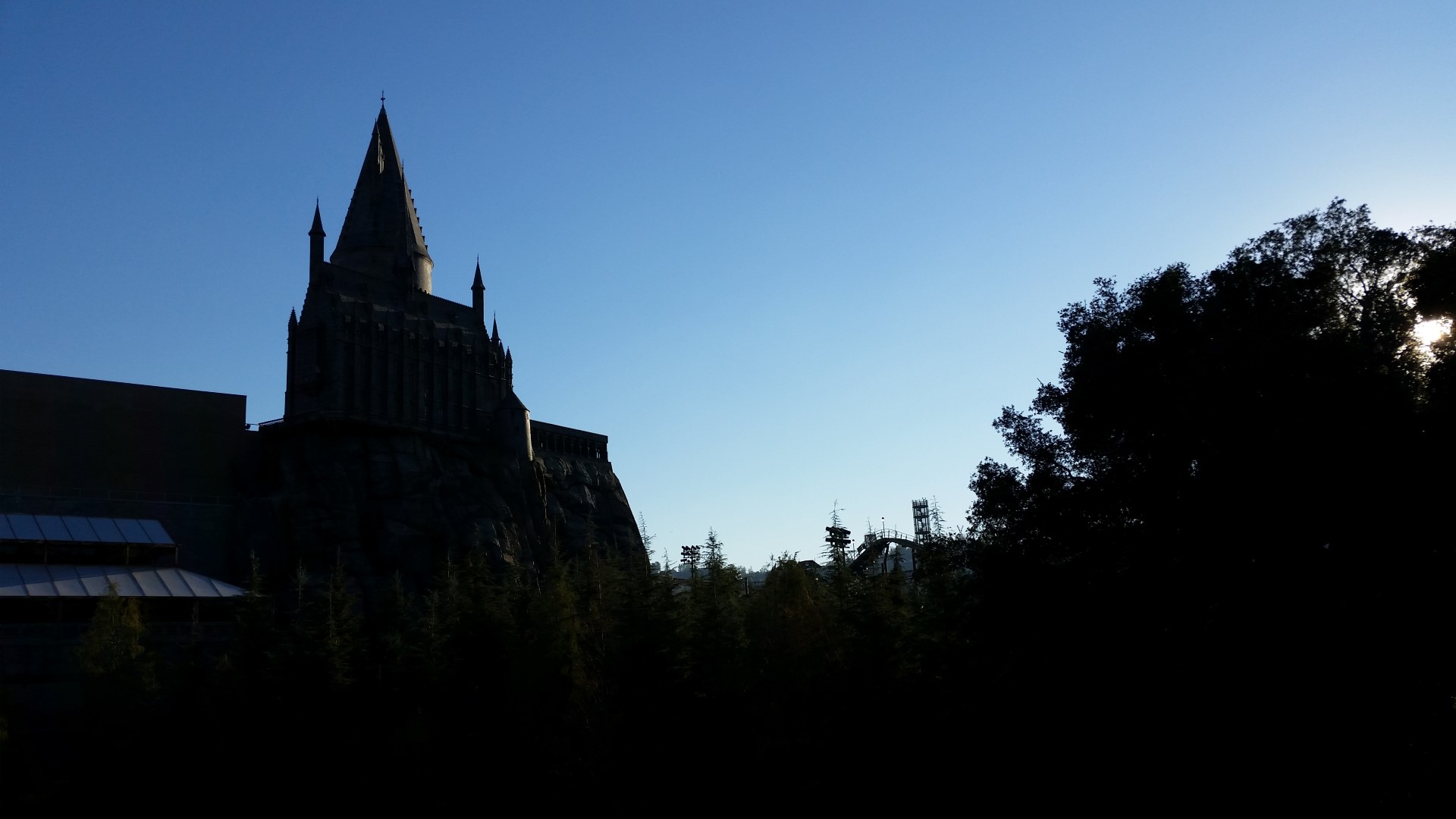 In addition the Hogwarts Express sound and steam effects were being heavily tested this afternoon. After which a staff member came out of the area with a wand he tested. The Wizarding World is coming close everyone… very close! 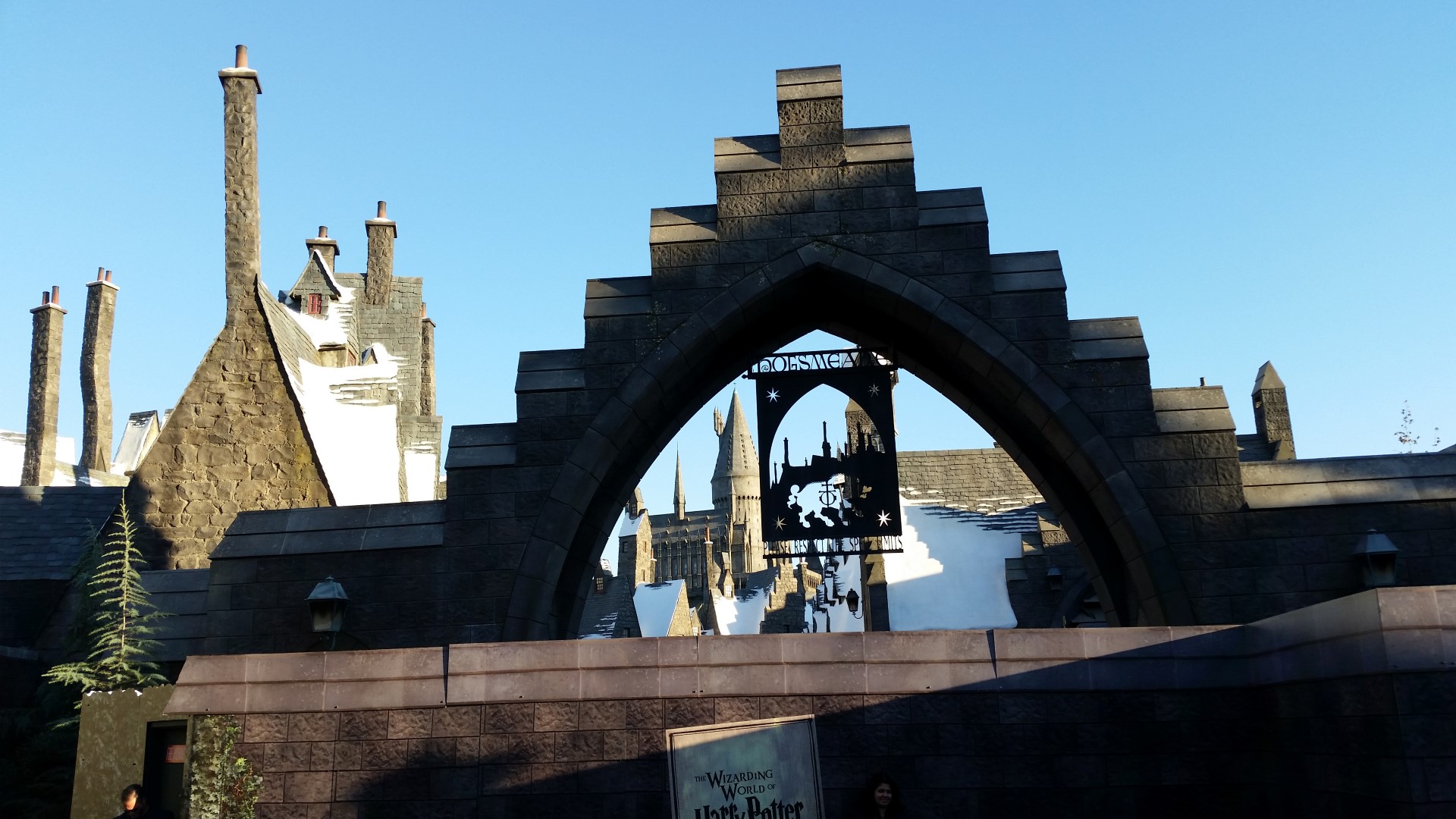 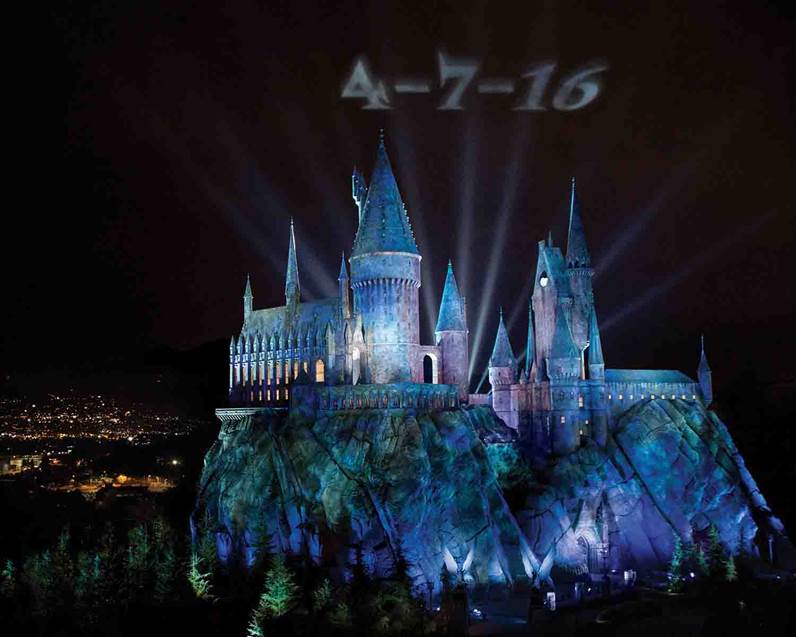 Last but not least, over at the Mummy the operators now use headsets to communicate with the panel, which actually seemed to speed things up quite nicely. I’m still surprised it took them this long to use the headsets, Orlando rides have had these for years. 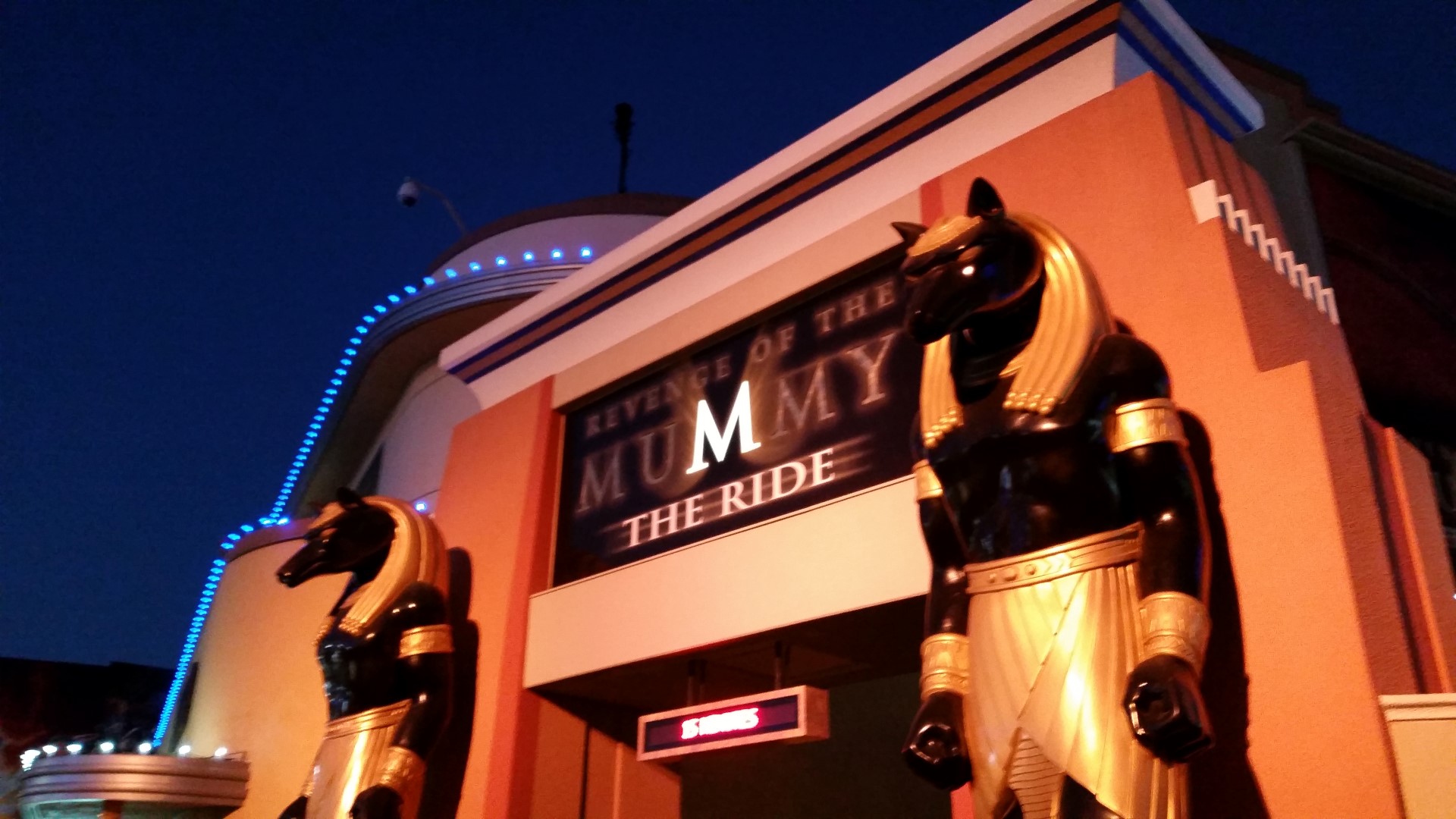 It’s also the time of year for Grinchmas, which you can read all about here. For more Wizarding World of Harry Potter pictures and information, please find the last recent update that focuses on it a lot more.

Thanks for checking out this Universal Studios Hollywood Update!

If you’re a reader from Europe, please click here. If not, have a wonderful day and we hope to welcome you back to californiacoasterkings.com again soon!

Make sure to comment below and follow us on our social media for exclusive coverage!  Facebook–Twitter–Instagram – And share the update with your coaster-loving friends, family and acquaintances.