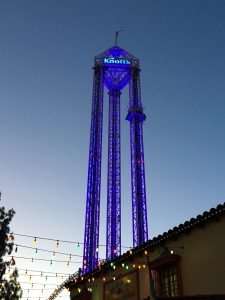 Sean: It’s always a good time for a quick update! Especially when Sol Spin has started testing and has been programmed! In addition to which, even though the stickers/patterns have yet to be added to the ride’s mechanisms, the light package is already working! While we take a quick look at Sol Spin and its light package, we’ll also discuss the Boysenberry Festival light package on Supreme Scream!

The ride has been testing for a few days now, slowly getting programmed to a ride cycle that will thrill every Knott’s Berry Farm visitor. The ride is of course not nearly as massive as WindSeeker that stood in the exact same spot, but it sure is nice to have that valuable Knott’s Berry Farm space used again! 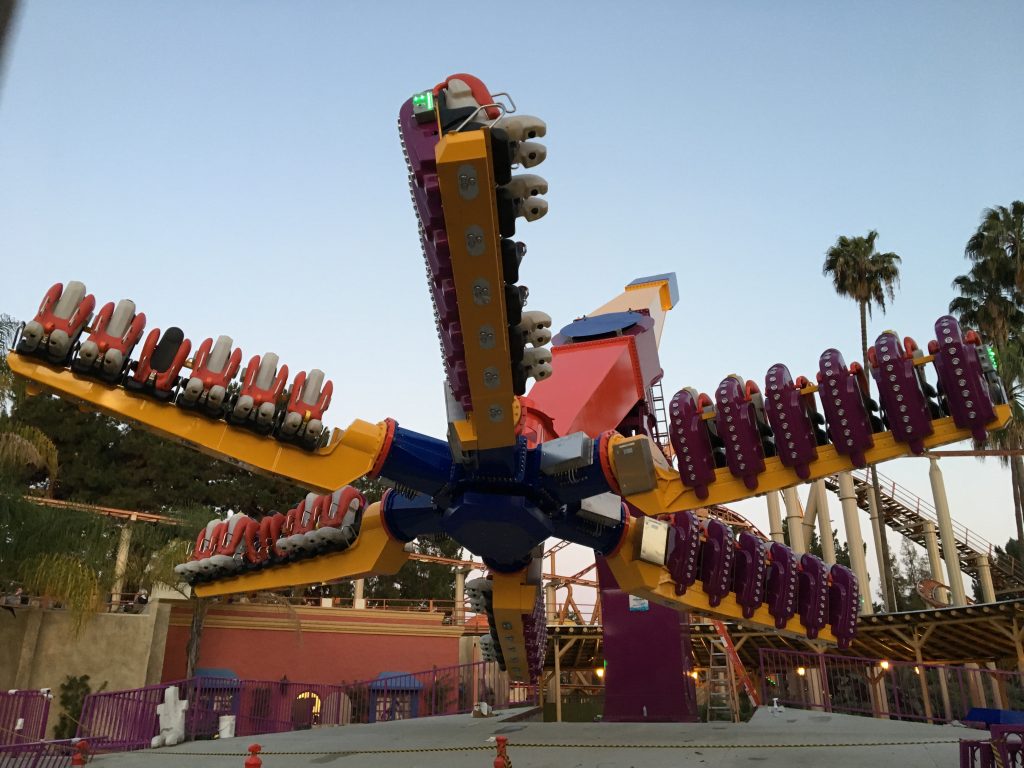 The outside of each of the six arms has a panel showing if the restraints have been properly closed, all seat lights should turn green when this is the case so the ride cycle can start! 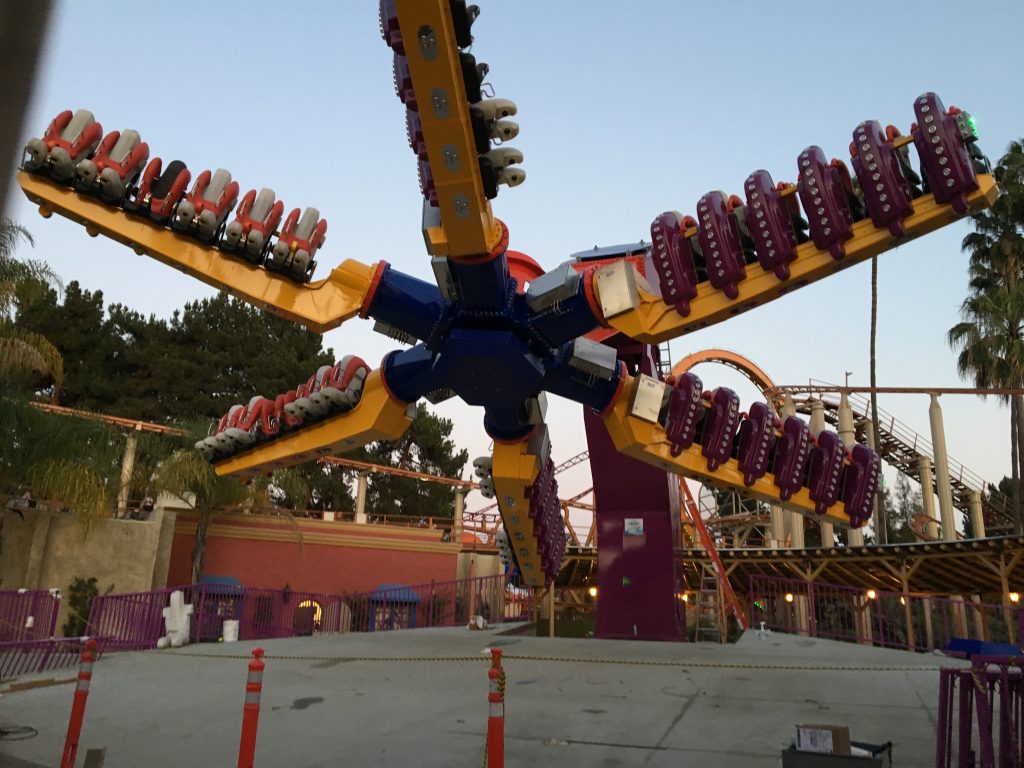 The ride cycle looks awesome and there’s quite some flipping of the arms going on. We posted a quick video on our Facebook page, which you can find here. In the video, as well as in the image below you’ll be able to see that the ride’s flashy light package has also been installed and is up and running. 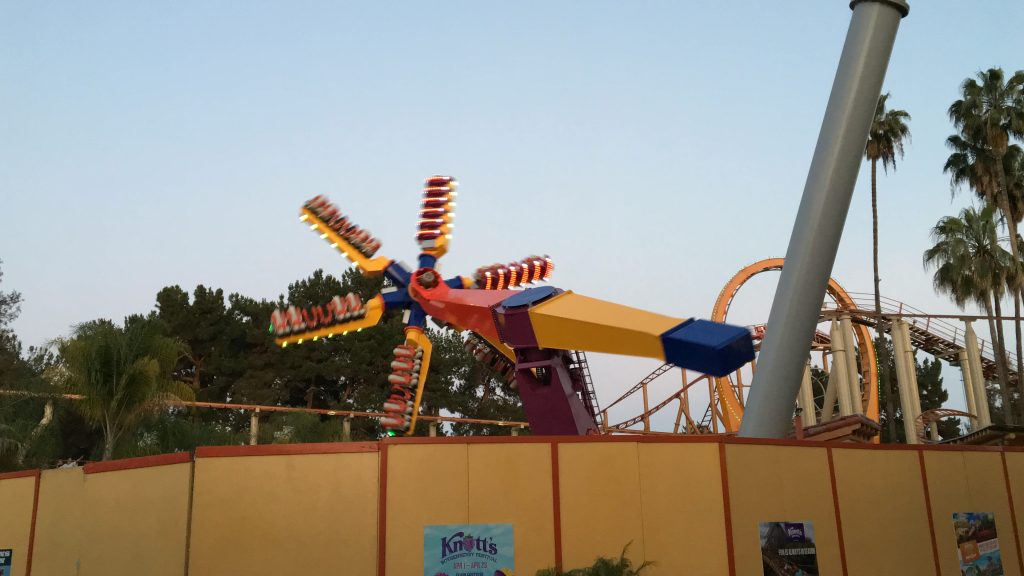 Speaking of light packages, you may be aware that each year during the Knott’s Pink period, where they support Susan G. Komen to fight breast cancer, the park’s tallest attraction (Supreme Scream) is lit up pink. This year for the 3+ week lasting extended Boysenberry Festival, the park has brought back LED lights to light up the S&S tower. 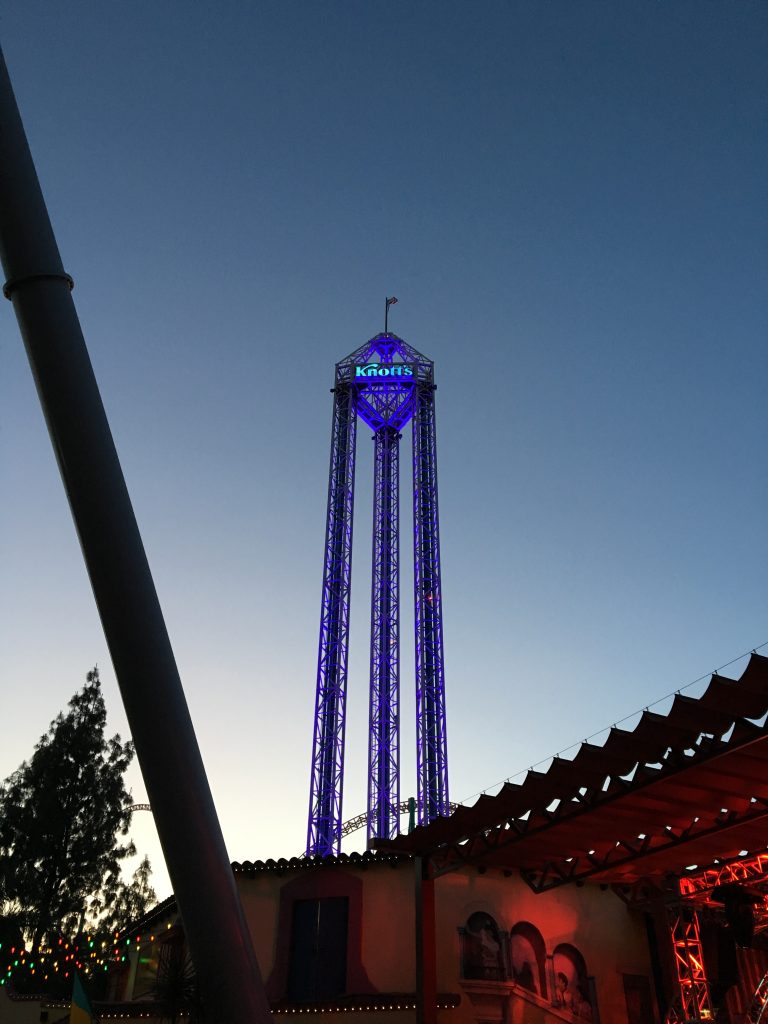 Of course, since it is Boysenberry Festival, the tower is lit up purple, in a shade similar to that of a… you’ve guessed it: BOYSENBERRY! 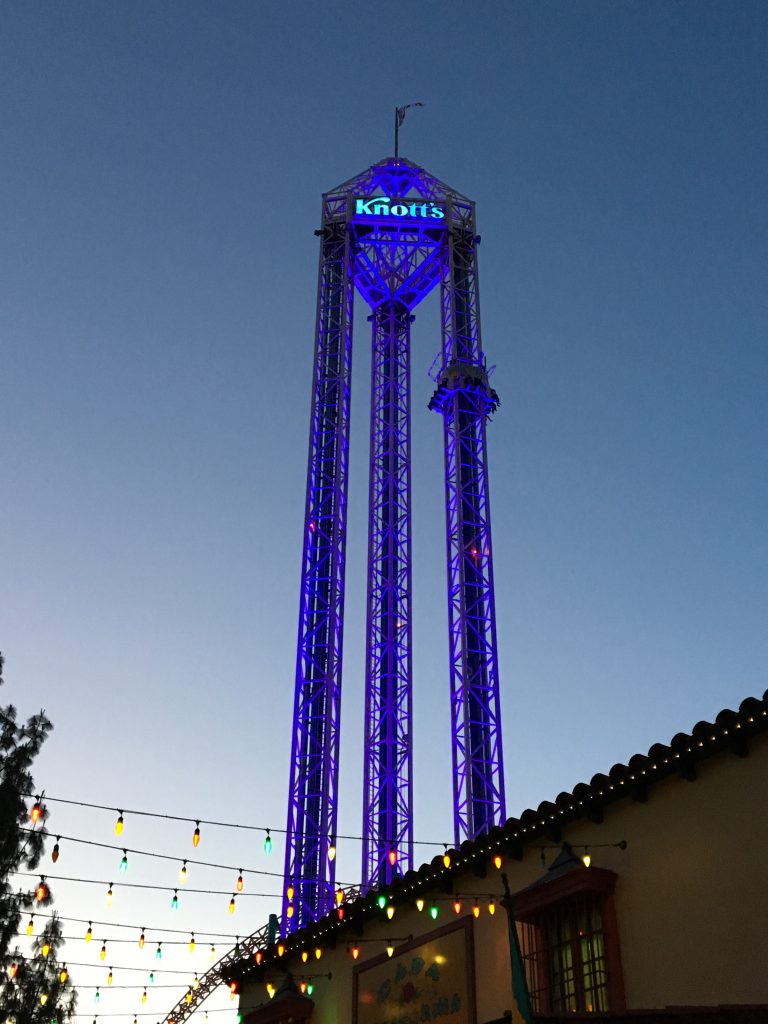 Here’s a closer look at the amazing looking light package. I am amazed each time I see the pink, and now purple, light package, and I truly hope that the park decides to use colored LED lights more often, even when there isn’t an event going on, to colorfully decorate the Buena Park staple attraction. The white floodlights usually seen on the ride just simply do not have the same effect. 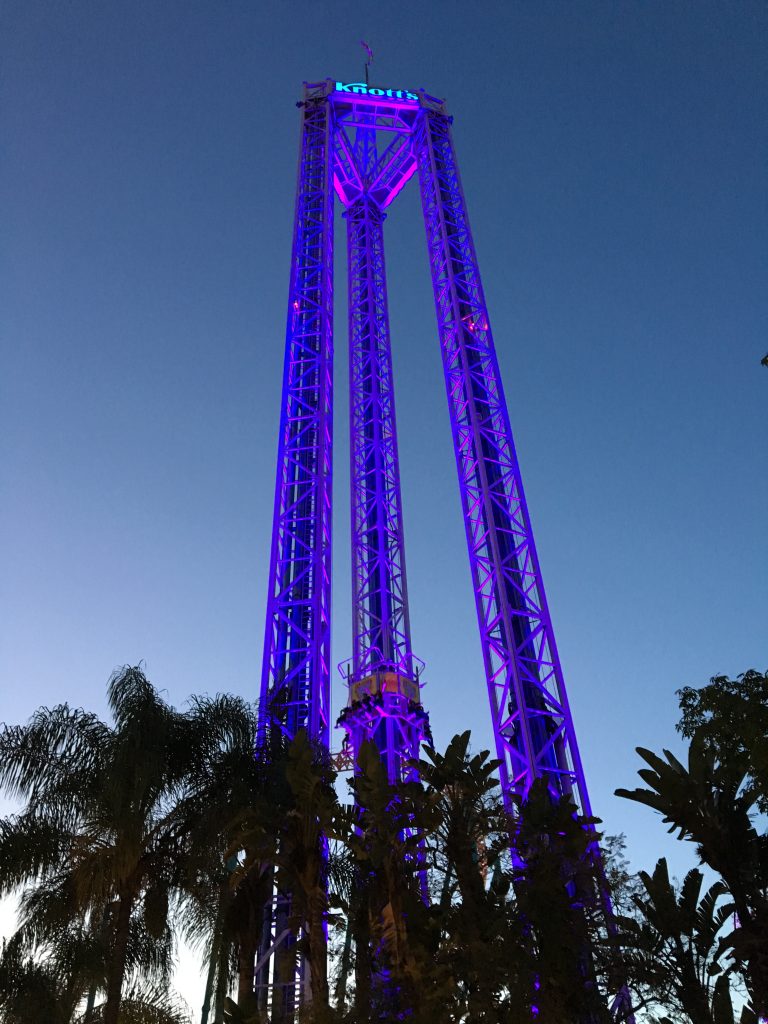 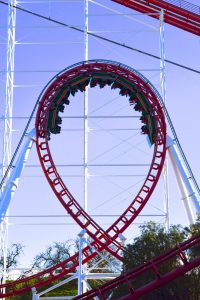 That was it for this incredibly quick update, we have several longer updates that you don’t want to miss including a new Six Flags Magic Mountain Update, a new Six Flags Discovery Kingdom Update, and a large Knott’s Boysenberry Festival Report/ Park Update!

Stay tuned for our Six Flags Over Georgia report to launch soon!