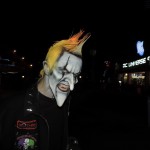 California Coaster Kings attended the Opening Night of this year’s Fright Fest at Six Flags Magic Mountain! Thanks to the Express maze-passes we manage to visit all shows, all mazes, and all Scare Zones! This year’s event had 7 Scare Zones. In this particular review article, we’re looking at the 7 Scare Zones the event had this year.

Thank you for checking out the Scare Zone Reviews for Six Flags Magic Mountain’s 2015 Fright Fest, we have the MAZE Ratings and Reviews LIVE here, so check that out! In addition, share your thoughts of the Scare Zones with us below! What’s your favorite?