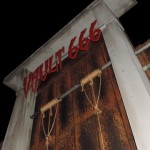 California Coaster Kings attended the Opening Night of this year’s Fright Fest at Six Flags Magic Mountain! Thanks to the Express maze-passes we manage to visit all shows, all mazes, and all Scare Zones! This year’s event had 7 ‘mazes’. In this particular review article, we’re looking at the 7 mazes the event had this year. Each is rated in 4 categories: Length, Scare, Set, and Experience. Each will also have a quick review!

As the, arguably, weakest maze at the event, Garden of Darkness still isn’t a complete fail. I personally like the simplicity of the the theme and the way actor scare guests. Though the maze may feel repetitive, the old school hedge-maze layout of the maze is something I really appreciate. It doesn’t live up to the standards of some of the newer more elaborate mazes, but with a little luck you can get some fun scares out of it, as the actors found crazy amounts of spots to hide in. In addition, the maze is actually pretty long, the space inside is utilized well by creating many narrow walkways through the maze. Overall, due to the simplistic sets and repetitive feel to it, the overall score is quite low, though I like the overall experience. It’s not a maze that should be on the top of your bucket list, but on empty Fright Fest nights, it’s definitely worth a visit. 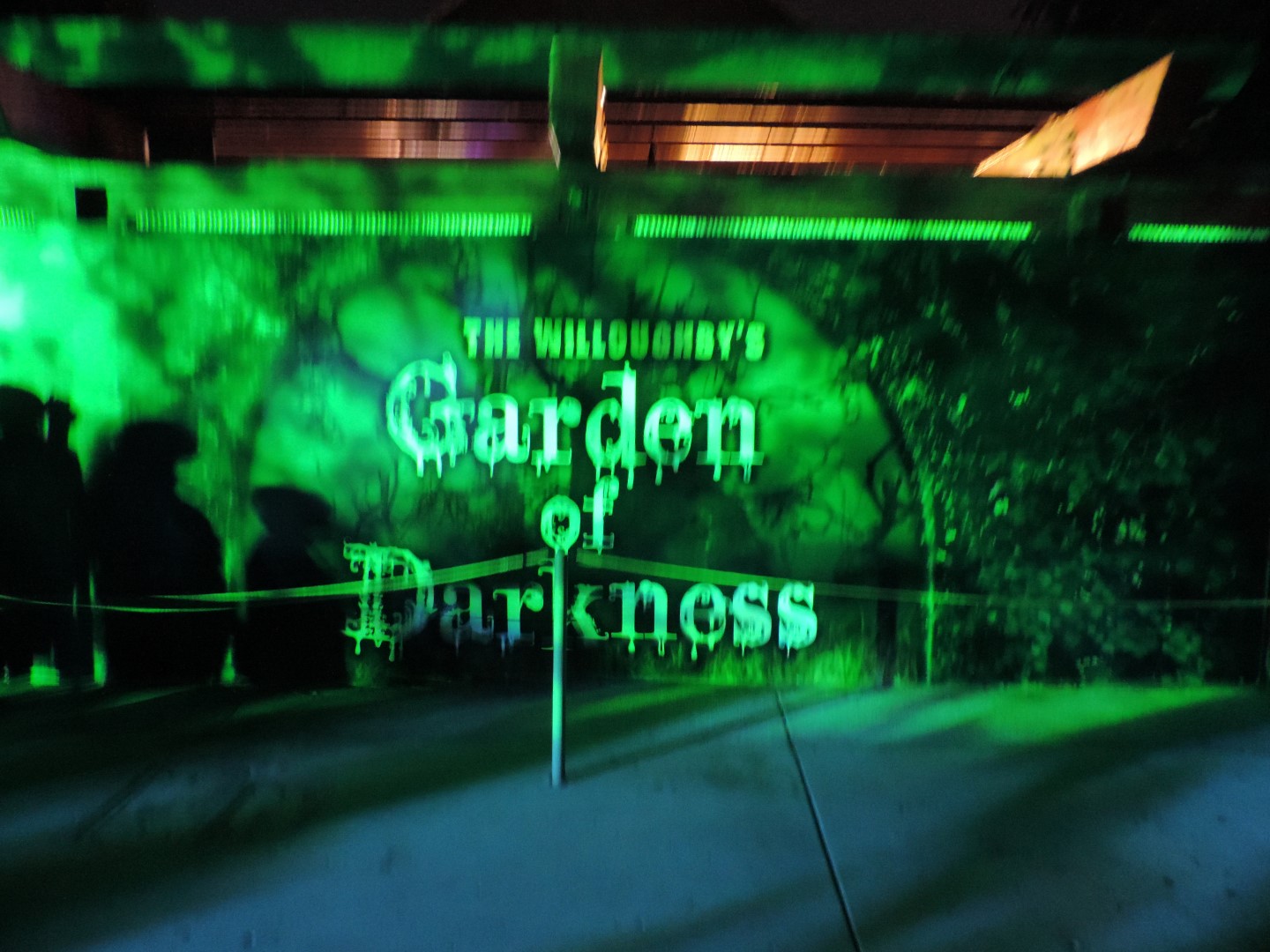 At pretty much any theme-park Halloween event you’ll find one of those ‘solid’ mazes. Red’s Revenge is one of those. Starting off with a little preshow, and a good variety of large sets the, the physical length doesn’t represent the length of the experience. With a ‘soundstage’ sort of setting, the maze includes buildings within buildings, and large sets. The theme is well developed, Red Riding-hood is taking revenge on the wolf. There are several quality mechanical and actor scares throughout the maze, and as discussed earlier on, the sets are quite impressive. Overall, though there are mazes that scored higher in this review, it’s a can’t-miss maze. It stands out among the mazes due to its theme and sets. I’m a huge fan of this maze. 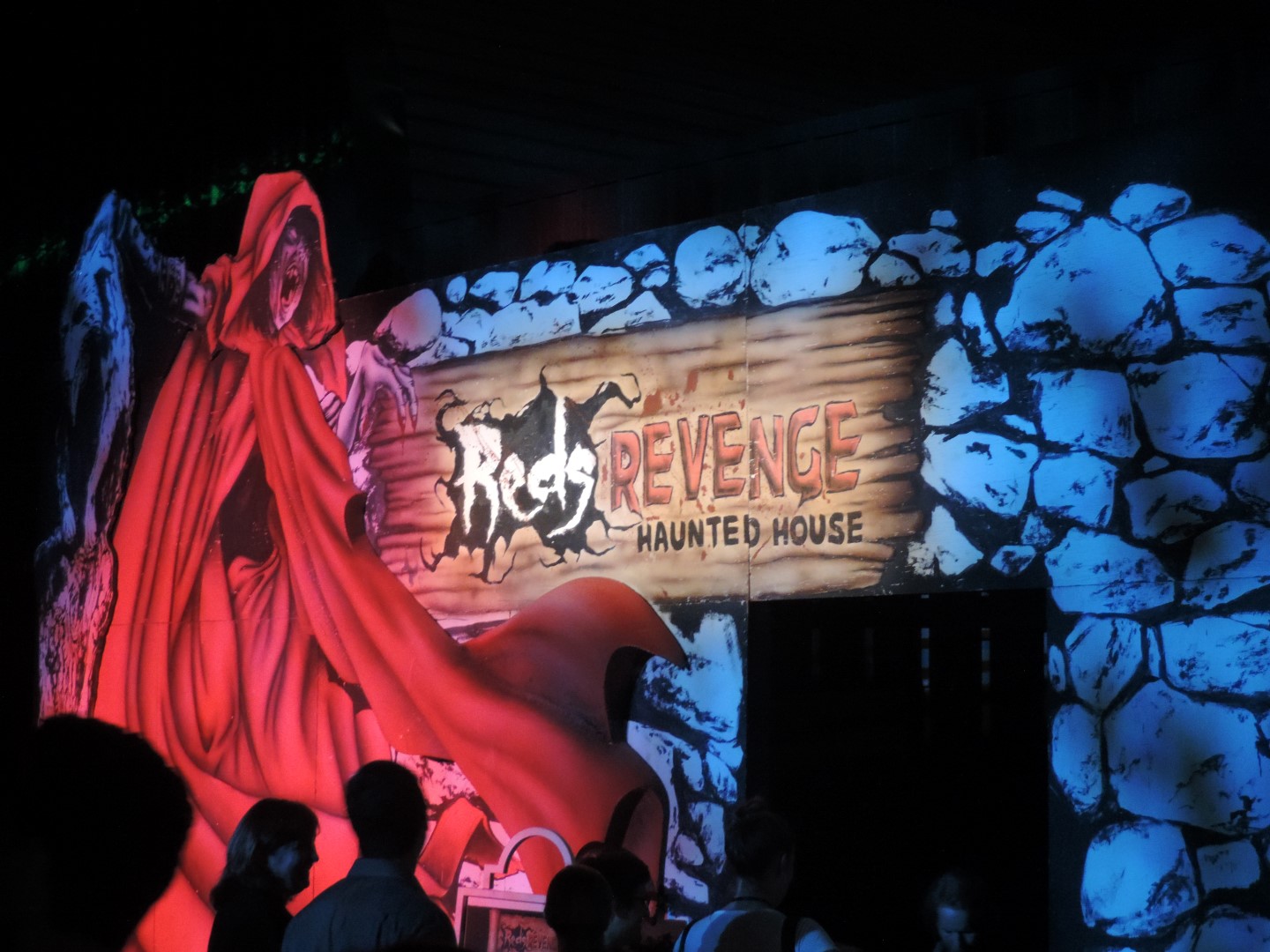 Some like this maze the best, and though I personally have a hard time picking a favorite at the event, Vault 666 is definitely among the best mazes! The maze features a choose-your-own-path section in the beginning of the maze, includes a preshow, and a great amount of scenes. The theme is well explained in the beginning of the maze, and of all mazes at Six Flags Magic Mountain’s Fright Fest, Vault 666 features the most mechanical effects, there are a serious good amount of them, and they can scare the cr*p out of some people! The maze is of good length, and is among the longest mazes at the event too. This maze is visually pleasing, with cool effects, grand scenes, and a large amount of mechanical effects as mentioned before. Overall this is a definite can’t-miss. It’s also a VERY popular maze, so make sure to visit early in the evening, because lines will get long. 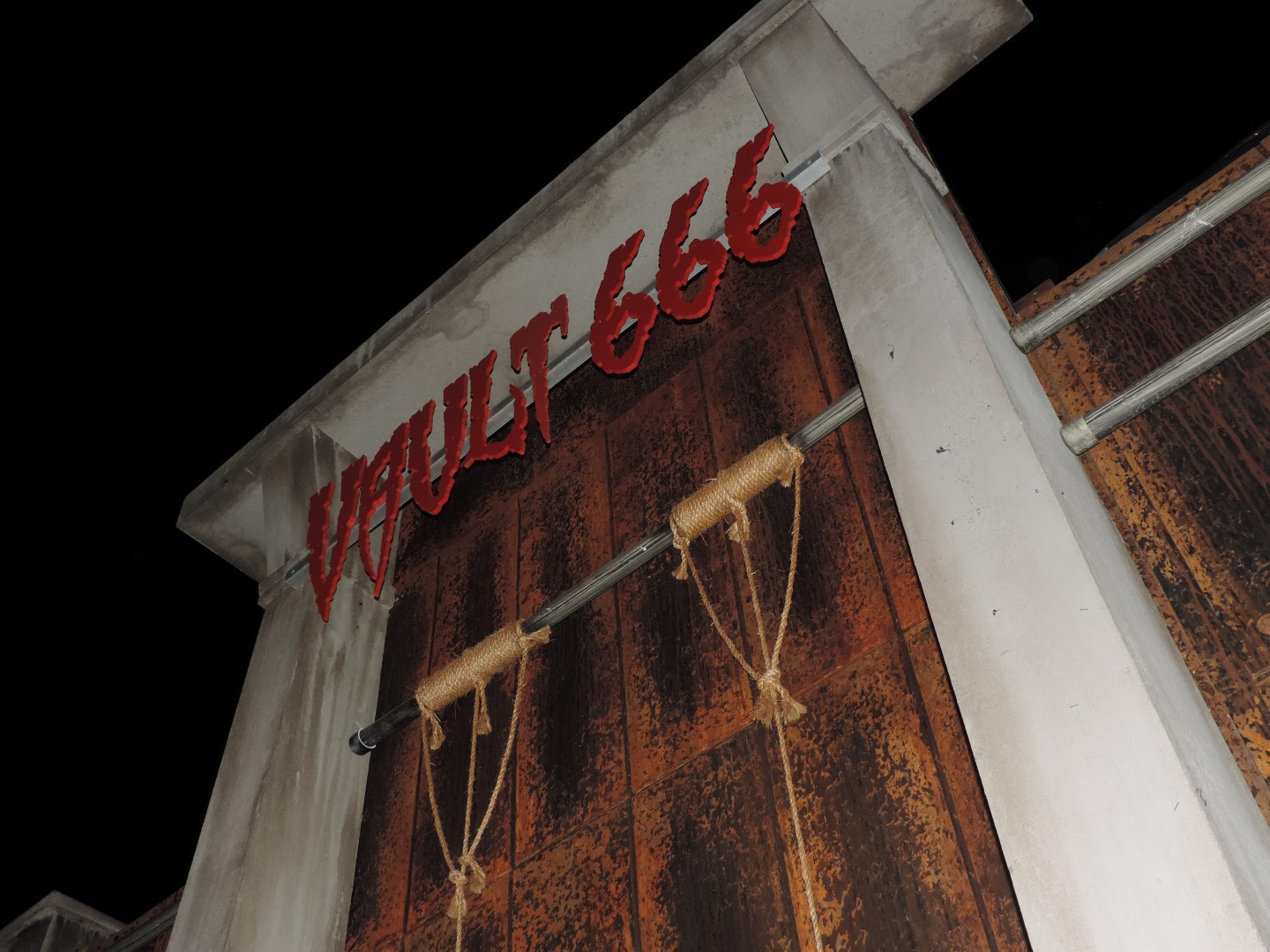 The largest maze at Fright Fest, and among the largest in the state of California… The Aftermath utilizes the old Action Theater, where a few years back the Batman shows were held. Utilizing the amazing and grand sets, Aftermath is by far the most visually pleasing, immersive, and wonderful maze at Fright Fest. Though the scares may not be as intense as some other mazes, Aftermath holds a special place in my heart, I freaking love this maze! Featuring an incredibly disorienting fog tunnel, fallen statues, crashed planes and cars… all on the outdoor sets… it’s quite impressive. In addition to the crazy amounts of fog, the theater’s mechanical helicopter swerves over the sets as a flamethrower welcomes guests in the maze. This maze features almost everything you’d look for in a maze, it’s long, detailed, immersive, features fire effects, insane amounts of fog, and I can keep laundry listing if you’d like… The lines for this maze can get quite long, but keep in mind what awaits you once inside… The line moves at an acceptable rate, and I strongly advise you to wait through the line, this maze is another can’t-miss at the event! 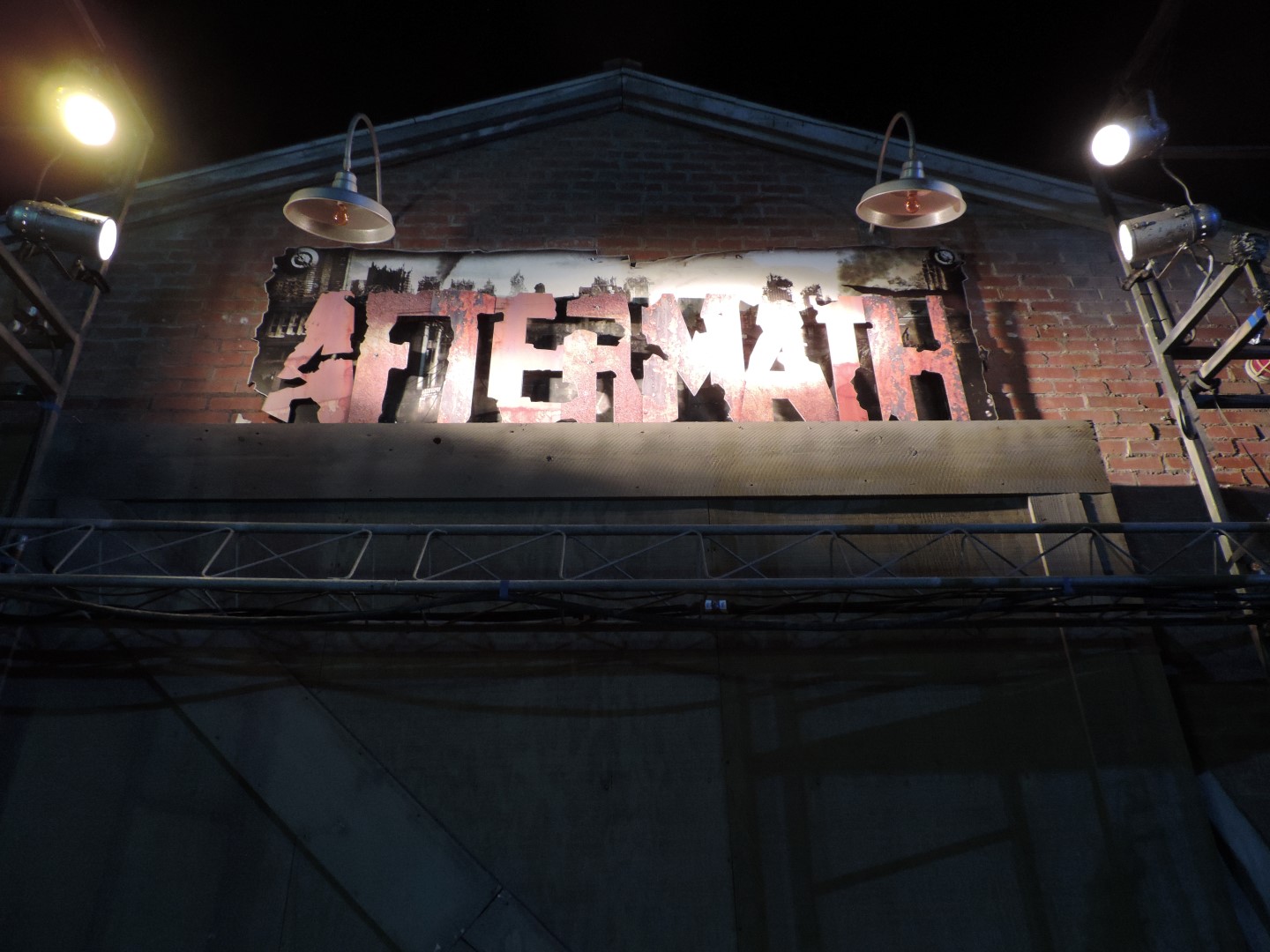 From three good mazes to one that doesn’t quite match in quality. Chupacabra is themed after the mythical beast killing the farmers’ sheep and cows. The maze has improved over the years, but still fails to match the quality of the new ones. The maze is of an average length, partly indoor but mostly outdoor. The maze felt very dark this year, making it hard to figure out what’s actually going on. In this maze though, compared to most other mazes, they seem very focused on sending in just small groups, so even though the scare factor isn’t high, guests can get some good jump-scares out of this maze. Overall, there’s not much to say about this maze as it isn’t necessarily bad, it just doesn’t stand out among mazes such as the Aftermath and Vault 666. Be aware that this maze hosts the shortest lines of any maze at the event, so I do advise you to check it out, it’s a fun little maze. 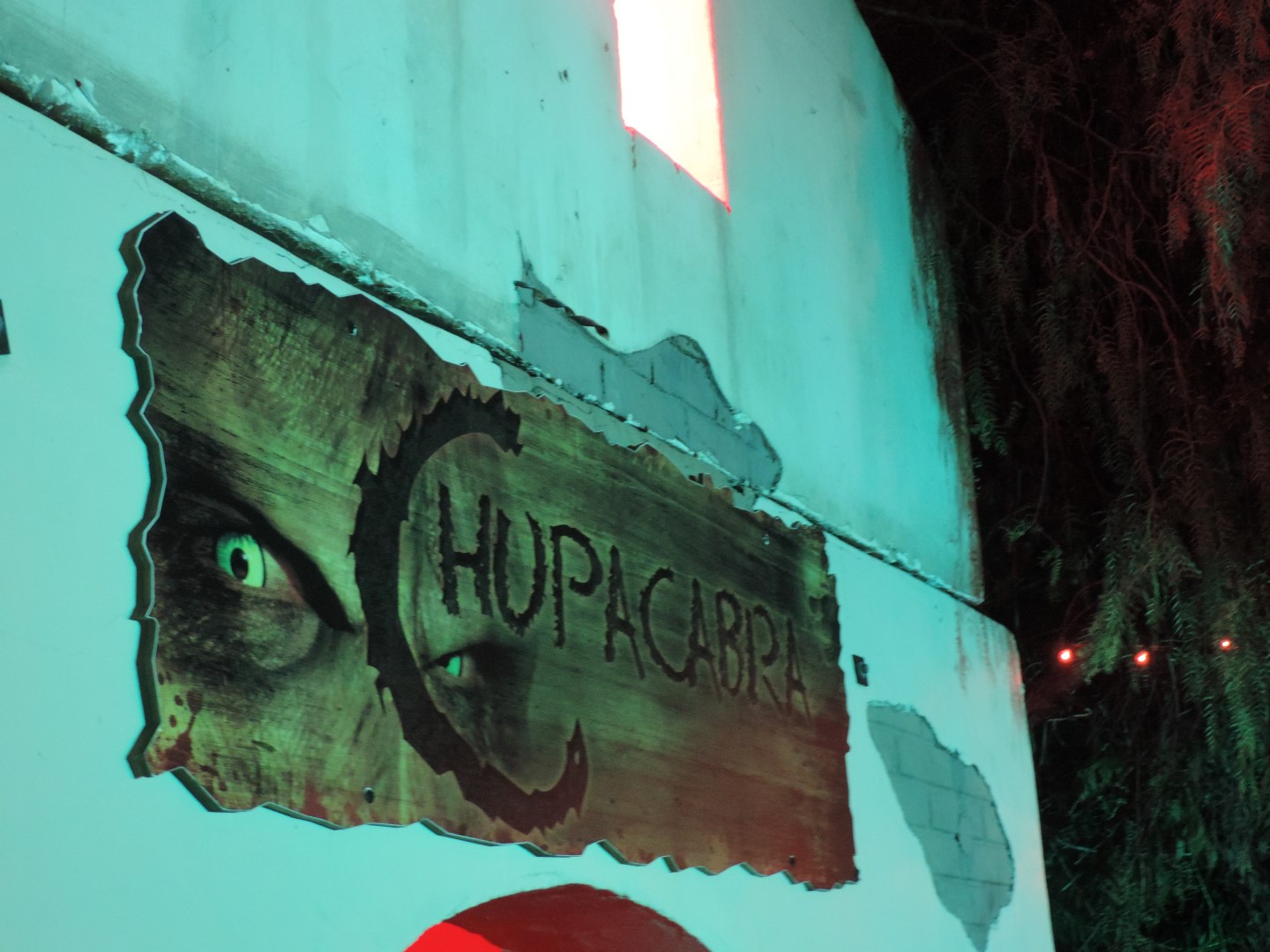 Ready for a fun maze? … That’s exactly what Toyz of Terror 3D is! With free 3D glasses to enhance your experience, this maze is quite disorienting as the maze has been painted in 3D! There are several slanted ramps throughout the maze, and a very disorienting spinning-tunnel. The maze features a preshow, after which the trip-fest begins. All scenes in this maze are lit up quite well, and are all neon colored. Same counts for the characters, they are all brightly colored. For those more familiar with Halloween Horror Nights, Toyz of Terror 3D is the equivalent of this year’s This Is The End 3D maze, only is Toyz of Terror less repetitive, and the 3D effects seems to be a lot better. Overall the maze features a diversity of scenes, making it feel quite long. The maze, though not very scary, has a few good hiding spots for actors. But overall this maze is just very fun! Don’t go in expecting terror, go in expecting to have a fun time, and you sure will! 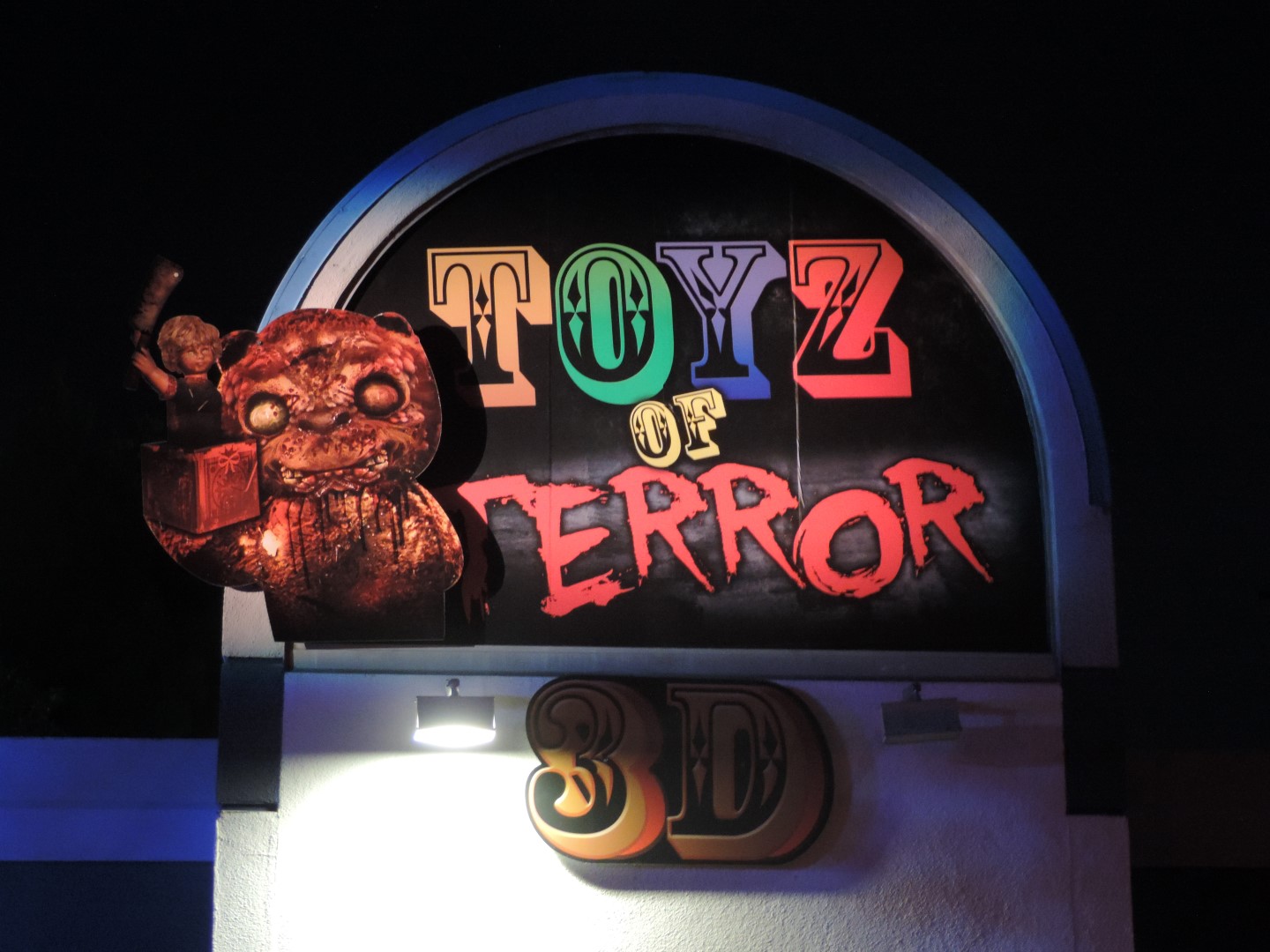 Back to the top of the mountain, we find ourselves at one of the best mazes at Fright Fest. They always manage to scare me to death in this maze, there are so many actors in here, unbelievable! This maze features a photo-op preshow, which may scare the occasional guest, after which a quite lengthy maze awaits guests. The theme is quite simple, an old haunted house, but it works out great. In general the maze is pretty dark, and features a lot of different scenes, from the entry hallways to bed rooms, to bathrooms, to kitchens, to a garden, and everything in between. This maze is pretty long, and features a lot scare actors, and they are well-hidden I must say. I would say that along with Vault 666, Willoughby’s Resurrected is the ‘scariest’ maze at the event. Lines can get pretty long, but it’s worth a wait, the line is constantly moving as they have one group enter at a time. I would suggest you make sure to visit this maze when at Fright Fest, along with Vault 666 and the Aftermath, I’d say these are the three best mazes at the event this year. 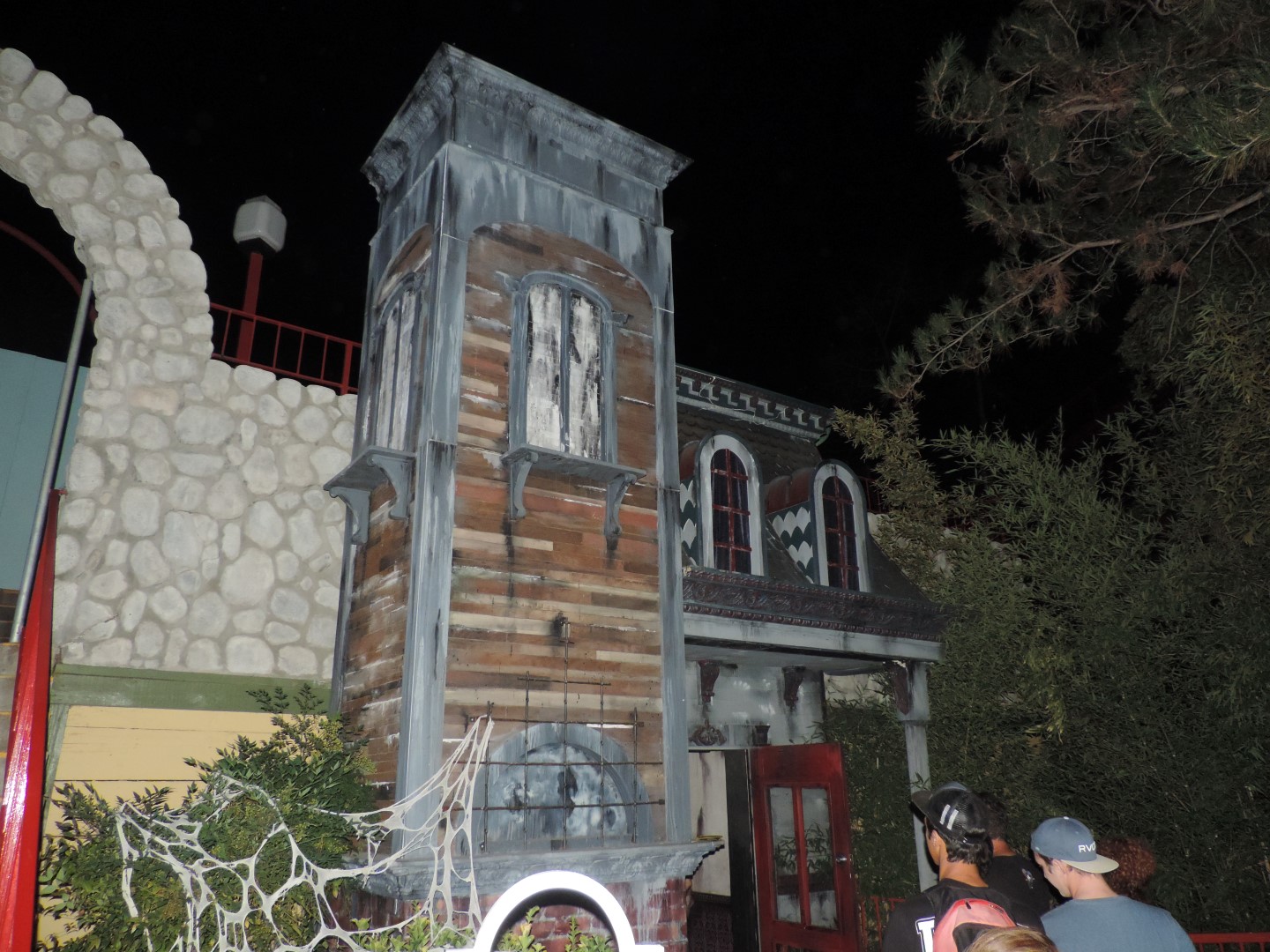 Overall, though the event only has 7 mazes this year, the event has grown a lot over the years, and the quality has increased immensely. It’s hard to state what maze is the best this year, as they have 5 good mazes, and 2 that lack a bit. I’d say prioritize to get Vault 666, the Aftermath, and Willoughby’s Resurrected in during your visit, and whilst your in the Vault 666 area, visit Red’s Revenge and Toyz of Terror 3D too! They’re both great mazes, and in the same plaza. If you arrive early for Fright Fest, make sure to get your Maze wristband as early as possible, and I advise you wait for the Vault 666 plaza to open up at 7, and instantly hit up all three mazes there. This will be very beneficial on busy days, as the lines for all mazes can get incredibly long. To view/download the 2015 Six Flags Magic Mountain Fright Fest Guide, click on the PDF: Six Flags Magic Mountain 2015 Fright Fest Guide

Thank you for checking out the Maze Ratings and Reviews of Six Flags Magic Mountain’s Fright Fest 2015, we will have the Shows and Scare Zones Reviews LIVE soon, so check back! In addition, share your thoughts of the mazes with us below! What’s your favorite?