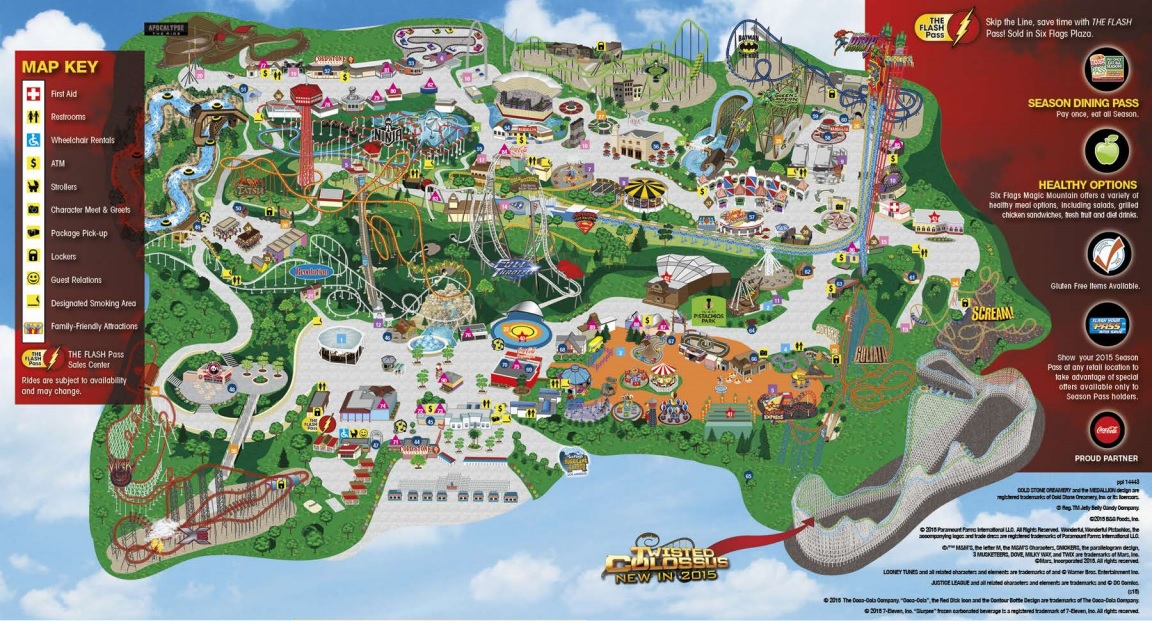 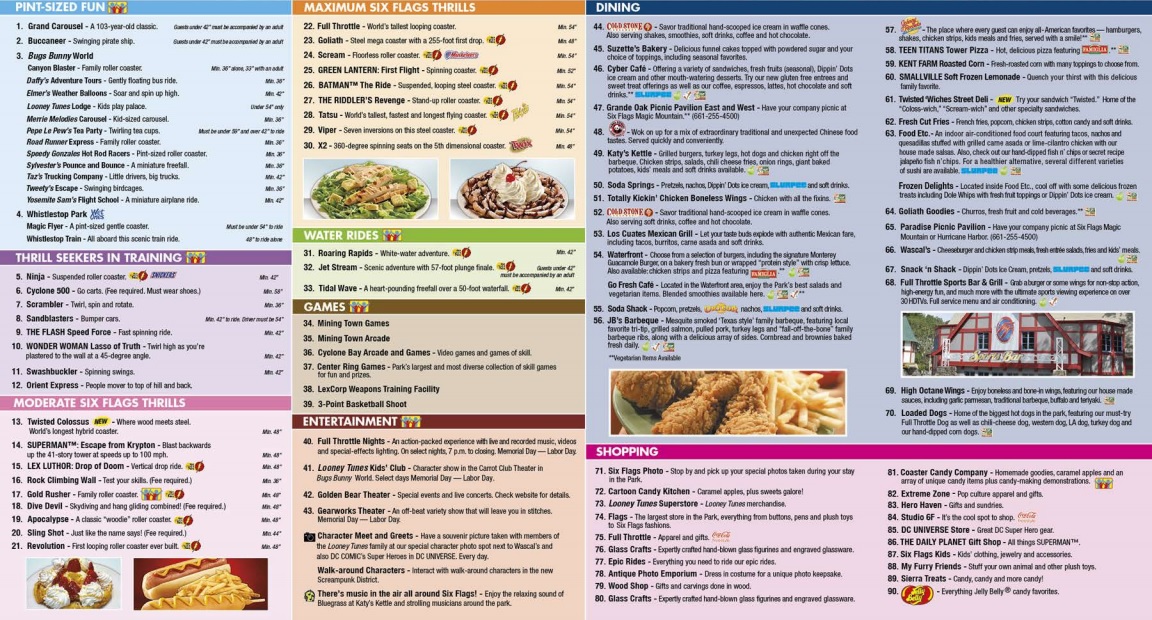 Twisted Colossus is surprisingly listed as a ‘Moderate Thrill’. I definitely believe that it will be a bit more intense than that, but perhaps this is to attract a larger audience. Scream will not change its name, and will be opening again as Scream, it seems. Which would make sense for a themed area that’s called ‘Screampunk District’. The park-map also isn’t updated to Scream’s new color scheme. The new restaurant, Twisted ‘Wiches Street Deli is on the map, and will not have Dining Pass options for the 2015 Season. The Magic Moments Theater is renamed the ‘Gearwork Theater’. (Which sounds way better than ‘The Looking-glass Theater’). Also, the new ‘Walk-Around Characters can be found in the new Screampunk District! As far as Flashpass goes, you may notice that there isn’t a Flashpass logo next to Twisted Colossus. Which indicates that it’ll likely have an up-charged Flashpass, like X2, Full Throttle, and apparently Superman: Escape From Krypton.

For our most recent Twisted Colossus and Scream Update, click here! And make sure to leave a comment on here as to what you think of the 2015 Map!