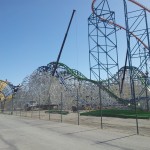 Rocky Mountain construction and Six Flags Magic Mountain really picked up the pace! Twisted Colossus has a huge amount of new track installed, including the craziest twisting double-down anywhere. Scream!’s repaint is almost complete. We have many pictures of both!

The blue MCBR and the transition into the green lift-hill has received all catwalks now. 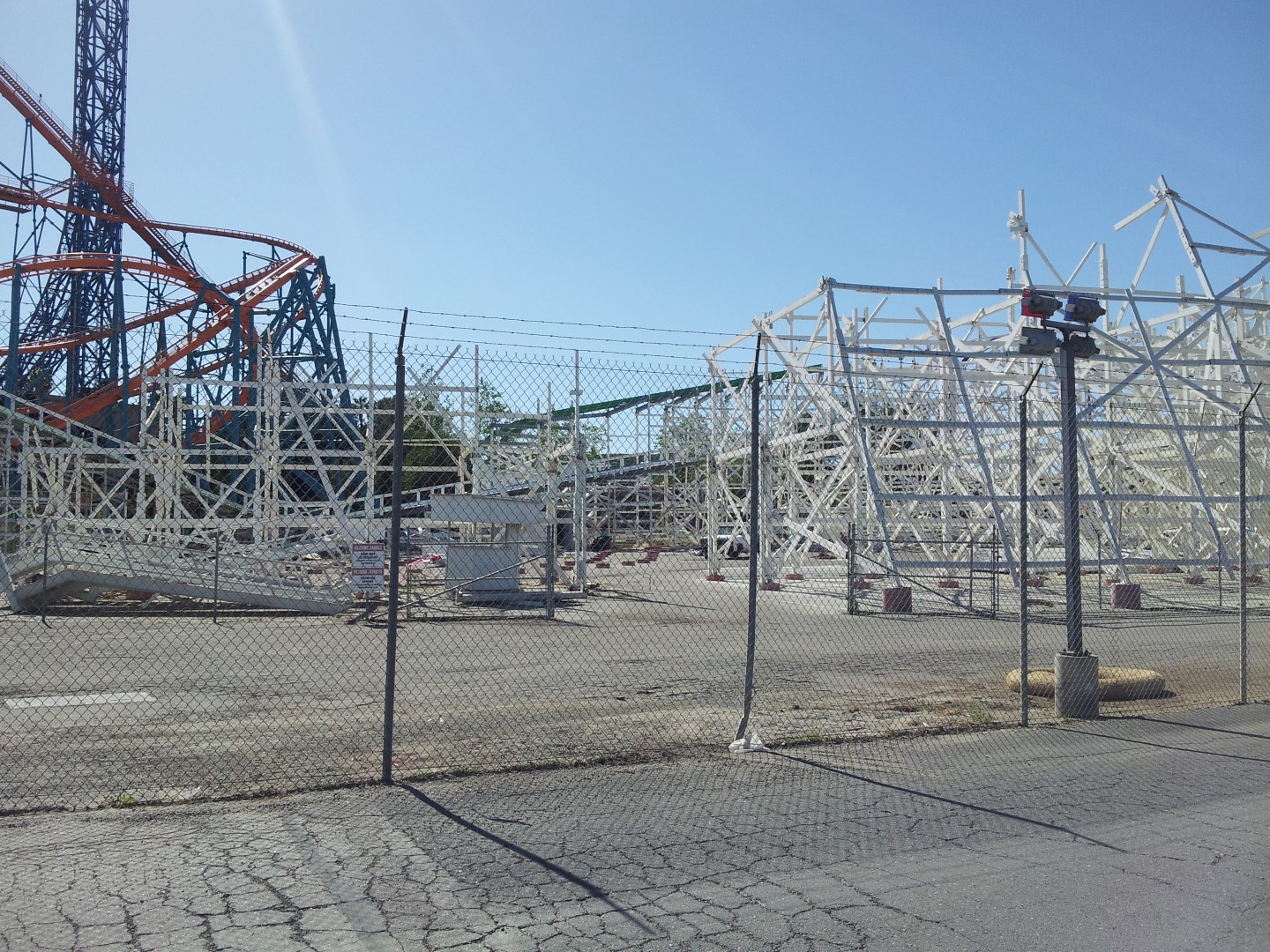 Construction on the’ Top Gun’ Stall has started. 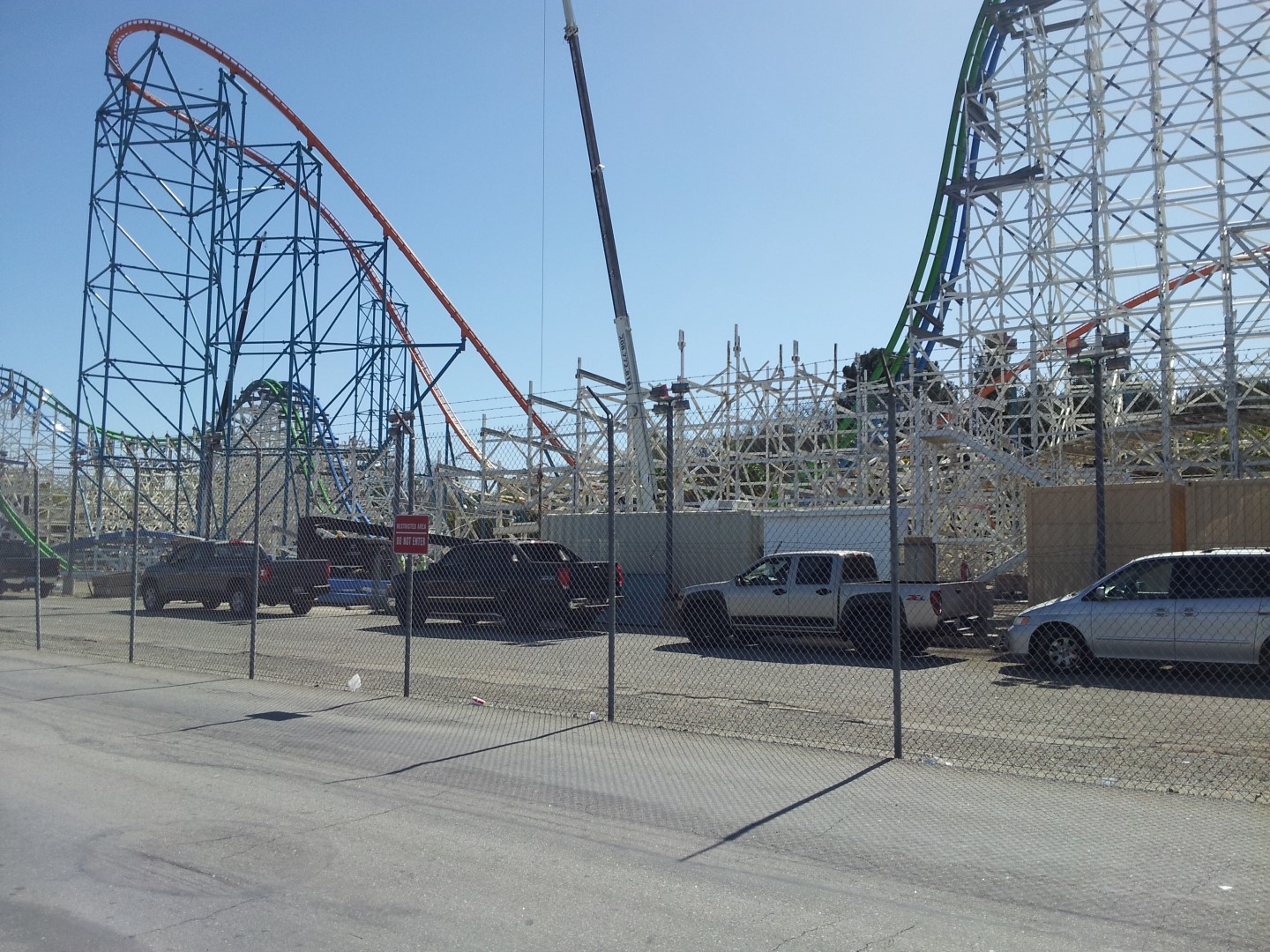 The metal beams are being placed, and lots of track is laying nearby, ready to go up. 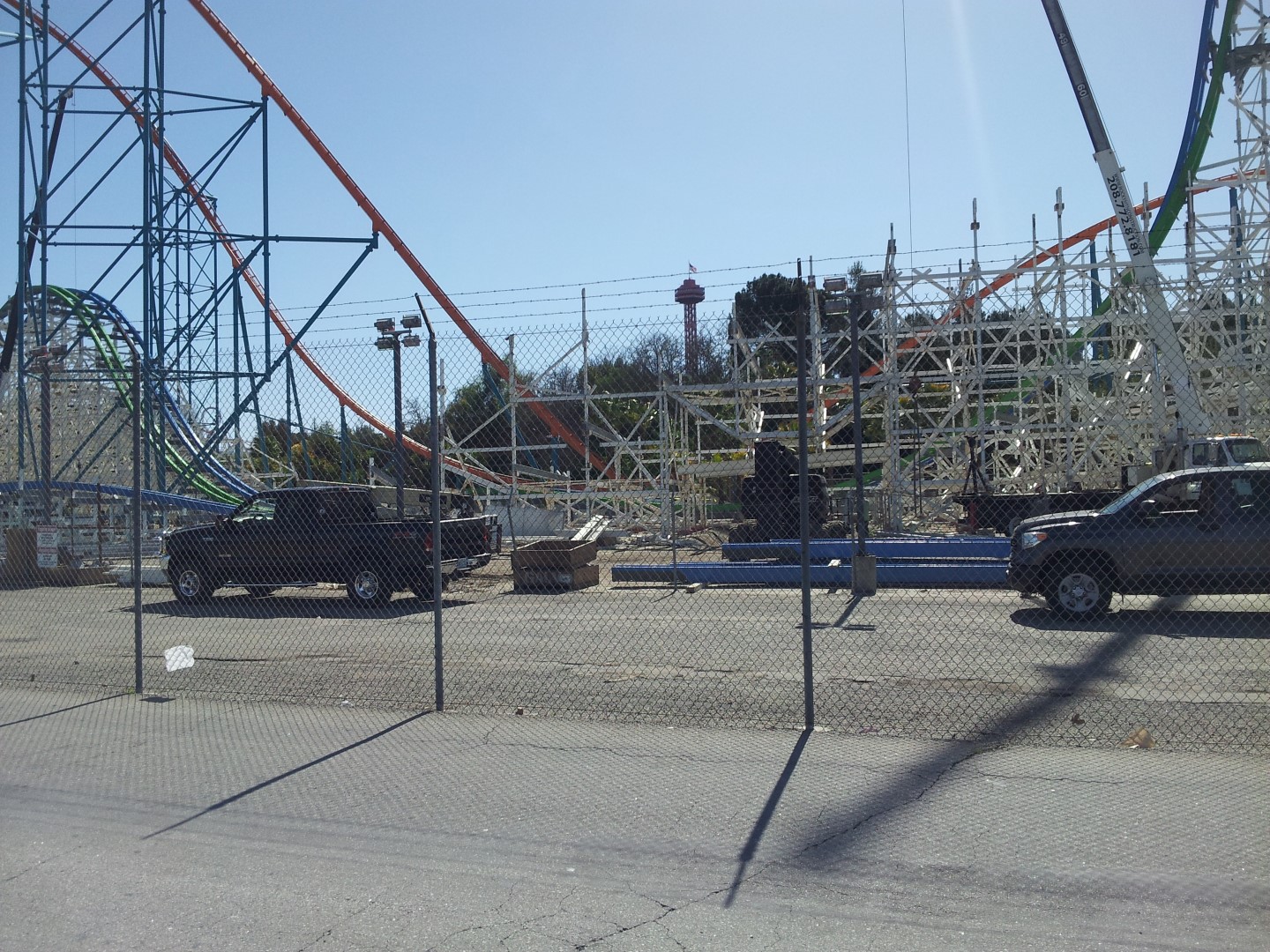 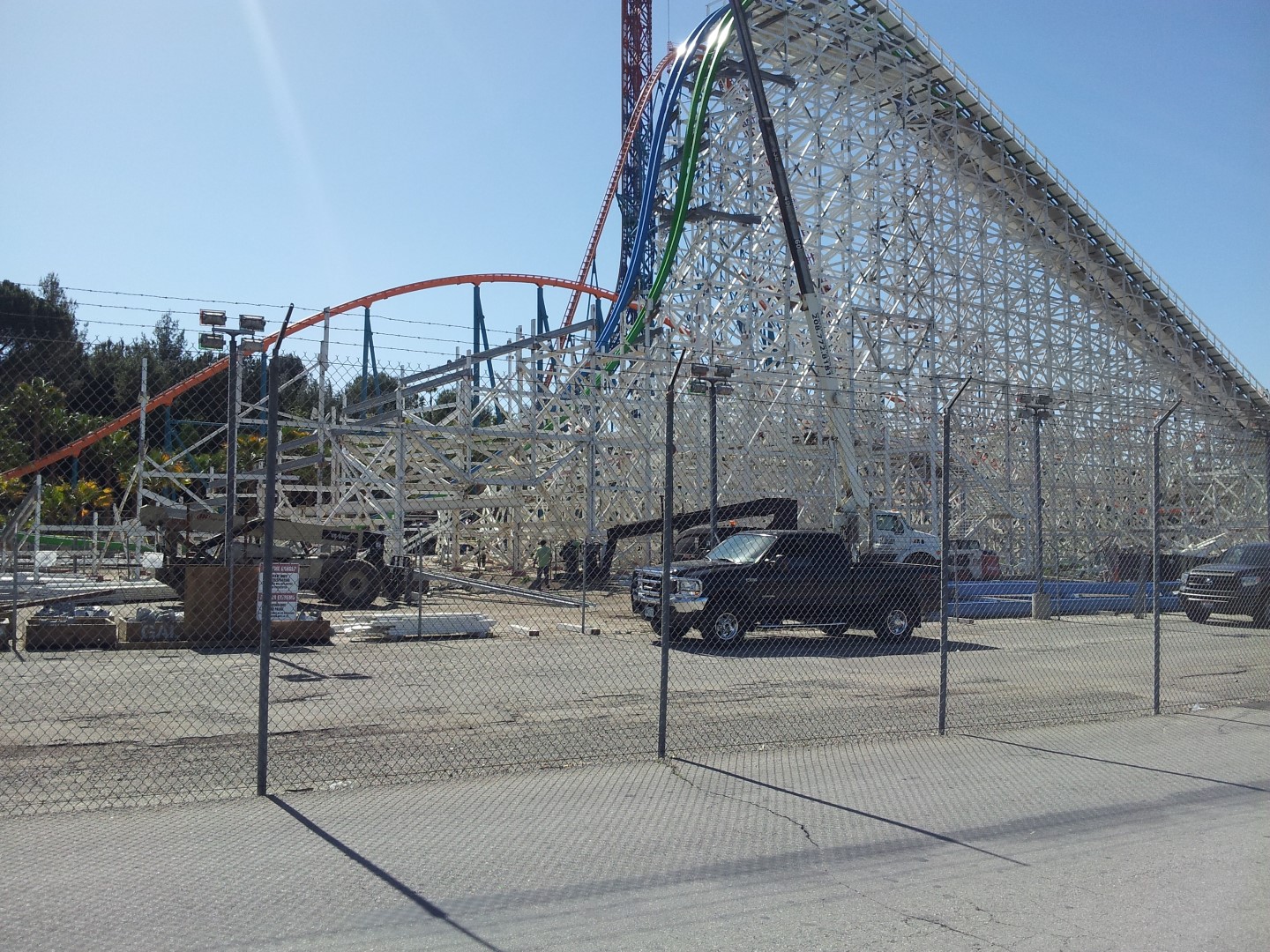 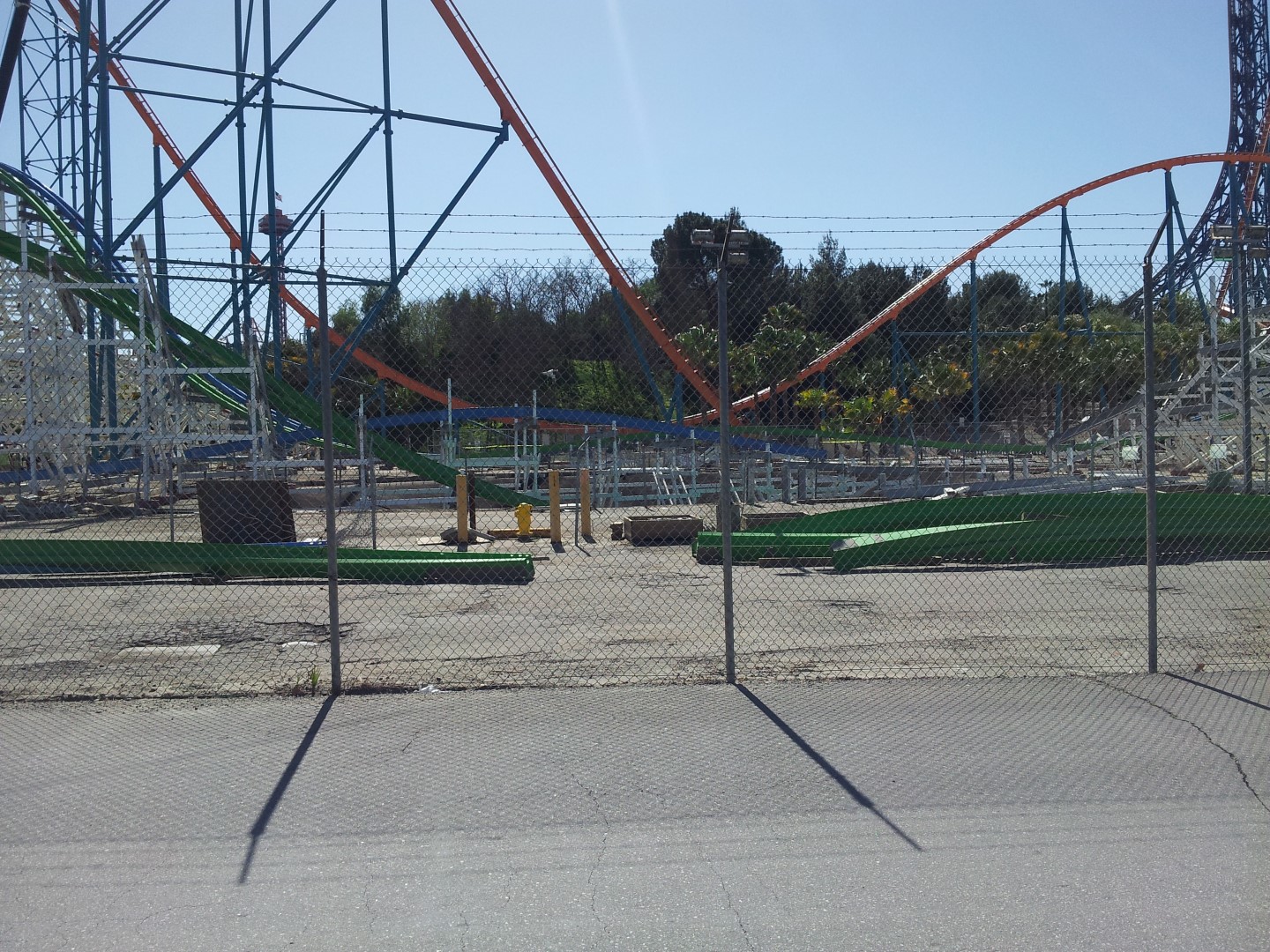 And behind that green track… we find the most interesting, twisty, double-down ever! The green double-down isn’t like the videos portrayed, but it’s banked in two ways! 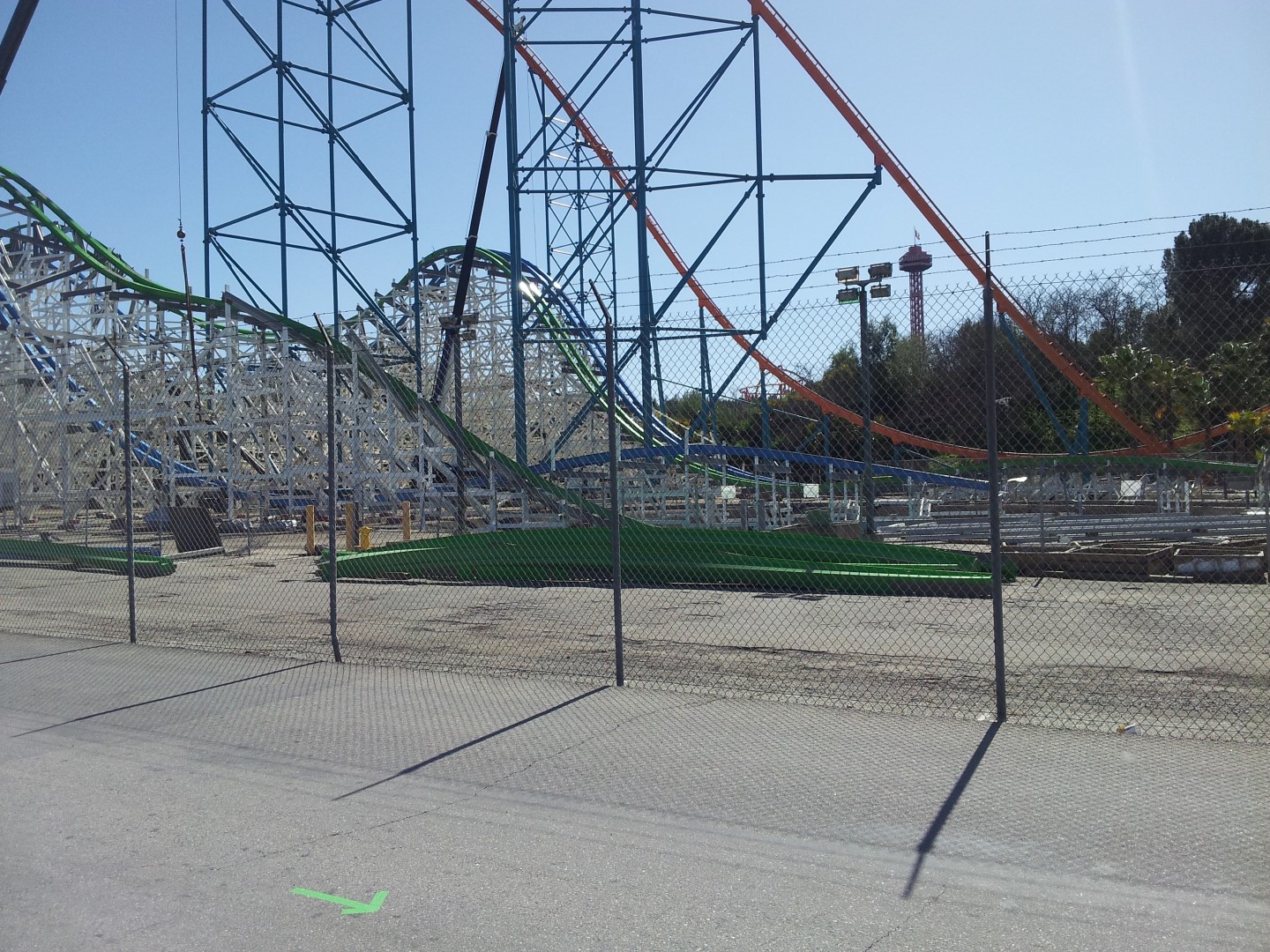 The blue drop underneath it has been completed too. In fact, the small airtime hill after the blue drop has been placed too. 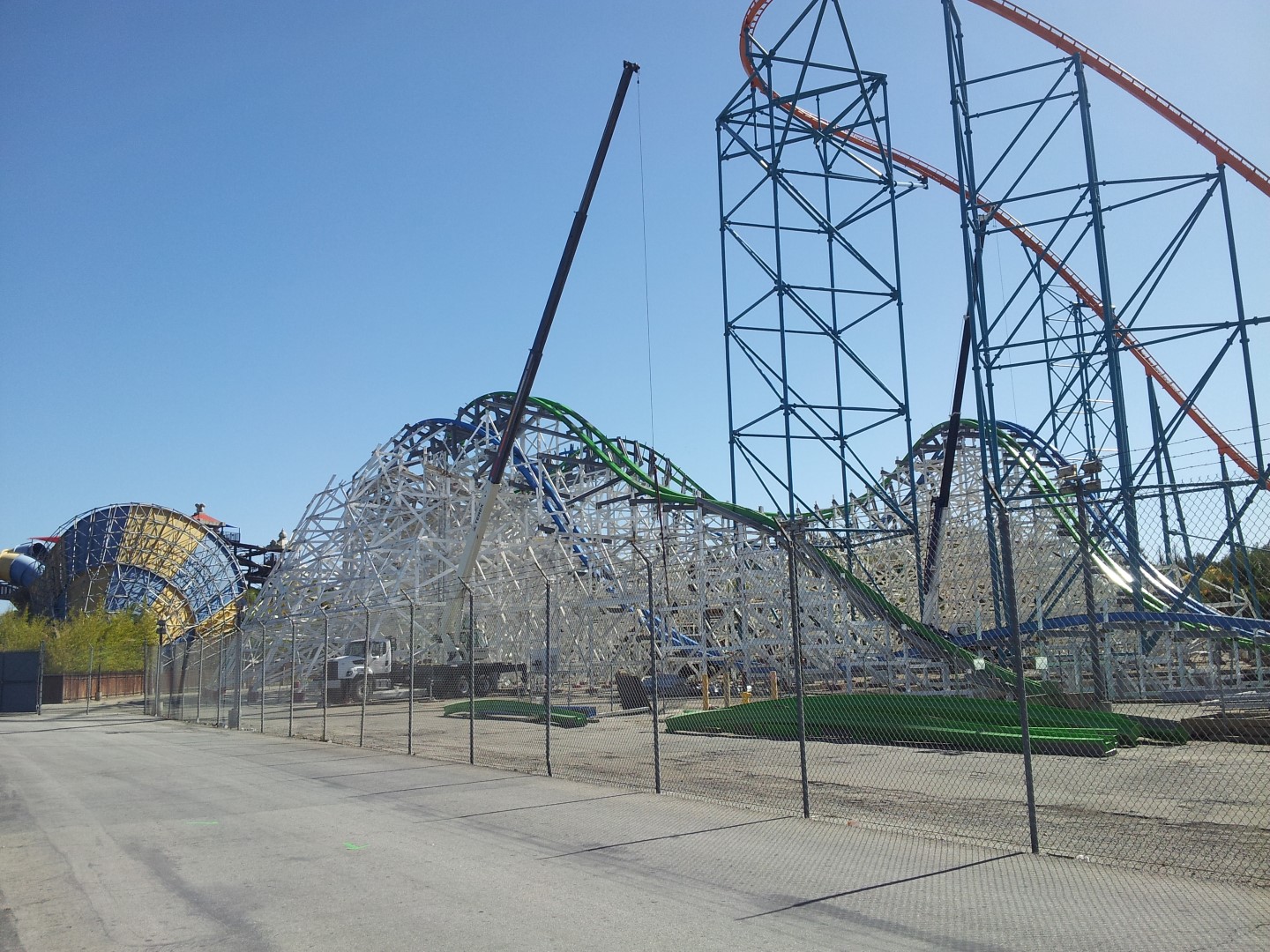 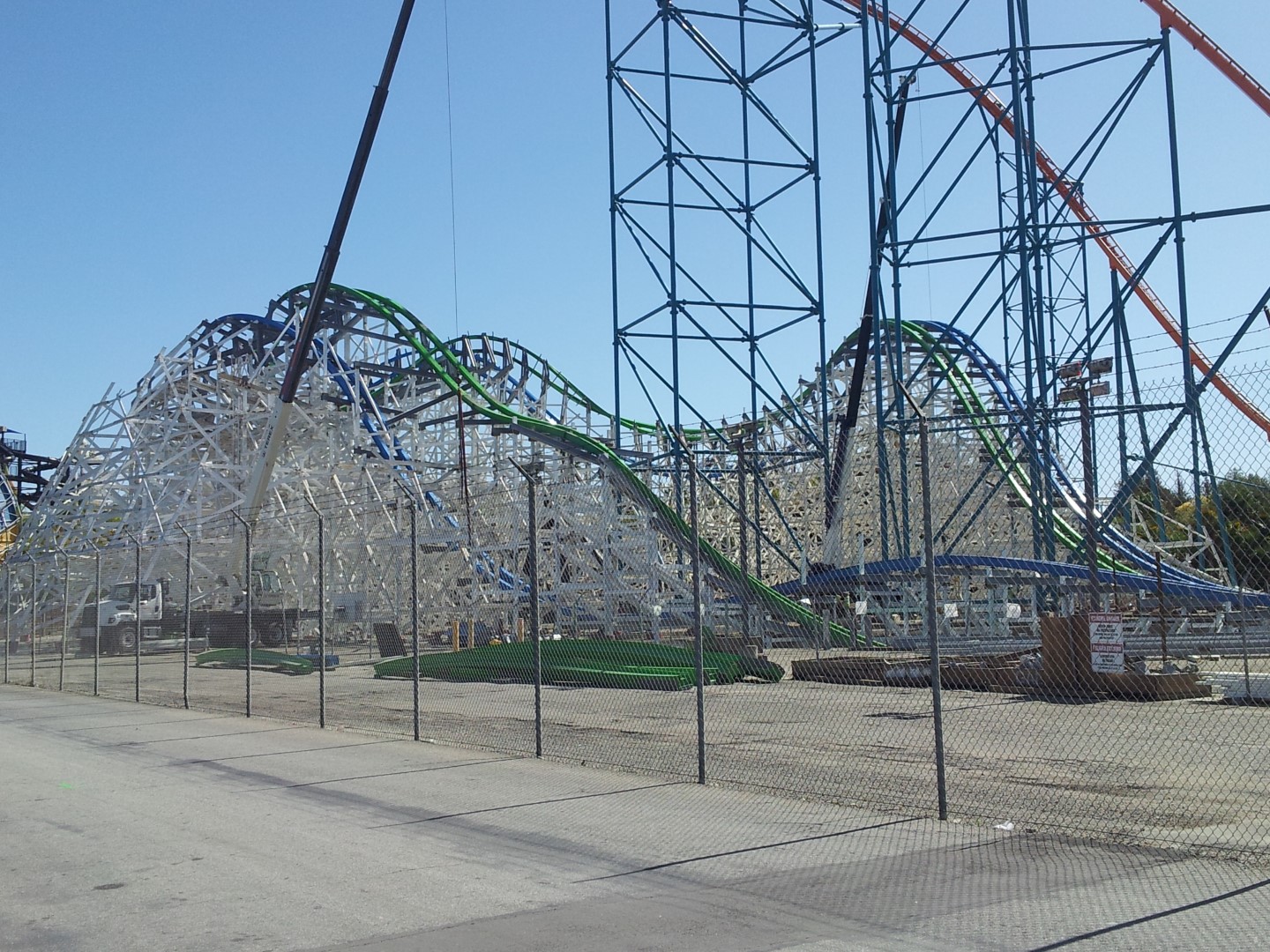 Look at the structure, it looks under-supported almost! Spectacular! 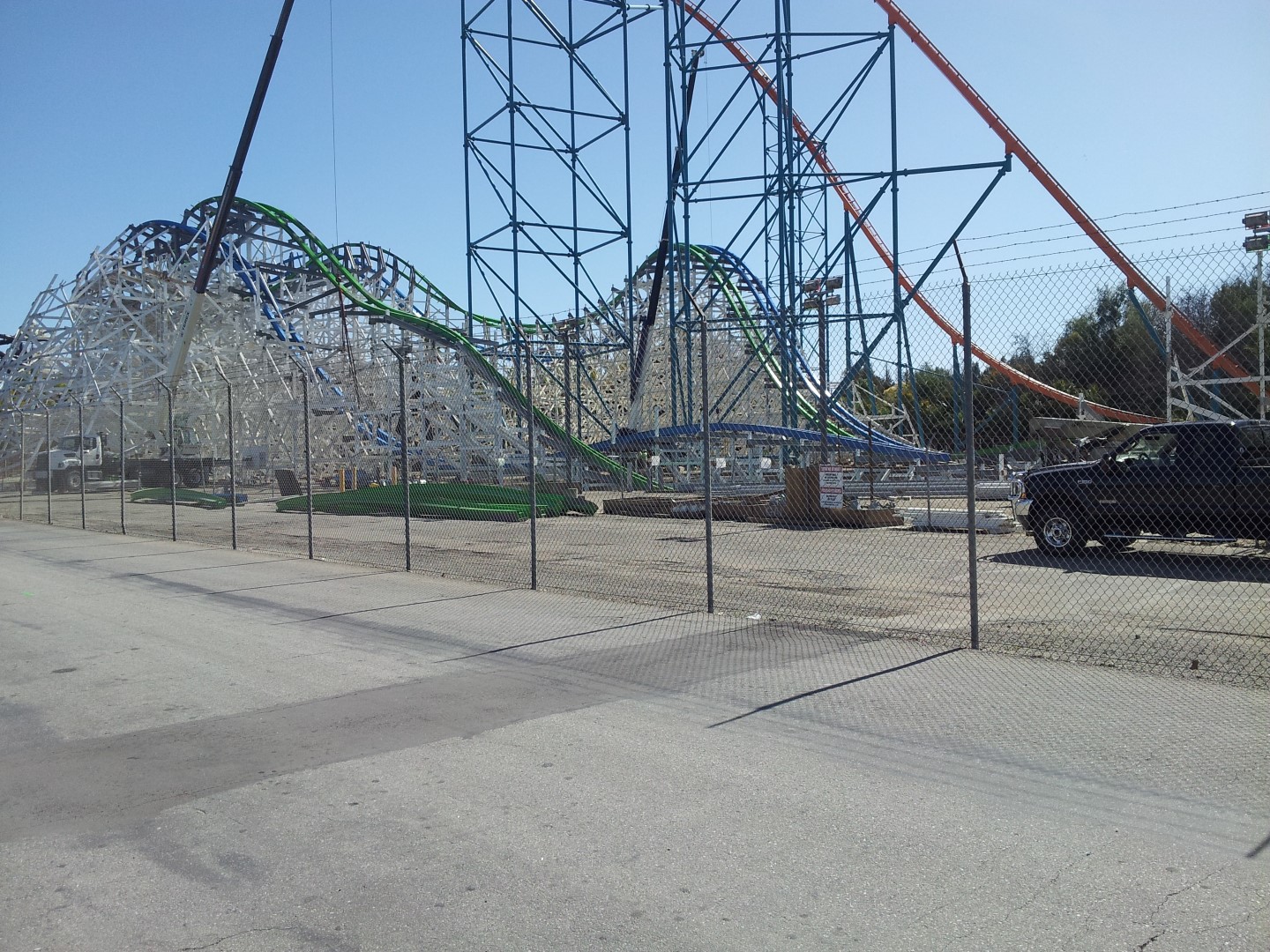 Lots of track laying around, like I said. Expect the Top Gun to be placed pretty soon too! 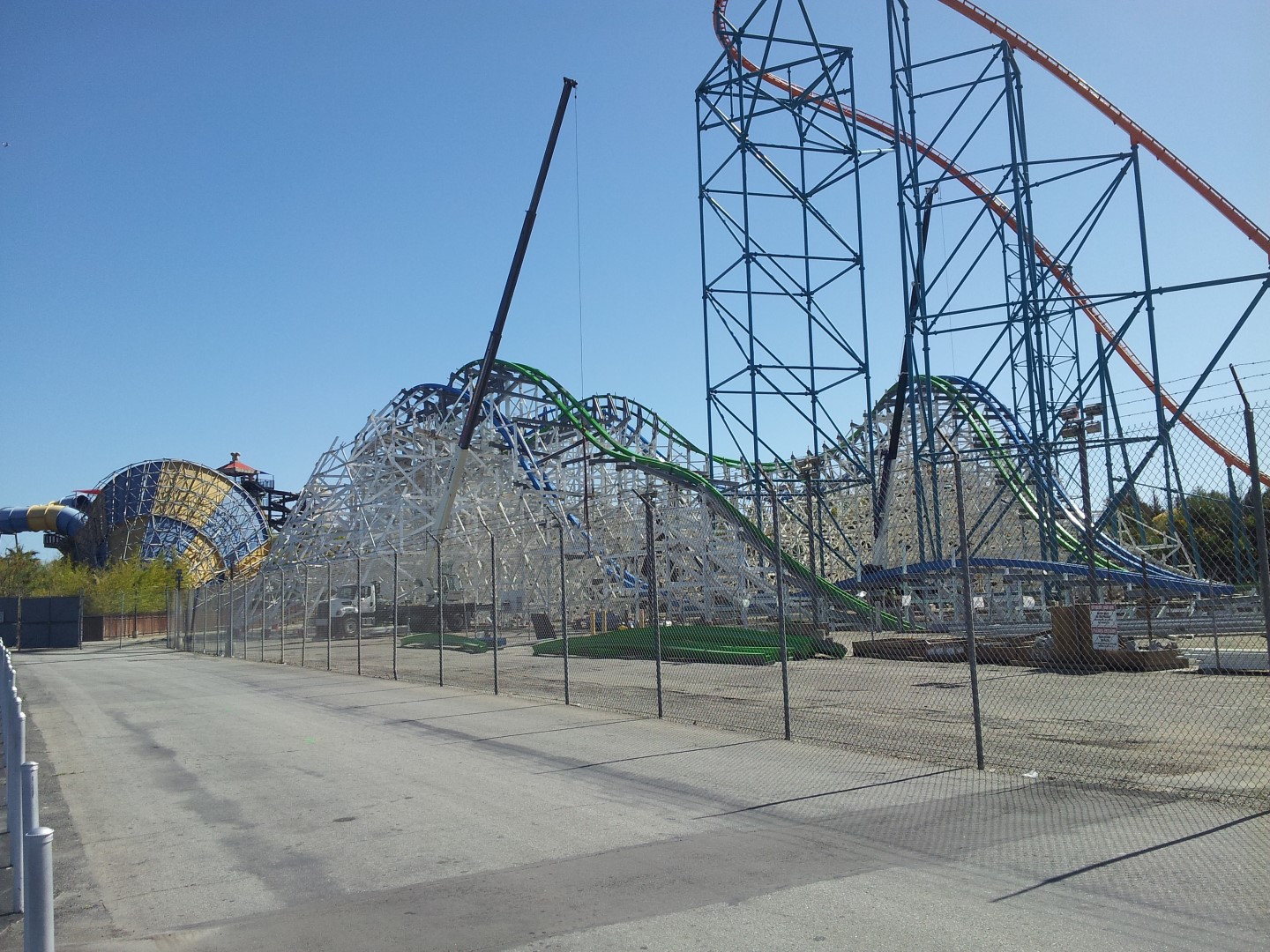 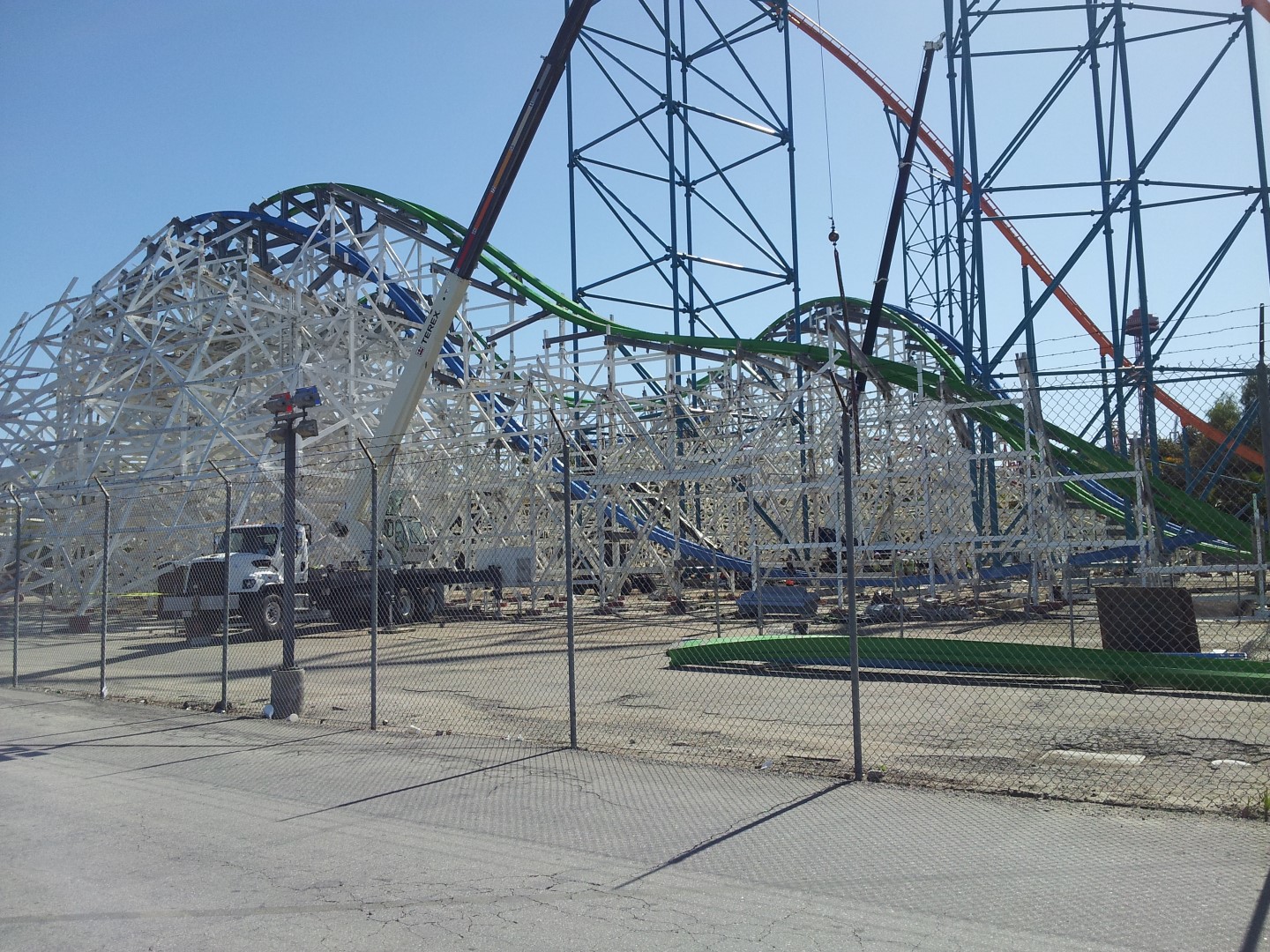 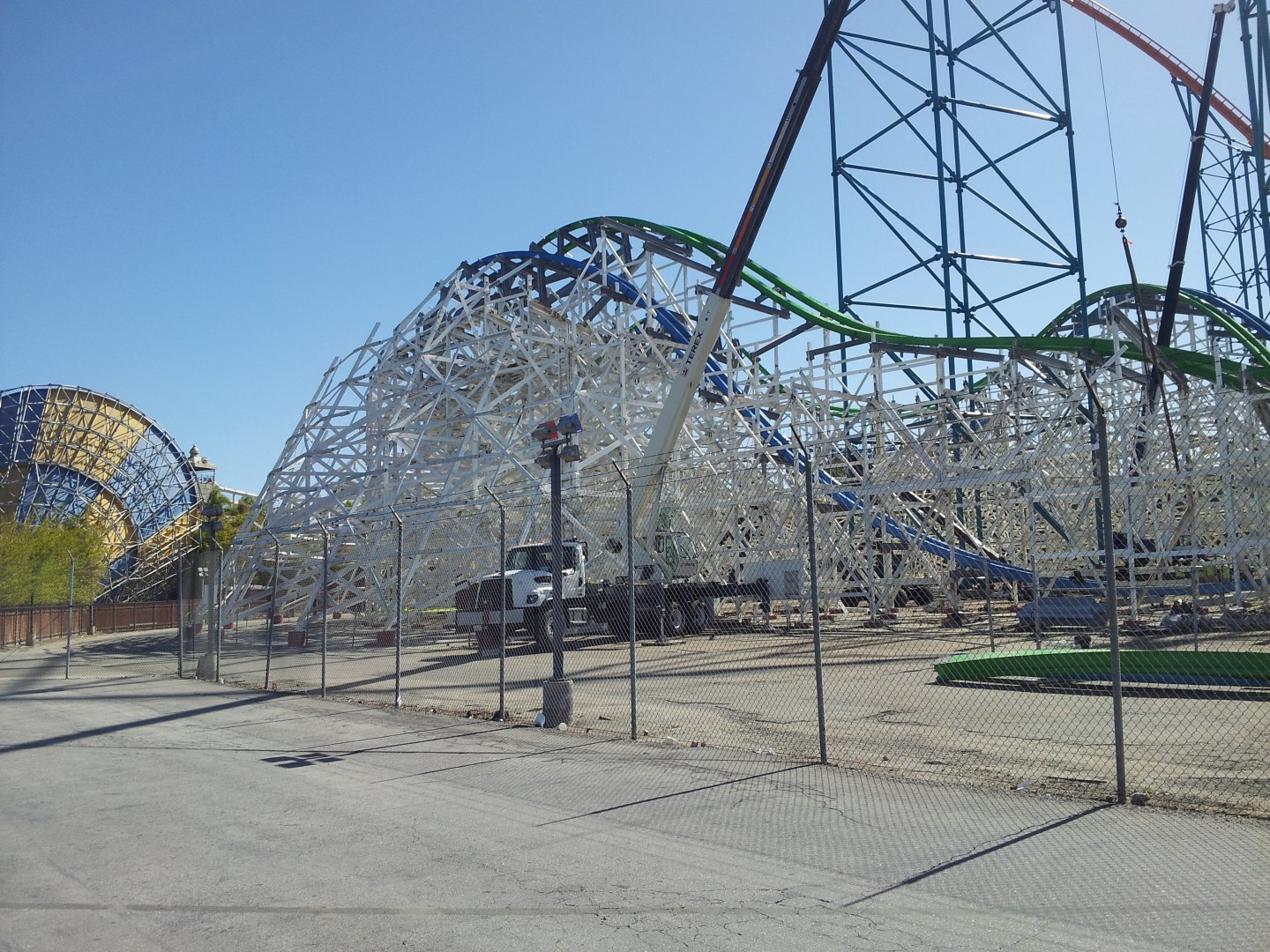 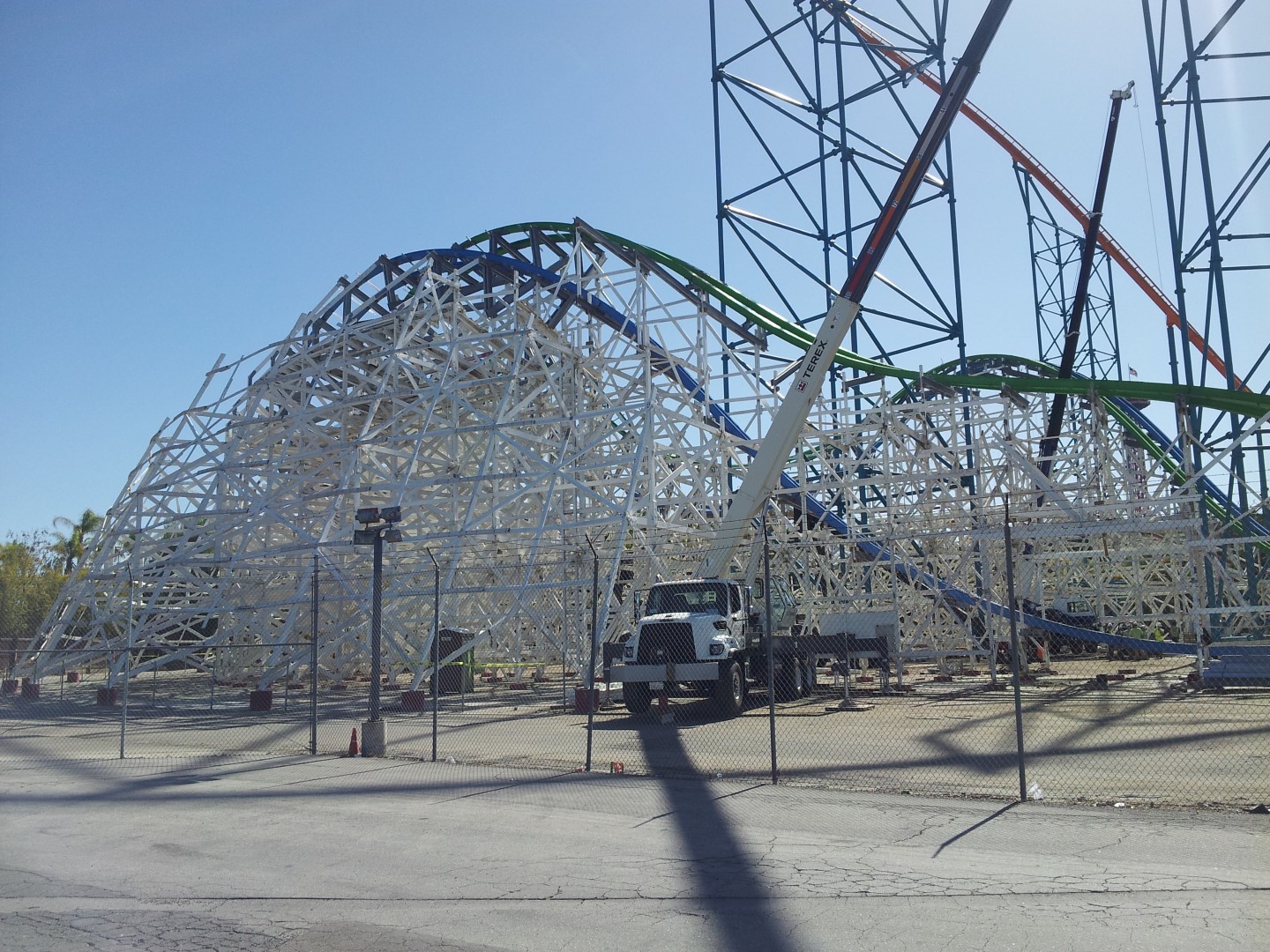 The double-down looks pretty from any angle! 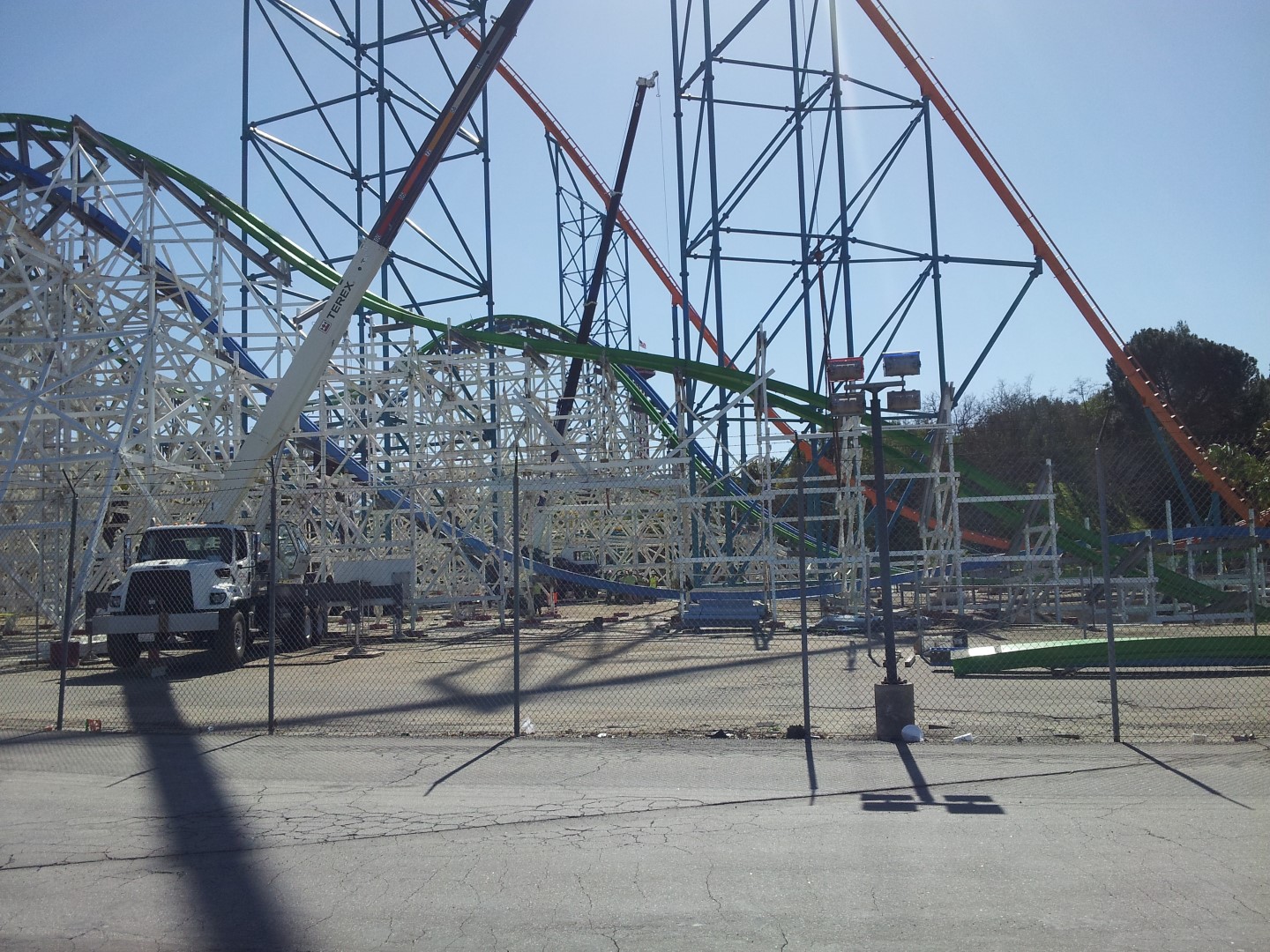 The green side dips under ground level, as where the blue side doesn’t. (speaking of approach to the Top Gun. 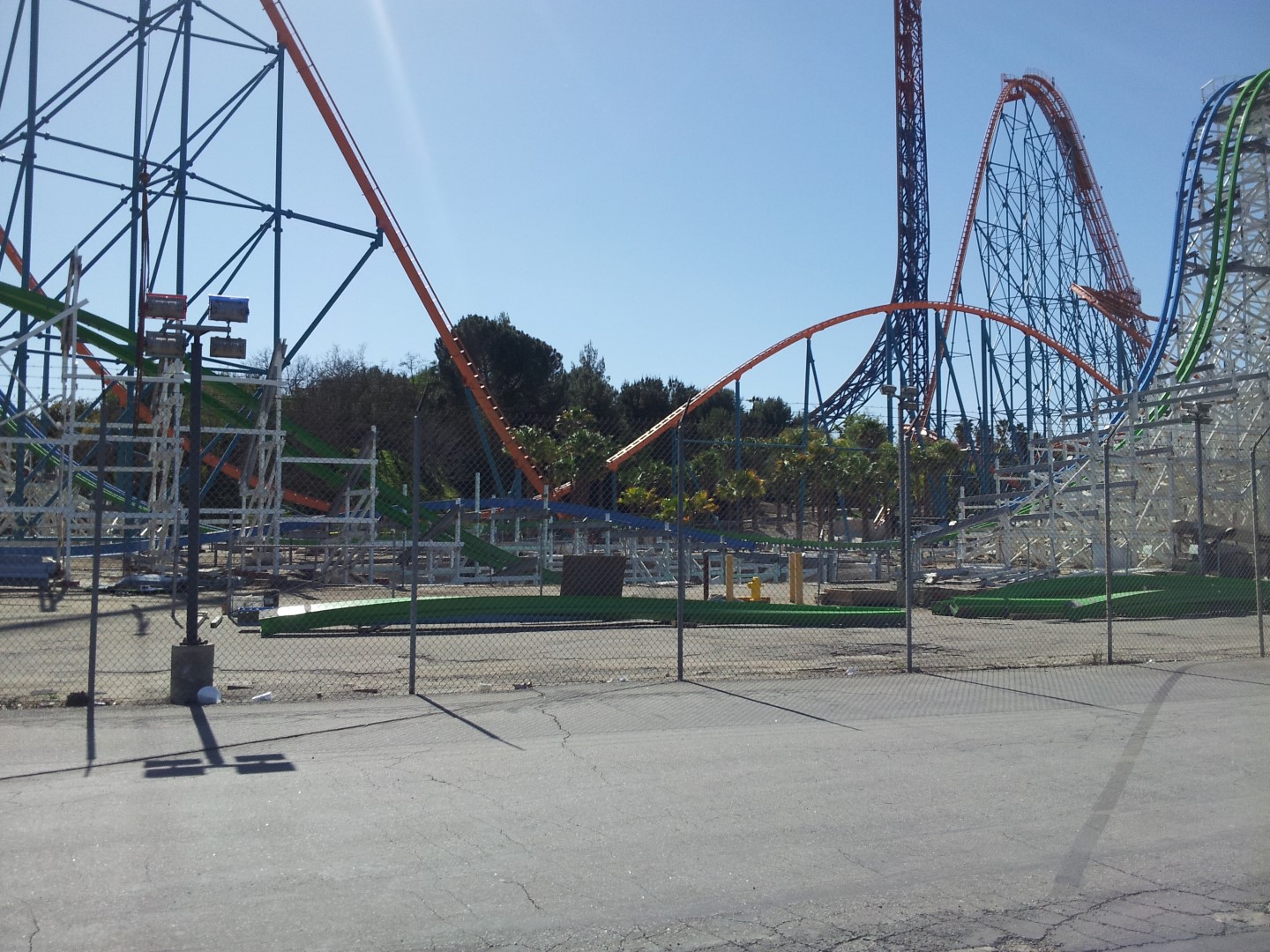 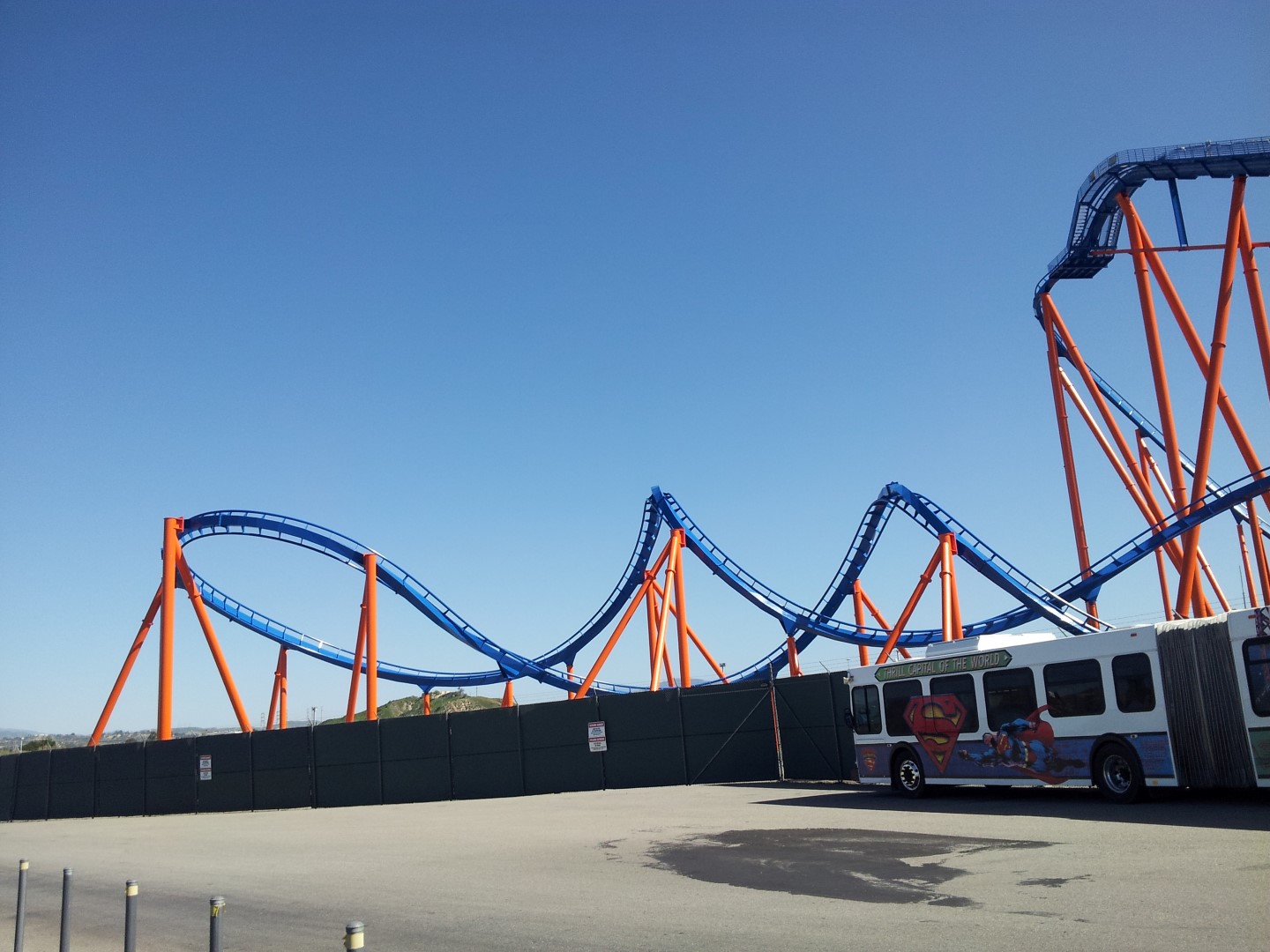 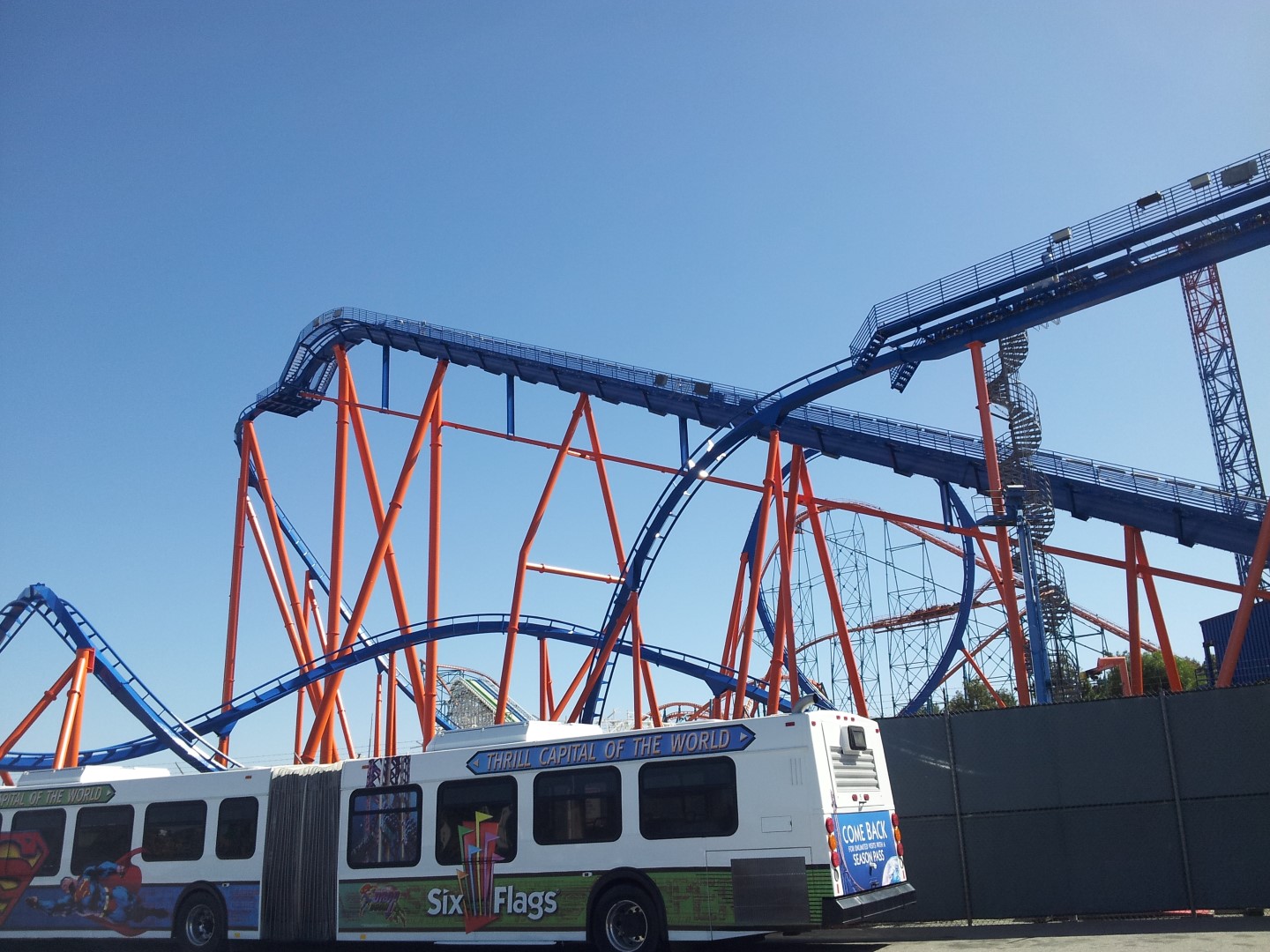 There’s still some painting going on at the MCBR, and its supports. 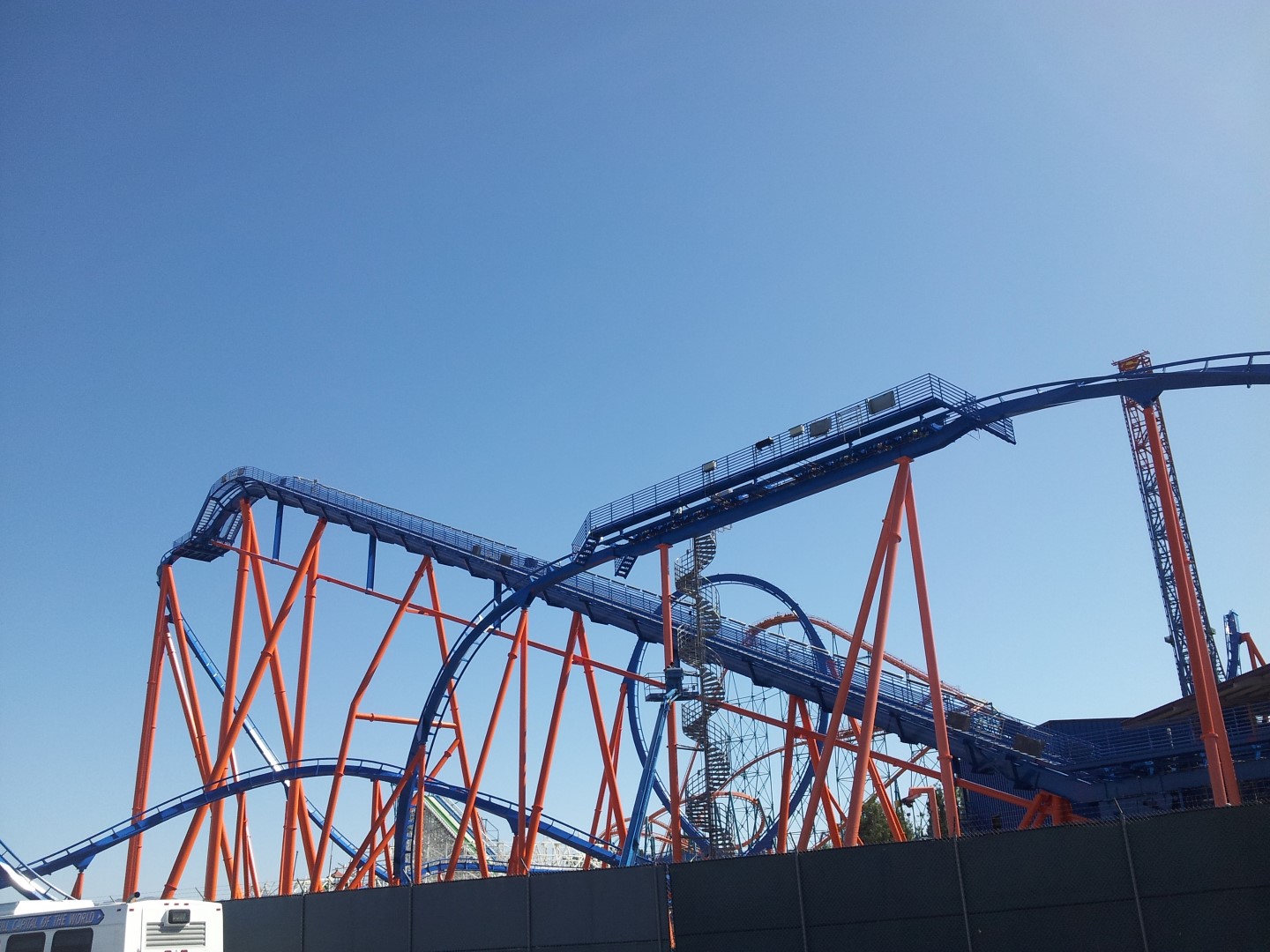 The supports of the MCBR are only coated with primer right now. This appears to be the very last thing to be completely painted on Scream! 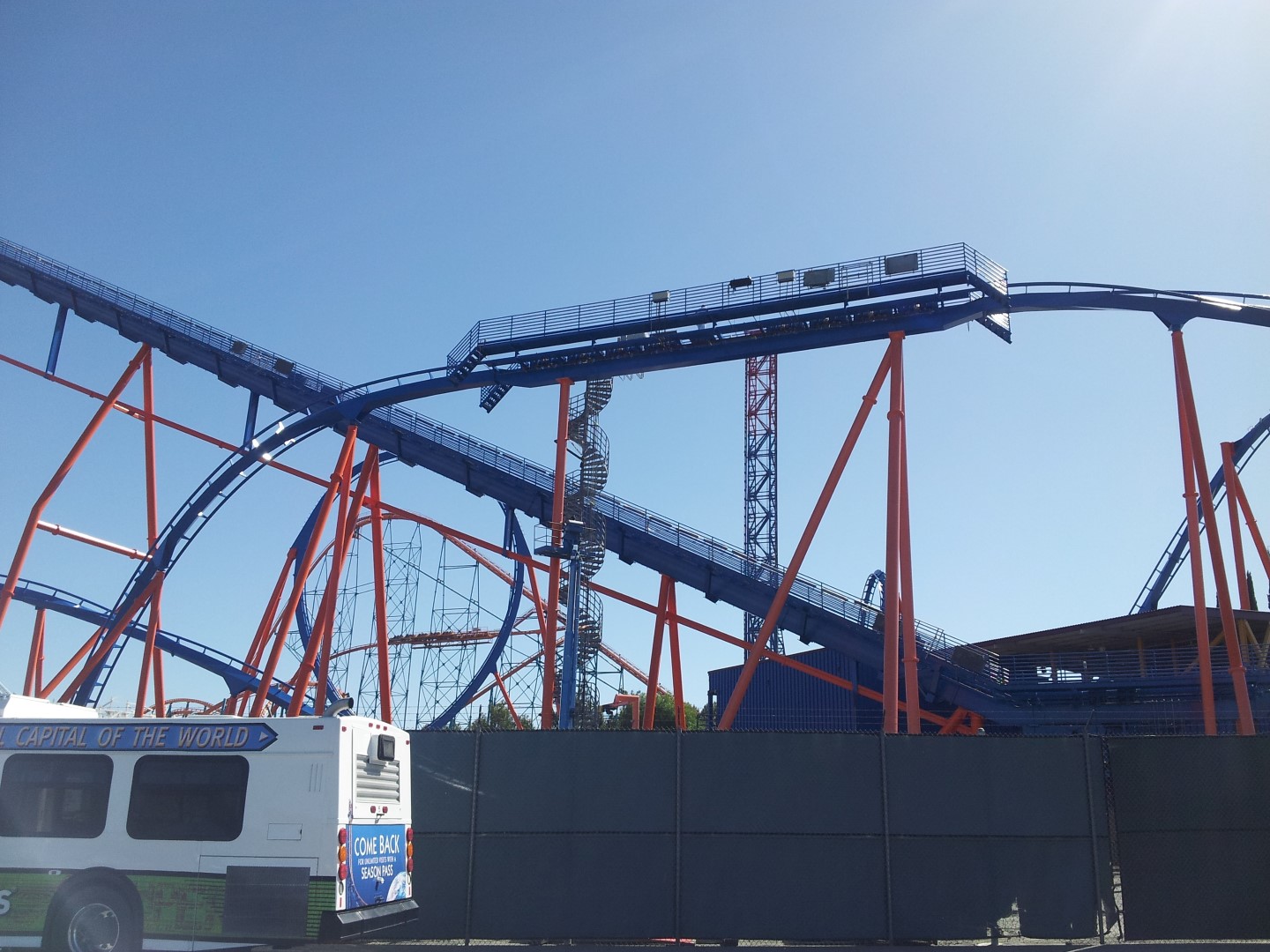 The Cobra-Roll has completely been painted too! Looking awesome! 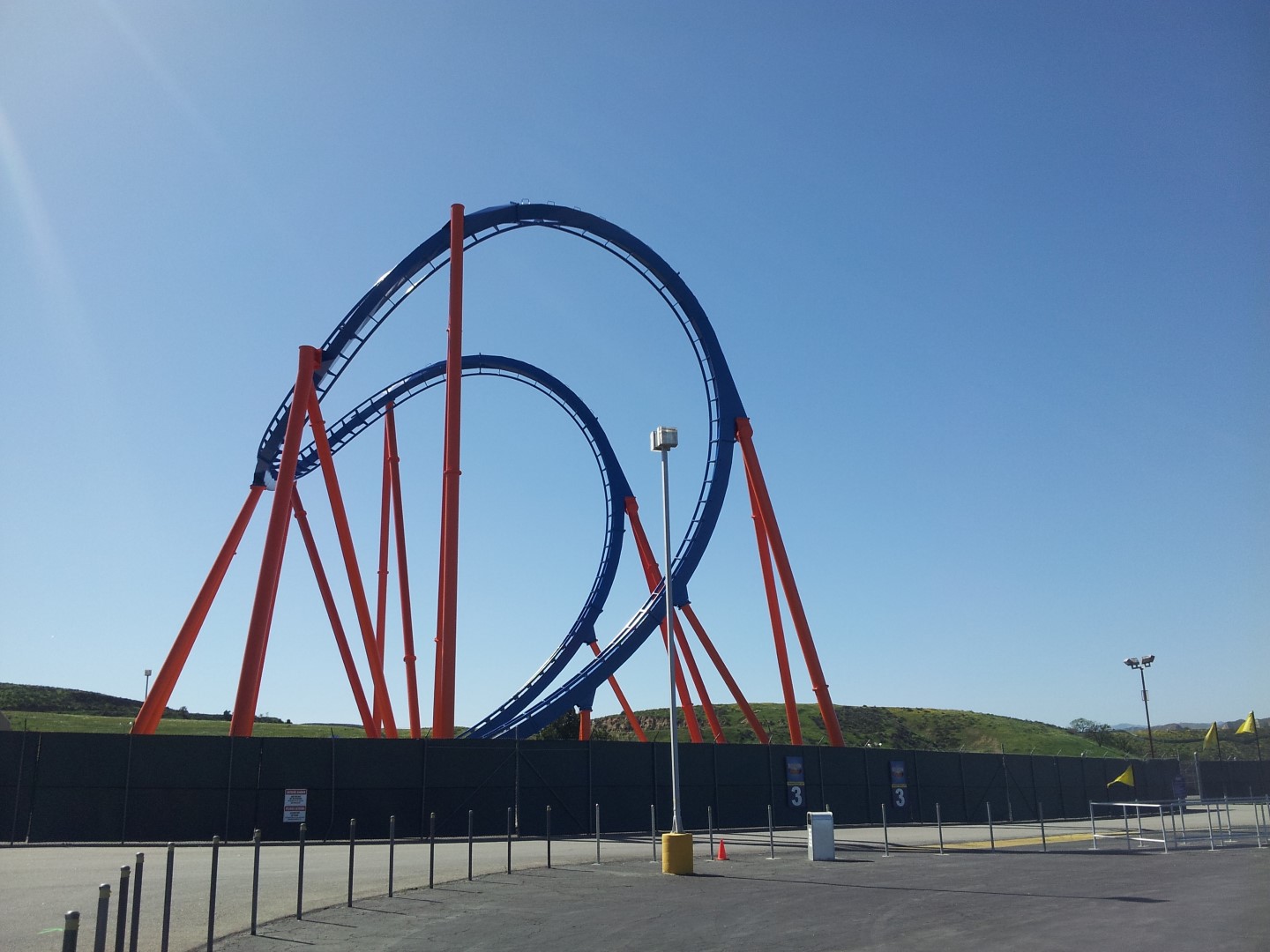 Let’s wrap up with a cool Cobra-Roll shot! 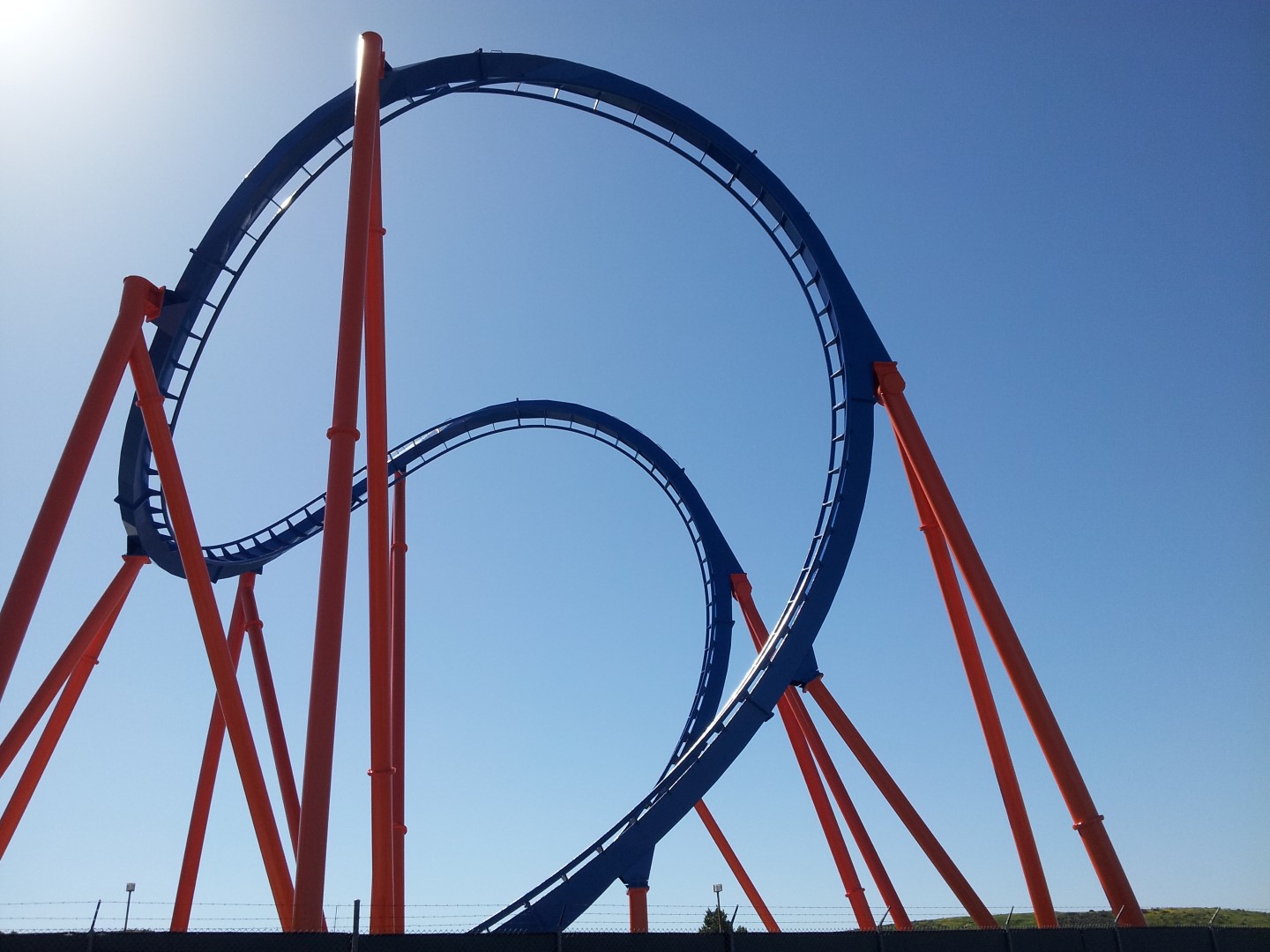 Here’s a great shot of the Scream! repaint from above, by one of our readers, Michael! 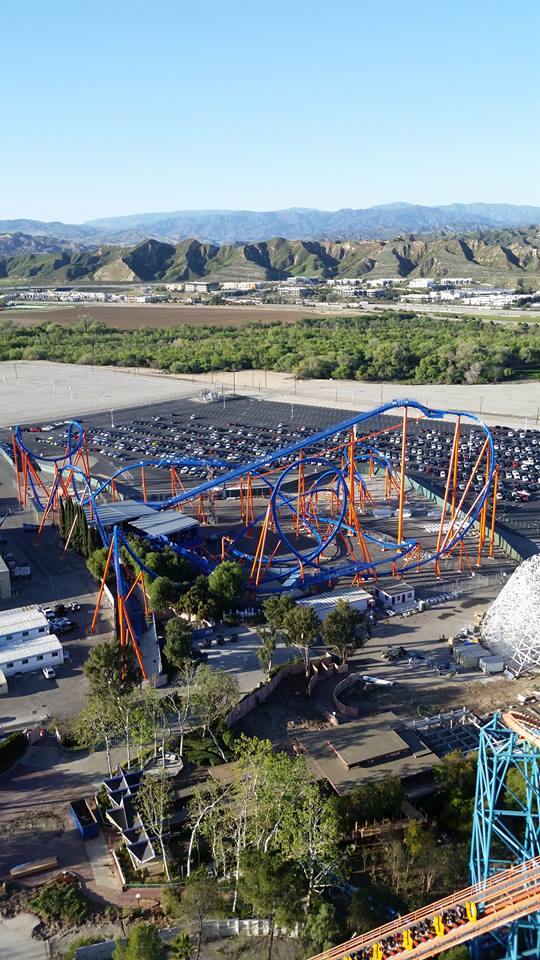 Thanks for checking out this Twisted Colossus and Scream! Update! Make sure to check out the Six Flags Magic Mountain 2015 map, here!