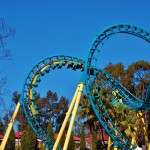 It was an absolutely gorgeous day in Vallejo, and we couldn’t have been happier to be at this awesome and unique park. There’s a whole lot of work going on throughout the park. Such as the move of the park’s elephants, ride refurbishments, the first real signs of Dare Devil Chaos Coaster’s construction, and much more!

The park hired two live singers to perform in the entrance plaza. Very nice touch and really set a good tone right as you entered the park. 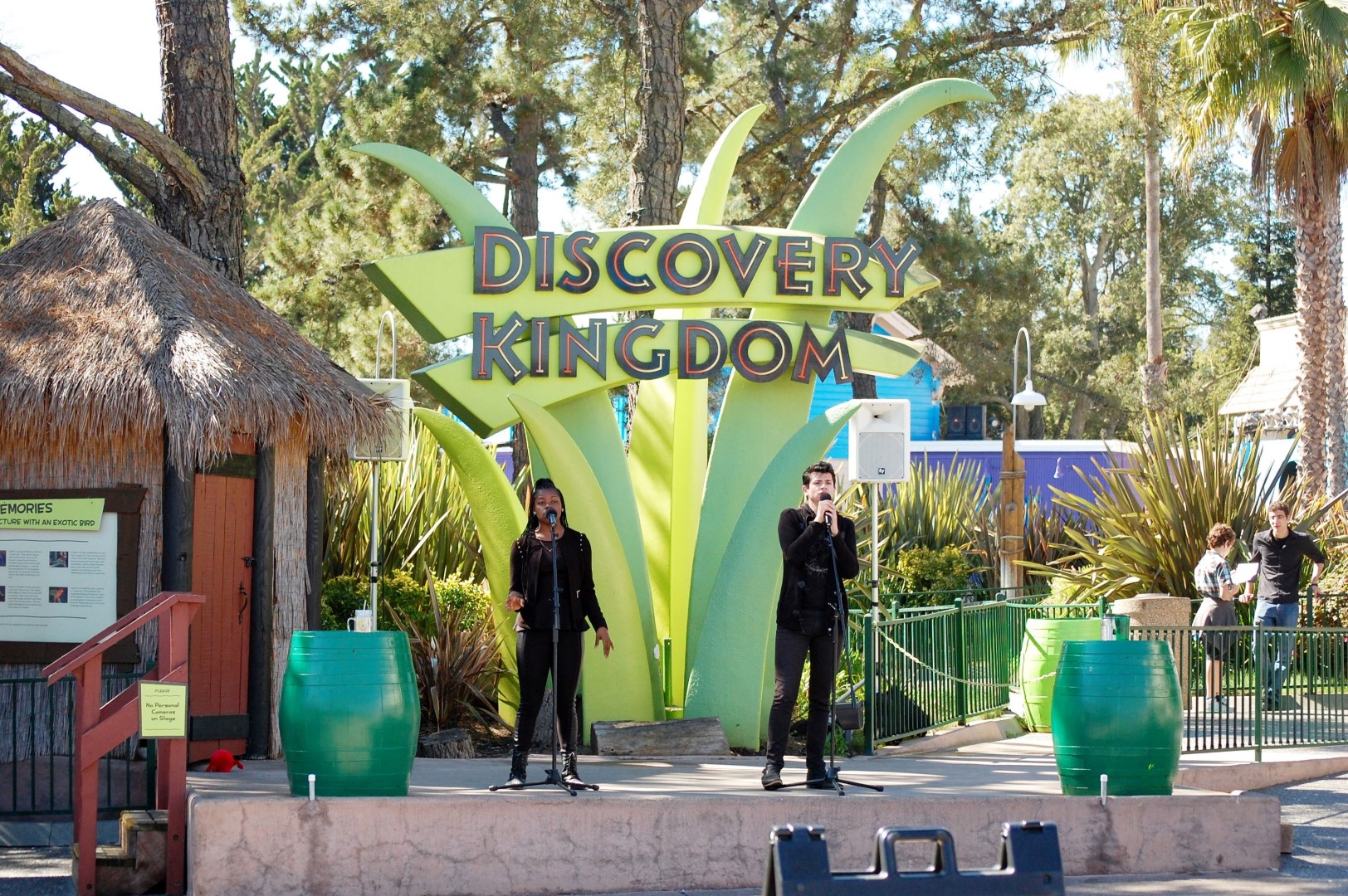 This weekend was Double Your Fun Weekend meaning that you are allowed back to back rides on any attraction without leaving your seat from 11:00 am-2:00 pm. In general, lines were still very short and it was very cool to be able to mini marathon lower capacity rides like Superman: Ultimate Flight. 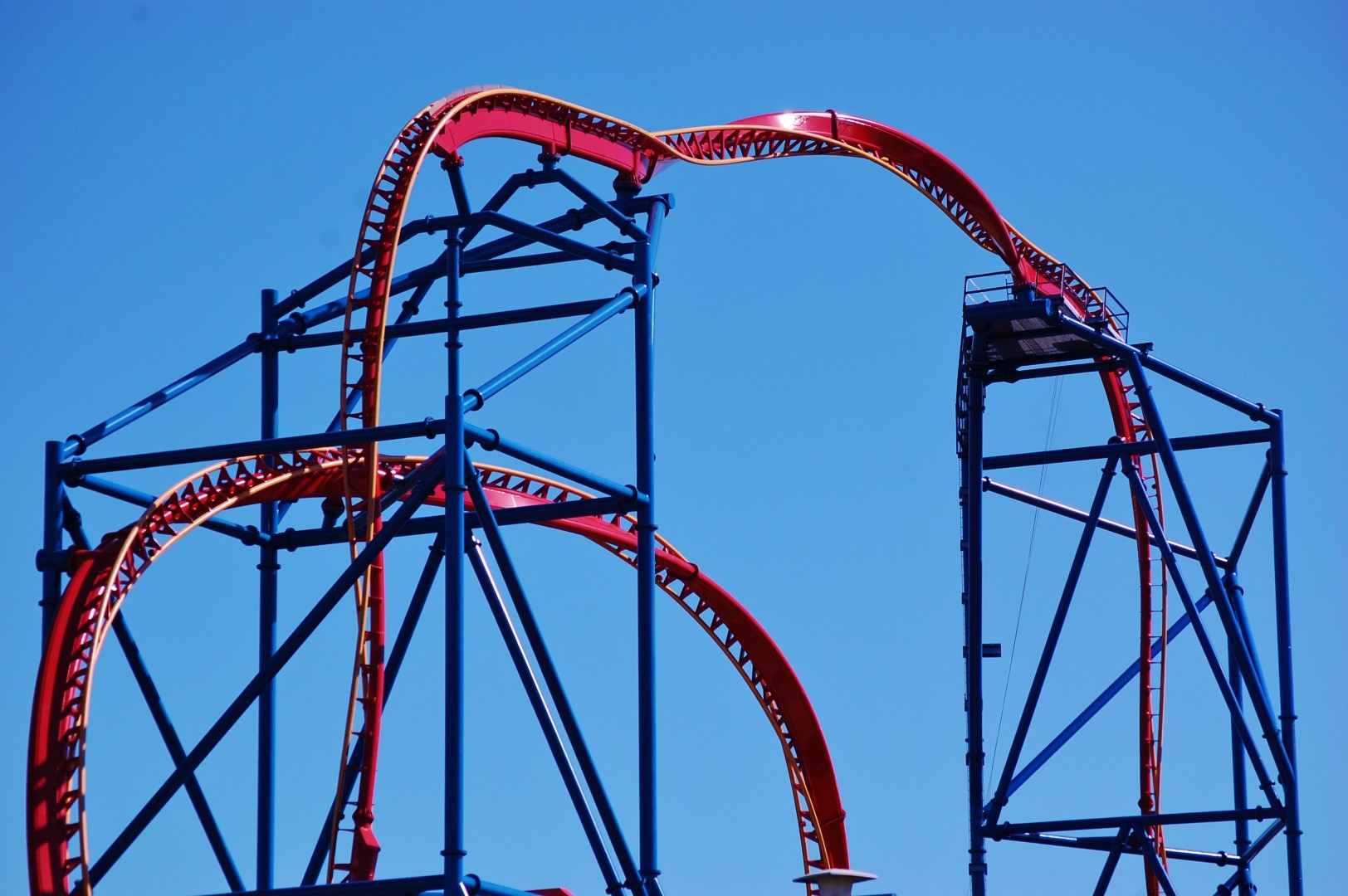 Roar continues its two train operations, keeping lines nearly nonexistent. It seems that the pre-lift section of Roar has been re-tracked, as it is much smoother and more fluid. 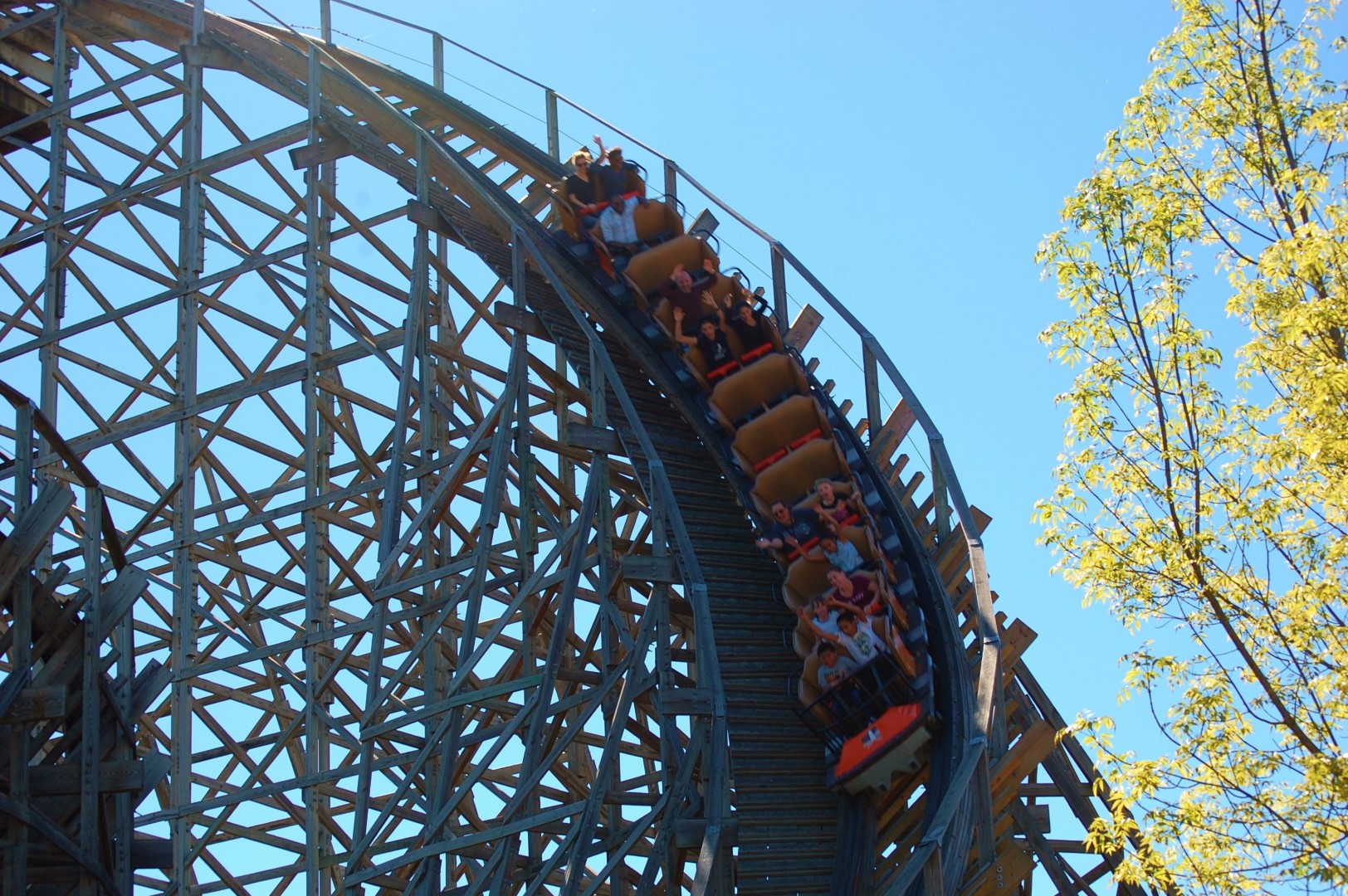 V2 is closed for annual maintenance. Man, these multi-launchers just can’t stay open all at once this winter, haha. 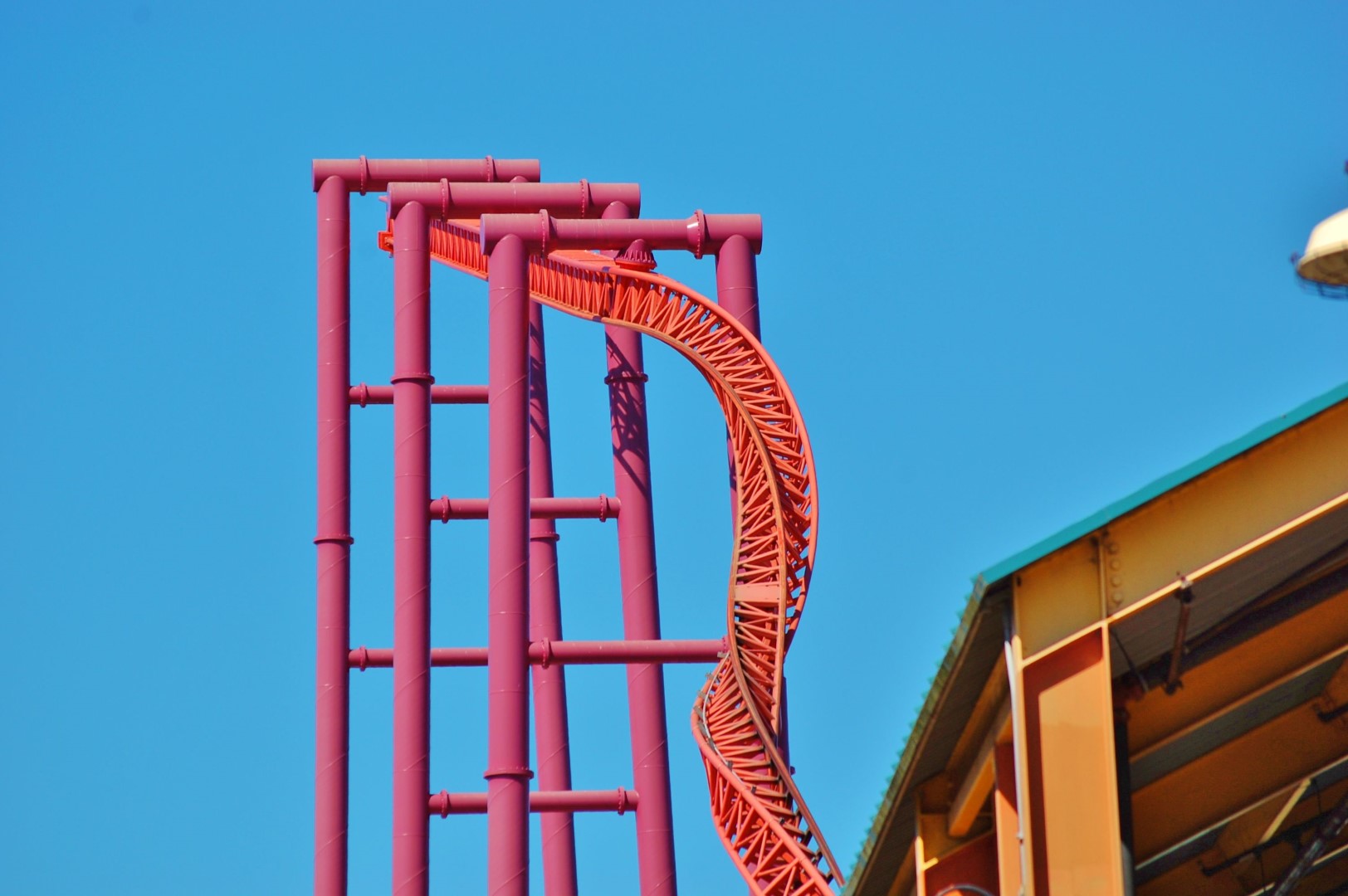 V2’s train has been completely taken apart. The chassis for the train are in the queue plaza, whereas the seats and restraints are in the station. 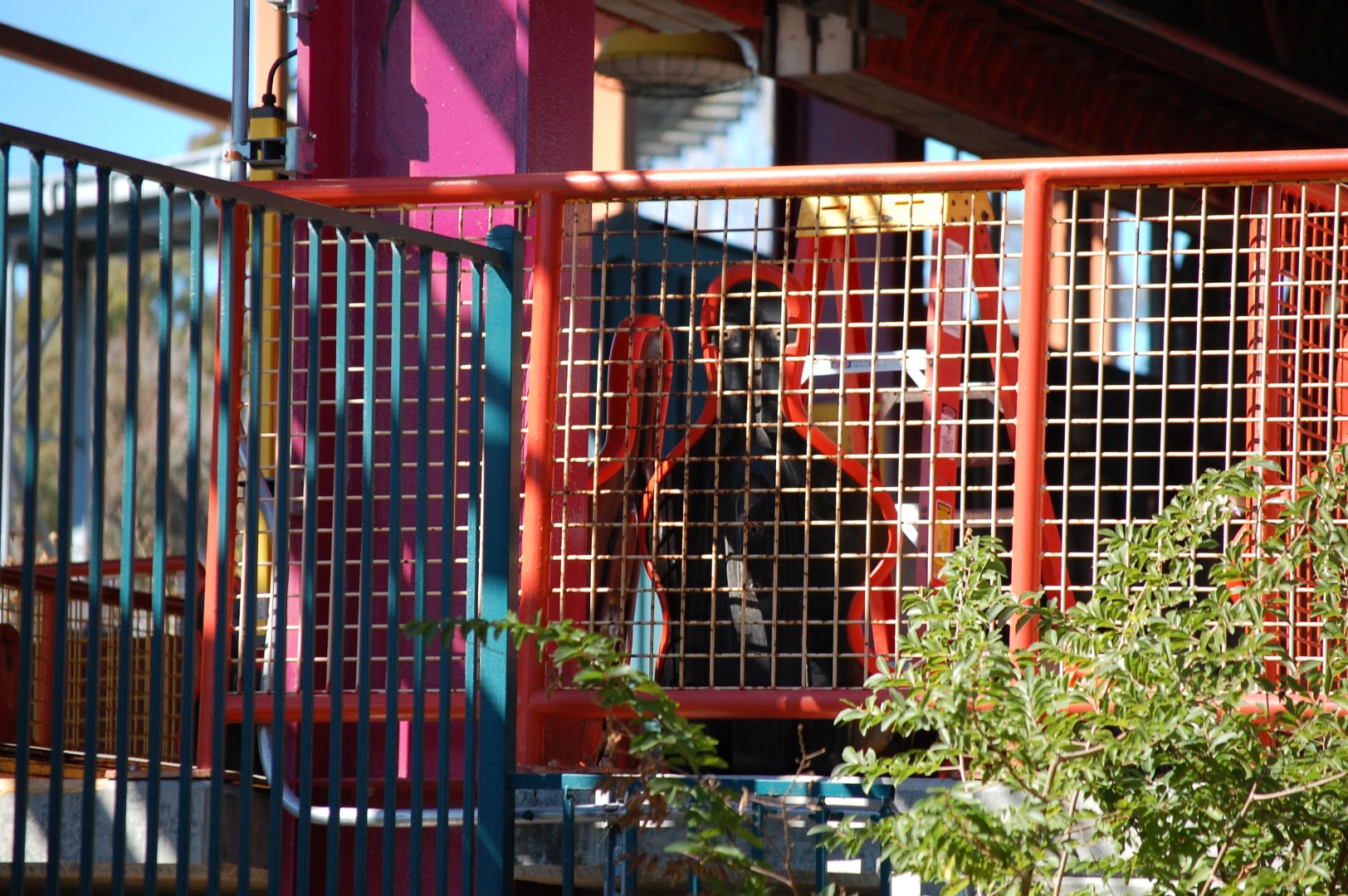 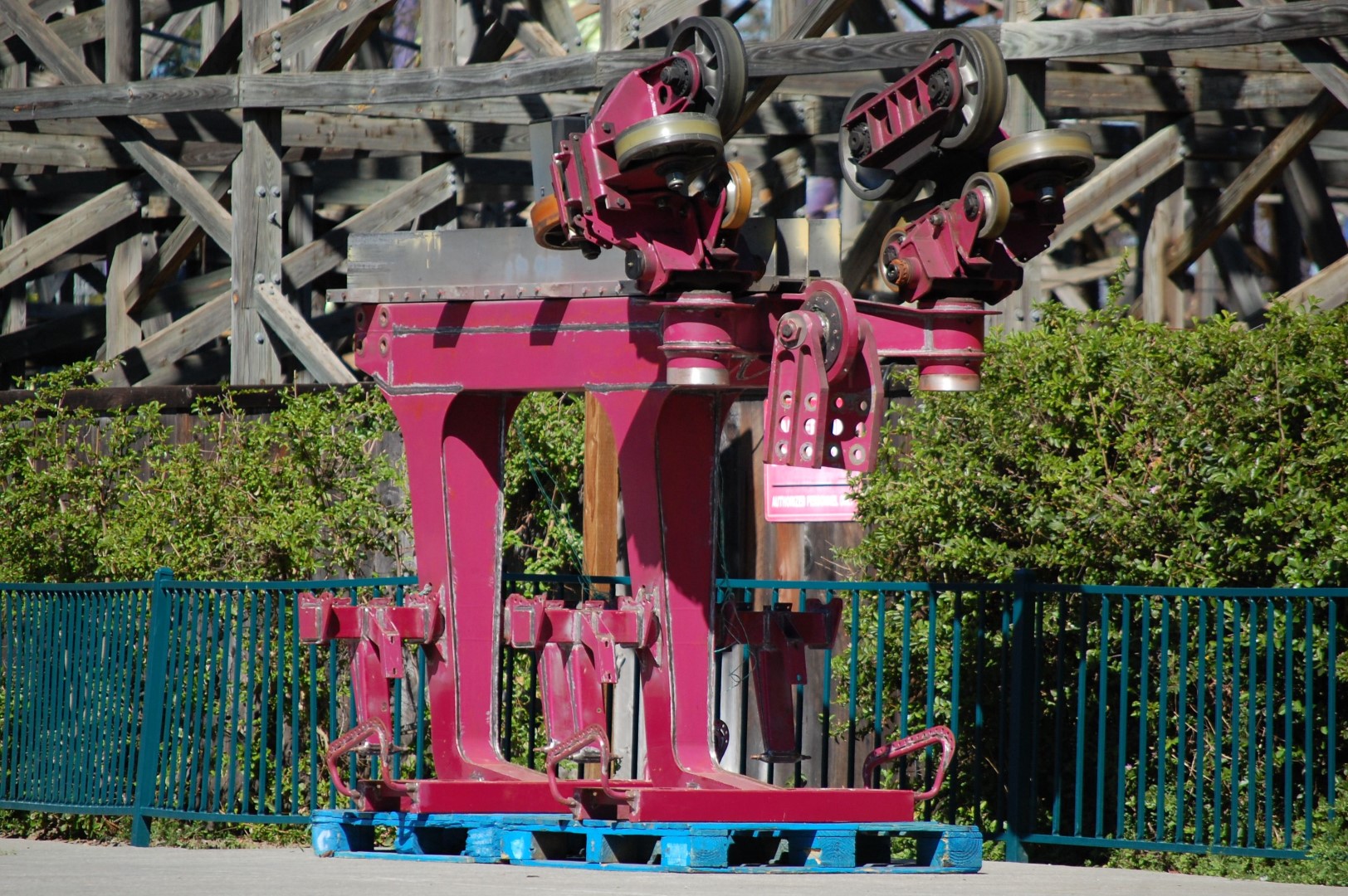 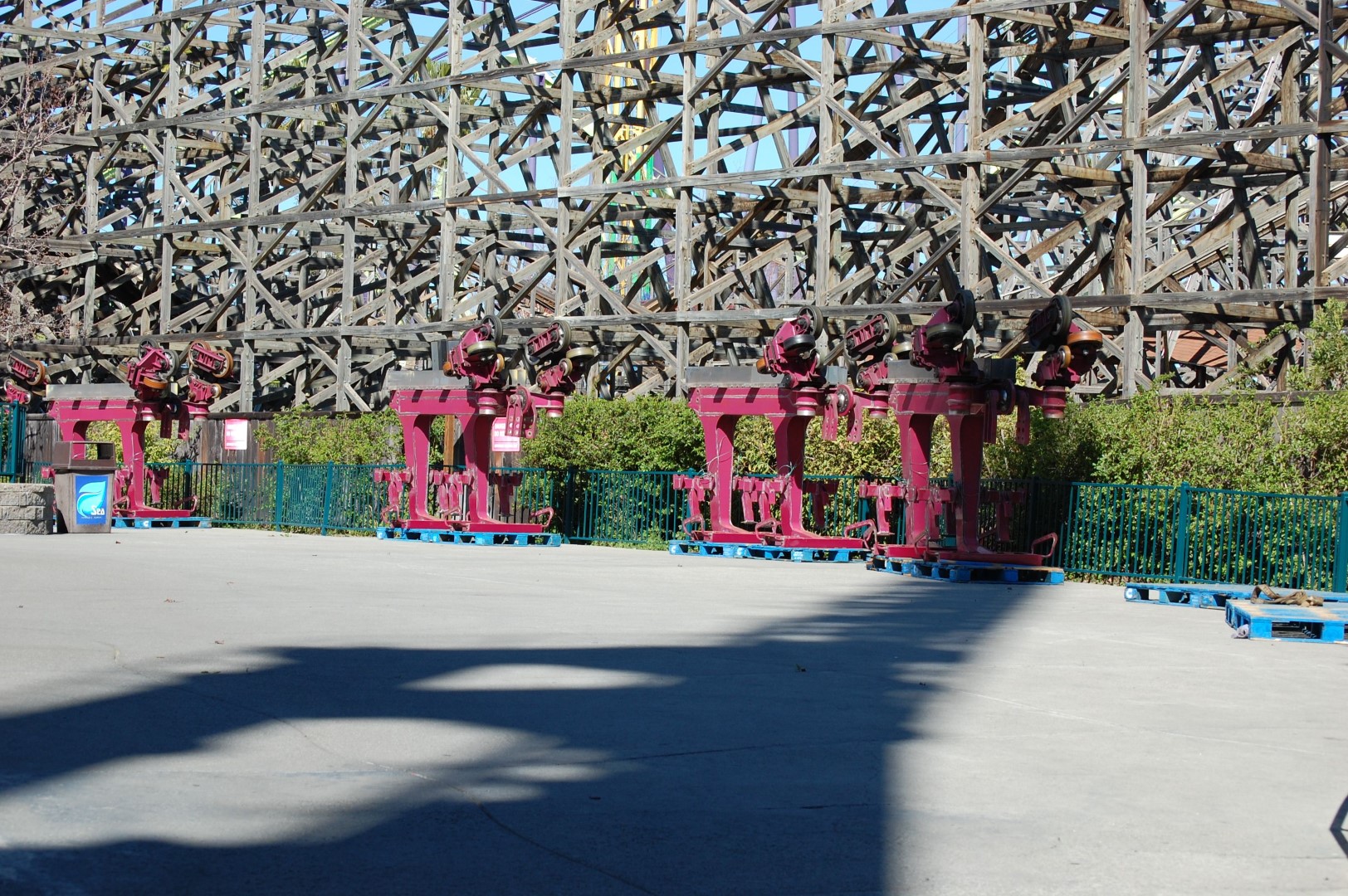 Tsunami Soaker was soaking up some popularity on this warm and sunny day. 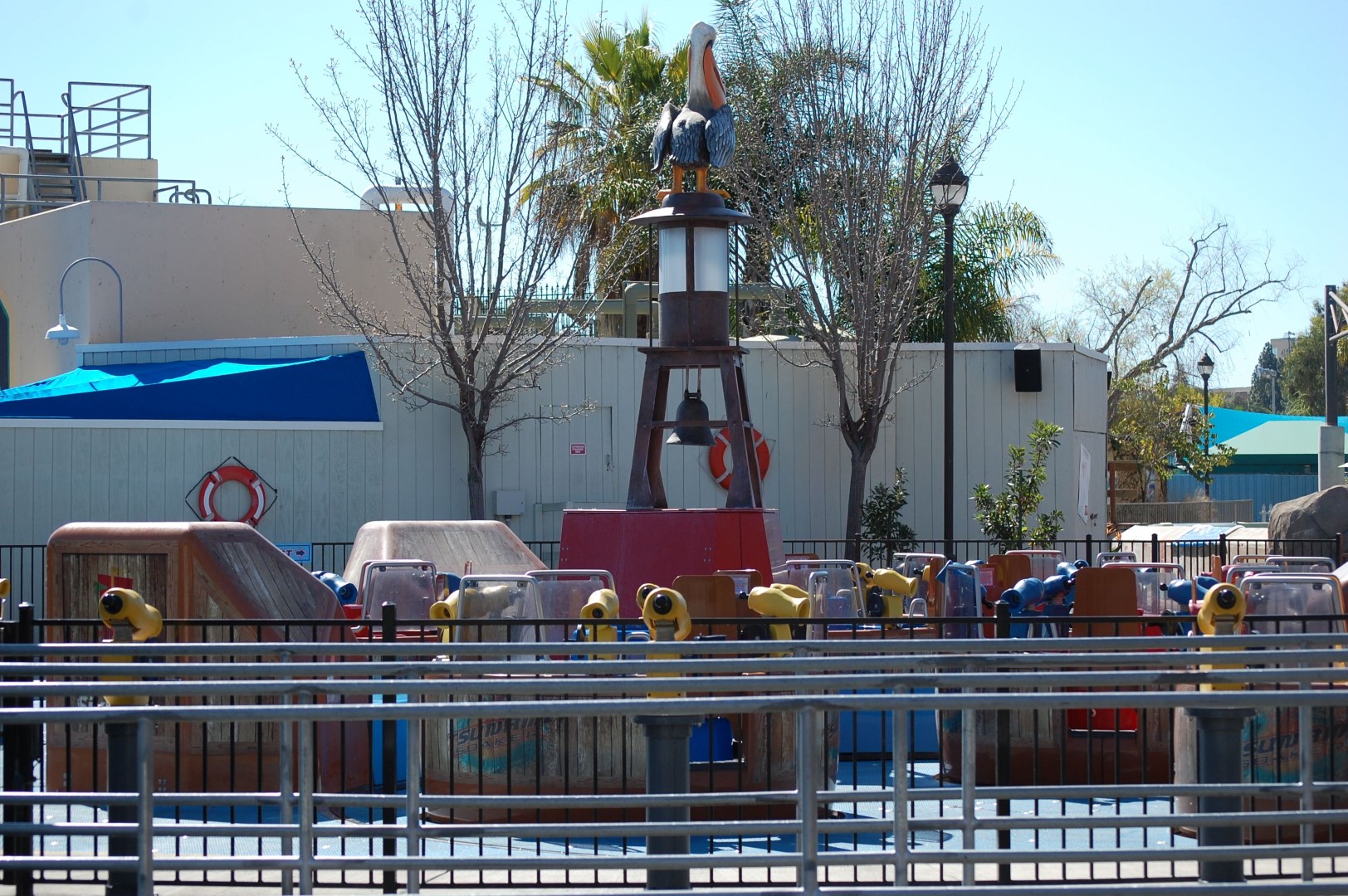 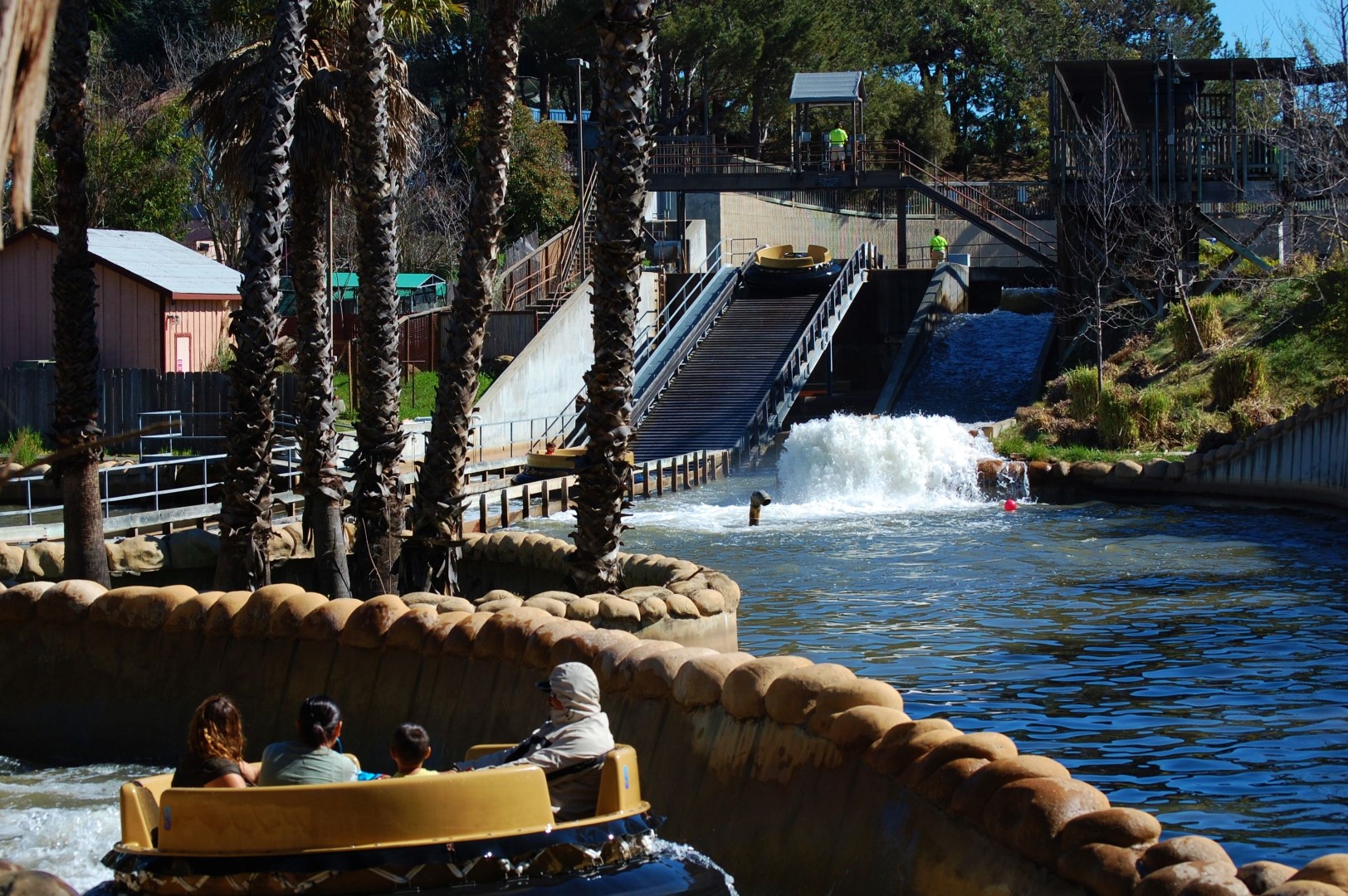 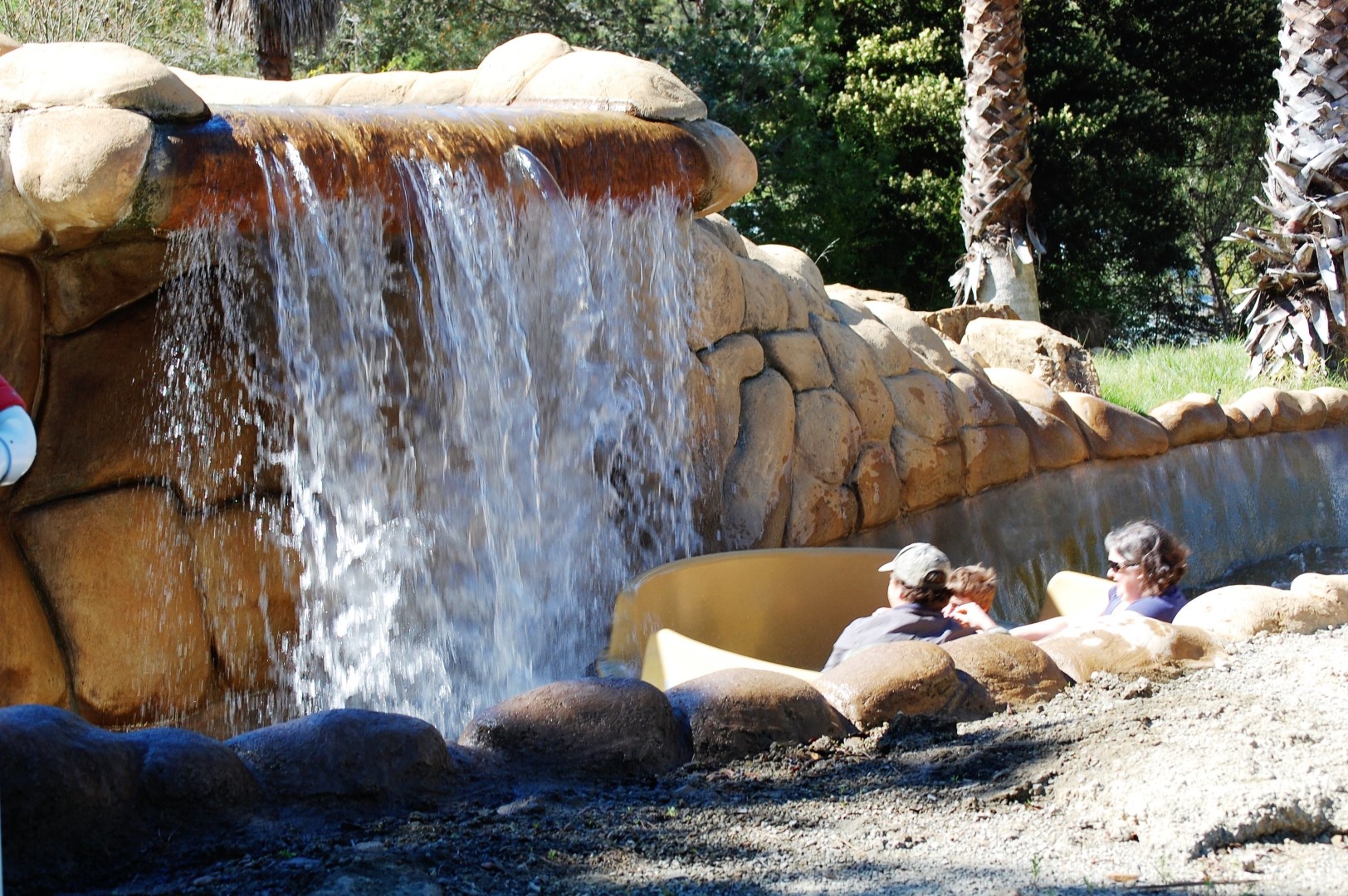 Also in that area of the park, Tazmanian Devil has also reopened. The whole back of the park now feels a lot more alive and energetic with essentially every ride open. It’s really nice to see. 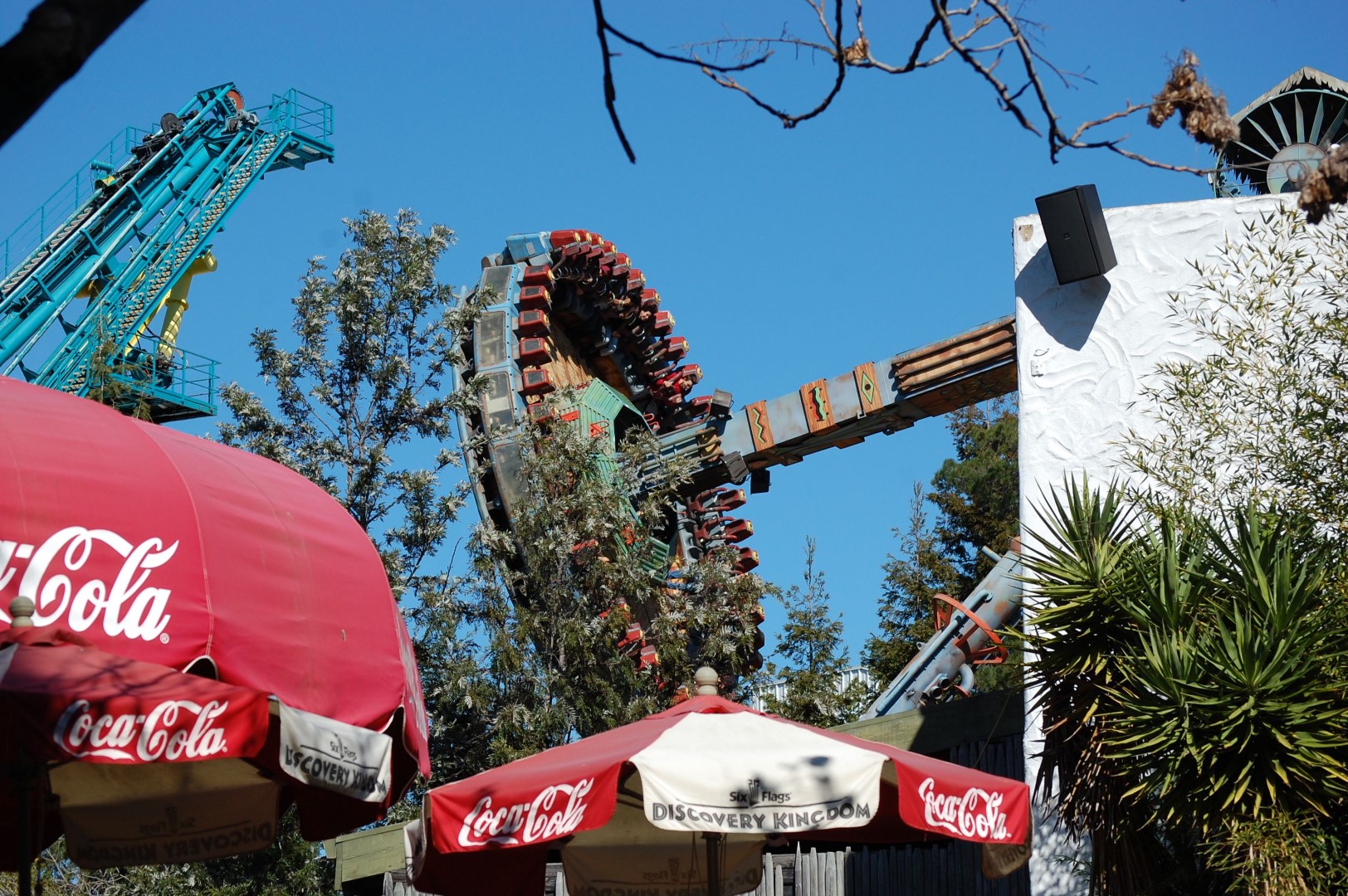 The park’s last two own elephants, African Elephant Valerie, and Asian Elephant Liz, were moved to Wildlife Safari in Winston Oregon. The park’s previous star elephant Tava moved there two years ago. Six Flags Discovery Kingdom has decided to slowly stop their elephant program. The park decided to move and retire Valerie and Liz to the Winston facility as well, to reunite the three elephants. 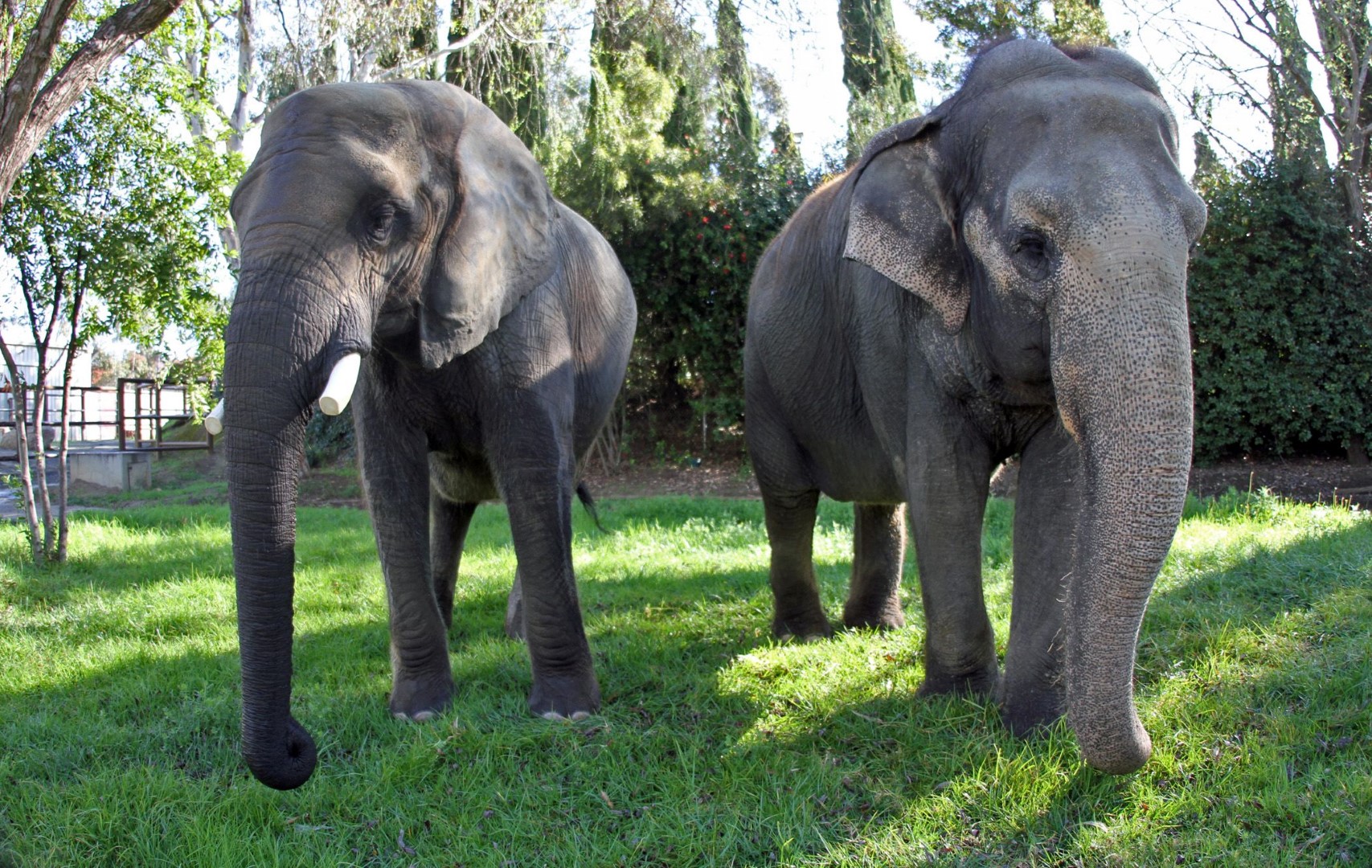 Wildlife Safari had exhausted its budget obtaining Moja in October, another elephant that came to Oregon. So Six Flags gave Wildlife Safari the new elephants for free and paid for the shipping costs. An elephant can sell for $275,000, Wildlife Safari Executive Director Dan Van Slyke said. “For Six Flags, it was about the reunion,” he said. “You don’t see that a lot in big corporations.” Nick Way, the elephant supervisor at Six Flags, agreed. “For us, it was financially not the best decision (to gift the elephants), but it was best for the animals,” Way said. “We could have split them up to sell them, but we wanted to keep them together.”

We’re very glad to see another act of this by Six Flags. After the move of Shouka, so she could live with other Orcas at SeaWorld San Diego, Six Flags is yet risking financial situations by choosing for the animals’ farewell. The remaining elephants that guests find at the park, are owned by outside organizations, and are on loan at Six Flags Discovery Kingdom for the remainder of the season. 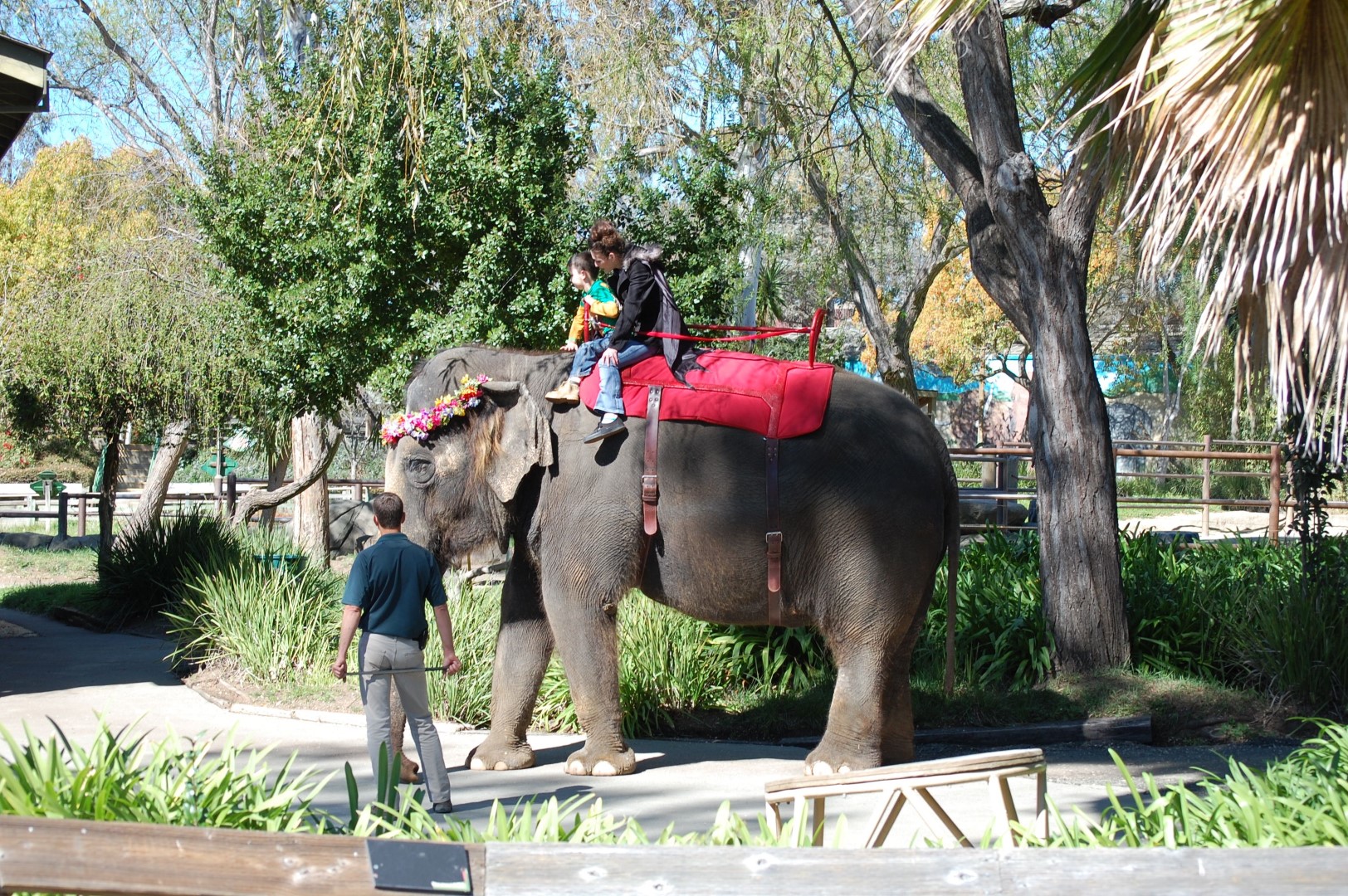 Kong is still running one train, which we have kind of gotten used to at this point. Though it should be running two trains this summer. (Artsy-focus shot). 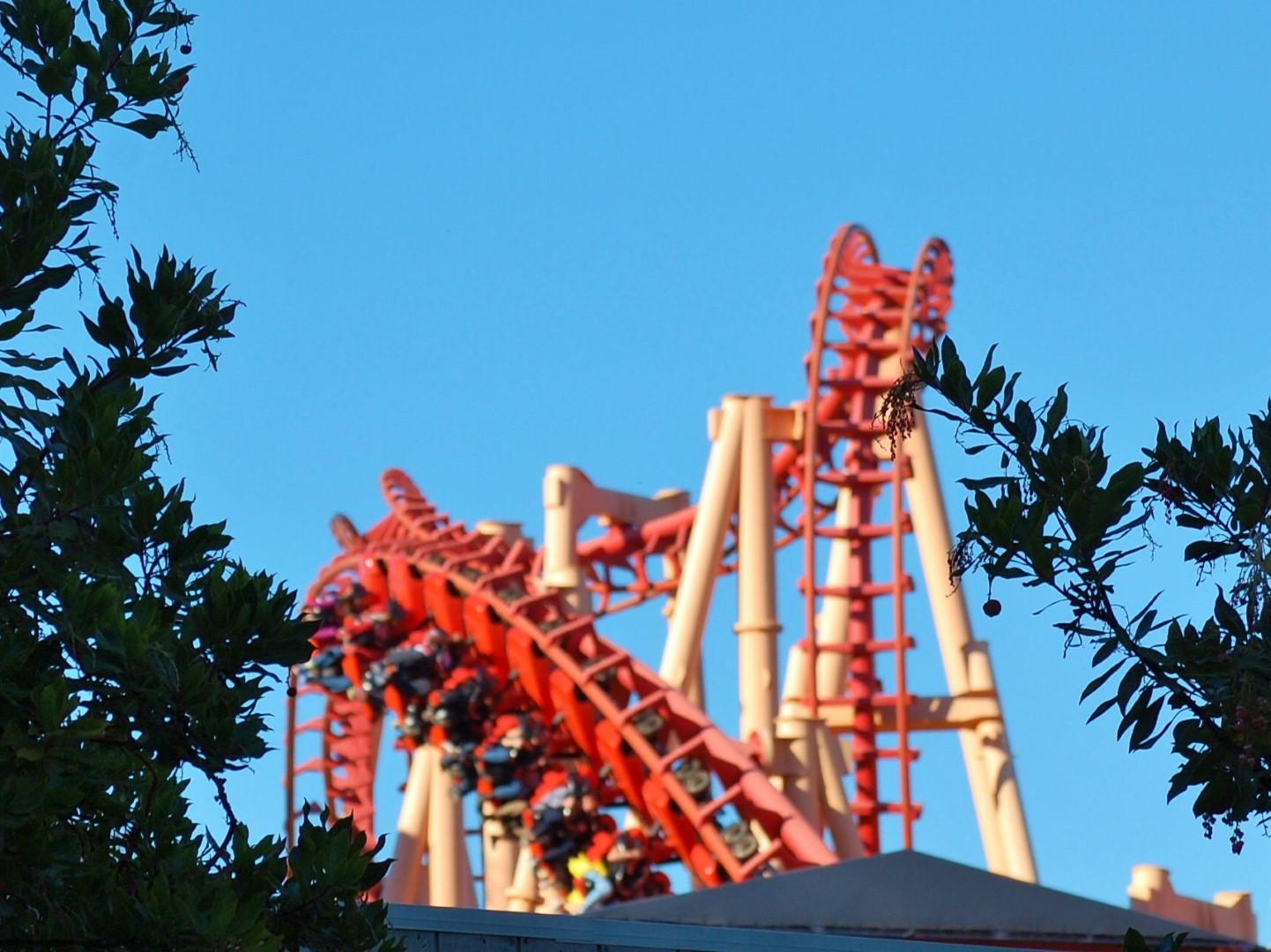 Medusa was running one train these past few weeks, however it is back to two train operations. 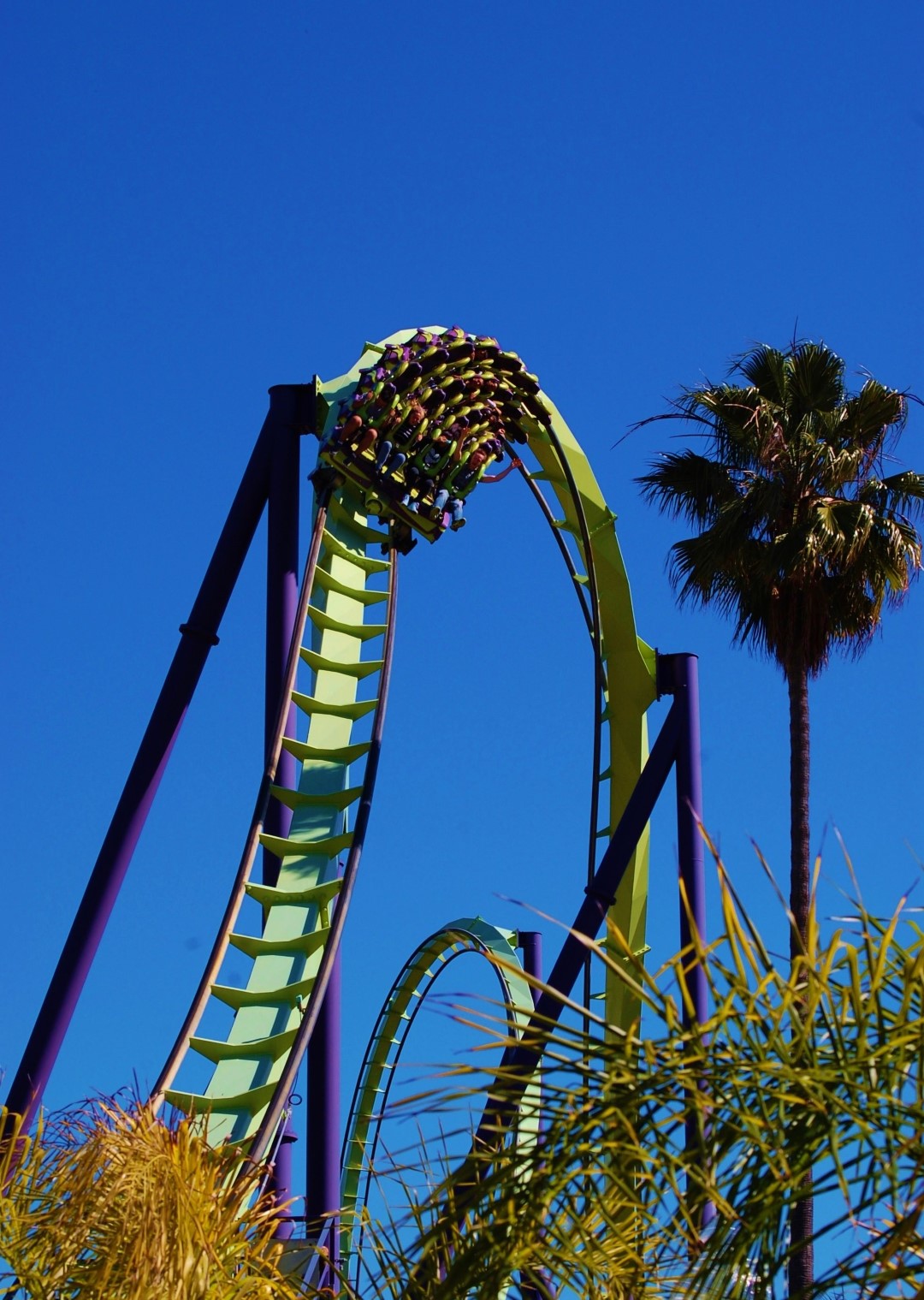 The park has been advertising some of the deals they’re offering. Ads for season dining passes and shopping passes are everywhere. 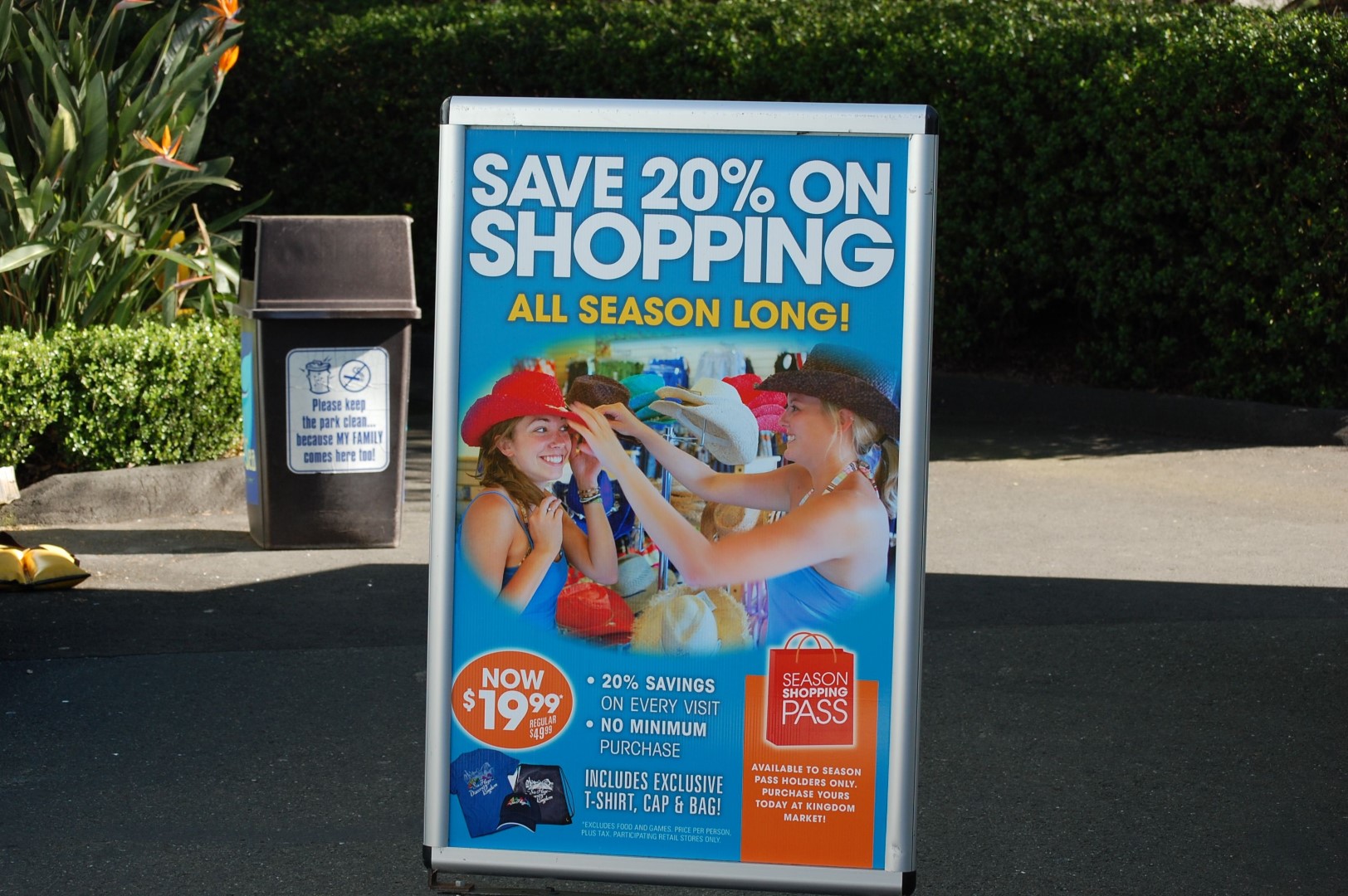 The park is also doing some heavy promotion for their Spring Break event. 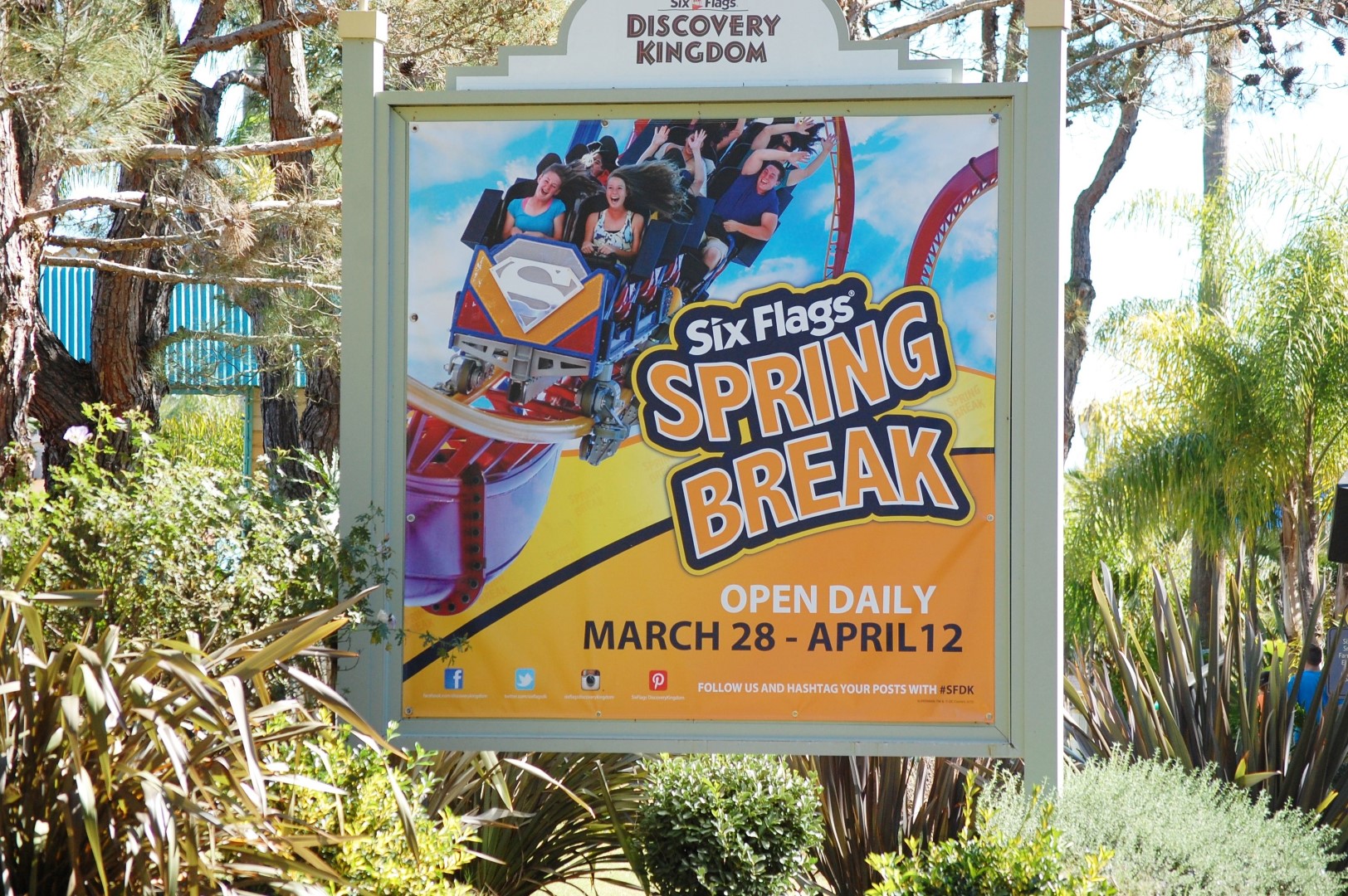 I don’t know if it’s just that crowds are returning to the park, or that they have been having issues, but a lot of these have been popping up.

There are still some Holiday in the Park lights up, but at this point it’s very minimal, and you wouldn’t notice if you weren’t looking for them. 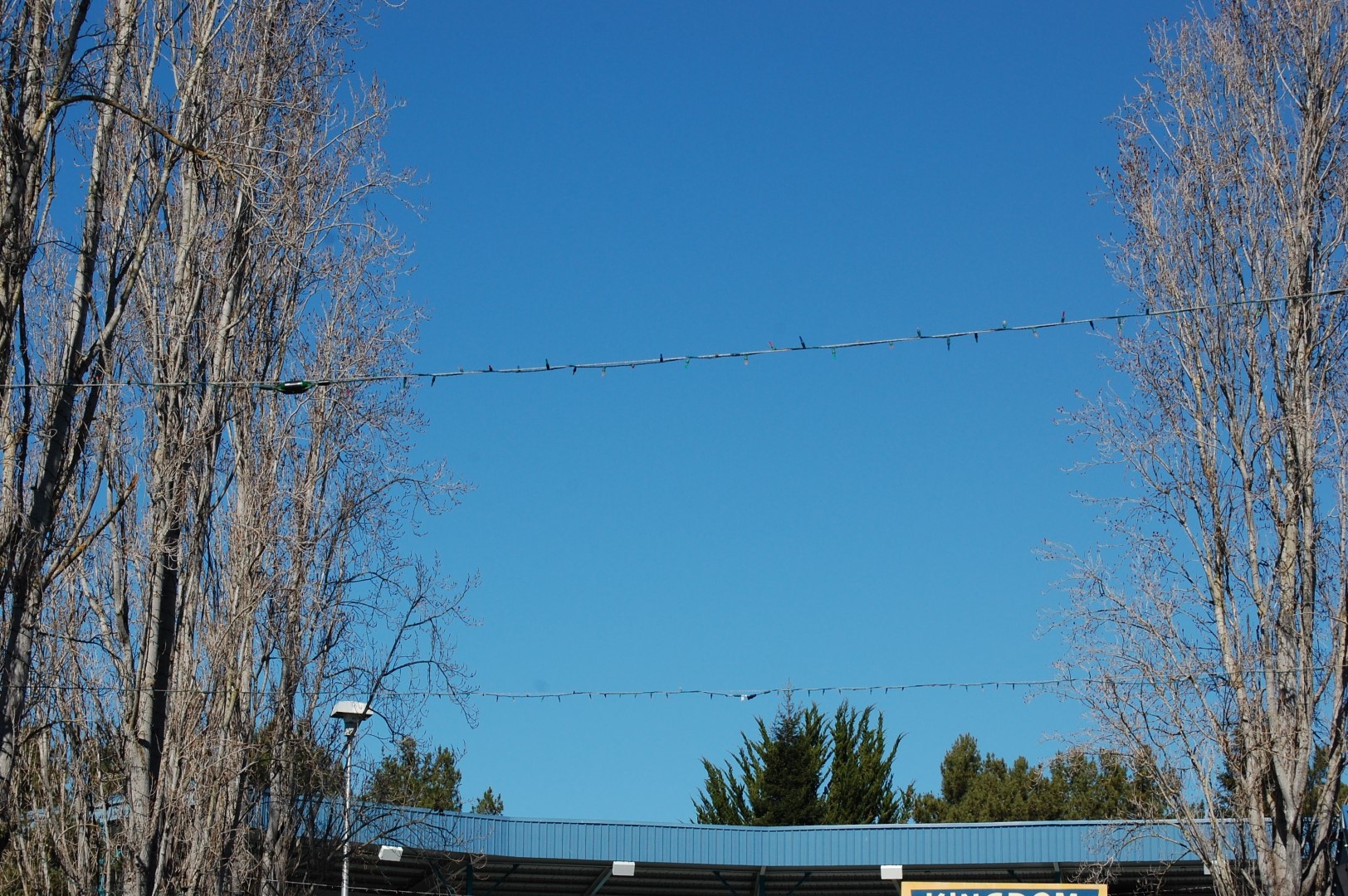 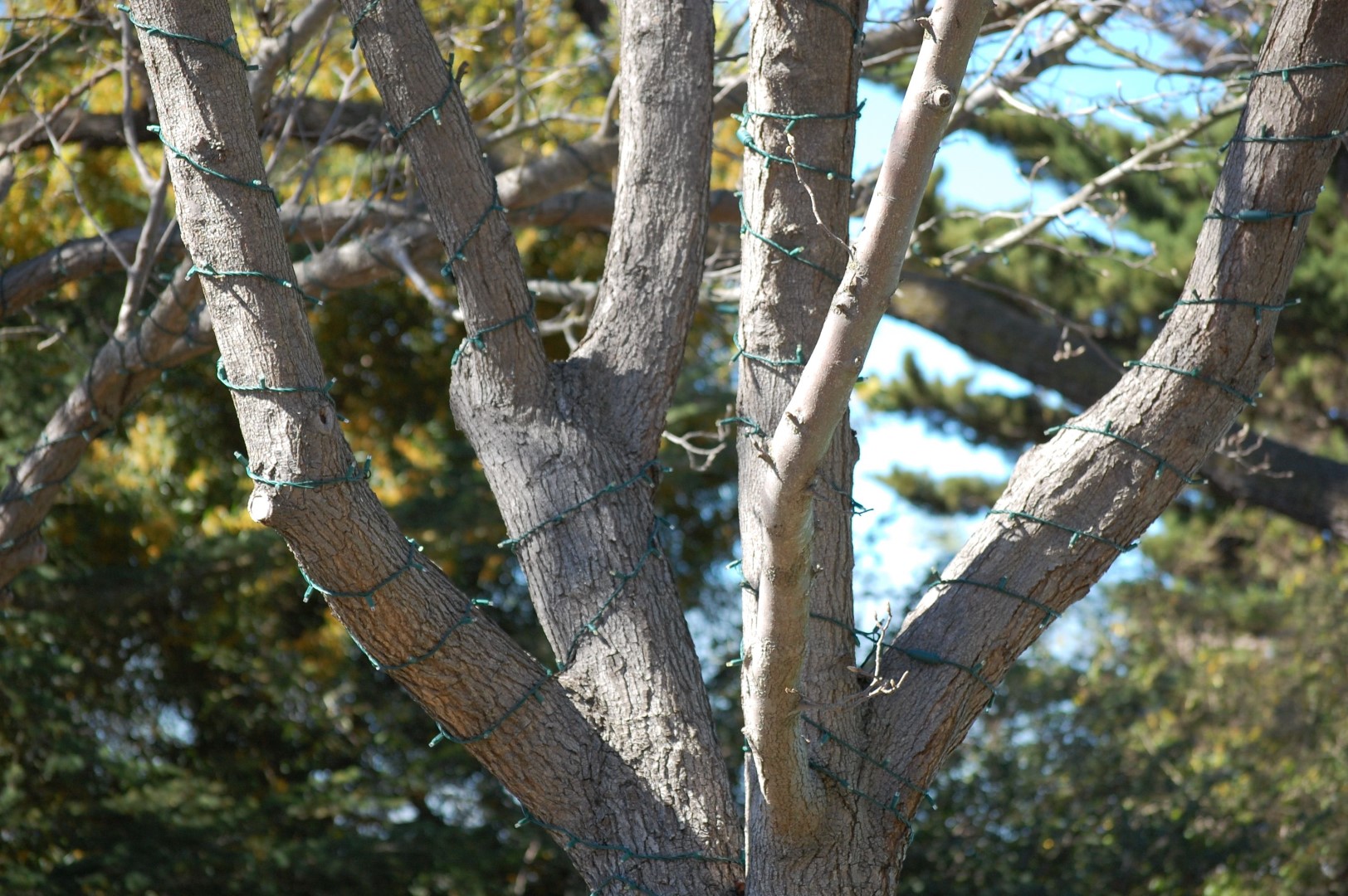 There’s a lot of construction going on in the park. The wolf habitat has tarps up. 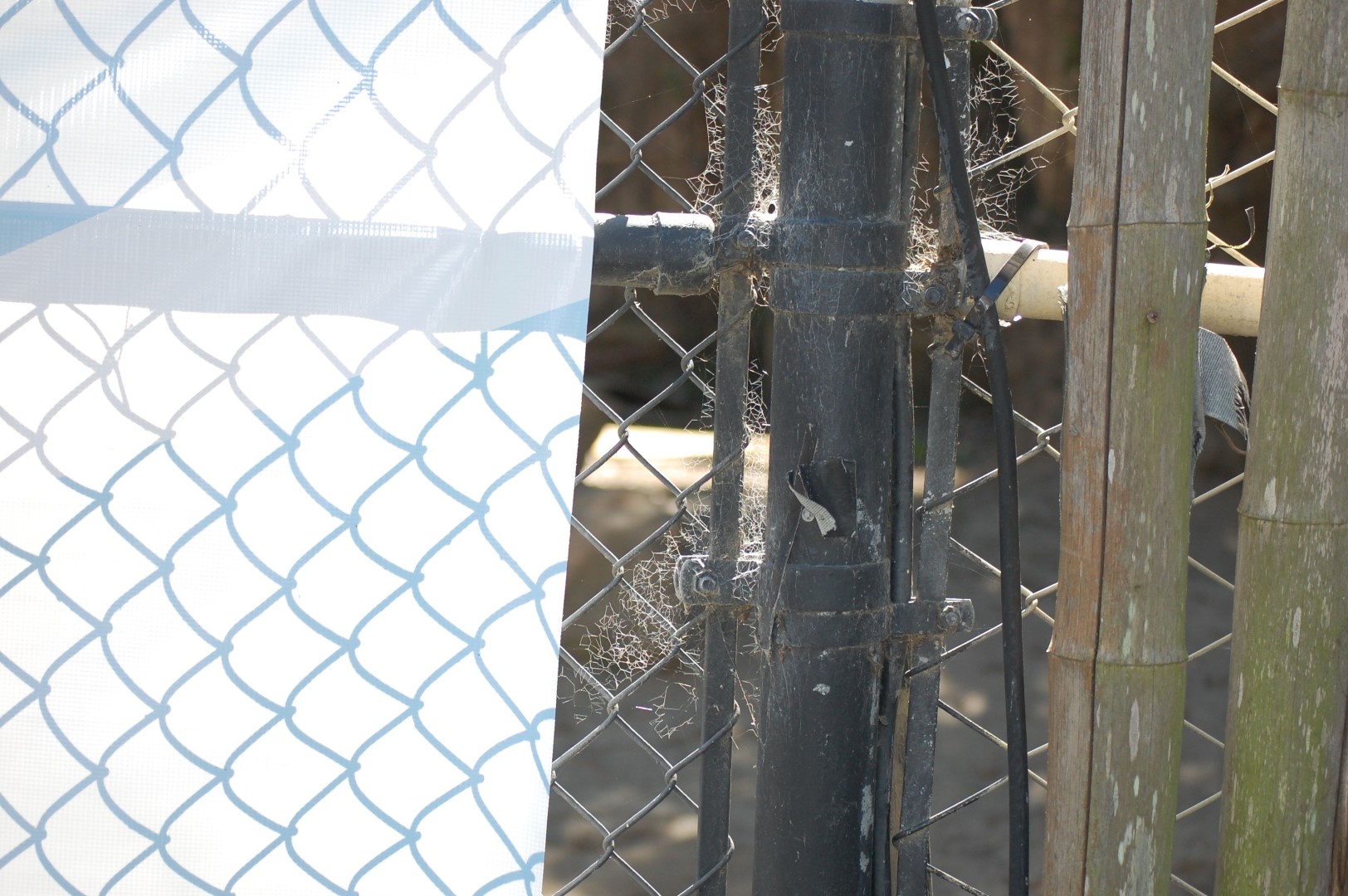 It’s a little hard to see, but there is some sort of huge wooden structure going up back there. It’ll be interesting to see what that is. 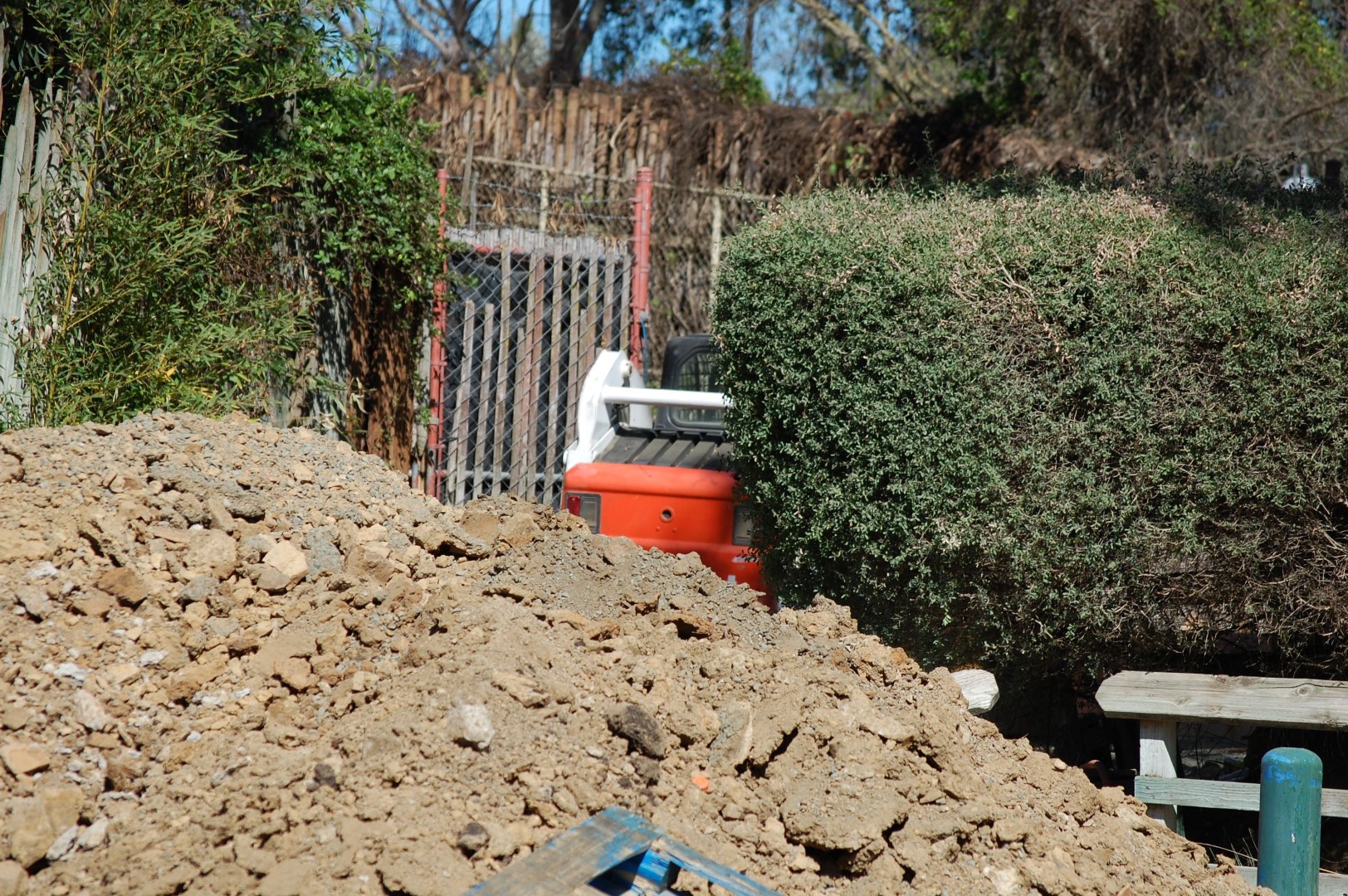 There are also construction walls up in front of the Wildlife theater. There is a large mound of dirt, a bobcat (not the animal), and a air compressor, so we shall again have to wait and see. The proximity of these two construction sites however does suggest that the construction is related. 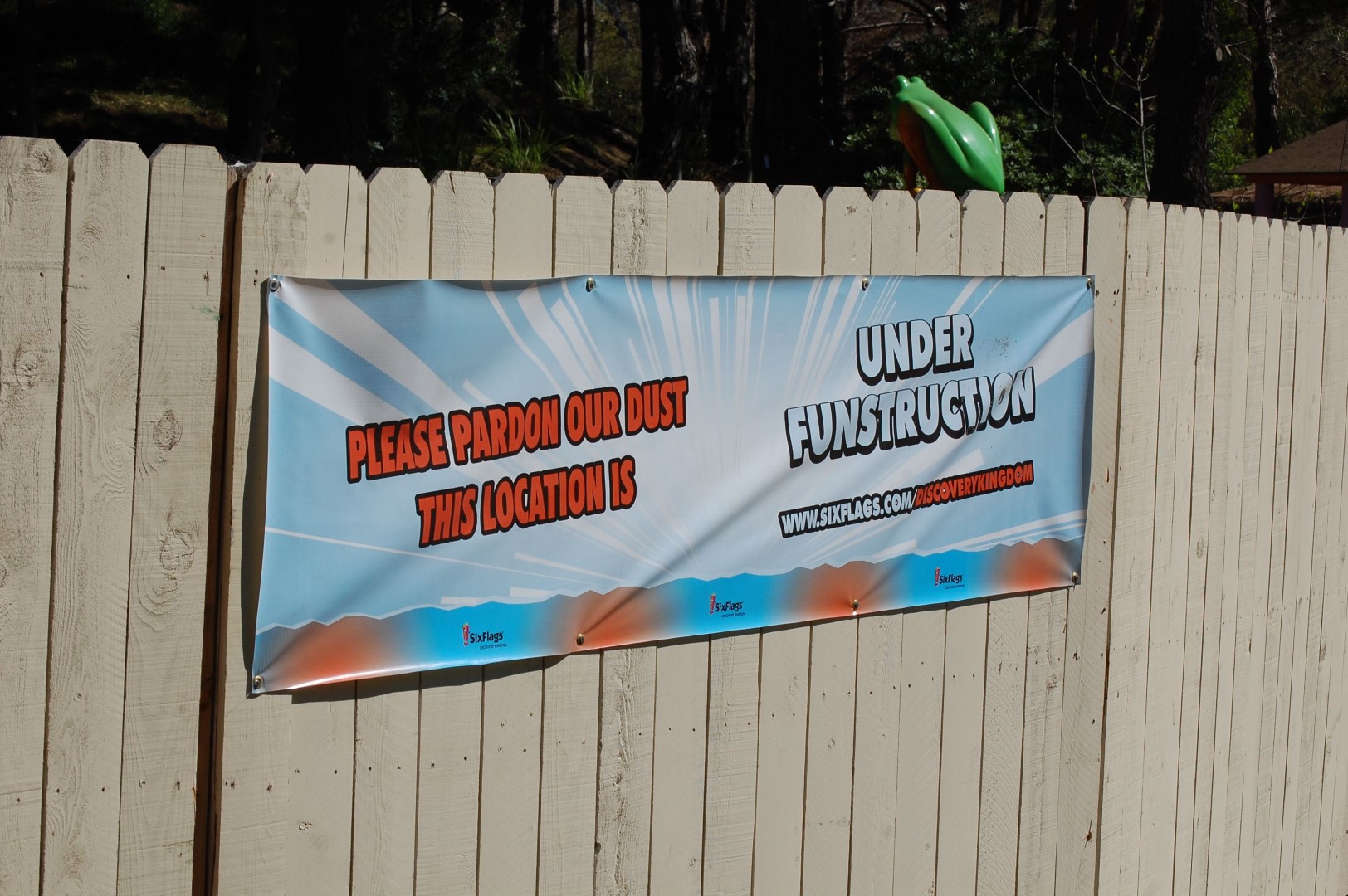 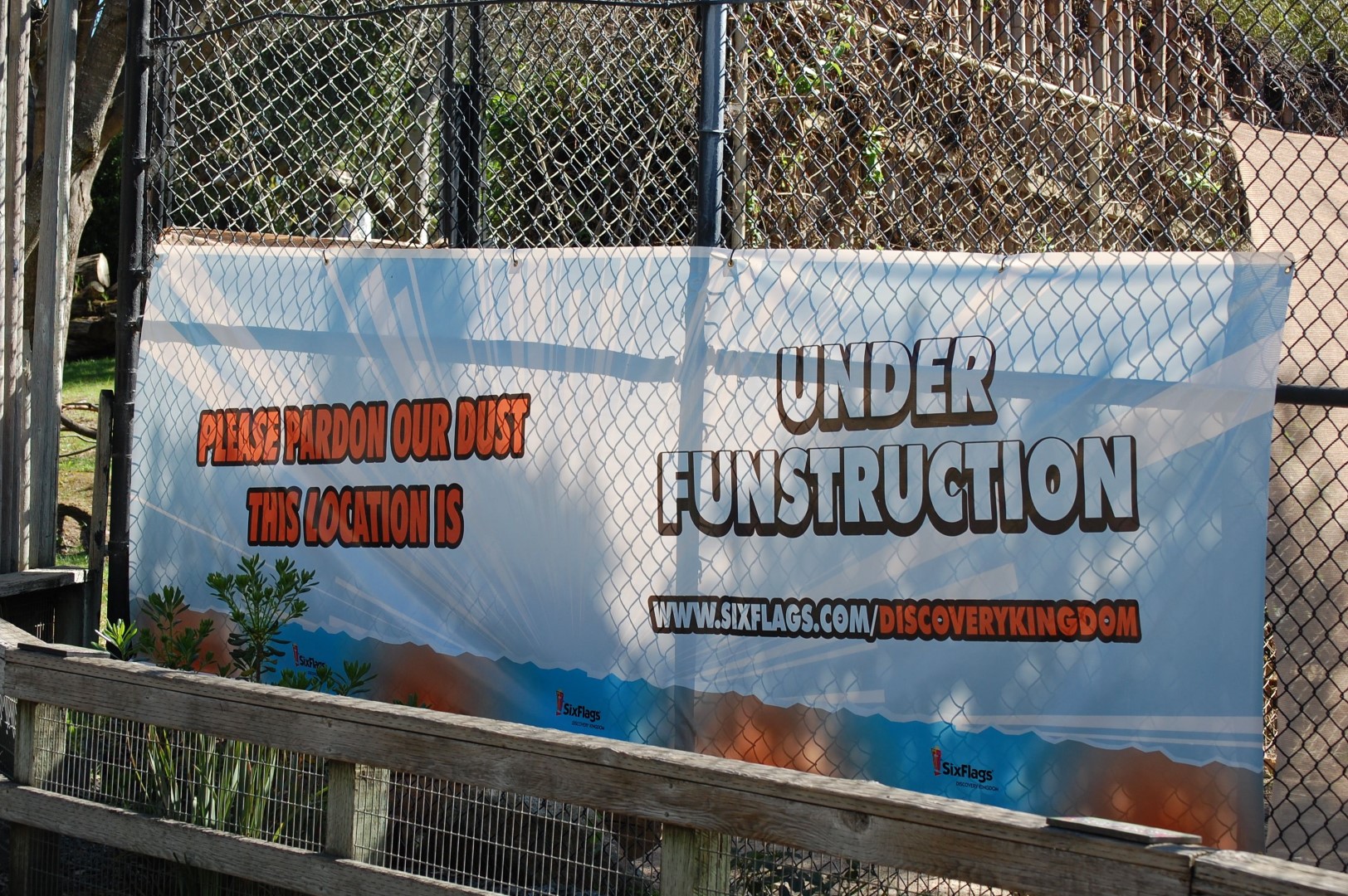 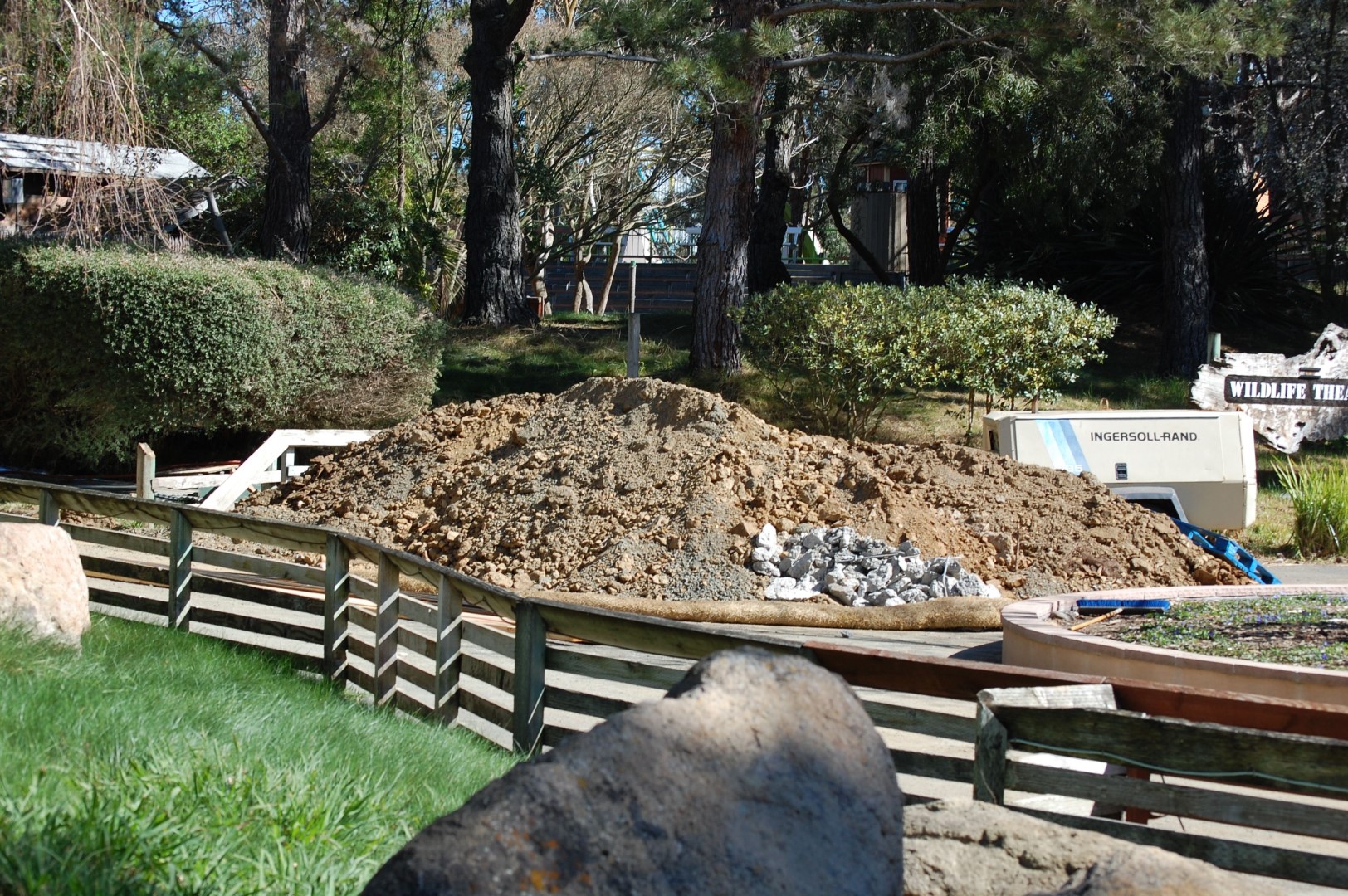 The Sea Lion Theater is also still under construction and will be receiving a new show come spring time. 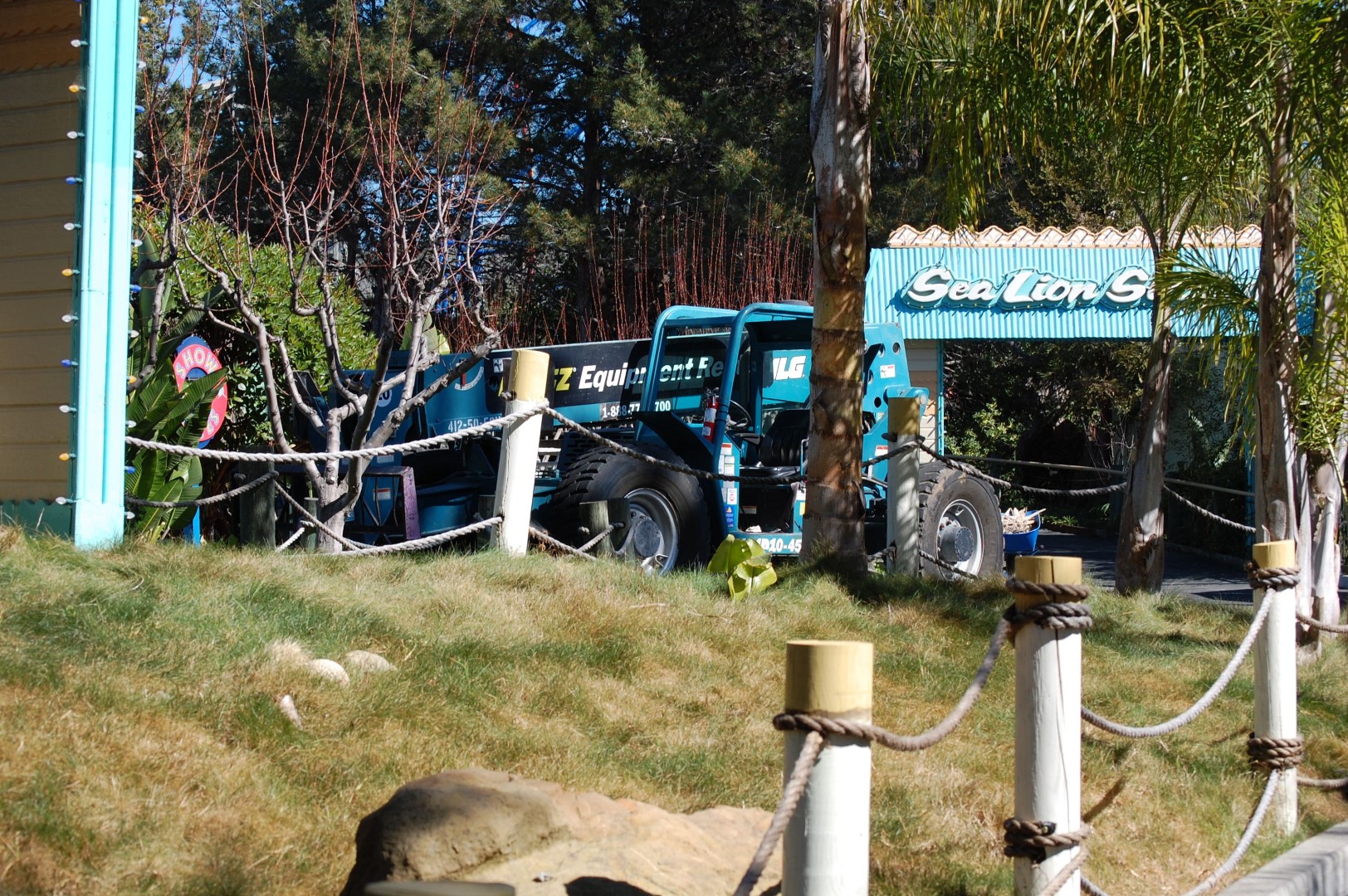 There’s an excavator so we can tell some major work will be done. We can’t wait to see what the park has up their sleeve for this new show. They’re building a new background for the stadium, which is what that plywood structure is. 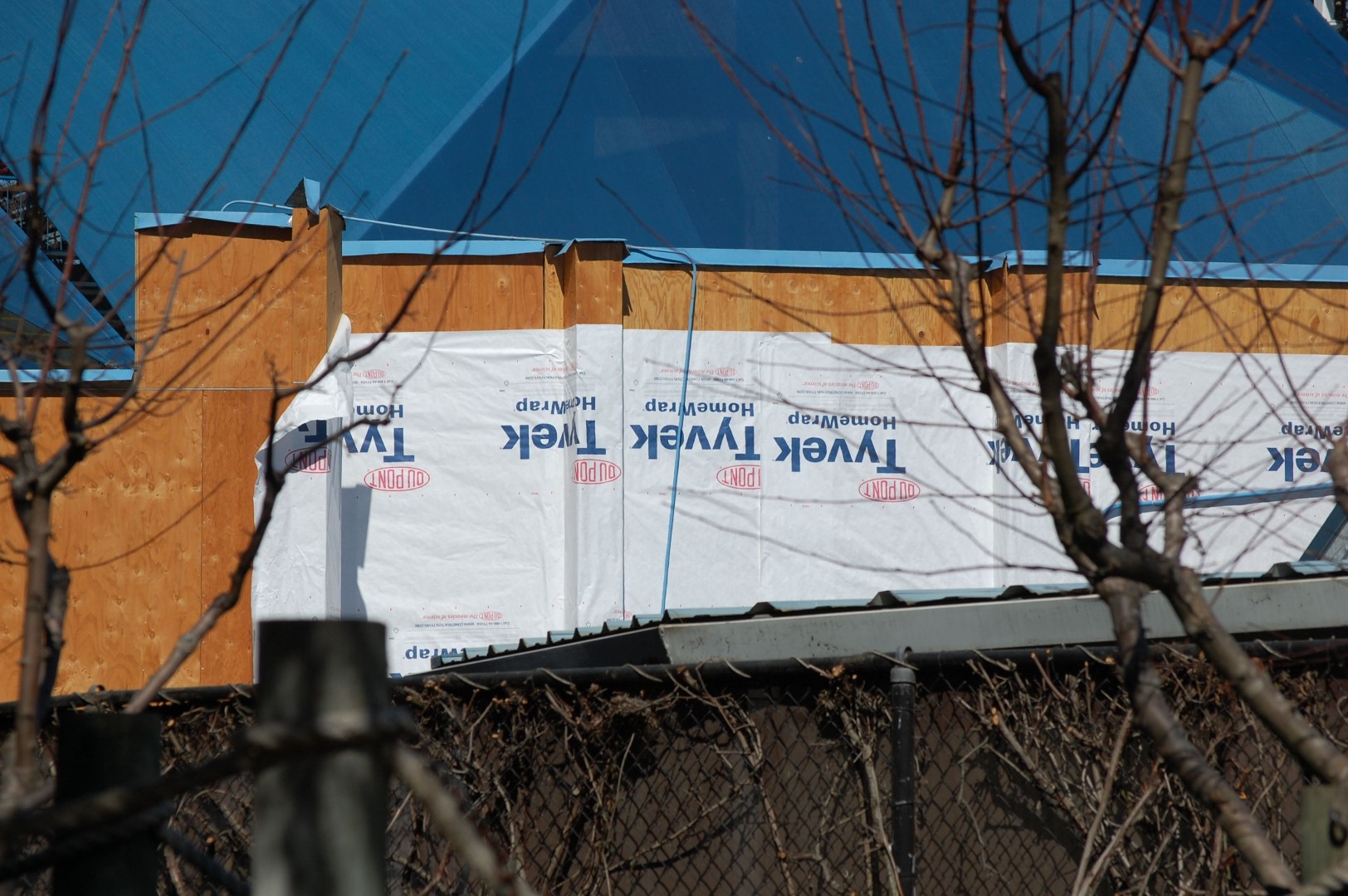 Lastly speaking of construction, how about Dare Devil Chaos (not a) Coaster! Well, maybe construction isn’t the right word, let’s say… indication of future construction, haha. There’s all sorts of ads for it around the park, every single one of which say “Summer 2015”. I’m sure we’ve said it before, but don’t these rides go up in a matter of days at county fairs and such? An entire operating season seems ample time. 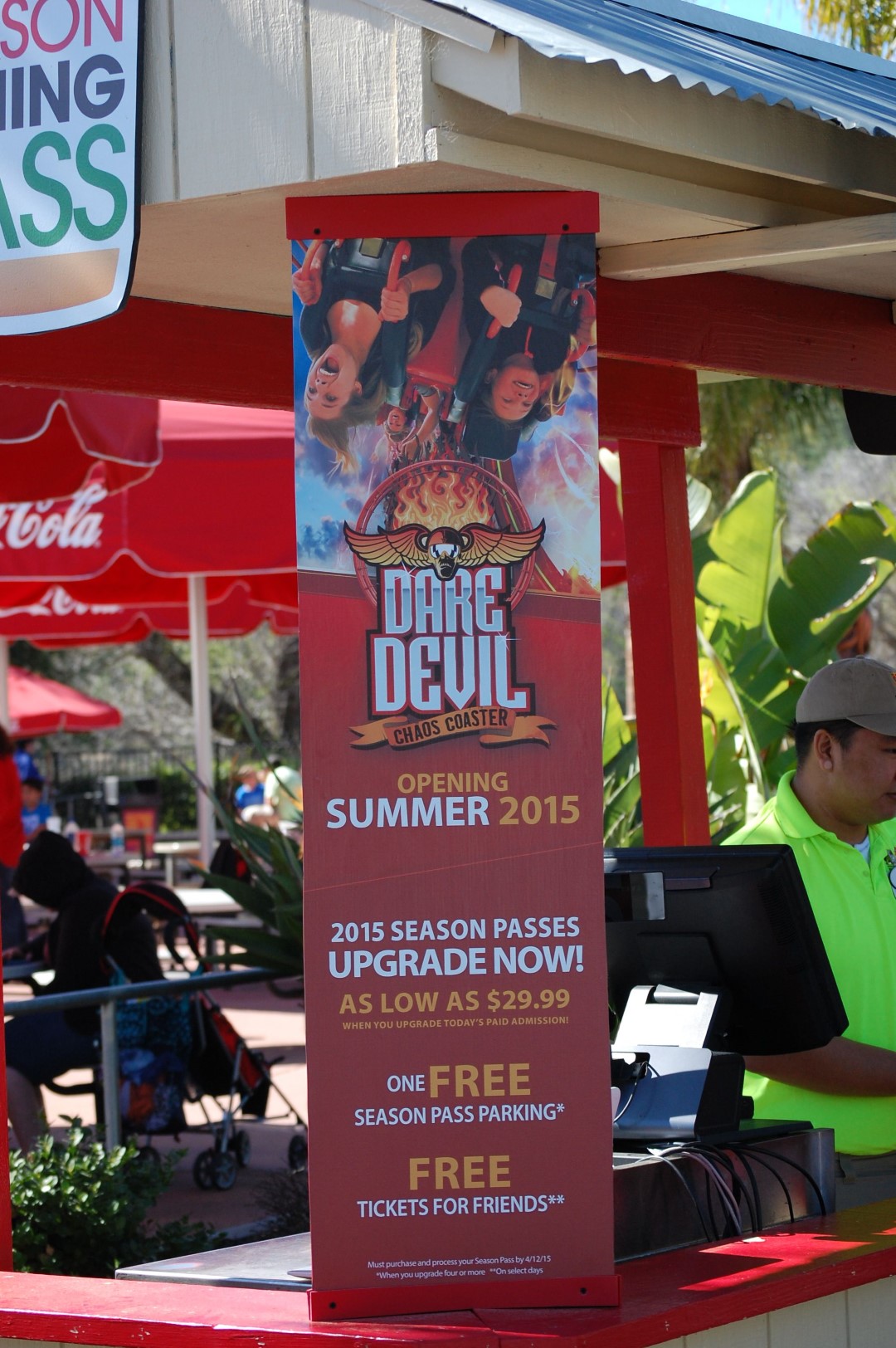 It’s even on the park’s directories. 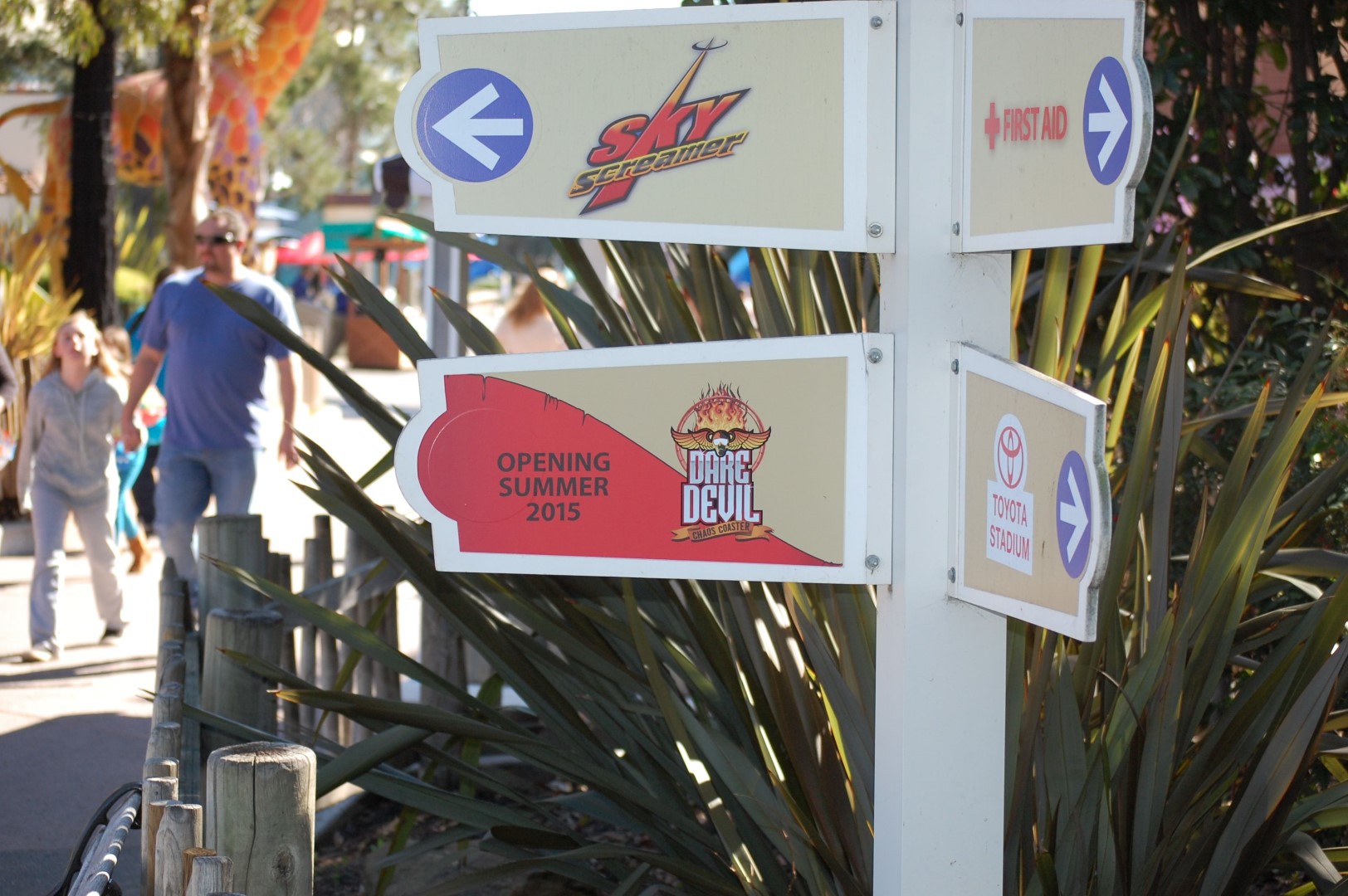 The Season Pass Processing Center has been moved to the Explorer’s Outpost, while its former building (where DDCC will be located) has a construction wall built around it. 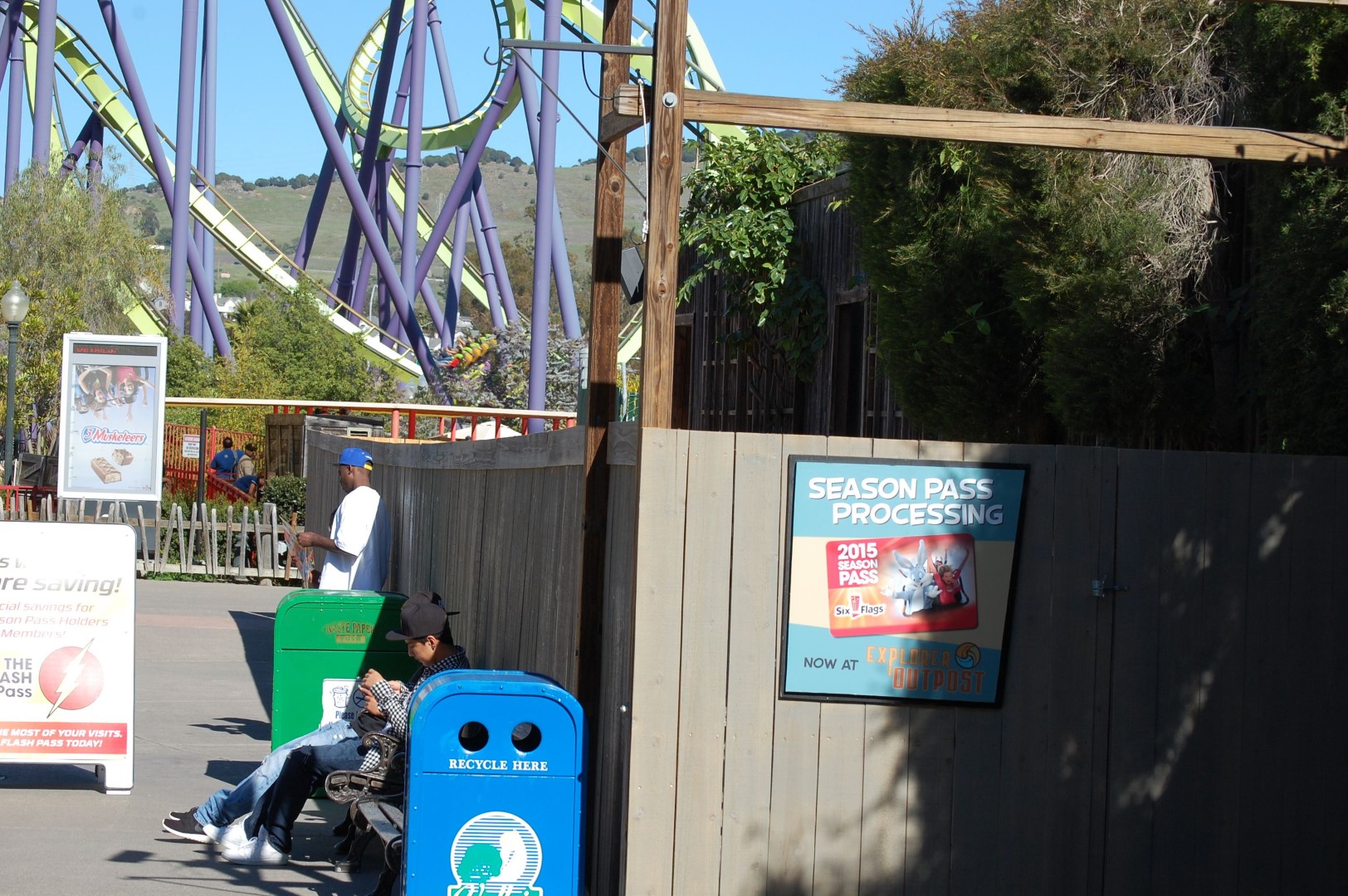 That’s it for us today. Make sure to check out all our other coverage of the Bay Area parks such as last week’s Santa Cruz Beach Boardwalk Update! Also check out our brand new Universal Studios Hollywood Update from the same day! Or… our brand new Twisted Colossus and Scream! Update.

So what are your thoughts on this update? On Dare Devil Chaos Coaster? Comment below, let us know!