Another day, another major development with the Jurassic World roller coaster coming to Universal’s Islands of Adventure in Orlando, Florida. Every website is busy attempting to catch the latest news and developments regarding the project, and thus we decided to not just try and bring breaking news, but also to offer a large selection of pictures of the new ride. Join us for tons of pictures, dinosaur statues, the last piece of track, and the ride’s trains:

Today (August 24th, 2020) we took a trip to the park with our camera equipment with the purpose of creating a catalog of Jurassic World Roller Coaster pictures for you guys, it also happened to be the day that an important piece of theming was lifted into place:

We also noticed that the last piece of the ride’s track (leading into the brake run) is stored behind one of the attraction’s maintenance barns, along with the ride’s trains that have just arrived: 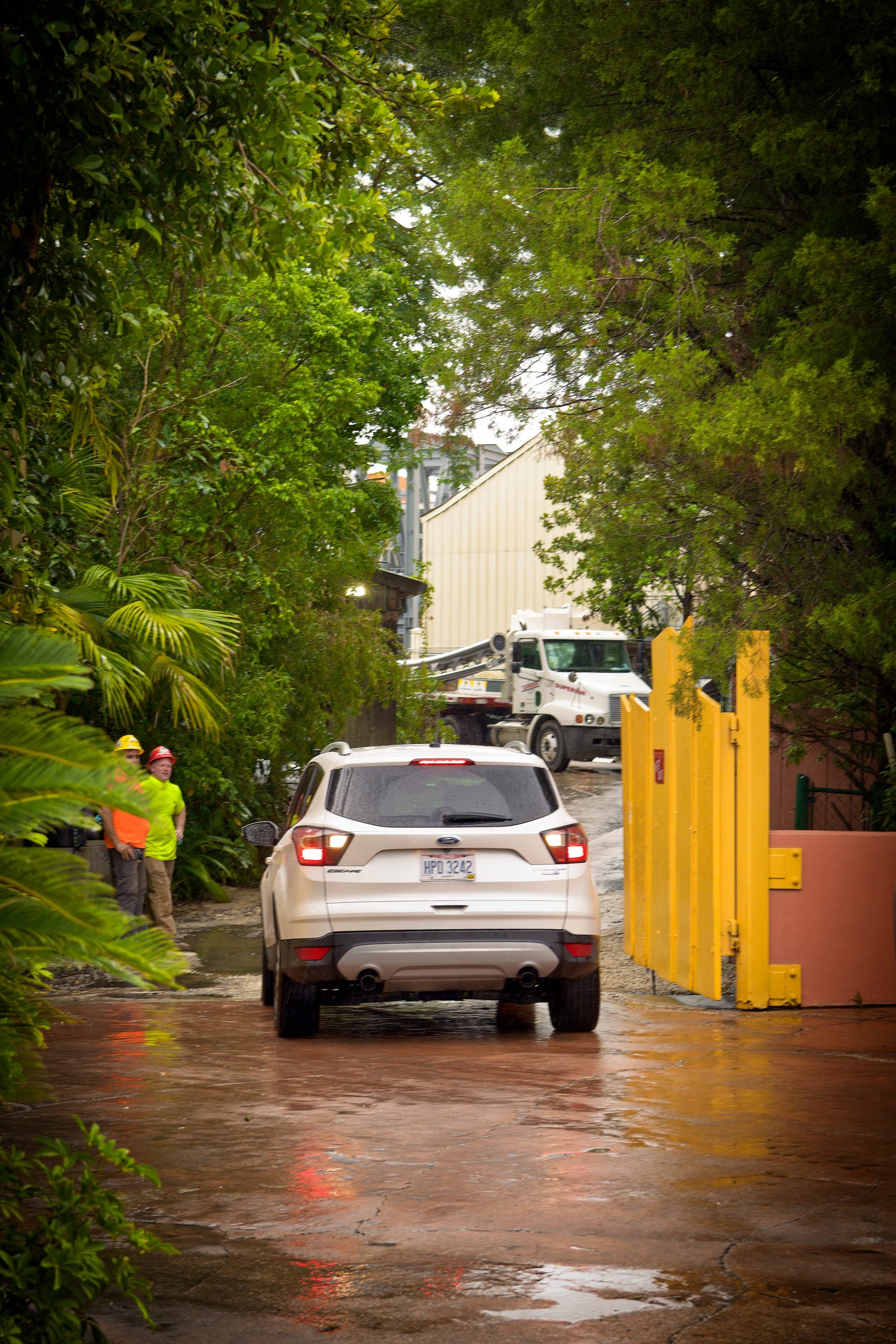 Due to the large volume of pictures we’ve got ready for you, we’re going to split this report in two sections! This page will have most of the new developments and the mass amounts of theming on the midway side of the ride. The next page (just click on page 2 at the bottom of this page) will take a look at the beautiful second half of the ride that includes some amazing looking elements. I hope you enjoy the pictures! 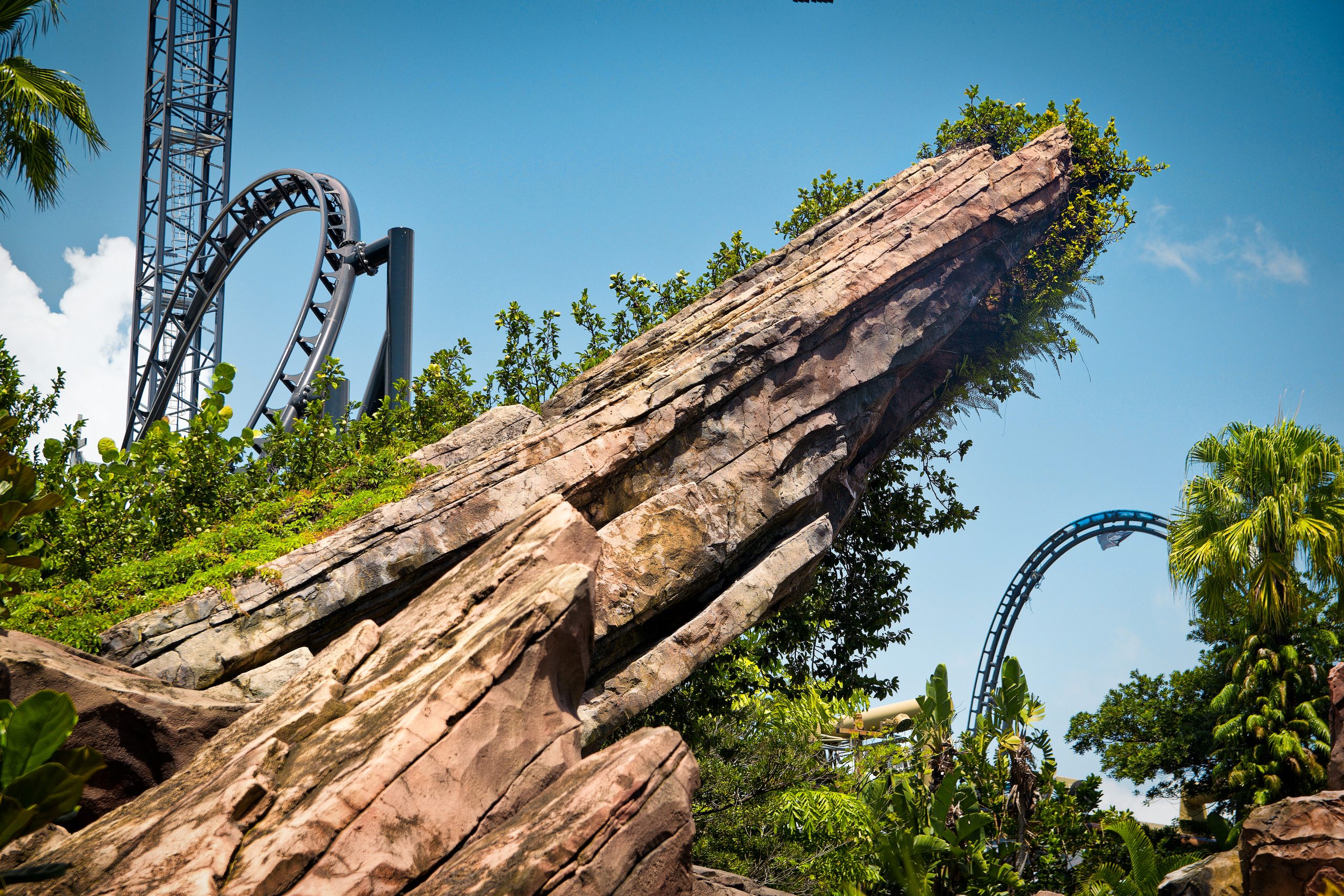 The midway side of the project, the first half of this Intamin Blitz Coaster, features a ton of theming which is mostly likely themed to a raptor enclosure of some kind. That’s the exact spot where the raptor statue seen above, was lifted into today: 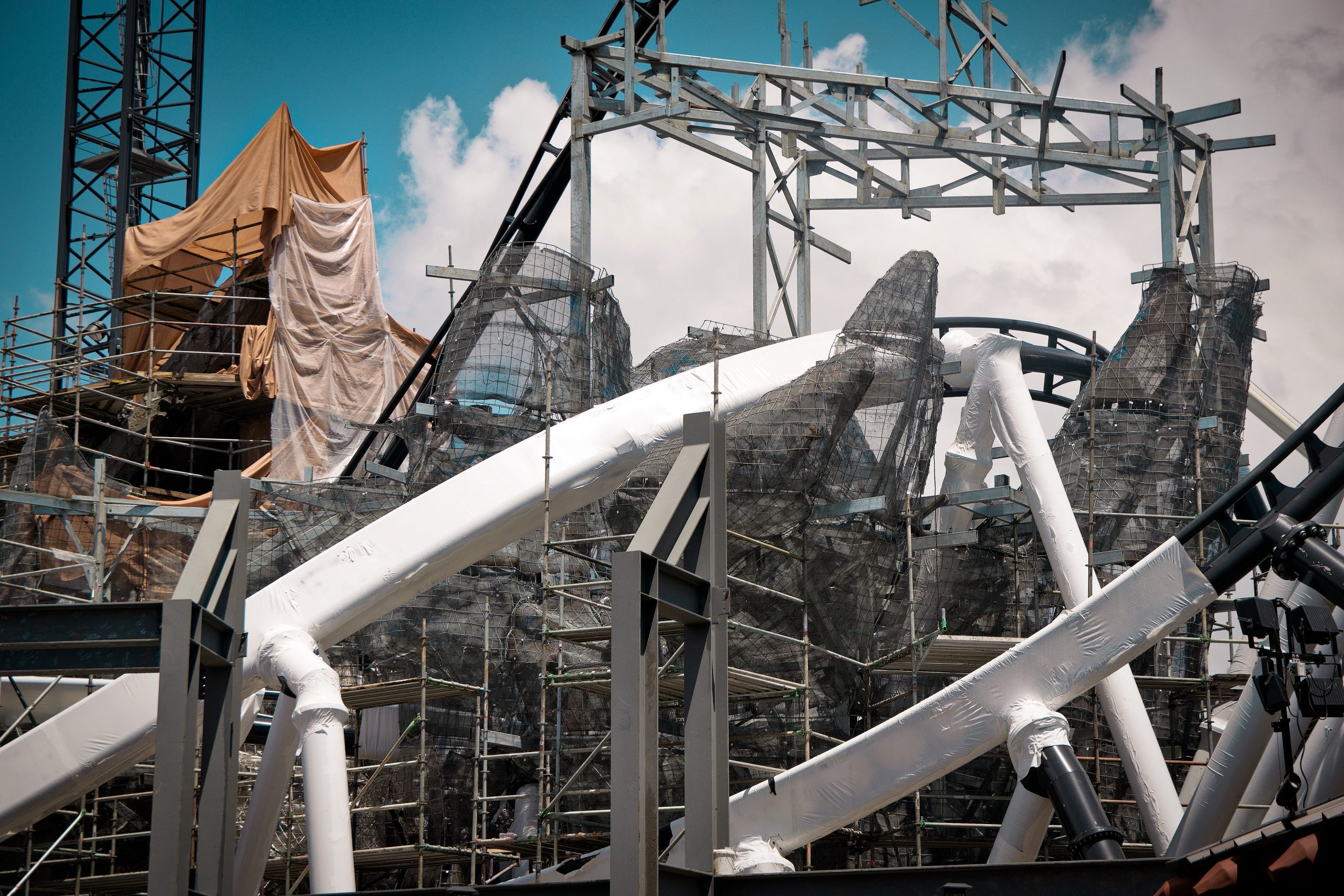 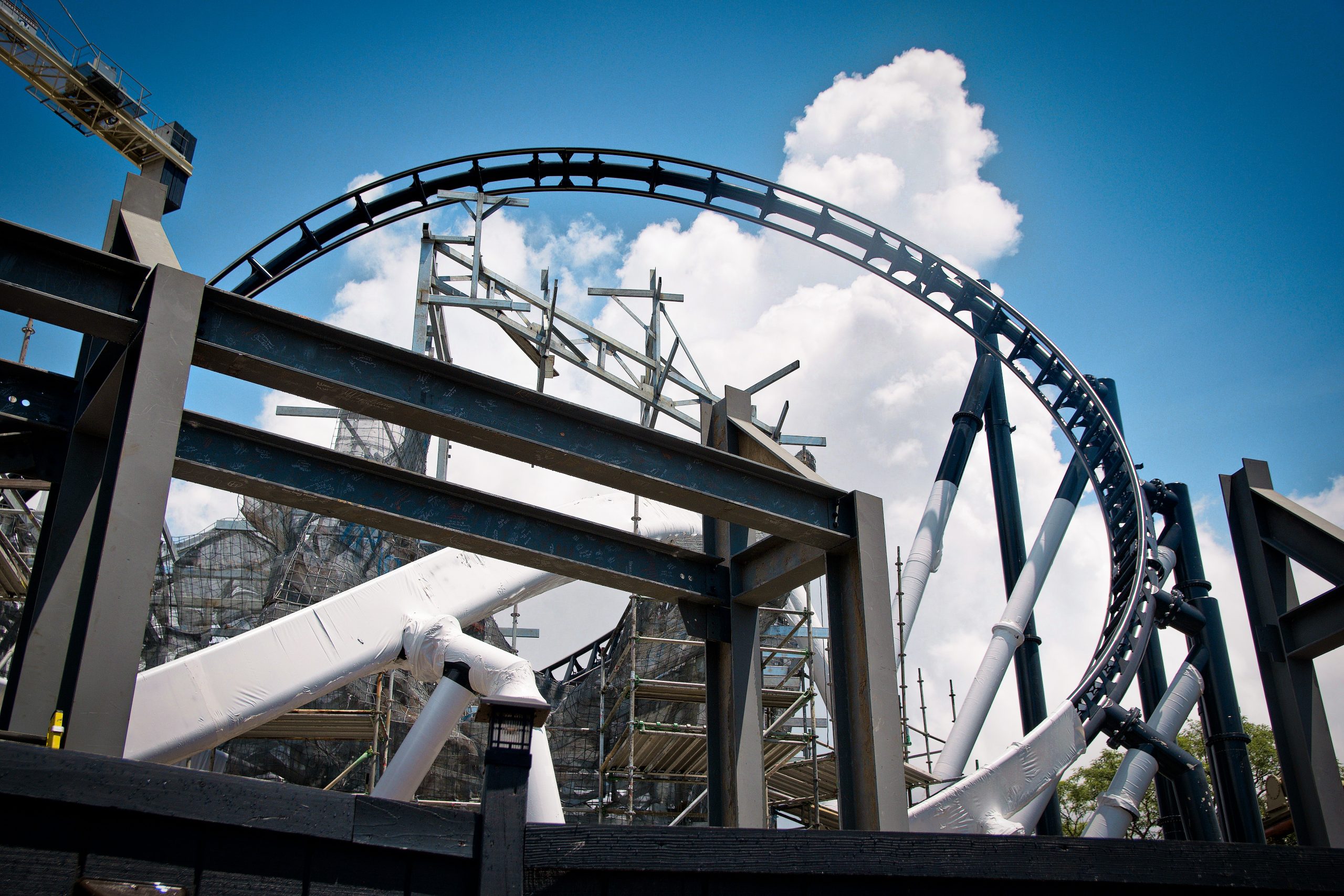 This area of the ride plot has the best theming and some great rock work. Looks like the walls going around the exterior of this will match those of the new Raptor Encounter just across from the coaster. 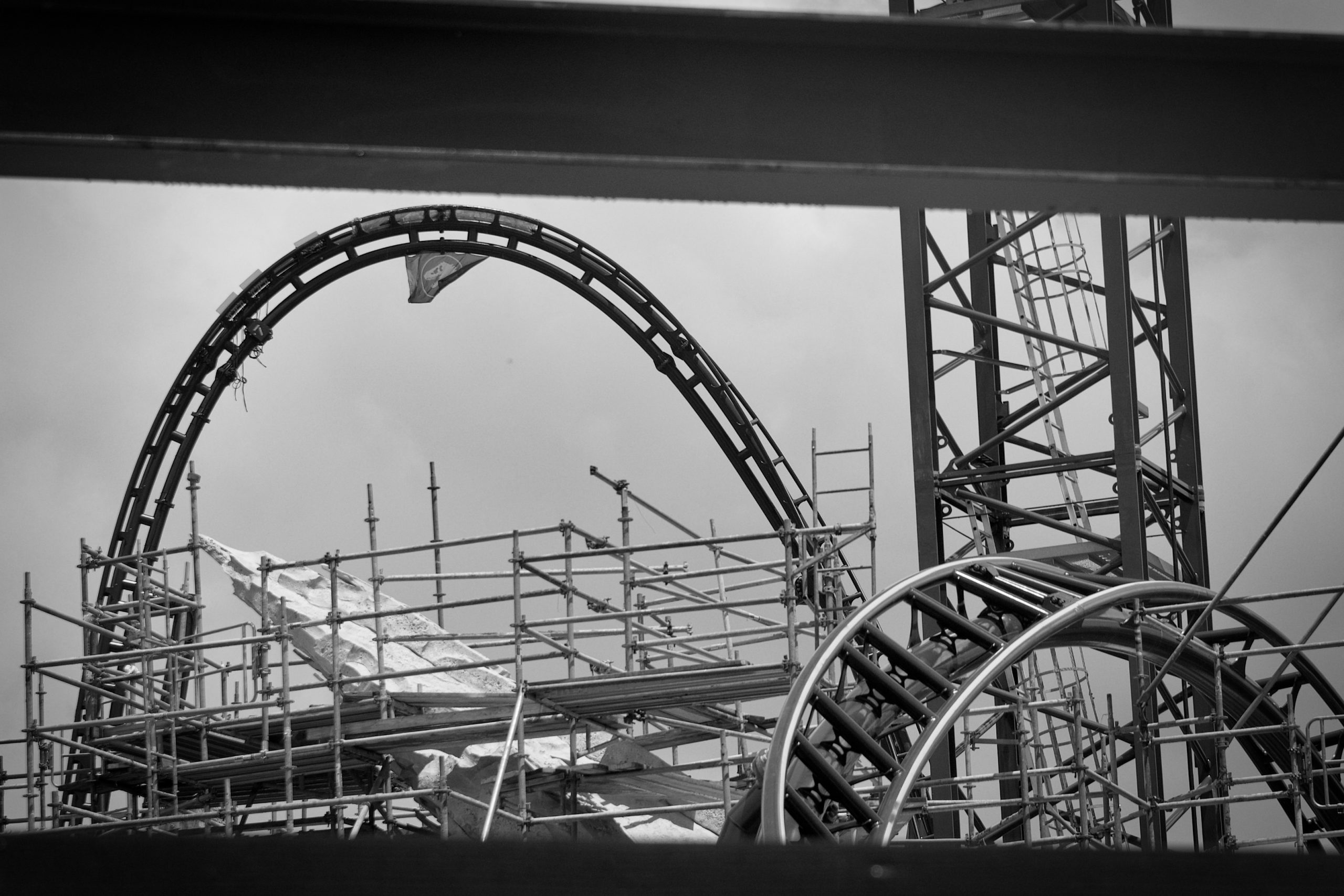 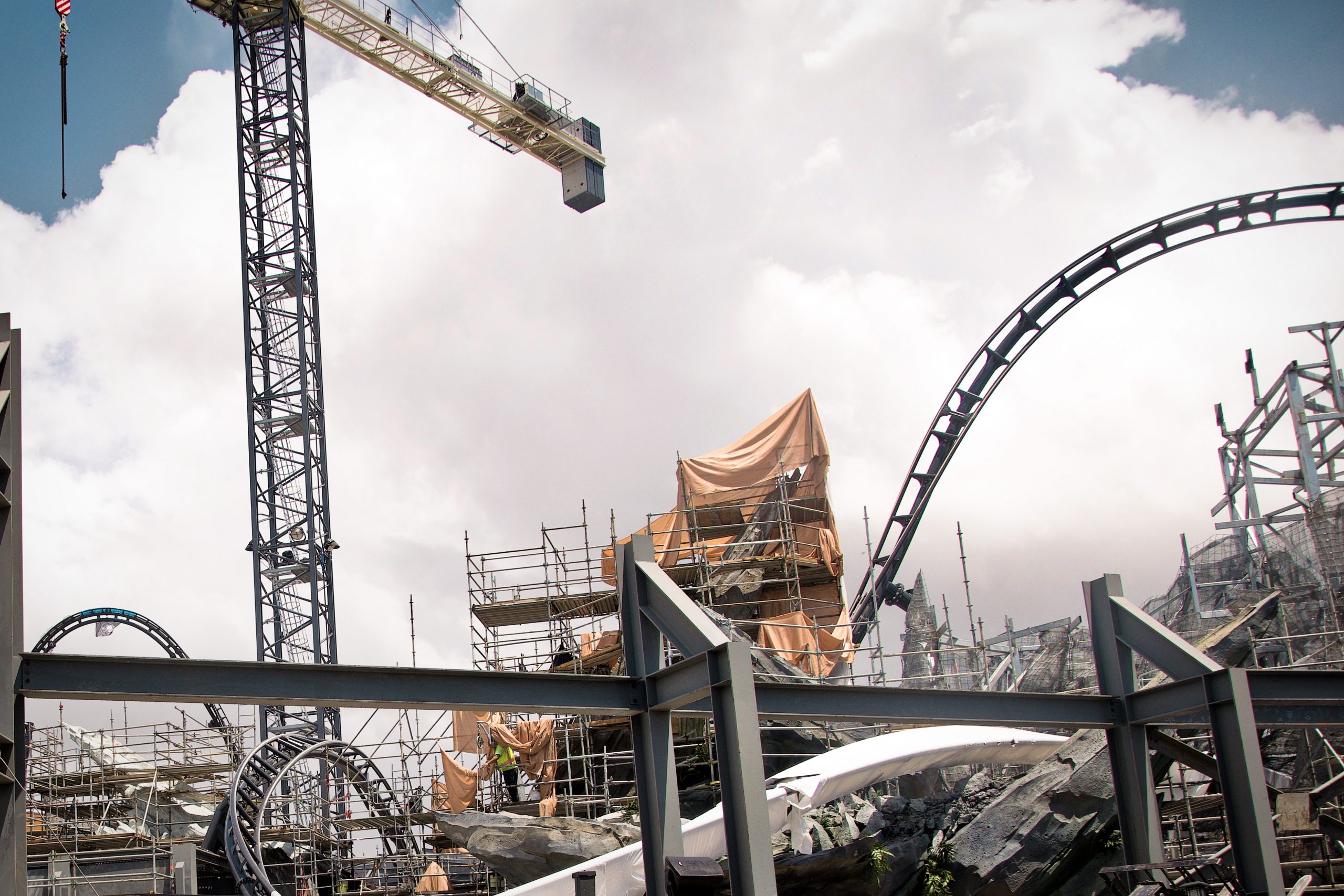 The ride’s first half consists of two major inversions: an immelman and a dive loop. 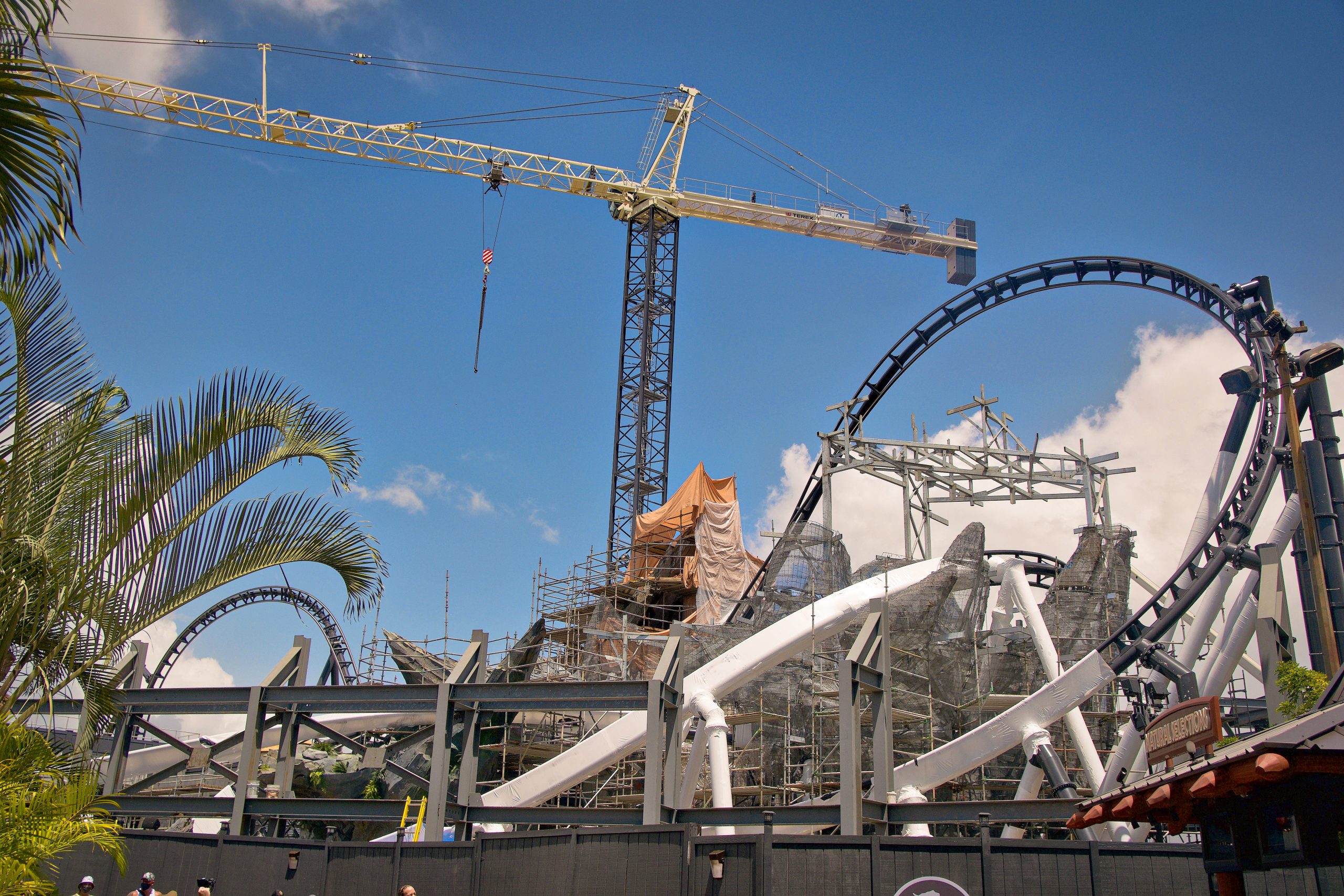 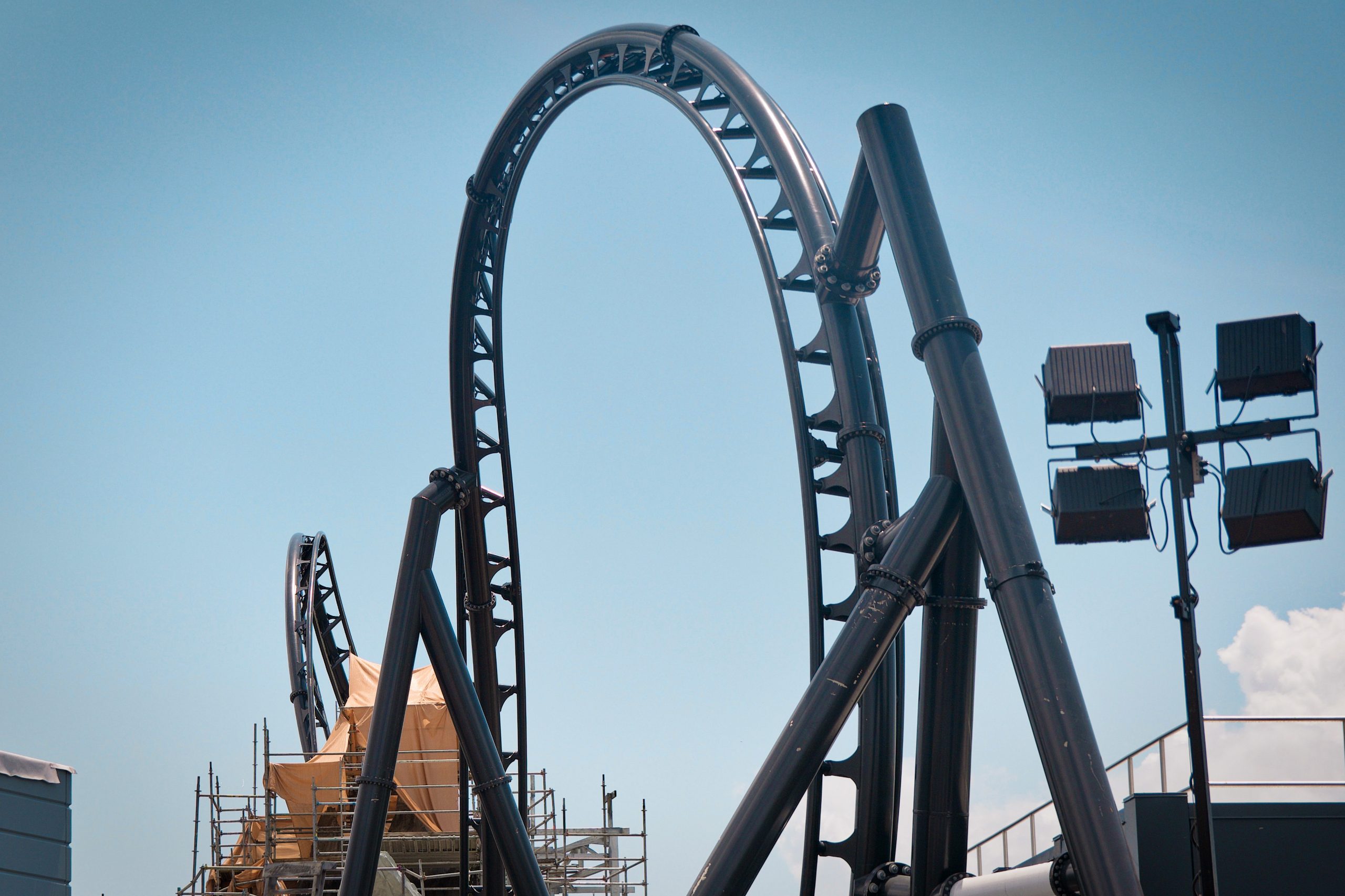 Jurassic World roller coaster’s second half looks to be even more promising, with coaster elements that have hardcore coaster enthusiasts drooling. The first element of the 2nd half is top hat; it’s a powerful emblem of the yet-to-be-announced coaster from several spots around the park: 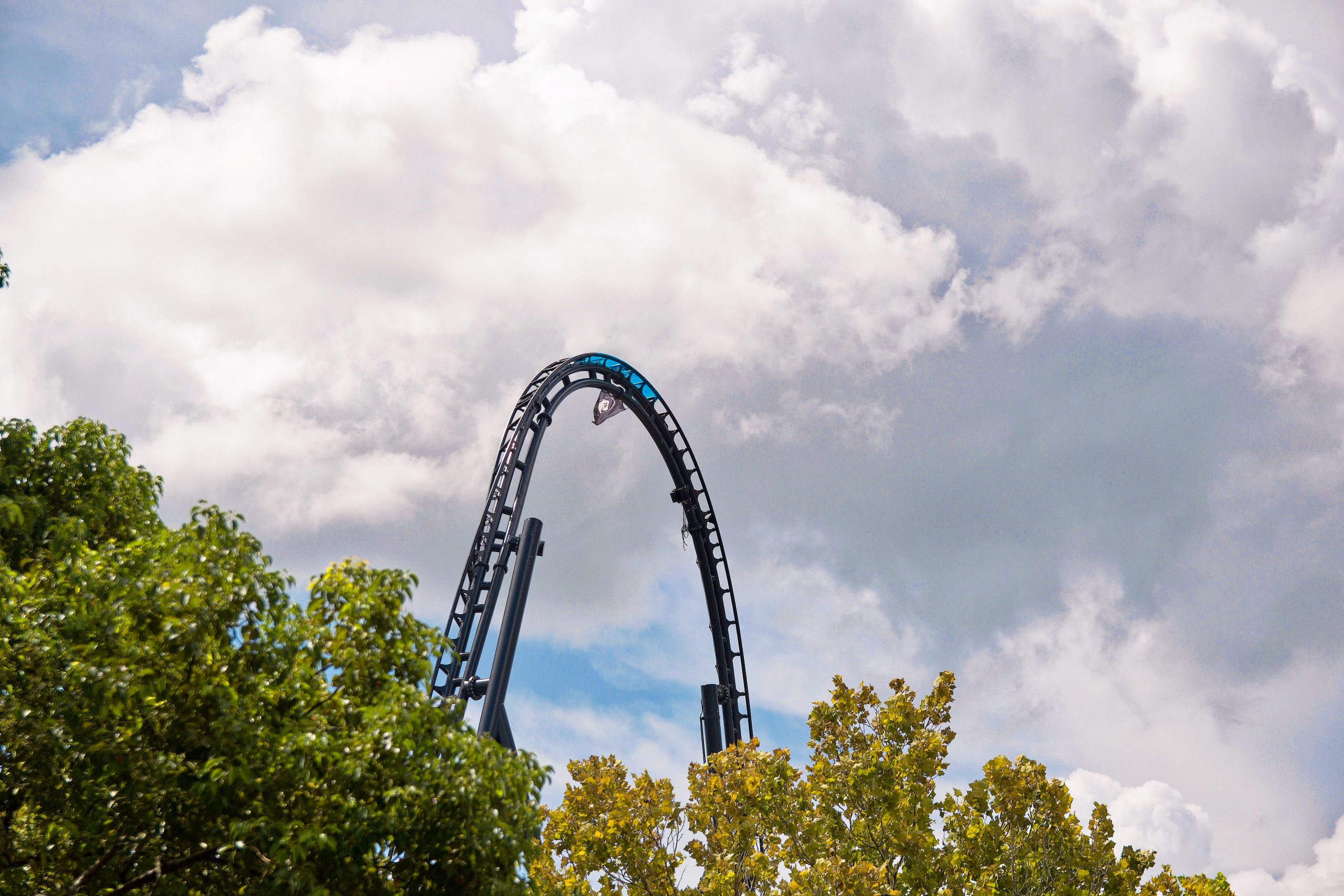 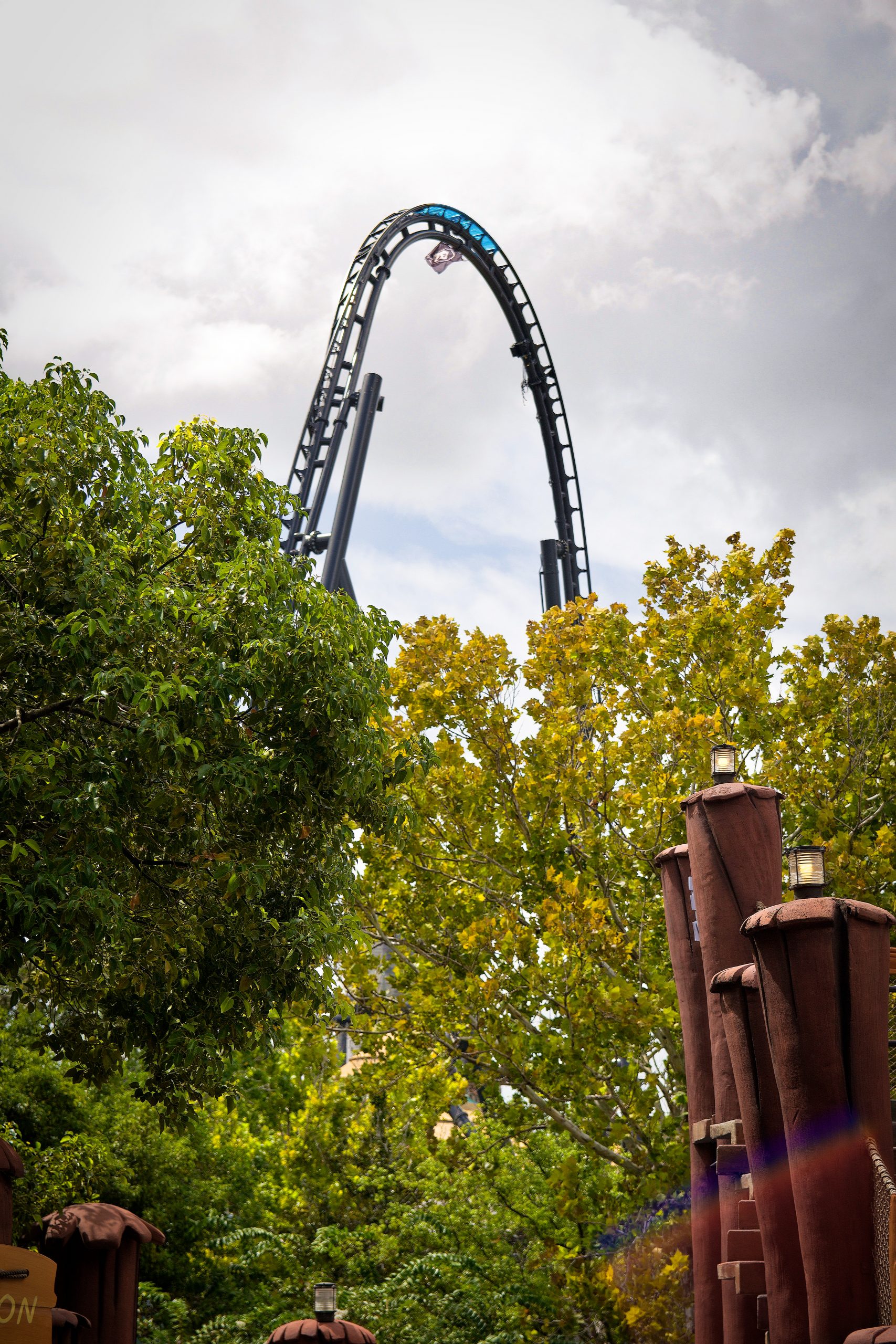 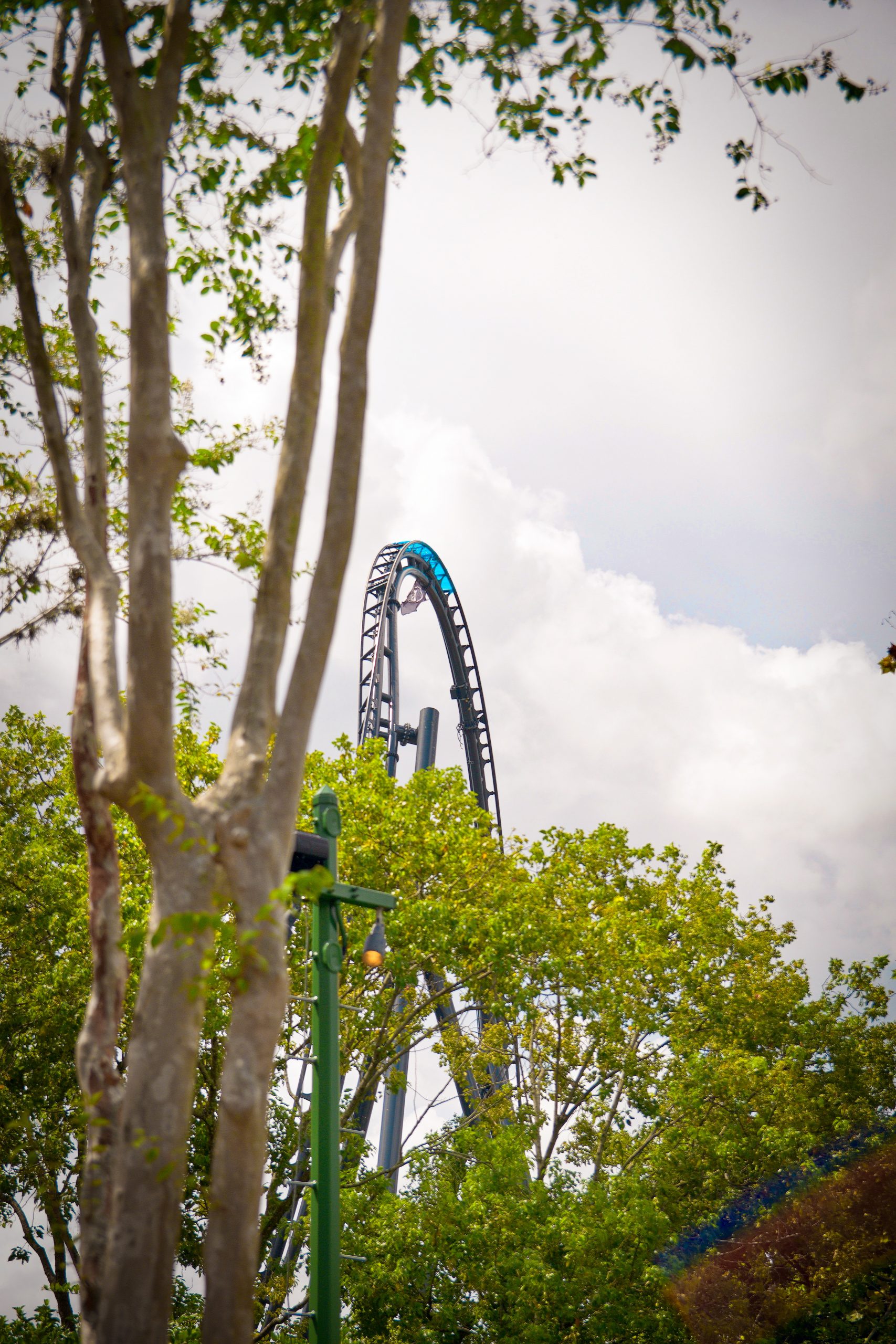 Continue on to page 2 for the latest bits of track for the coaster, as well as the ride’s signature elements, such as the top hat, barrel roll, stall, over-banked turns and more!