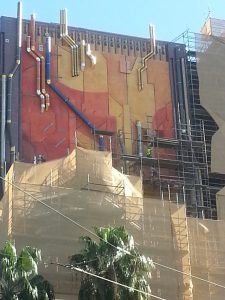 On a lazy weekday in February, we ventured back out to the Disneyland Resort just a few days after the fire scare in the Mickey and Friends Parking Structure. There was no visible closure of any level in Mickey and Friends so it was business as usual at the Resort. Plainly visible, however, was the amount of construction going on around the park and the amount of marketing for AP Days and the return of Main Street Electrical Parade (for a limited time).

The crowds were light for the most part, but attractions were down due to construction or annual maintenance. Pirates of the Caribbean and Grizzly River Run were among the culprits still down along with the Tower of Terror transformation into Guardians of the Galaxy: Mission Breakout (more on this later). 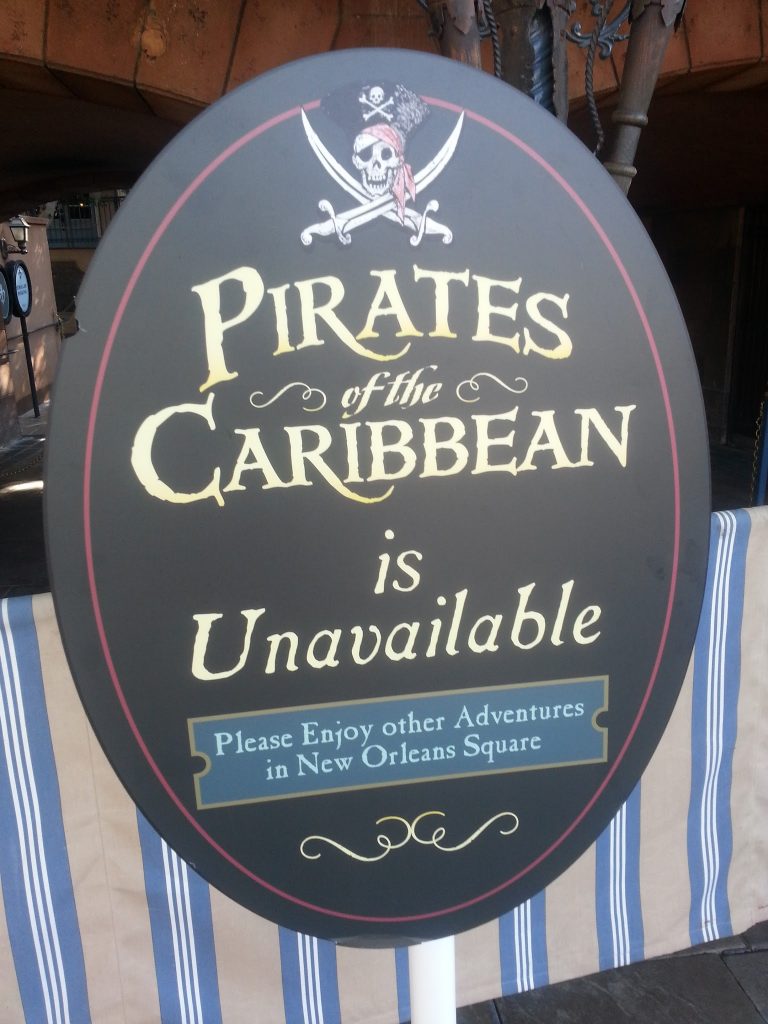 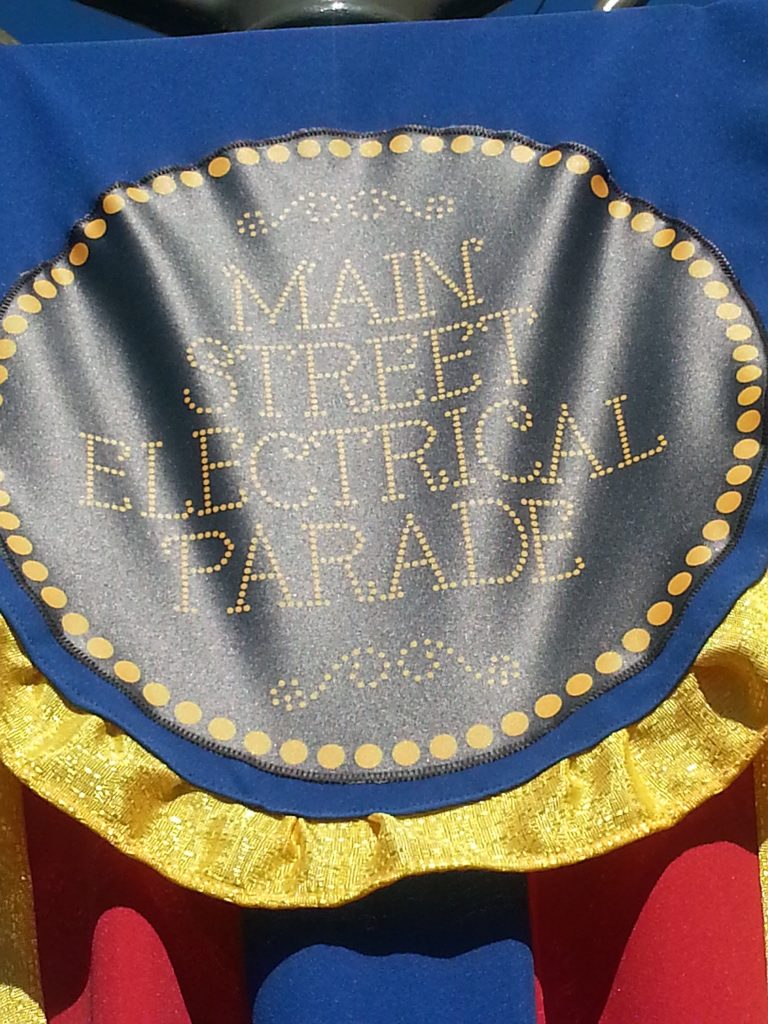 Also closed for maintenance was the Matterhorn Bobsleds, with the entire external portion of the ride all boarded up. On the boards outside the ride, pictures were put up all around describing the history of the ride as well as some Disney secrets. Also, NO SMOKING near the Matterhorn now! (Thank you Disneyland!!) 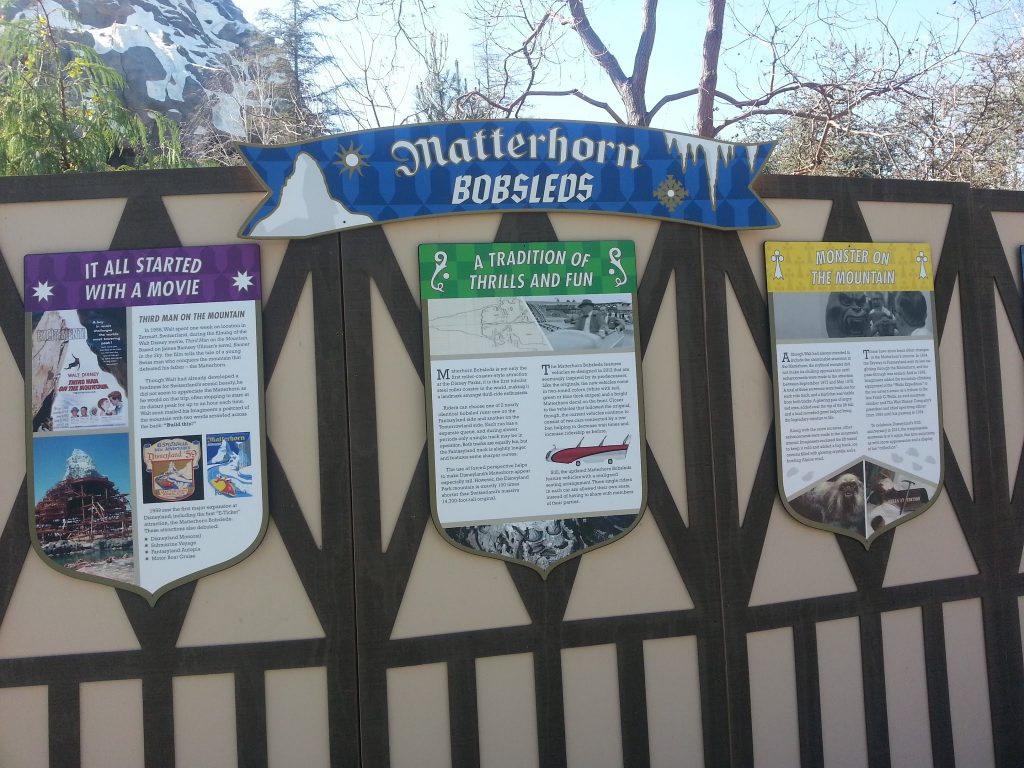 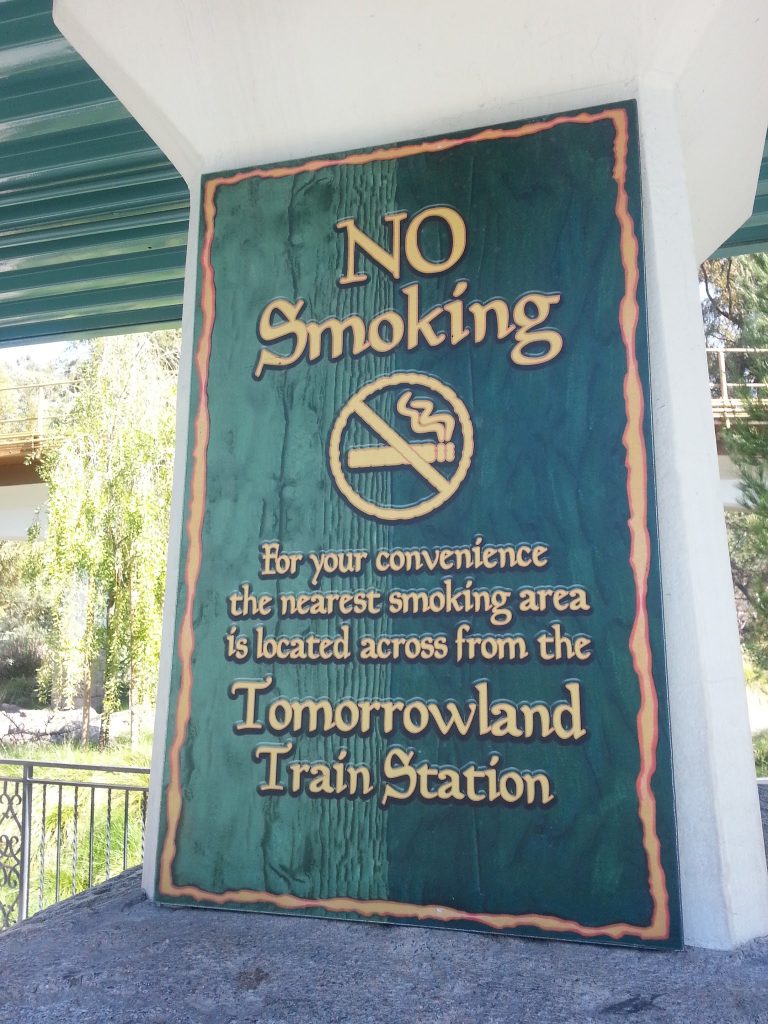 Now is the time for us to freak out and slowly count the months or years until Star Wars Land is finished or the days until we see if Mission Breakout is a suitable replacement for the Tower of Terror. First, we’ll see the first look at the outskirts of the “new tower” for the Guardians of the Galaxy drop ride. 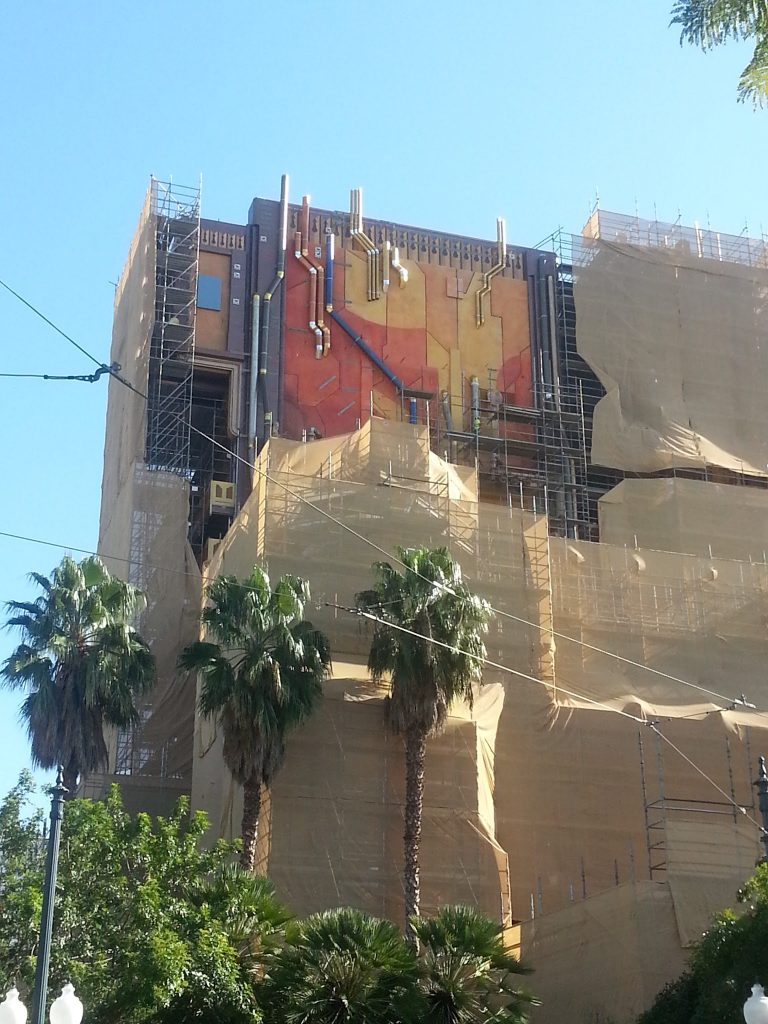 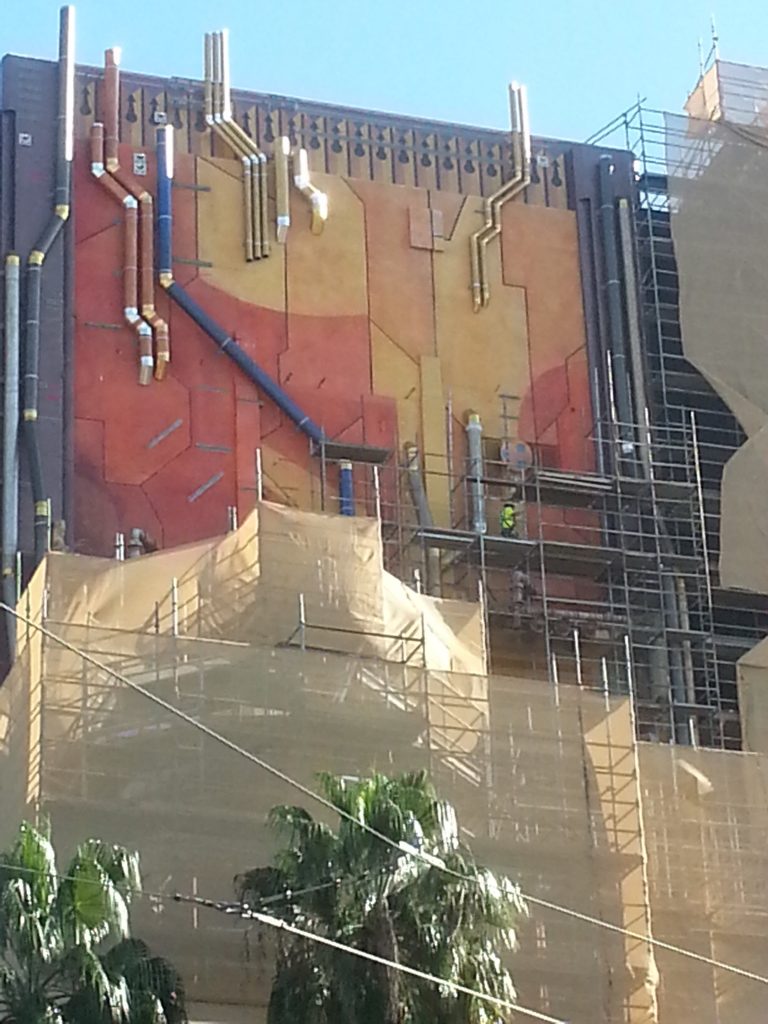 Progress is coming along nicely in DCA, but Star Wars Land construction was on full steam ahead. We got some shots from the top of the parking structure and a few from around the park where the cranes could be seen in every area of the park. 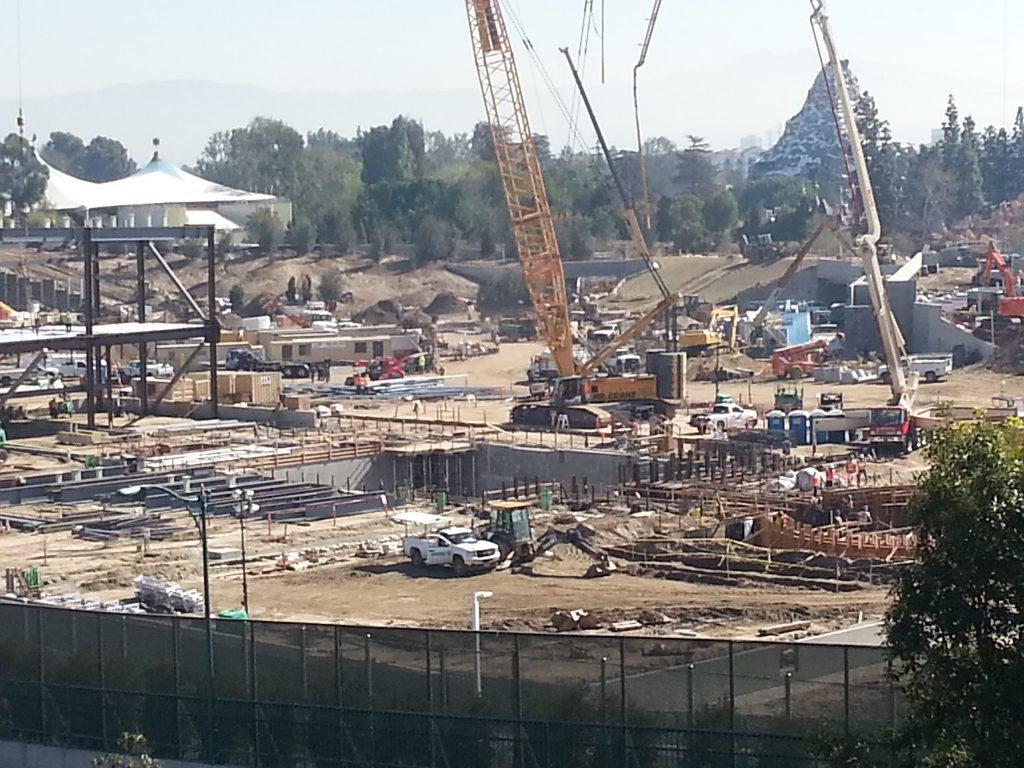 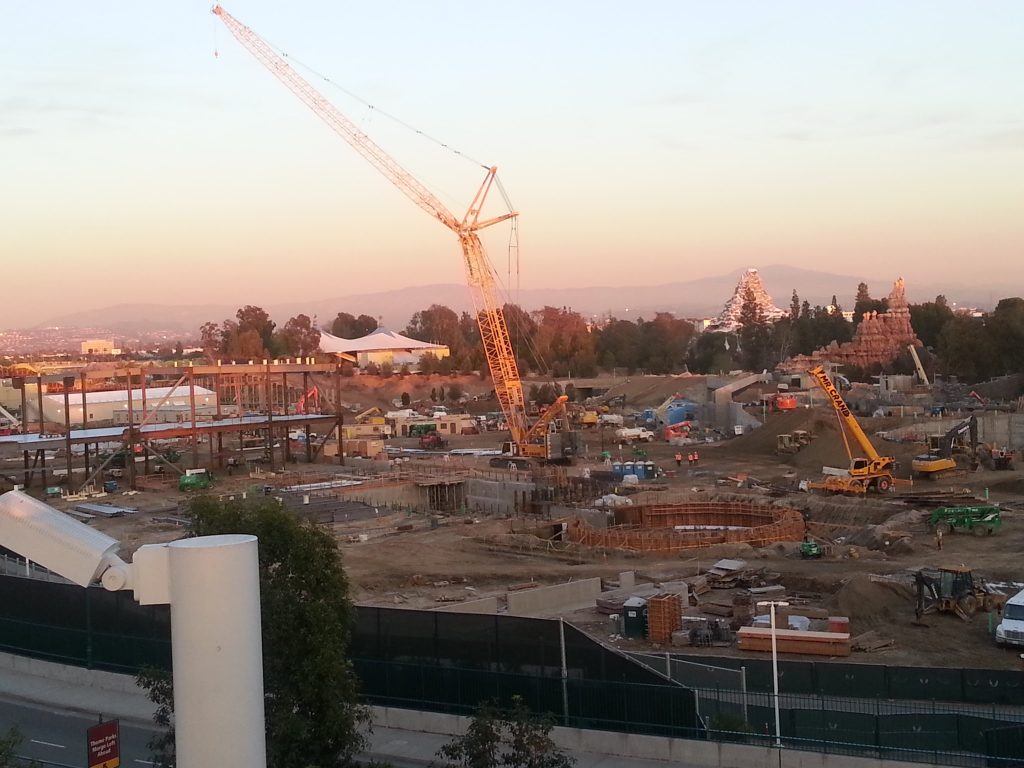 As annual passport holders, we ventured into the AP Days in the Starcade to see what all the hoopla was about. The Starcade section was not the most entertaining unless arts and crafts are your thing, but Disney did bring back four arcade classics (which cost tokens to play). Sadly, there was no Wreck-It-Ralph game. Be sure to check out the special AP Days locations throughout the park (we snapped a pic of the map as well!). 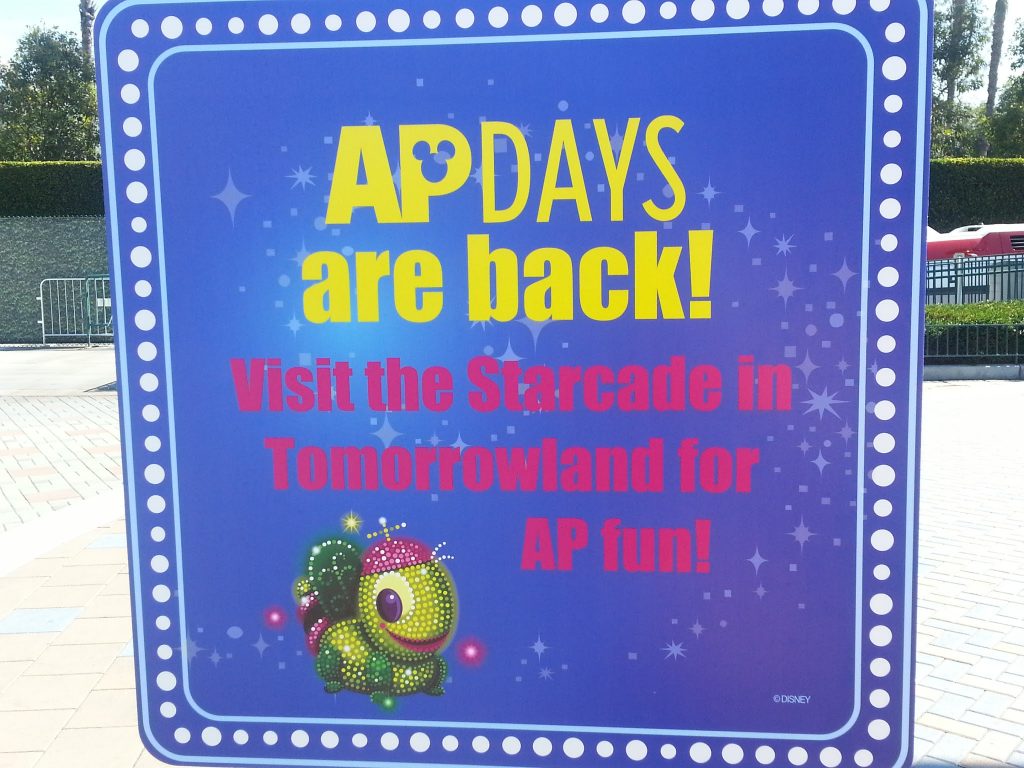 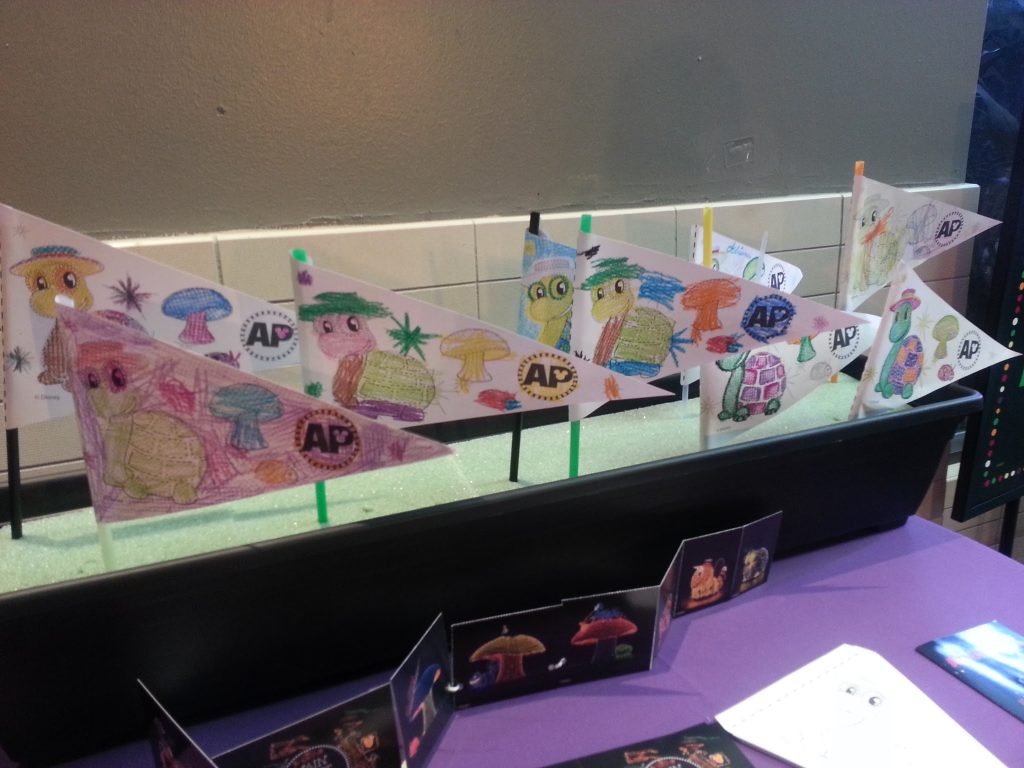 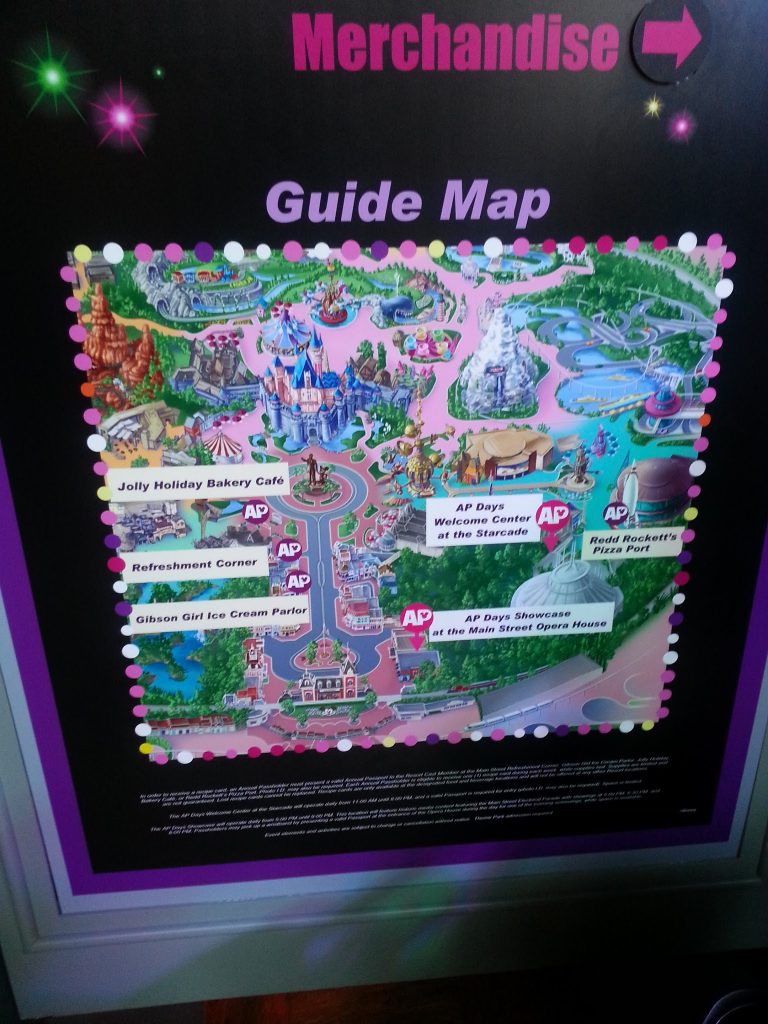 The Starcade area has a lounge area and specialty merchandise, but for the most part is a crowded corner of the park that should be checked out at least once. Don’t forget to pick your AP Days Pin! 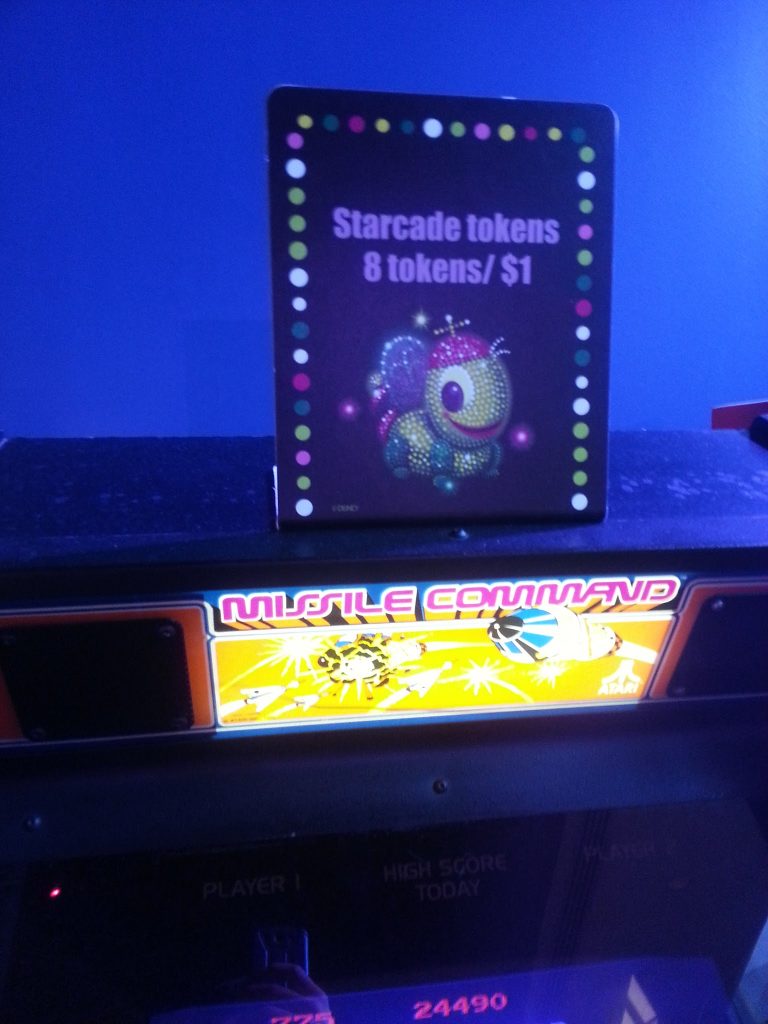 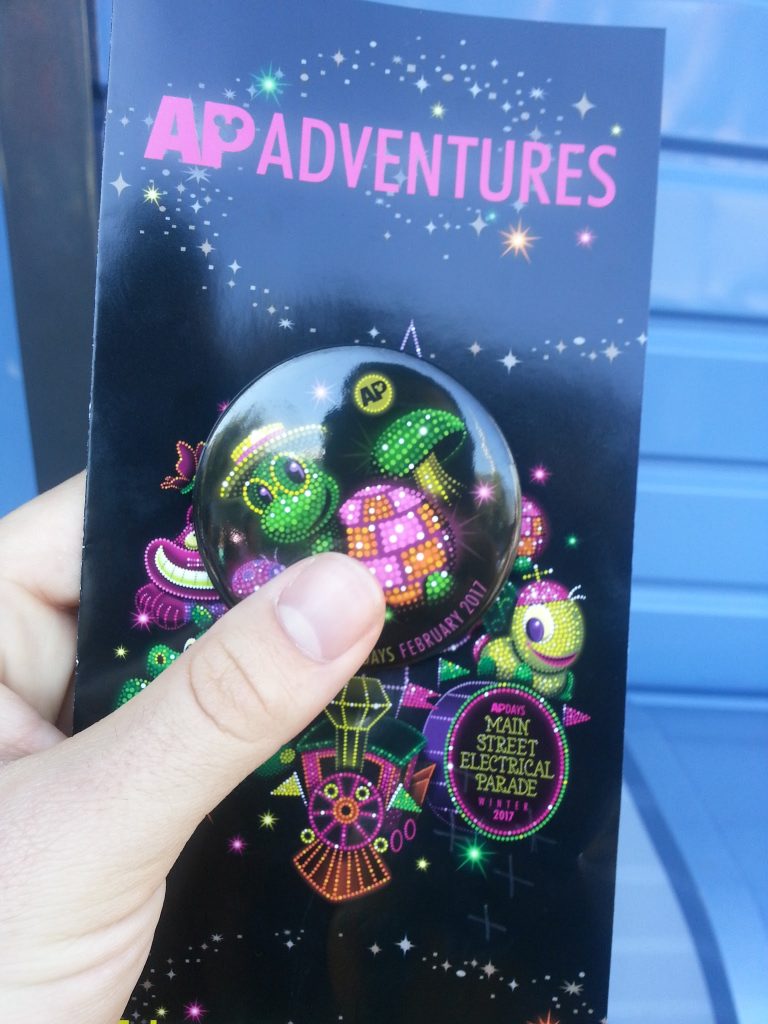 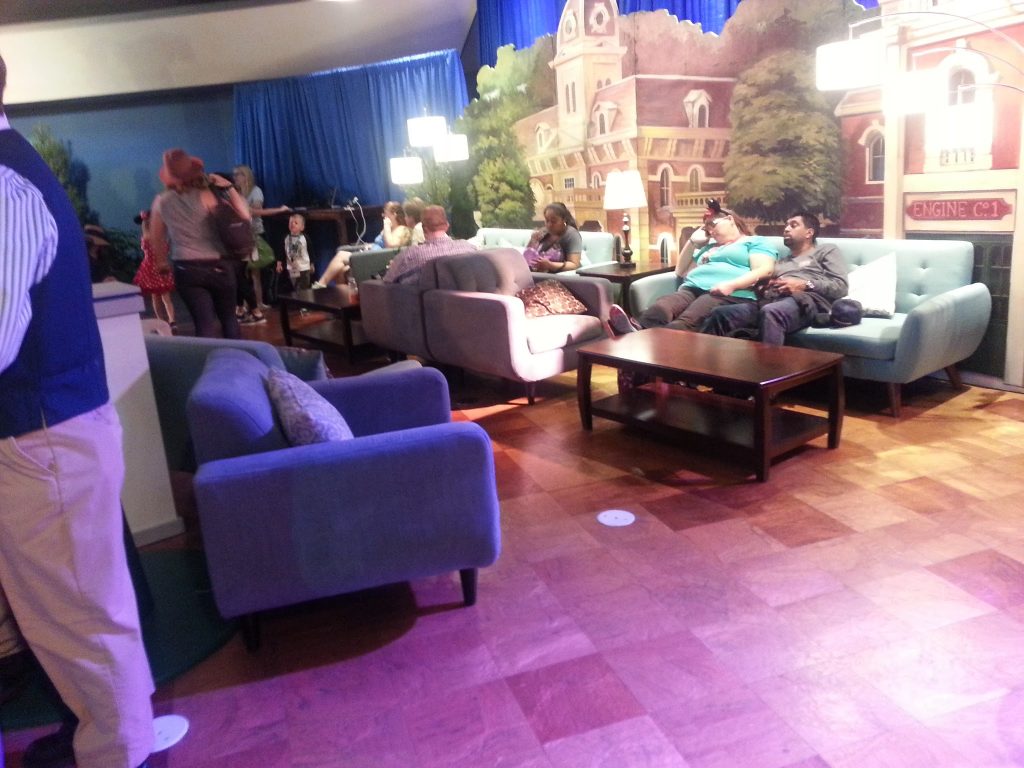 The AP Days are nice and dandy; however, the real excitement is the return of the Main Street Electrical Parade! It was a joy to see the parade home as the crowds come out en masse so be sure to get your seat or standing area early. On weekdays, there is one showing of the parade, while weekends allow the parade to run twice a day! 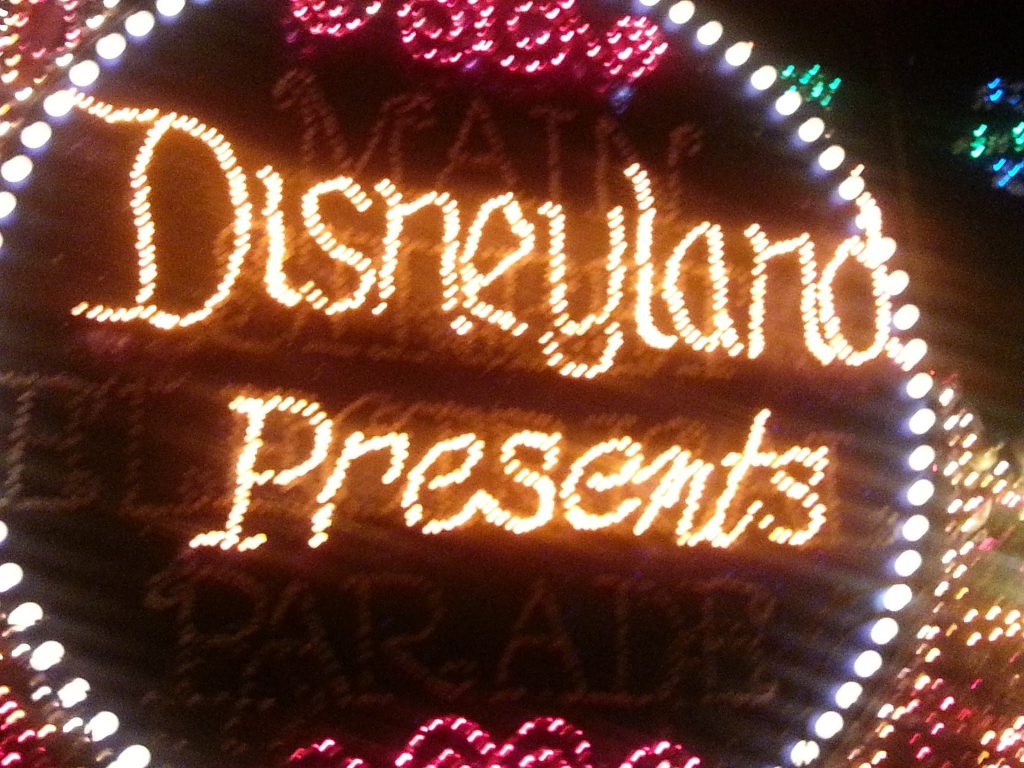 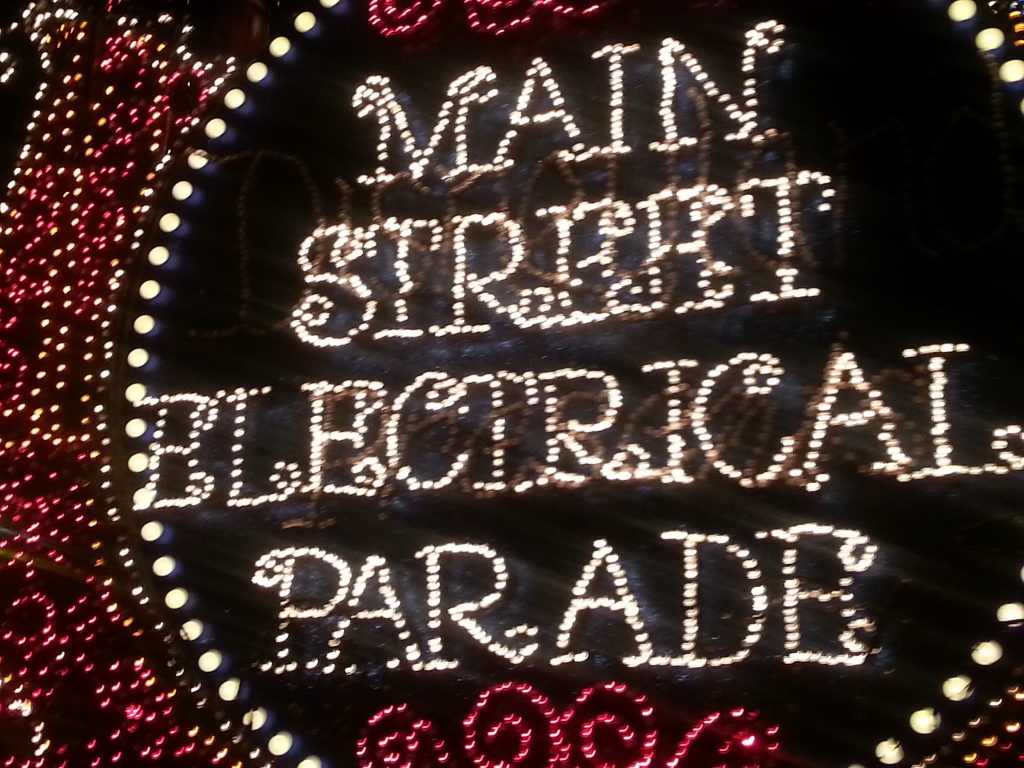 Overall, the Electrical Parade was great! This is a definite must see at least once before its limited stay ends on June 18. Finally, Disneyland released yesterday via its Disney Parks website that this summer’s seasonal event will focus around the opening of Guardians of the Galaxy: Mission Breakout. The name will simply be the Summer of Heroes ranging from May 27-Sept 10. For the event, guests can meet exclusively meet Groot and regain their dancing shoes for the “Awesome Dance Off”. Also, new food options will be available with even more various side activities involving the Avengers and Black Widow! 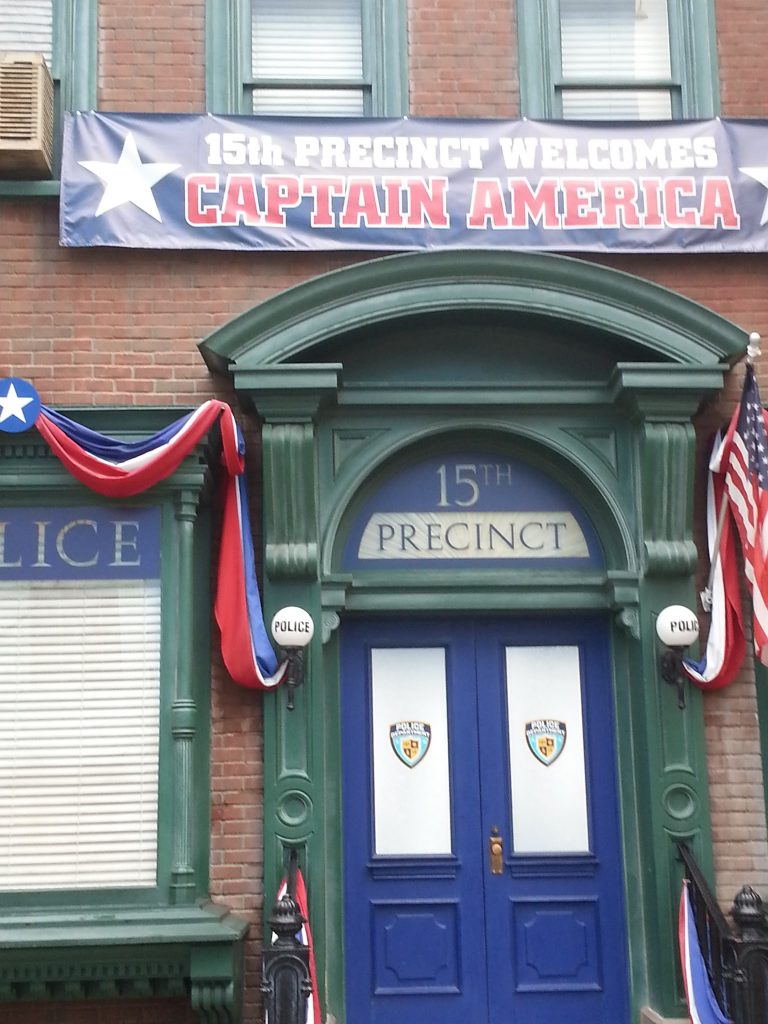 Thank you for checking out this quick Disneyland Update! FOR MORE DISNEY: Check out our Worldwide Walt Disney Attractions TOP 20! We also launched multiple brand new updates, check them out: