Sea World is technically the 2nd park of Con, but since we hit ZDT’s early, it’s the third of three parks in our report.

Let’s get wet, shall we? 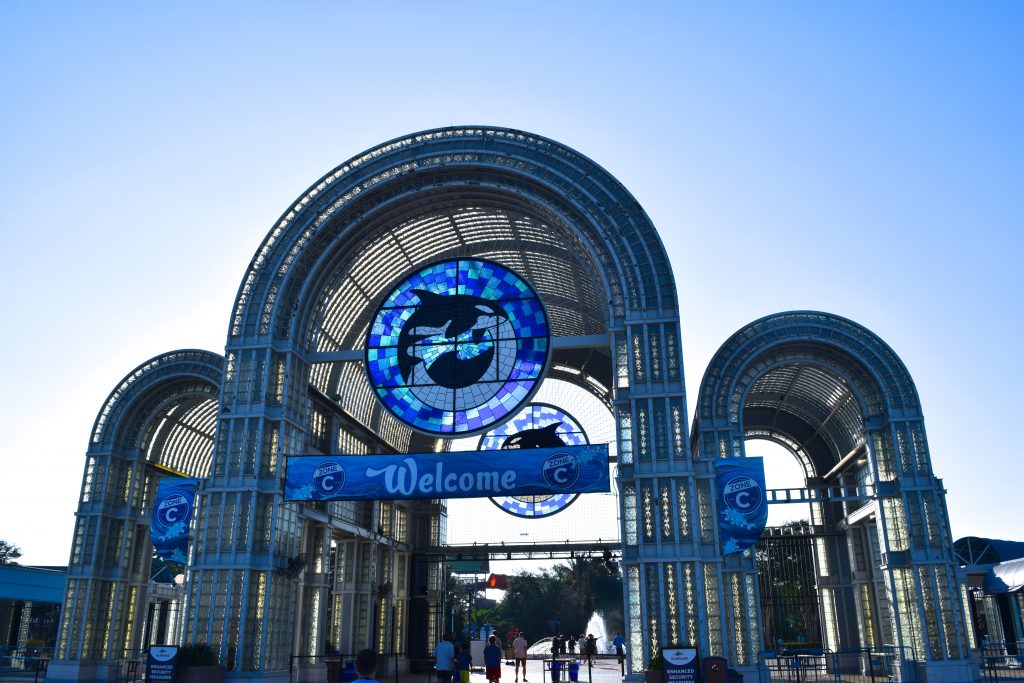 Sea World San Antonio (originally “Sea World of Texas”) is the newest and smallest of the Sea World parks. 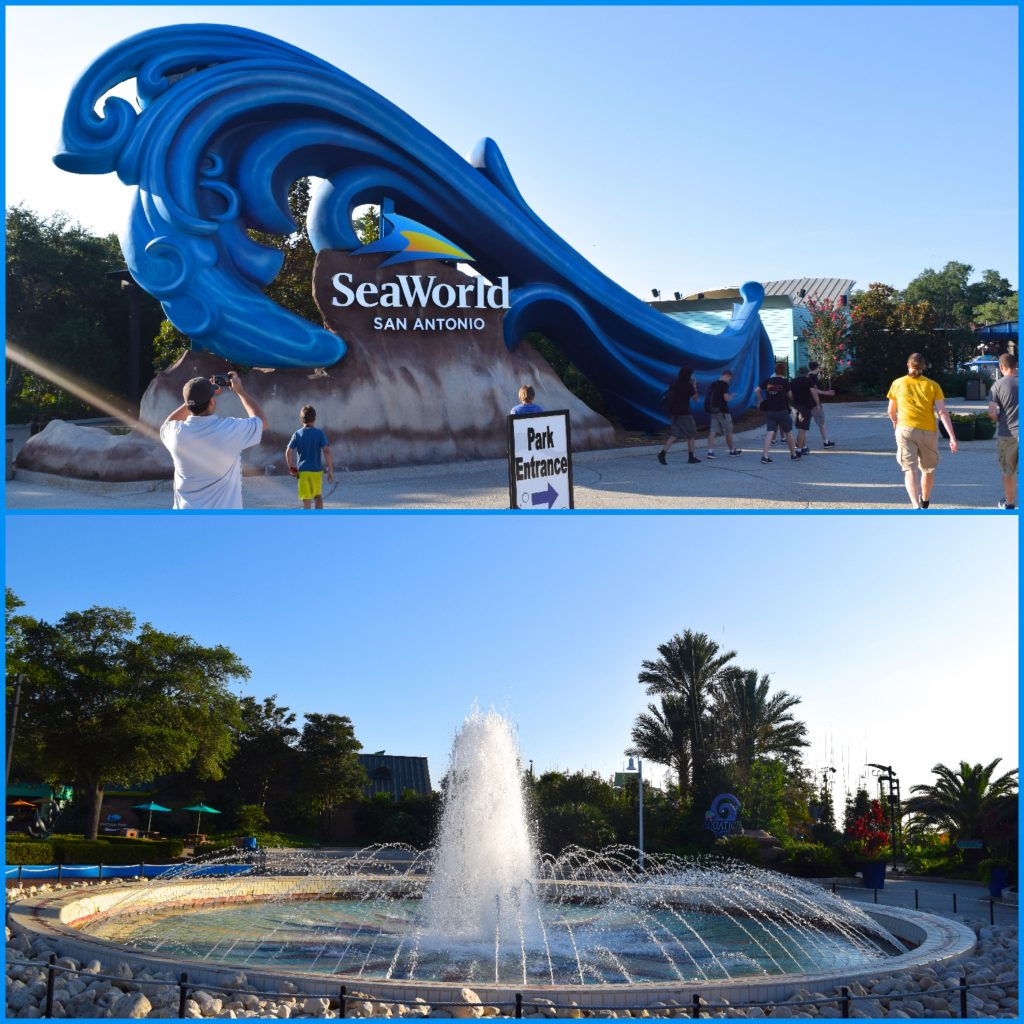 Recently the park went through a small infrastructural reorganization: with attached Aquatica waterpark becoming a separate gate in 2012, the gate for Sea World was set further into the park itself to allow for external access to both parks. The stained glassed entrance that once marked Sea World’s gate is now a threshold to entry plaza where both park entrances are located. 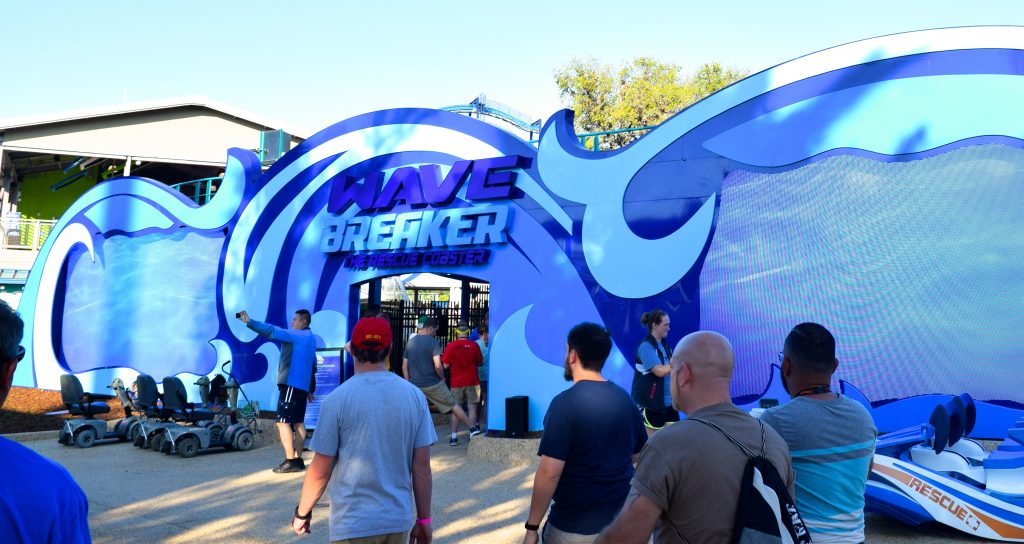 Here’s another new entrance: the one for the new-for-2017 Wave Breaker Rescue Coaster. 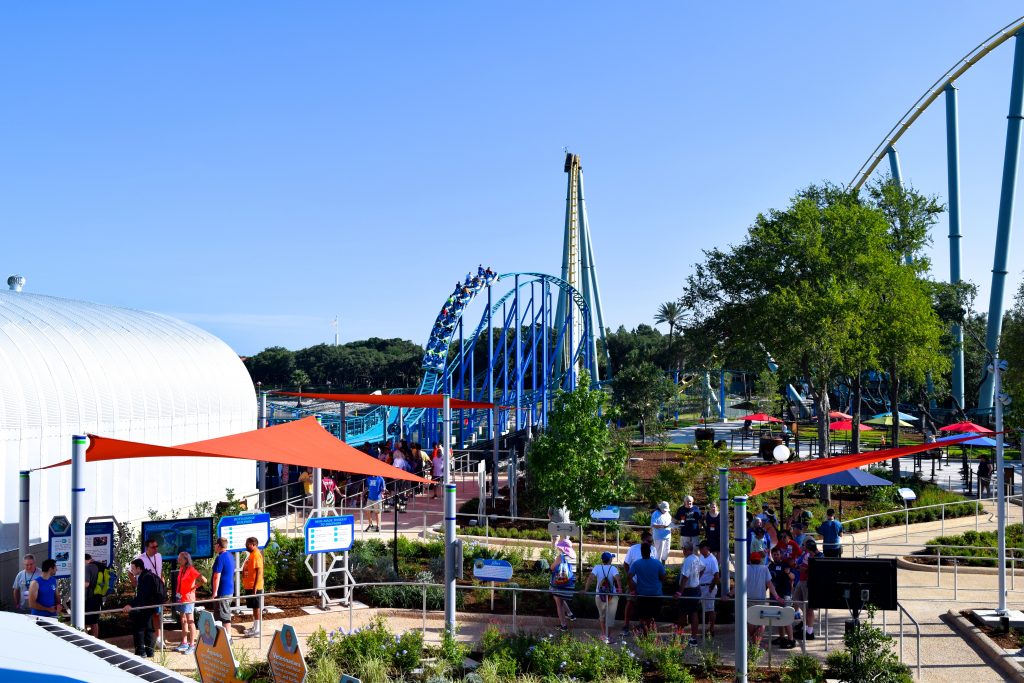 Billed as a multi-launch family coaster in the key of Sea World San Diego’s Manta, Wave Breaker unfortunately failed to impress on all fronts. The station, initial launch pre-“show” (if you can even call it a show), and the queue are all underdeveloped and feel cheaply executed.

The vehicles for this Intamin built motorcycle-style coaster (the first Intamin coaster built in North America in 5 years) are far less comfortable than those found on similar Vekoma and Zamperla rides; overbearing lapbars put excess pressure on knee, ankle, and hip joints, failing to accommodate people of even slightly above-average height or size. 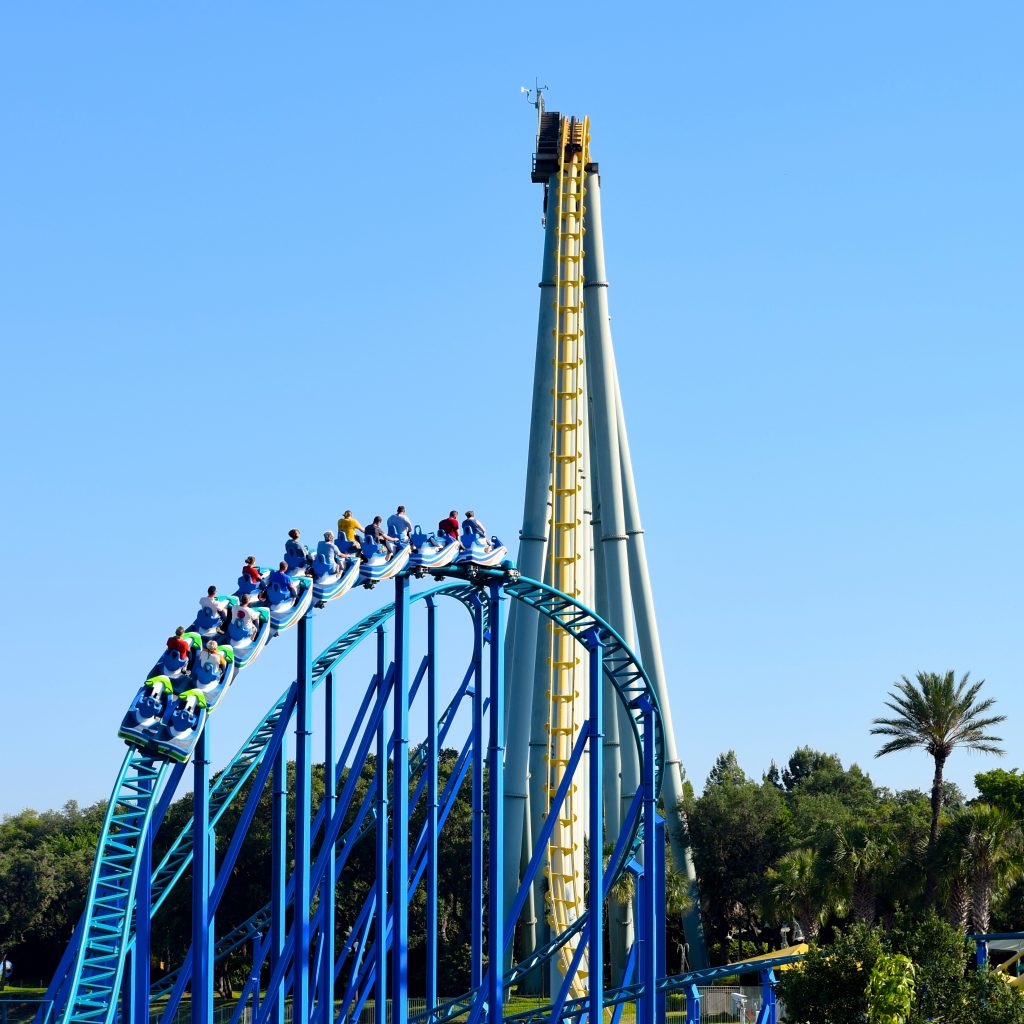 While the tire-driven launch is sufficiently forceful and low-maintenance, the layout is verging on boring, with its only events coming in the form of frequent and unwelcome directional changes for which the trains do not provide adequate back support. The end result is a ride too foreboding for the youngest end of the spectrum and too uncomfortable for the average adult to be billed as a successful family coaster.

To add insult to injury, the last row of seats is blocked off on each train for unspecified reasons. Speculation pointed to potential issues with launch power or rider comfort. Wave Breaker‘s only apparent achievement, though negligible, is making the Morgan Manufacturing Steel Eel jr. hyper coaster (whose midcourse brake run was particularly unforgiving that morning) look better by comparison. 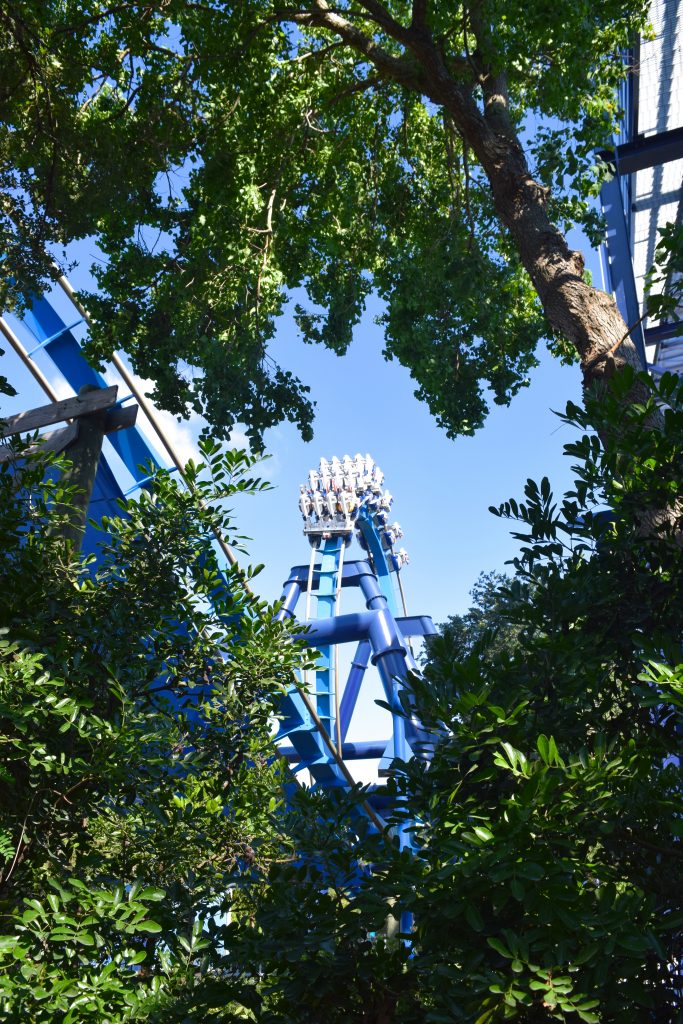 Fortunately there are roller coasters at Sea World San Antonio that are actually worth riding. 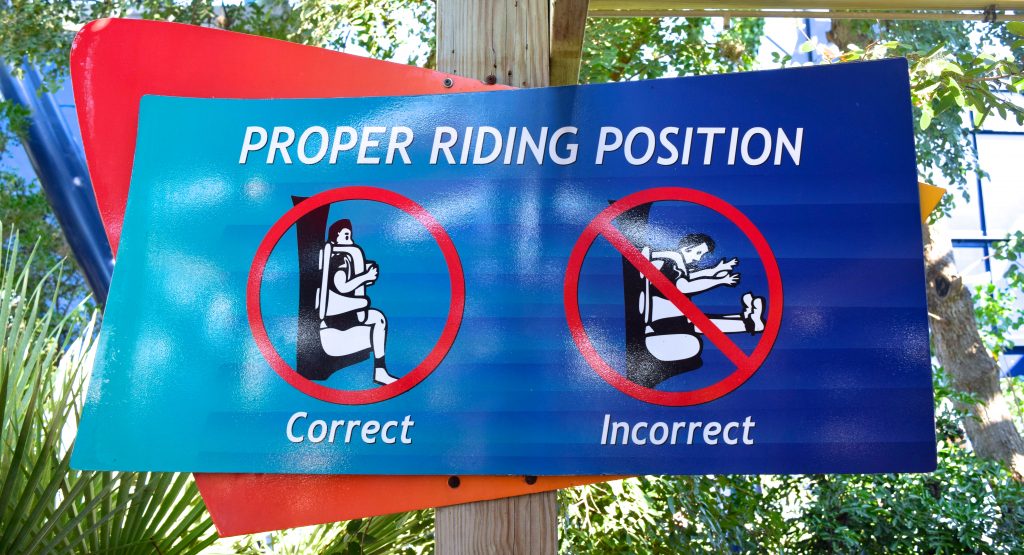 Although the park will try to arbitrarily shame you out of riding their B&M Batman: The Ride clone, Great White, limbs akimbo. (yes, there are two Batman clones in San Antonio. Great White actually predated Fiesta Texas’s Goliath by 11 years, and was the first roller coaster built at a Sea World park). 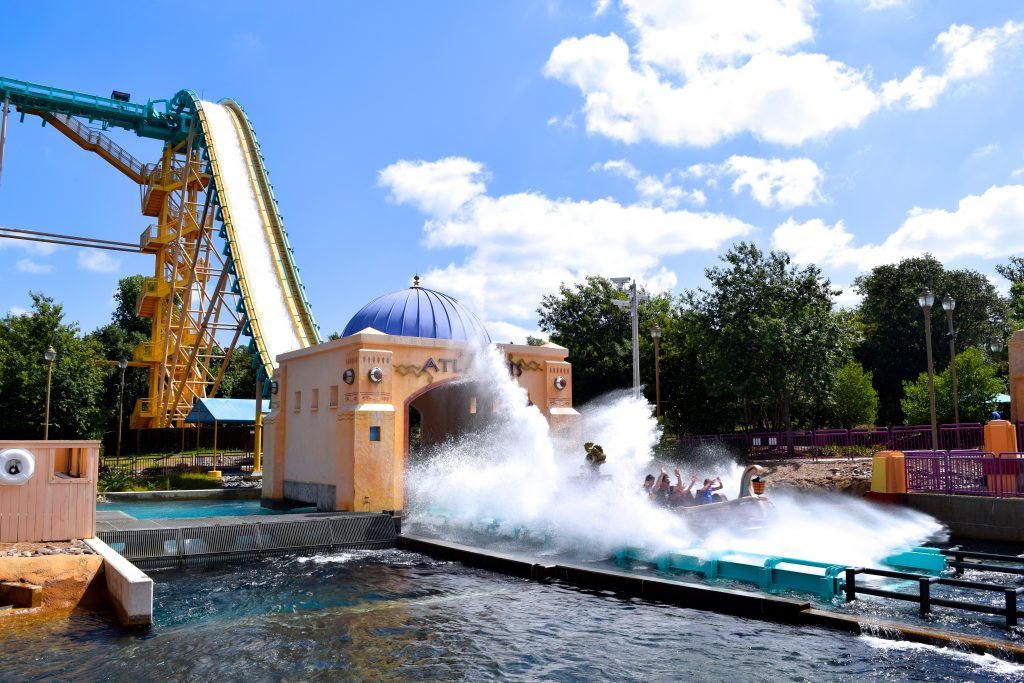 With Great White’s horrendously-slow dispatches and Steel Eel’s sluggish initial performance bogging down ACErs, the Mack Journey to Atlantis SuperSplash water coaster(?) wound up being the least disappointing ride in the park for first-time visitors. 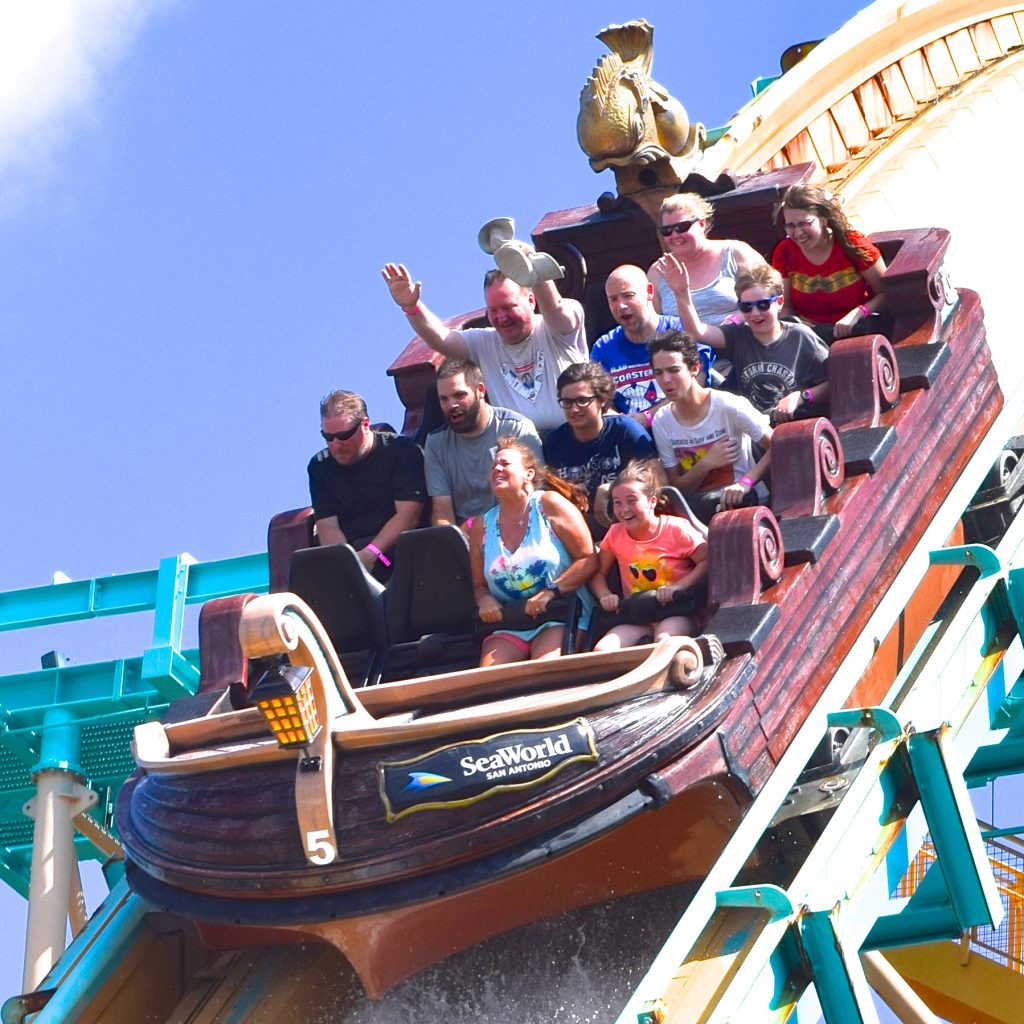 It doesn’t have the atmospheric chops of the Orlando Atlantis or the length of the San Diego Atlantis, but the simple San Antonio Atlantis (which is barely more than a fancy shoot-the-chute ride) performs well enough to warrant a few re-rides in the incredible Texas warmth. 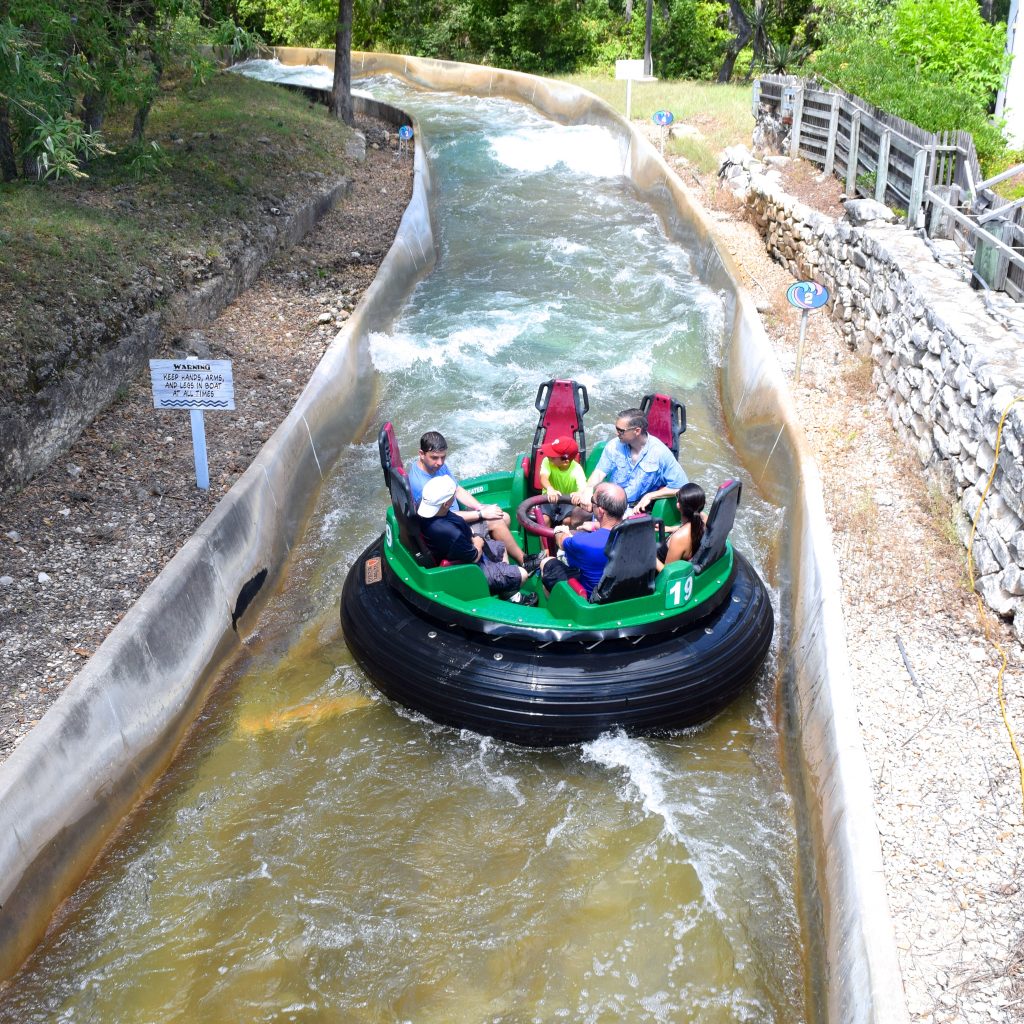 The Rio Grande rapids ride was a surprise hit on this visit; I’d neglected to ride it on my only previous visit (2010) along with the park’s Texas Splashdown log flume, which, to the disappointment of many, was retired a few years ago without much explanation.

A park this small and this hot can hardly afford to lose any attractions, let alone a solid water ride. While the elevated portions of the ride were taken down, a majority of the ground-level concrete flume is still intact; totally visible to riders of Steel Eel. 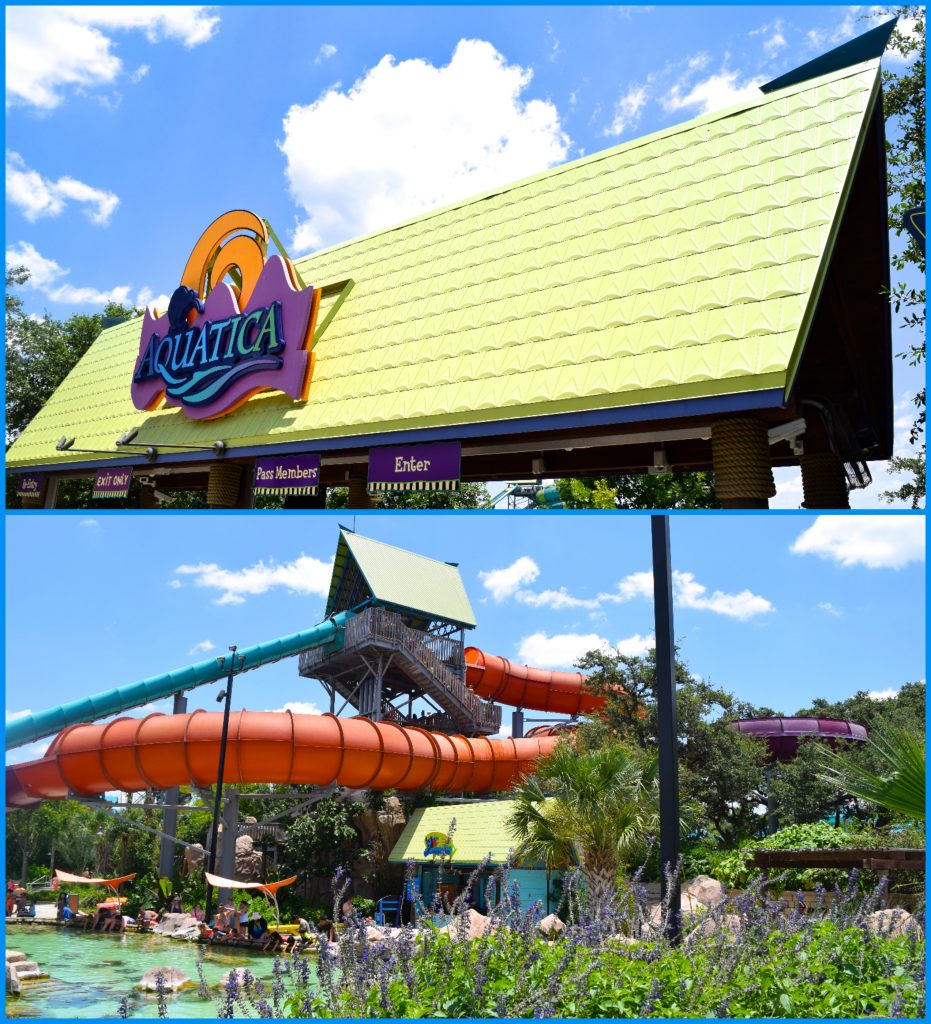 One can only assume that part of the flume’s demise was the aforementioned conversion of Aquatica into a separate park. Nothing drives up water park attendance like the departure of 1/3 of your park’s water ride line-up. 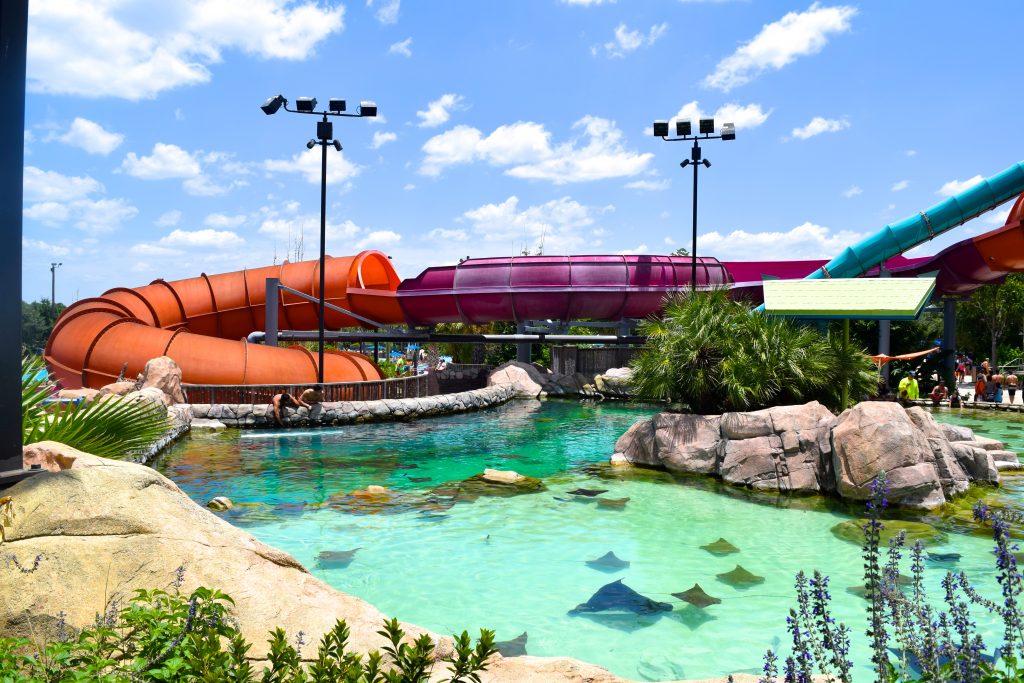 That being said, Aquatica San Antonio is an exquisite water park. It’s certainly not the largest (in fact it’s smaller than the nearby Six Flags White Water, which is still included with admission to Fiesta Texas), but Aquatica is beautifully executed and features some great attractions, including one showstopper of a waterslide in particular. 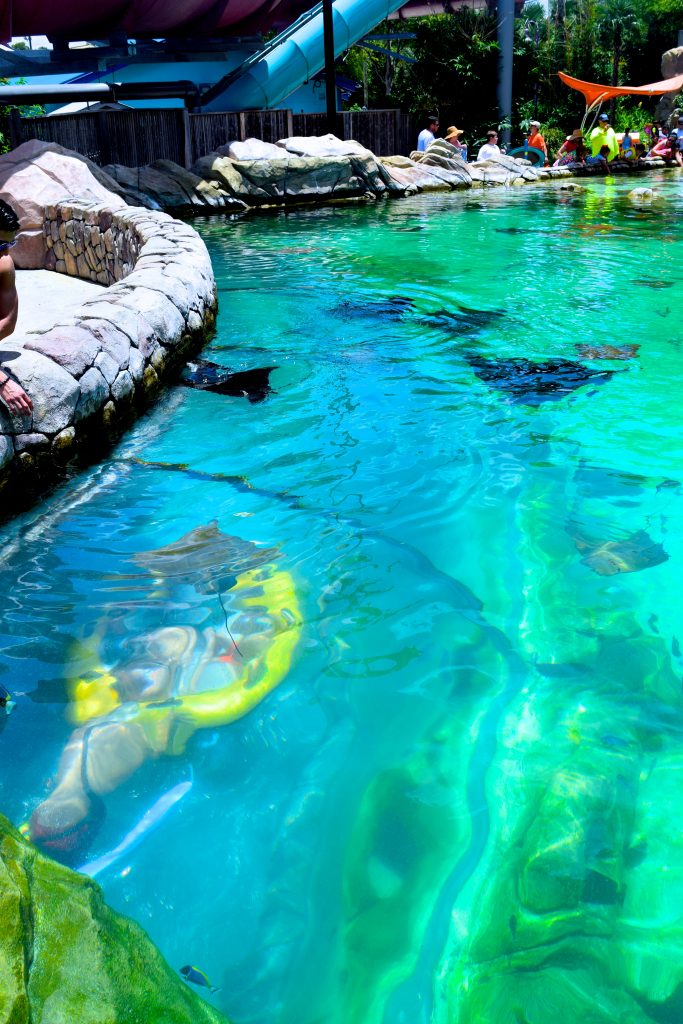 Aquatica’s signature attraction is Stingray Falls, a particularly eventful ProSlide family raft slide. As you can see, with the help of a crystal clear ceiling, sliders pass right through a massive stingray aquarium / touch pool. 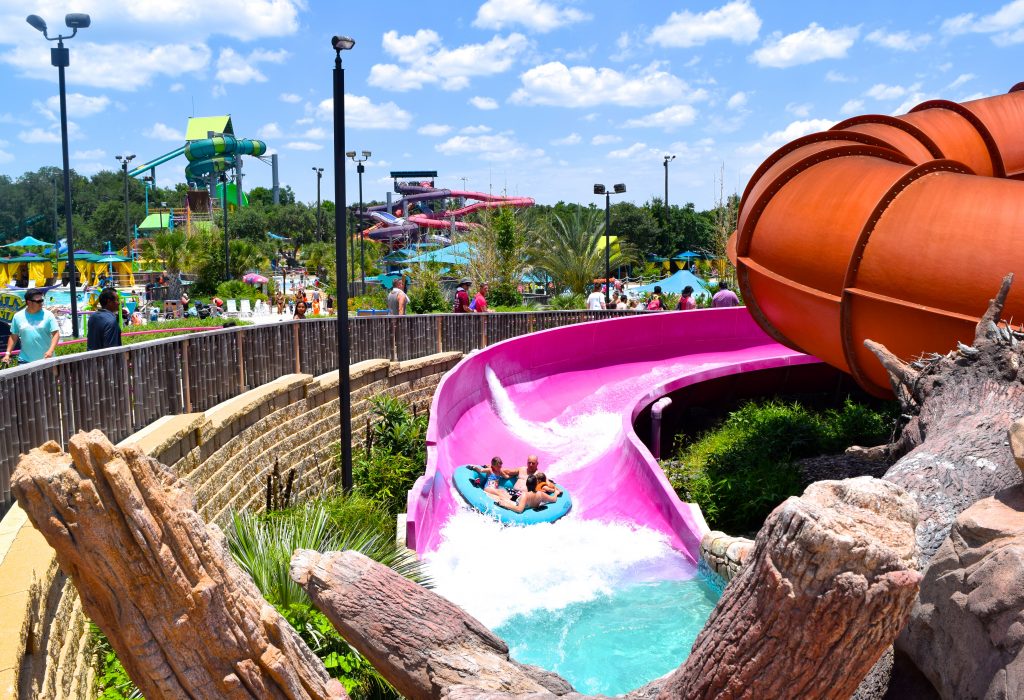 A thrilling water slide in its own right, Stingray Falls finishes with a lazy river-esque drift beneath the rays, allowing plenty of time for ogling before the ride’s conclusion on the other end of the aquarium. 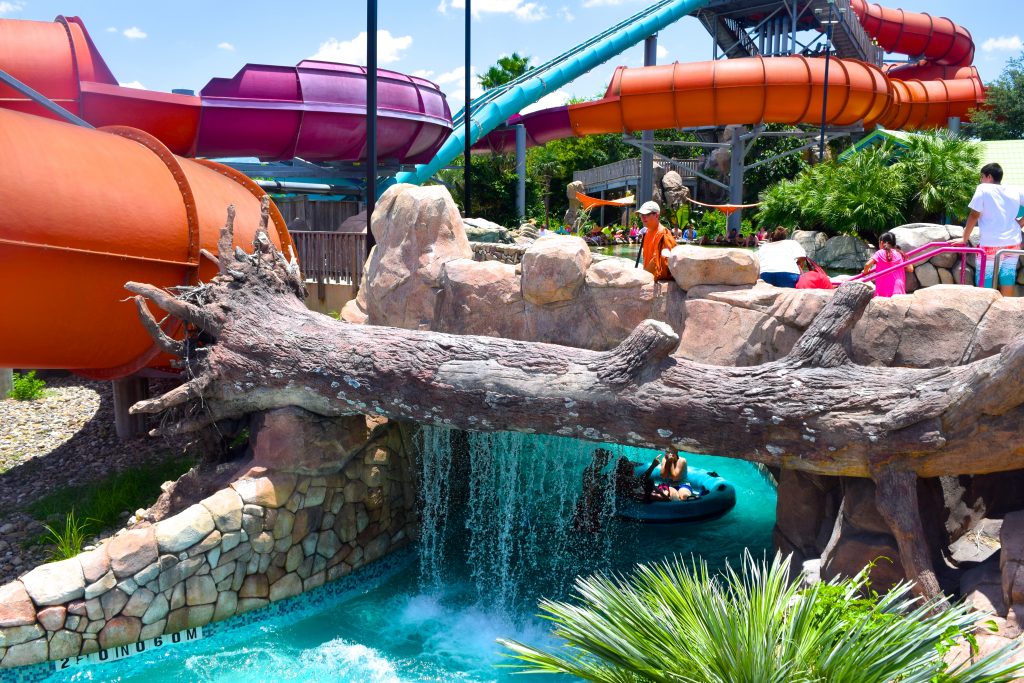 Standards are high in this town; with waterpark superpower Schlitterbahn just a short drive north, only a top-notch ride would suffice for Aquatica’s re-branding as a separate park. While some scoffed at the decision to divide Sea World, it’s hard to argue against decisions that lead to Stingray Falls – a slide dazzling enough to contend with marquee attractions in Orlando, Emirates, Caribbean, and China water parks. 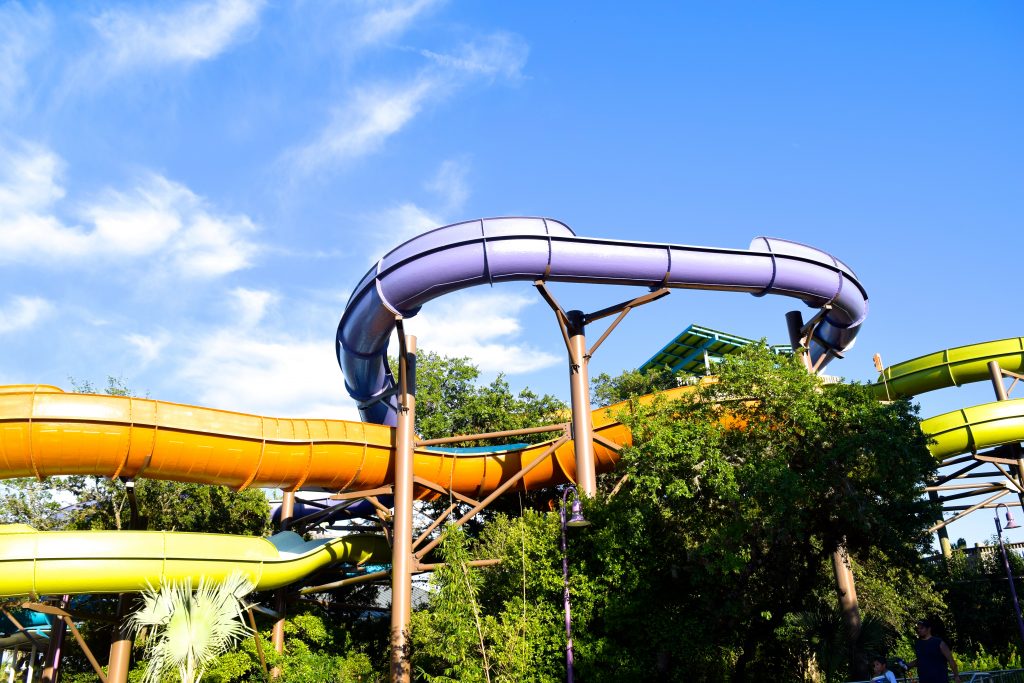 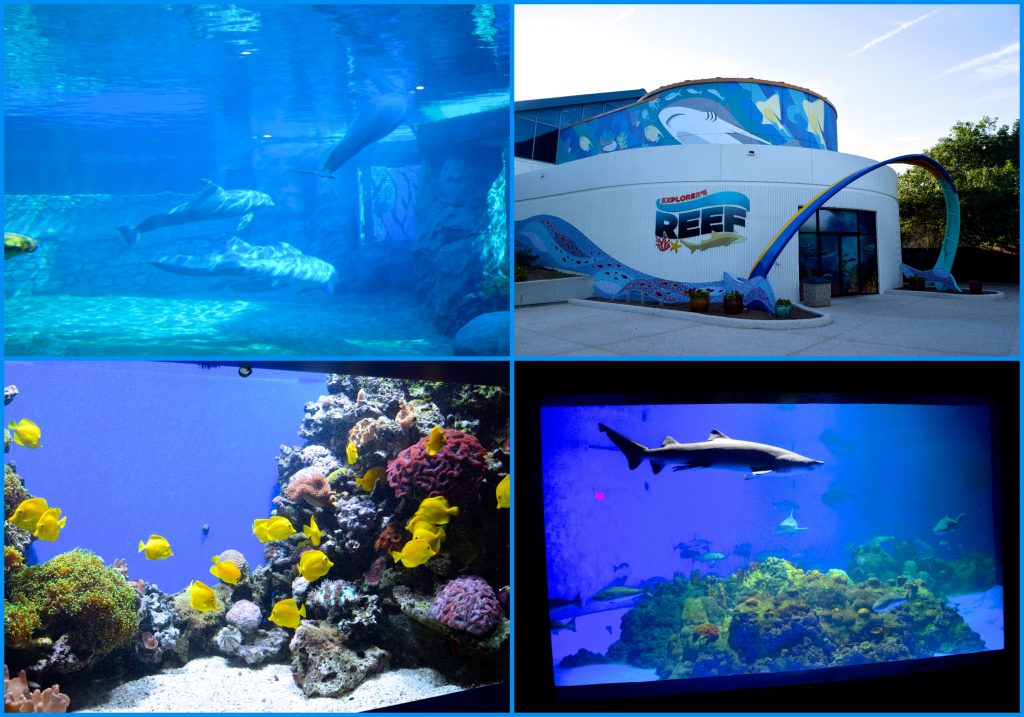 With Aquatica directly forward of the Sea World entrance plaza, and a vast majoirty of the rest of Sea World to the right, the handful of attractions to the left of the plaza were rebranded as “Discovery Point”. The dolphins, sharks, and tropical fish that call Discovery Point home can technically be visited without paid Sea World admission, as they are situated outside of what is now Sea World’s gate. You still have to pay for parking, however. 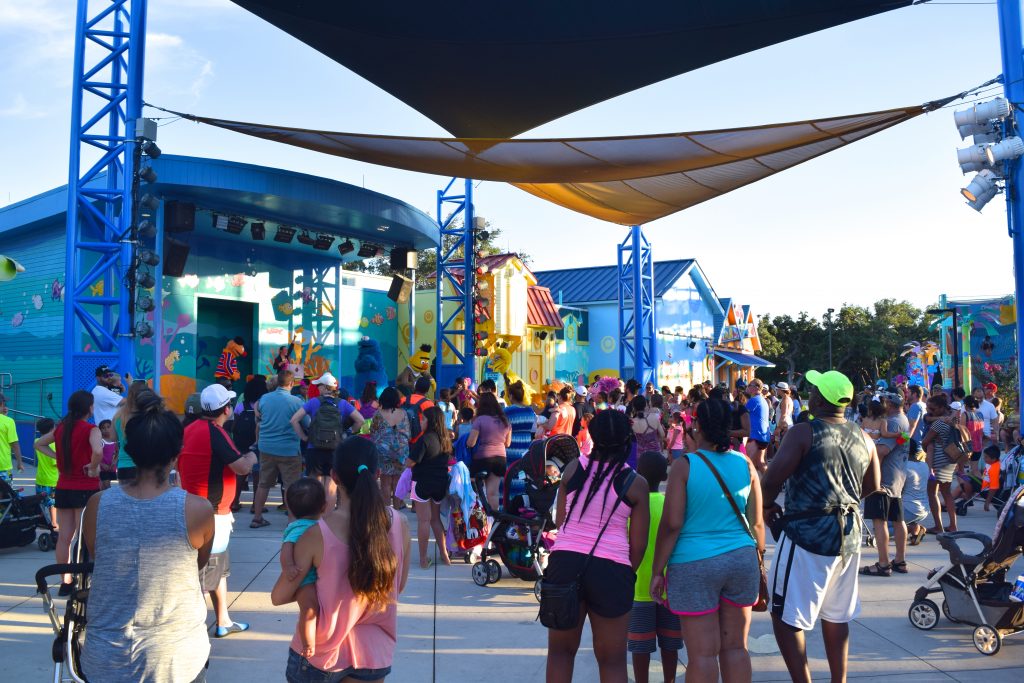 While shows aren’t really my thing, they make up a substantial part of all Sea World parks. The Sesame Street Block Party attracted a tremendous crowd considering the lack of people in the park that day. 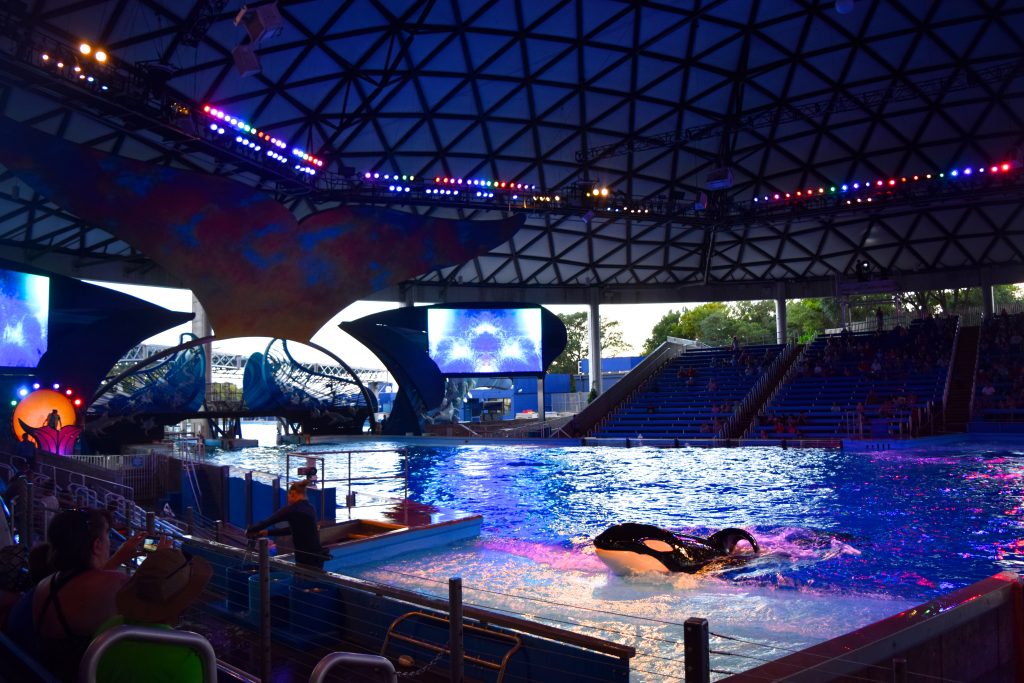 Sea World’s nighttime Shamu show is notable for various reasons (including the endlessly annoying banter from the show’s live DJ and trainers), but the orcas themselves at least remained the point of focus. 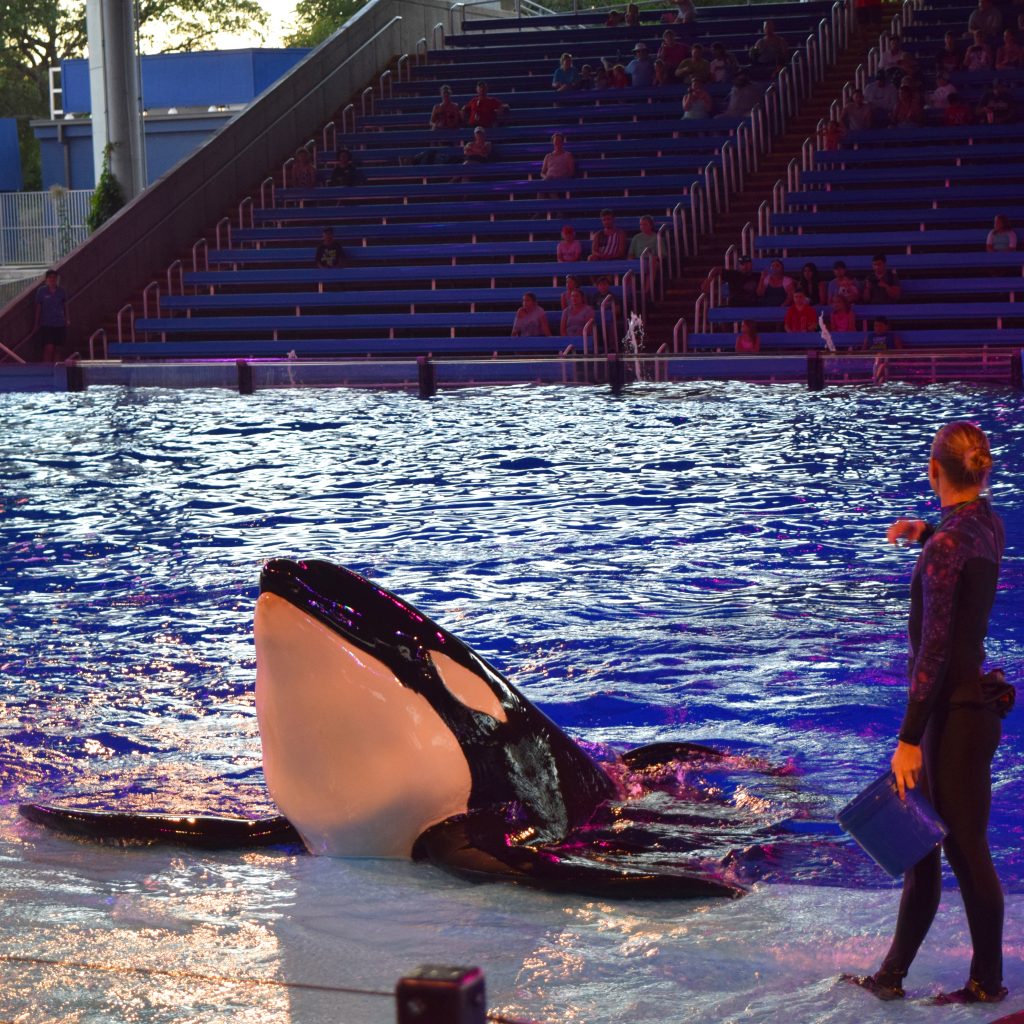 Our viewing of the show was marred with technical difficulties related to the function of the hydraulic doors separating the stadium from the rest of the orca habitat. 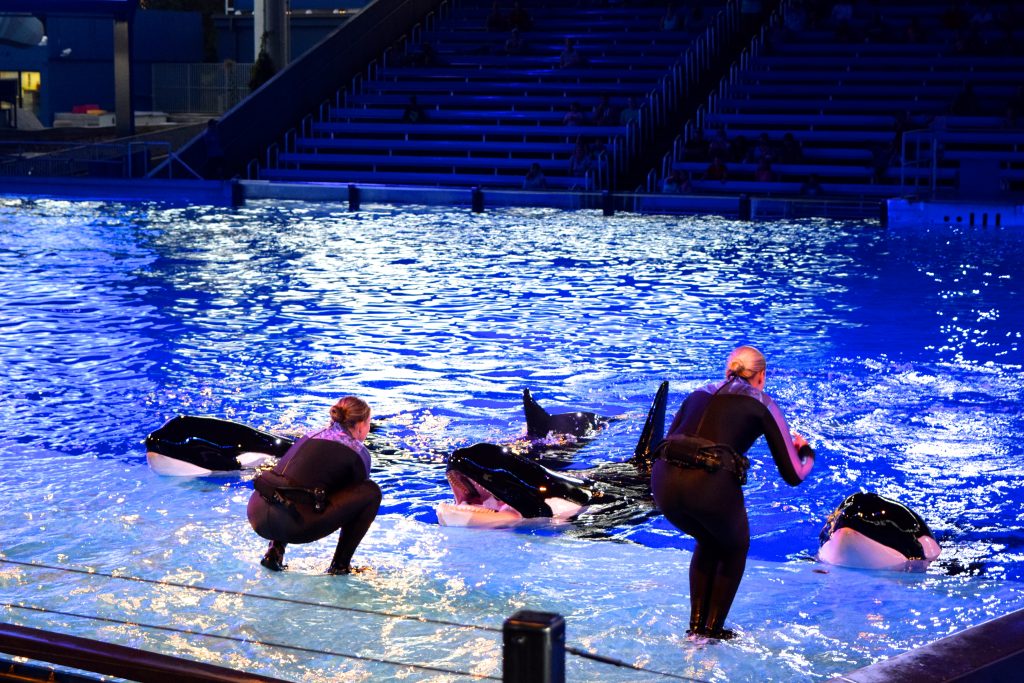 The show wound up a complete mess, but the orcas persisted. 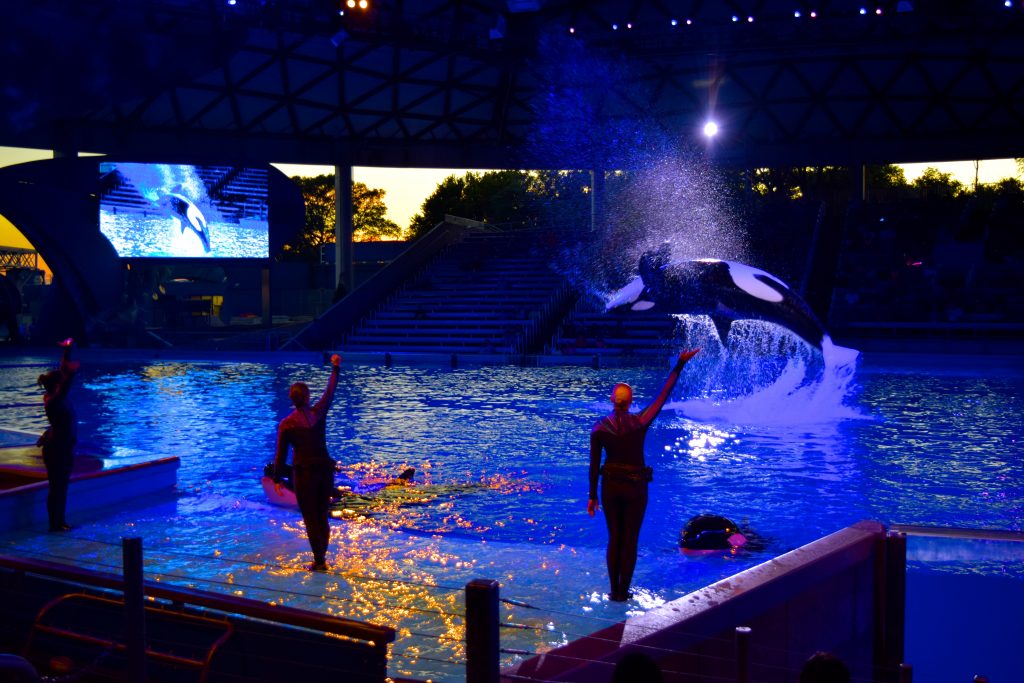 They are so charming to watch that no amount of crumby live banter and technical difficulties can hinder their sparkle. 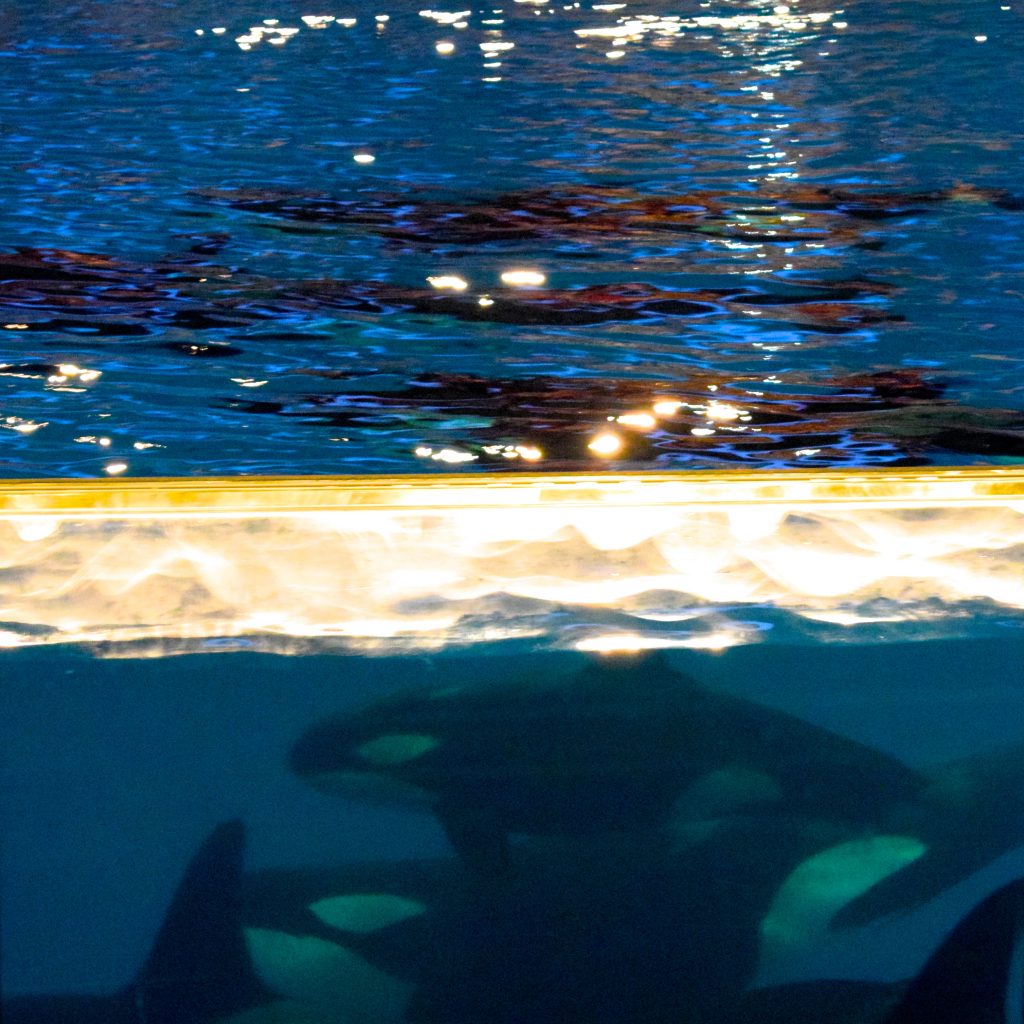 Also there is a two-month-old baby orca who is pretty effing cute. 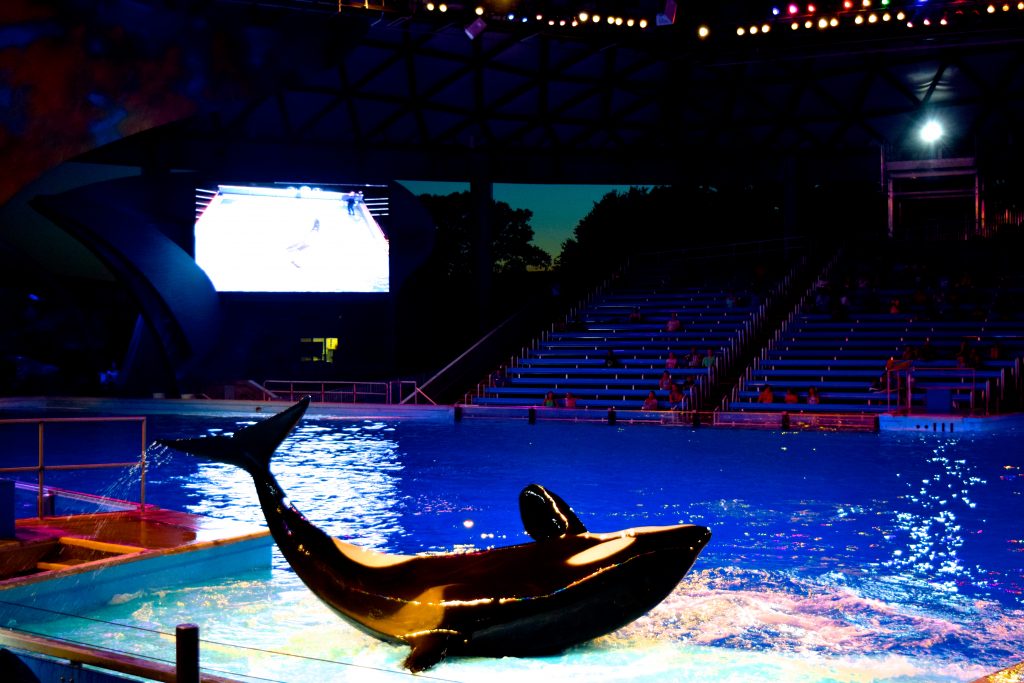 The lighting in the stadium at least made for some good nighttime orca shots. 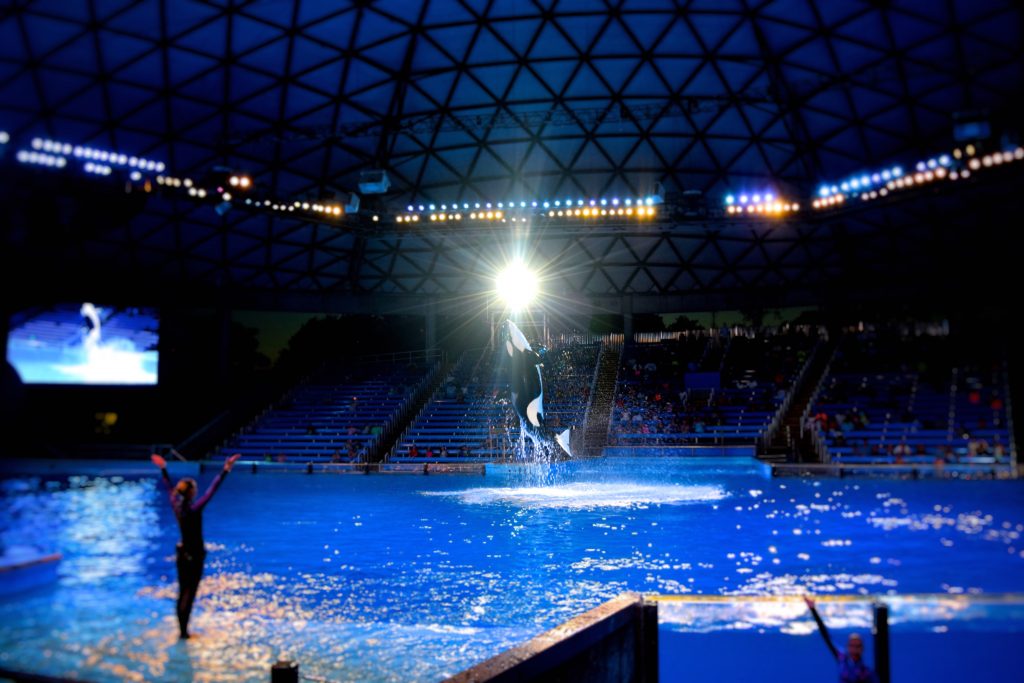 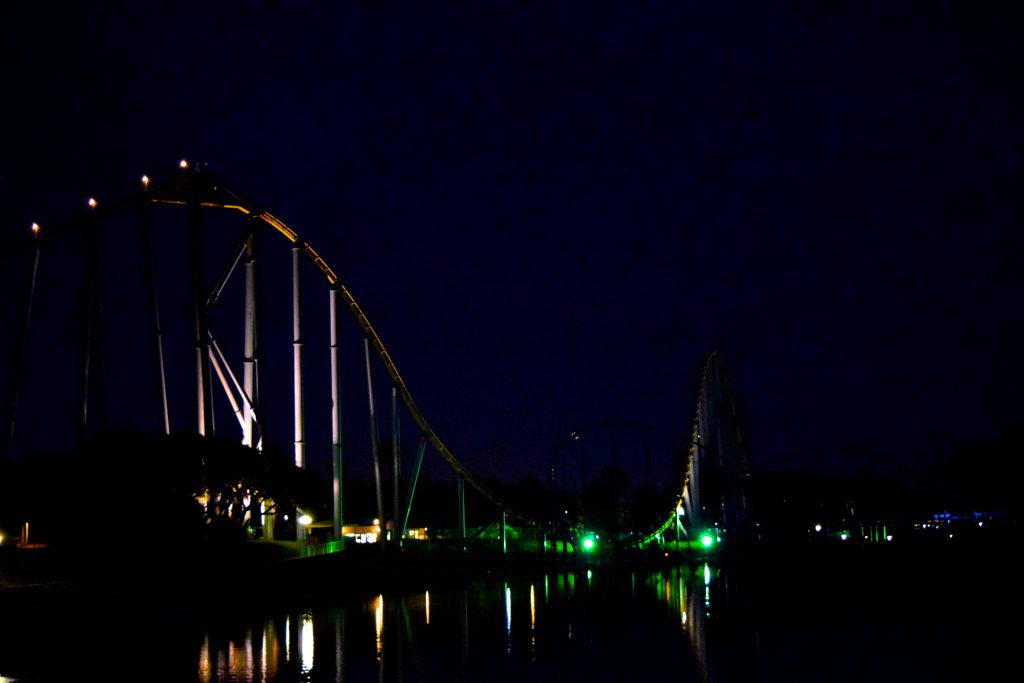 Evening ERT on Steel Eel was more enjoyable than morning rides on the coaster would have suggested; I guess the mid course brake loses its rigidity as the day goes on. 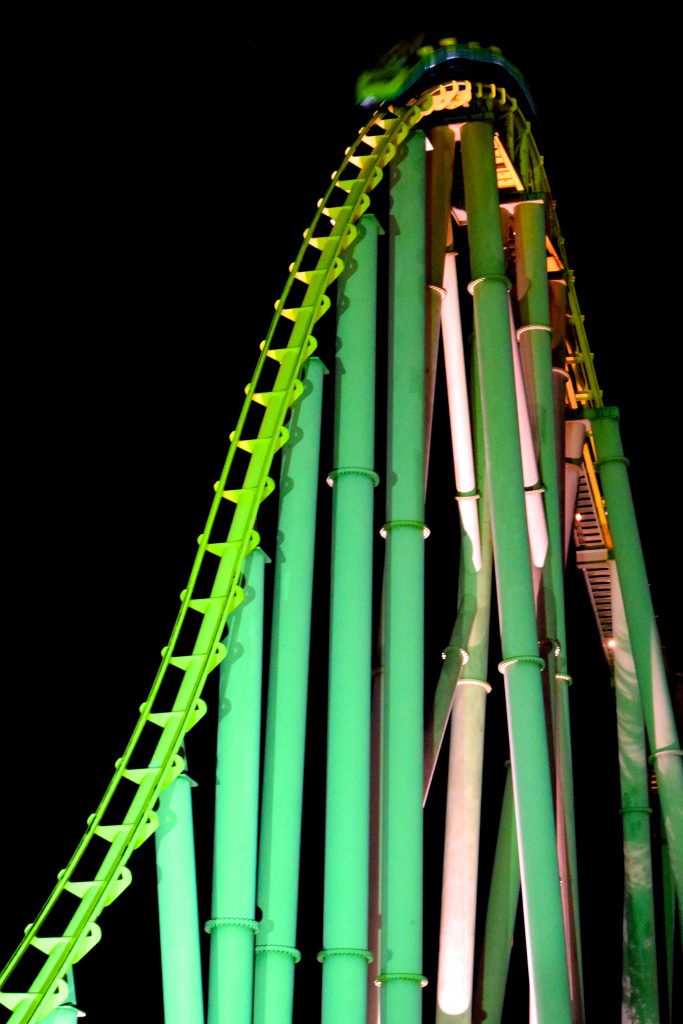 Wave Breaker was also available for ERT, but the few ACErs who actually tolerated Sea World long enough to make it to nighttime ERT were more focused on Eel. 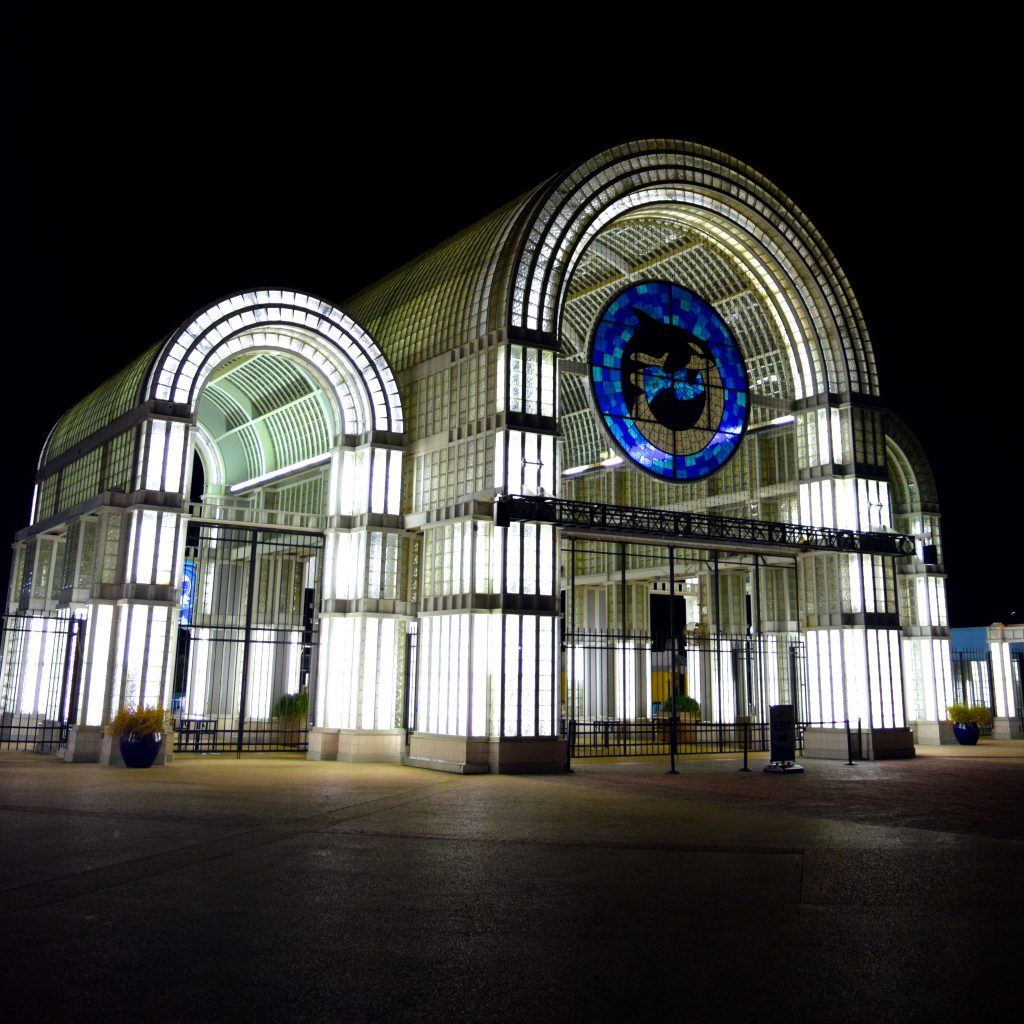 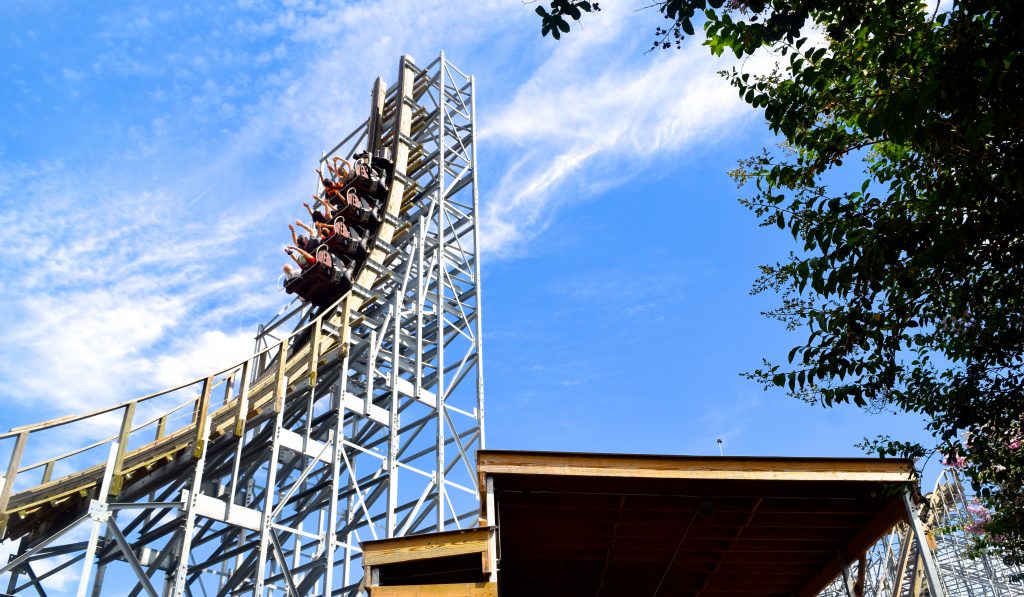 We wrapped up the Coaster Con XL with our official visit to ZDT’s for Switchback ERT and our closing ceremony.

And so ends another great ACE Coaster Con! See you next year for Coaster Con XLI at Busch Gardens Williamsburg, Kings Dominion, and Six Flags America!

The Con may be over, but we’ve got a bit of a Texas Cliffhanger for ya; do you know which park we’re featuring next? ;}

For now check out the follow recent CCK and CCCK reports: