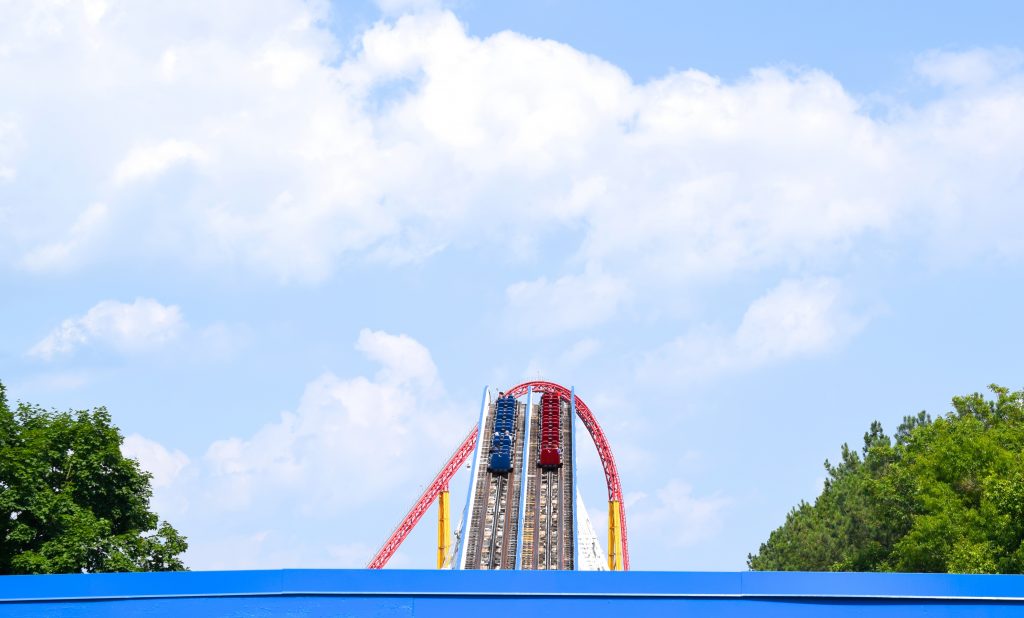 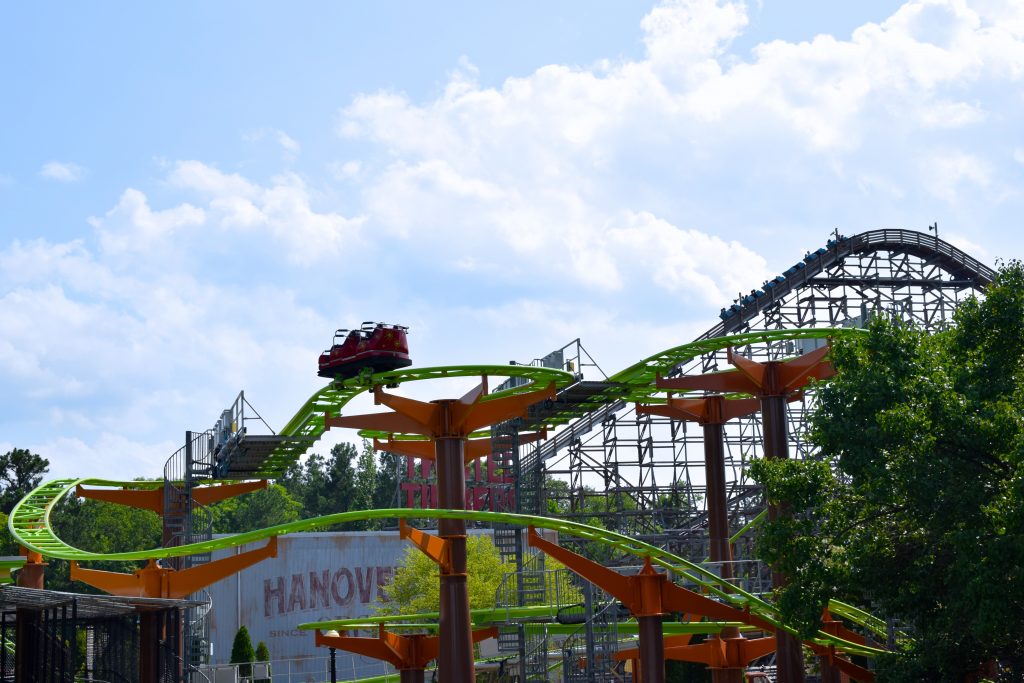 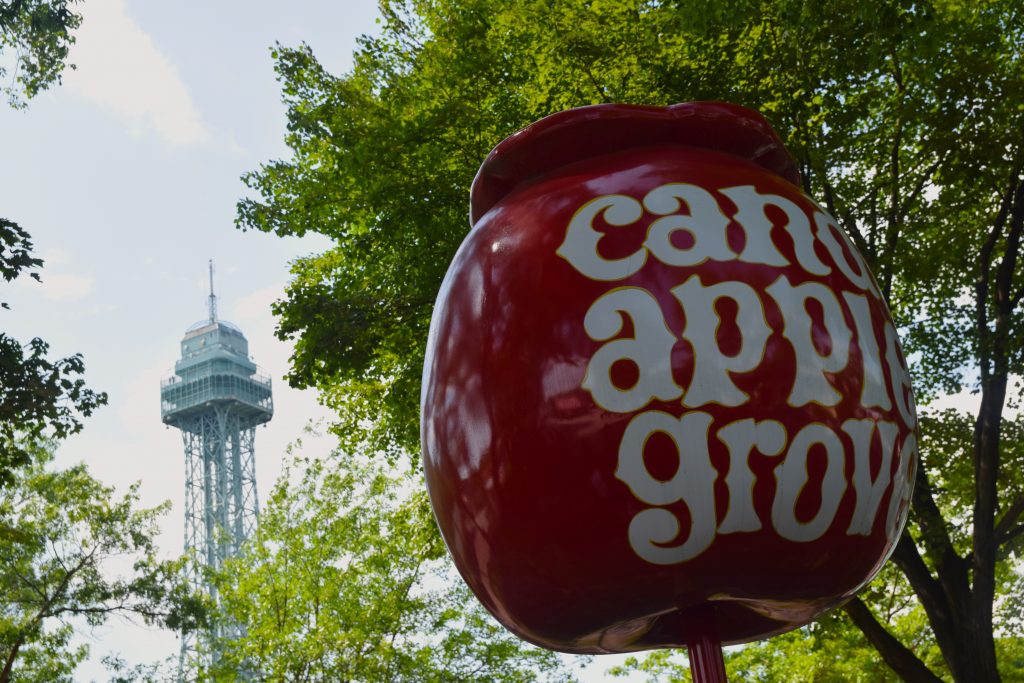 It all comes together quite nicely. If only Kings Island’s Racer ran even half as well as Racer 75. 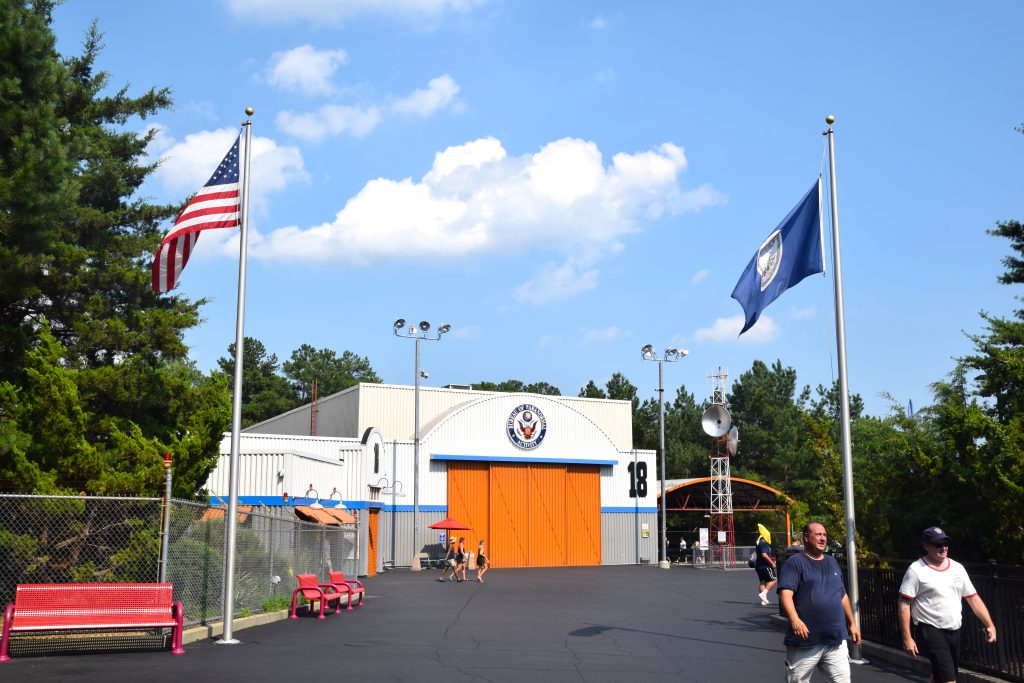 Kings Dominion’s Flight of Fear has received enhancements similar to those found on the Kings Island version, but a permanent Haunt maze has mucked up the KD FoF’s queue. 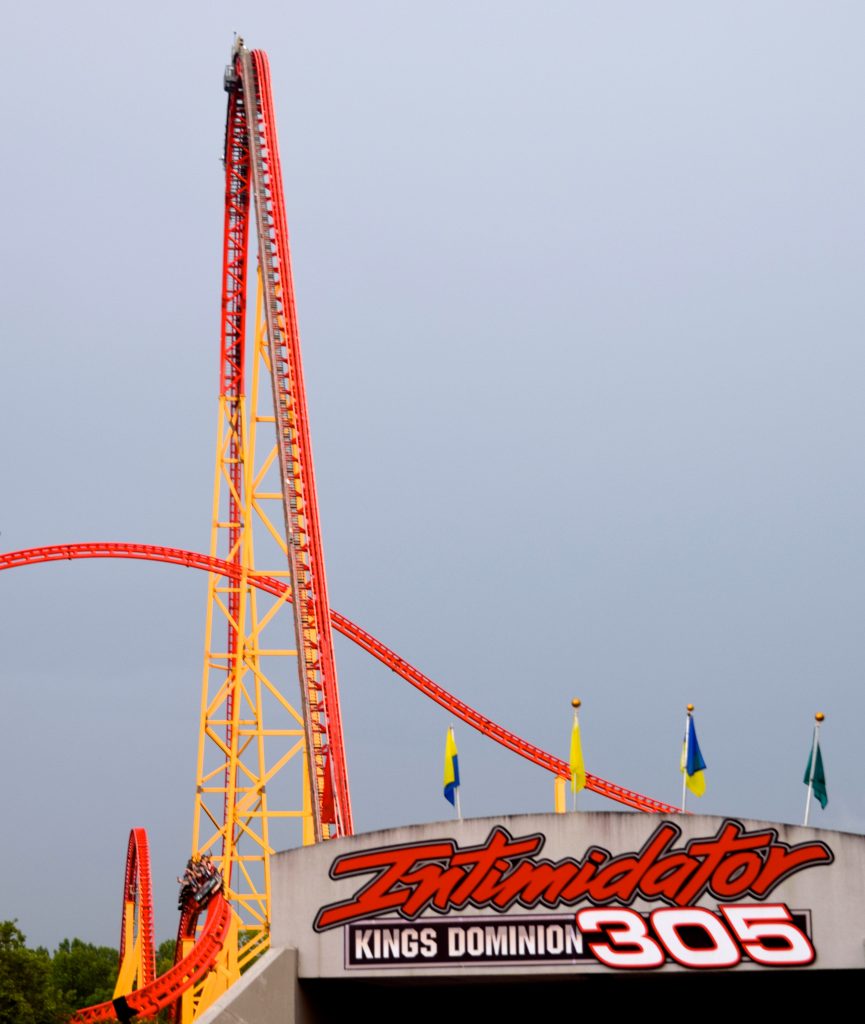 Many rides were taken on I305. Different times of day, different seats, different weather conditions. It’s a stunning ride in any circumstance; one that will leave you asking “Is this really in America? This isn’t in Europe or Asia with all of the other ass-kickers?” RMC may have helped widened the intensity palate of the average park goes in recent years, but a ride like I305 still blows away most coasters with its raw power. 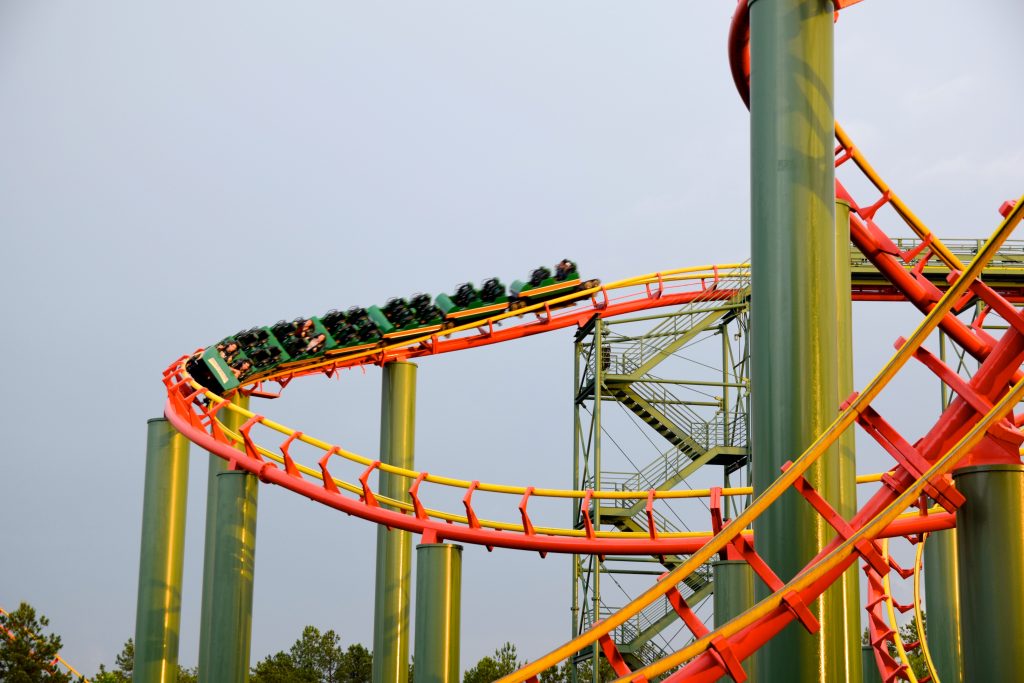 Of course, the coaster we found ourselves the most enamored with was Anaconda. 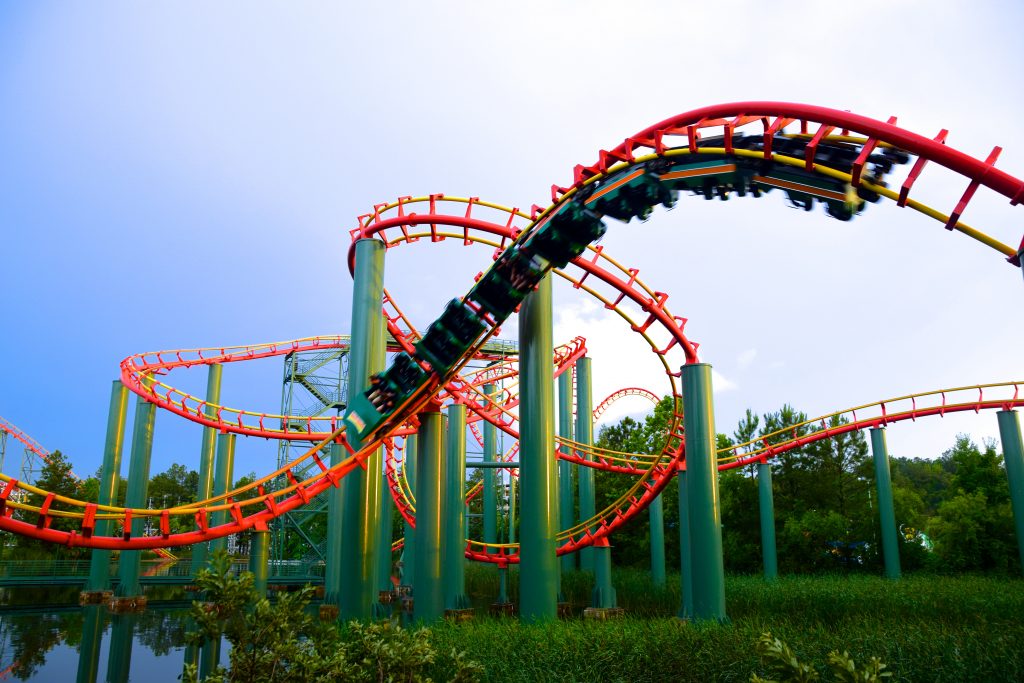 Our hunger for Arrow Loopers was well-satisfied here at Kings Dominion. With a unconventional layout, great scenery, and a shockingly smooth ride, Anaconda quickly stole the show and our hearts. 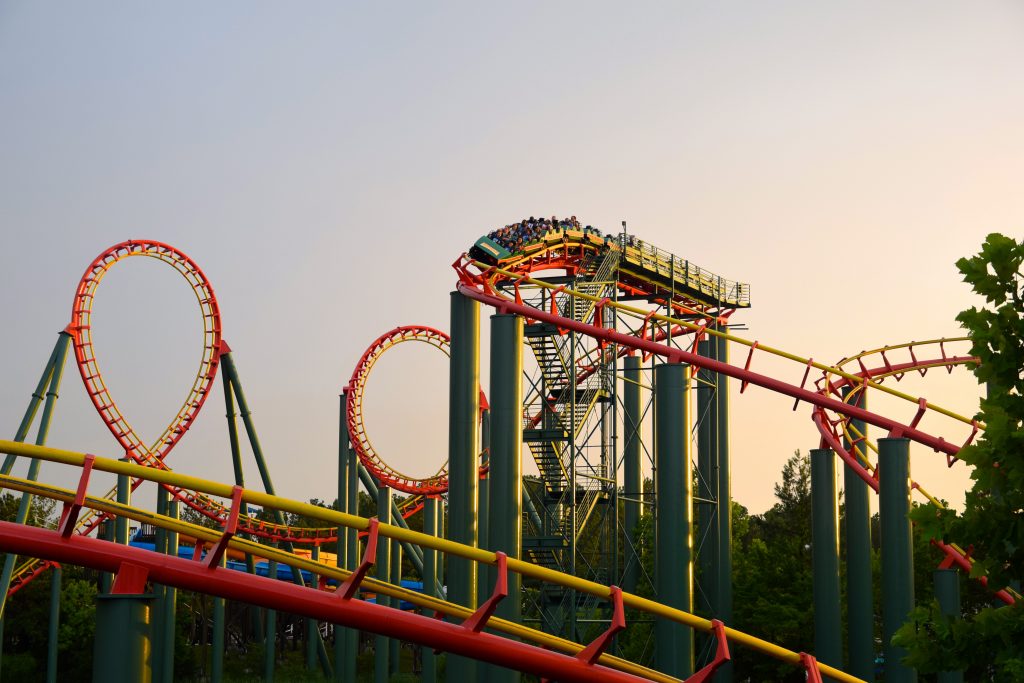 There’s shades of a lot of our favorite Arrow loopers here. One of the last such installs, there’s little bits of Viper at Magic Mountain and Vortex at Kings Island to be found, among others. 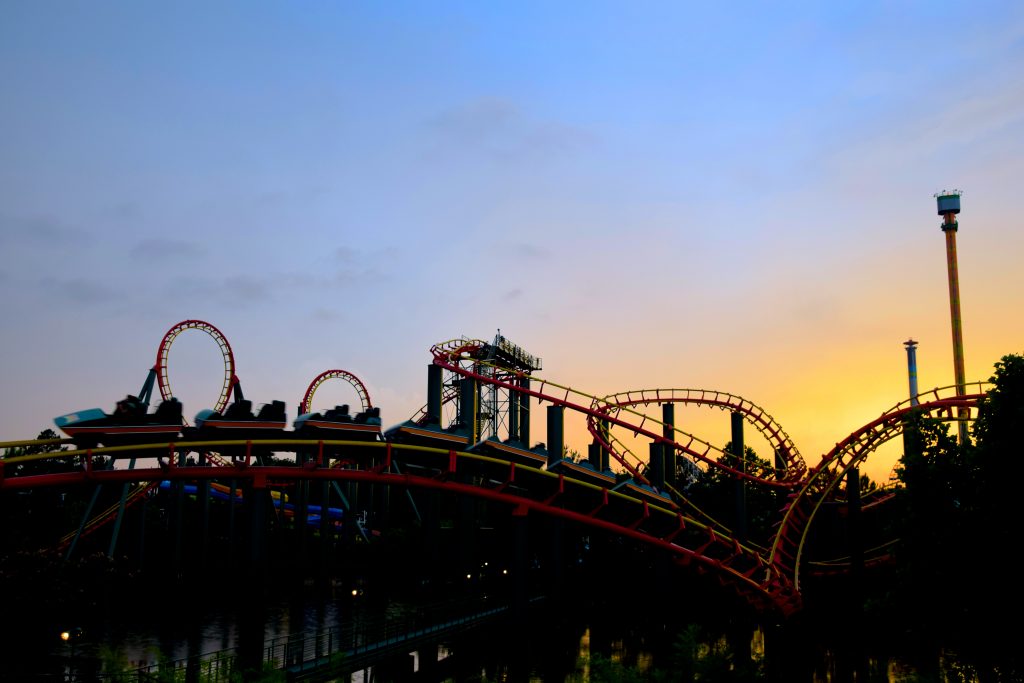 The sidewinder, even draws some Tennessee Tornado associations, especially in the ultra-smooth back seat. 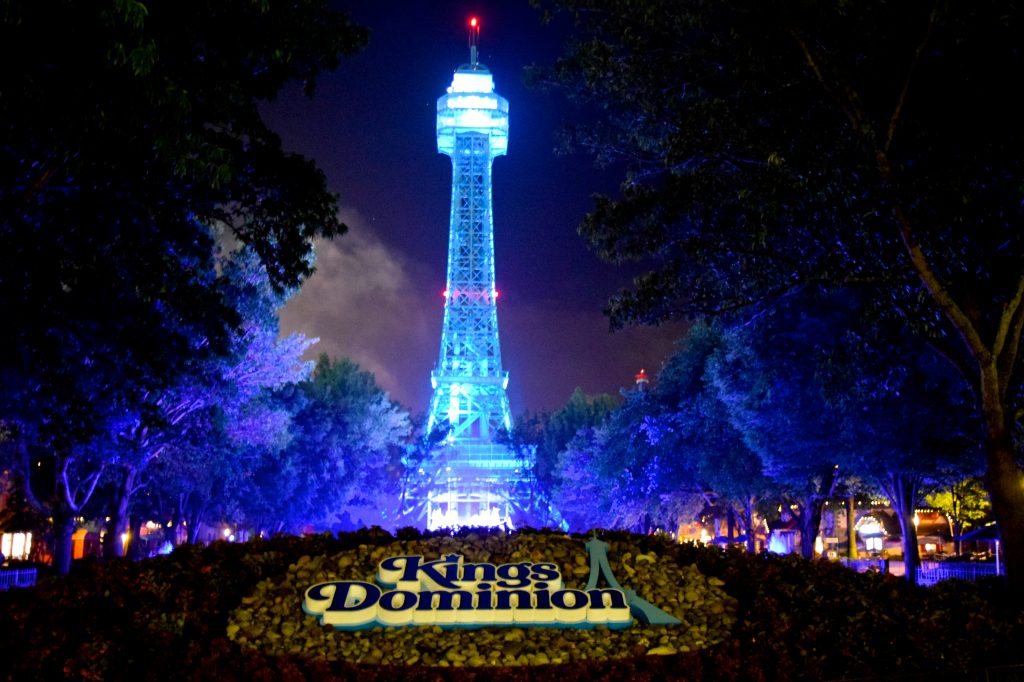 After some unforgettable twilight rain rides on the park’s wooden coasters and some I305/Anaconda/Avalanche ERT, we called it a night. 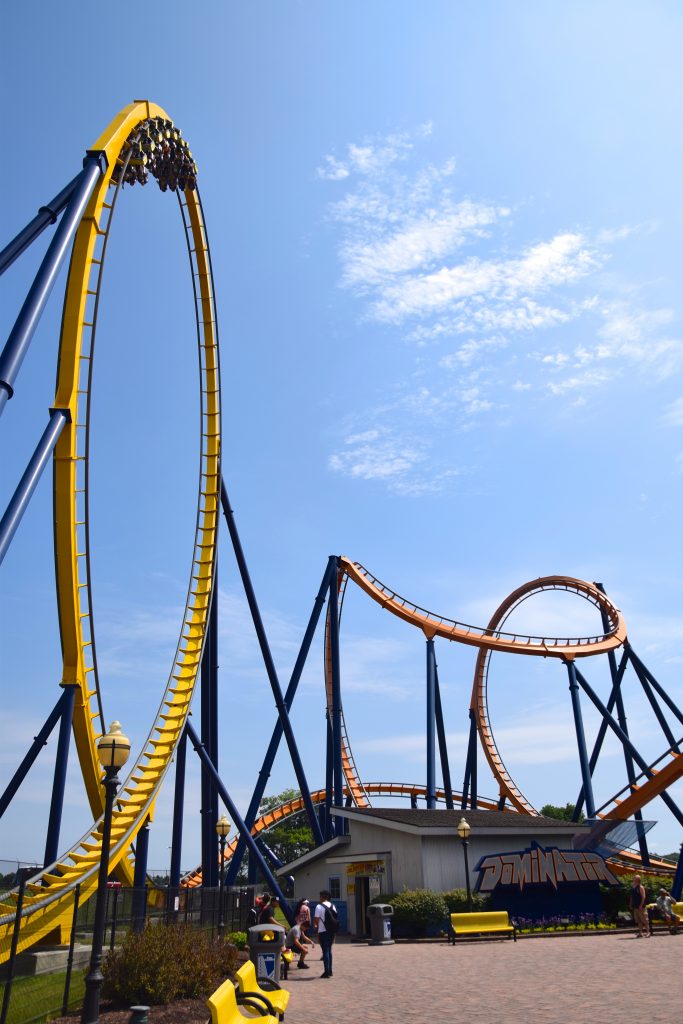 The next morning, we spent some quality time with Dominator (or “The Dominionator” as I like to call it). 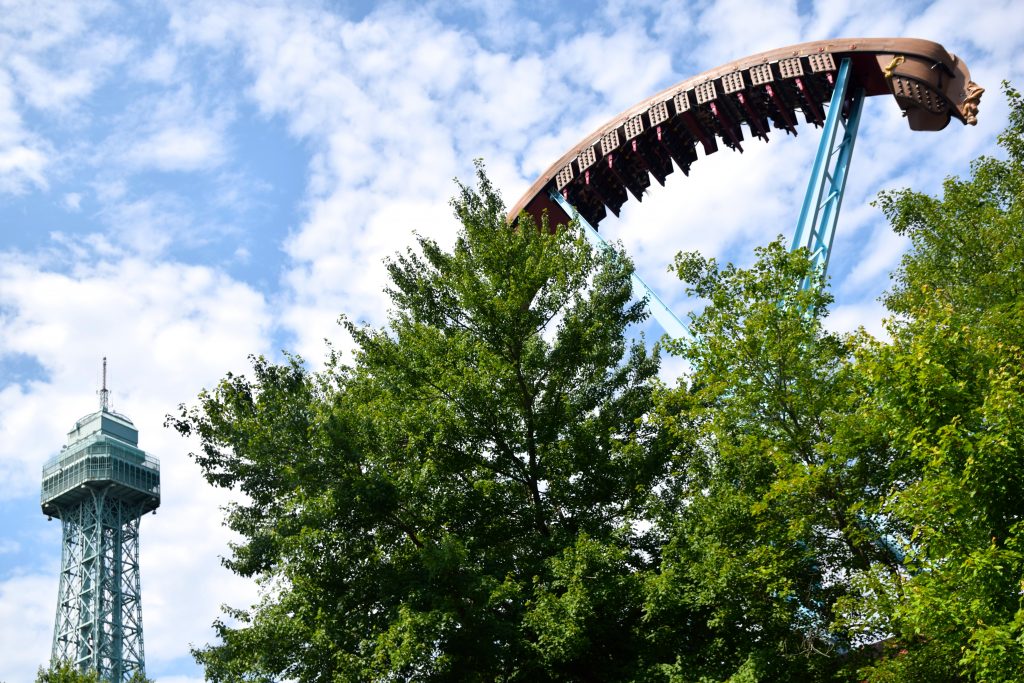 How about a visit to the top of the Eiffel Tower? 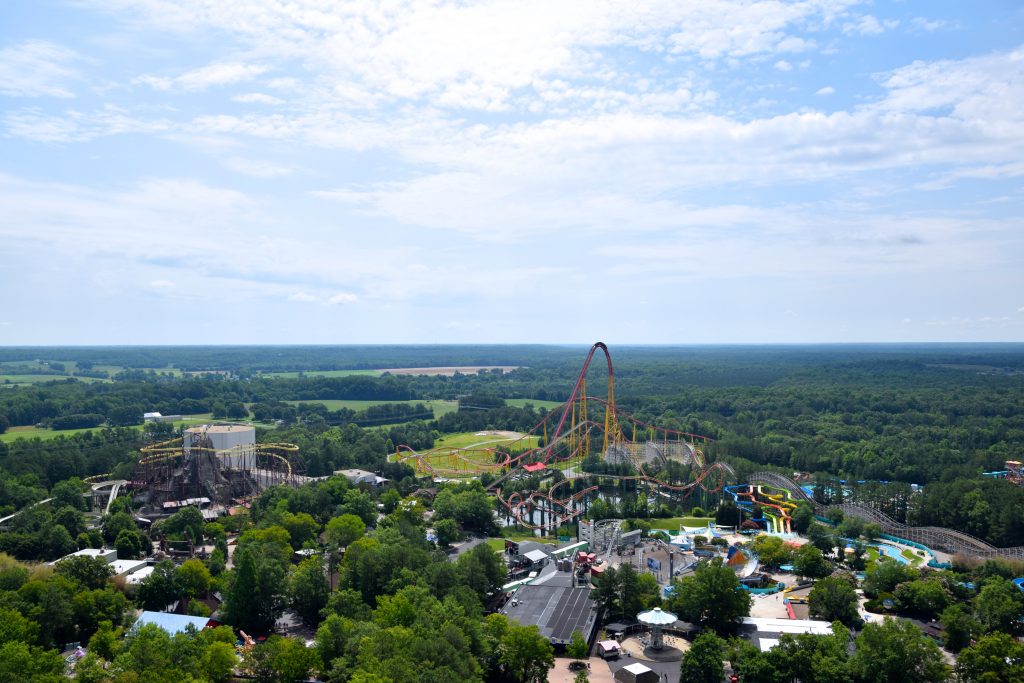 (in case you’re wondering, no, Volcano was not open on our visit. It’s basically east coast Xcelerator, so no-one was surprised). 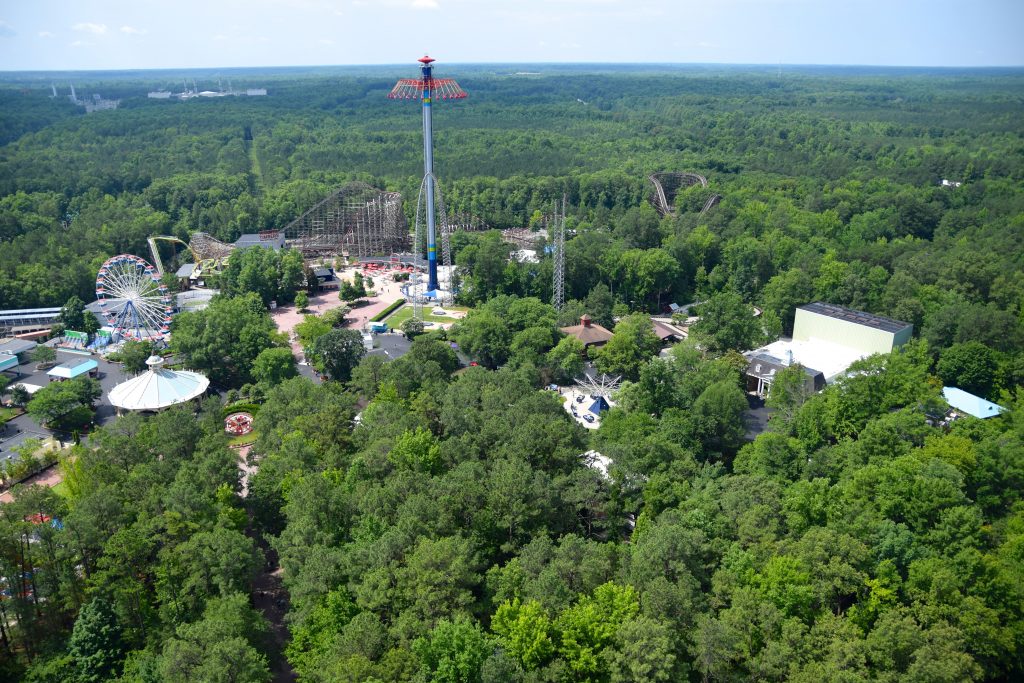 Look at all of these beautiful trees! Are you looking, Kings Island?? 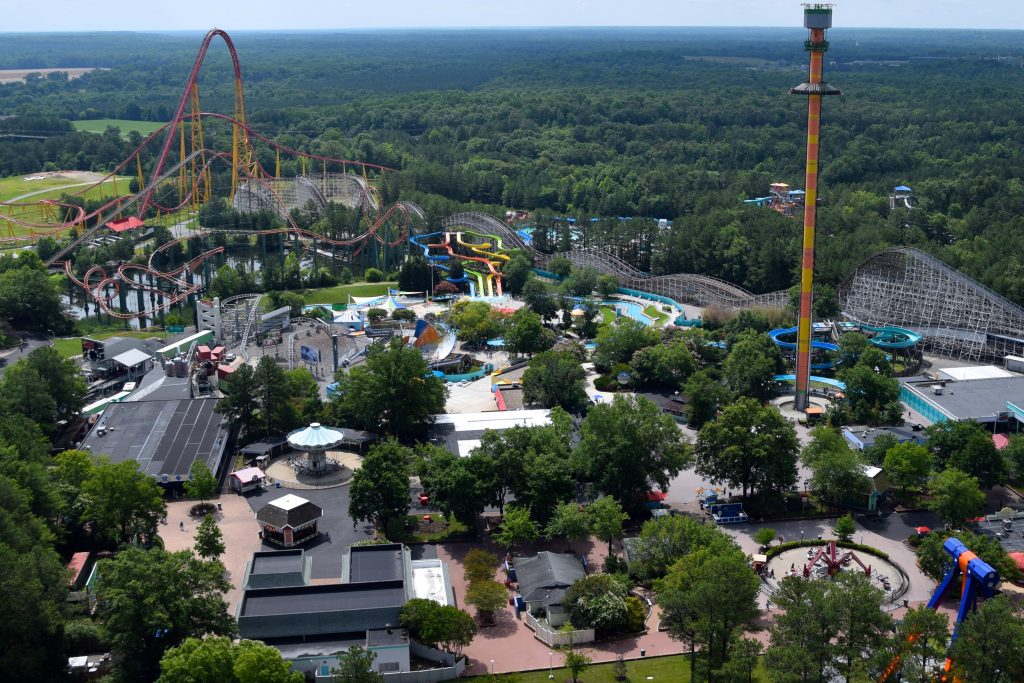 Also: We rode Backlot Stunt Coaster twice, but I neglected to take any pictures of it up close. Kings Island’s is the nicest-looking and the easiest to photograph; this one I sorta just forgot about. 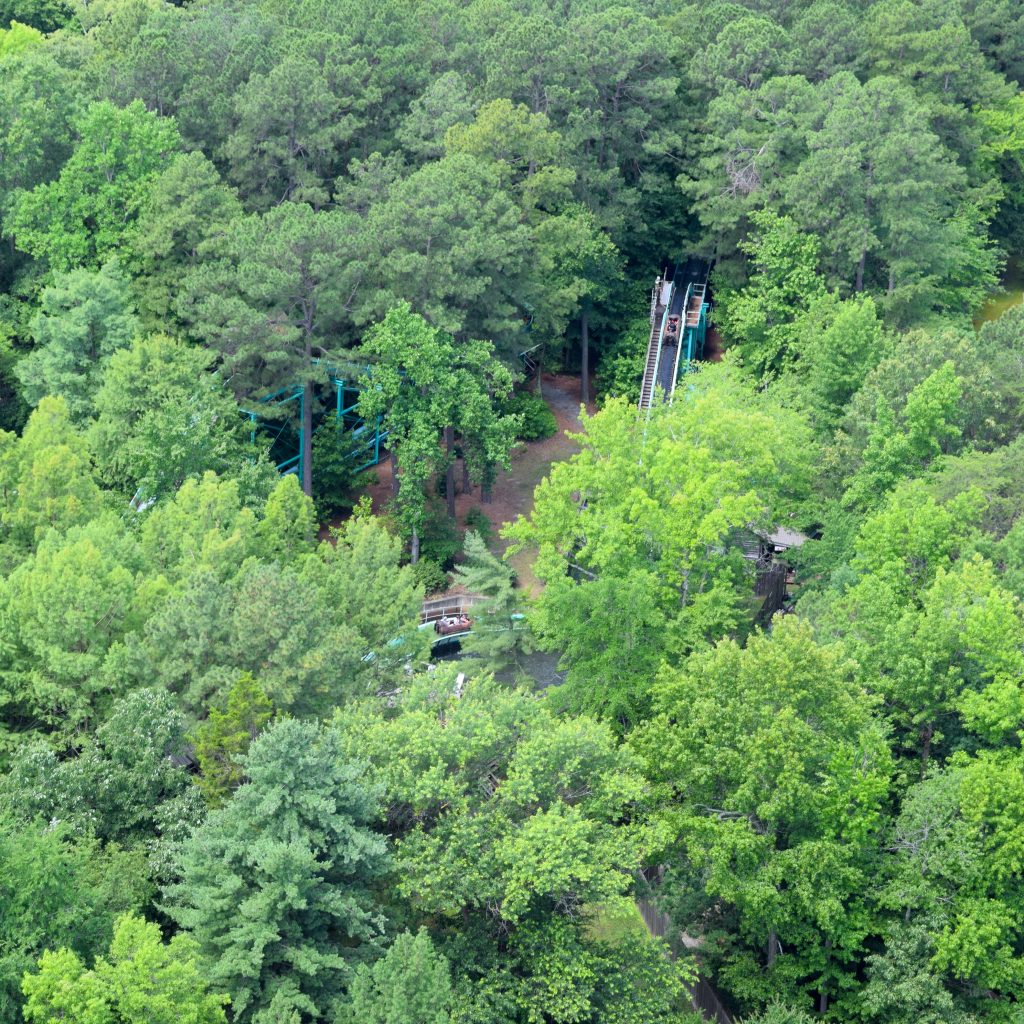 But here, have a 5th shot of the Shenandoah Log Flume. 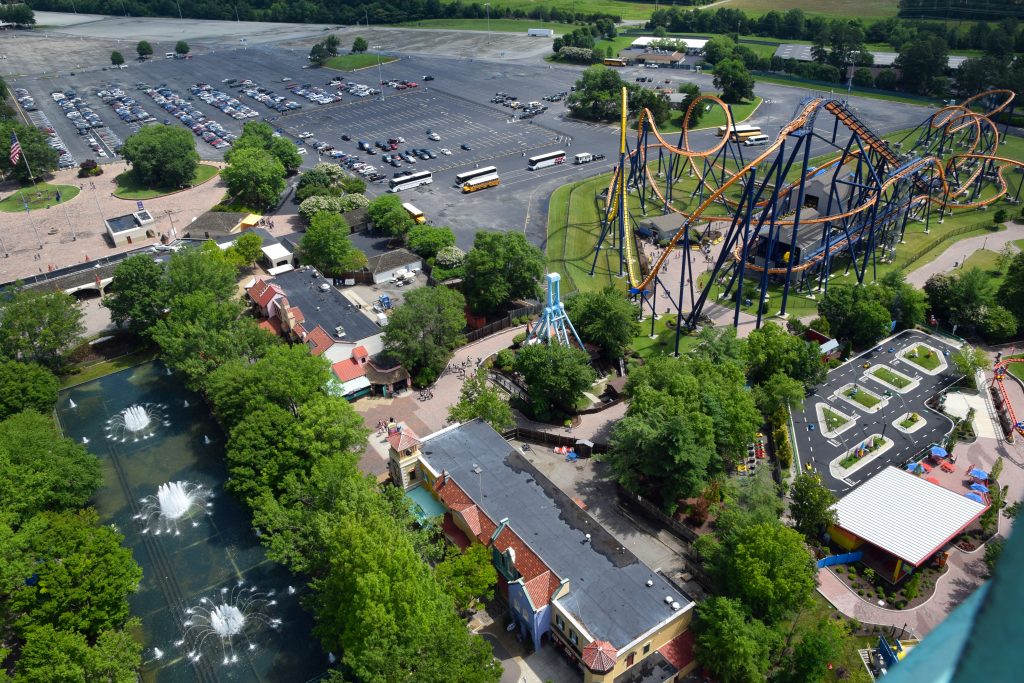 Dominator’s little wing of the park looks very Kinzel-era Cedar Fair. It would really benefit from some more foliage. 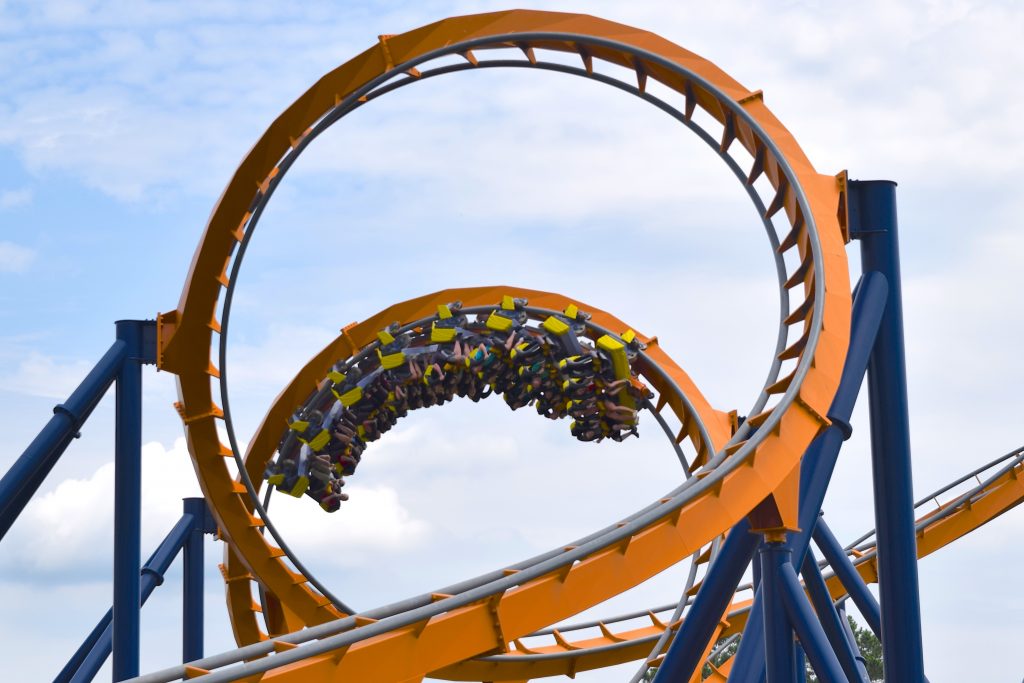 Having said that, unobstructed views of the ride aren’t without their charms. 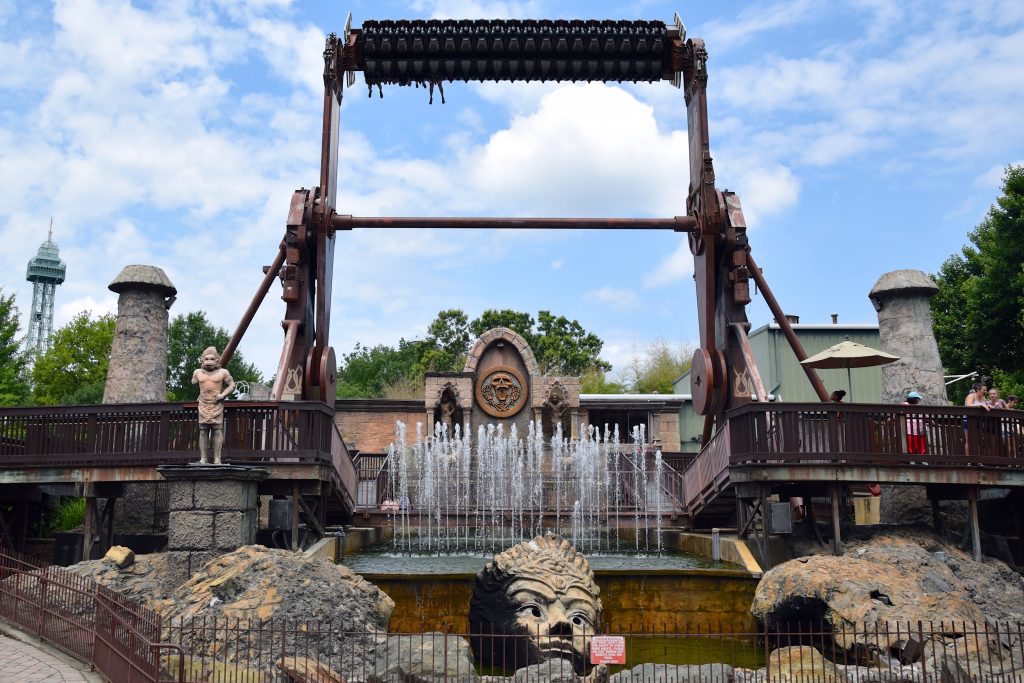 Kings Dominion’s Huss Suspended Top Spin has developed a status of notoriety now that it’s the last of its kind in the Western Hemisphere. With Knott’s and Valleyfair’s both gone, The Crypt is one of only 3 that I’m aware of, along with Double Rock Spin at Everland and, of course, our beloved Talocan at Phantasialand. 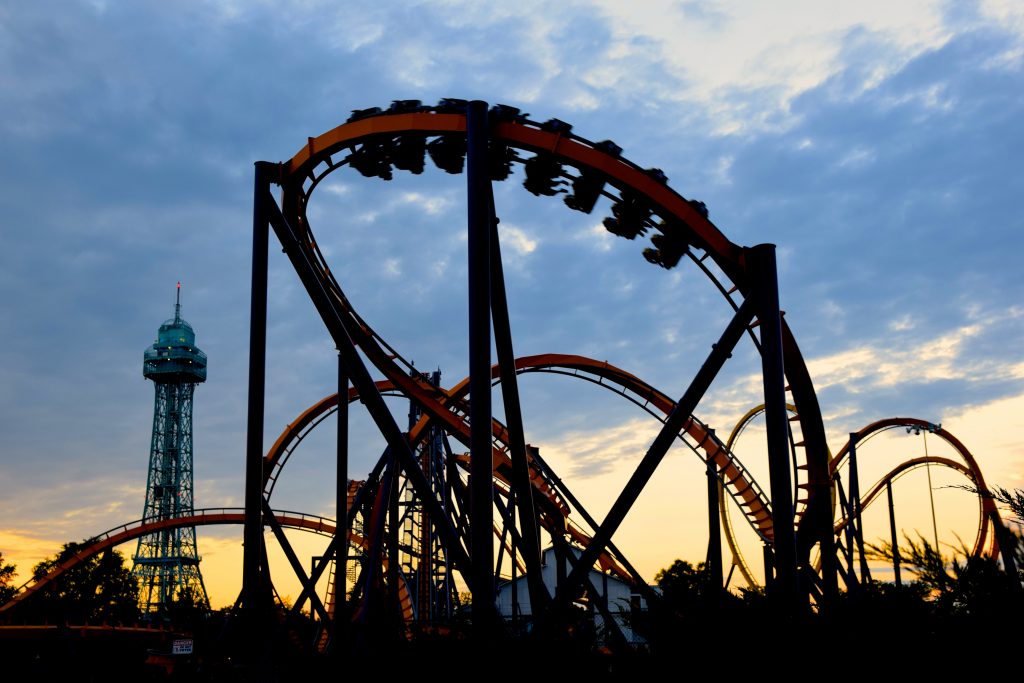 We had more than enough time to hit all of Kings Dominion’s coasters numerous times, but both days at the park were plagued with tremendous thunder storms in the afternoon. The weather totally cancelled our evening ERT on day 2, but with such light crowds during our entire visit, you could say we had ERT the whole time. 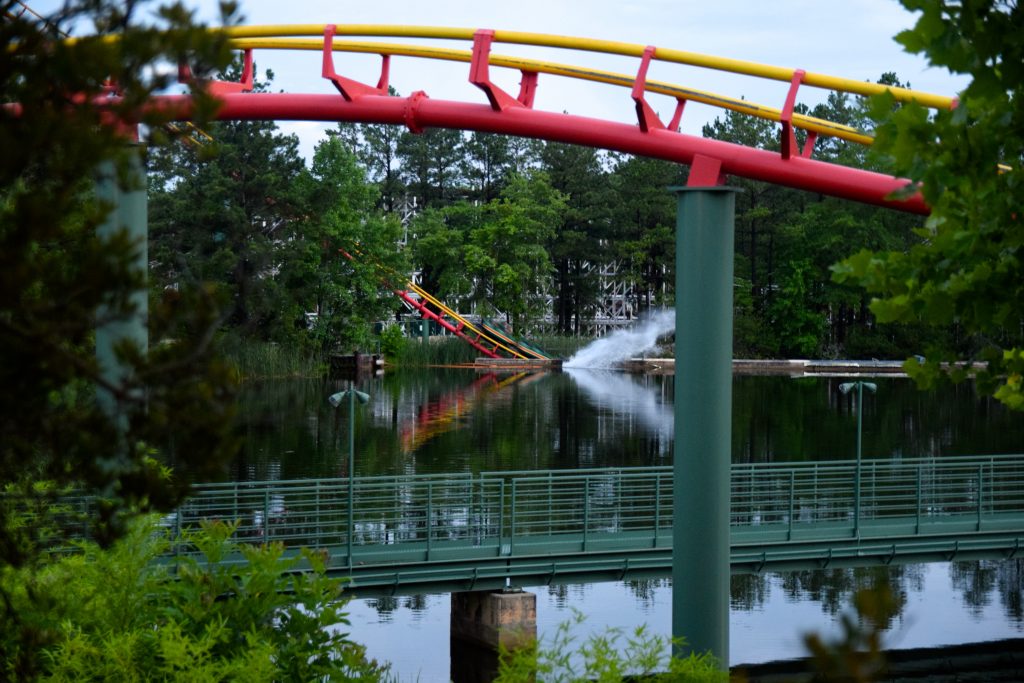 We’ll cap off this report with a shot of Anaconda‘s underwater tunnel cannon, which surprised us with its presence during our last rides before the rain hit!

Cheers, Kings Dominion! We’ll be back for Volcano soon!

That about wraps things up here at Kings Dominion! Join us tomorrow for the park we’re most excited for on this trip, Busch Gardens Williamsburg!

Thank you for checking out this Kings Dominion report! Check out our recent Kings Island report while you’re at it!