Sven: Since the Walt Disney Company took over the resort in Paris, we have seen quite a few changes. One look at the event calendar and you’ll have a hard time planning when to visit. Traditionally, the summer seasons holds a special theme though and this year, something brand new awaits you. What they can’t do in California, they can do in Paris: the Marvel Summer of Heroes!

In continuous efforts to expand our offerings for our readers, our content on the site will soon include special European coverage by our European Coaster Kings team. As we work on merging the two websites, please enjoy our European coverage sporadically. More information regarding the future of californiacoasterkings.com will follow soon.

So last year Disneyland Resort celebrated Summer of Heroes. That inspired the Paris team to do the same thing in their Walt Disney Studios park. The first difference is of course the name: with no Universal in its way, it’s called Marvel Summer of Heroes. Is that important for the European crowds? Well, at first I thought no because the brand is not that strong compared to the states. Nevertheless, after visiting the parks, I think it does make a difference after all. With all those movies that came out in the last few years, the name stuck cause European crowds are loving the theme. 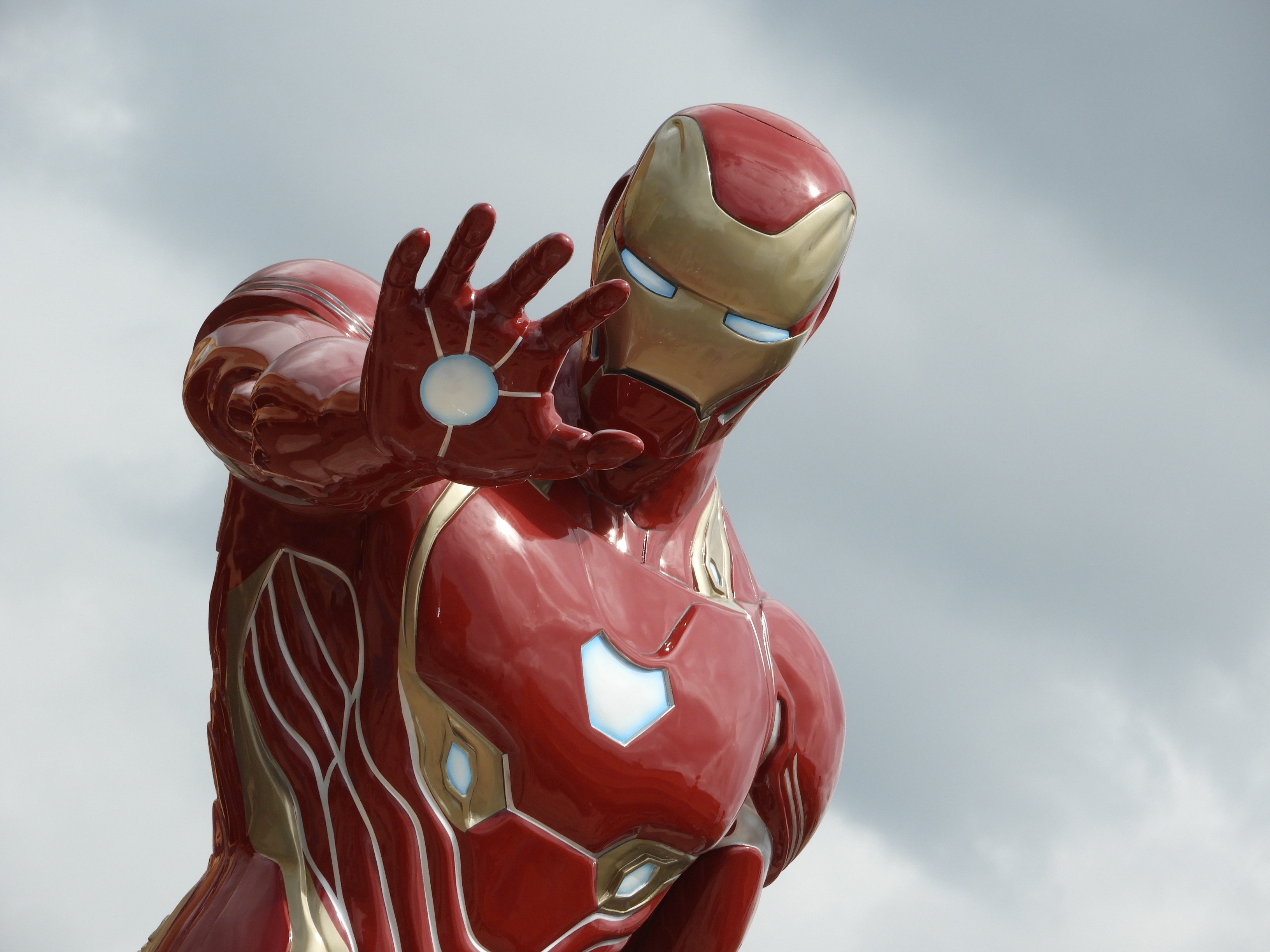 But let’s get to it! What can you expect at the Walt Disney Studios park for Marvel? Well, basically it’s three shows, merch, a few decorations and food! Each time a theme takes over the park, you need to go to the Place de Lumière square near Tower of Terror. Besides hearing the Marvel score booming on the square, you’ll immediately notice three giant statues: Black Panther, Iron Man and the Hulk. Great additions that trigger loads of selfies by guests. 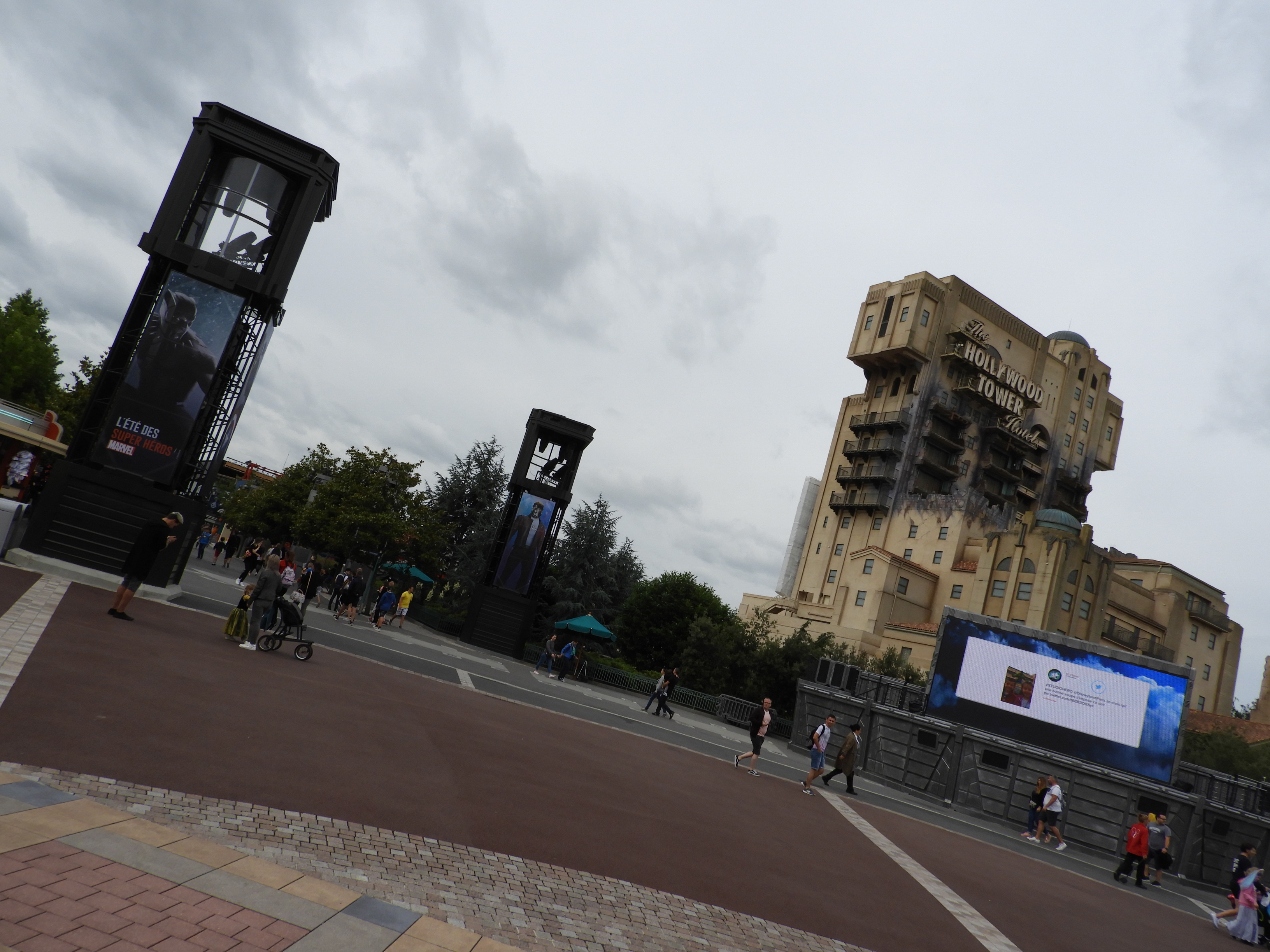 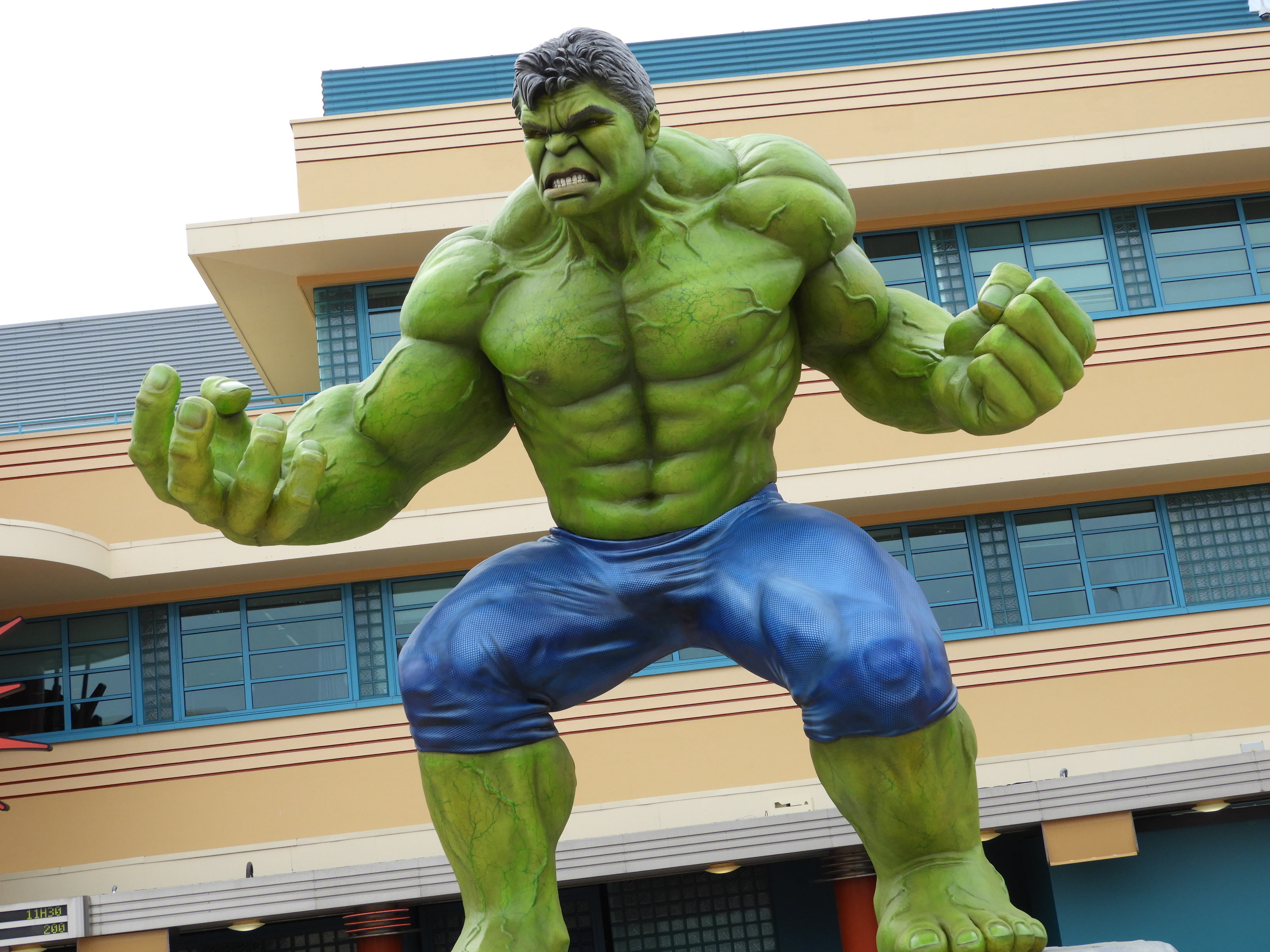 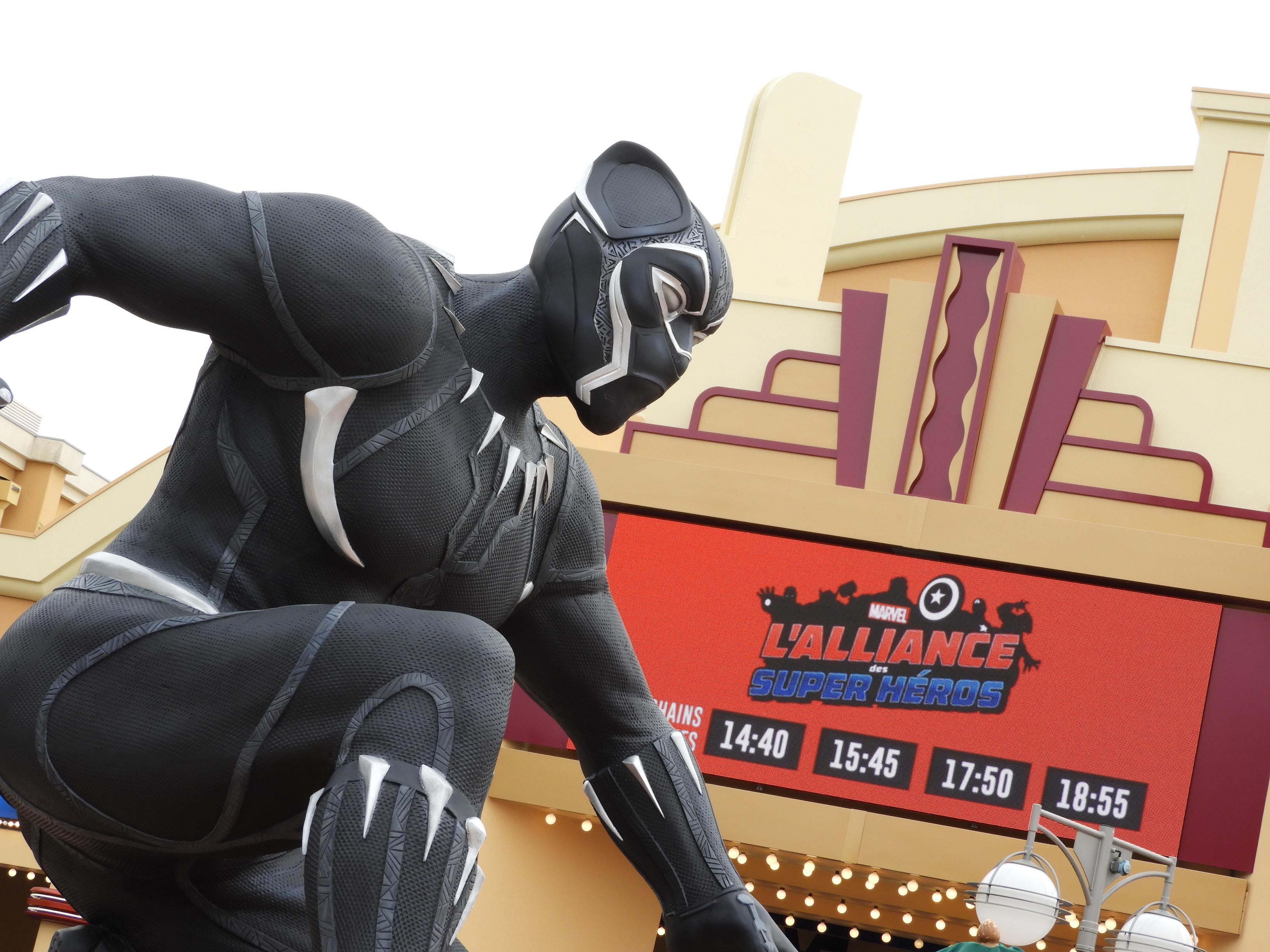 Also here, you can see the stage for the Stark Expo presents: Energy for Tomorrow! show featuring Loki, Black Widow, Spider-Man and Thor. The story is simple, some exchange students come to Paris for Tony Stark who is in Hong Kong (now why would that be?). Except Loki comes to mess things up so that the heroes need to stop them. A simple but effective show where especially Spider-Man is an important aspect for the European crowds, who is on the roof on the other side at first! 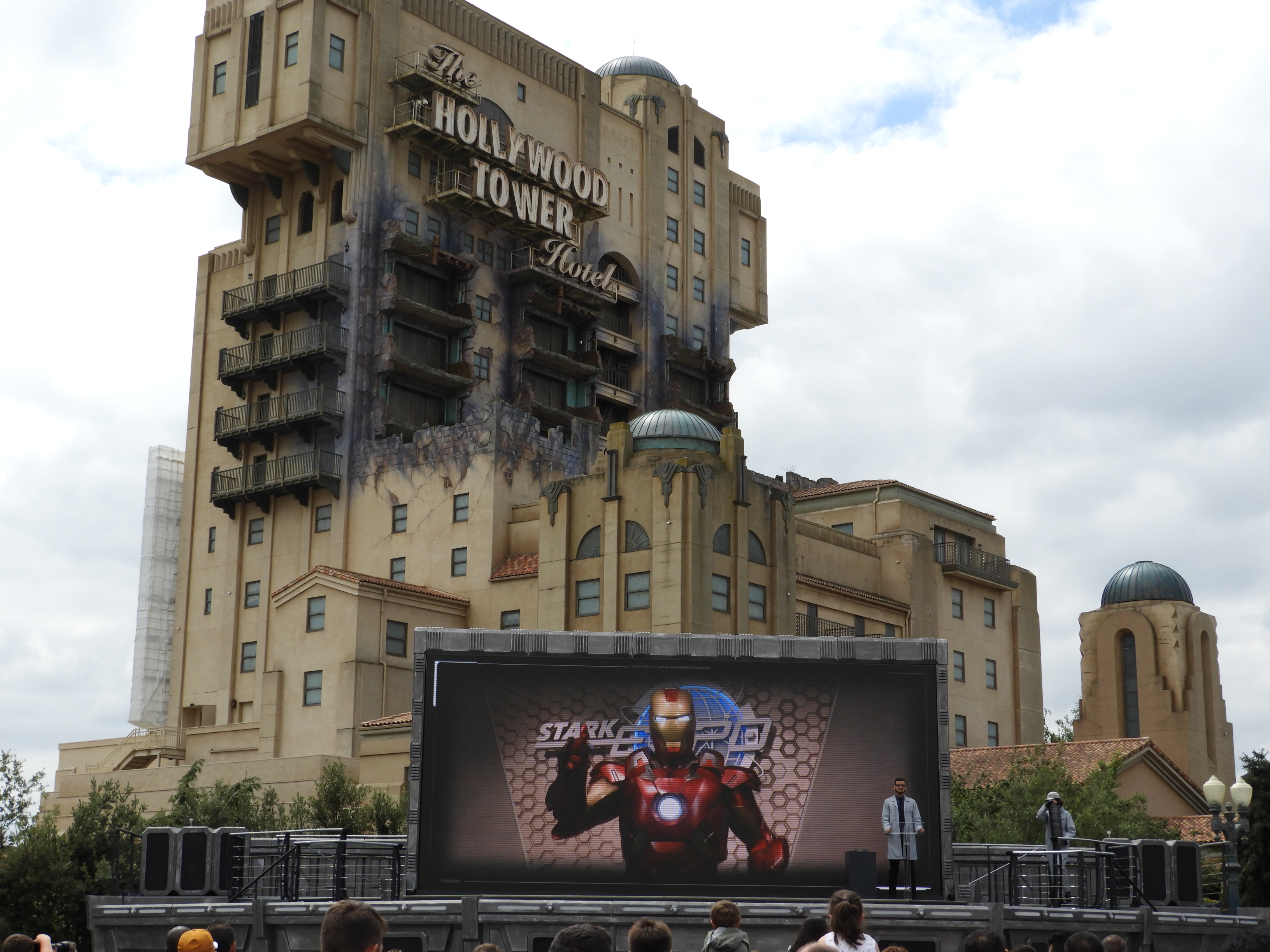 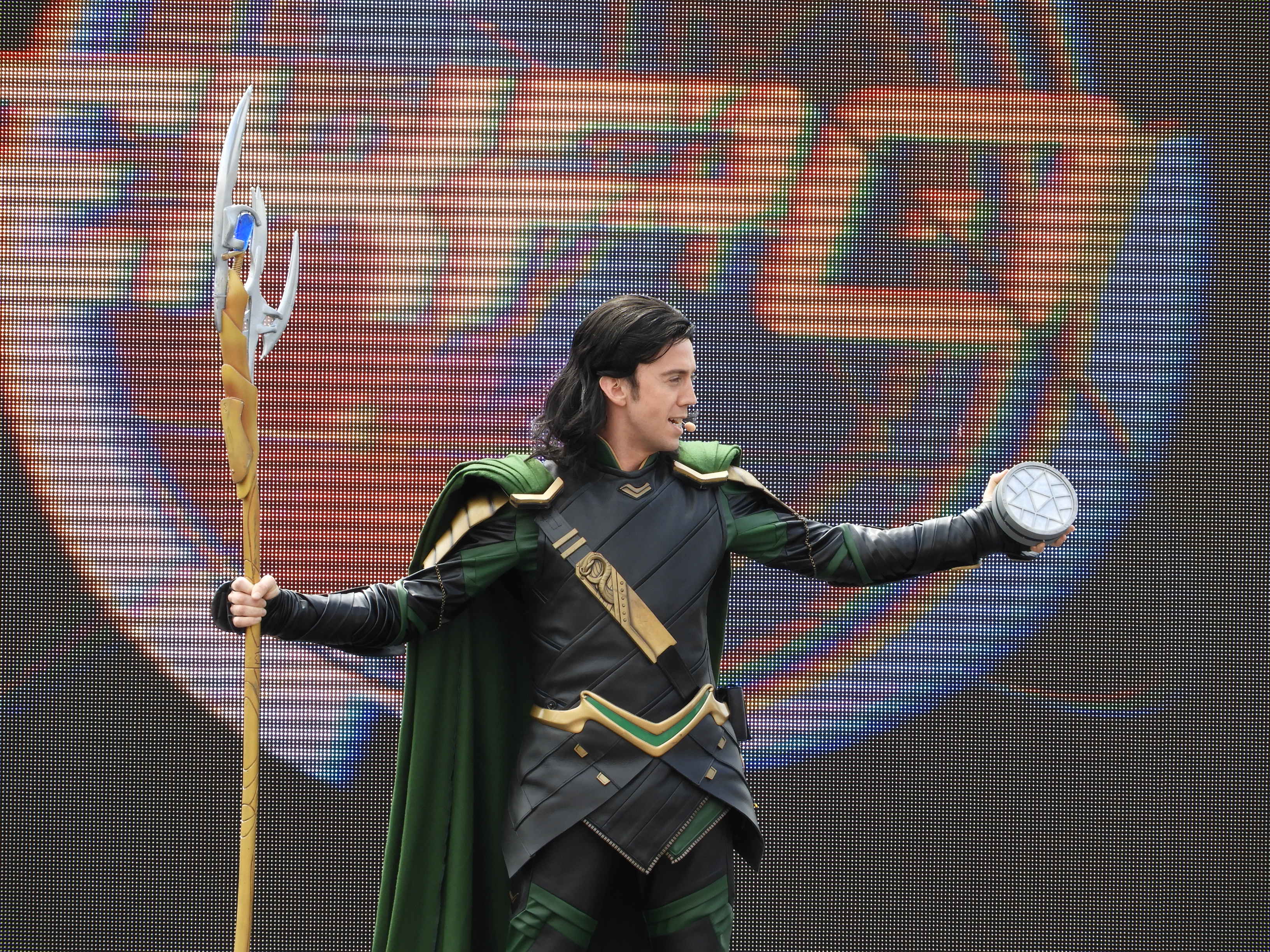 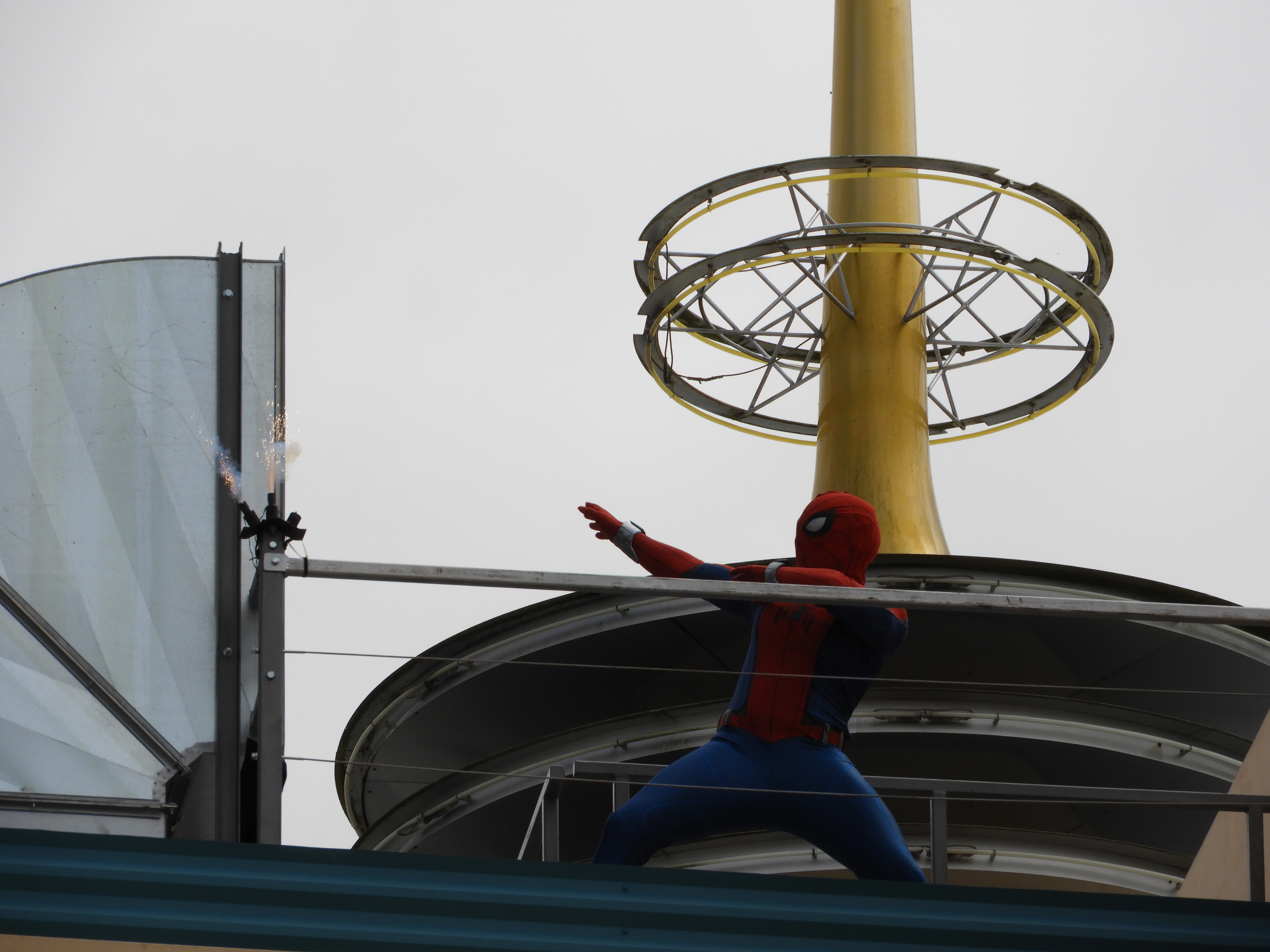 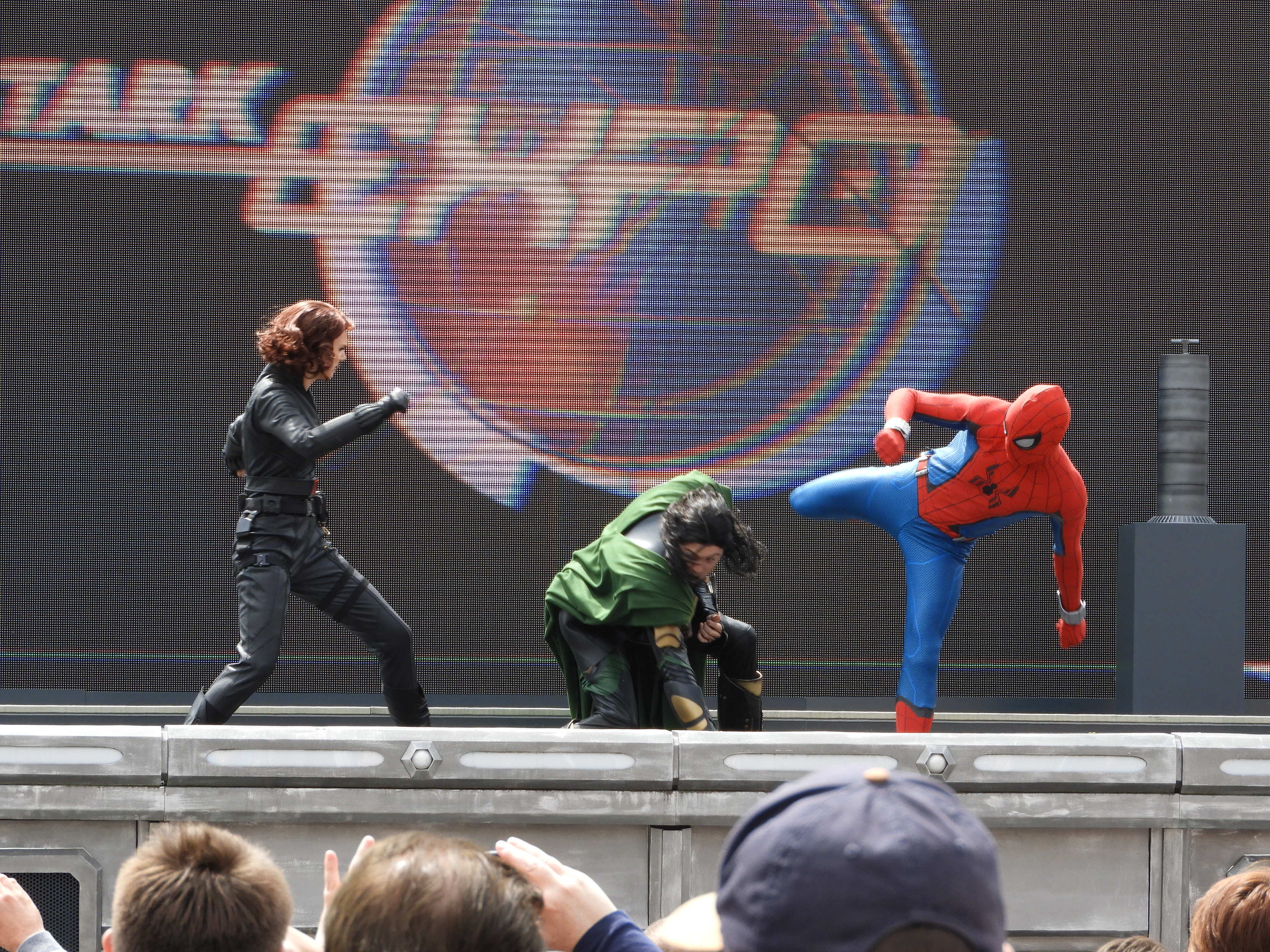 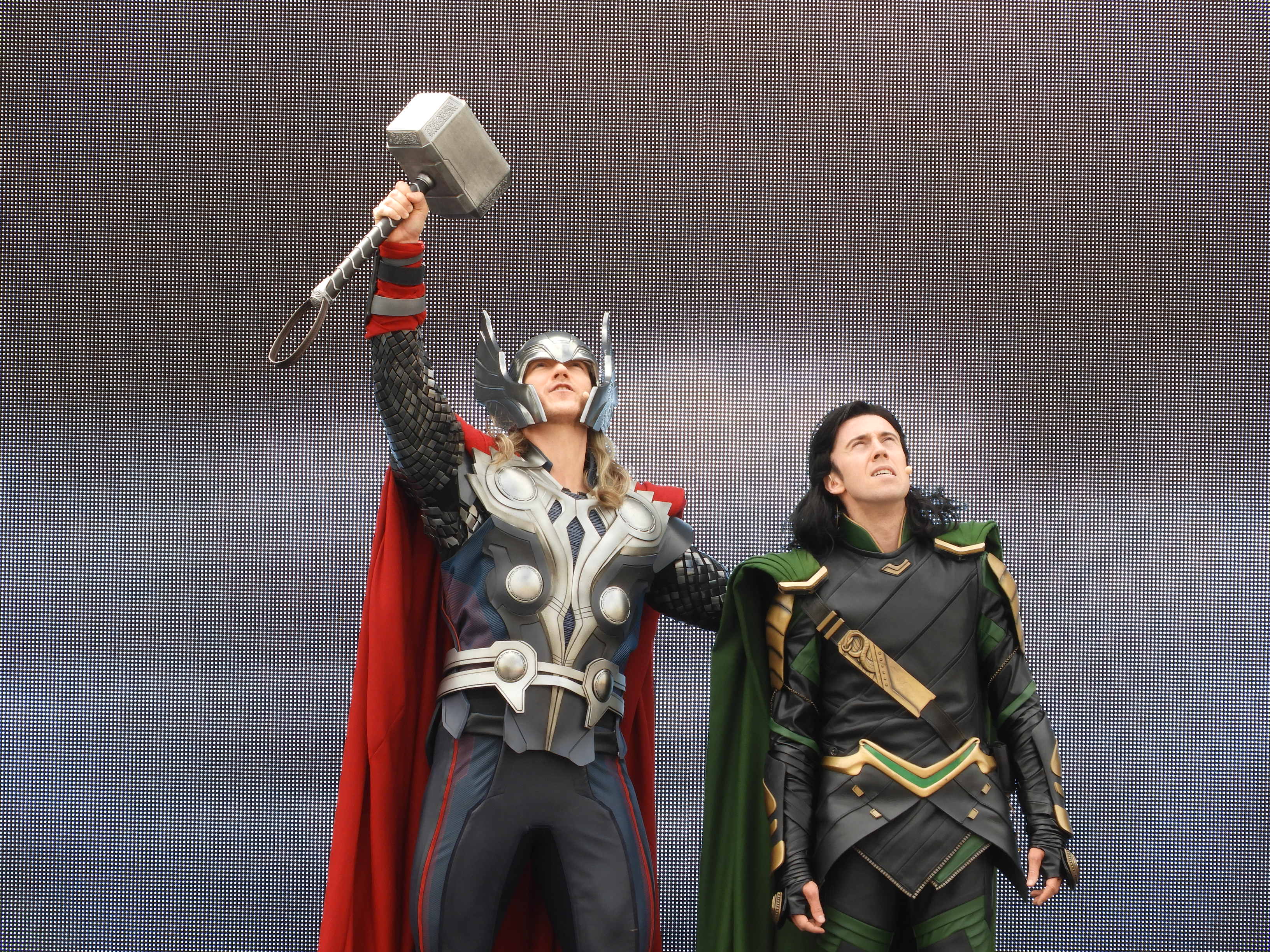 The second show is Guardians of the Galaxy: Dance Off! Yes, also in Europe, the movies scored high which made people love the characters. In this show, only Star-Lord and Gamora make people dance to the iconic movies of the 80’s. Well mostly Peter Quill, cause Gamora is basically standing there and looking angry. 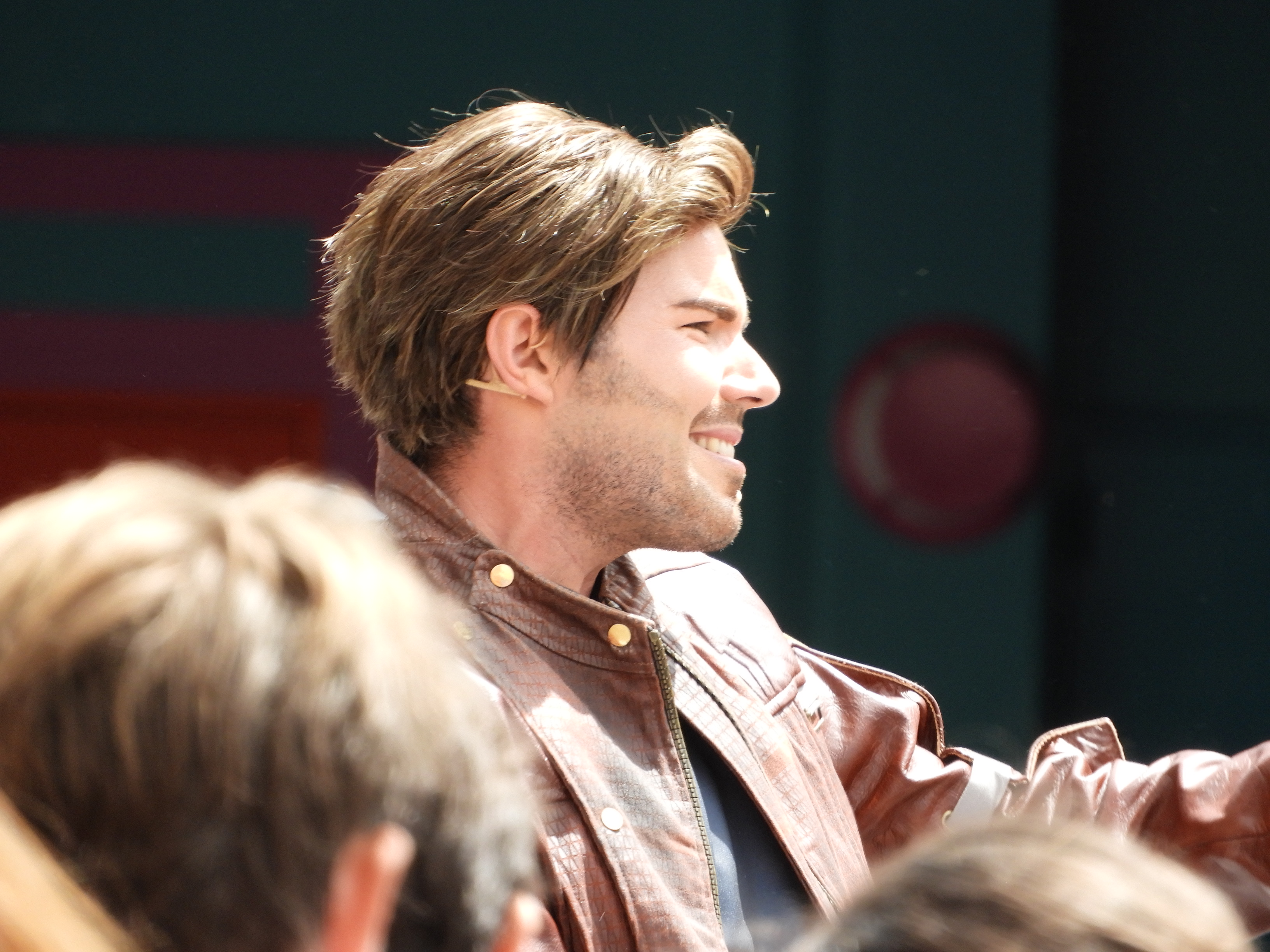 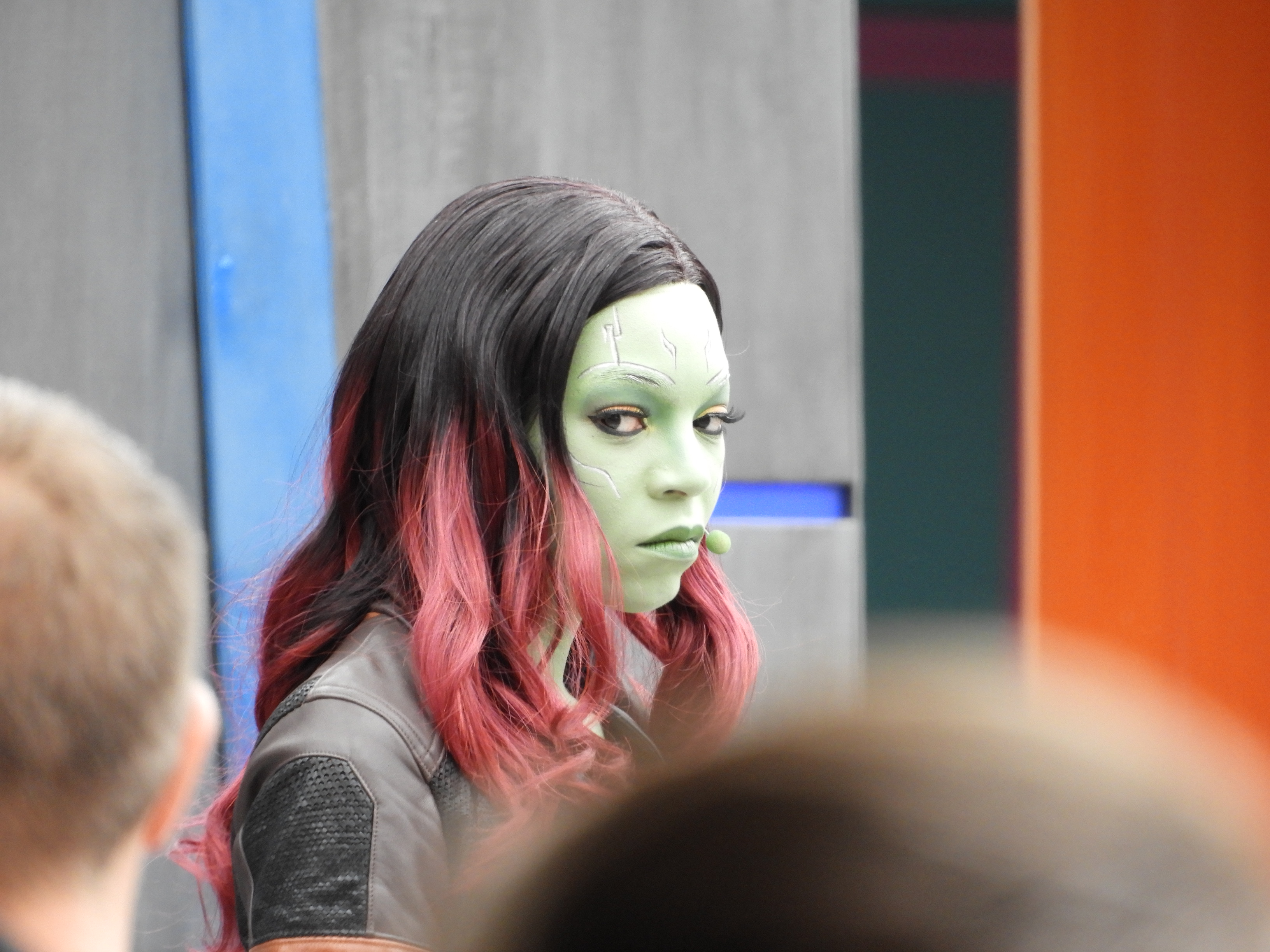 The highlight of the new season however, is Marvel Super Heroes United. We said goodbye to the former iconic Cinémagique show last year. Now the theatre has a new, more simple, name: Studio Theatre. I preferred that they kept the name, like the Animagique Theater that has the Mickey and the Magician show. But what’s in a name I guess? Well, rumor has it that once the Marvel show is gone, it will be used for other seasonal shows such as Mickey’s Big Band and The Forest of Enchantment. 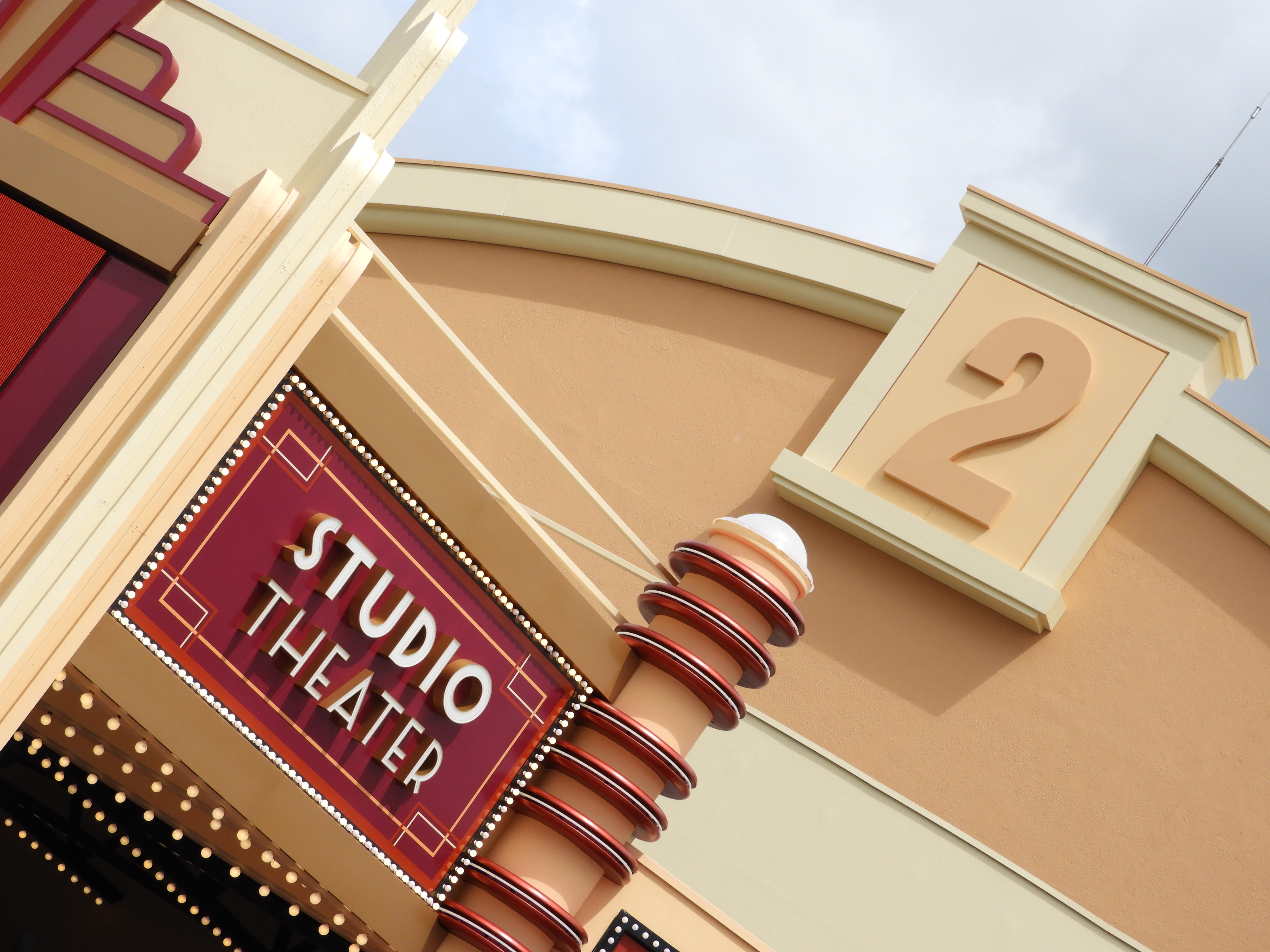 Anyway, the show is very popular as the only thing people know is that it features almost all the Avengers: Iron Man, Captain America, Black Widow, Spider-man, Doctor Strange, Thor, Hulk, Scarlet Witch and Black Panther. On top of that, also Nebula is a character and Thanos is the villain. If you are there one hour before the first show it’s no luxury, cause it will be full and you’ll have to wait already for the second show. So be prepared! Also, choose to queue on the right side as it is close to the Guardians of the Galaxy show which is quite entertaining to wait with. 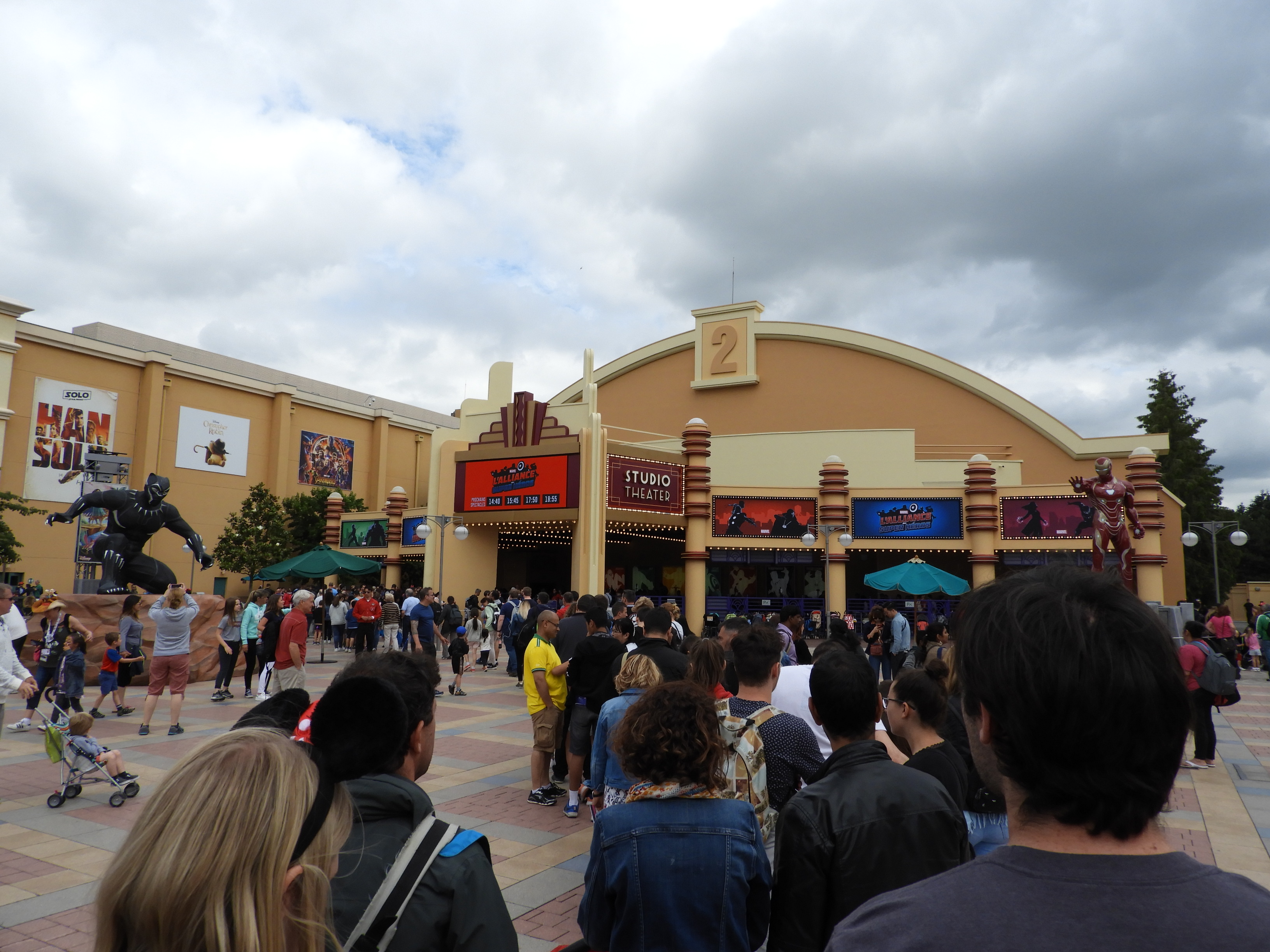 The queue area transformed quite a bit with posters of the heroes instead of the former movie posters plus the entrances now have a longer entry door. 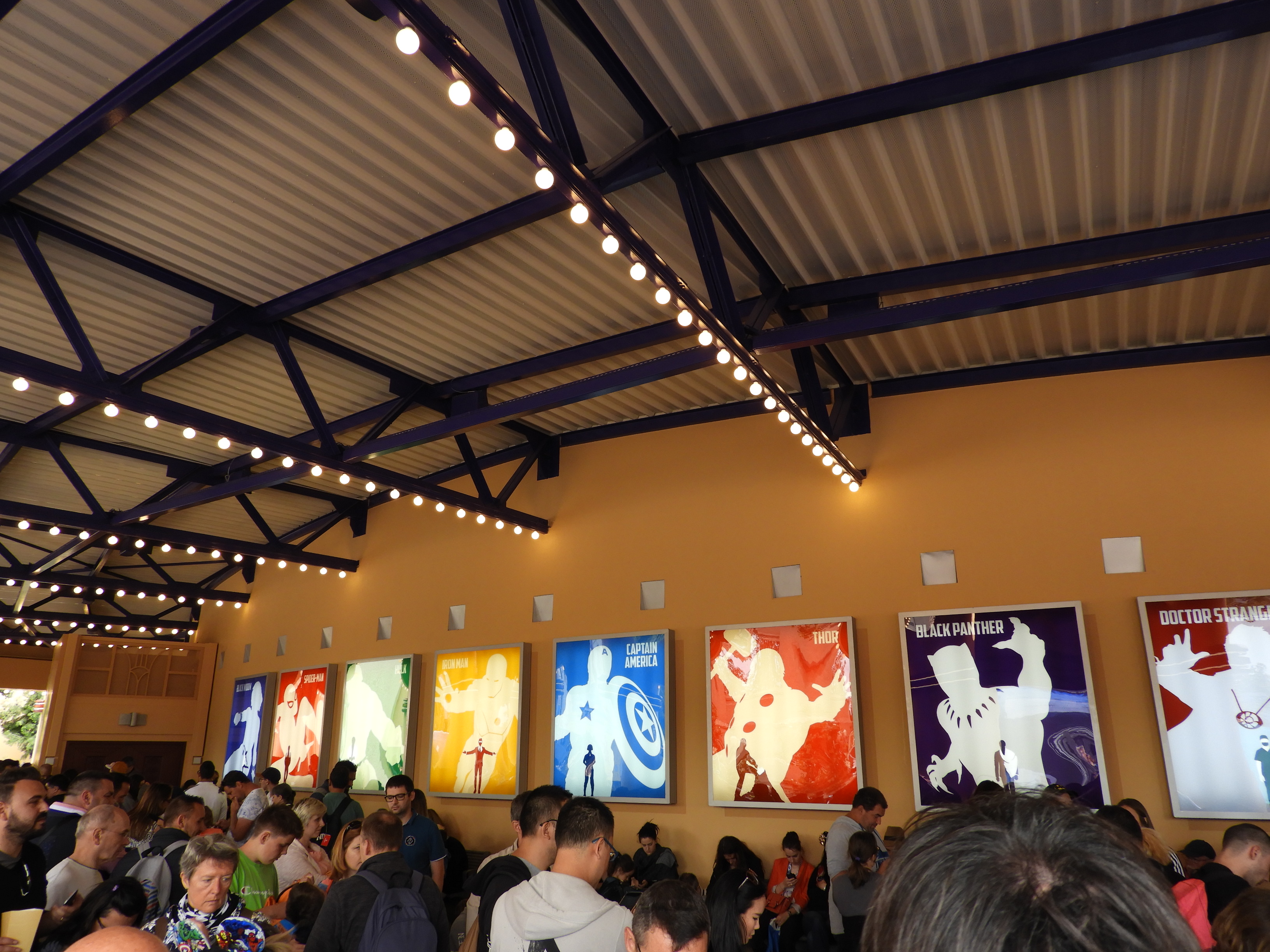 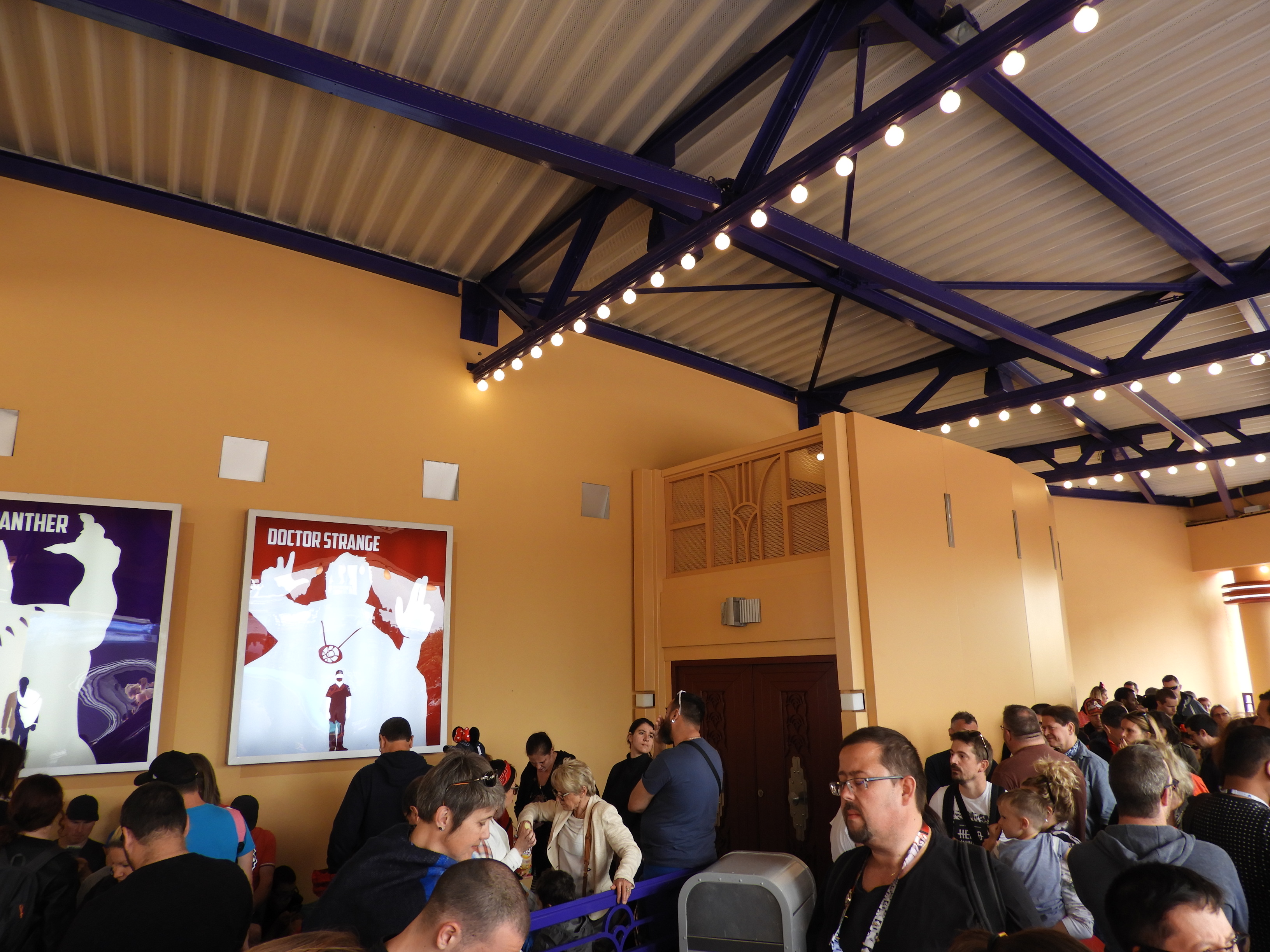 Once inside, you’ll notice why as you enter through a sort of modern space themed tunnel! 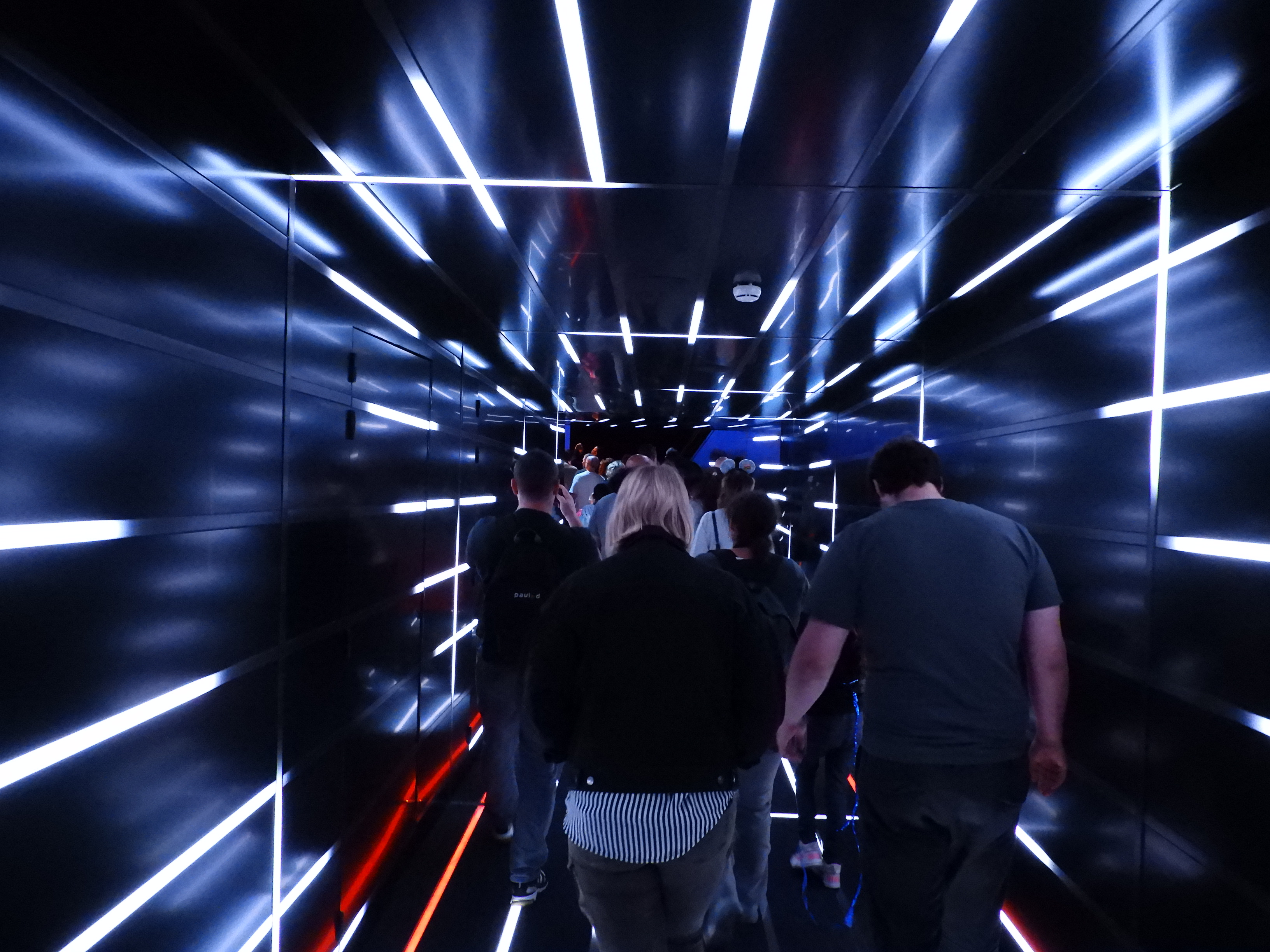 No more red curtains on stage but a pretty empty large stage. Next to that, they now project comic versions of the heroes on the sidewalls which I find pretty neat! 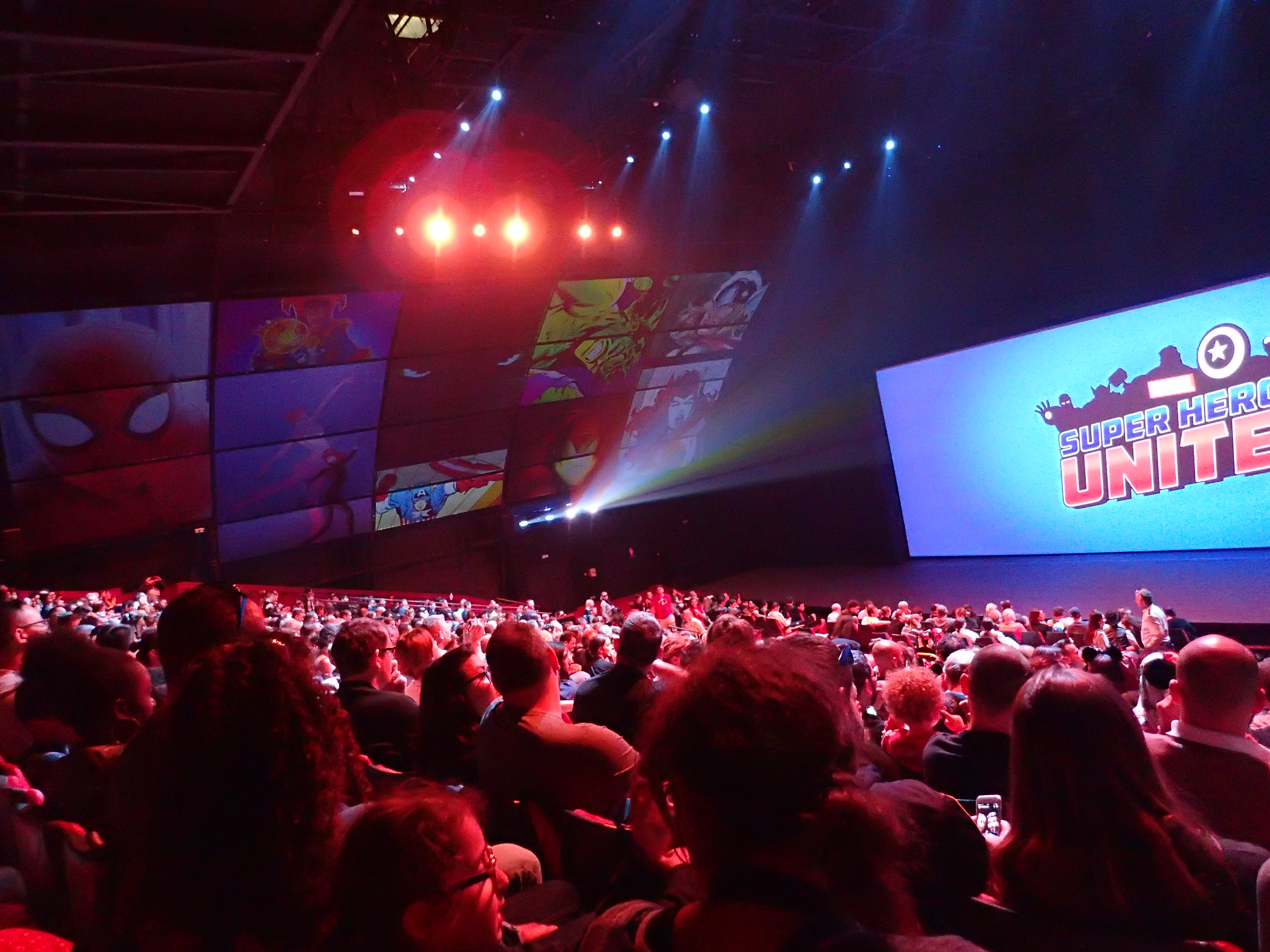 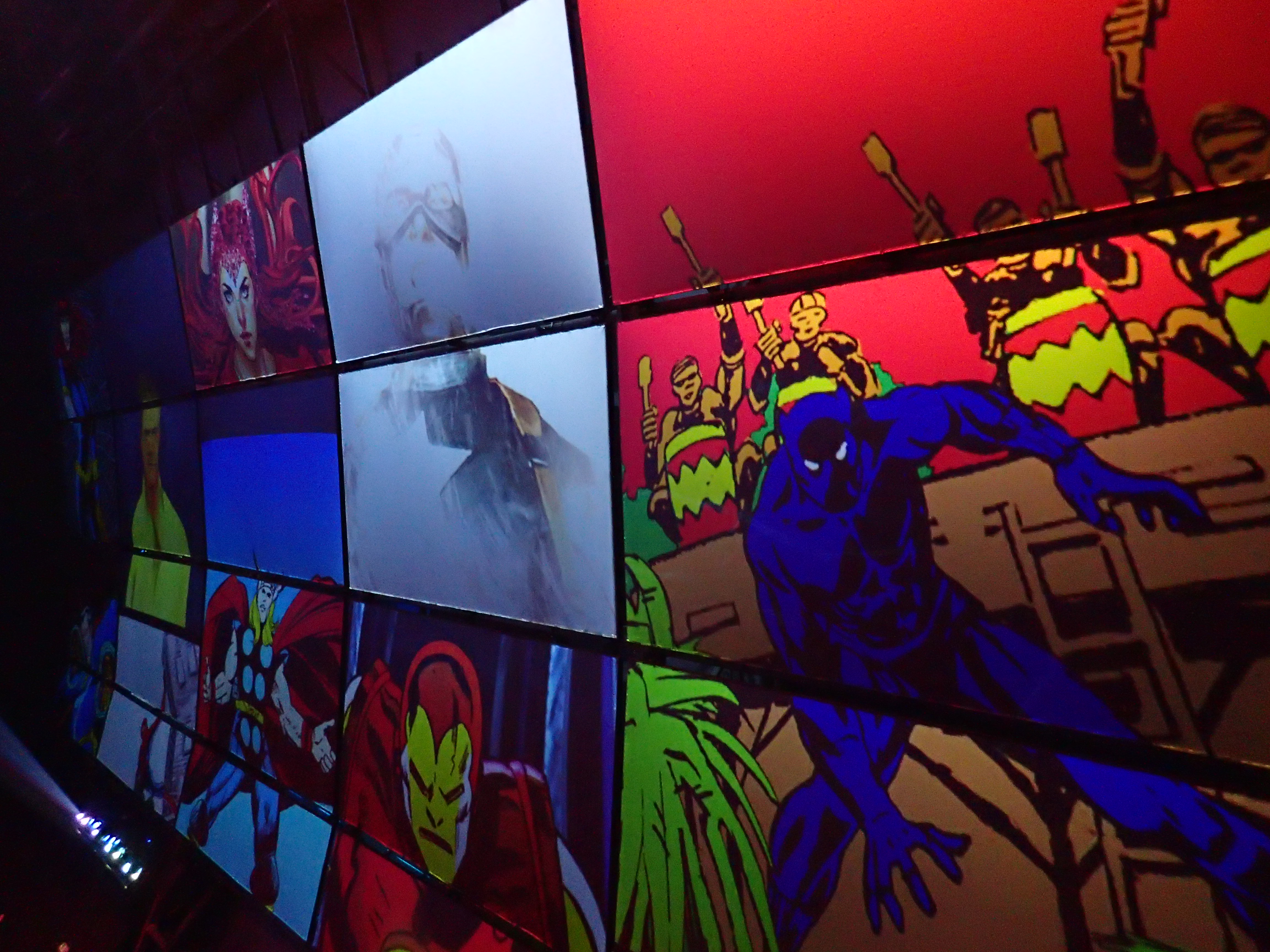 Attention, from now on, spoilers ahead! Scroll down until you see a red Spider-Man hamburger to avoid them!

Alright, so about the show. Well, let’s start with the story. Thanos has drones to manipulate some of the Avengers into going bad. Iron Man and Captain America start attacking their fellow heroes but luckily, they can break the effect. Then, there are some “How They Became The Heroes” scenes focusing on Spider-Man and more surprisingly Black Widow. Almost every hero gets a little feature until they need to fight some bad guys where they throw in Black Panther. Compared to the movies, the action scenes don’t provide the same immersion. 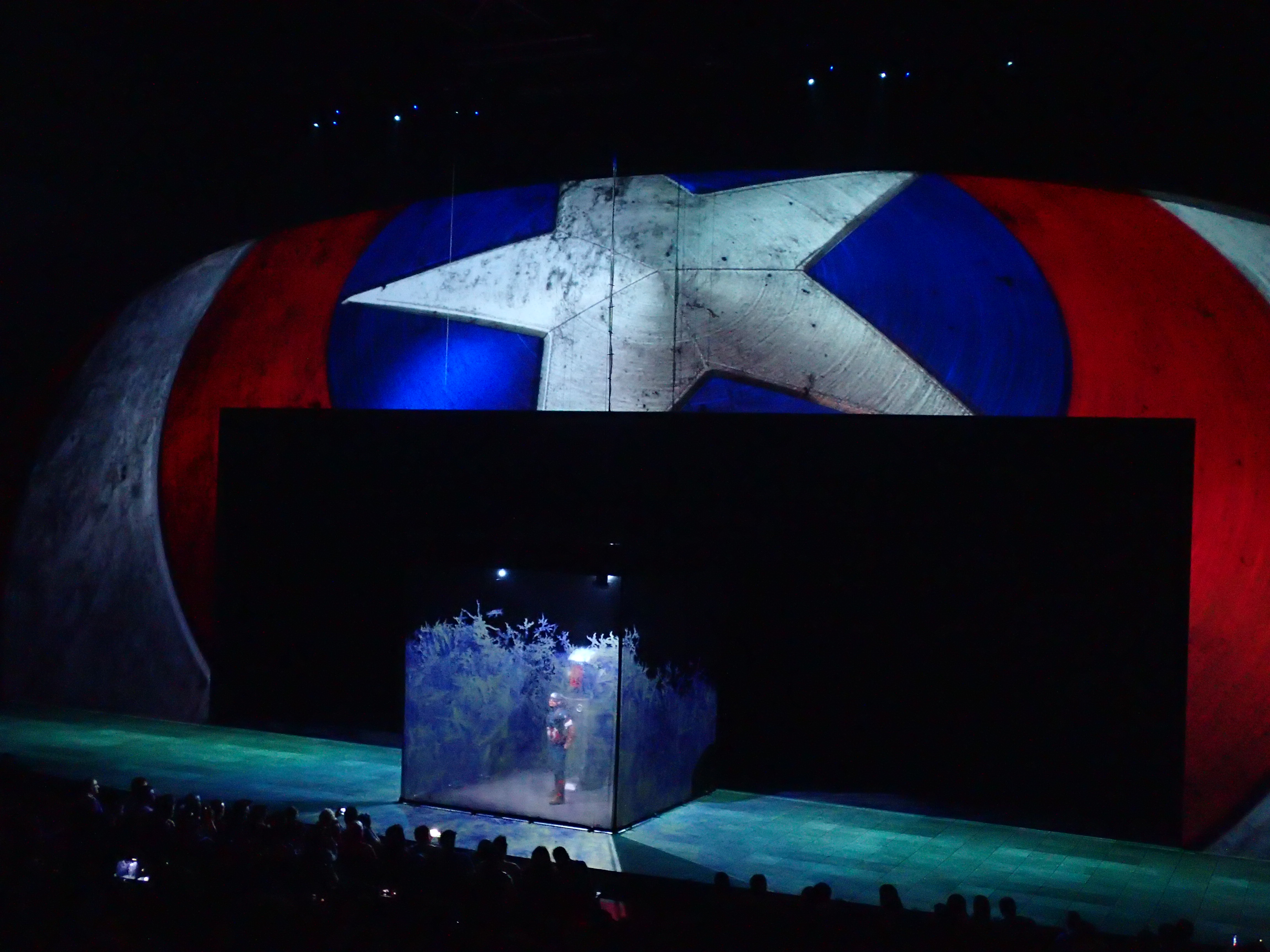 Thanos reveals himself as being after the heroes where he replaces his little drone by a huge one that comes flying in above the crowd from the back! It hovers there for almost half of the show! 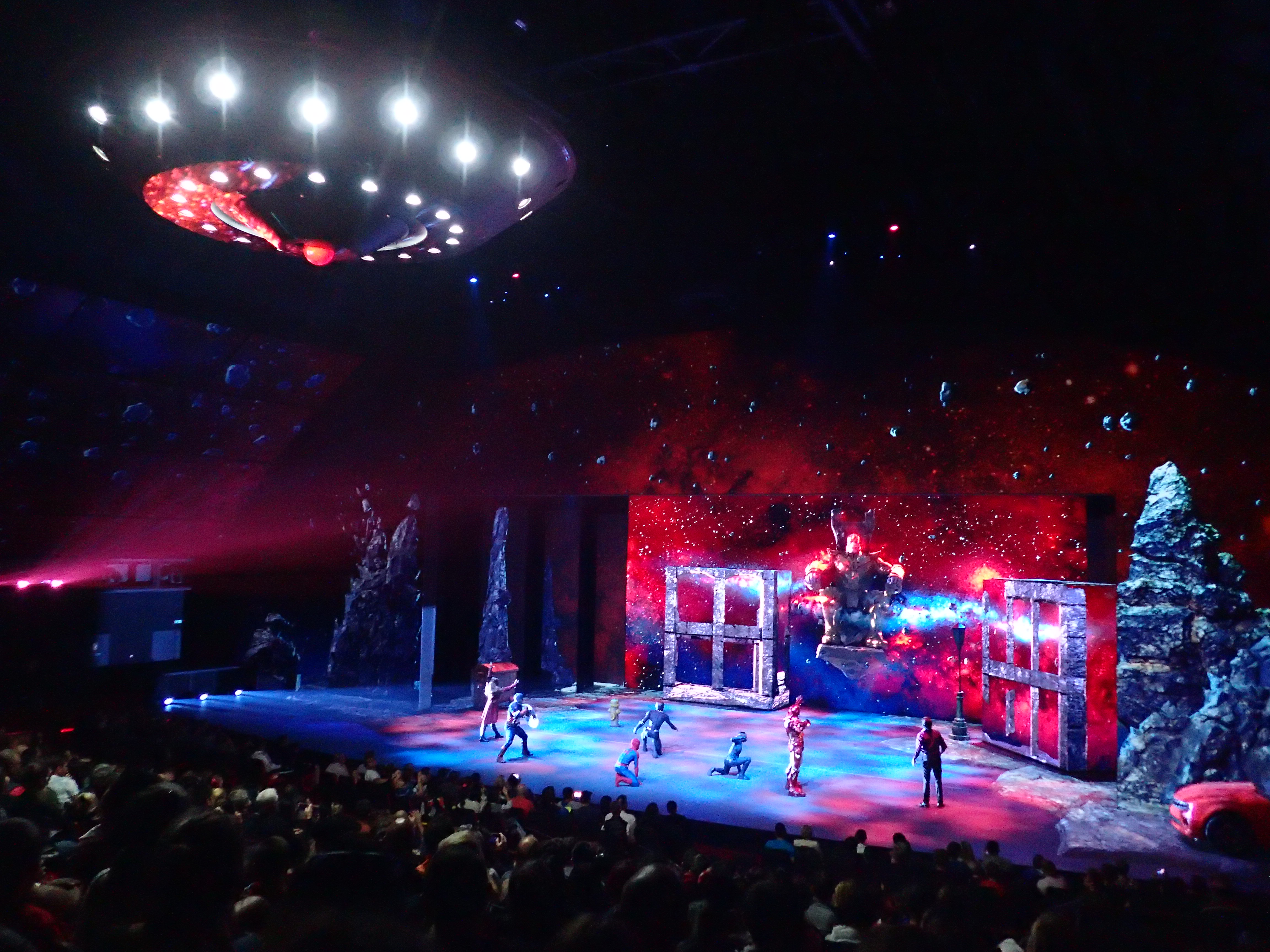 Scarlet Witch is the one trying to stop the big thing while the person in control is none other than Nebula. Lots of fighting going on with only one person not in suit: Bruce Banner. Until the point of course where he needs to transform which is done with project mapping on a side display. Only because of some of the effects, it can convince a bit. 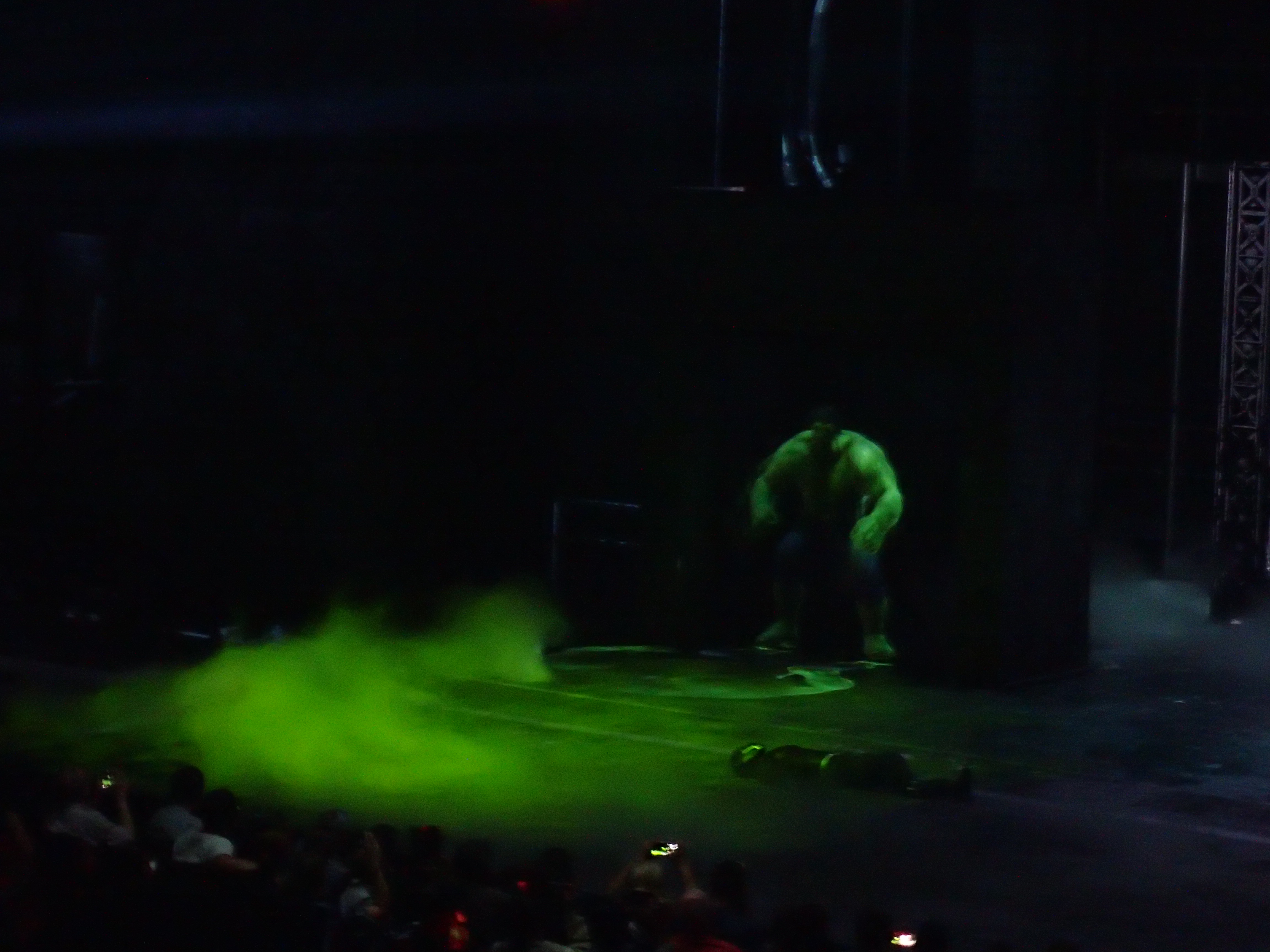 Next to the huge drone, there is also Doctor Strange who is dealing with a flying car. Fun fact is that the car resembles the one in the Moteurs! Stunt! Action! show quite a lot. As Thanos is about to lose, he sends in a bunch of red drones which is the coolest scene of the whole show. They are bombs and knock down almost all of the heroes. Black Widow, Hulk and Thor save the day at the end. 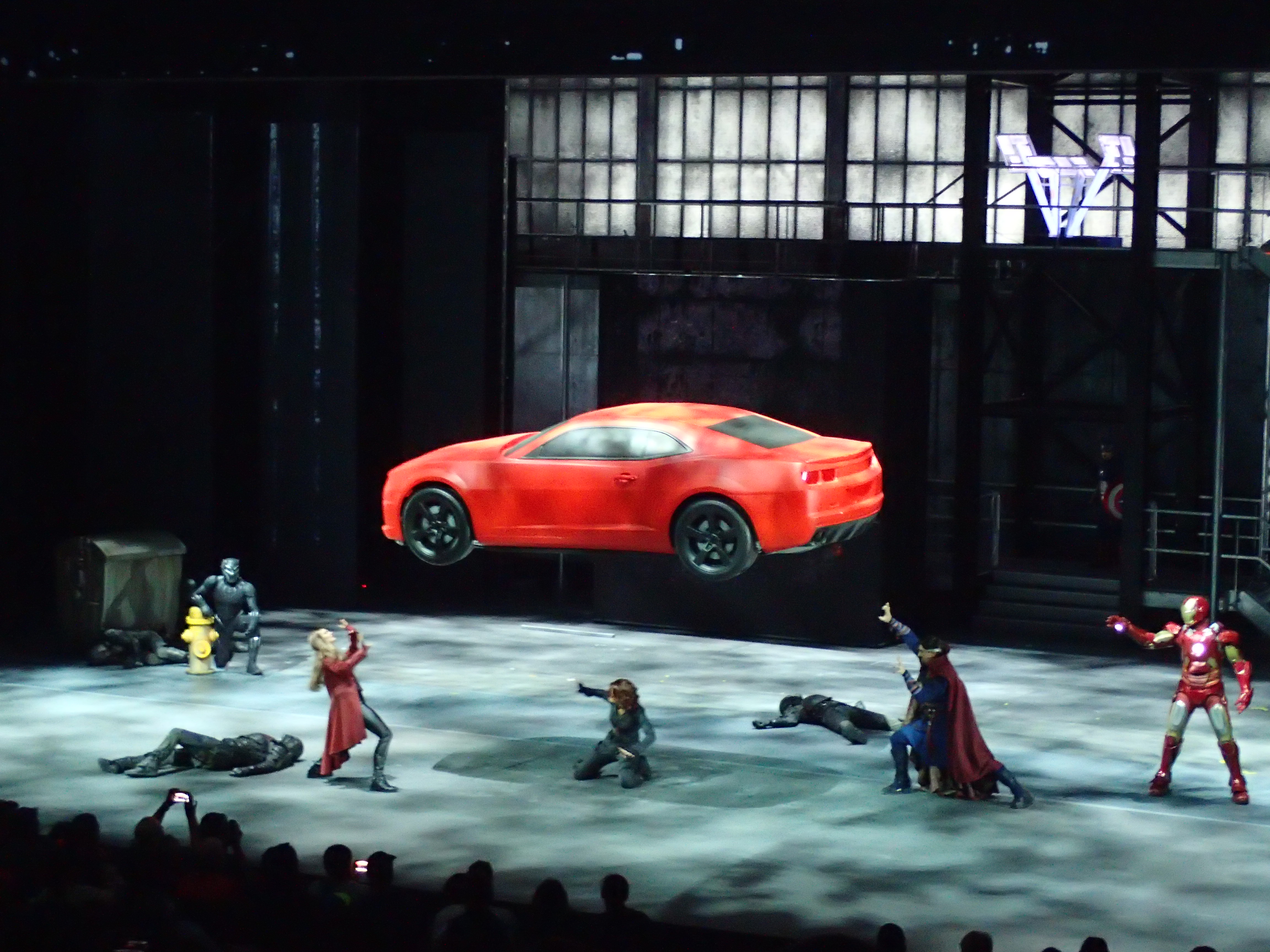 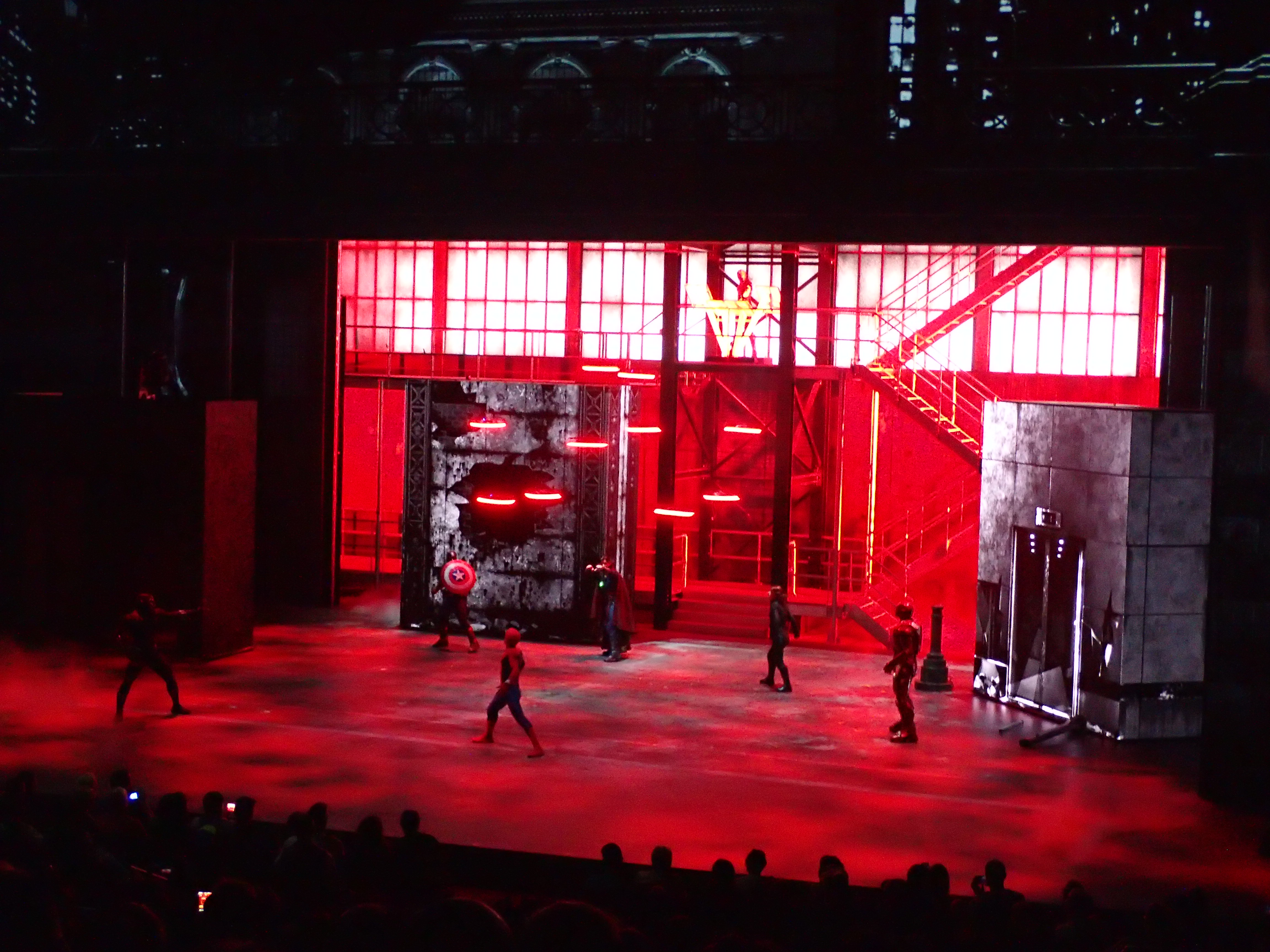 Verdict? Well, it is not the best show I’ve ever seen. The expectations should be laid low for this one. It’s an average show which kids will love, but adults will miss the action from the movies. The unique factor are the effects who are very cool, while others could have been better. The flying Iron Man for example has huge cables to make him fly, while the rest are flying drones without any cables. Okay, you can’t use the same technology just yet but the contrast stood out. Still, it’s good to see this kind of novelty in the Walt Disney Studios. Unfortunately they have been dealing with major issues with the drones. If the big drone doesn’t come out on top of the people, it’s silly to see Scarlet Witch that tries to stop something invisible. 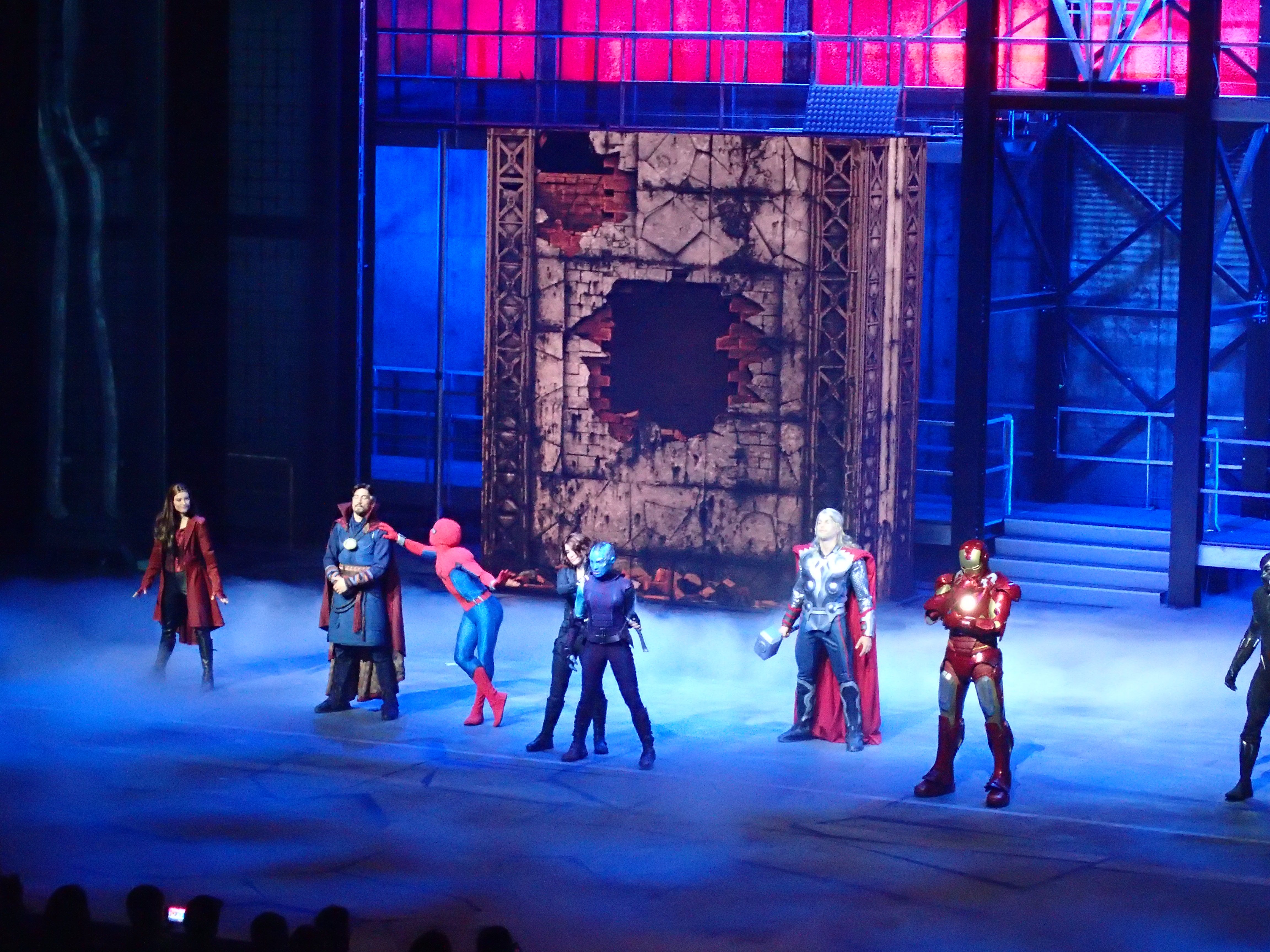 Anyhow, another novelty for Disneyland Paris in general is themed food. Of all the resort, Paris usually doesn’t have a lot to offer until now. There are big Groot cookies, special cupcakes and a Spider-Man burger! We tried the web effect of the cheese but it wasn’t warm enough… 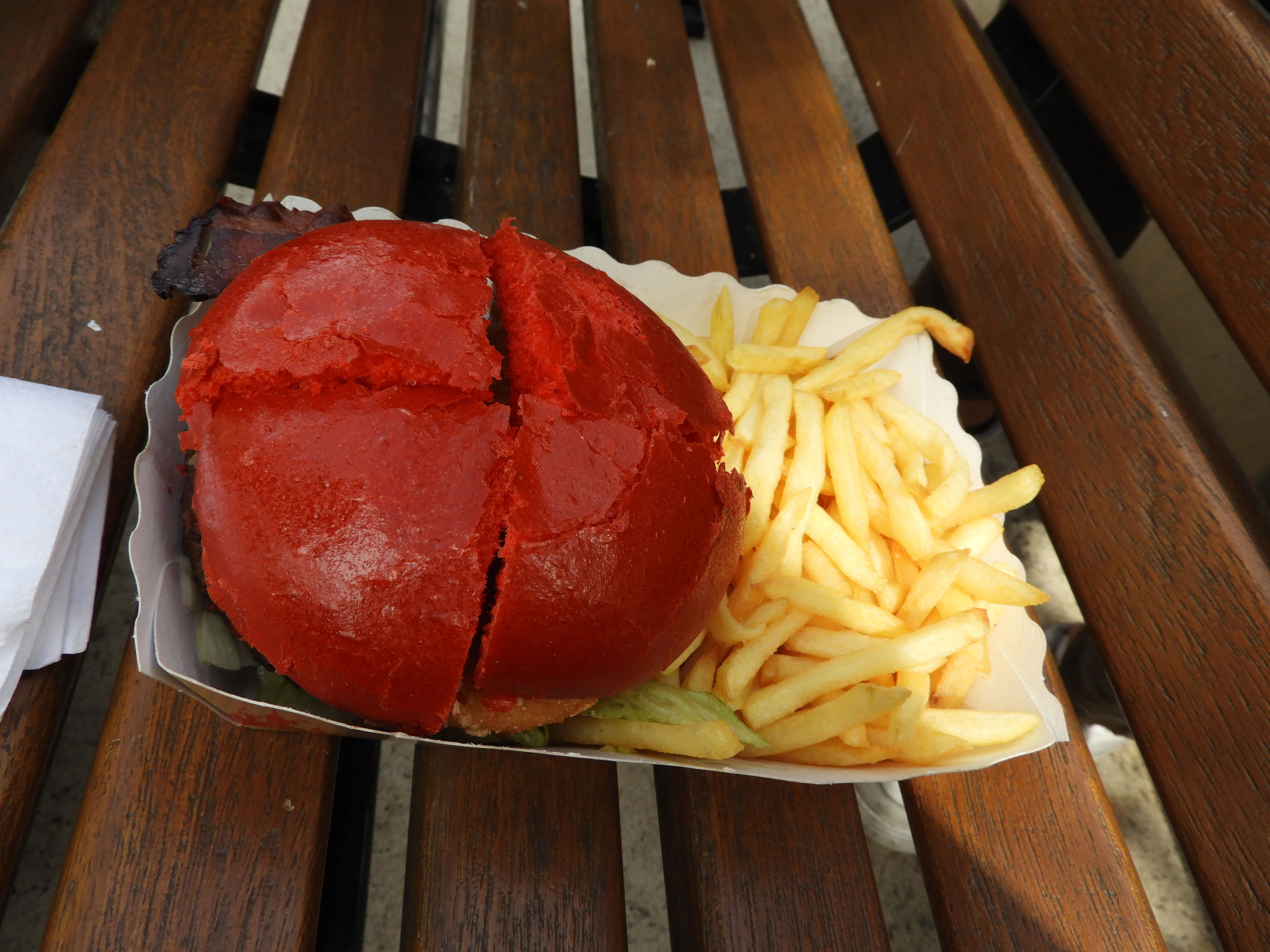 The merch also attracted lots of guests. Quite some kids were dressed up as their favorite super hero, including girls in a Captain America dress! Another popular item is the Thanos Drinking Gauntlet. People kept asking all the time where we got one! (The answer is on the right side of Stitch Live! in the trailer, next to the Captain America meet ‘n’ greet).