Alexander: Following our…interesting…time at Six Flags America, we were excited to spend two days at Kings Dominion, one of the country’s nicest regional parks. As big fans of Kings Island, our expectations were high: how would the kindred KECO park compare?? 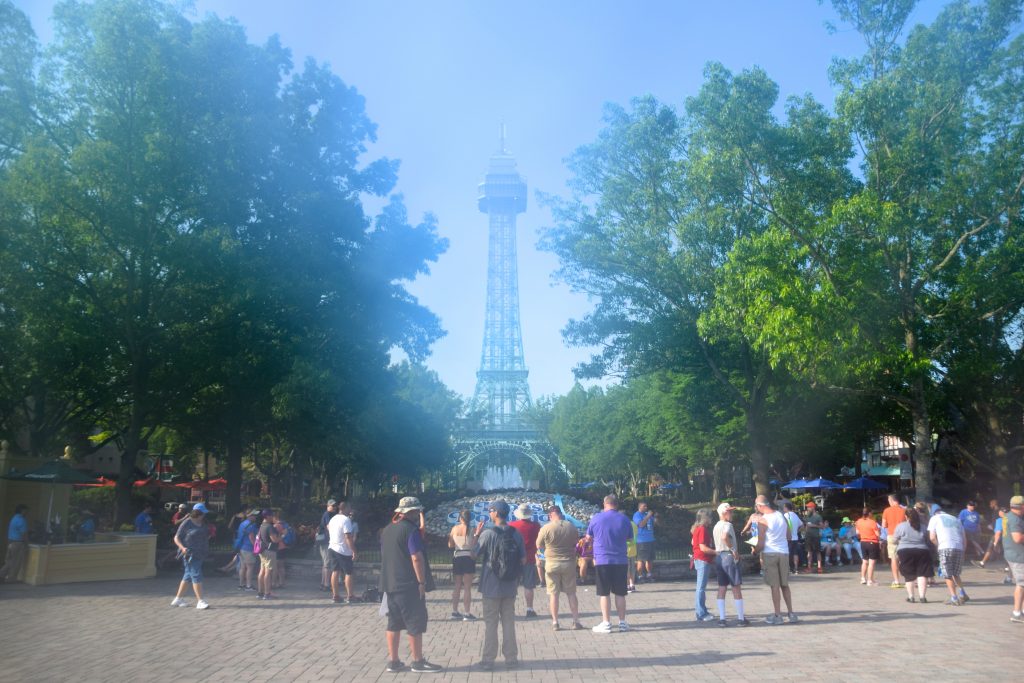 It was a little humid out. 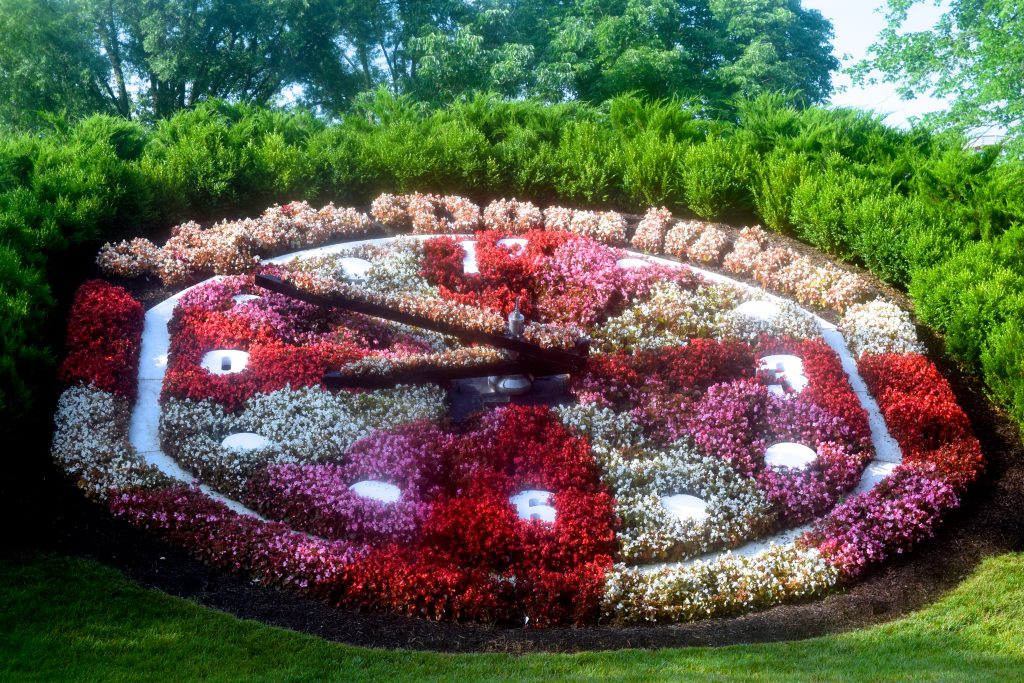 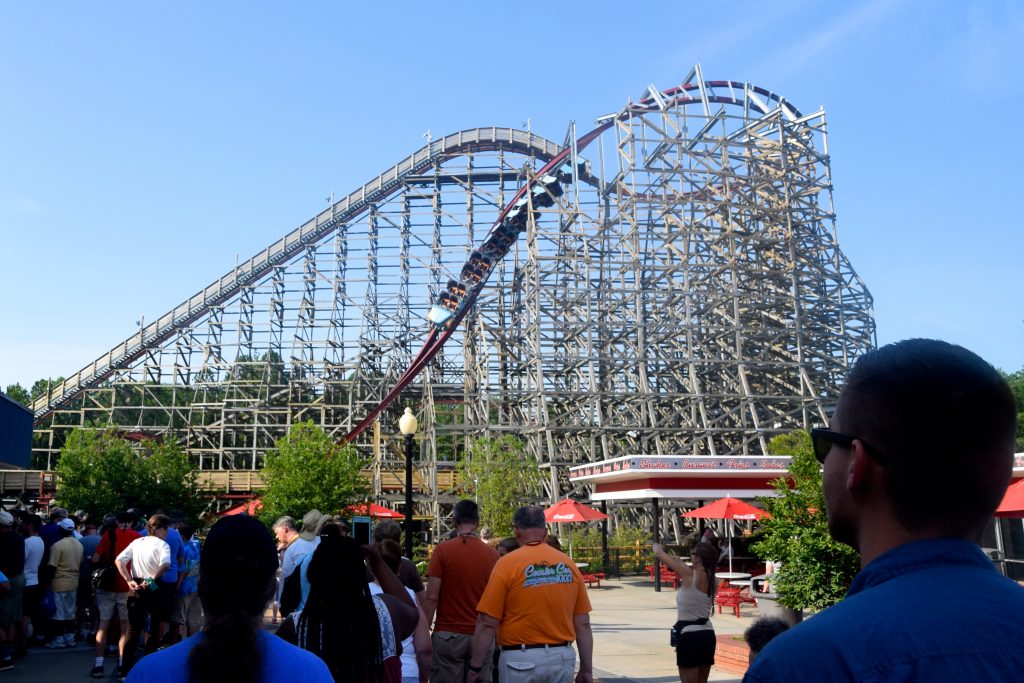 First order of business is Twisted Timbers, yet another finicky RMC hybrid. There’s nothing particularly special or technologically advanced about this ride, but it breaks down like turn-of-the-century launch coaster. Ride wise, It’s very good, but not unlike every RMC ever. 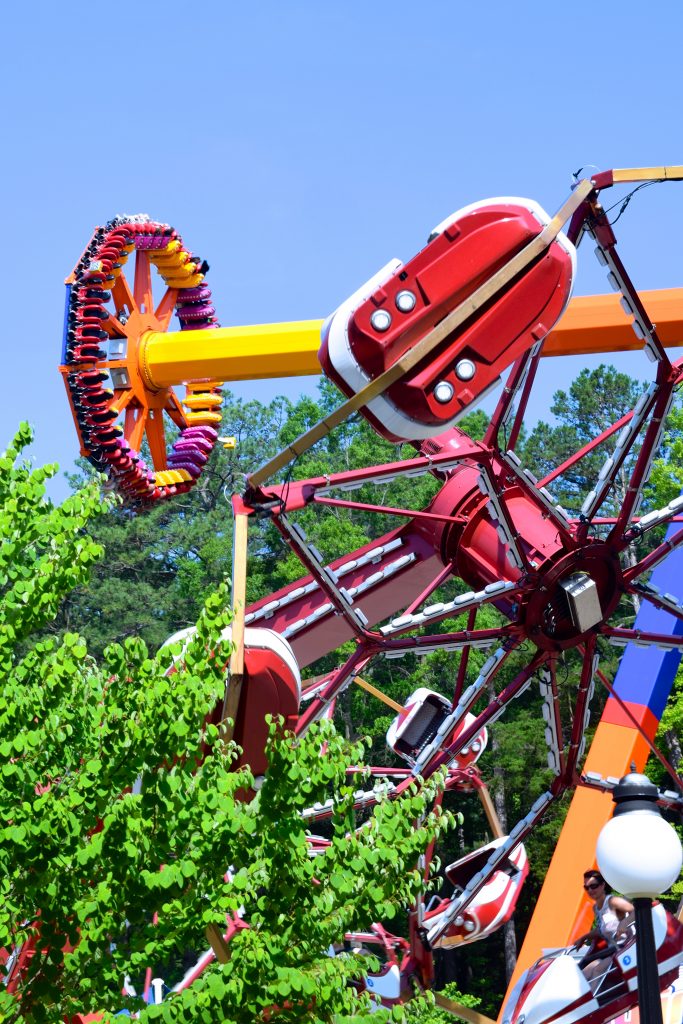 Twisted Timbers was the only coaster given to us on that first ERT, but lots of flat rides were in attendance. 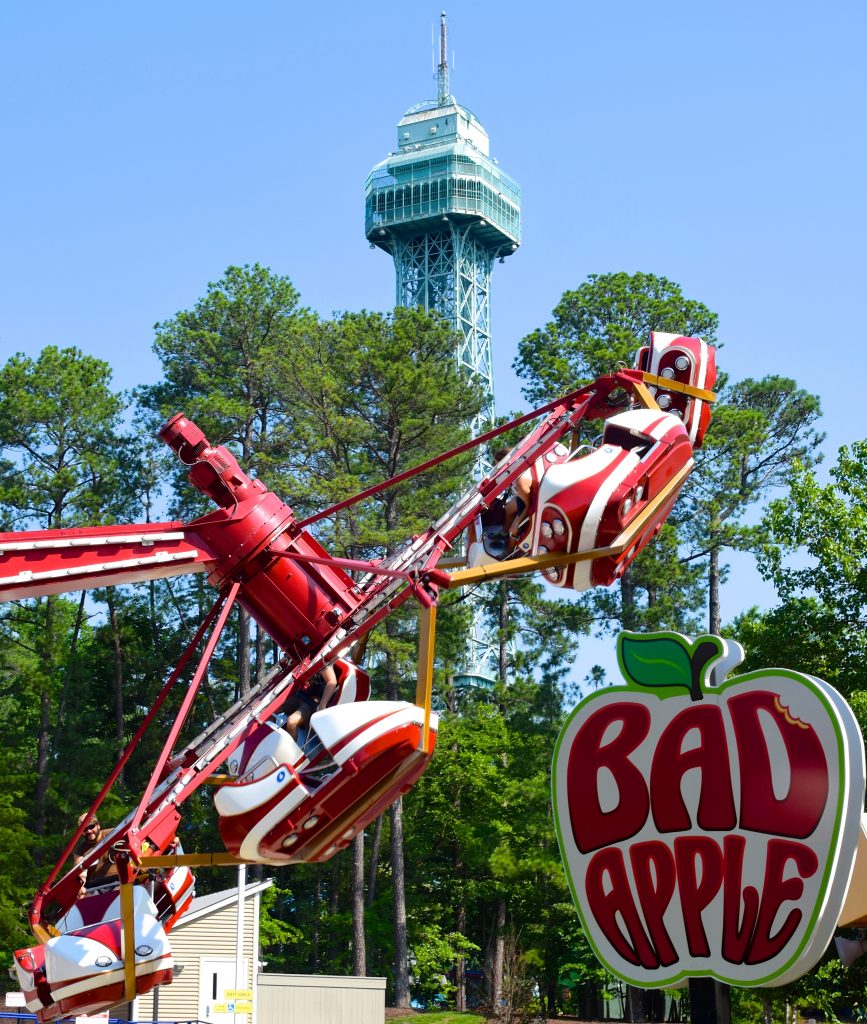 In recent years, Kings Dominion has done a lot to reinvest in its early aesthetic. Candy Apple Grove (and its selection of various apple-themed rides) has made a strong comeback following the Paramount-era cleansing.

Remarkably charming and different is KD’s singing mushroom quartet – original to the park, disappeared for over 2 decades, and then returned for the park’s 40th Anniversary. The splendid collection of audio-animatronics was built to original specifications, right down to the piano-playing, cigar-smoking, toad 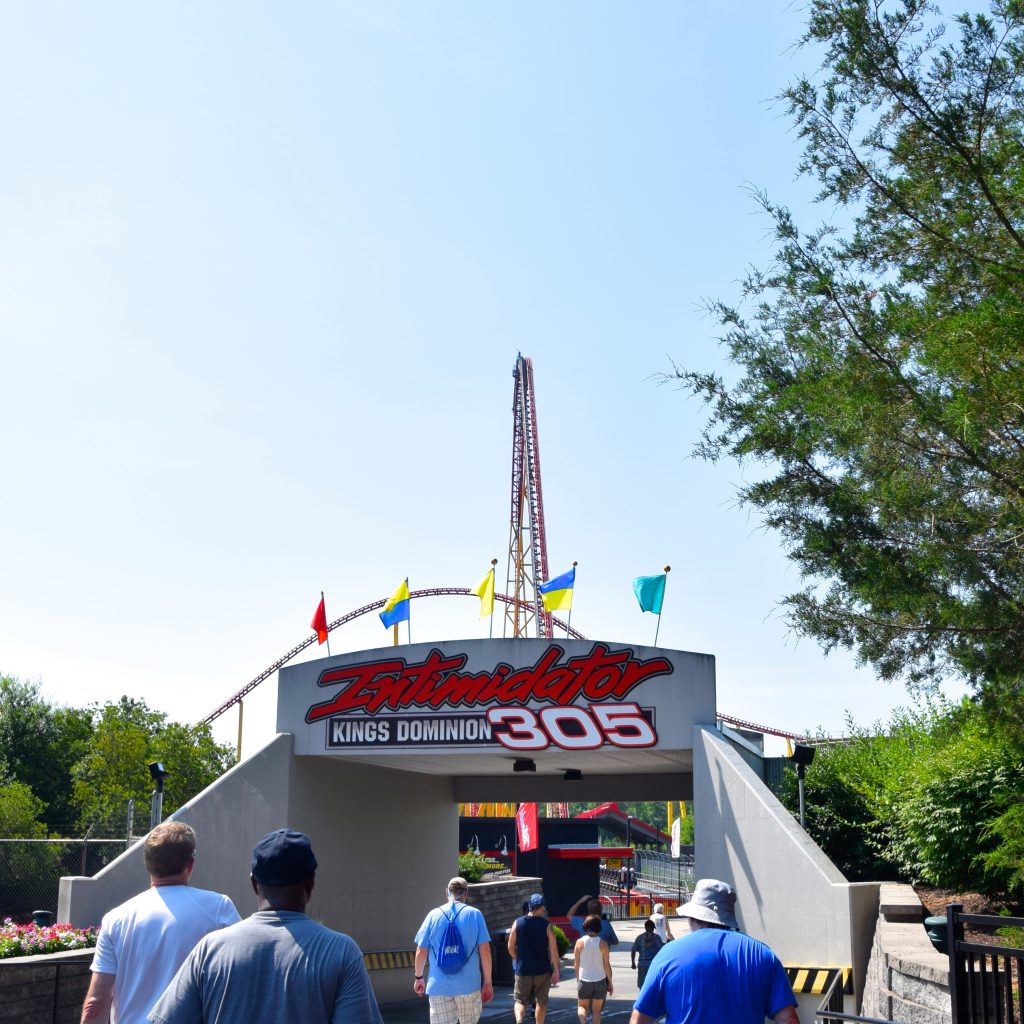 As the park prepared itself to open, most enthusiasts flocked to the park’s bread-and-butter coaster experience, Intimidator 305.

Others descended upon the park’s sole B&M, Dominator. The park would end up remaining quiet all day, which made for easy credit runs for first-timers. 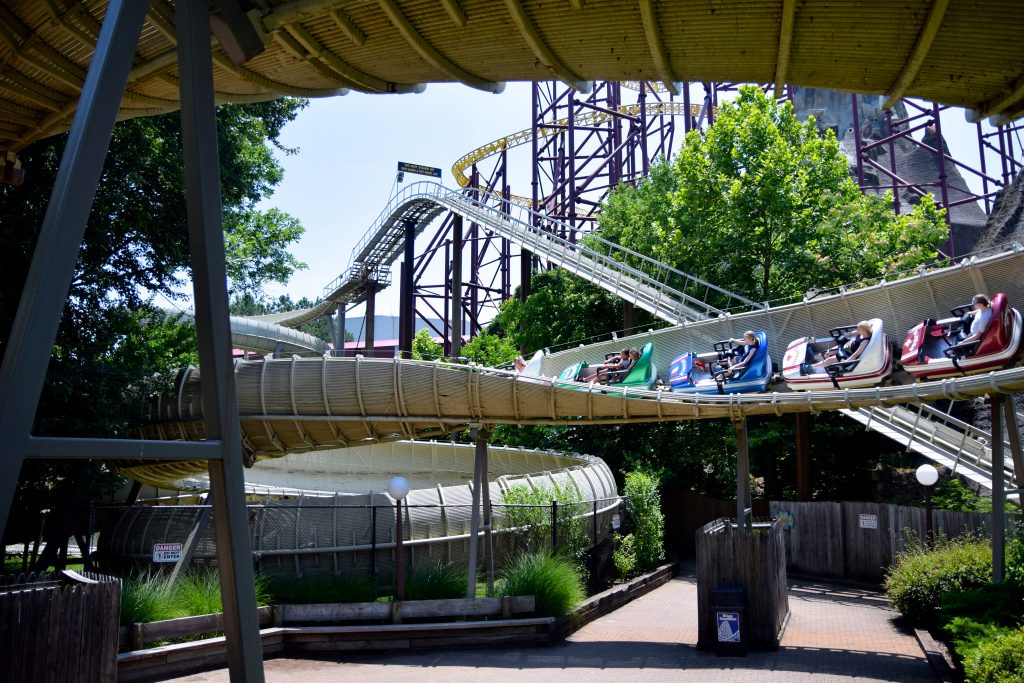 Perhaps the most underrated coaster in the park, Avalanche offers a surprisingly thrilling ride that’s suitable for all ages. 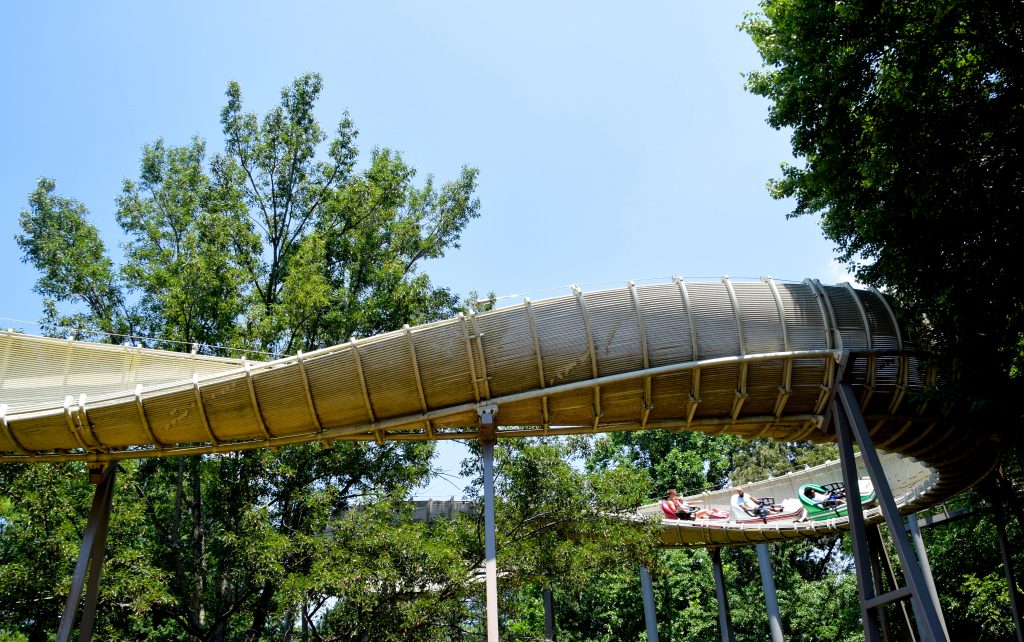 The lengthy train on Mack’s approach to the concept is a real winner. Backseat ride visuals can’t be beat. 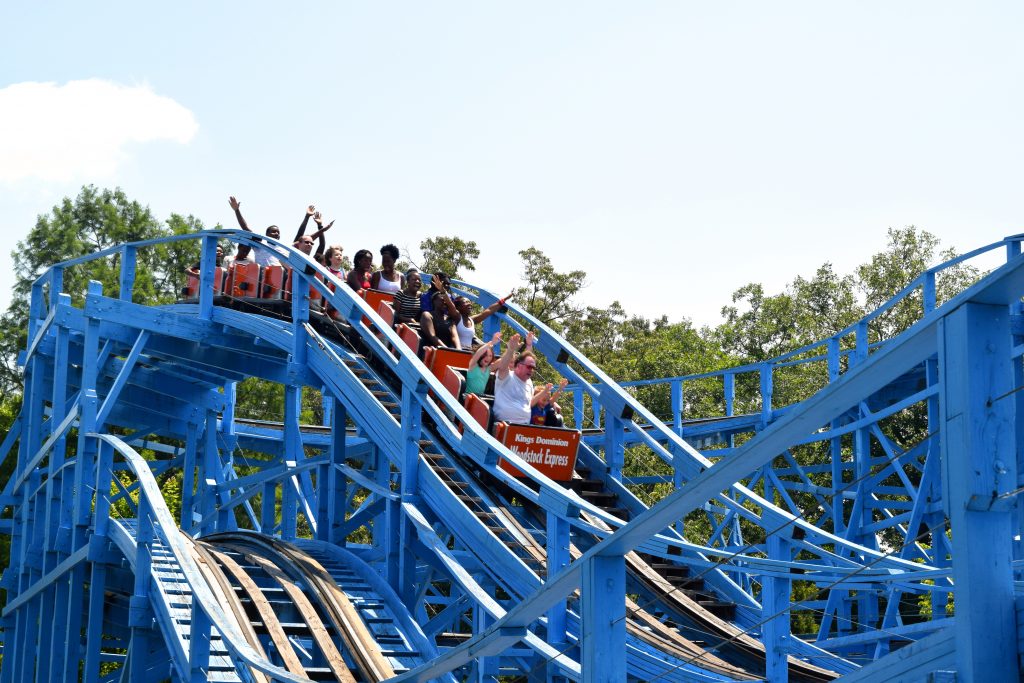 The obligatory KECO Jr. woodie offers solid rides. It’s not the best wooden coaster in the park (the same can’t be said for the Carowinds and Canada’s Wonderland counterparts), but its a fun one for sure. 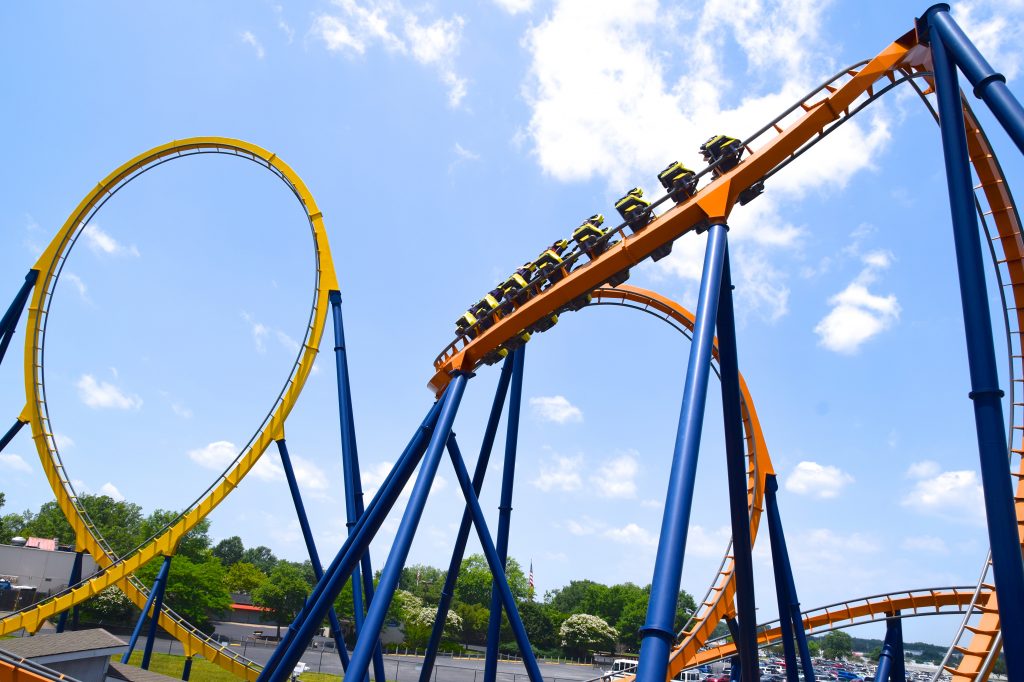 Dominator remains an exceptional member of its class. Even without the scenic Geauga Lake location, Dominator is a top-notch B&M. 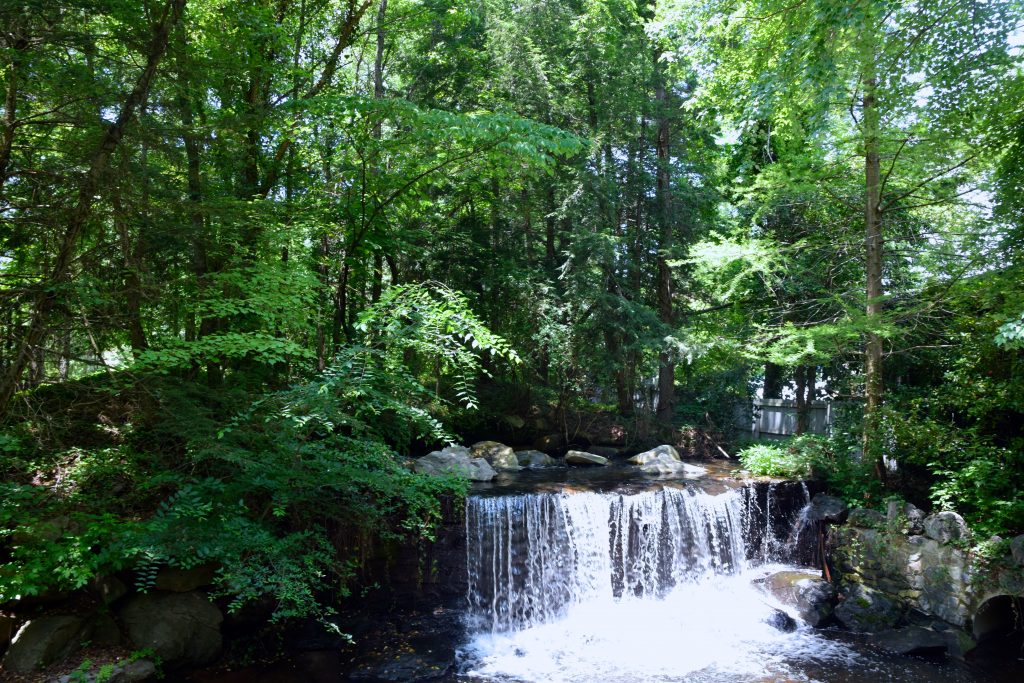 With most major coasters out of the way, we retreated to the forested areas of the park for some cooling-off. 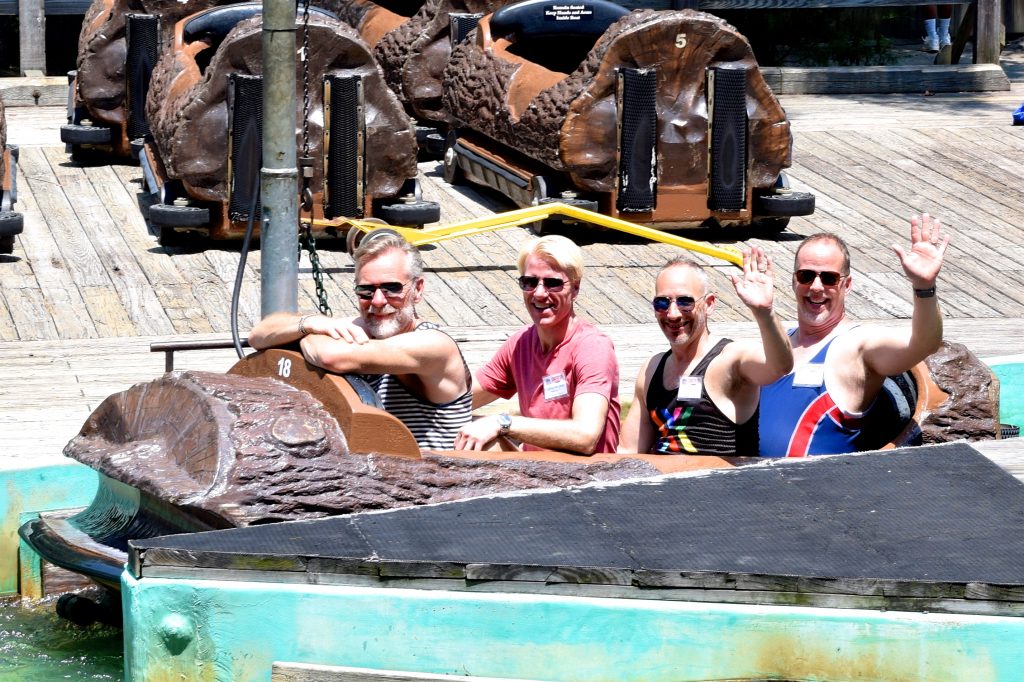 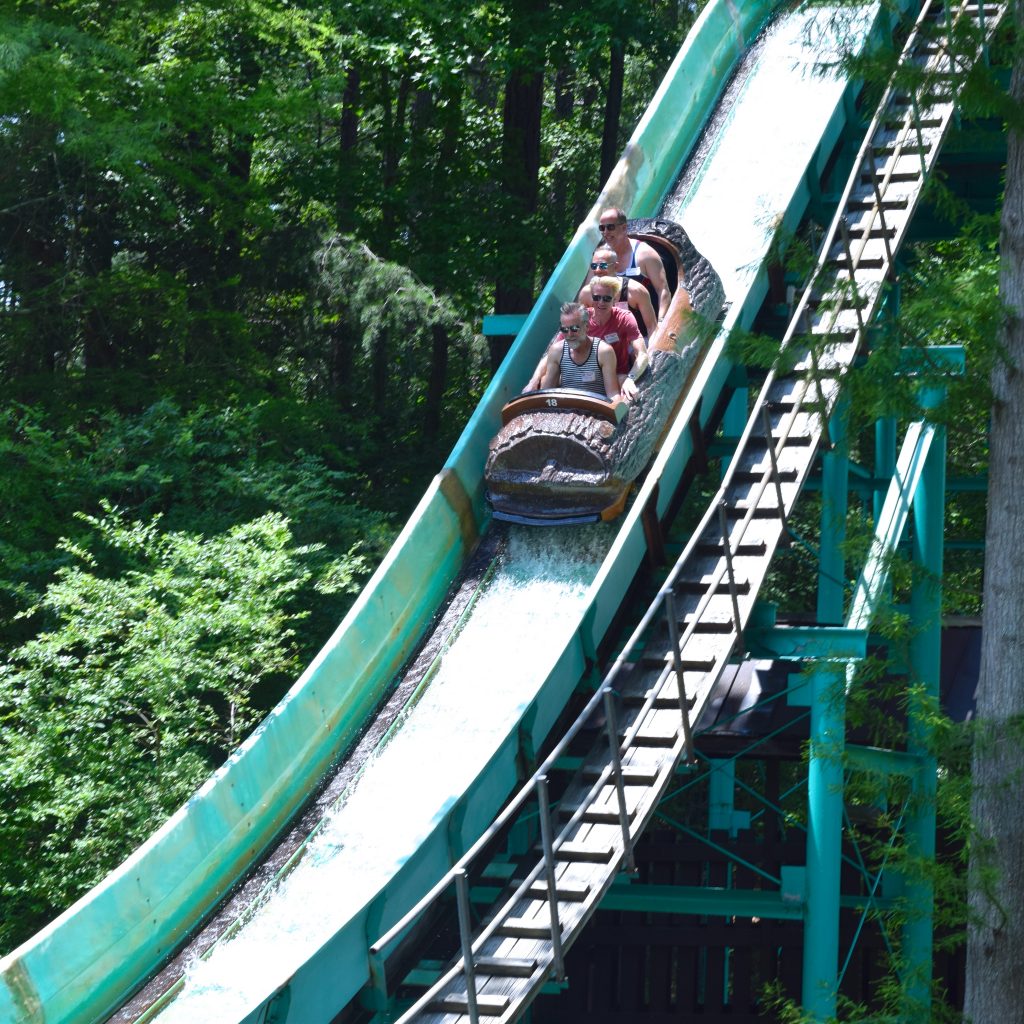 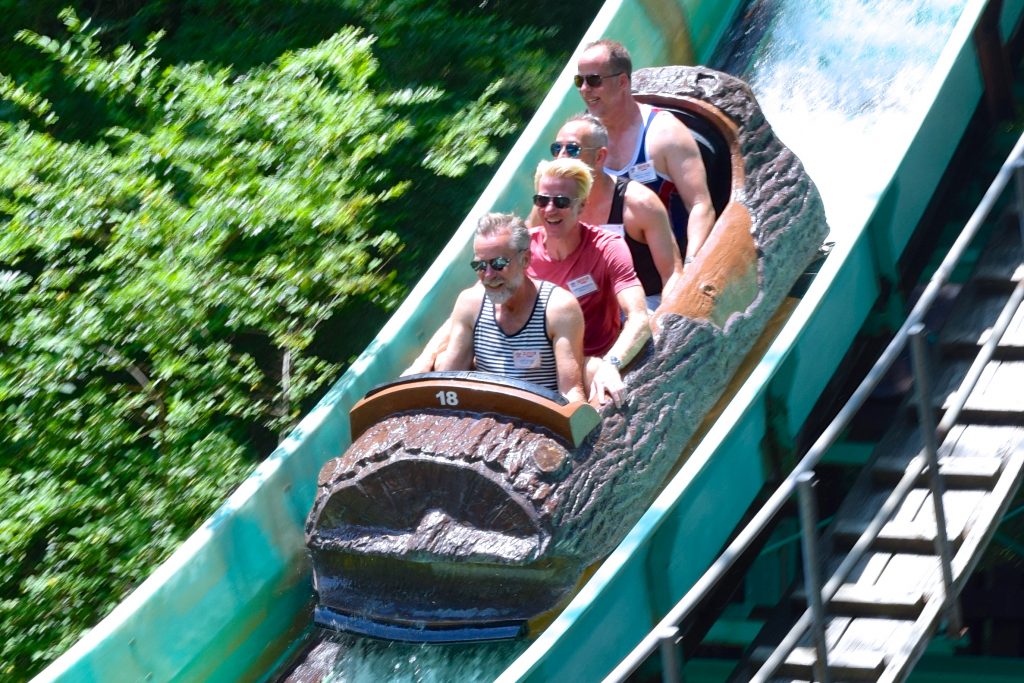 After a pleasant drift through the trees, guests are treated to a refreshing (and surprisingly large by 1975 standards) plunge. 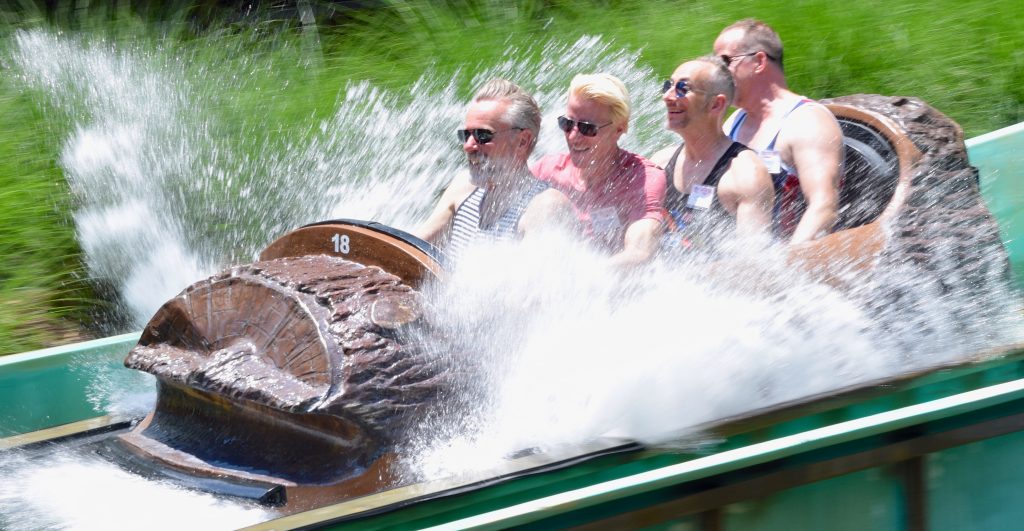 Next door is the park’s river rapids, which we avoided due to its excessive level of wetness. 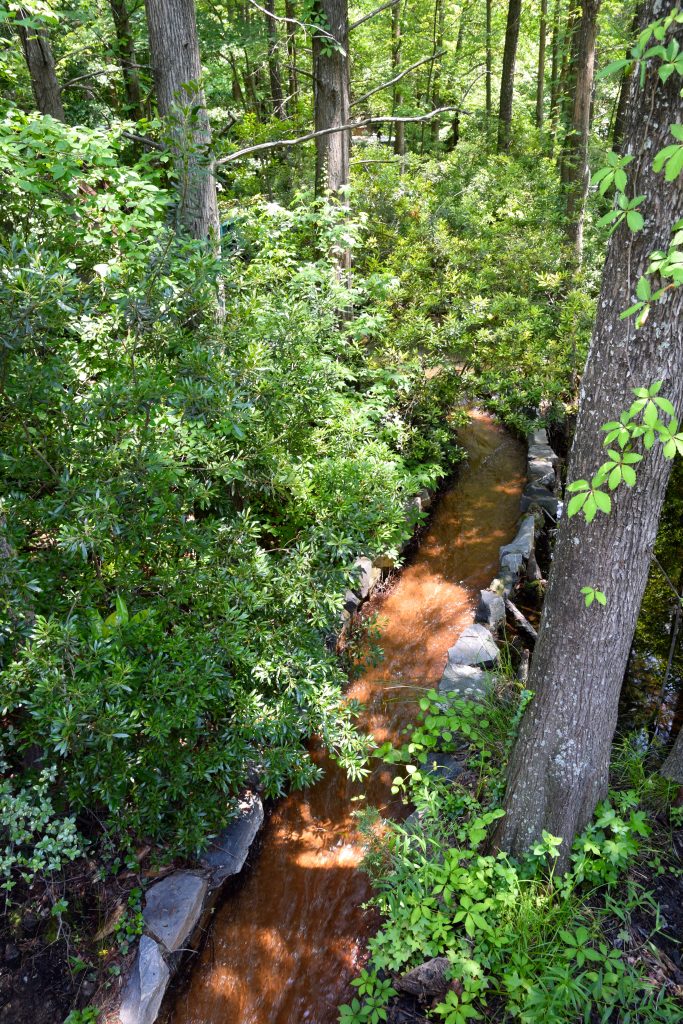 Let’s appreciate, for a moment, this lovely view from the flume queue. Kings Island may be the fan favorite of the two original KECO parks, but it can’t hold a candle to Kings Dominion’s natural beauty. 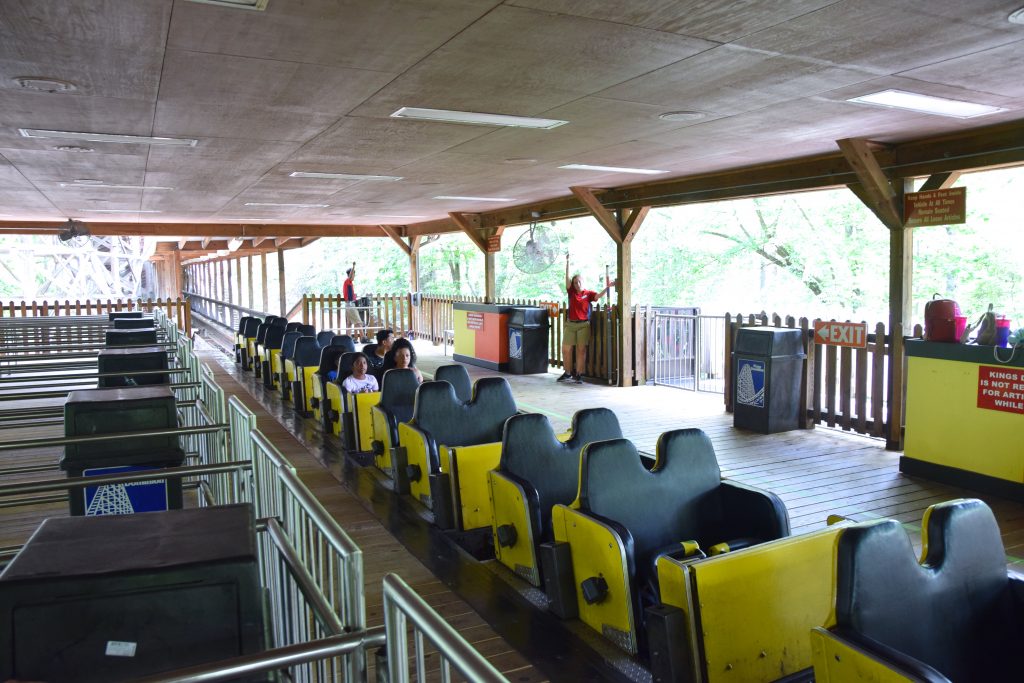 The shockingly good Grizzly didn’t seem to have many fans during our first ride, but it later proved to be an ACE favorite. 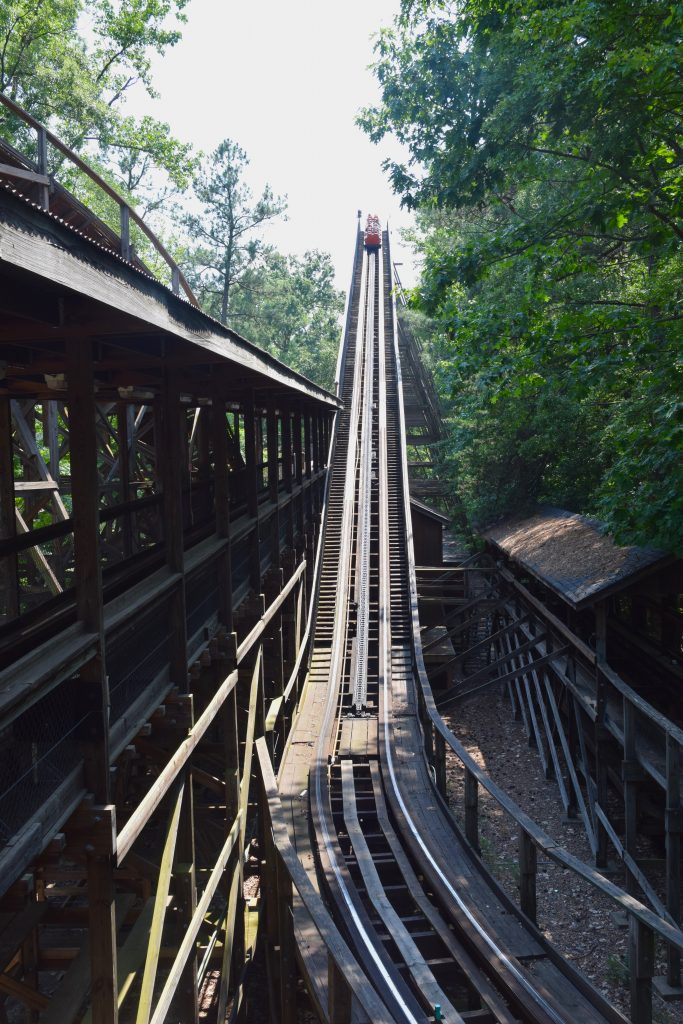 Grizzly has had some good and bad years, but these days the ride feels ideal. Rough around the edges, but so full of airtime and solid pacing. People familiar with California’s Grizzly will find very much of it in common with the absolutely superior Kings Dominion version (the Canada’s Wonderland version, Wilde Beast, will beat you up a lot more than Grizzly KD, but at least its not a body-shaming snoozefest like at Great America). 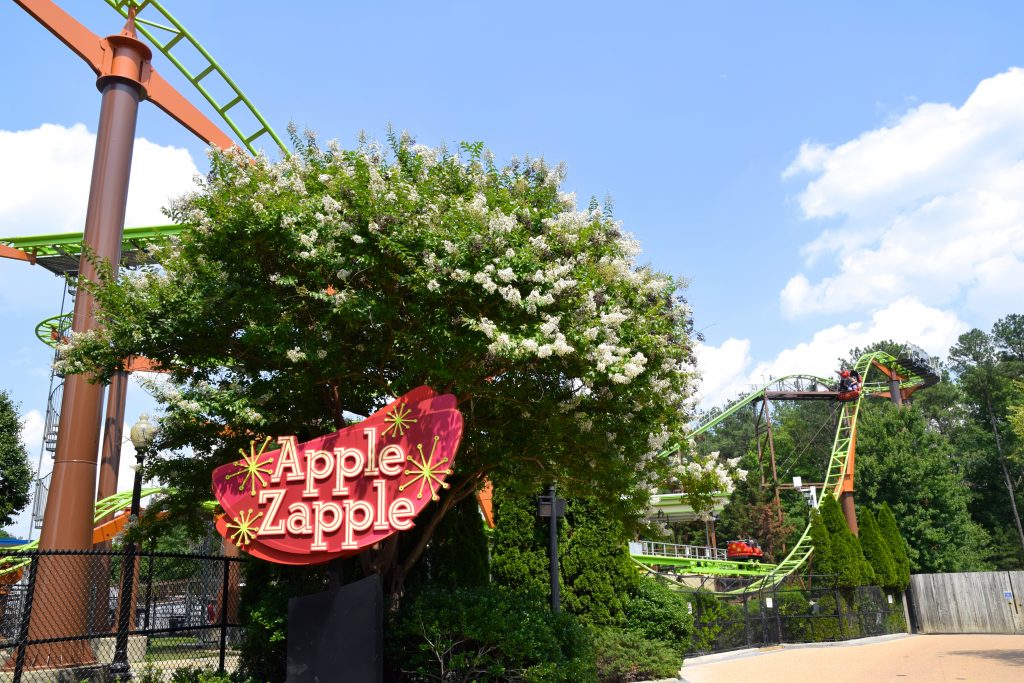 With the opening of Twisted Timbers came the renaming of Mack mouse Ricochet to something more in tune with Candy Apple Grove. 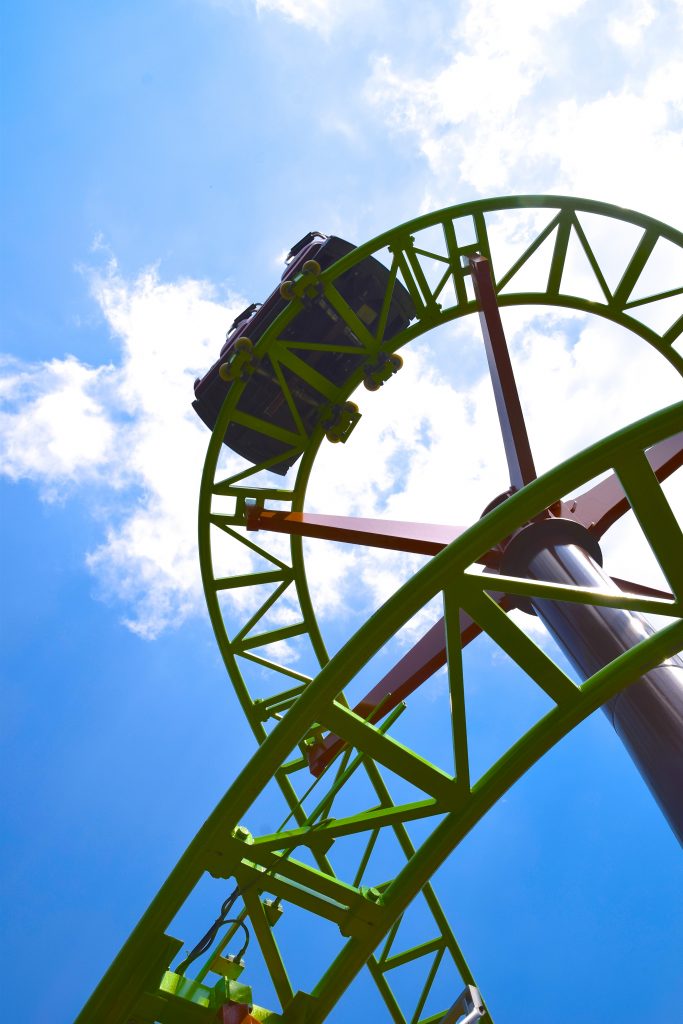 Apple Zapple is a delightful experience, unlike its twin at Knott’s Berry Farm (it’s amazing how something as seemingly minor as shin bars can ruin a ride experience).

Check out Part 2 of the report for Racer 75, Anaconda, lots of aerial shots, and lots more of course!