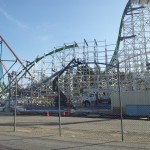 A couple of days have passed since the Twisted Colossus Backstage Tour. Of course, construction on the world’s longest Hybrid Coaster continues. A lot of prep has been done to continue the instruction of the ride’s two inversions!

Let’s start off at the future double-up section of the ride. Nothing has changed really. 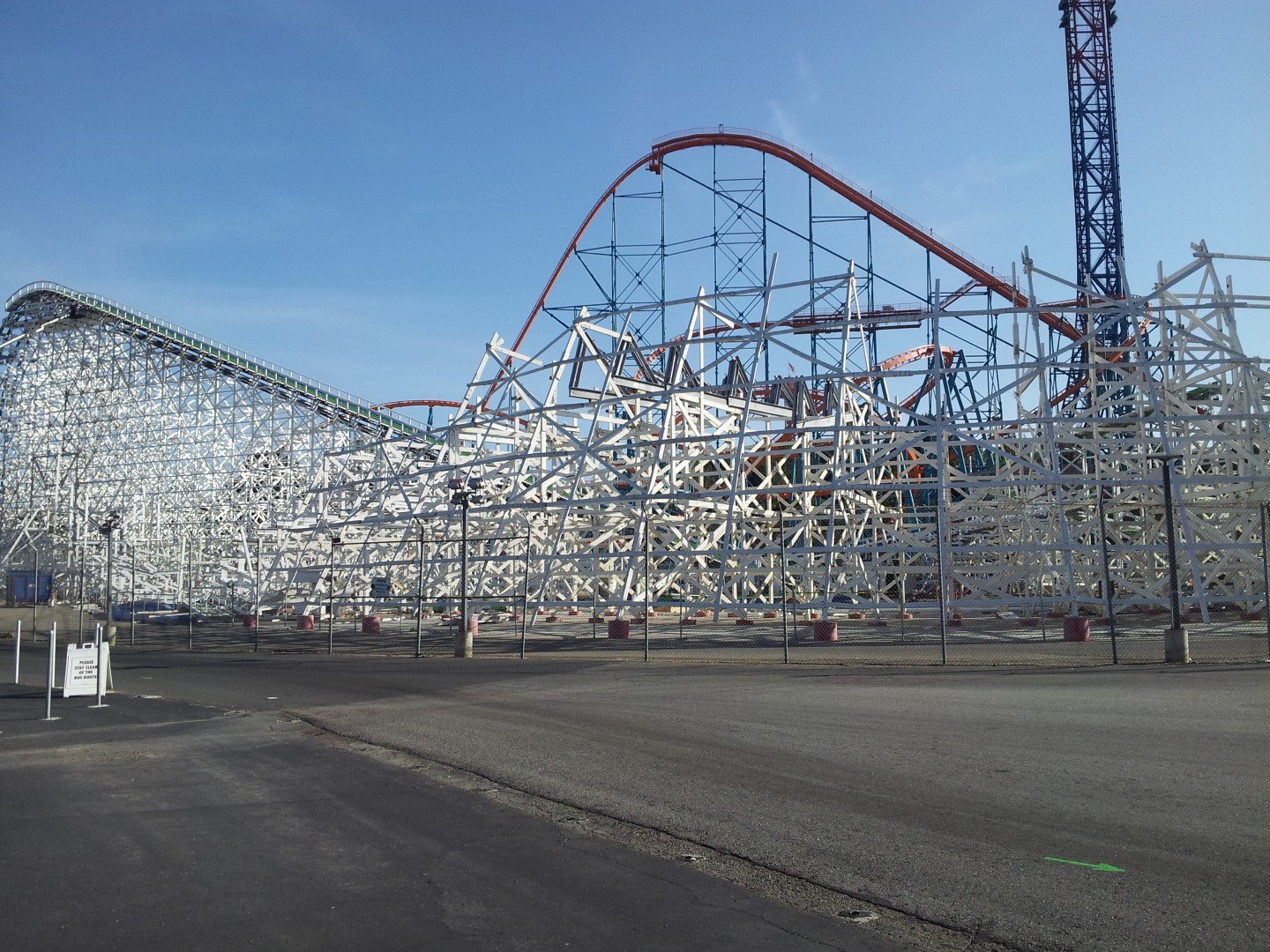 Below you’ll be able to see all the Zero-G-Roll and Double-Up track stored. If you look closely notice that almost all the supporting structure has been built already. Even the steel beams and the track connectors are placed for the first part of the Double-Up. 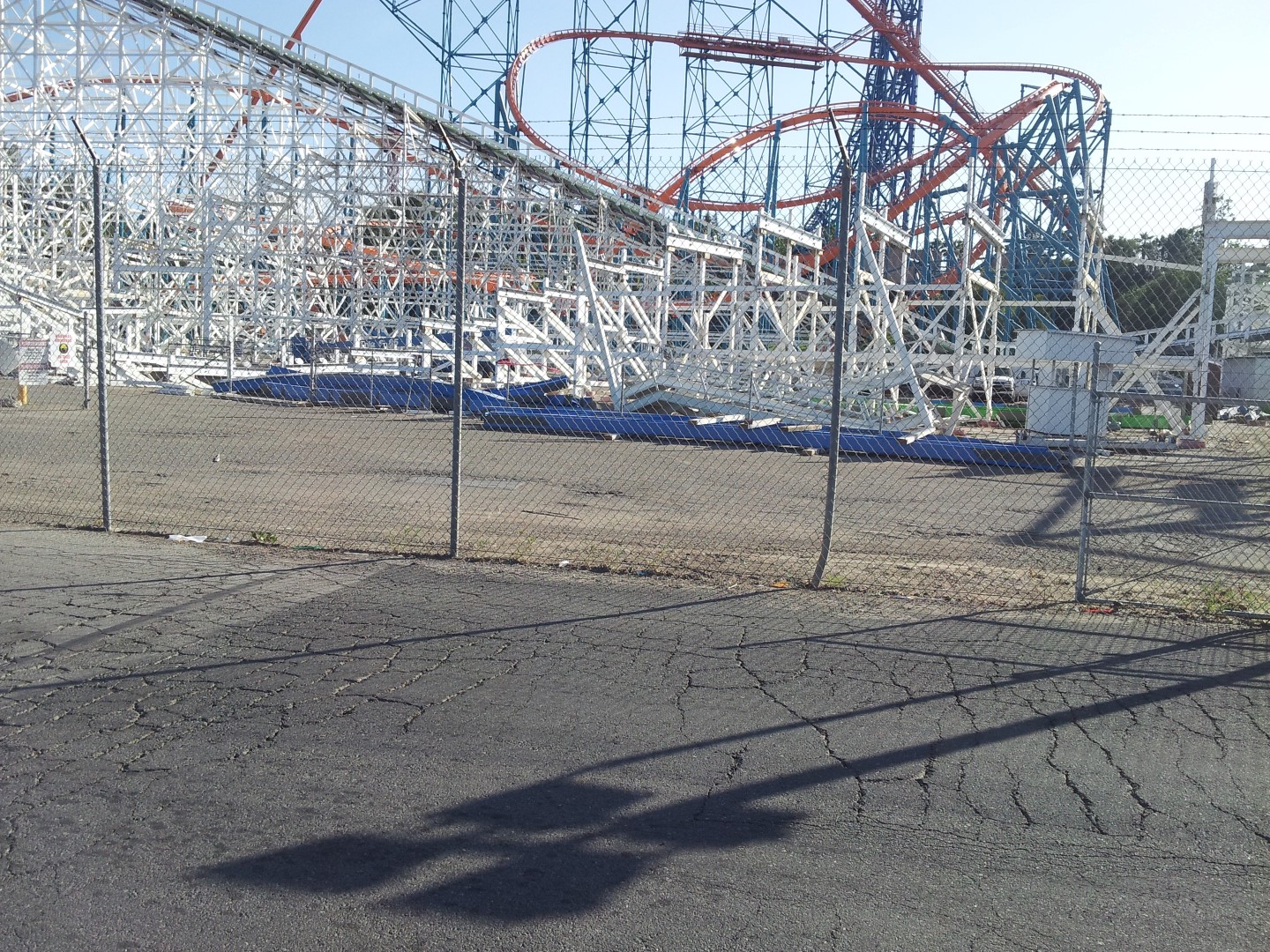 The RMC crew seemed to be working on the lift-hill chain-return shafts under the lift tracks. 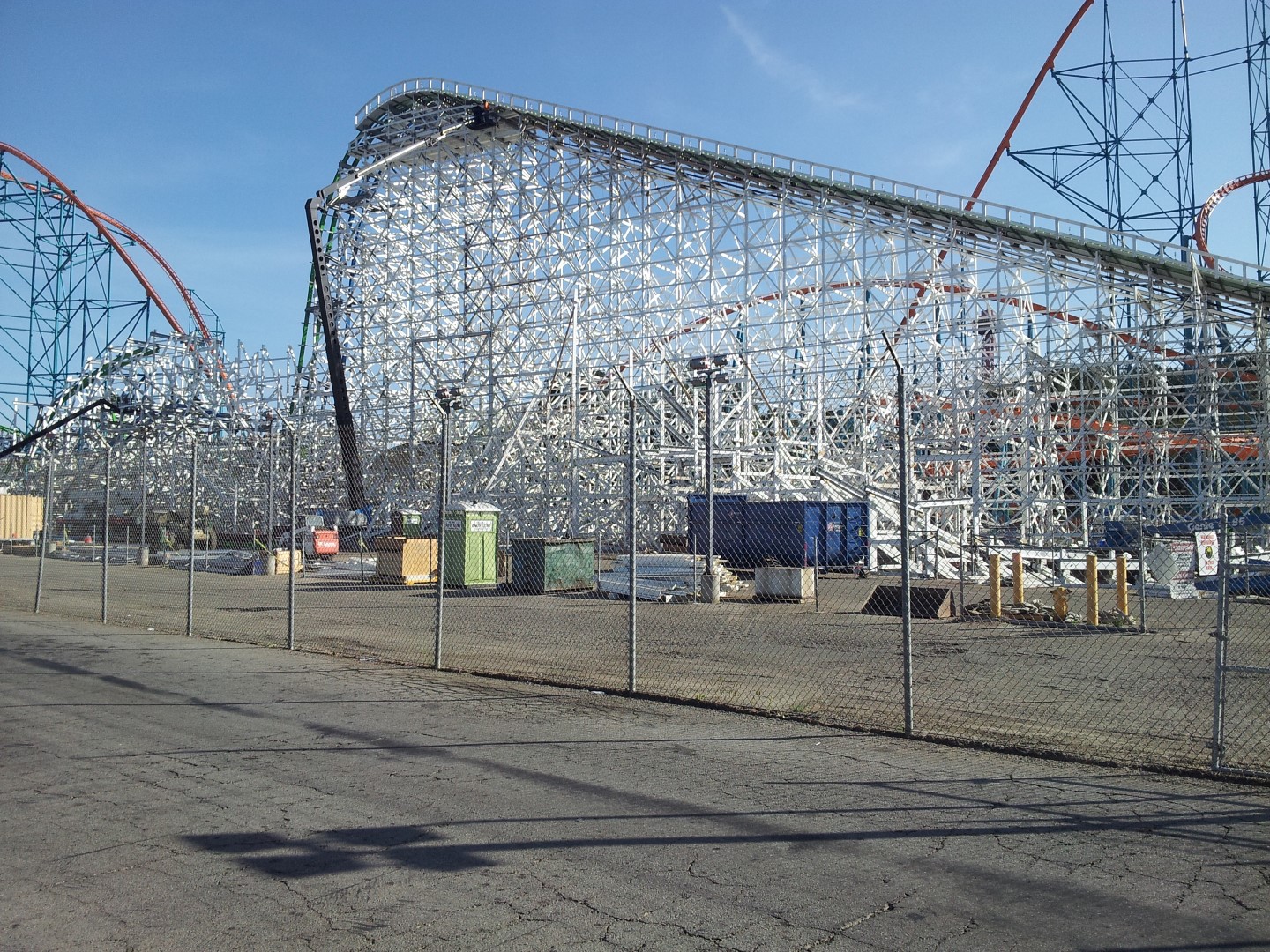 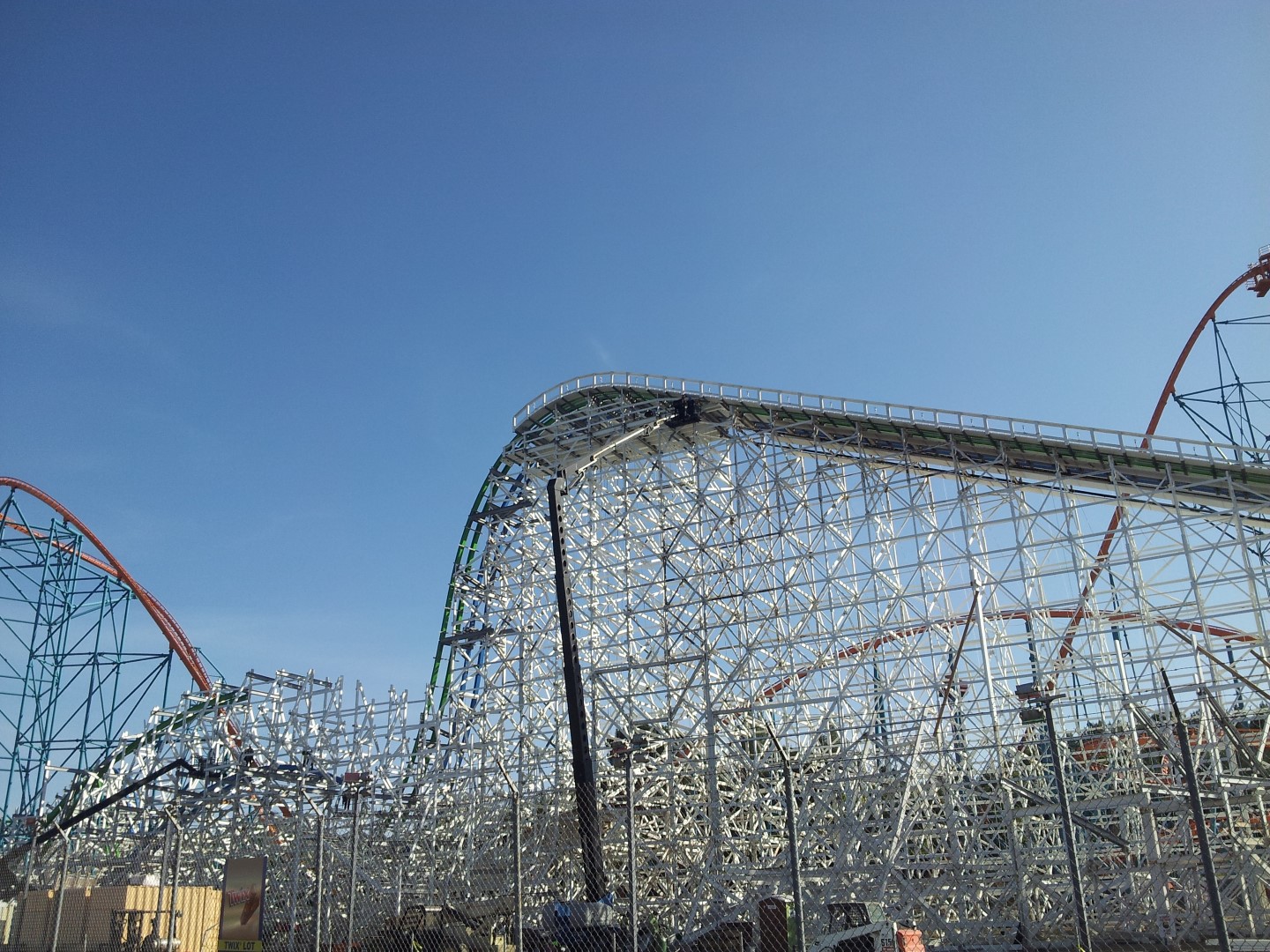 You may notice that the High Five/Double-Down structure looks ‘wider’ than before. The ride’s receiving a bit more wood to make sure the ride’s well supported. 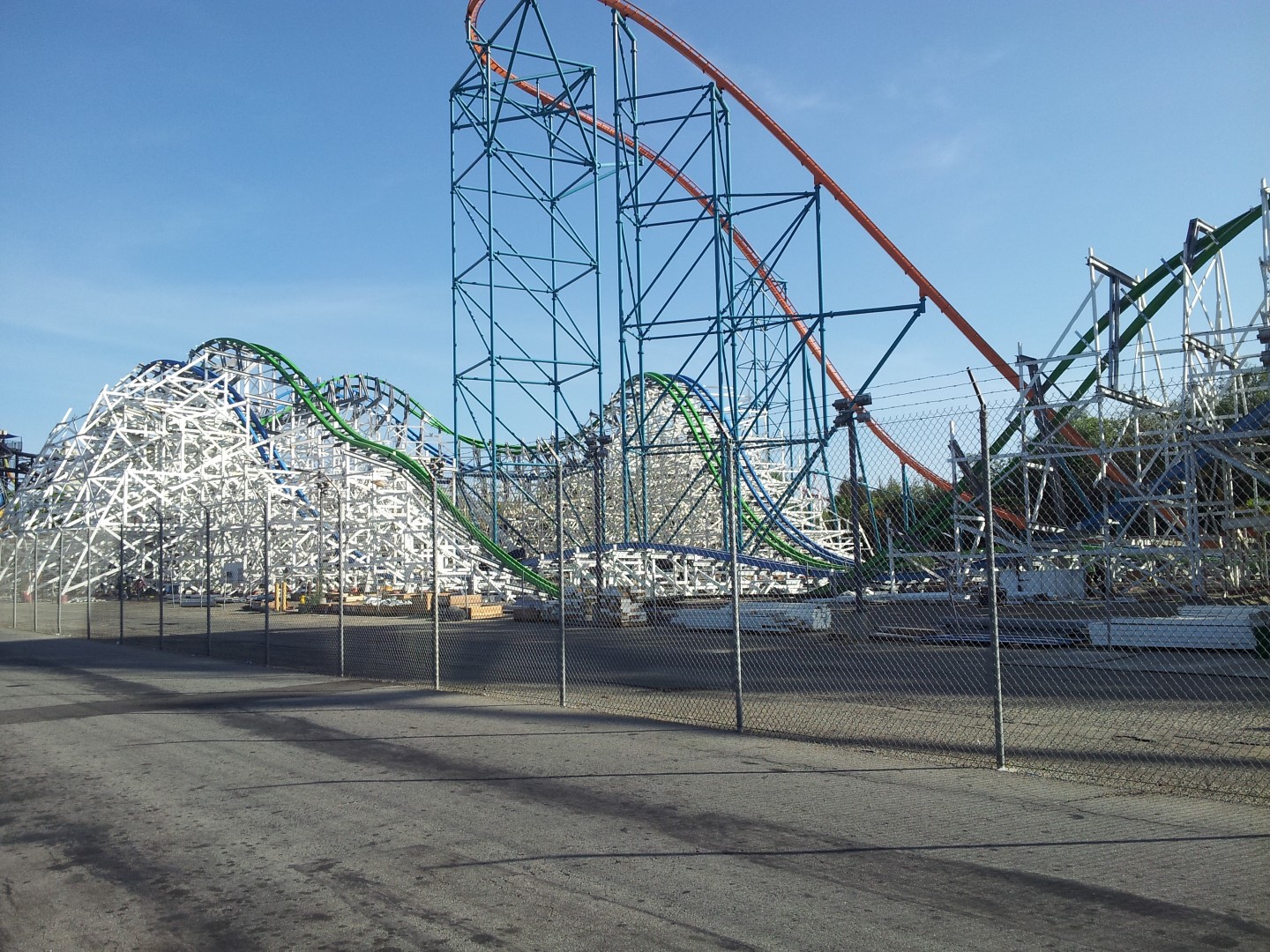 Thanks Goliath for photo-bombing… 😛 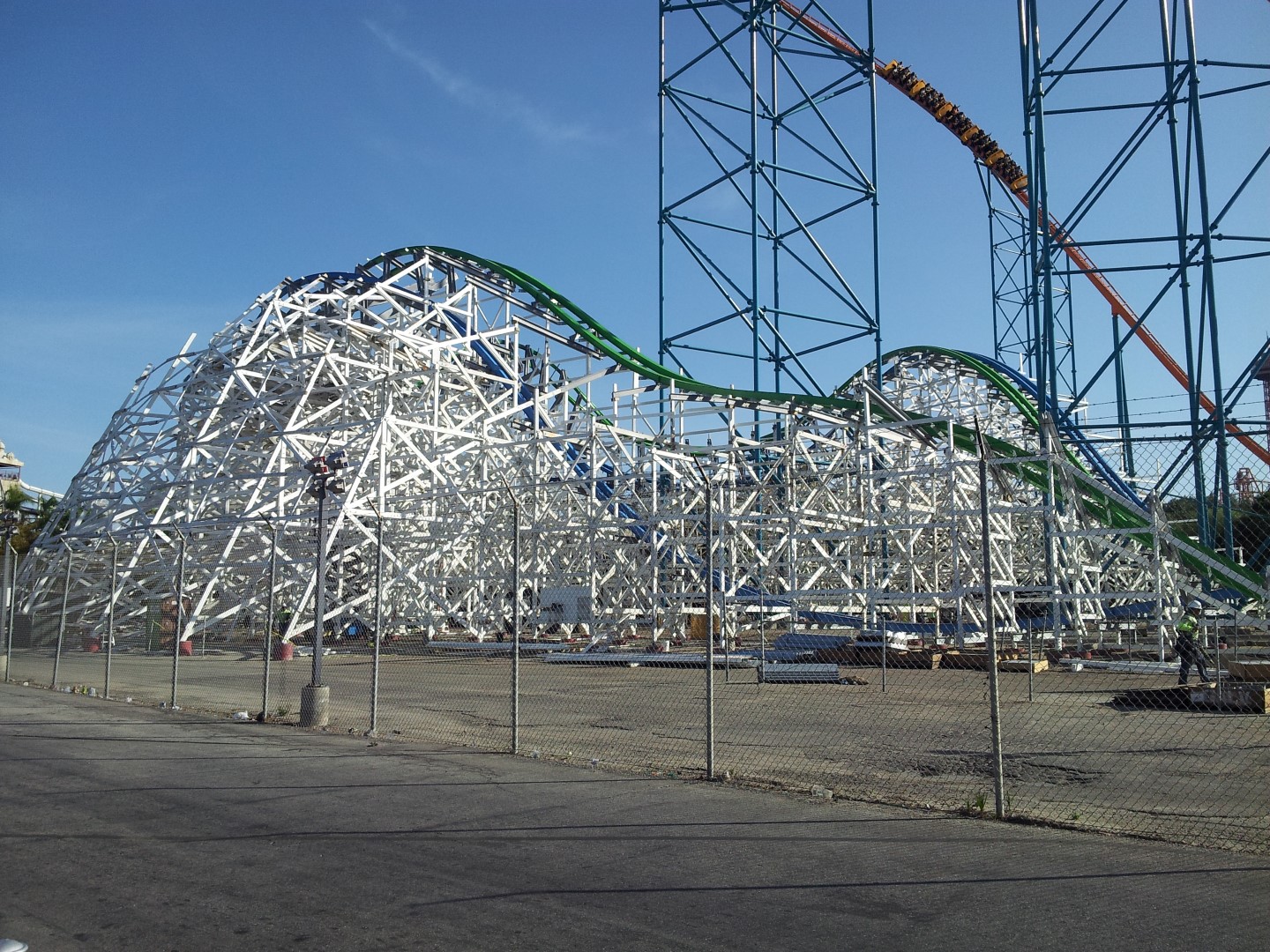 I’m going to repeat myself many times I’m sure… but that blue-dive under the green Double-Down will be the hidden gem on the ride. I believe. 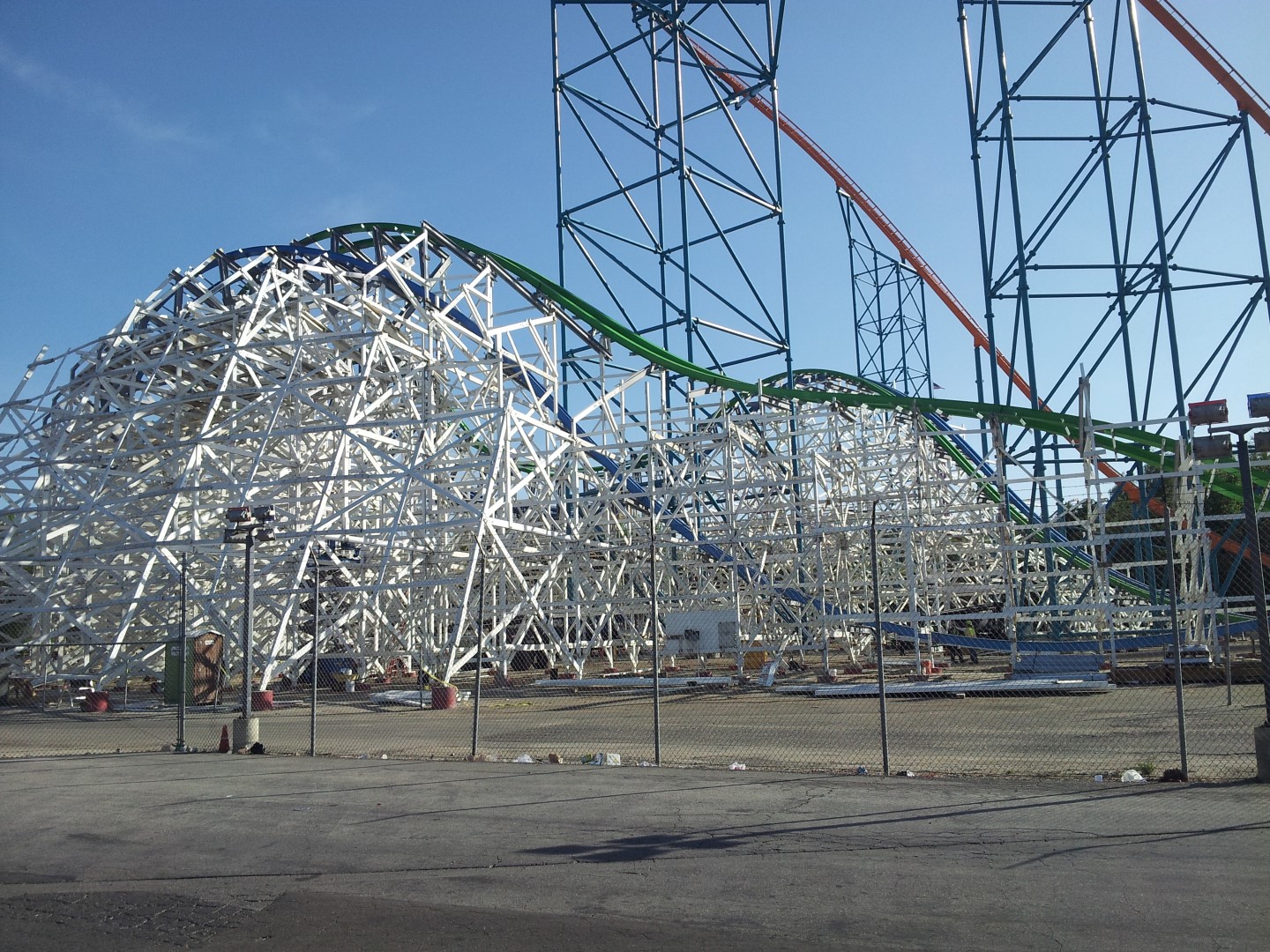 Let’s move on to the process made on the amazing looking Top Gun Stall. 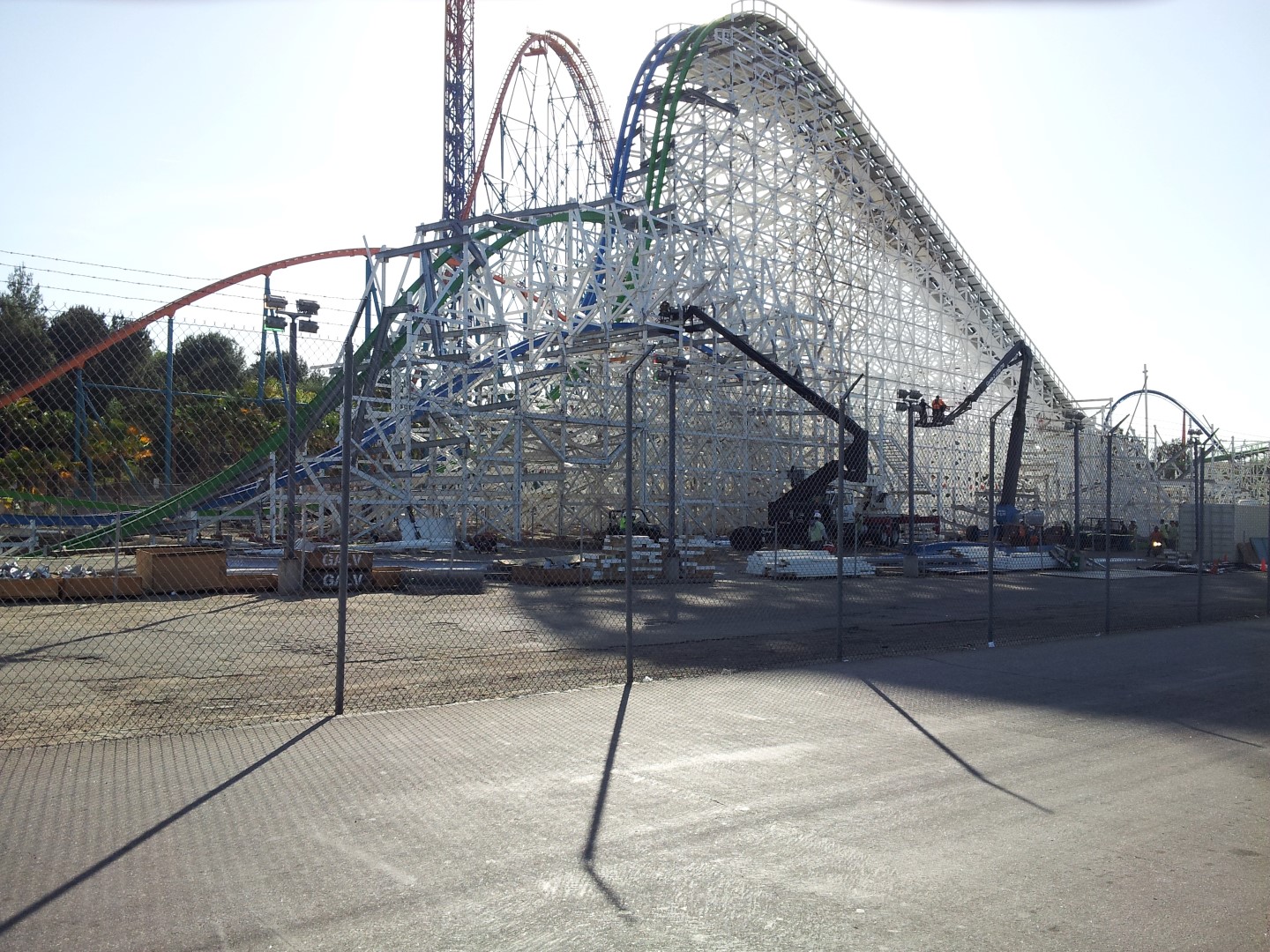 The green track, the actual stall, is entirely inverted. The supports might give you a good idea of how ridiculously long you’ll be inverted! Notice that construction on the blue track below has progressed as well. 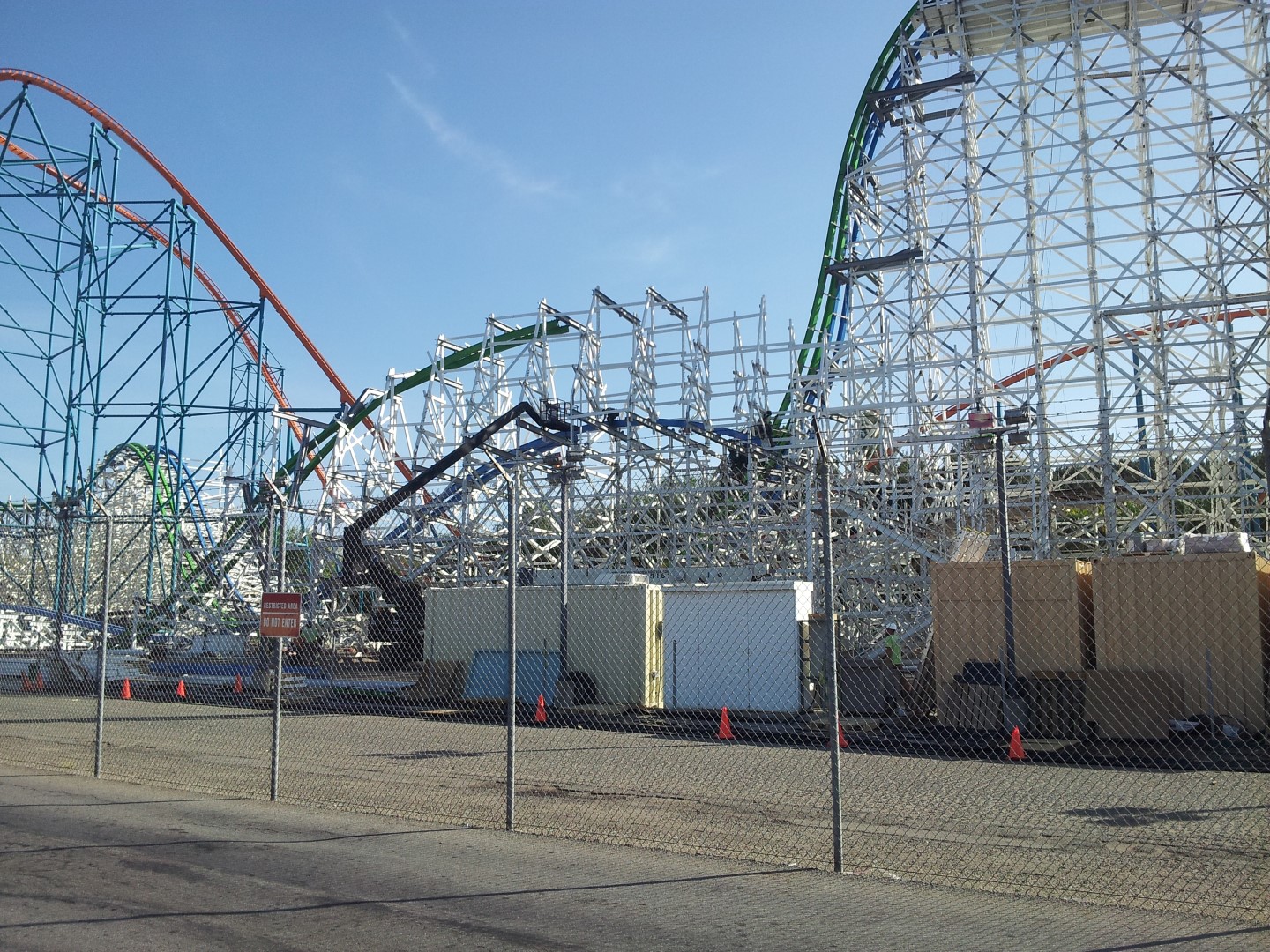 This will be one heck of a great ride to watch from the parking lot. 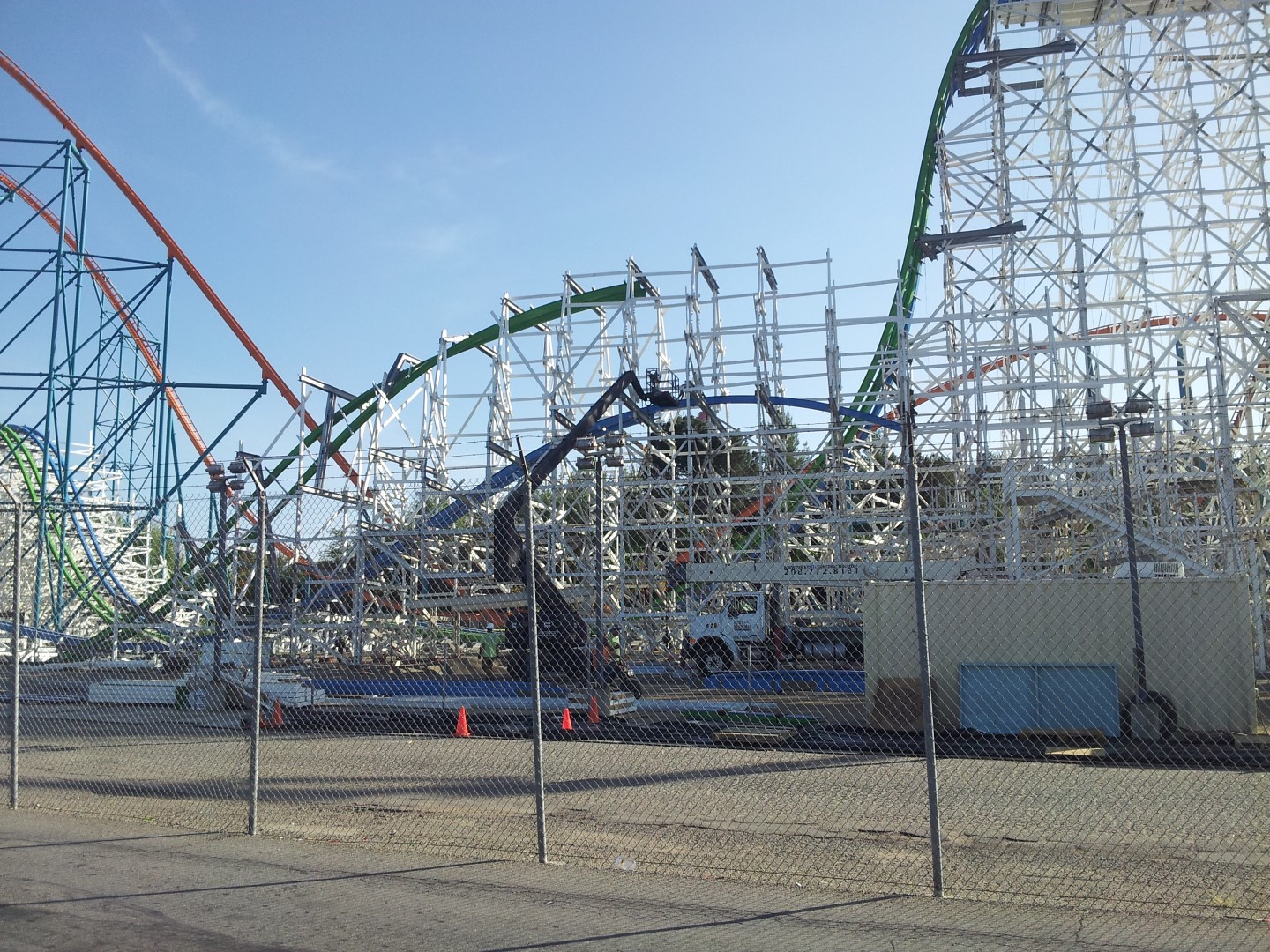 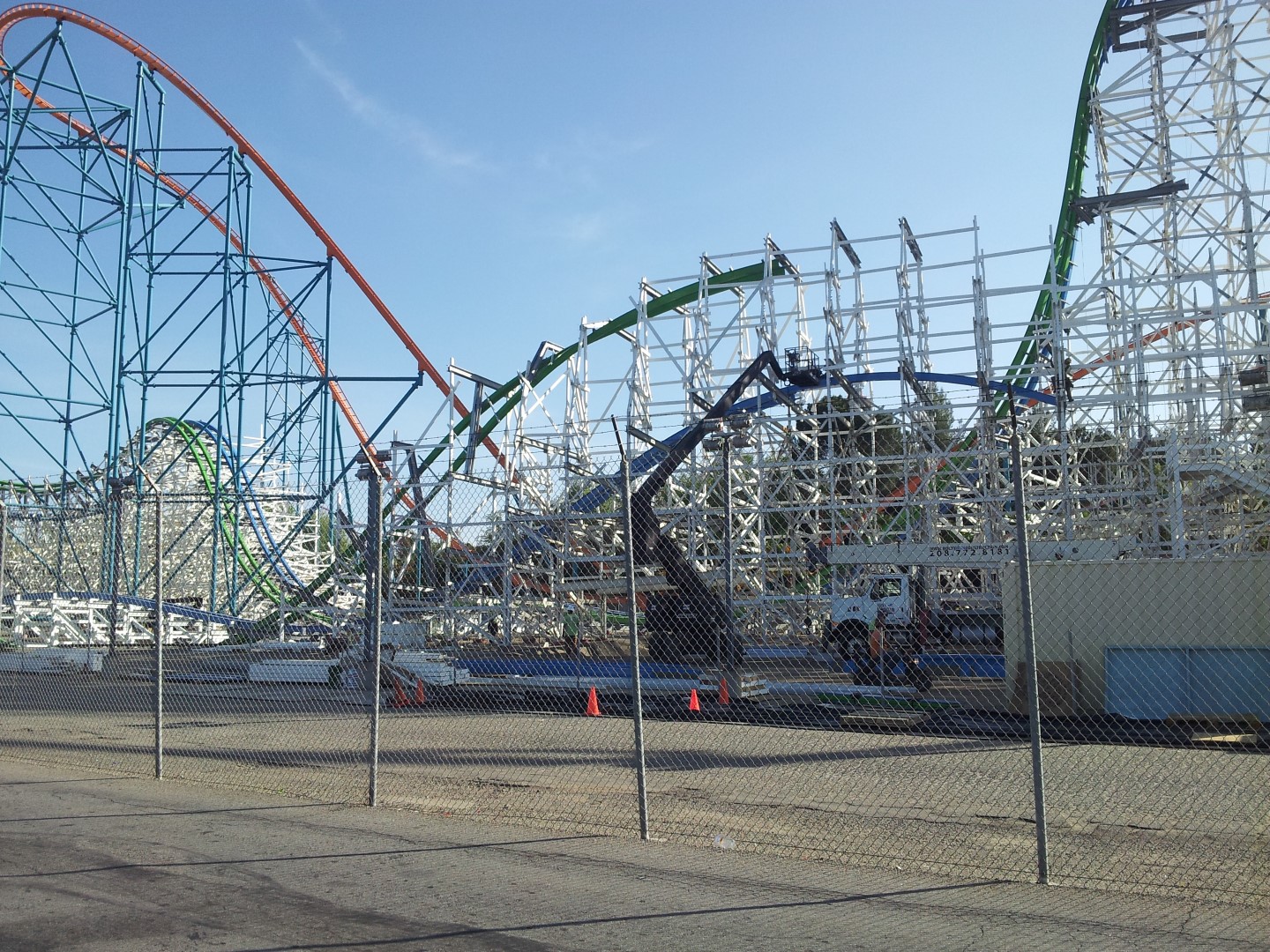 Here’s a shot of the progress on the new GearWorks Theater that will host the new cirque-esque show; ‘Kwirk’ later this season! (More about the show in the backstage tour report below). 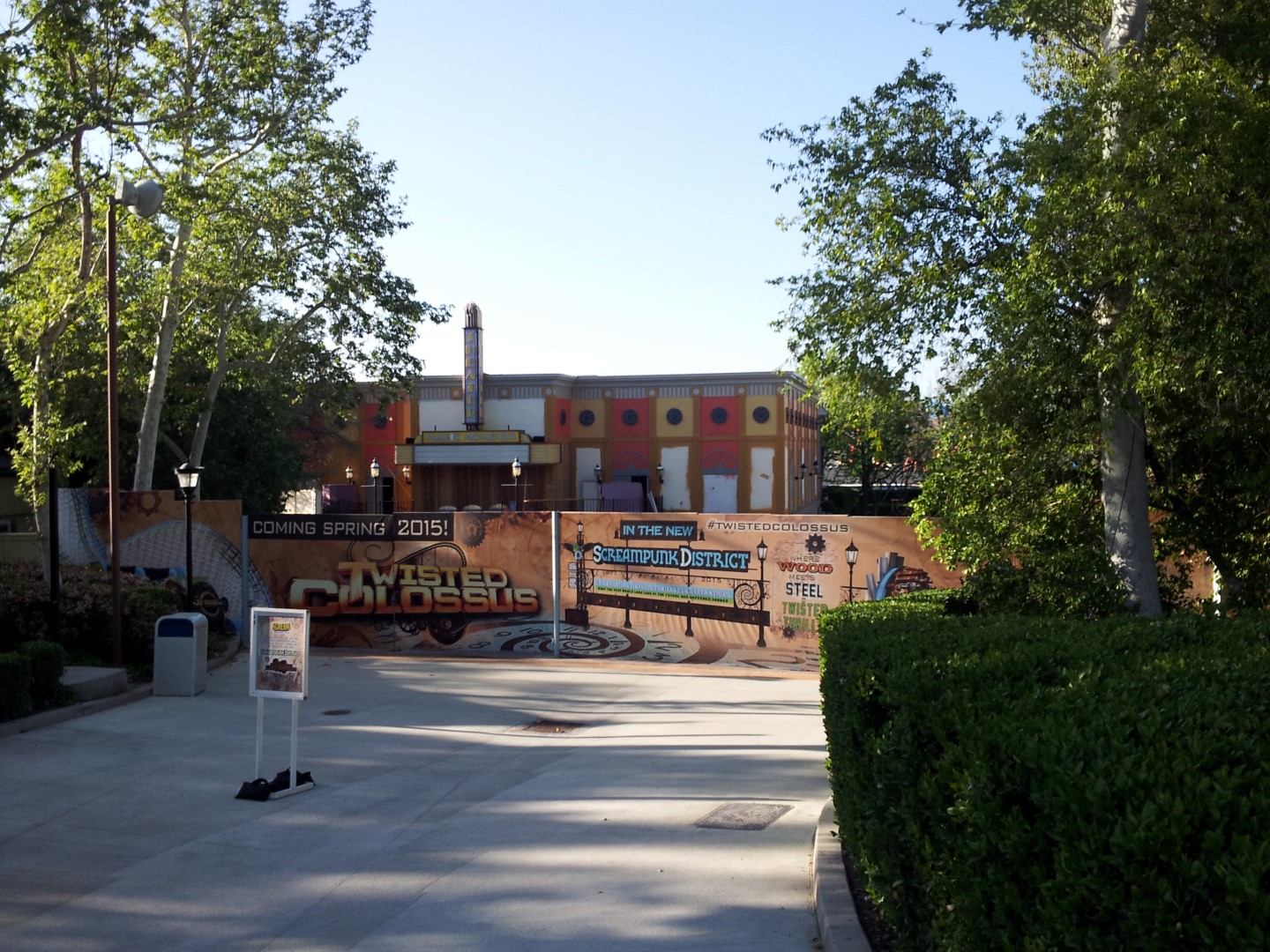 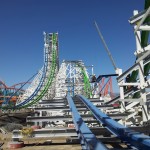 That was it for today’s update. Most work done currently is preparing for a lot of track placement soon. For a way cooler, and obviously better, up-close look, here‘s our Twisted Colossus Backstage Tour report from last week! (You can also click on that exclusive backstage shot we took!)

I’ve also published the HUGE Six Flags Magic Mountain Update from the same day, click here to check it out!