Following the launch of our Twenty-Year Top 20: The Best Coasters of 1999, we immediately decided to make it an annual thing – Here’s what we think are the 20 best coasters that turned 20 in 2020!

Starting things off with one of our quirkier entries, #20 on our countdown takes us to the capital of Finland and its iconic hilltop park, Linnanmäki. Built inside the elevated tank of what was once a natural water “tower,” the Zierer-built Linnunrata (Finnish for “Milky Way”) gave Helsinki its own little Space Mountain – and we do mean little. At exactly 300 meters long, Linnunrata is a bit on the short side, though a charming family coaster nonetheless (and still longer than about half the coasters ever built at Linnanmäki, believe it or not).

Another European family favorite, Europa Park’s Poseidon helped usher in the water coaster revolution just over 20 years ago (we say “help,” since Mack couldn’t have done it without their first water coaster client, Sea World Orlando in 1998). Beautifully adorned with a painstakingly detailed Grecian aesthetic, Poseidon takes his followers on a wet adventure along the coast of Athens. While several designers tried and failed at the amphibious coaster concept, Poseidon is an impressive, reliable attraction that quickly became the new face of Mack Rides, with endless clients lining up to buy variations of the ride to this day. 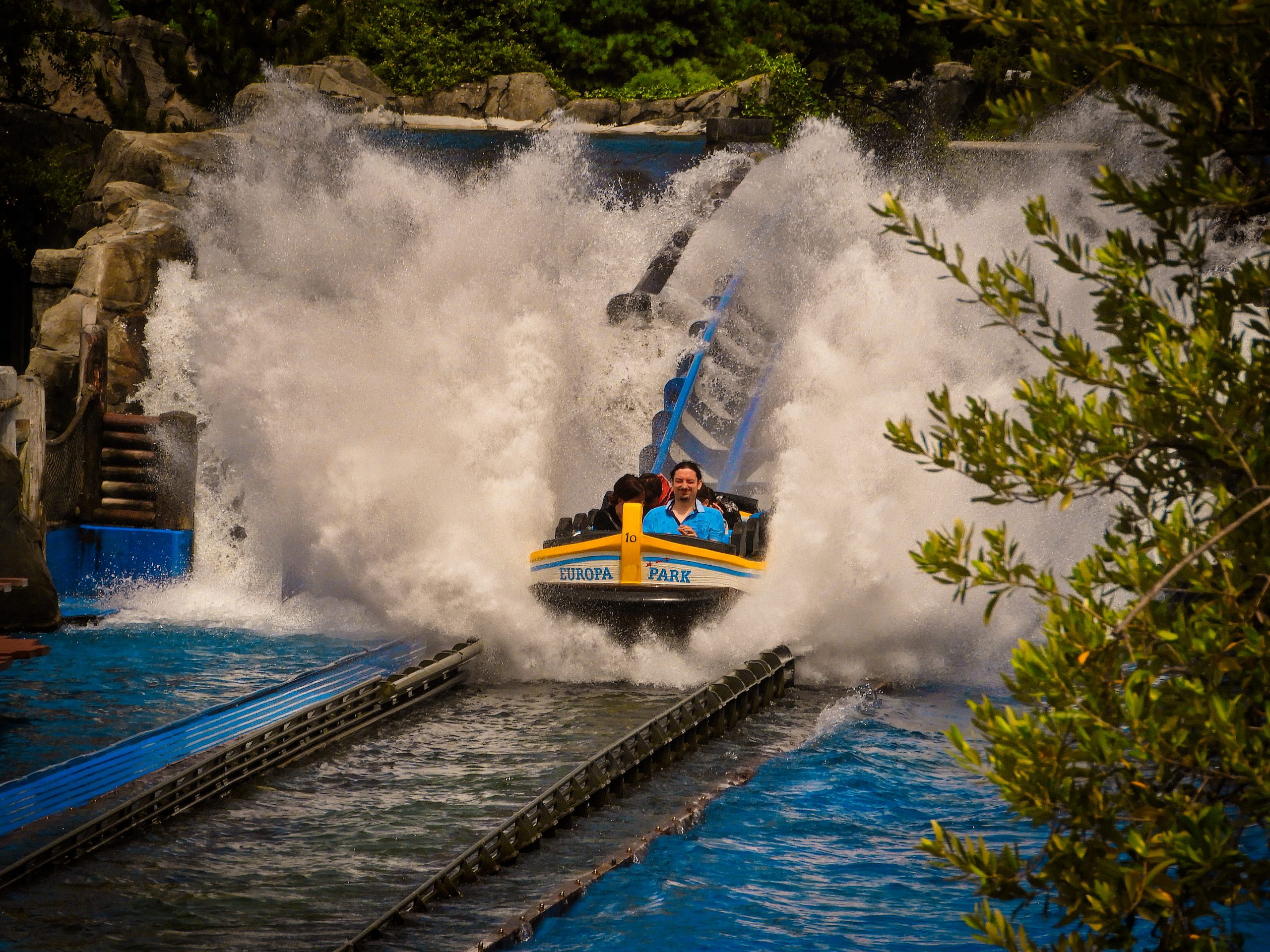 If the 4D Free Spin was S&S’s bid to get a miniature X2 installed in every major park market in the country, then Intamin’s Twisted Impulse coaster was a way of shrinking the enigmatic Volcano: The Blast Coaster into a tiny footprint (and efficient price point) that most regional parks could work with. First to sign up for the outlandish non-looping shuttle invert was Six Flags, whose scheme of multiple new E ticket rides at the newly acquired Geuaga Lake was meant give Six Flags an explosive introduction to the Ohio market. Though not as substantial or unique as Batman: Knight Flight (or The Villain, for that matter), Superman: Ultimate Escape shocked riders with its multiple launches, gravity-defying vertical twist, and breathtaking hold-brake on the rear spike. Subsequent installations of the Twisted Impulse coasters have reduced its unique-ness (the newest–and tallest/fastest– installation just a few months old), but the original installation has been a Dorney Park fan-favorite since its relocation in 2008.

As visible construction completed on the mysterious looking year 2000 attraction for Paramount’s Great America (despite no official ride announcement), enthusiasts were abuzz about what to expect from the confounding new coaster. With track that transitioned seamlessly between right-side-up and inverted, Great America’s announcement of what would be the world’s first (quasi-)successful flying coaster was a lightbulb moment for many. However, questions and curiosity about execution would later give way to headaches and disappointment during Stealth’s troubled 3 years at Great America. The solution for the historic ride was some fresh programming and a park with lower annual attendance (hourly capacity paled in comparison to projections), so off to Carowinds it went. The original Vekoma Flying Dutchman may not be the smoothest or most comfortable, and its layout was quick to see improvements with the 2nd phase of installations at Six Flags Worlds of Adventure and Six Flags America, but Nighthawk remains a satisfying, thrilling, and verging-on-nostalgic attraction in its own right. 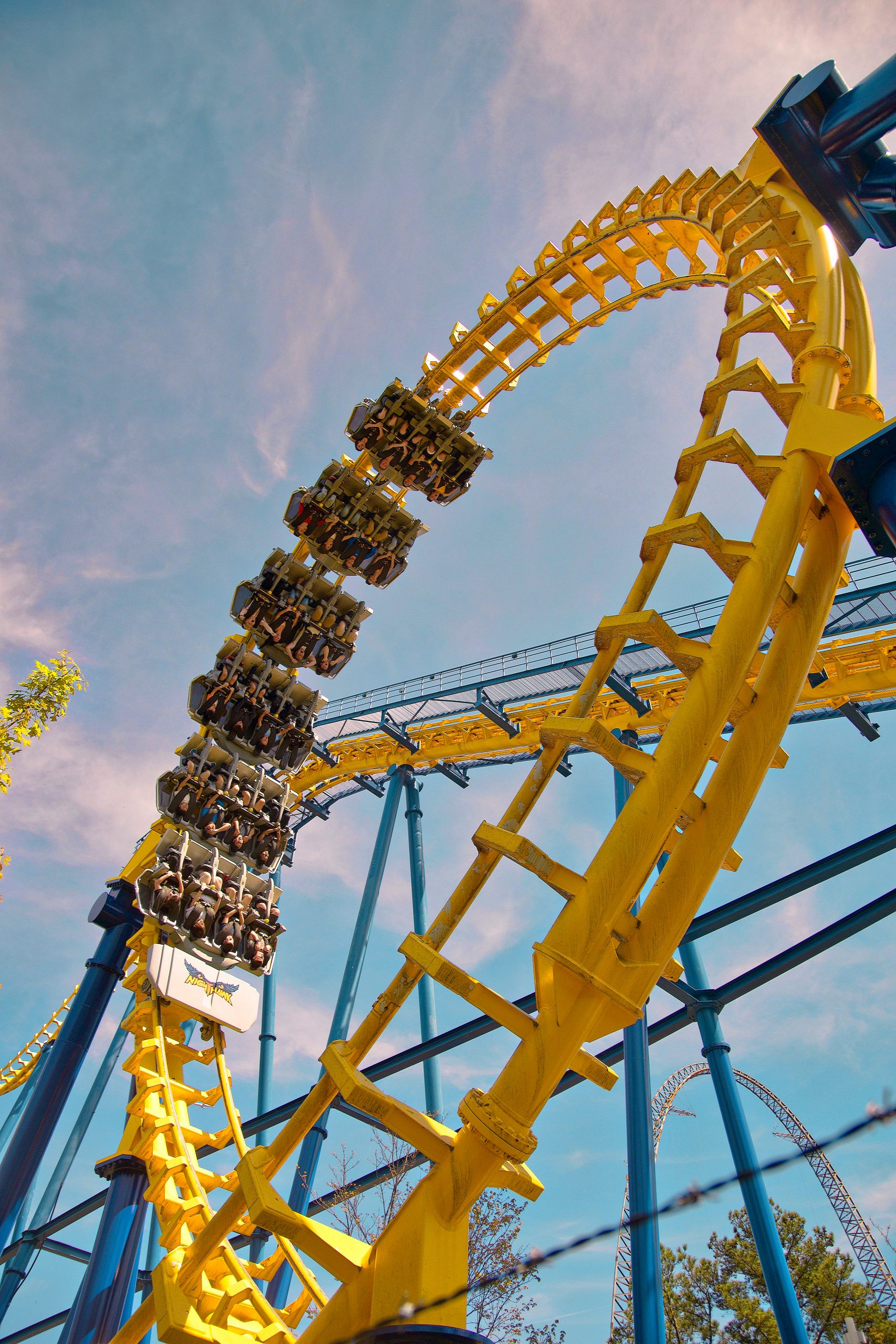 With Premier Parks pleased with the performance of Poltergeist at Six Flags Fiesta Texas and Joker’s Jinx at Six Flags America, it’s no surprise that another spaghetti bowl launched looper was contracted for the would-be thrill capital of their freshly acquired Walibi parks chain. The key difference? No need to hire U.S. based Premier Rides when nearby production powerhouse Vekoma could do the same job (or better even, depending on who you ask) with the help of a ride layout already sold to Disney, of all companies. Serving as a satisfying headliner for the transformation of Walibi Flevo into Six Flags Holland, Superman The Ride enjoyed the front half of the decade as a comic book icon before the Premier Parks empire collapsed, restoring natural order to the Walibi parks and reducing the hero to a generic identity. Xpress really came into its own with the Platform 13 relaunch, whose impressive queue and fiery finale now festoon the ride’s already solid experience. 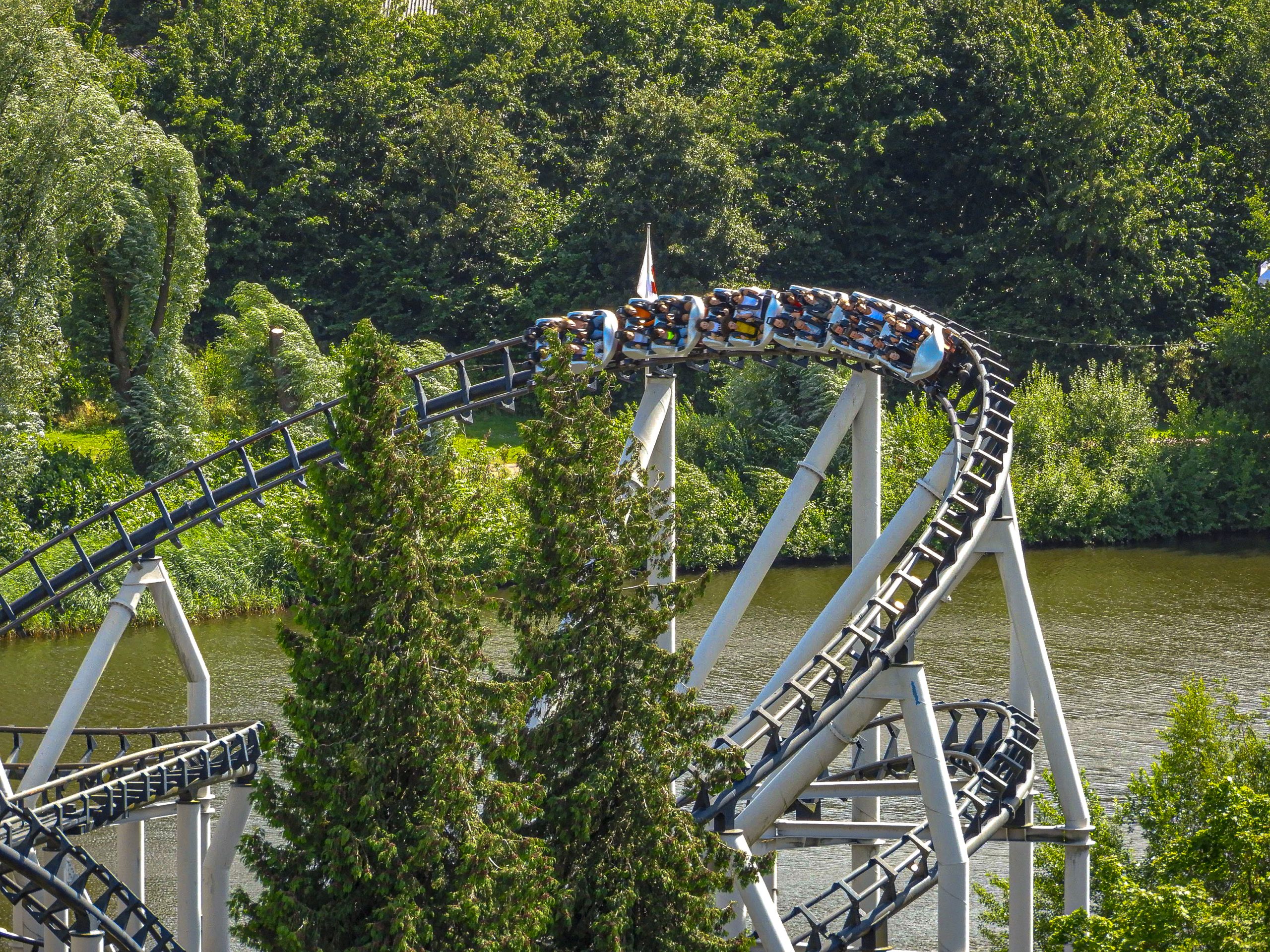 We’re probably going to get roasted for this one: as far as the prestigious class of 2000 goes, Superman Krypton Coaster finishes last for us in the B&M Floorless category. Though impressive in size and design, the ride suffers from comparisons to other B&Ms (Floorless or otherwise), most of which enjoy more rapid pacing and a better maintenance of speed. Credit is due for its use of terrain – through hell or high water, Fiesta Texas was determined to squeeze as much mileage out of that quarry wall as possible, even if it meant reducing what should be an expeditious thrill ride into a sluggish endeavor. 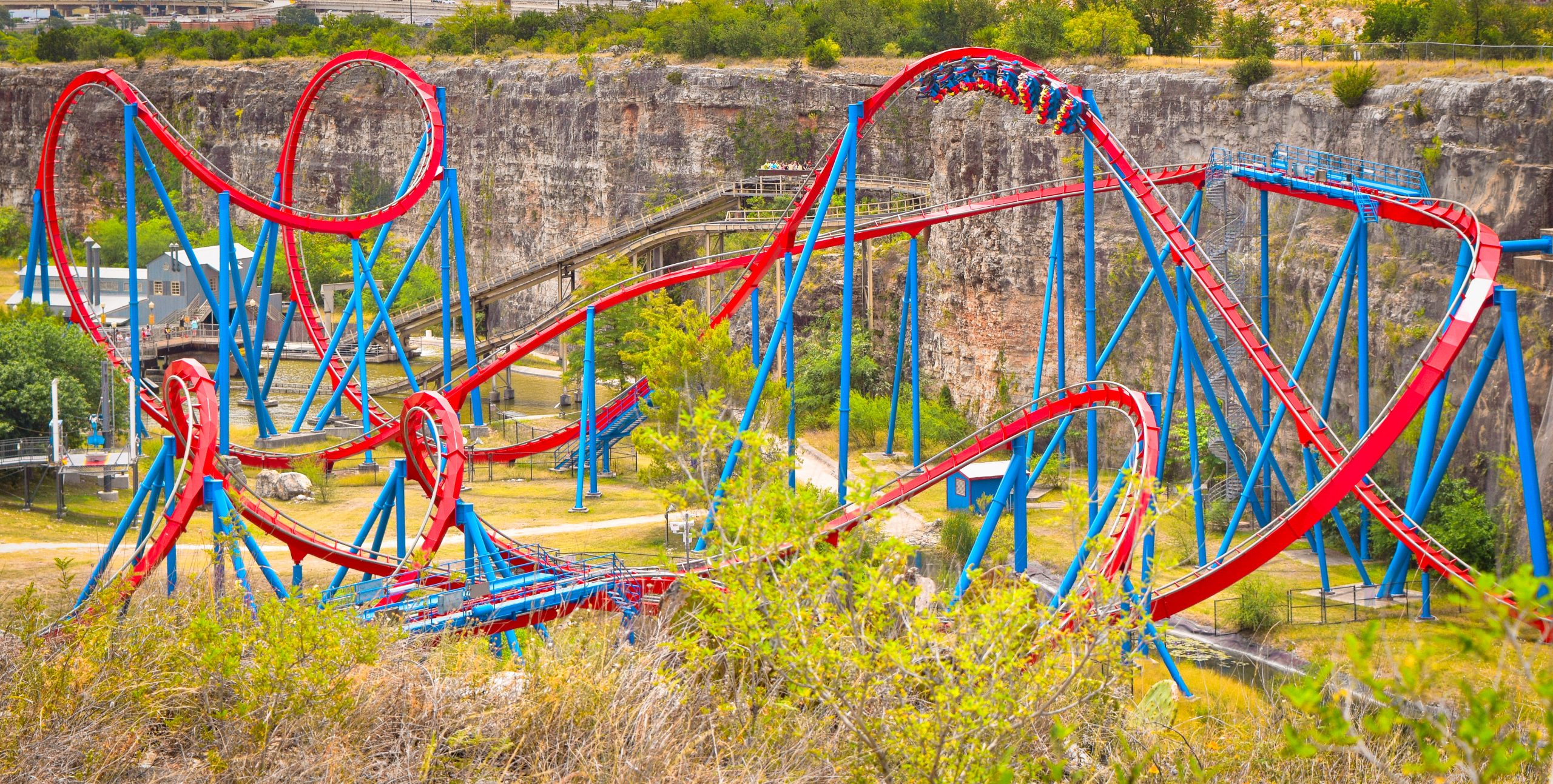 The year 2000 was a lot of things – not the least of which was “The Year of Superman.” With the Premier Parks era of Six Flags firing on every cylinder, it’s clear that a love affair with the then under-utilized intellectual property rights to The Man of Steel was manifesting far and wide. Of the five Superman-themed coasters that opened in 2000, Six Flags America’s model fell somewhere in the middle: a better example of coaster-enthusiast-chow than the inverted or looping varieties, but still an imperfect fit for its location (highlighted by Darien Lake’s ride of the same name and layout installed a year before), and a far cry from Six Flags New England’s version. While not a bad ride by any stretch of the imagination, rides like New England’s Superman or Walibi Holland’s Goliath can’t help but leave some Ride of Steel riders feeling like there was untapped potential left on the table. 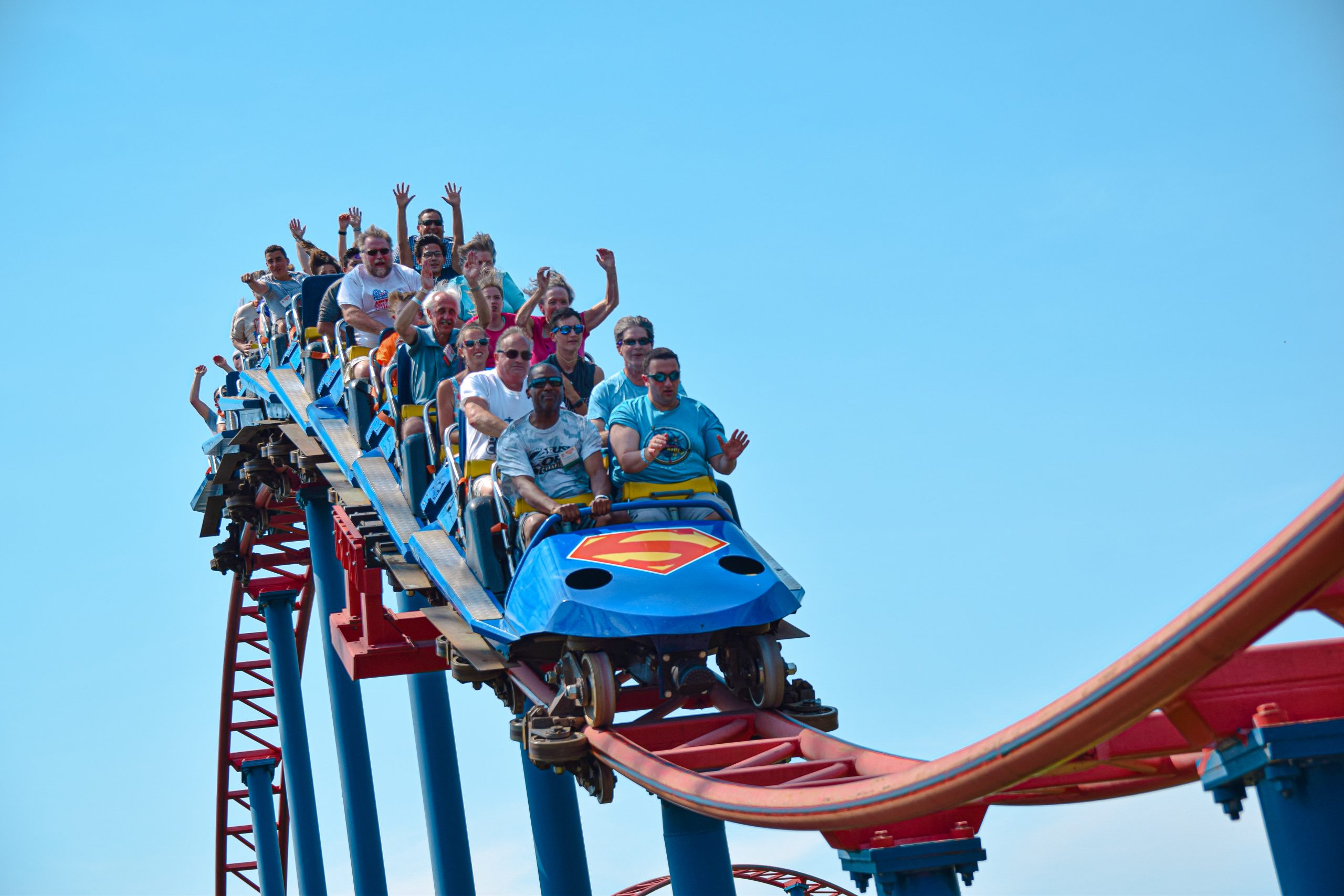 While nearby Paramount’s Great America struggled with performance issues from Stealth, Six Flags Marine World’s new coaster quickly developed the opposite reputation. While perhaps most remembered by some enthusiasts as the first documented “parking lot coaster,” Medusa was lauded by thrill seekers far and wide for its strong forces, rapid pacing, consistent operation (something that Great America patrons had no doubt taken for granted during the park’s B&M-focused early 90s), and even broke the record for tallest inversion. 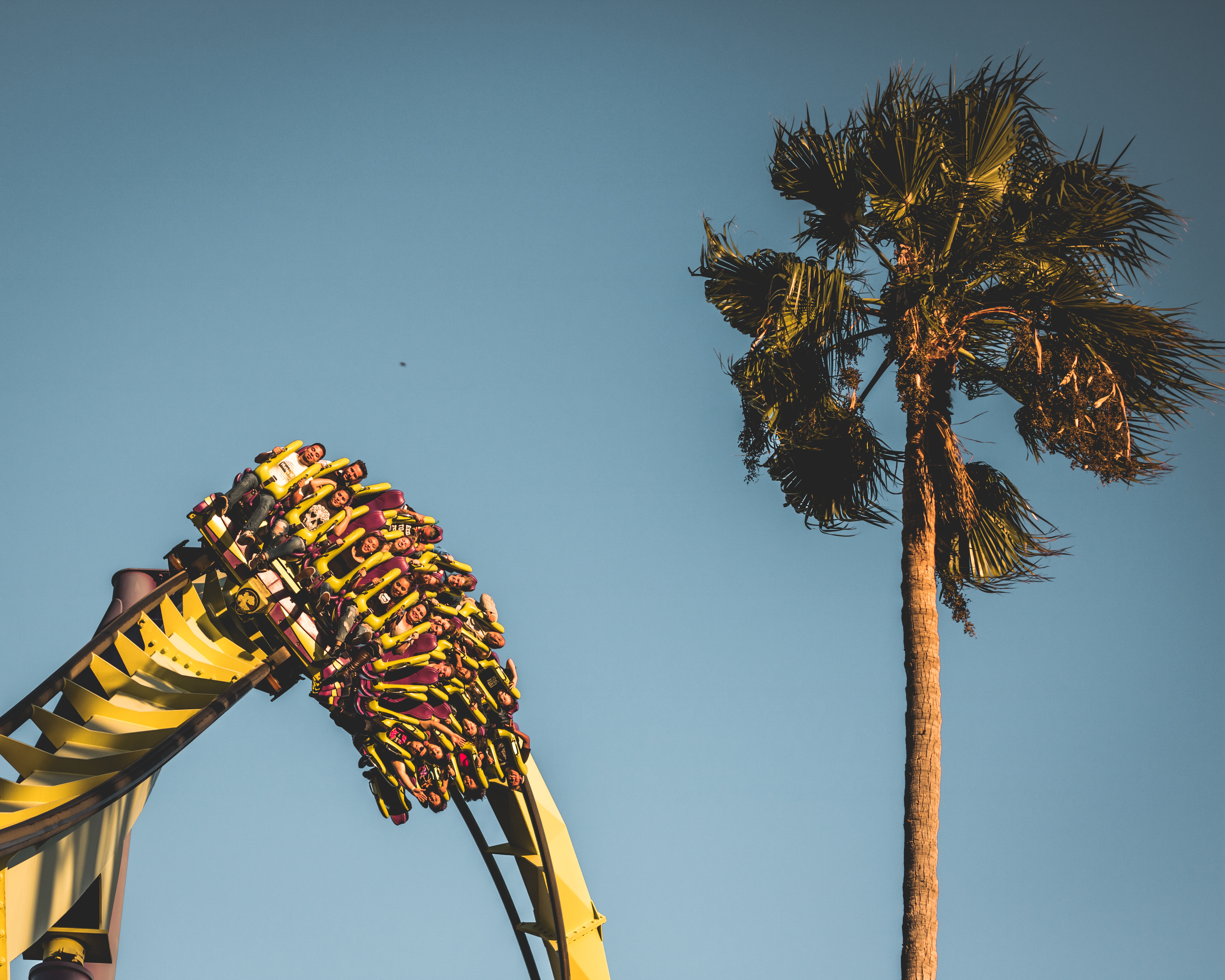 Sigh. This one really hurts us, and we think you can already guess why. Superman: Ride of Steel was easily the best coaster of the year when it opened – even the staggering heights and lengths of the original giga coasters couldn’t compare to Superman’s unrelenting airtime and majestic curves. It was the hyper coaster we wanted but didn’t deserve. After ejecting and killing an unconscious passenger in 2004, hasty train modifications decimated the ride’s comfort levels, which had grave consequences for the ride’s experience and hourly capacity. The 2009 rebranding into Bizarro saw totally new restraints that aimed to keep rider security at the forefront while also improving comfort and capacity, but with limited results. Eventually the ride returned to its original colors, but the experience will never match those first few year of bliss. 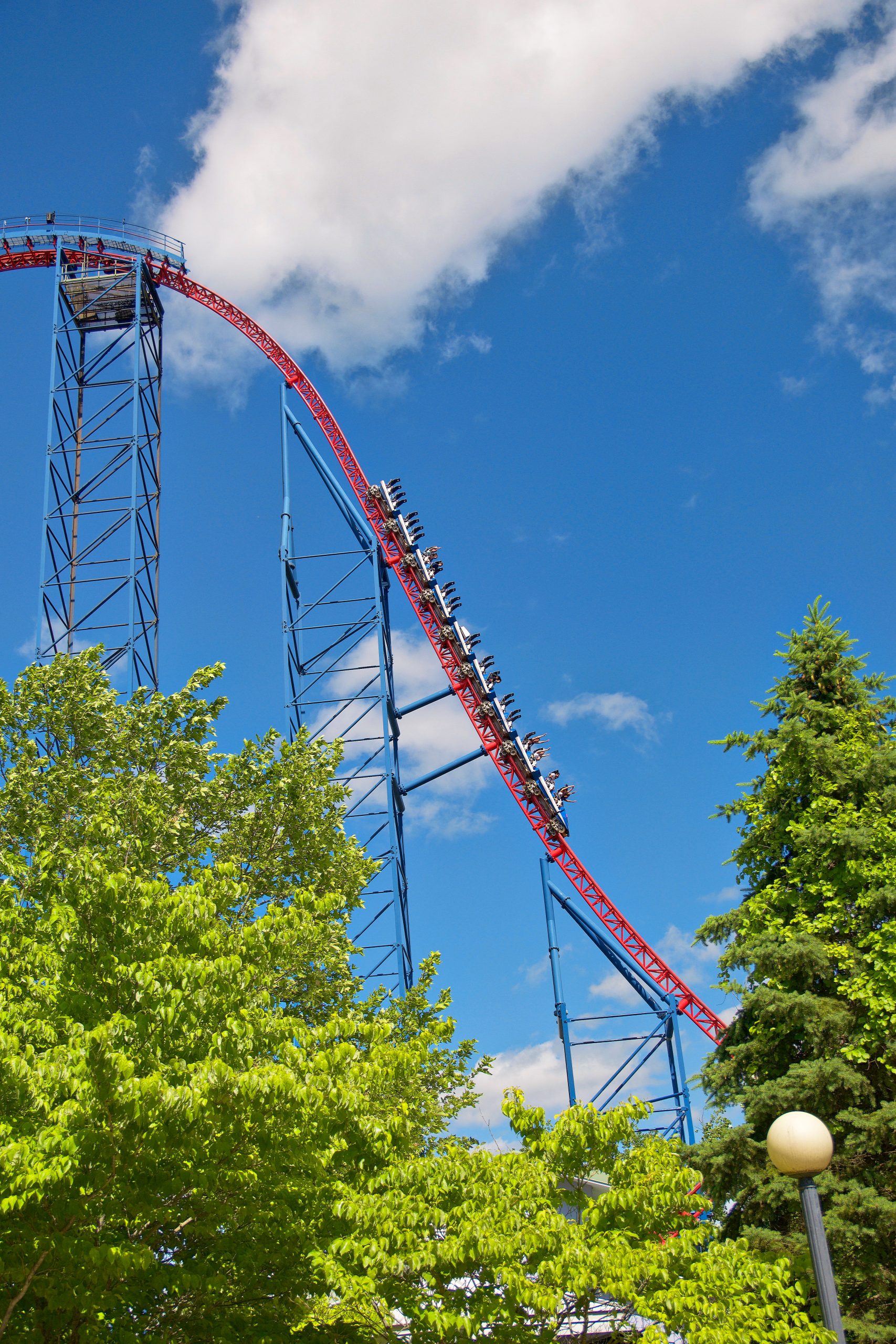 The success of Kumba was felt industry-wide, but sometimes the best measure of success isn’t how far the influence travels, but how near it travels. No sooner did Incredible Hulk wow the masses with basically an uphill-launch version of Kumba did SeaWorld make a similar move just down the road; Central Florida’s 3rd B&M sit-down looper was prepared to put the World’s most famous marine life park on the thrill seeker radar. Pairing the exceedingly marketable gimmick of floorless trains with a very if-it-ain’t-broke-don’t-fix-it layout (take Kumba’s first half, Montu’s back half, then stretch it out length-wise parallel to International Drive for maximum exposure), SeaWorld had an instant hit that was ultimately their first step toward coaster destination status. 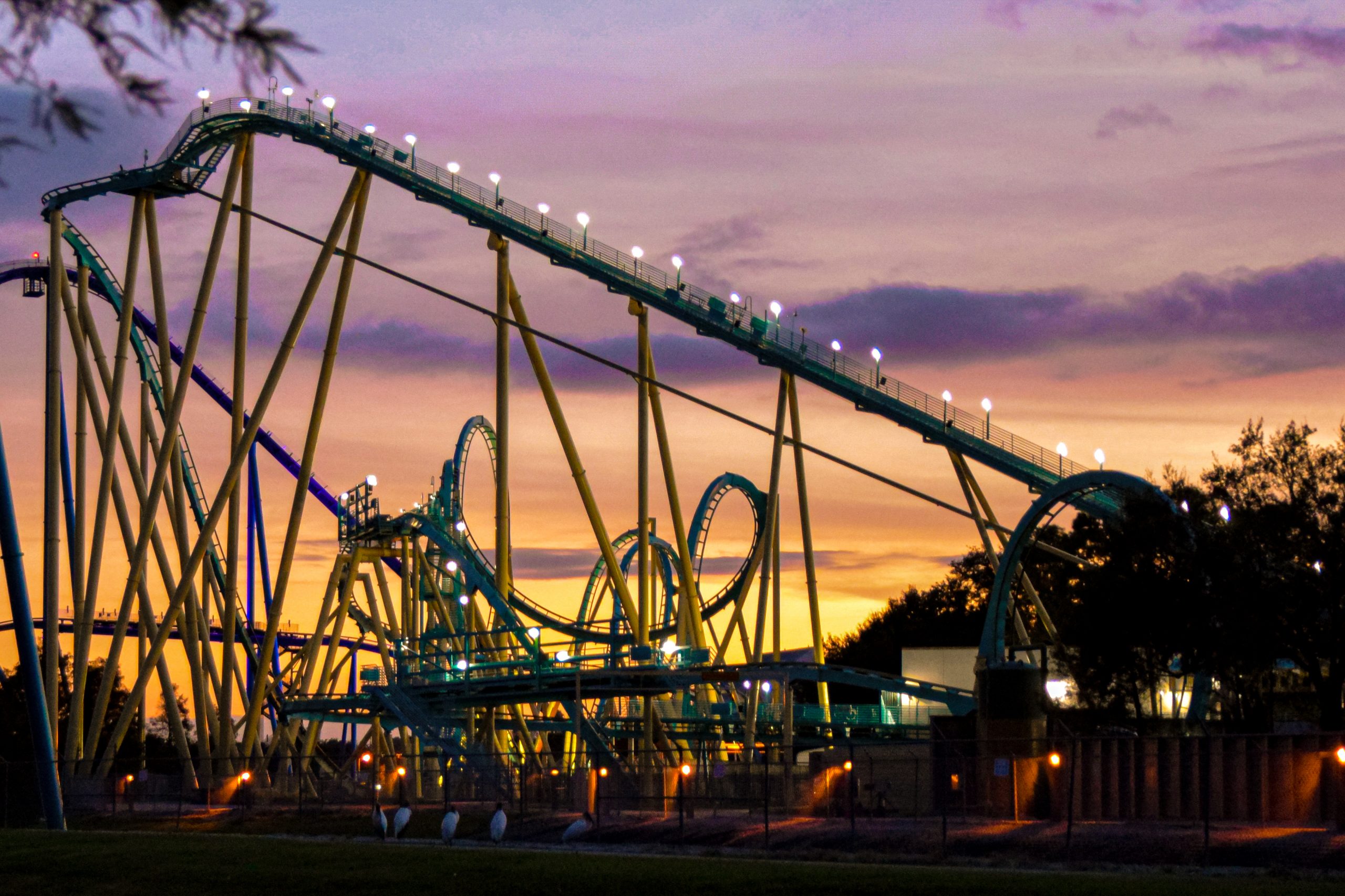