It’s been 2 years since our last comprehensive countdown of California coasters, so for 2020 we bring you now a Top 20 for the Golden State. Things in California have changed a LOT in 2 years, and the landscape and hierarchy of its coasters is no exception.

Kicking off our list is a sentimental fav, and we hope its a nostalgic one for you as well. The Santa Cruz Giant Dipper‘s biggest crime is its polarizing rolling stock, but after over 40+ years of satisfactory performance we’d be wrong to say the Morgan trains aren’t iconic at this point. Everything else about this Prior/Church dreamboat is ideal – a labor of love by the Santa Cruz Beach Boardwalk, to whom we are forever indebted for their exemplary upkeep of Giant Dipper. 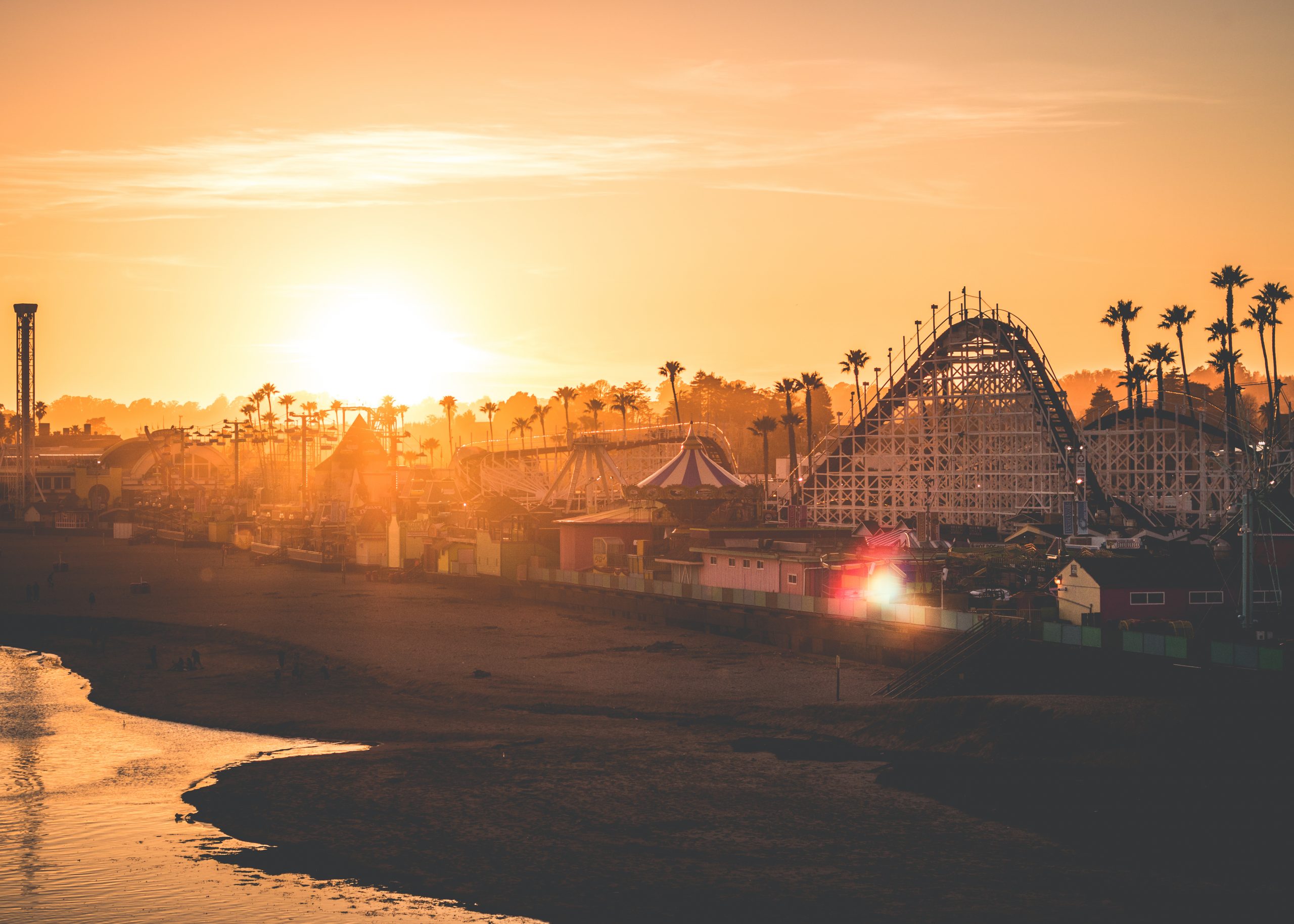 While originally remembered by many for being A) More reliable than Stealth and B) Assembled unapologetically in a parking lot, white lines intact, Medusa has kept itself well. Twenty years later, the large B&M Floorless still rules the roost in NorCal when it comes to height, speed, and inversions, and is still considered by many as Six Flags Discovery Kingdom’s signature ride. Even among other B&M coasters, Medusa’s unique “Sea Serpent Roll” and forceful finale set it part. 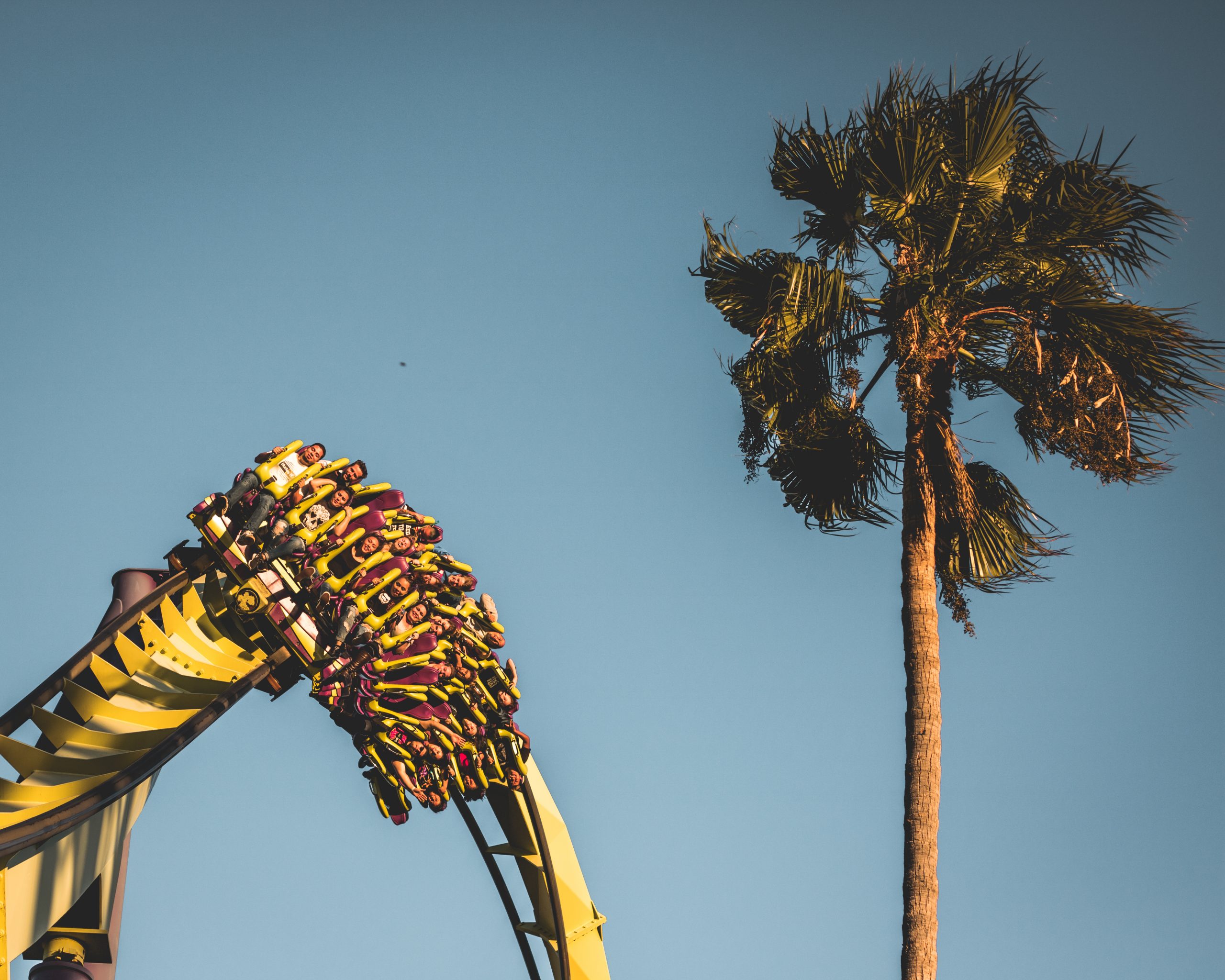 It’s easy to ride Goliath and ask yourself what you wish the ride had: more airtime, maybe? A parabolic first drop? Maybe fewer positive Gs? When other, “normal” hypers started to show up everywhere, it was easy to ask why Magic mountain got stiffed in the airtime department. Now, when we look at Goliath, we’re grateful that we got something so different. It’s not every day you find a ride with forces like these, or a drop like this. Airtime seems like a pretty easy commodity to come by in the era of RMC Hybrids and Intamin Blitzes, and as for as long as the trends favor negative Gs above all else, Goliath will continue to feel steadily more unique. 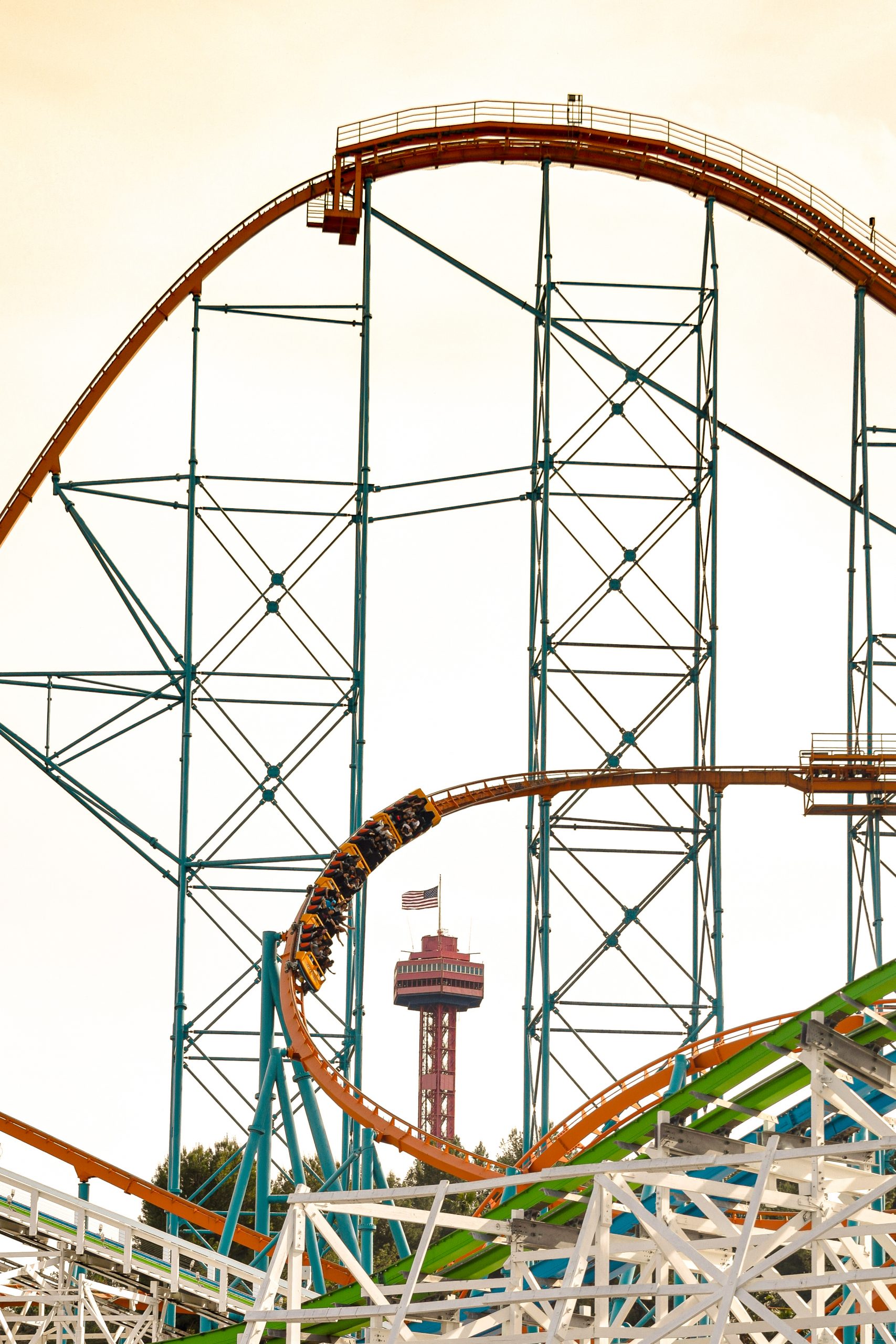 Silver Bullet’s debut on Christmas Eve 2004 probably would have been more festive if the ride wasn’t suffering from the great thief of joy: comparison. At the time, it was hard to argue in favor of Silver Bullet when the much more ferocious Batman: The Ride up the road had already celebrated its 10th birthday. Luckily for us, Silver Bullet hit the lottery of graceful aging – Knott’s Berry Farm’s heroic maintenance team will be mentioned more than once in this article – and it’s worth pointing out the layout was always this good; it just needed to warm up for a decade or so. 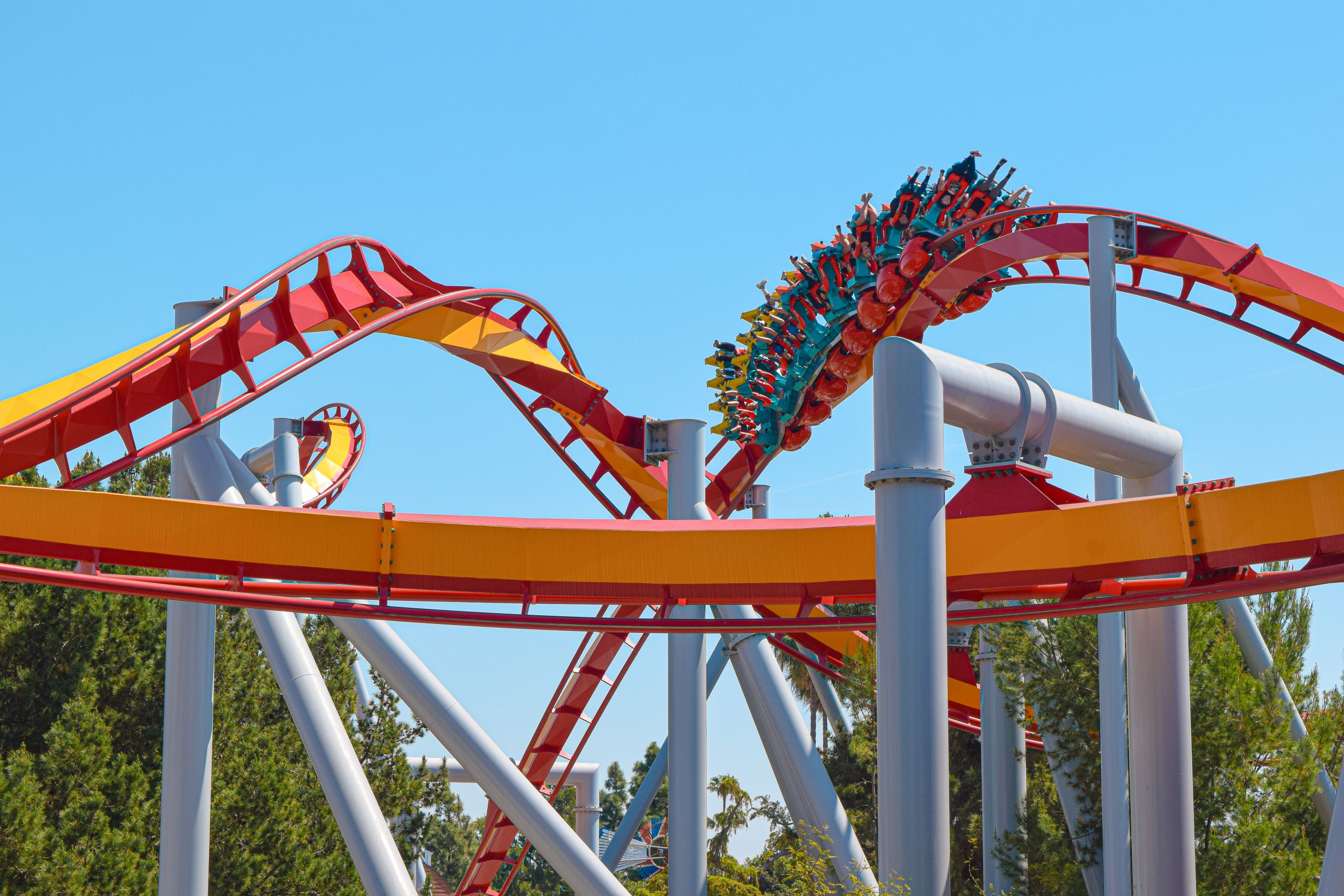 Ahh Matterhorn, to know you is to dote on you and worship the holy ground upon which you sit. Is it perfect? No. Comfortable? Maybe. Depends on how much abuse your spinal column can take. But is Matterhorn amazing? Of course it is – it’s still Disneyland Resort’s best coaster, and one of our absolute favorite Disney rides. Why was a replica of this quasi-famous mountain built in Fantasyland in the first place? Who cares! Walt wanted it, and that was enough. Why is the ride so fast and intense? Throughput, of course – when Disneyland plays the numbers game at Matterhorn, thrill-seekers win! The real question is this: Fantasyland side or Tomorrowland side? We used to like one more than the other, but now we can’t decide. 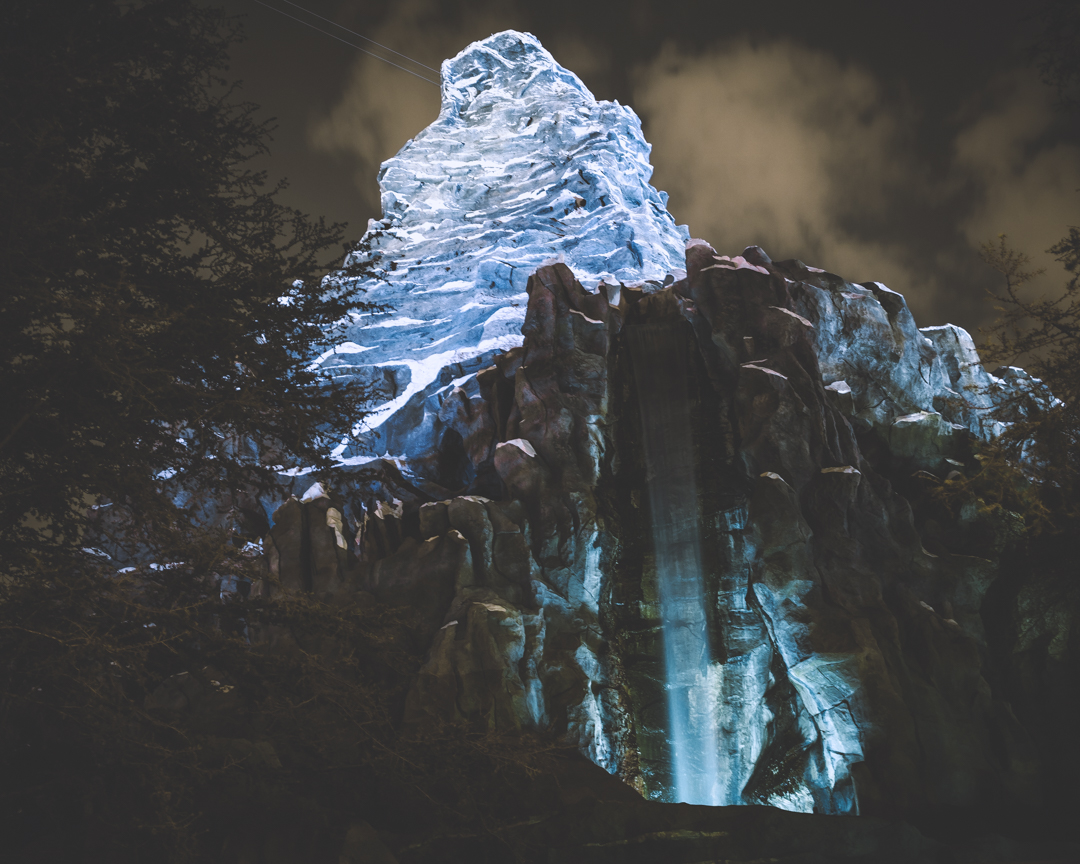 Our ranking of RailBlazer may seem too low for most, but unfortunately our experience with this ride is not one of enjoyment, but merely of appreciation: we appreciate RailBlazer, and that’s about it. It’s rough on the shoulders, the kidneys, the skull – we’re all for a rough ride, but this Happy Meal is 3 fries short of a brain hemorrhage. Maybe it should go slower? Or maybe lapbars-only would help? Straddling the rail is also pretty uncomfortable as far as we’re concerned – we’ve yet to ride without getting cramps in our hamstrings. Still, RailBlazer is nothing if not a crowd-pleaser, and we’re happy to see California’s Great America build remarkable steel coasters again after almost 20 years. 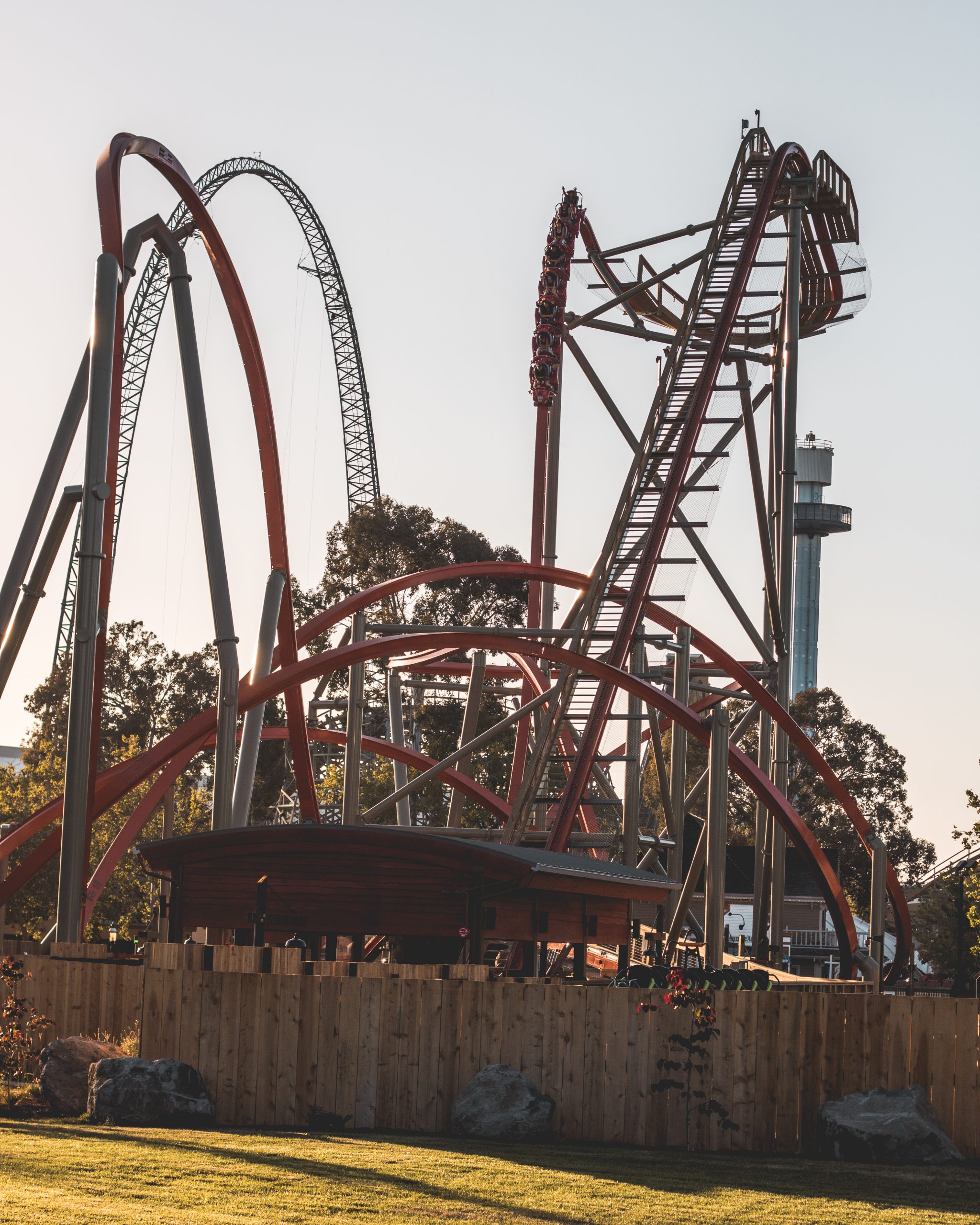 Honestly, we love Schwarzkopf Shuttle Loops so much. The only reason why Montezooma’s Revenge is this low on the list is because California is so flush with unique, World-class rides. While Montezooma isn’t totally unique, it’s certainly a World-class ride that, again, is the fruits of the labors of Knott’s maintenance department. While there’s still a handful of Schwarzkopf Shuttle Loops out there, Montezooma’s Revenge is distinct for being the last in the U.S. (currently) and one of the last still in its original location – interaction with Jaguar also gives the ride a unique boost. 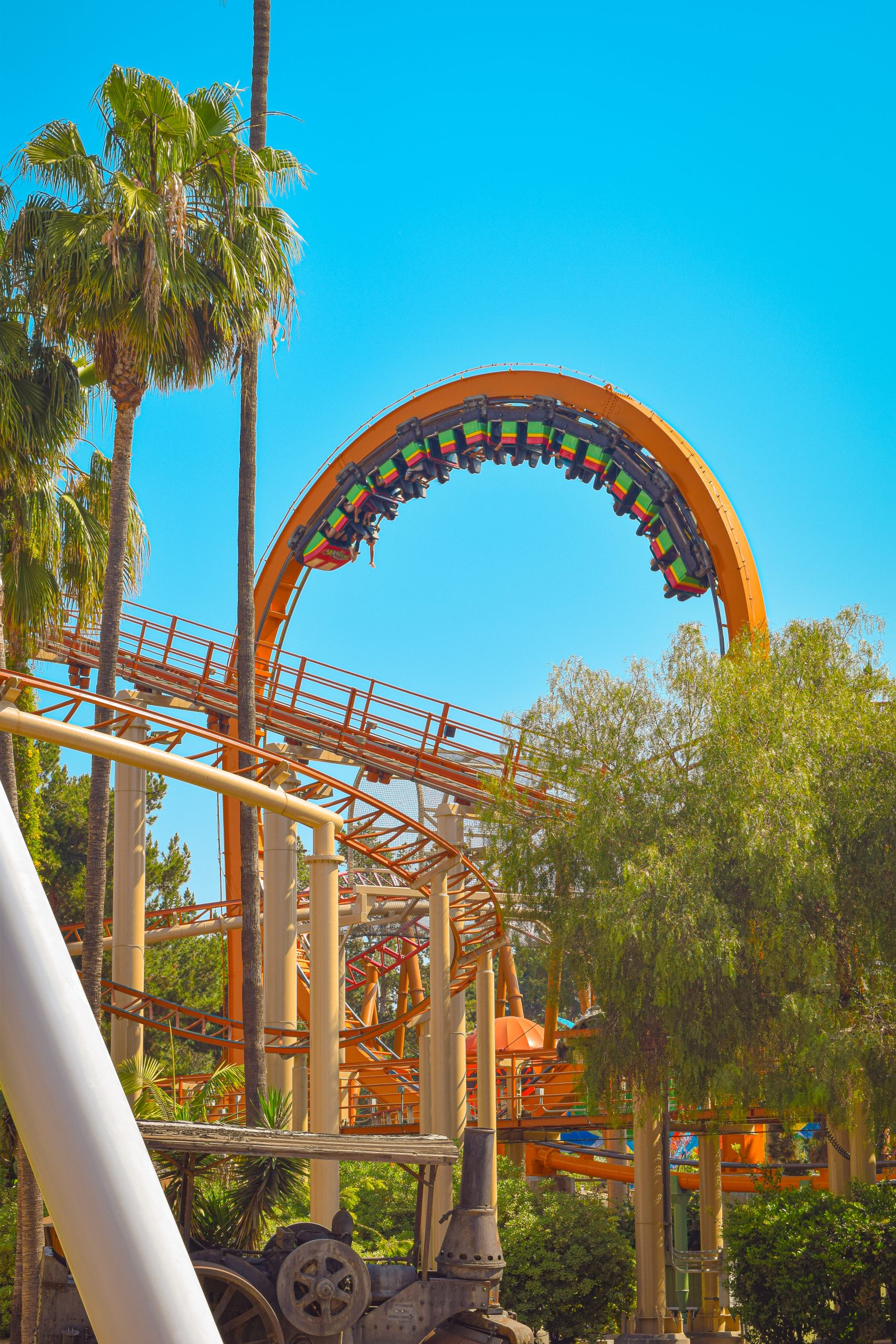 Of course we can’t have Montezooma’s Revenge without the beautiful “Schwarzkopf Jumbo IV Extended Looping Speed Racer” – better known as Magic Mountain’s Revolution. More than merely coasting on historic merit alone, Revolution‘s perfect, trailblazing vertical loop is just part of the ride’s charm: its best quality, as far as we’re concerned, is the ride’s incredible setting of mature trees (and also Tatsu). Strong pacing and a satisfying ride length are also great strengths, and we’re still beside ourselves with the lapbar-only rolling stock it received in 2016. 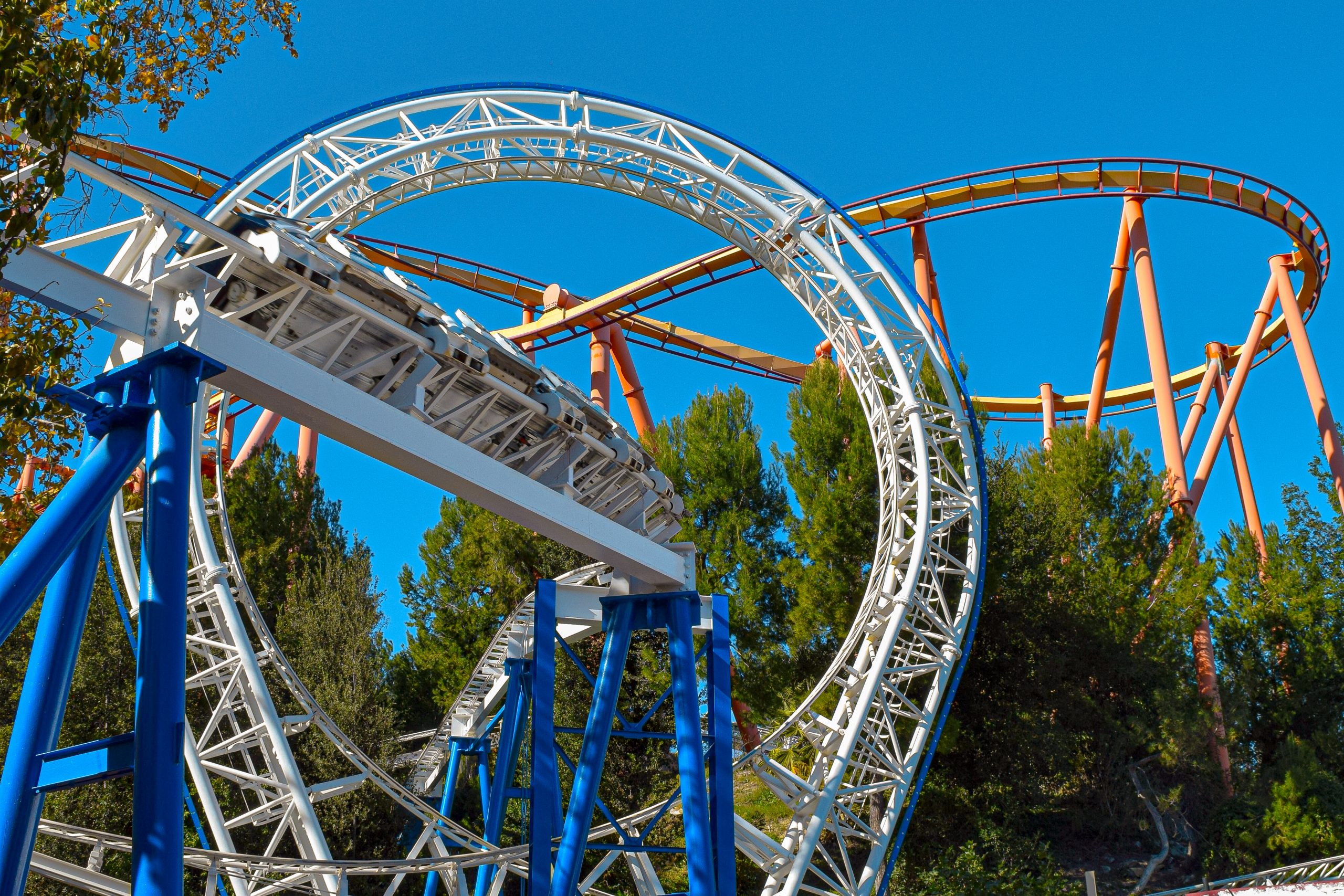 While Ninja may not fare as well as Revolution in the “mature trees” department (or at least, it hasn’t since 2014), this priceless Arrow Suspended coaster remains one of Magic Mountain’s best assets. One of the park’s few family coasters, Ninja boasts a beautiful location atop Samurai Summit and some clever interweaving around fellow legacy Arrow ride, Jet Stream. With the addition of nearby West Coast Racers, Ninja fans are now treated to better vantage points of “The Blackbelt of Coasters,” who in turn offers great views of “The Underground”: the new area that Apocalypse, Cyclone 500, and WCR call home. 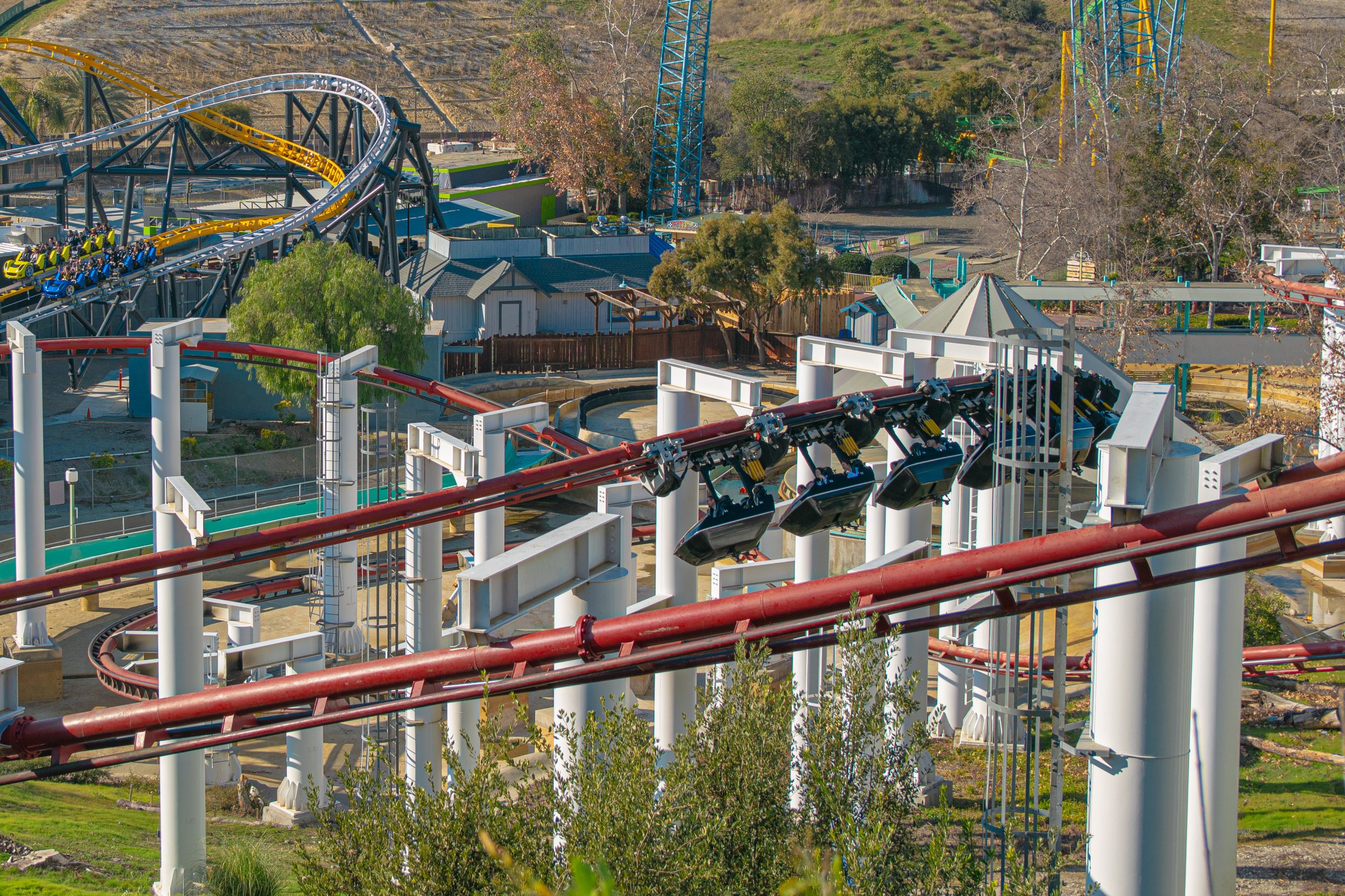 We’re probably not the only ones who suffer from “RMC fatigue” – but then again, we admit that most people in California probably do not. Joker and the other RMCs in California are objectively good rides, which is of course why they belong on this list. Having said that, looking at California’s offerings on a global scale, rides like Iron Horse coasters aren’t quite as unique as they used to be. Previously our pick for the state’s best coaster, we’ve had a change of heart regarding Joker as well as all RMC Hybrids: somewhere along the way, all start to feel the same. Of course same could once be said about Arrow Loopers and B&M Inverts, but only time will tell of RMC coasters are lauded with the same degree of nostalgia. 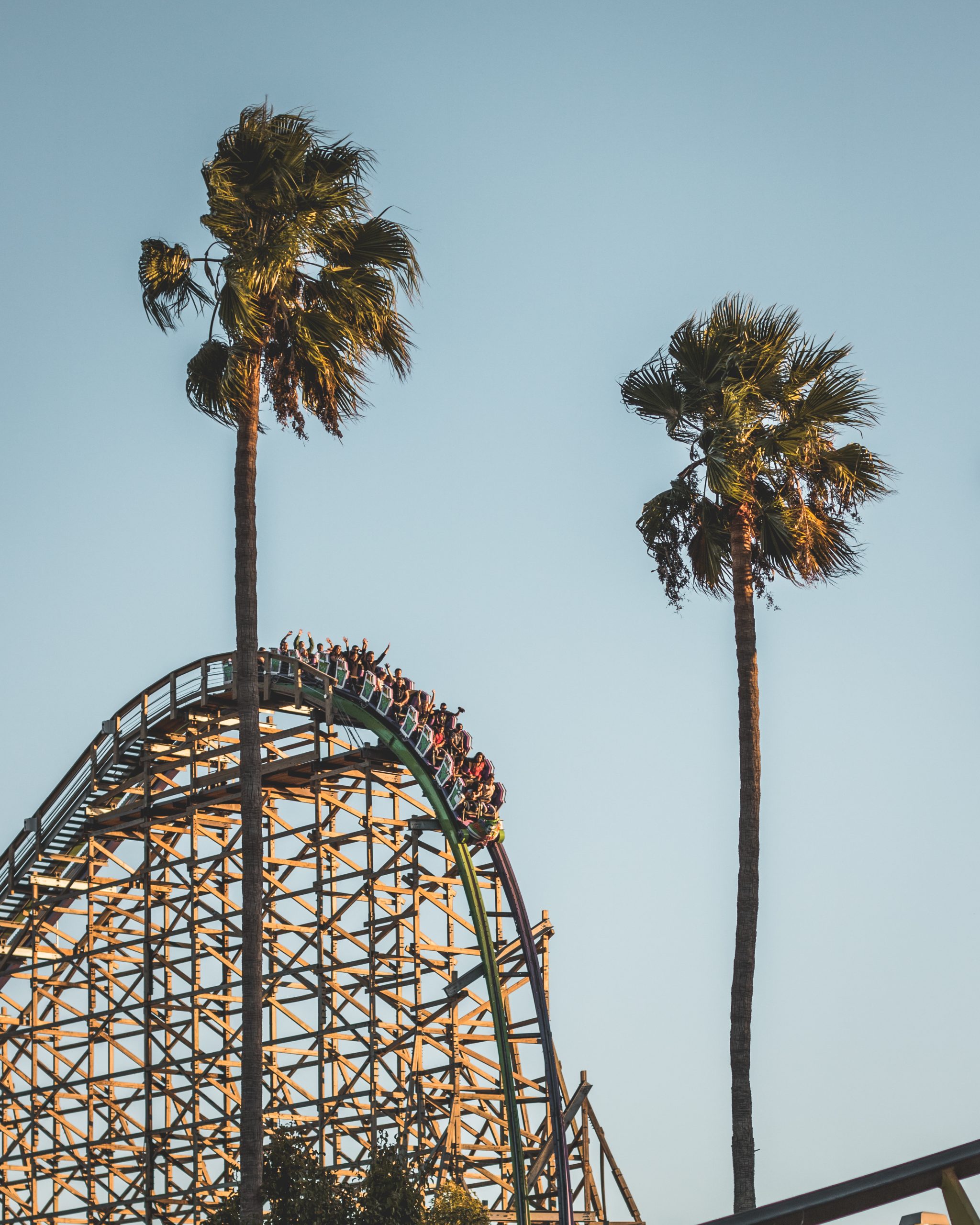