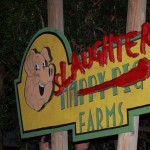 California Coaster Kings attended this year’s Fright Fest at Six Flags Discovery Kingdom! Thanks to the VIP maze-passes we managed to visit all mazes and Scare Zones! This year’s event had 6 ‘mazes’. In this particular review article, we’re looking at the 6 mazes the event had this year. Each is rated in 4 categories: Length, Scare, Set, and Experience. Each will also have a quick review!

Captain Bloat’s Shipwreck of Horror has an undeniably cool, interesting, and unique premise. As it is set in the actual shark exhibit, there is a lot of potential, which unfortunately we found to be somewhat untapped. The maze is very dark is general, but this isn’t enough to hide the short cheap looking sets and walls. The lights were turned off in the shark tank section which made it much more of an after thought than it has been in previous years. It’s all over in a somewhat short amount of time, and when you combine these factors, it just feels incomplete. Conceptually, it’s perfect for the park, it just wasn’t fully realized this year. 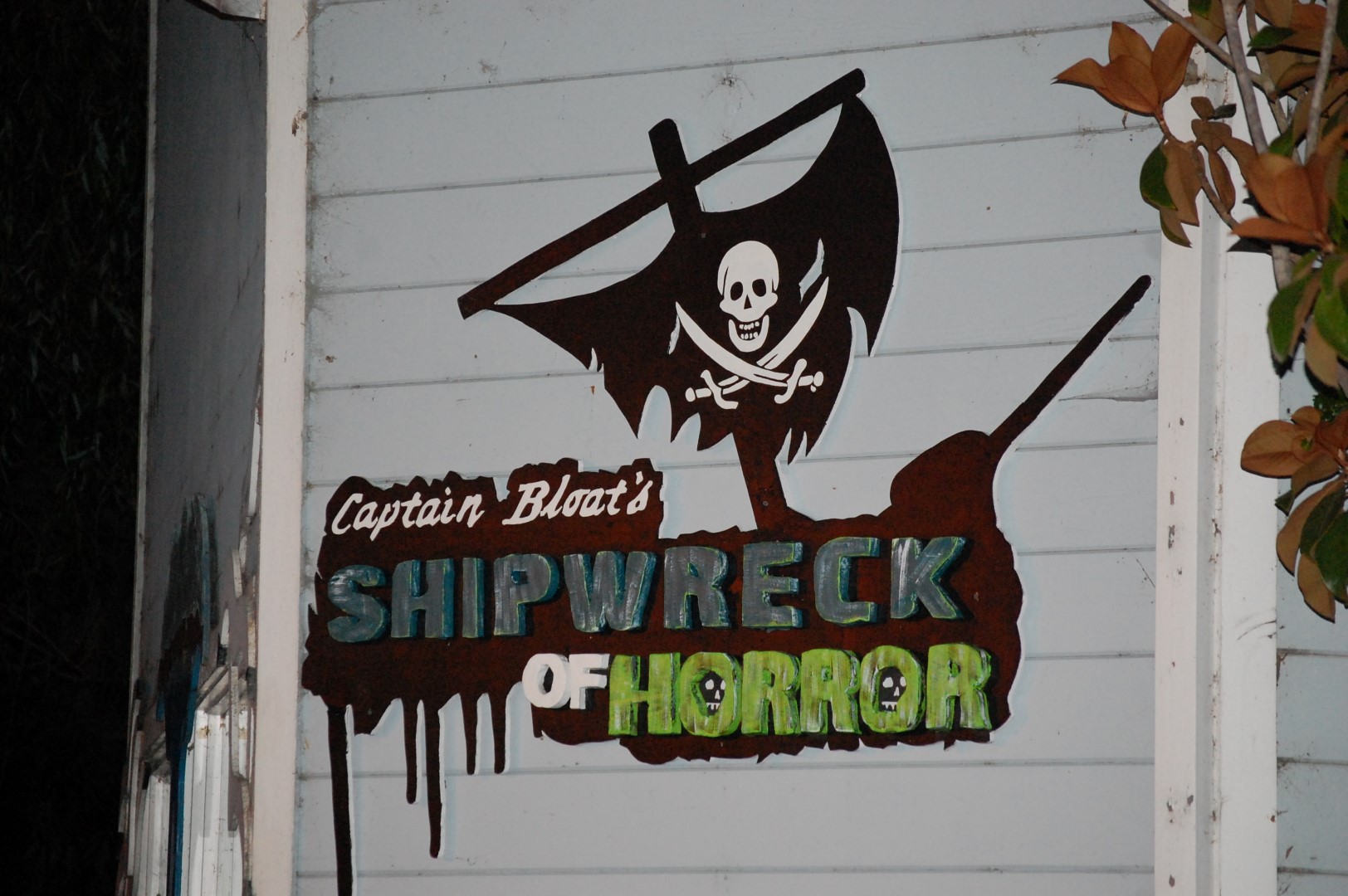 Scrapyard of the Dead is sort of the antithesis of Captain Bloat’s. It features a simple industrial theme, and basic fences and turnarounds in an all outdoor maze. This maze however takes excellent advantage of its theme, location and simplicity to provide guests will a surprisingly immersed and scary experience. As it is located next to an actual storage area for the park, the industrial theme really sticks, which is only further punctuated by a good mix of mechanical set pieces and props. Although there are some good jump scares throughout, it could stand to have just a few more actors sprinkled throughout to increase the scare factor. Fortunately, the maze is always quite a decent length which was very satisfying. Seeing as it is all outdoors, we highly recommend you wait until it is completely dark outside to experience this maze. Overall, it is one of the better Fright Fest attractions this year. 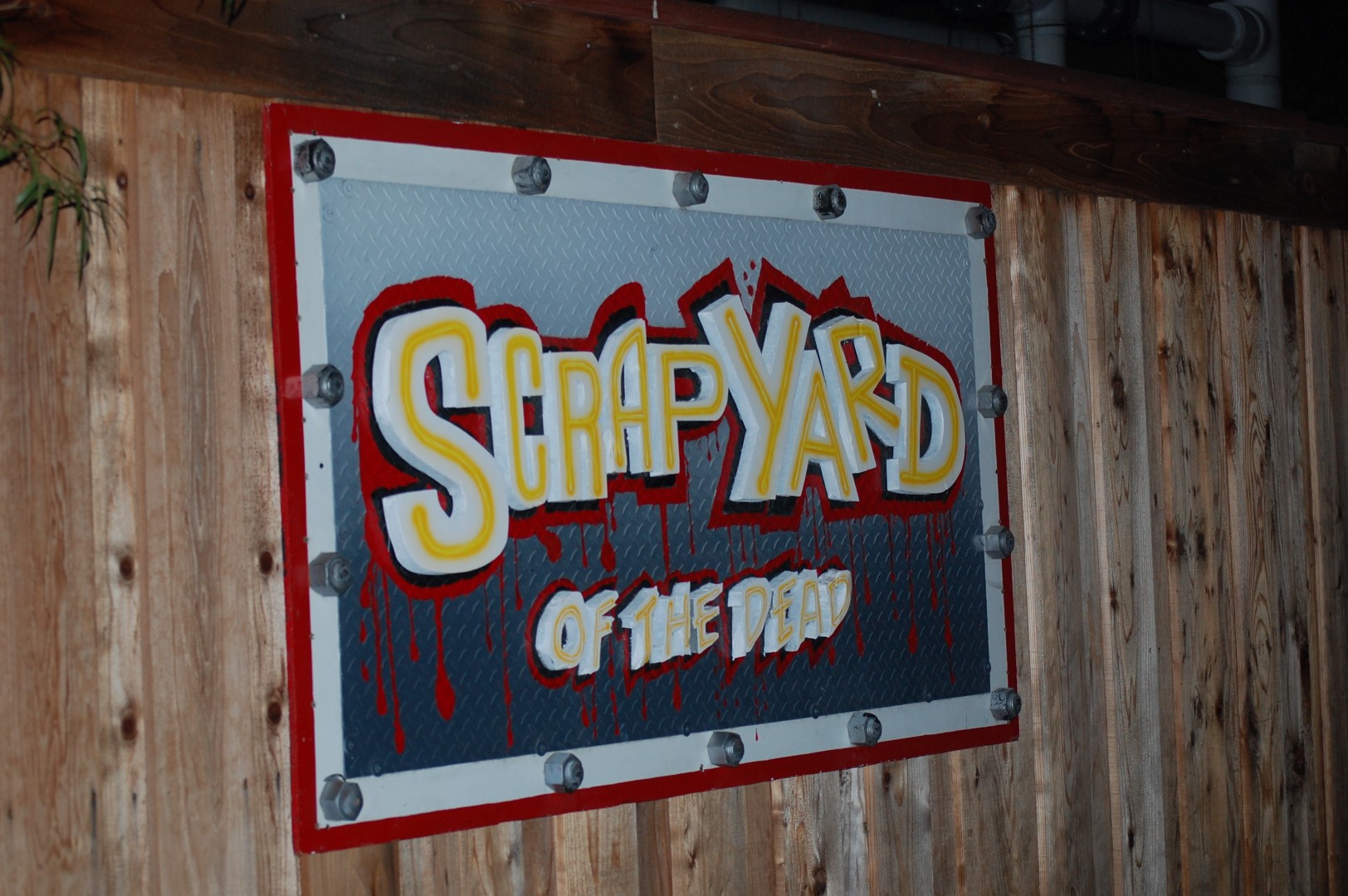 Making use of the defunct 4D Theater, Slaughter House Pig Farms features both indoor and outdoor sections, the latter of which making use of the theater. As it does make use of a relatively common theme, it would have been easy for this maze to be a bit bland, fortunately, as a whole we did not find this to be the case. The indoor section, with happens to be the middle section, is a bit of a hit-or-miss. Although there are some amazing practical set pieces and props, some rooms are rather empty and unthemed. The beginning section of the maze is less prop based, but rather banks on actors hiding around the corners for jump scares. The last leg of the maze which is also outdoors adds even more variety to the experience with some unhidden yet unsettling men with chainsaws. Seeing as it is separated into three distinct sections, the transitions between them could be smoother, making the experienced varied, but also a little broken. The maze could also use some more consistent scares, especially towards the middle, and as the maze’s length becomes apparent it starts to drag a little bit. Still, as a whole, this was a very enjoyable, varied, and frightful experience, and certainly one we recommend. 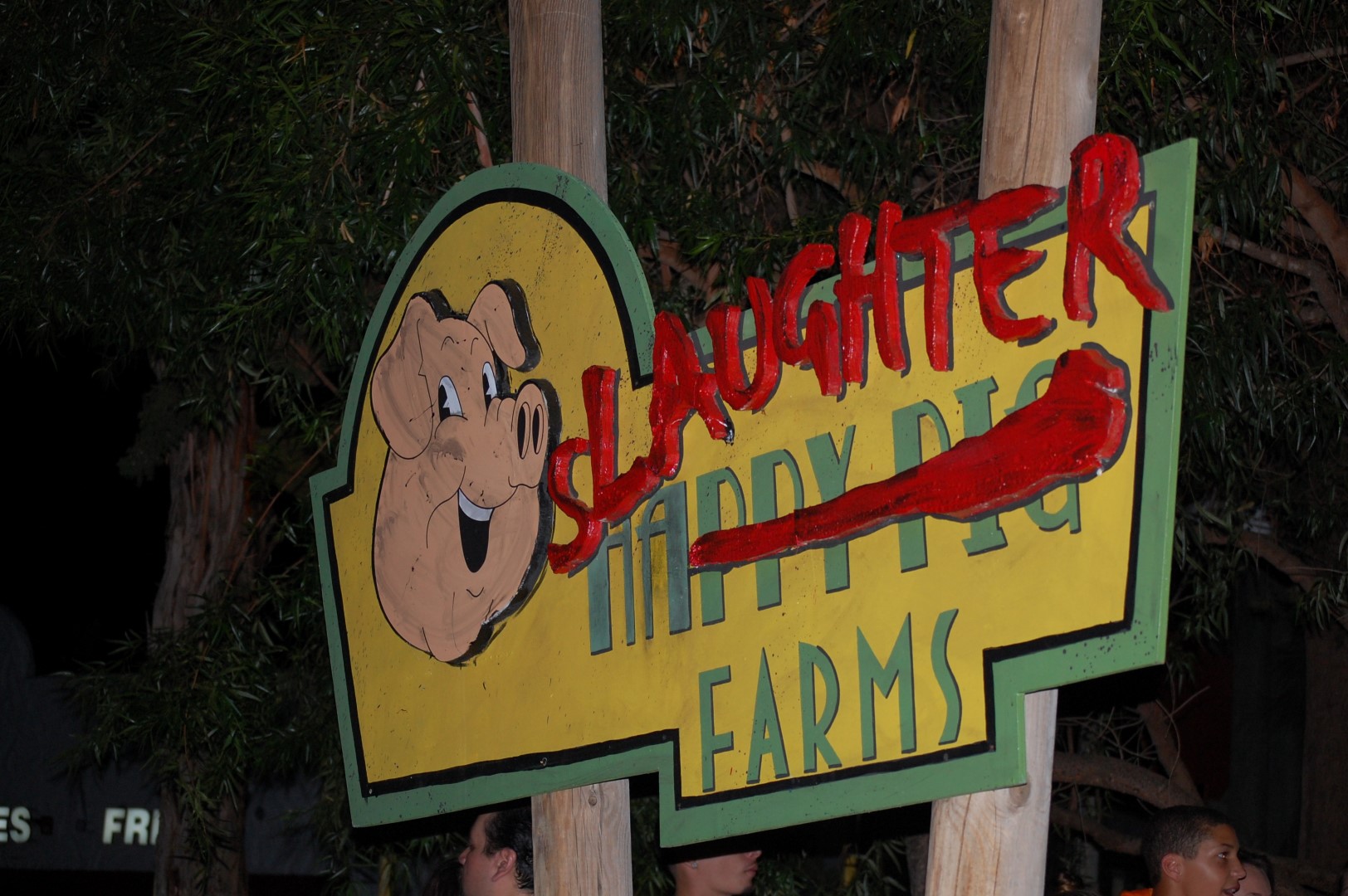 The Boathouse at Blood Lake was new for last year, and this year has really broken the maze in nicely. Its most obvious and detrimental flaw is its length, or lack thereof. The ending section especially feels very tacked on, with minimal theming and actors. The main indoor section of the maze perfectly encompasses quality over quantity. It is very well themed, creepily lit, fog filled, actor inhabited, and generally very impressive. Although the space is quite small, the lack of light and disorientation causes you to move through it quite slowly and draw out your experience. The actors in this maze are also quite talented and provide some great scares throughout the main section of the maze. The theming is quite well done as well, and feels very immersive as if you’re really at a haunted lake house. Making vast strides of improvement of last year, it is hard not like this detailed, albeit short maze. Though, there’s definitely still room for improvement in coming seasons. 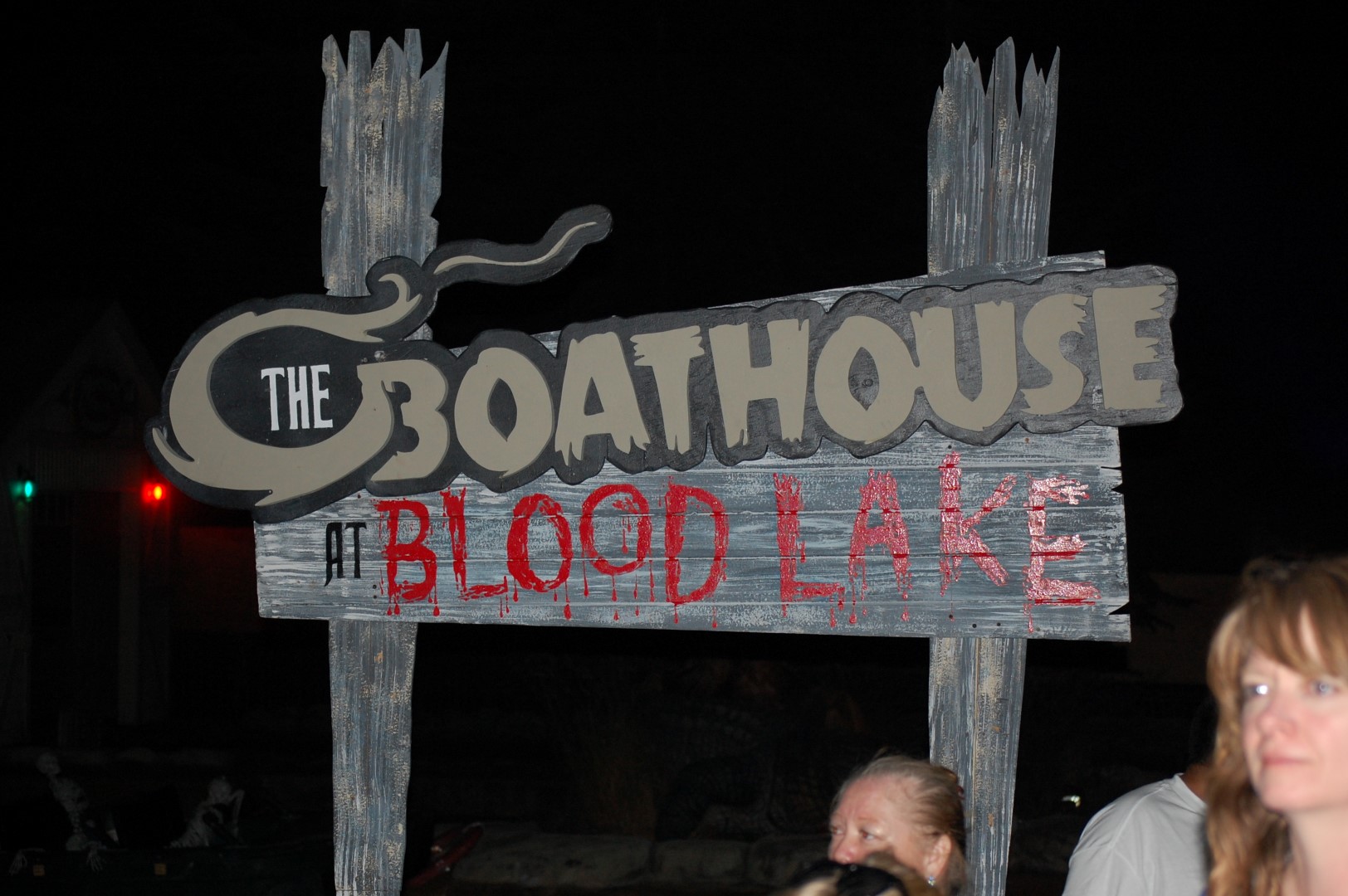 With a simple haunted house theme, story could have very easily taken a back seat in Nightmare Manor. Strangely enough, we found it to be the most heavily plotted maze at the event. Themed to Arsenic and Ariana, the twin girls who killed their father, the theme is well established with the pre-show room where guests are given some necessary exposition. The twins shows up throughout the maze until the very last scene making this maze feel the most fluid and story based. Aside from a rather long and actor-less door section, the sets are well done and fit well with the theme. Unfortunately, this maze could really benefit from some more actors in some more clever places. The scares are scarce and predictable which is this maze’s main downfall. We still enjoyed this maze for its theme however, so out of the six available, you’ll want to give this one a try. 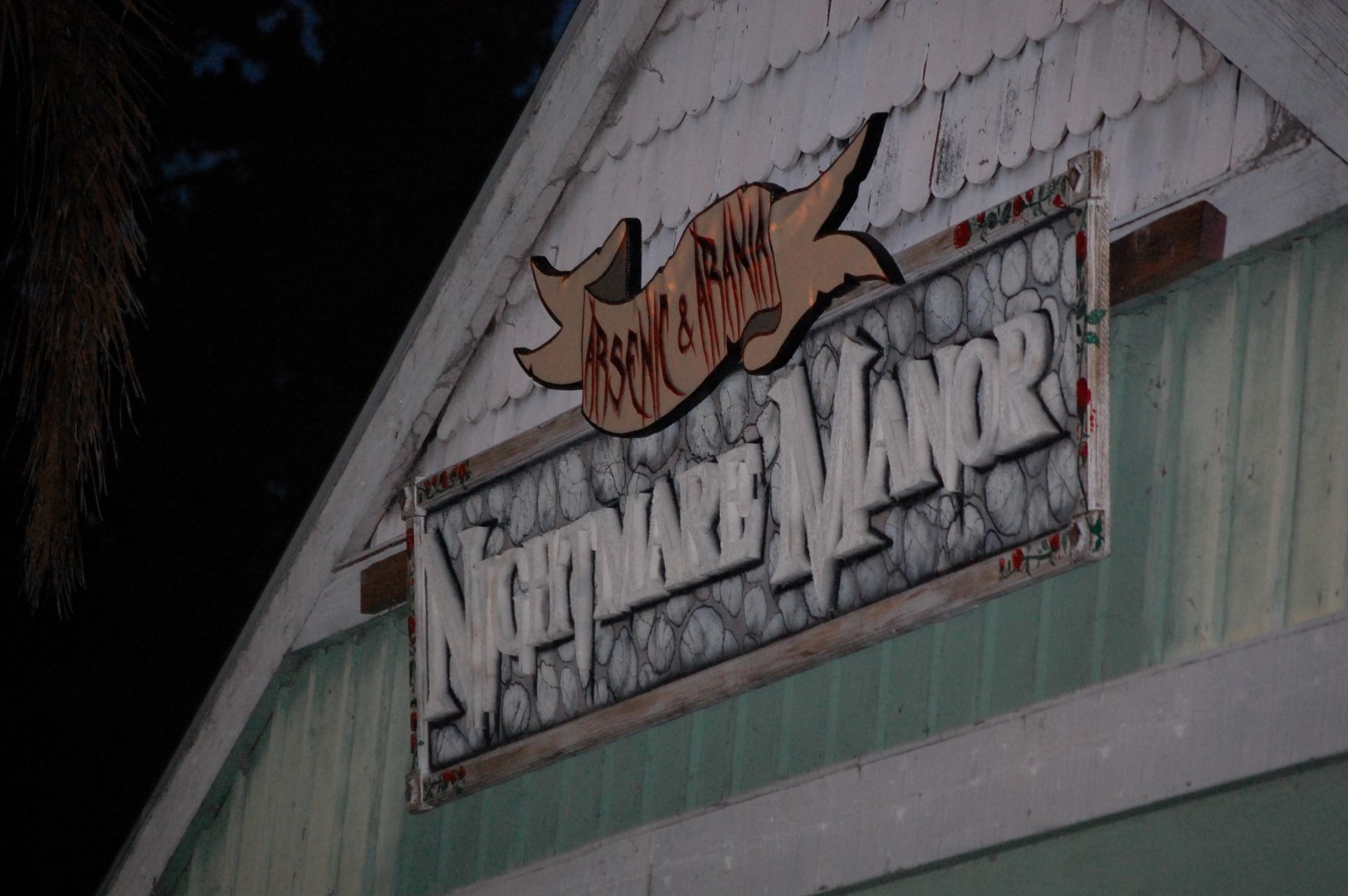 All new for 2015 is Carnevil, and we must say, this maze is truly a gem. Taking advantage of the relatively small space adjacent to the food court, it is cleverly located under the large white tent which really gives the theme some substance. Now the word maze is common terminology for halloween events, but the middle section of Carnevil really is a maze leaving guests confused and scared. The scares are perfectly placed in this section to give just the right balance between scares and the anticipation of them. Combine this with some excellent costume and set design, some very clever and creepy scares, decent length and a fantastic animatronic finale, you have quite frankly the best maze in the park. There are plenty of memorable moments such as the strobe light checkered room which will leave you very disoriented. The actors are so invested in their roles, they go so far as to follow you out of the maze just to cap off the experience. It would really be too bad to miss what is arguably the best maze in this half of the state, so do yourself a favor and don’t. 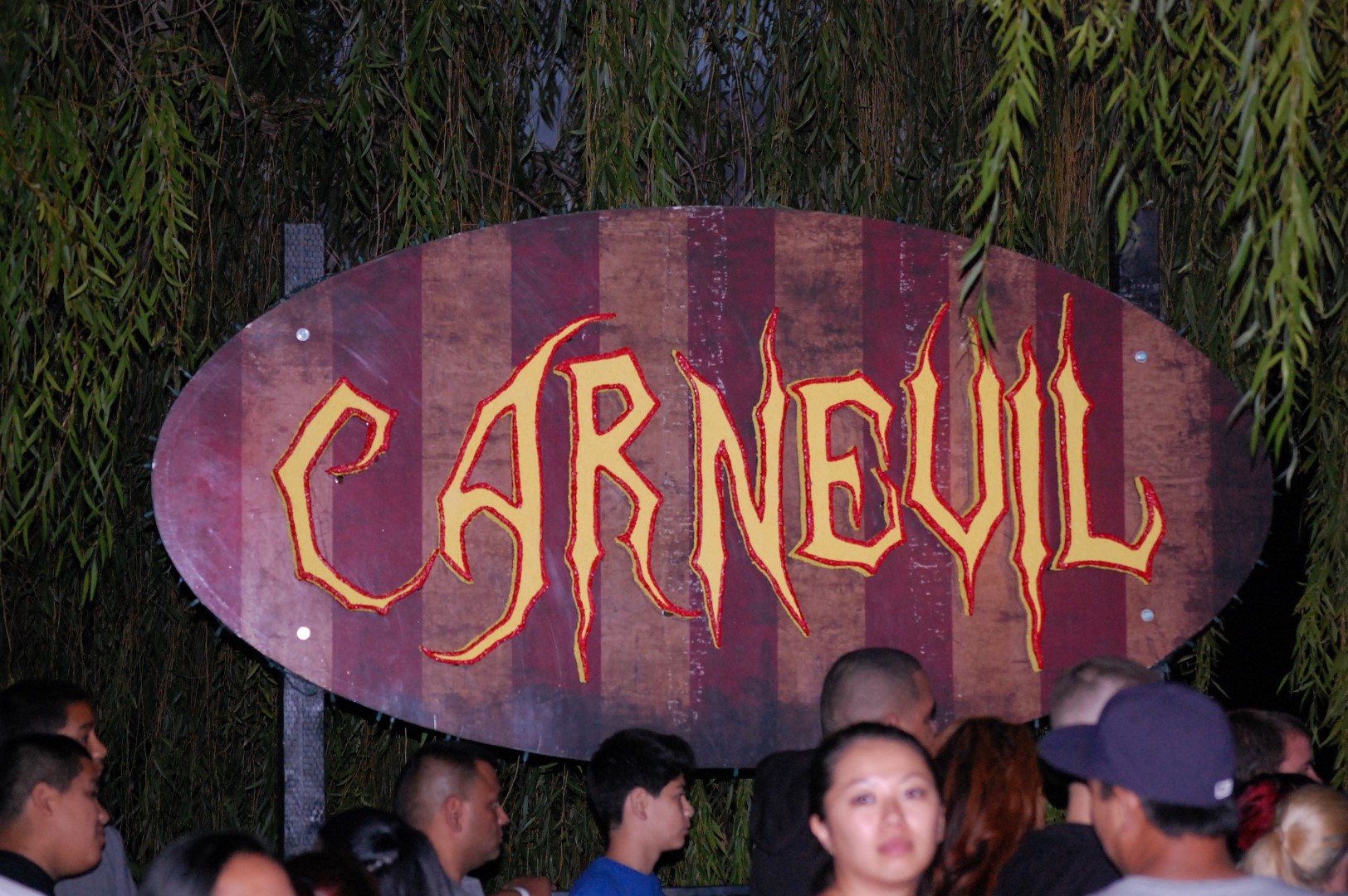 Overall, Six Flags Discovery Kingdom features some very enjoyable mazes despite the occasional disappointment, and the event is certainly worth checking out. It may not compare to some of the larger Southern California events, but most of the mazes are at least enjoyable with a few real standouts, so head over and check it out!

Thank you for checking out the Maze Ratings and Reviews of Six Flags Discovery Kingdom’s Fright Fest 2015, we will have the Scare Zones Reviews LIVE soon, so check back! In addition, share your thoughts of the mazes with us below! What’s your favorite?