Sean: In this mix of our Northeast trip reports of some of the continent’s best theme parks and our NorCal trip to hit every coaster in the state of California, we now launch our report of our Six Flags Discovery Kingdom late-summer visit a few days back! The park was a bit of a struggle in the past season or two, but we had a wonderful time!

One of my all-time favorite skylines is that of Six Flags Discovery Kingdom. It may not be the largest, but due to the lake it is situated on, and the 150 ft height restriction imposed on the park, the skyline looks packed and exciting. Add a bunch of color to all of the rides and you really do have a lovely skyline! 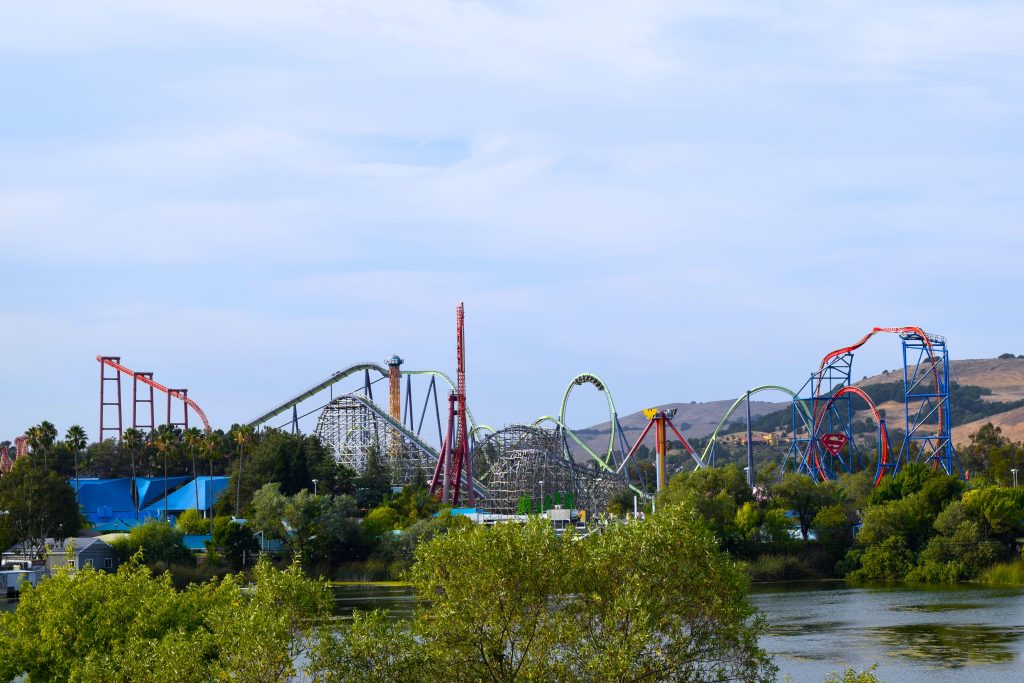 On your way in you, of course, pass under V2: Vertical Velocity. Which is still incredibly visually pleasing but since Superman and Joker opened just doesn’t stand out anymore. It is also running very inconsistently and it runs rather sluggish. The ride is incredibly expensive to run, and I have a feeling it’s on the way out soon. It’s not like they’d lose a multi-launch inverting shuttle coaster, as Superman: Ultimate Flight is just a few feet away. 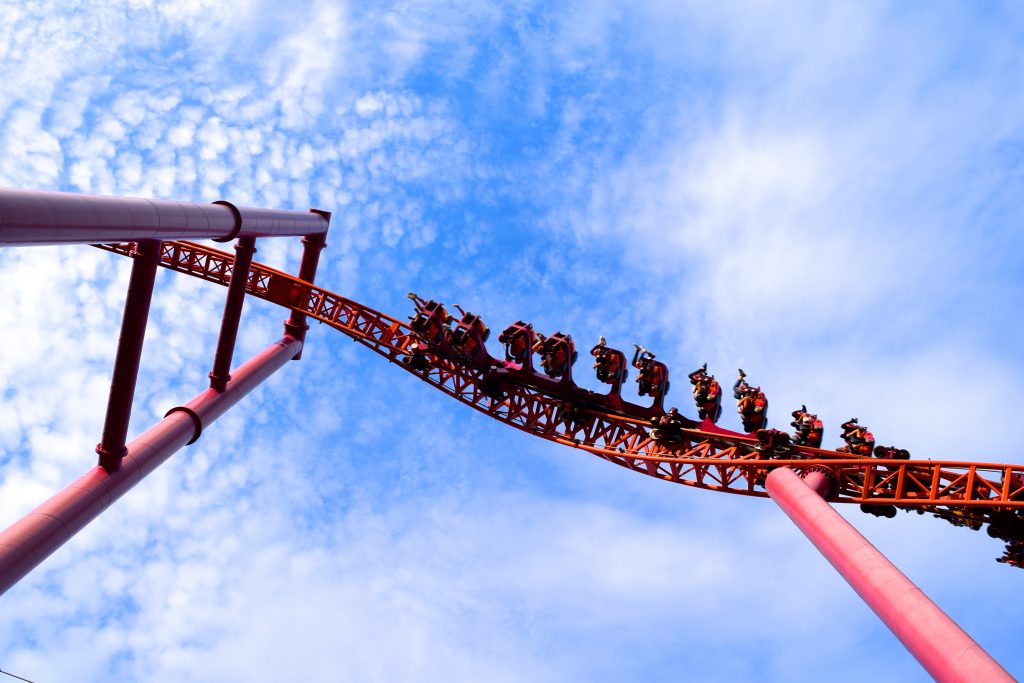 The plaza that V2: Vertical Velocity is located in is now majority DC Comics themed with rides such as Superman: Ultimate Flight, The Joker, The Penguin, and the brand new Wonder Woman: Lasso of Truth. I wouldn’t mind seeing the V2 spot used for an S&S Free Spin themed to Batman. 😀 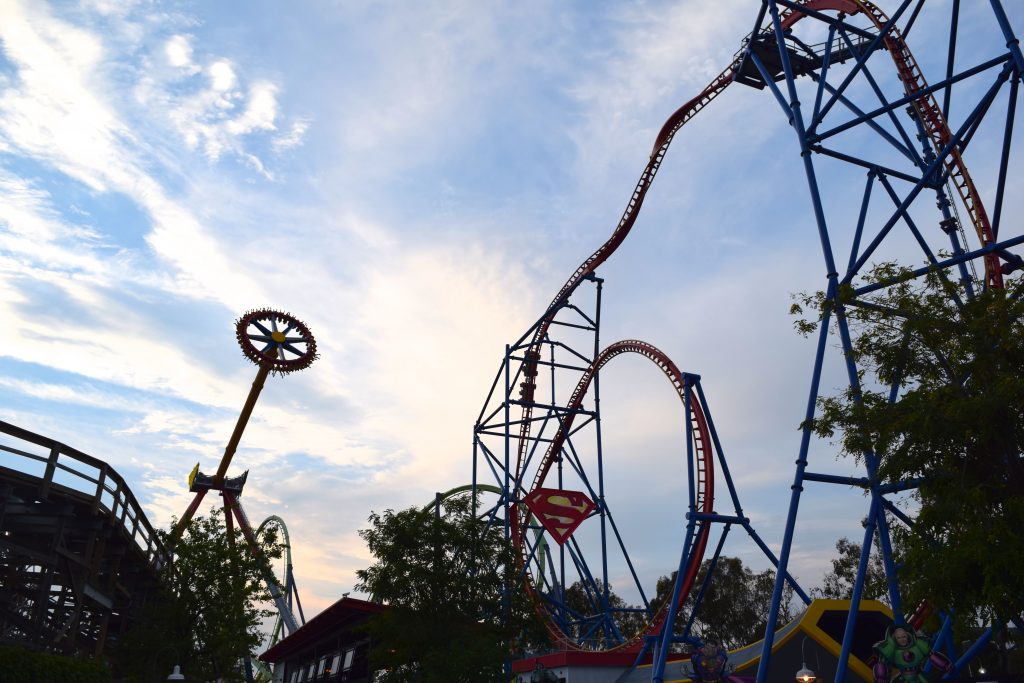 Superman: Ultimate Flight is still running incredibly well, and the staff does an outstanding job of dispatching over 35 trains an hour. Which is seriously about as good as it can get for a ride like this. Kudos Six Flags Discovery Kingdom! 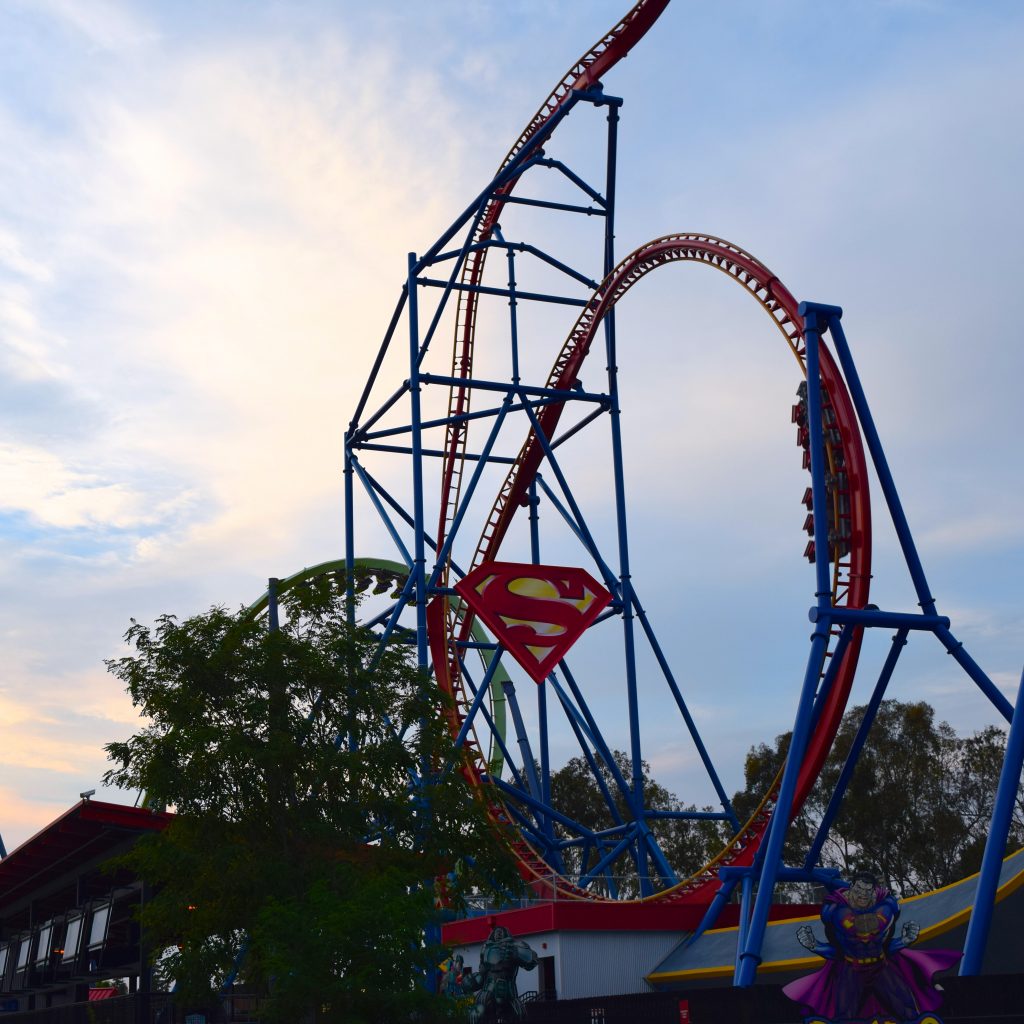 Let’s talk about Wonder Woman: Lasso of Truth for a bit! We published about it earlier this summer, but I just can’t help but reiterate how perfect this ride is for the park. It utilizes a spot in the park that was just too small to build anything else, and the ride packs a punch with lots of air. In fact, it’s the fastest ride at Discovery Kingdom. In addition it’s location between the three flagship coasters at the park (Medusa, Superman, Joker) is perfect. It was unclear to me how nicely it interacts with the surroundings ’til I finally personally got a chance to ride it! 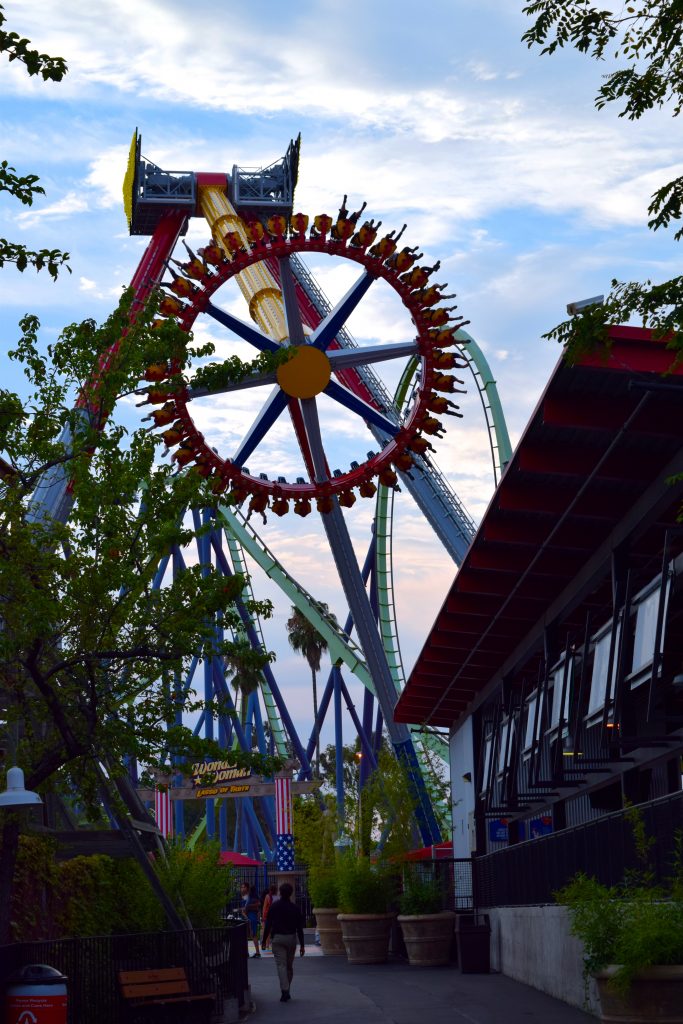 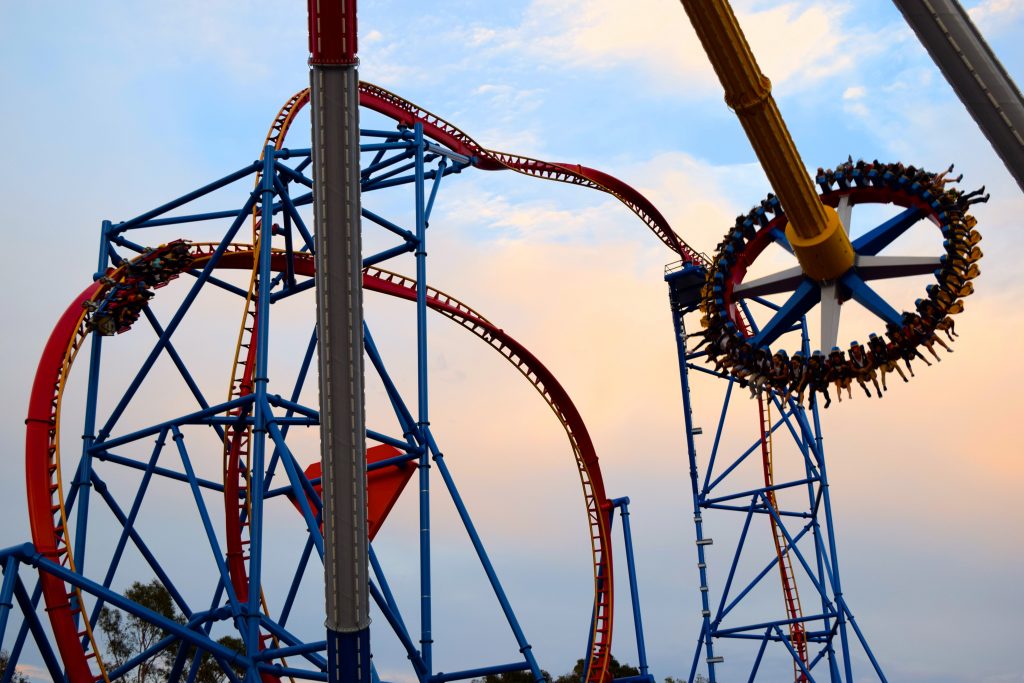 The ride, much like Joker, has red rock gravel surrounding the queue and supports, making it look very presentable. Funny how Six Flags Magic Mountain laughed at that idea when we suggested it for Scream! 😛 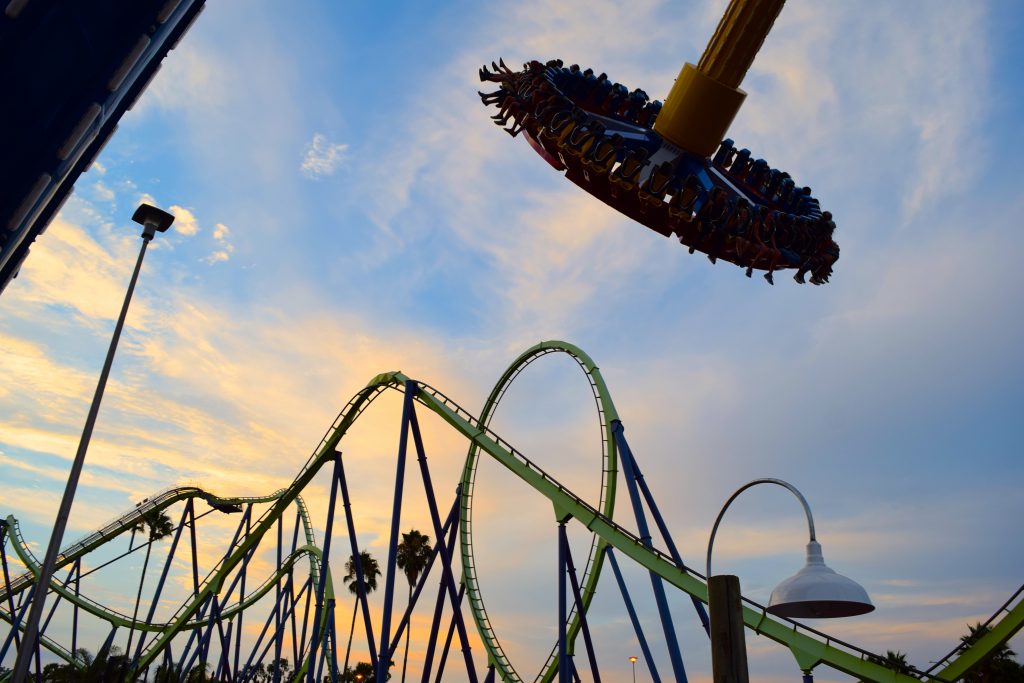 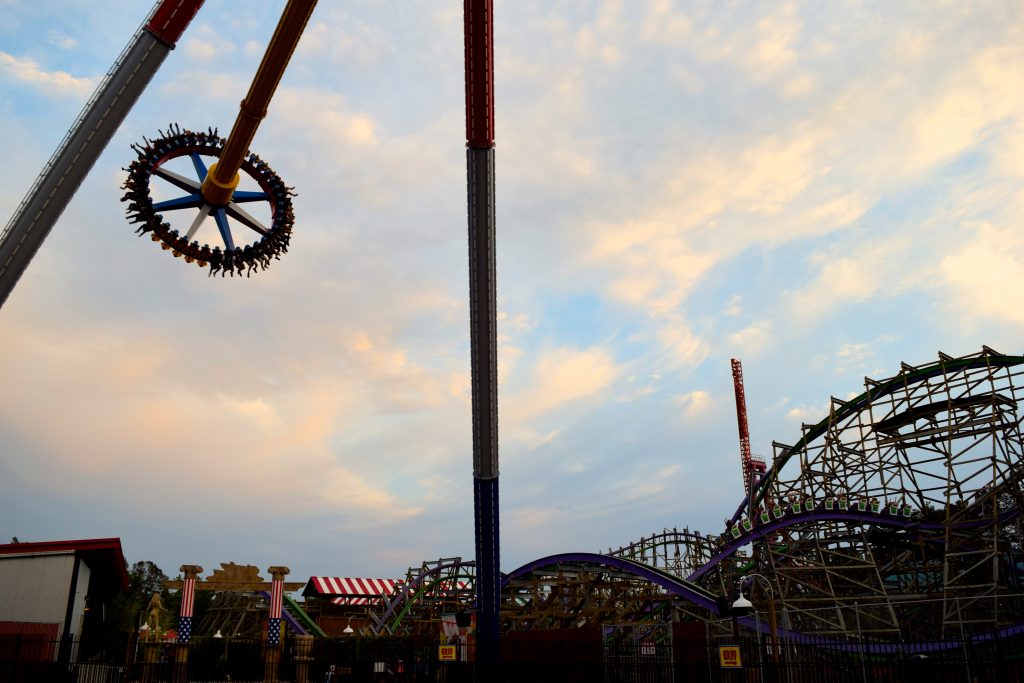 Medusa is still the park’s most popular coaster I feel, during our time at the park Medusa‘s entire switchbacks and outside queue were filled with guests. Thanks to the great operations that line was only a mere 45 minutes long. 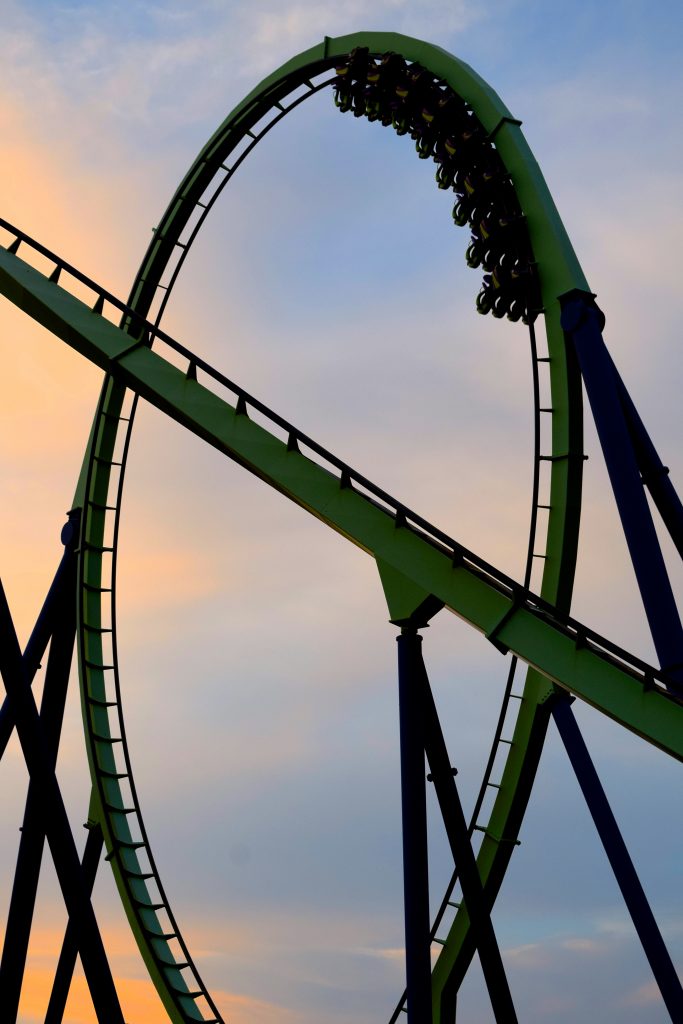 As of 2017 it is still Northern California’s largest coaster. That will change in the near future with California’s Great America’s new additions, but it’s awesome that this coaster has been the largest for the past 17 years! It still runs very well and is one of my favorite floorless coasters for sure. 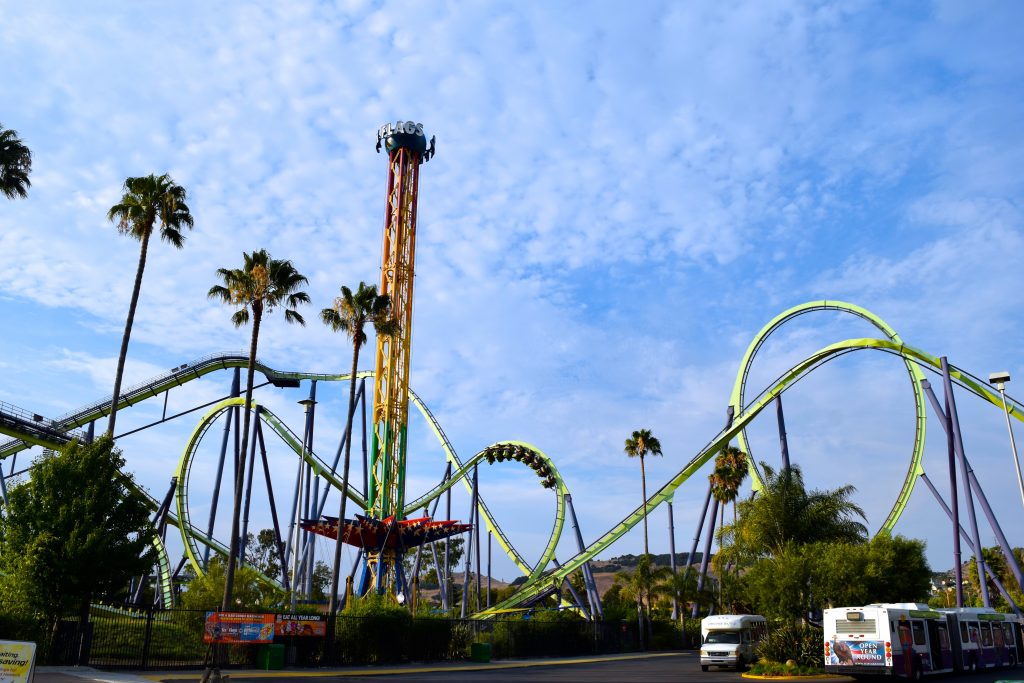 The best coaster at the park in my opinion is The Joker. Which is running significantly better now than it did when it opened. There’s not a single moment on the ride that I dislike, and Alex rode it for the first time on this trip, having ridden all RMC Hybrid coasters. He loved it and considers it to be in the top half! 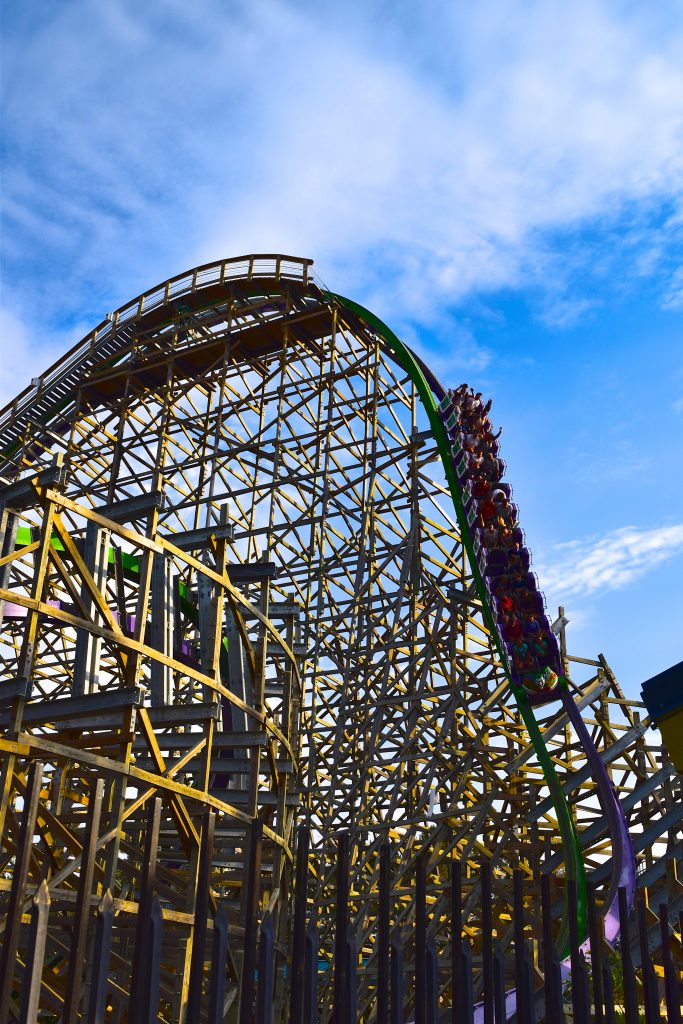 For those who haven’t ridden The Joker since opening, I highly advice you get back to Discovery Kingdom and give it another go. It is just much better now. They also have the dispatches down! They dispatch without stacking. #goals! 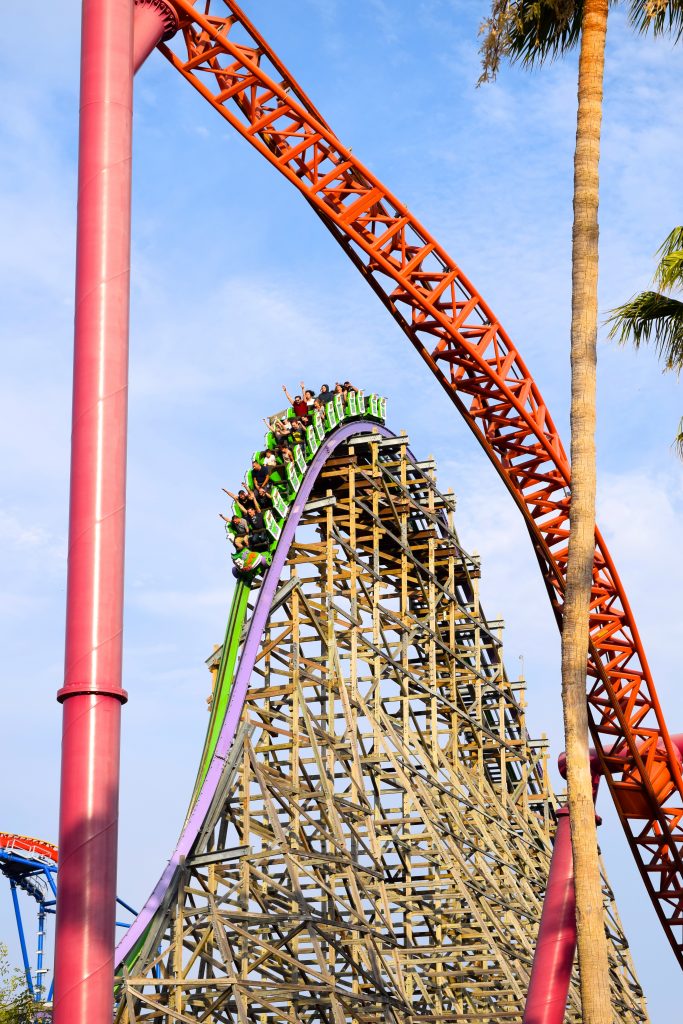 I really appreciate the views of Joker you now get from around Wonder Woman: Lasso of Truth’s exit and entrance! 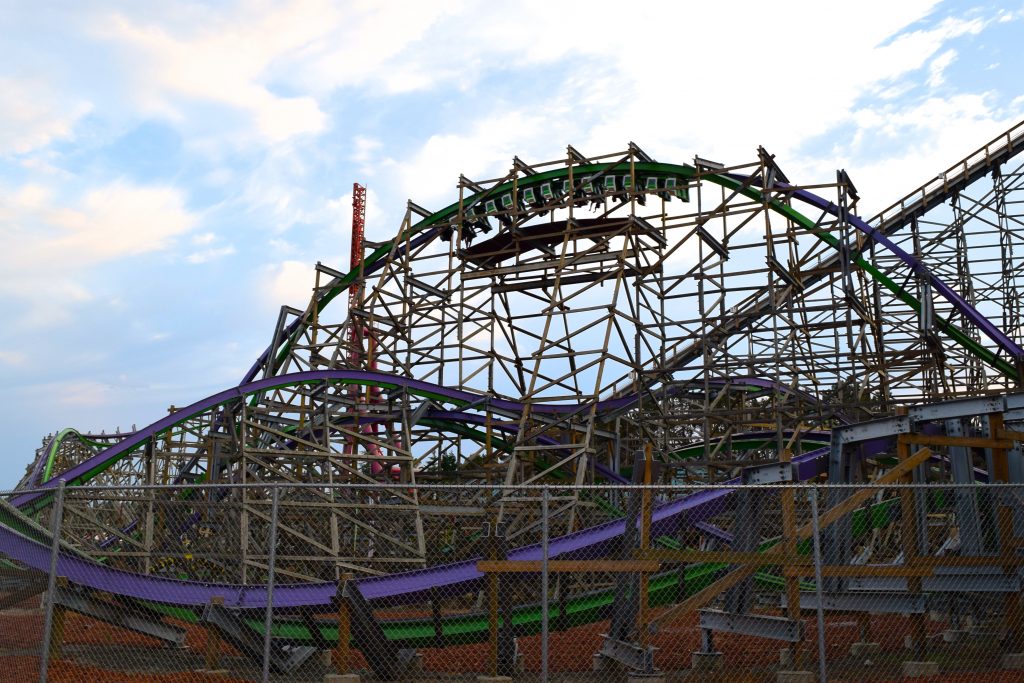 And for those who have never ridden Joker, this “asian camelback” element is one of the best, most surprising parts of the ride, where it quickly throws you out of your seat. In addition the experience is just totally different in the front and the back! 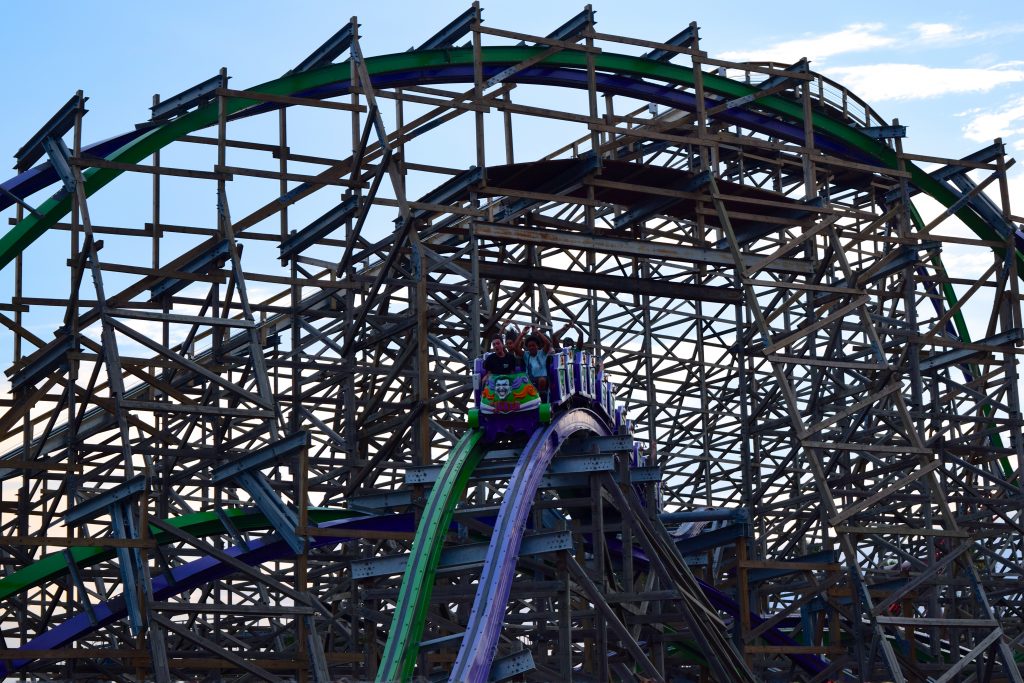 One of the park’s most distinct attractions, and one of Alex’ favorites, is the Butterfly Garden! <3 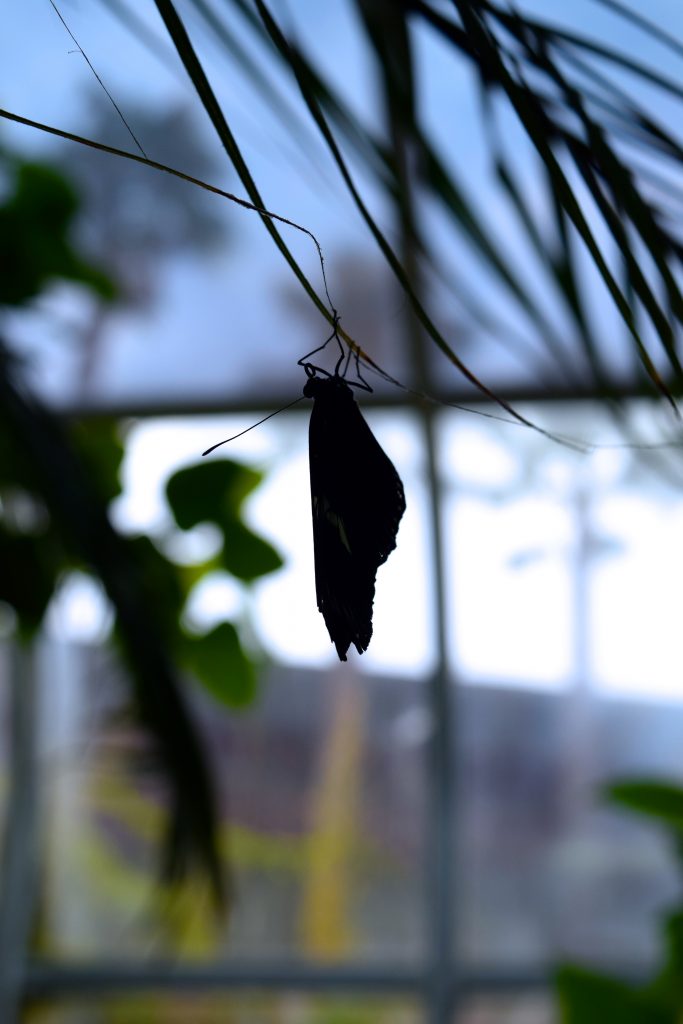 In times of weird changes around Discovery Kingdom, and with a future that will likely move way from animals, we’re very appreciative of the park taking such good care of the Butterfly Garden. 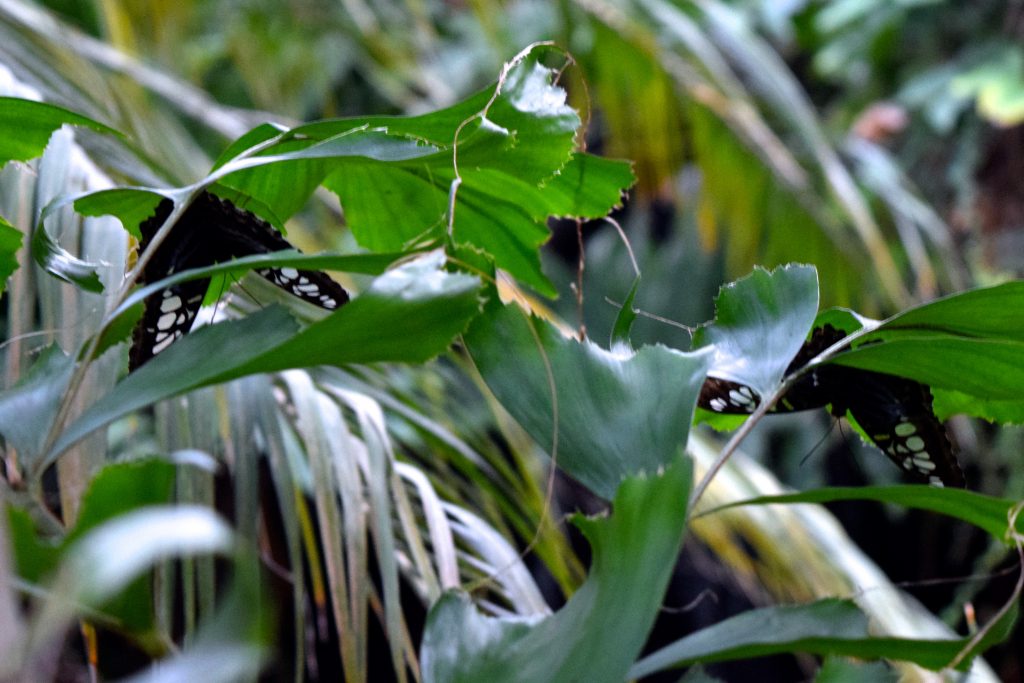 Okay, so I must be honest they’re beautiful and terrifying up-close. Always thought this. 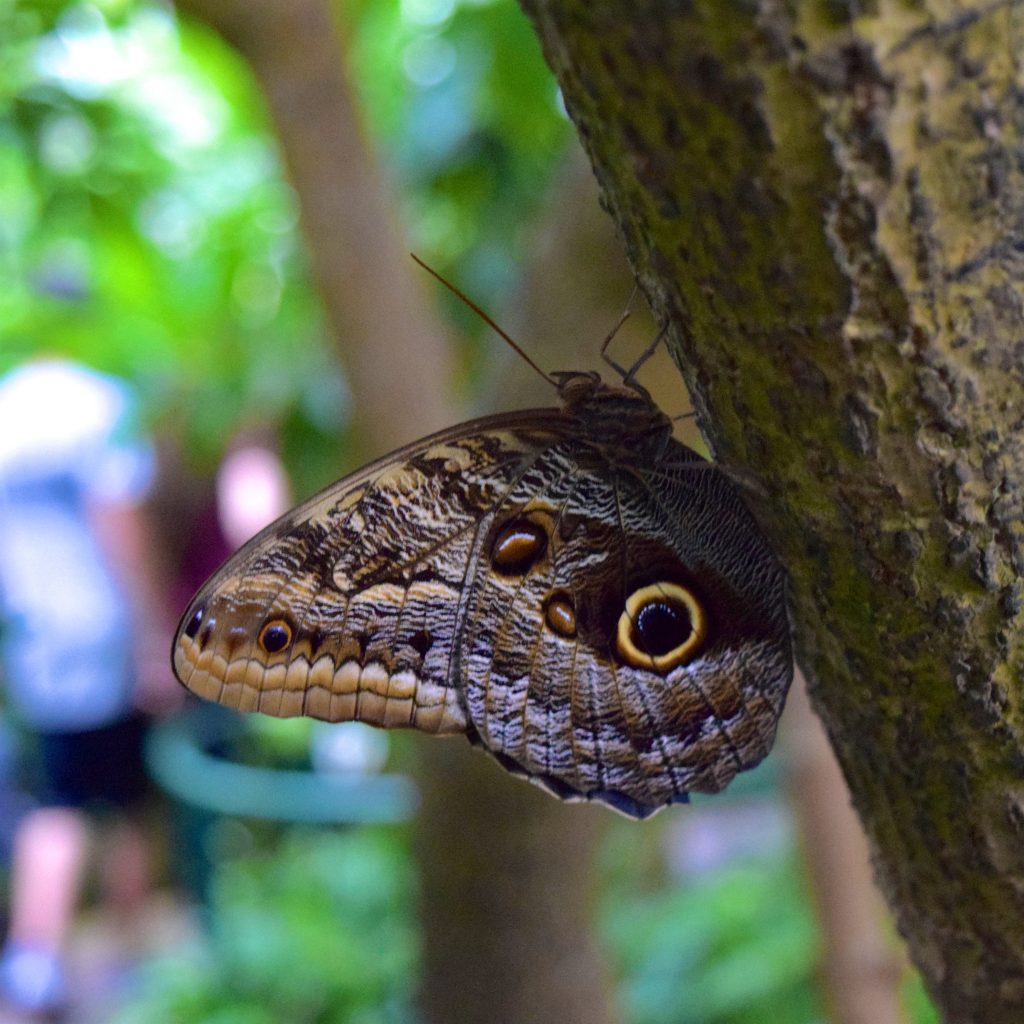 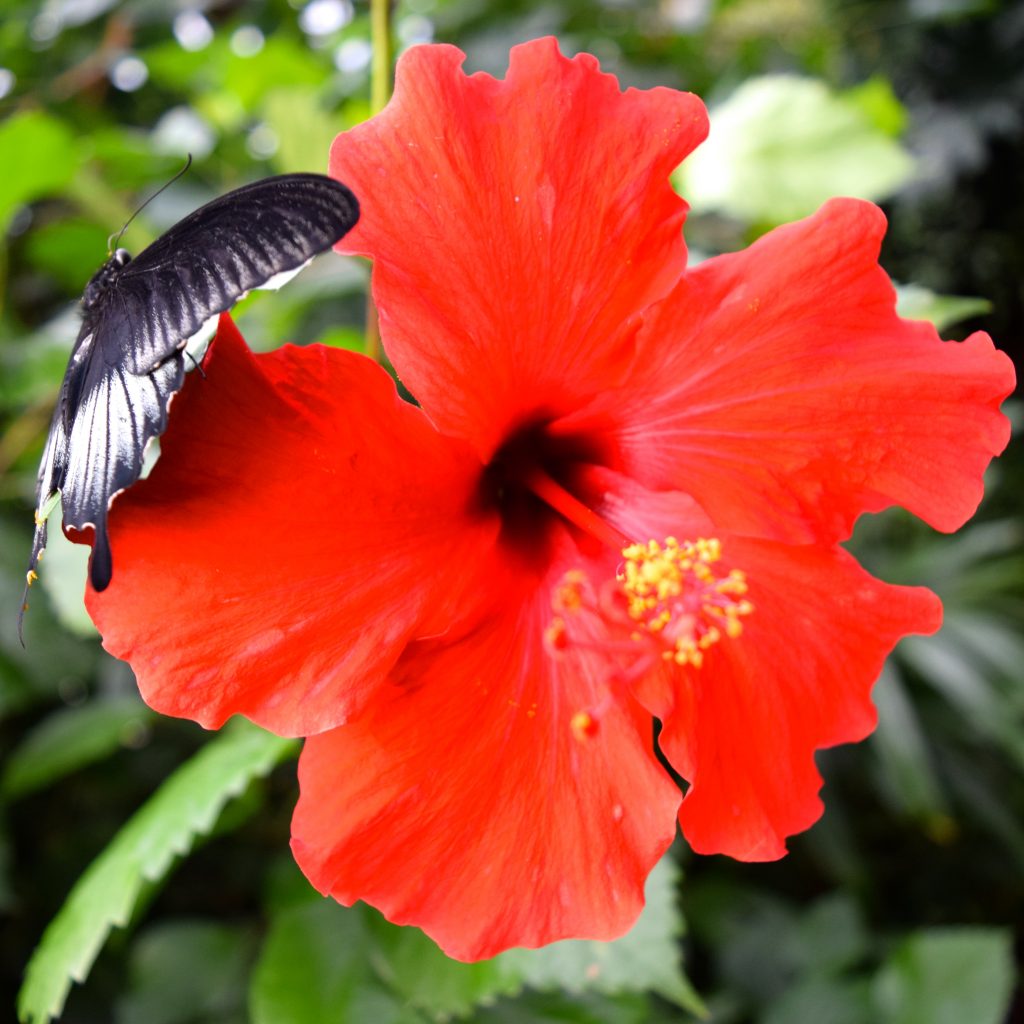 Something special we got the chance to do with Captain Lee was feed and pose with Maxim! The park’s largest tiger! I am 6 and half feet. And then here’s Maxim towering over me <3 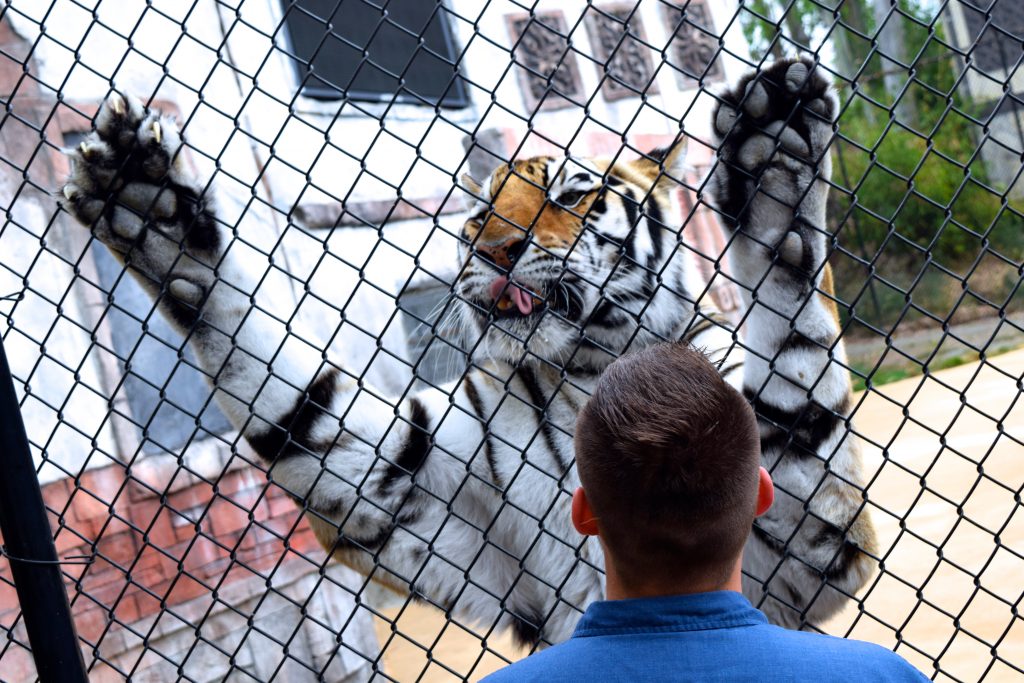 Alex and I are both obsessed with cats, and thus Six Flags Discovery Kingdom’s multiple tiger habitats and educational presentation are some of our favorite attractions. Maxim loves milk by the way: 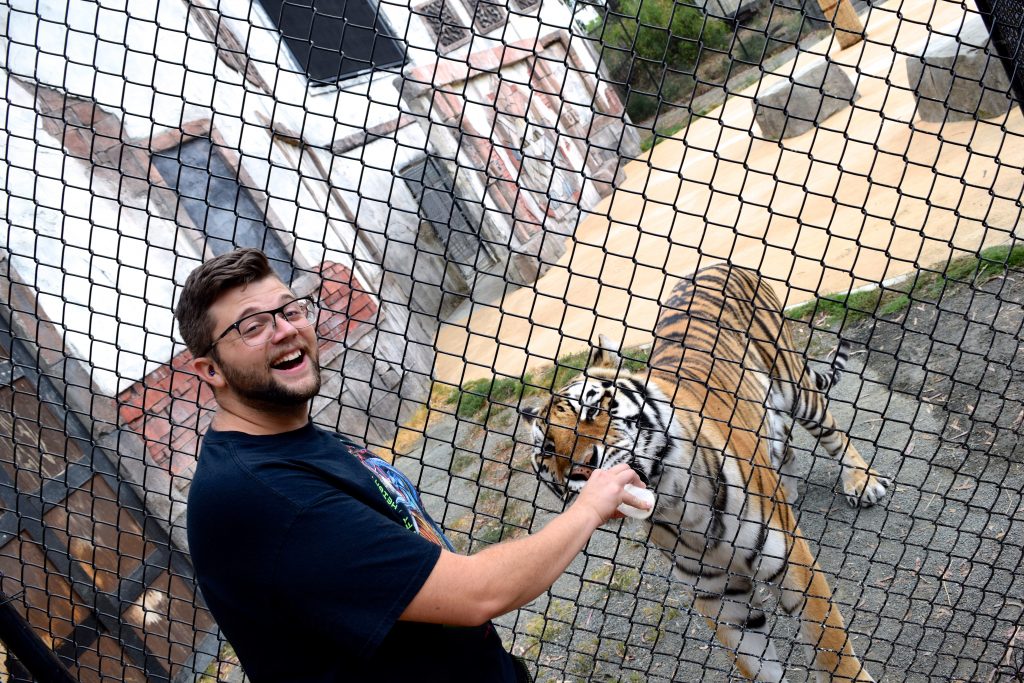 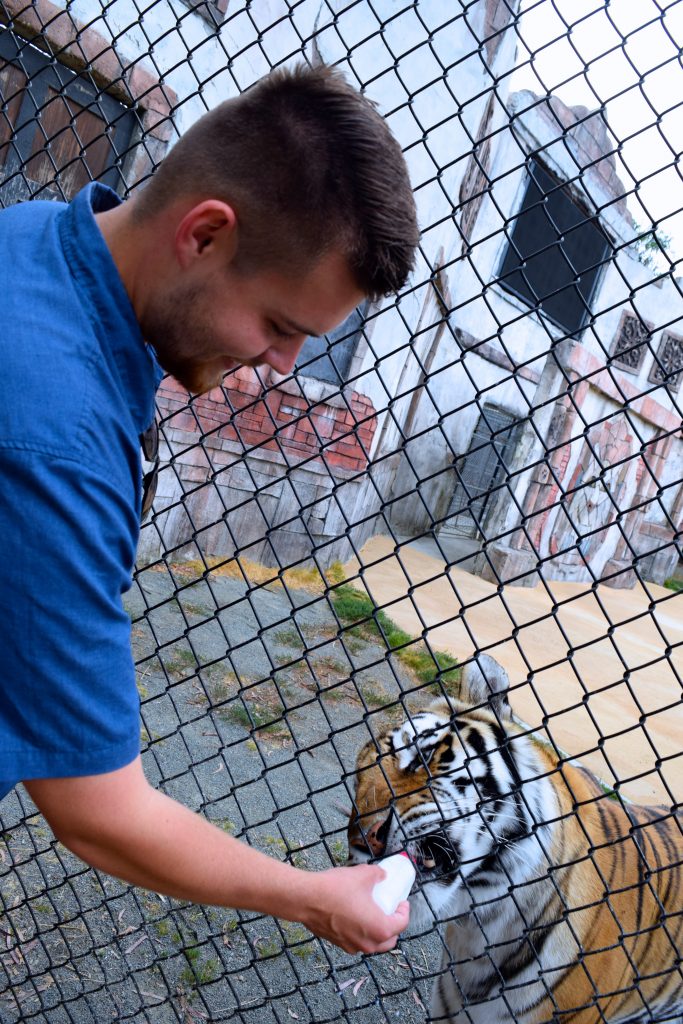 The park is very proud of their tigers. You may remember when Odin’s under water dives became world news years ago. He has shown every tiger at the park how he likes to dive into the water, and most (if not all) of Discovery Kingdom’s tigers swim and dive :D. Mind you Alex, much like me, is also a tall dude: (also Viper shirt is on point, you know how much we love Viper here at CCK). 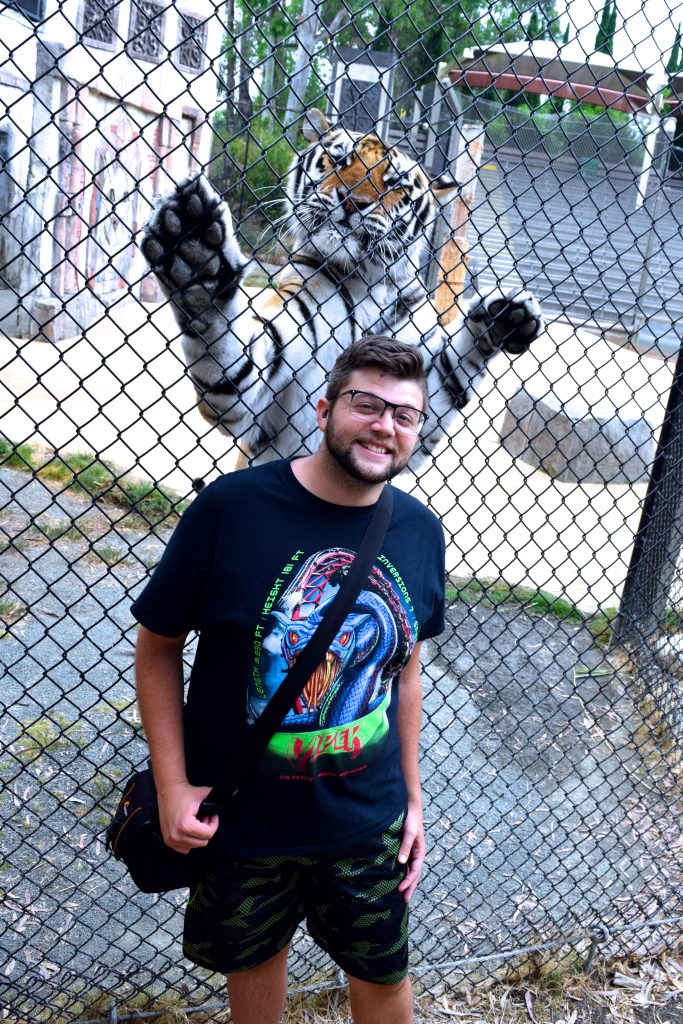 Thank you Captain Lee for hanging out with us and letting us feed Maxim. The adorable giant tiger <3 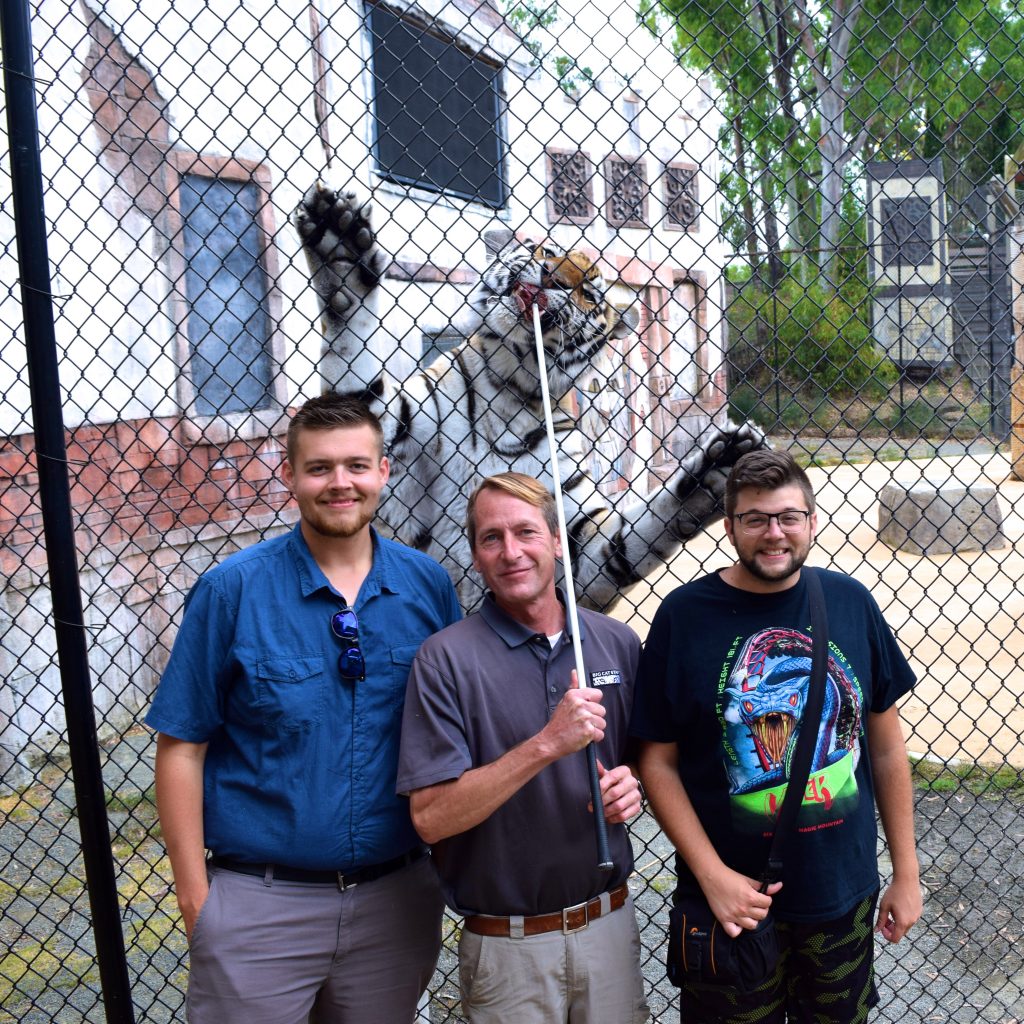 That wraps up this part of the Northern California tour we just finished! Check out our California’s Great America report from the day prior, here!